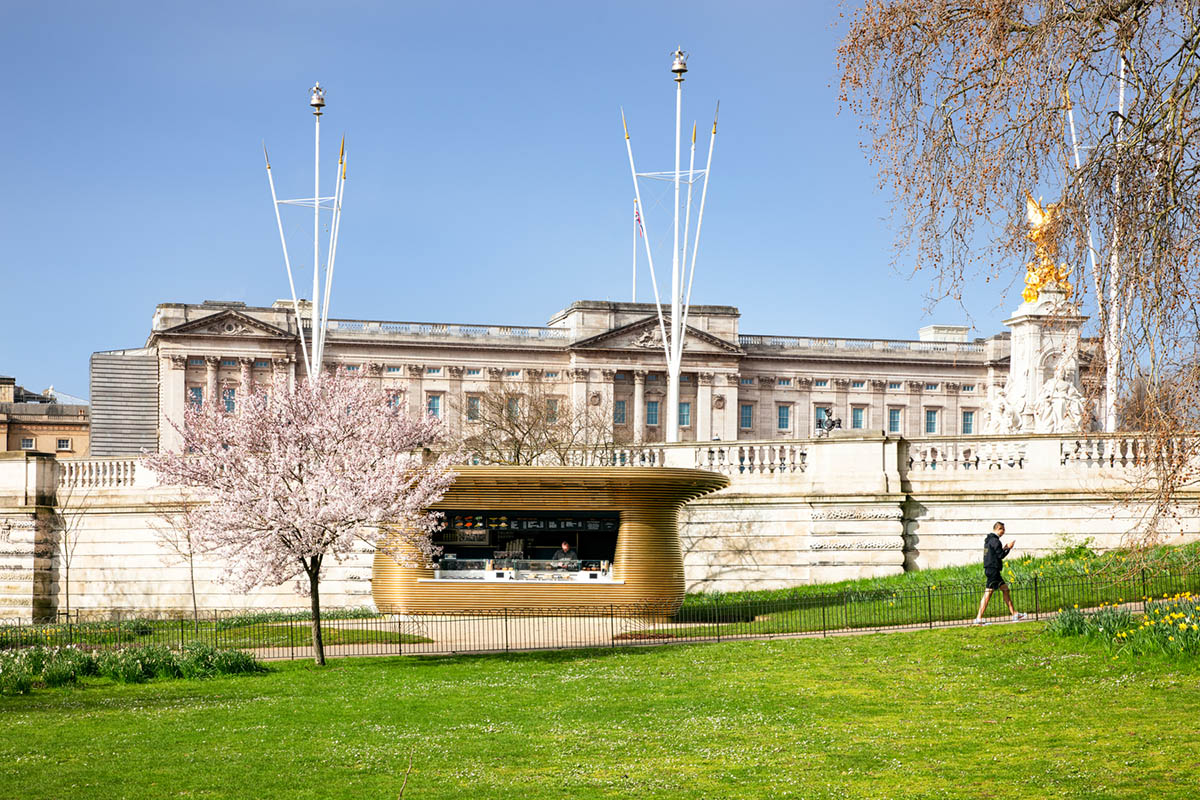 London and Malta-based firm Mizzi Studio has built a coffee kiosk made of a sculptural brass skin with handcrafted details in London, United Kingdom.

Presenting elegant detail, it has a rounded form and tubular brass skin, which wraps the structure and marks the coffee kiosk from afar. The kiosk showcases itself as a whole by complementing the landscape. 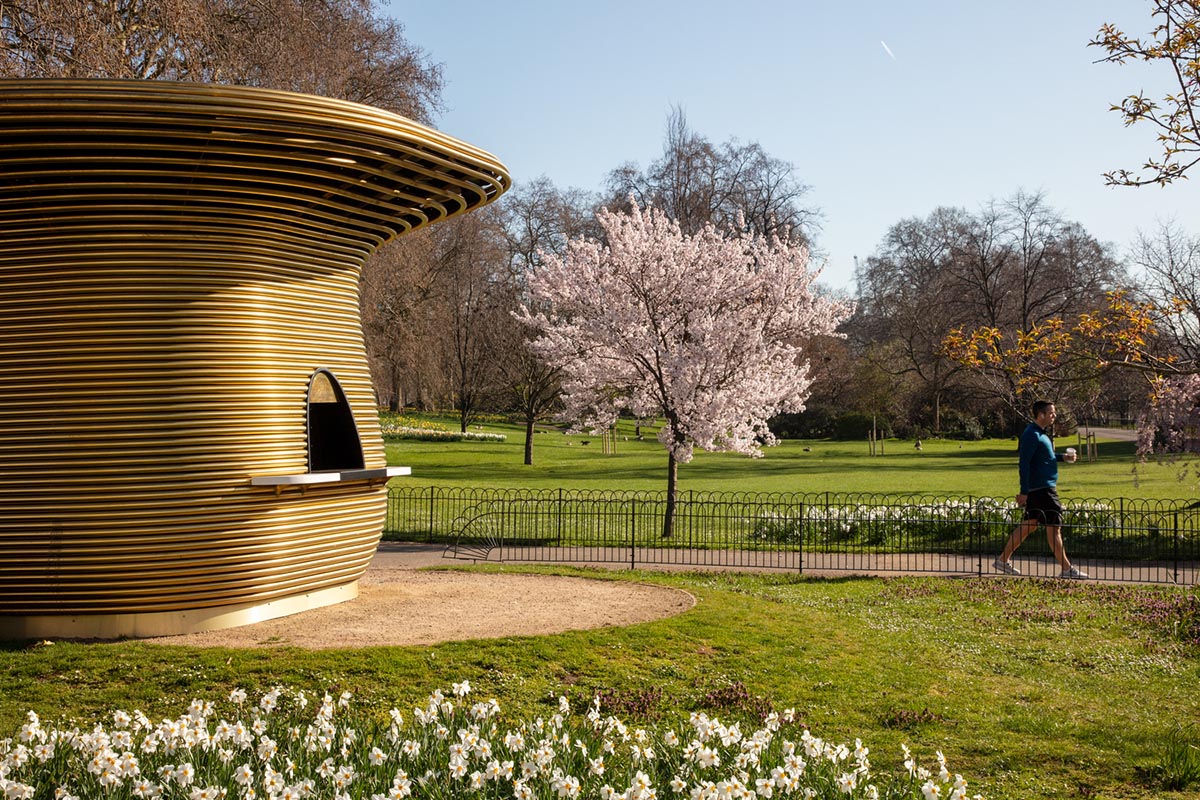 The kiosk is clad in tubular brass and mirrors the ornate precious metals of the nearby Sir Thomas Brock’s Queen Victoria Memorial.

Mizzi Studio's organic-inspired design responds sympathetically to the Grade I listed landscape and embodies the ethos of The Royal Parks as a sustainability leader. 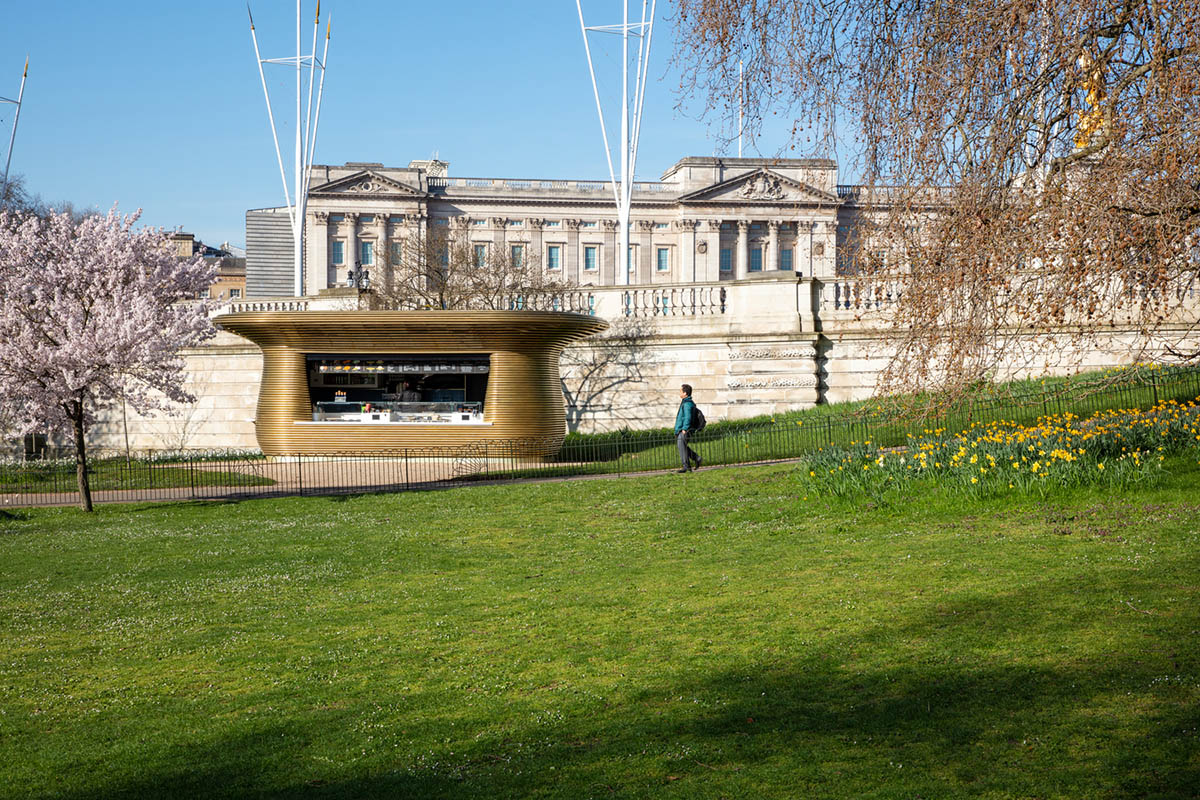 The architects have used sustainable materials and traditional craft techniques to build the kiosk, together with state-of-the-art manufacturing methods, to create simple, functional forms that are both striking and elegant. 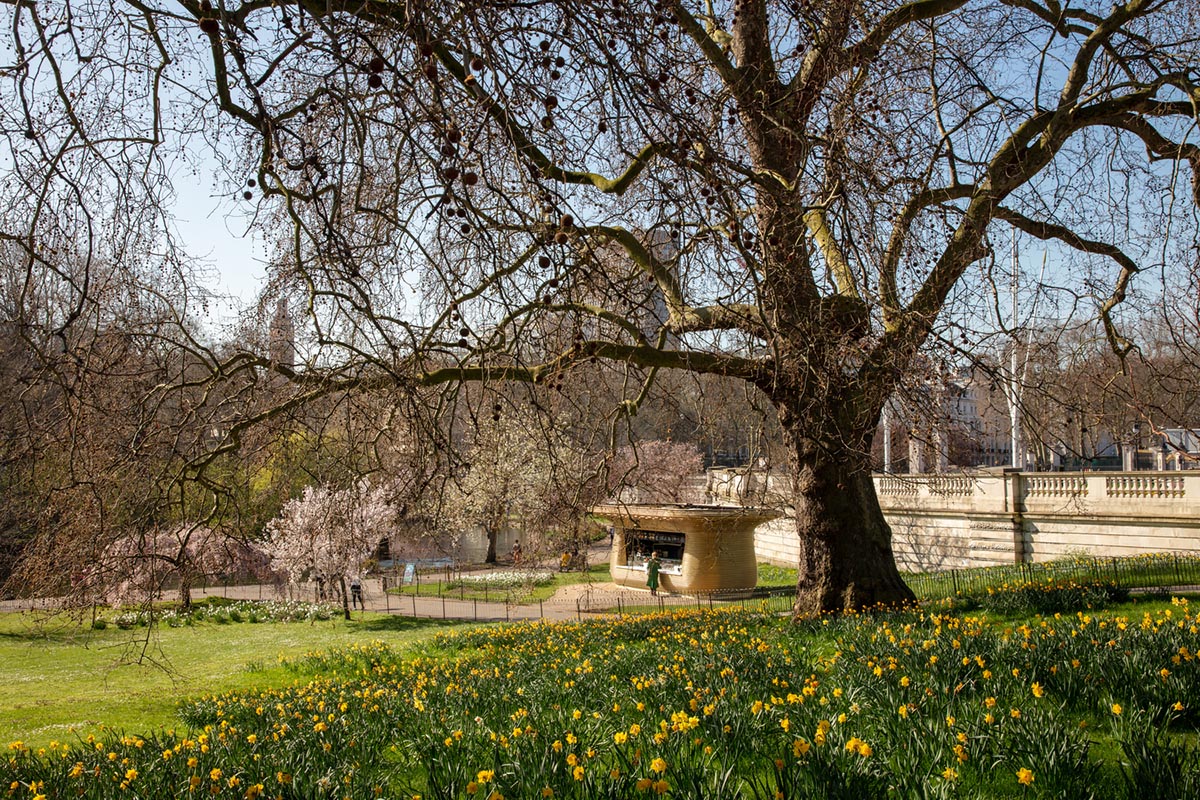 The kiosk's sculptural roof becomes a natural part of the structure and forms a rounded geometry, which looks like an extension of the kiosk.

"The kiosks are conceived as a family of individual forms that are united in their design language, with a 360-degree sculptural canopy that swells out like a tree’s crown creating a recognisable silhouette," added the architects. 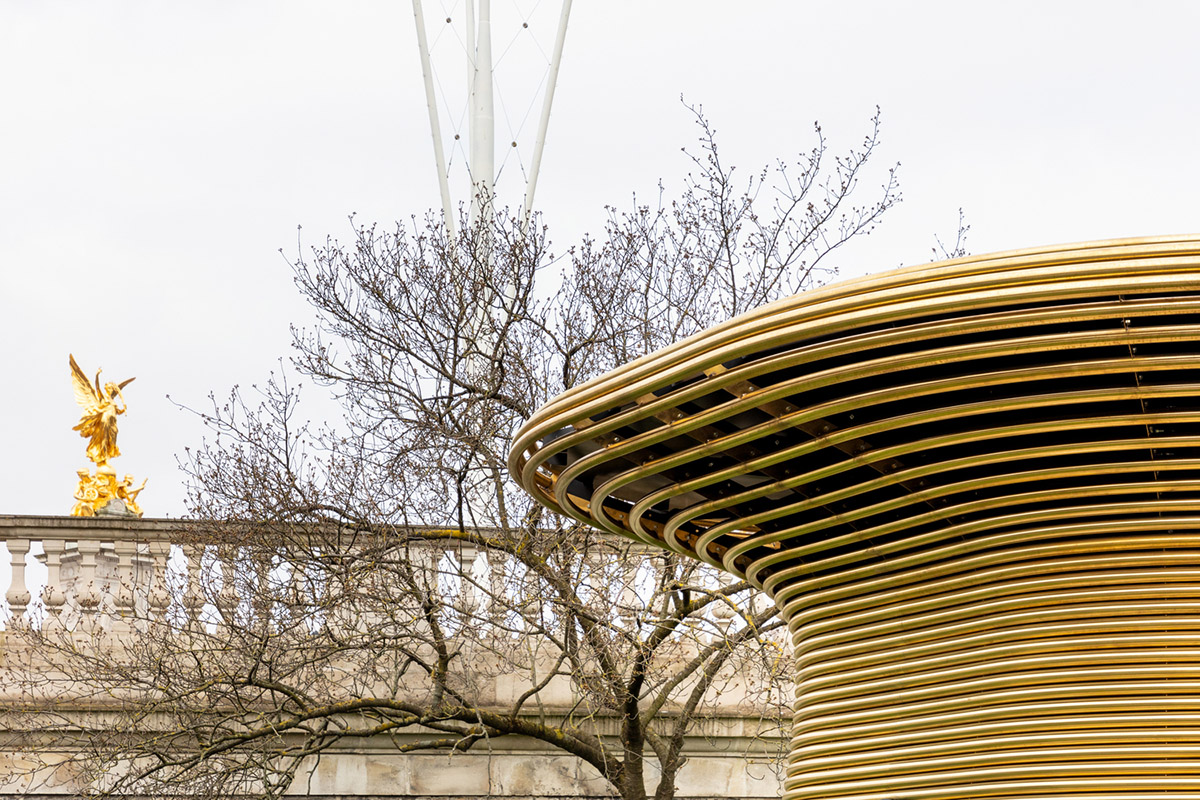 The architects have tailored the design of each kiosk to the history and nuances of their respective site to create new visitor experiences and make a refreshment stop an integral part of a journey through the parks. 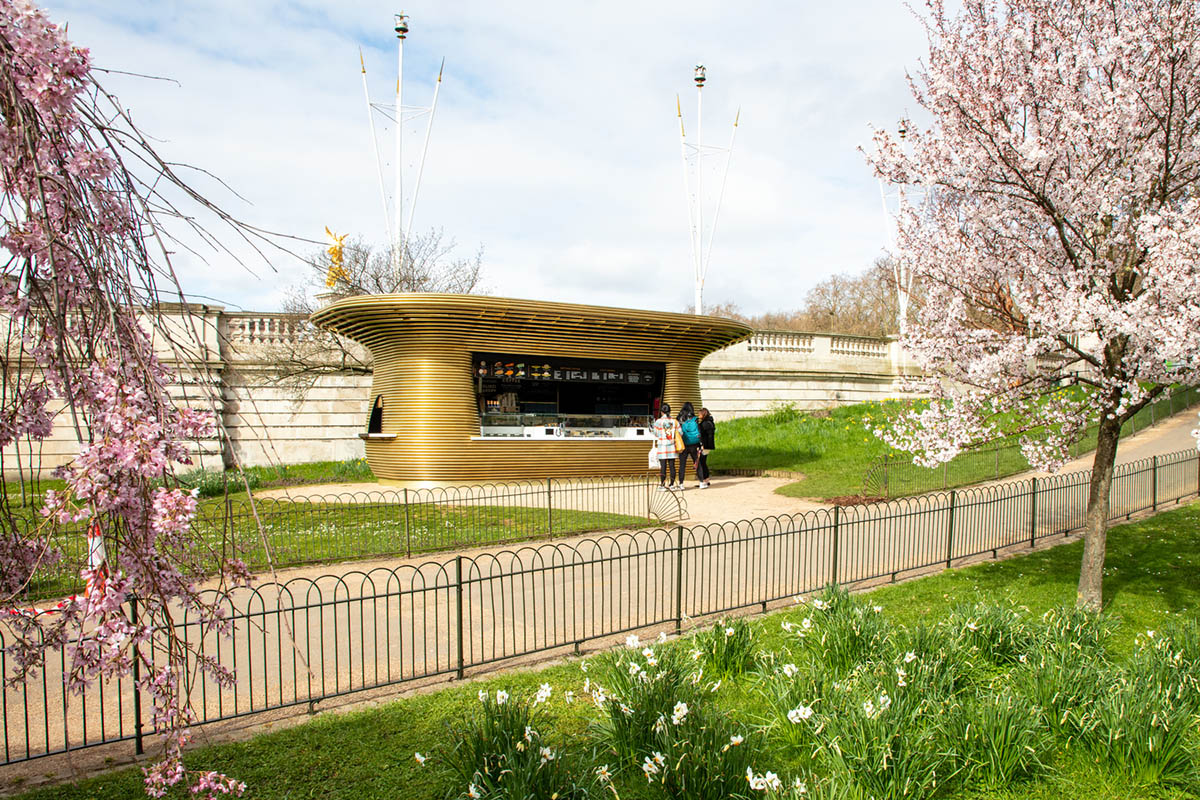 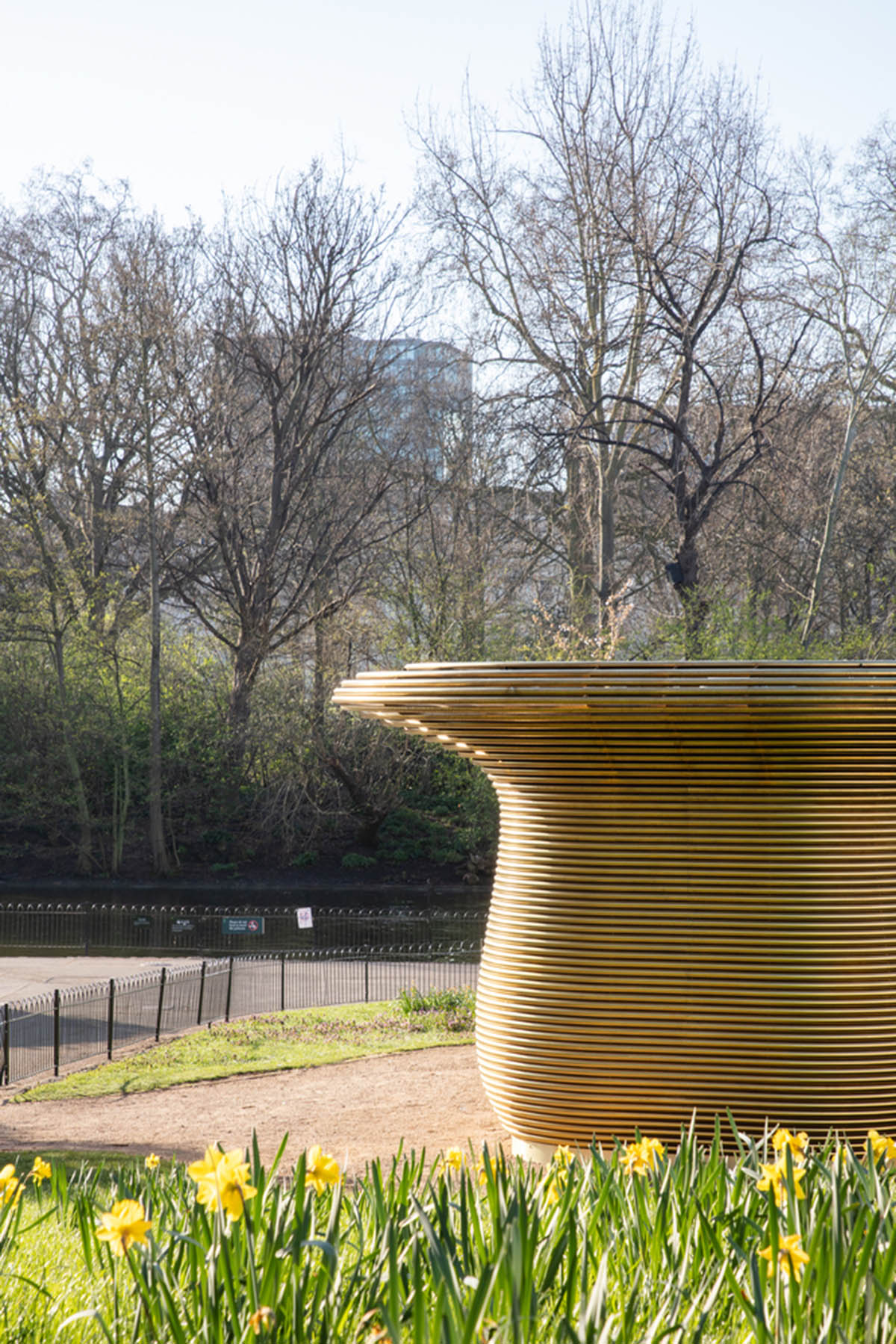 Each design variation is informed by the architectural or organic elements that the kiosk shares its space with. The kiosk was designed for cafe operator Colicci, and together with Colicci’s Director Rob Colicci, Jonathan Mizzi, Director of Mizzi Studio, spent months exploring the parks’ heritage.

The materiality of the Horseshoe Bend kiosk marries with Mizzi Studio’s Serpentine Coffee House, sited metres away from Zaha Hadid’s Serpentine Sackler Gallery, with views towards the picturesque Serpentine Lake in one direction and the Princess Diana Memorial Fountain in the other. 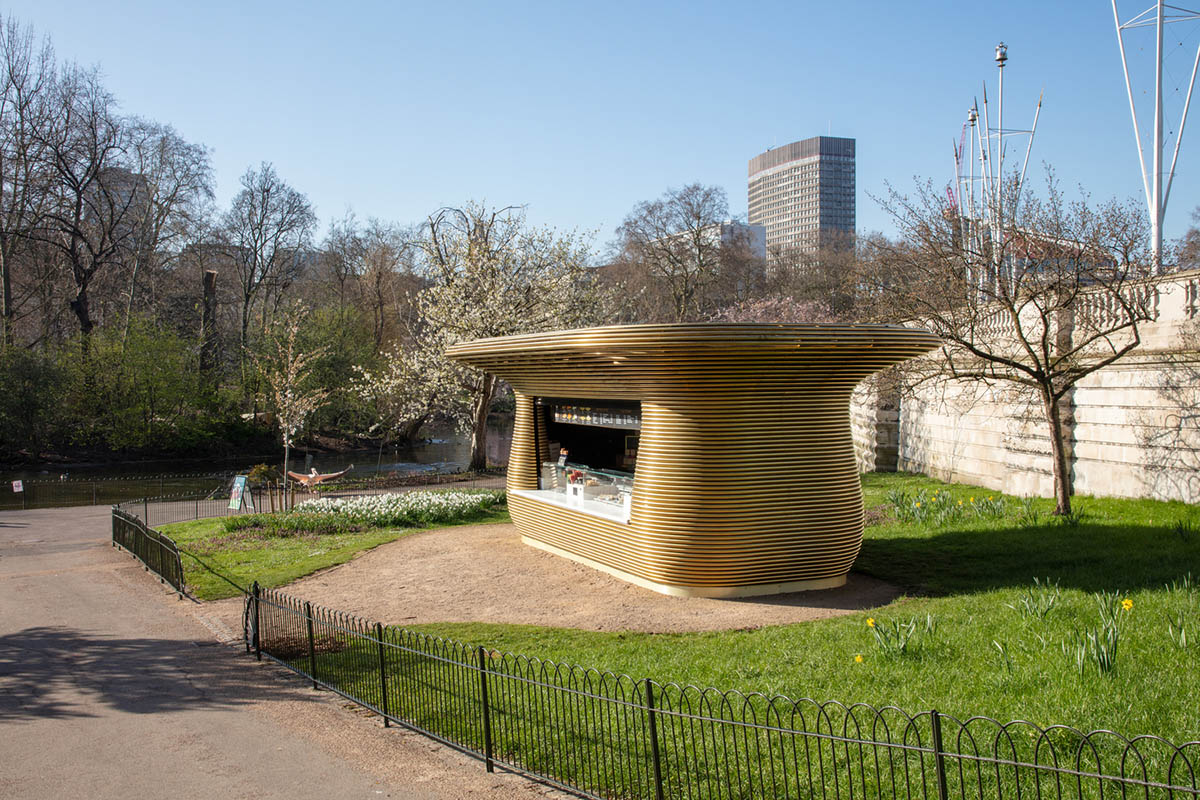 The coffee house is swooping and sinuous, inspired by both the lake itself and the motion of a stingray’s flight.

The kiosk's sculptural brass roof gives the appearance of a giant golden cape being pulled through the air over the entire structure, bringing movement and texture to the verdant landscape in which it sits. 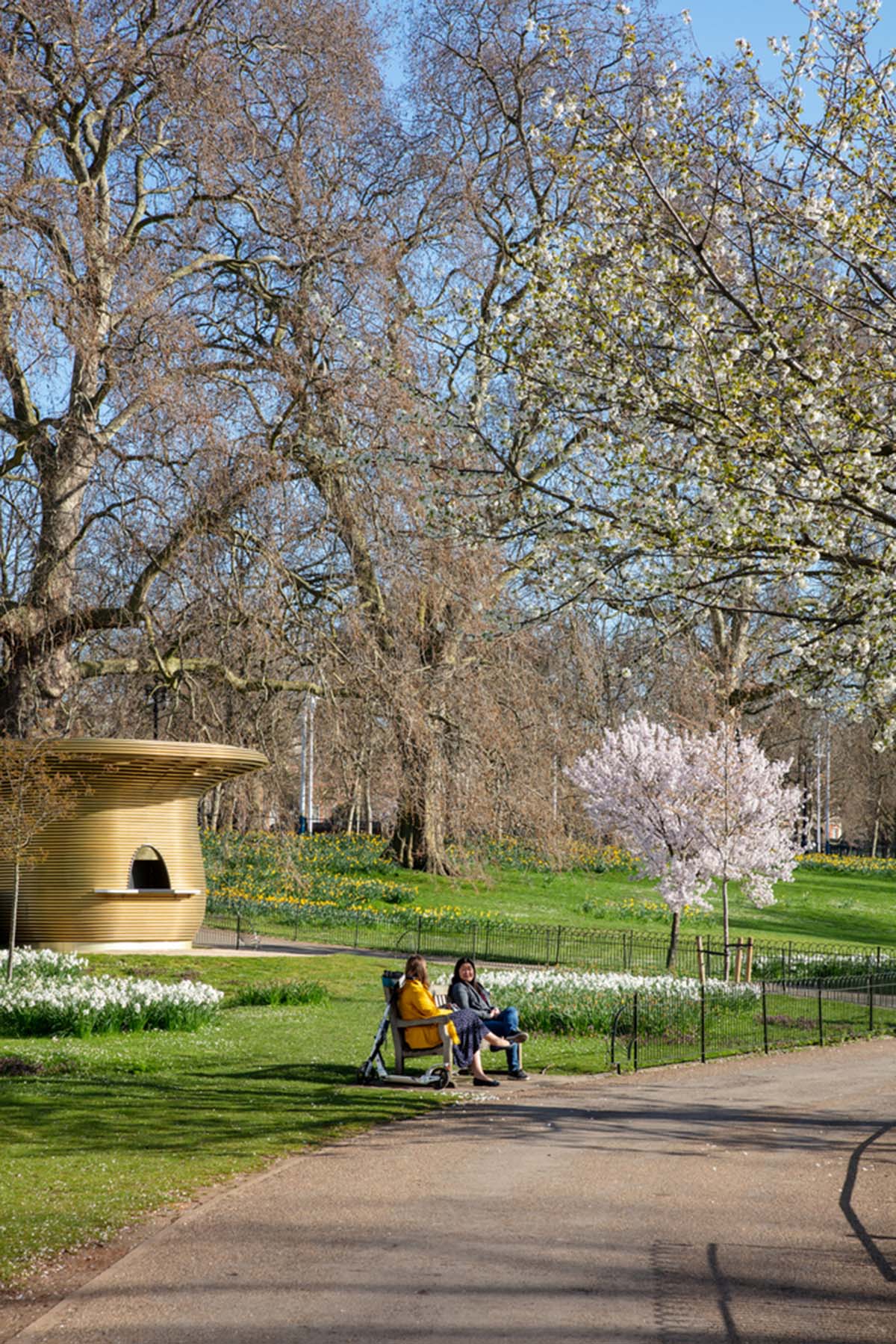 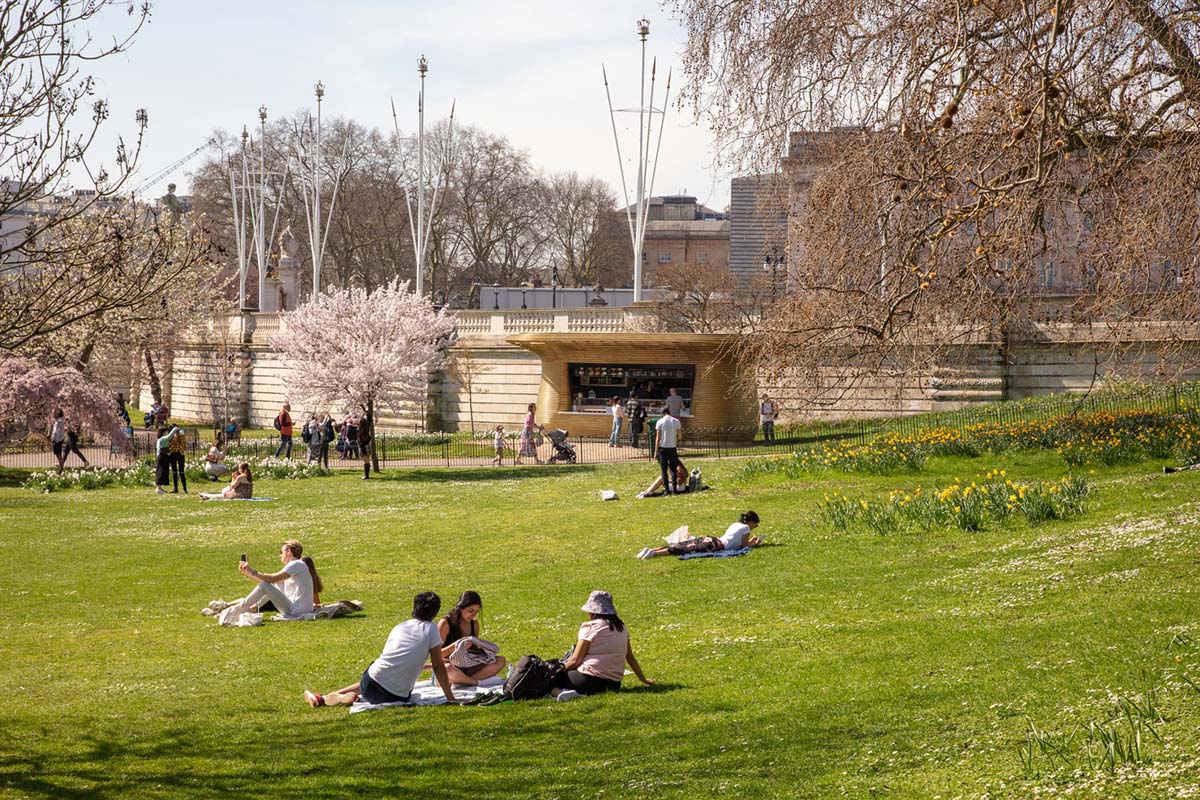 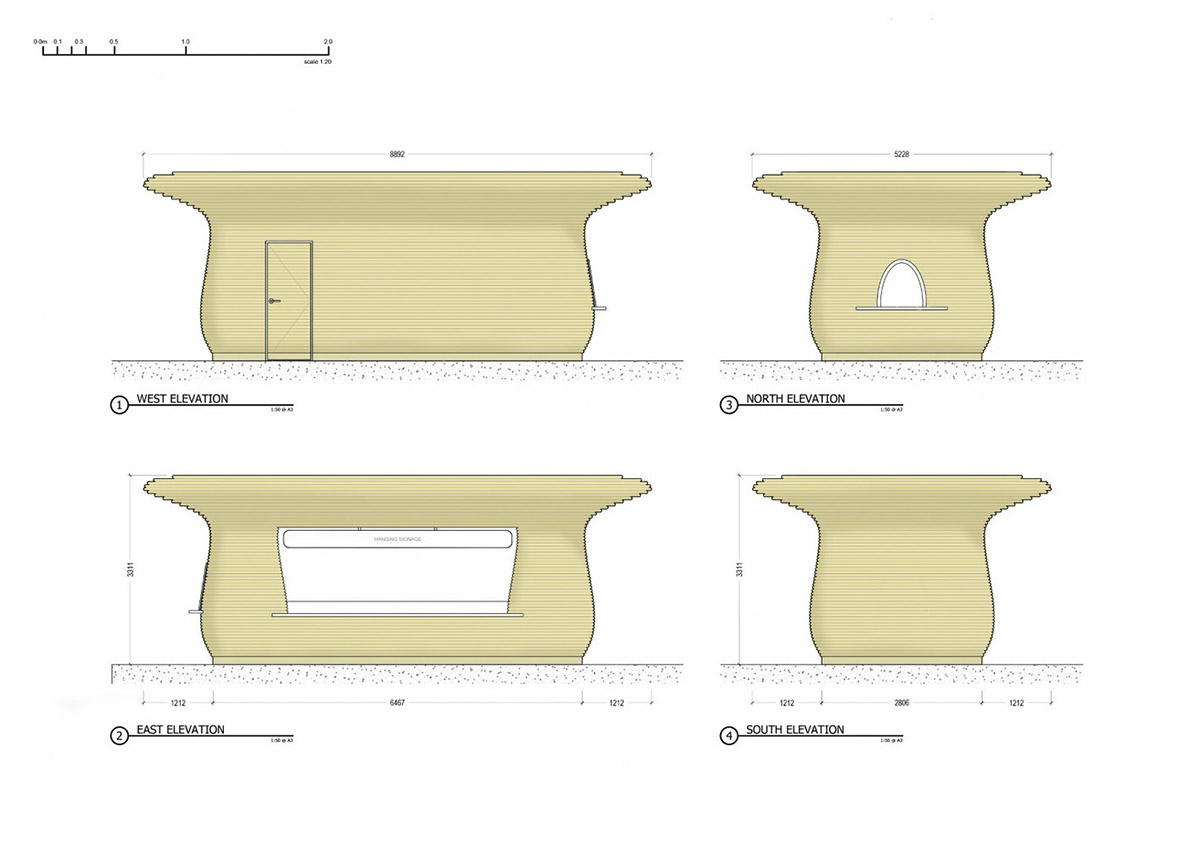 Mizzi Studio has collaborated with Colicci on a number of projects over the years, including the multi award-winning copper café at London’s Westfield Stratford shopping centre and The Pheasantry Café within Grade I Listed Bushy Park.

Their joint body of work has had a strong focus on craftsmanship, a connection with nature, and creating memorable sculptural moments.