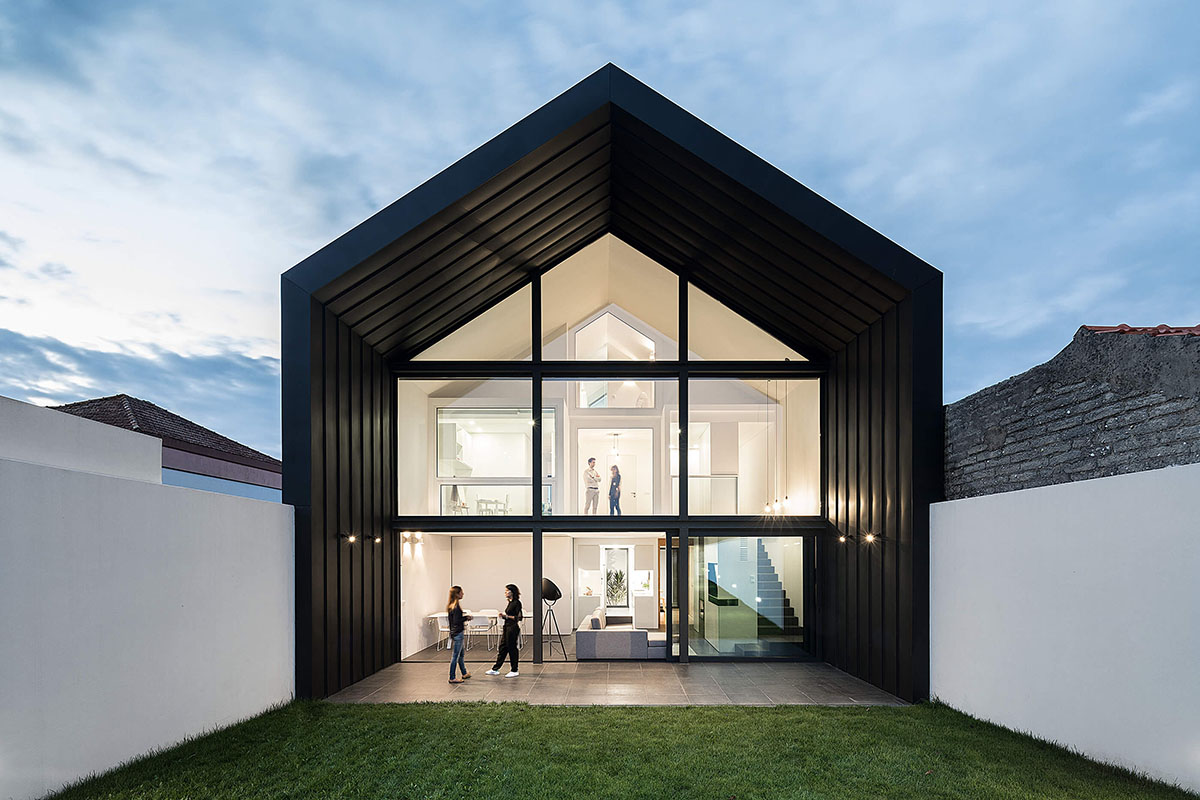 Aveiro-based architecture practice FRARI - Architecture Network has completed a home-office that belongs to the architect Maria João Fradinho, the founder of the firm.

Called Arch House, the 300-square-metre home-office is situated on a 940-square-metre lot, located on the outskirts of Ílhavo, Portugal. The land is located "by the door" of Vista Alegre, a place beloved by the architect, whose name is due to its origin, Vista Alegre Porcelain Factory, one of the most important industries in the region, and the country. It is in this factory that the author is inspired, because "that place so requested," said the architect. The architect took references from industrial architecture to materialize the dwelling as a uniform body, coated with metallic materials and where the interior is independent of its outer casing. 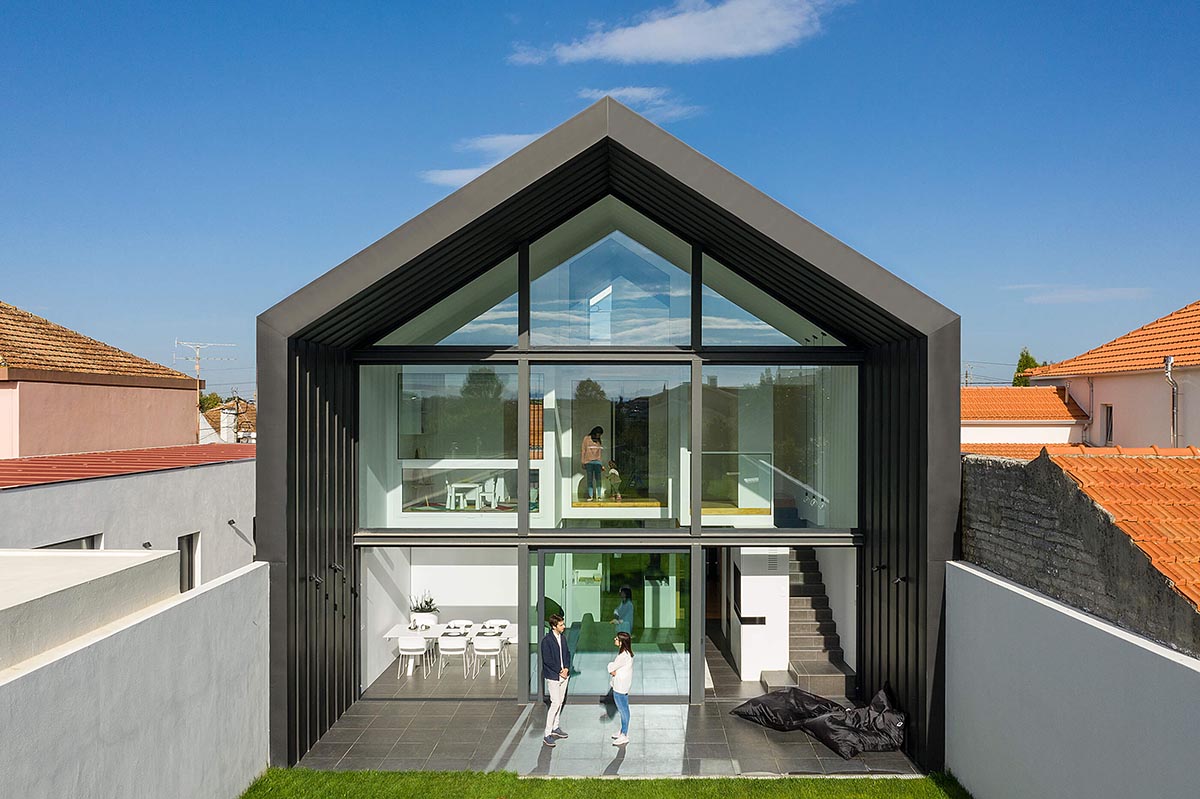 The Arch House follows the continuity of the neighbour buildings, with the main facade ensuring the alignment with the consolidated pre-existence. 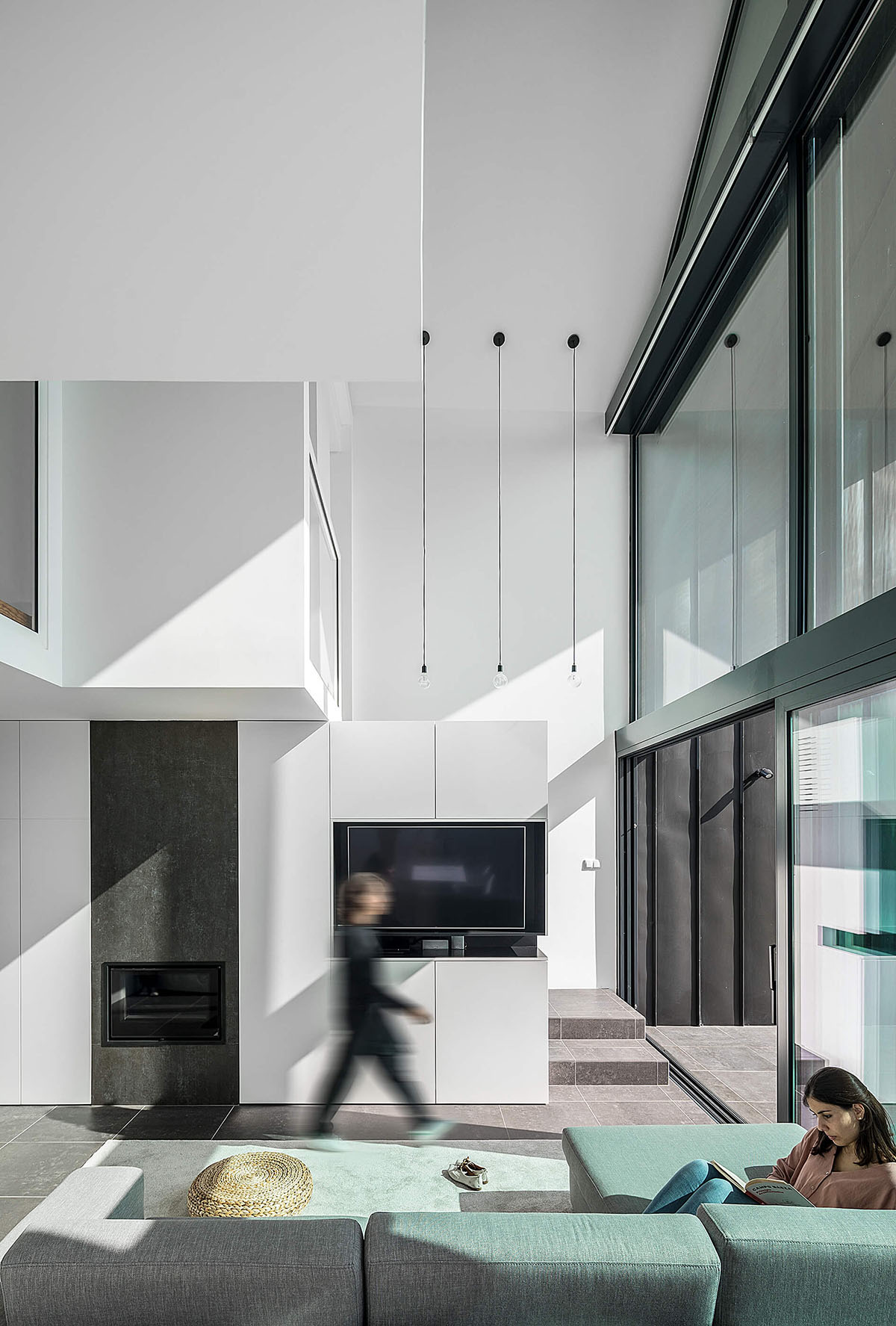 However, it is stylized to allow the permeability of light and views, in a symbolic game of association with the presence of the Arch, which marks the entrance to the place of Vista Alegre. This debugging work creates the "crowning" of this facade, and assumes itself as a drawing of any child - My house! 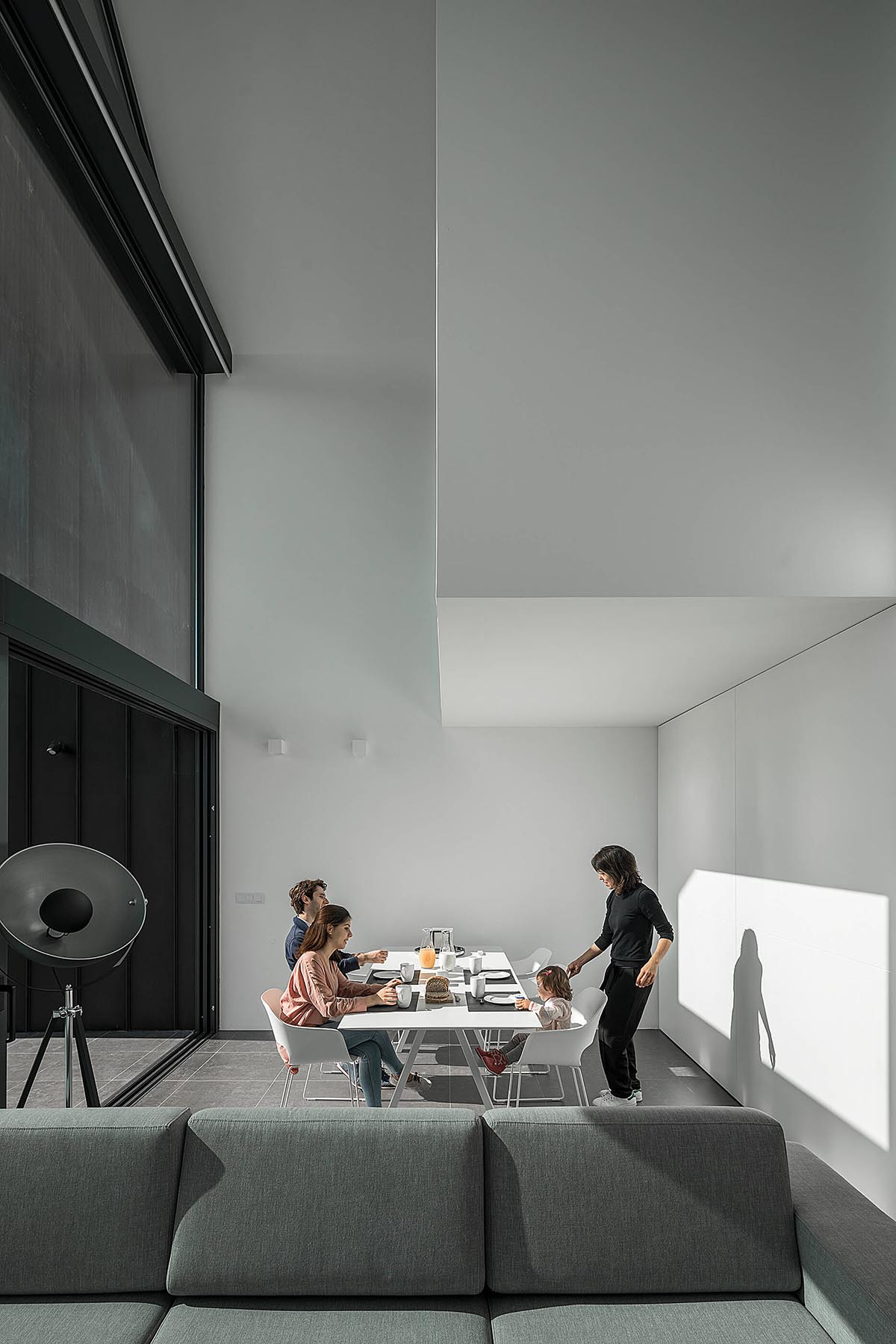 The theatricality of this facade gives name to the project, but this one is not defined by this alone. The house recedes in relation to the described urban facade, creating a semi-private space of internal protection - a front patio - that allows the main facade to be completely open, made of large glass windows.

The patio is the moment of rupture of the outside environment, preparing us for the new reality of the interior. It is a "bridge" linking two seemingly contiguous but truly different realities. 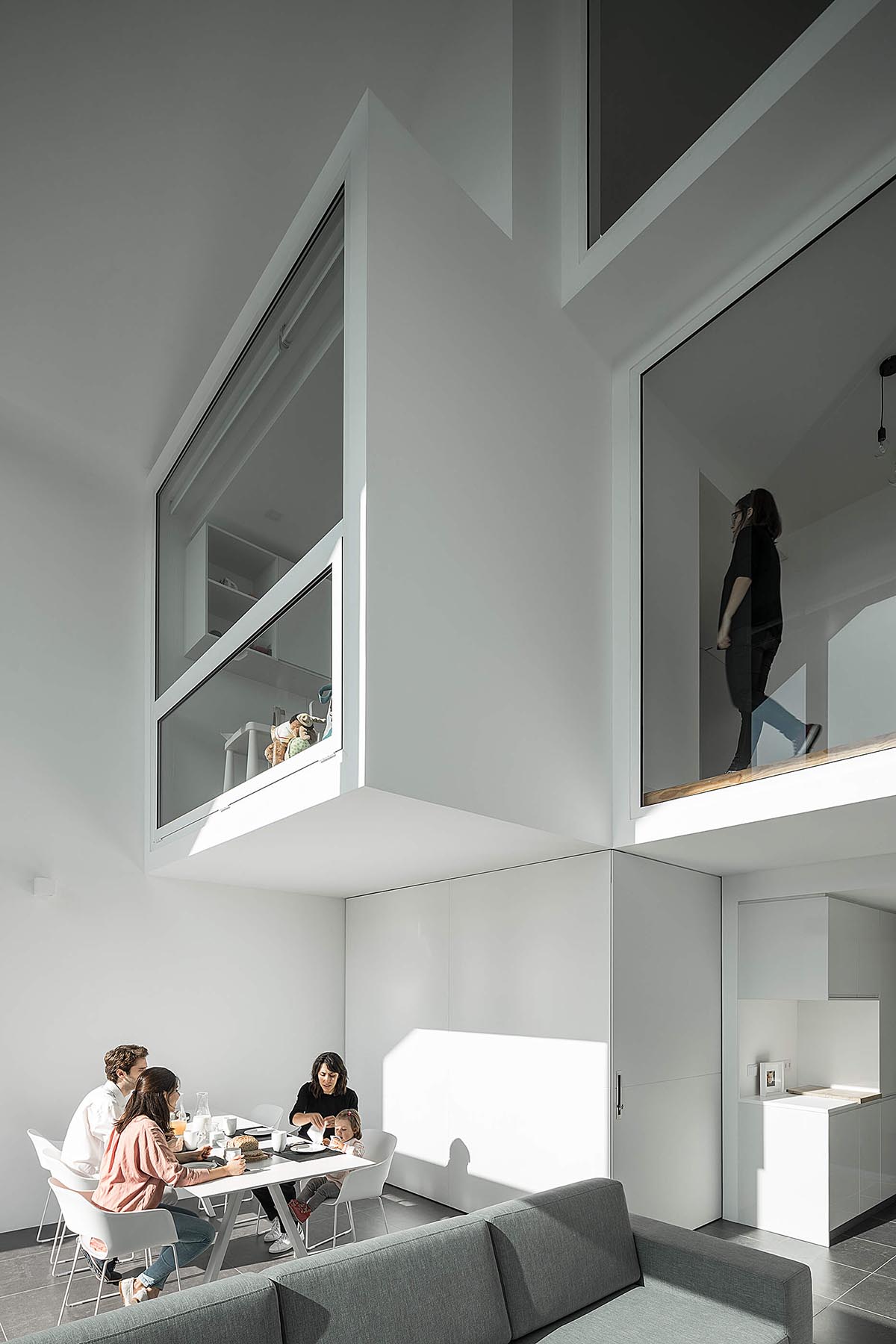 "The entrance hall is a small "wooden box", where we fell cosy and welcome, but immediately after we are marvelled by the light and the high ceiling of the living room," said the firm. 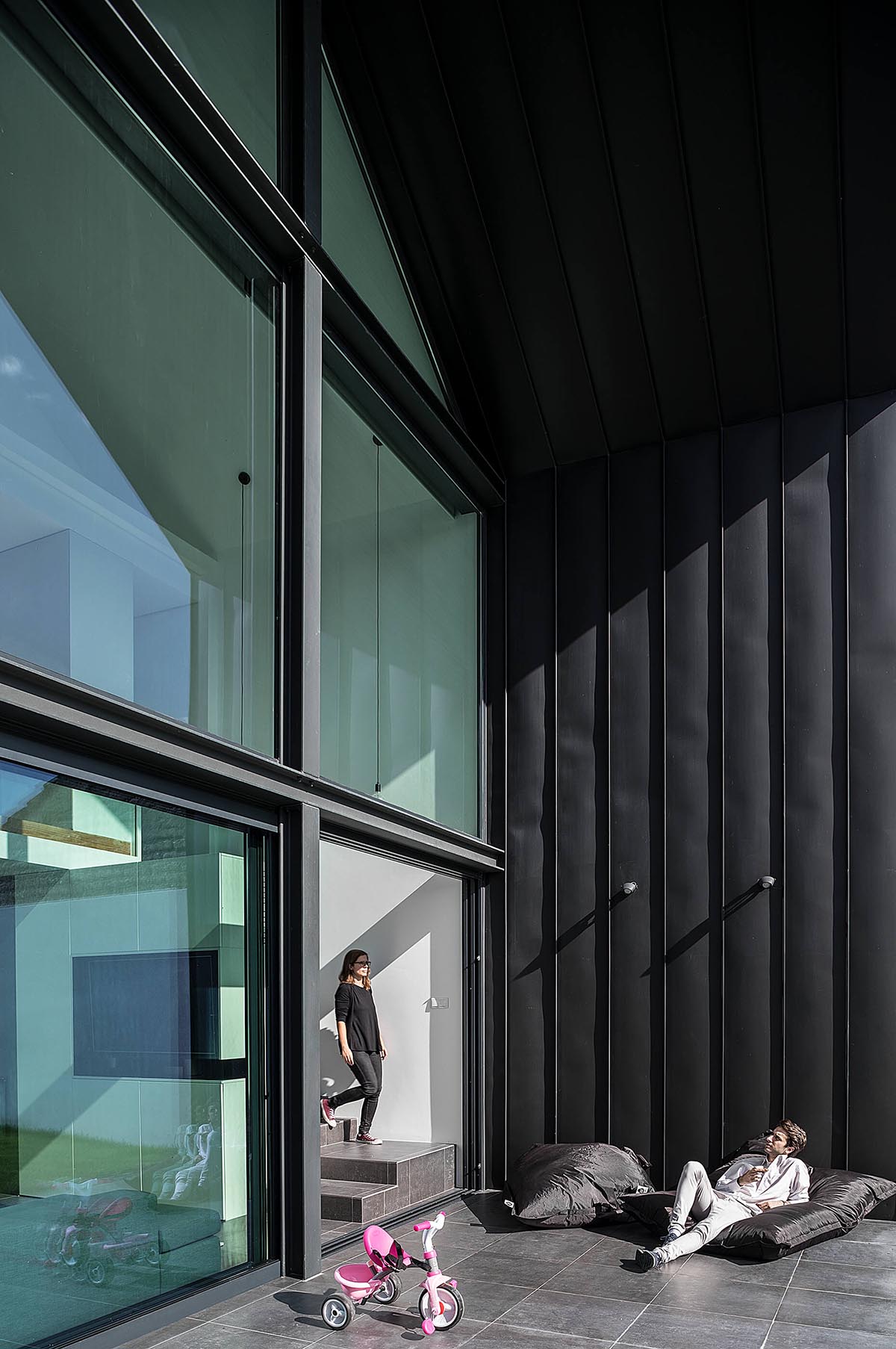 It was important for the architect to guarantee this process of transition from the public to the private, as well as ensuring adequate privacy in the interior, because of the maximum exposure desired. 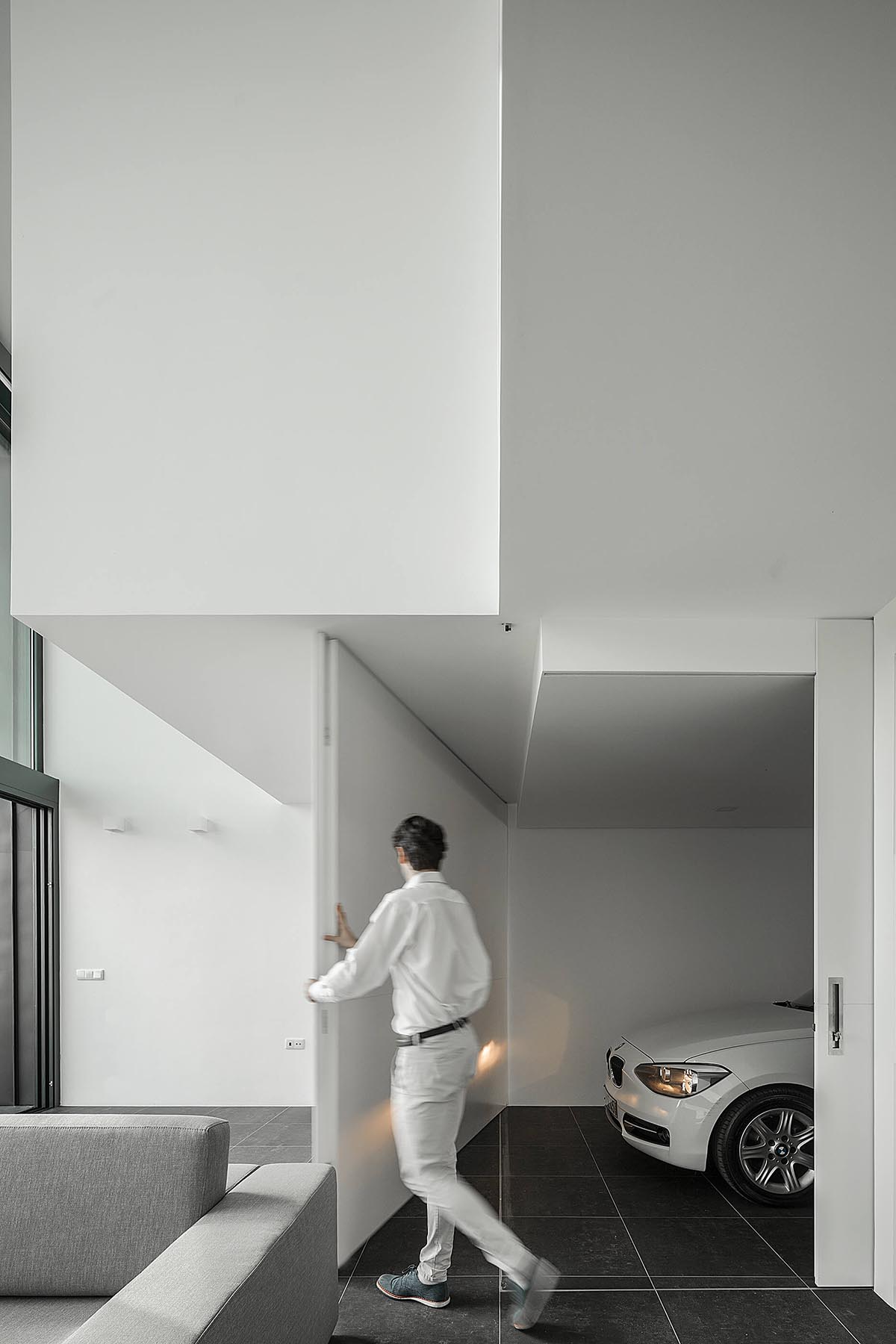 Inspired by ship containers, the volume set with which the interior is developed, creates a total height in some areas, recreating the great industrial environment of a main ship. This set of different roof heights widens the spaces and makes them more comprehensive, providing a visual relation between the various places in the house. 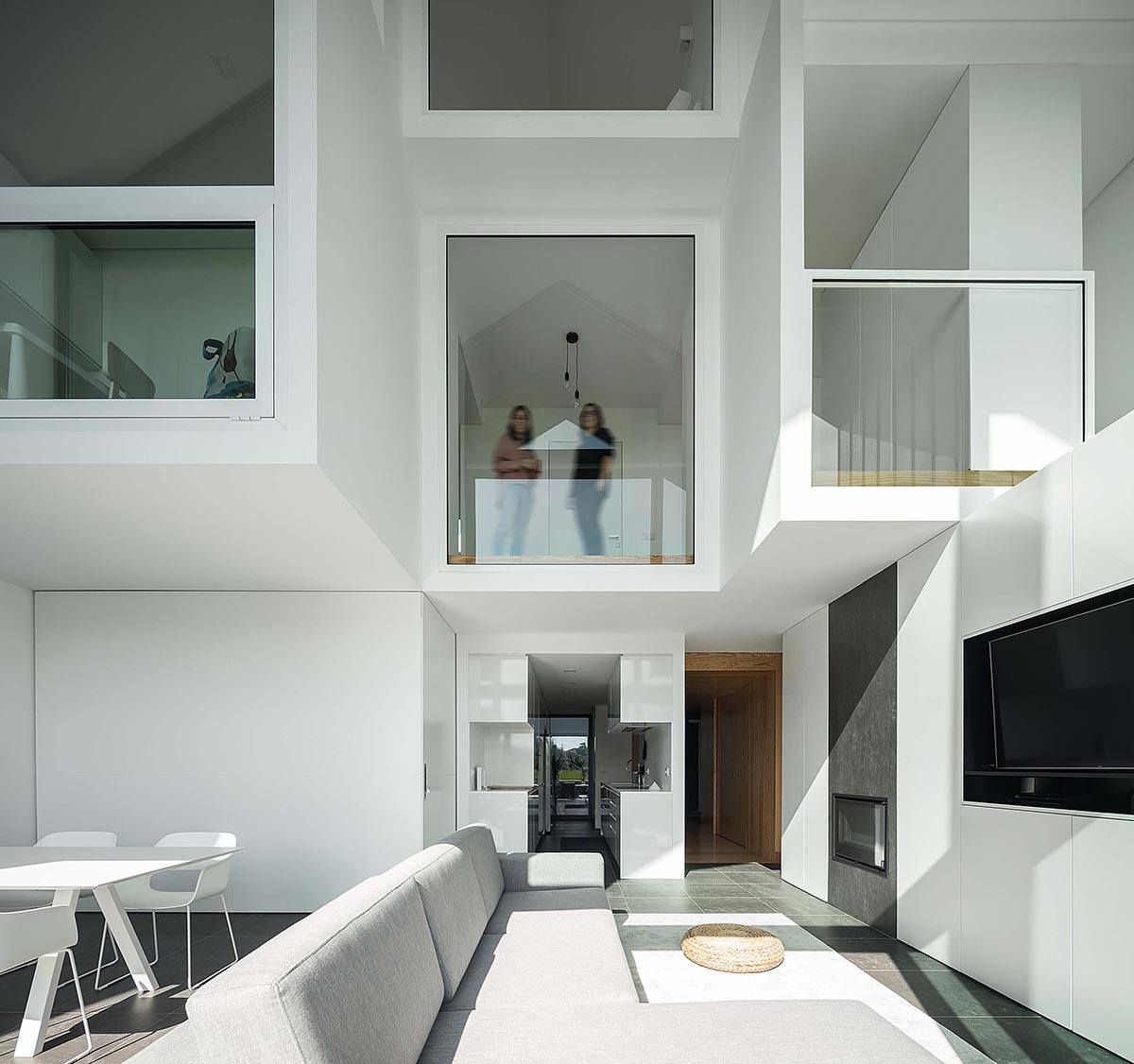 This way, it is ensured the feel of a single space occupied by smaller elements, which are distributed trough the building in a "sliding" movement along its length, creating a rhythm that breaks the monotony of the outer body of the building. 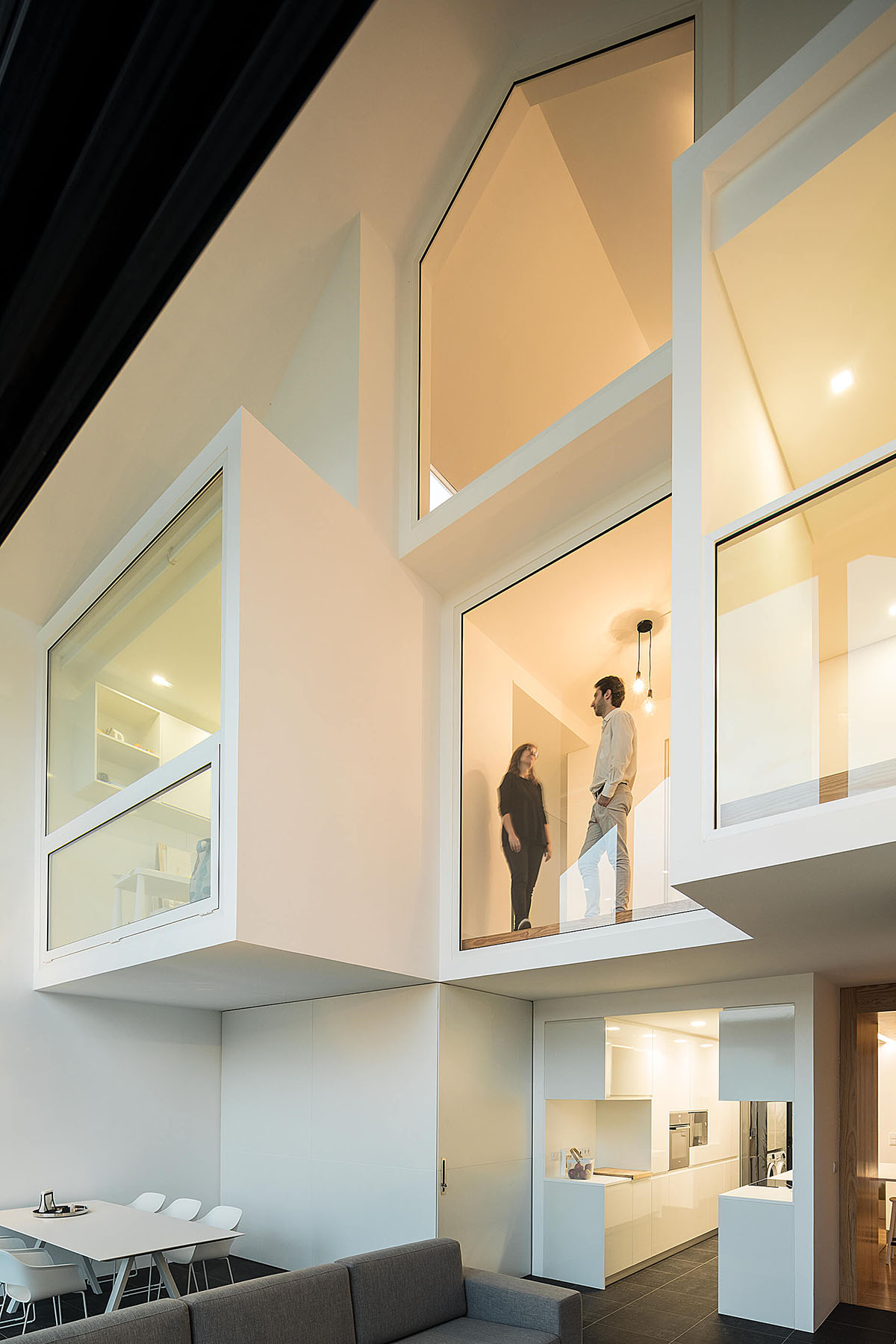 In a shameless way, the back facade is fully glazed in order to relate with the green backyard, ensuring the direct relation with the outside. All the boxes inside get the chance to relate to this facade with the same hierarchy, as they all are turned into the same big window.

Due to construction restrictions, the basement floor designed for the atelier wasn’t built. This decision forced a global redesign but it was ensured the minimum changes to the original project of the house. 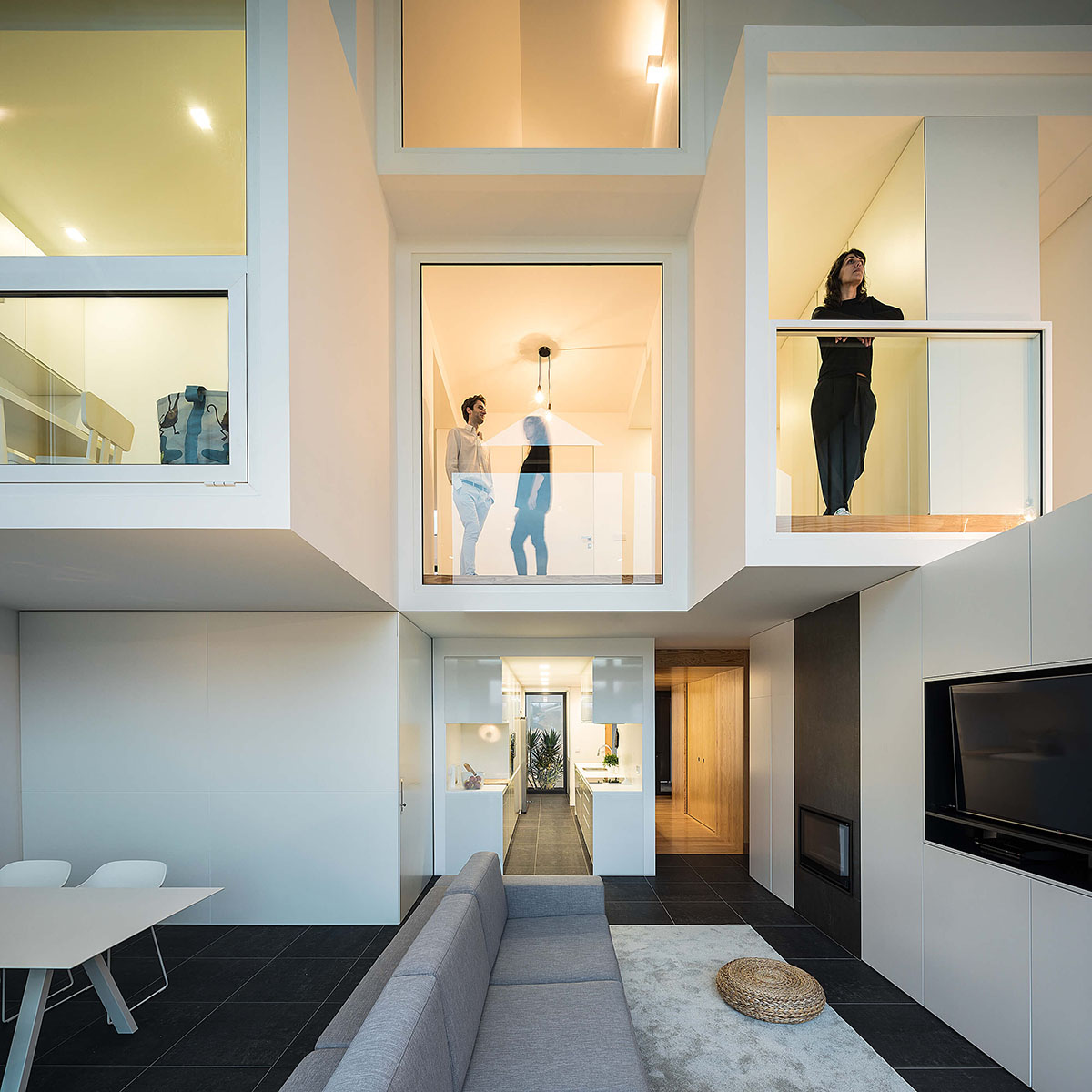 The Arch House is, therefore, the combination of these three assumptions: the theatricality of the urban facade, the complexity of the pretended use versus the industrial inspiration and the limitations of the plot, that, together, makes this house a complex and unique piece of architecture! 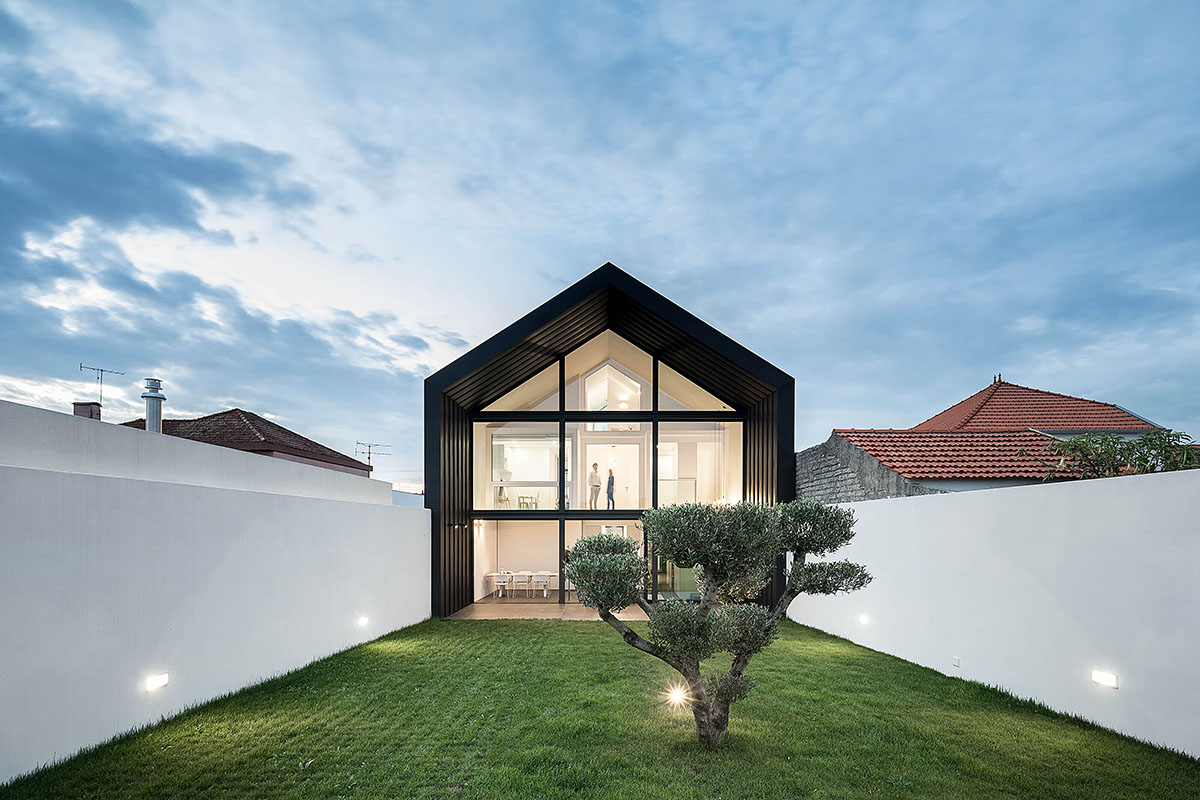 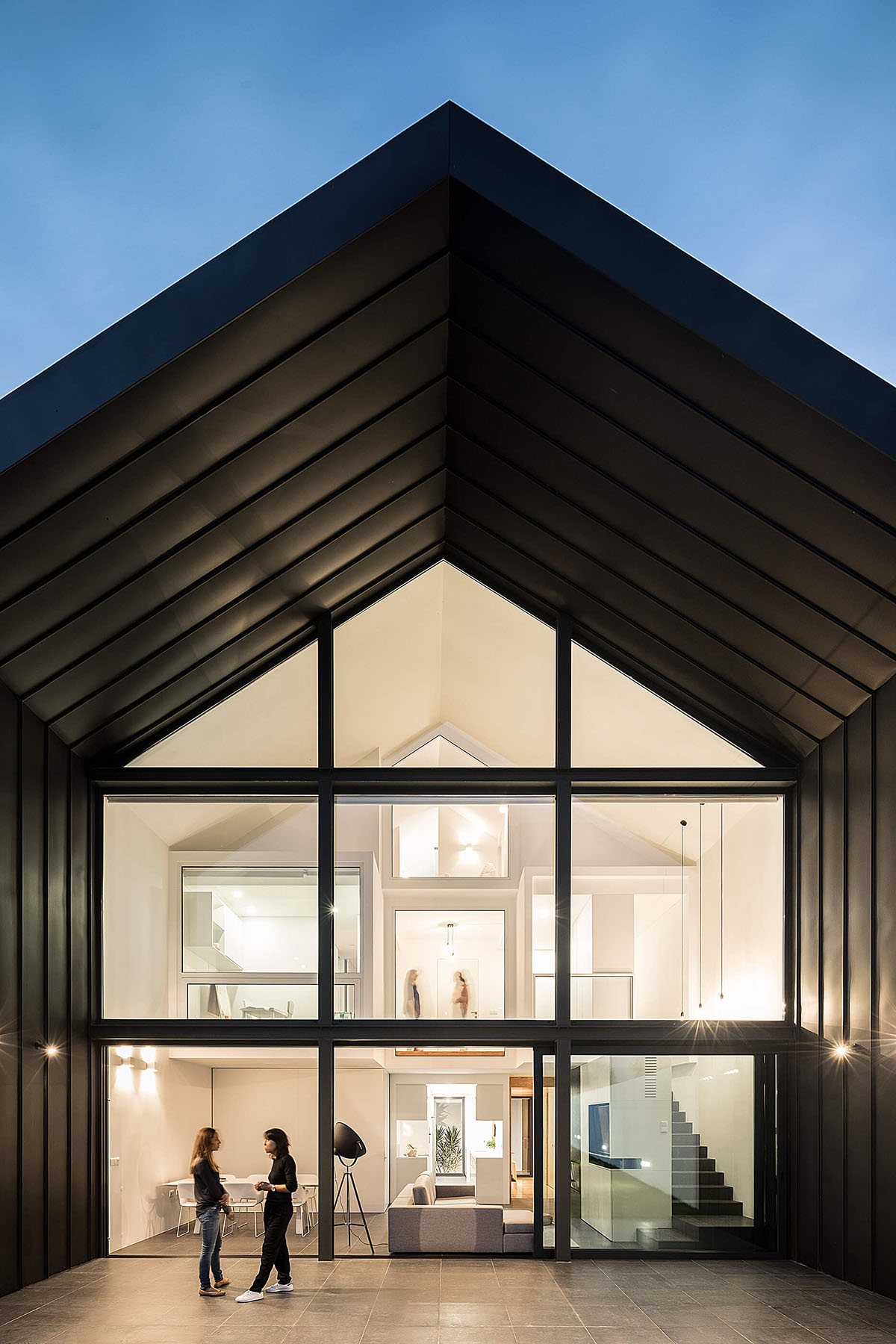 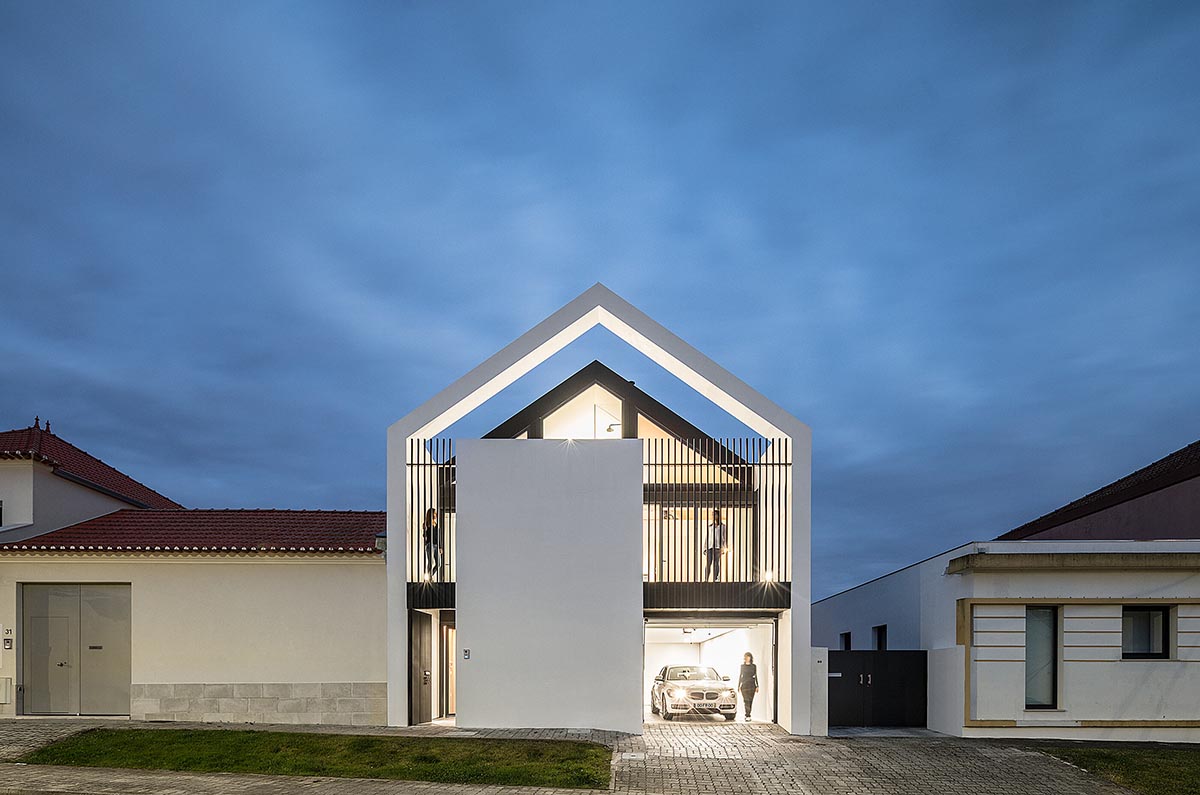 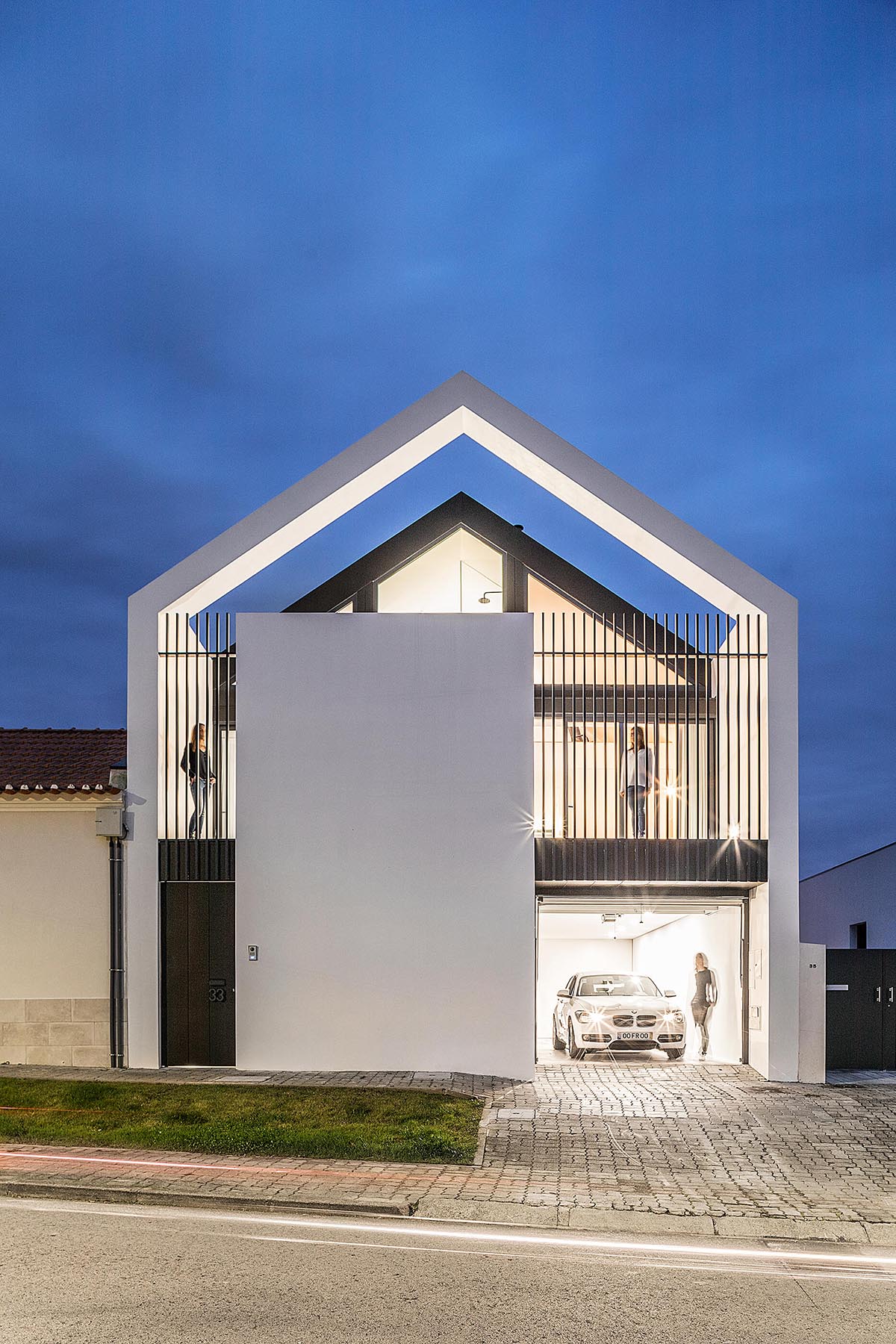 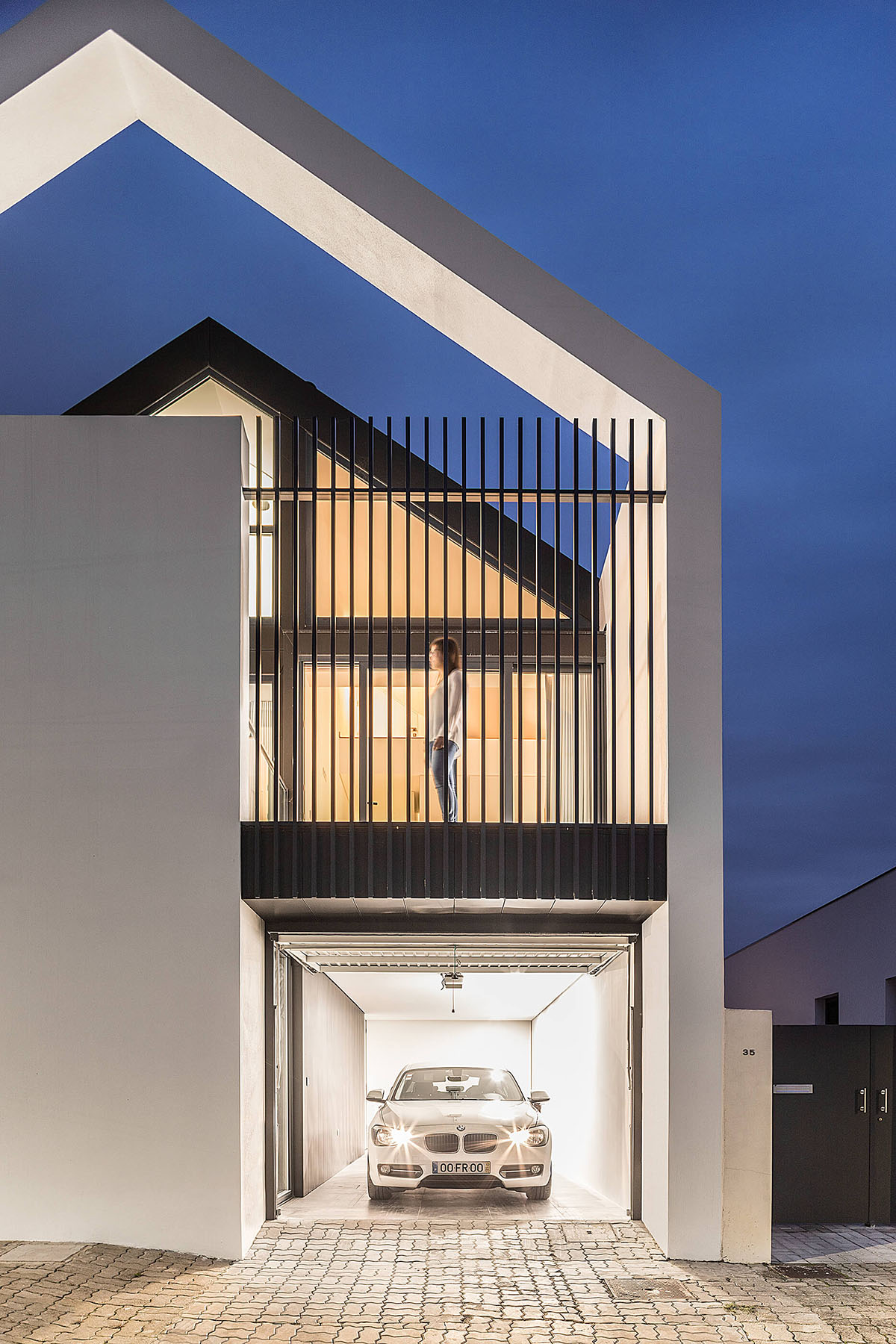 All images © ITS – Ivo Tavares Studio