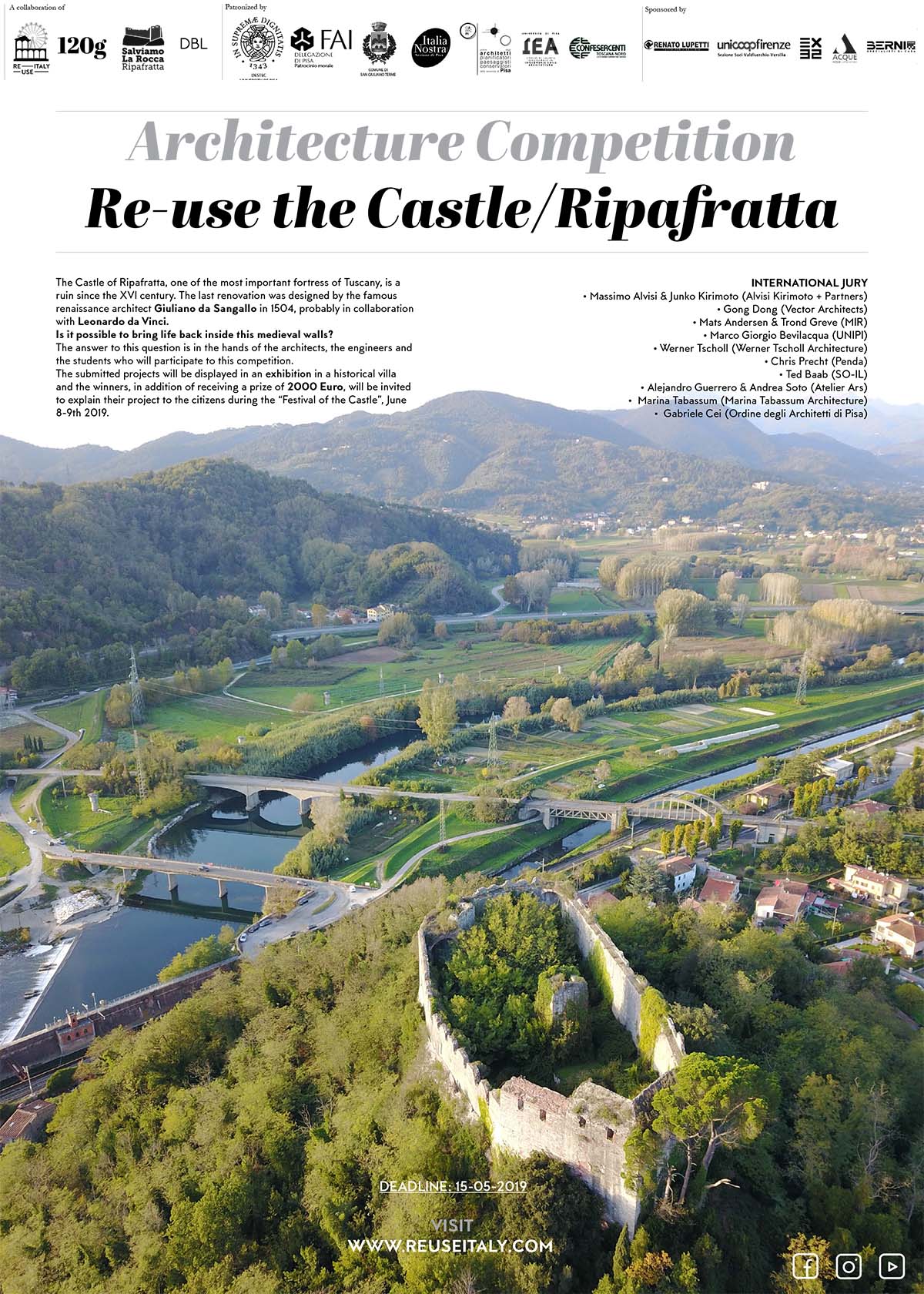 The associations 120g and Salviamo la Rocca, with the support of FAI, Italia Nostra Onlus, Mu- nicipality of San Giuliano Terme, Università di Pisa - DESTEC, Confesercenti, Chambers of the Architects of Pisa and the Castle Italian Institute, have launched an international architecture competition for the re-use of the Ripafratta Castle, in San Giuliano Terme, Pisa.

The Castle of Ripafratta, one of the most important medieval fortress of Tuscany, is a ruin since the XVI century. The last renovation was designed by the famous renaissance architect Giuliano da Sangallo in 1504, probably in collaboration with Leonardo da Vinci. It currently consists of a ring of walls with a central tower in the middle. 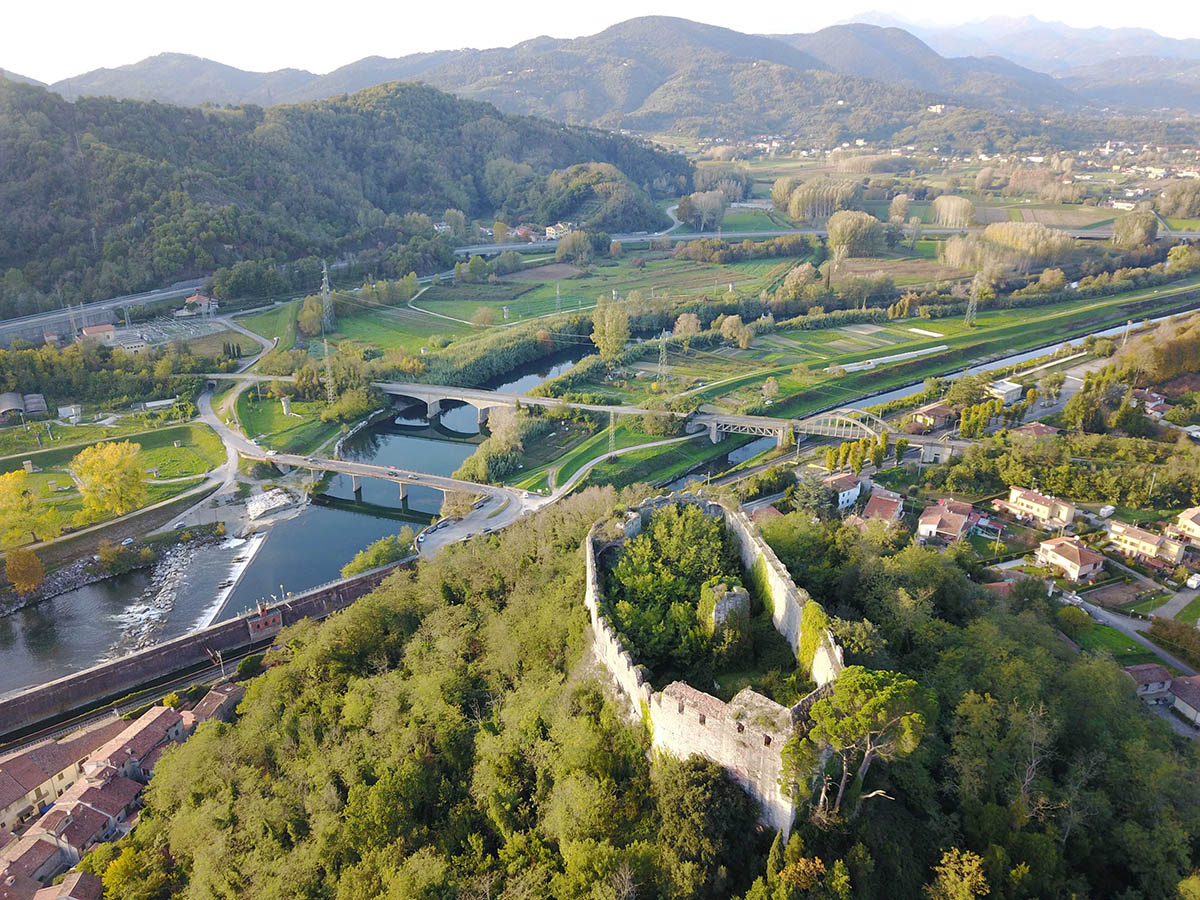 The competition, open to architects, engineers and students, asks the participants to transform the ruin in a place for to the climbing activity, for events and conferences, a public park connected with the hiking system of the surrounding mountains.

The submitted projects will be displayed in an exhibition in a historical villa and the winners, in addition of receiving a prize, will be invited to explain their project to the citizenry during the “Festival of the Castle”, June 8-9th 2019.

All images courtesy of Re-use Italy