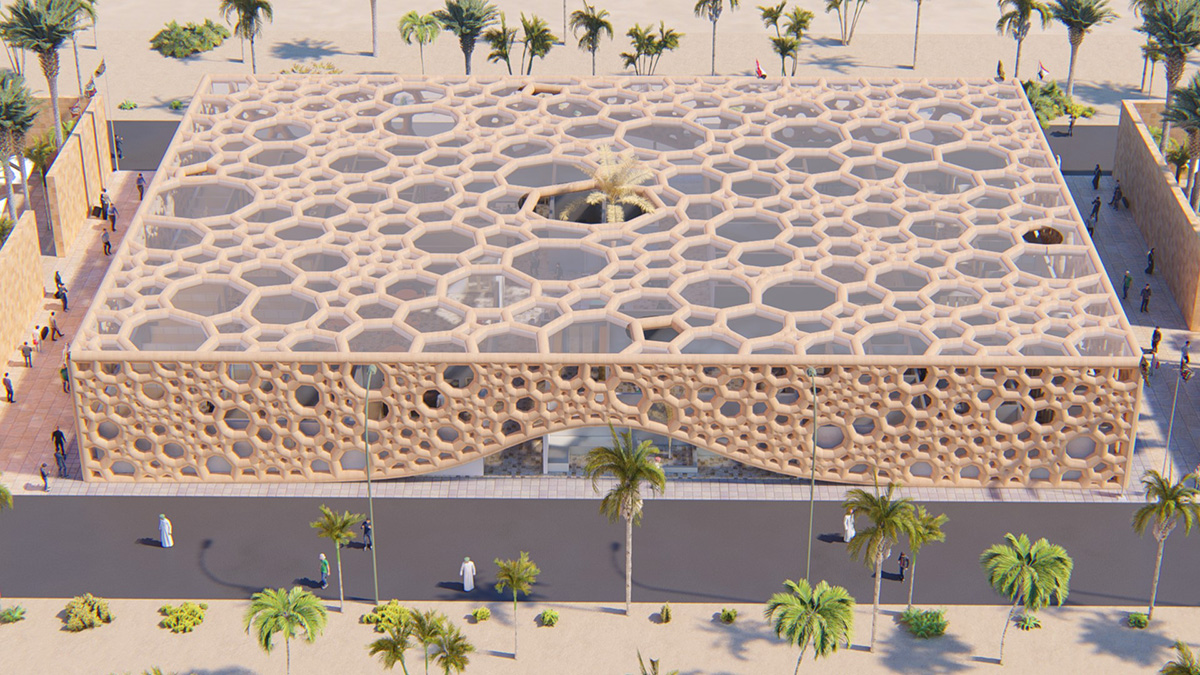 "Mookeb" is a service center with a religious nature where Shia Muslims come together and conduct religious rituals during "Arbaeen". One or two weeks before Arbaeen, Shia Muslims come to Iraq country borders and they start to walk to Shia holy cities "Karbala" and "Najaf" and by this way “Arbaeen March” happens.

This walking and gathering event may take about one or two weeks and because of this, some rest centers like motels or inns should be during the trip and because of this, on the road between Karbala and Najaf, Mookebs are the paths to serve pilgrims. This Mookebs are religious gatherings centers for Shia Muslims that they can take rest, eat foods and use other services for free by Muslim brothers and sisters. 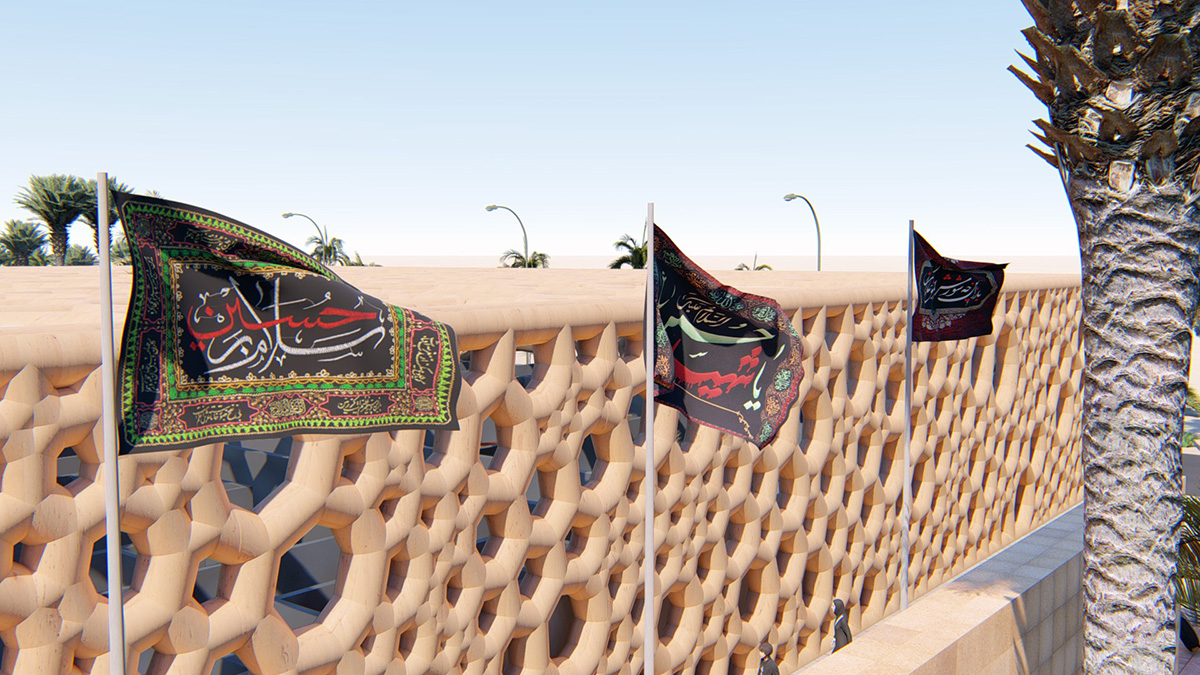 As each year many Iranian Shia Muslims attend this religious march in Iraq in big groups called "Heyat", Iranian governmental and private companies would like to design and present some of these Mookebs.

The Faculty of Art and Architecture of Islamic Azad University (IAU) Tehran South Branch with cooperation of Studio Eiraji  and under supervision of Assistant Professor Dr. Javad Eiraji, held a special workshop for bionic architecture master course students for Mookeb design and two of best designs were selected by jury to introduce to related organizations.

Hereby we will have a short review of this workshop and selected projects: 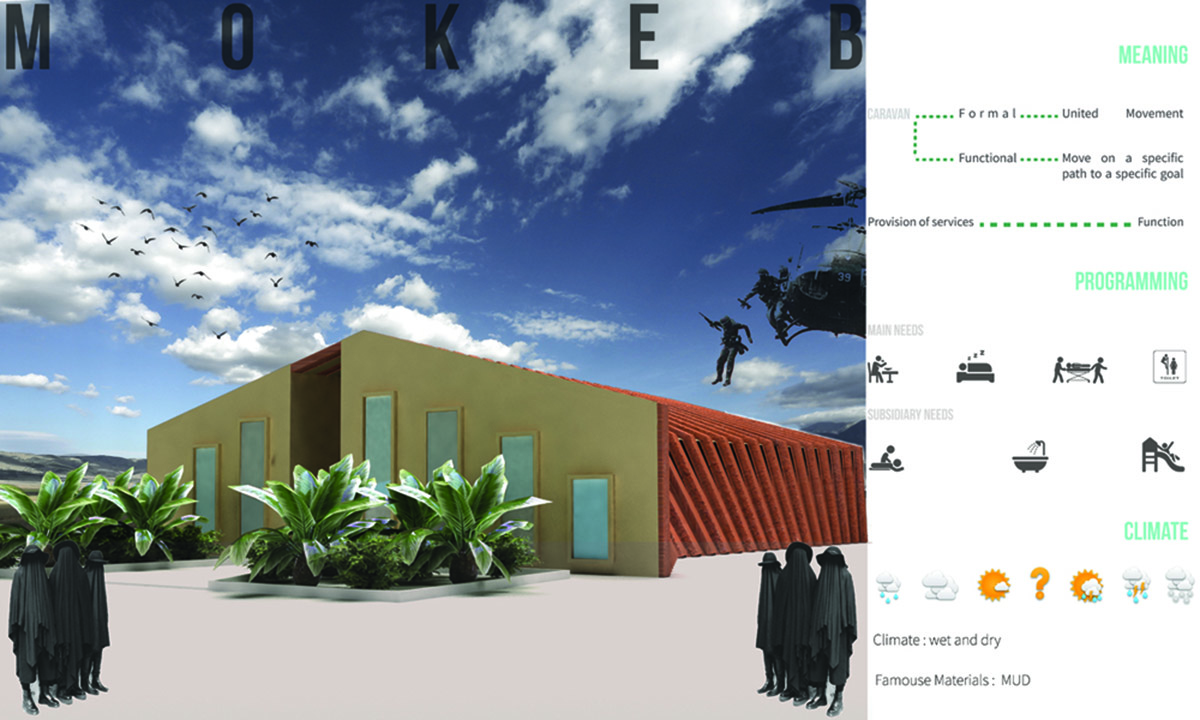 An important issue in the design of Mookeb is having the ability to move their structures. Because the project must have a temporary structure and they will be gathered after Arbaeen march event.

As the course was held for bionic architecture students, another important issue in this project was the bionic concept. The bionic concept in Azin's project was the "Birds' Swarm". There are common features between the birds movement and the marching of humans. There is no centrality in this type of movement, and the slightest changes in the movement of each member and the direction of the entire members are moving towards a single goal. 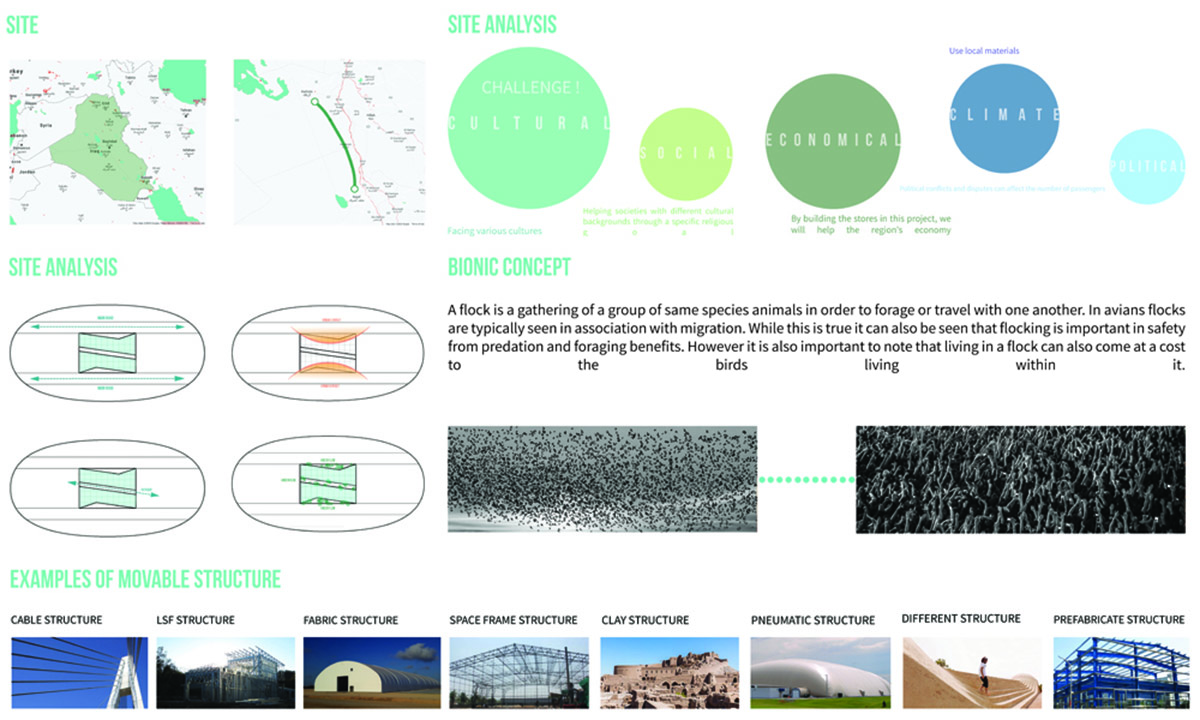 The suggested site in this workshop was a plot of 35*50 square meters on the road between Najaf and Karbala. There are two roads on North and South side of the land, they are paths for Arbaeen marches which are the main focus of the project. At the center of the project a path is designed to lead people to a space for social interactions and a private access point for pilgrims. The design lines have been led to the center of the site to create a sense of invitation. 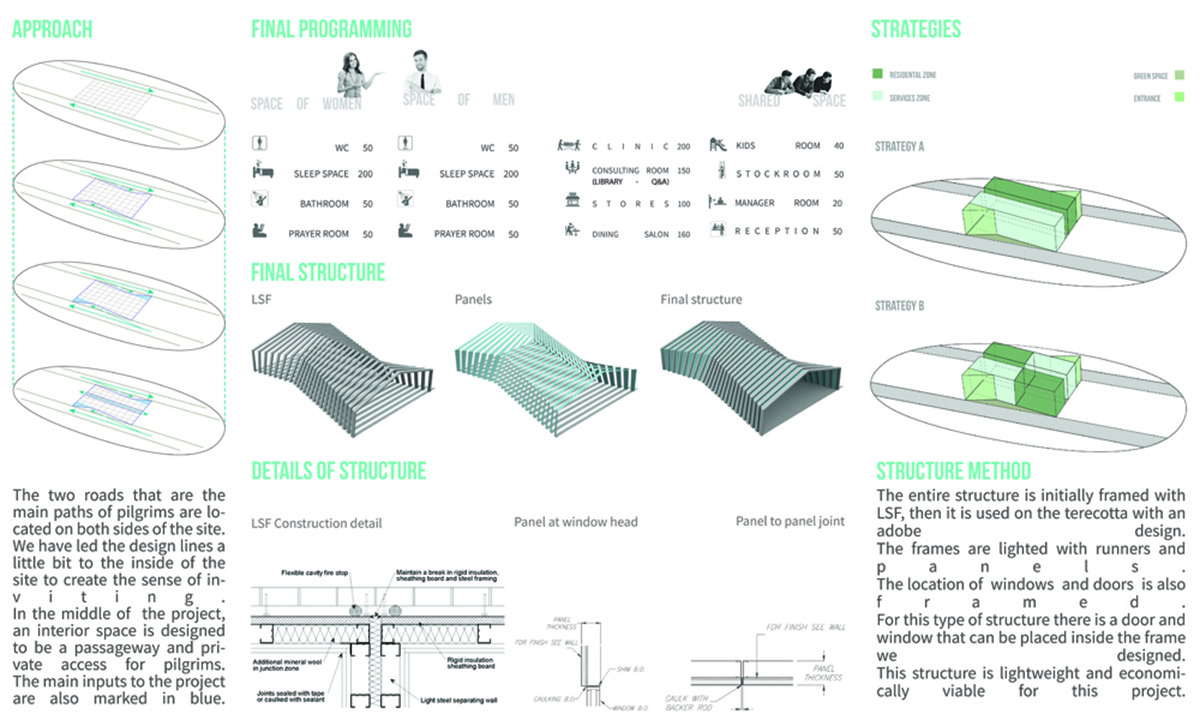 As the project advanced, the Grasshopper code was written according to the bionic concept for this project.

Then, after reviewing the portable structures and evaluating them, it was concluded that it is the best to use the LSF structure. The entire structure is initially framed with LSF, then terecotta tiles with an adobe design are placed on the LSF frames. The frames are lightened with runners and panels. The location of windows and doors are also framed. For this type of structure there is a door and a window that can be placed inside the frame which were designed. The structure of this project is lightweight and economically viable. 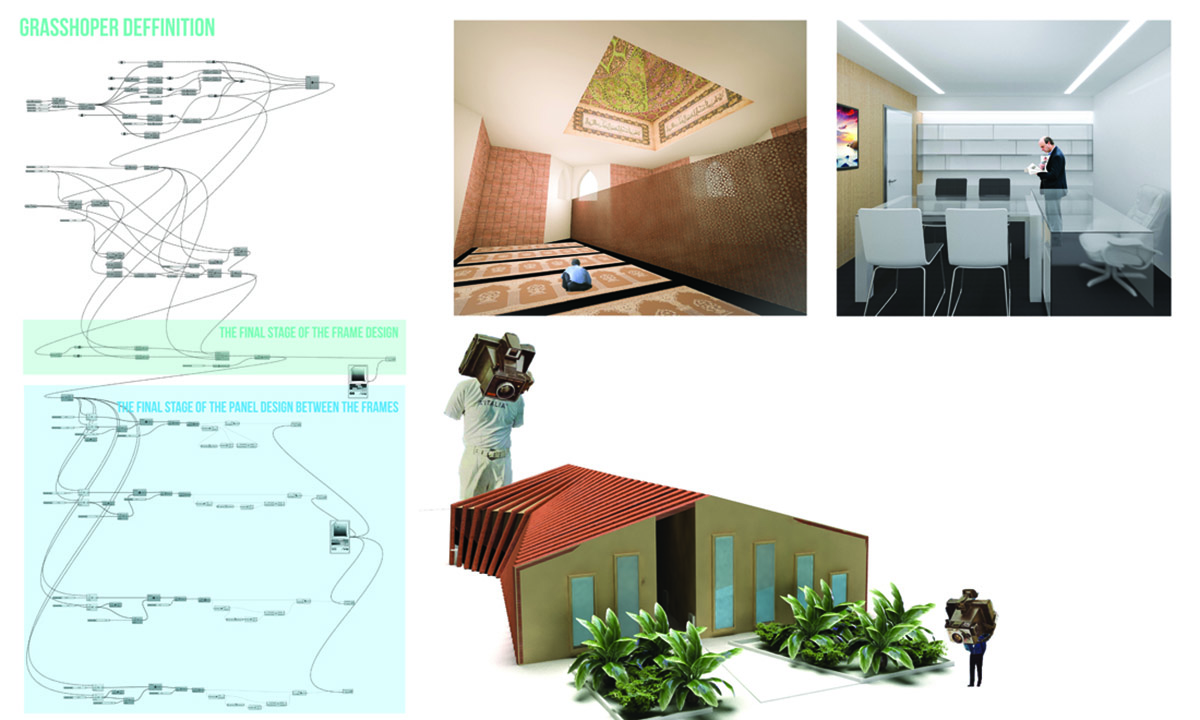 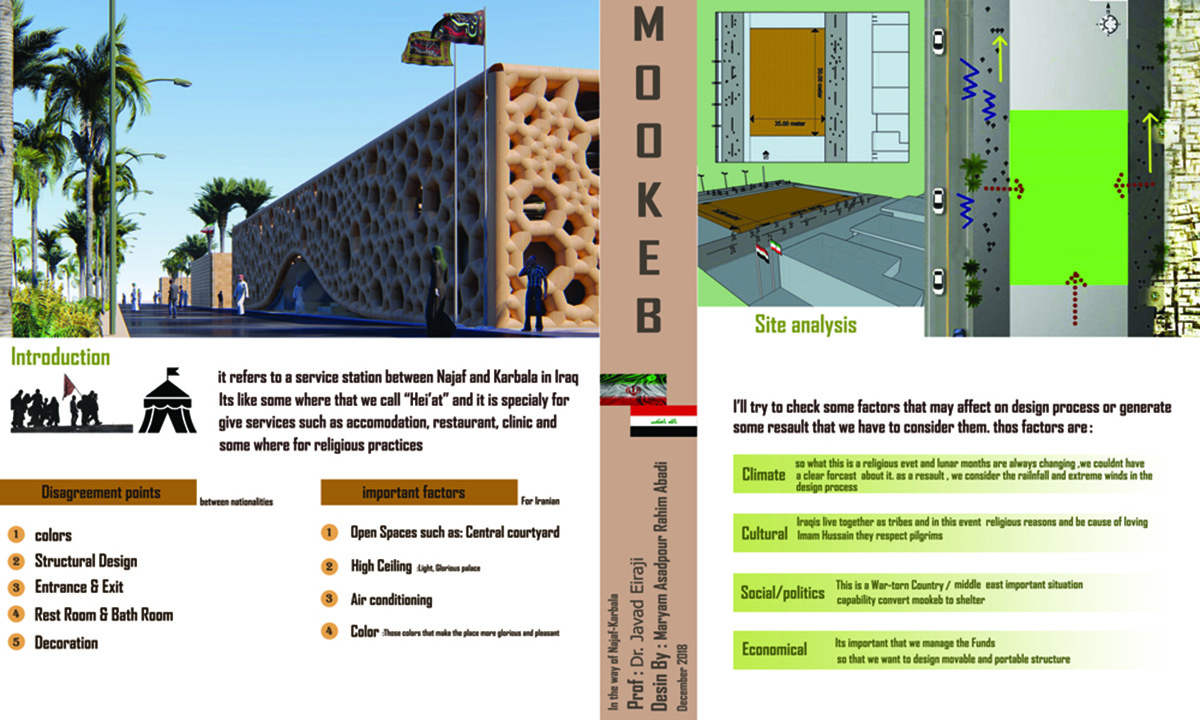 In this project, not only the bionic concepts but also the cultural details have been studied. Study about culture of both nationality (Iran and Iraq) tells us some disagreement points in design process.

1-Colors: Iranian people like some colors that show the place more glorious and pleasant.

2-Structural Design: Iraqi people, opposite of Iranian, are not professional to design and implement modern, temporary and strong structures.

3- Entrance and Exit: In Iraq, opposite of Iran, there is no specific definition for entrance and exit zone.

4-Rest Room and Bath: In this zone of Iraq preparing sanitary facilities is too hard.

5-Decoration: In Iranian architecture, decoration and using elements and conceptual design is important. It means for Iranian, artistic aspects are as important as technical aspects. 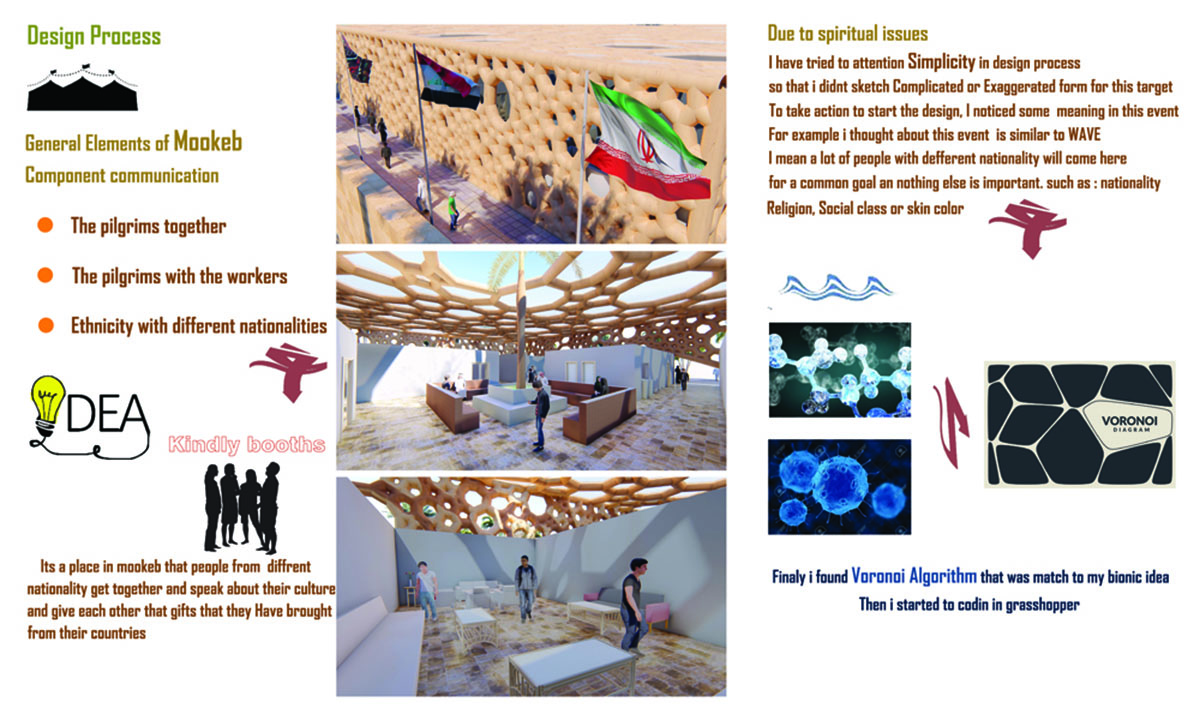 Finally some factors which were used as Mookeb design process are as below:

2- High ceiling: Because of light and to make the spaces glorious.

3-Air conditioning: Because of the function of this place and also because of a long walk that people have and their bodies` conditions (sweating), a good air conditioning is an important factor.

4-Colors: should use those colors that make the place more glorious and pleasant. 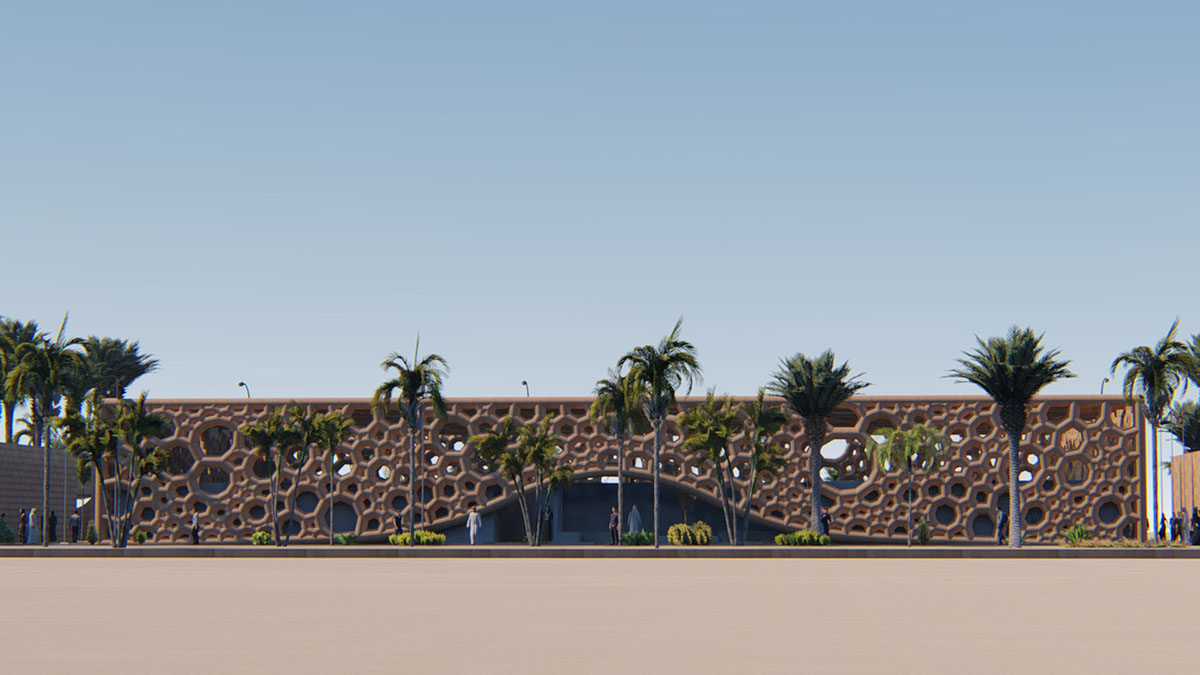 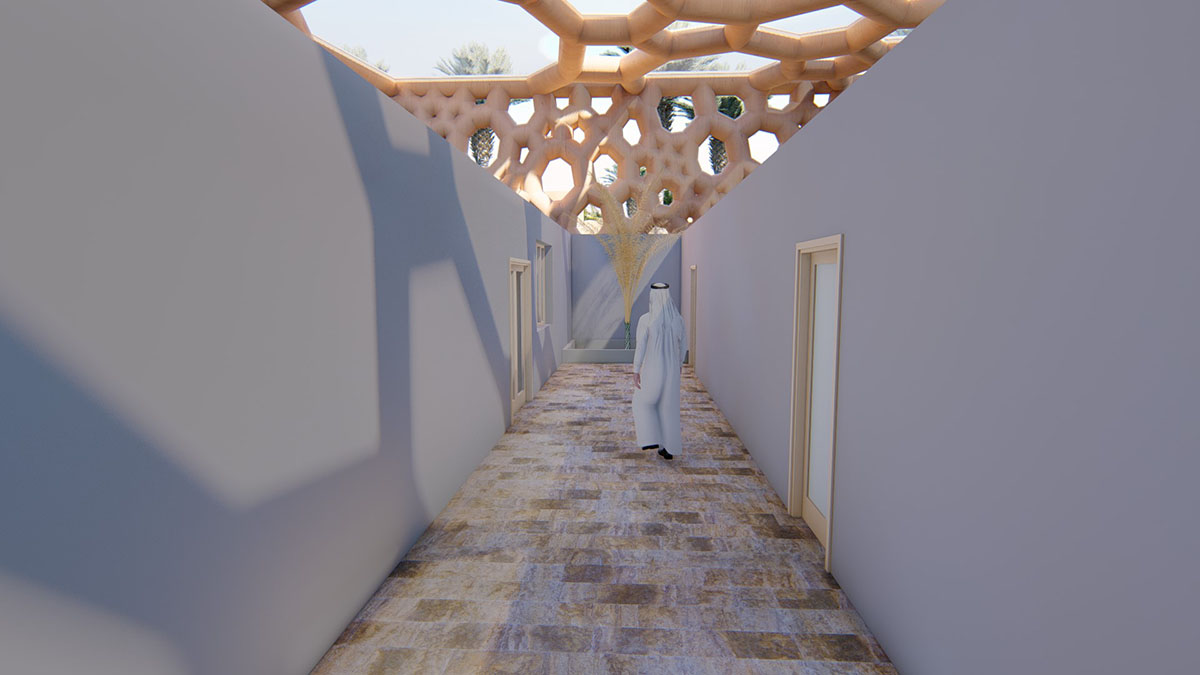 The project has tried to pay attention to “Simplicity” in design process, so that designer didn’t sketch complicated or exaggerated form for this target to take action to start the design. Some meanings in this event were studied and according to these studies the “Wave” concept was considered.

A lot of people with different nationalities come here for a common goal and nothing else is important. Nationality, religion, social class or skin color are not important and the goal of this trip is clear.

So the design process researched to find a bionic idea that can show this target and according to these, the designer started to search about water and wave structure.

According to the molecules of water, while they have an independent character and are connected in a particular pattern with a common goal.

Next, the student has tried to find a similar function in architectural world. Finally “Voronoi Algorithm” was found that was match to project bionic idea. Then the coding in grasshopper was done. 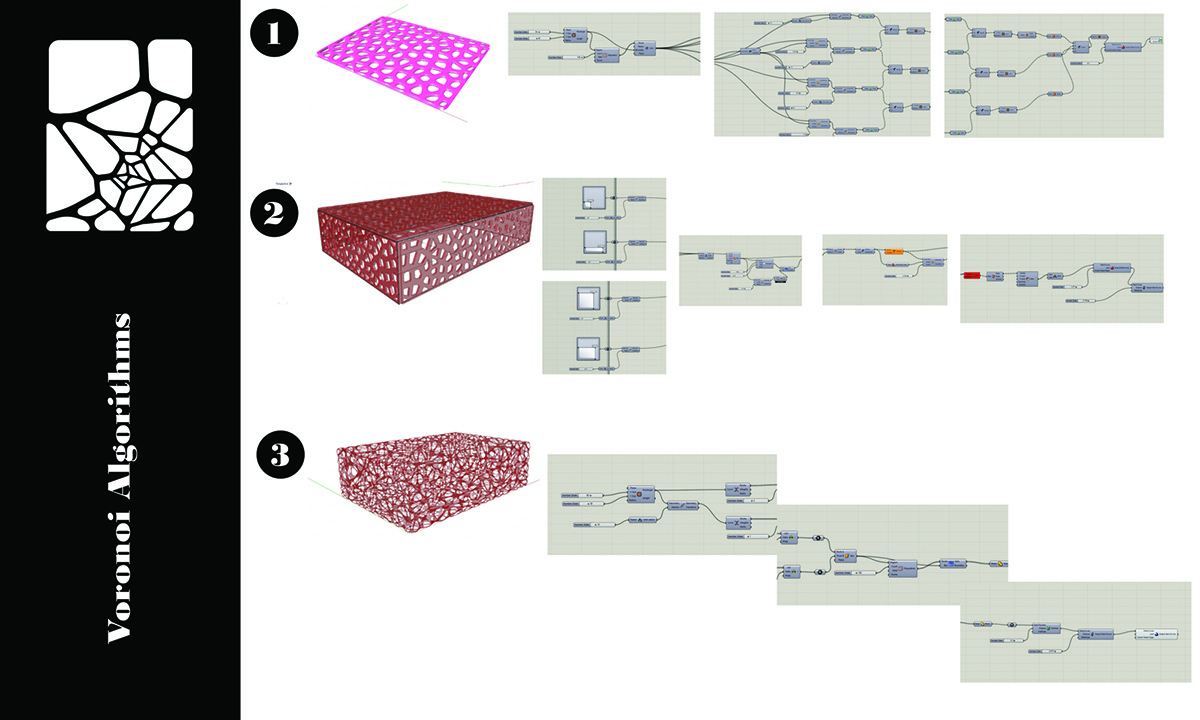 In architectural approach, designer noticed desert famous elements, such as palm, tent, sand, wood, camel and abstraction from horizon line in the desert and these factors were so important for creating design diagrams.

In the final form, designer has used “Palm Tree” in central courtyard as desert famous element and it was considered that the heigh of palm becomes higher than the ceiling height to make a sign in the desert.

Then It was decided to make the entrance bold that can show invitation. 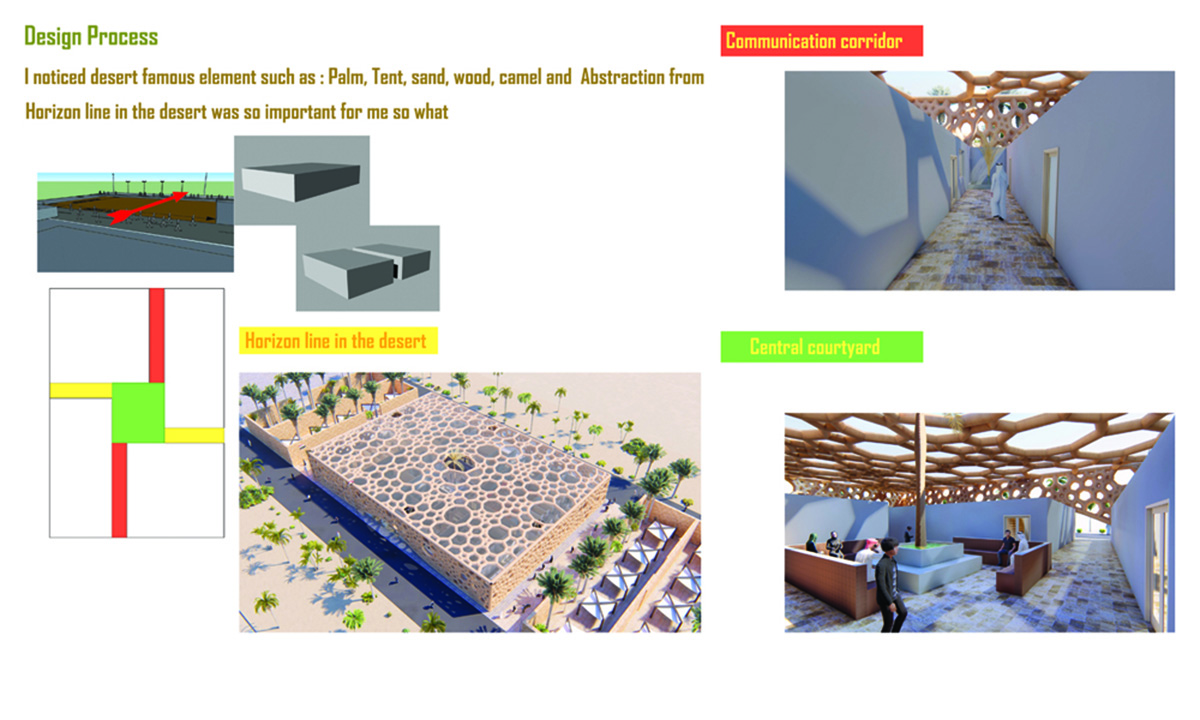 This project has tried to check some factors that may affect on design process or generate some results that we have to consider them. Those factors are:

1-Climate: As Arbaeen is a religious event and lunar months are always changing, the design management couldn’t have a clear point about it, as a result, designer has considered the rainfall and extreme winds in the design process.

2-Culture: Because of religious believes all Iraqi Shia people try to love all who love Imam Hussain and respect pilgrims.

3-Social/ Politics: Iraq is a war-torn country and because of middle East important situation capability, the design should be able to convert Mookeb as a shelter.

4-Economy: It is important that designers manage the funds so that it can be possible to design movable and portable and in the same time strong structure. 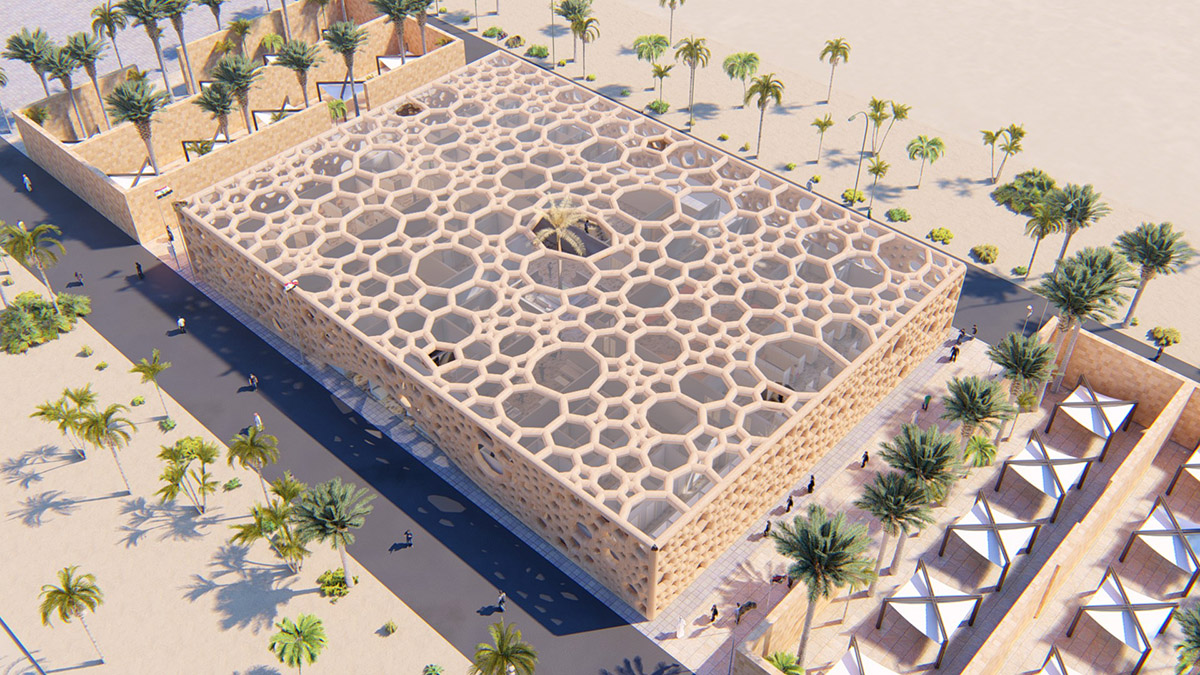 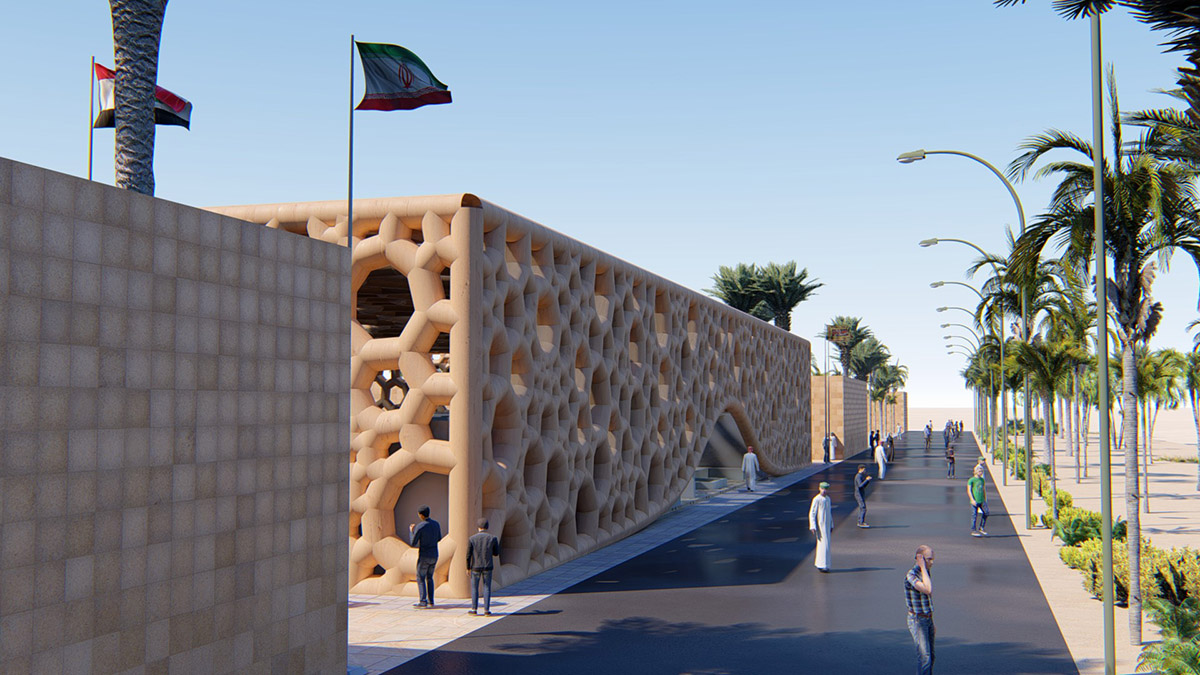 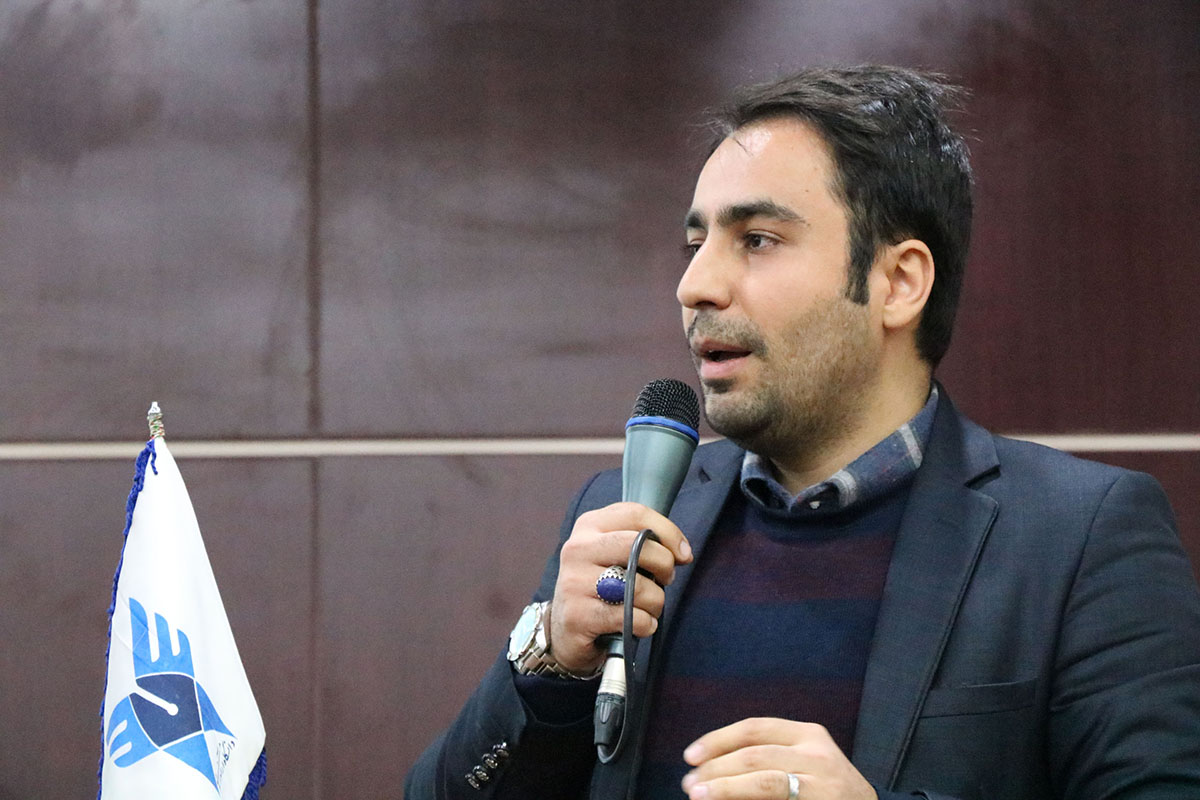 All Images and Drawings © Azin Nemati and Maryam Asadpour