Foster + Partners who had replaced Maki and Associates two years ago (refer WAC News), have now finalised the master plan and design of the Capitol Complex of Amaravati - the upcoming capital city of Andhra Pradesh. It was born after the bifurcation of erstwhile state of Andhra Pradesh into two states that is, the Telangana with existing city of Hyderabad as its capital and, the newly carved Andhra Pradesh with its envisioned capital at Amaravati.

Foster + Partners have prepared the master plan of the Capitol Complex which is proposed to be located on a linear strip of 1 km wide and 5.5 km long. This strip touches river Krishna on its north and runs towards south passing through 217-square-kilometre city of Amaravati. Being located in the heart of the proposed city the site of the Capitol Complex becomes central focus of the capital.

Apart from the preparation of master plan of the Capitol Complex Foster + Partners have designed the key buildings like Legislative Assembly, High Court and some Secretariat buildings.

The linear site of the Capitol Complex is clearly defined by a strong urban grid that structures the city. It is said that this green spine draws its inspiration from Lutyens' New Delhi and New York's Central Park. As per the master plan about 60% of the area has been earmarked for greenery and water bodies.

The transportation system includes electric vehicles, water taxis, and dedicated cycle routes, along with shaded streets and squares that will encourage people to walk through the city. 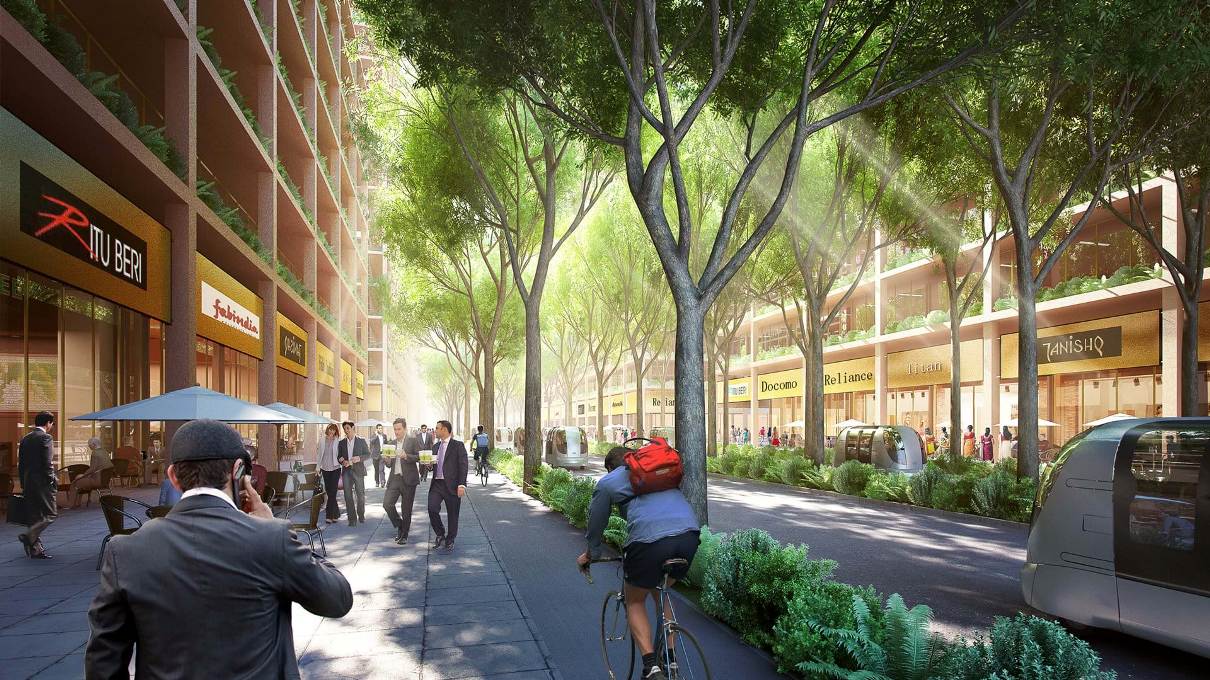 The magnificent Legislative Assembly building is situated at the centre of the green belt thus forming the focus of the entire complex. It is surrounded by high-rise towers of secretariat and cultural buildings.

The High Court building is placed away from the central axis. Apart from these, there is some dense mixed-use development planned around 13 urban plazas which represent symbolically the 13 districts of Andhra Pradesh. 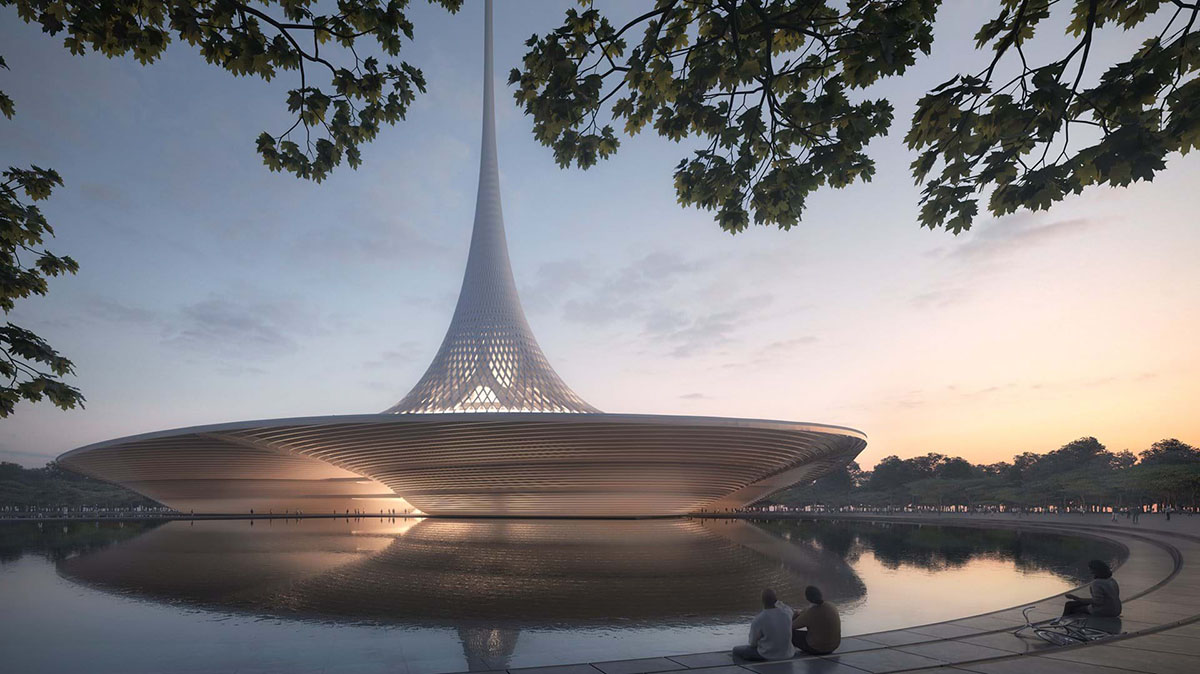 The iconic Legislative Assembly building is placed within a large lake. It is sheltered by a giant 250-metre-high conical roof with wide overhanging canopy that provides shade while allowing for cool breezes to blow freely through the building. The needle-like conical shape of the roof also resembles 'A' for Amaravati which is being featured prominently on city's logo accompanied by the slogan 'The People's Capital'.

Keeping in view the peculiar requirements of their client, Foster + Partners evolved the plan based on the principles of Vastu Shastra. In the square-shaped plan, public entrance has been provided on the north and the ministers' entry has been kept on the east side. The main assembly chamber is placed towards the southwest corner of the building which is considered the most auspicious.

The council hall is placed on the northeast corners and administrative offices on the northwest. The centre of the building has been designed as a void, akin to a courtyard. This space acts as a gathering place for public and the elected members of legislative assembly. A spiral ramp takes people up to the cultural museum and the viewing gallery. 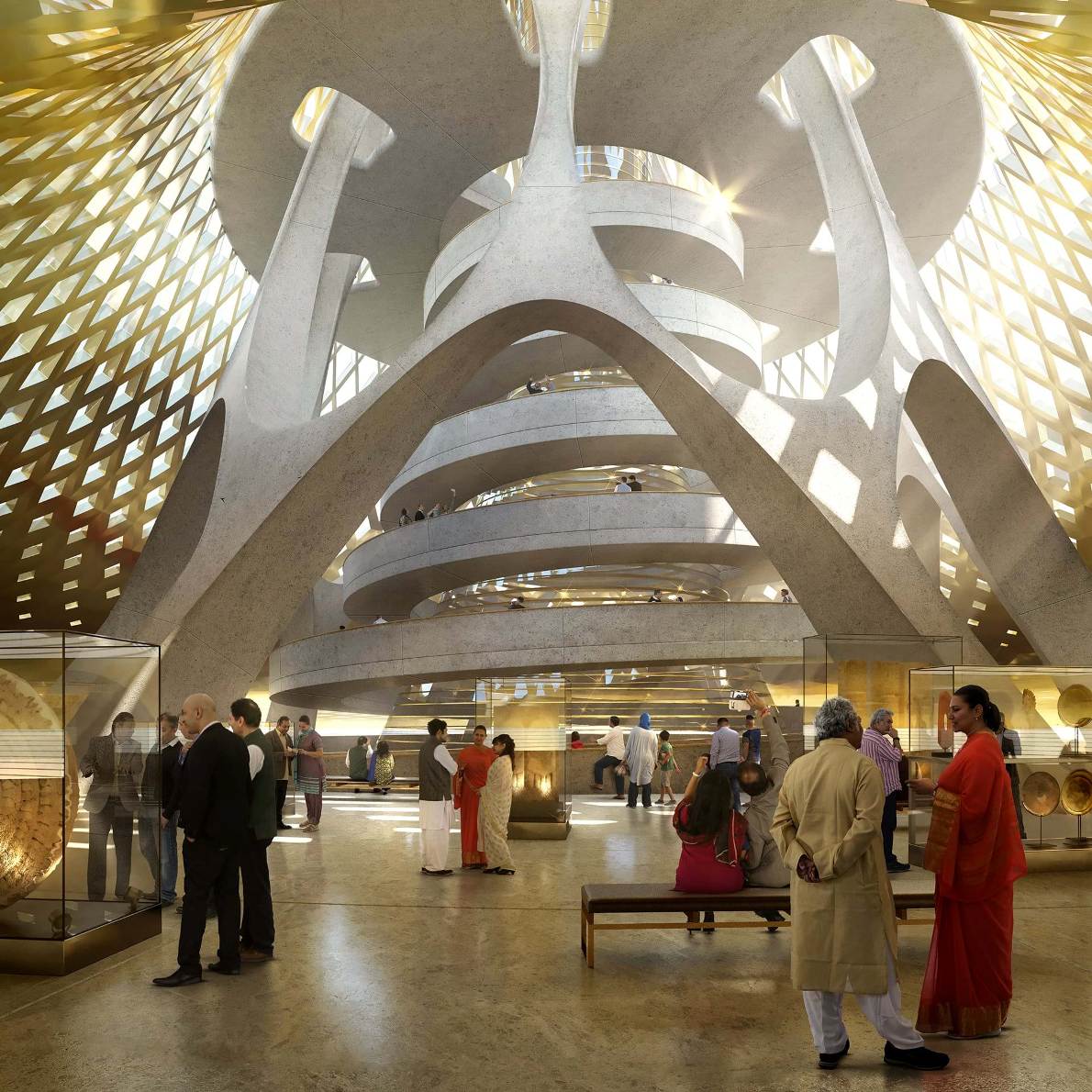 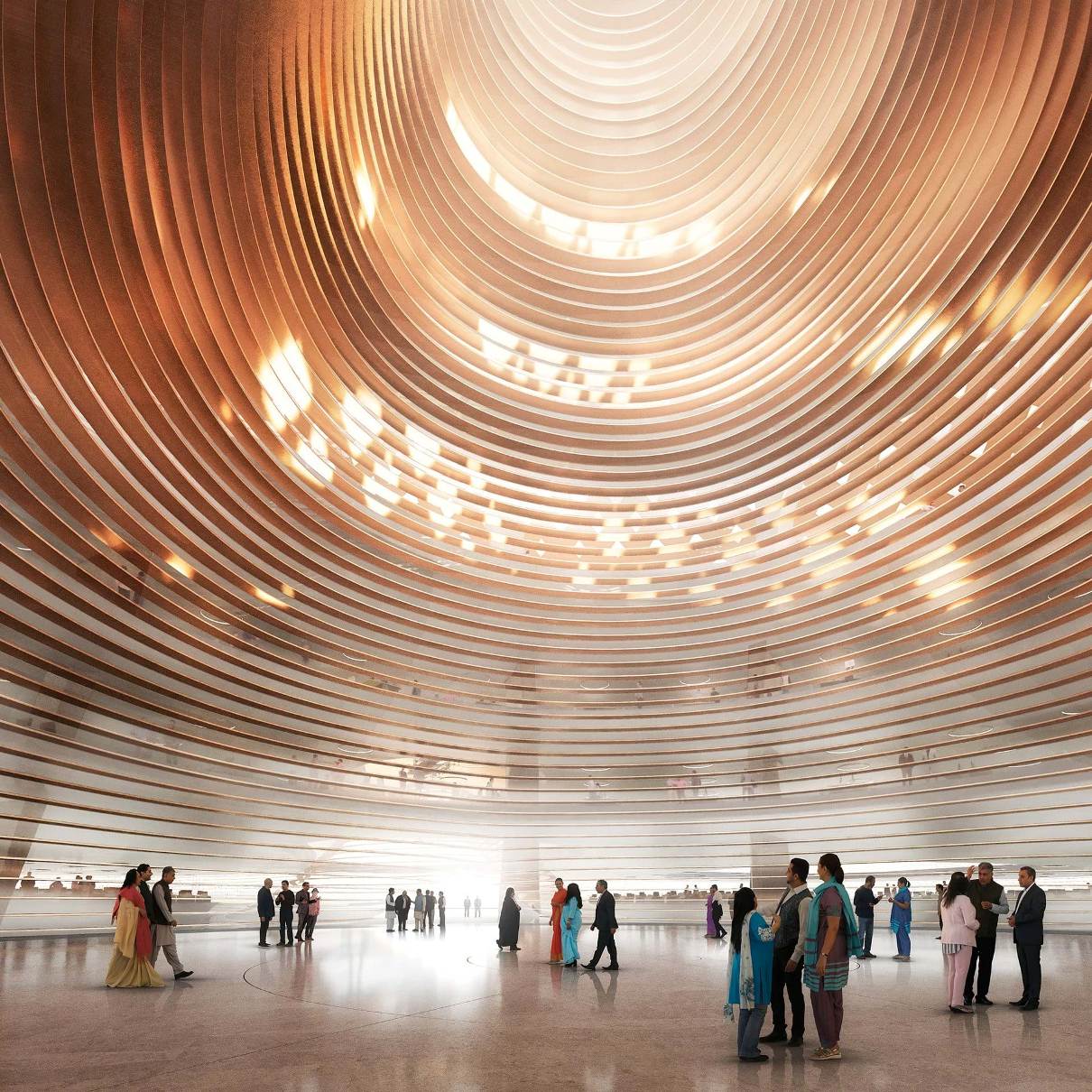 A comparison between Norman Foster's plan and Le Corbusier's plan of Legislative Assembly building in Chandigarh reveals that in the latter, placement of chambers, offices and entries are totally opposite to the Vastu principles. But that doesn't mean that the Assembly building at Chandigarh is inauspicious. 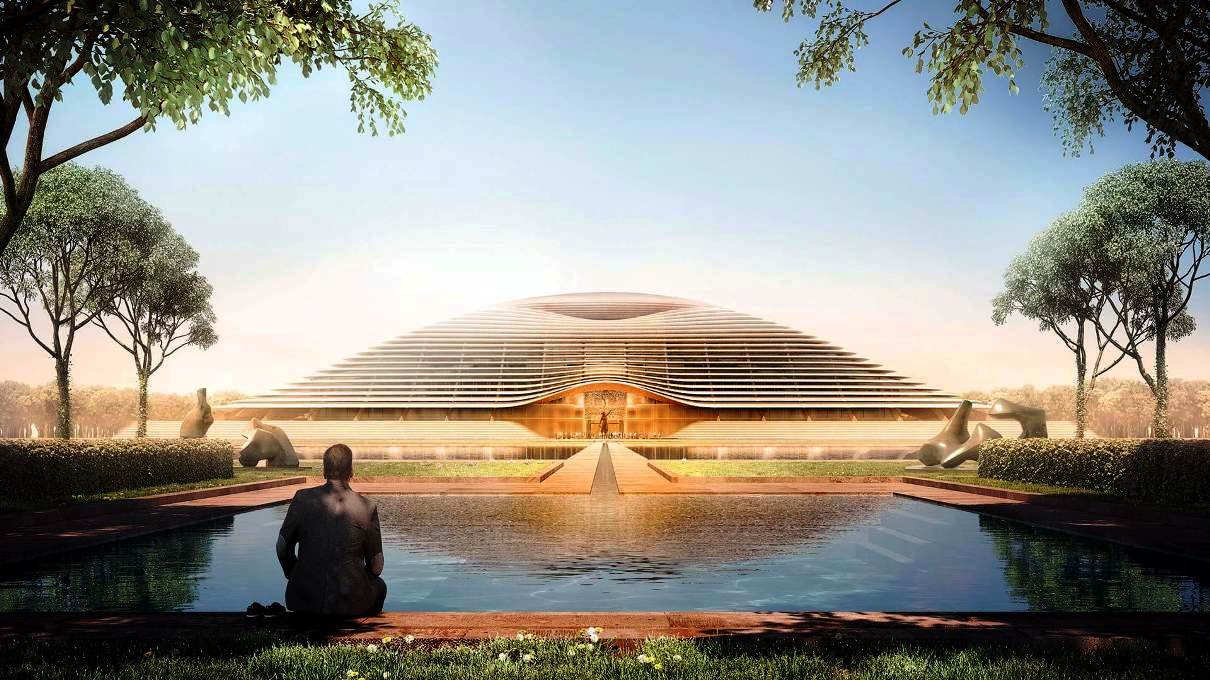 The High Court building has a stepped roof form which echoes that of Indian ancient stupas. The deep overhangs of the roof provide shade while allowing the building to be naturally ventilated. Influenced by the traditional temple arrangement, the plan of the building is formed of alternating concentric layers of rooms and circulation spaces.

The most publicly accessible parts, the administrative offices and the lower courts, are located on the outer edges of the building, while the inner areas are reserved for the Chief Justice's court and private chambers. The building has a courtyard and a roof garden, that allows the greenery to penetrate the interior spaces. 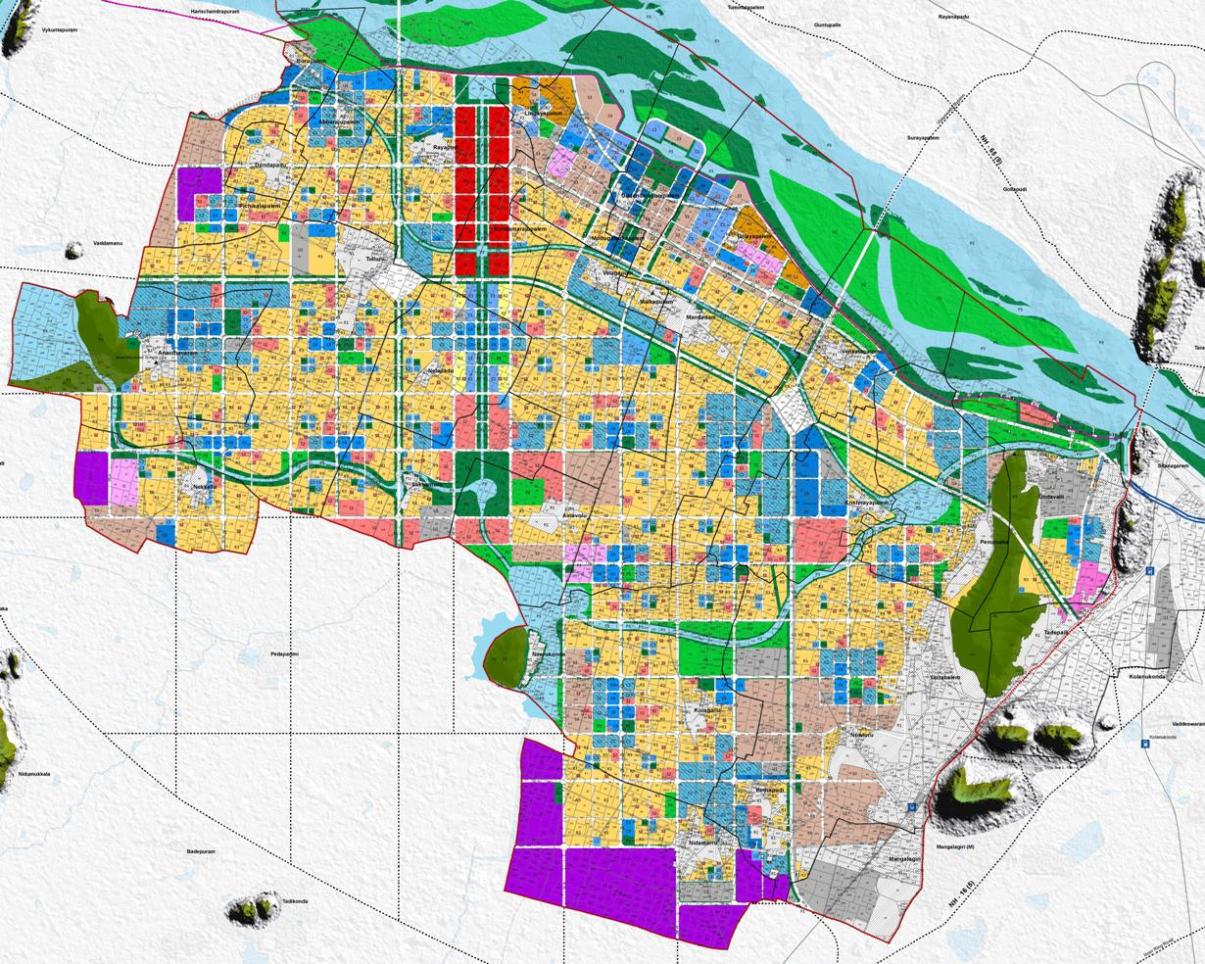 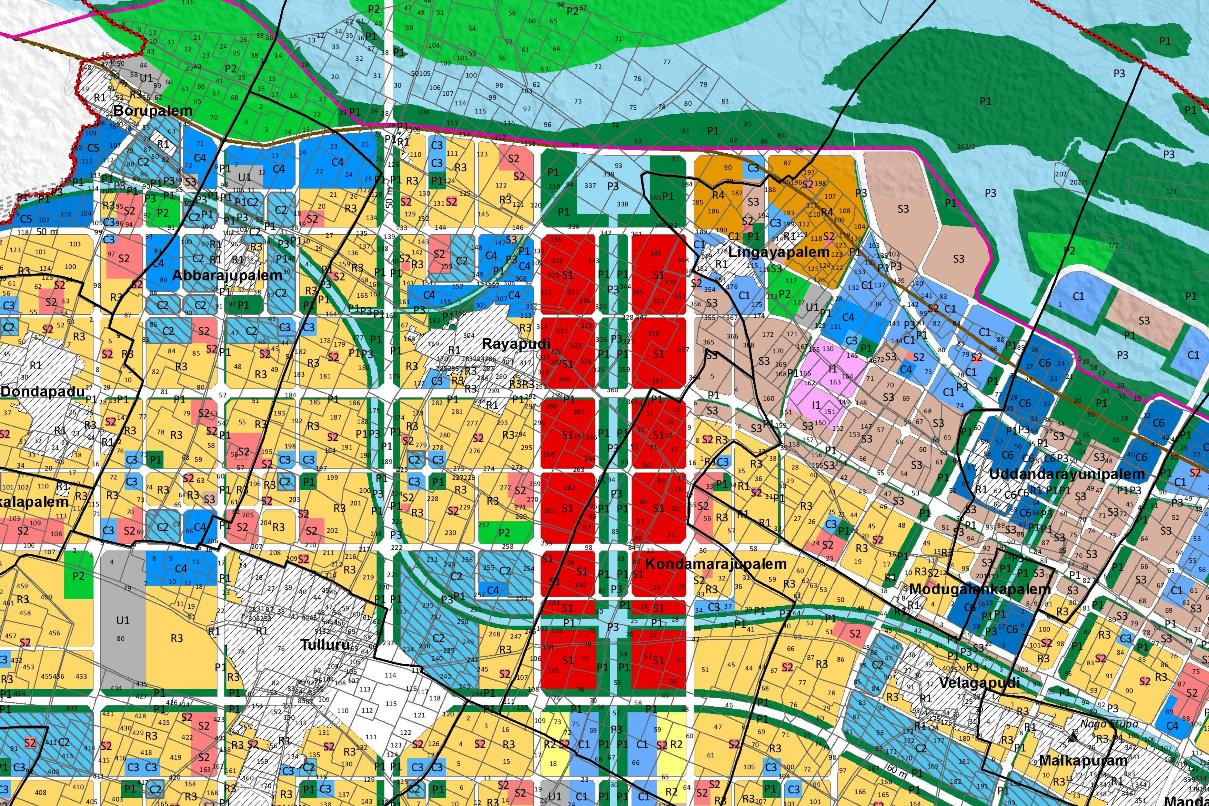 Site of the Capitol Complex shown in red. Plans courtesy of amaravati.gov.in

All images courtesy of Foster + Partners unless specified otherwise.