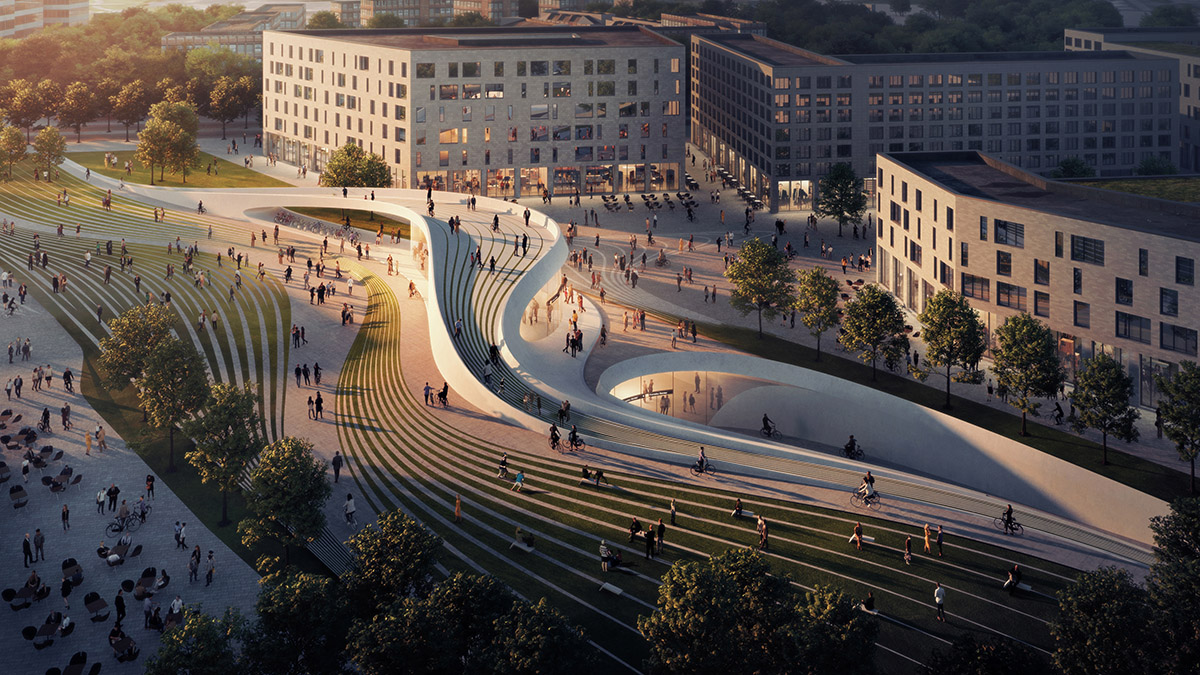 Oslo is conceived as one of Europe’s fastest growing cities and the city's population has increased to more than a million people living within its urban area defined by forests and mountains to the north, east and west, and by the Oslofjord to the south. 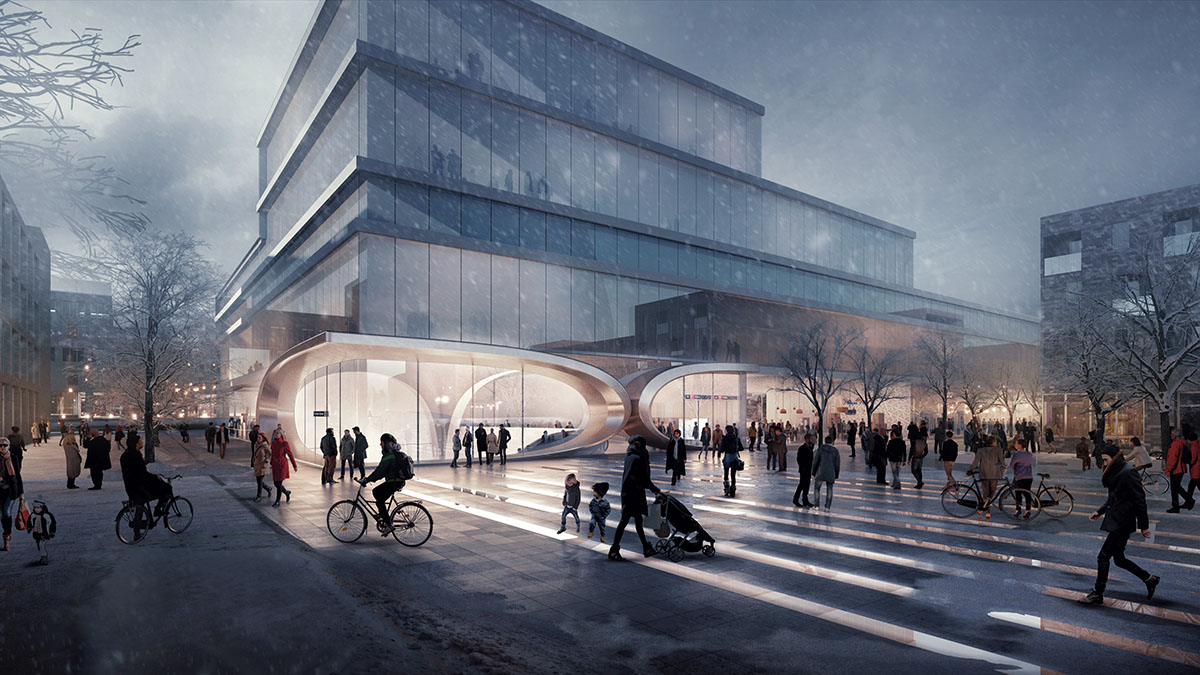 "Accommodating this growth without impacting the protected natural habitats that surround the city, the redevelopment of Olso’s decommissioned airport on the Fornebu peninsula will create a community of 6,000 new homes together with civic, cultural and corporate developments providing up to 25,000 new jobs," said ZHA in a press release. 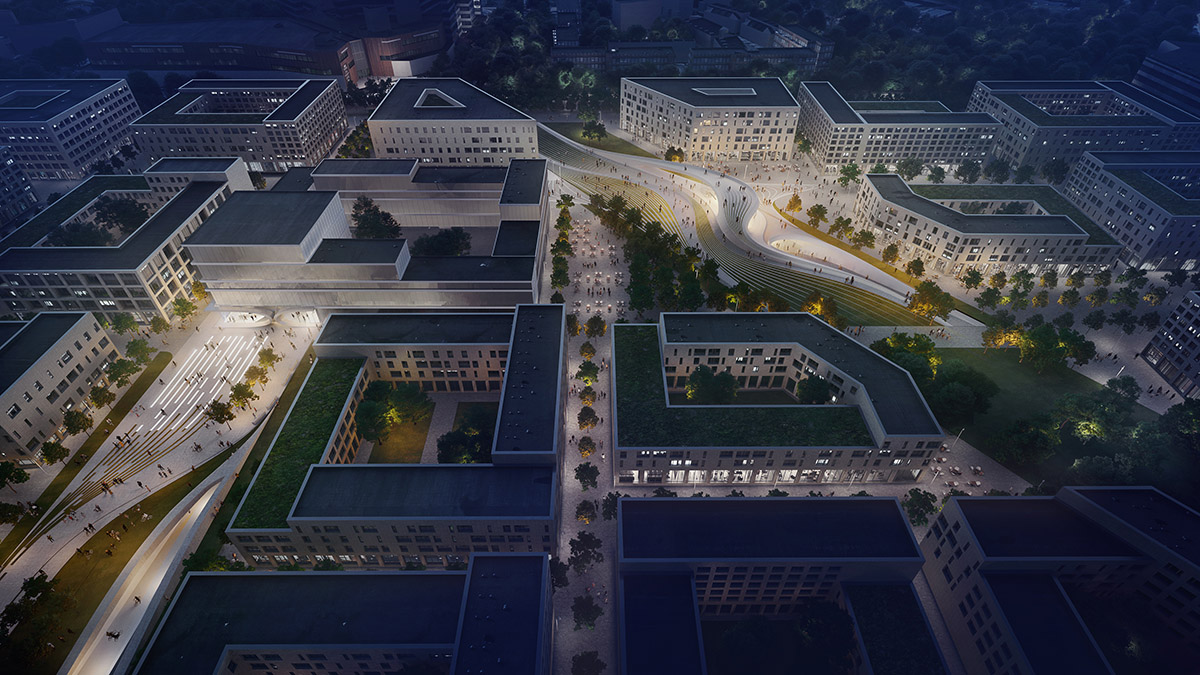 The new 8km Fornebubanen metro line will run in a sub-surface tunnel connecting Majorstuen interchange station in Oslo’s city centre to Fornebu Senter on the peninsula. The Fornebubanen line will include six new stations: Skøyen, Vækerø, Lysaker, Fornebuporten, Flytårnet and Fornebu Senter from where the journey to Majorstuen in the city will take approximately 12 minutes. 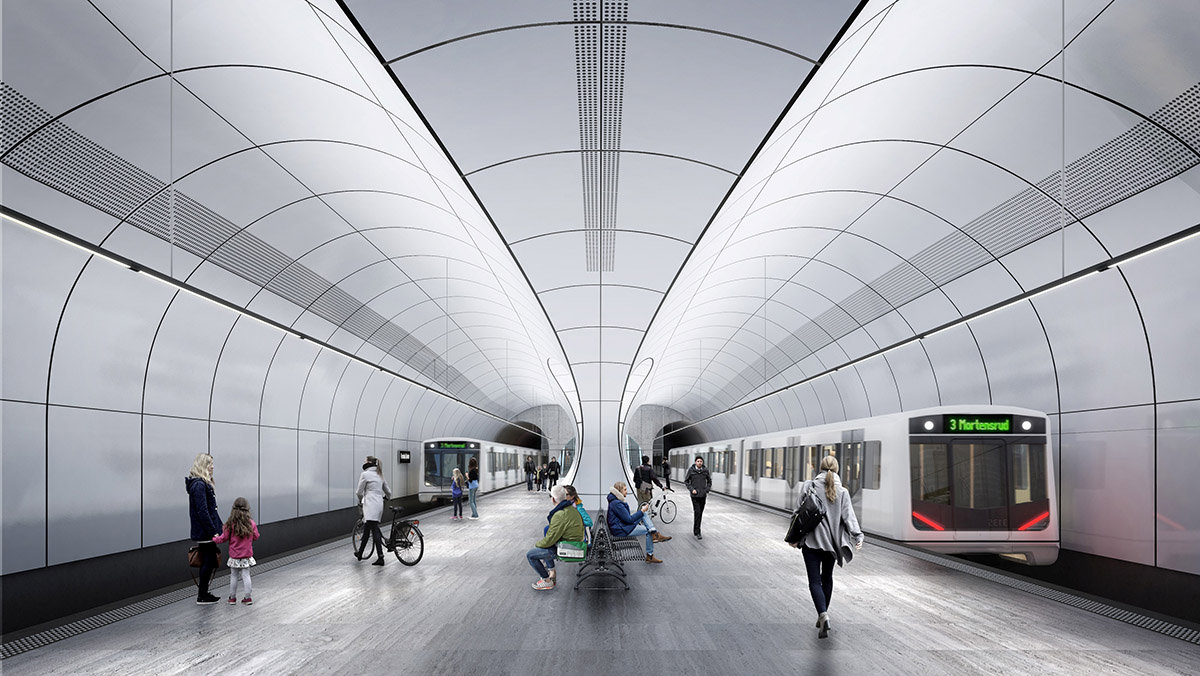 The entrances at either end of the new Fornbuporten station define two distinct civic spaces at street level. To the south, a layered, orthogonal pavilion and public piazza extend the Cartesian geometries of its surrounding urban fabric. To the north, an oval canopy sits within the natural landscape of the community park in which it is located. 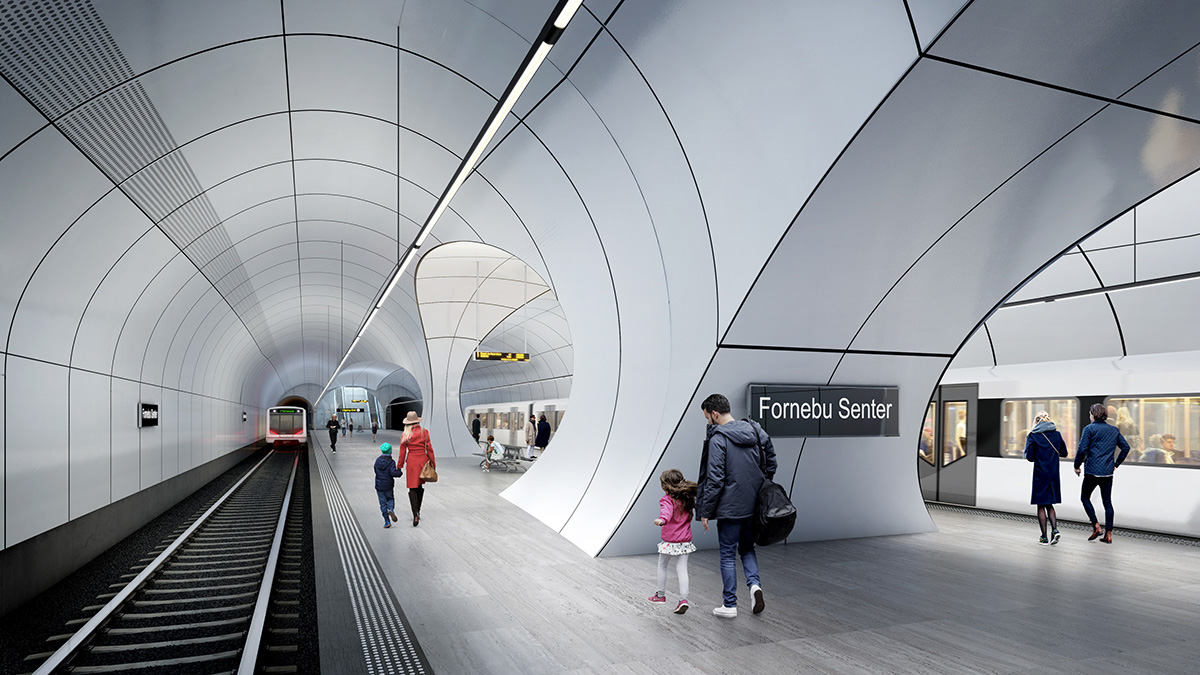 These contrasting geometries continue below ground to merge along the length of the station’s platforms. Both entrance pavilions reflect the full spectrum of scattered light that varies with the ever-changing Oslo sky. Atmospheric lighting throughout the station fluctuates in tune with the time of day to enhance passengers' well-being.

ZHA is inspired by Norway’s mountainous landscapes and fjords that have been eroded over millennia, the Fornebu Senter station’s design carves canyons and spaces for the flow of people. 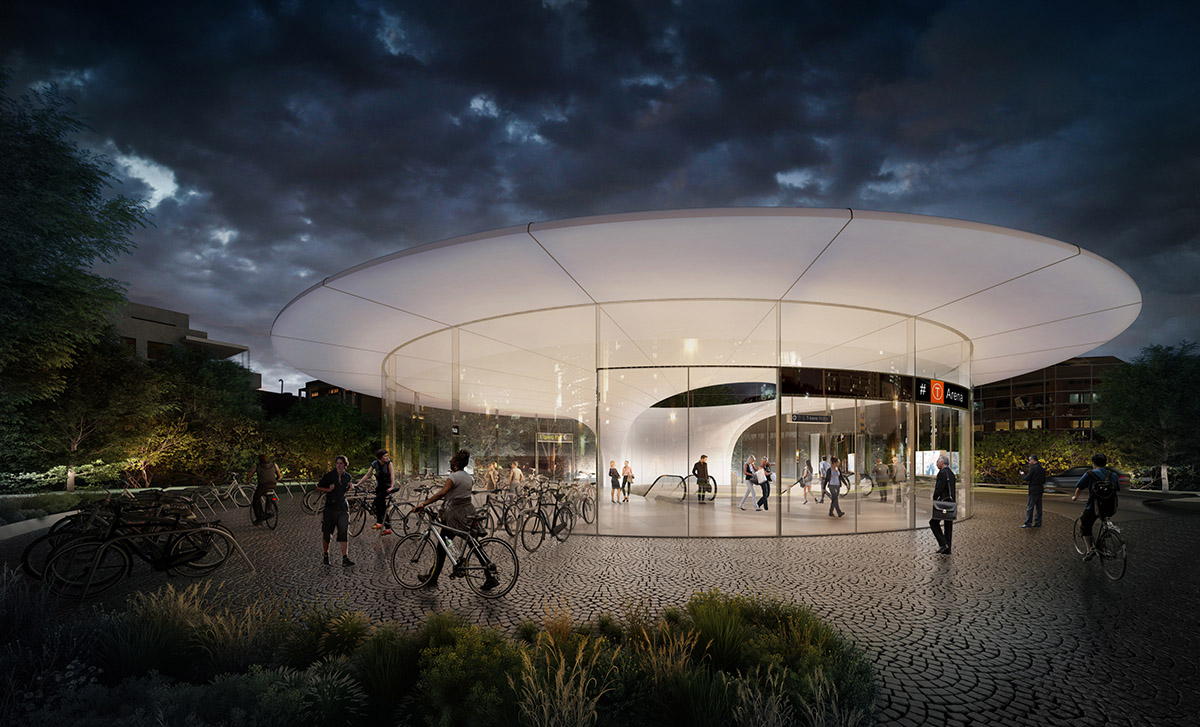 Echoing this concept of re-imagined glacial landscapes, public plazas at street level transform fluidly into entrances at either end of the station, becoming meeting places for their new community with a distinct architectural identity. 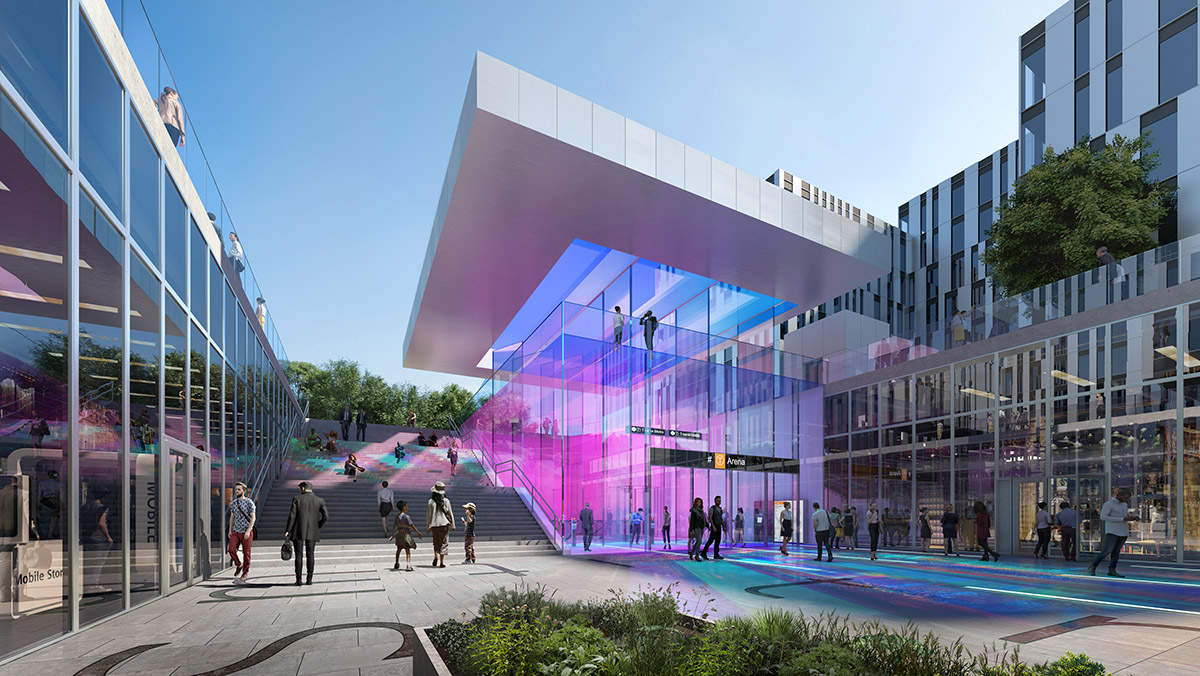 "It is an honour to be selected by the jury to build two stations in this design competition with many talented architectural practices. The Fornebubanen will be a vital new transport link for the city," said Gianluca Racana, director of Zaha Hadid Architects.

"People have been waiting for the Fornebubanen for a long time. The design of these stations will be crucial for the development of their locations," said Geir Haaversen, general manager and founder of A_La. 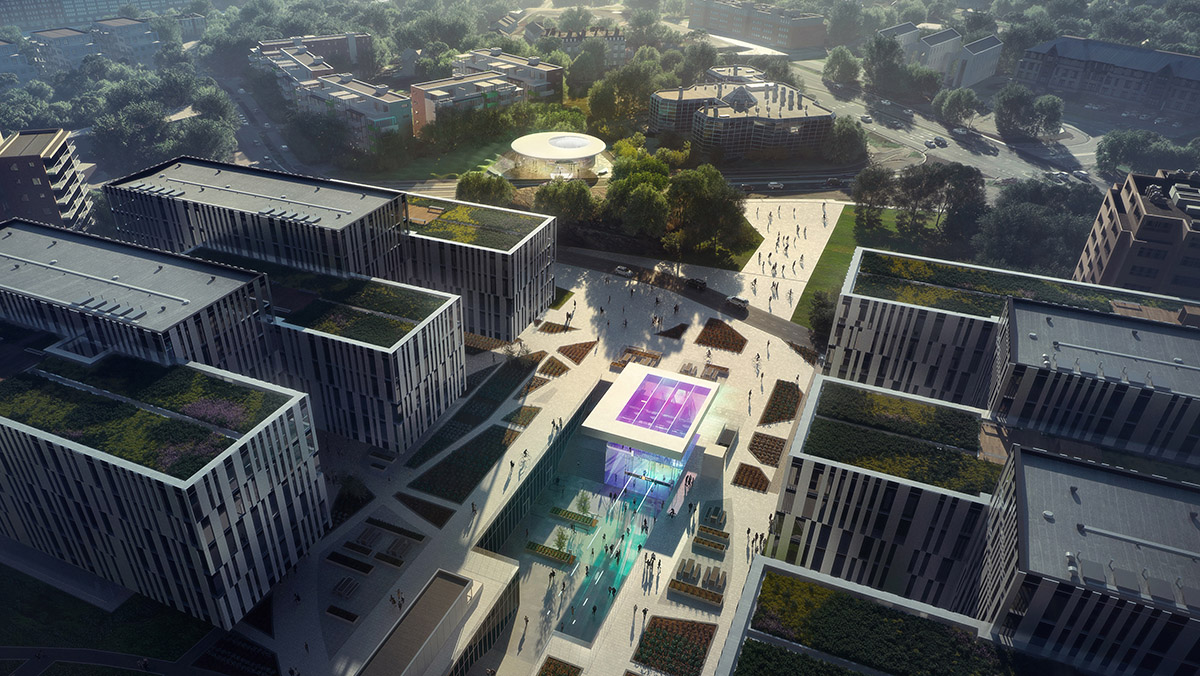 The competition jury assessed anonymous proposals from 14 different teams, stating the design of Fornebu Senter station demonstrated a vibrancy and enthusiasm for designing civic space. The jury also cited the Fornbuporten station proposal as expressing an innovative way of working with light. 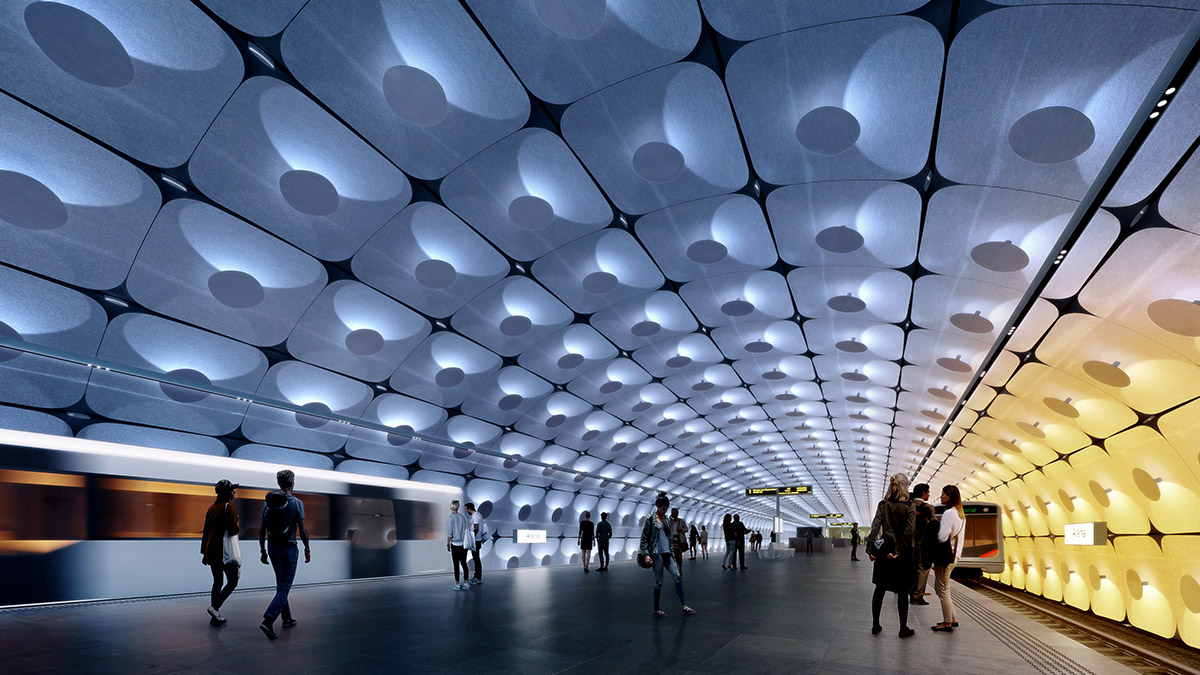 Ludovico Lombardi and Daniel Fiser, Zaha Hadid Architects' project directors, said: "We look forward to collaborating with A_Lab on this important project. Together we aim to deliver the most accessible stations that will also enhance the public realm." 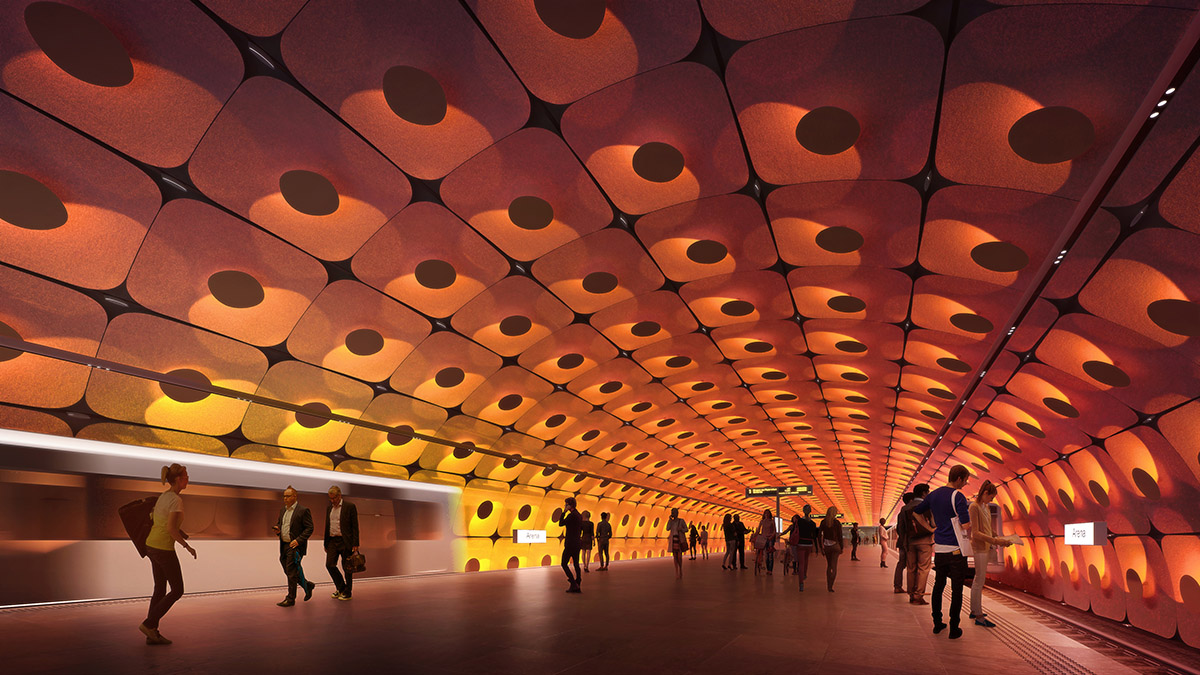 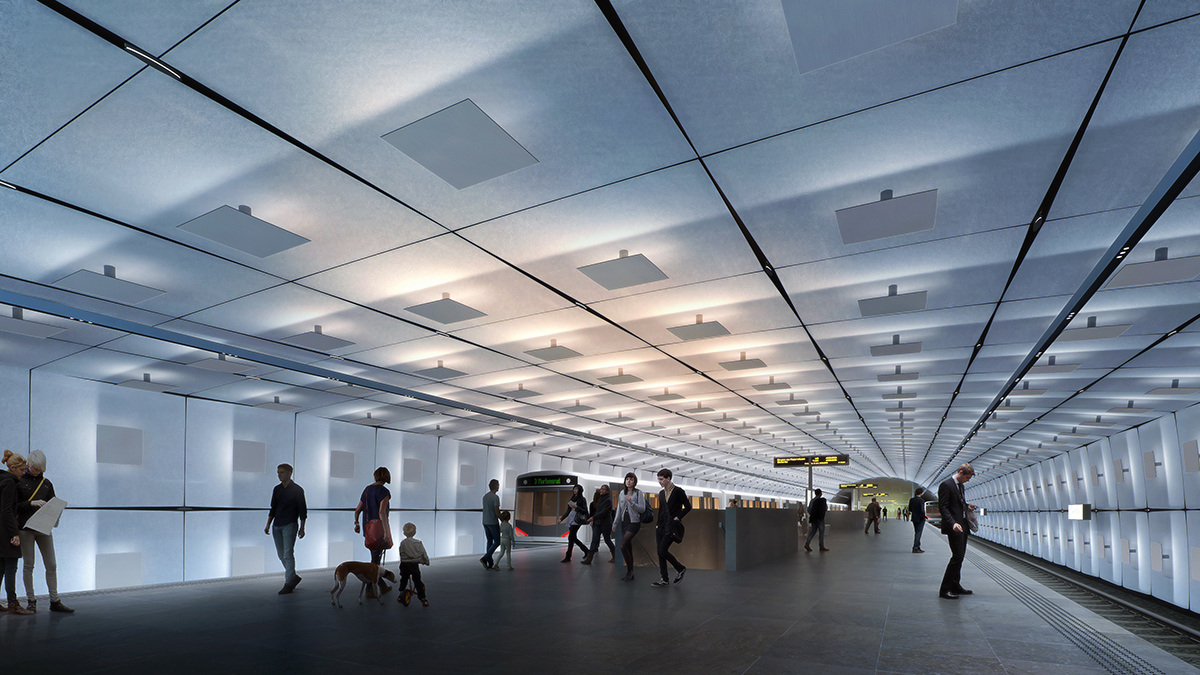 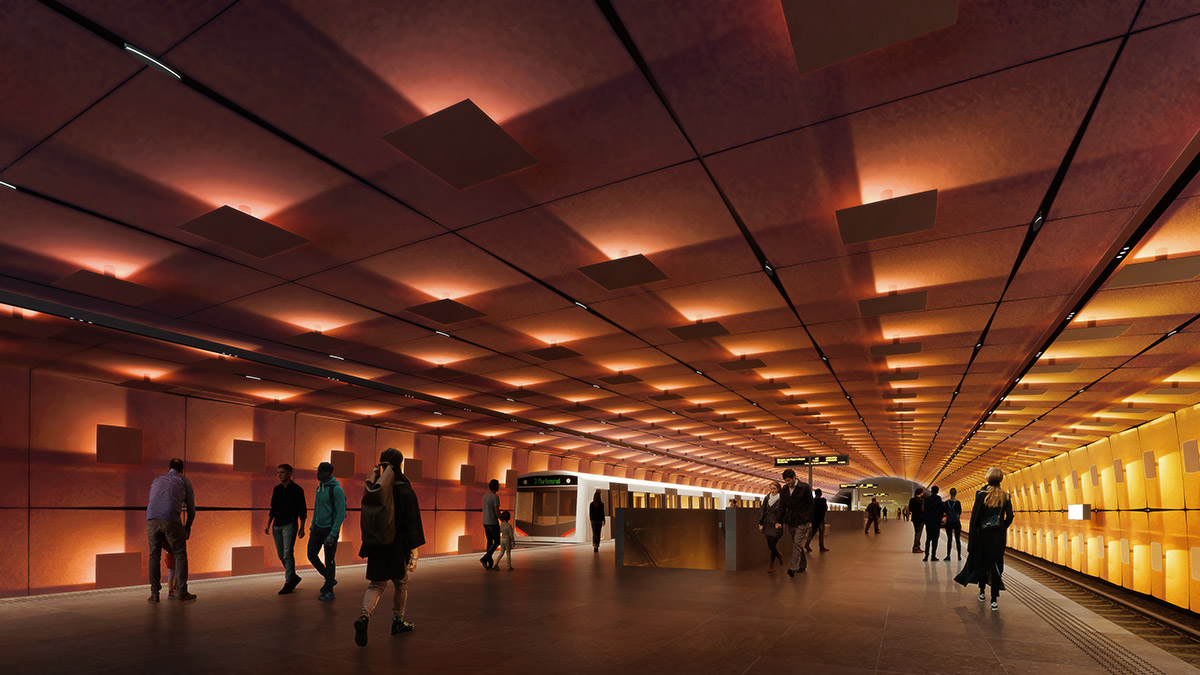 One of Oslo’s largest infrastructure projects, construction of the Fornebubanen is planned to begin in 2020 with completion of the new metro line scheduled for 2025.