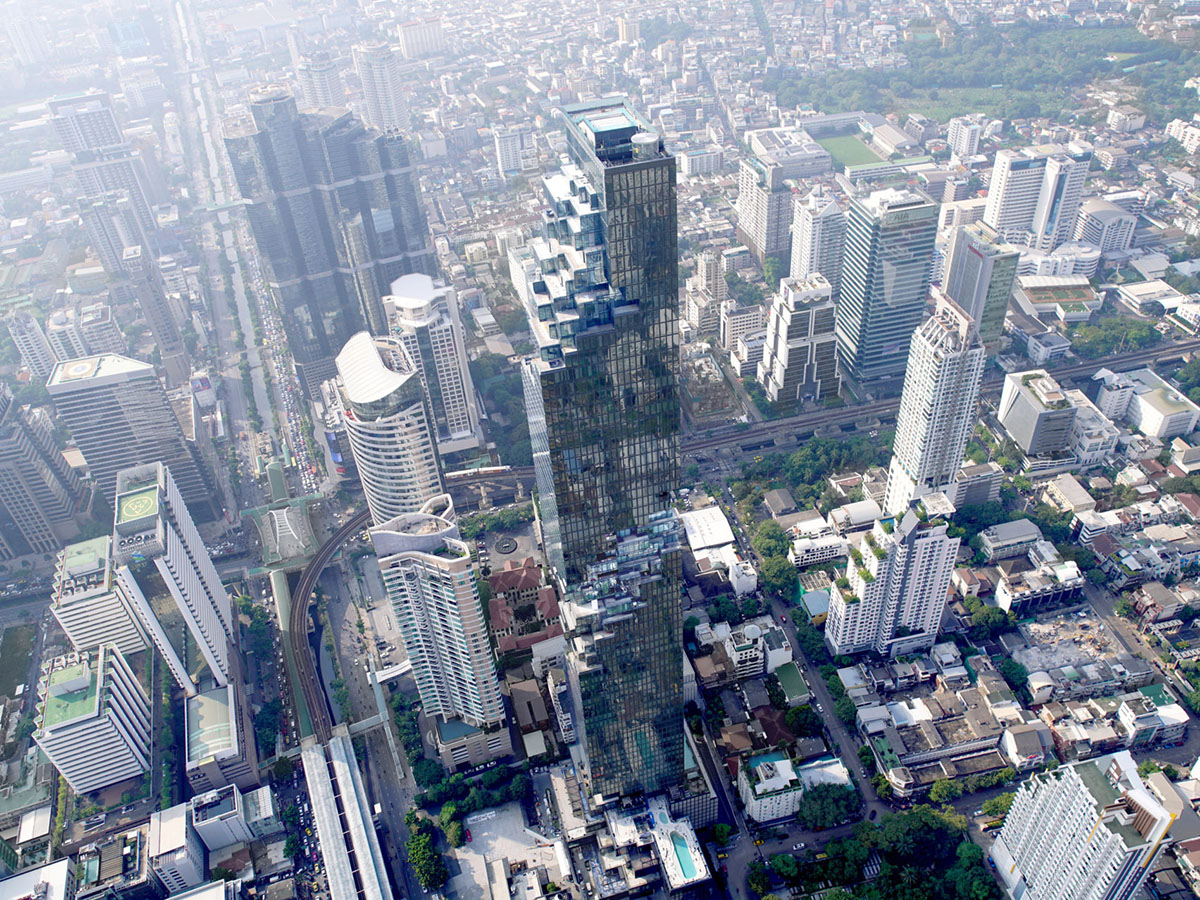 Büro Ole Scheeren has completed the fully glass observation deck on its pixelated MahaNakhon tower in Bangkok. With the highly anticipated opening of MahaNakhon’s Observation Deck, the new observation deck will provide 360 degree views of the bustling urban landscape and Chao Phraya River below and is open to the public and the city’s annual 20 million tourists.

Completed in 2016, the MahaNakhon tower was developed to translate the city as "great metropolis", which has transformed Bangkok’s skyline and its striking silhouette stands as an emblem of the city’s rising status as a global metropolis. 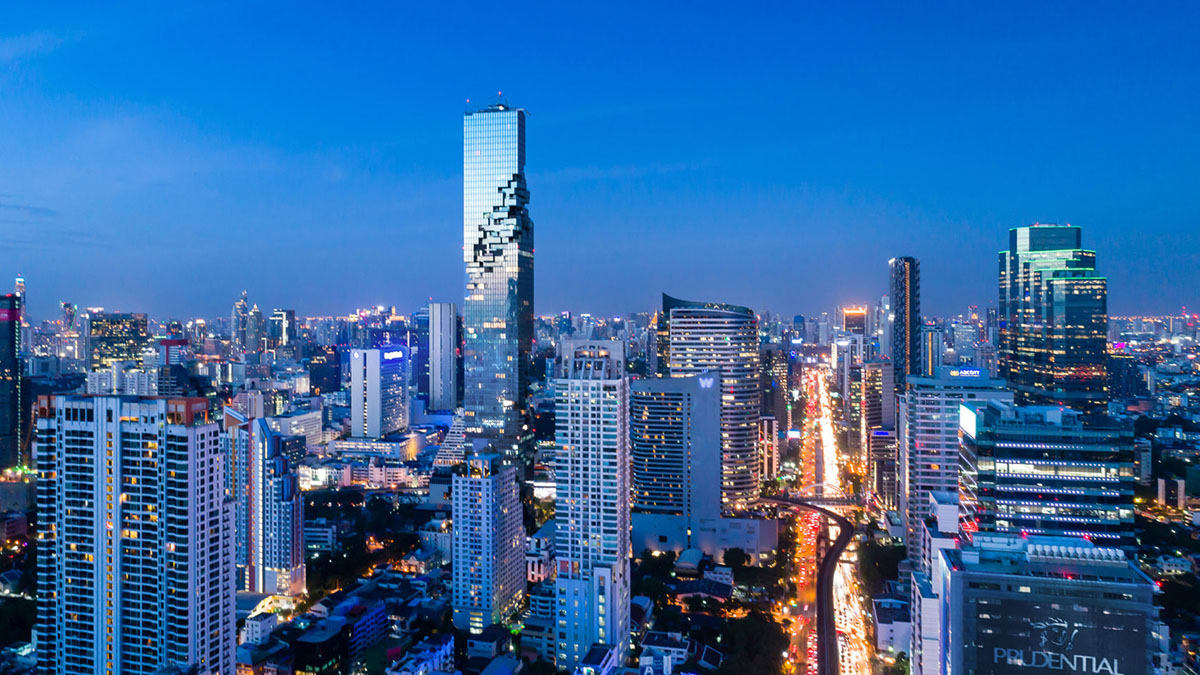 The 77-storey complex embodies a radical manifestation of the potential of the skyscraper to invigorate its urban context. The design dismantles the traditional formula of an inert and hermetic totem by opening up the tower to reveal the scale of human inhabitation inside the building. C

The tower is characterised by its distinctive sculptural profile and the three-dimensional pixelated ribbon that coils around its full height, the building unveils its inner life and projects the image of human activity to the surrounding city and beyond. 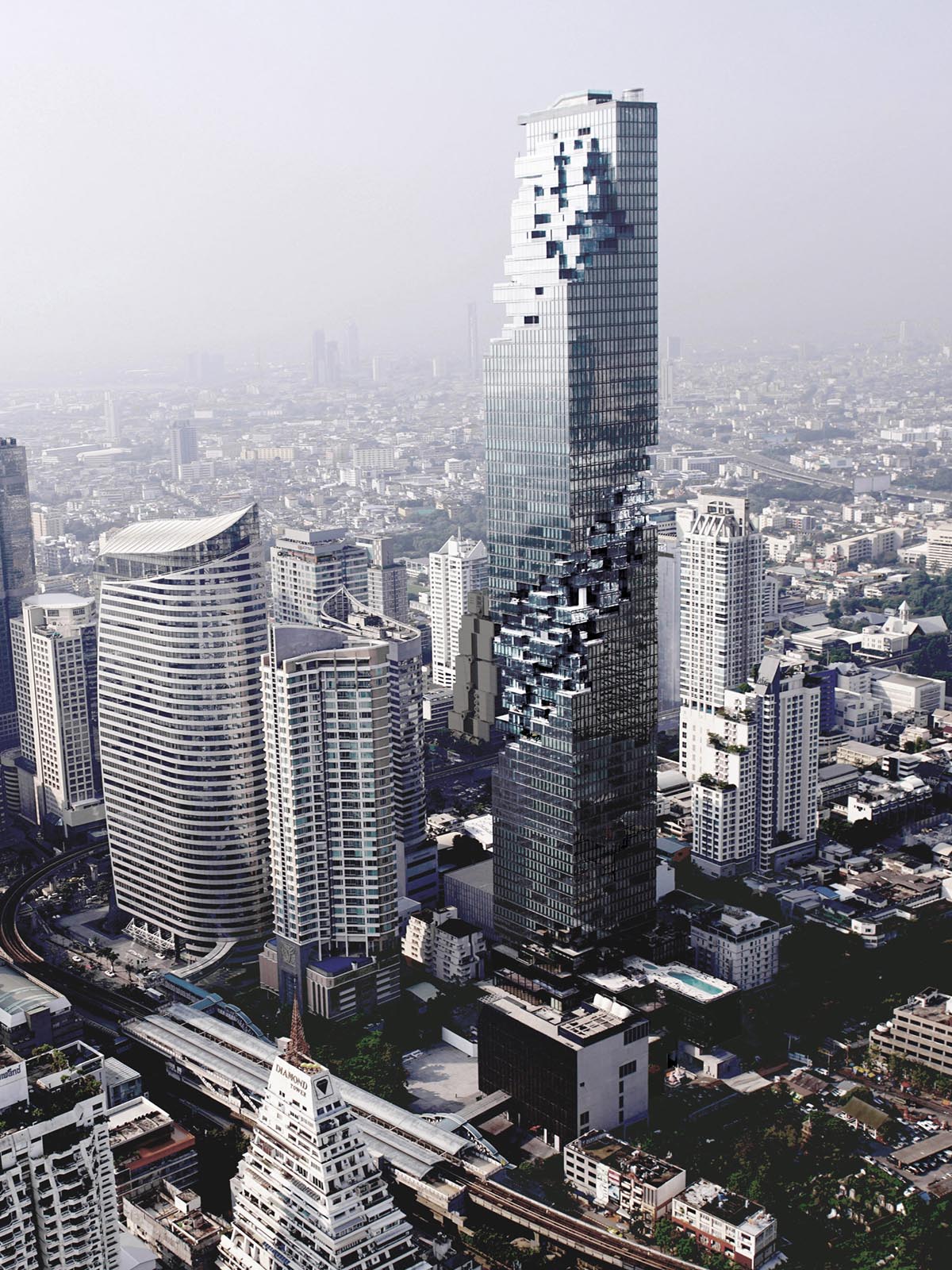 "The idea behind MahaNakhon was to take the life of the city and bring it up the tower in a dramatic, spiraling movement," said Ole Scheeren, Principal of Büro Ole Scheeren.

"Even the very top of the tower is surrendered to the public, so there is not only a public square at the ground, but human activity rises along the pixelated shaft to the top floors of the building which are given back to the public domain. It is a project that is strongly embedded in the city and the public realm, and expressively proclaims itself as an active part of it." 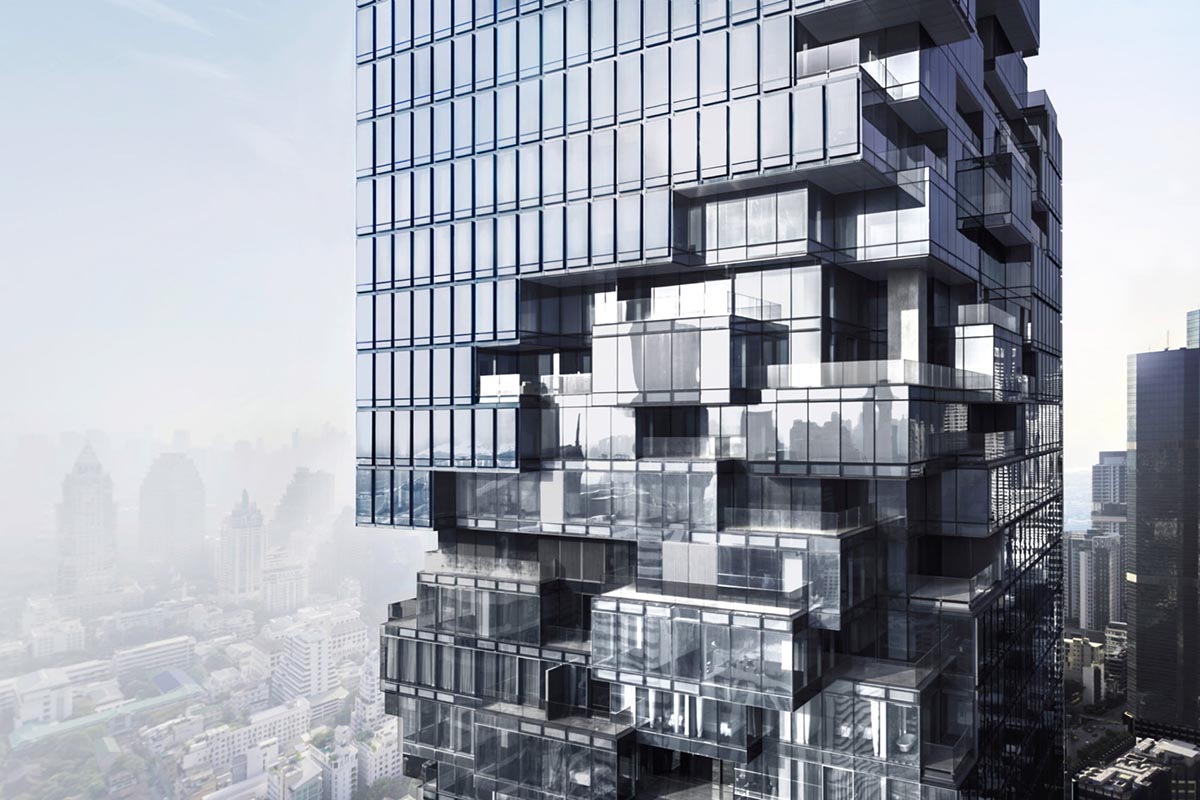 For the new observation deck, a vast sheet of glass is extruded from the building’s top and floats 300 meters above the city below. Dubbed the “Skytray”, this 4.5 x 17.5 meter large, walkable glass platform evokes one of the most thrilling and immersive experiences of vertigo worldwide and is set to become Bangkok’s most exhilarating tourist destination.

The building’s detailed carved profile opens and connects to the surrounding urban fabric rather than overpowering it. What from a distance evokes a sense of being unfinished – a tower still under construction – reveals itself to be not a formal gesture, but a geometric 'erosion' that generates actual living spaces: terraces, balconies, floating living rooms and apartments with sweeping views that merge the tropical outdoors with the indoors. 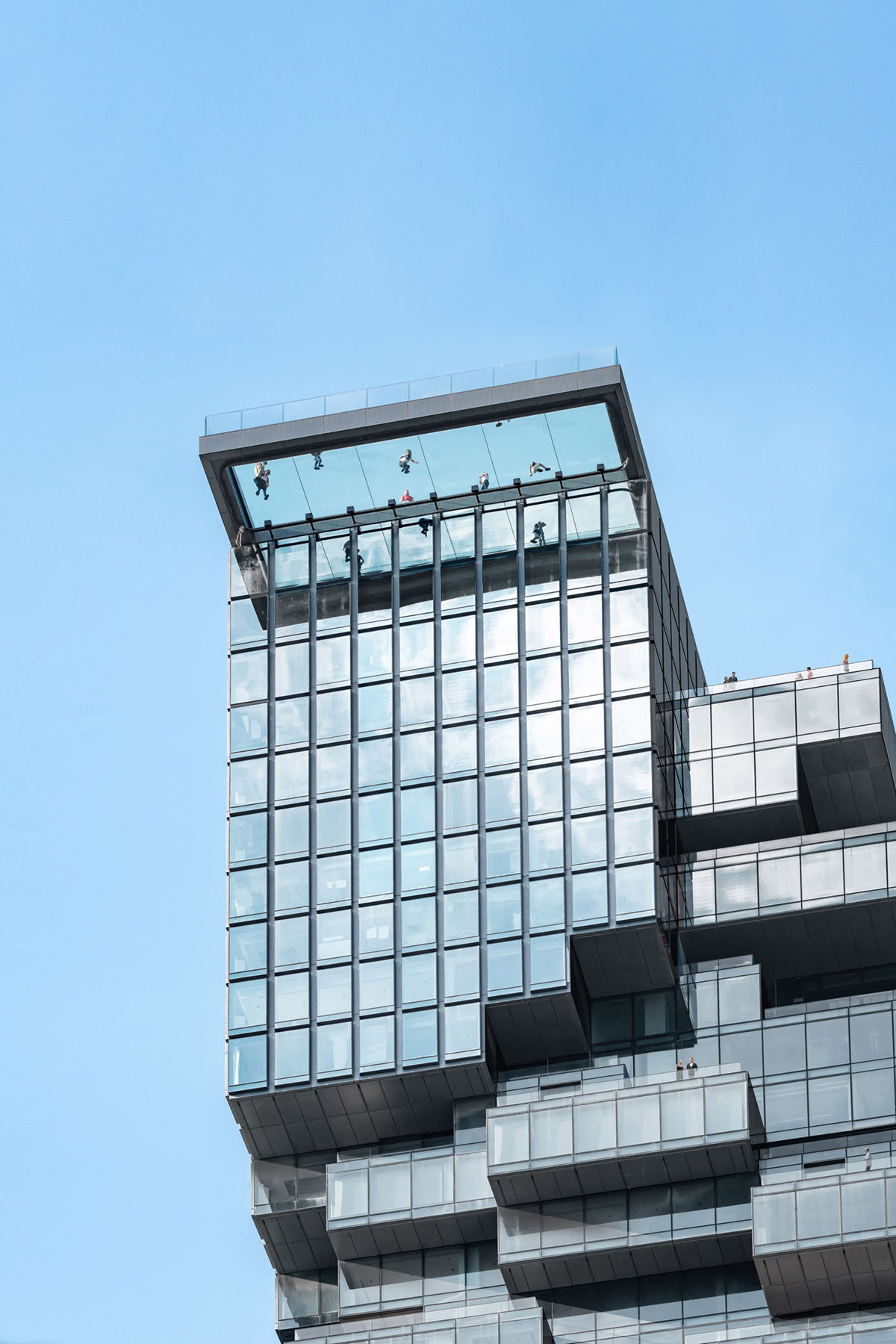 "The building is an exploration of bringing the inside and the outside closer together and to create living spaces that float high above the city," added Ole Scheeren.

"You can step out onto the terraces and transition to the open air, as people in the tropics live in a fluid condition between interior and exterior spaces. We are literally carving those possibilities into the tower and make these qualities accessible at staggering heights."

The 150,000 sqm complex comprises MahaNakhon Square, a landscaped outdoor public plaza, as well as retail space, cafes, and restaurants with lush gardens and terraces spread over multiple levels, 200 bespoke homes and service apartments, as well as a boutique hotel with 150 rooms. 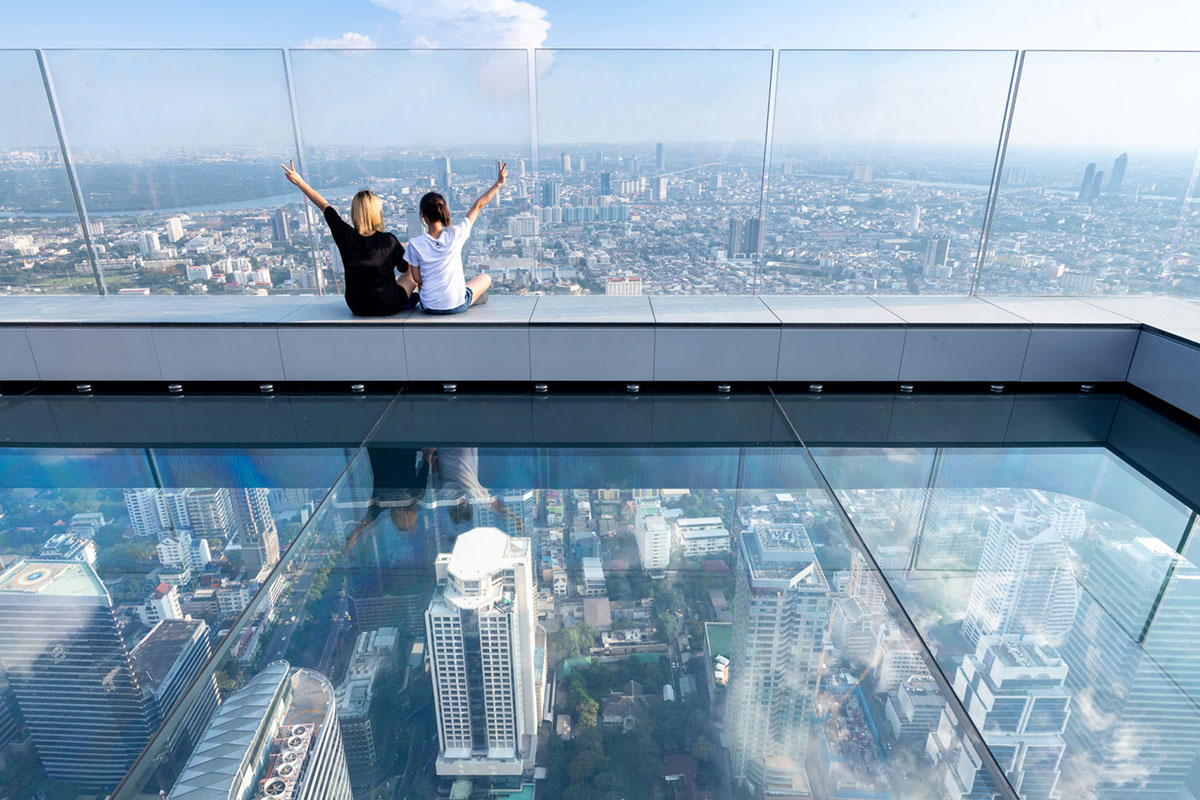 Breaking with the conventional podium typology – a tower being strangled by a monolithic plinth – the design for MahaNakhon splits the podium into two parts to carve out a generous public plaza, a vibrant hub for both planned and spontaneous cultural events and a retreat from the frenetic street life. The pixilation of the tower extends to the ground, where the building gradually dissolves and generates MahaNakhon Hill, a series of cascading indoor/outdoor terraces that evoke the shifting protrusions of a mountain landscape.

The adjacent 7-storey building known as MahaNakhon Cube mirrors the terraces of the Hill and features a multi-level retail centre with a direct bridge link to the adjacent Skytrain station. Occupying the full dimension of the Cube’s urban facade is the Media Wall, a digital interface displaying a programme of films and real-time projections of environmental data, emphasizing the interplay between the building and the realm of the city.