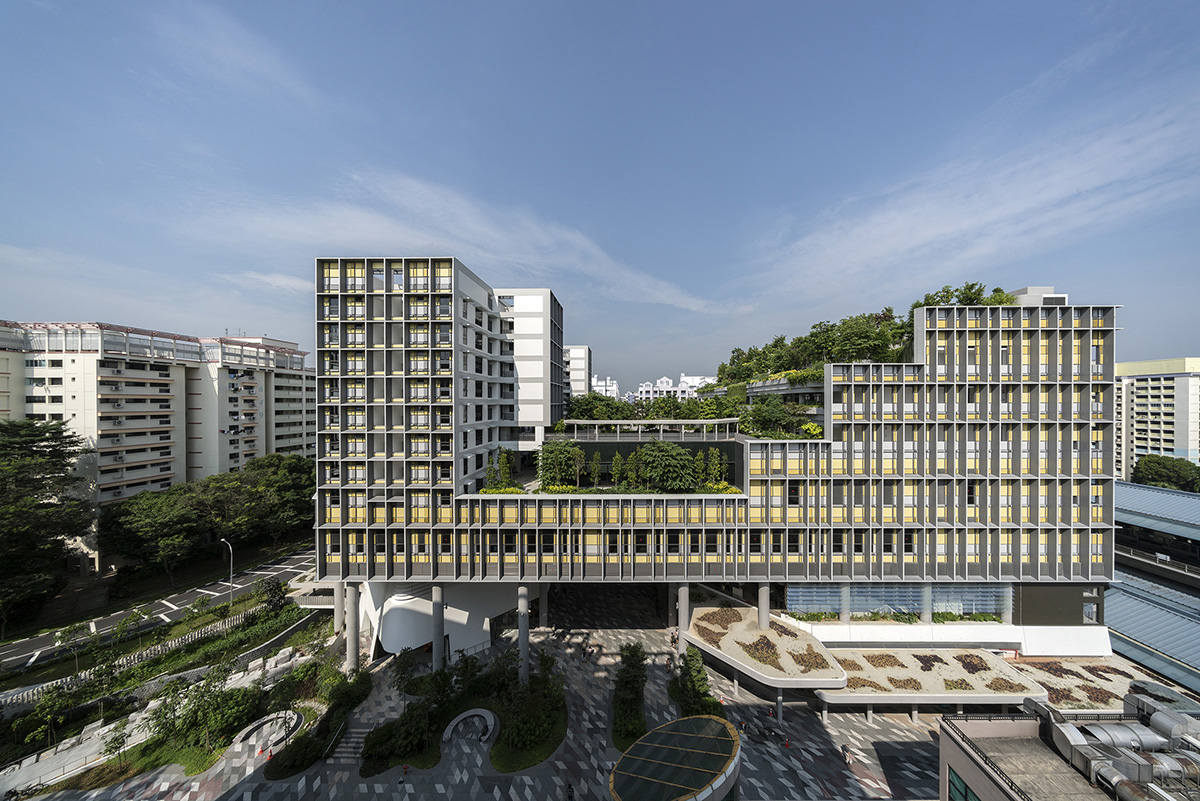 Kampung Admiralty, designed by Singapore-based architecture firm WOHA, has won the prestigious World Building of the Year 2018 award at the World Architecture Festival (WAF) in Amsterdam.

The substantial mixed-use building is Singapore’s first integrated public development that brings together a mix of public facilities and services under one roof. 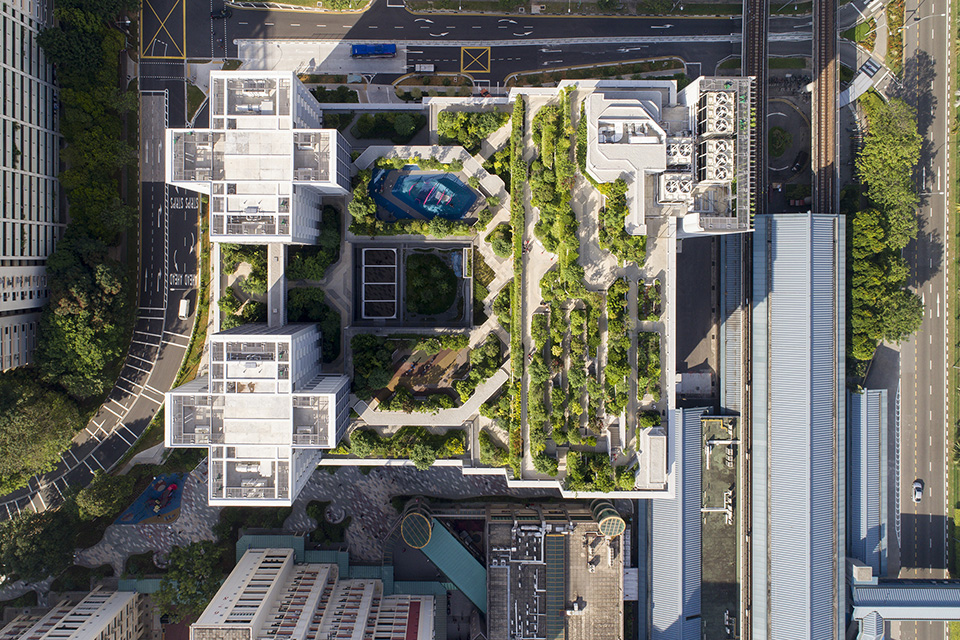 The one-stop integrated complex maximises land use and is a prototype for meeting the needs of Singapore’s ageing population. Located on a tight 0.9Ha site with a height limit of 45m, the scheme builds upon a layered ‘club sandwich’ approach, with a range of commercial, residential and health space amid amenities and community services, topped by extensive green terraces adorning various elevated spaces. 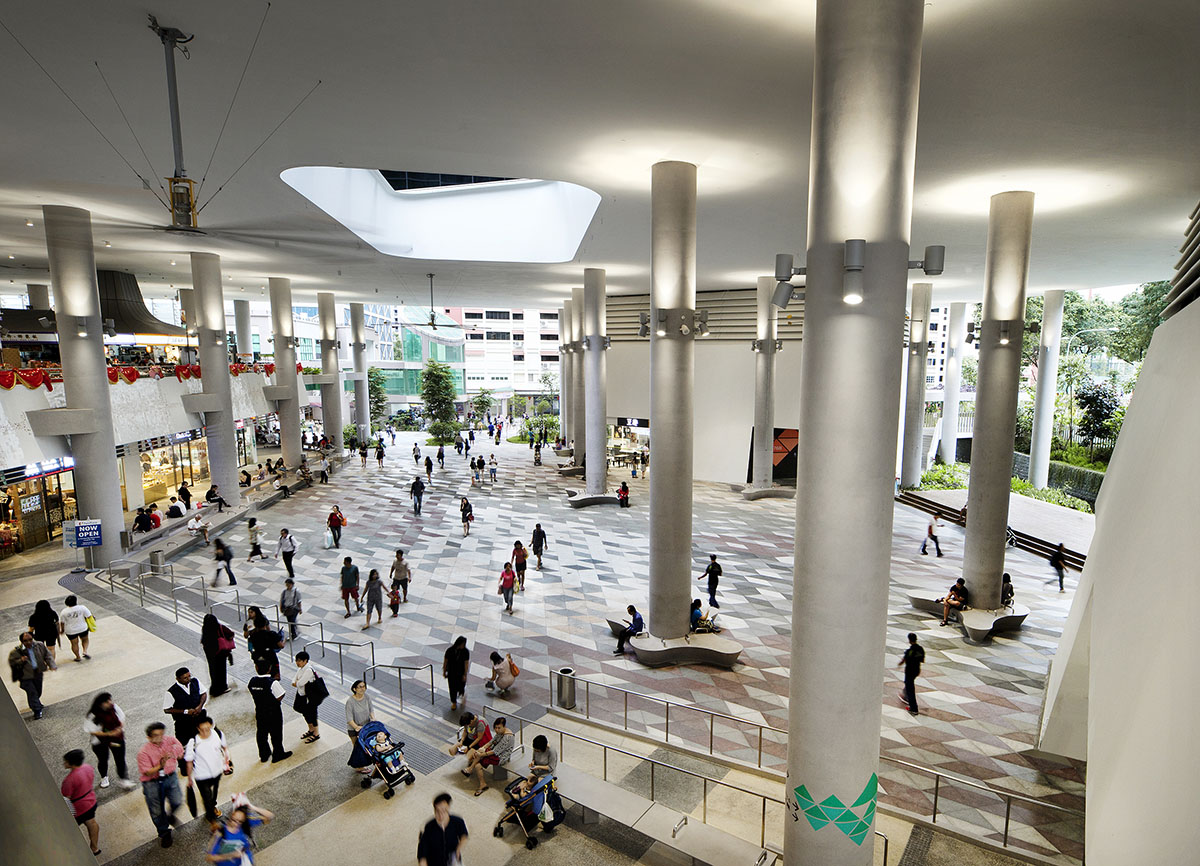 This is the third time that a project from Singapore has claimed the top prize at the ‘Oscars of Architecture’, following Cooled Conservatories at Gardens by the Bay, designed by Wilkinson Eyre, Grant Associates, Atelier One and Atelier Ten winning in 2012; and The Interlace by OMA and Buro Ole Scheeren winning in 2015. "The judges admired the project for the way in which it dealt with the universal condition of longevity and health treatments, social housing provision, and commercial space, which enabled substantial public realm benefits," said Paul Finch, Programme Director of the World Architecture Festival.

"This hybrid building also incorporates a huge amount of greenery (more than 100% of its footprint) in a series of layered levels which have generated welcome biodiversity." 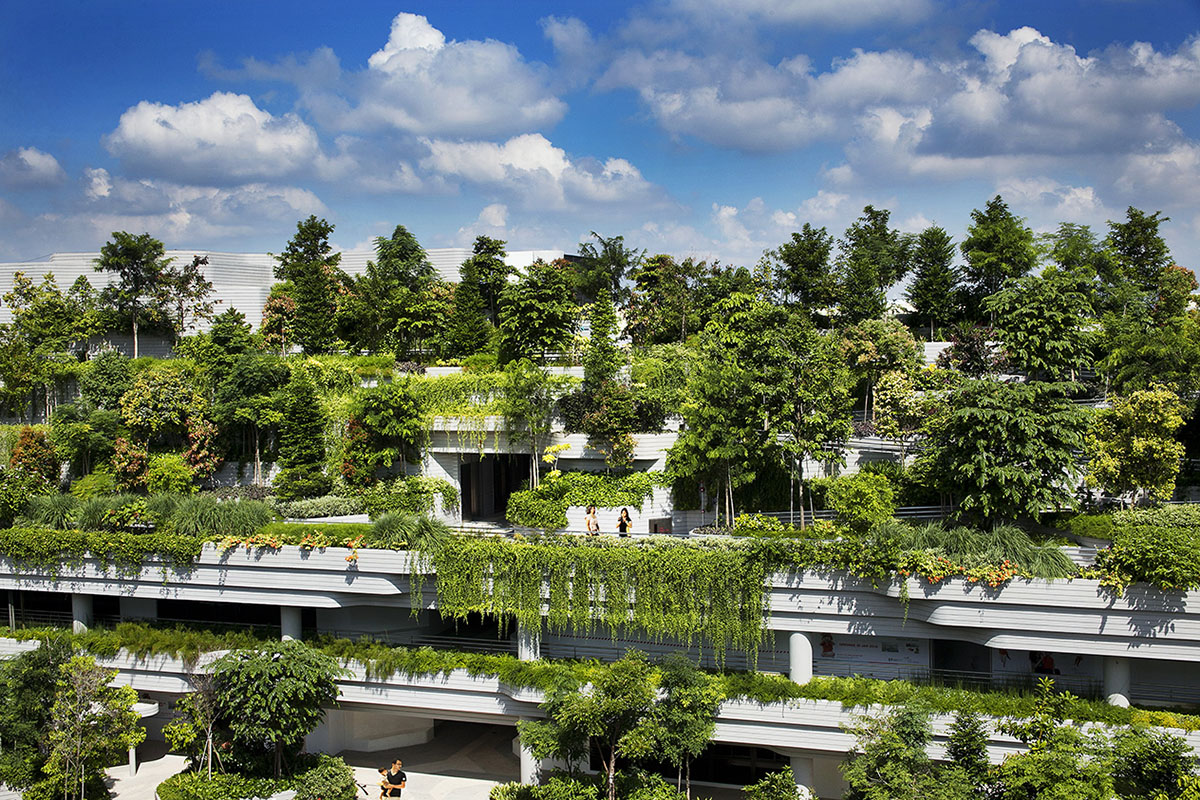 "This is a project that does something necessary in an intelligent fashion from the way it connects to transport to its natural ventilation strategy, all benefitting from a decision to layer a series of buildings rather than separating them into separate tall blocks."

"The jury felt this was a project with potential lessons for cities and countries around the world," Finch continued. 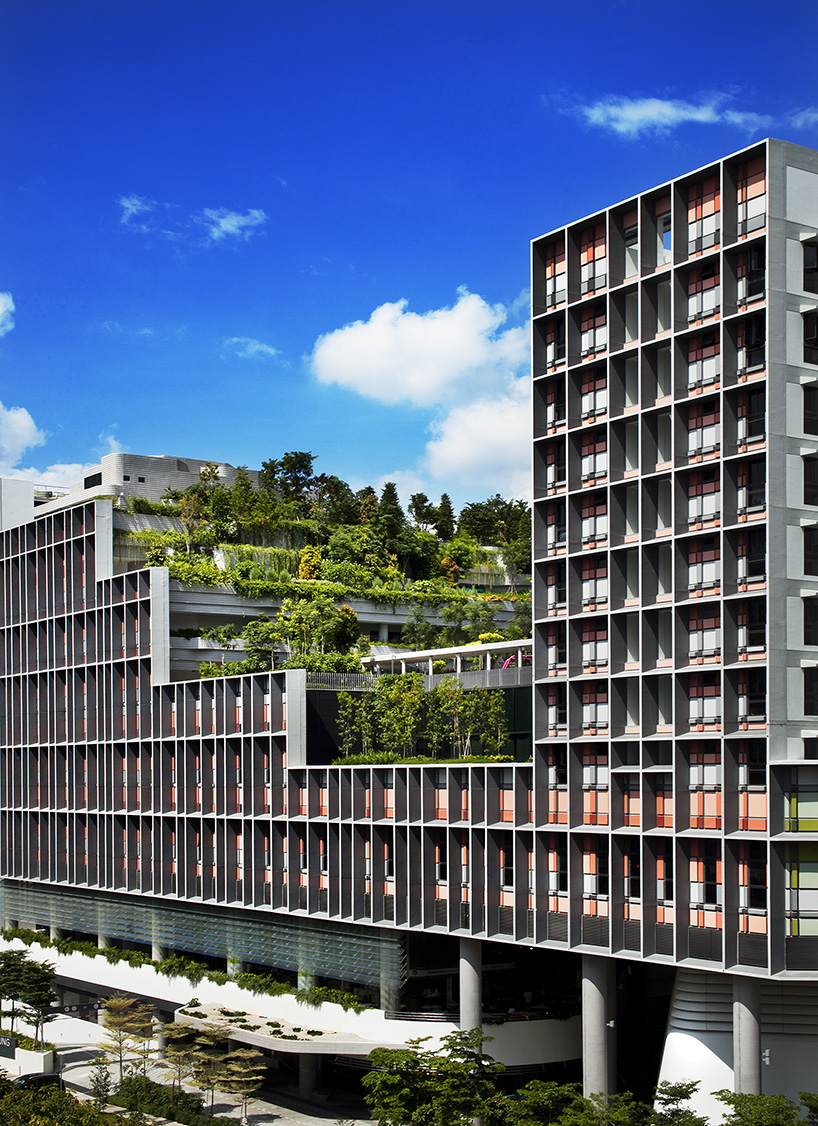 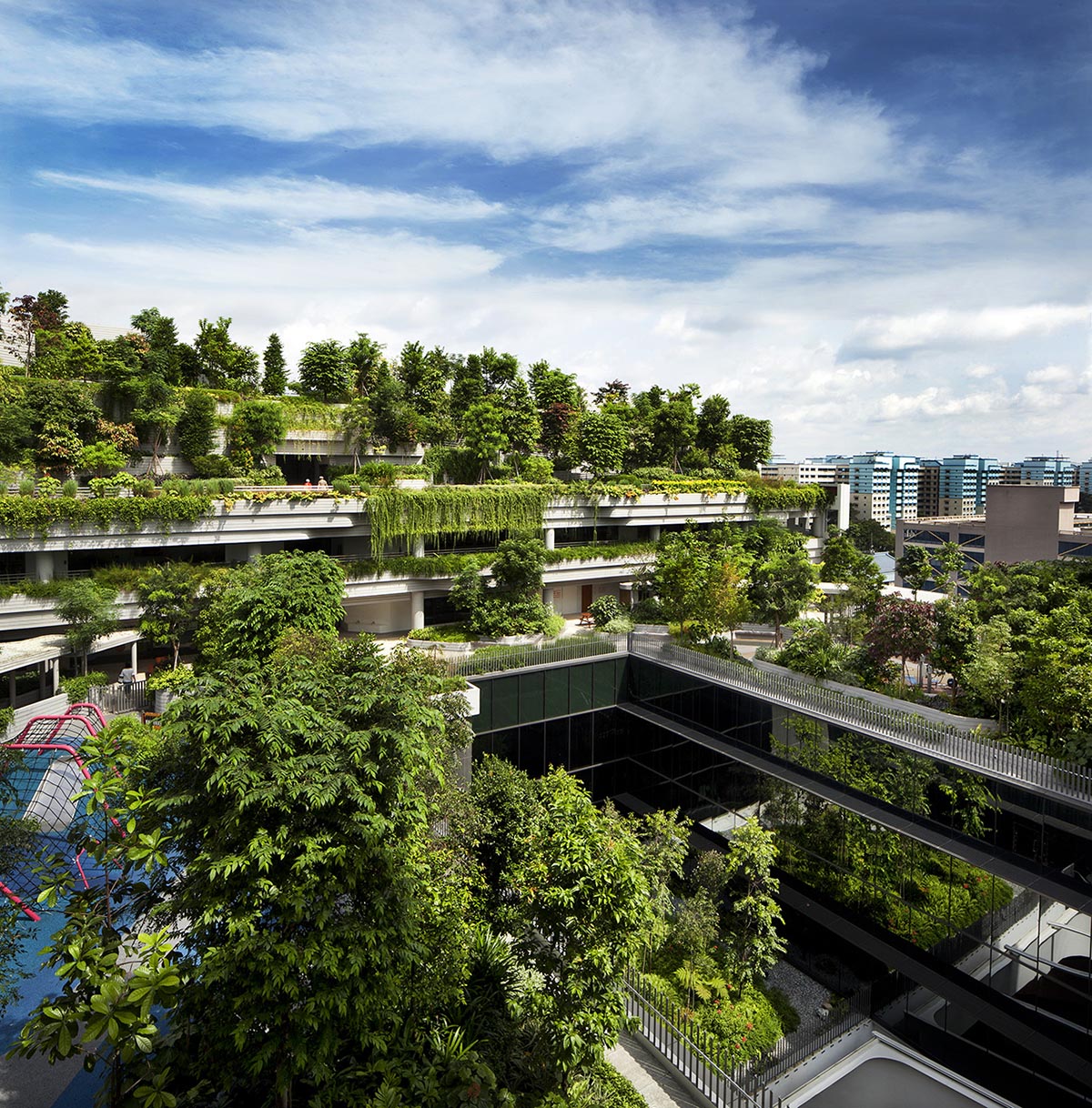 The World Building of the Year and a range of other top awards and prizes were announced this evening at a glamorous gala dinner for over 900 international architects at the Beurs van Berlage in the centre of Amsterdam.

Paul Finch added "2018 has been our most successful festival to date, and we look forward to returning to Amsterdam this time next year." 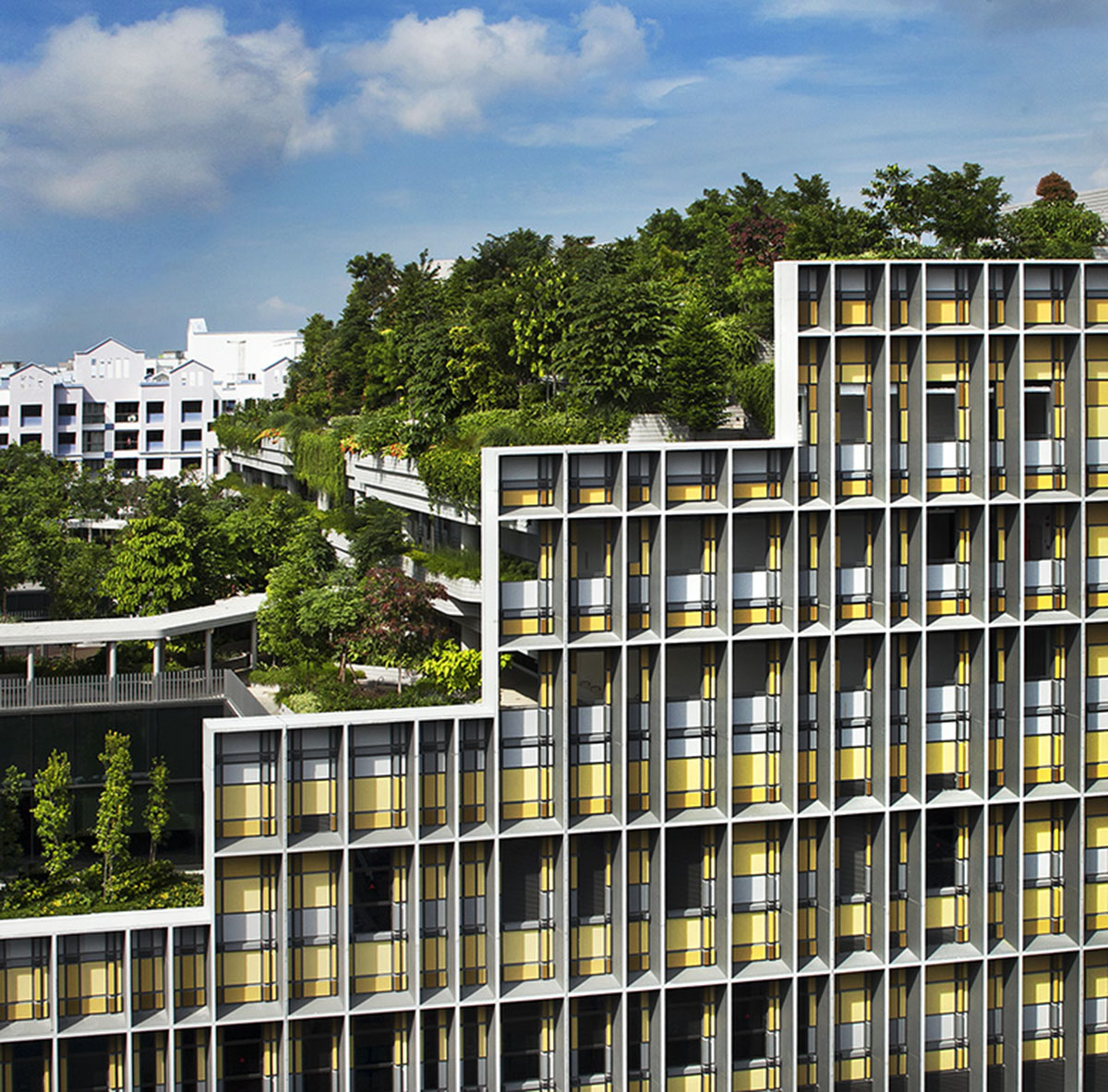 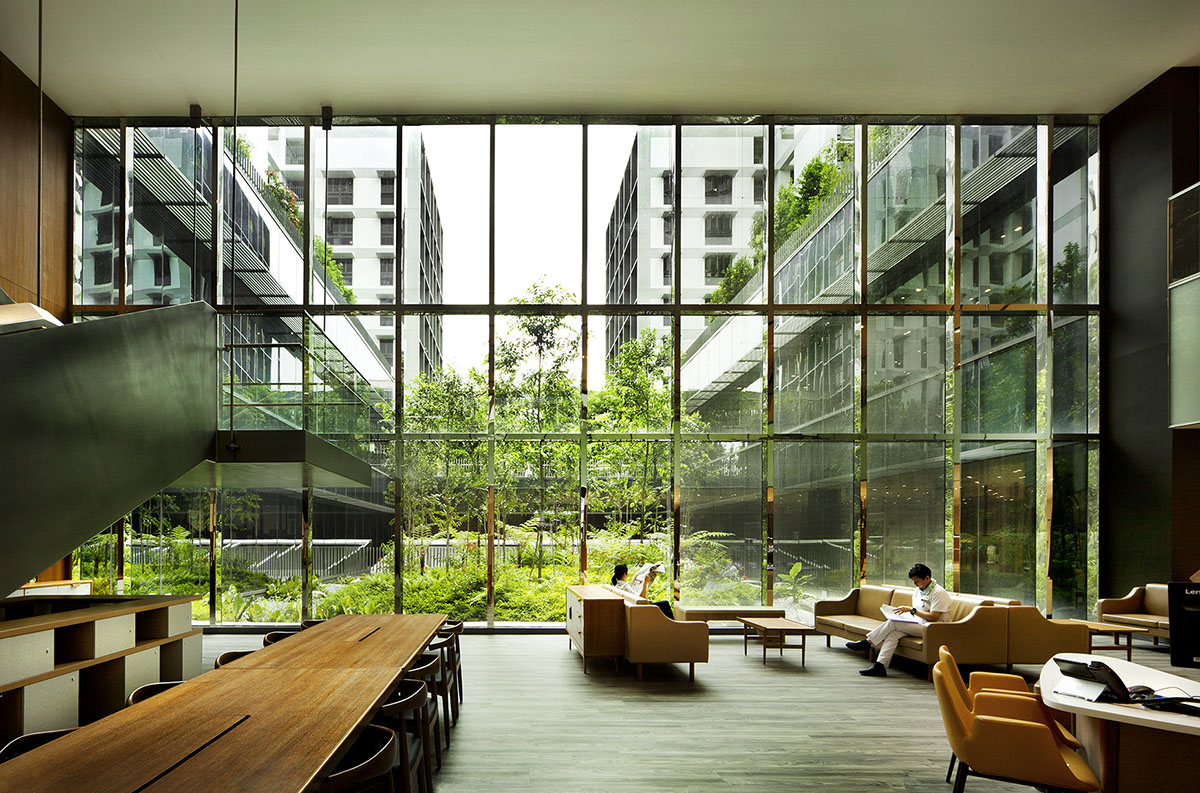 Last year, post-earthquake prototype house in Guangming Village was named World Building Of The Year 2017. World Architecture Community is Media Partner for World Architecture Festival and has following up the most fresh news, jury crits, awards and hotly-anticipated sessions on the spot during the event.