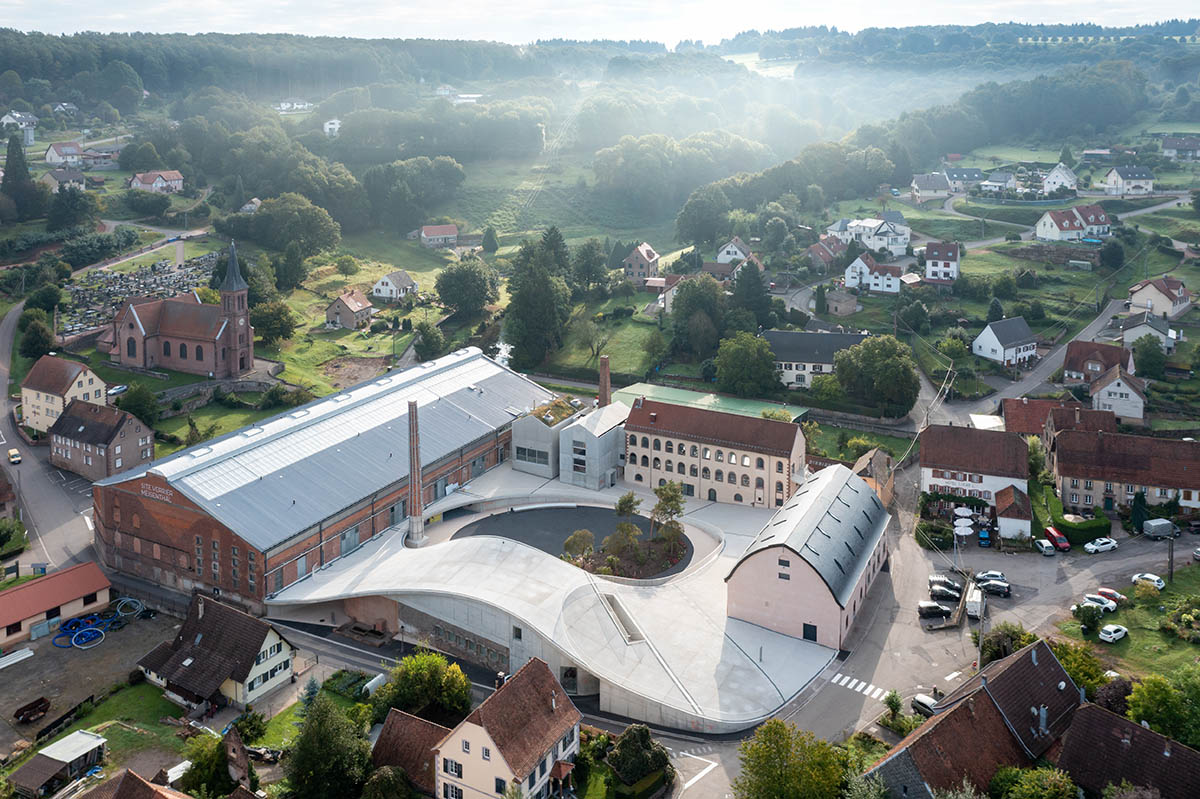 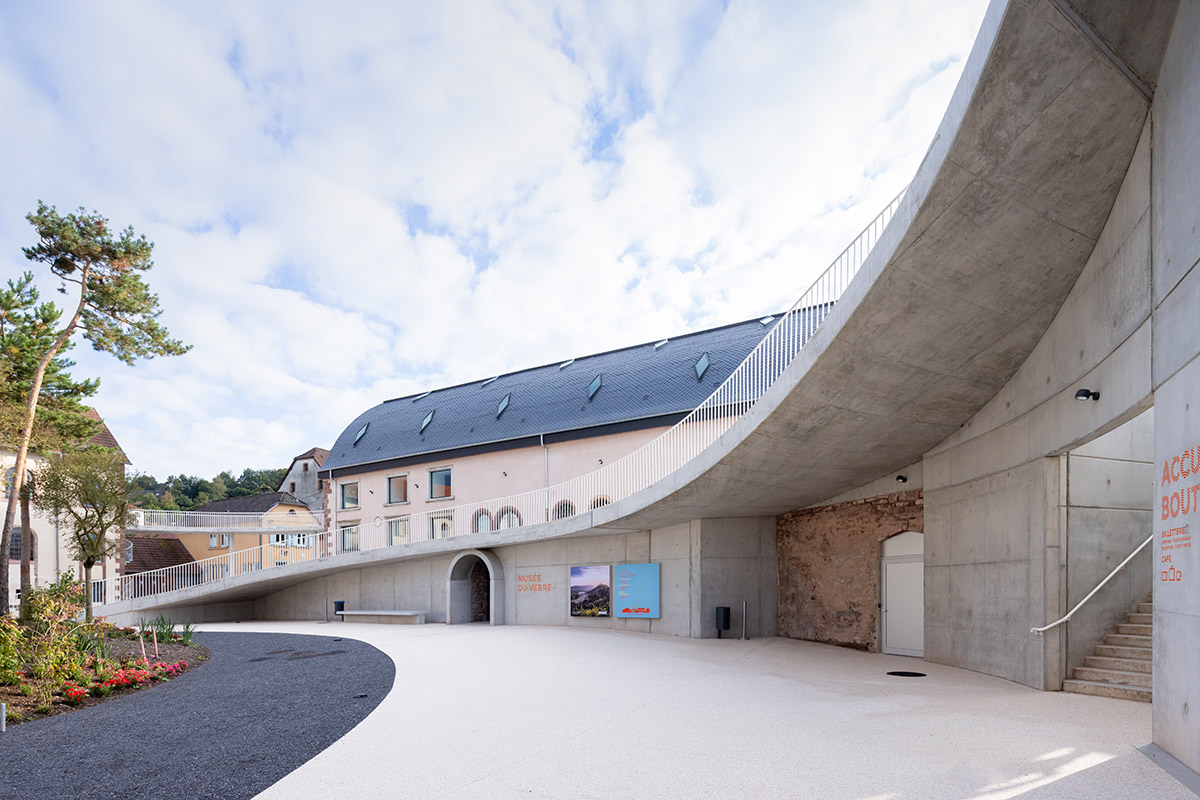 The project site is located in the bucolic landscape of Northern Vosges Natural Park, and with the new project it creates a new and dynamic connection between three separate institutions, while maintaining the identity of these centers.

While the new spaces are presented under the reinforced concrete volume, the upper surface is envisioned as a fully walkable space. 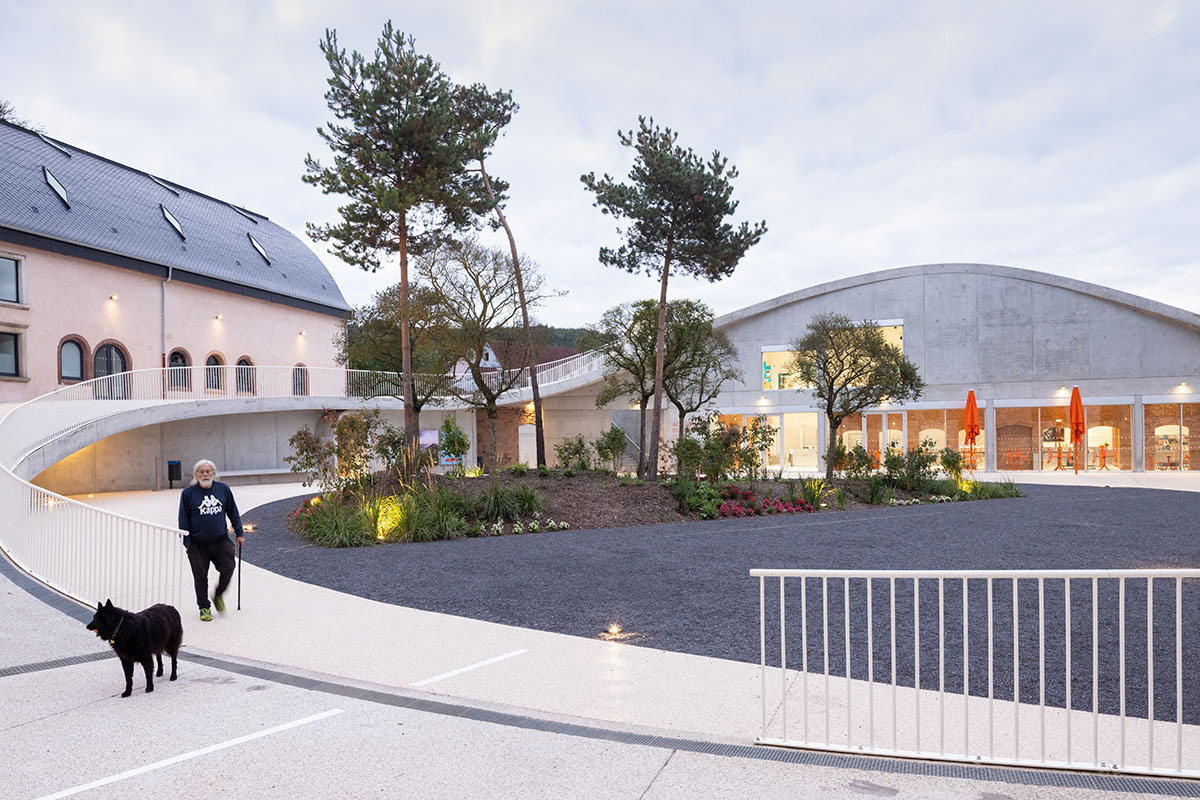 The whole volume, which is partly used as a bridge, partly a walkable surface, and partly becomes a roof, defining a large courtyard at the center.

"Our intervention unifies them to define a contemporary institutional identity in dialogue with an industrial heritage," stated SO-IL and FREAKS. 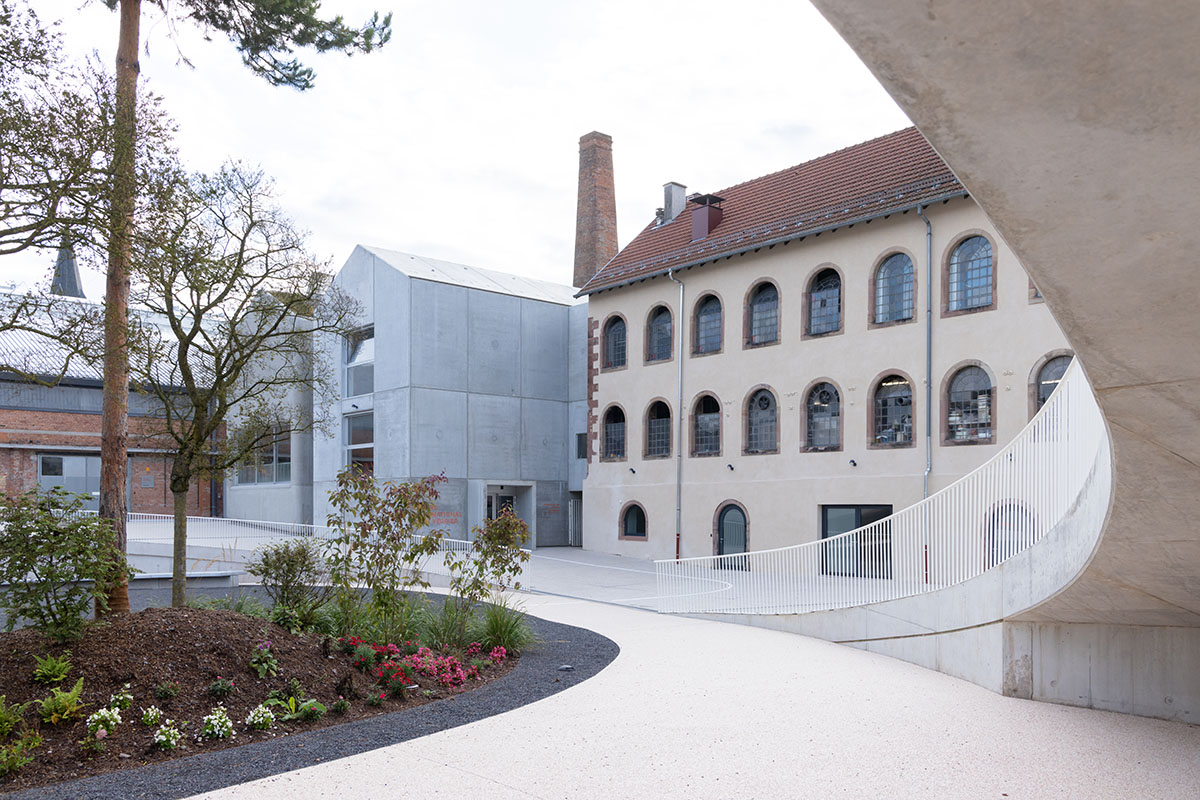 The team created an undulating poured-in-place concrete surface referencing to glass production as it unites the buildings. The surface acts as roof, ceiling, and wall, connecting the buildings’ ground floors to frame a public plaza.

Beneath the roof, the team introduced new functions, including offices, workshop areas, a cafe and restaurant. The two tower-like concrete blocks are used as administrative spaces. 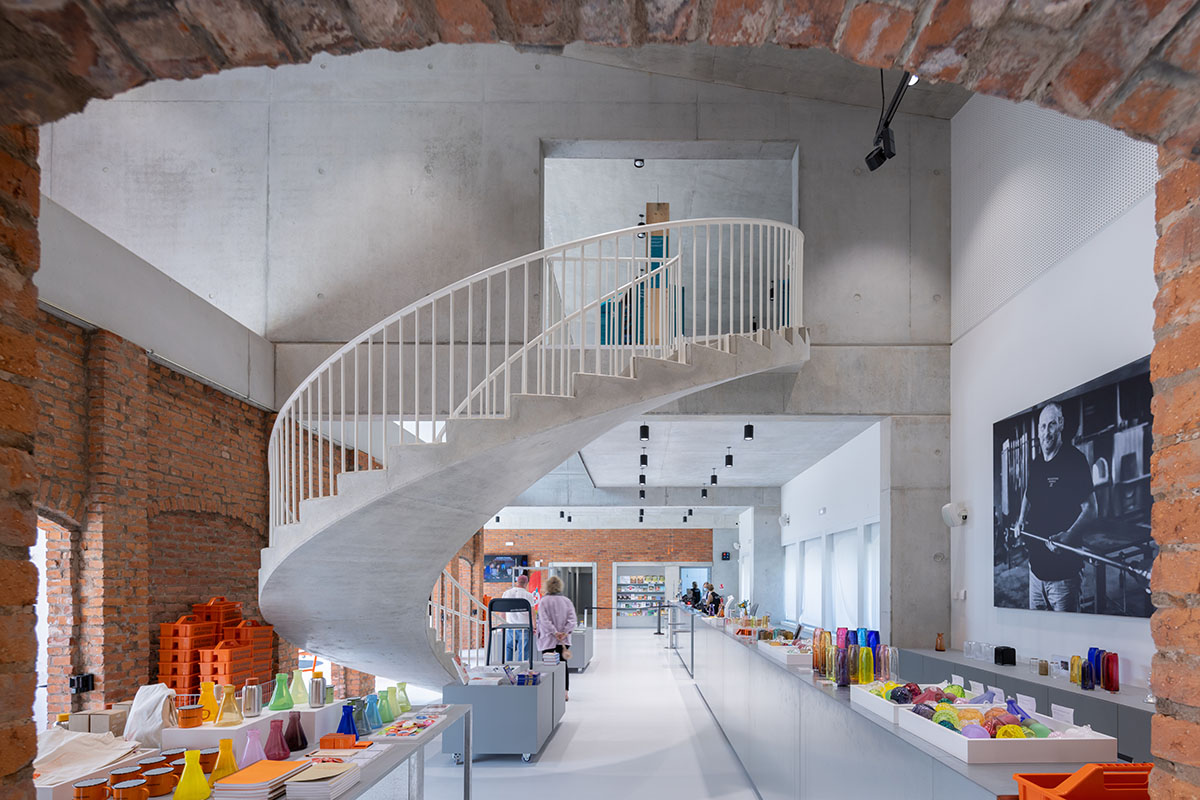 The design team reimagined and extended the existing building functions. For example, the old factory hall has been given a
new entrance from a previously unused basement floor.

The team has added a 500-seat black box theater that can be reconfigured as a theater with standing room for 700 or opened into a concert hall for 3,000 people. 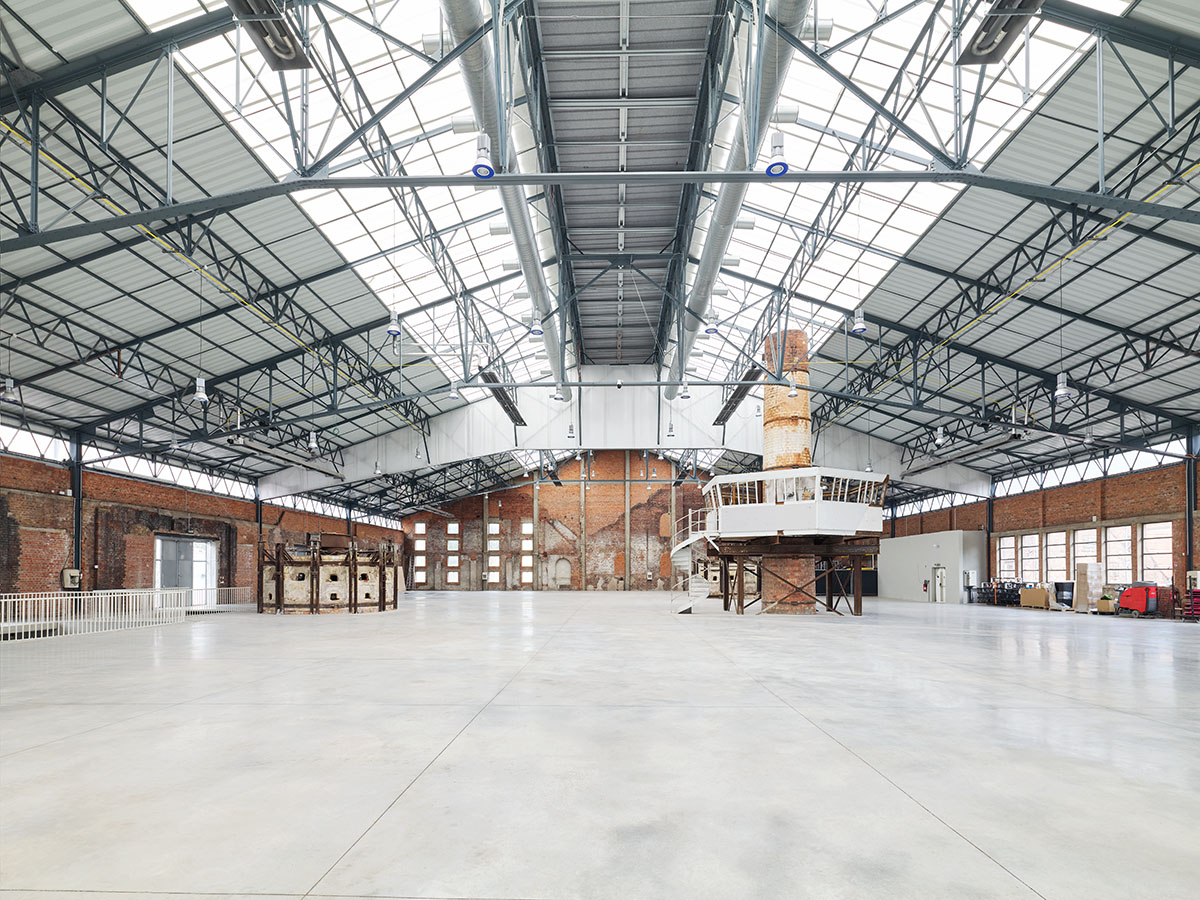 The team added that "The new public space heightens civic awareness of the historical site and also introduces a highly flexible venue for outdoor theater, concerts, and seasonal festivities." 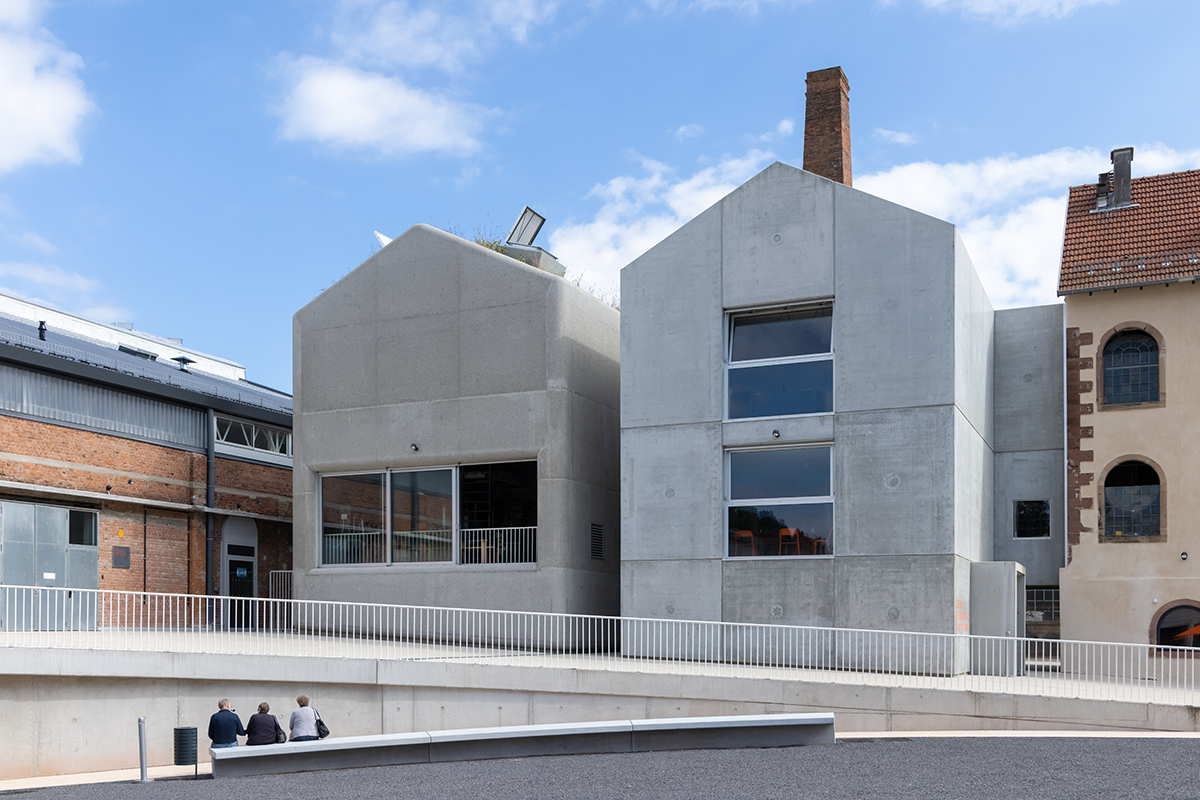 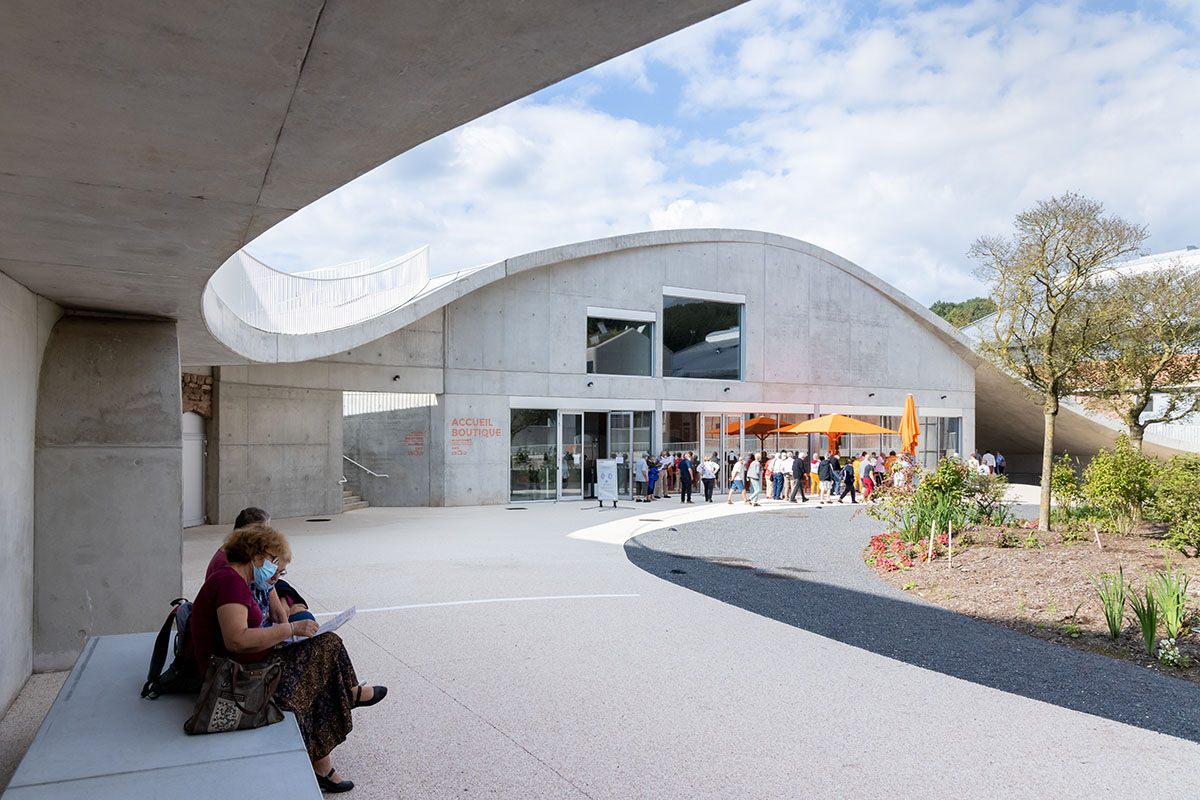 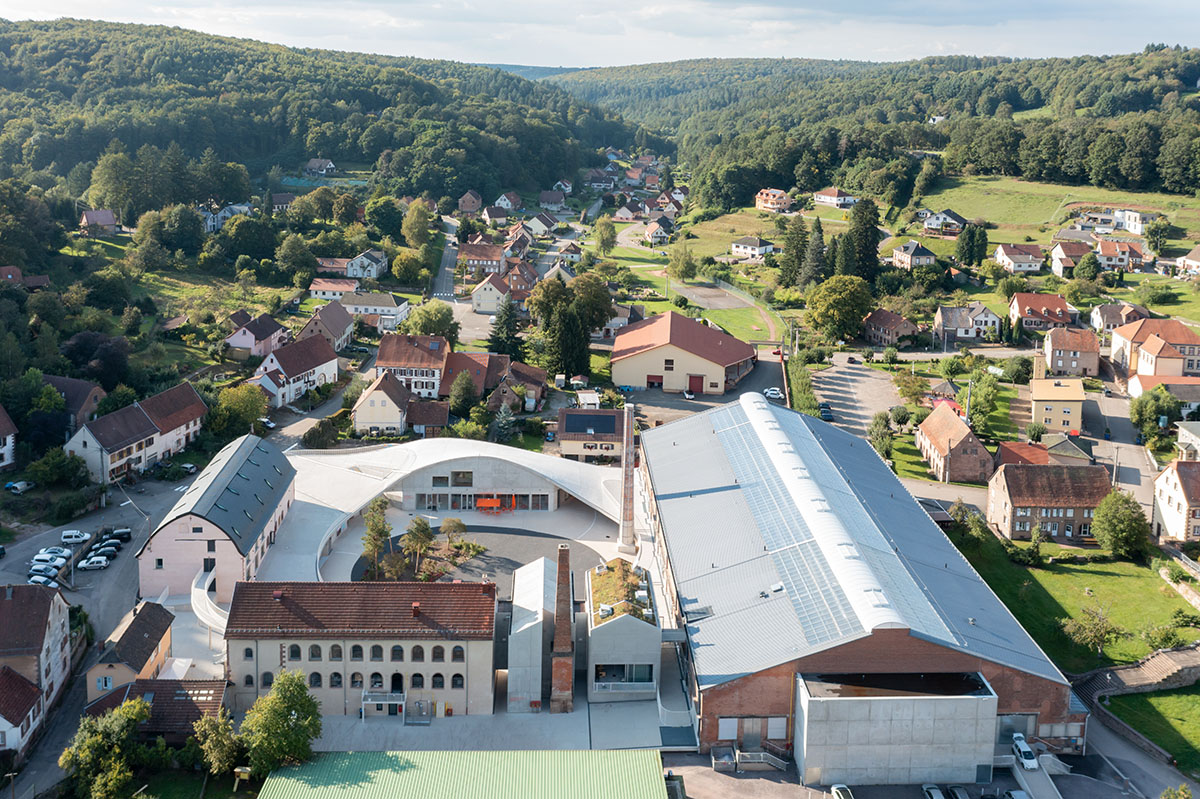 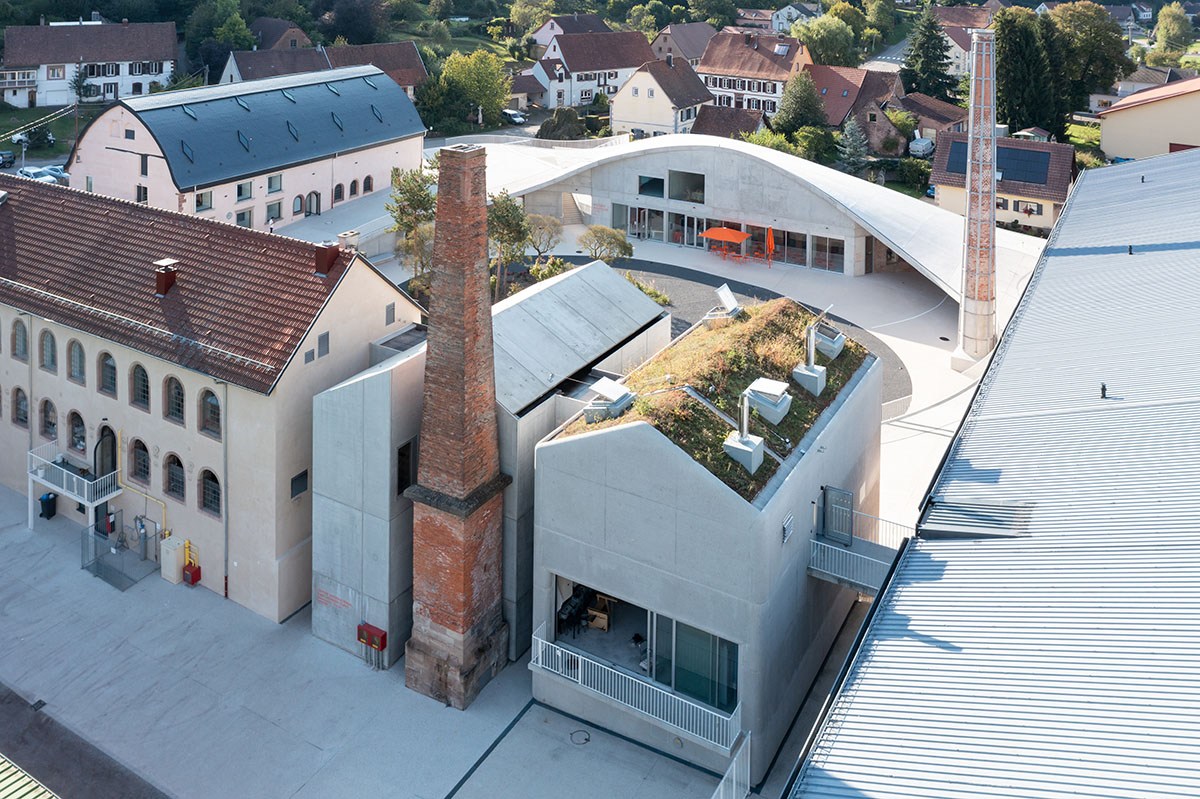 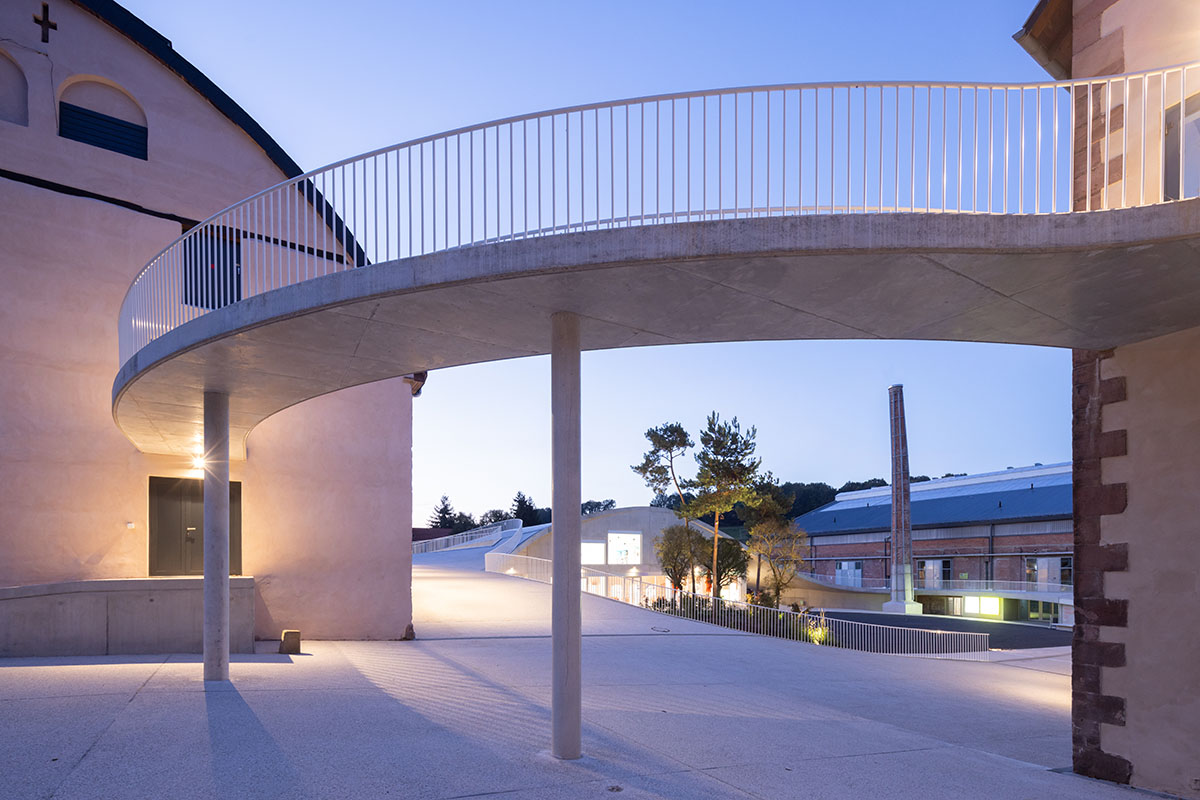 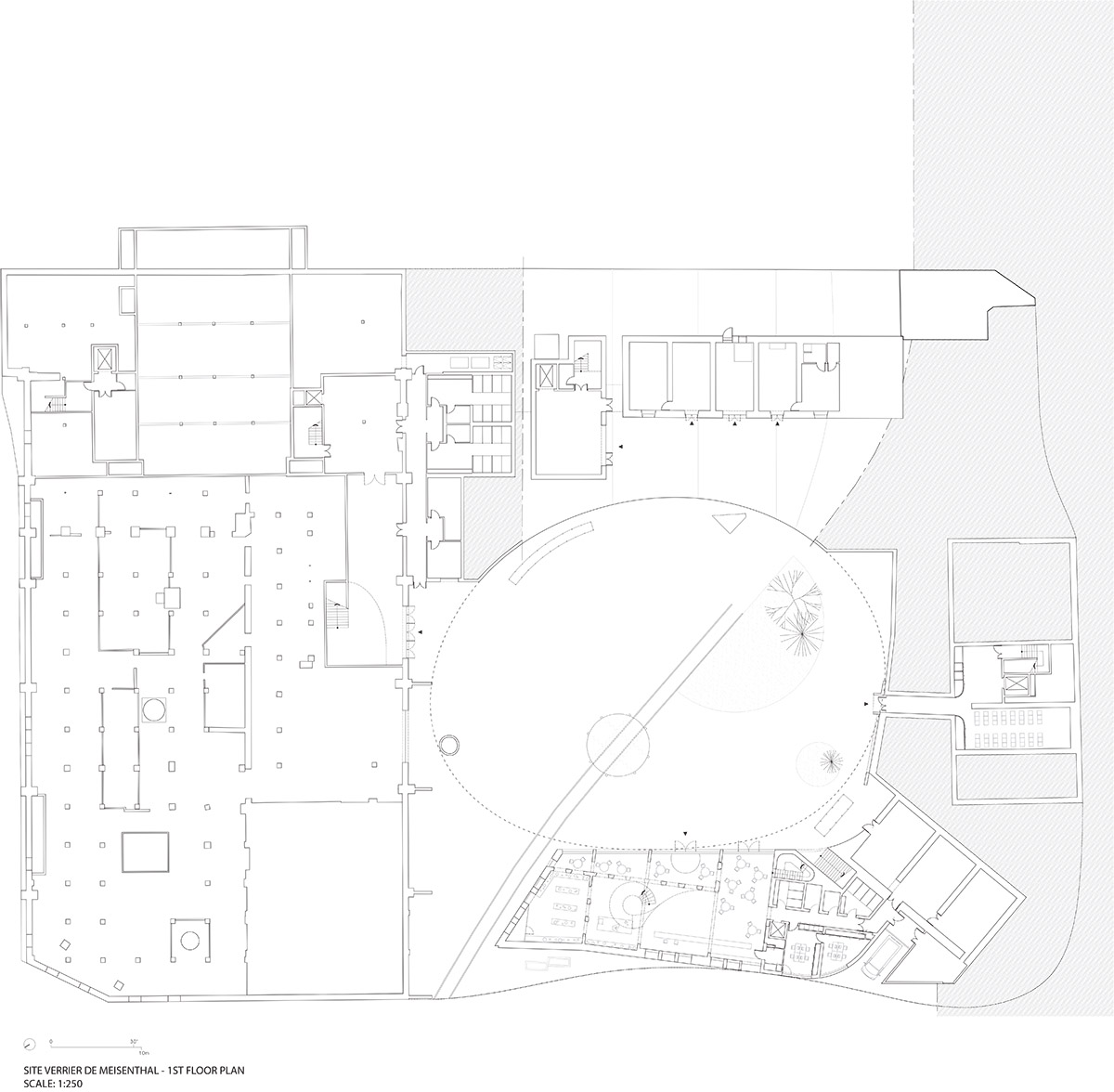 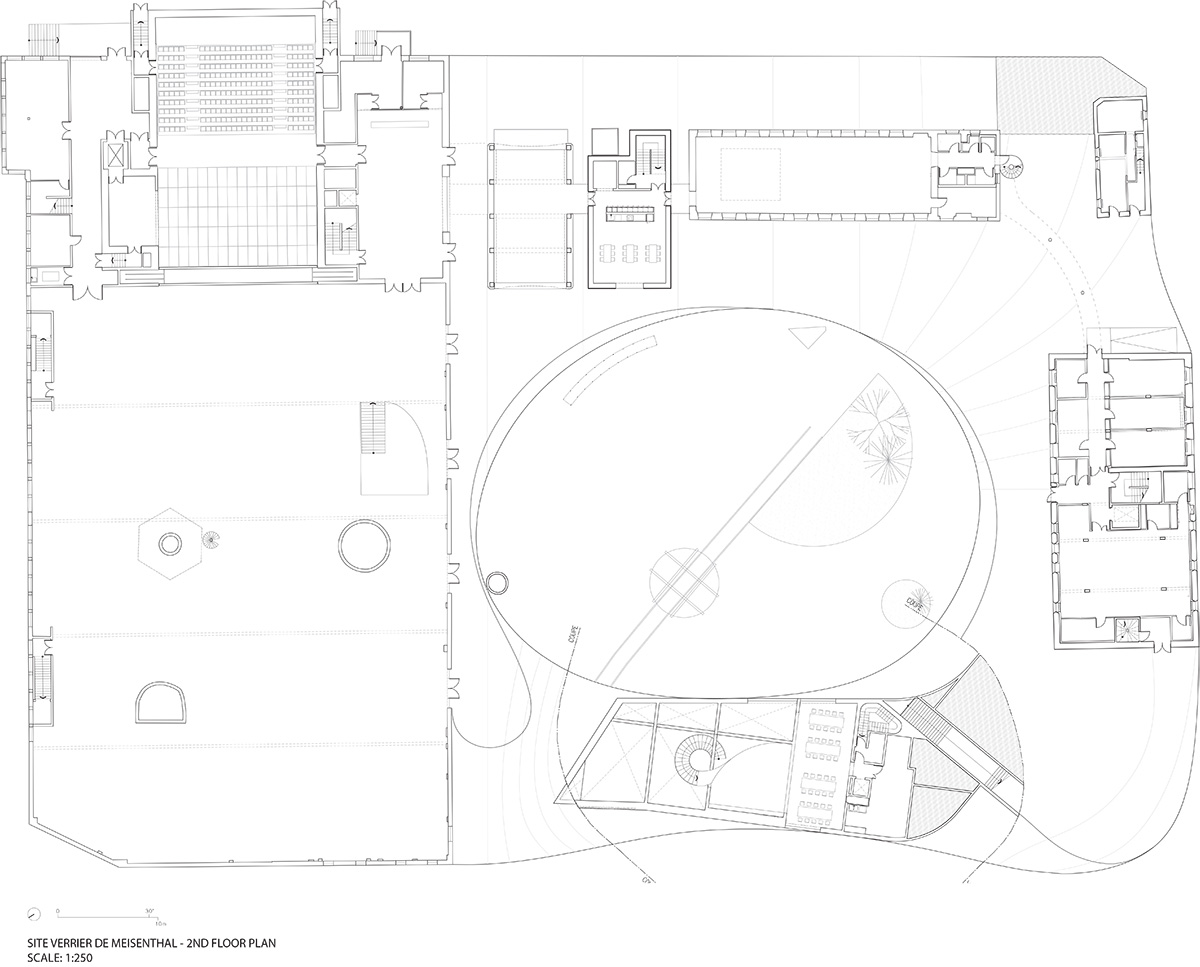 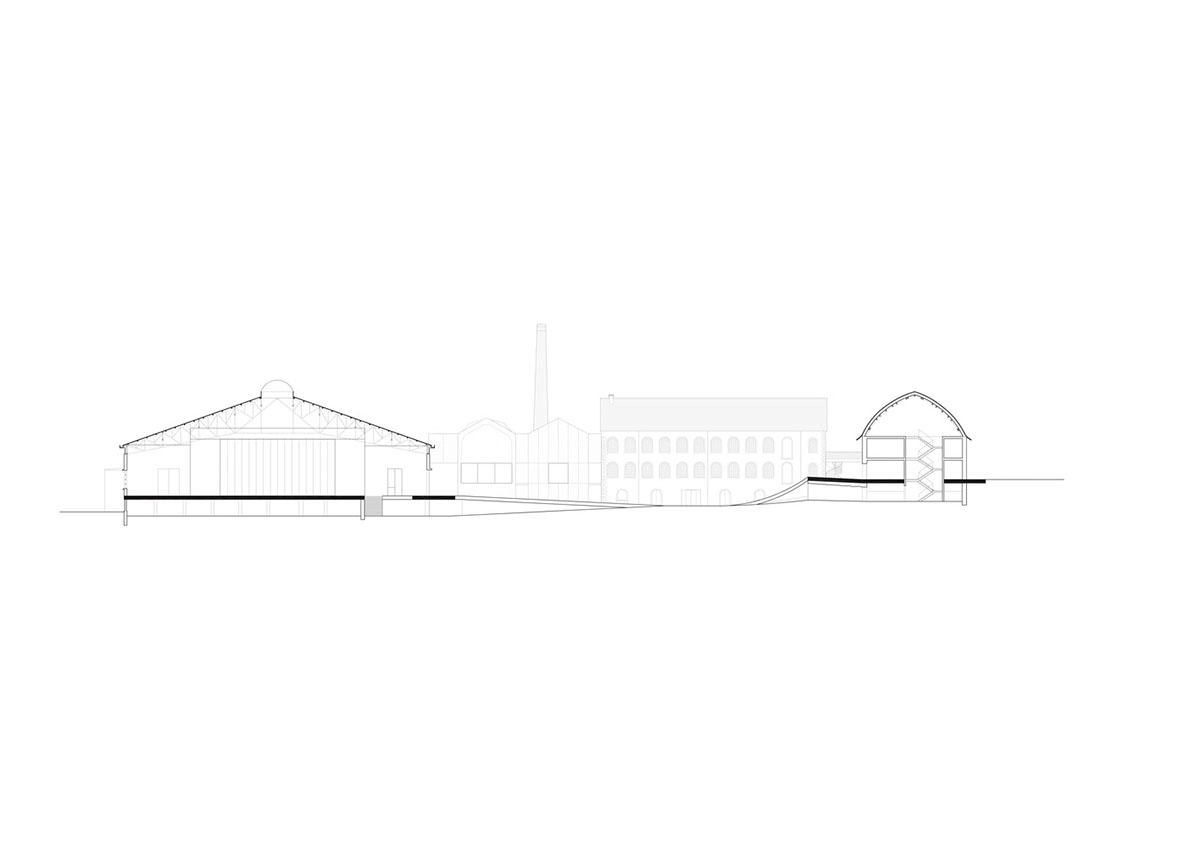 FREAKS is a Paris architecture studio founded by Yves Pasquet, Cyril Gauthier and Guillaume Aubry in 2007.

All drawings © SO-IL and FREAKS.