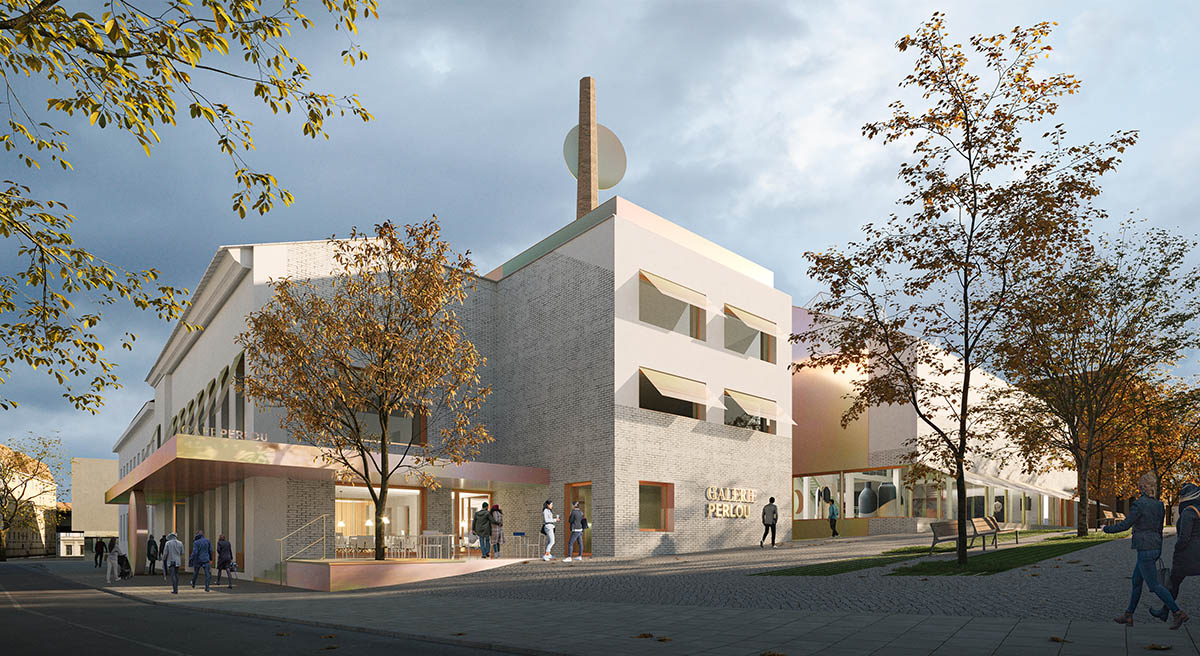 Czech architecture practice CHYBIK + KRISTOF has won a design competition to convert a former textile factory into a new contemporary art gallery and cultural space at the heart of Usti nad Orlici in the Czech Republic.

Dubbed Pearl Gallery, the project presents itself as the city’s new contemporary art hub, it is aimed to expand its existing cultural infrastructure and create a new creative community. 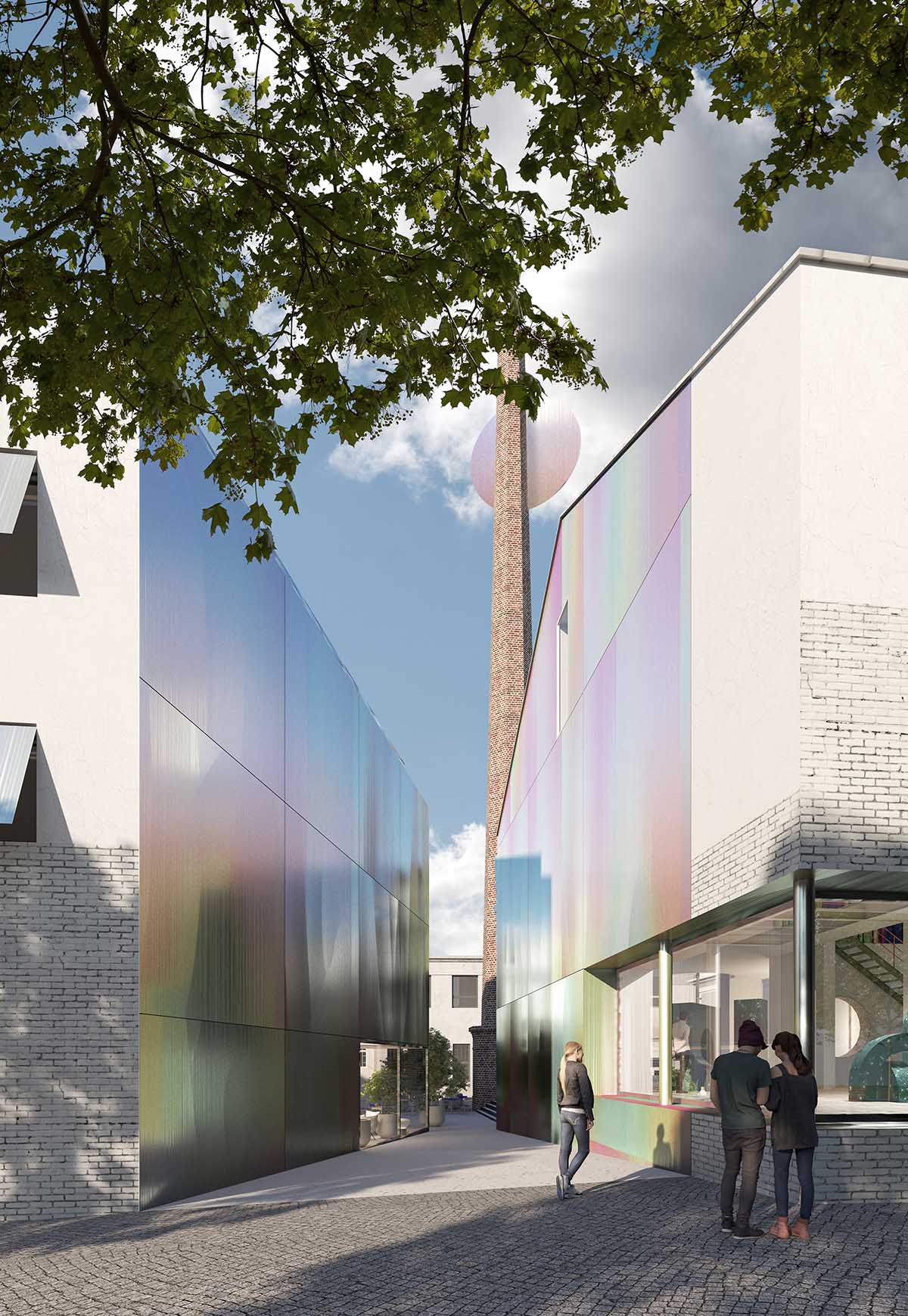 The design takes cues from its prosperous textile industry legacy, paving the way for a new cultural identity of the city.

"Eager to preserve a piece of this eminent past, the city announced a competition to create a fresh vision for the city’s centre," said CHYBIK + KRISTOF.

"Following a decline in the prosperous textile industry during the 20th and the 21st century, the former Pearl factory was shut down in 2009, and demolished in 2017."

"Only the three most prized buildings remained, a production building designed by renowned Czech architect Pavel Janak, an office extension of the block, and a machine building from the 19th century," the firm added. 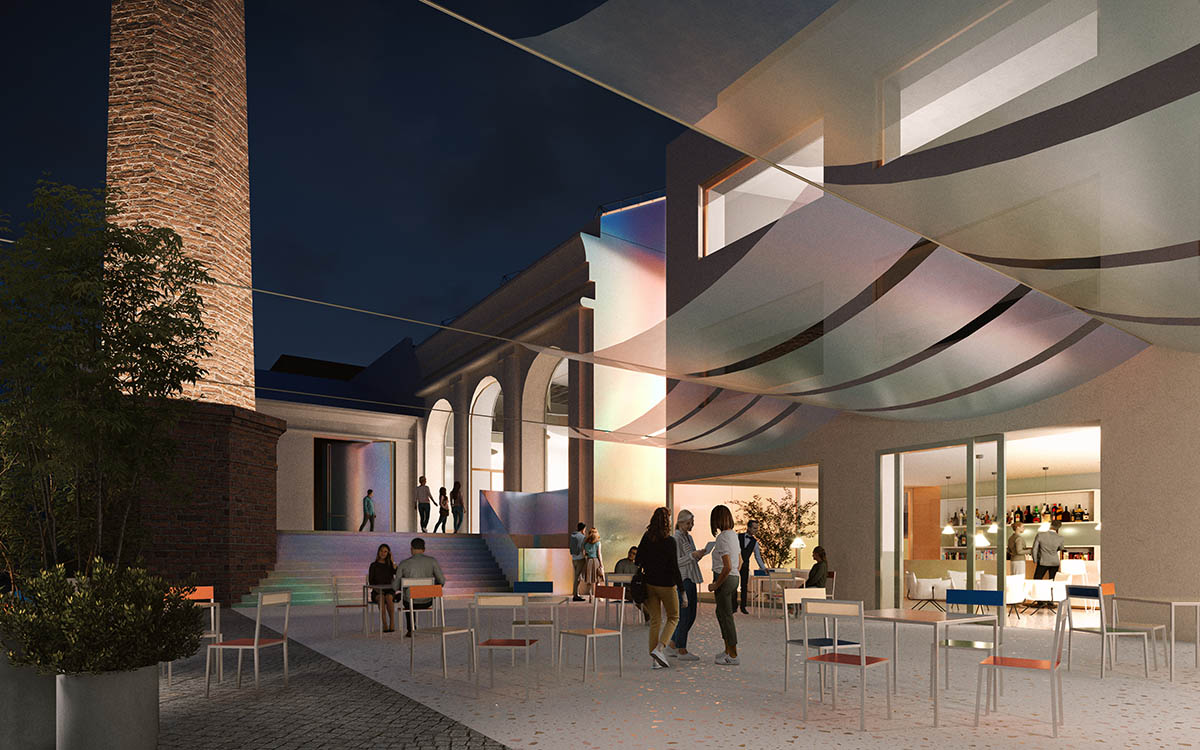 CHK divided the existing mass into two buildings by considering the the factory’s historical remains in the initial design stage. The building has multiple functions and creates new public pathways and spaces between the buildings.

Encompassing a total of 3,200-square-metre area, the newly divided area are dedicated to three exhibition spaces, with each carefully designed for a particular purpose.

To the left is a connected space accessible through a small entrance, housing a black box space. 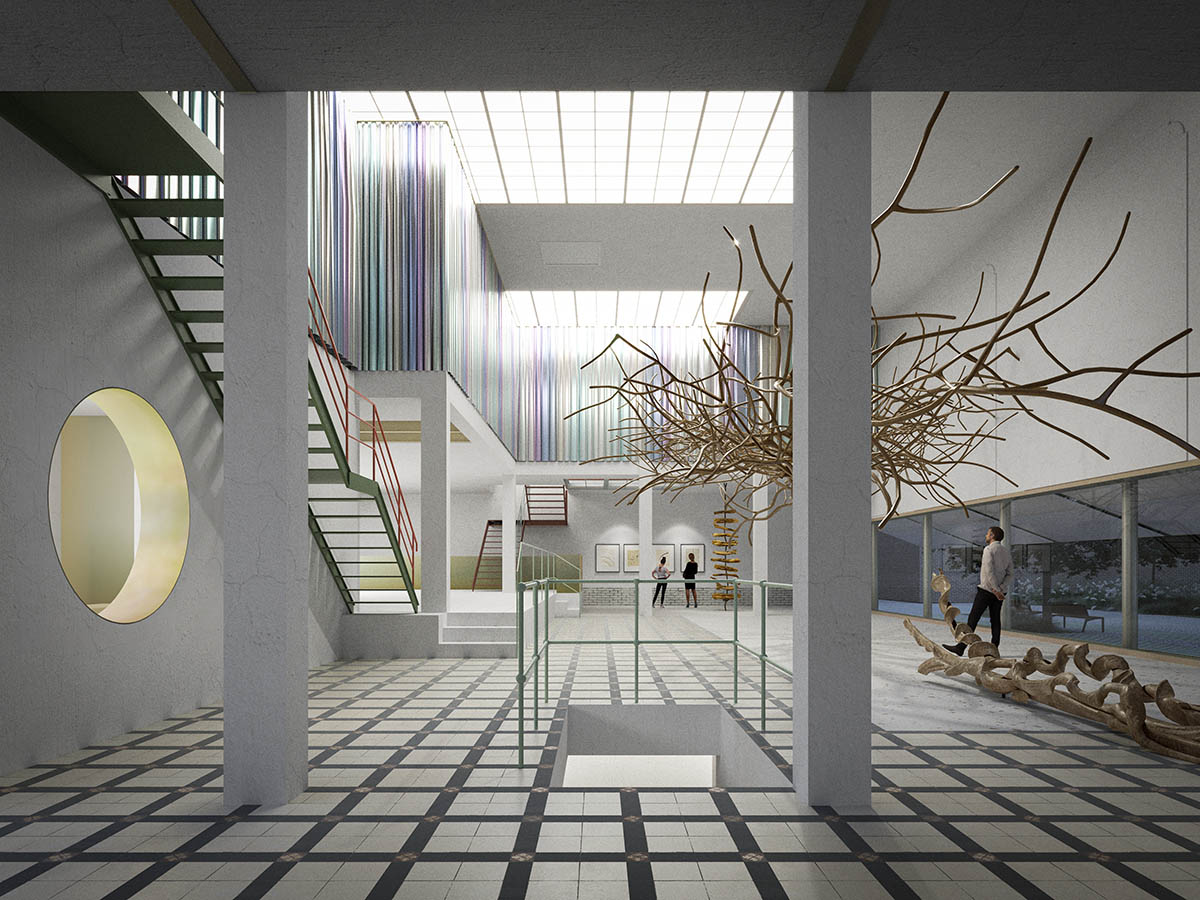 Surrounding the main hall from above is a balcony gallery designed as a textile cabinet paying homage to the building’s history. This mezzanine space can be easily divided and separated from the view of the main hall with curtains, increasing flexibility for future curatorial purposes.

The firm stripped certain existing surfaces back to reveal the original material’s uneven texture resurfacing its former splendor, while additional construction elements. In addition, other elements such as tiles and railings are treated and covered with a polished, metallic sheet embracing the revitalized spirit of the place.

CHK enriched the industrial chimney, deprived of its primary function, with a reflective pearl motif becoming a new landmark and a beacon of its namesake, visible even from distant parts of the area.

Conceived as "a multifaceted cultural expansion", Pearl Gallery acts as a new meeting place for the community – activating the surrounding area and public space to foster social interaction in the gallery and its surrounding neighborhood.

Enriched by a new public courtyard located at the forefront of the building, the building is united by the cafe - a vital link between the vibrant main street, and a calming urban interior. 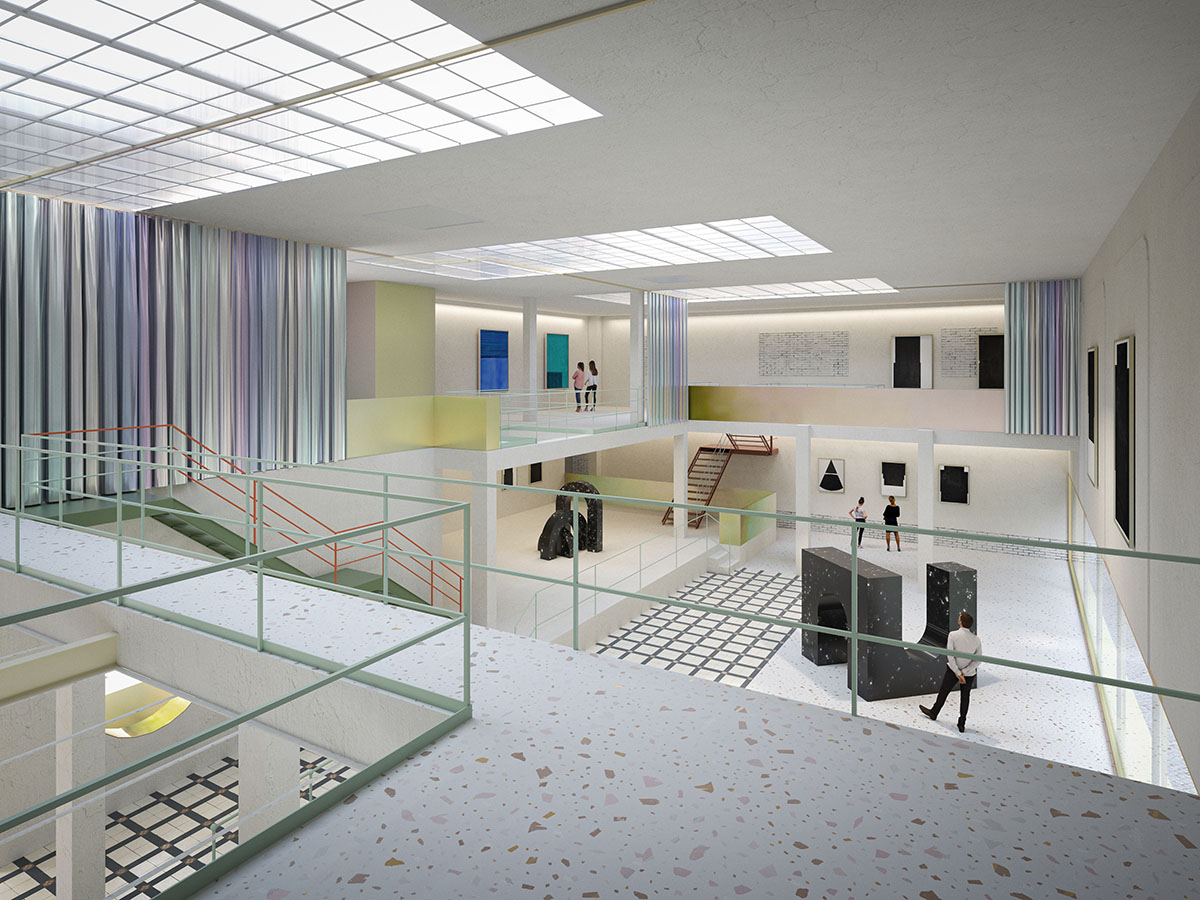 "Pearl Gallery's design sees an increased development in the urban fabric, designed to elevate local culture by weaving together and upcycling its architectural past and creating a new future in the form of a vital arts district for the city," said CHK co-founder Ondrej Chybik.

Underpinned by both a forward-thinking design and respect for the building’s original heritage, Pearl Gallery showcases the vital role of architectural transformation as a focal point in any cultural and social revitalization. 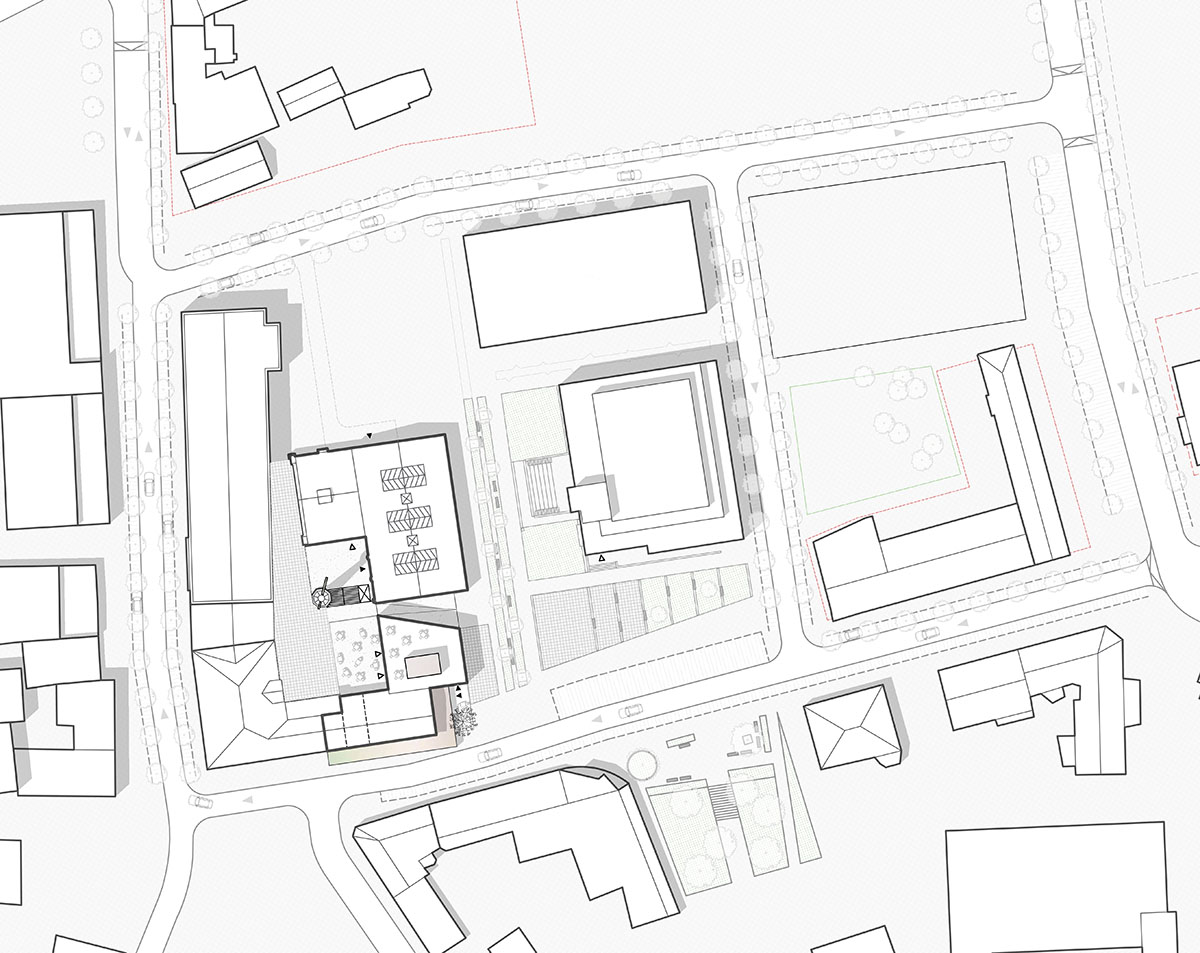 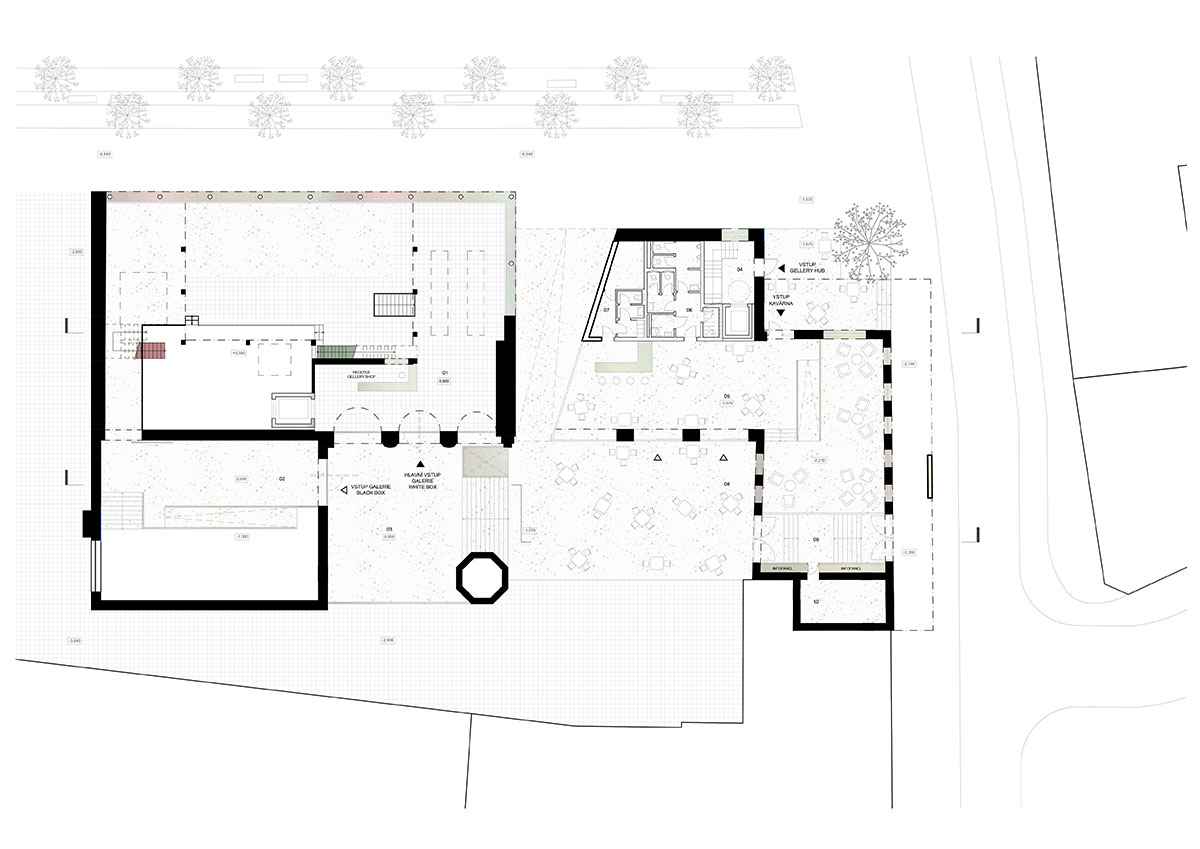 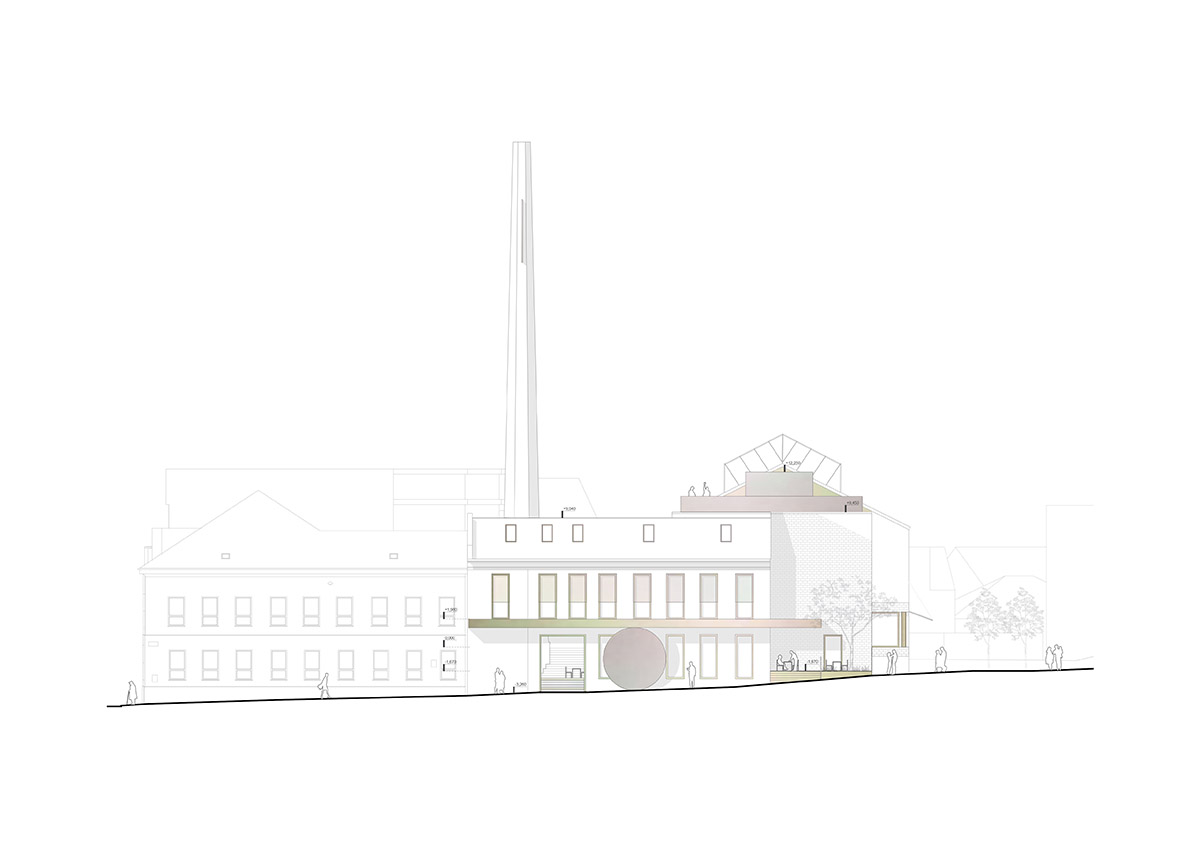 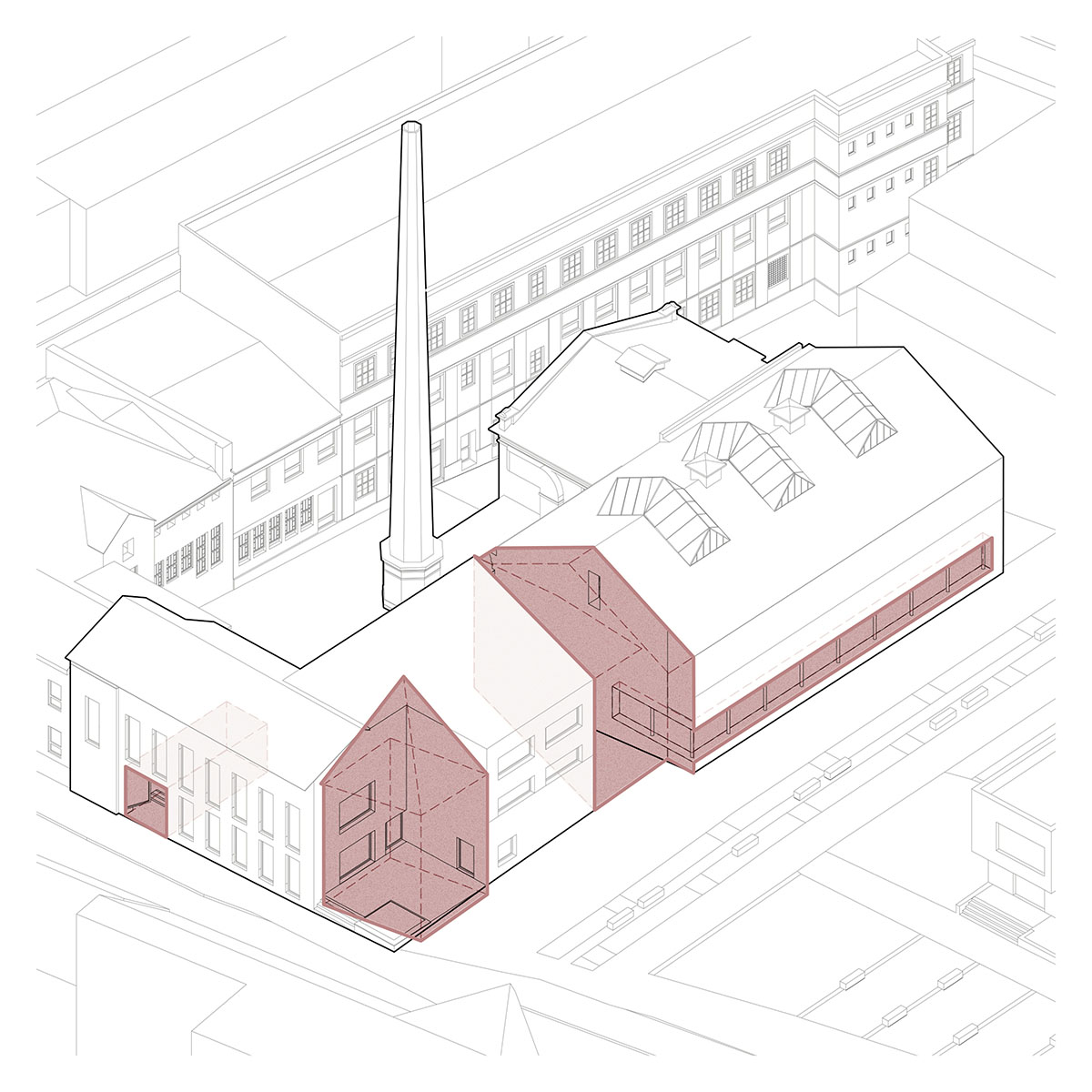 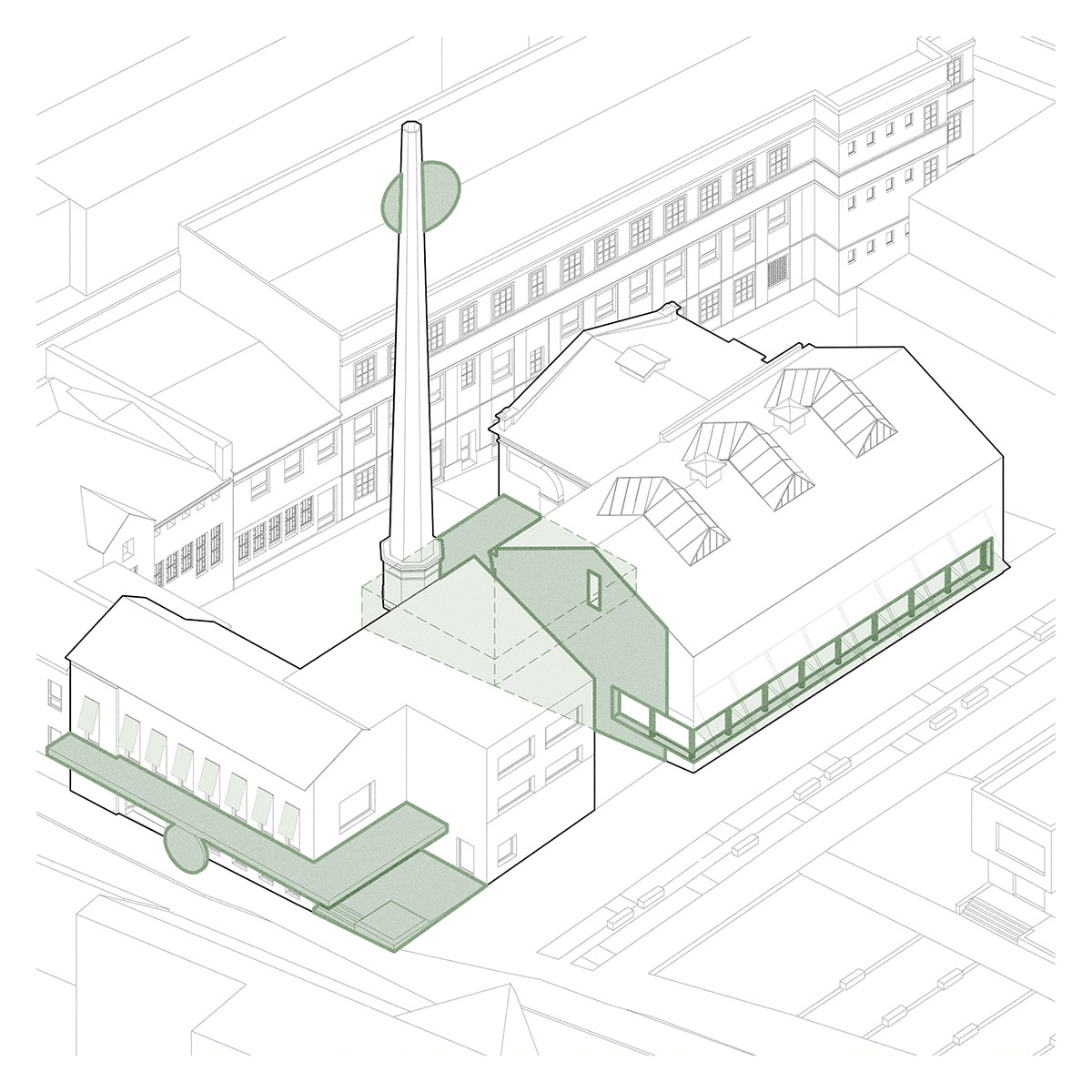 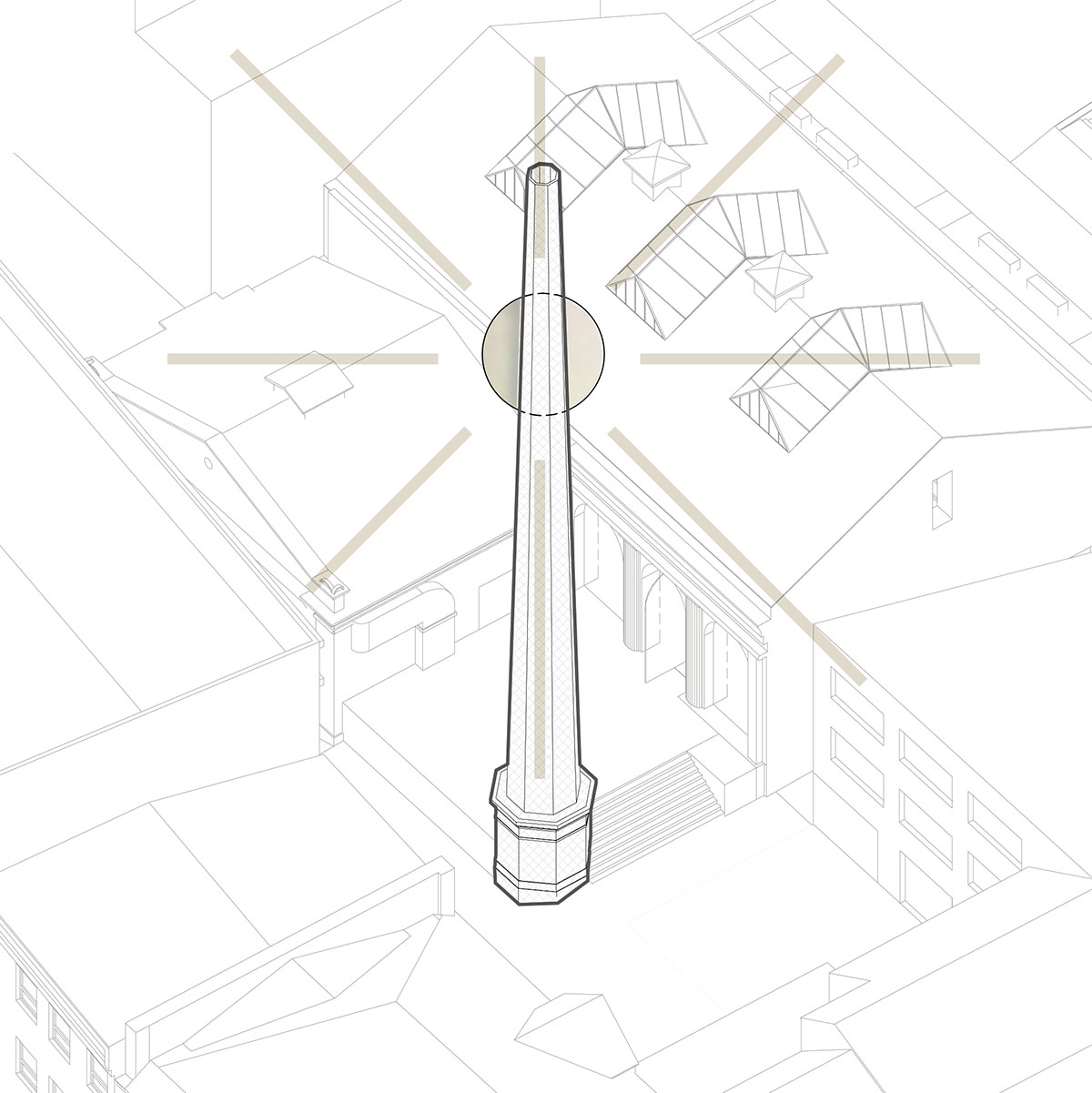 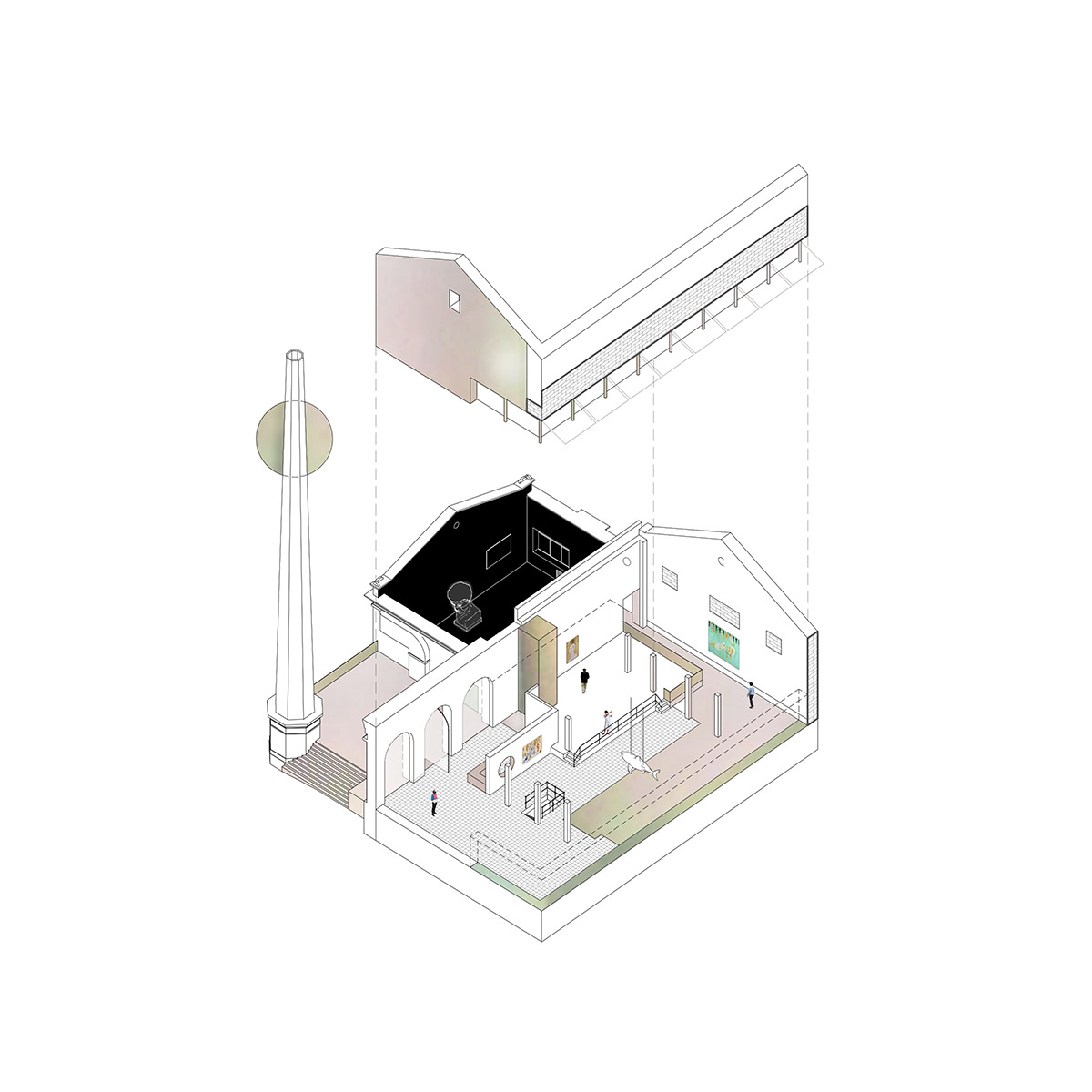 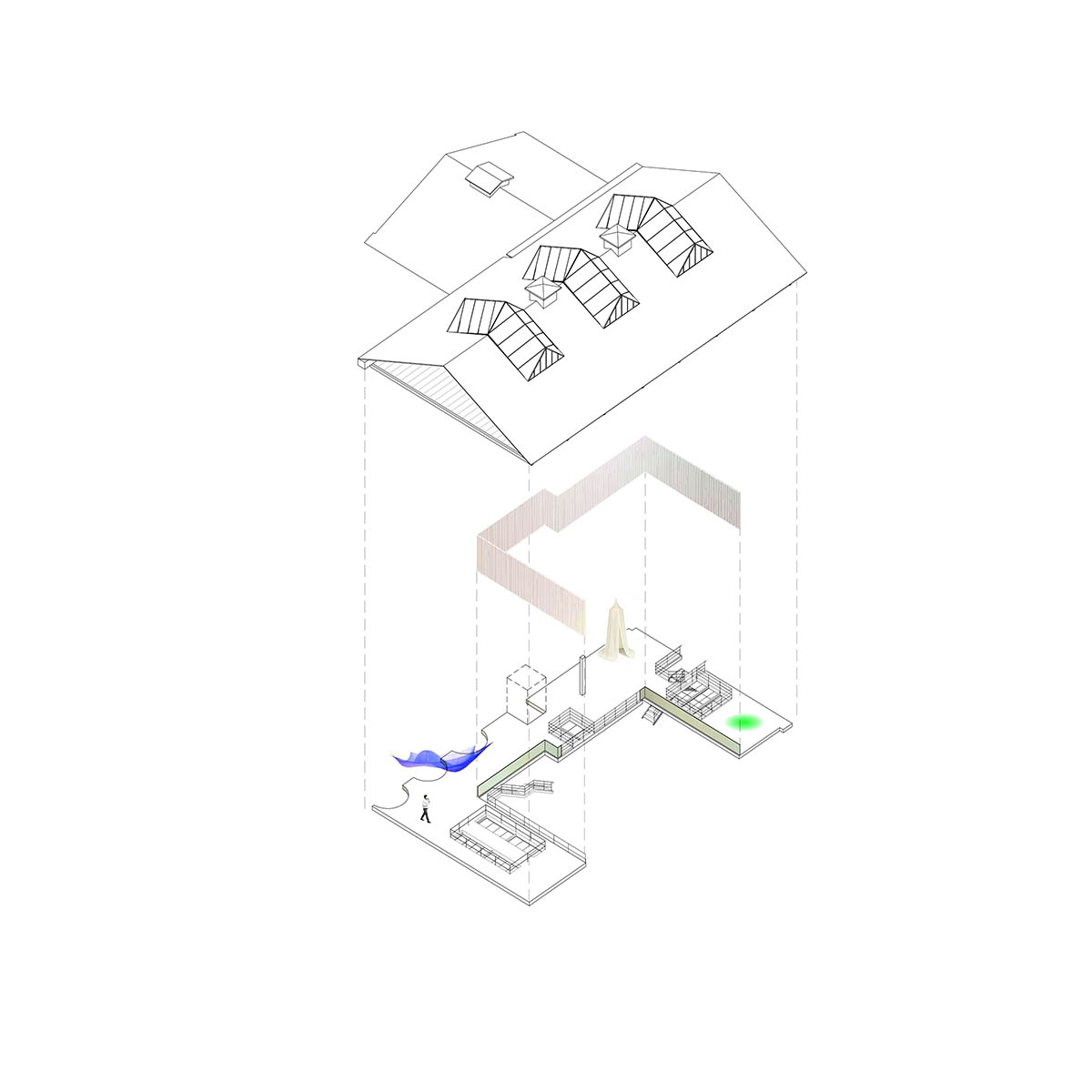 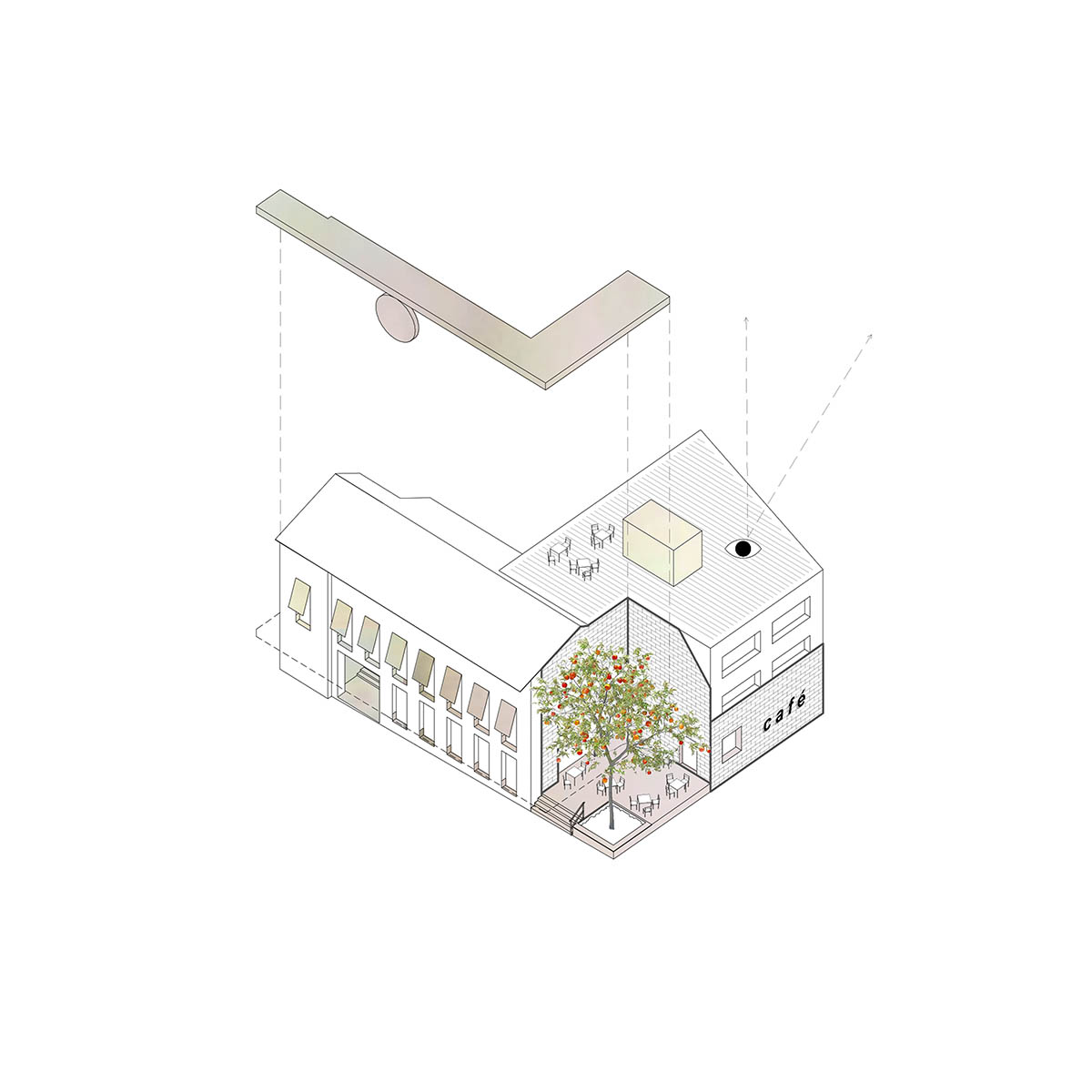 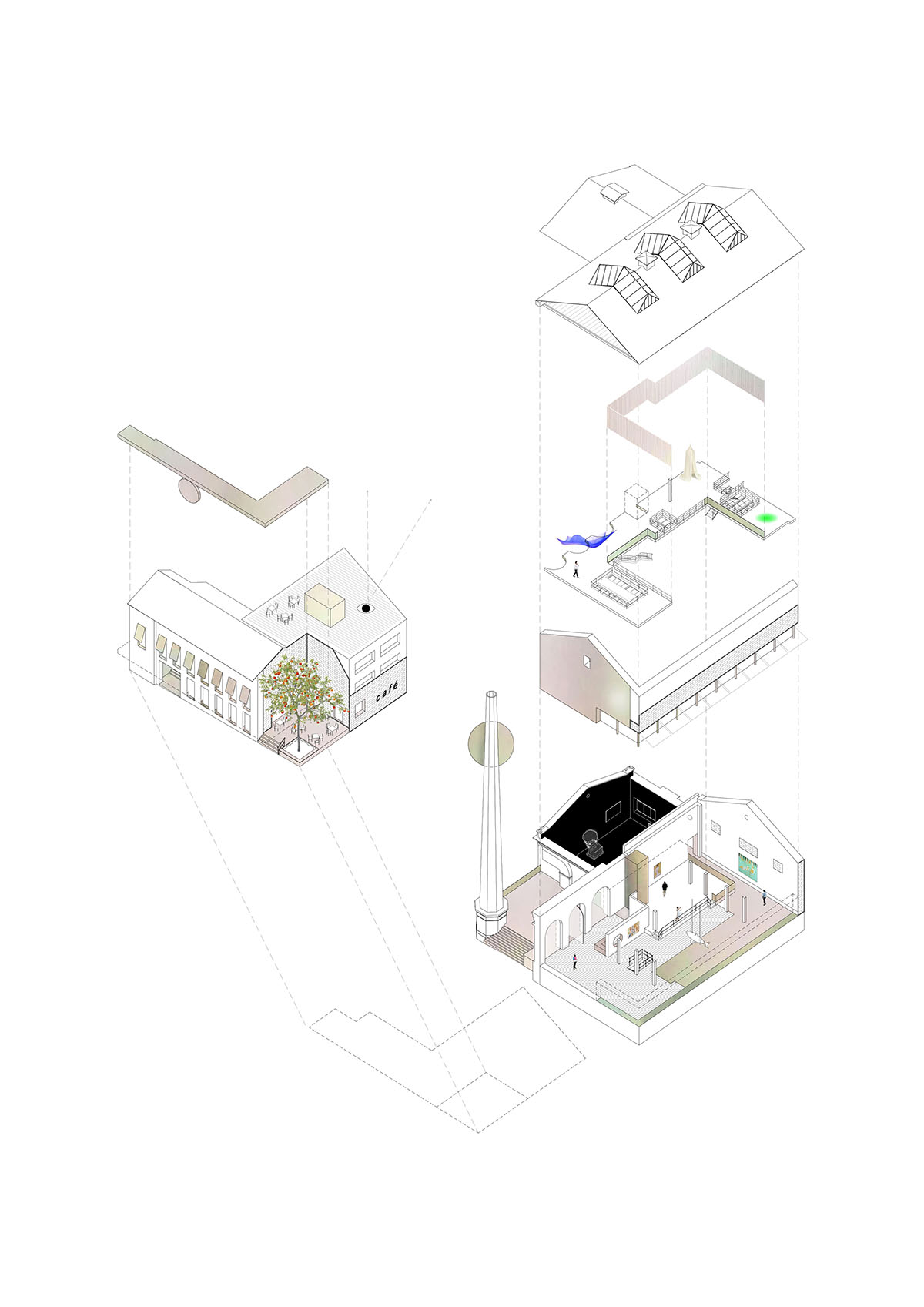 CHYBIK + KRISTOF completed a user-friendly modular structure for a research center in the Czech Republic. CHK and Skanska are also designing a new mixed-use residential development to transform former sugar factory on the outskirts of Prague.