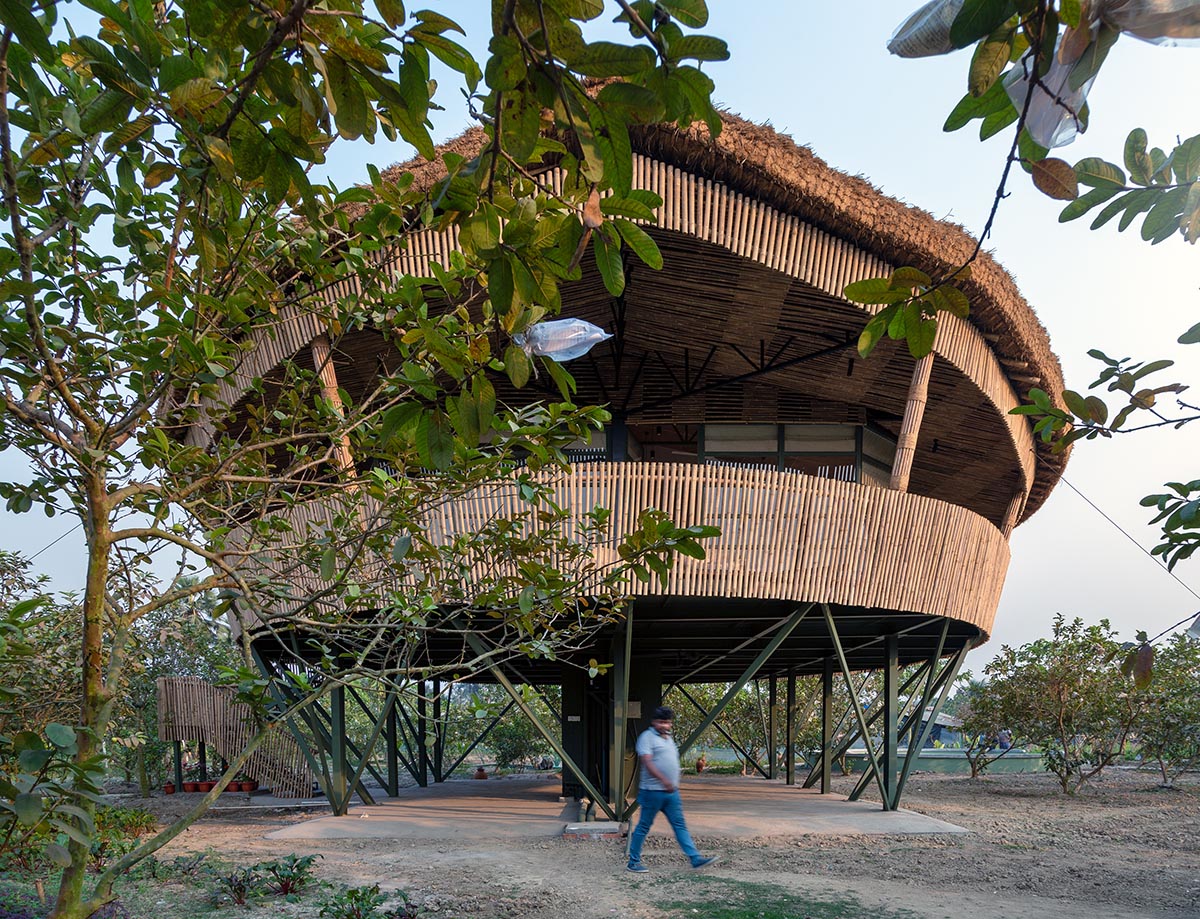 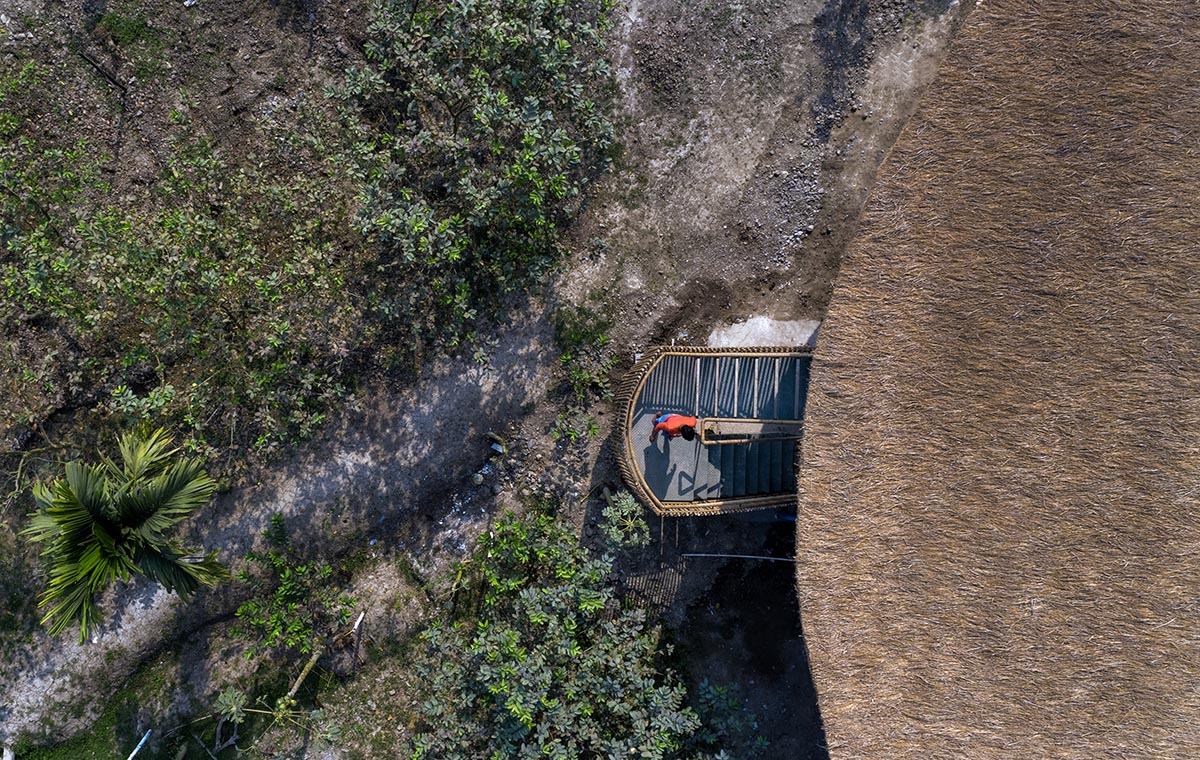 Built as a two-bedroom weekend retreat, the house is made of bamboo and a thatch roof, which was built with locally-available materials. The retreat acts like a pavilion as a harmonious addition to the landscape.

Located in rural farmlands on the outskirts of Kolkata, the project's brief was to create a two-bedroom weekend retreat that adapts to its tranquil surroundings. 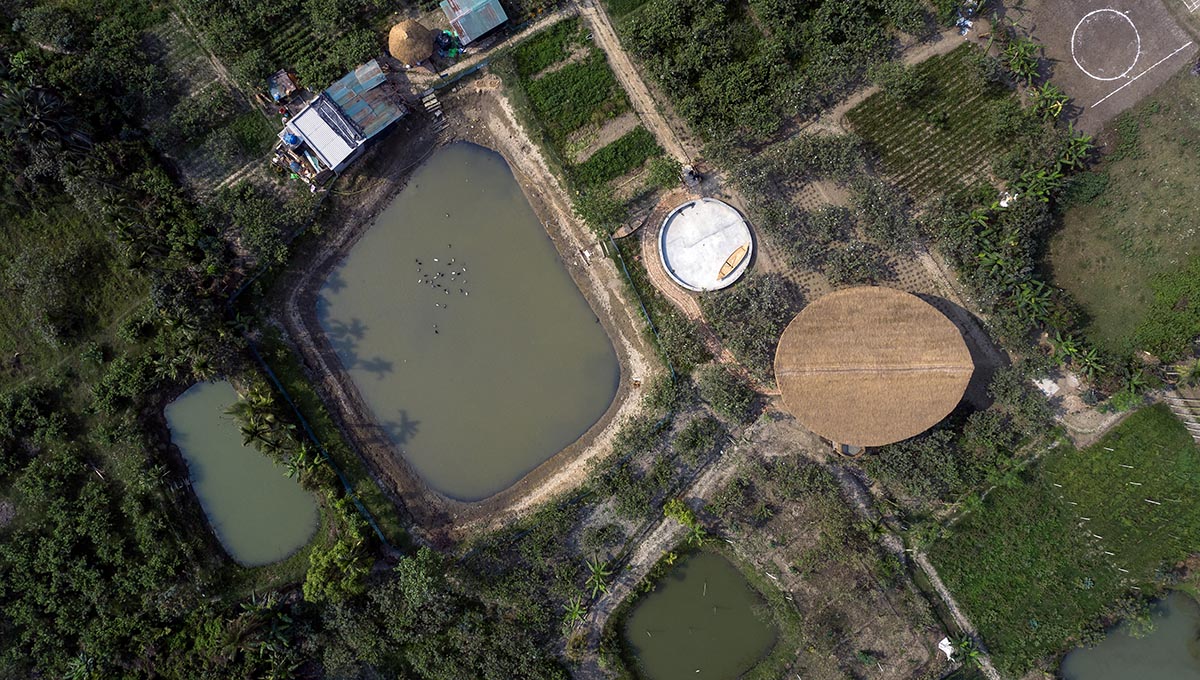 "Set within a guava orchard in the farm, the idea was to build a ‘Macha’, or an elevated observation platform, that becomes a place of reprieve from the rigours of urban life," said Abin Design Studio, a Kolkata-based studio was founded by Abin Chaudhuri.

The house is elevated 9 feet (2,74 meters) from the ground level, this residential outhouse provides a dual purpose, according to the studio. 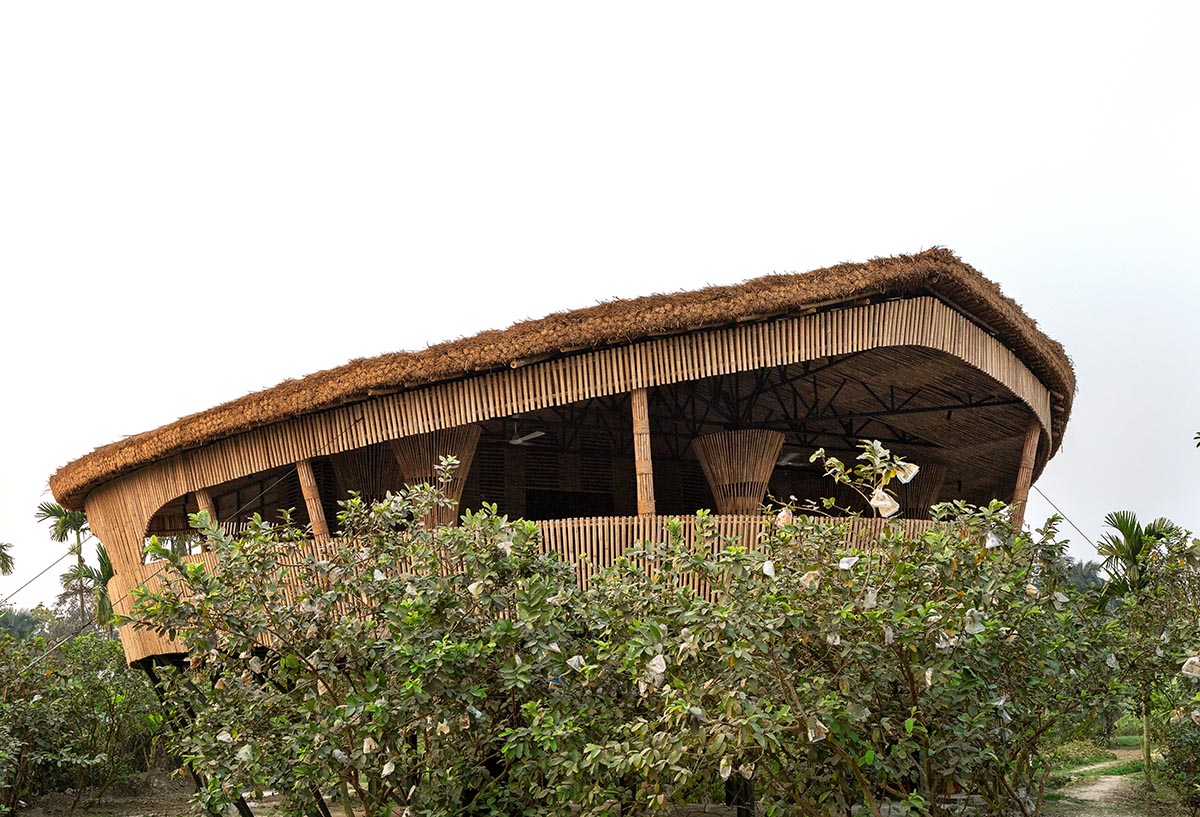 One is to elevate one above the canopy level of the surrounding plantation to provide uninterrupted views all around, and the second one  is to lift the habitable spaces up to safety - while keeping it away from undesired wildlife of this flood-prone zone.

The house is built with a (MS) Mild Steel Structural Framework and is designed to capitalise on its views all around.

The studio places service cores in the middle of the retreat, while habitable rooms and terraces run around the periphery of the floor plate. 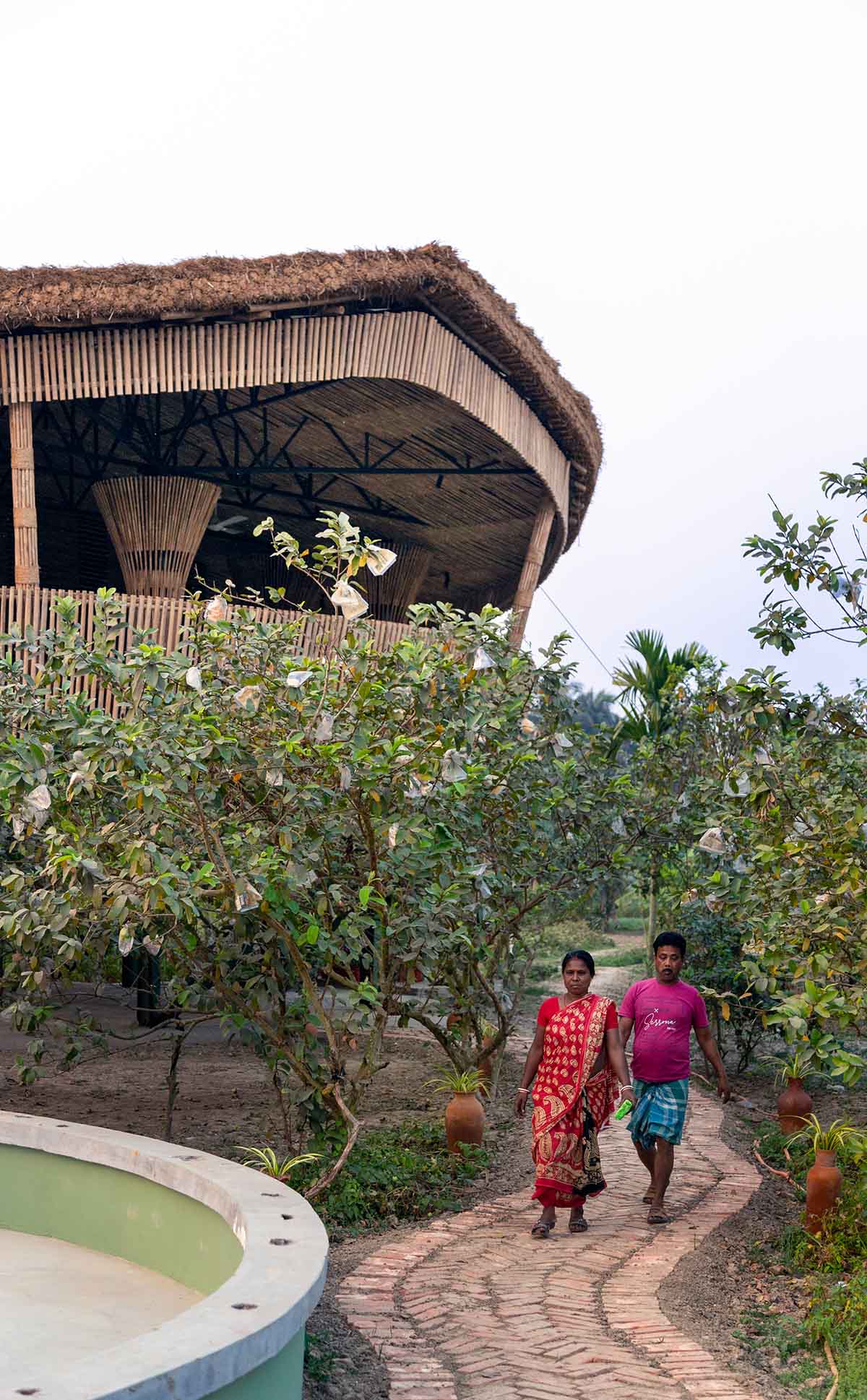 The studio kept metal elements in minimum so that the design language is dominated by the delicate weave of bamboo - since the material is locally available. However, as stated by the team, the bamboo material is also familiar to the inhabitants of the land.

The cover is made of a traditional thatch roof above that complements the overall language of the retreat. 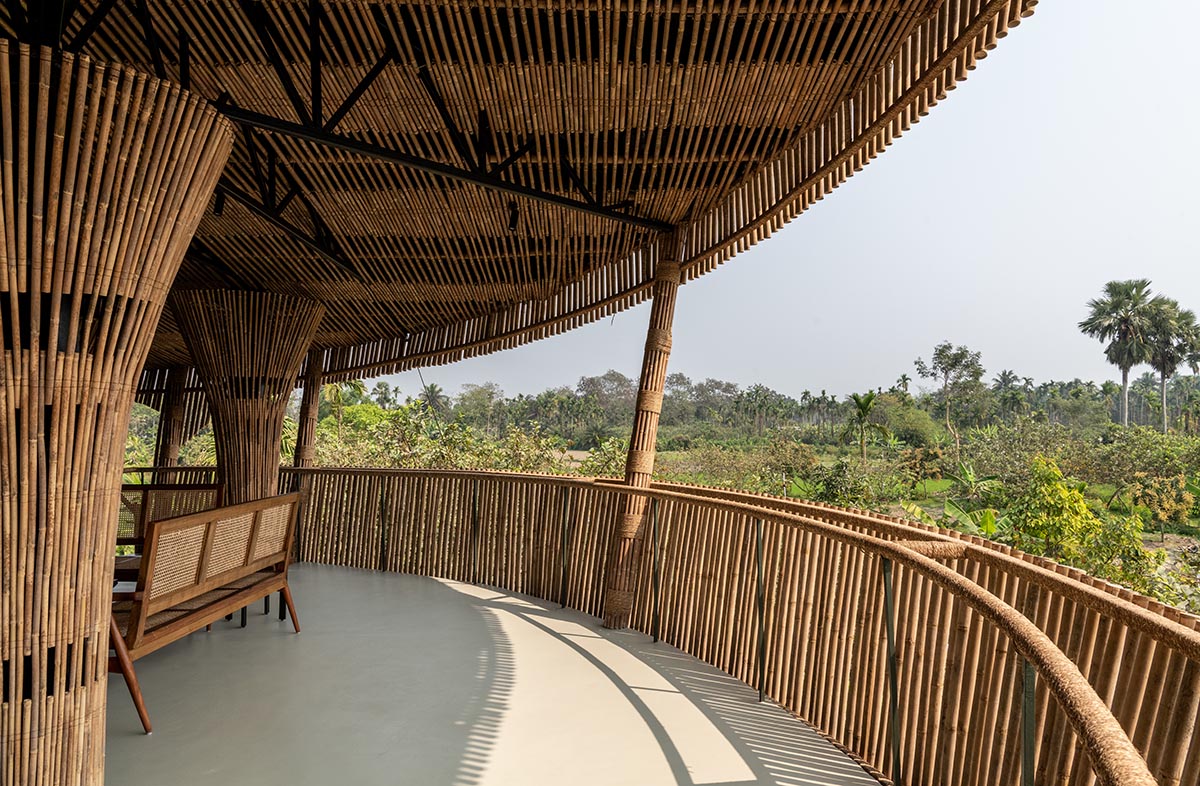 "This simplicity of the structure is accentuated by the boldness of the form and contemporary implementation of traditional materials," said the office.

"This architectural expression of form carries through to the interior detailing as well. A combination of traditional wooden furniture and modern glazed elements brings this holiday home together. Soft furnishing and artwork weave colour into the spaces."

"The composition of form, materials and treatment make for an idyllic weekend retreat within its verdant locale," the office added. 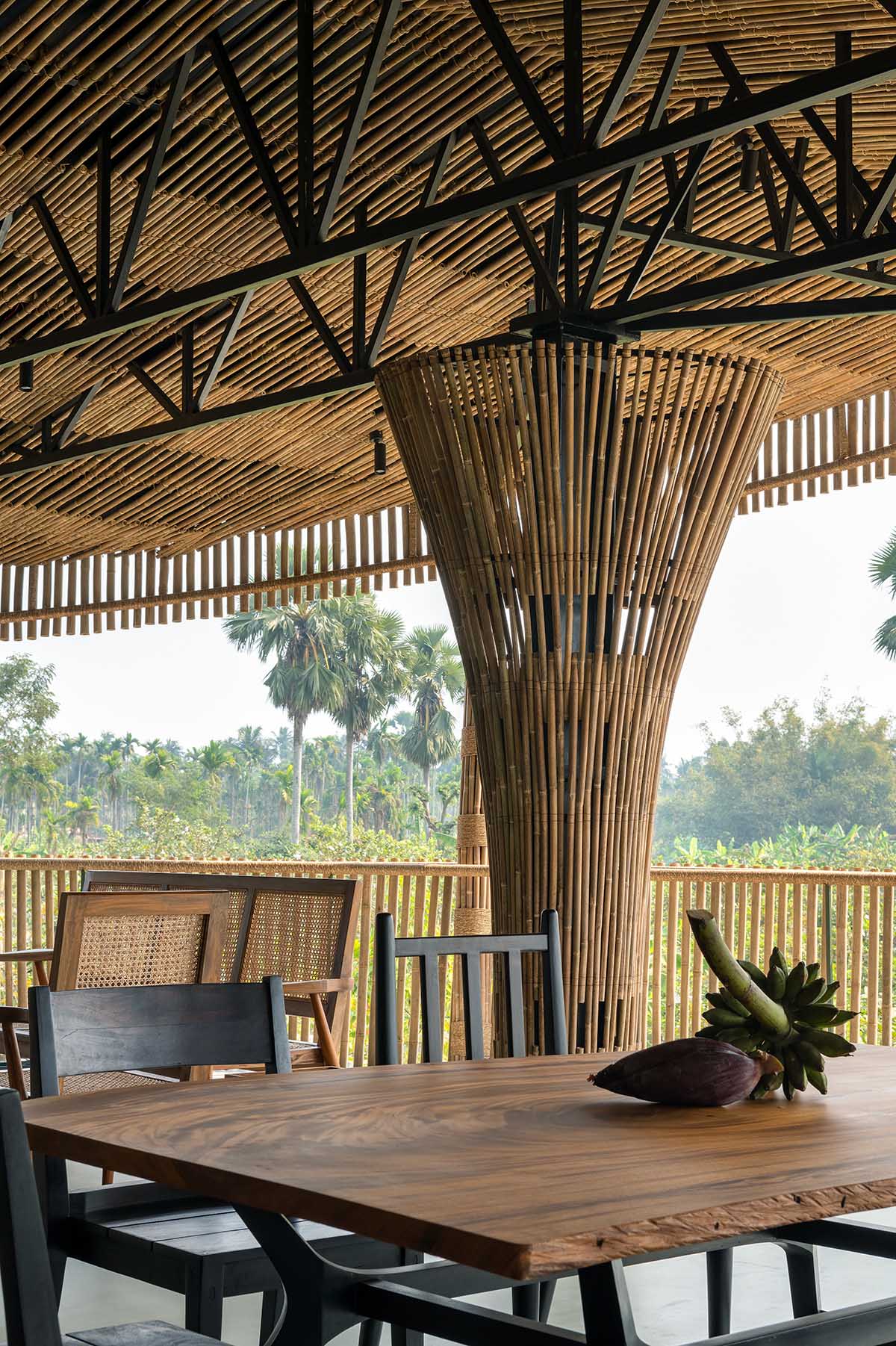 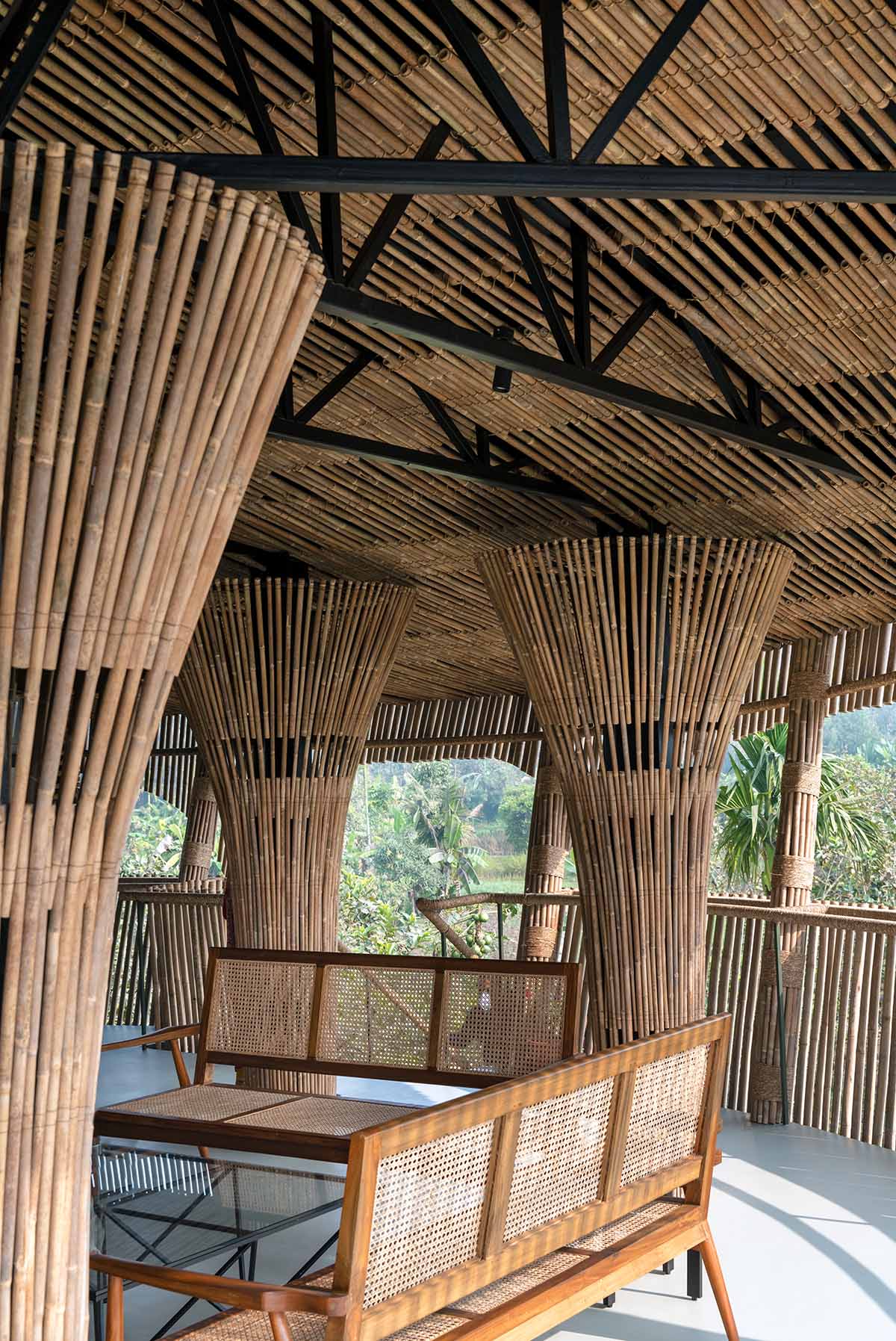 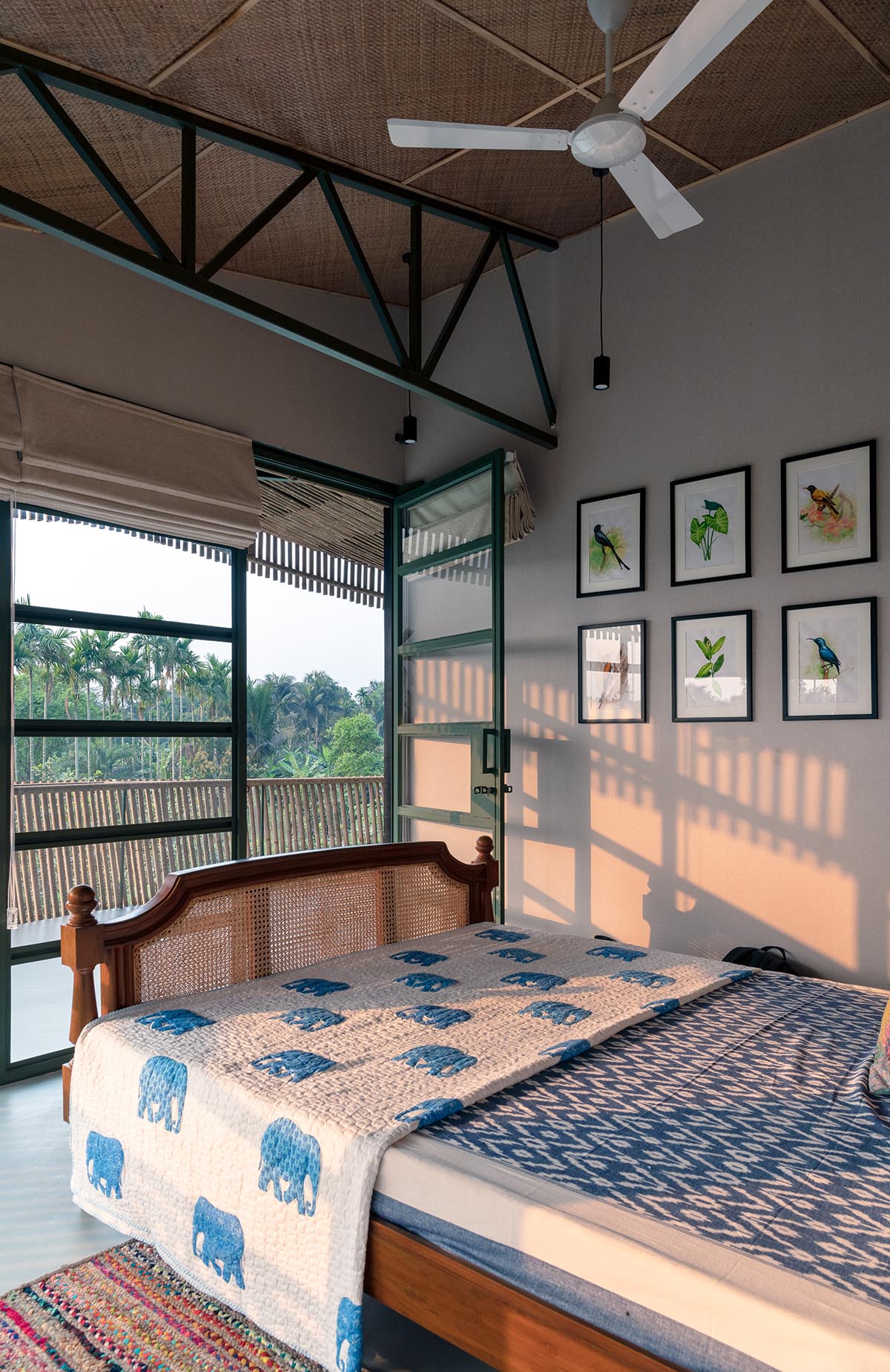 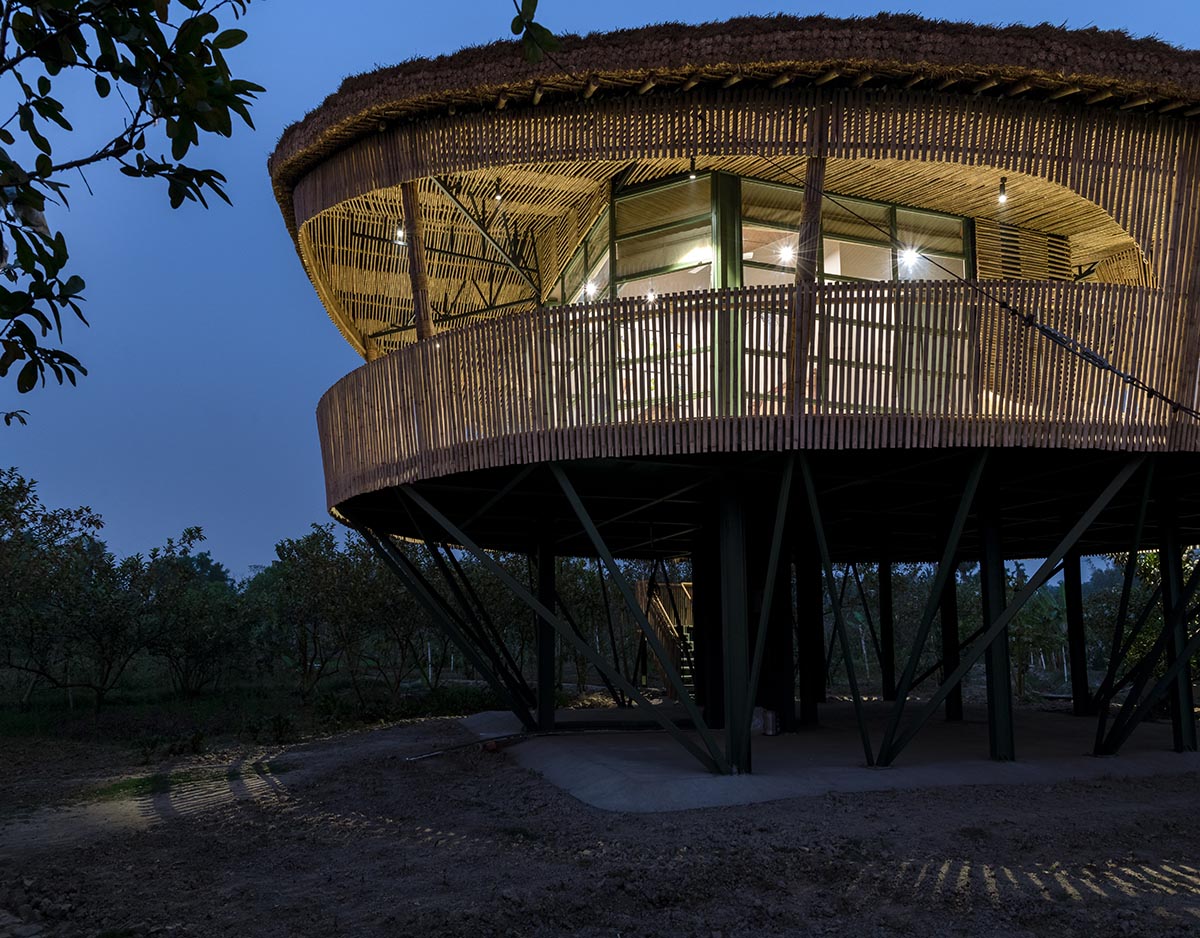 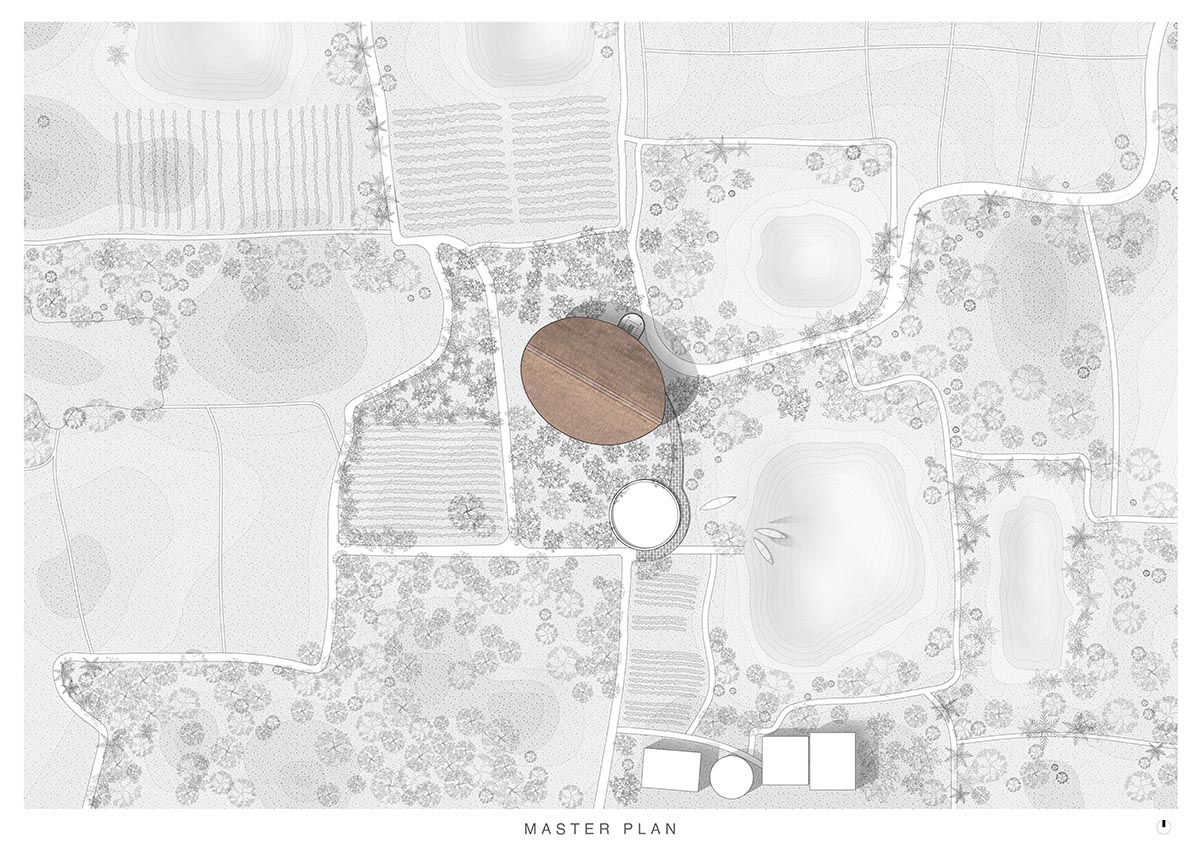 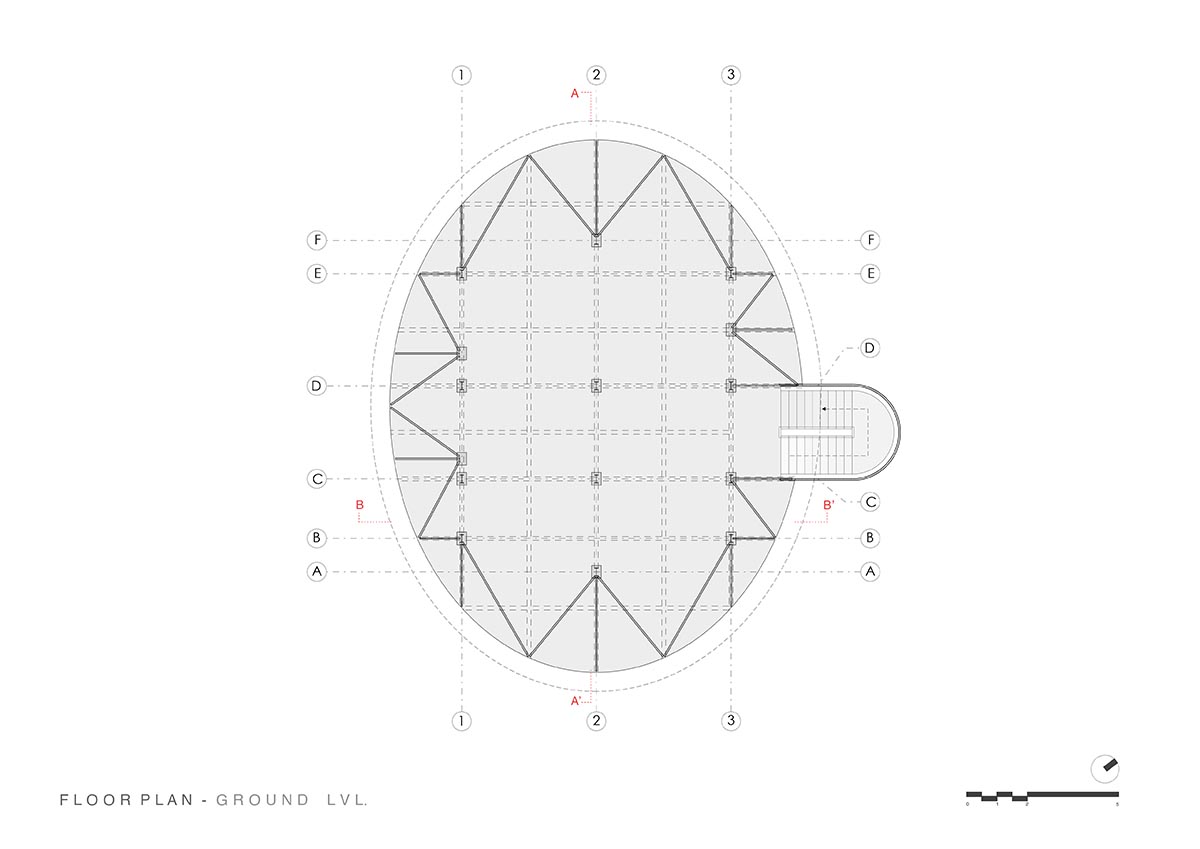 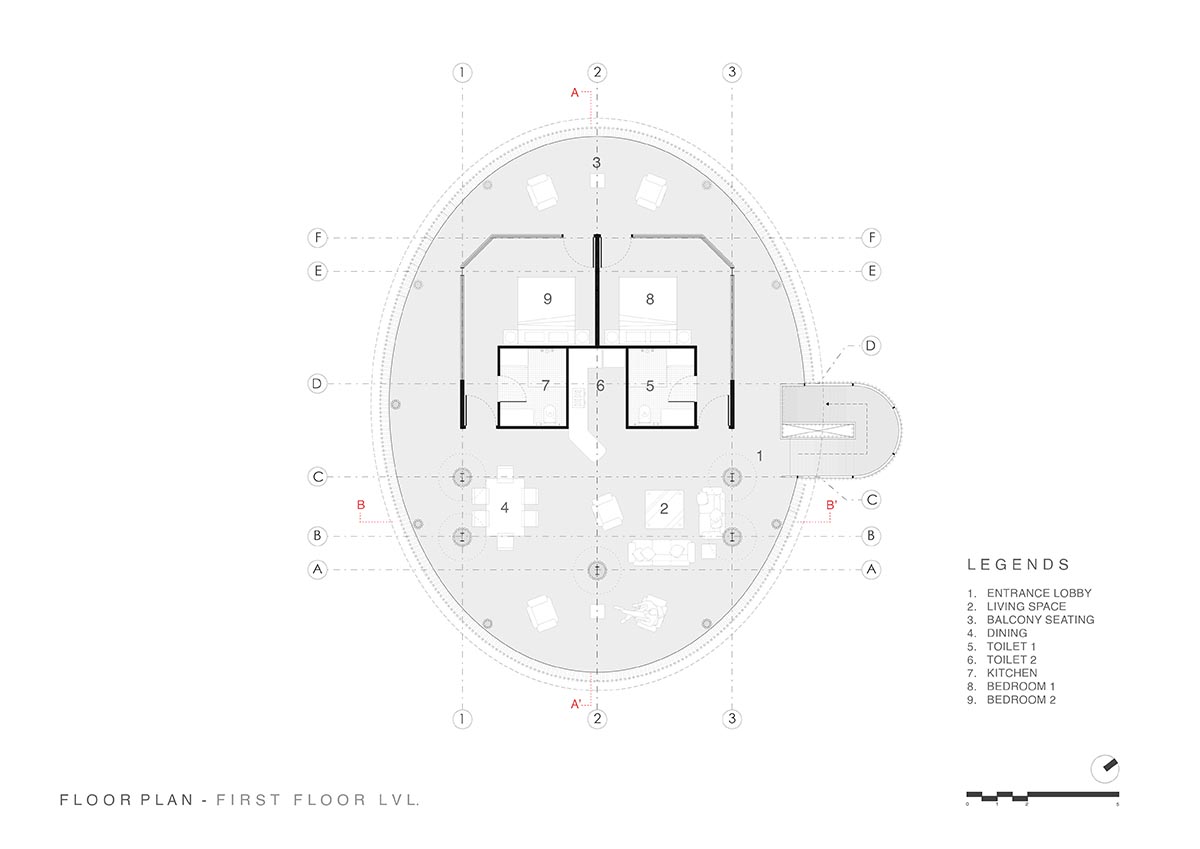 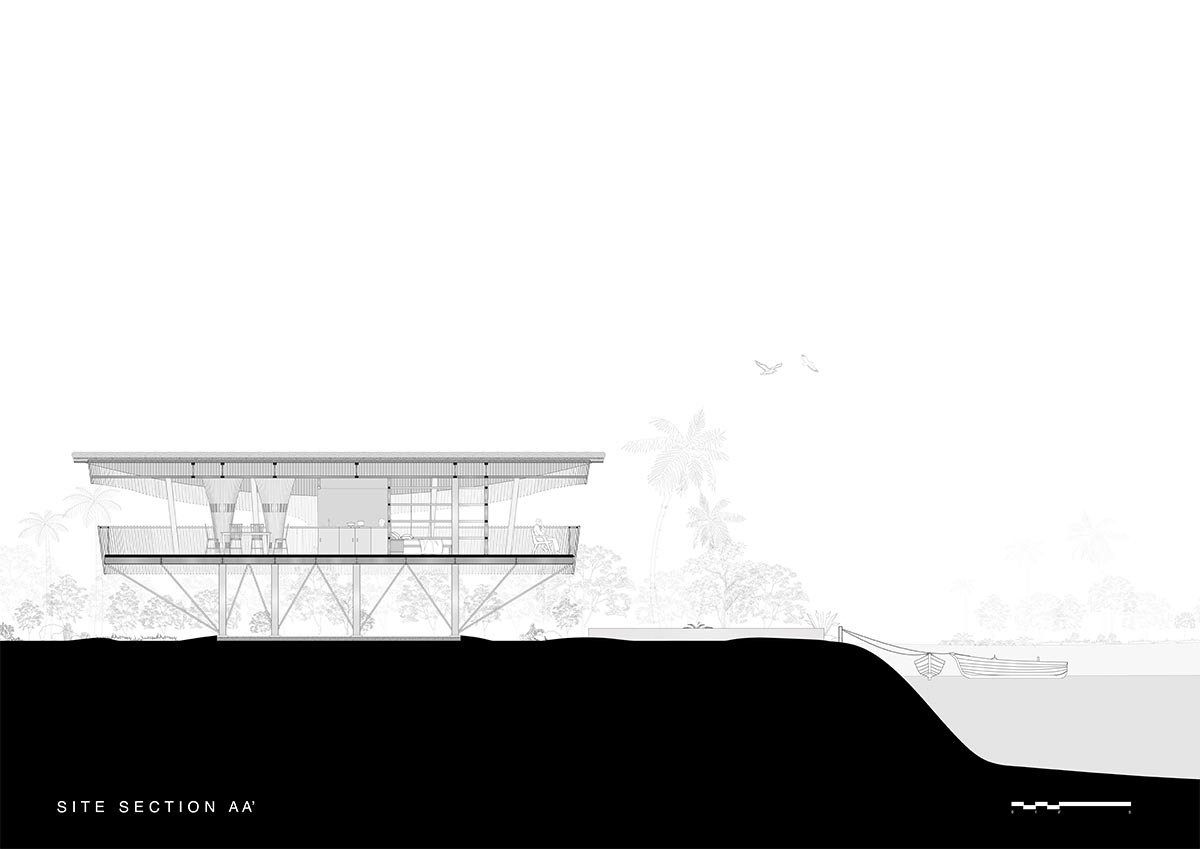 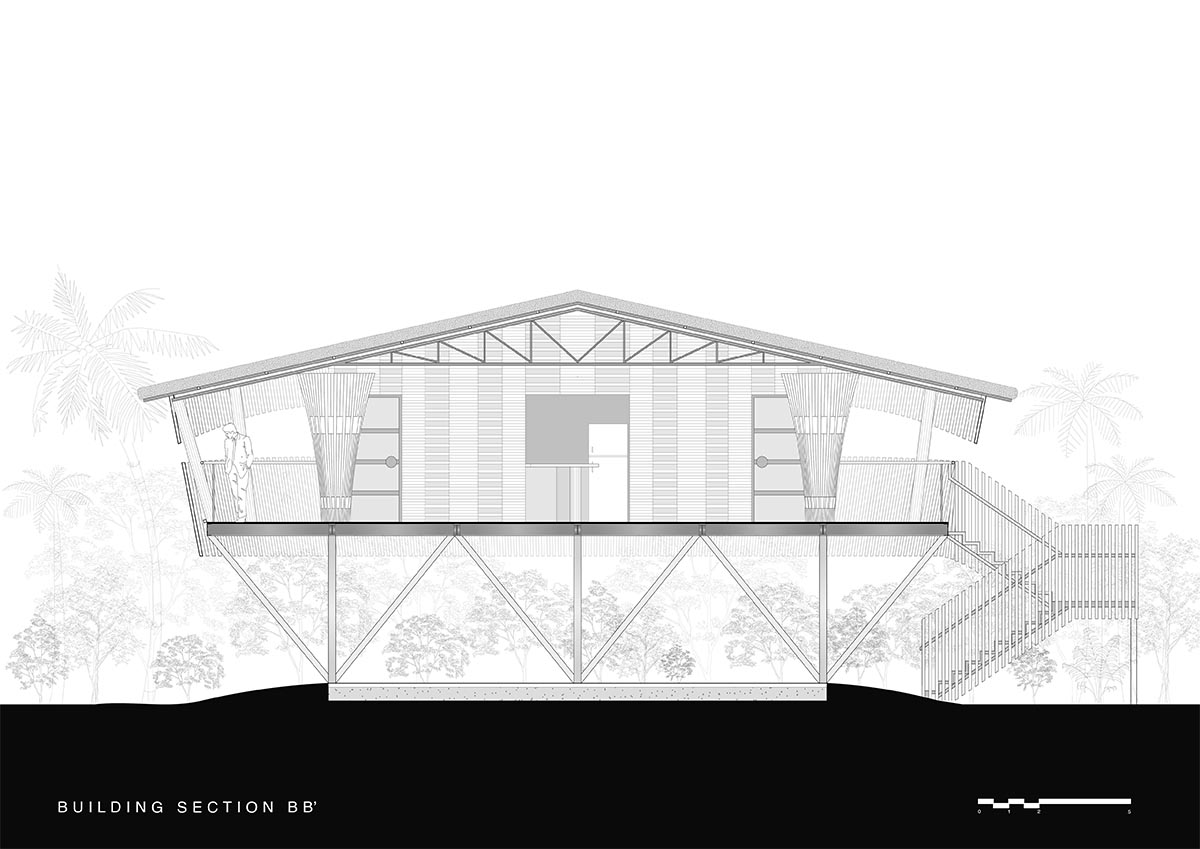 An international and national award winning architectural design studio, Abin Design Studio (ADS) is based in Kolkata since 2005 and run under the leadership of Abin Chaudhuri in 2010.

The design philosophy of the studio is to provide an "unknown" journey, with experimentation of materials and technology, and the engaging art and culture, aiming to provide a "soul in the shell".