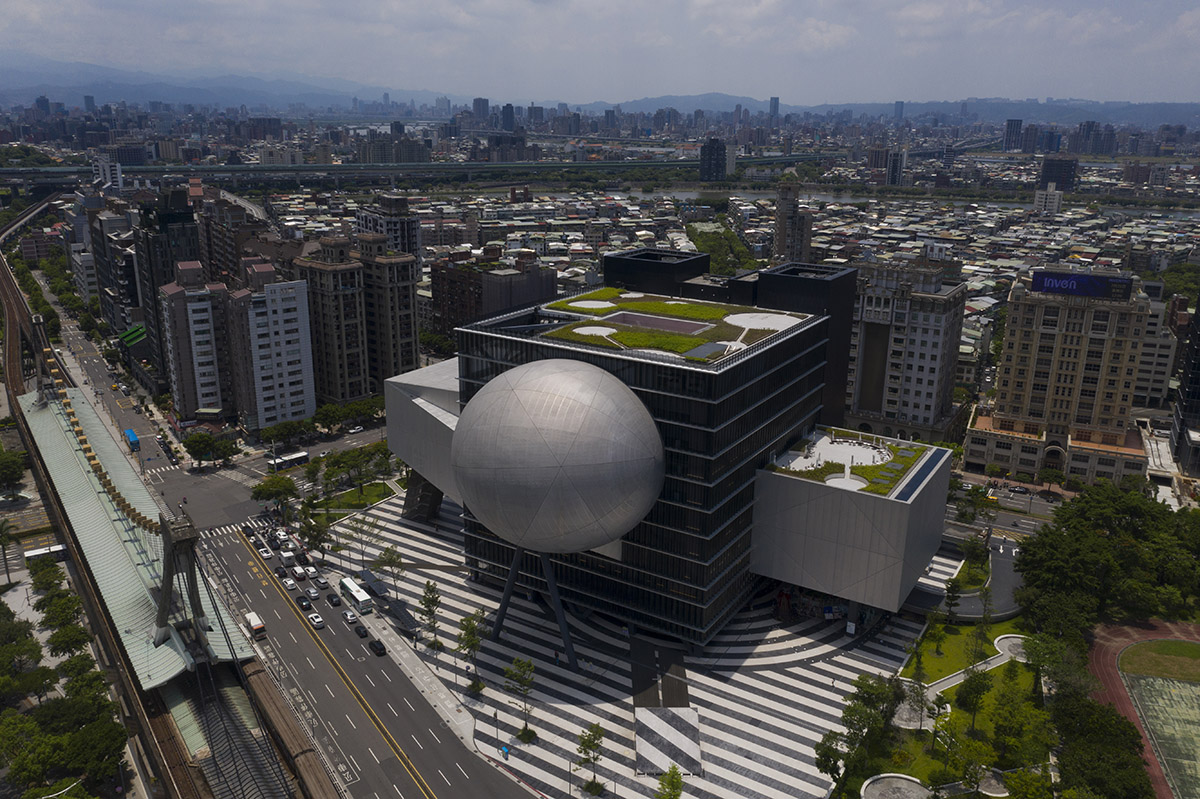 Taiwan’s new landmark and Asia’s most important cultural development of 2022, Taipei Performing Arts Center designed by OMA has officially opened to the public on Sunday 7 August in Taipei, Taiwan.

The new center has officially opened at a ceremony this afternoon, the Mayor of Taipei, Ko Wen-je, inaugurated Taipei Performing Arts Center (TPAC), the project is considered Asia’s most important cultural development in 2022 and a new landmark for Taiwan’s capital city. 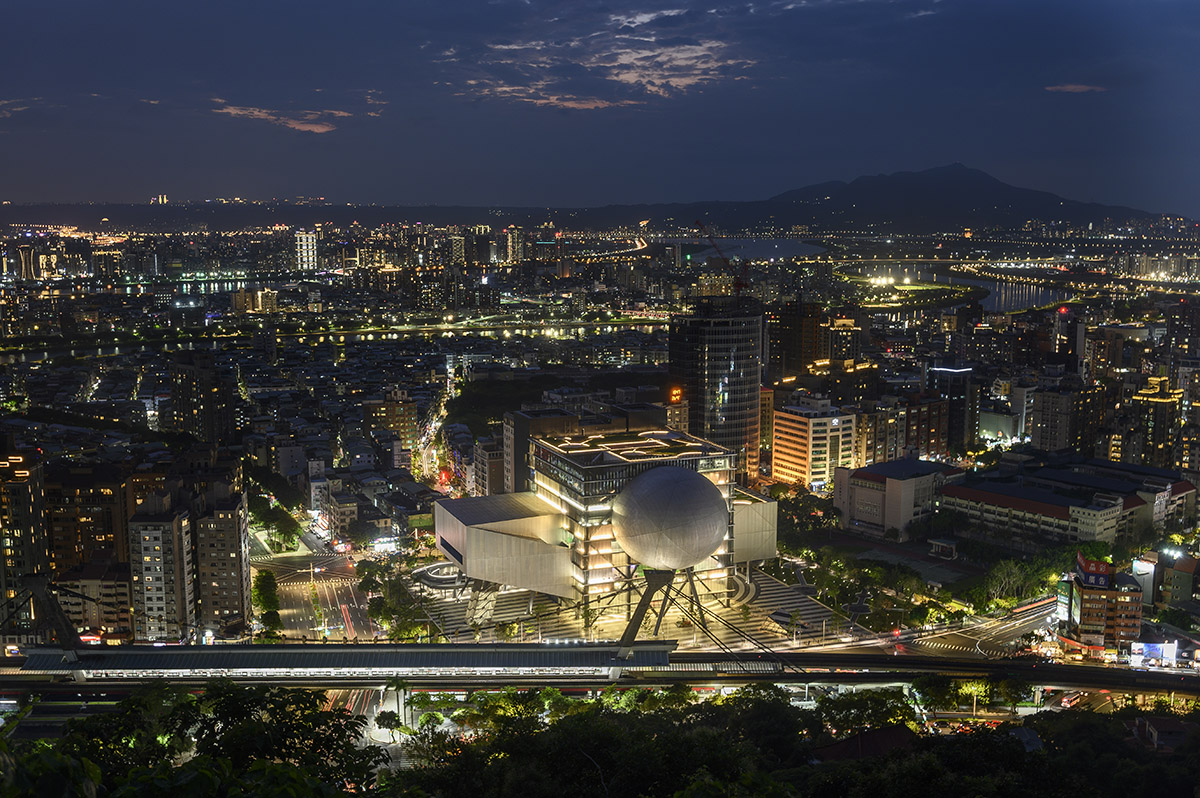 Attended by dignitaries including TPAC’s chairman Liu Ruo-yu, CEO Austin Wang and the architects Rem Koolhaas and David Gianotten of Office for Metropolitan Architecture (OMA), the ceremony was immediately followed by an opening concert featuring the world premiere of Taiwanese composer Nan-Chang Chien’s Symphony No. 5 ‘Taipei’ performed by the Taipei Symphony Orchestra. 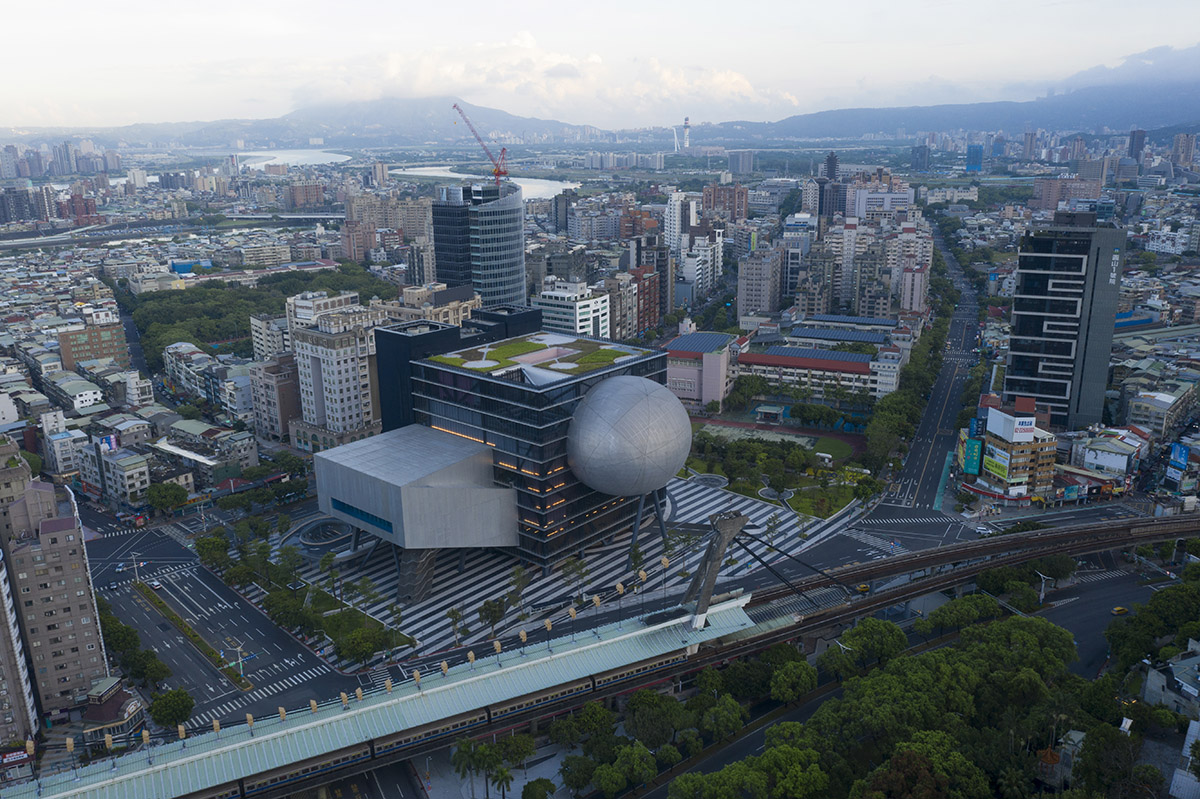 Commissioned by the Taipei City Government to foster the development of the arts, the project was completed by a global team of the renowned architecture practice OMA, led by Pritzker-Prize-winning architect Rem Koolhaas and David Gianotten, in collaboration with local architecture firm KRIS YAO | ARTECH, engineering company Arup and landscape, interior and curtain designer Inside Outside. 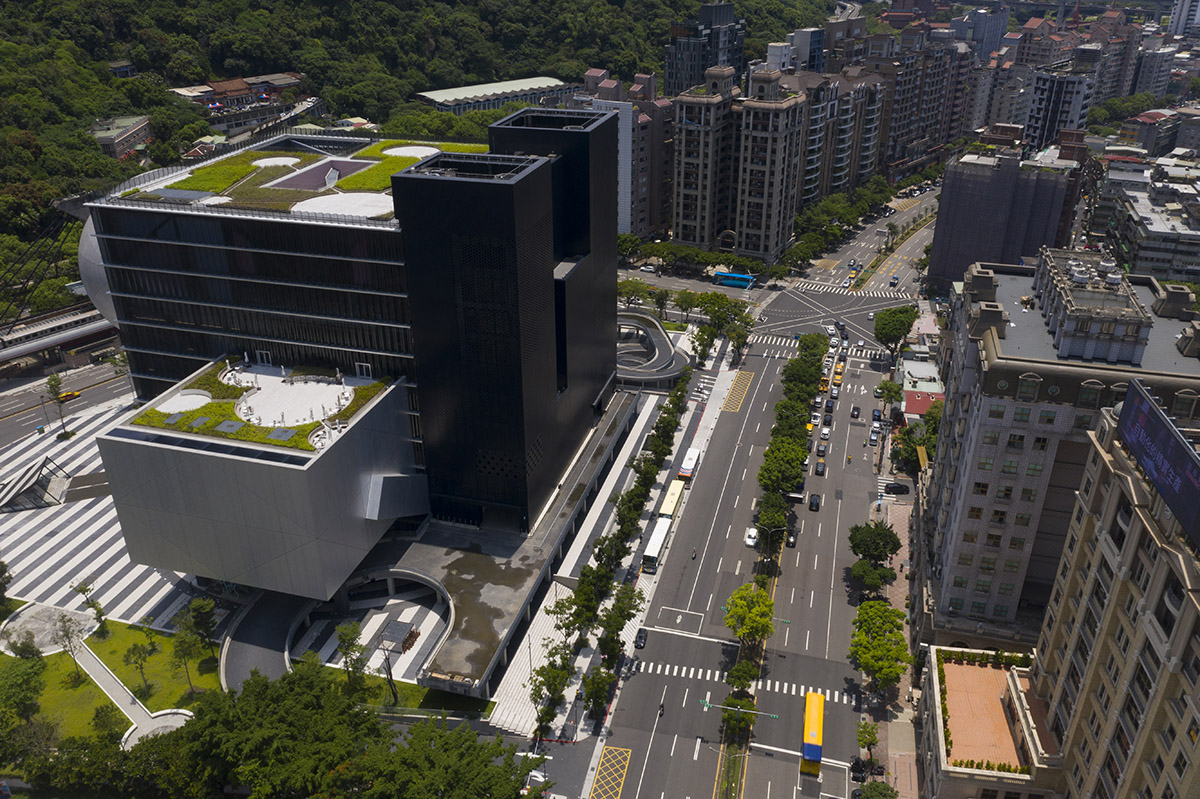 "When we first visited Taipei for the competition, we felt it was a city with an appetite for experiment. This building is a response to that discovery," said Rem Koolhaas, OMA Founding Partner.

"We put three traditional theatres together in a way that offers theatre makers completely new opportunities to conceive spectacles and performances."

"We are proud to be part of the effort to realize the performing arts center, which became possible only with the knowledge, creativity, and perseverance of city, collaborators and architects," Koolhaas added. 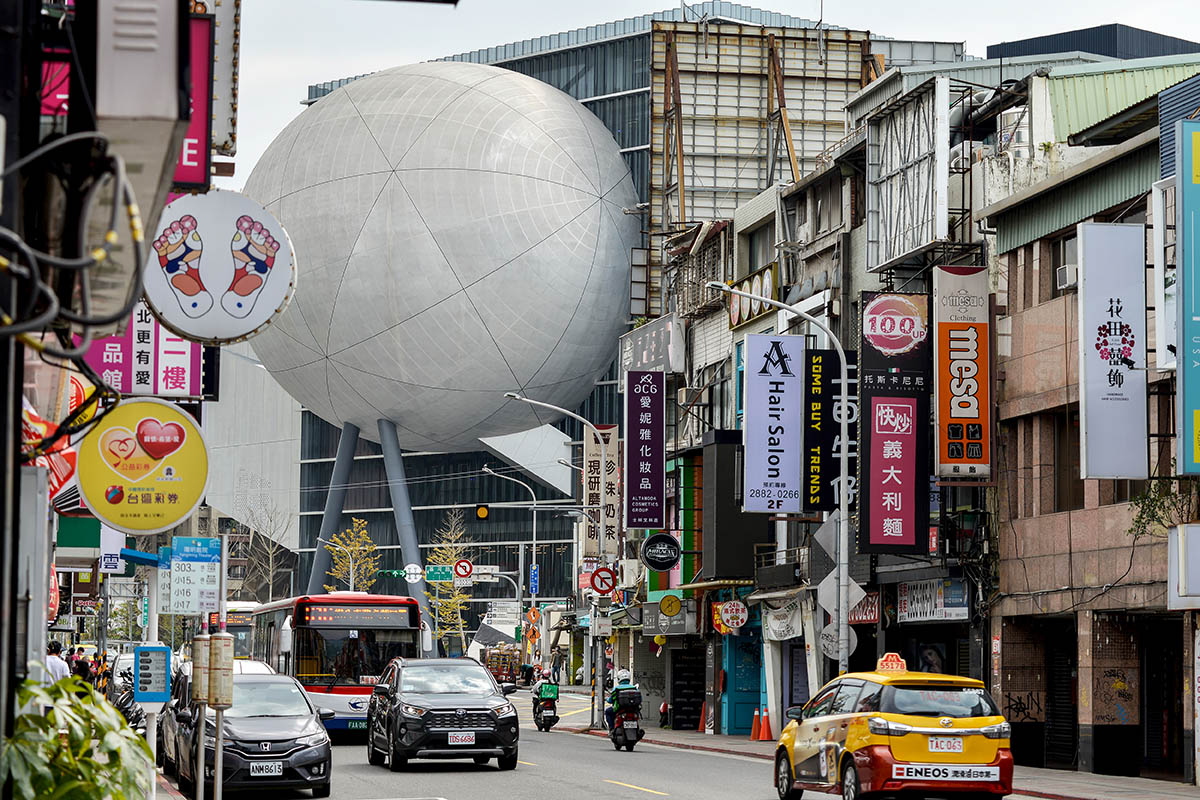 Comprising three theaters around a central cube, the center invites the city’s street life on site. While the spherical 800-seat proscenium is dedicated to theater, called Globe Playhouse, it resembles a planet docking against the cube.

Another volume is a 1500-seat Grand Theater, providing space for a wide variety of performing arts. Opposite and on the same level is the 800-seat multiform theater, named Blue Box, is used for the most experimental presentations.

"When brought together, the two theaters become the 2,300-seat Super Theater, a massive performance space," said OMA in a press release. 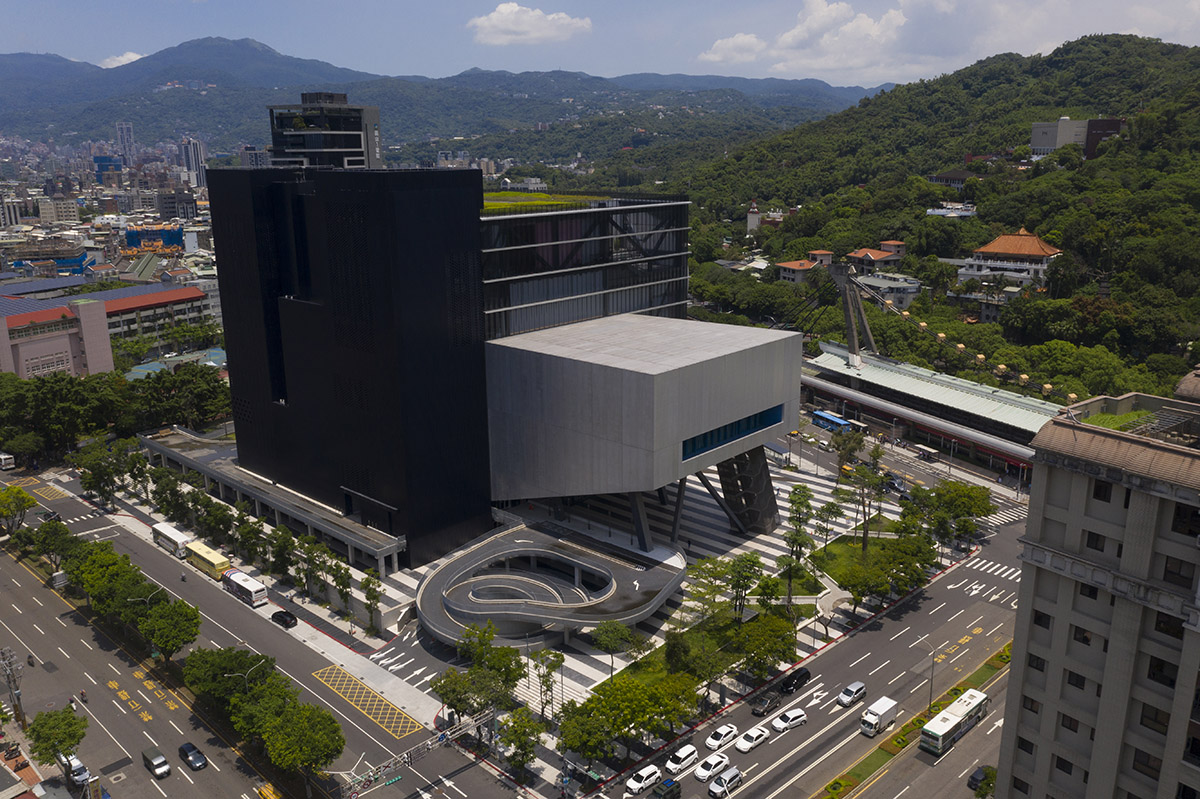 Equipped with facilities to meet the most challenging pyrotechnical demands of contemporary theater, the spaces have been specially designed to offer new theatrical opportunities. 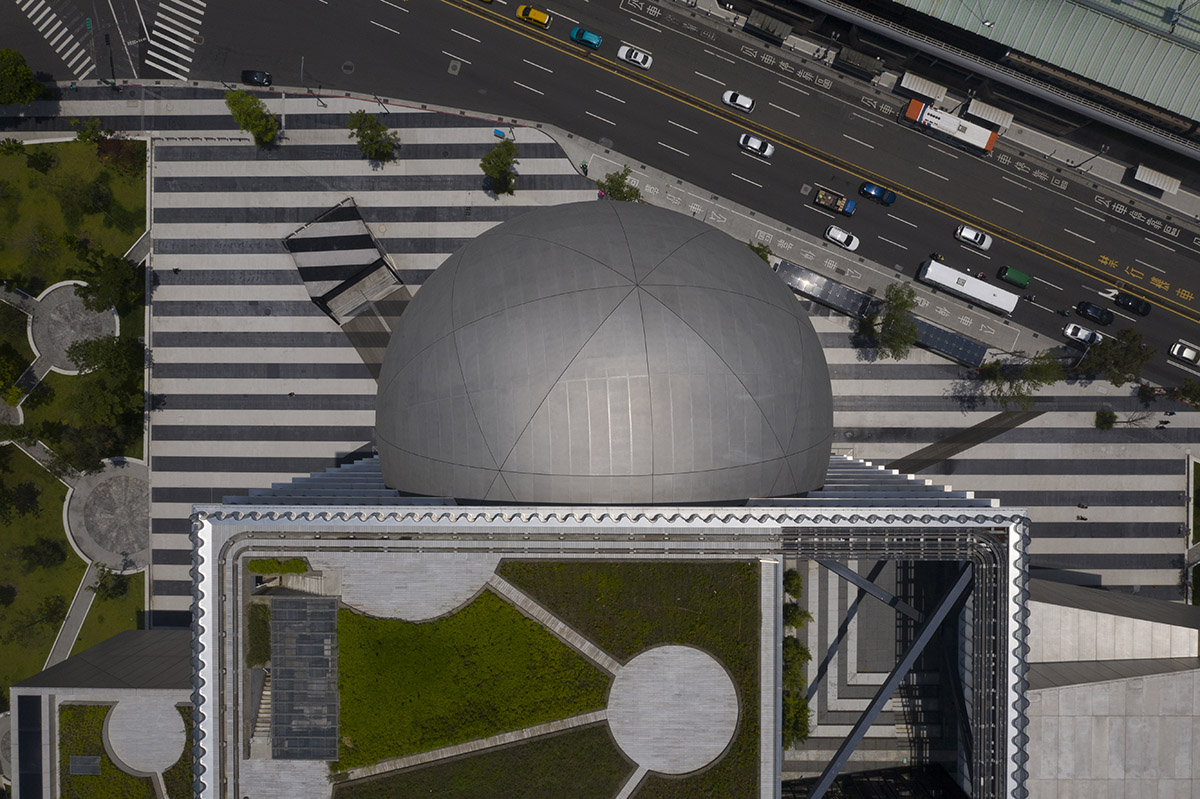 "It is extremely rewarding to see cultural creatives, audiences and visitors using the building both as we envisioned and in unexpected ways," said David Gianotten, OMA Managing Partner – Architect.

"The theatre culture and the vibrant street culture coexist in this public building and around the site. For us, this mix of cultures aptly captures the energy of Taipei, a city always open to changes," Gianotten added. 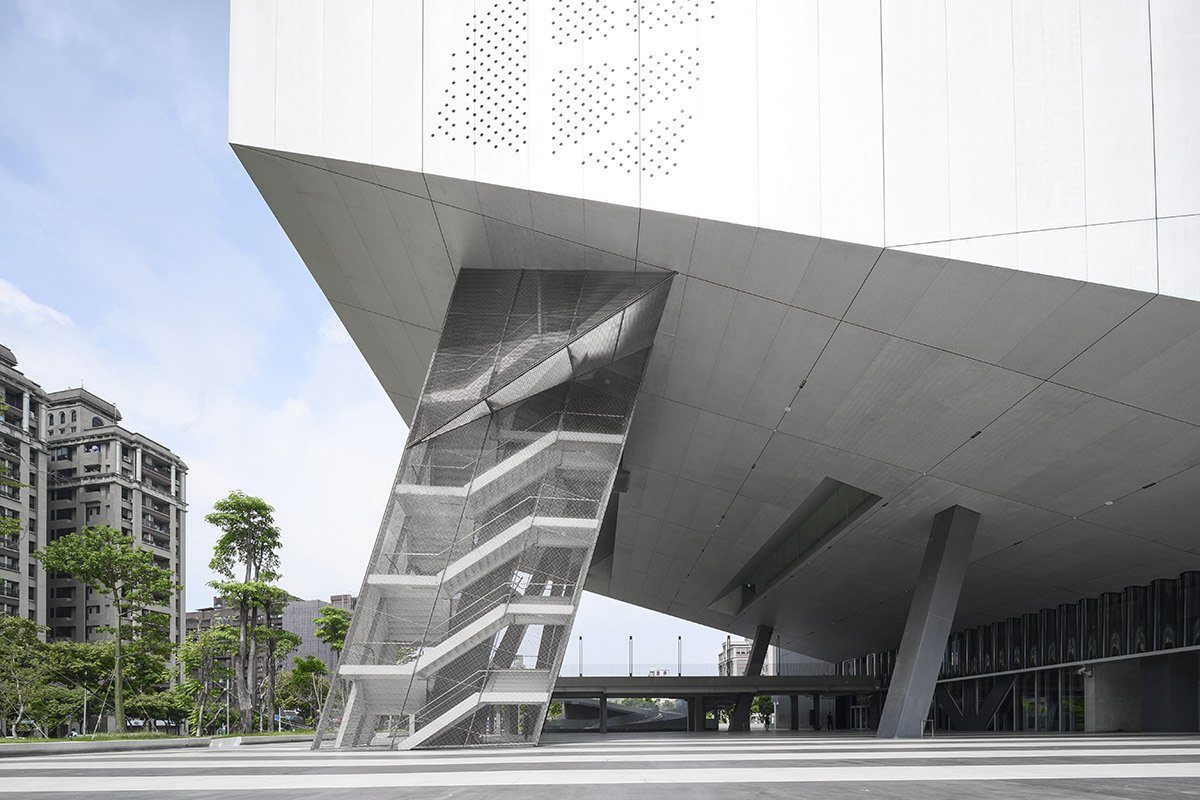 Visitors are invited to the building, with or without a ticket, through a Public Loop - which is another key component of the project - that runs through the theater’s infrastructure and production spaces often hidden from view.

Along the loop, visitors see portal windows that allow visitors to peer into performances and technical spaces between the theaters.

In an ambitious opening season, the center unveiled 37 productions utilise all three theatres, the Super Theatre, five additional non-theatrical spaces as well as venues off site. 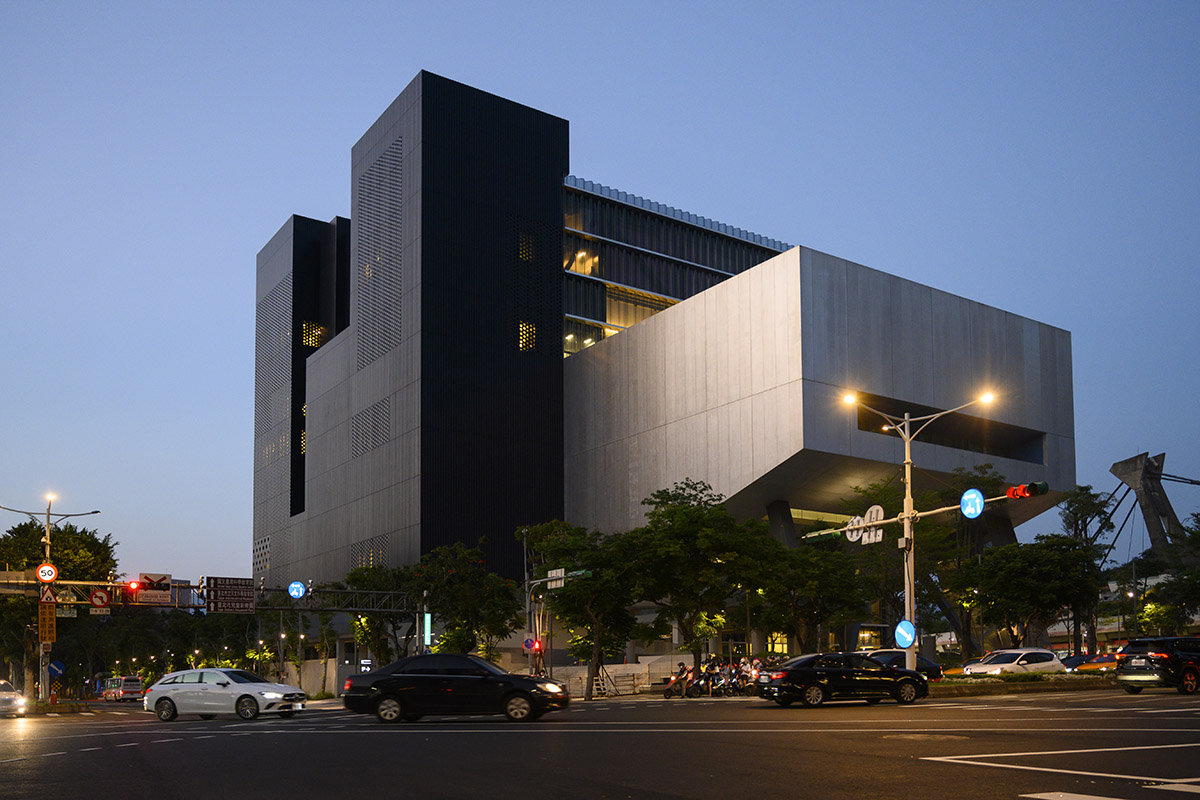 Alongside 37 productions, the center offers 142 performances in the spectacular new landmark of Taiwan’s capital city. It will become the epicenter of the island’s vibrant contemporary culture where no subject matter and technical demand is off limits.

The monumental 59,000-square-meter complex floats above the bustle of Taipei’s famous Shilin Night Market, renowned for its street life and as an international foodie destination. 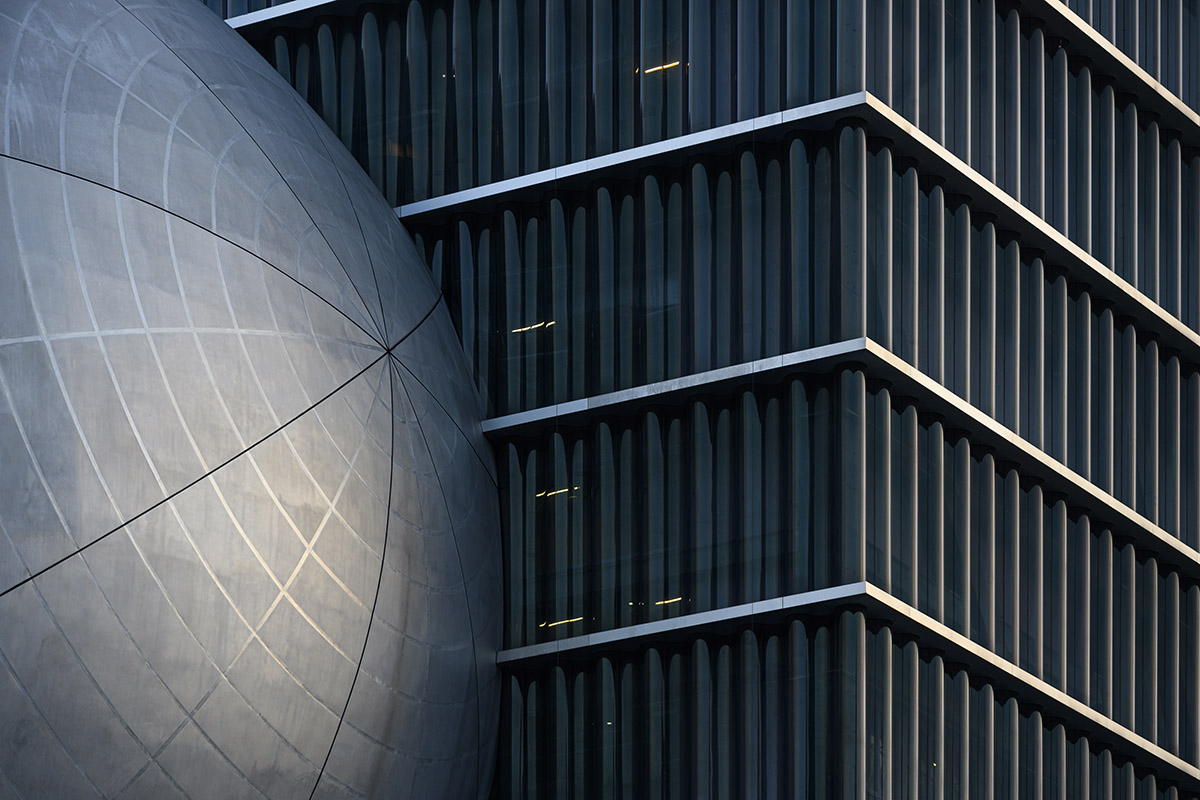 "Taipei is the most open and free metropolis in the Chinese speaking world, where artists can create without concern for censorship.  With freedom of expression as its foundation, Taipei Performing Arts Center has a mission to champion the multiplicity of voices in Taiwan," said Austin Wang, CEO of TPAC.

"In our opening season we present master artists, mavericks as well as a children’s festival where family across generations can experience the infinite variety of performing arts.  Despite challenges posed by the pandemic, we have been able to collaborate with artists from the UK, France, Hong Kong, the Philippines, Spain and Thailand – presenting theatre, dance, musicals, operas, symphonies, multi-media works and performance art."

"This body of work is a testament to the tenacity of Taiwanese artists and the technical prowess of the Center," Wang added. 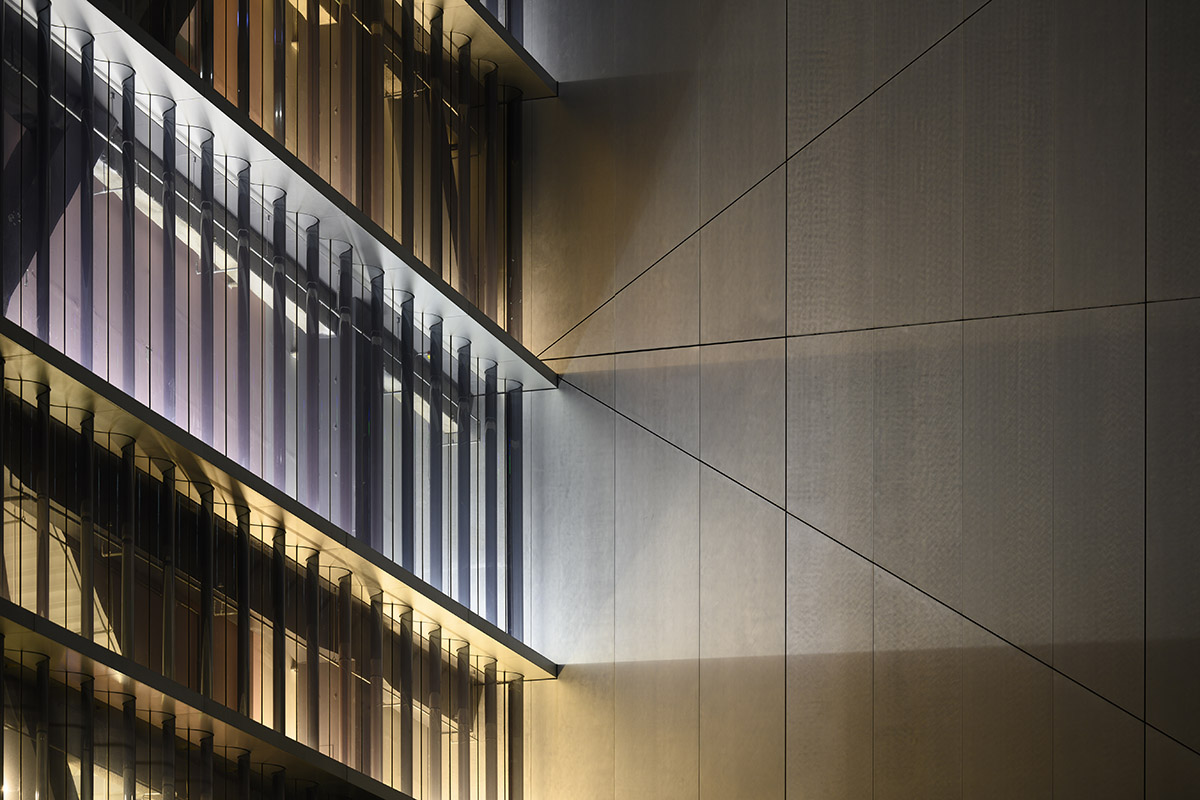 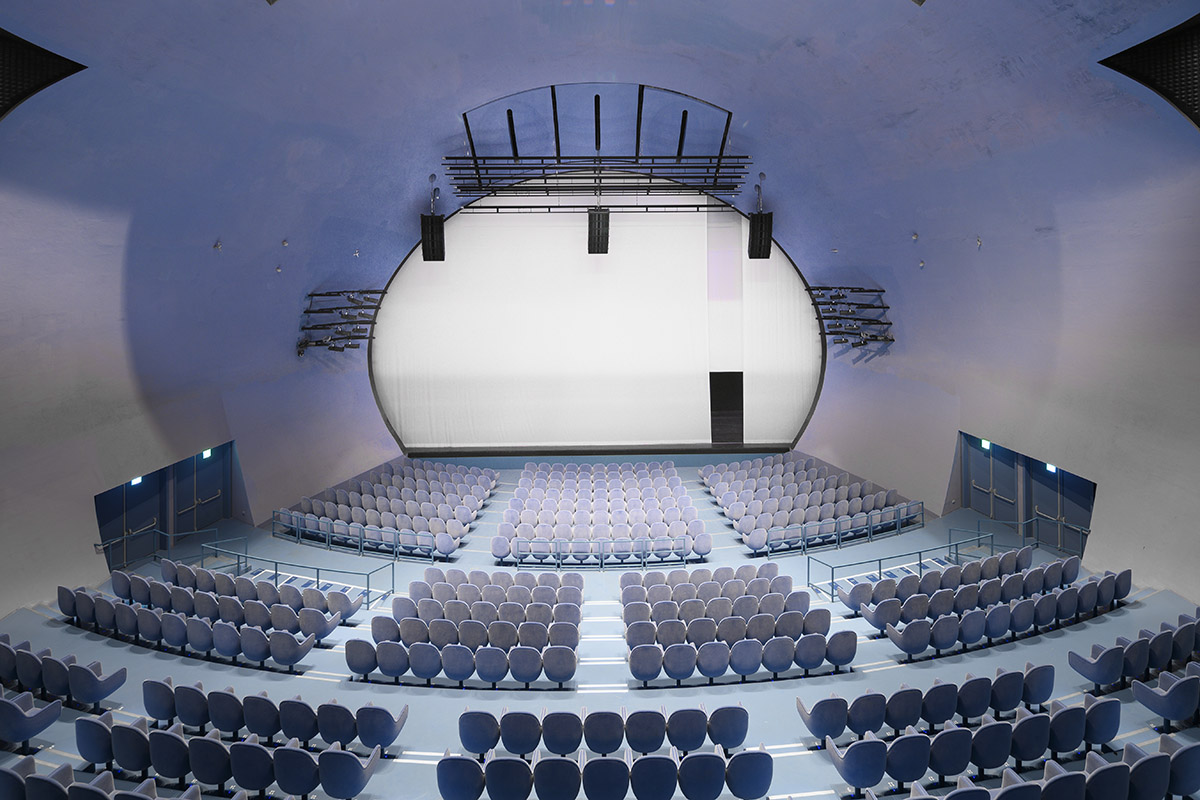 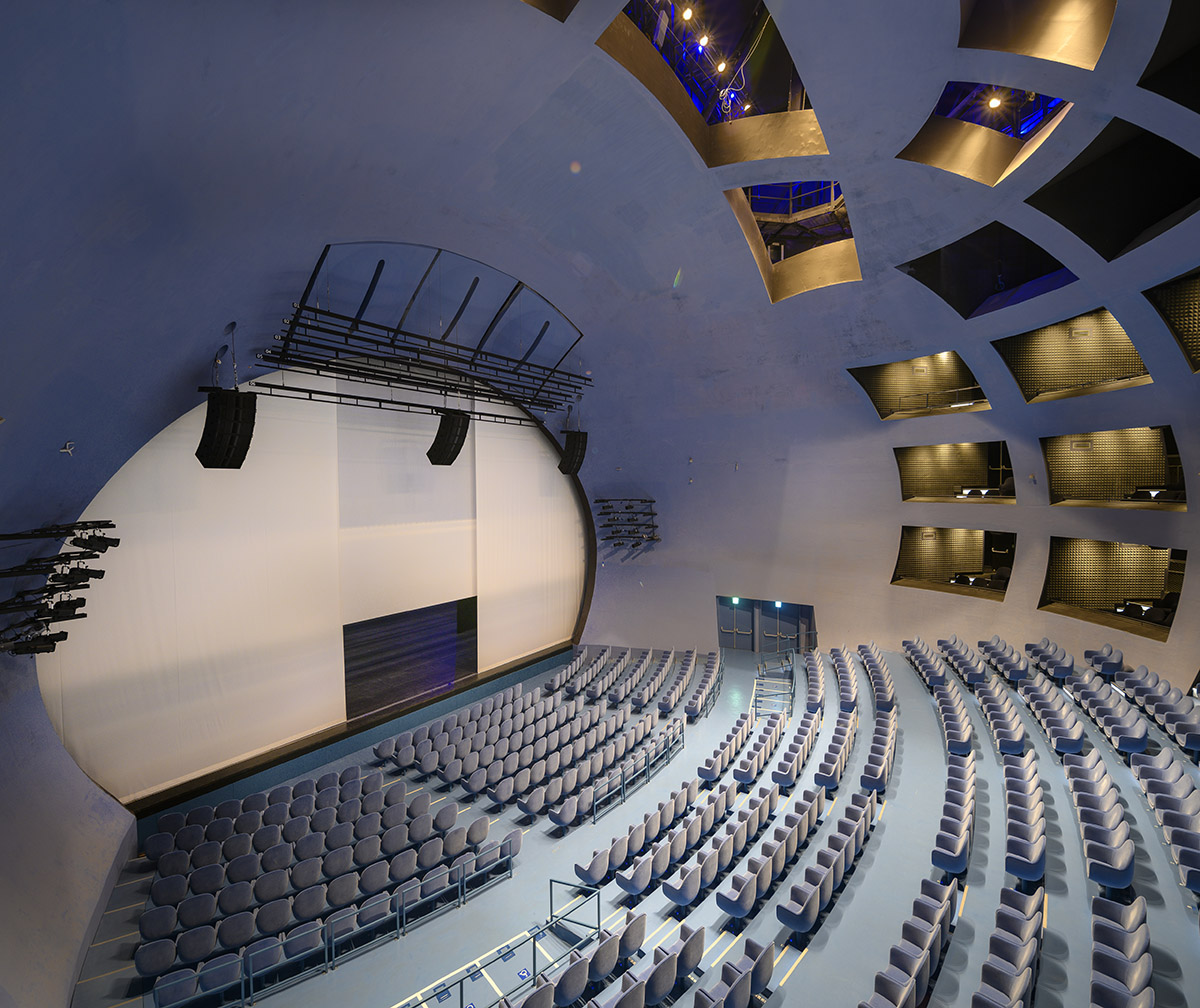 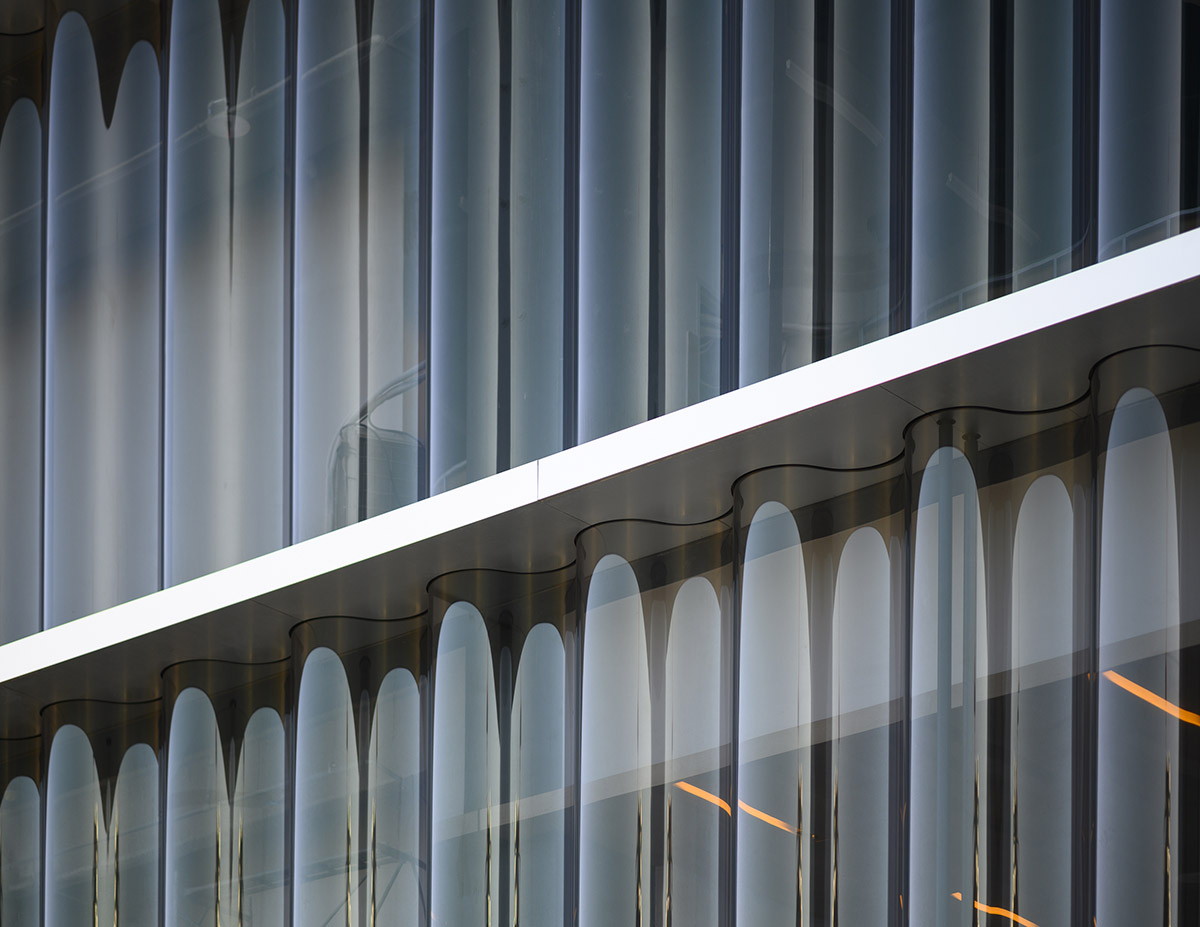 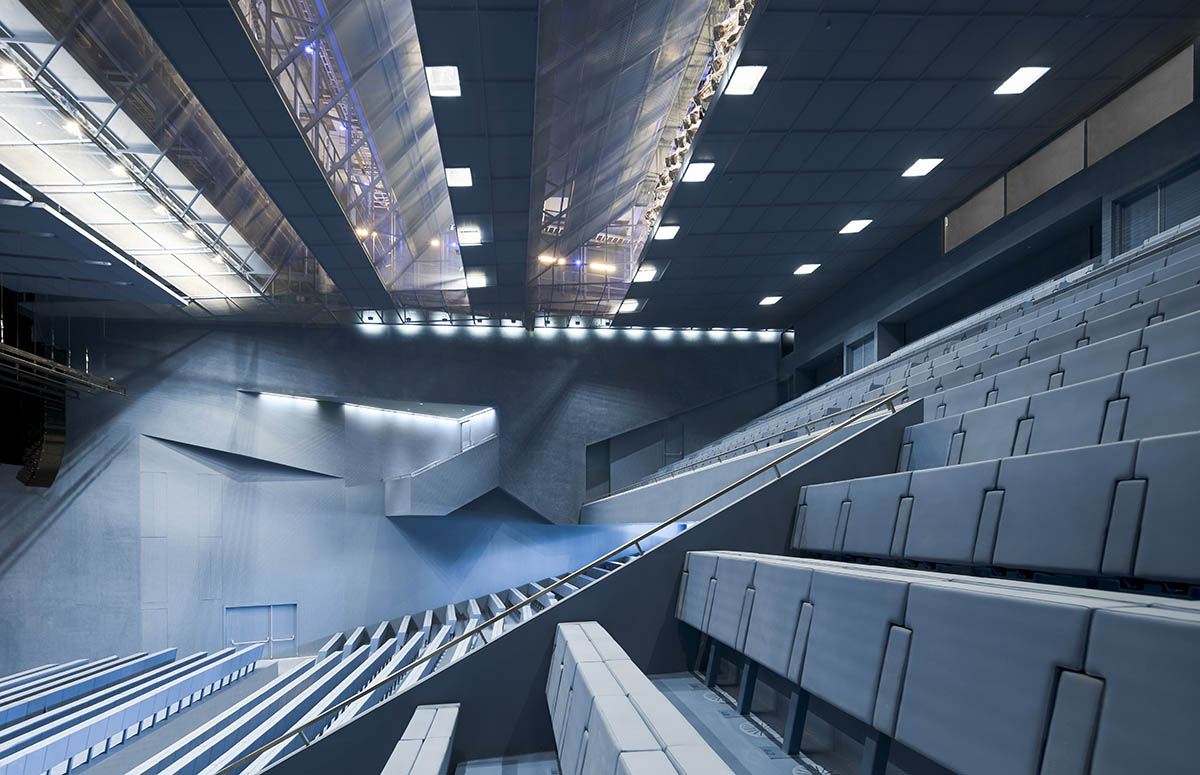 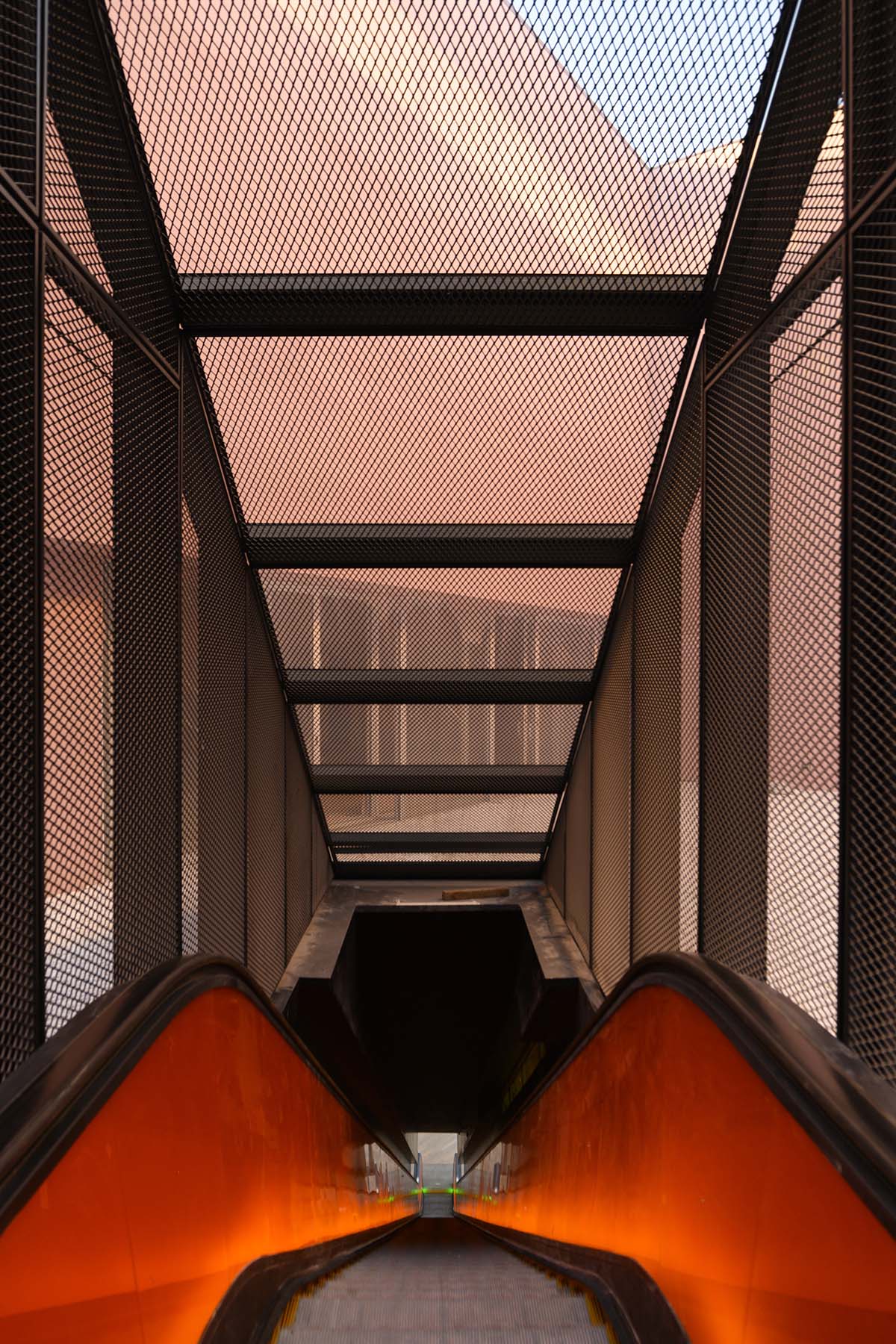 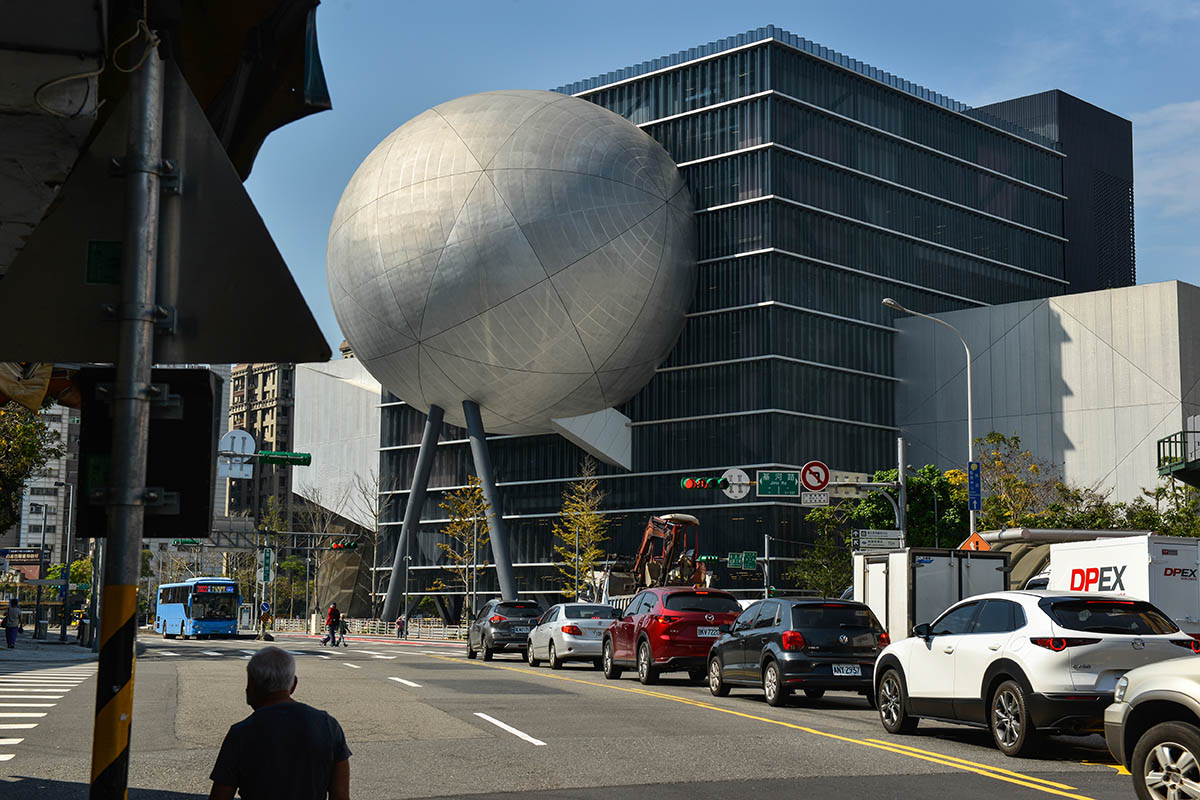 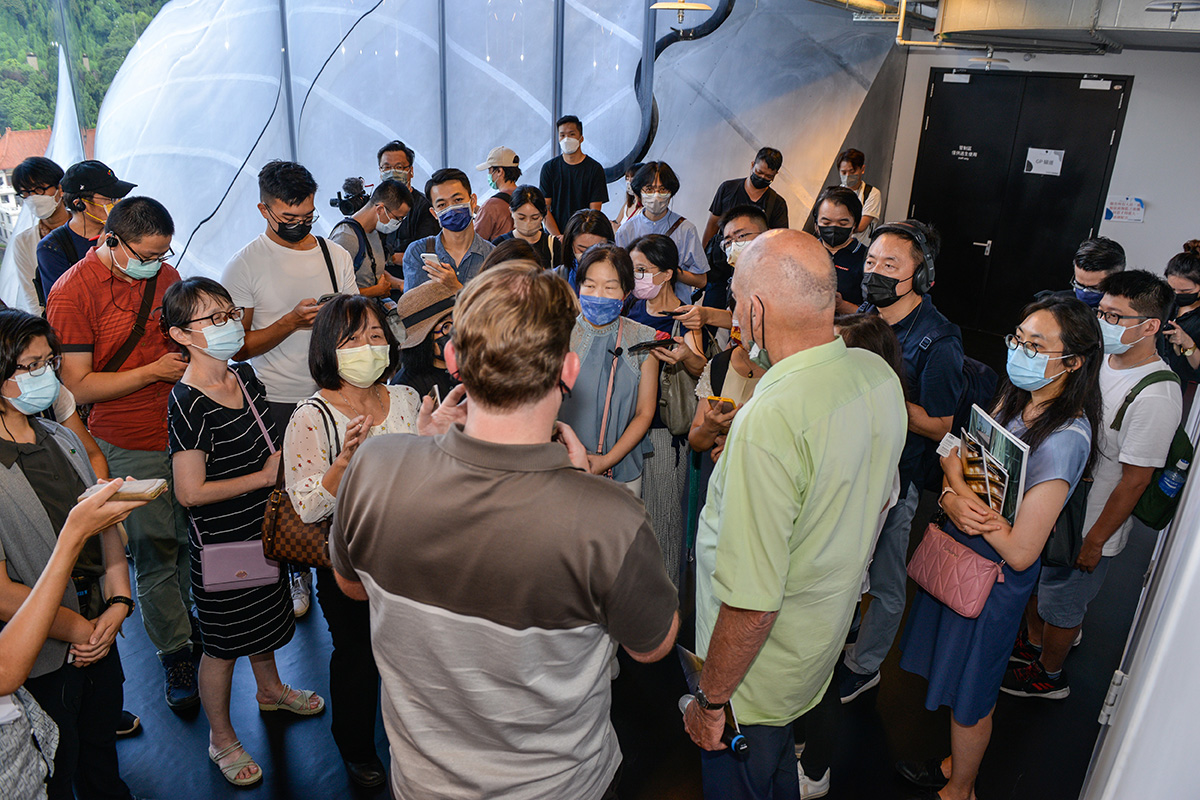 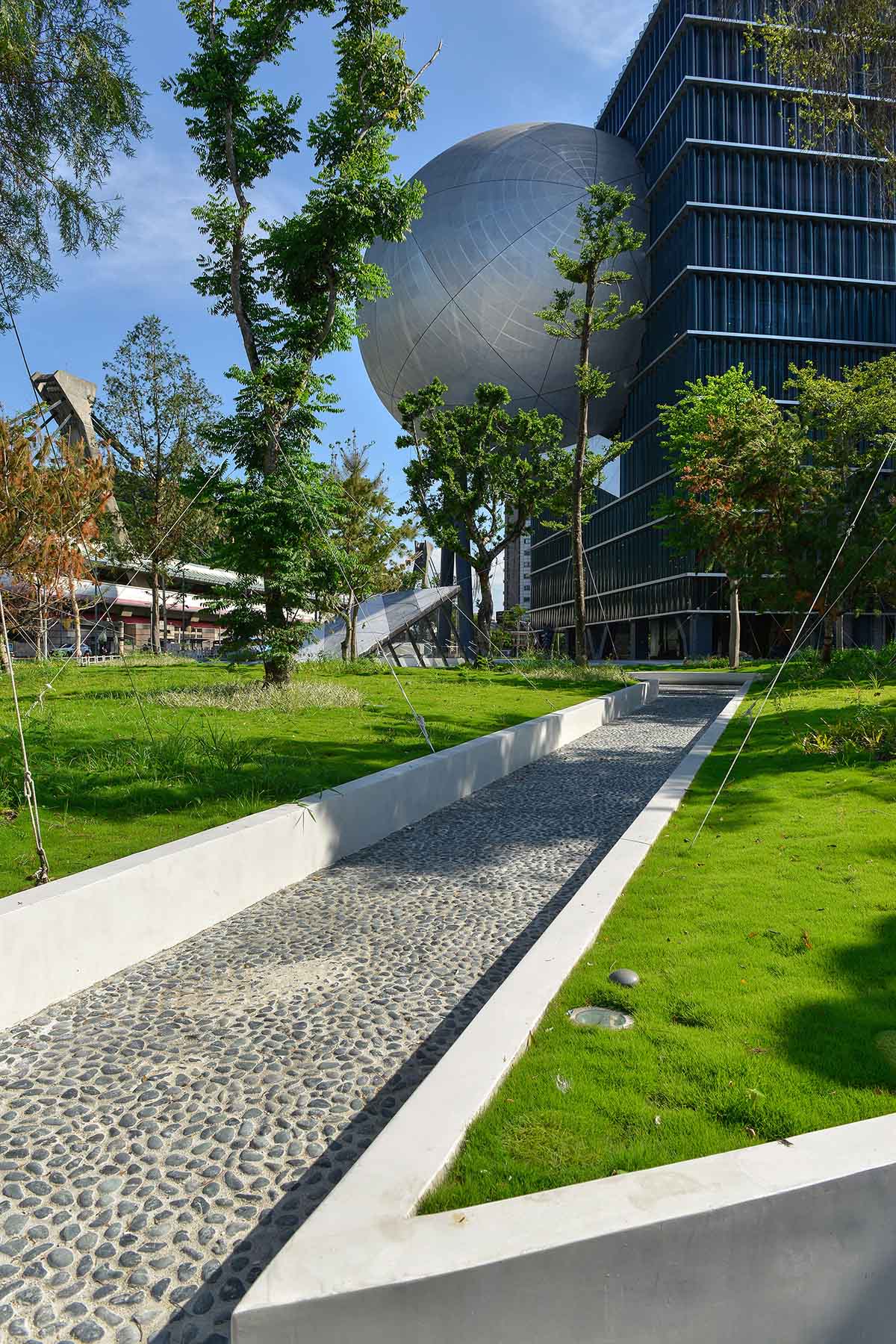 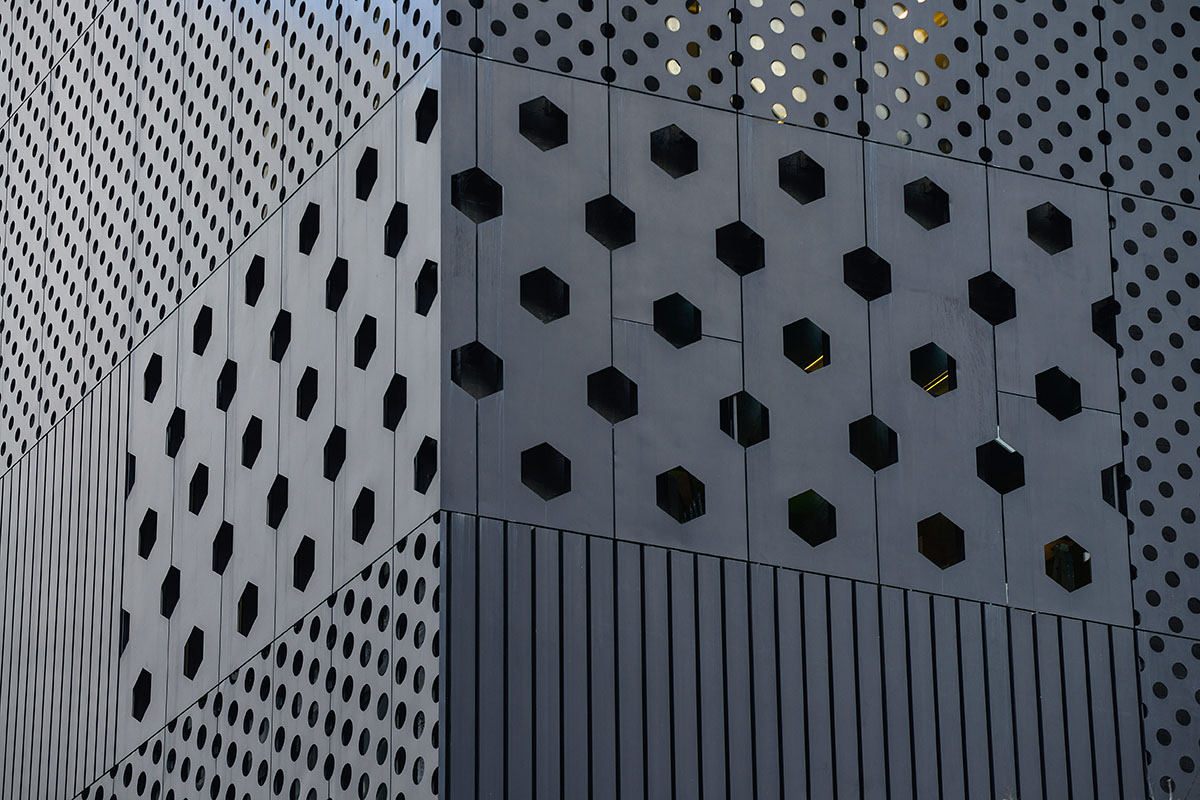 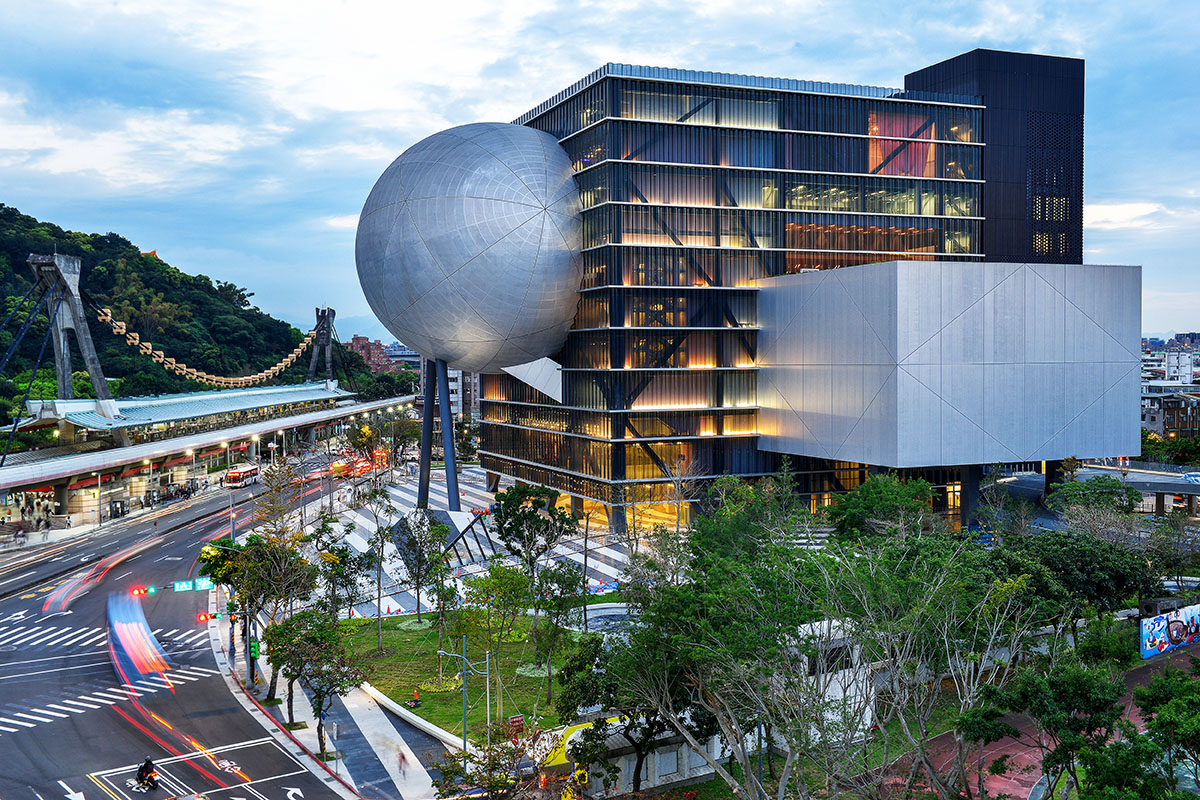 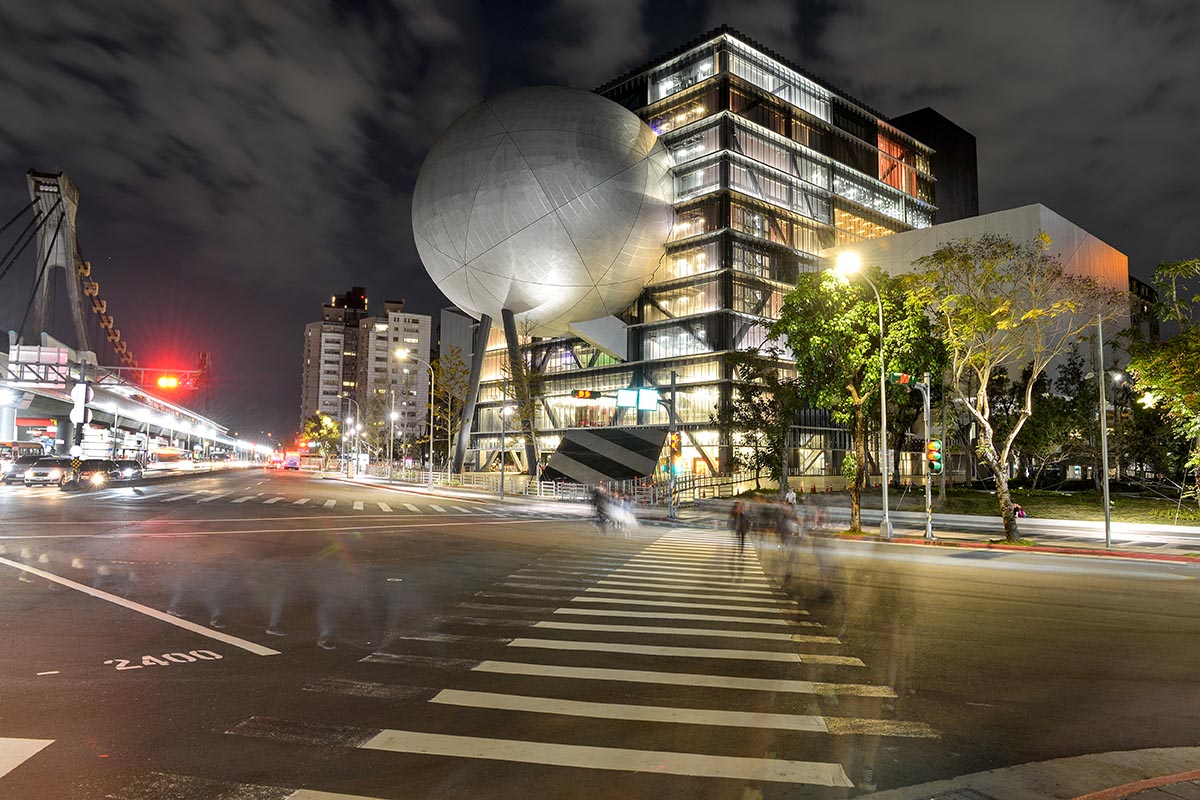 OMA won the design competition for Taipei Performing Arts Center in January 2009 and started construction in 2012. New photographs and updates were revealed in December 2021.

Office for Metropolitan Architecture (OMA) was founded in 1975 by Rem Koolhaas together with Elia Zenghelis and Zoe Zenghelis and Madelon Vriesendorp. The international practice operates within the traditional boundaries of architecture and urbanism.

Landscape Designer, Interior Designer: Inside Outside