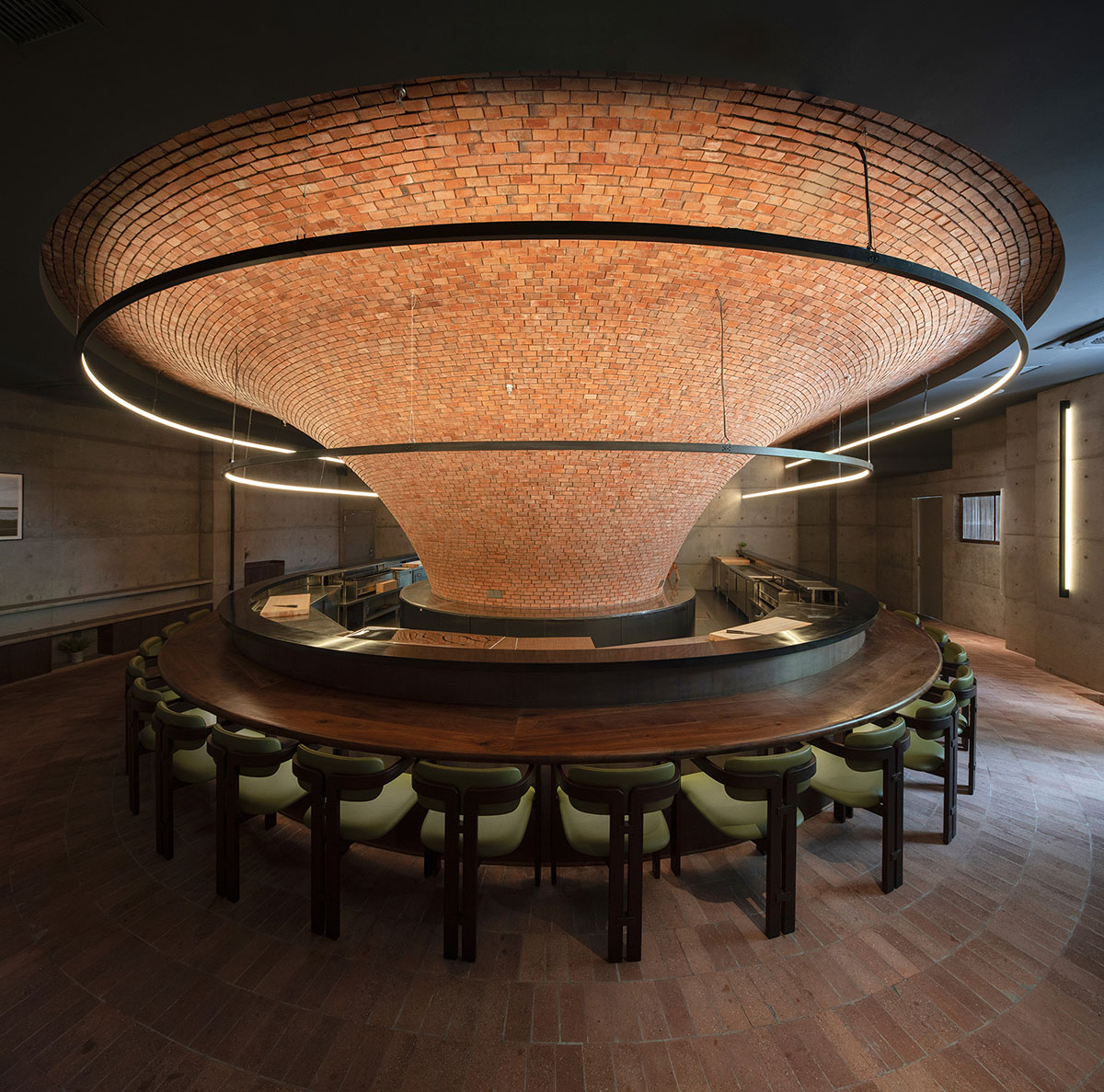 Food has always been an irreplaceable reality, influencing people's daily lives from the inside out and acting as a critical clue to reshaping commercial spaces.

The characteristics of the ingredients and cooking methods of each type of food and drink interact with the form of dining, combining many intrinsic factors to create a variety of dining experiences. In this project, bigER club design experimented with how Yakitori as a form of dining can be used to create the space. 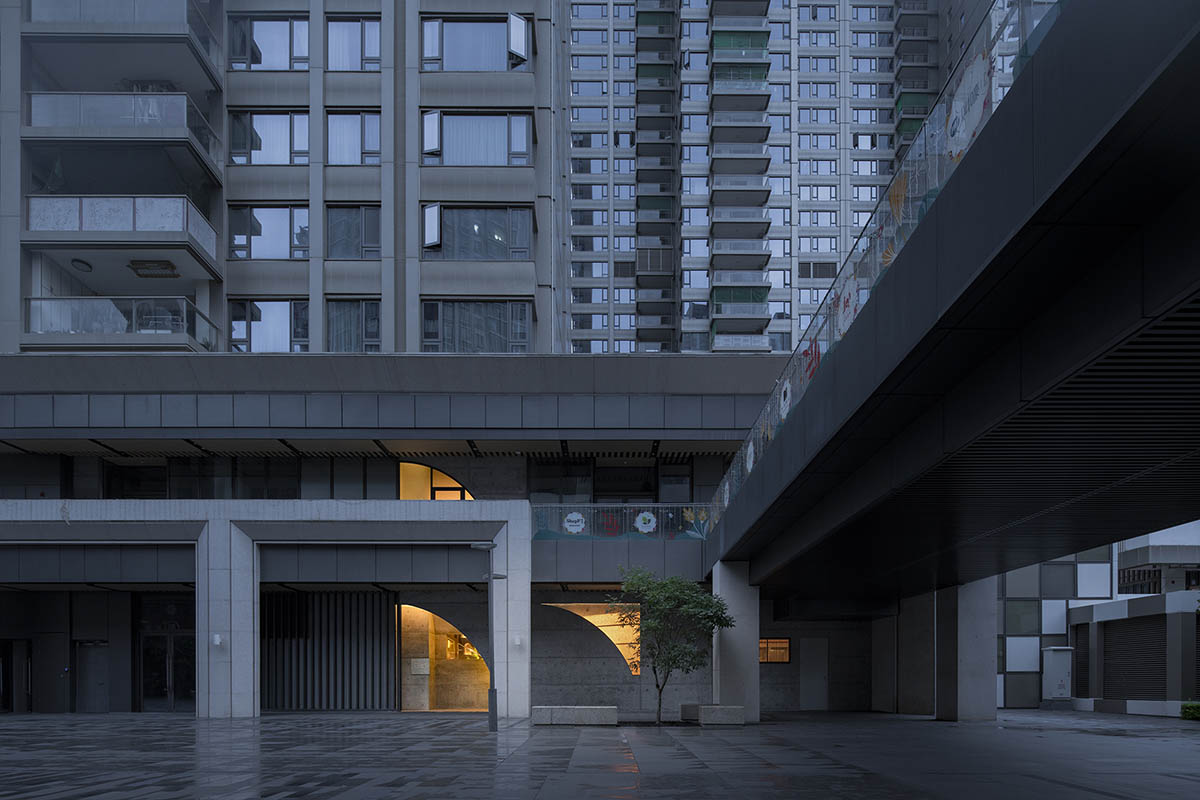 The "yakitori stalls" that populated the streets of Japan transformed into "yakitori restaurants", but what remained unchanged was their relaxing, urban atmosphere - listening to the crackling in front of a charcoal fire after work, and the warmth of the experience of drinking and eating in front of a crackling fire.

In recent years, Yakitori, once a subsidiary of Izakaya in China, has gradually become a branch of its own as consumption has escalated and become more segmented. 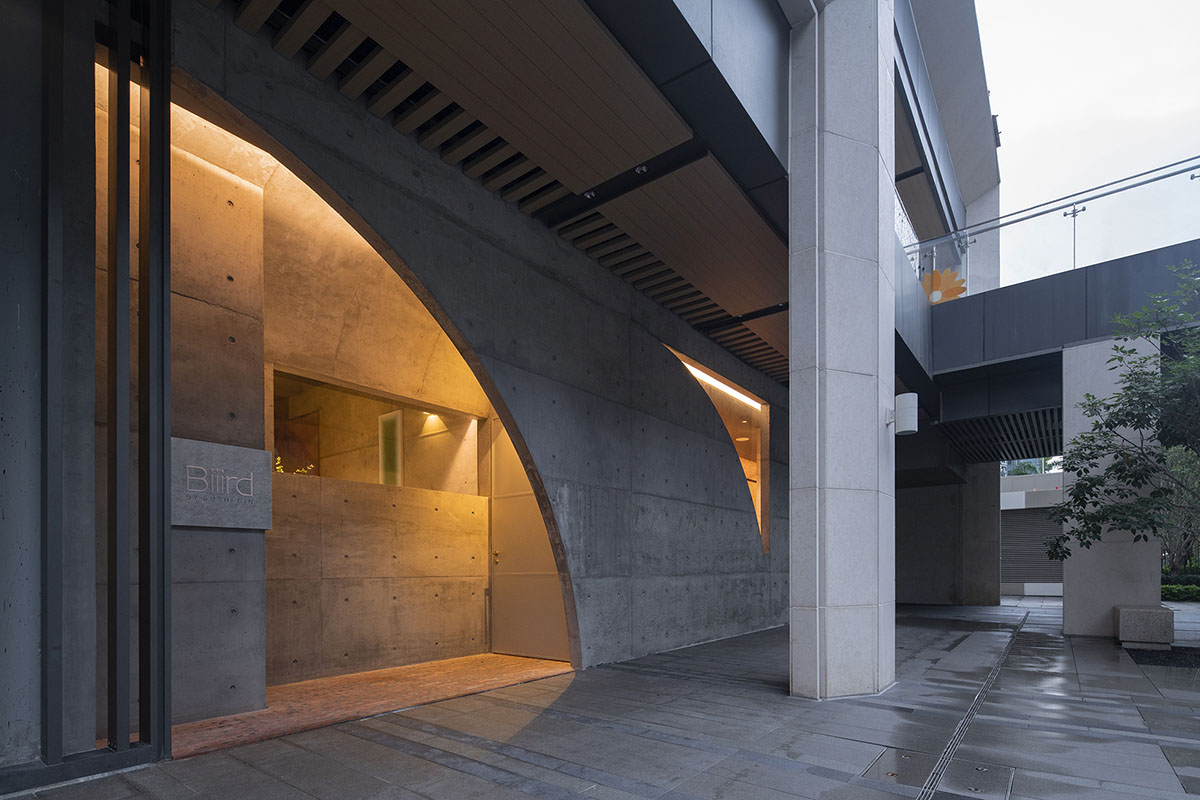 Food has always been an irreplaceable reality, influencing people's daily lives from the inside out and acting as a critical clue to reshaping commercial spaces. The characteristics of the ingredients and cooking methods of each type of food and drink interact with the form of dining, combining many intrinsic factors to create a variety of dining space typologies, developing a unique sense of "ritual" and even a particular dining culture.

For example, in the Chongqing hot pot and the Northeastern iron pot stew, the dining table (stove) and the pot itself take over some of the kitchen functions so that dining and cooking are intertwined between diners, creating a form of social interaction between users. 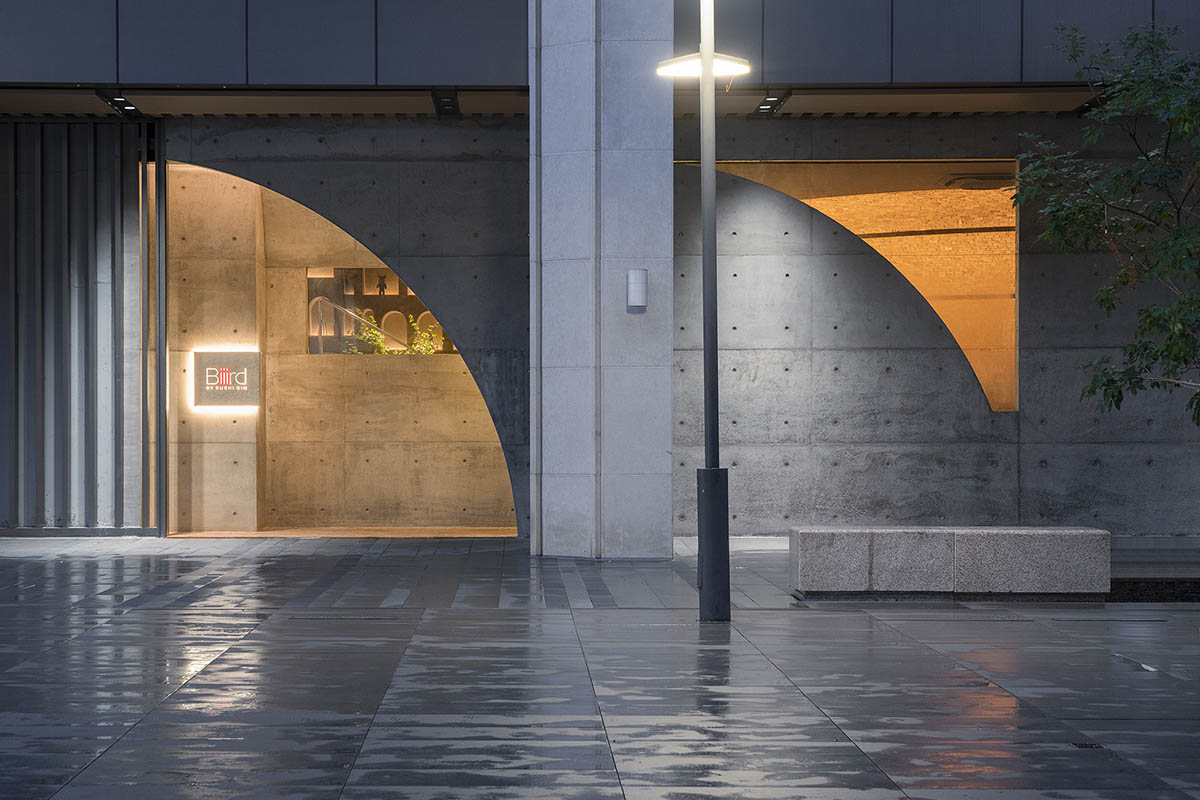 At Ichiran Ramen in Japan, seating is lined around the kitchen, with partitions separating diners. The spout in front of the seats is a direct extension of the kitchen, ensuring high quality and standardised production in "seconds". The partition can be removed if two people are travelling together, but this is not commonly done. The "no socialising, no eye contact" style of dining at a single table with a single dish allows people to finally settle down and concentrate on enjoying a bowl of ramen. 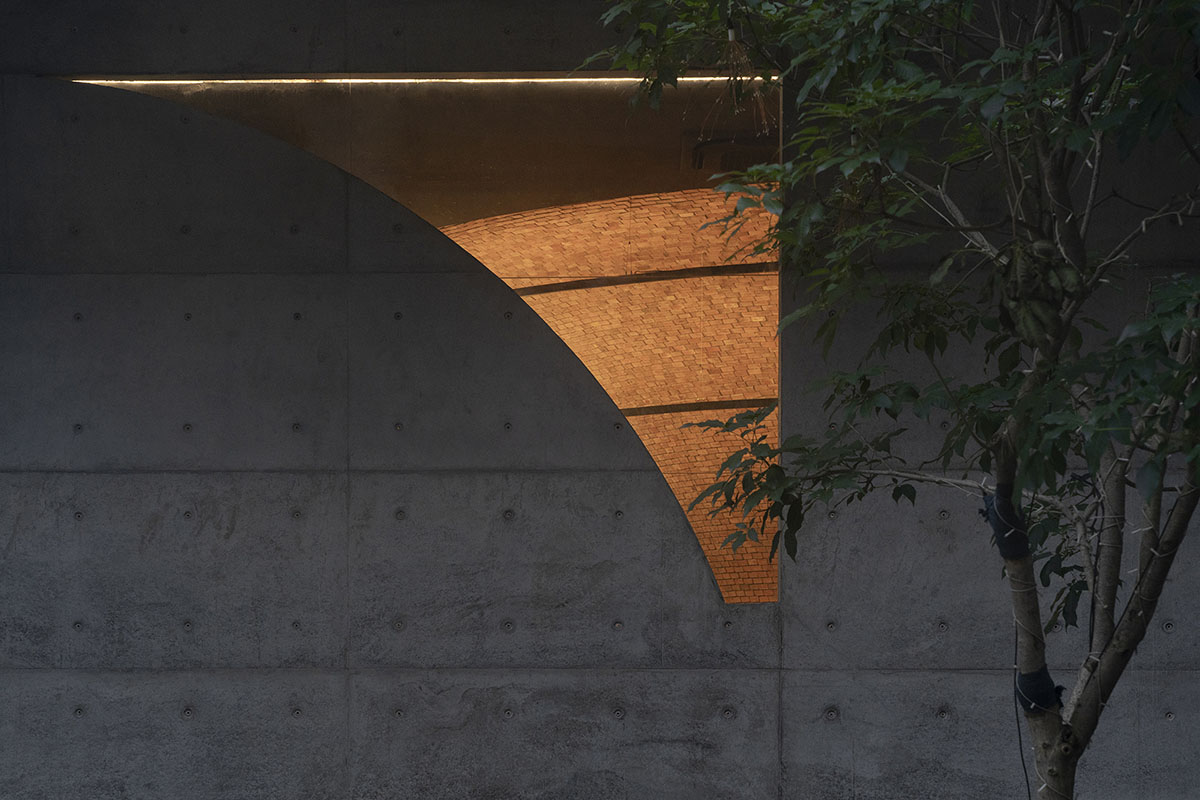 Biiird Japanese Yakitori, a sub-brand of Sushi Gin, is located on the first floor of Block 3 of SKY PARK. The bigER club design studio analyses the site with less than 300 square meters.

The design not only focuses on the space and materials but also experiments with how Yakitori as a form of dining can be used to create the space. 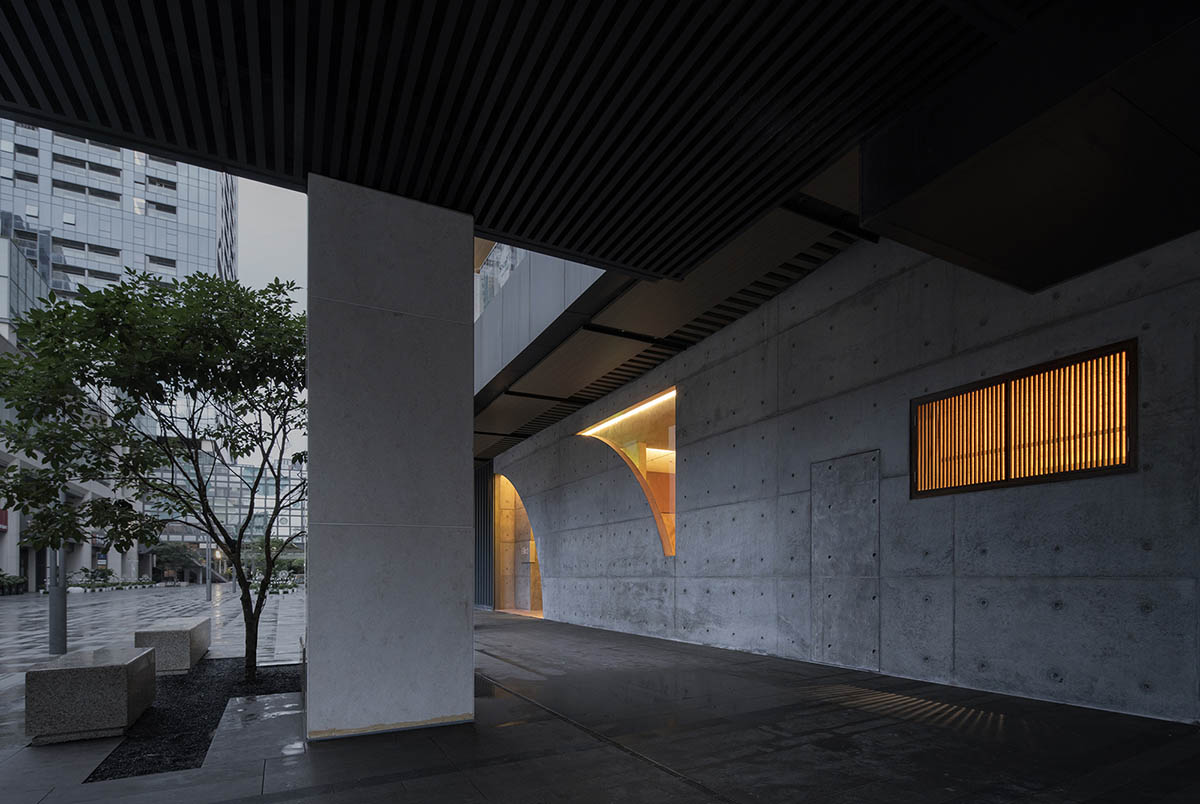 The commercial area where the site is located has a unified glazed façade providing a consistent sense of permeability to the space. The permeability created by the glass façade is interrupted by a row of inappropriately proportioned ornamental columns as one passes through the atrium of the commercial area.

Underneath the columns are individual spaces, with the entrances to the shops facing the same direction, neatly aligned but unrelated to the arrangement of the columns. Some of the entries face the corridors, resulting in a lack of space for the entrances, and the front door is only two metres wide as a junction between the halls and the shops. 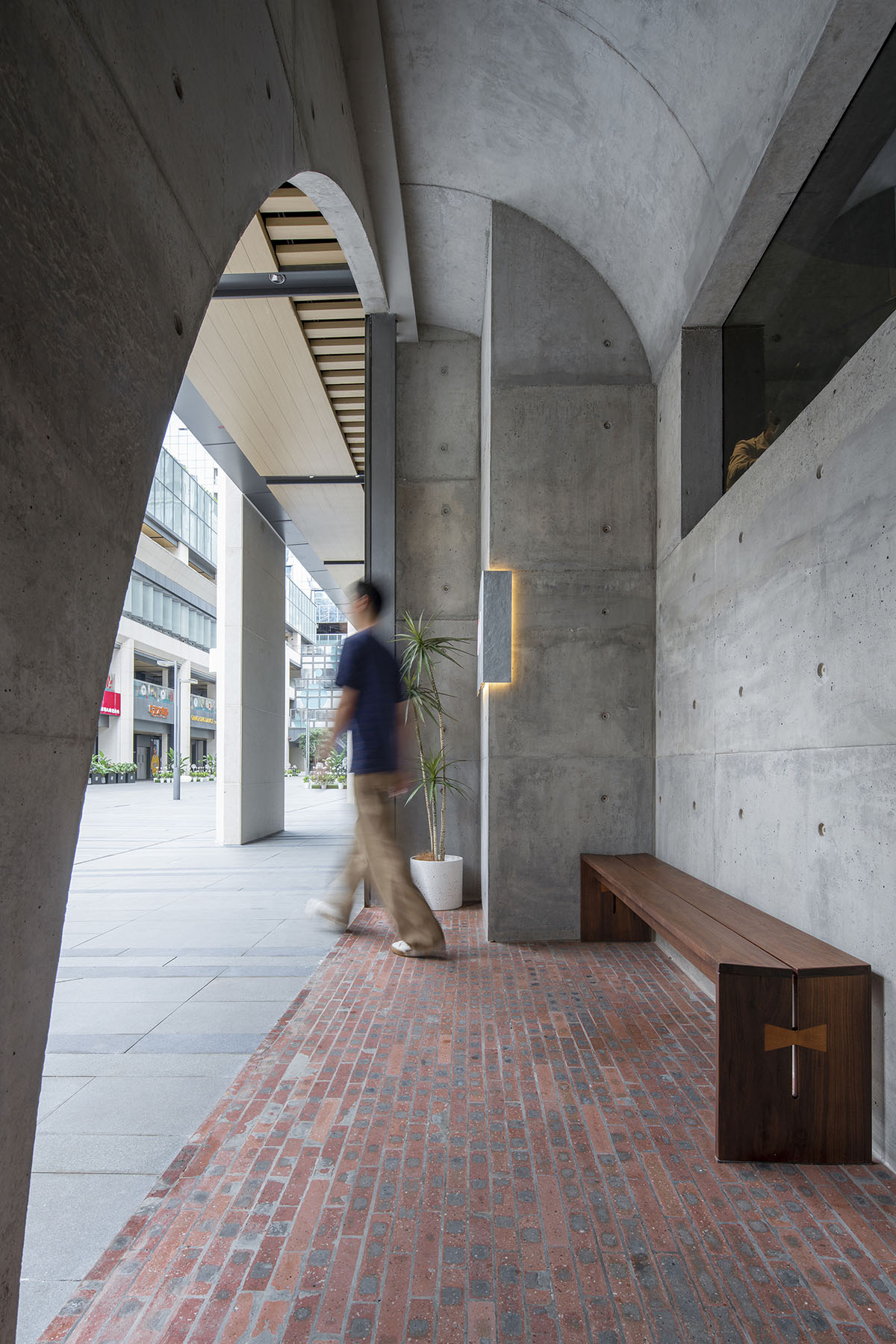 Step into the site, the design potential of the site (5m height) can be seen before shops 10 to 13 have been interconnected. The spatial connection was not simply by way of rows, but partly horizontally and partly up and down. There are open spaces and relatively separate spaces separated by a shear wall and connected only by a one-metre wide doorway. Even more, some of the spaces are double in height.

After knocking through the two 6m*12m shops, bigER club design was expecting an ample square space, but instead, they found a 500mm*500mm column in the middle of the square space. As the only separate column on the site, it not only divides the space but also dramatically affects the overall functional flow. 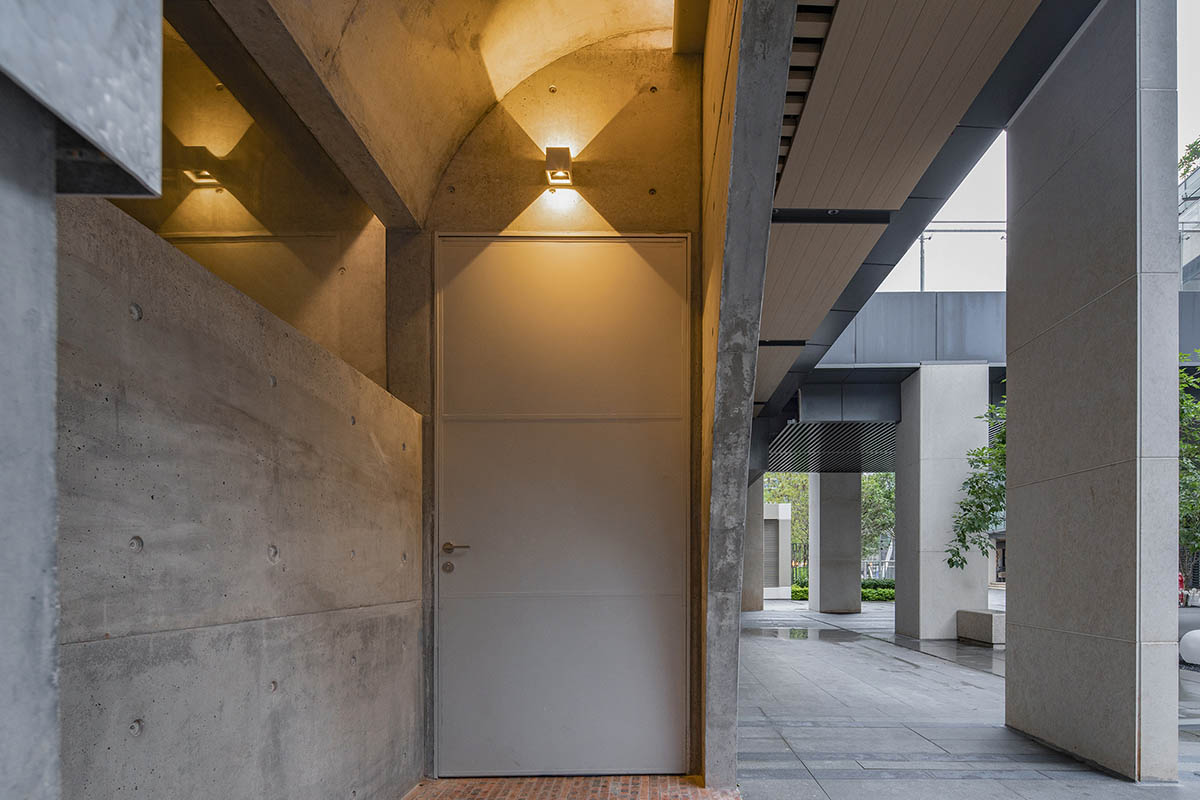 One of the design tasks was to have all the dining spaces in the form of a bar, which meant that the length of the bar determined the number of seats, so the design team experimented with various forms and possibilities of the bar to find the optimal solution. 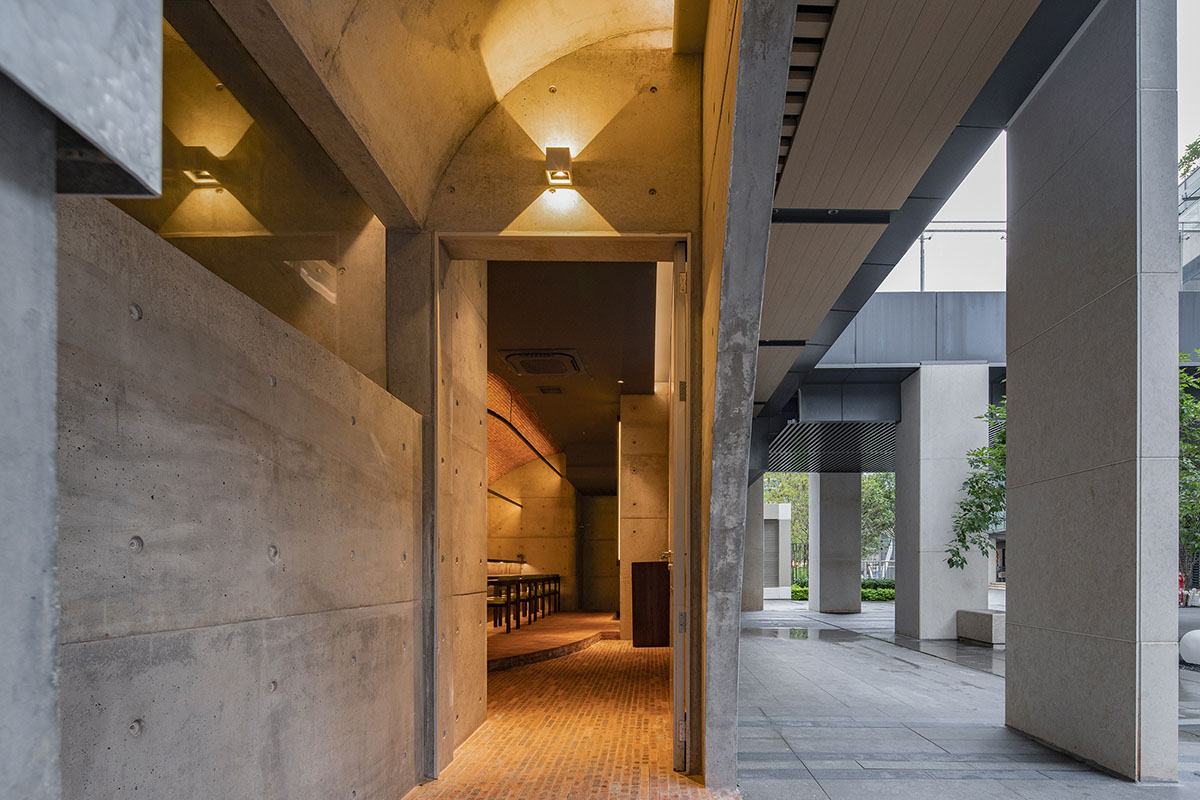 After analyzing the site conditions and functional requirements, bigER club design decided to place the dining area and kitchen in the ample space with the columns, with the dining area surrounding and wrapping the kitchen inwards. In contrast, the columns are tucked away in the kitchen. This avoids the abruptness of a column in the middle of the space and creates a continuous semi-ring space, thus increasing the visual continuity. More importantly, the efficiency between the kitchen and the dining area has been improved. 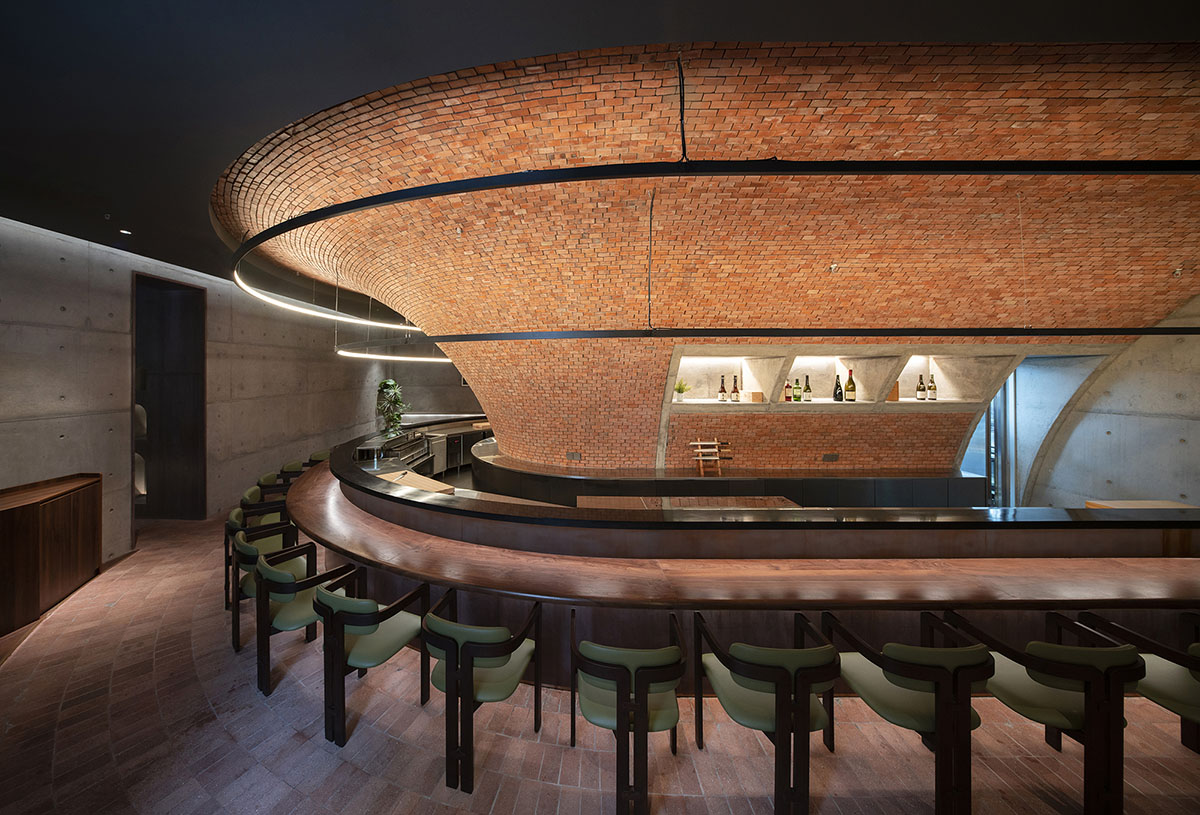 While satisfied with the main spaces' capacity and efficiency, the space's eastern side is almost completely covered by the two larger functional divisions of the kitchen and dining area. The remaining smaller service spaces such as toilets, storage rooms and staff changing rooms need to be cleverly mediated on-site and organically integrated into one multifunctional 'core' (infrastructure and circulation core) placed on one side.

At this point, the "design" is "done". bigER club design is not willing to stop at aesthetics, problem-solving and efficiency. Private spaces may be able to release a certain degree of social properties (publicness) through some strategy. 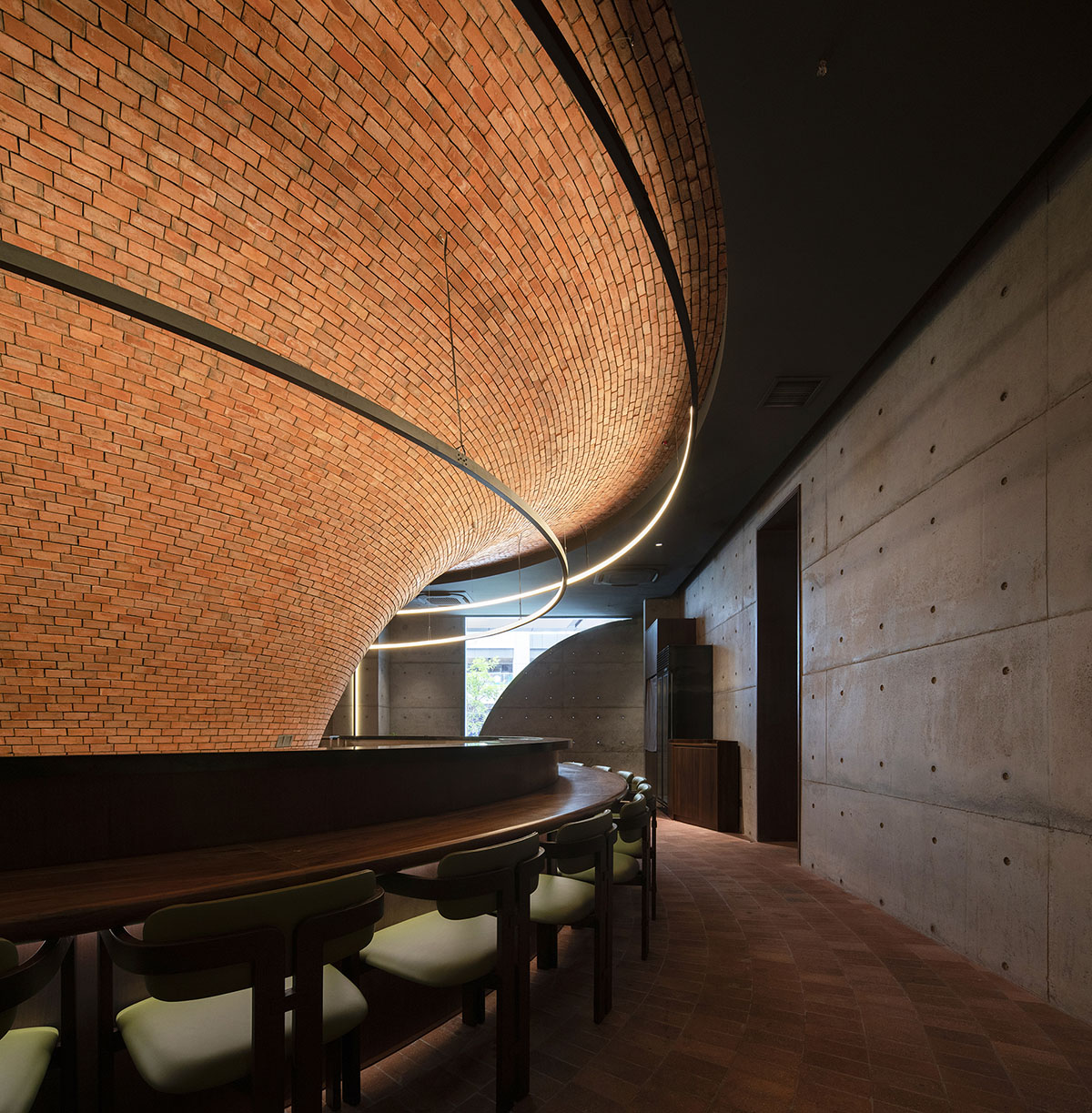 Talking about some "doctrine"

By dividing the central functional spaces, the dining area and the "core" are independent of each other but partially connected, thus creating a more "interesting" residual space in an organised way. Regarding spatial possibilities, bigER club design has attempted to reactivate some of the remaining space during non-dining hours, perhaps as additional social spaces and exhibition spaces.

Spatial forms often reflect social forms, as well as the relations of production and underlying logic at a particular stage. The relationship between people and space, people and people, people and things, is constantly being reconfigured with the spatial empowerment of consumption and entertainment through the internet. 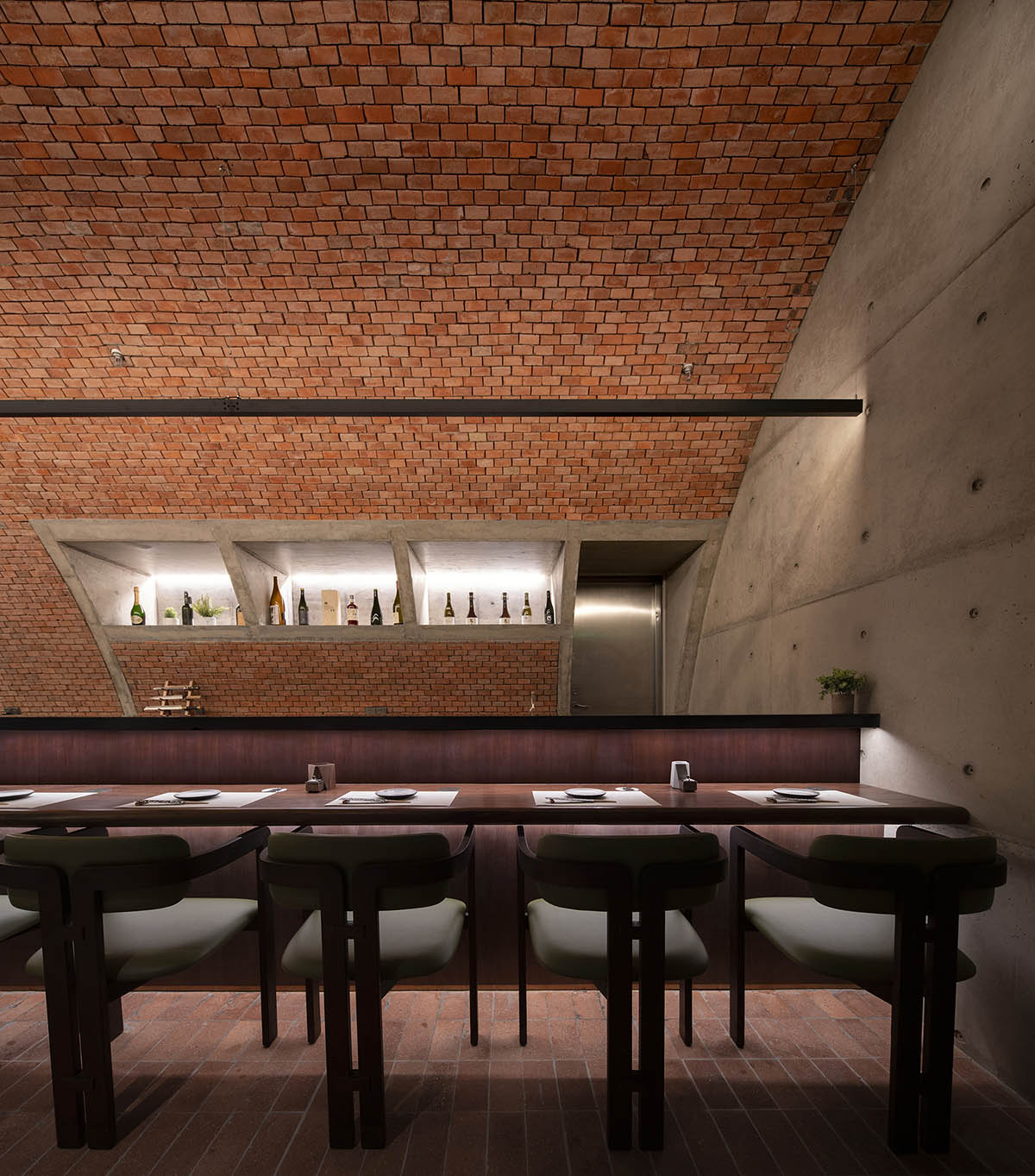 When achieved with some success, this satisfaction can lead to experience and the exploration of the 'new' being limited by specific popular contexts. As a typical contradiction in commercial space, we had to respect the commercial logic and solve the problem while discussing some "doctrine". 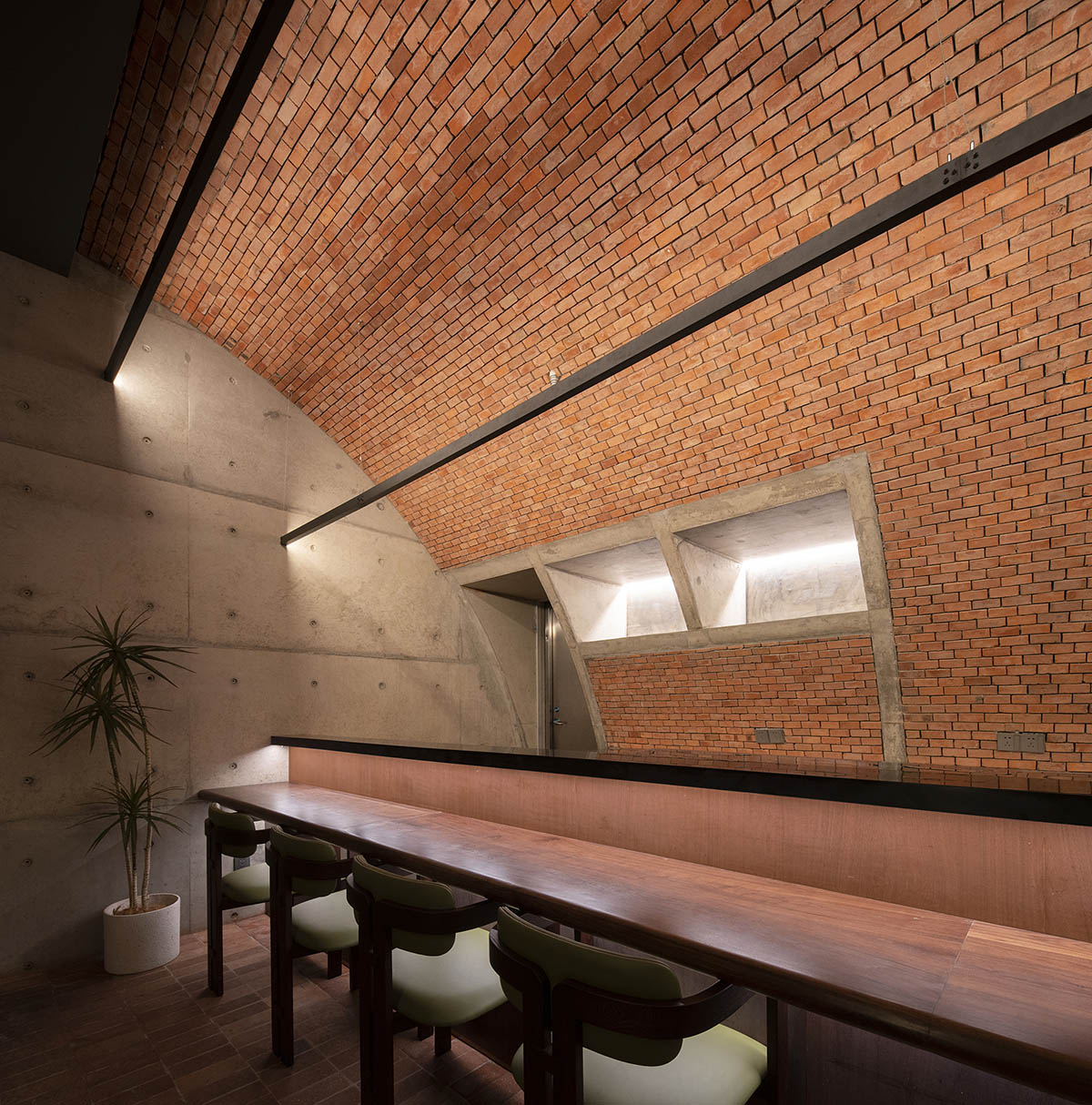 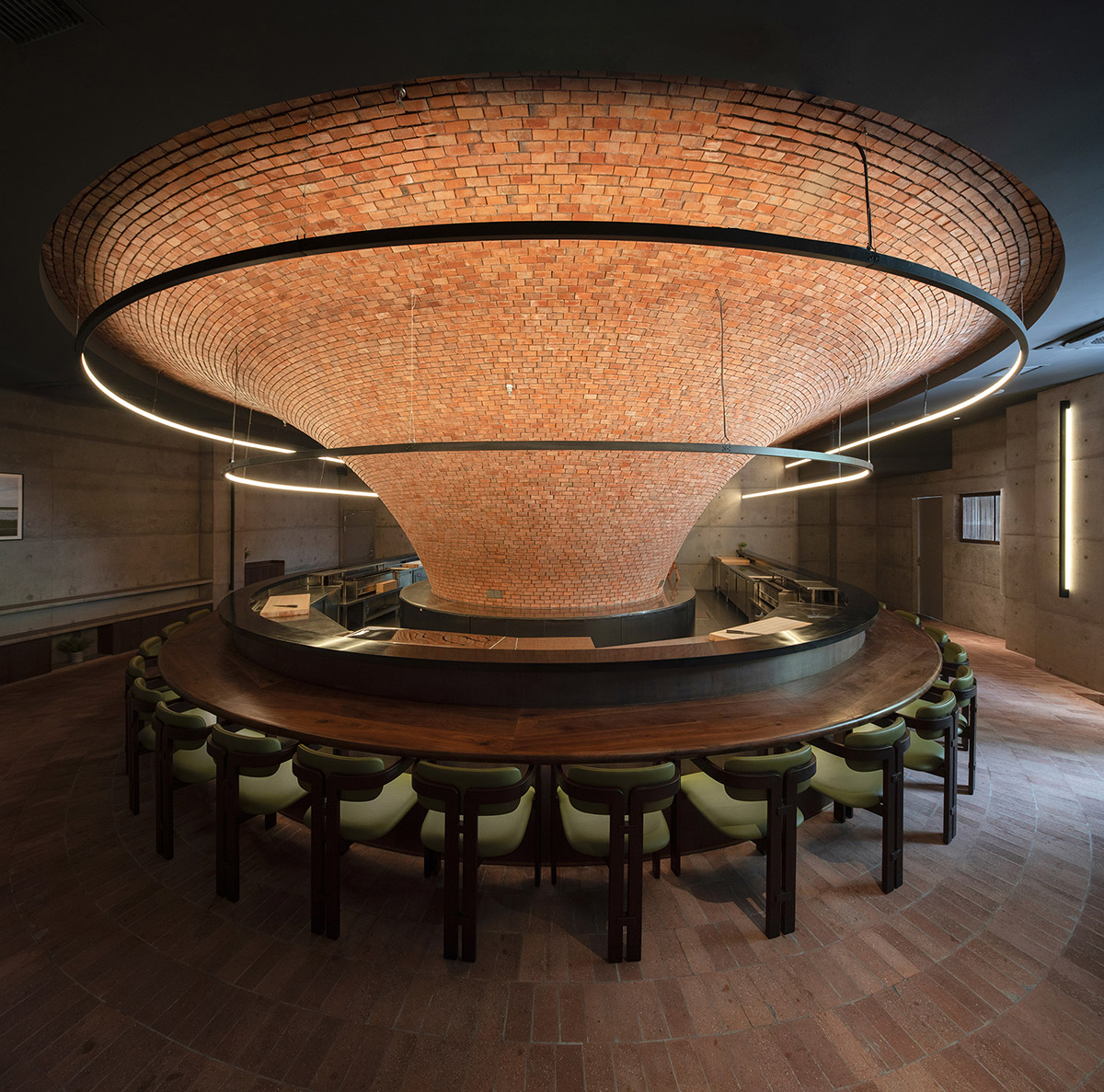 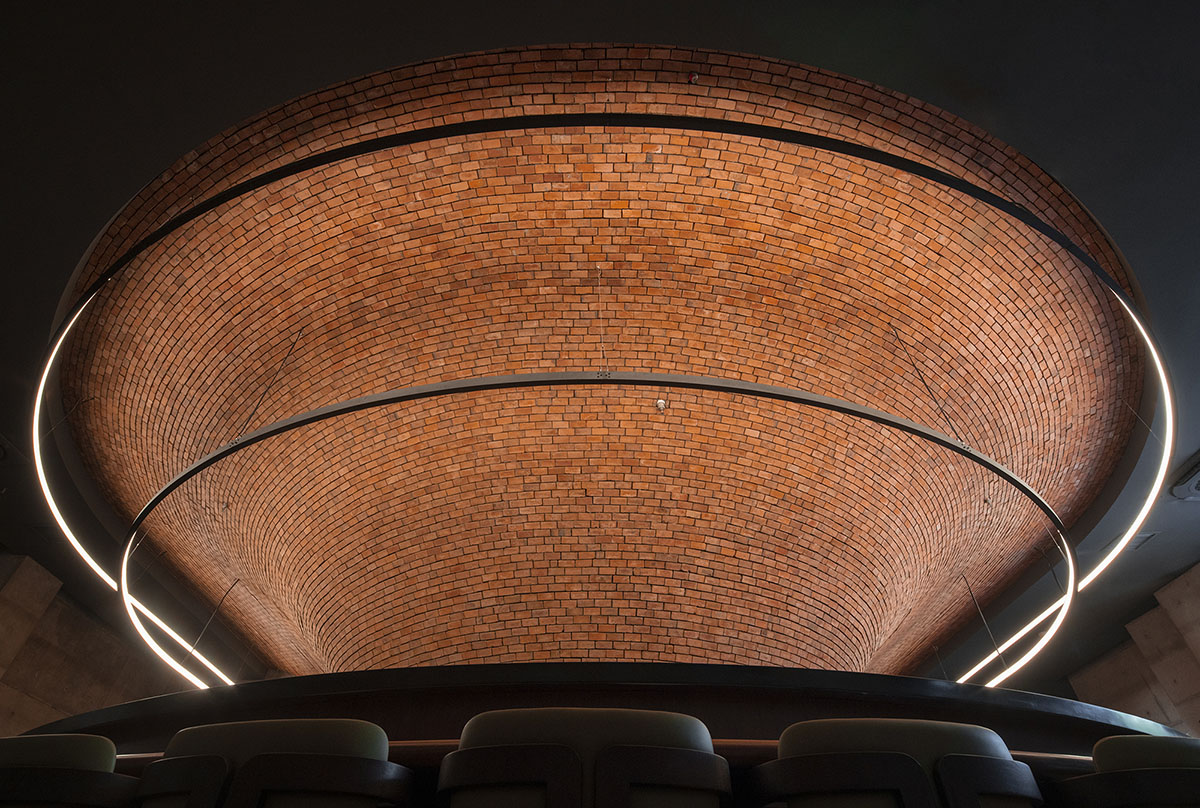 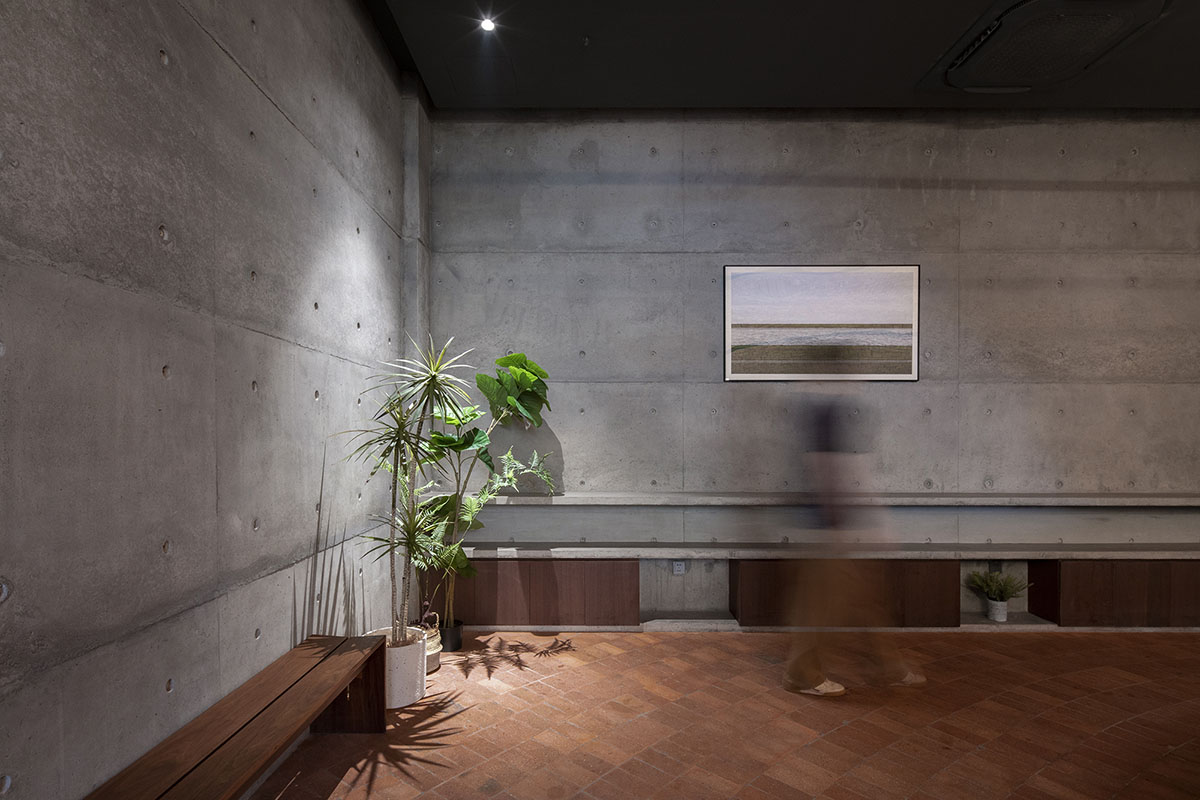 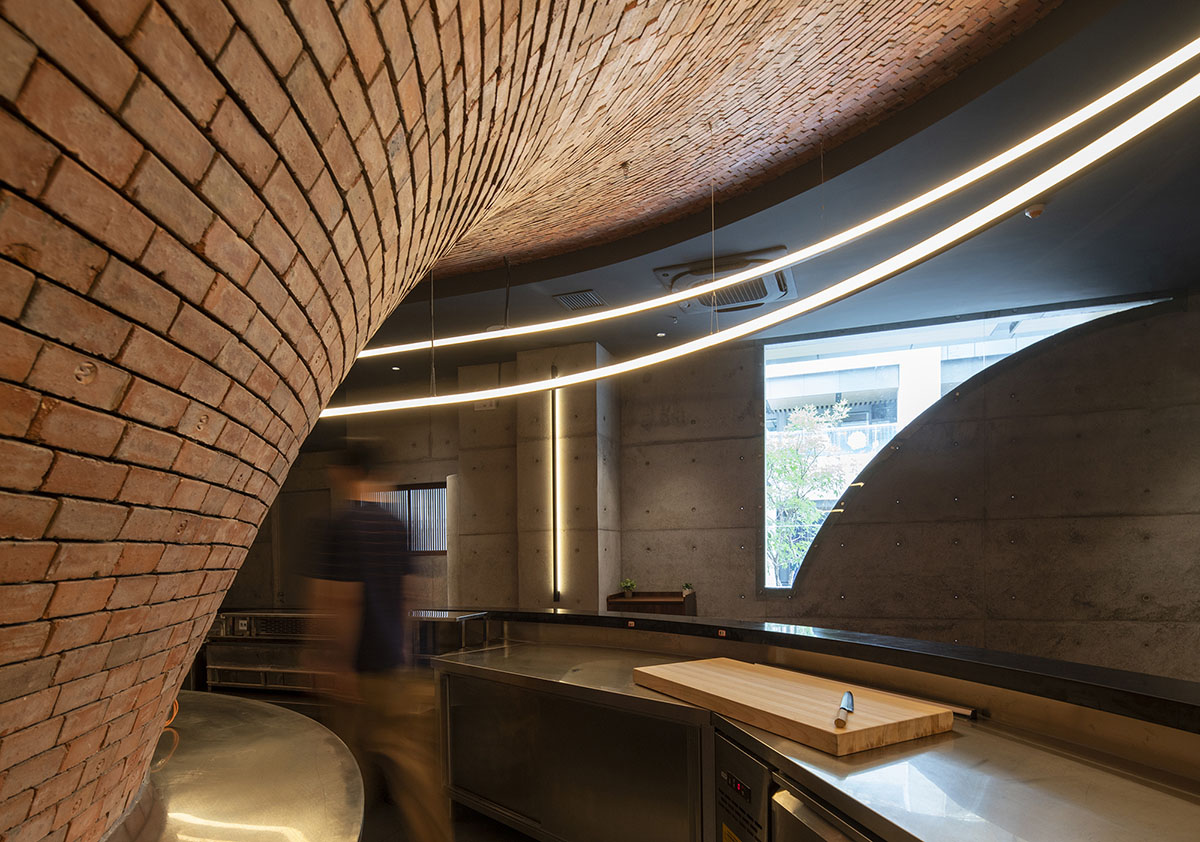 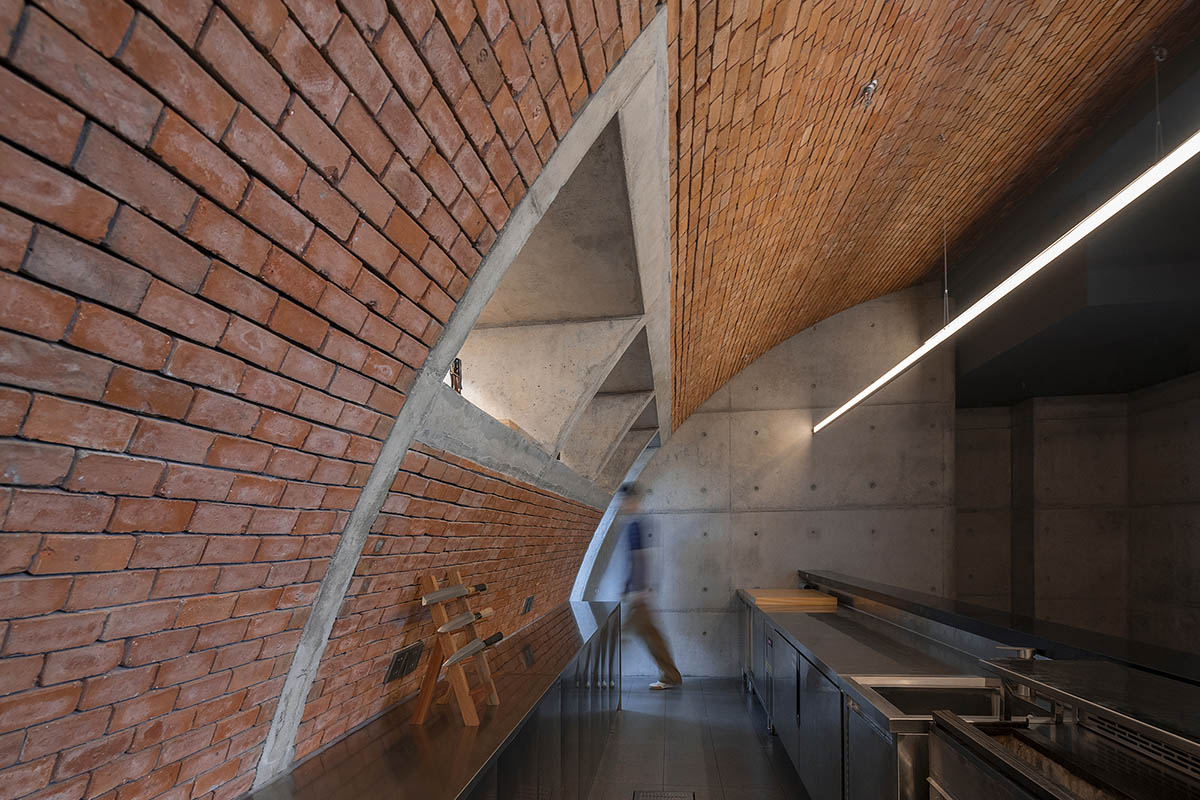 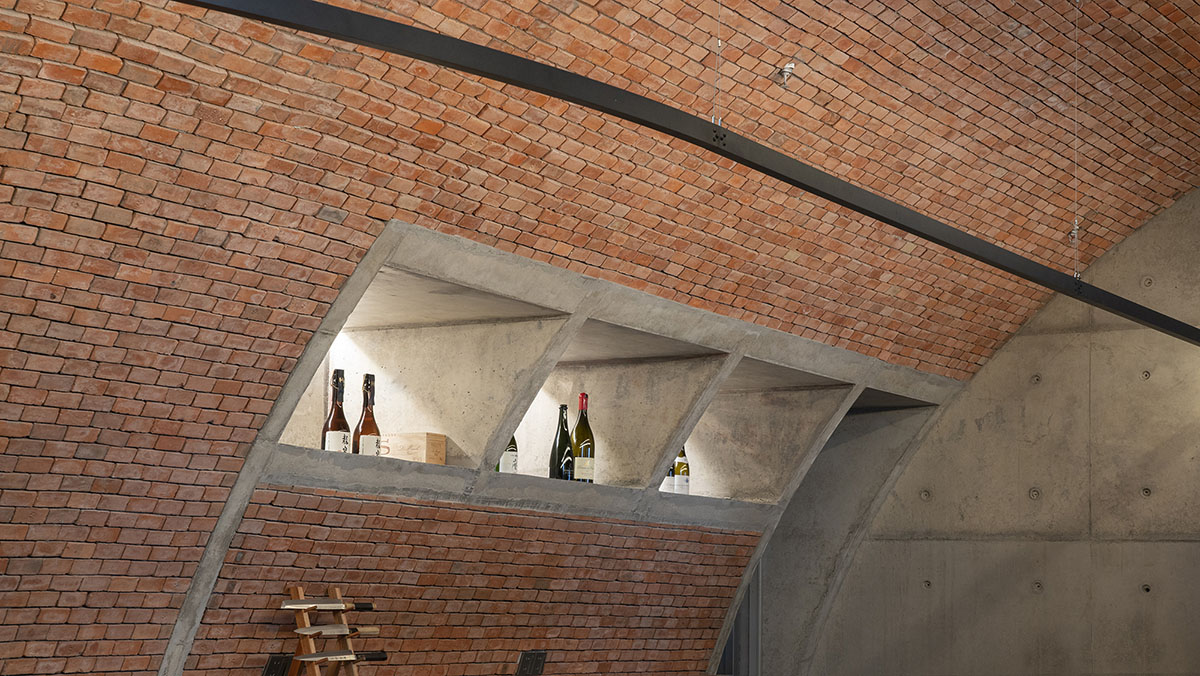 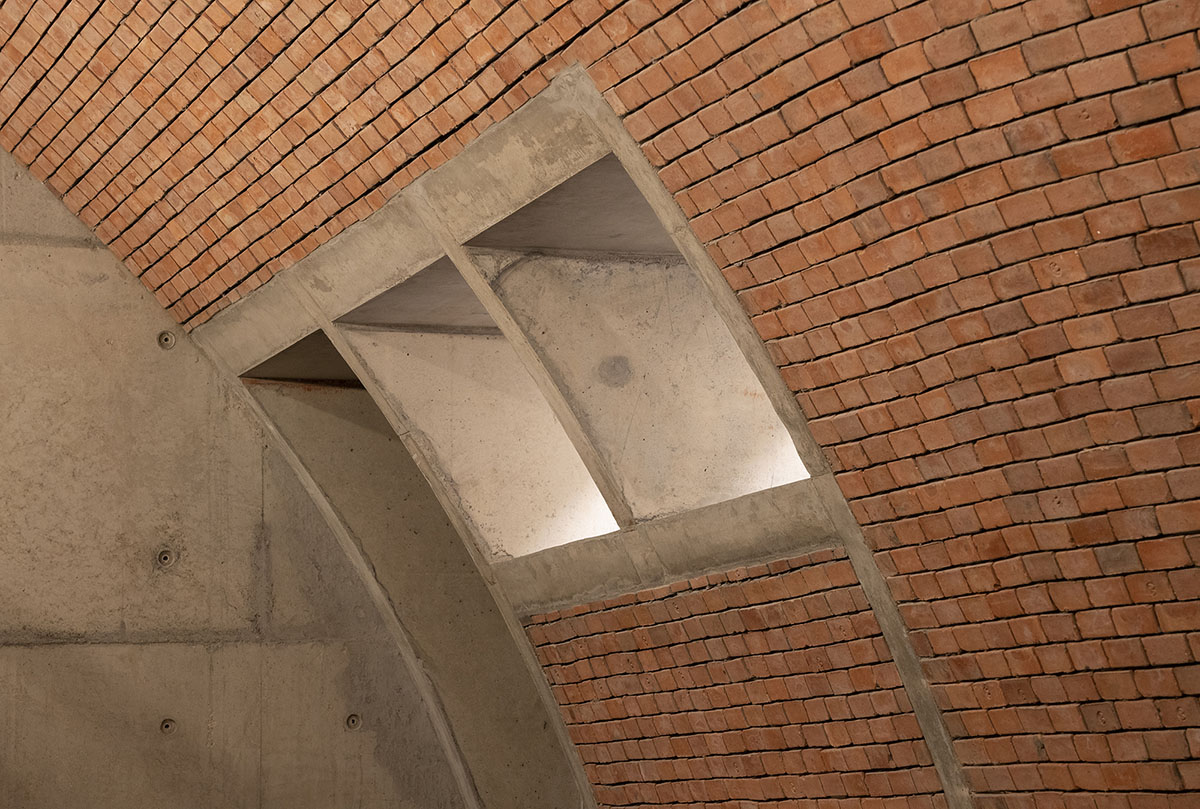 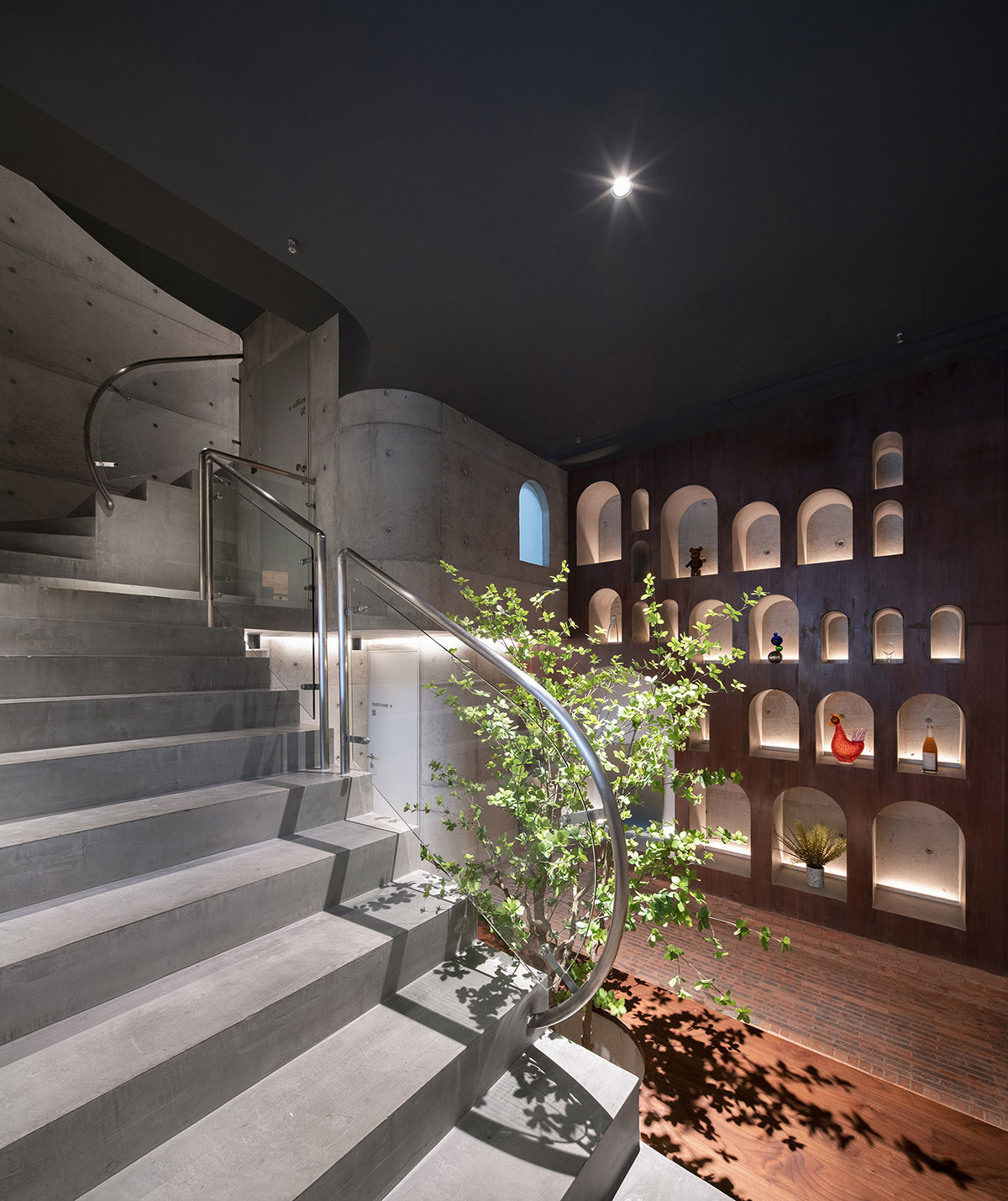 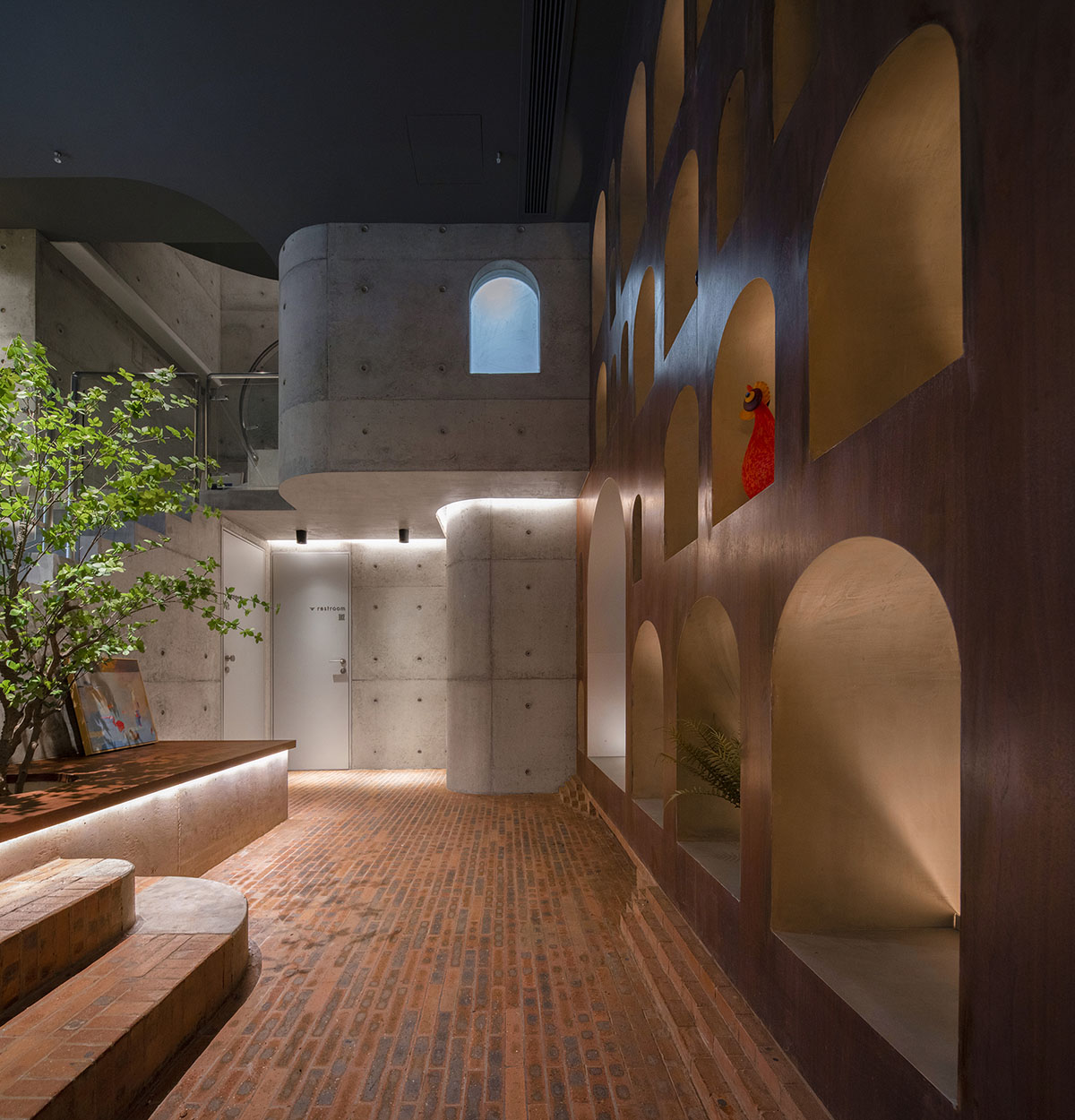 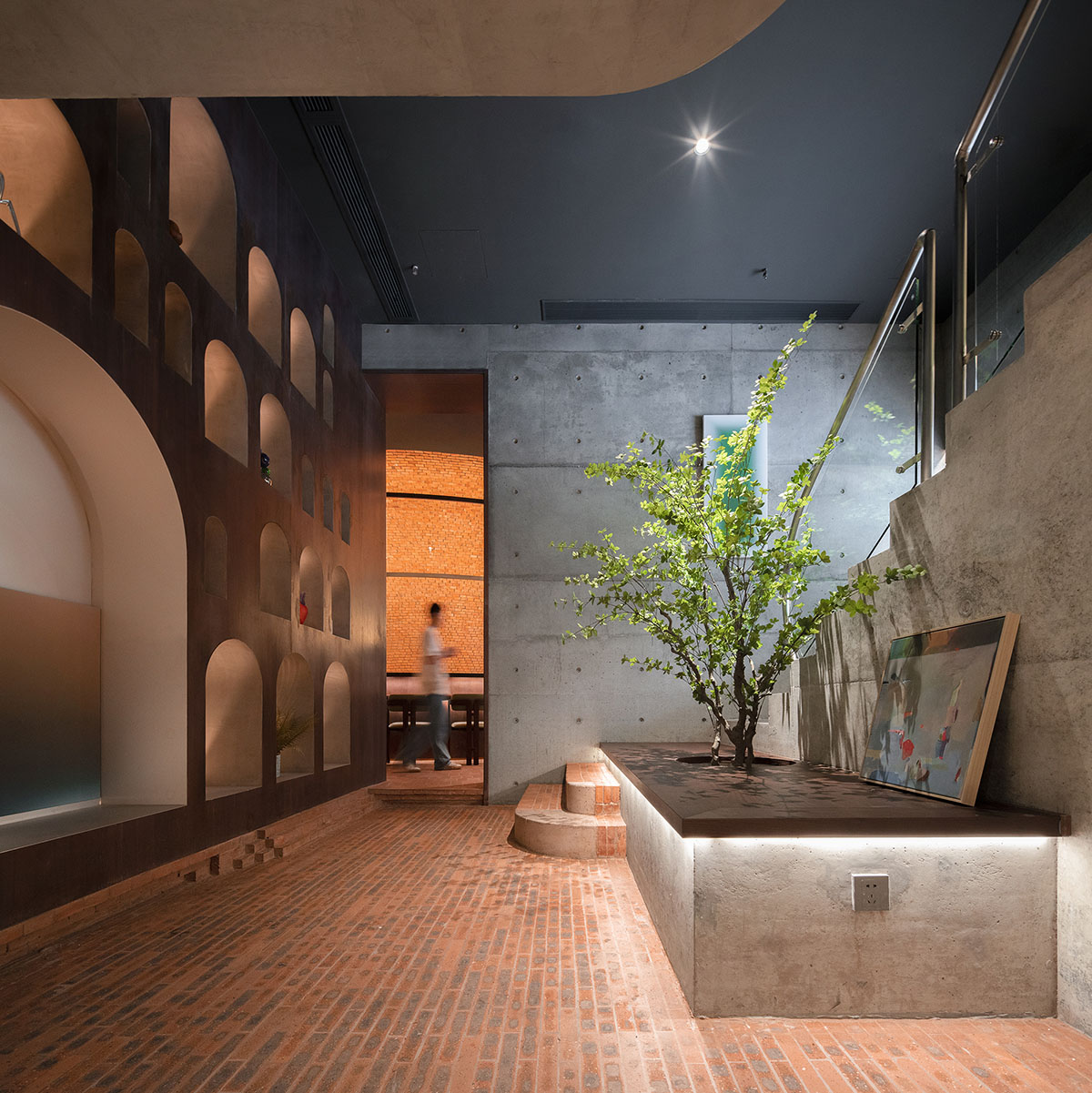 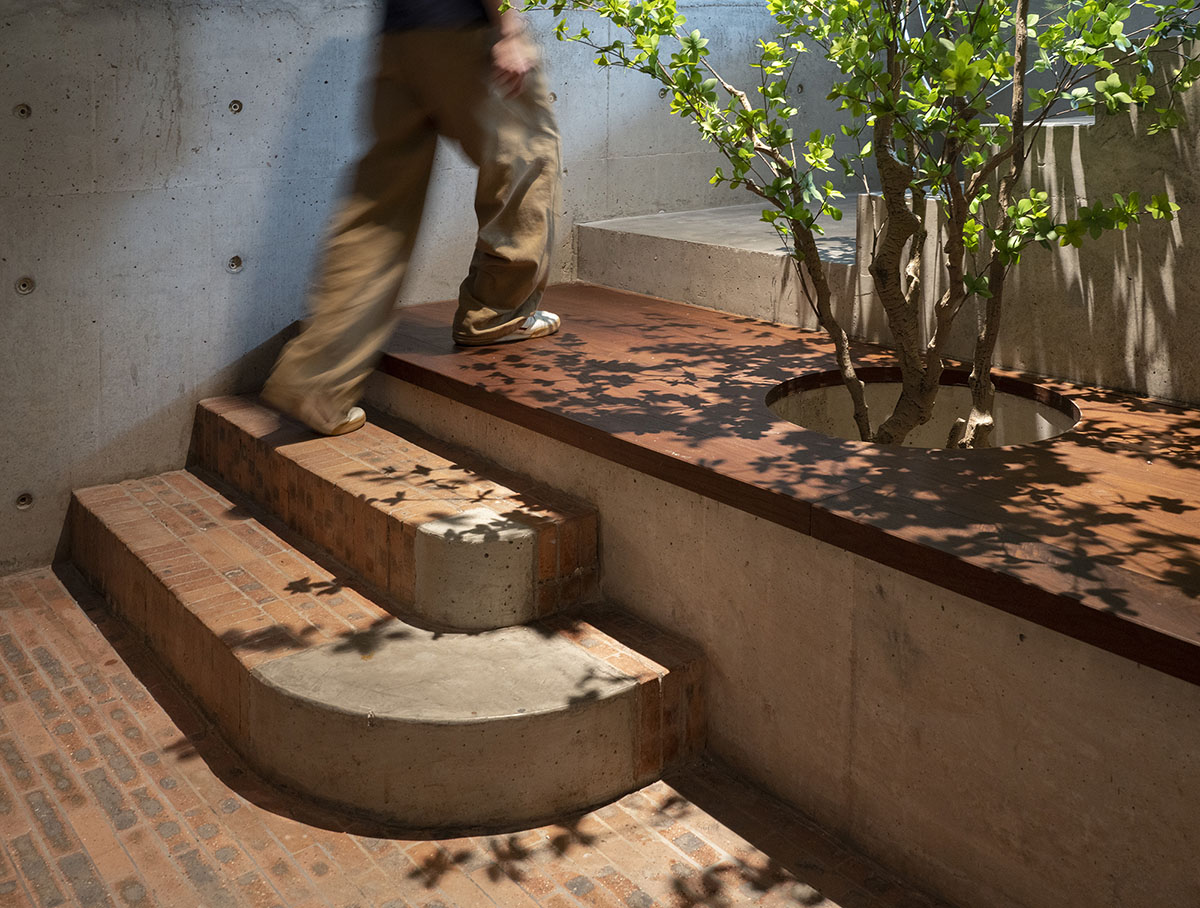 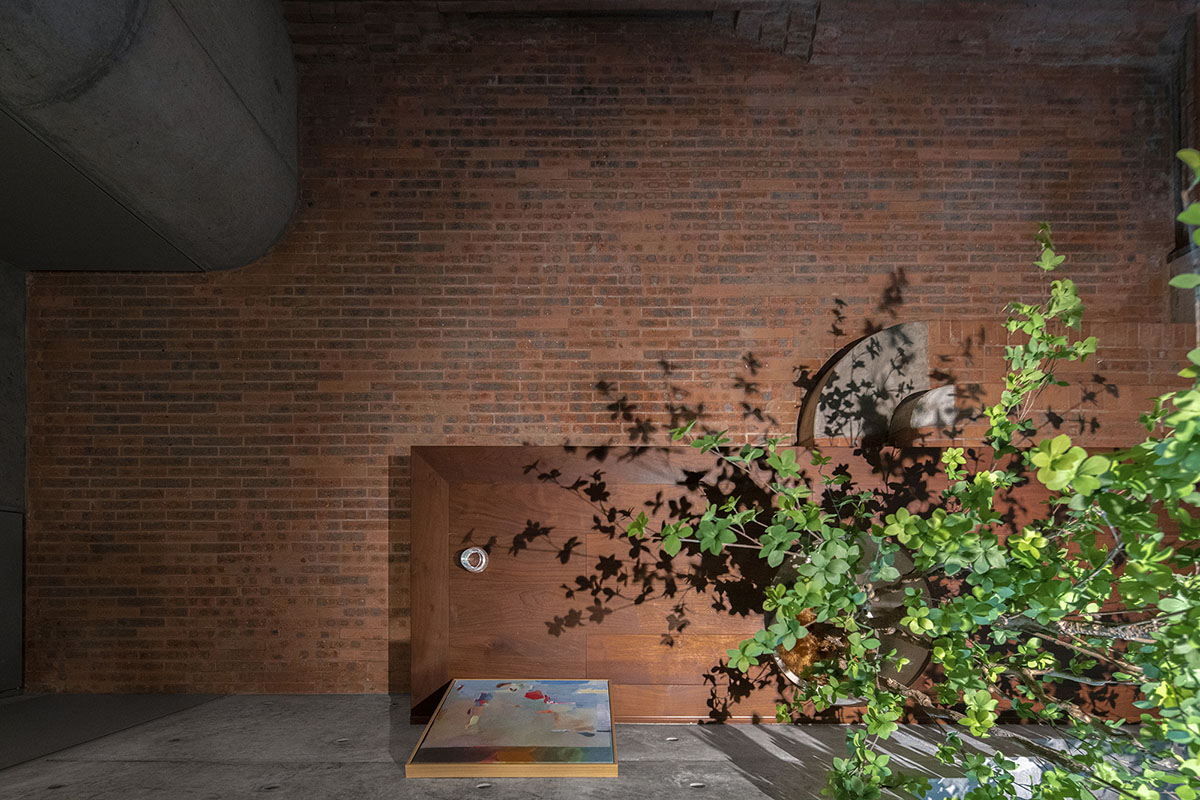 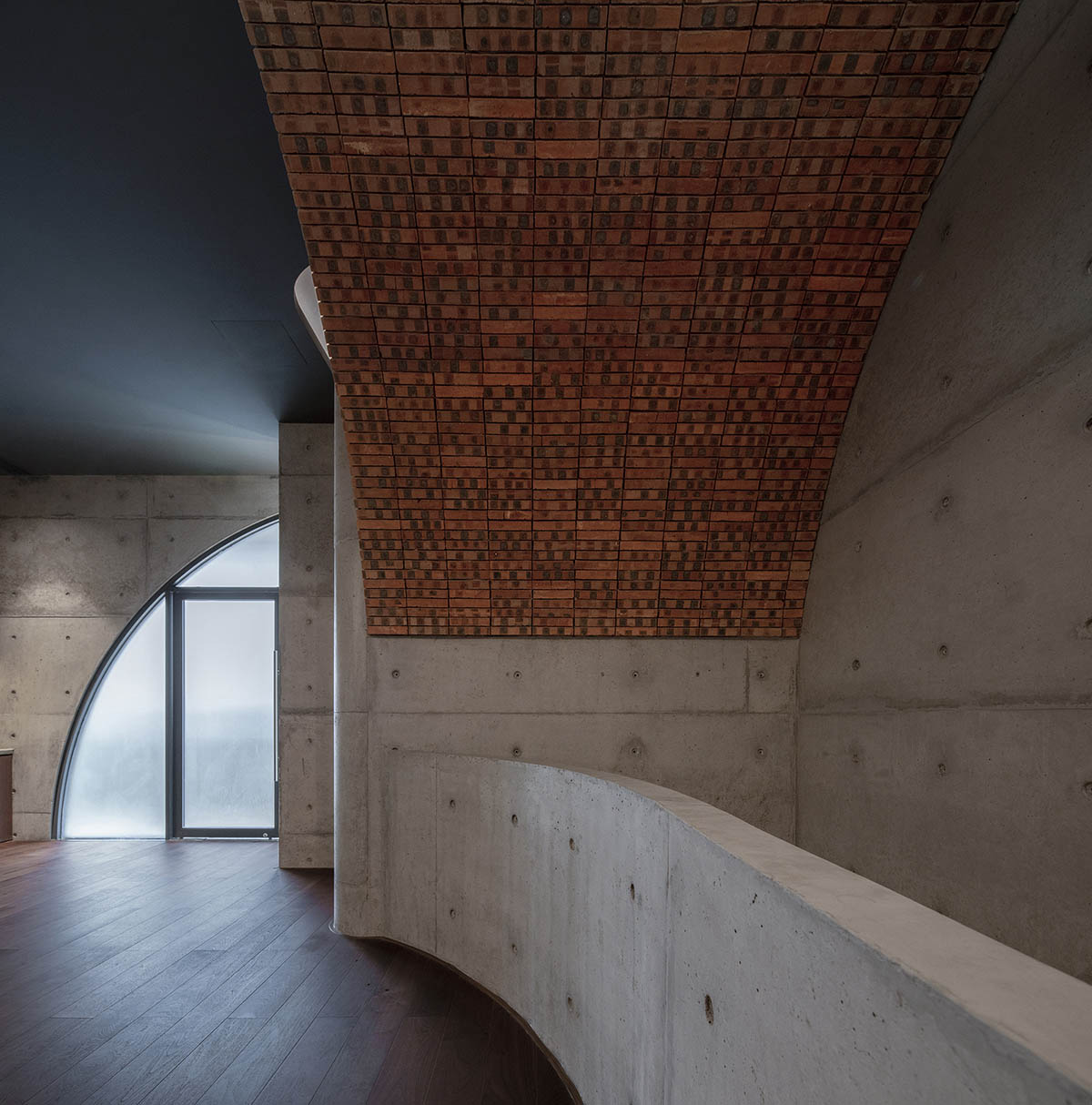 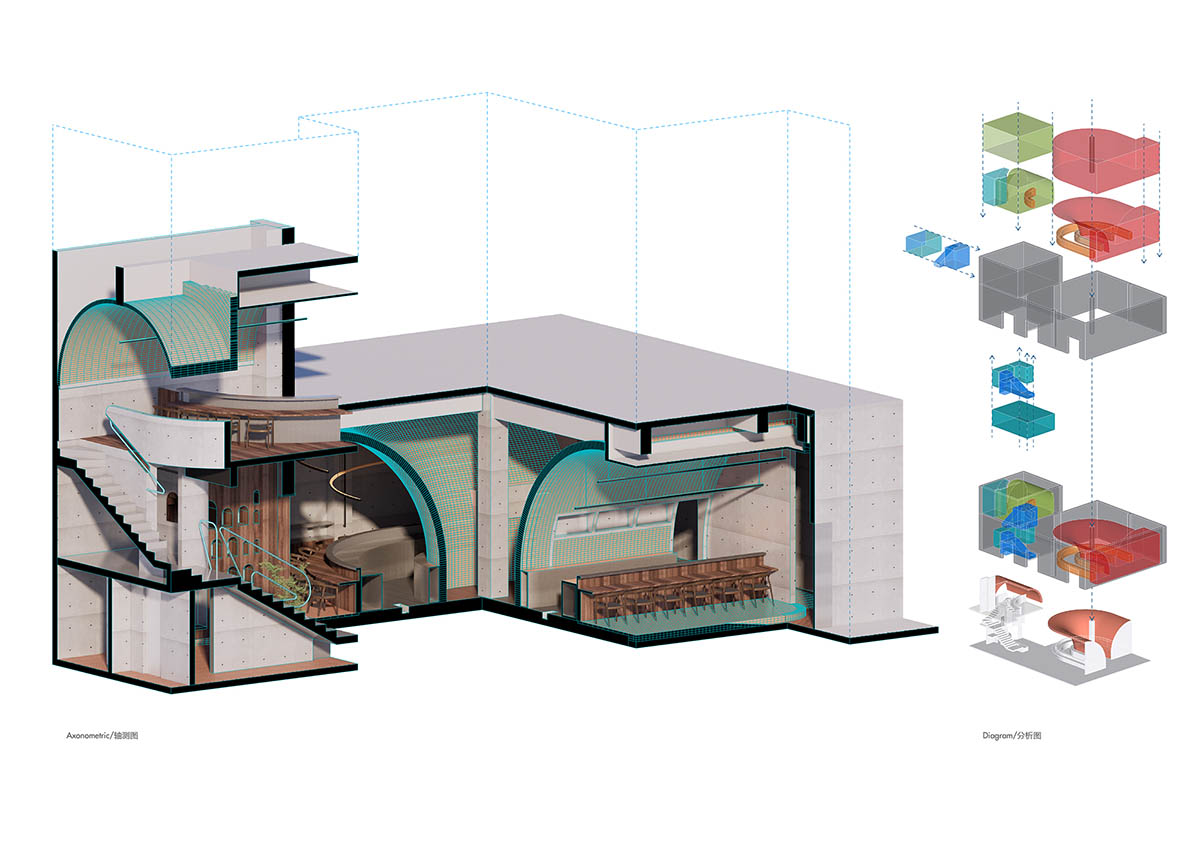 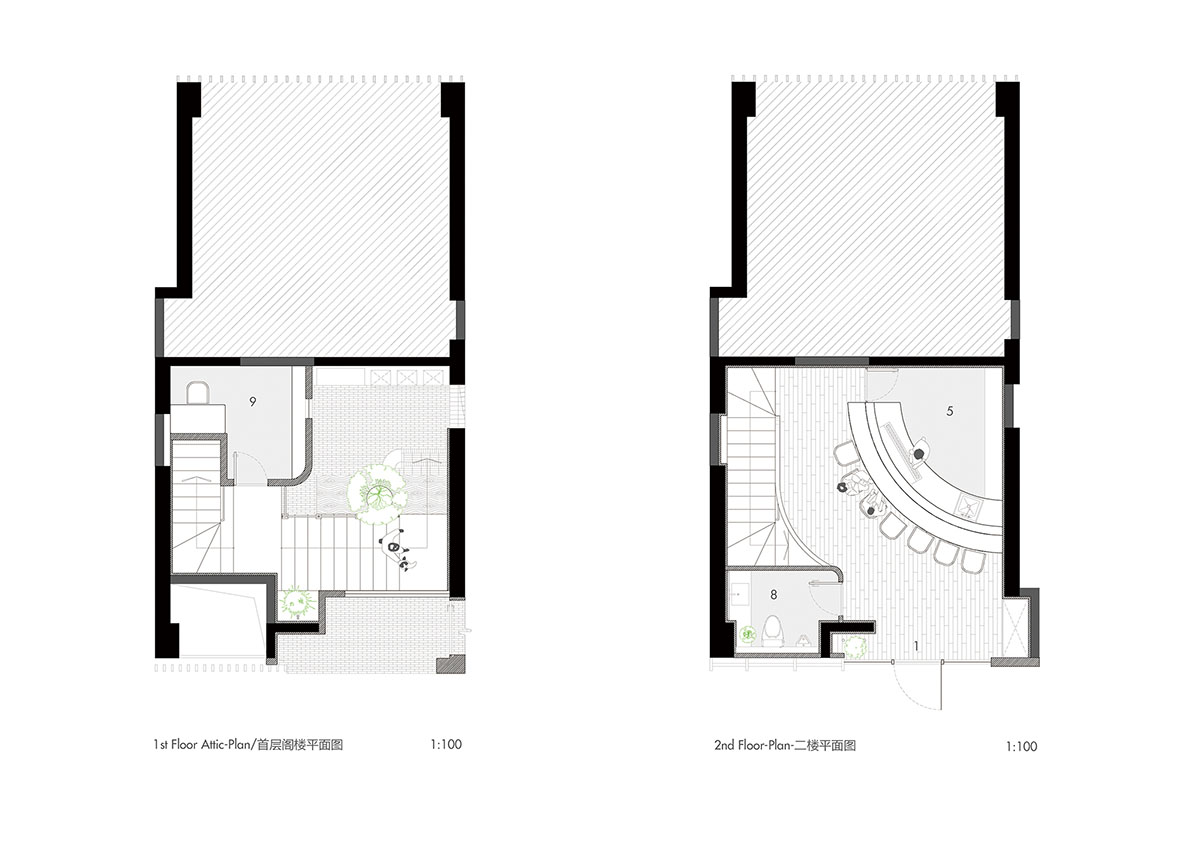 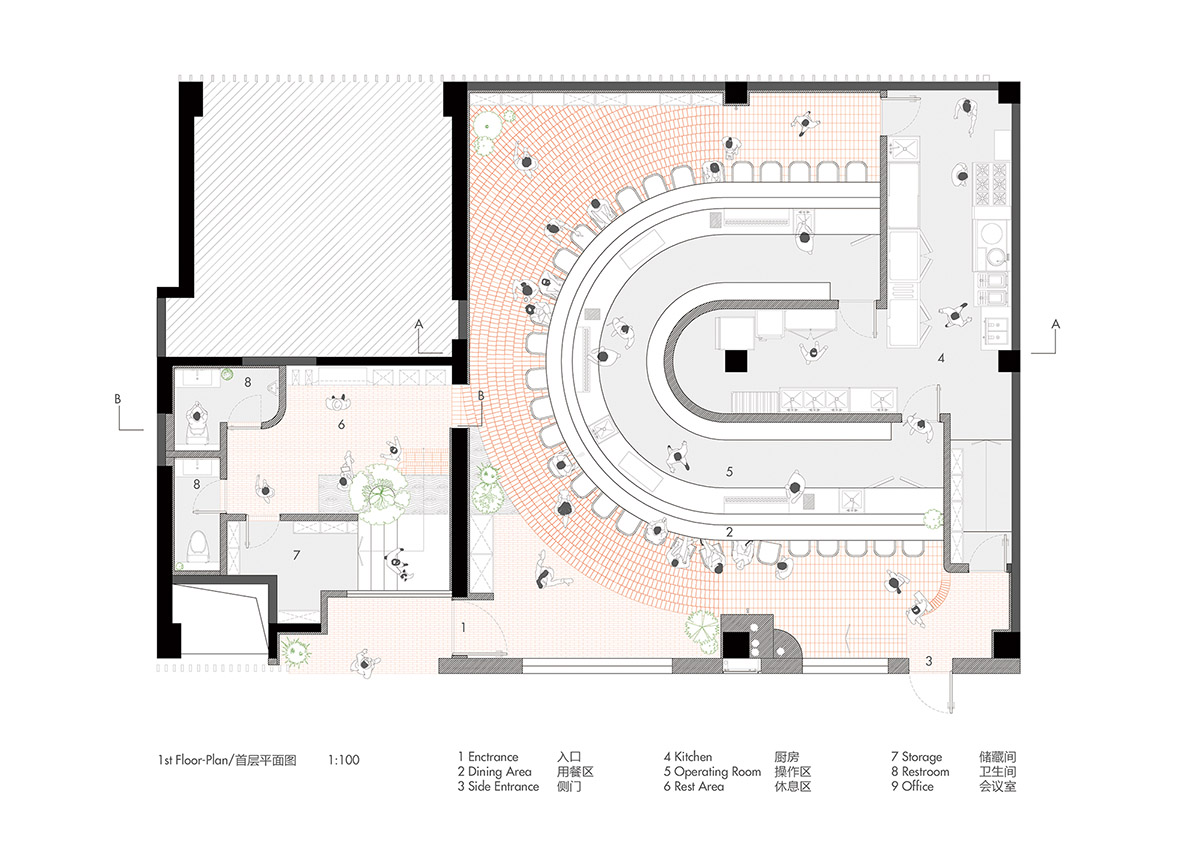 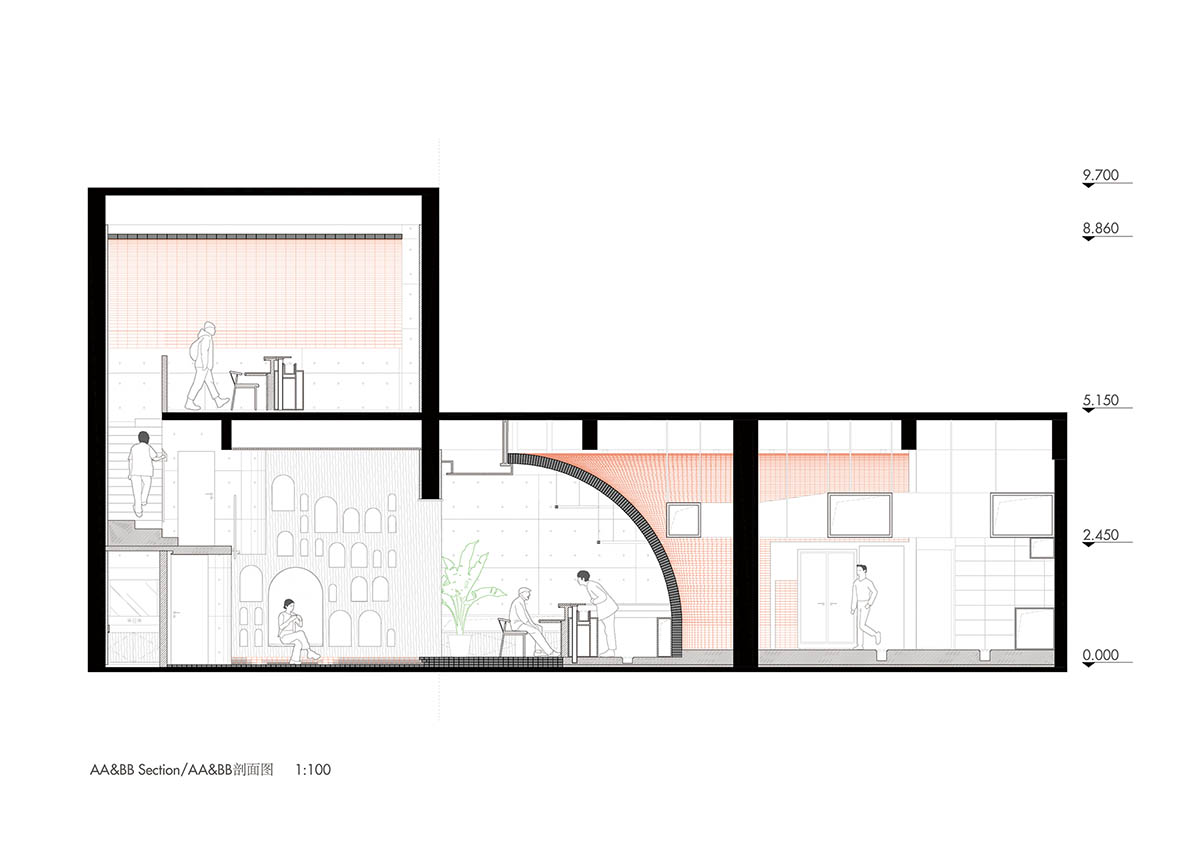