Arnhildur Palmadottir proposes to use molten lava to build cities 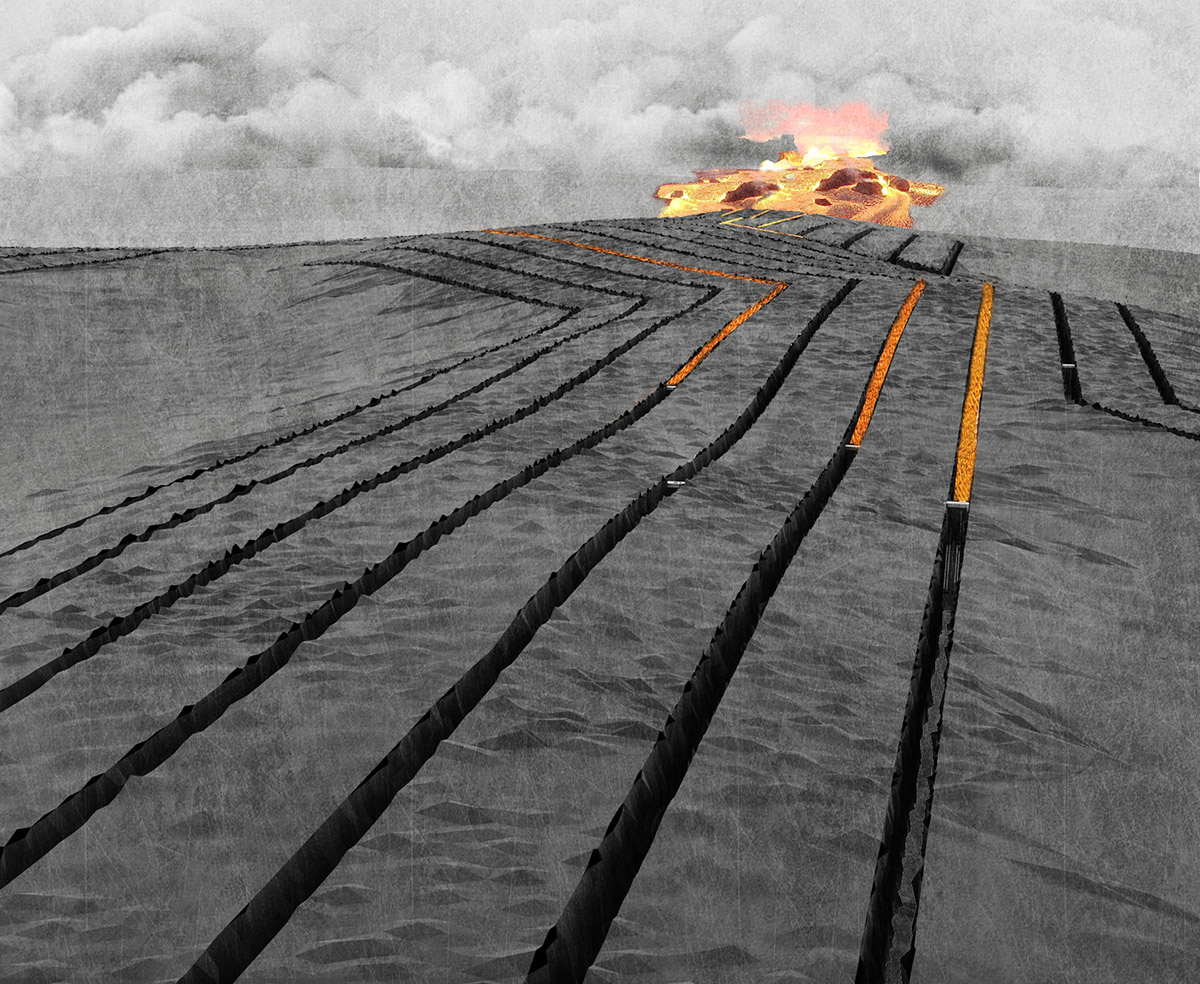 Icelandic architect Arnhildur Palmadottir has proposed to create a new building material from molten lava to build an entire city in a few weeks, which aims to remove the carbon footprint on earth since "the eruption had already taken place" on an area.

Called Lavaforming, the architect's proposal explores how it can be a generative model for a new material by using the results of natural forces and resources to combat climate change.

Palmadottir plans to transform the lava eruptions flowing on the surface into a new material that could build an entire city. According to the architect, the side effect of a volcanic activity is five times smaller than concrete production for carbon dioxide (CO2) release to the atmosphere.

She also underlines that since lava is not a material that we order or buy, unlike concrete and steel, structural production will occur within the conditions allowed by the earth's crust. This may lead the reduction of embodied carbon throughout the construction process.

Palmadottir, who is the founder of Reykjavík-based architecture studio SAP, presented her proposal at this this year's DesignMarch Festival in Reykjavík, Iceland, where she sees Iceland as a place constantly producing its own building material. 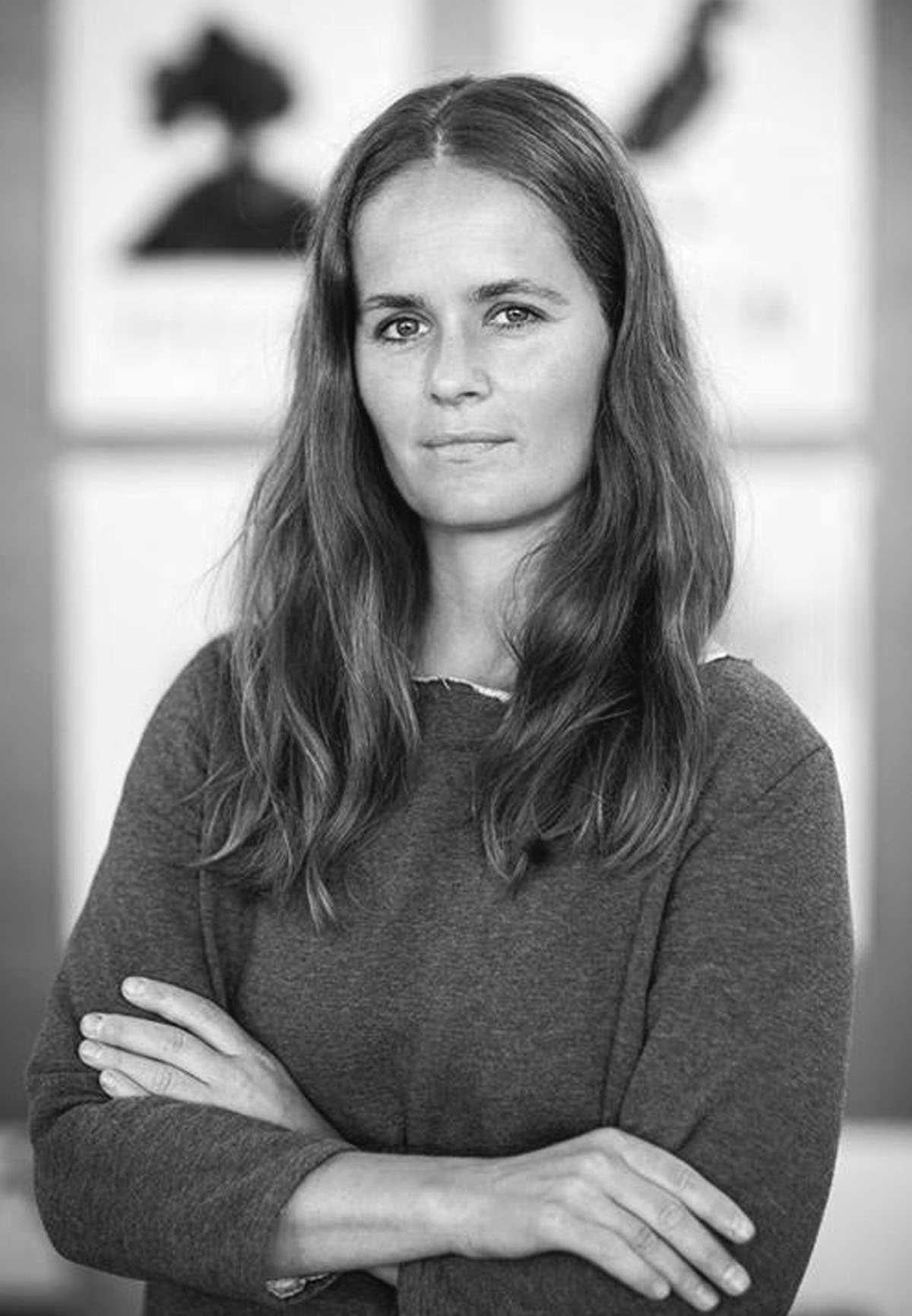 "The idea for Lavaforming emerged when we were investigating what could be the most natural building material in Iceland as we are not rich of natural resources like trees and clay which is used for building materials in other countries," Arnhildur Palmadottir told World Architecture Community.

"But in Iceland, earth itself is constantly producing its own building material that emerges from the core and flows uncontrollably to the surface and hardens as a new landscape, as it has done for the last billions of years."

"The nature we know and love are made of this magma, but glaciers, rivers and winds have sharpened, broken and shaped it into some of the natural structures that we see."

"The amount of this "mantle produced" building material is gigantic," said Palmadottir.

"Around 400 cubic km of lava has surfaced from the ground in Reykjanes peninsula in Iceland only in historical times."

According to the architect, one eruption in Reykjanes contains enough material to create an entire city in a few weeks and "the carbon footprint does not really matter because the eruption had taken place anyway." 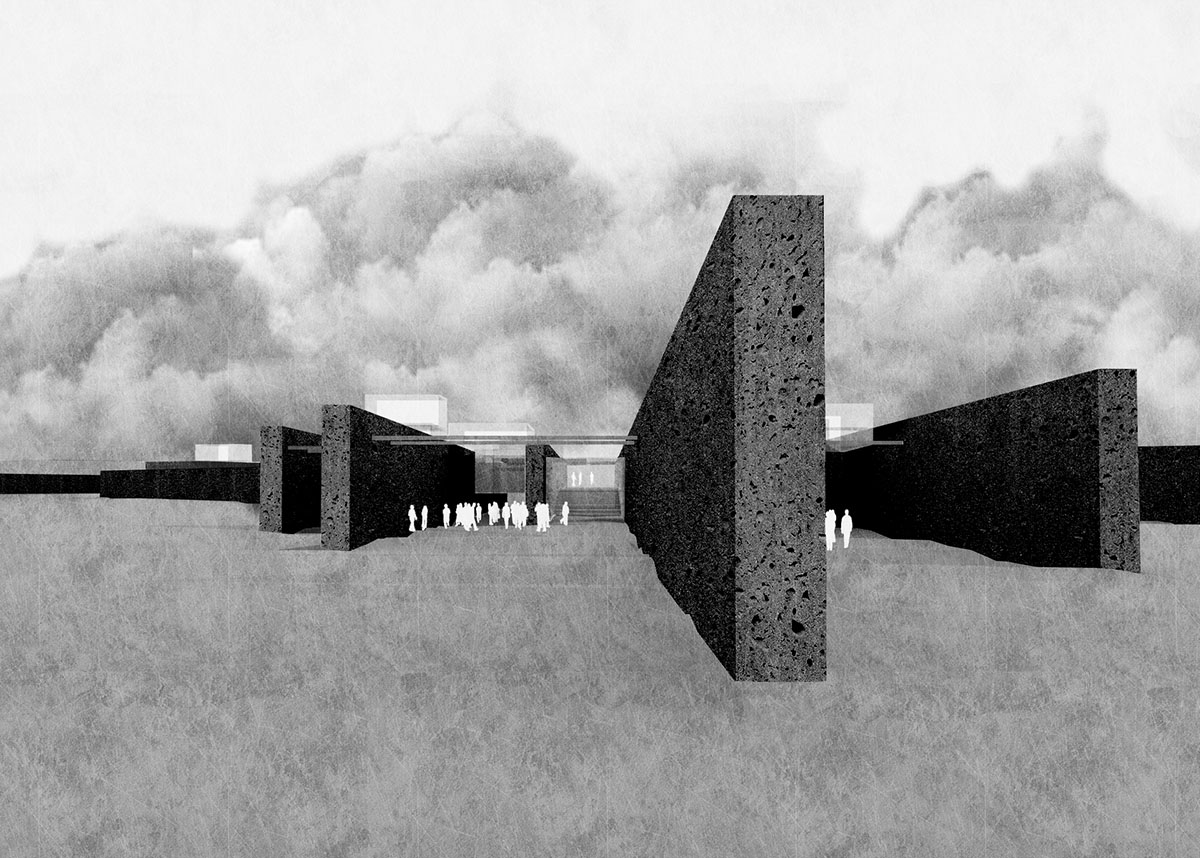 Palmadottir explains how the first idea emerged and explains how geological layers and local resources can create a sustainable material with the following questions.

"Trying to simplify things to the core our initial question was, what if constructions would spring from geological layers?," she said.

"What if the buildings of the future would be made exclusively from local materials, transformed by virtue of the forces and resources in the immediate environment?."

"What would the most natural constructions on Earth look like, without any harmful mining and unsustainable power production?  This is what sparked the idea behind Lavaforming."

The architect's proposal not only explores how and where to use the obtained lava forms, but also explores a systematic model of how to obtain this material from the lava eruptions.

The proposal envisions drilling boreholes into the earth's surface to be able to each the molten lava at the surface and get them with controlled channels. To do this, she proposes different ways of obtaining the material to be able to reduce the underground tension in the area as well.

"Harnessing the power of volcanoes is not an easy task. We have looked at real projects like the ongoing deep drilling research at Krafla area in Mývatn Iceland," said the architect.

"The goal of this research is to find ways to generate electricity from supercritical volcanic fluids sourced from wells next to an active magma chamber."

"In connection with our Lavaforming projects we are interested in investigating whether there is a possibility of retrieving lava from the magma chambers to use for production and possibly relieving tension in the area at the same time to prevent earthquakes as these projects are already digging down to the ground to that level."

"By drilling into a magma chamber that is slowly approaching the surface, lava is pumped up in a controlled way and extracted to reduce the underground tension in the area and at the same time the liquid lava is channeled into production stations that mold the lava into shapes and formwork for modular construction," the architect added. 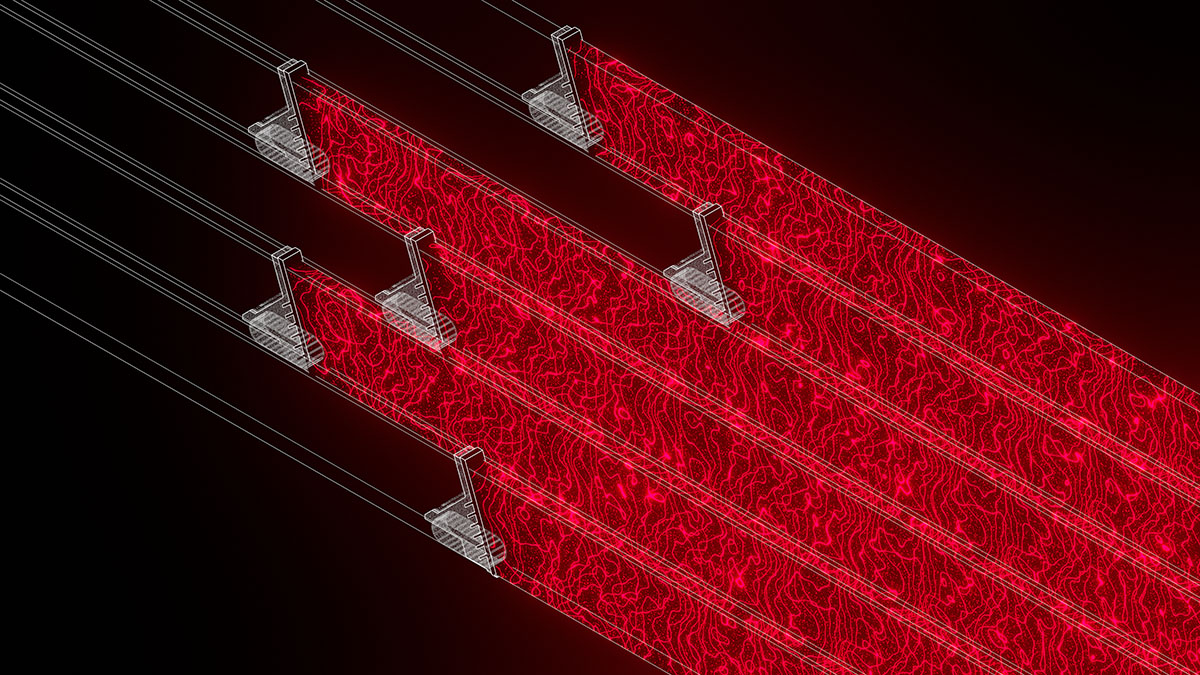 Lava planned to be poured into ditches to harden

Another method the architect proposed is using 3D printing to control the lava by using the deep drilling approach.

The molten lava could be directed to 3d printing that could to be used around eruptions with slow flowing lava where the team has “lava pools”.

According to the architect, "those have a sweet spot where the temperature of the lava is comparable to molten glass."

"Researchers at MIT are working on 3d printing with molten glass, so the technology is already there," said the architect.

"In connection with NASA's Artemis project, other experiments are also being carried out with 3d printing of lava clay on the moon in connection with manned space travel. So, we imagine that 3D printing using molten lava is not at all an unrealistic idea," she added. 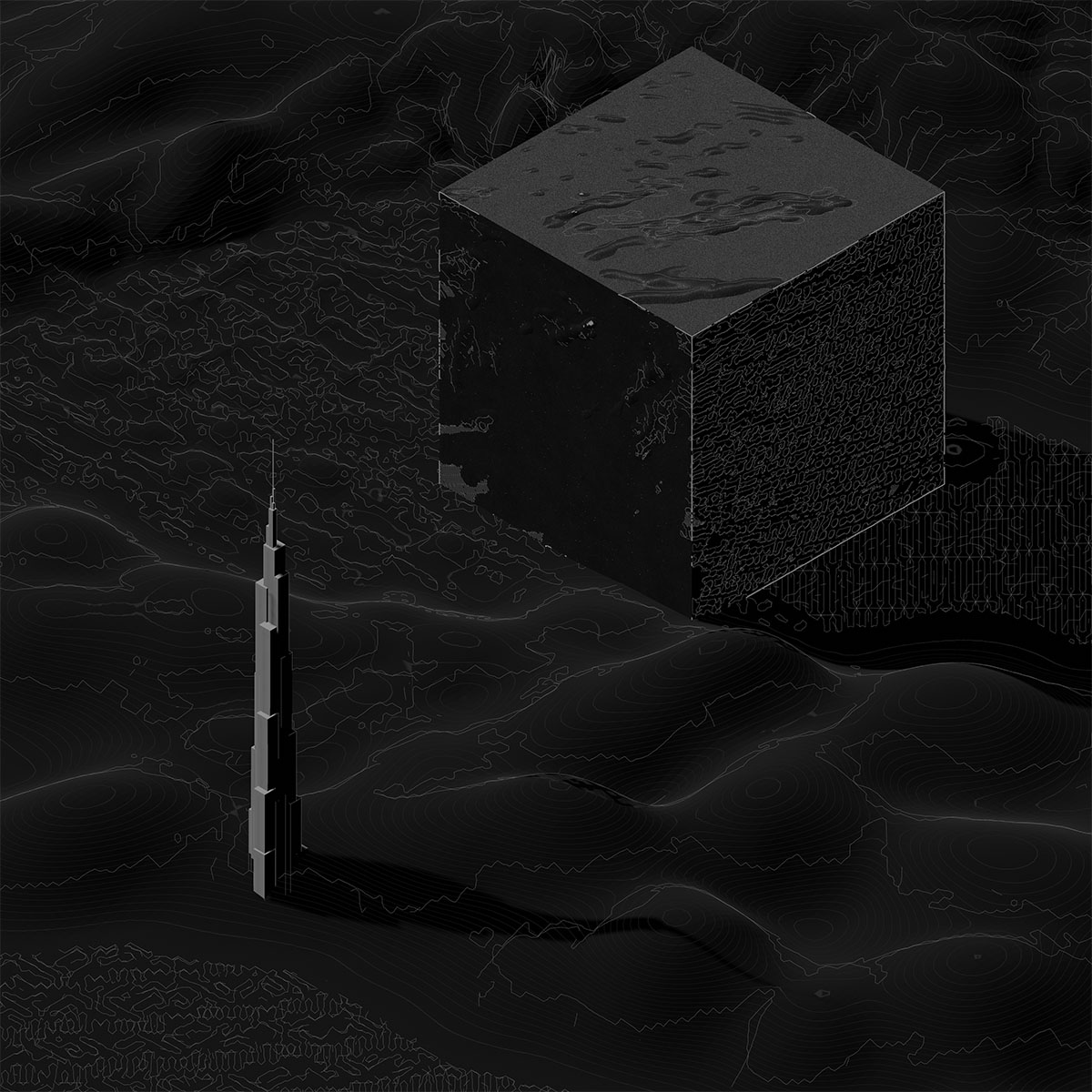 Gigantic lava can allow to build a structure

Palmadottir developed this proposal to explore possible alternative solutions from the earth to fight climate change. She believes that material can be obtained and used only as long as conditions in the earth's crust allow.

"If we look at our current production of building materials, concrete, steel, and wood in terms of how much we as human beings need to build in the coming years, we see that we will never achieve the goals of the United Nations of 1.5 degrees warming," added the architect.

"It is also not possible to stop the international market and go back to the Stone Age because it means that millions of people will die."

"It was this point of despair connected to climate change that fueled our commitment to this project but also our interest in science, technology, and space research and how we can possibly connect it all."

According to her, "Basaltic lava flows can contain enough building materials for the foundations of an entire city that would rise in a few weeks."

"The manifesto for the project is that Lavaforming is the architecture of a technologically advanced society that has abandoned profit maximization and is therefore free to explore solutions to the building material crisis of the world," she continued. 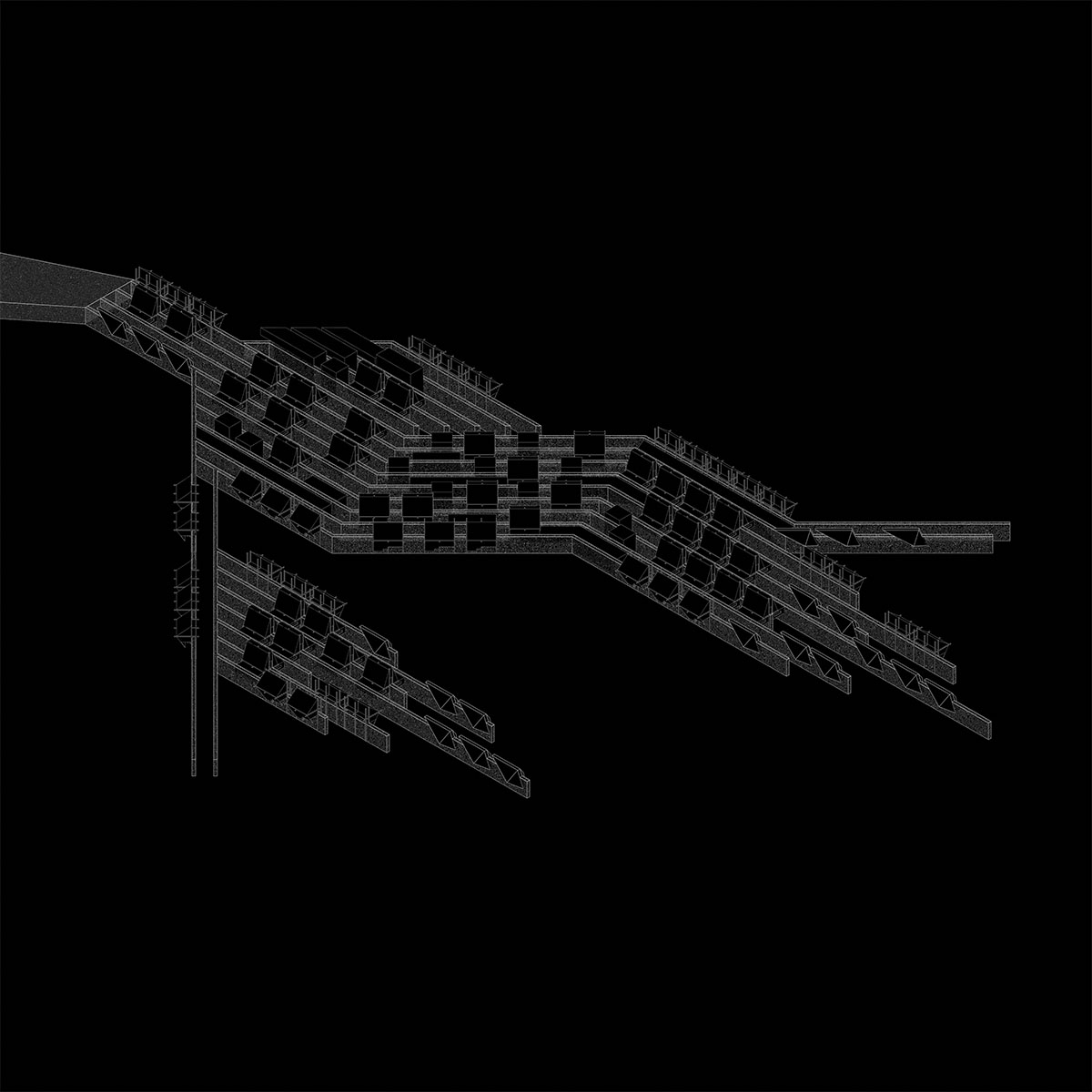 Palmadottir says that the first thing they look at in the proposal is the material property of the lava when it cools down, but when looking at the current temperature at that moment, she emphasizes that factors that change depending on pressure, material composition and how quickly it cools are important.

"Cold lava can be crystallized, or uncrystallized with the properties of glass, be airy and insulating but also strong as a structural system.  So we have many possibilities for different usage of the same material depending on how it forms, either in a controlled way or just in nature," Palmadottir explained.

"Lava as a structural element is essentially a rock which is a stable material and would have to be heated up to 1000°C to change its materiality," she added. 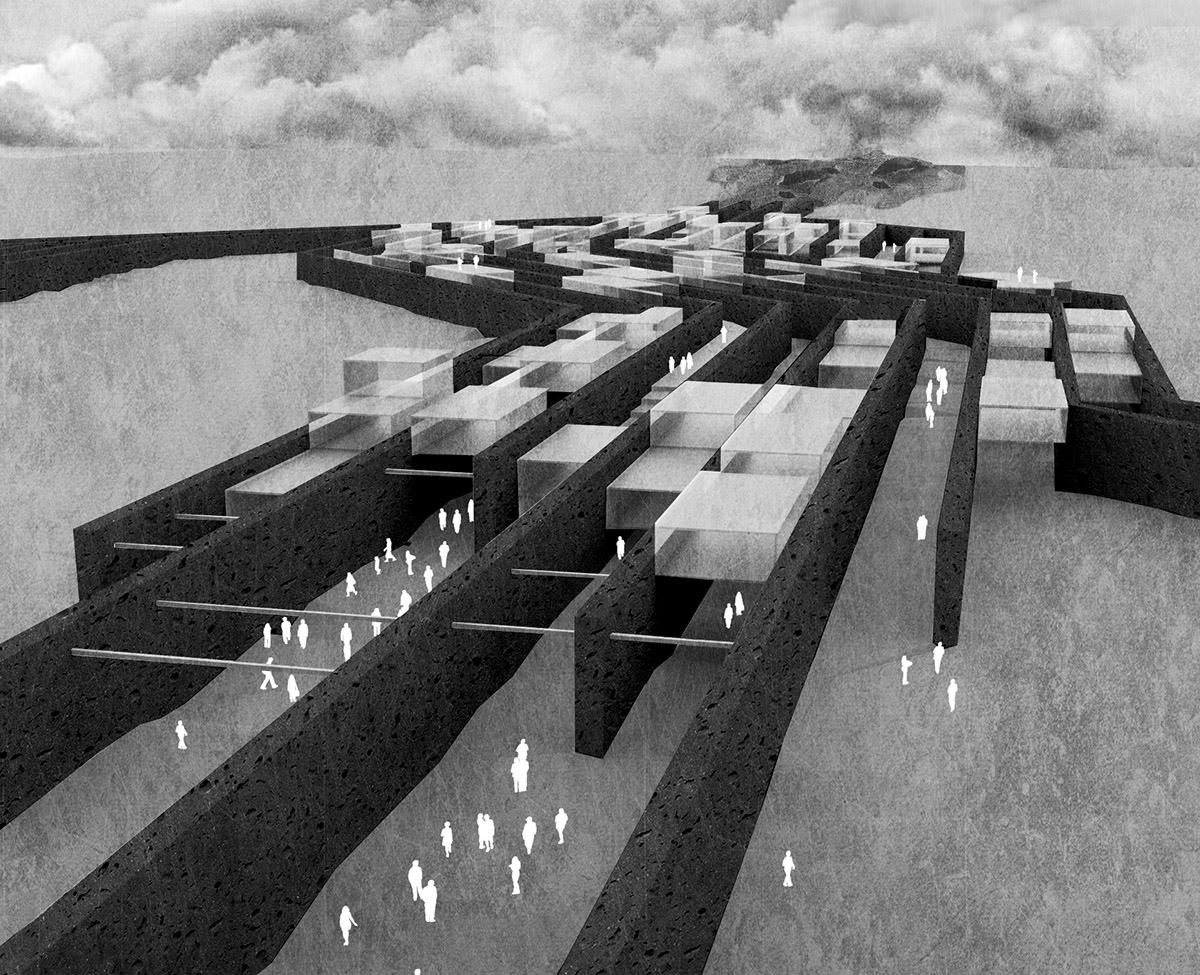 The city walls are created through the molten lava

Considering the long-term eruption times of volcanoes, the question of how often this material will be obtained becomes important.

According to the architect, Iceland is one of the most active volcanic regions on the planet and they have seen eruptions every four years on average.

The architect explained that "we are also moving into an era of activity around Reykjavik and the peninsula it is located on, and scientist say that we will see eruptions, on and off in the area for the next 400 years."

"So, we are in the perfect place to do tests and develop the project further," she added. 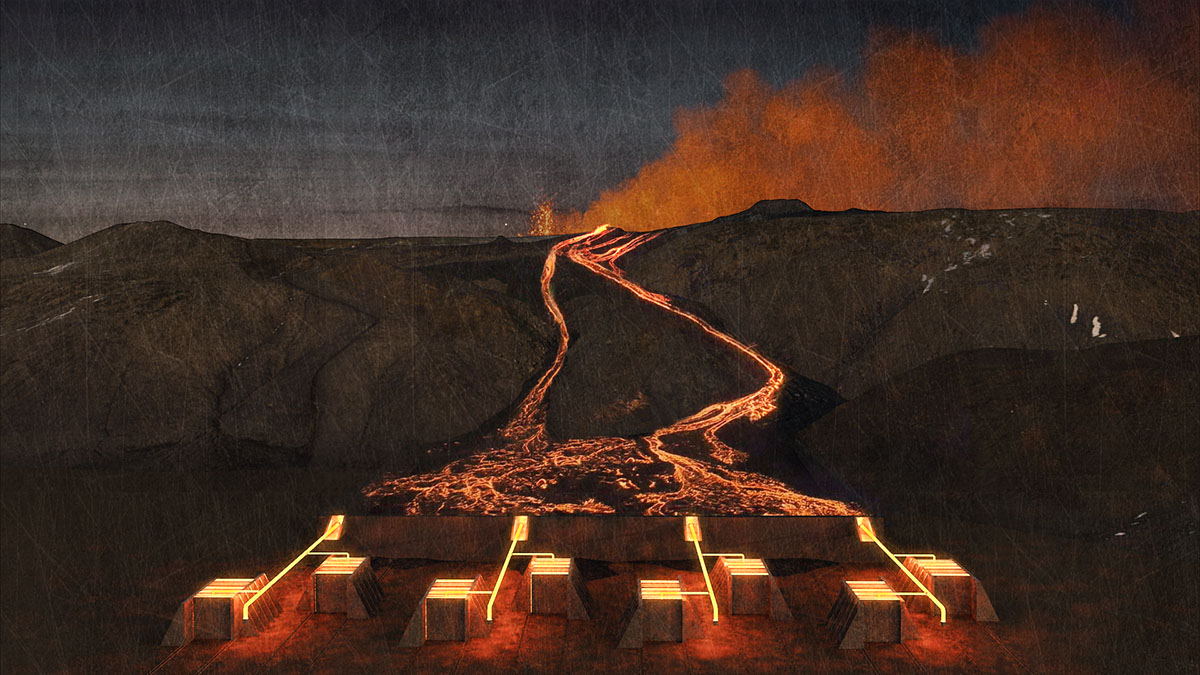 "We do not just want to open the discussion, we want to naively try to make this a reality"

The architect underlines that although the project may seem utopian or speculative, it is not just to fight climate change and create a discussion about architecture and climate change on a global scale, and she states that they will work on it to make the project in reality until any engineer and geologist say it is somehow impossible in every way.

"The biggest obstacles to being able to work on truly environmentally friendly construction in the world today are profit maximization and property rights," said Palmadottir.

"For architects, there are basically two ways to combat this situation. One is to work with traditional and realistic projects, get involved in the systems and try to push the industry forward one step at a time with calculated feasibility."

"The other way is to use the magical power of architecture to imagine a new world and new ways to build cities outside the systems."

"It is also important that designers get involved and work with people from other disciplines related to technology, economics and science and see the possibilities and connections so that we can really make an impact," she continued.

"Speculative projects like these are important, if only to open the way for a new debate about architecture and climate change. But in this project, we do not just want to open the discussion, we want to naively try to make this a reality, at least until some engineer and geologist tells us that this is impossible in every way.

"We don’t see any purpose in making a small-scale mockup in a lab as the materiality and context of nature is the only way to really test this, so we need to do it in 1:1 scale," she added.

"Our plans are to continue with at least one of the narratives and research projects we have already touched upon together with scientists and other experts and thus try to activate the ideas and connect them to real projects," Palmadottir added.

Arnhildur Pálmadóttir has 20 years of extensive experience in architectural design as well as work experience from engineering firms in Iceland and Norway.

SAP's design philosophy is based on multilayered approach and investigates its context to other elements. The firm produces projects regardless of location and devise concepts derived from multiple ways – socially and environmentally.

All images © SAP unless otherwise stated.