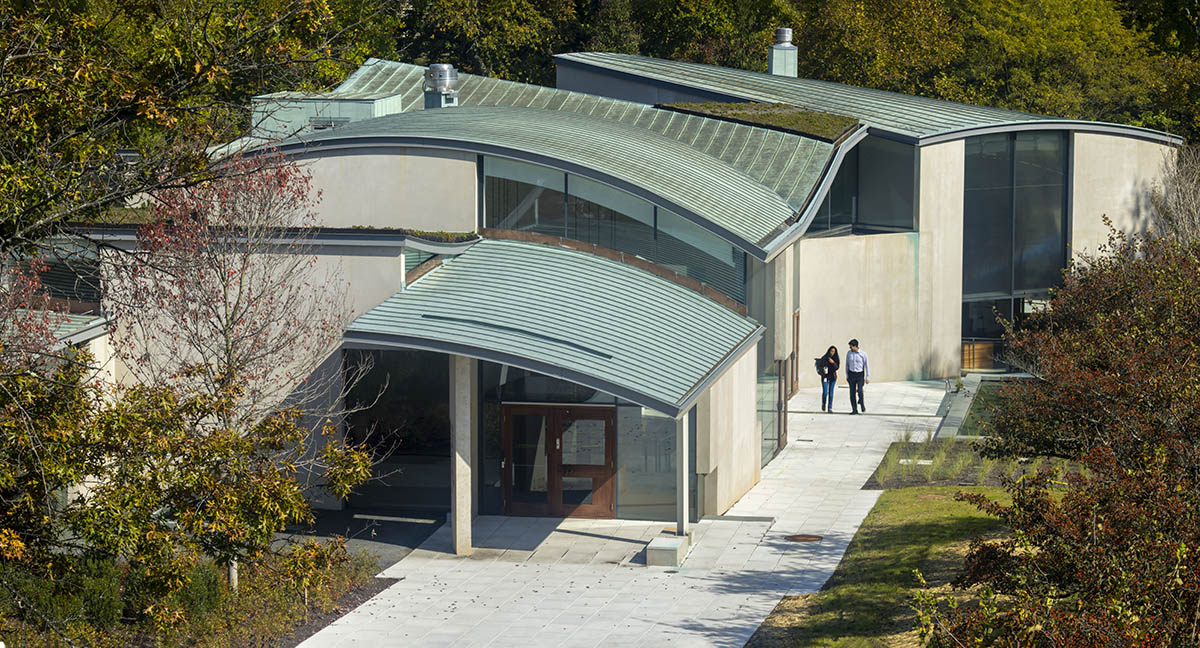 Steven Holl Architects has completed the Rubenstein Commons building at the Institute for Advanced Study (IAS) in Princeton, New Jersey, United States. The new building has been added as a new commons building on the historic campus.

The complex is conceived as a "social condenser" for the Institute, with its curved ceilings, giving space for “thought bubbles” of the scholars.

Aiming to be "a nexus of flexible gathering spaces", the building supports enhanced communication and collaboration among scholars and becomes an inviting social hub for the wider IAS community. 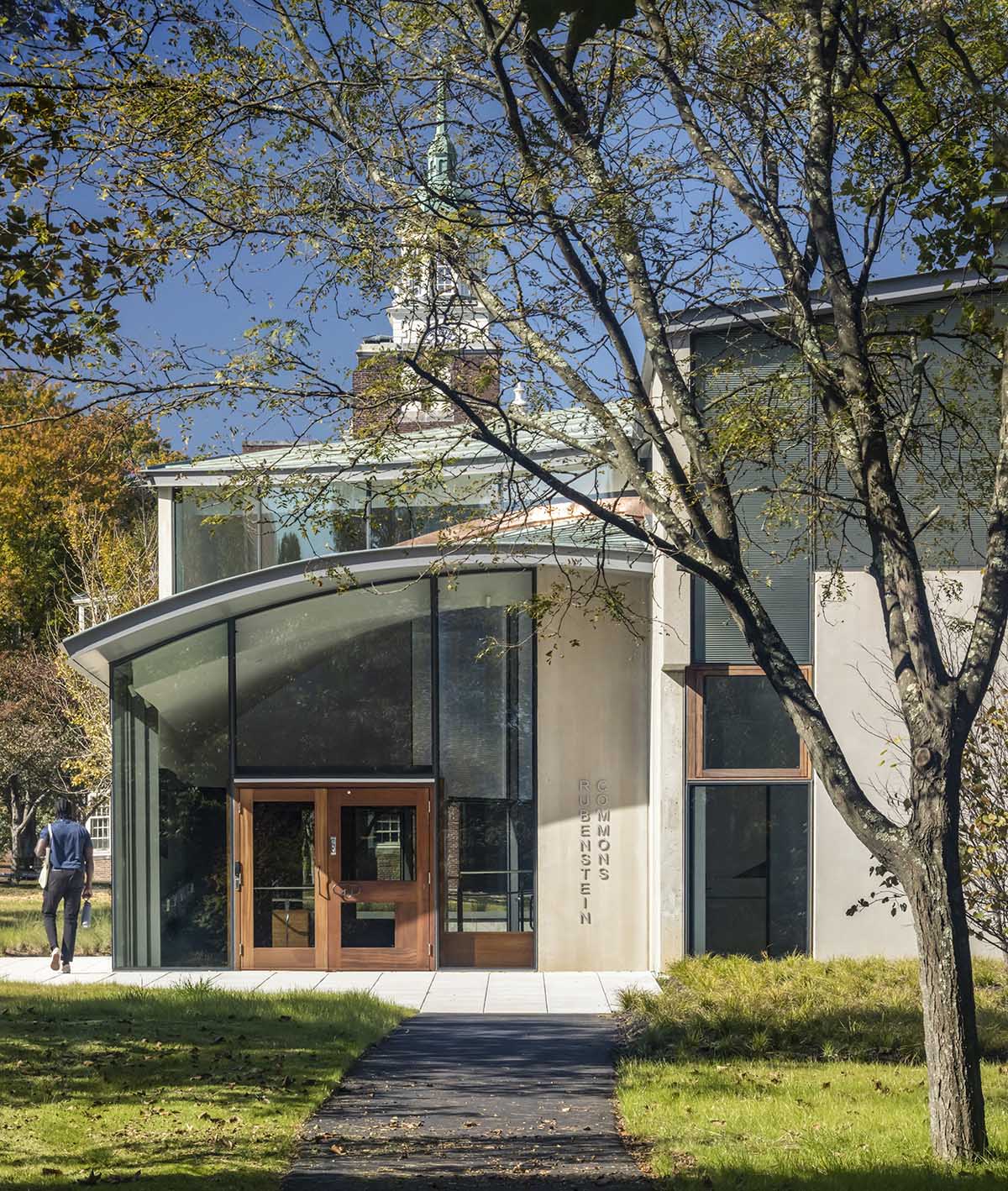 "Tasked with creating a new building with long-term architectural significance, the design integrates with the surrounding landscape and the rest of the campus, including the Institute’s flagship 1939 building Fuld Hall where Albert Einstein spent his last thinking years," said Steven Holl Architects.

Steven Holl Architects adopts the concept of "intertwining" in the design of the building and exterior circulation is weaved into and through the building.

Acting as a social condenser, it provides a variety of flexible meeting spaces supporting community and academic life on the IAS campus.

While the design is based on the existing parameters of topography primarily, it is drawn on a single-level program with gradual slopes and offers views of the courtyards.

Due to the intertwining form through the landscape, the building is connected with pools of water on the north, south, and west.

"The pools reflect sunlight into interior spaces, producing an atmosphere of reflection. Natural phenomena connect with science, physics, humanities, and art—corresponding to the Institute’s mission," said the office.

"It has been an honor and a joy to work on such an extraordinarily important project for the Institute for Advanced Study. We only hope that the inspired feelings we had in creating and making these spaces can contribute to the future social life of the Institute," said Steven Holl.

The complex has a precise geometry that is formed by "space curves" where two non-planar curves intersect. The IAS Director Robbert Dijkgraaf describes these curved ceilings as "thought bubbles" giving the scholars more flexible spaces to work. The form of curved ceilings is much more perceptible from inside. In the interiors, the studio uses functional, natural blackboards, paying homage to a storied tradition for intellectual curiosity and exchange at the IAS, which are arranged in certain locations.

To create "energizing interiors" with abundant light and colors, the office uses prismatic glass that breaks white light into the color spectrum.

Another addition is custom hand-blown light fixtures which are used to illuminate the curved ceiling geometry. Door handles inspired by knot theory and custom waterspouts greet visitors at the east and west entries to the building.

The landscape of the building, designed by New York firm Hollander Design Landscape Architects, complement the whole architecture of the building and around the pools to measure the time of a year’s passing through the four seasons.

Spring is marked on the east side with pink blooming redbuds emerging in clusters along branches of the grove, while the summer season is marked to the south with rich green leaves of gingko trees, accented by Russian Sage purple flowers.

On the other hand, fall is marked to the west with vibrant red maples and the golden gingko leaves provide a striking contrast around the south reflecting pool. 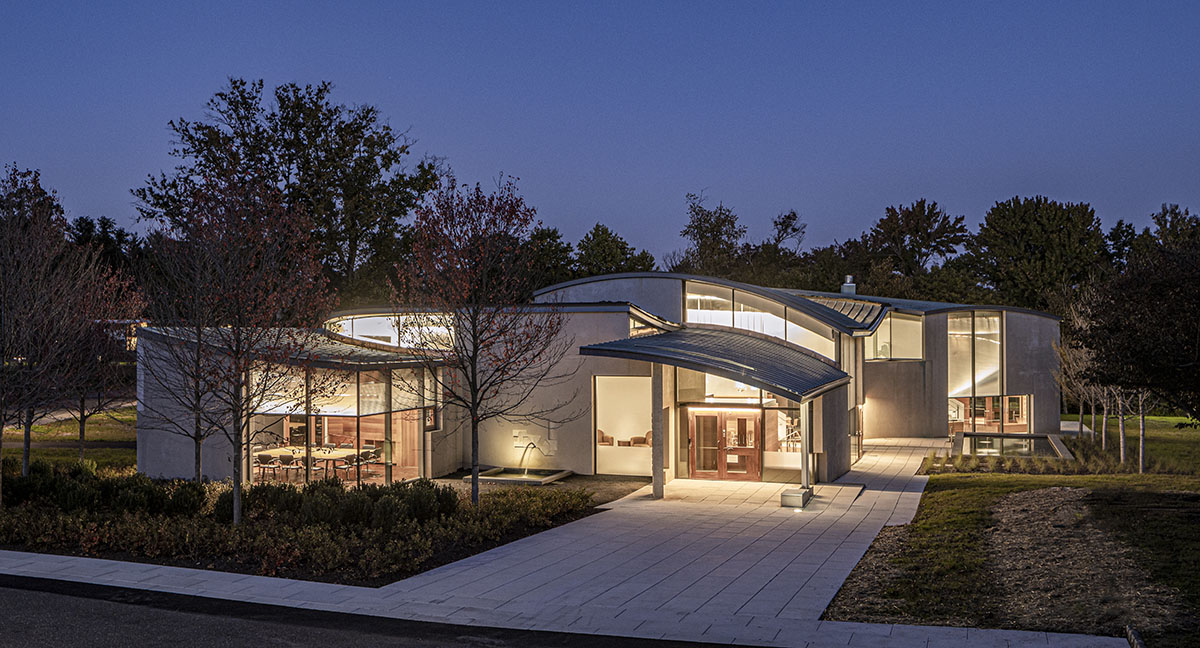 The north gardens are framed with a border of white pines and American hollies providing a green backdrop in the winter but also year-round.

Twenty geothermal wells, powered by the cycle of the earth’s seasonal temperature, heat and cool the building with radiant floors. Natural ventilation is provided with wood-framed windows and bring light and air into all spaces.

"With the opening of this forum for curiosity, discovery, and critique, we celebrate the Institute’s enduring commitment to the nourishment of the global collective intellect," said David Nirenberg, IAS Director and Leon Levy Professor.

"This is a place whose beauty will stimulate contemplation and whose space will invite the dialogue necessary for questioning at its most profound," Nirenberg added.

Steven Holl Architects was selected to design the Rubenstein Commons in March 2016 from an international competition.

The Institute for Advanced Study, founded in 1930 as one of the world’s leading centers for curiosity-driven research, is unique in its dedication to providing scholars with the tools, colleagues, environment, and freedom to pursue groundbreaking research. 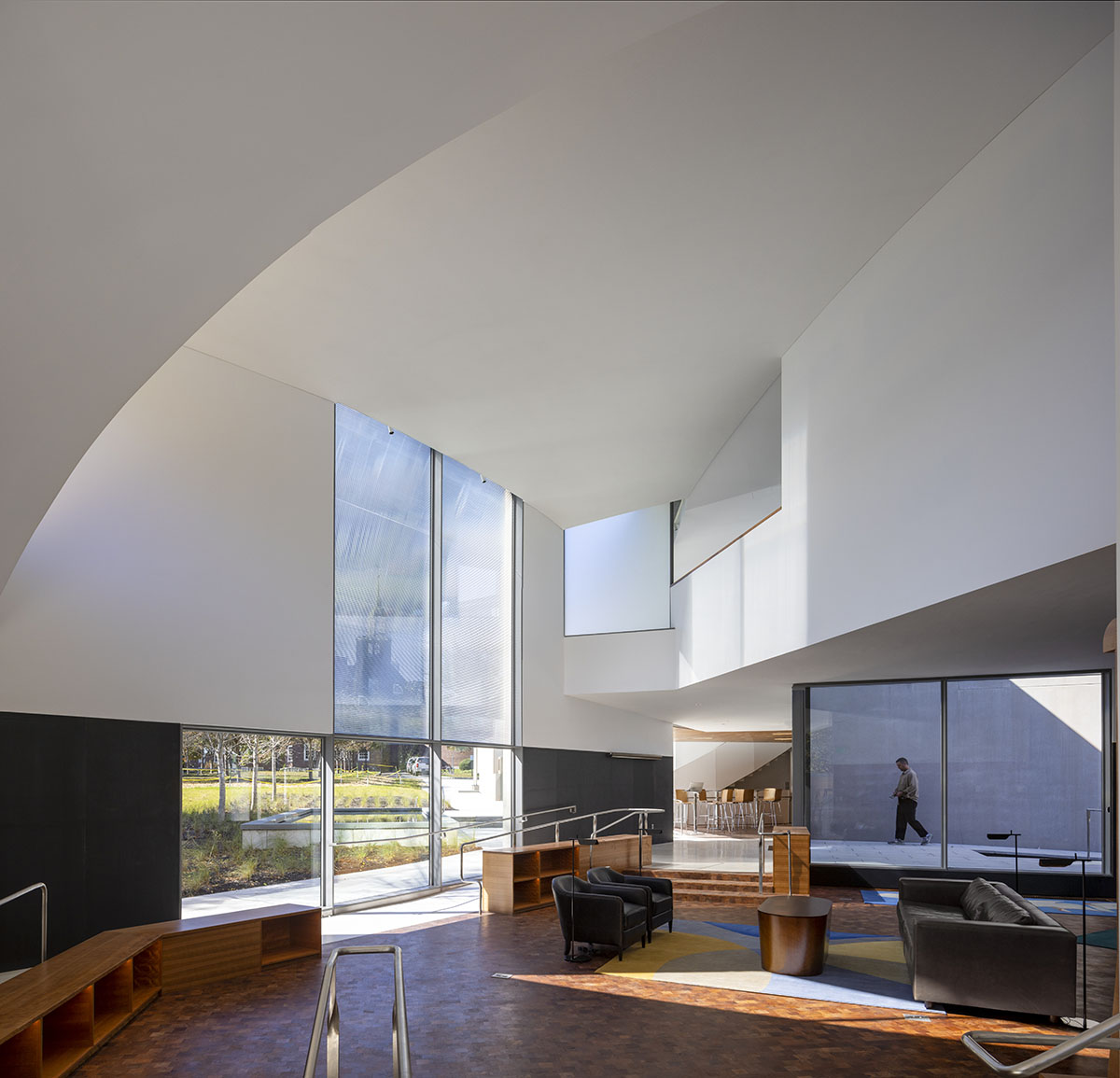 Scholars are free from administrative and teaching obligations, and enjoy a tranquil campus setting, spanning 589 acres. Enabled through a visionary gift from businessman and philanthropist David M. Rubenstein, the Rubenstein Commons building will have a transformative impact on intellectual and communal life at IAS. 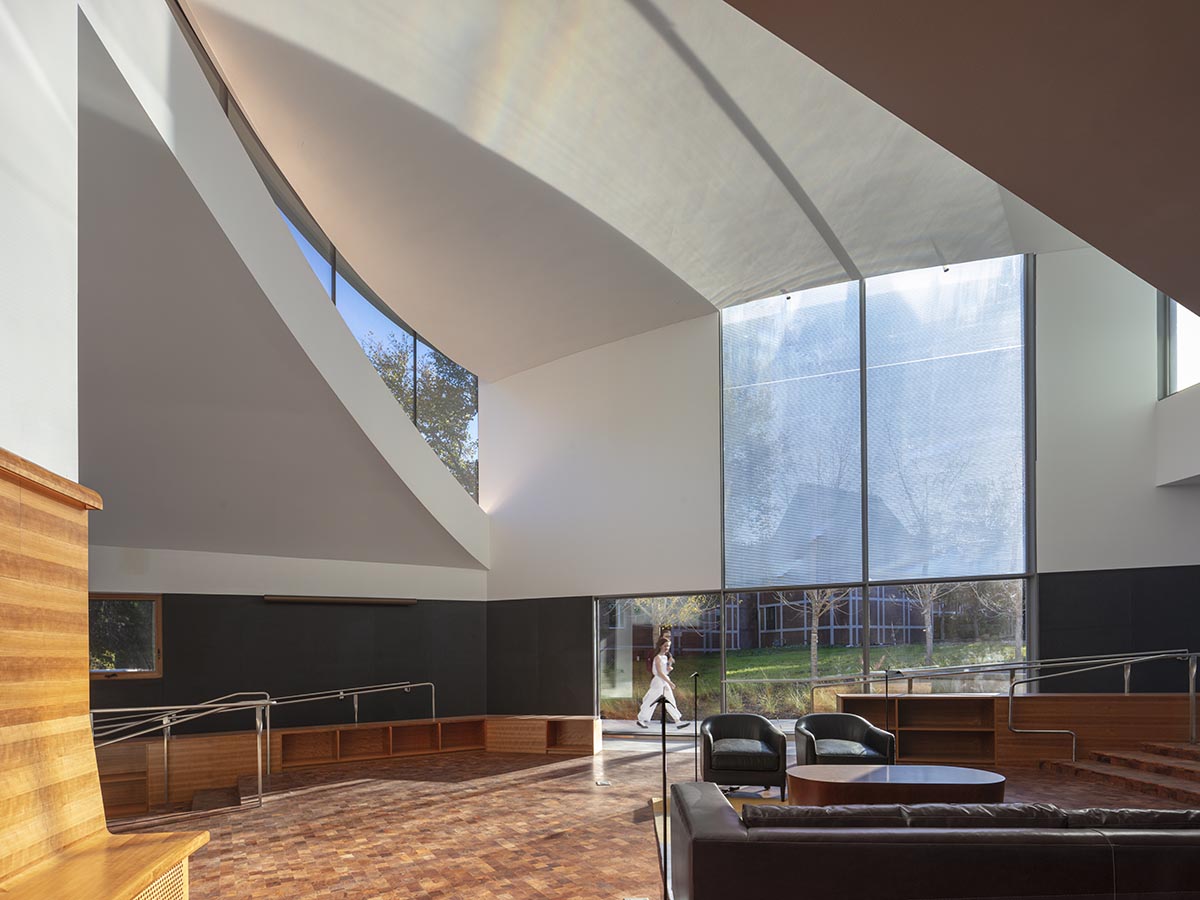 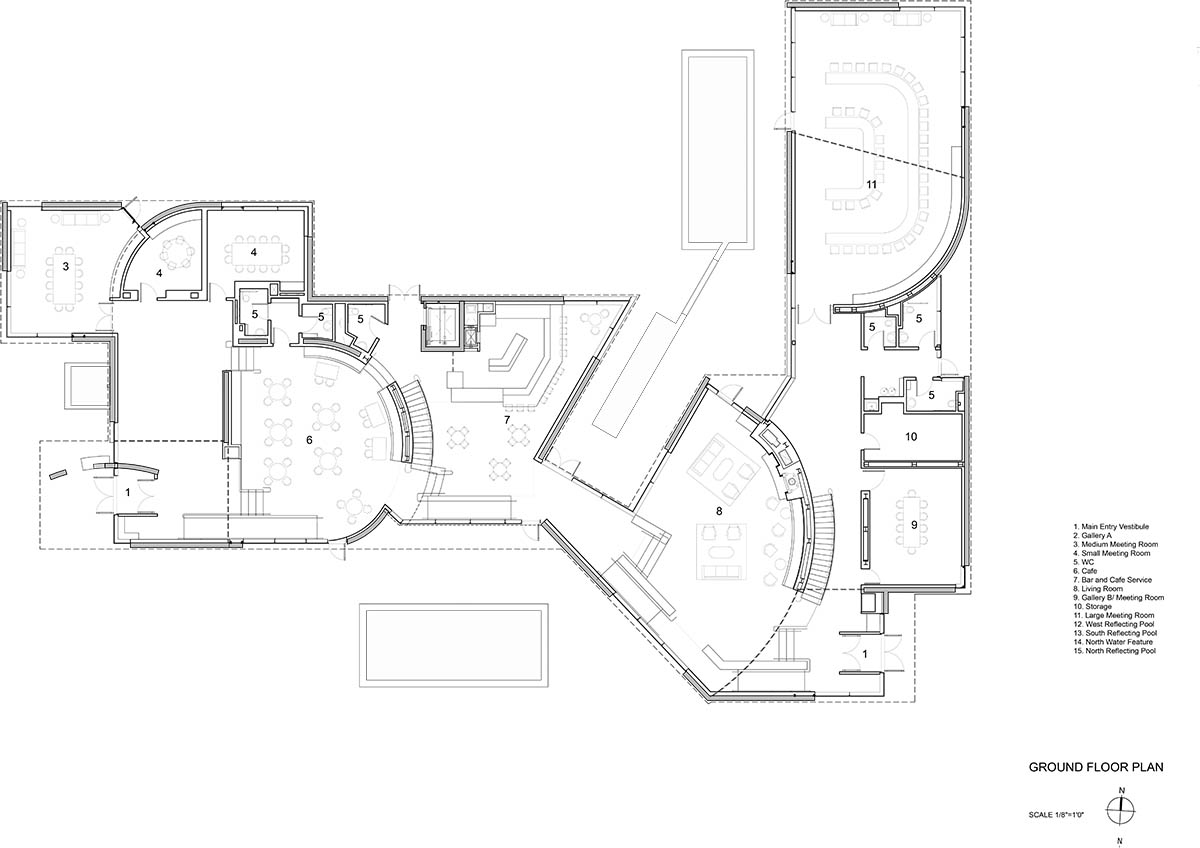 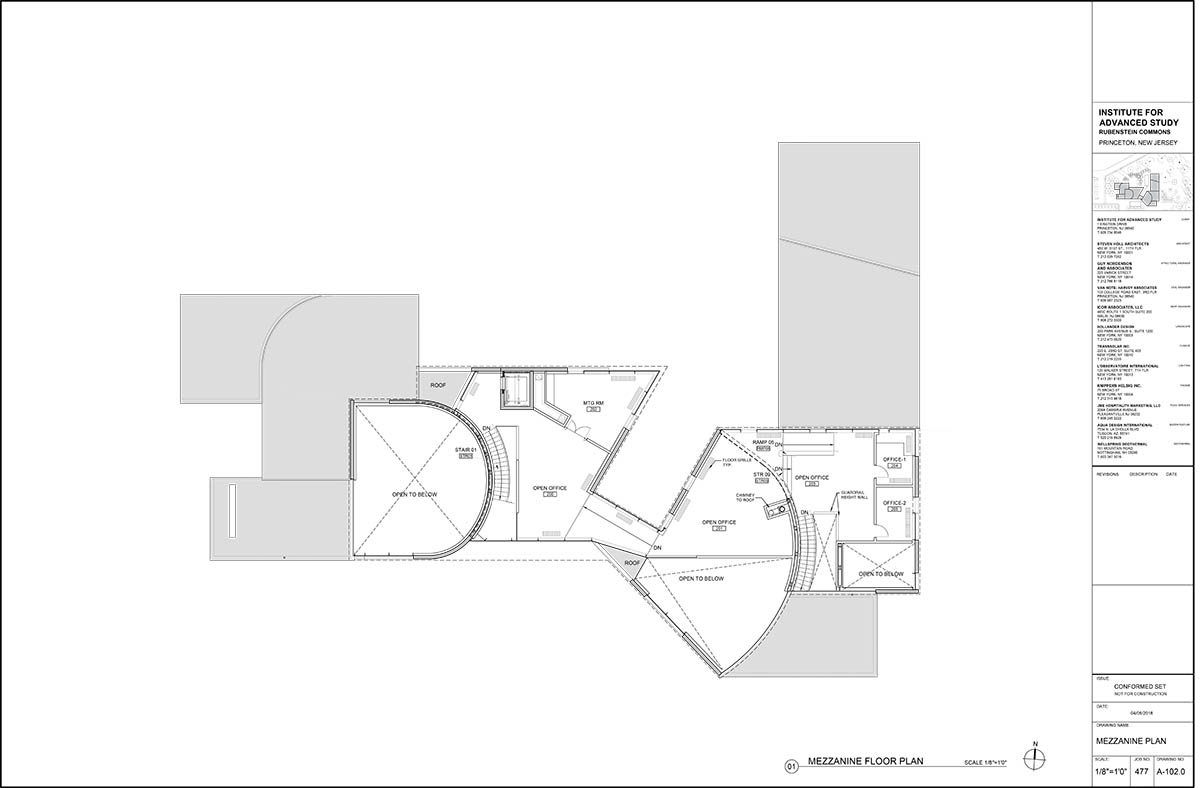 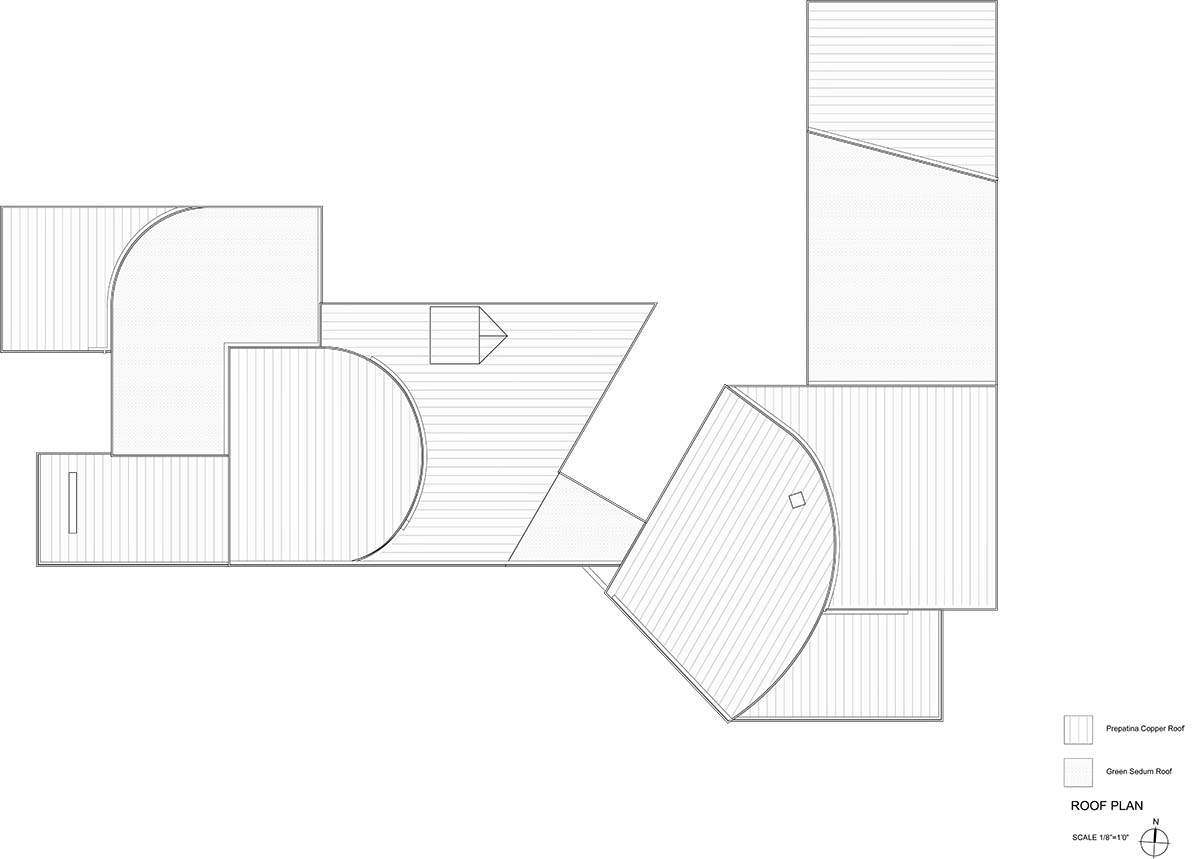 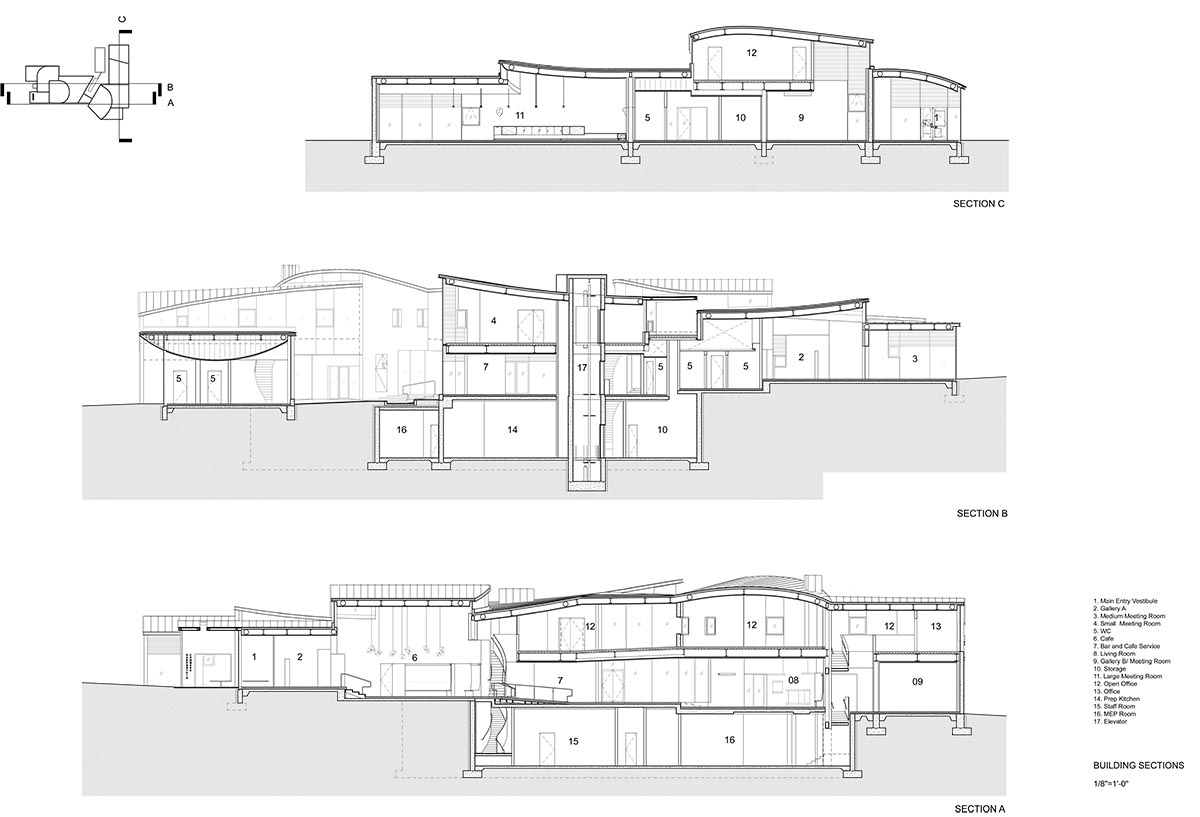 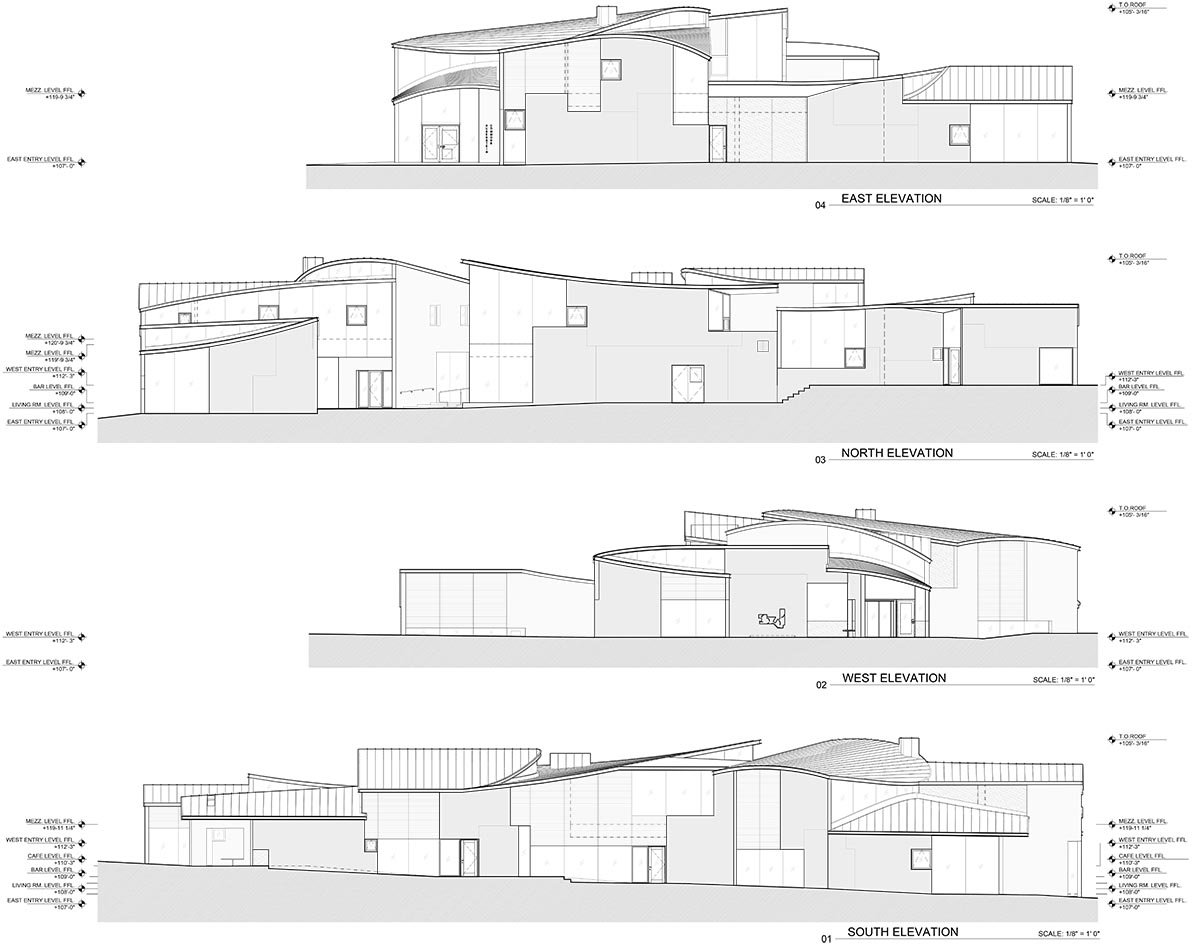 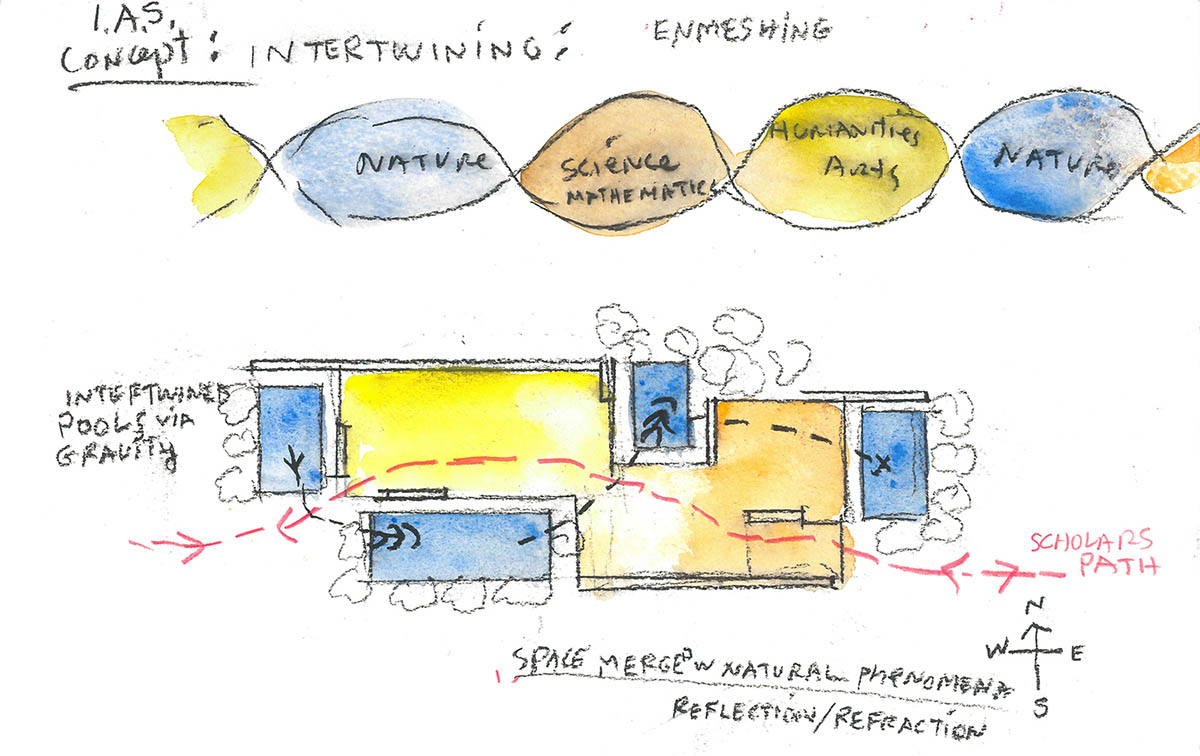 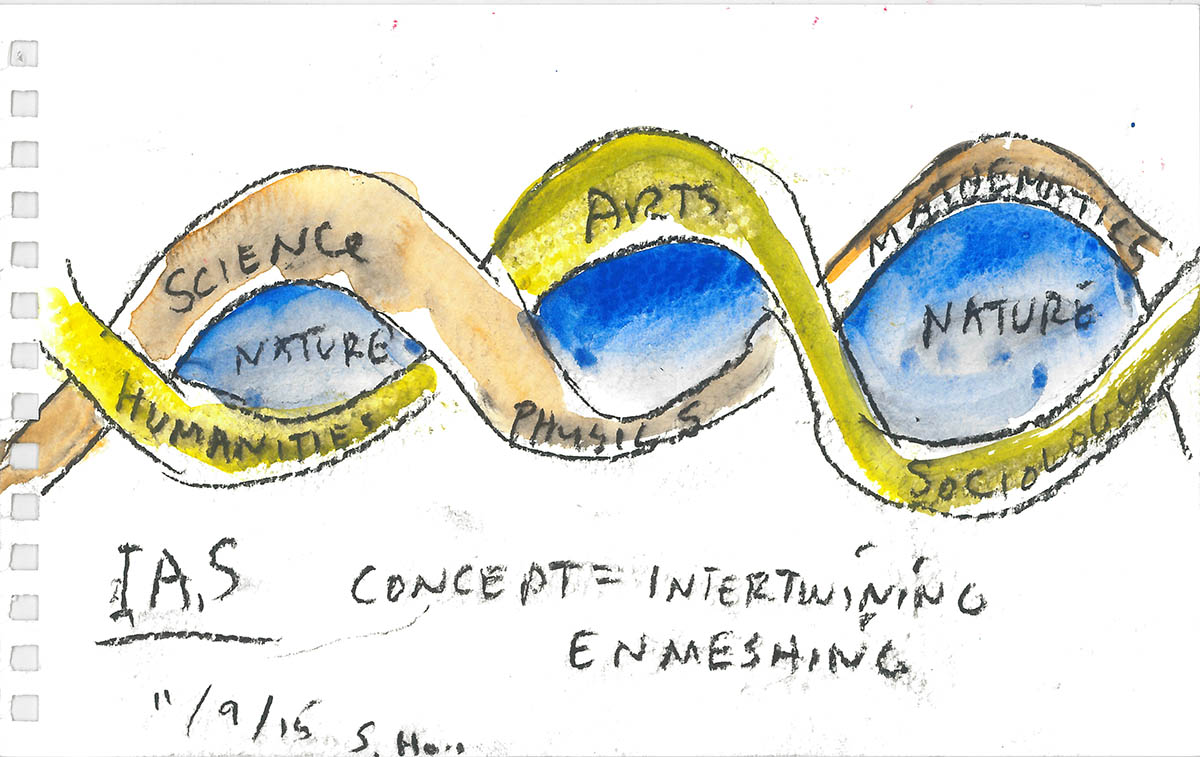 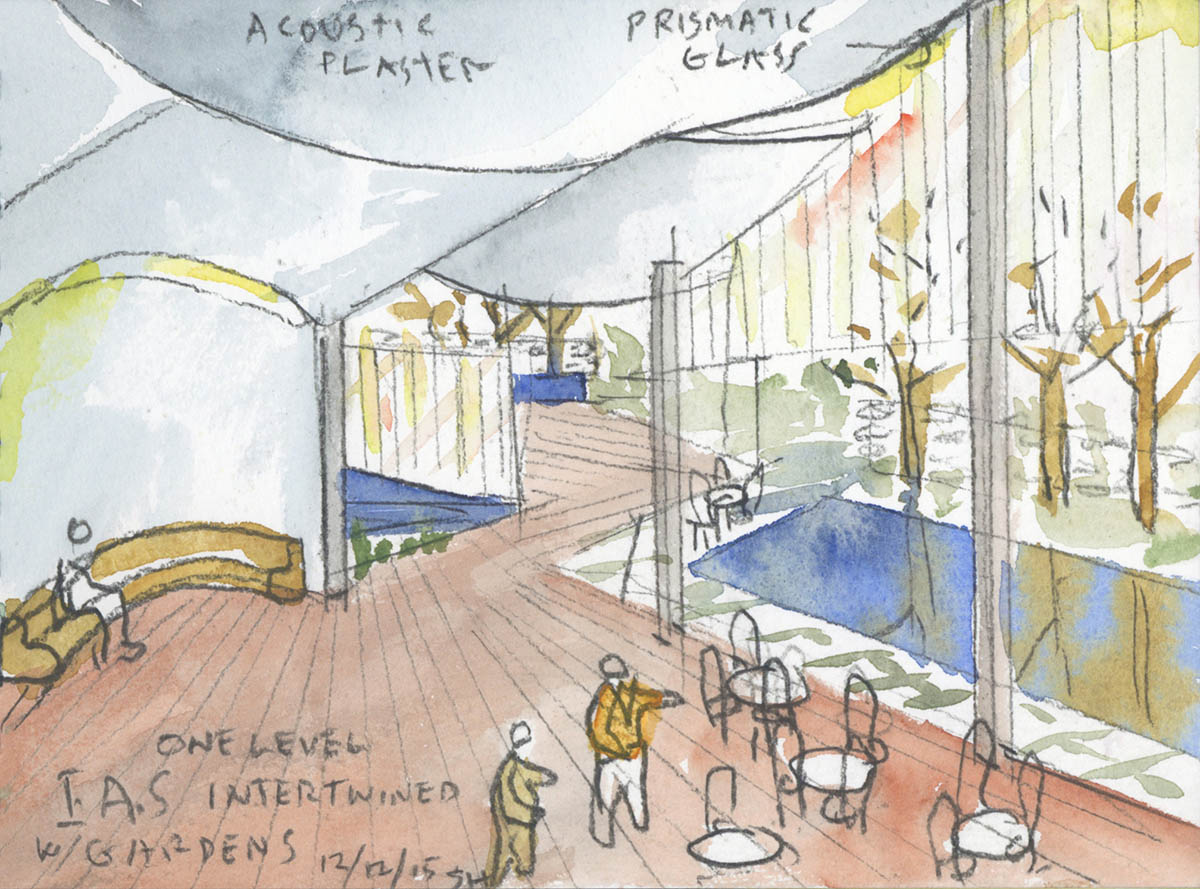 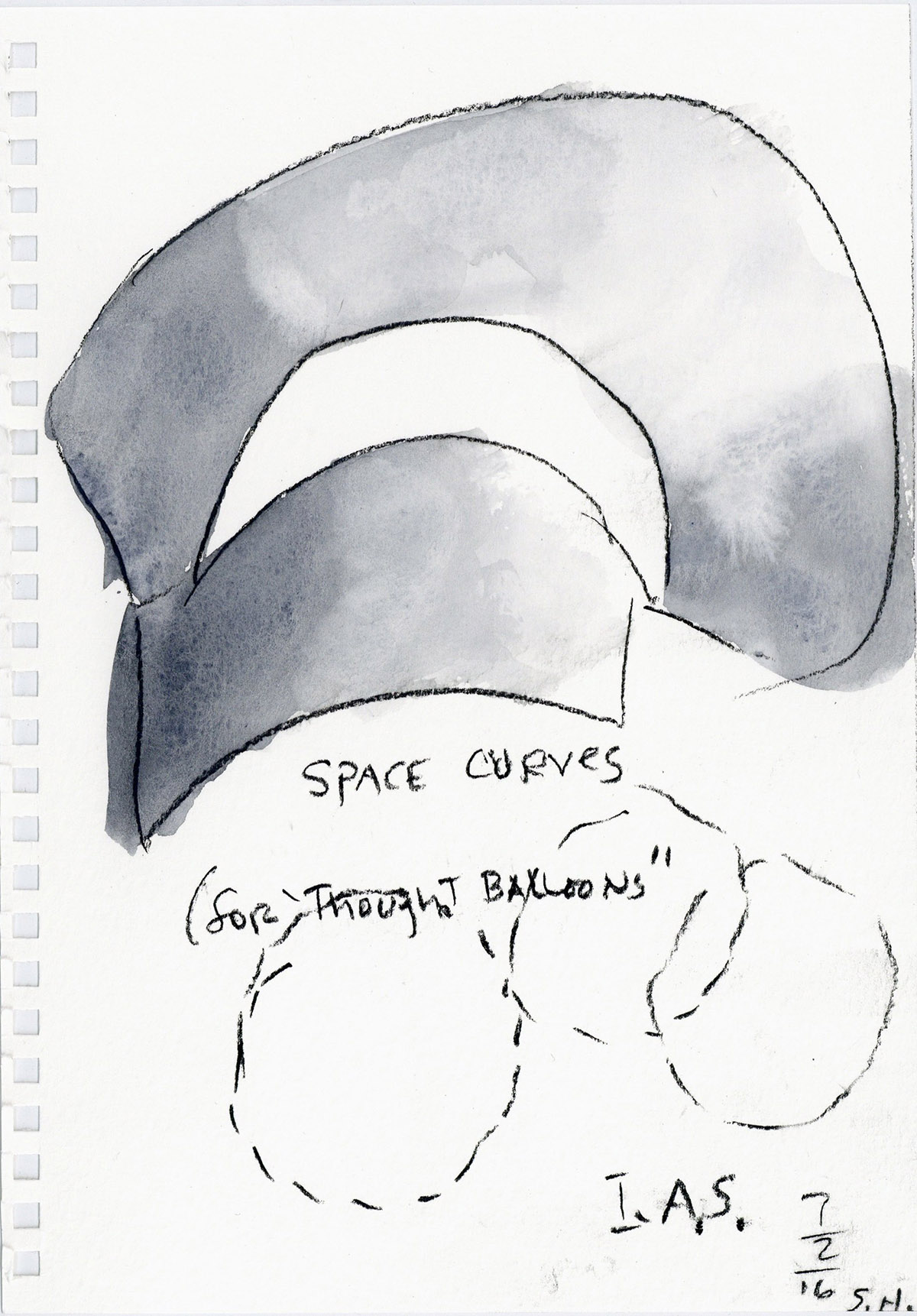 Working globally, the studio has three offices in New York City, the Hudson Valley, and Beijing. Steven Holl Architects also completed the Cofco Cultural and Health Center in Shanghai, China and the expansion of Hotel Loisium in Langenlois, Austria.