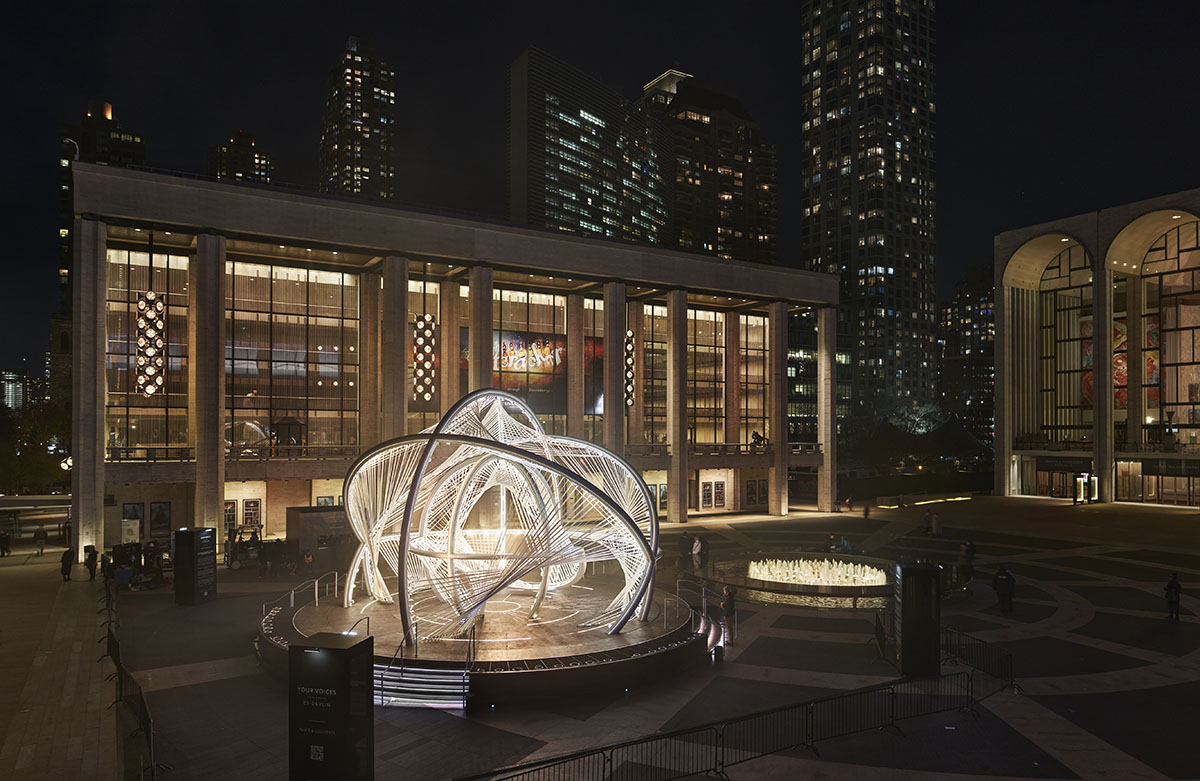 British artist and stage designer Es Devlin has designed an illuminated, kinetic sculpture that represents "the most linguistically diverse city on the planet" in New York.

The sculpture, called Your Voices, the sculpture is situated on Lincoln Center’s Josie Robertson Plaza in New York City and it will be on view from 6 to 18 December 2022.

The kinetic sculpture, made of 700 glowing cords, expresses the 700 languages currently spoken in New York City. Visitors can enter in the sculpture and feel themselves within a soundscape that can be heard from its surrounding. It is an installation where visitors get lost in an arc spiral. 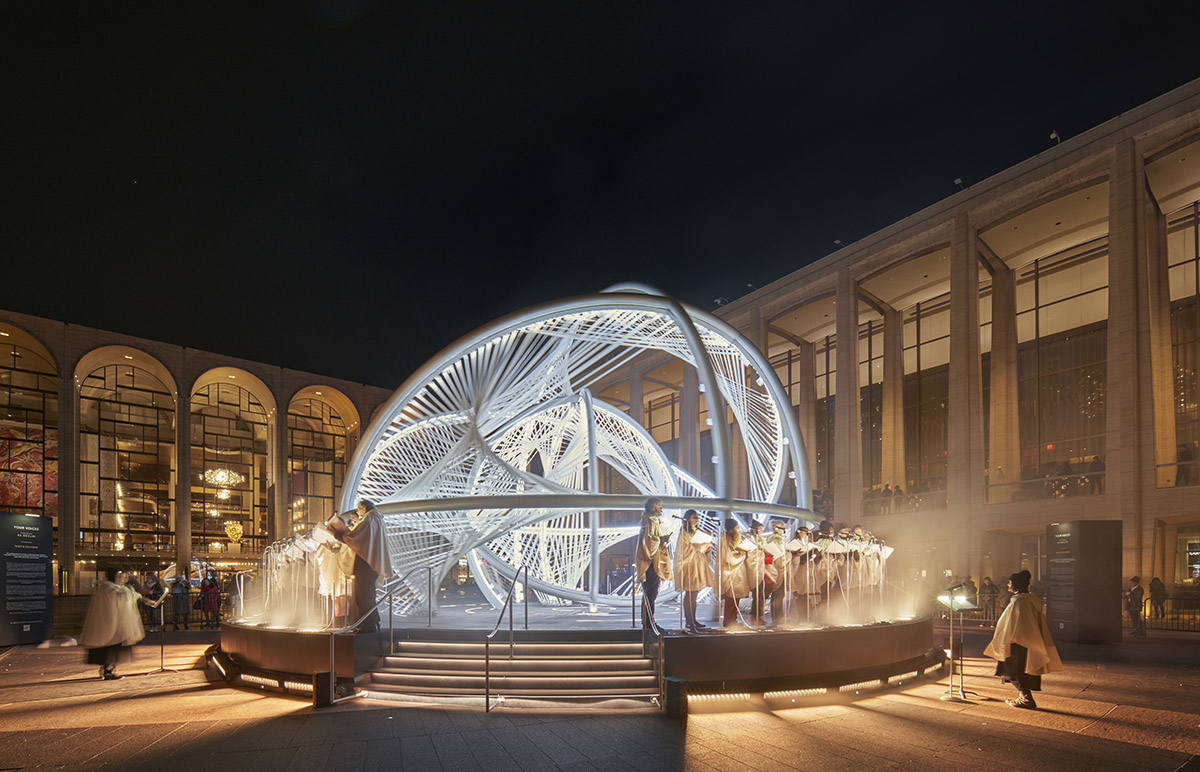 As a whole, the cords are stretched between a series of structural arcs, enveloping visitors within a revolving, illuminated network as it rotates north, south, east and west through a multilingual soundscape which interweaves languages drawn from all over the city: from Algerian Arabic, Alsation, Azeri and Ashanti to Zapotec, Zarma and Zulu. 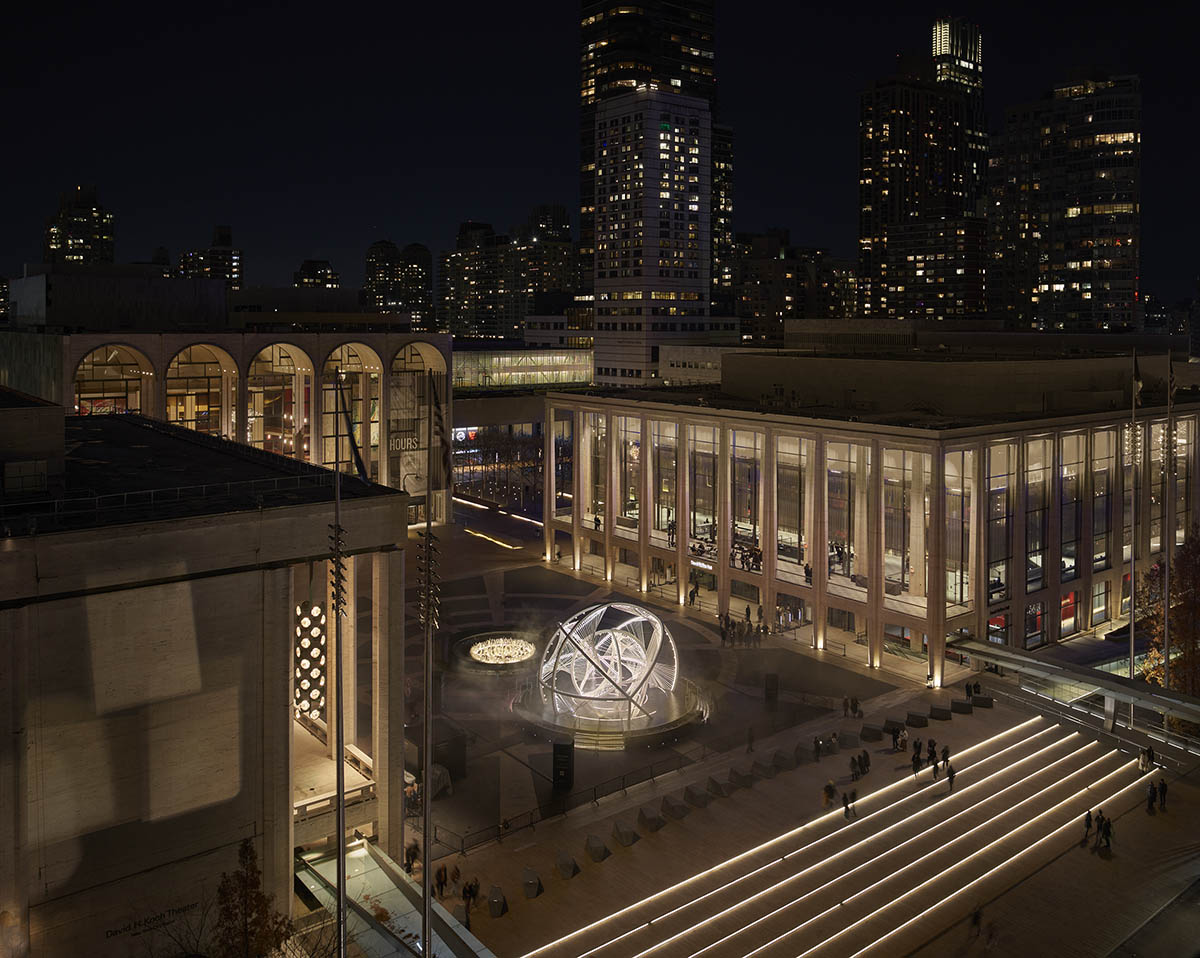 "The work responds to anthropologist Wade Davis’s observation: ‘Every language is an old growth forest of the mind, a watershed of thought, an entire ecosystem of spiritual possibilities," said Es Devlin.

"As the sculpture revolves, it acts as a lens between the viewer and their surroundings."

"The viewer’s perspective is spliced and framed by the shifting strands of the sculpture as it turns, evoking the way our perspectives are enriched and shaped by experiencing the linguistic structures and identities of others, amidst a soundscape composed by the contemporary composers, Polyphonia, in which the powerful text from EM Forster’s 1910 novel Howards End has been translated into multiple overlaid languages: “Only connect, and live in fragments no longer.," she added. 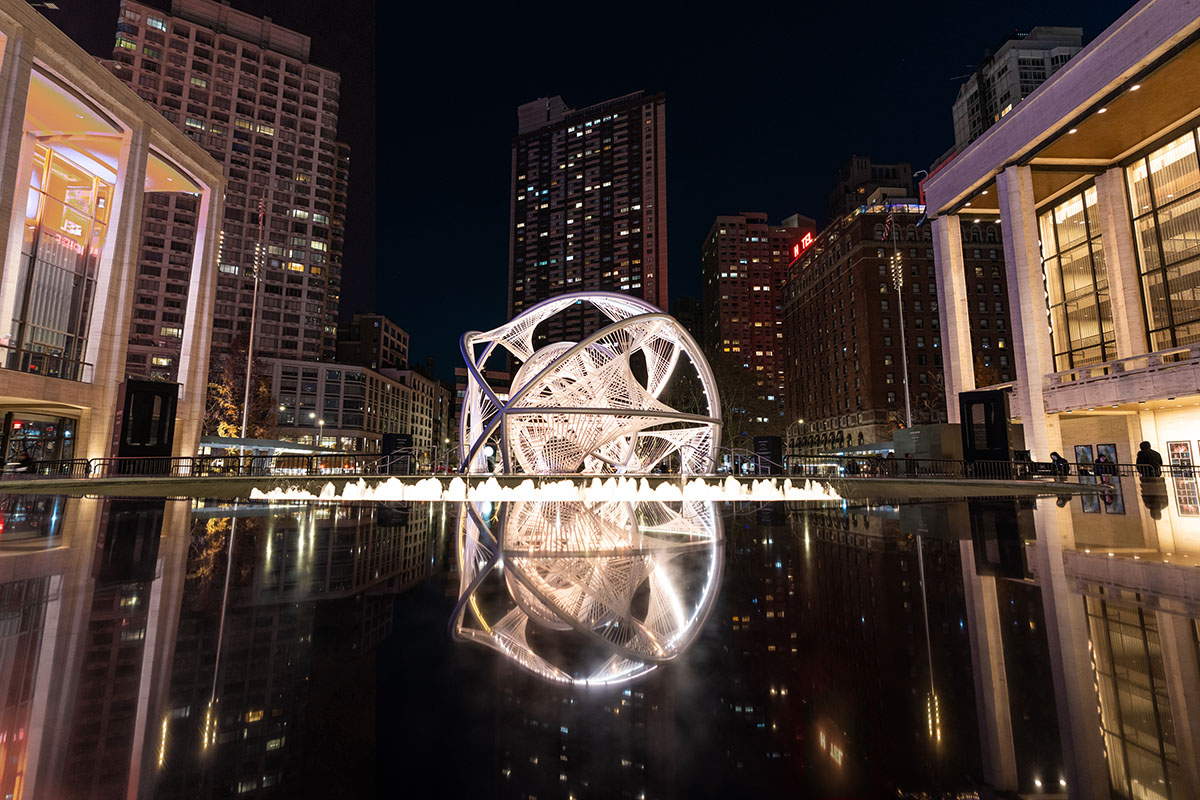 Every language is a vast library of cultural, historical, and biological knowledge gathered over centuries and New York City is a living linguistic library.

The luminous harmonics of this work aim to draw our attention to the complex beauty of New York’s linguistic diversity and celebrate its vital role in the resilience and civic sustainability of the city and its future. 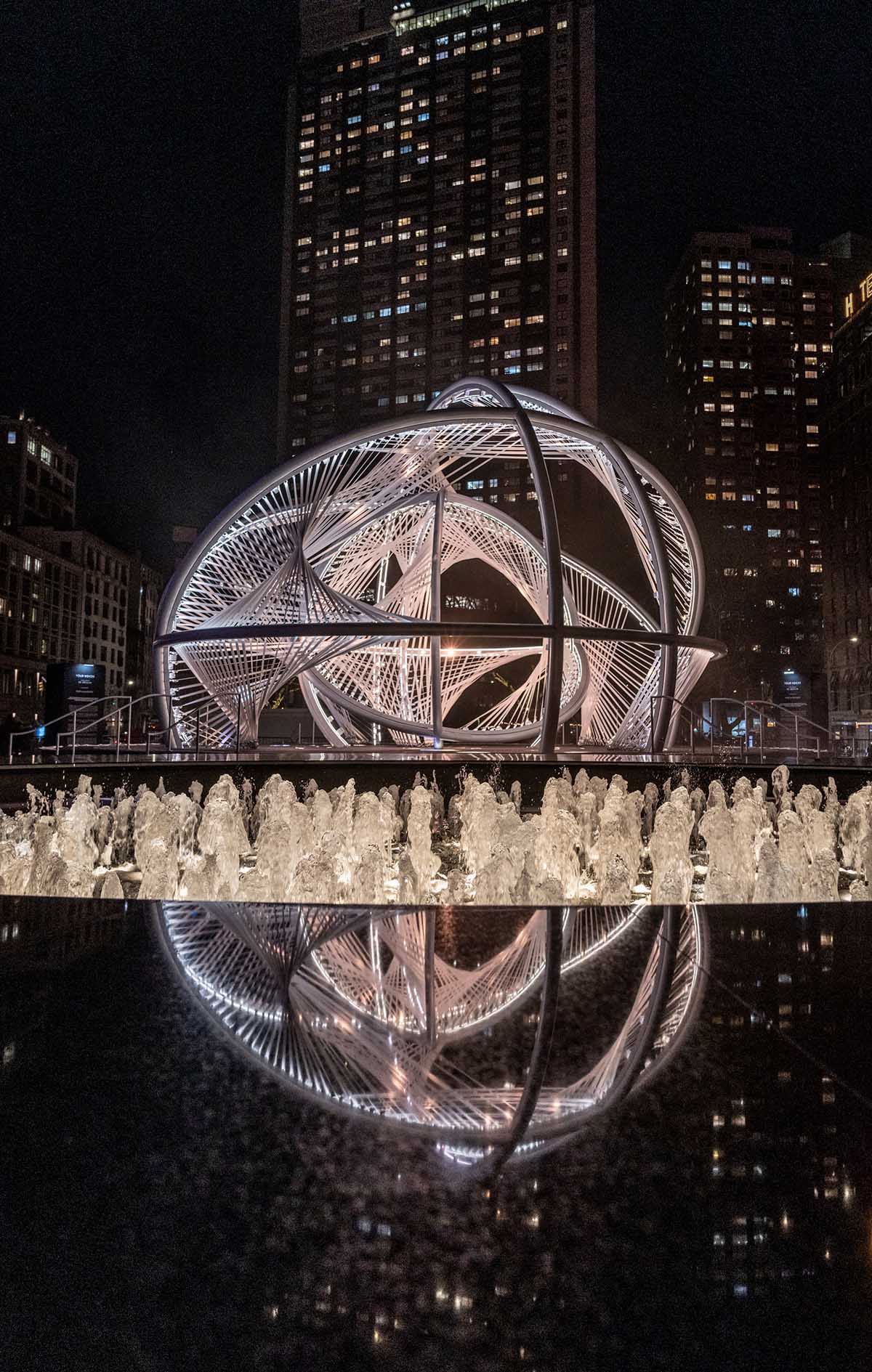 Commissioned by Moet and Chandon, the sculpture has been made in association with the Endangered Language Alliance.

Thanks to this installation, visitors are encouraged to learn more about their work in protecting and cultivating linguistic diversity. 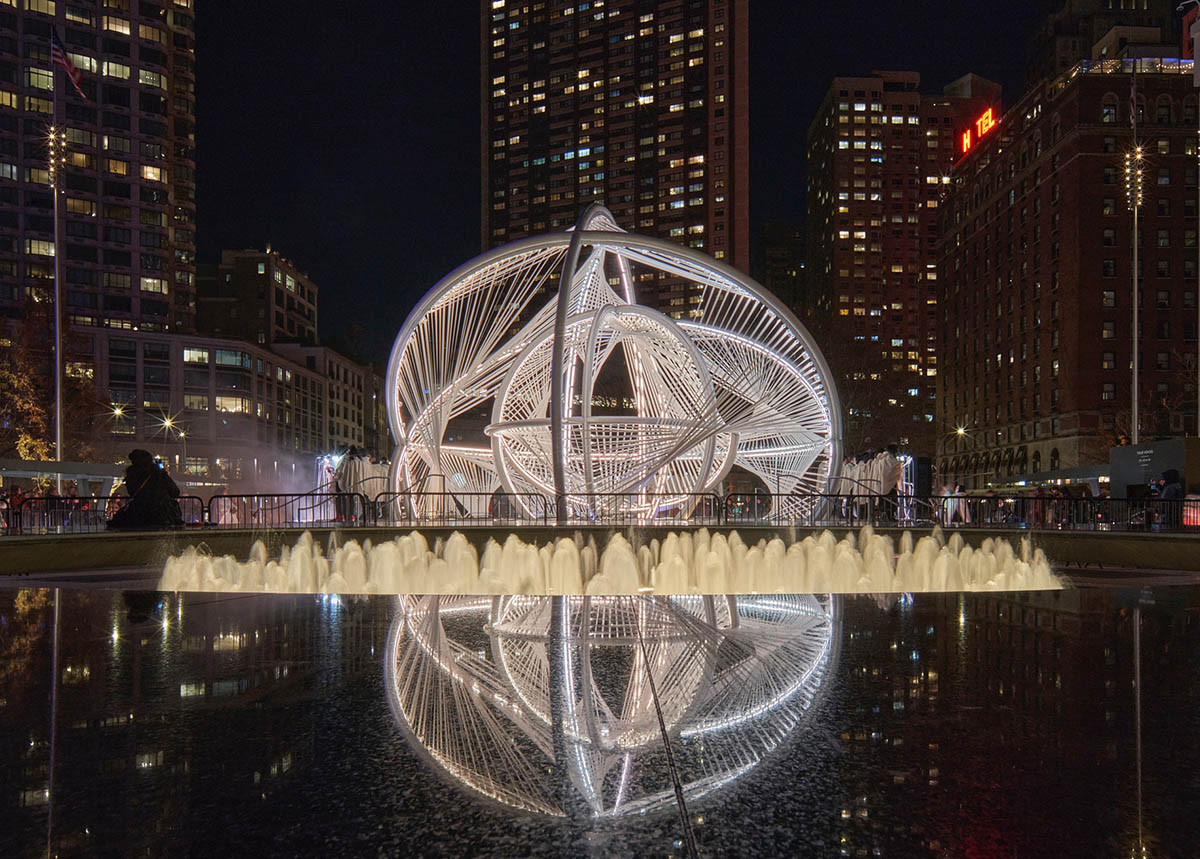 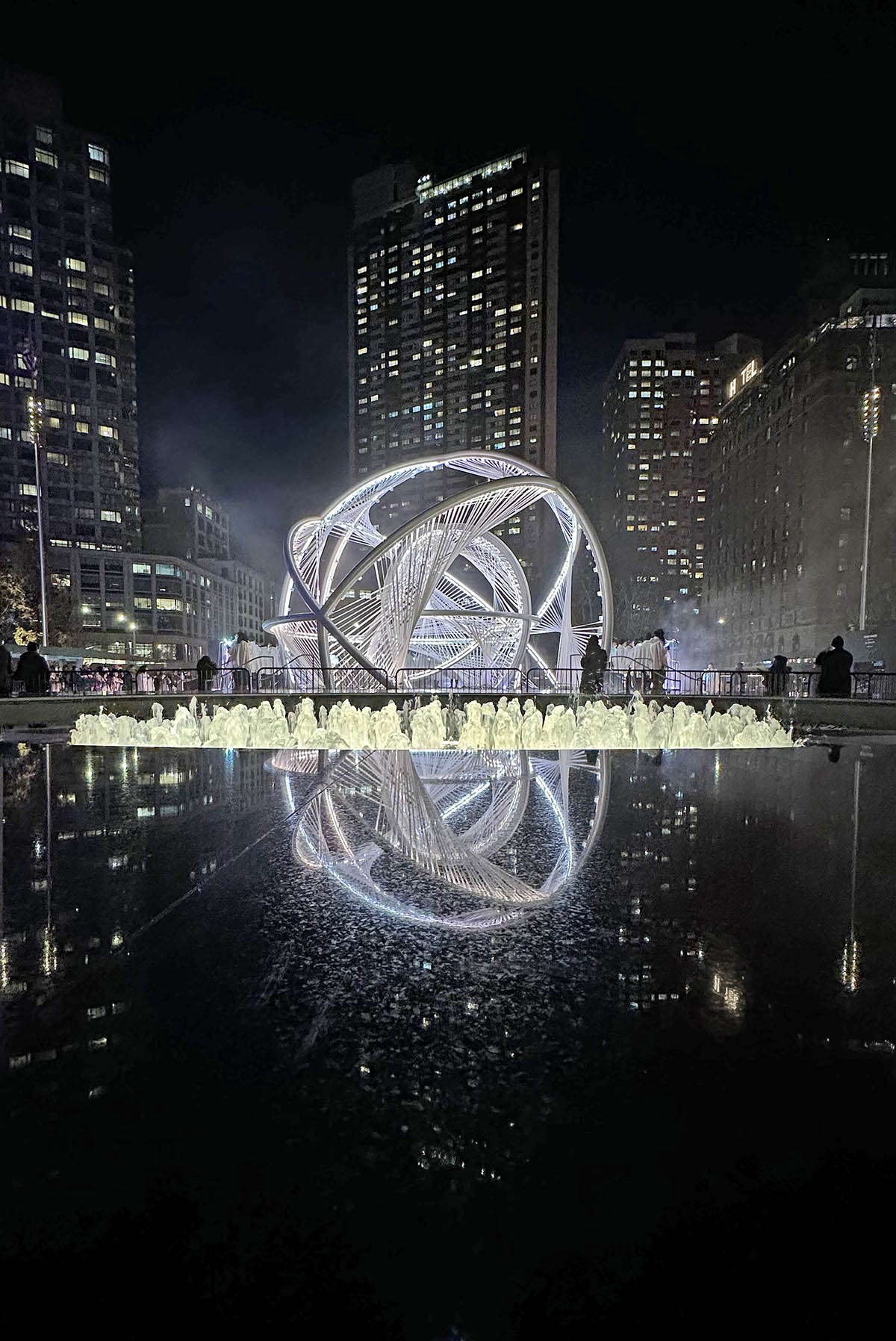 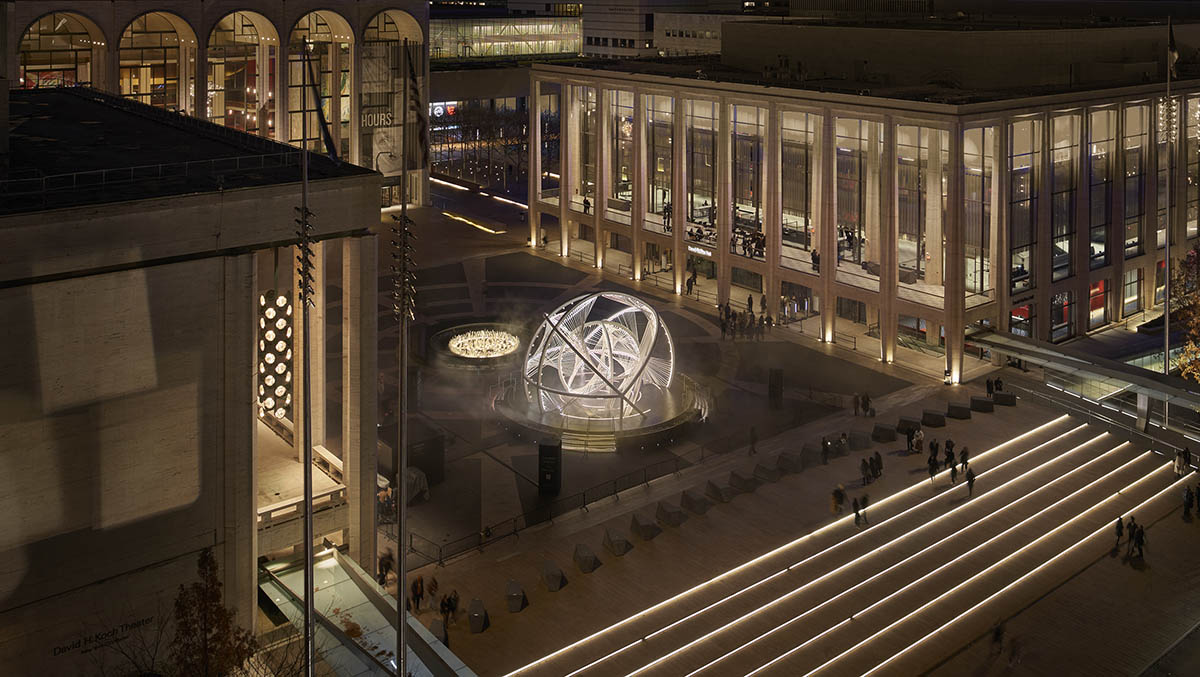 Your Voices can be visited between 6- 18 December 2022 on Lincoln Center’s Josie Robertson Plaza.

Es Devlin previously designed Come Home Again, the large-scale sculpture was illuminated with Devlin’s her own pencil drawings of the 243 species with special projection.

Devlin also created an installation, titled Conference of the Trees, a temporary forest of 197 trees and plants, at The New York Times Climate Hub at the SWG3 Arts Centre in Glasgow during the COP26 climate conference.