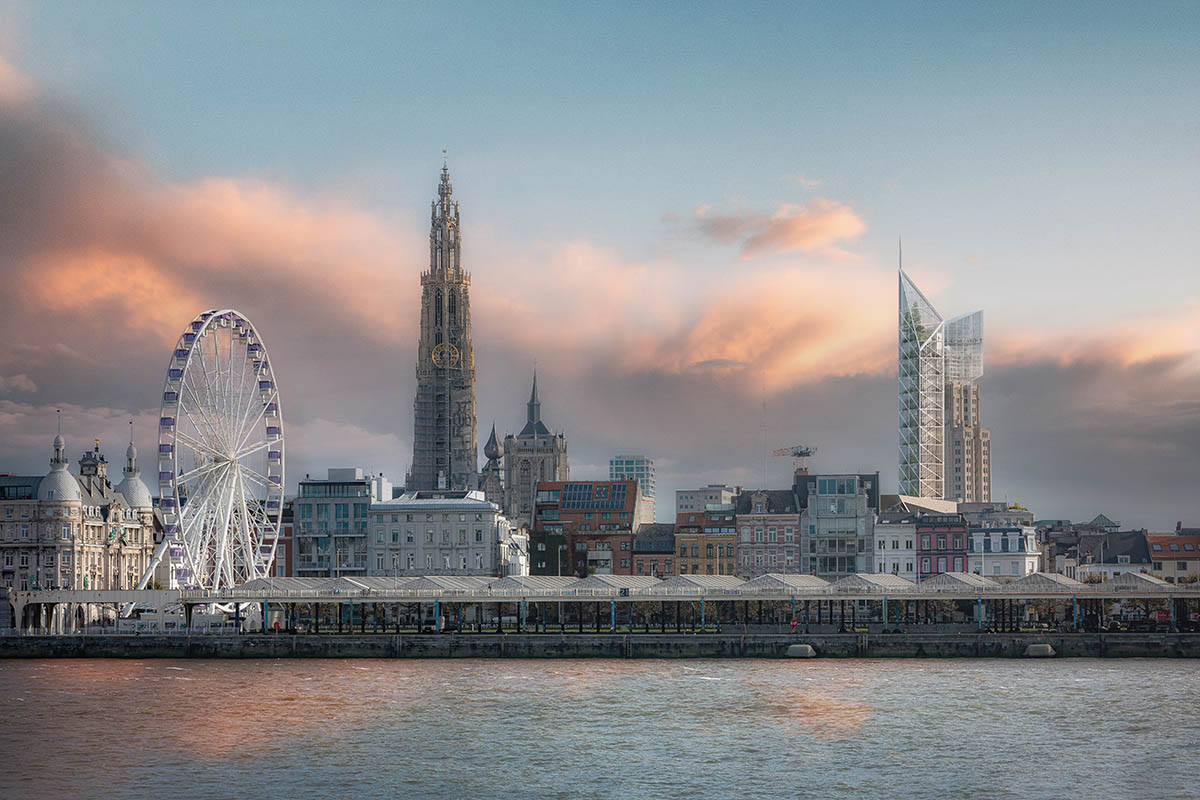 Daniel Libeskind, founder of Studio Libeskind, has been selected to transform the iconic Boerentoren tower, located in the centre of Antwerp, Belgium, into a major new public cultural centre.

The art-deco style tower, officially known as the KBC Tower, was designed by Jan Van Hoenacker, and when constructed between 1929 and 1932, the Boerentoren Tower was the first skyscraper on the European continent and recognized as the "tallest building and the second tallest structure of any kind in the city until 2019."

Libeskind will crown the tower with an angular glass extension atop and a vertical transparent shaft that will be filled with plenty of plants and greenery at the rear façade. 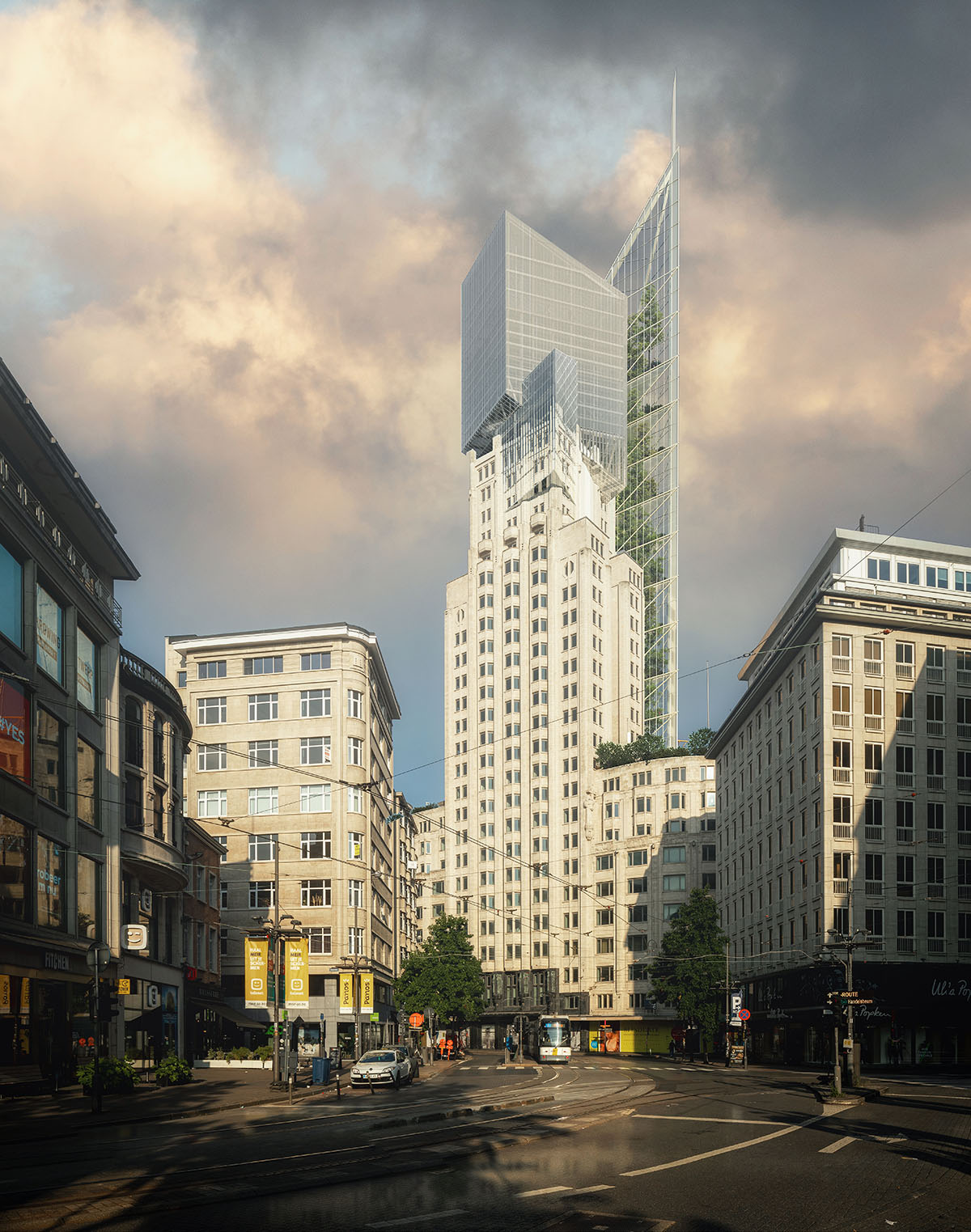 The tower will feature exhibition spaces, a panoramic viewing platform, a rooftop sculpture garden and new restaurants and bars.

If everything goes on a plan, the project is expected to be opened to the public in 2028.

The Boerentoren Tower was originally designed as a residential tower, later it became a bank headquarters after the Second World War.

In 1981, the tower was recognised as a protected monument and became part of the classified heritage of Flanders under the supervision of the Flanders Heritage Department and Heritage Antwerp.

The tower was acquired by Katoen Natie in 2020 to transform the tower into a cultural institution. The centre will house The Phoebus Foundation's historic collection of port heritage through temporary and permanent exhibitions.

In the new design, Libeskind will preserve and restore the original features of the Boerentoren tower and the architect will enhance its landmark status through his distinguished architectural approach and design.

According to the studio's press release, "almost the entire building will primarily house the Phoebus Art Experience comprising art from The Phoebus Foundation art collection with a separate gallery space dedicated to exhibiting the foundation's historic collection of port heritage."

Predominantly, The Phoebus Foundation "will be at the core of the tower's cultural function". The design of the Boerentoren is set to be built to "become the new cultural hub of Antwerp." 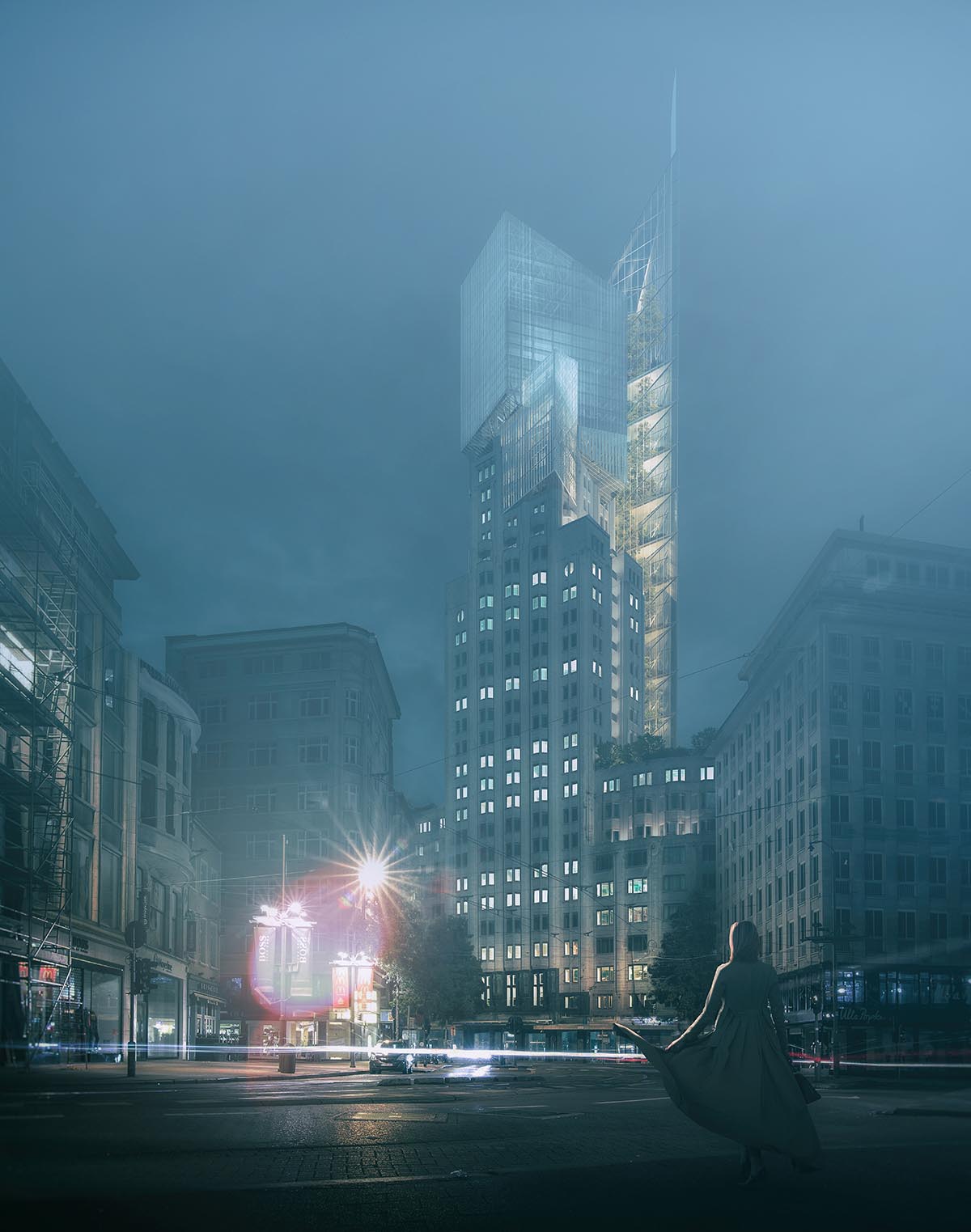 While other details about the project were not disclosed, VRT news reported that Daniel Libeskind will work with Belgian architects ELD on the project. According to the same source, Libeskind's name was chosen as the result of a competition launched by Katoen Natie.

Katoen Natie's goal was to preserve the architectural heritage of the Boerentoren, while creating a value for its cultural and public use, providing new exhibition halls.