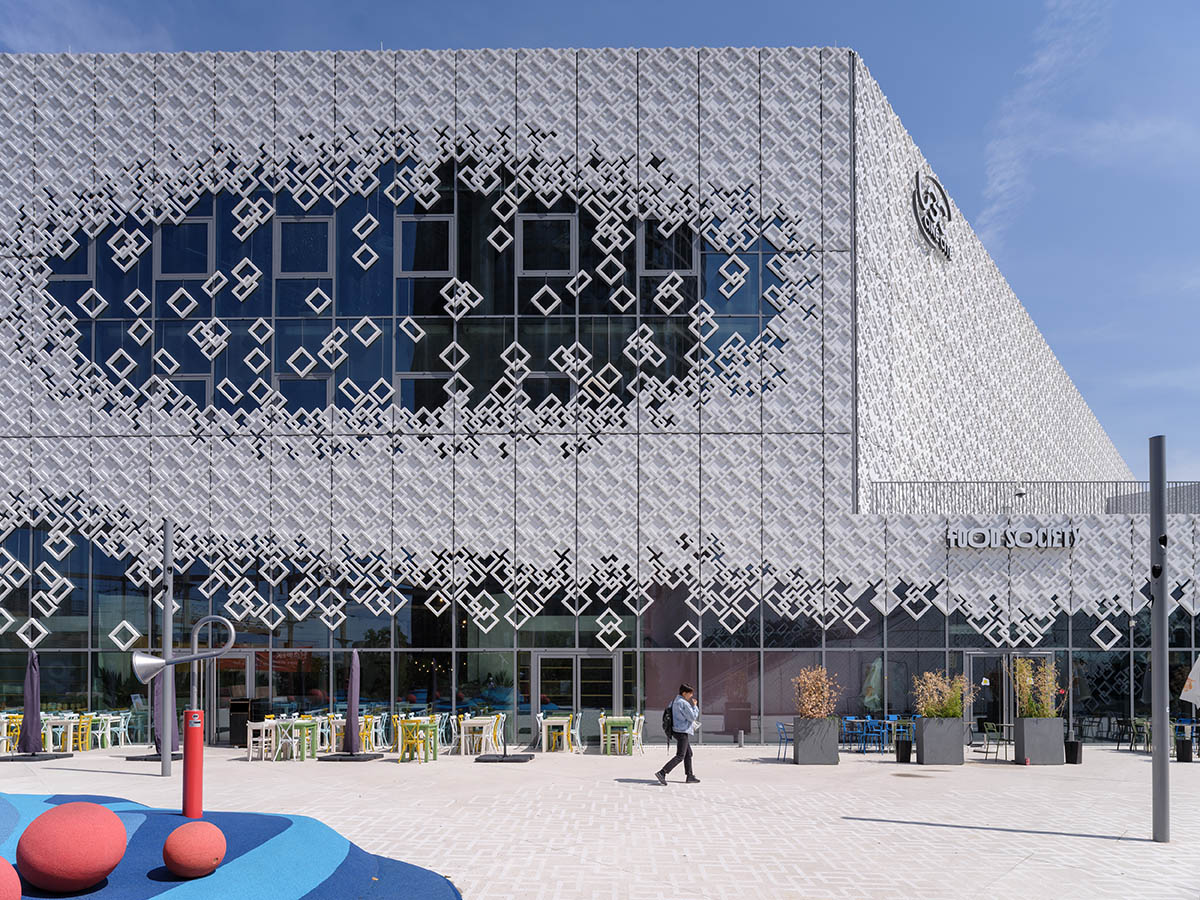 MVRDV has completed the transformation of a historic shopping centre in Lyon, France by adding a lace-looking façade that comprises a pattern of interlocking rectangles.

Named Lyon Part-Dieu, the 180,000-square-metre shopping centre was revived from its original structure, which was built in the 1970s, as part of a major renovation including the surrounding district.

MVRDV unveiled its conceptual plans in 2016 and completed the building in 2022.

The shopping centre appears to be completed with the same design elements as the first conceptual images presented in the renderings. 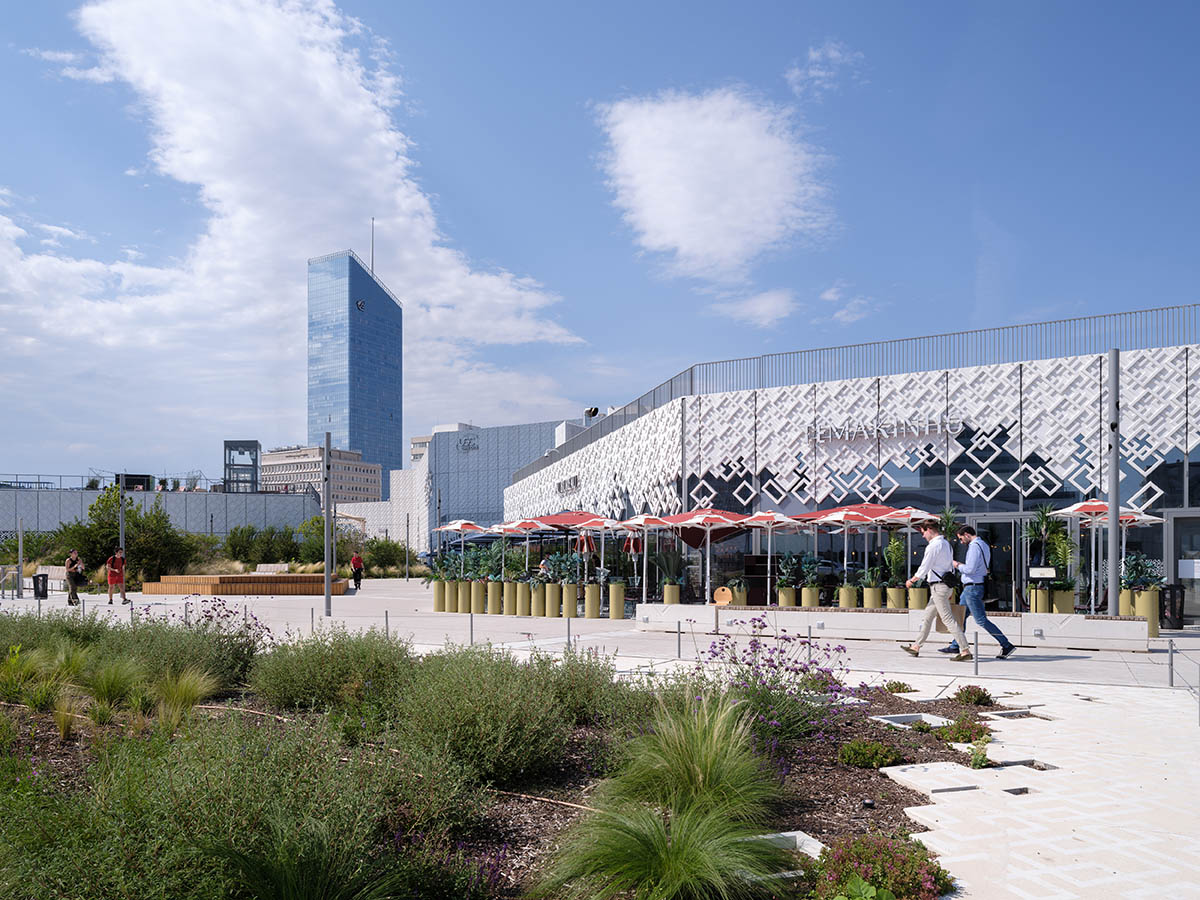 The new project is “re-socialising” the shopping centre and transforming Lyon’s city centre, according to MVRDV.

Proposing an extensive transformation in 2016, MVRDV sustainably maintained a significant amount of the existing building’s materials in the design and construction process.

The studio's new design scheme consists of rearrangement of internal programmes, addition of more space, replacement of a redundant car park, addition of large windows, redesign of the characteristic old concrete façade, and addition of an expansive rooftop park connected to the city by monumental stairs. "Designed in an era when cars ruled city planning, the original design of La Part-Dieu was an introverted behemoth – it was among the largest urban shopping centres in Europe, yet had little connection to the streets around it," said MVRDV.

Considering the fact that the old shopping centre had been managed by its introvert design, the new scheme replaced the old car park and rearranged the building’s interior spaces to rationalise circulation. 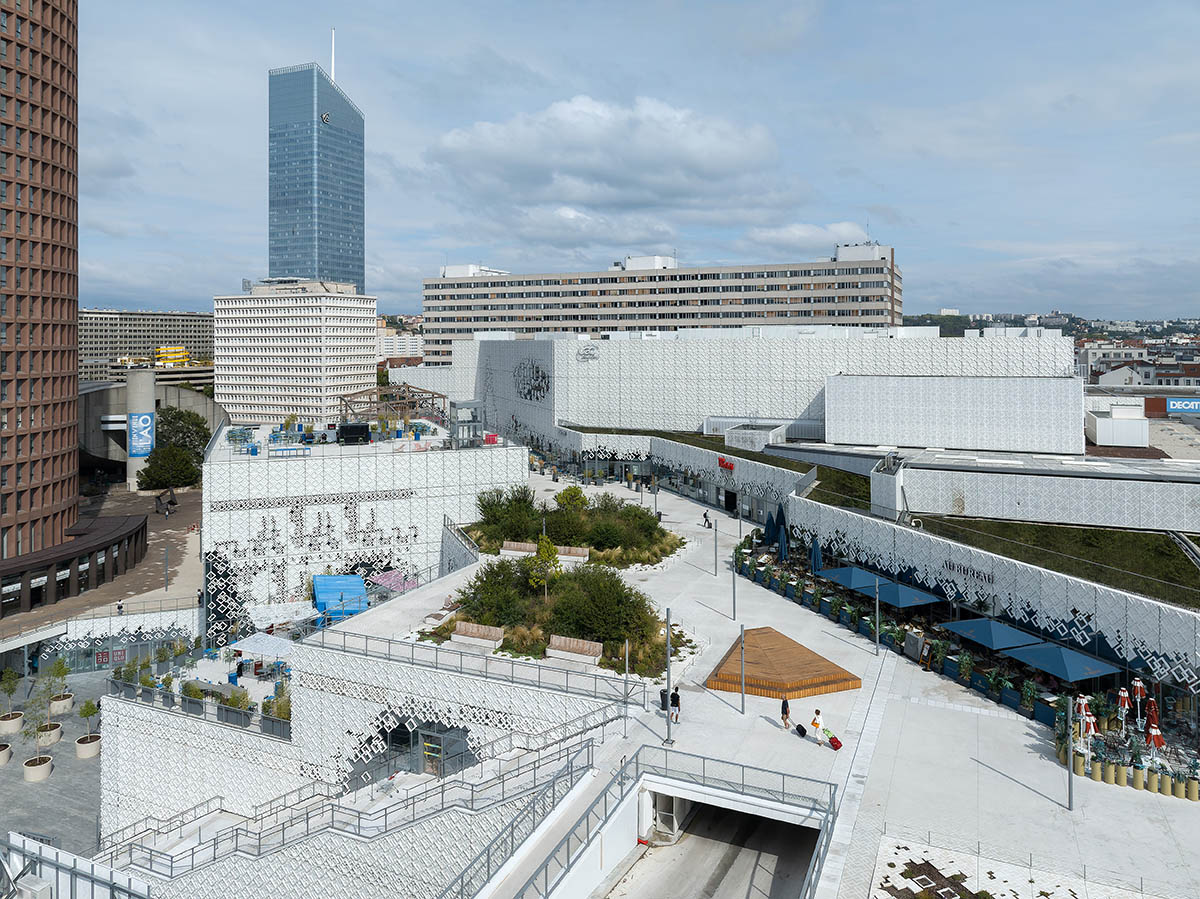 Besides this, the studio added new extensions covering a toral of 32,000-square-metres of leasable space to the existing 130,000 square metres.

Despite the dramatic transformation, the studio paid homage to the history of the building by preserving the building's some materials. 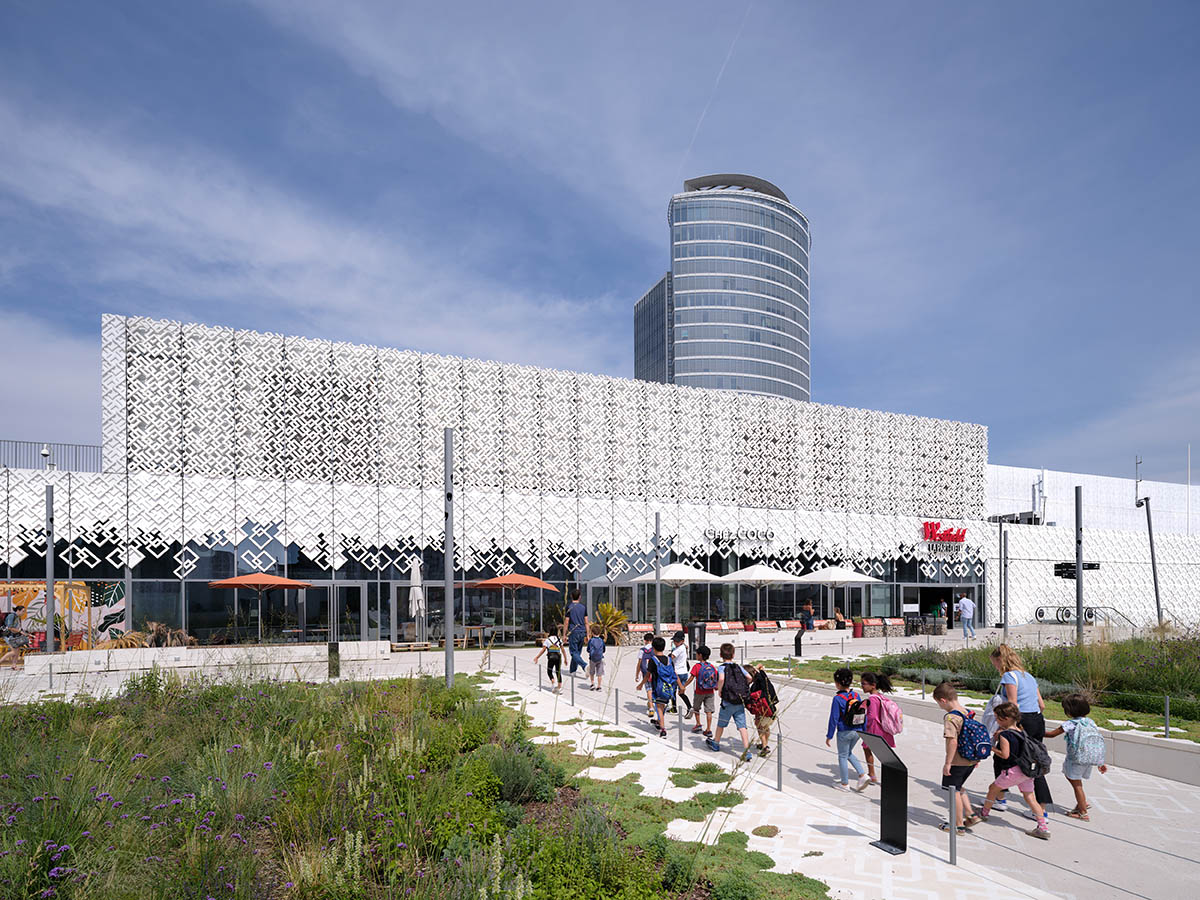 For instance, the studio preserved the concrete panels that composed the distinctive original façade and reused in line with circular economy principles, retaining the pattern of interlocking rectangles that characterised the original building’s striking visual identity.

The existing concrete panels were a dull beige, as the studio said, however, they are now designed fresh and white.

The same material approach is implemented on the extensions as well, offering a modern twist; at the entrances and other key locations. "The façade ‘evaporates’ to reveal large windows, reinforcing the building’s openness, creating a physical and symbolic gesture heralding the gateway to a revitalised Lyon Part-Dieu," the studio added. 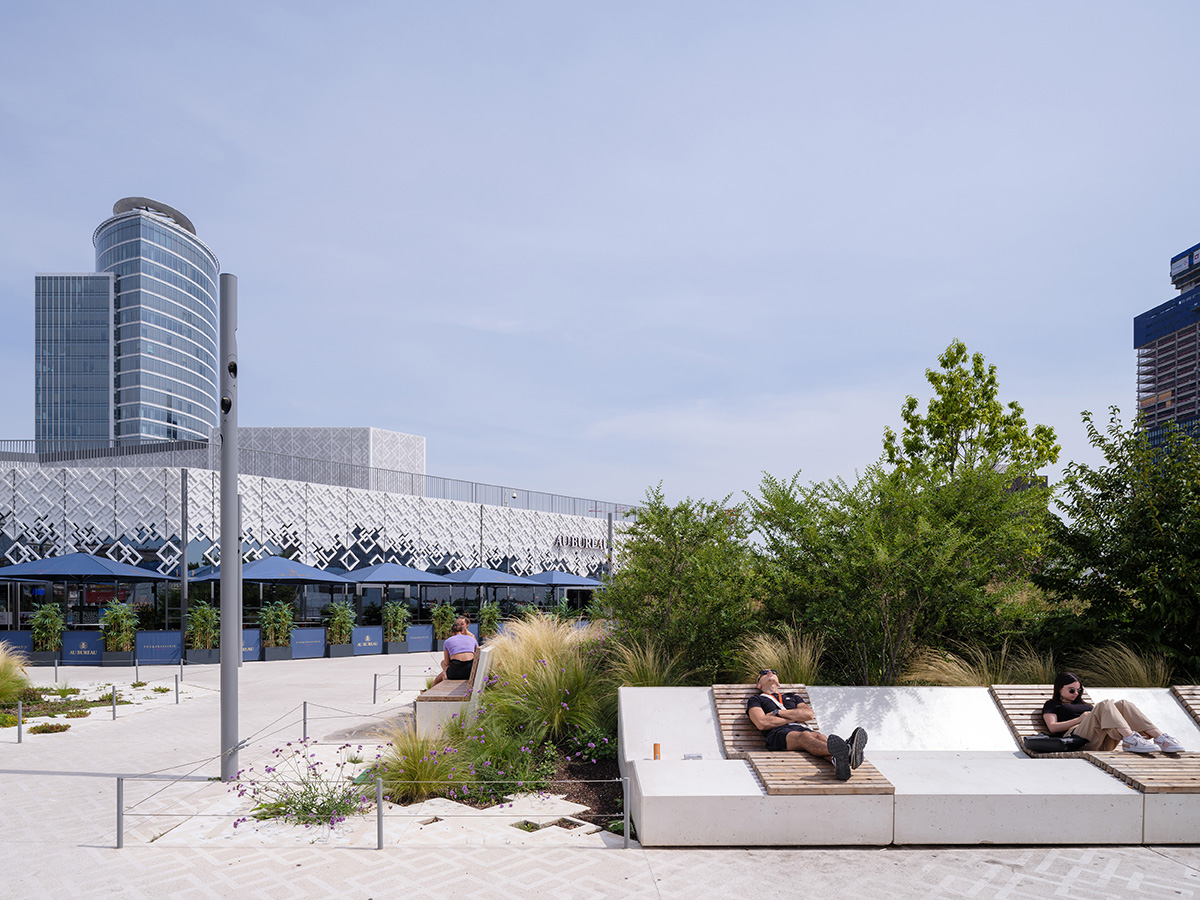 The project was led by MVRDV founding partner Winy Maas and he said: “The joy of this new façade is the many different things people think of when they see it."

"Perhaps it’s fabric lace, and the edges have burned off; maybe it’s sugar that has dissolved; it could be snowflakes, and they are beginning to melt."

"All of these evocative images are in stark contrast to the heavy, unfriendly mass that characterised the building before. It turns the old monster into a gracious Grande Dame," Maas added. 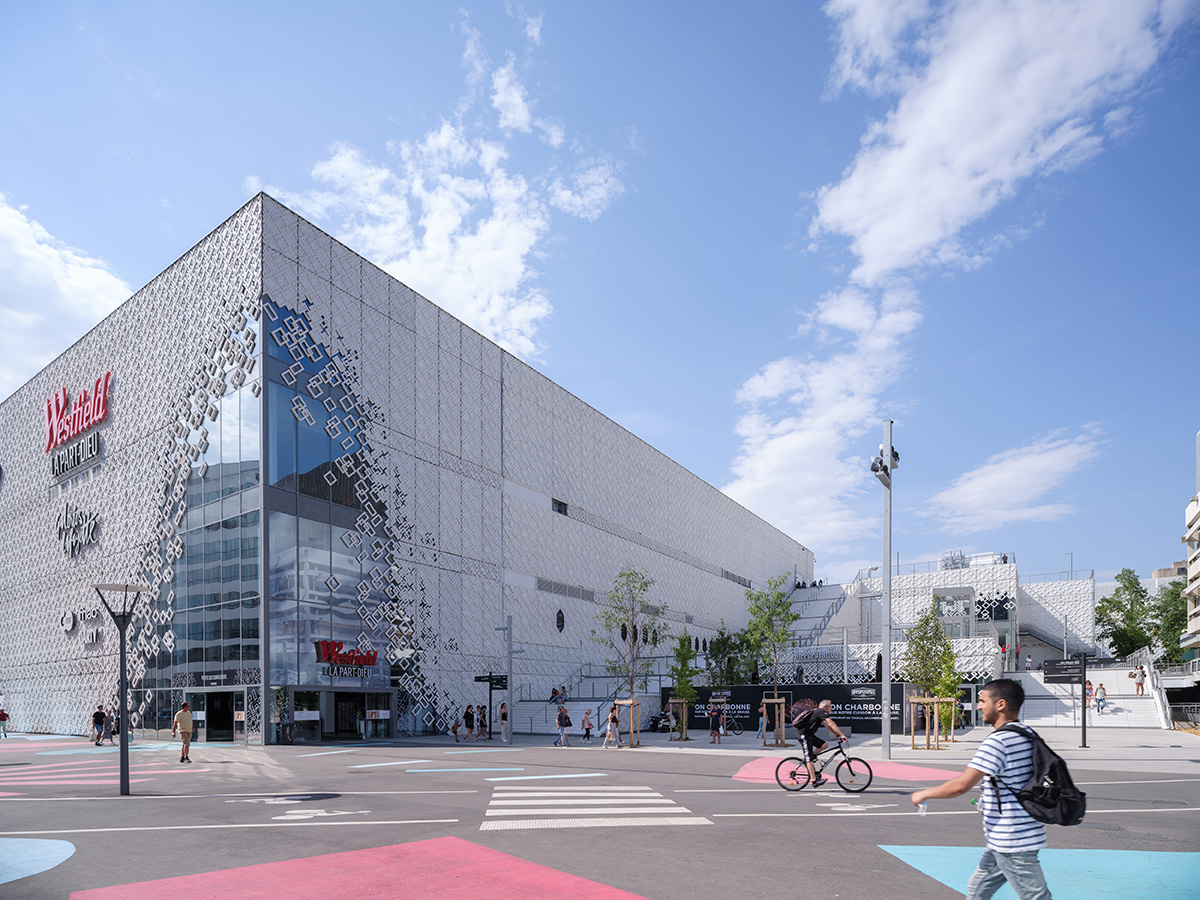 Another significant component of the transformation is on the roof. MVRDV adds a grand staircase next to the shopping centre’s main entrances, leading visitors to a multi-level rooftop garden that connects three sides of the building.

Opening up the roof of the shopping centre towards the city, restaurants and cafés as well as green spaces, comfortable seating, and play areas for children are arranged on this rooftop and terraces that become a true piece of the city, connecting parts of the city – including the city’s main Part-Dieu train station – that were previously detached from one another. 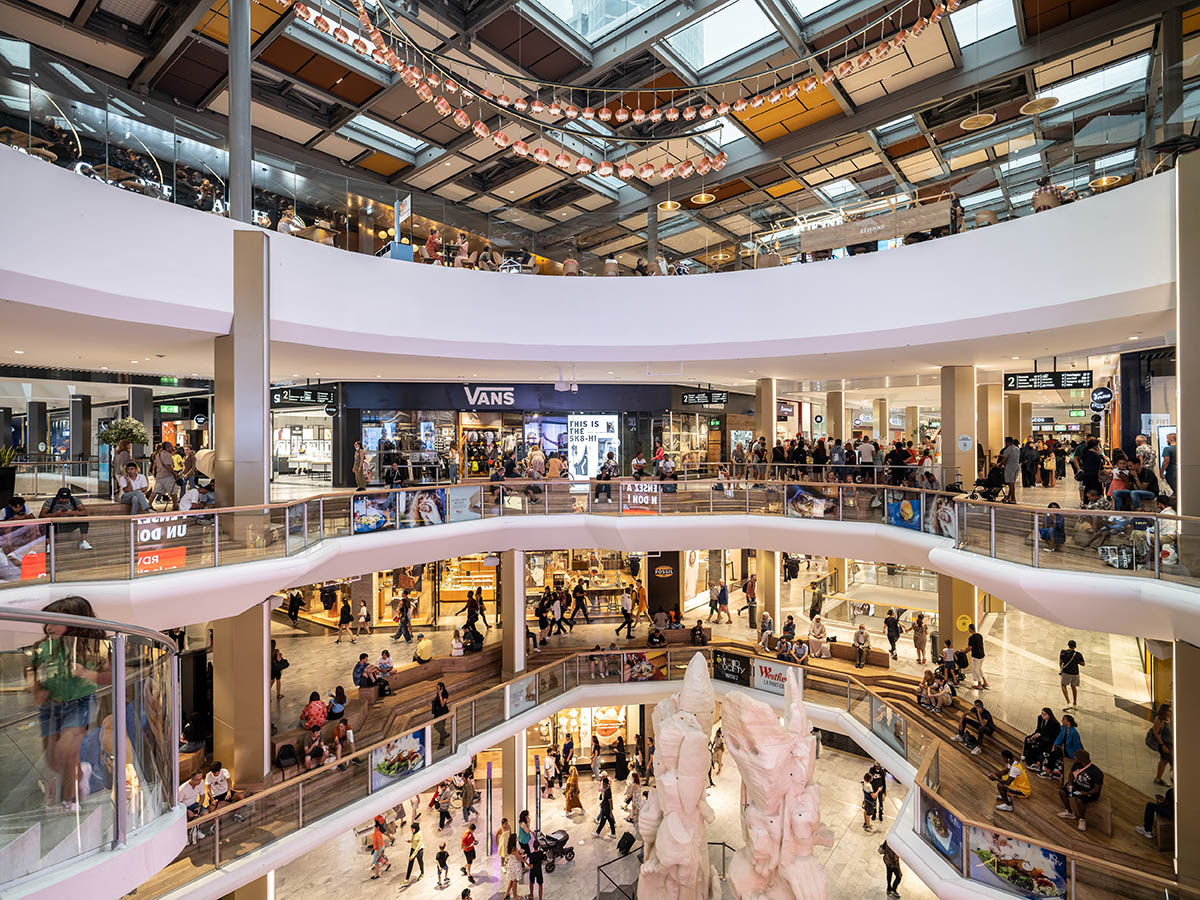 "People can now take multiple routes through or over the building to cross the vast site; the shopping centre becomes a kind of public plateau, a vantage point that allows people to orient themselves within the city," added the studio.

"When we can shop online from the comfort of our sofas, a shopping centre – especially one in the middle of the city – needs to offer a complete experience, with shopping complemented by a variety of leisure activities," Maas continued.

"Lyon Part-Dieu is now more porous and contemporary, permeated by daily life. From its green public roof garden, you can relax, meet people, take in the views, and find solace away from the bustling streets below." 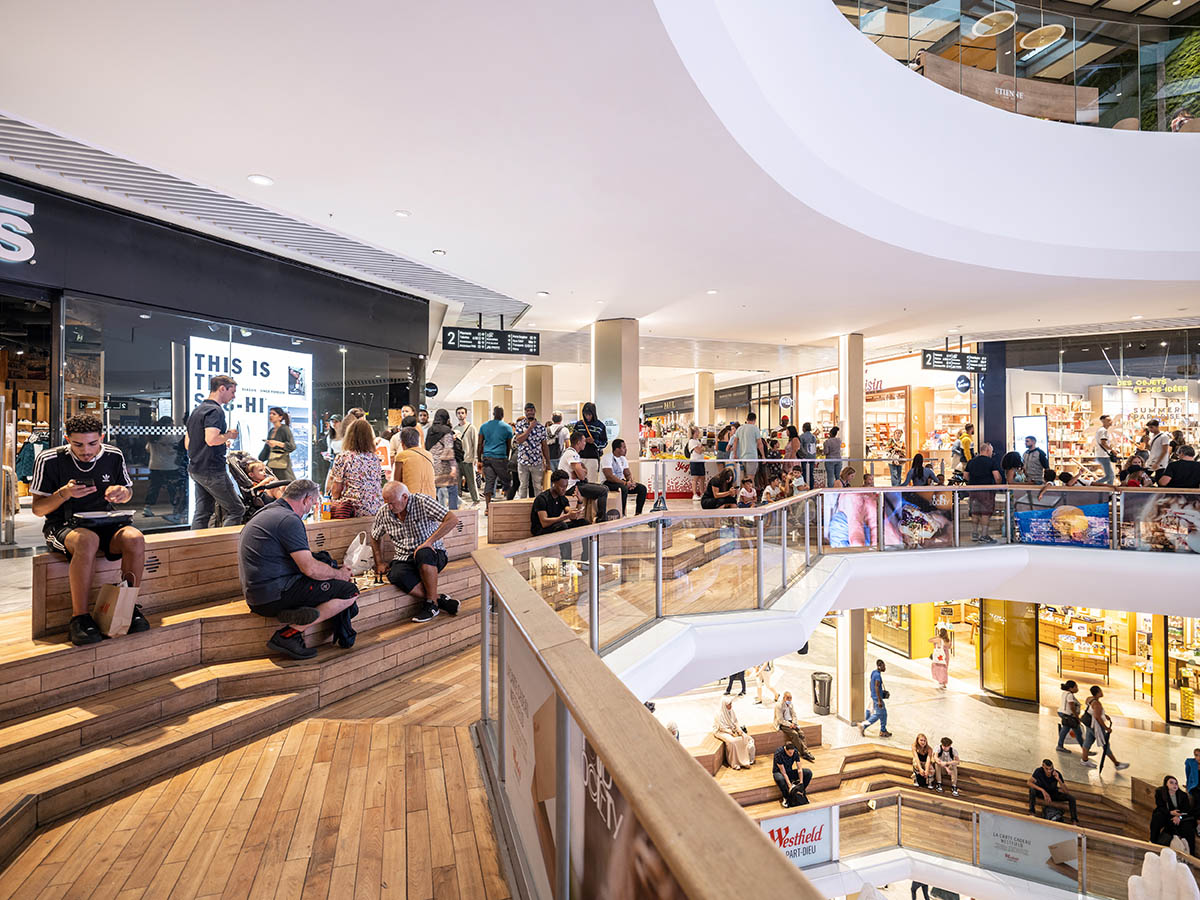 "Lyon Part-Dieu is a place that we wanted to reinvent," stated Jean-Philippe Pelou, Director of the Westfield La Part-Dieu centre. "Much more than a shopping mall, it is a mixed-use place to live together, in the heart of the city."

MVRDV stated that "the transformation of Lyon Part-Dieu shows how the urban mistakes of previous eras can be sustainably assimilated into the modern city." With this project, MVRDV showcasing the importance of preserving of an existing structure with different aspects - rather than demolishing and building anew an area that is the equivalent of around 12 city blocks.

Retaining the existing structure and preserving much of its façade also help to "avoid the significant amounts of embodied carbon that rebuilding would otherwise create," the studio emphasized. 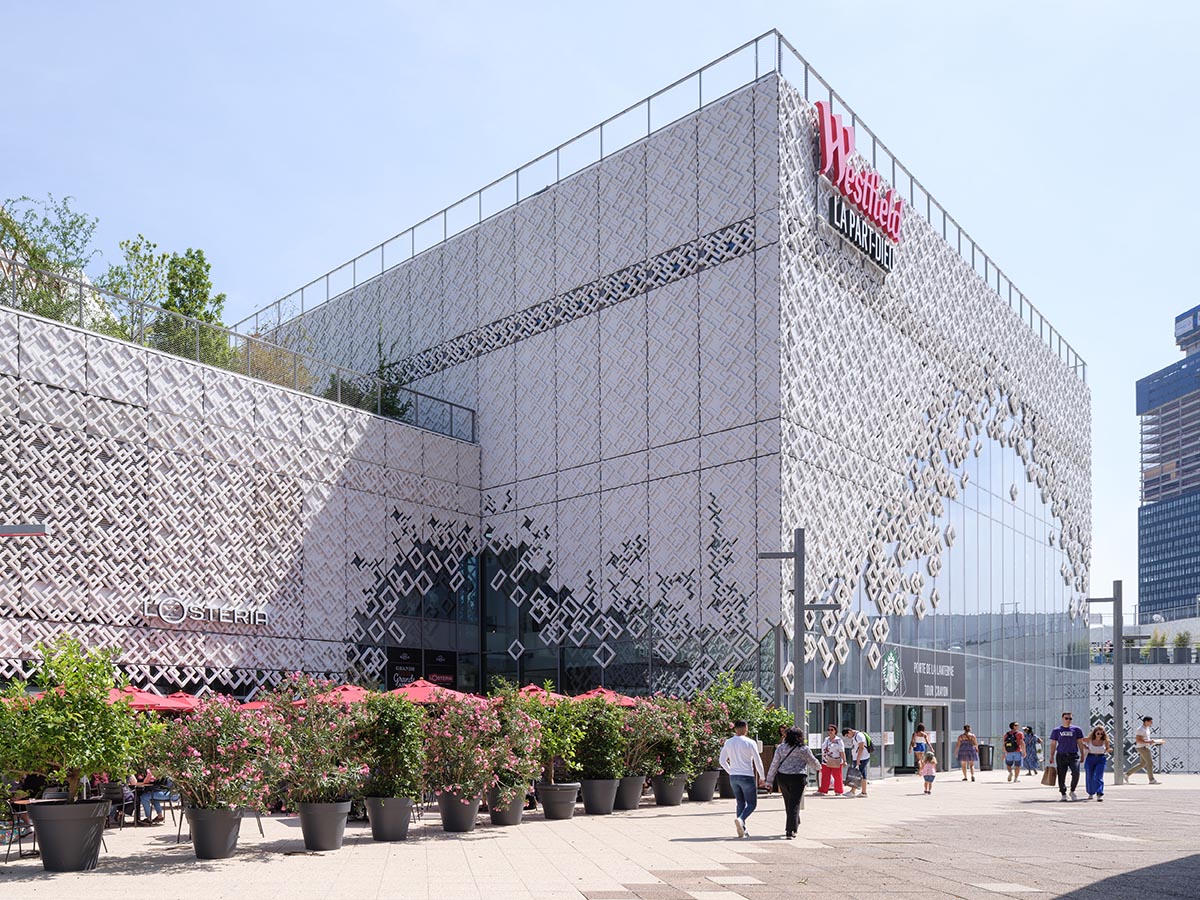 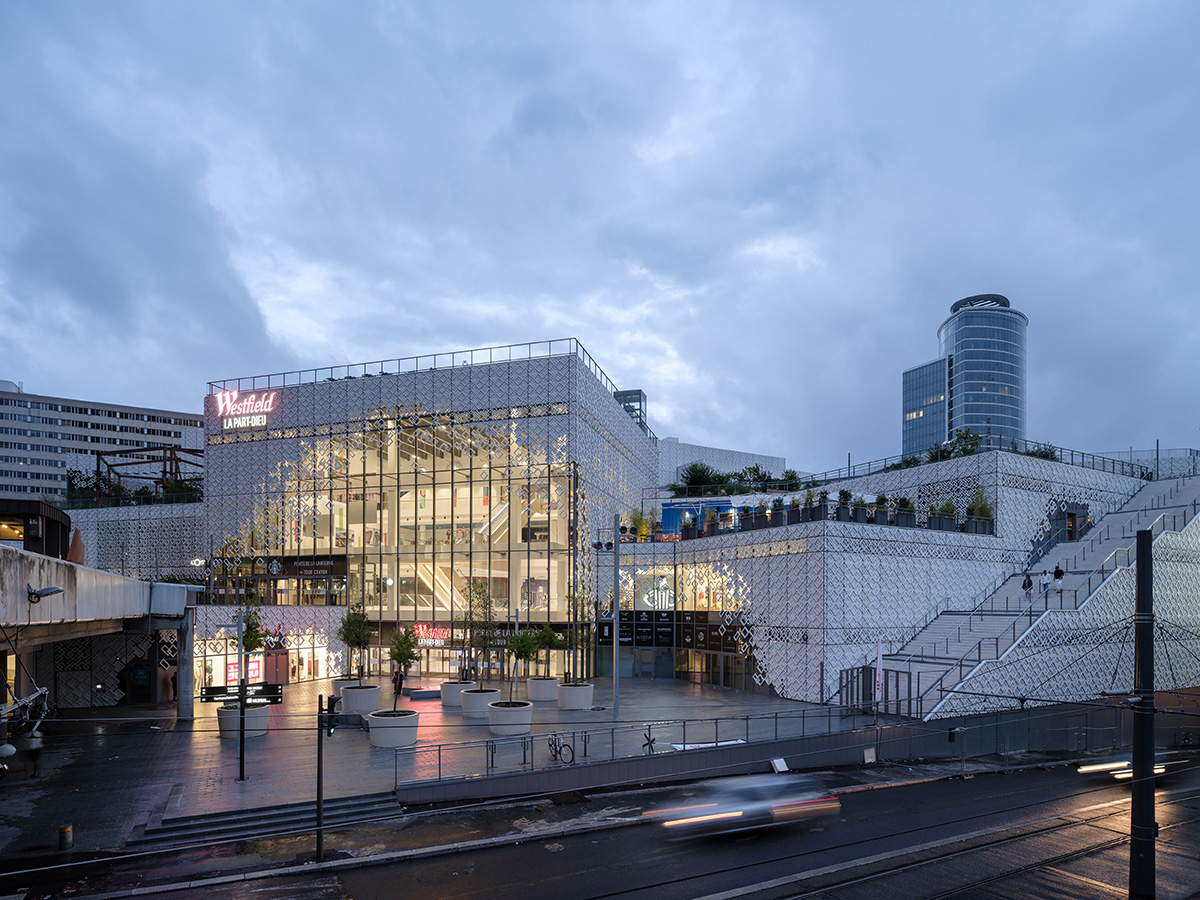 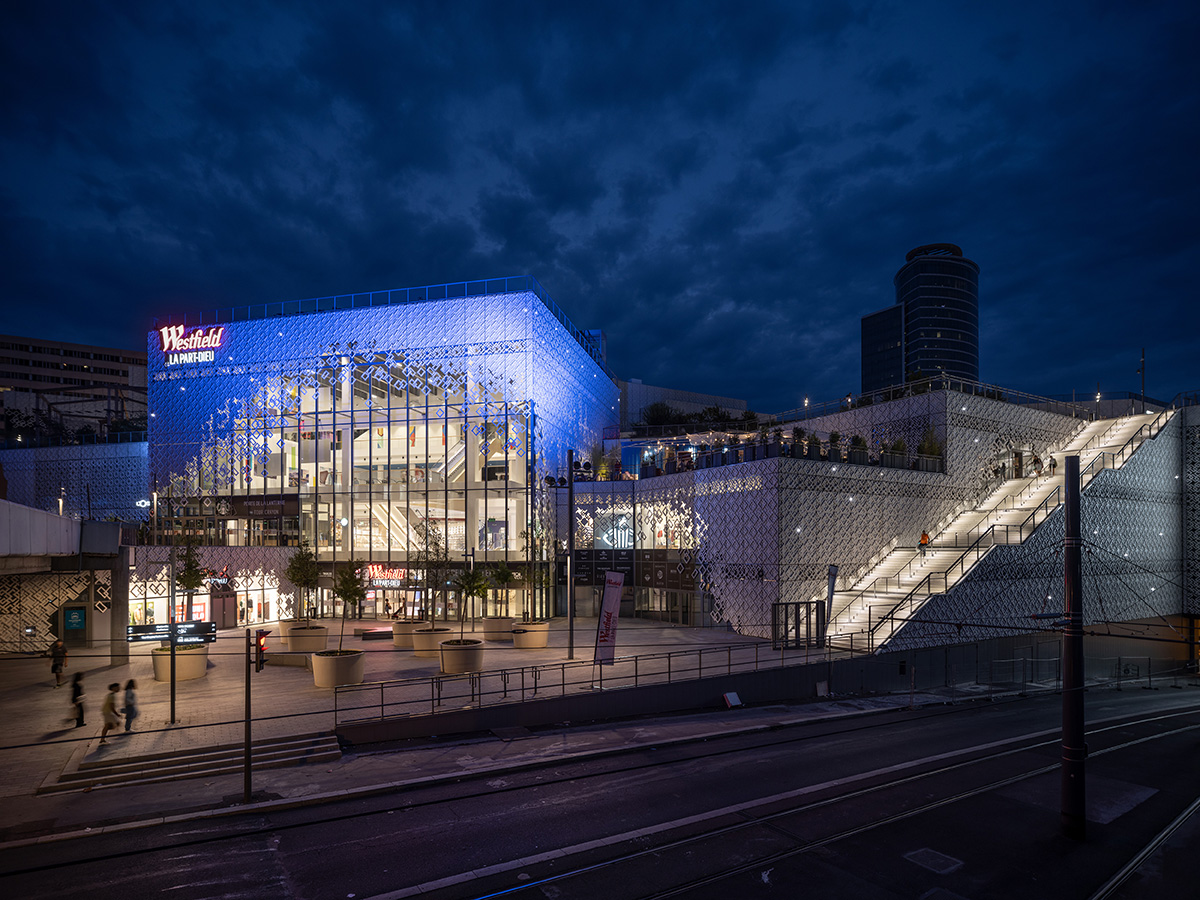 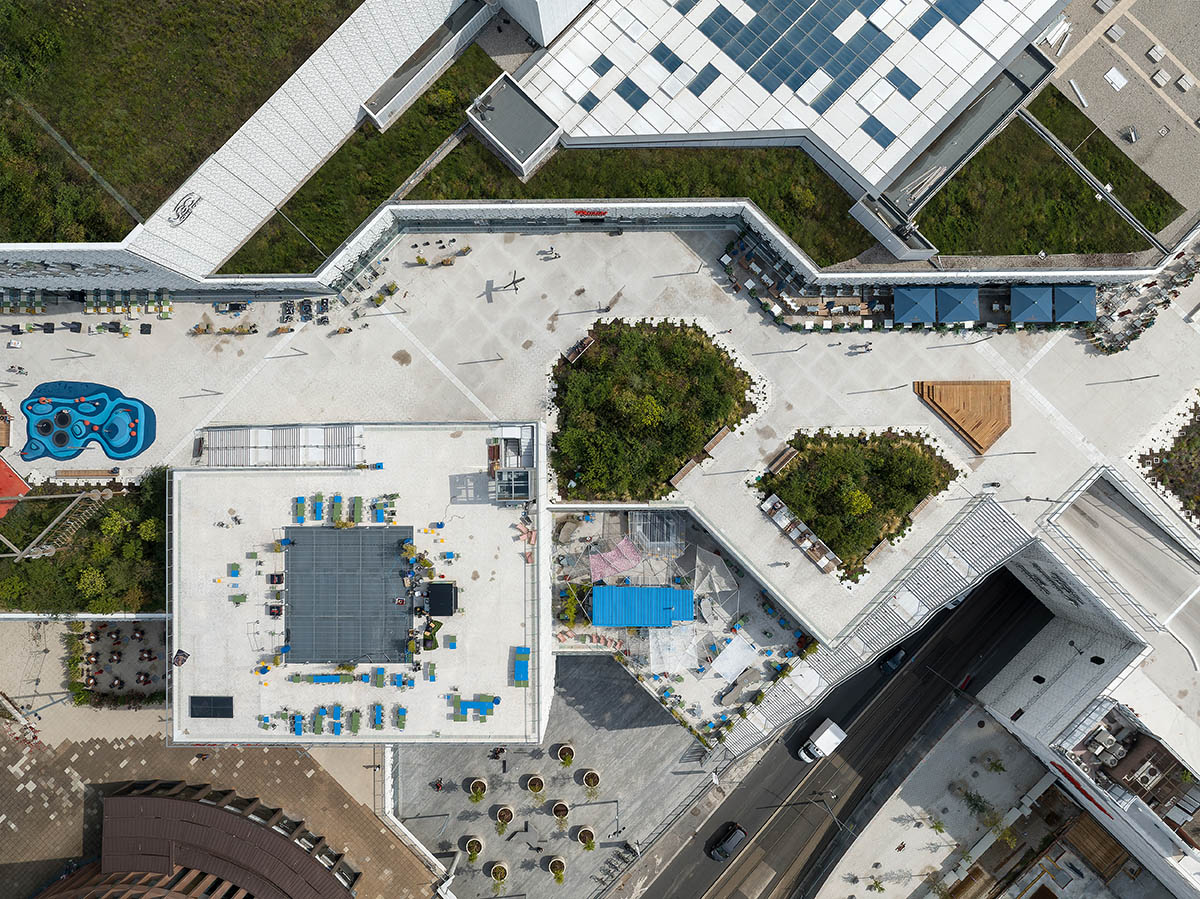 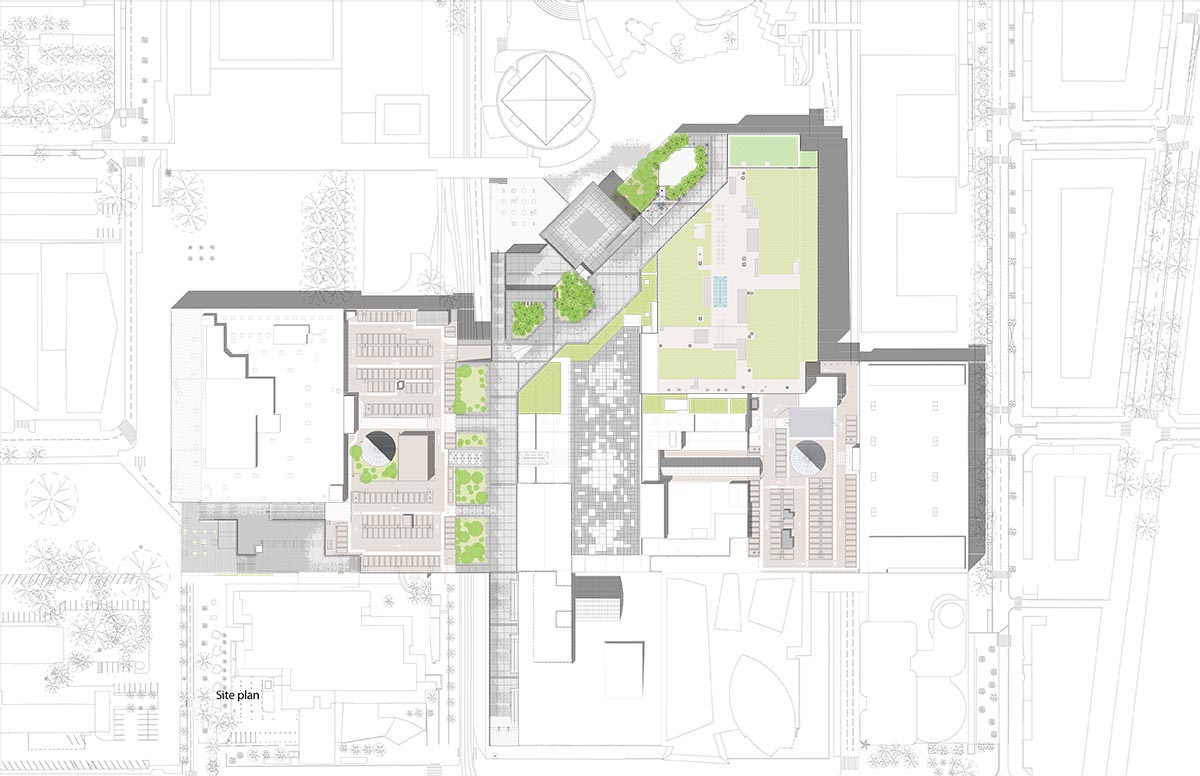 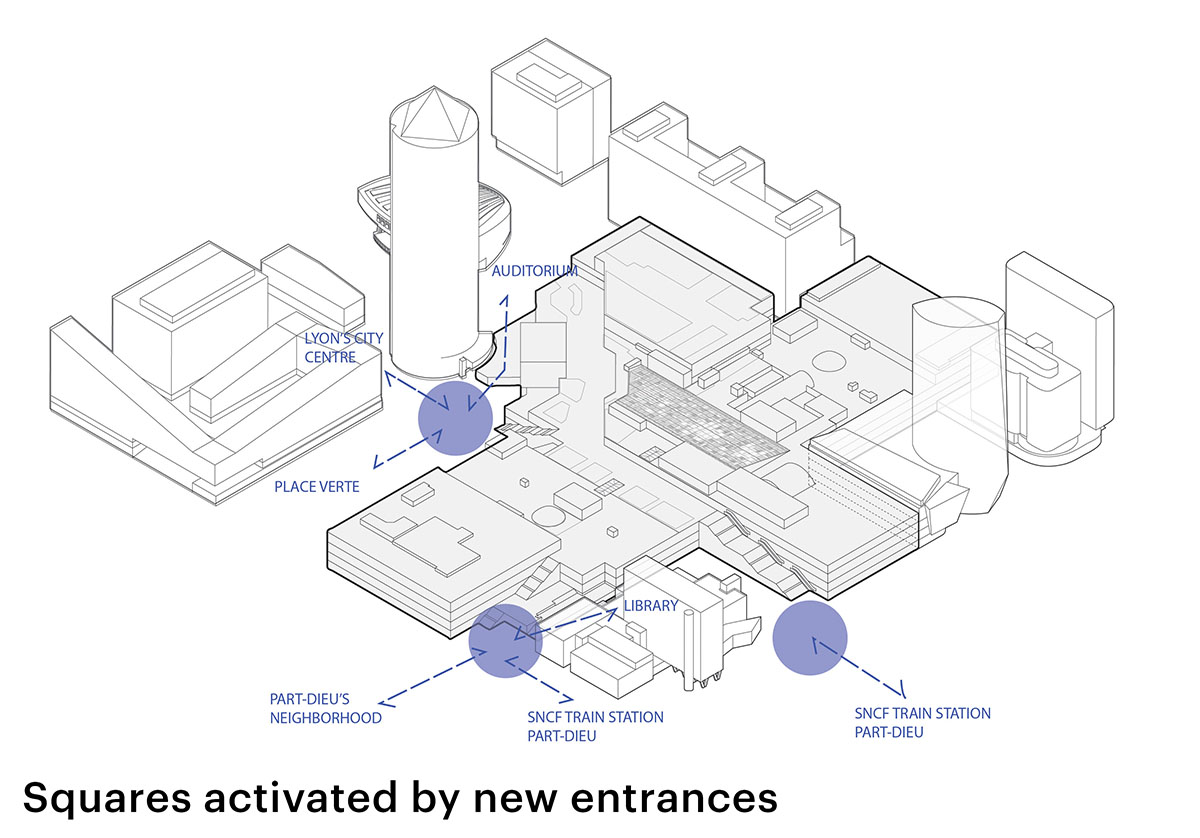 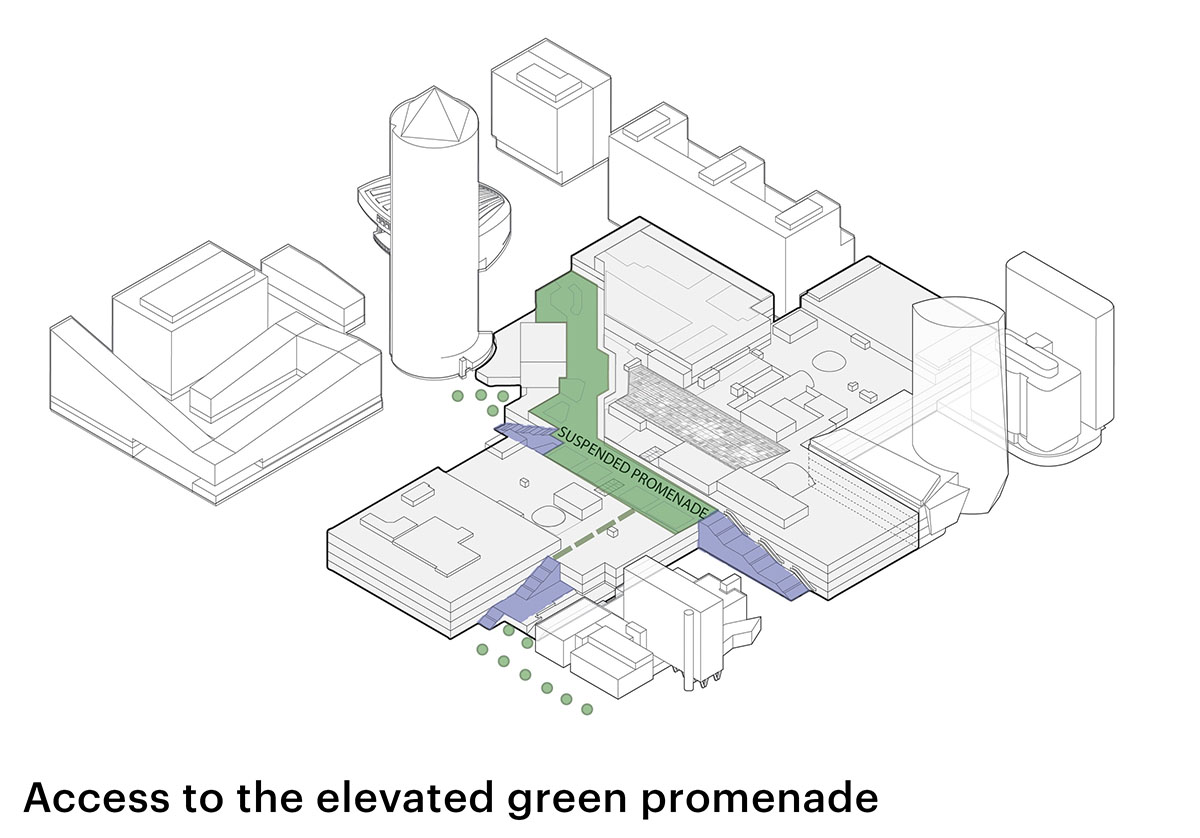 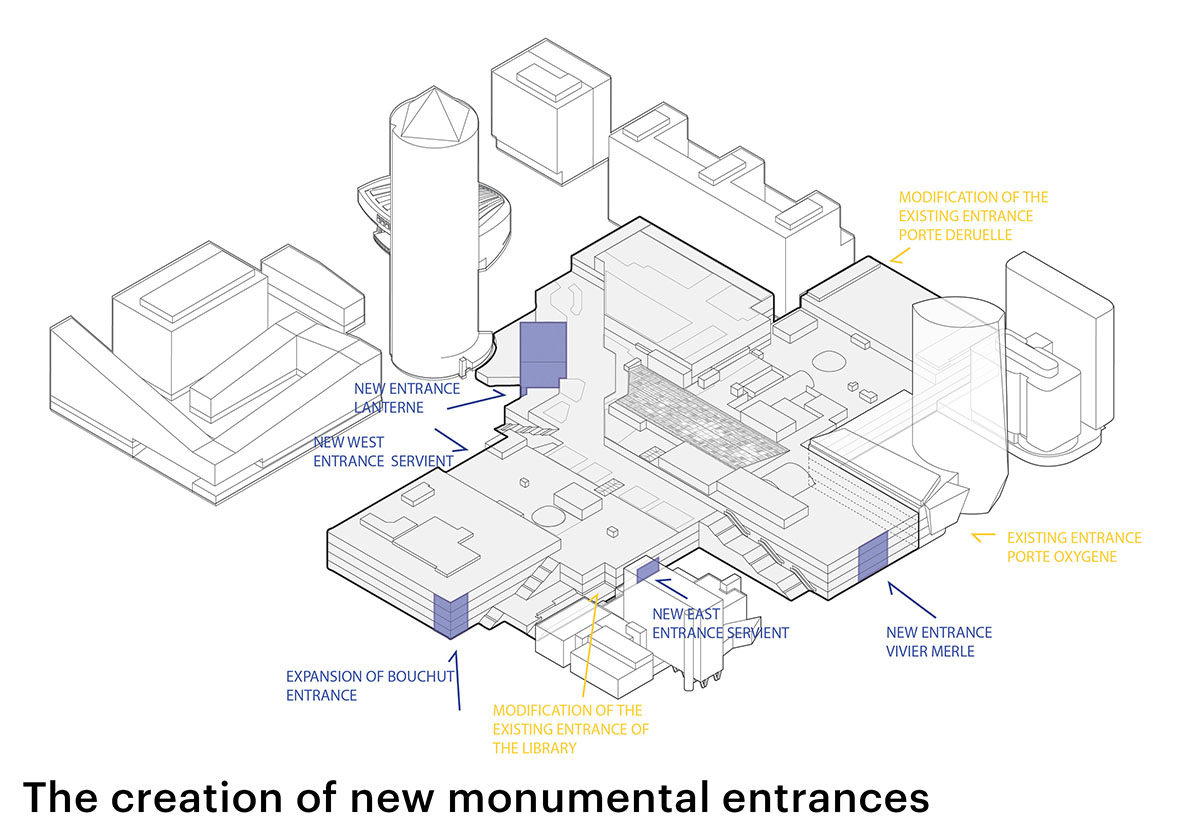 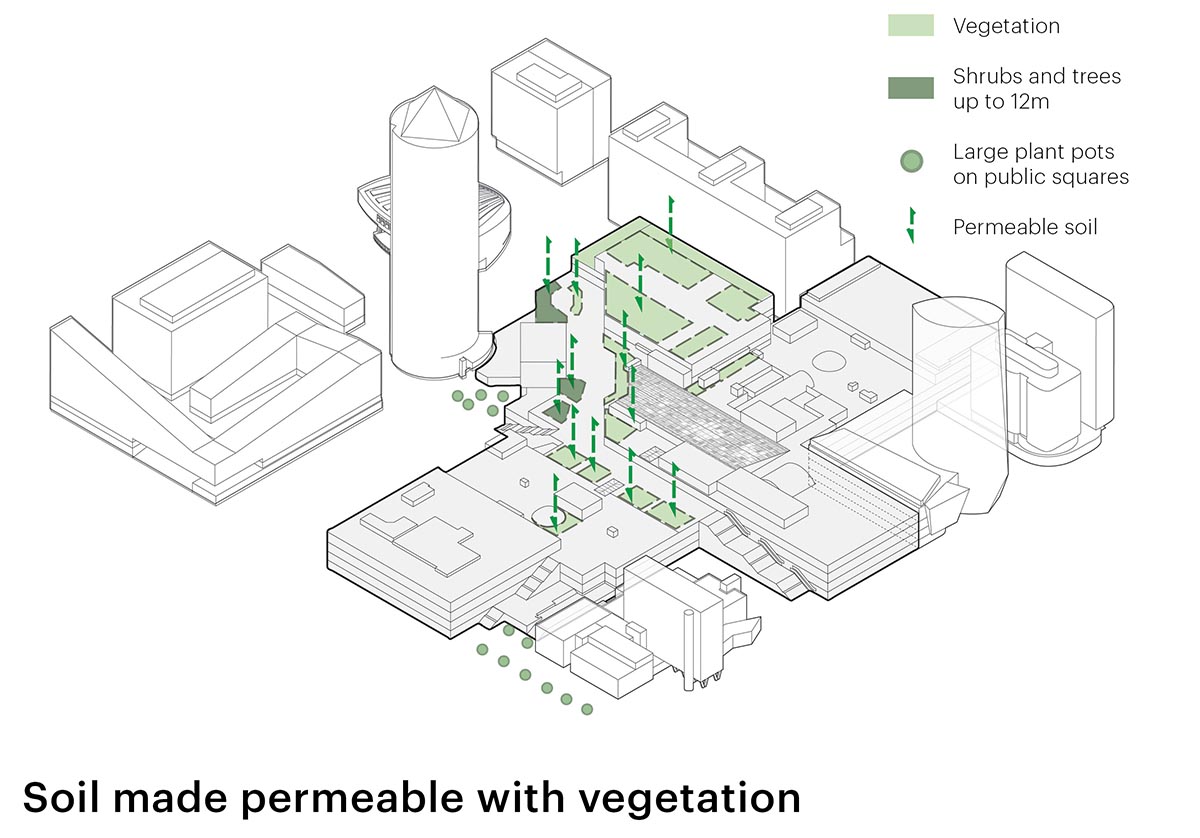 Greening on the roof 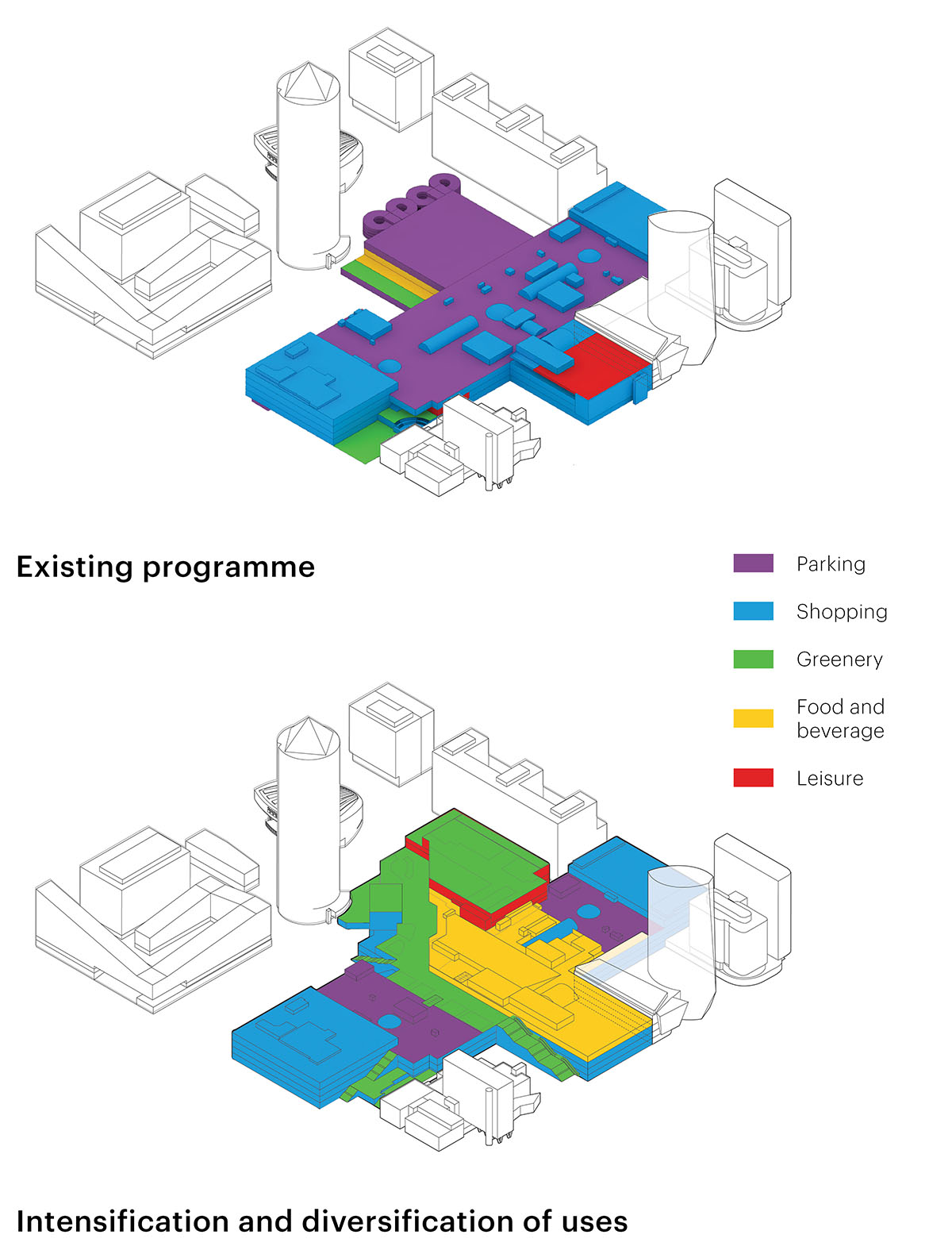 MVRDV recently completed a new residential complex in the riverside of Rennes, France and completed its first US project, Radio Hotel and Tower, in upper Manhattan. The firm also complete its another "geology-inspired" skyscraper, named Valley, in Amsterdam.