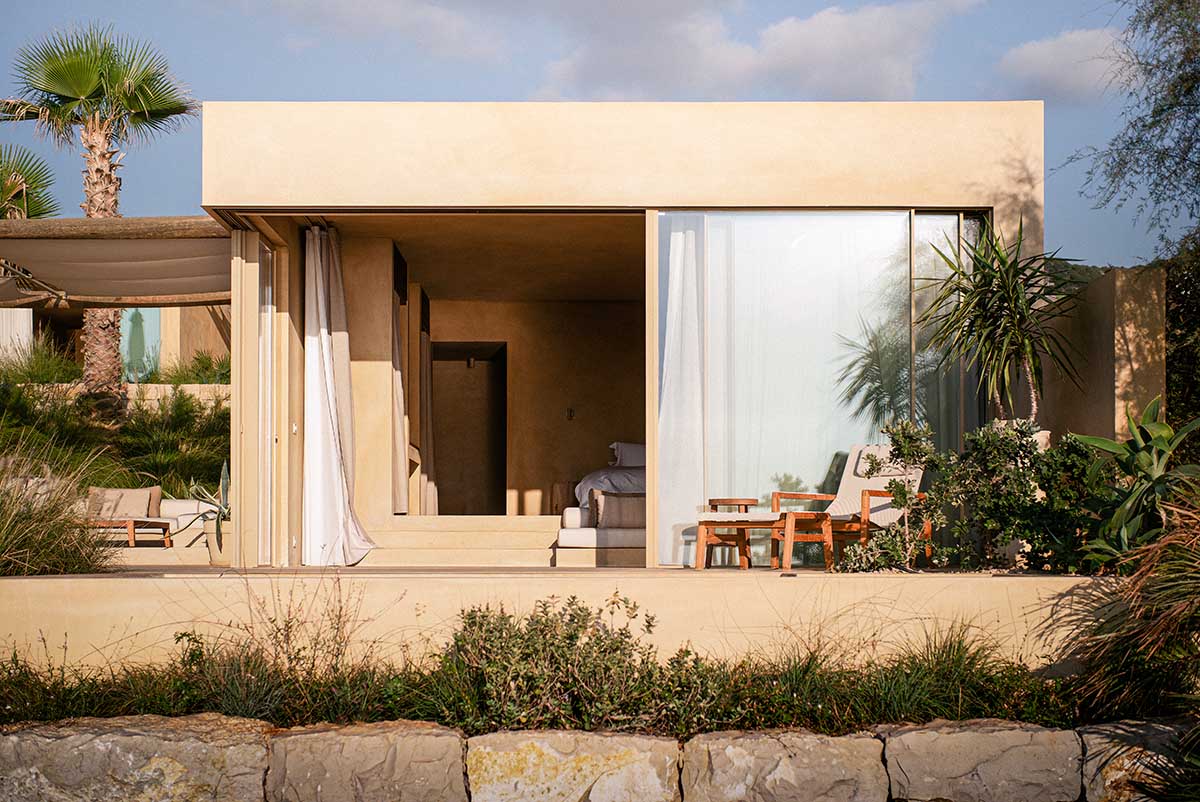 A series of single-storey units form a boutique hotel and resort nestled between the mountains of Batroun, Lebanon. 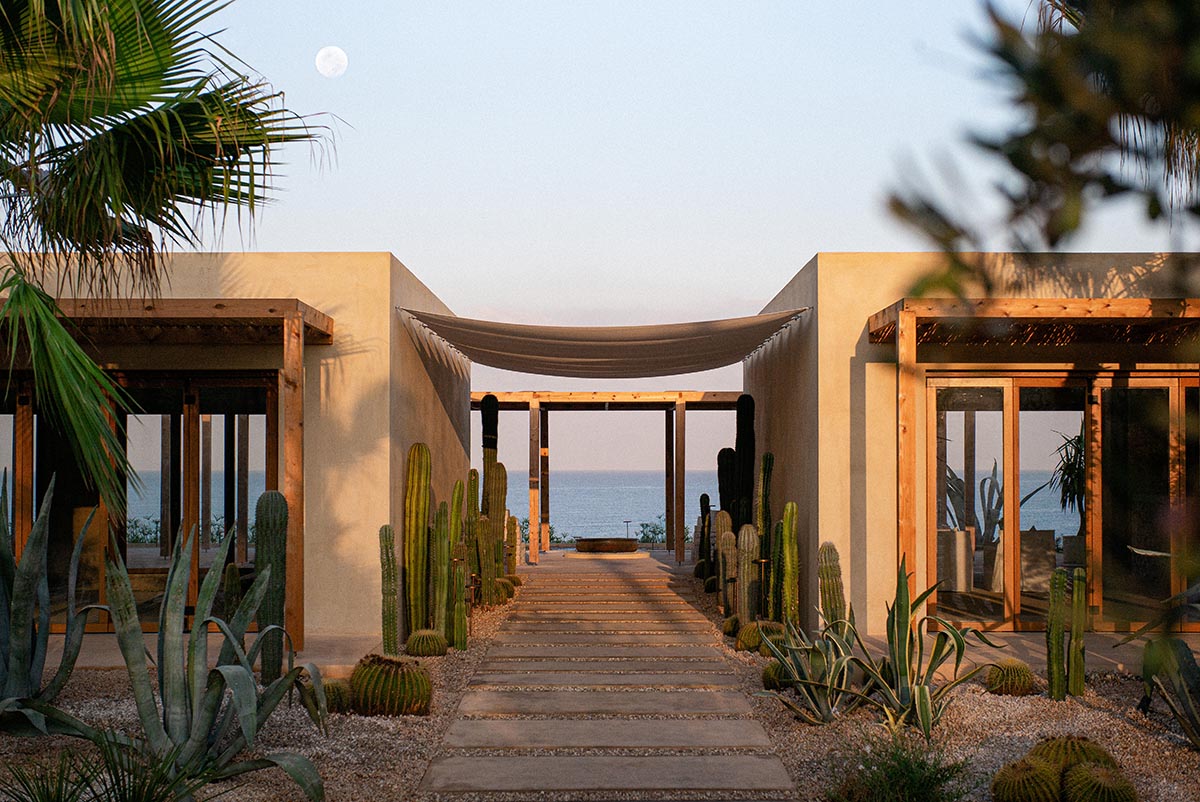 This boutique hotel and resort, architecturally reminiscent of a Roman amphitheater, is drawn on a classical symmetry and intricate detailing, aiming to convey a sense of balance across the property, whilst paying homage to the land’s history.

Benefitting from the hilly slope of the terrain, while earth-toned planes become walls and ceilings to form living units, the walls also act as linear elements to create their private lush gardens and longitudinal private pool. 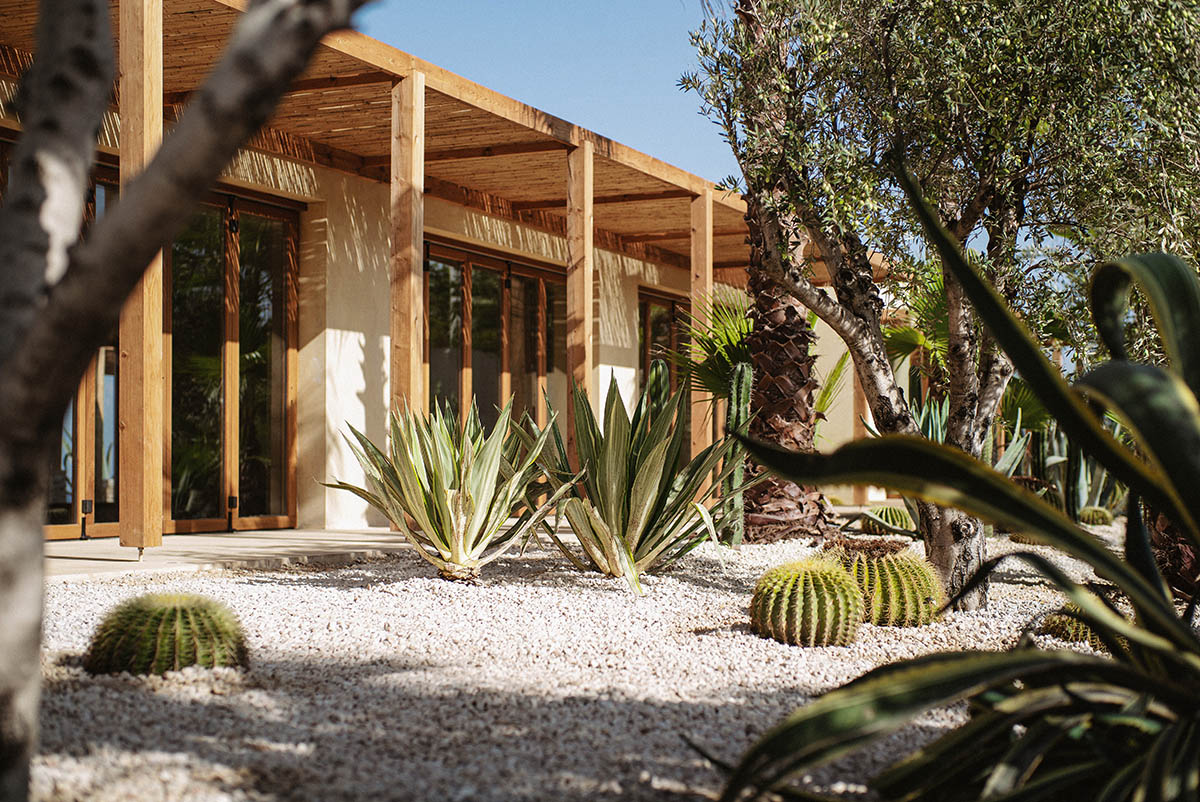 The studio scattered the cluster of units in five descending levels on land, ultimately leading up to the shore of Batroun’s sparkling sea, the main protagonist is omnipresent, glorious at every turn.

The resort’s dramatic entrance is wrapped with statuesque cacti and swaying white canopies that lead the way into the main outdoor space where a cushioned majlis surrounds a central firepit. 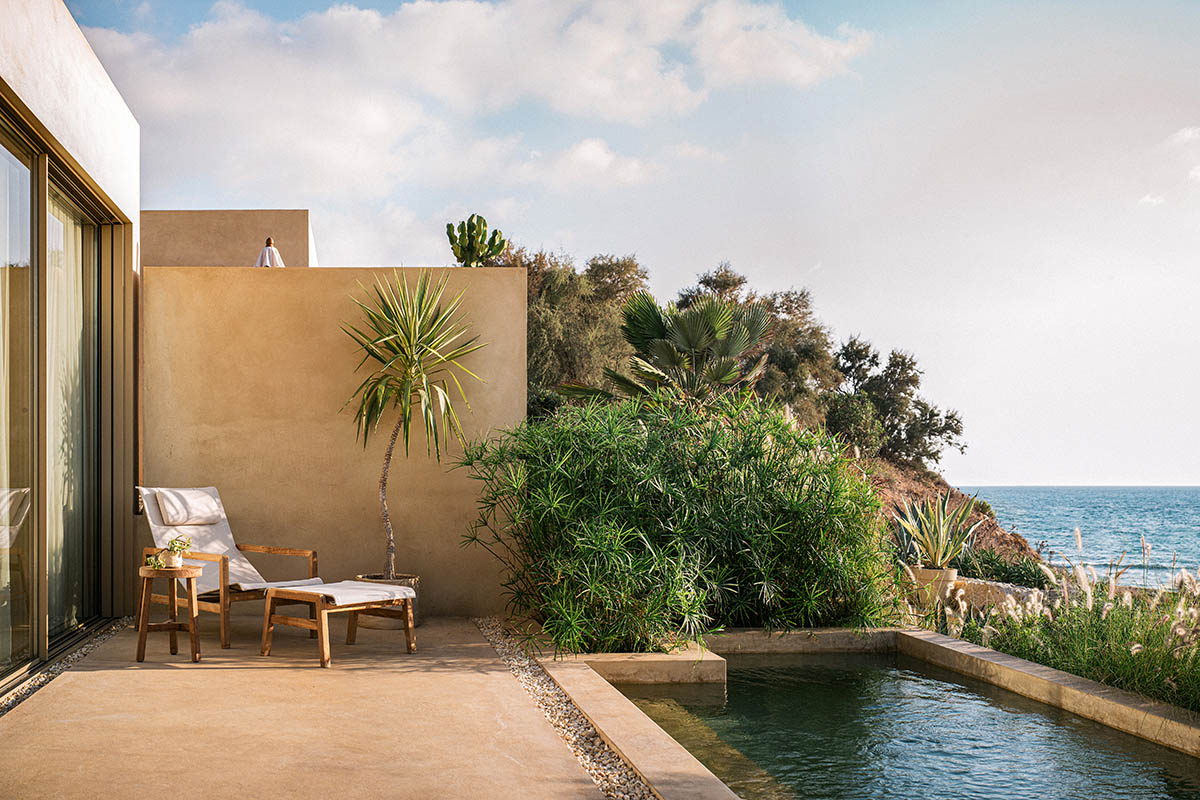 At night, guests are invited to stargaze near a longitudinal pool filled with water lilies, which creates a sense of tranquility and frames the glimmering view.

"This dialogue with the sea and the sky is intentionally kept unhindered throughout the property as a means to connect with Phoenicians who were master sailors and expert celestial navigators on this very shore," said Carl Gerges Architects. 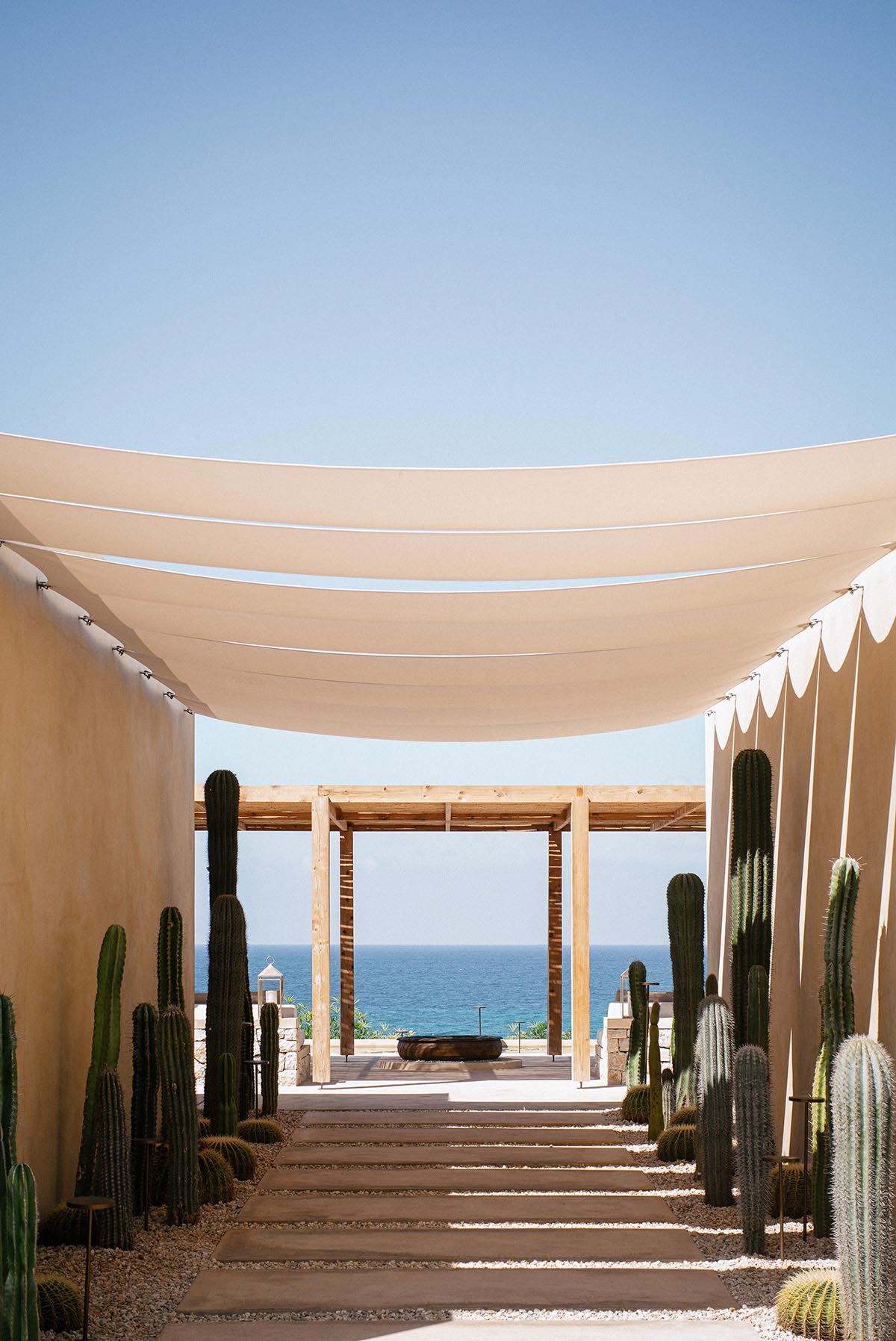 As a common principle of Carl Gerges Architects' projects, the hotel is constructed almost entirely from a unique mix of beach sand and cement.

The reason of the use of the natural materials is to translate warm golden hues off the shoreline, from which the resort seems to emerge. 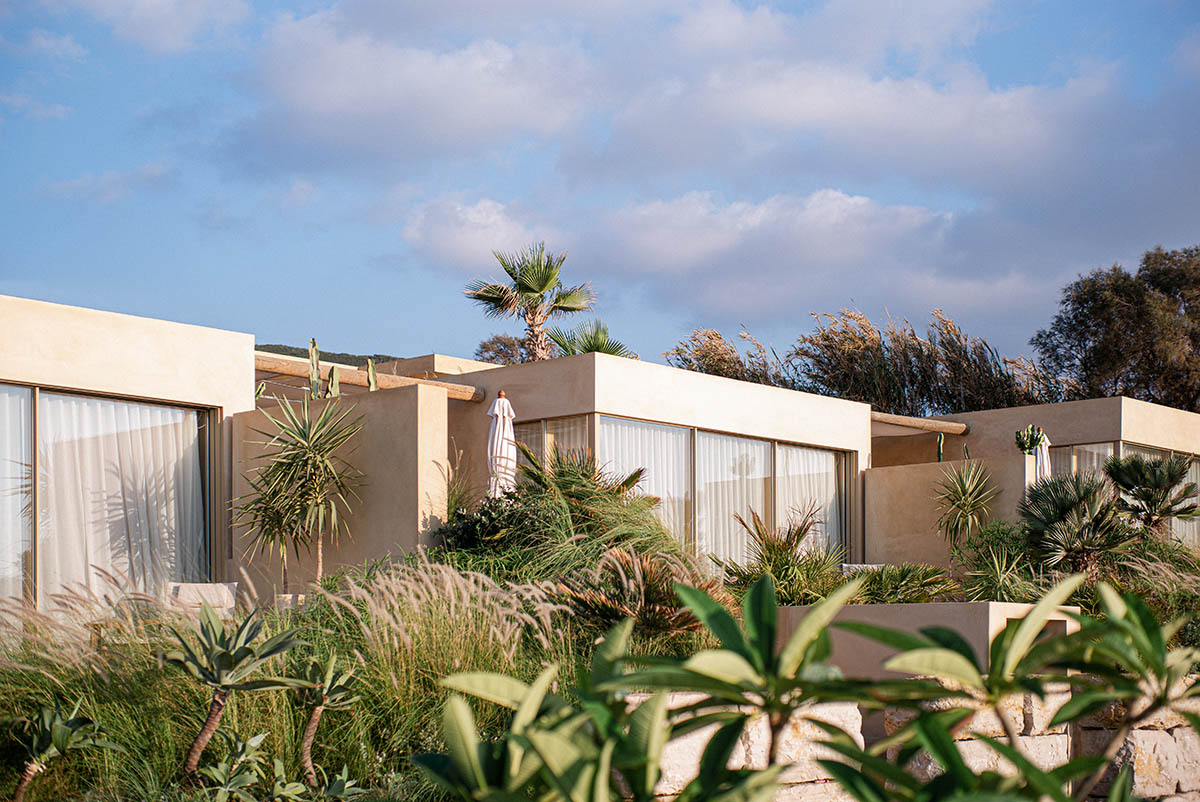 Upon closer inspection, the interiors are designed as sleek, monochromatic, and understated with a clean finish, the colossal sliding doors invite expansive sea views inside.

The bathroom features a carefully planted private courtyard, giving the shower an immersive open-air experience. Each room has its private pool and terrace, allowing guests to relax in their private little oasis while still being in the presence of the sea. 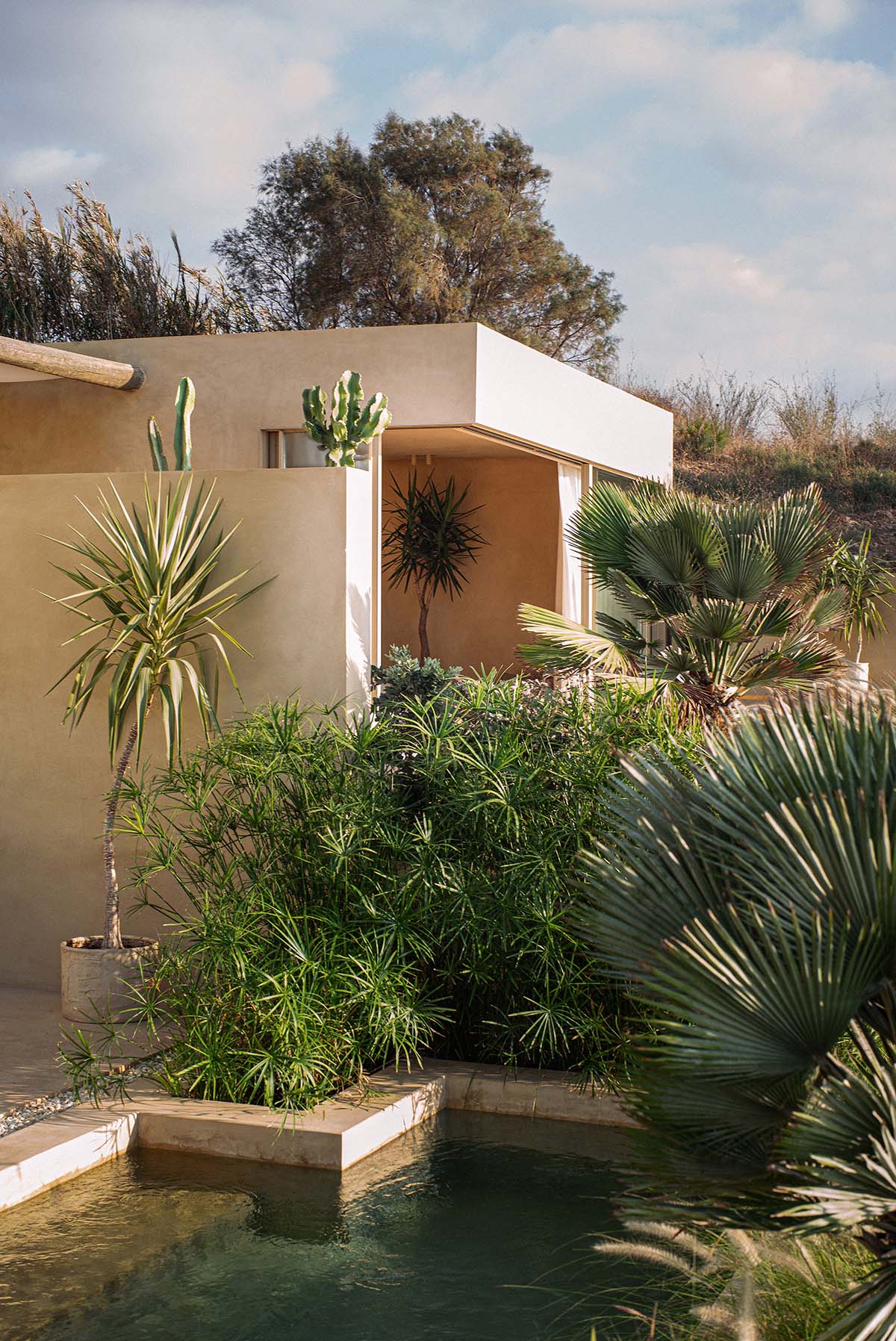 The vegetation across the property enrich the scenery as well; delicate plants such as reeds, grasses, and evergreen cabbage palms sway and chime with the wind – while sculptural cacti, agave, and olive trees stand suspended in a moment of stillness. 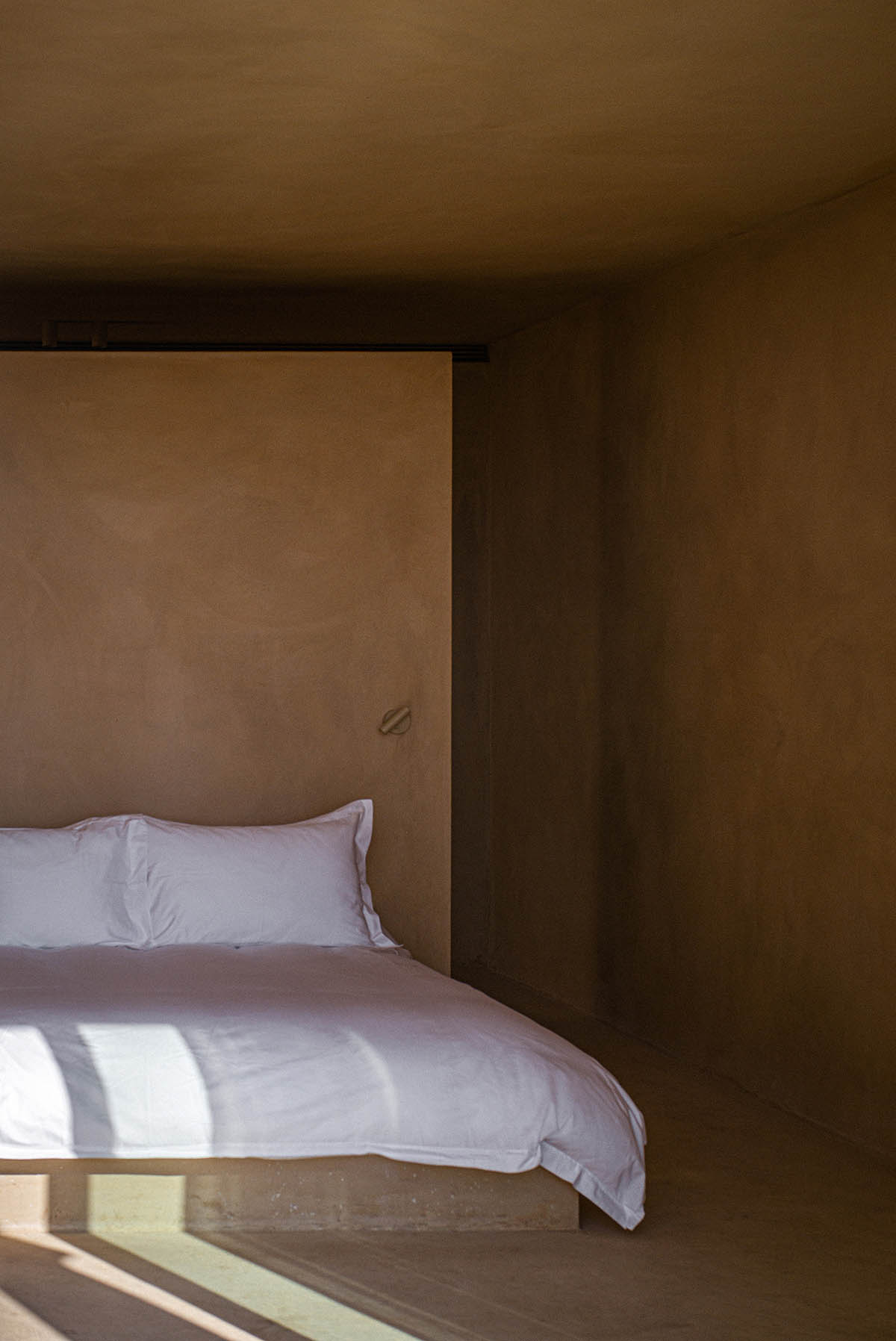 "Reminiscent of a glamorous Lebanon of the ’70s, the multi-level pools are a meeting point for an eclectic local scene: their unusual shapes follow the land's natural topography, creating unique outlines that summon the coastline," said the studio.

"The pool's rough sandy finish cleverly mimics the sea's color at any point of the day, creating an infinity feel." 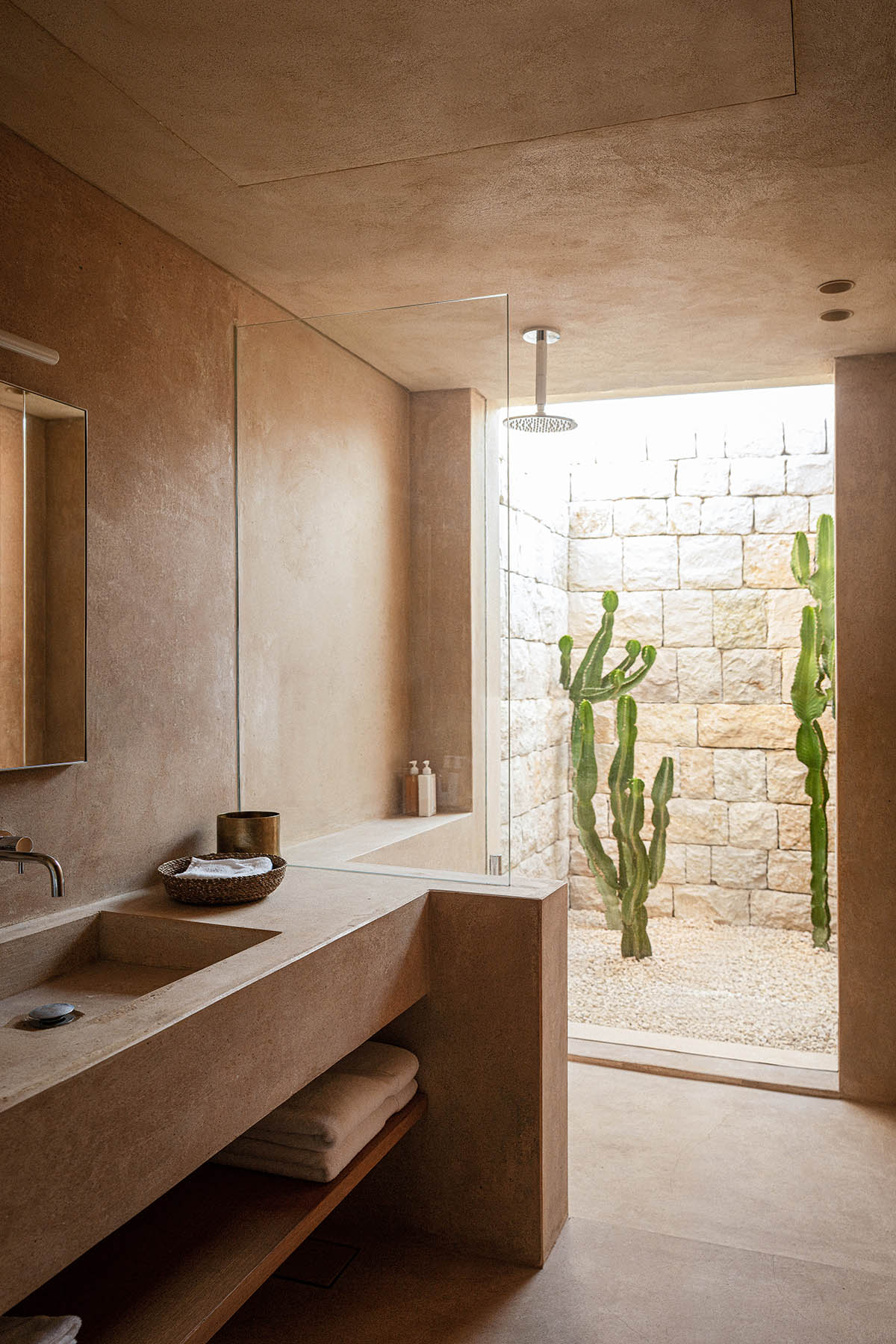 According to the studio, "from afar, the architecture of the project resembles a sailing boat: the symbolism is not lost on Capo, aptly named “Captain”- invoking ancient Lebanese civilizations in one of the world’s oldest ports – and creating an open dialogue between our ancestors, the stars, the sea, and the present moment." 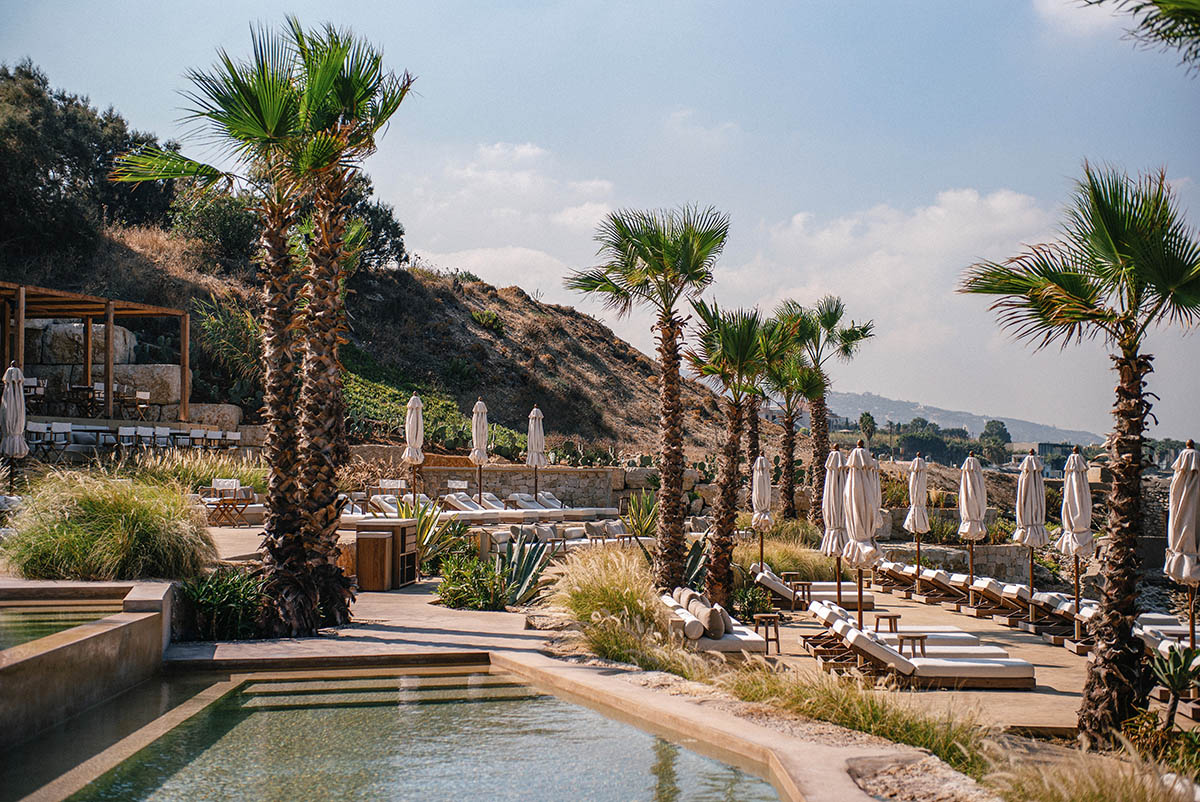 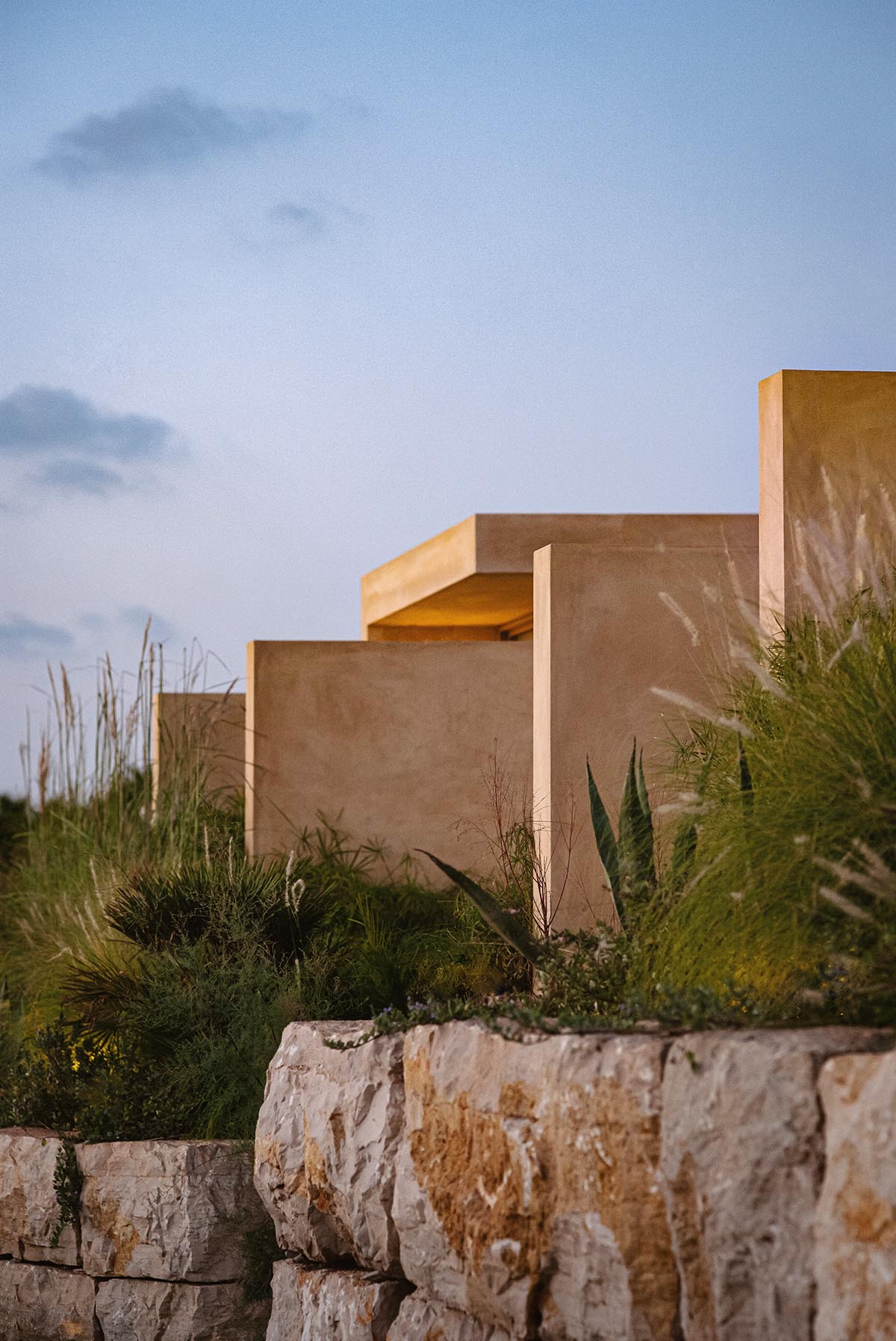 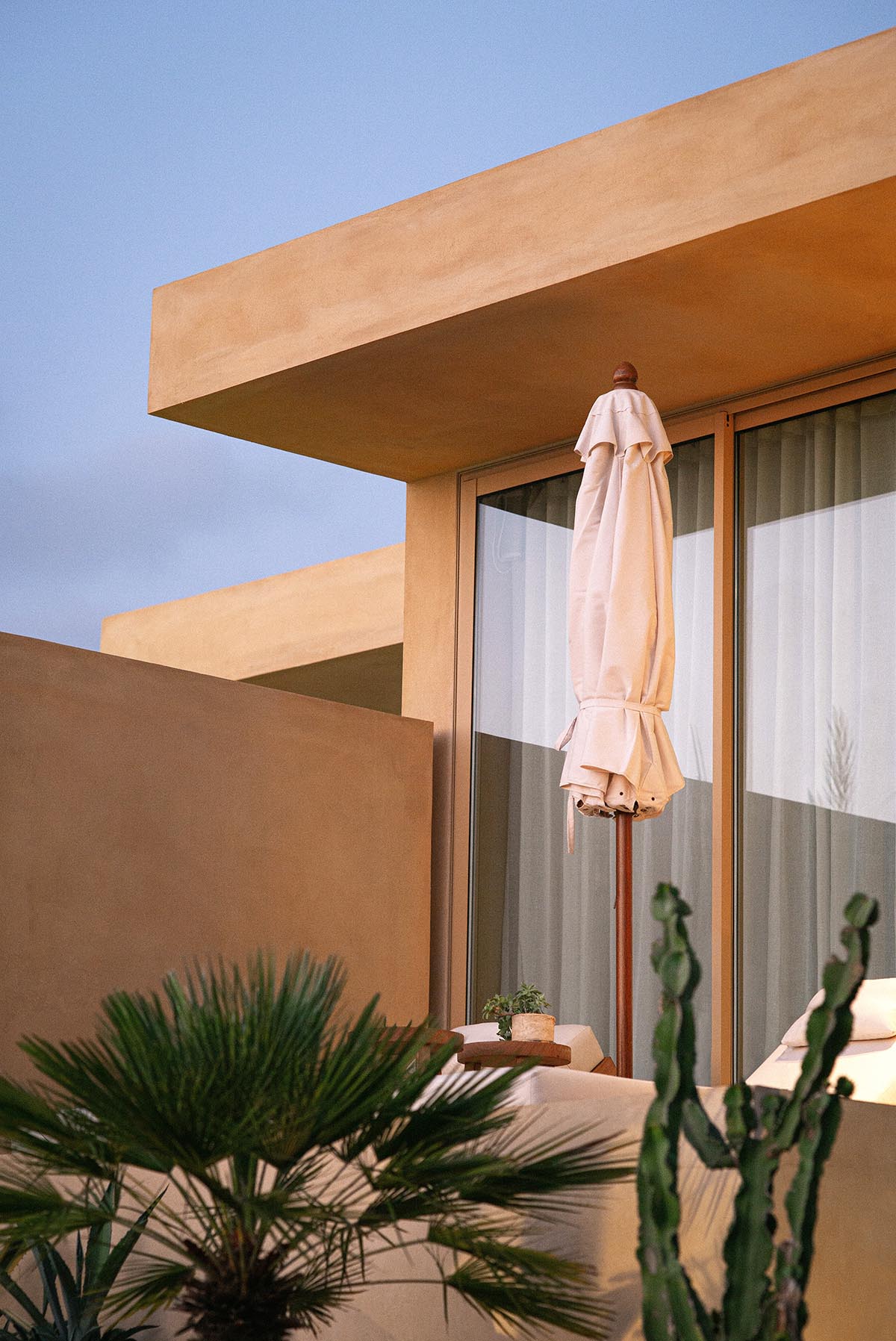 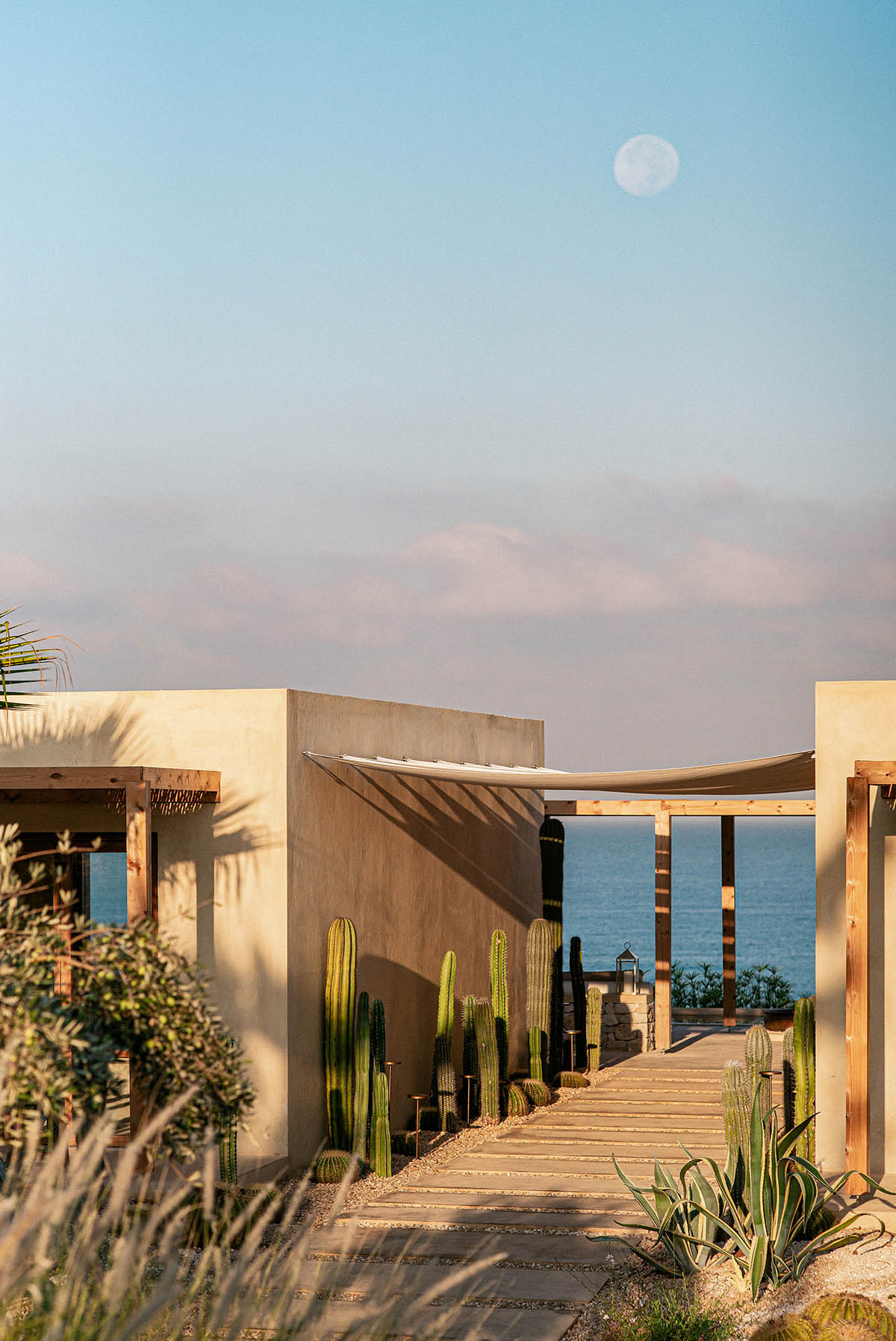 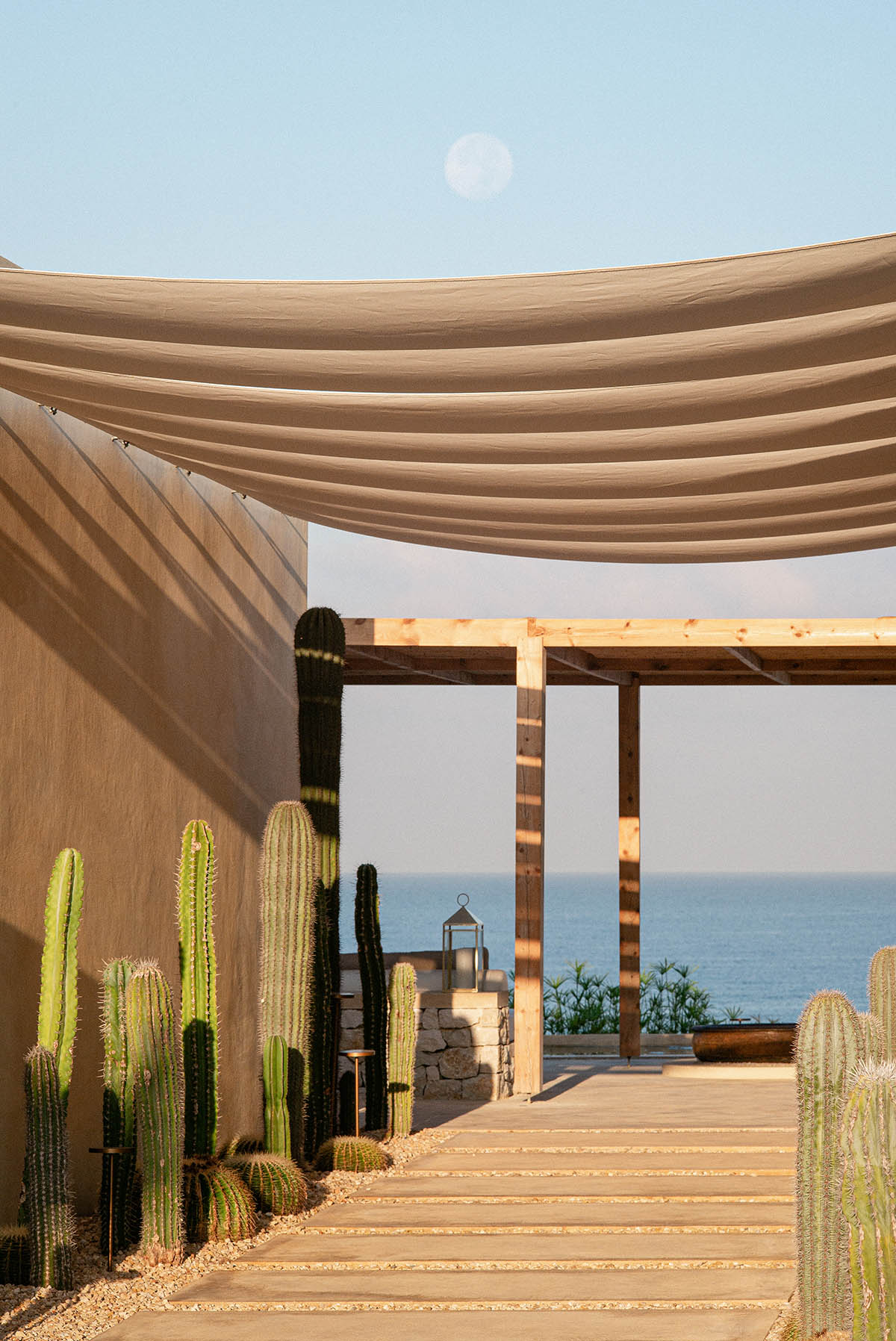 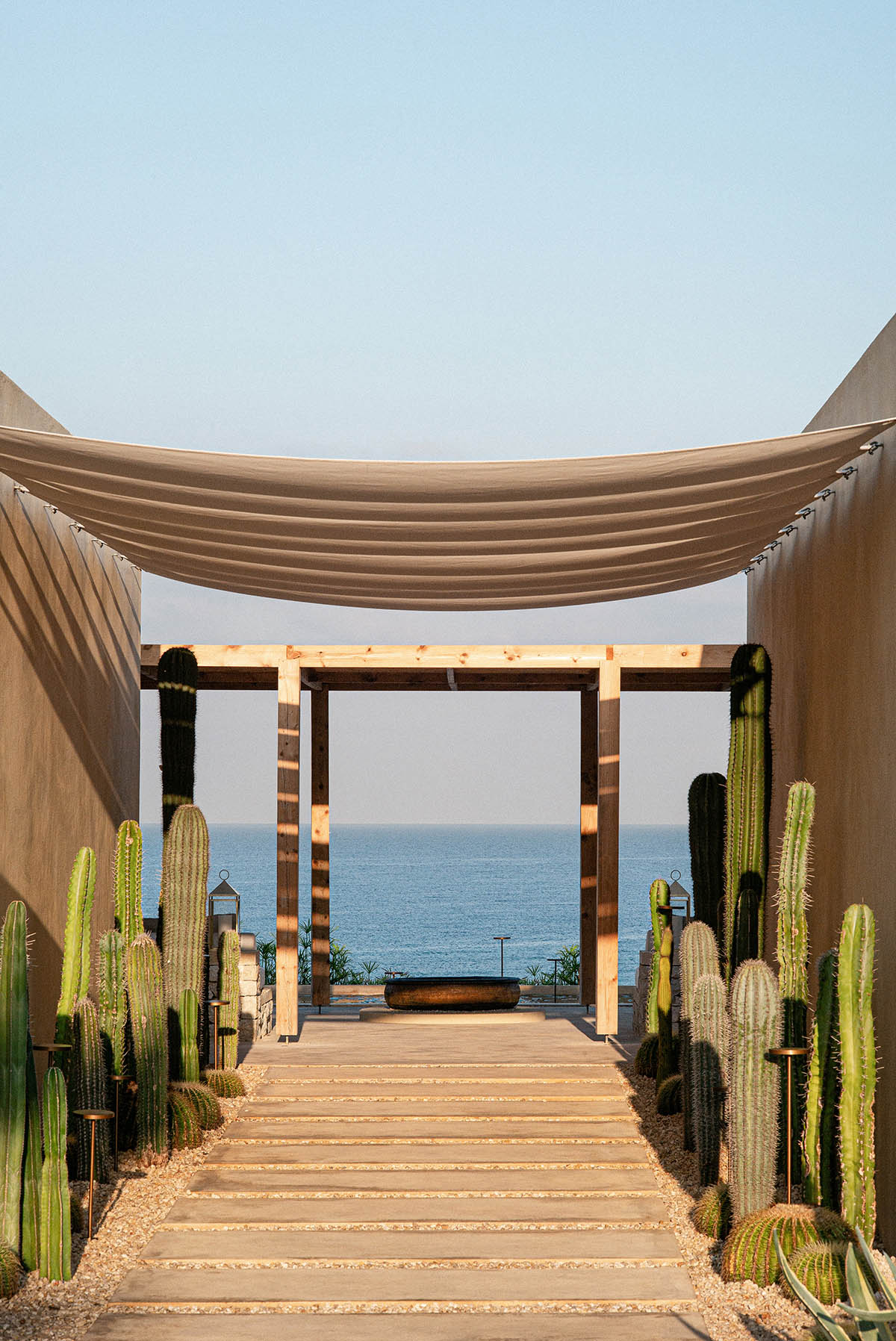 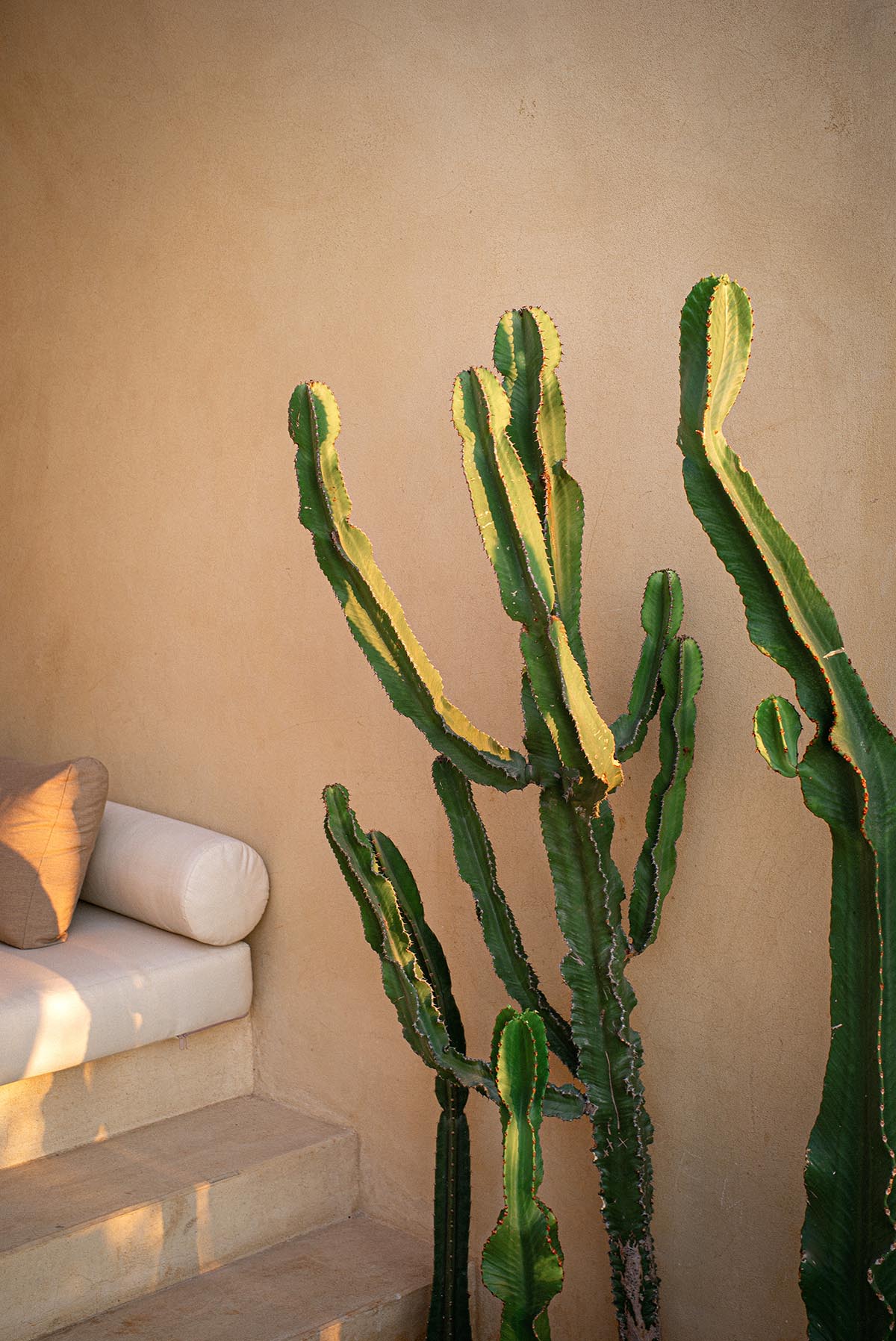 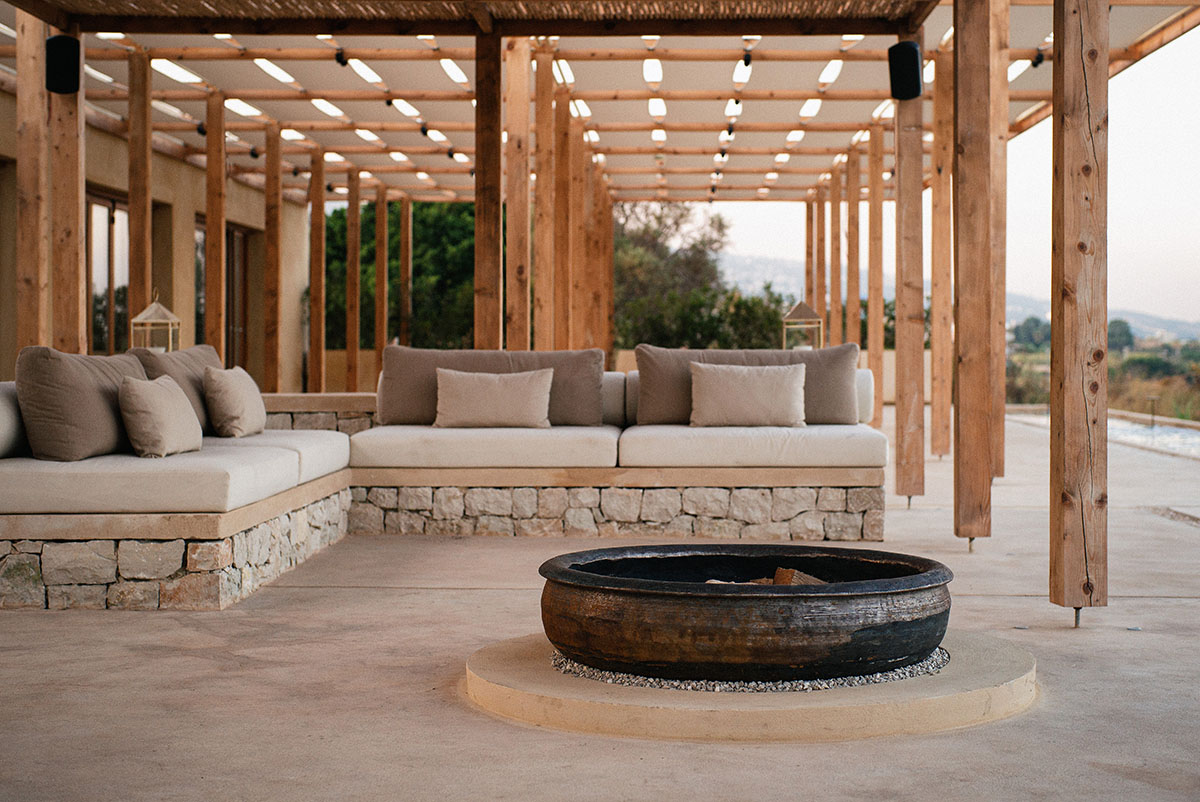 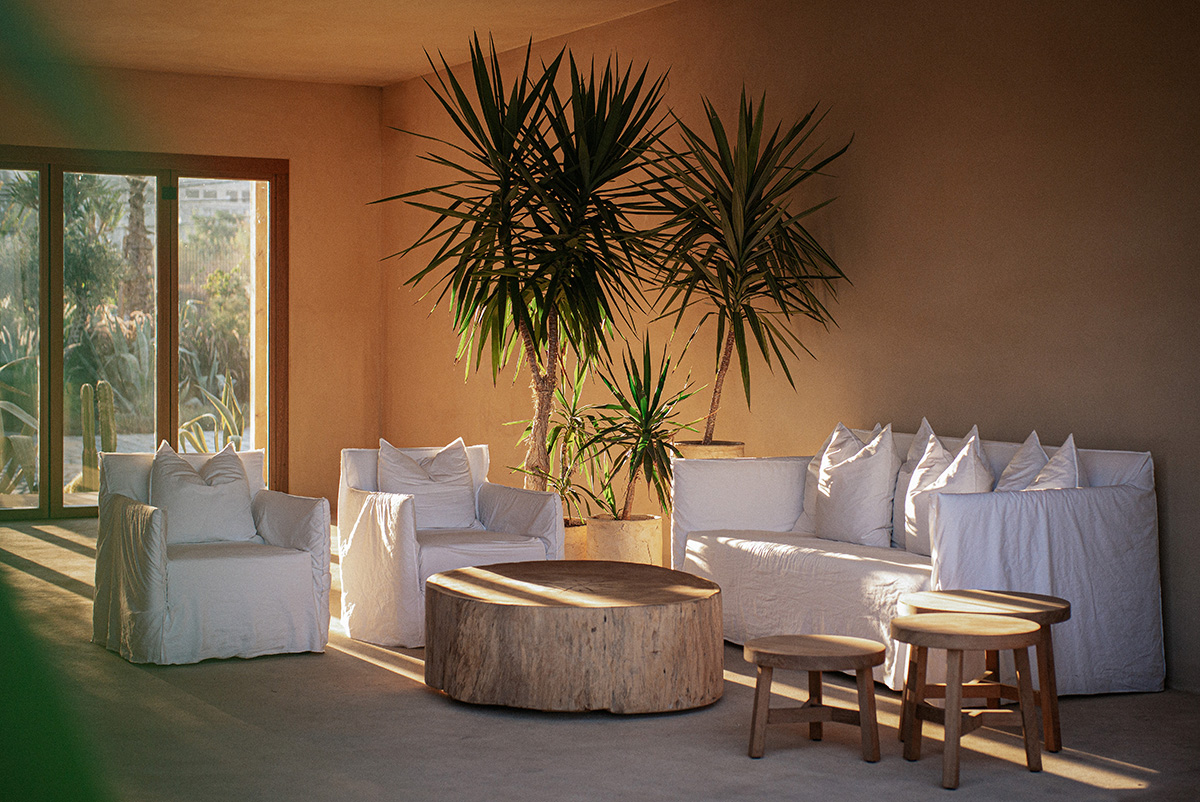 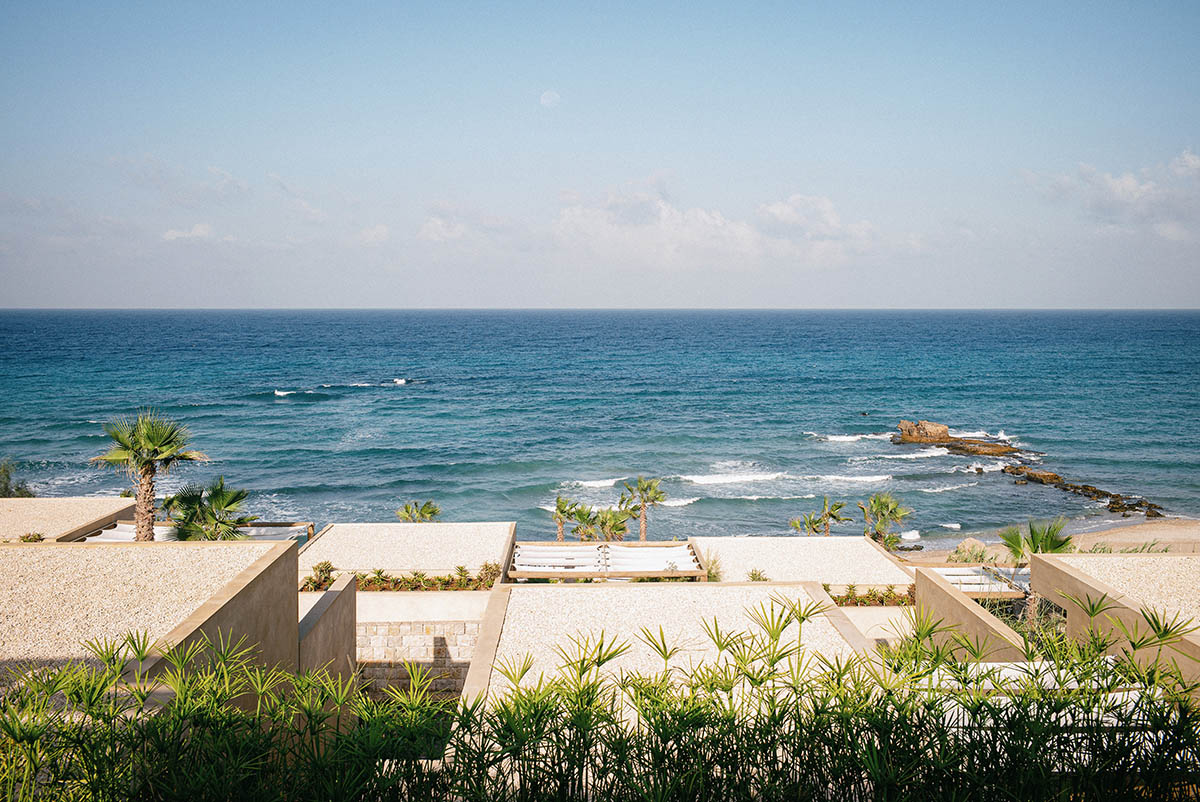 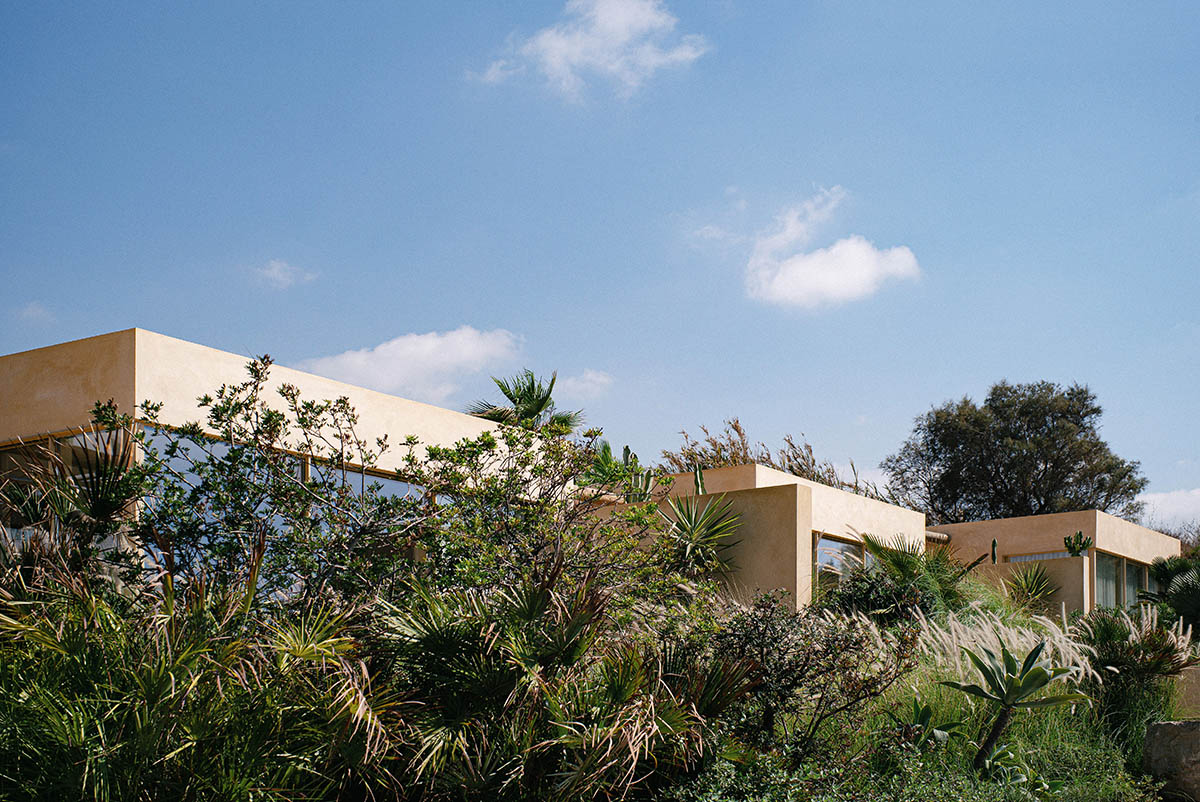 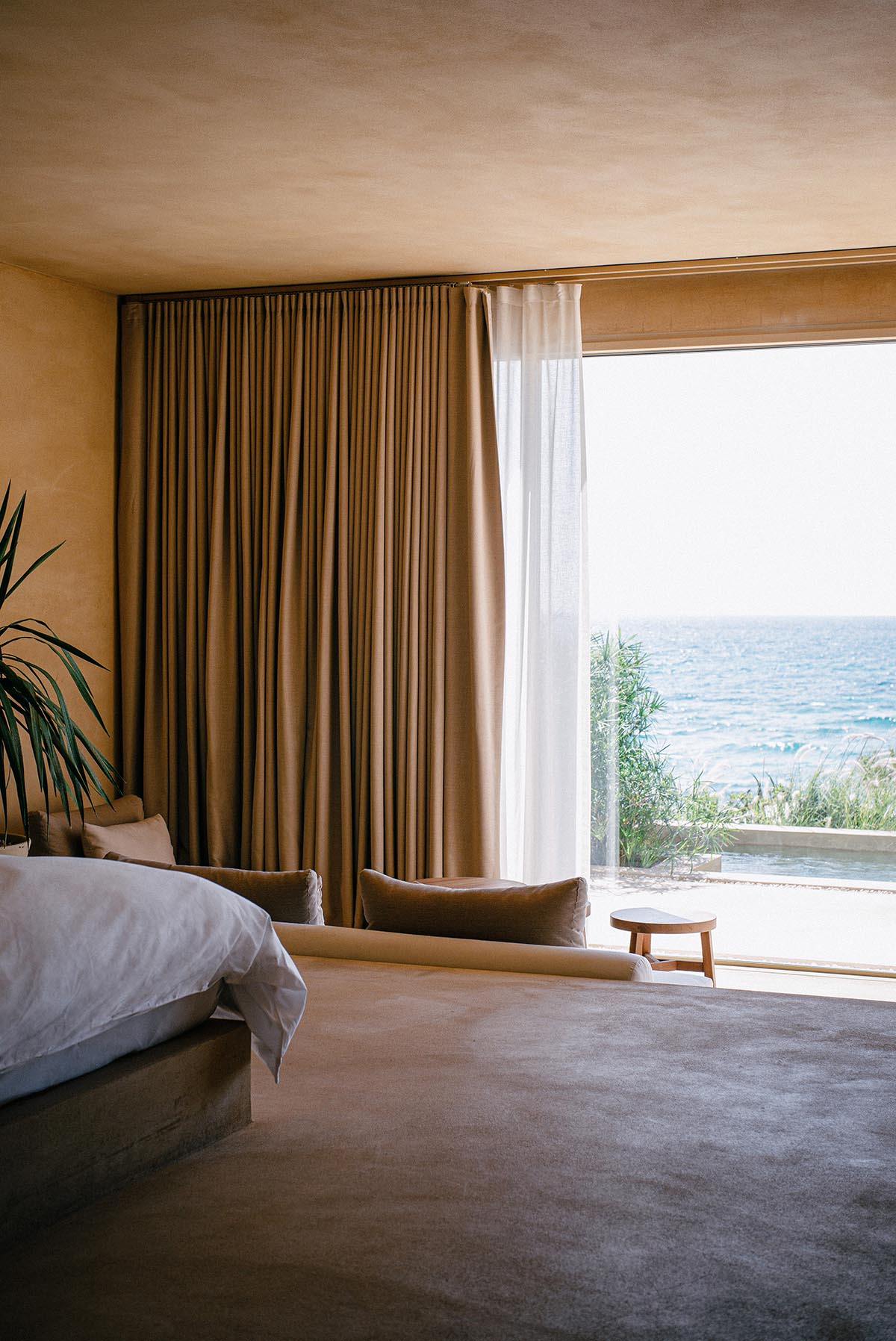 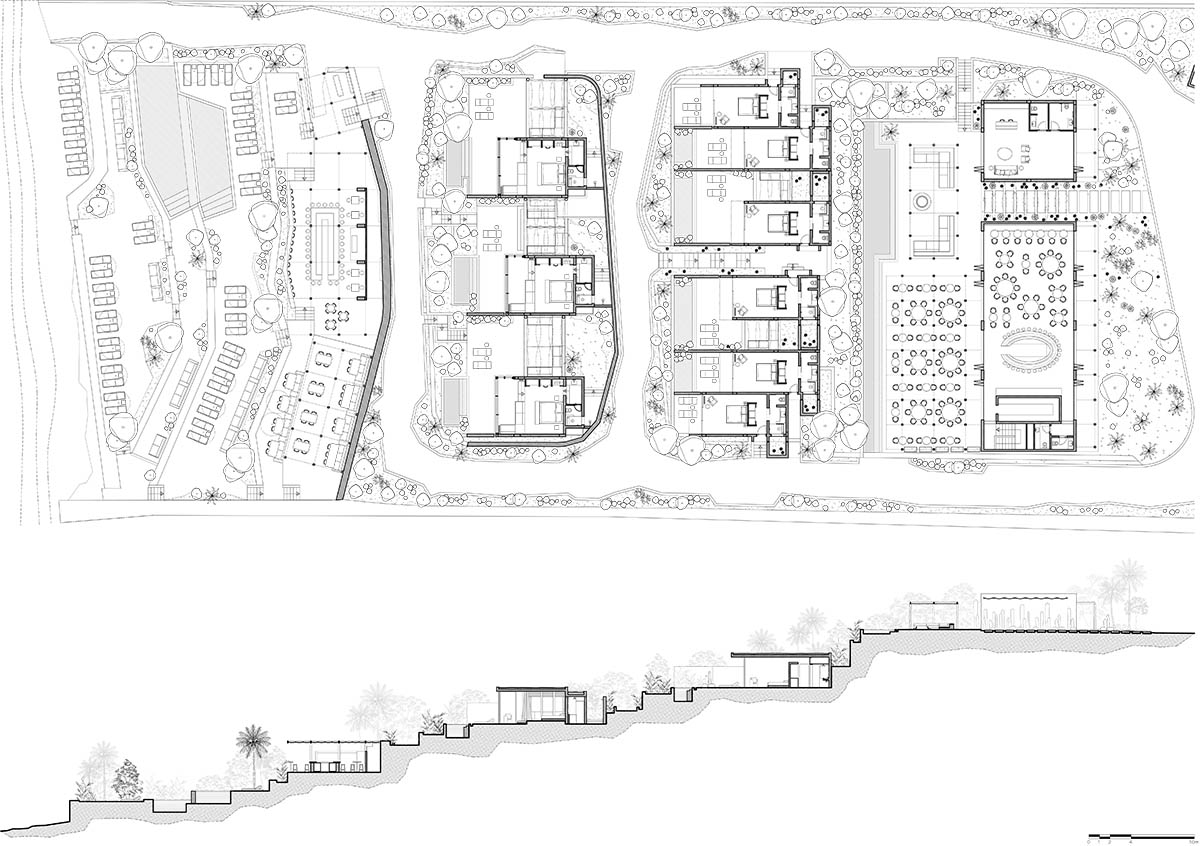 Carl Gerges Architects was founded in 2008 by Carl Gerges. He has always managed to merge his two passions: music and architecture in his works.

Gerges' main design approach in architecture is shaped like he does for music, in a “scenographic” way, with an emphasis on light which is his favorite medium.