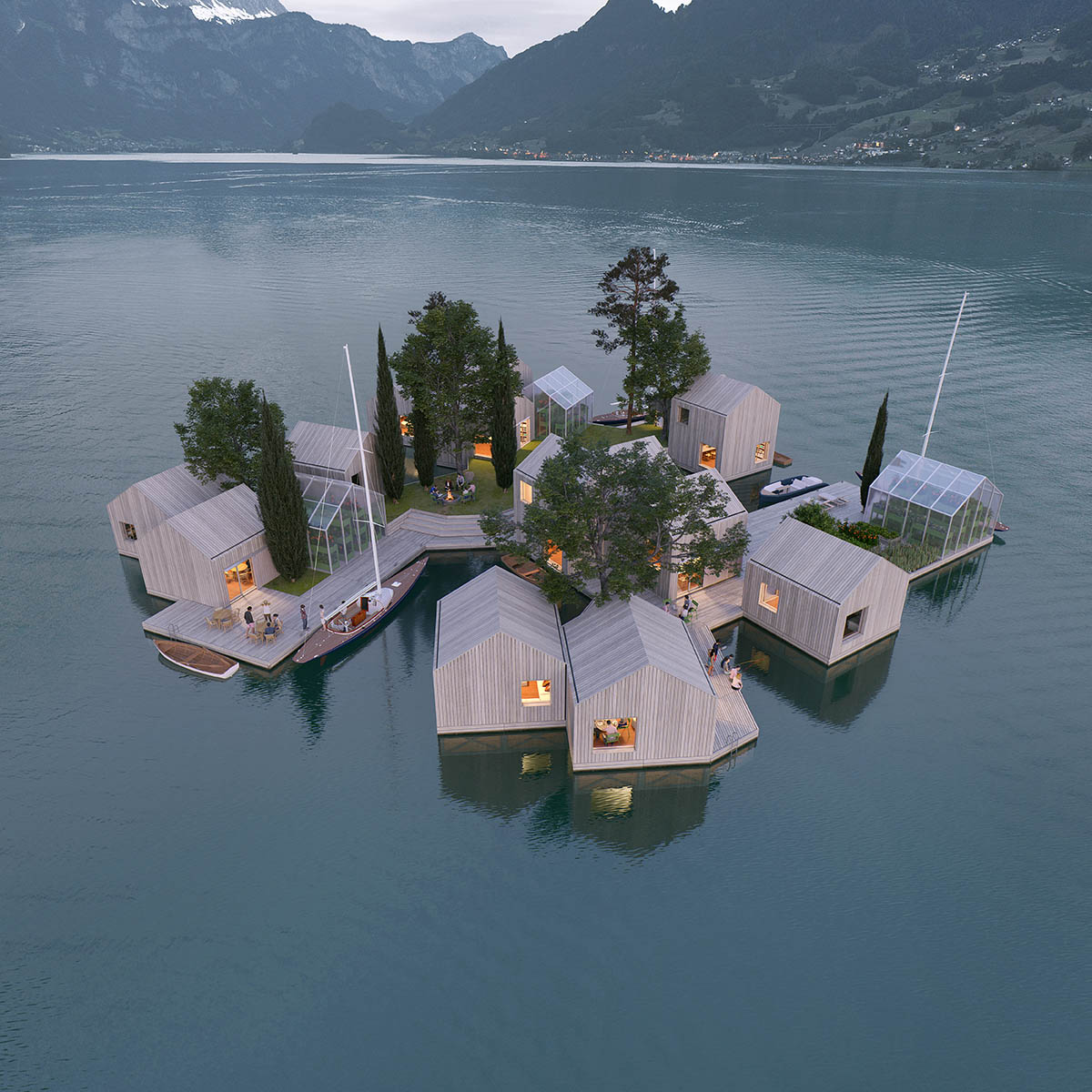 Called Land on Water, the new vision was developed by MAST with the support of Hubert Rhomberg and venture studio Fragile to find alternative and efficient ways on living on water in response to increasing sea levels around the world.

MAST's new system is comprised of float-packed floating modules made of recycled reinforced plastic, in which the modules can be transported and assembled anywhere in the world in countless configurations.

According to MAST, the system provides a much more promising solution for building housing or infrastructure anything on the water - from floating houses in Seattle, to floating campsites at the centre of Oslo fjord, to saunas on Hobart’s riverfront. 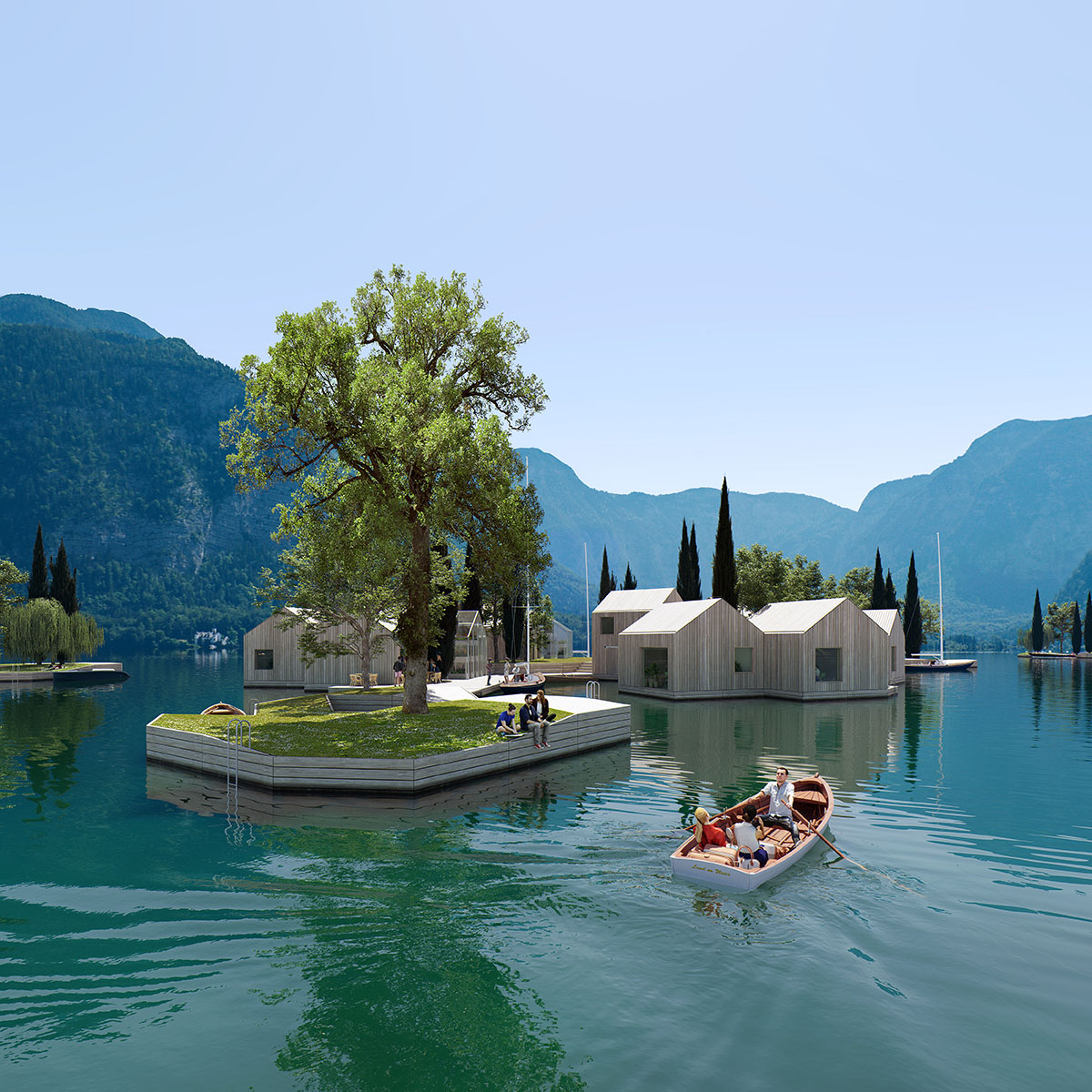 "A growing acknowledgement of sea level rise and an increased risk of urban flooding has contributed to a sharp increase in interest in building on water but current solutions, including polystyrene filled concrete foundations and plastic pontoons are inflexible, difficult to transport and highly unsustainable," said MAST in its project description. 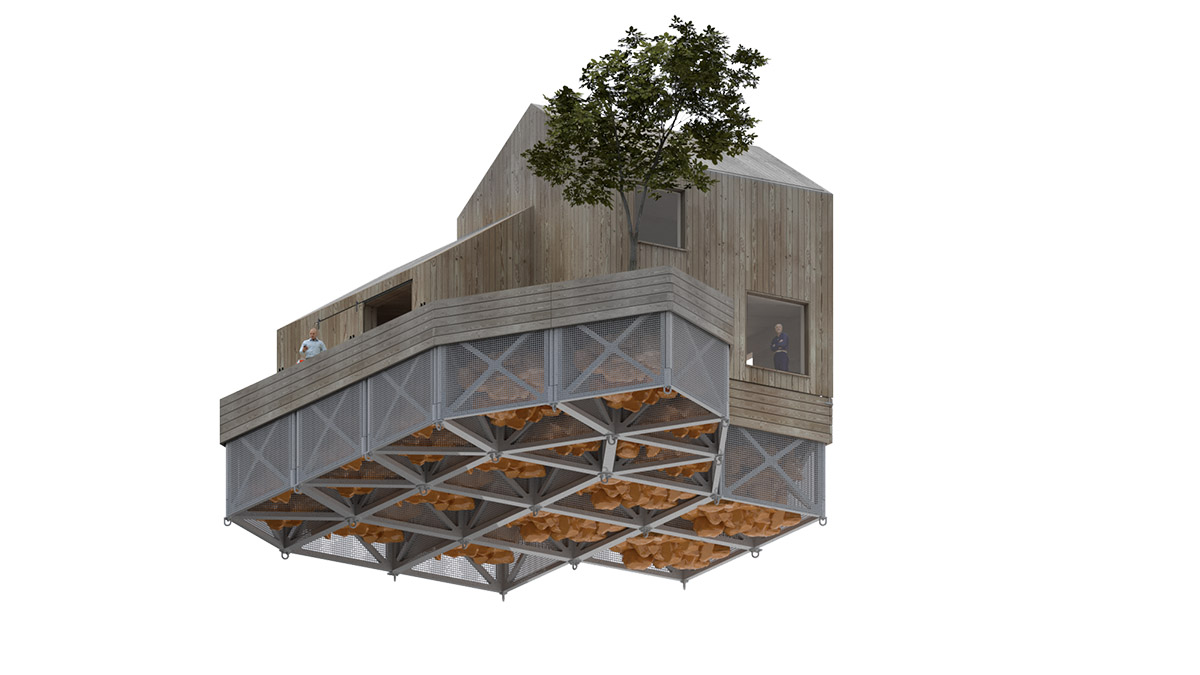 The studio inverted the same concept to form modular cages that are can be filled with locally-sourced, upcycled floatation material supporting the weight of any structure built on top.

As MAST emphasized, this system has also a unique advantage. For instance, the floatation material can be added or adjusted at any time if weight is added above or if anything changes in the balance of the weight.

Since the current market system solutions propose other materials such as polystyrene filled concrete foundations and plastic pontoons, MAST believes that these systems are inflexible, difficult to transport and highly unsustainable to use.

Due to sustainable materials and the new construction system Land on Water develops, the new system provides a more secure floating foundation for building housing and infrastructure.

"While steel and concrete foundations are commonly treated with toxic anti-fouling paints, Land on water provides an ideal habitat for fish and crustaceans and an anchor point for molluscs and seaweeds," the office added. 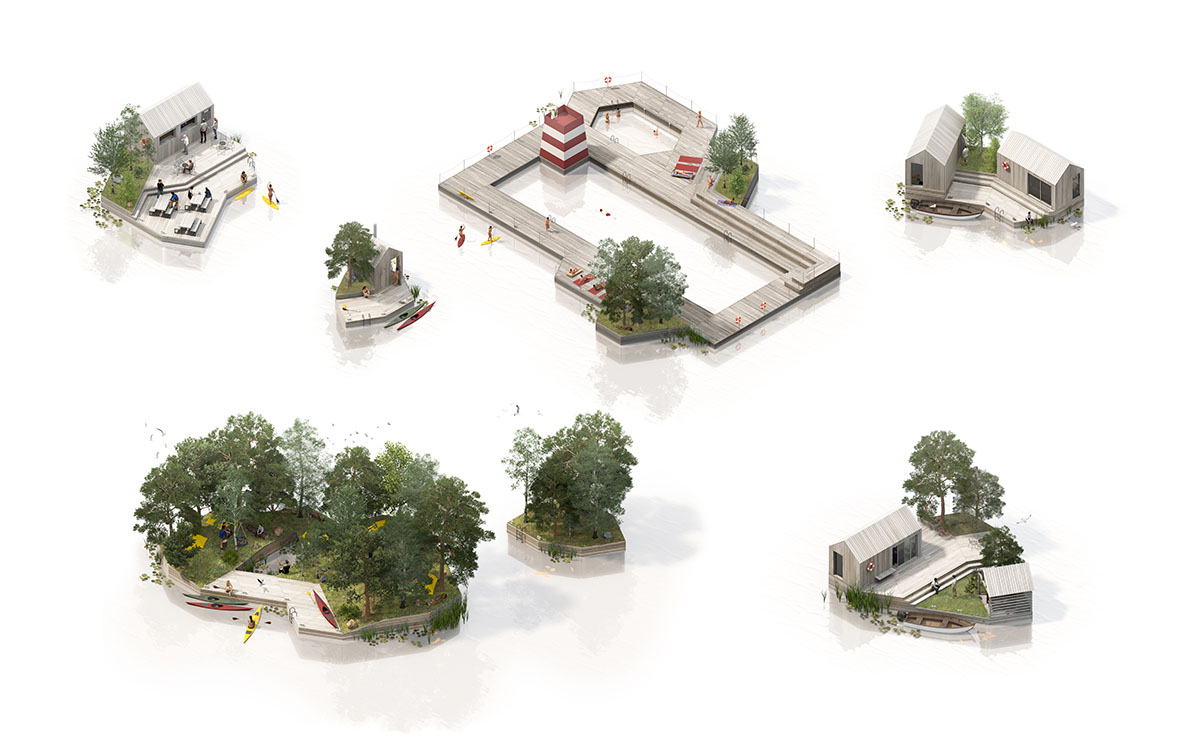 According to MAST, the project "promises a climate resilient and adaptable solution for the construction of new floating buildings", while it could also lead to an entirely new type of dynamic and organic off-grid floating community.

The project could be an alternative solution to large master-planned floating cities, which are currently under development and repeat several mistakes made by urban planners in the middle of the 20th century. 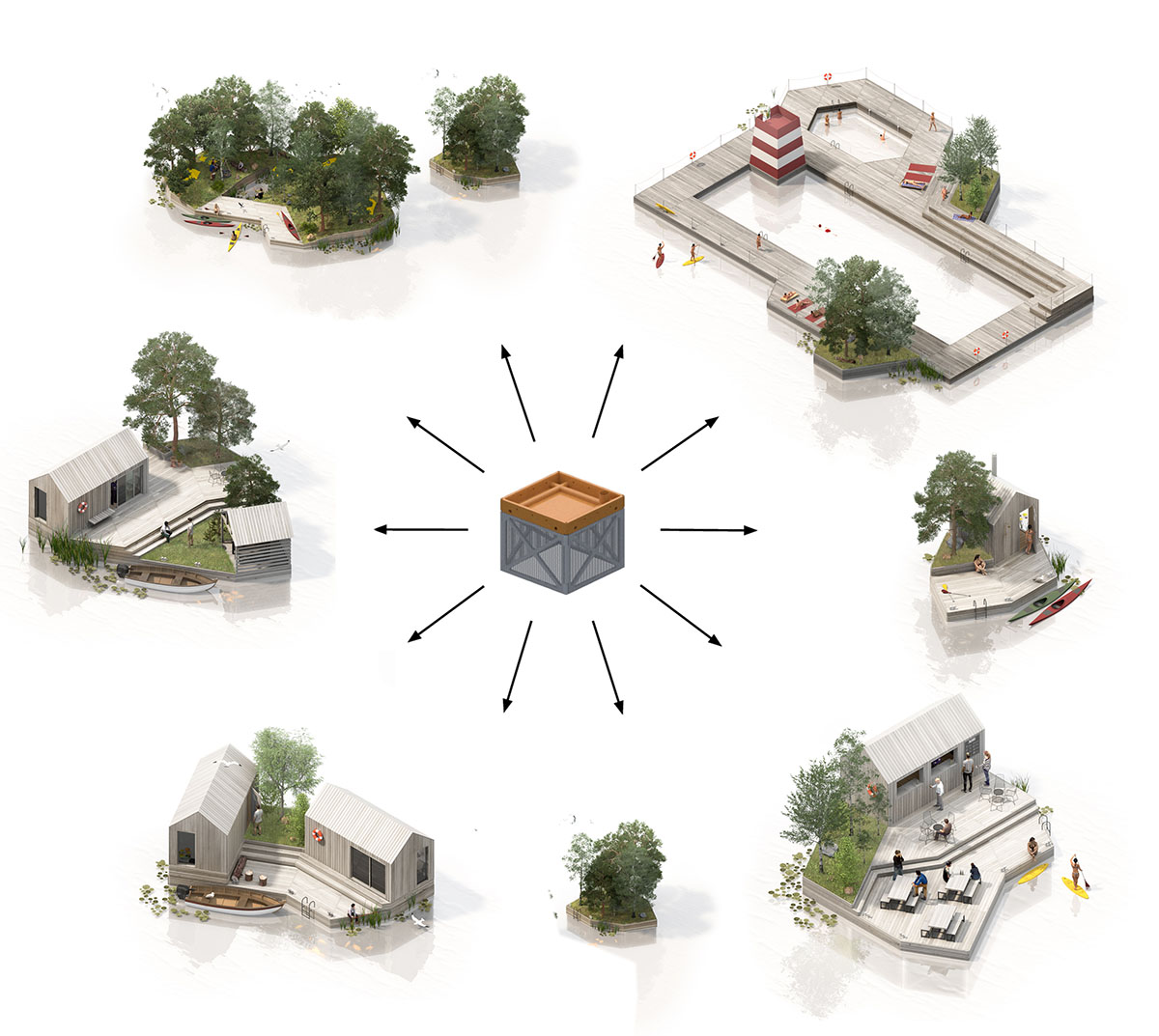 Similar concept includes BIG and Samoo-designed Oceanix Busan masterplan, developed by UN-Habitat, the Busan Metropolitan City of the Republic of Korea, and a New York-based blue tech company Oceanix as a resilient and a flood-proof prototype.

Another example to floating communities was Makoko Floating School designed by NLÉ in the aquatic community of Makoko, Lagos. 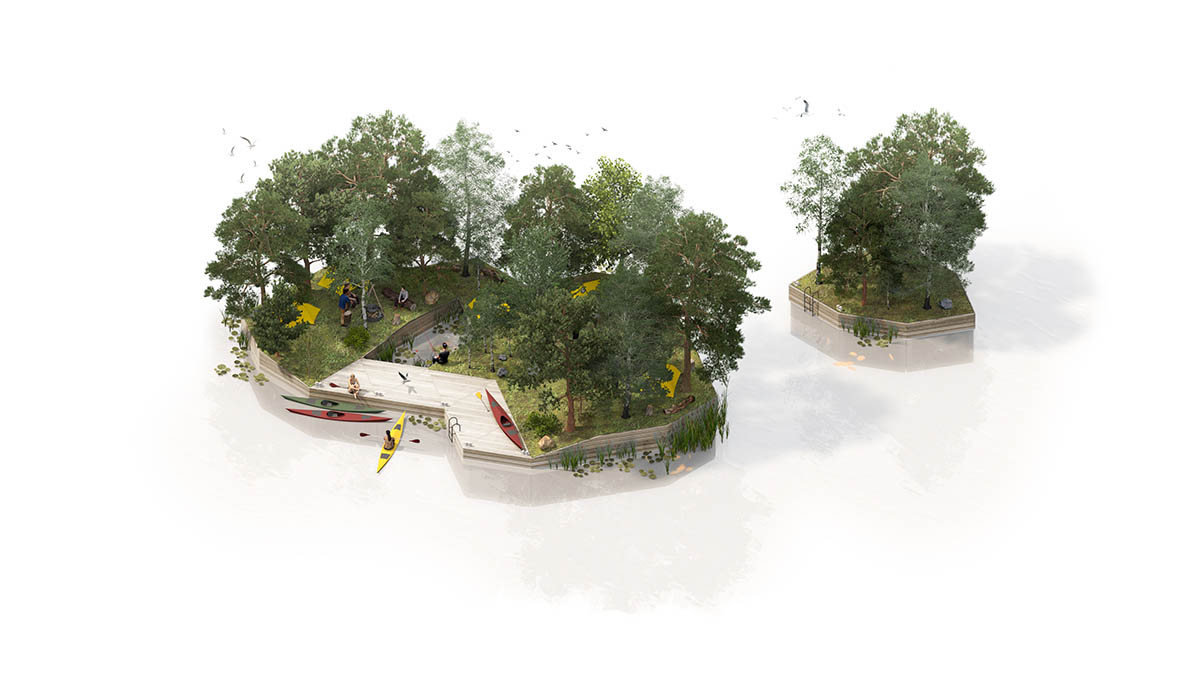 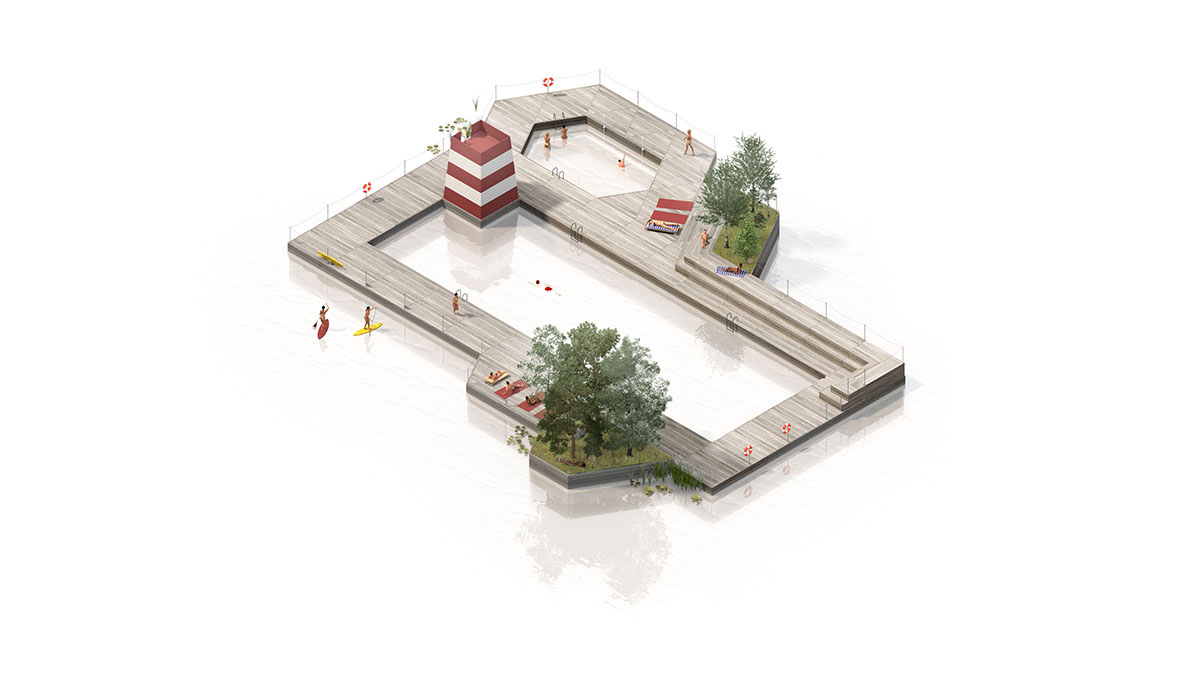 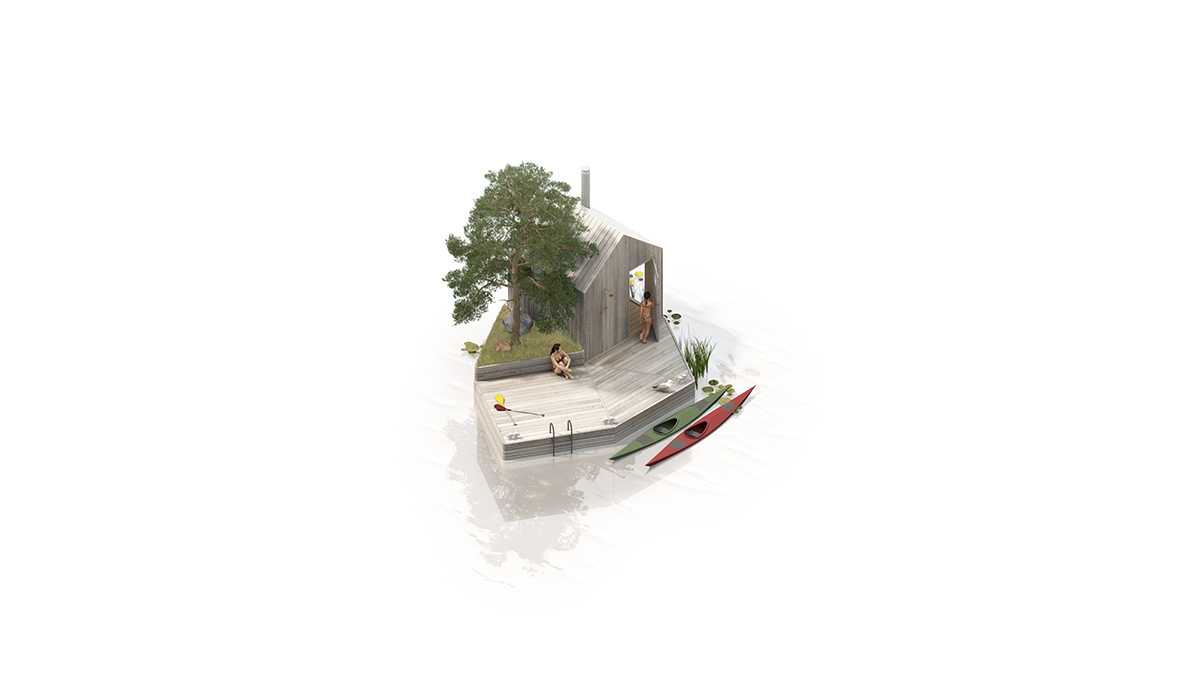 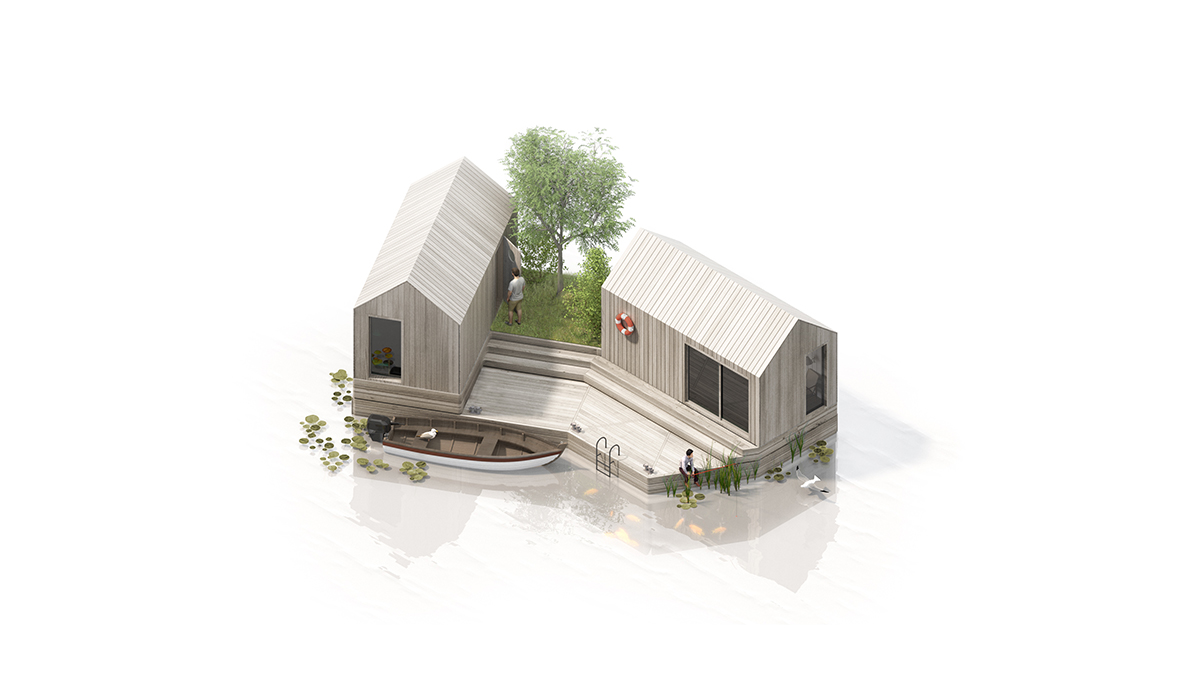 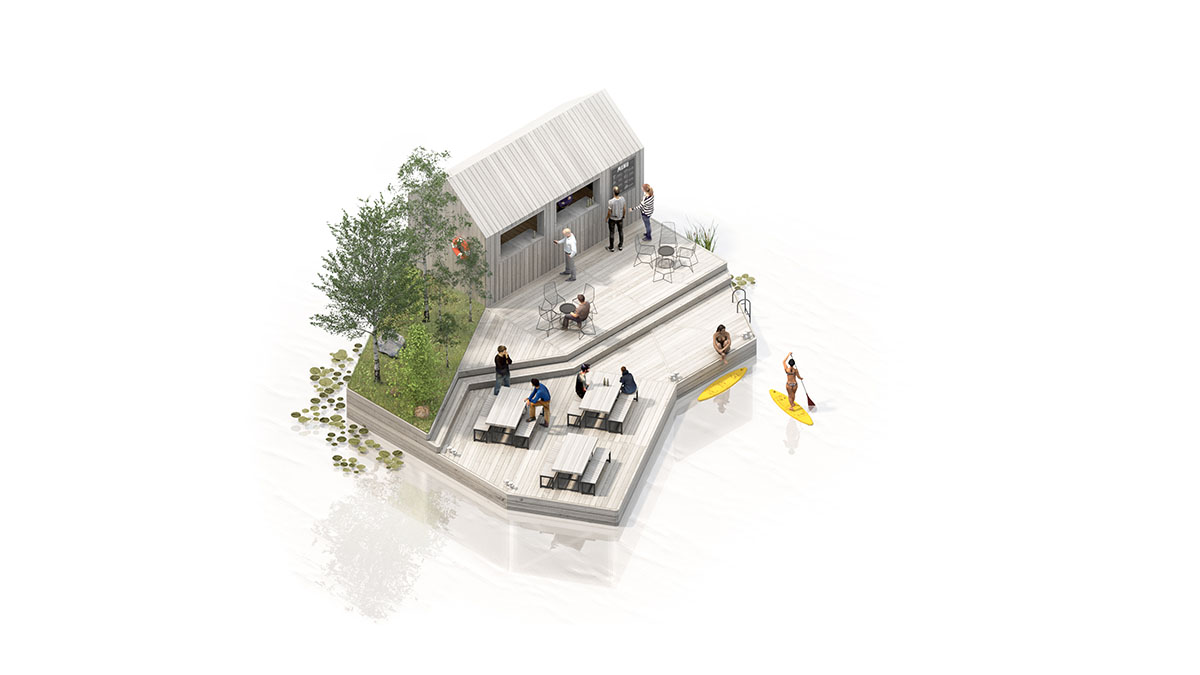 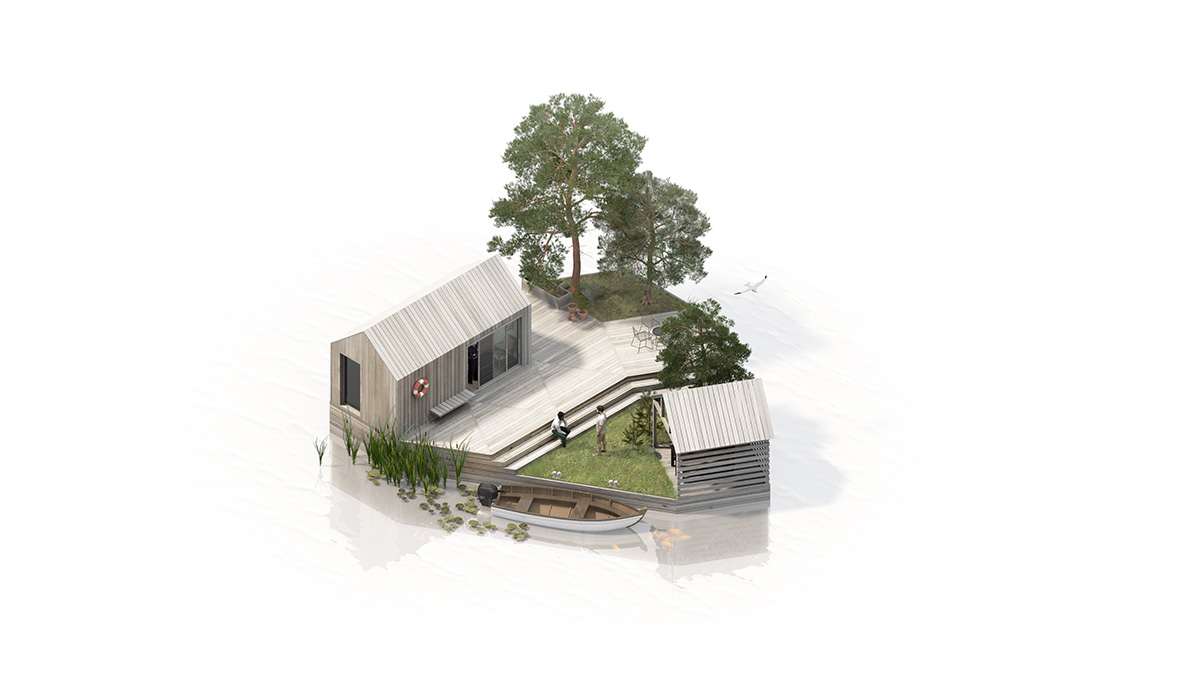 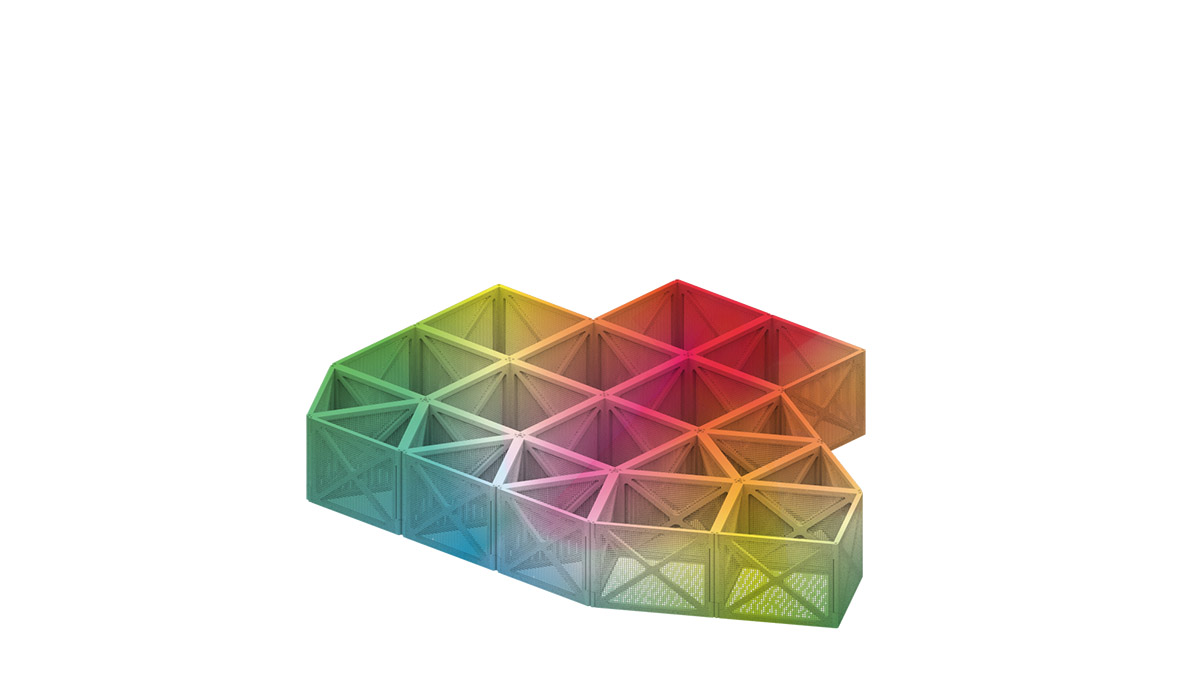 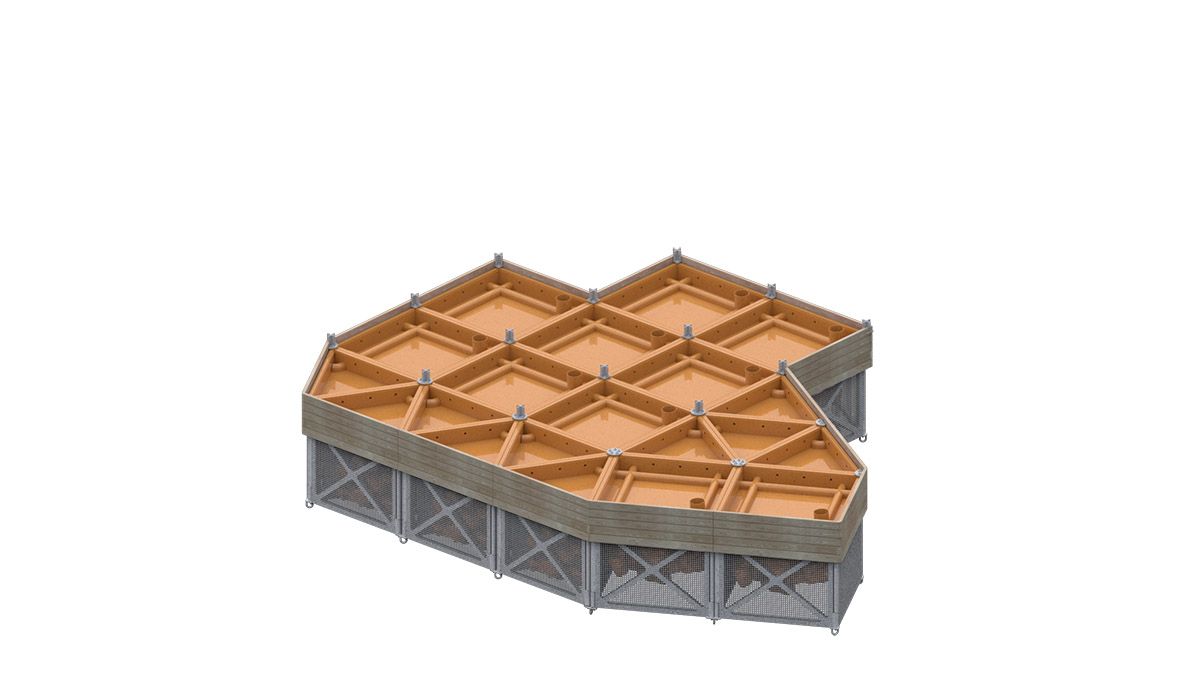 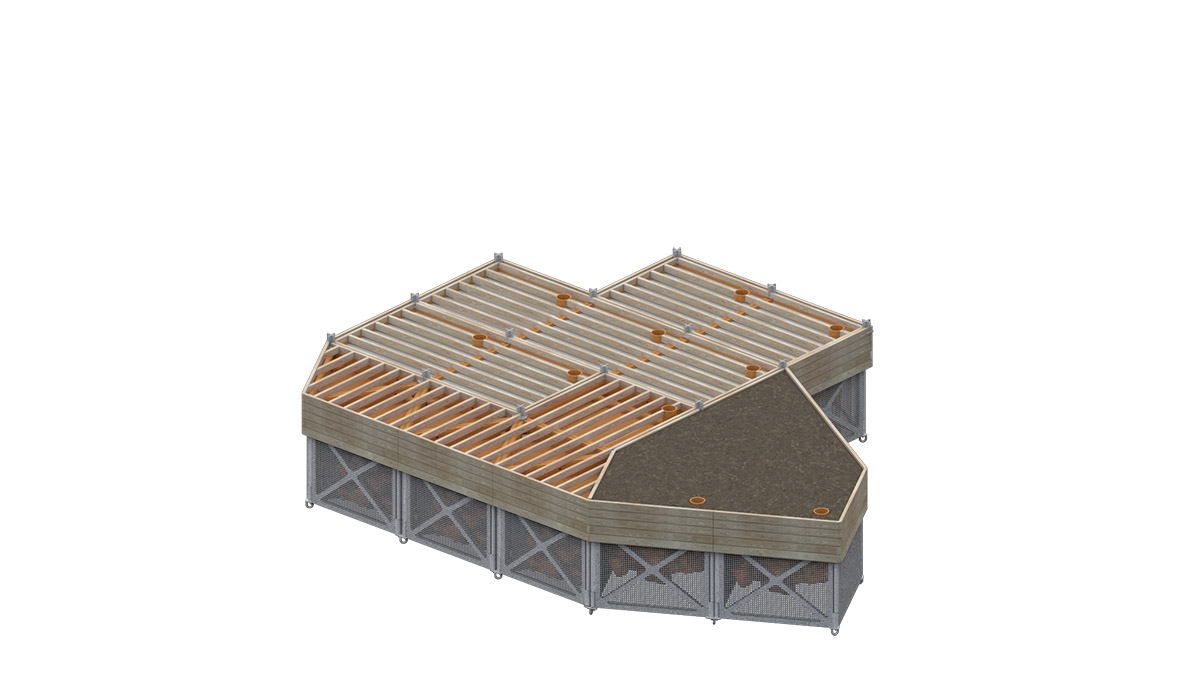 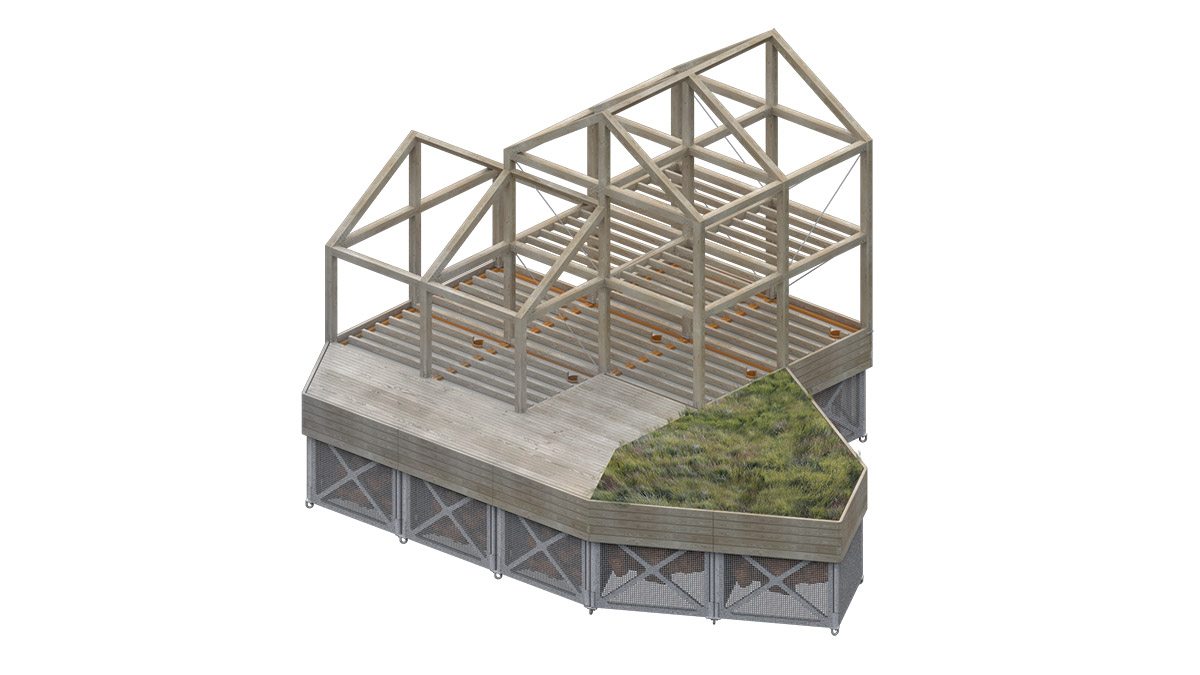 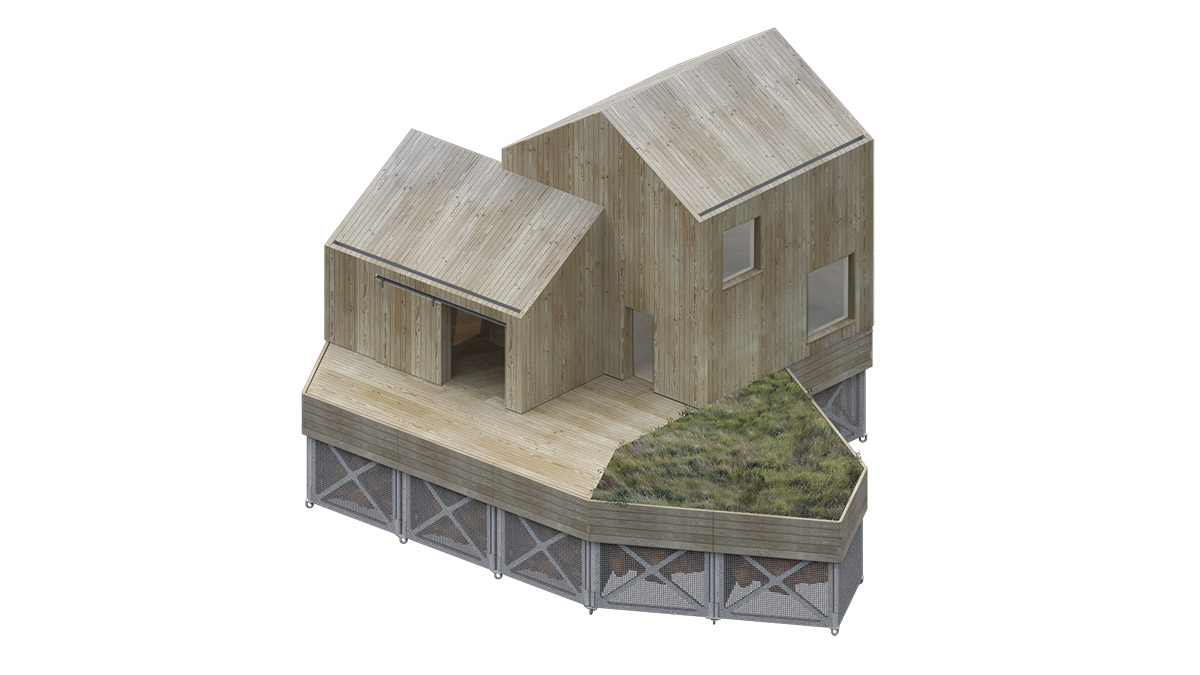 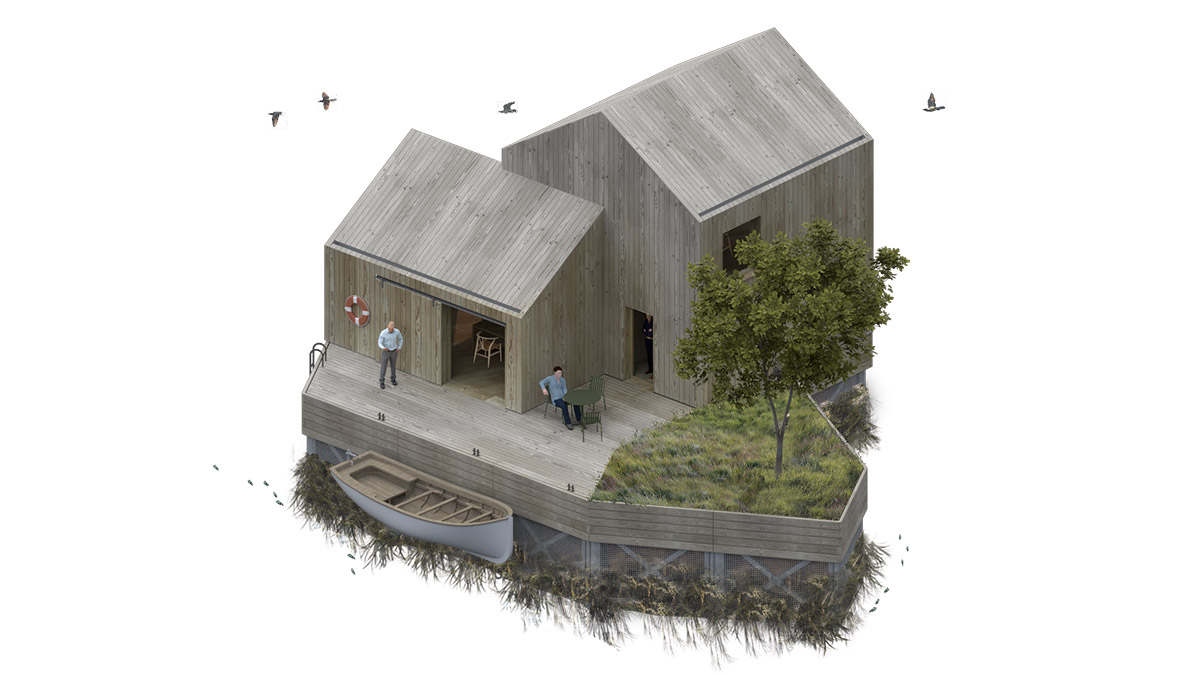 Copenhagen Islands, a group of floating islands, is another key project of MAST. The studio developed a new type of urban space for the harbor of Copenhagen, Denmark.

All images © MAST unless otherwise stated.