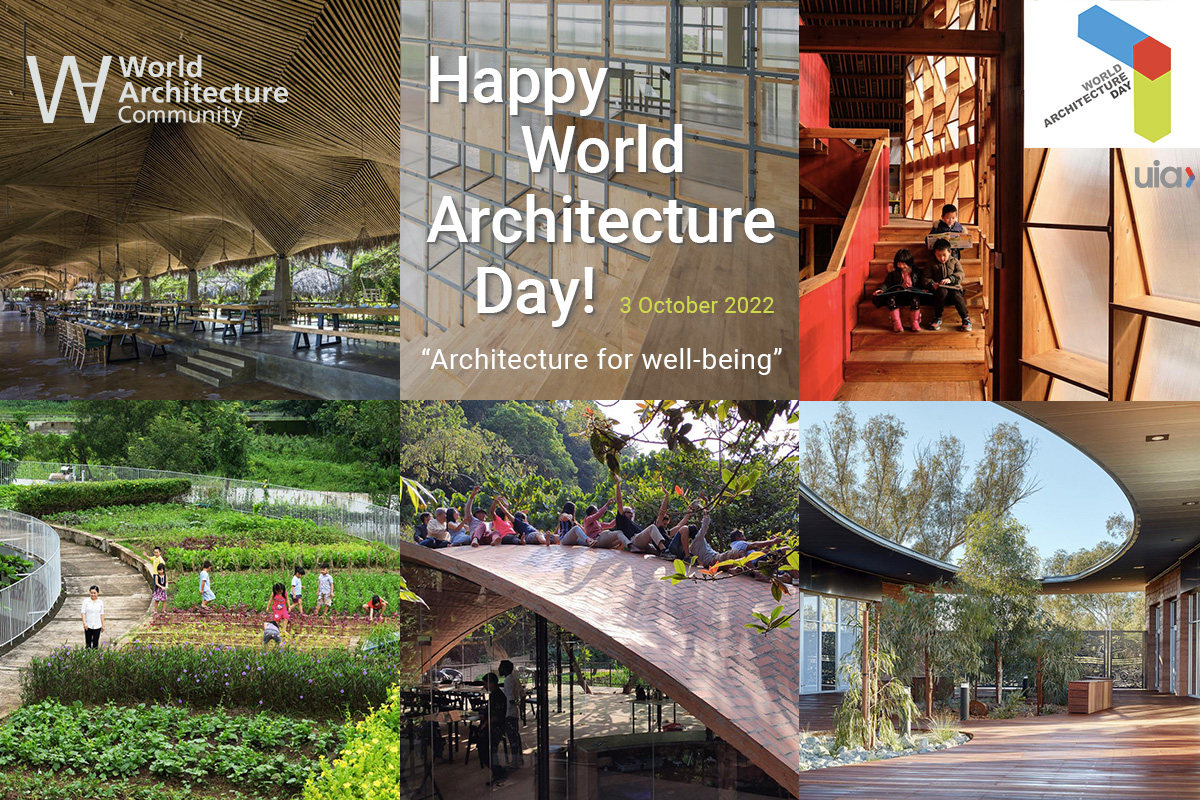 Today, we are celebrating World Architecture Day! Since 1985, every year, World Architecture Day is celebrated on the first Monday of October created by the International Union of Architects (UIA) in parallel with UN World Habitat Day to remind us the collective responsibility of architects to design a better future for the human habitat.

This year, the UIA has selected the theme as "Architecture for well-being" in line with the designation of 2022 as the UIA Year of Design for Health. The theme also highlights the Union’s commitment to "use evidence-based design to promote health in buildings and cities."

Rather than focusing on just one dimension of space, this year's World Architecture Day looks at its different layers and examines how architecture can better contribute to the physical, emotional, environmental, financial and social health of all humanity.

Moreover, the theme tackles the role of architecture in improving our lives by preserving, improving and restoring the health of buildings based on evidence-based design principles, and also by investigating its impact on the environment.

Health, as defined by the World Health Organization (WHO), is "a state of complete physical, mental and social well-being and not merely the absence of disease or infirmity," and "the enjoyment of the highest attainable standard of health is one of the fundamental rights of every human being without distinction of race, religion, political belief, economic or social condition (WHO, n.d.)," stated the UIA.

In response to recent global public health crises including the Covid-19 pandemic and other devastating disasters, the UIA General Assembly in July 2021 declared "2022: UIA Year of Design for Health."

"This commitment urges all UIA Member Sections to encourage architects and their clients to use evidence-based design to promote health in buildings and cities, and promotes “Design that protects health, design that develops Better Health, and design that restores health once it is impaired."

"Keeping in mind that the built environment has an impact on the health of the people who experience it, Design for health and well-being should be a fundamental component imbedded in every project, for every practice, and at any scale, which will be emphasised and demonstrated on World Architecture Day," the UIA added.

This year’s theme "spotlights how the build environment can affect well-being and how architects can unite with the private, social and public sectors to find a holistic and harmonious balance between the built and natural environments," said UIA President José Luis Cortés. 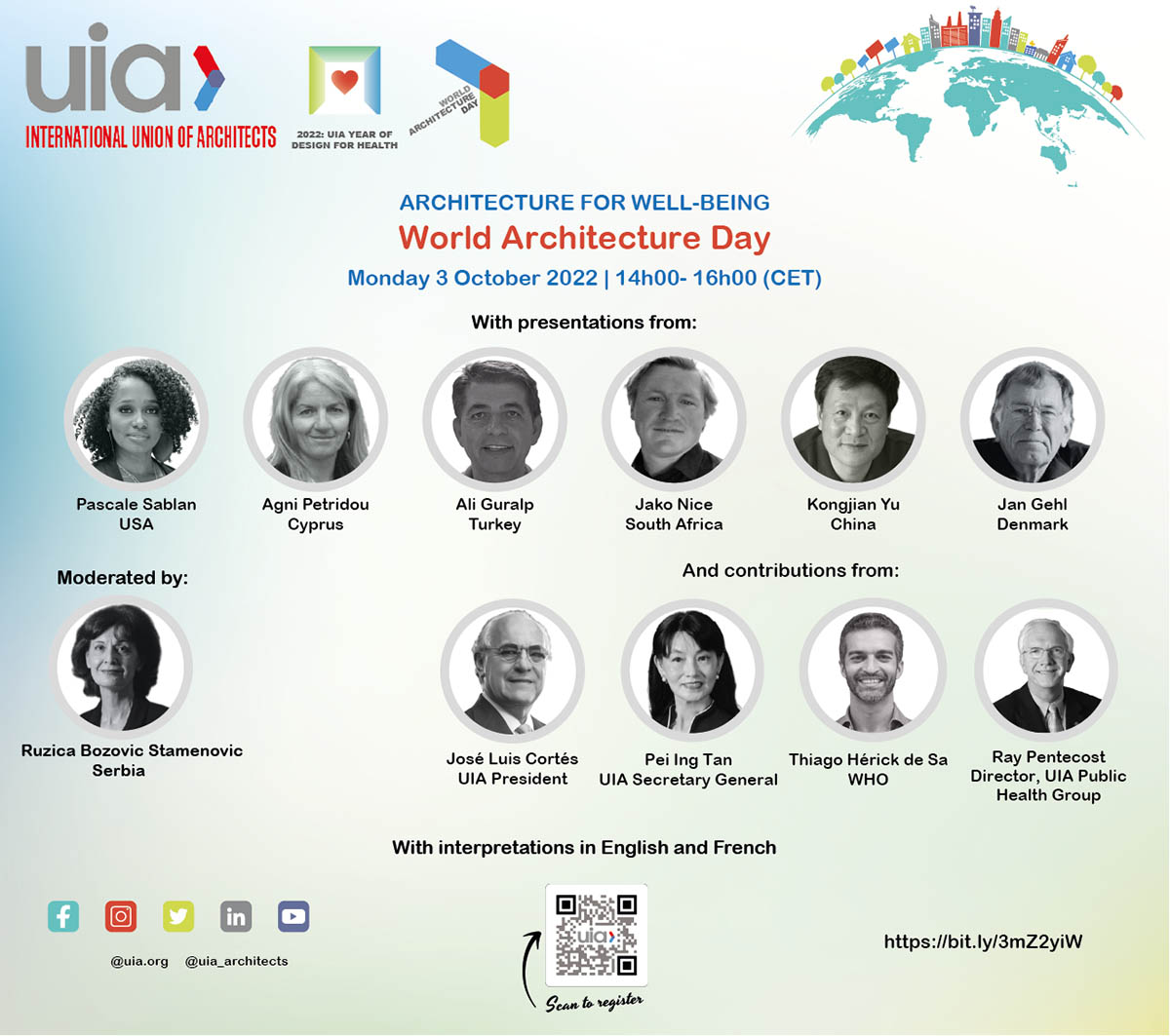 Image courtesy of the UIA

To mobilize World Architecture Day with small but impactful efforts and actions, the UIA will hold a webinar today, 3 October, featuring global experts on how architecture can and should contribute to well-being.

Moderated by Ruzica Bozovic Stamenovic (Serbia), the webinar will include a presentation by Thiago Hérick de Sá, Department of the Social Determinants of Health, World Health Organization (WHO) discussing what well-being is and the role of architects therein.

To celebrate World Architecture Day, here're a selection of projects that enhance the possibilities of well-being for healthier spaces, while also touching upon the physical and emotional aspects of the human. Well, of course, each project shows a sensitive approach with local discourse and materials special to its own context, and all of which were awarded the WA Awards 10+5+X in previous cycles. 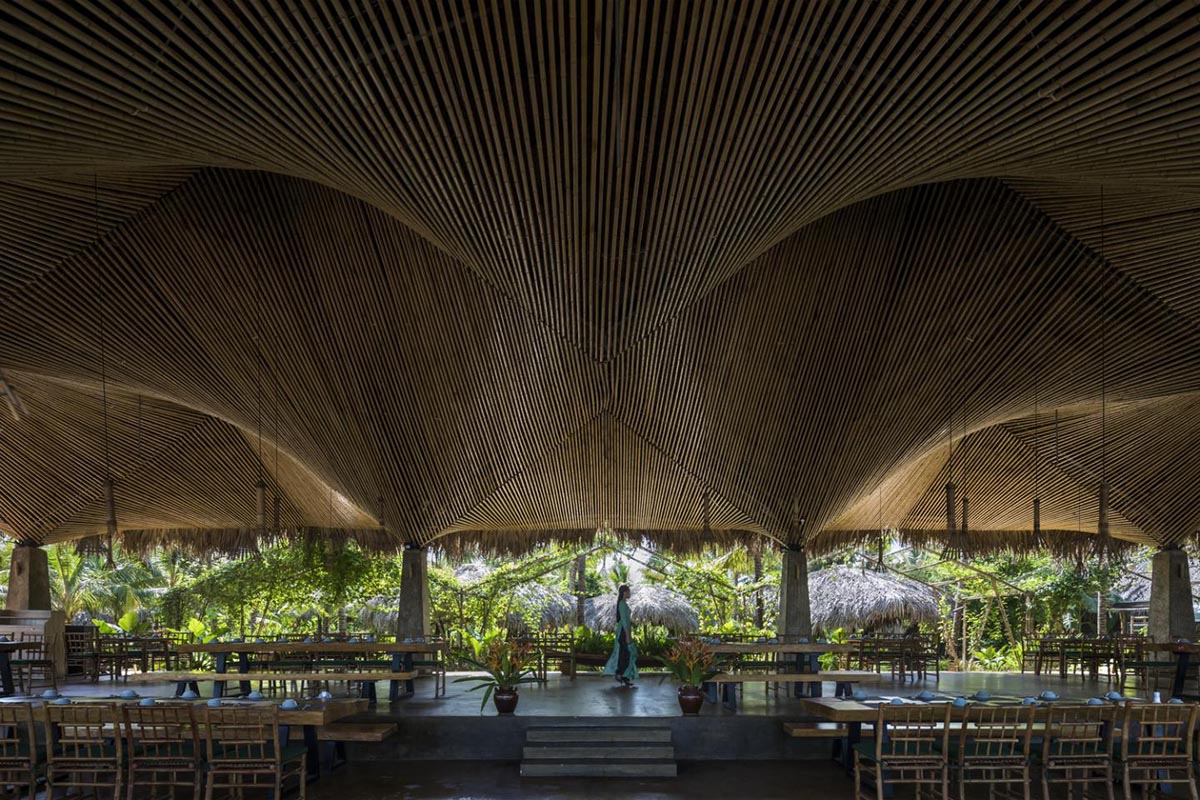 Coconut Homeland Restaurant was awarded the WA Award in the 39th Cycle. 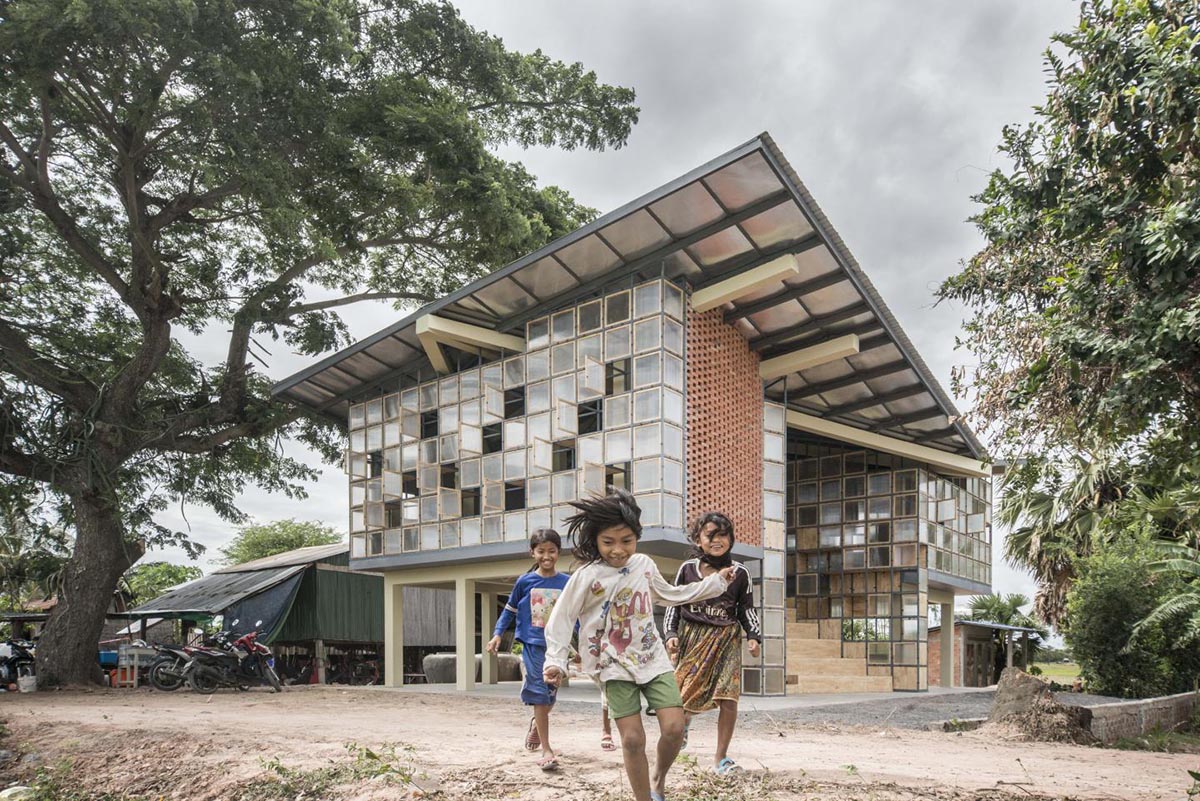 Adventurous Global School was awarded the WA Award in the 34th Cycle. 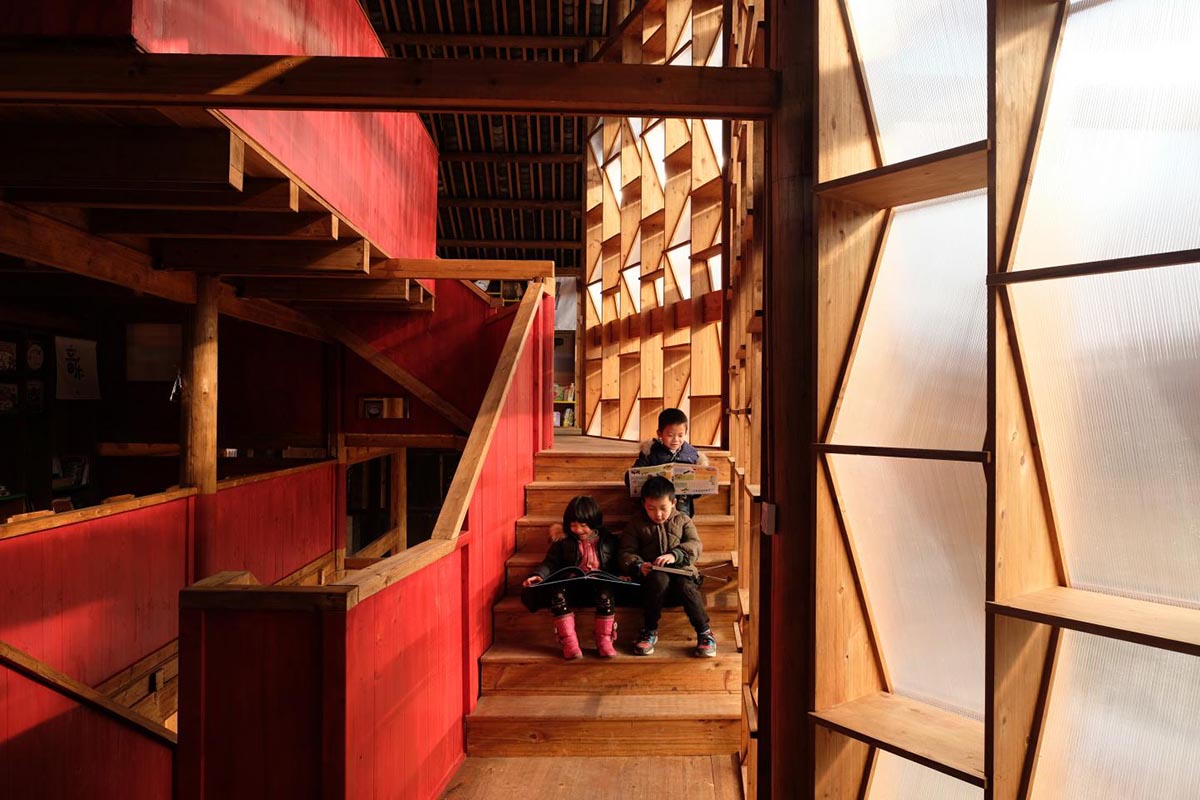 Gaobu Book House was awarded the WA Award in the 31st Cycle. 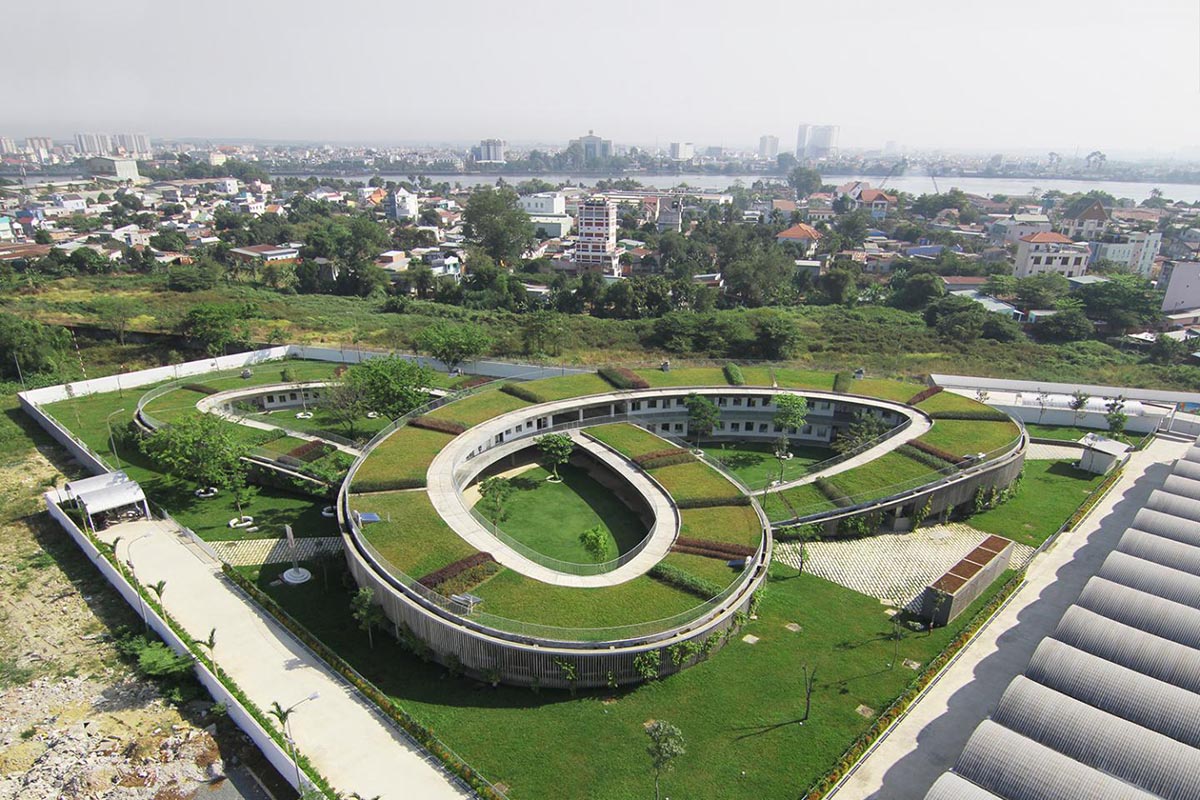 Farming Kindergarten was awarded the WA Award in the 36th Cycle. 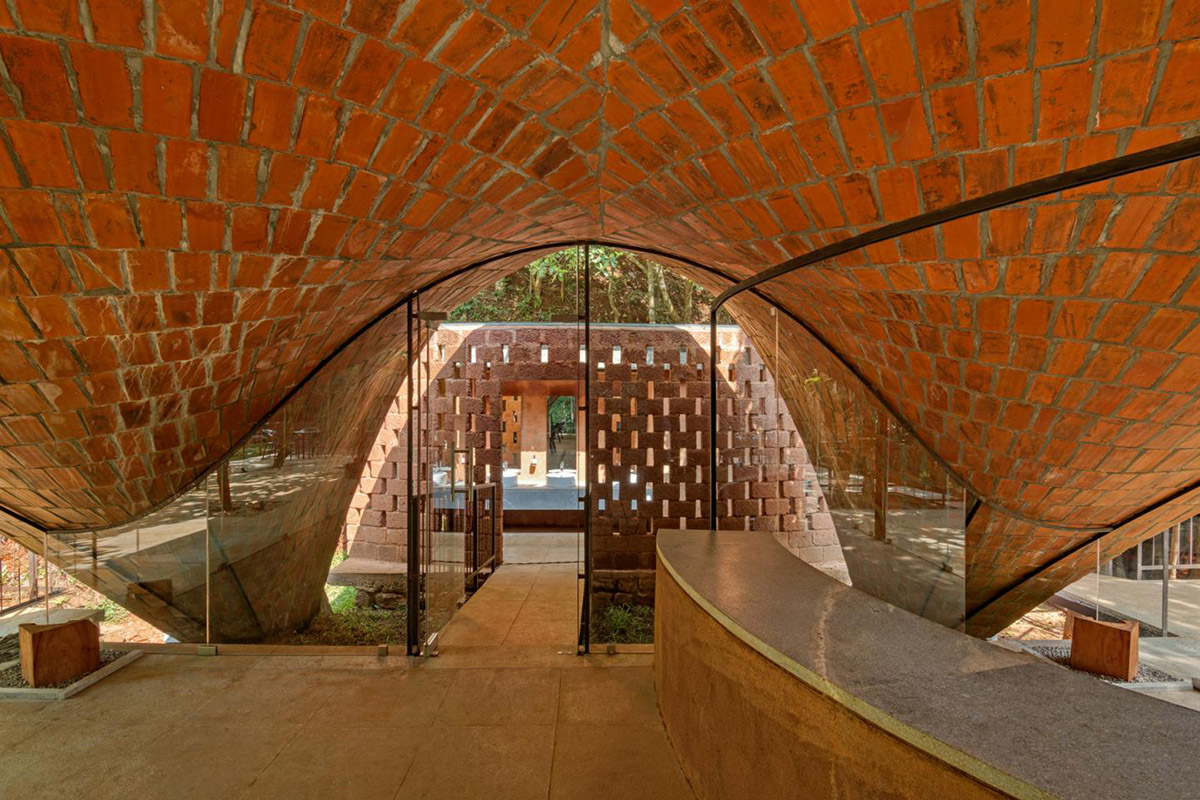 Dining Space at DevaDhare in India by Play Architecture

Dining Space at DevaDhare was awarded the WA Award in the 40th Cycle. 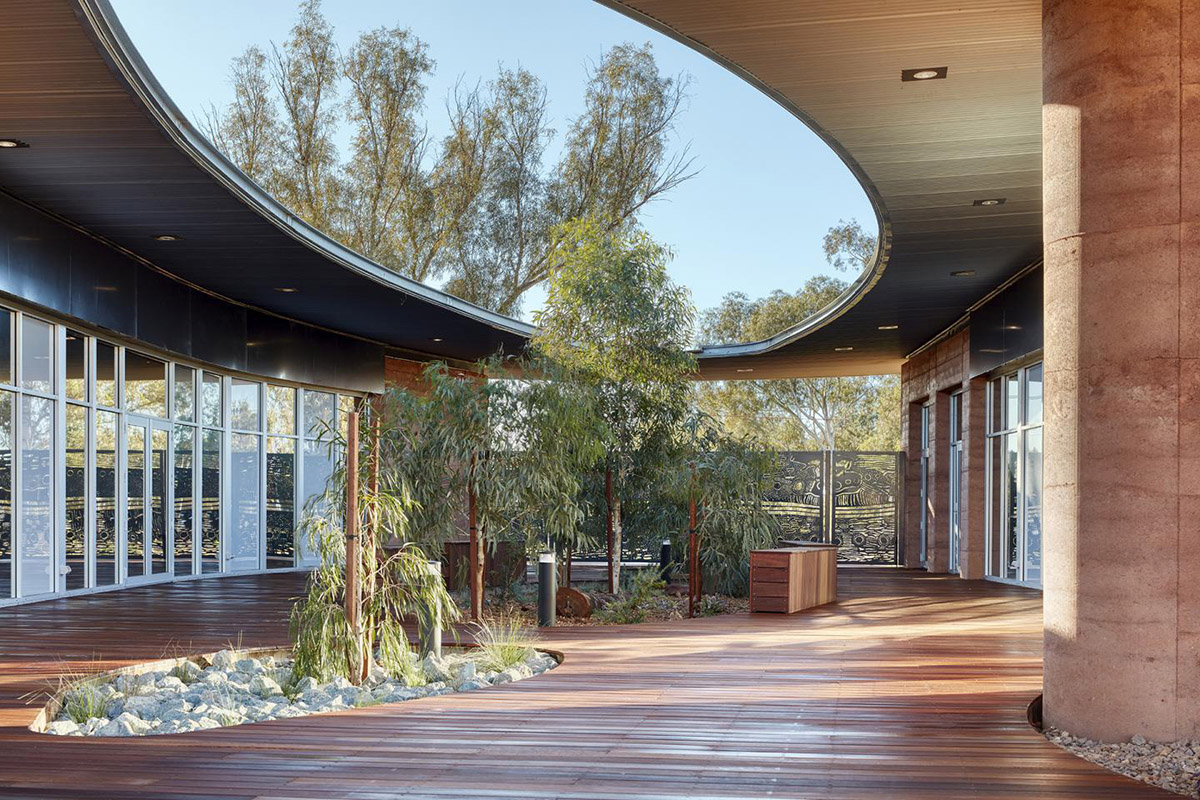 Puntukurnu AMS Healthcare Hub was awarded the WA Award in the 37th Cycle.