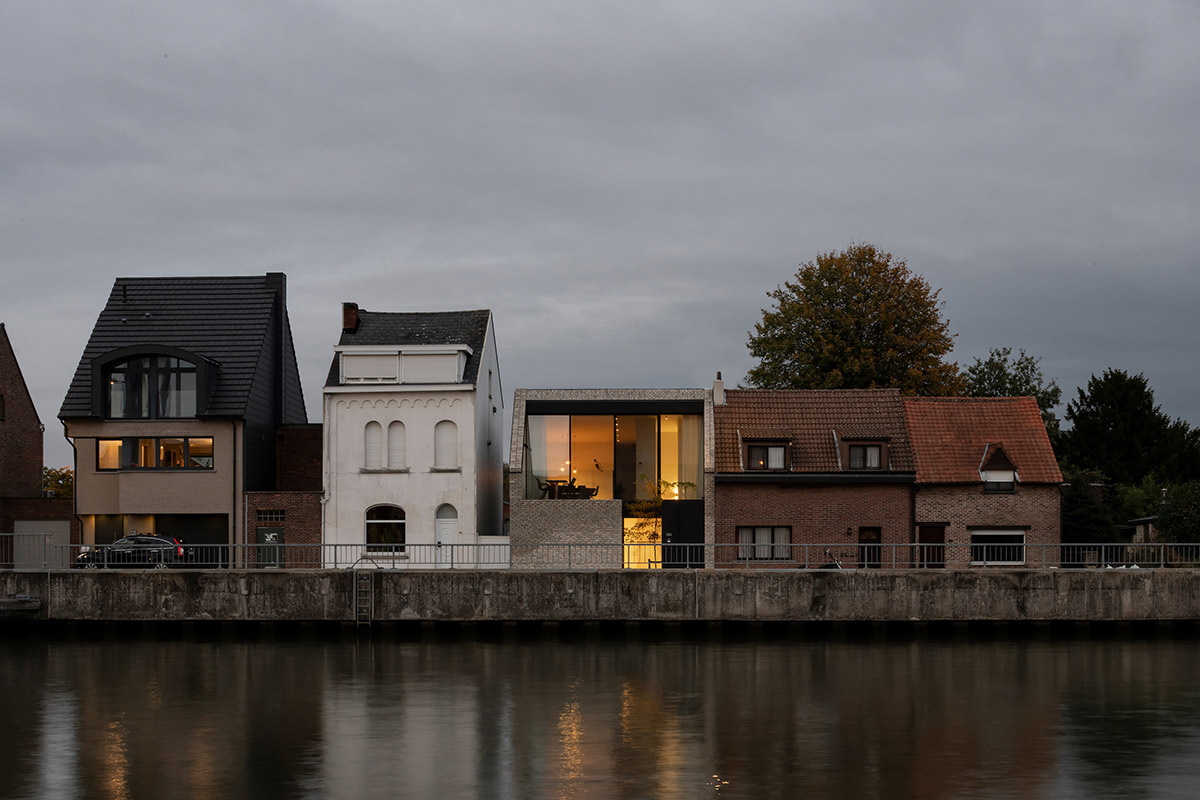 Antwerp-based architecture practice Studio Farris Architects has played with subtraction of volumes to create this small residence overlooking the Brussel-Scheldt Maritime canal in the Belgian town of Humbeek, Belgium.

Named Canal House Humbeek, the house is a single-family residence, developing a series of spatial mediation devices between the indoor and outdoor environments. 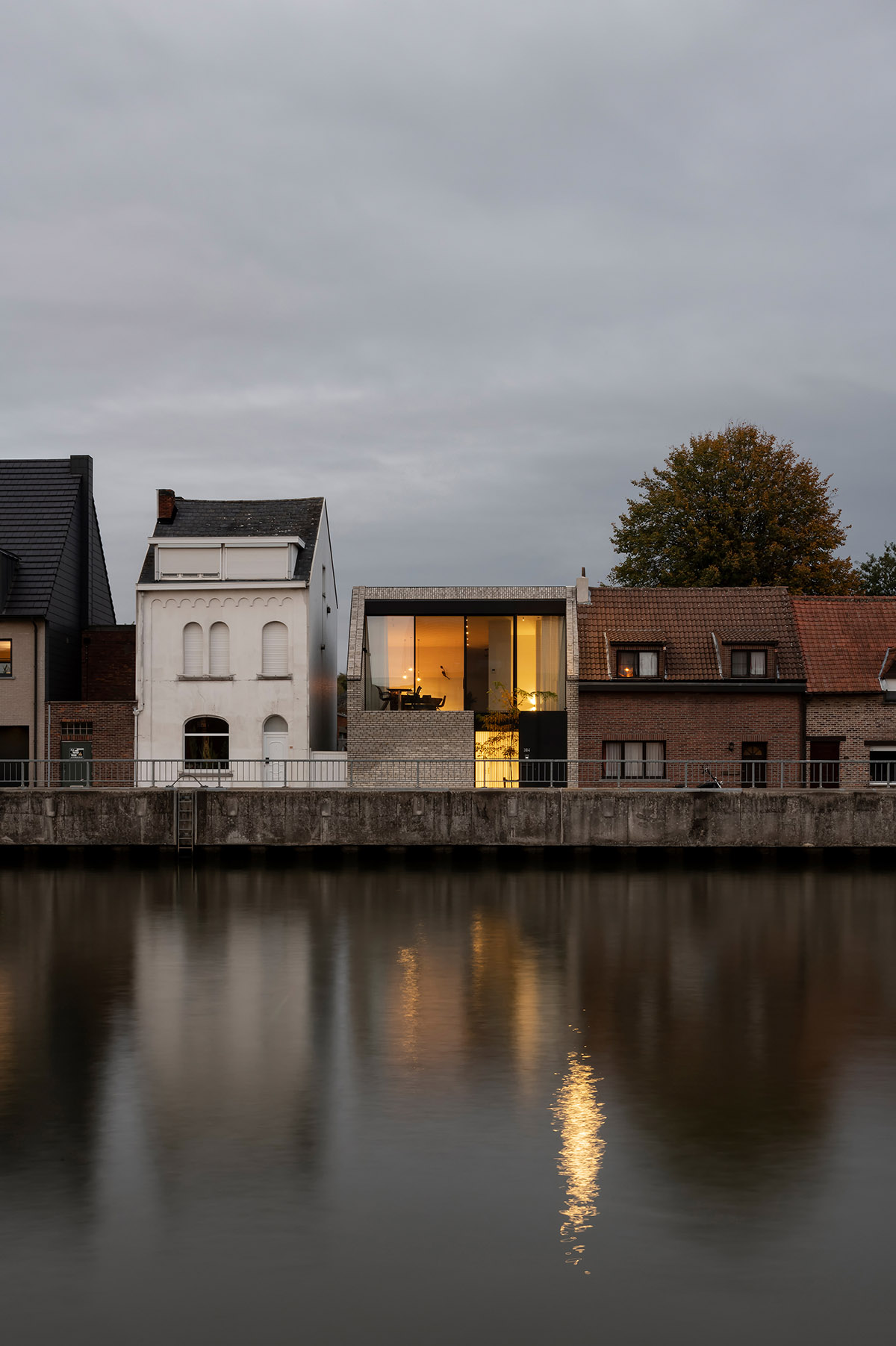 The volume of the Canal House is drawn to respect the profile of the adjacent houses, while receding to form an introverted façade. Articulated around a minimal courtyard, the residence creates a sort of secret garden that offers a condition of peace and intimacy to the ground floor.

With this project, the studio directed by Italian architect Giuseppe Farris confirms its ability to reflect on the subject of residential design by developing solutions that draw on the vast repertoire of modernity, reconfiguring it to meet the needs of contemporary living. Due to the location and the size limit of the plot, the project puts a strong emphasis on the relationship with the canal, the project of this house draws upon an original spatial configuration based on the definition of a new relationship between the inside and outside.

"Humbeek Canal House was created to substitute a pre-existing building and makes the most of the available surface area by respectfully placing itself within the profile defined by the row of residential buildings facing the canal, complying with the surrounding gabled roofscape," said Studio Farris Architects. 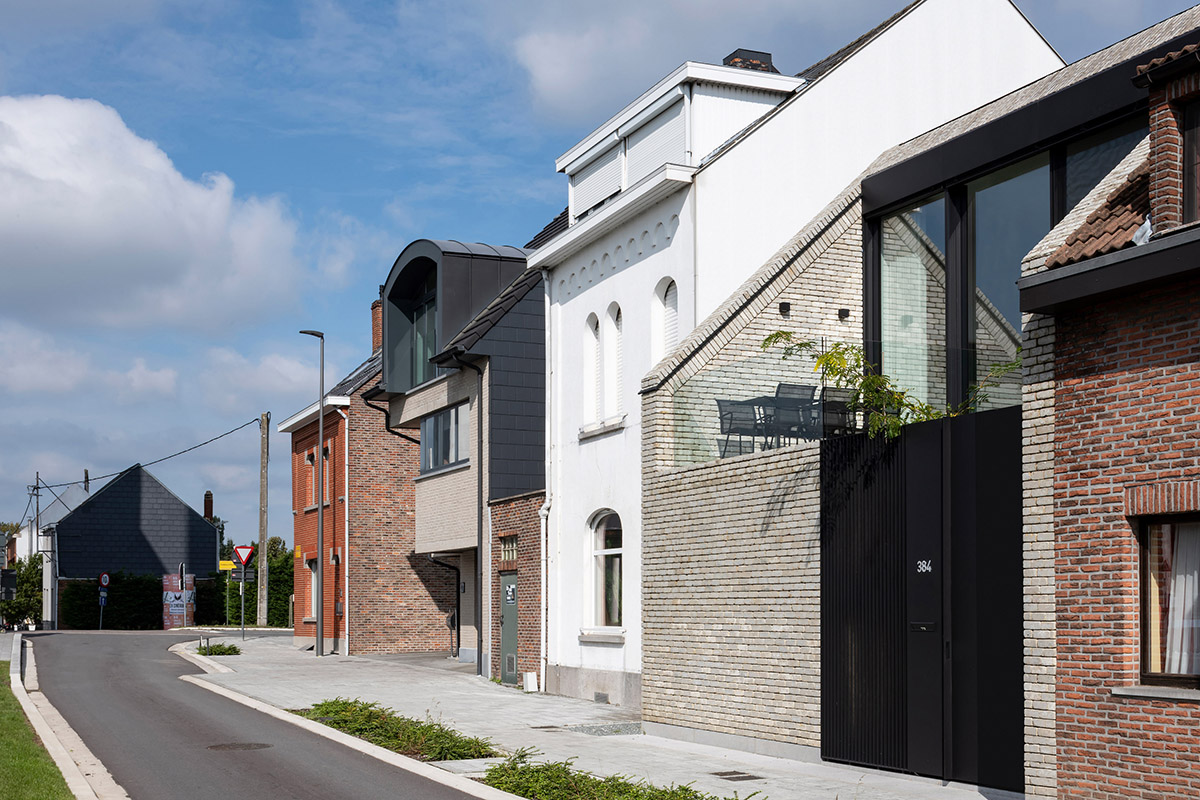 But the studio enrich the project with new solutions and with elegant adaptation to the urban context, extending the potential of the lot and redefining the conditions of use of the house.

"The other houses facing the canal do not exploit the presence of the waterway, denying any opportunity to relate to both the public dimension and the view of the outdoor space," added the studio.

"The traditional layout of houses in fact has the living quarters on the ground floor, with high windows protected by curtains for privacy." 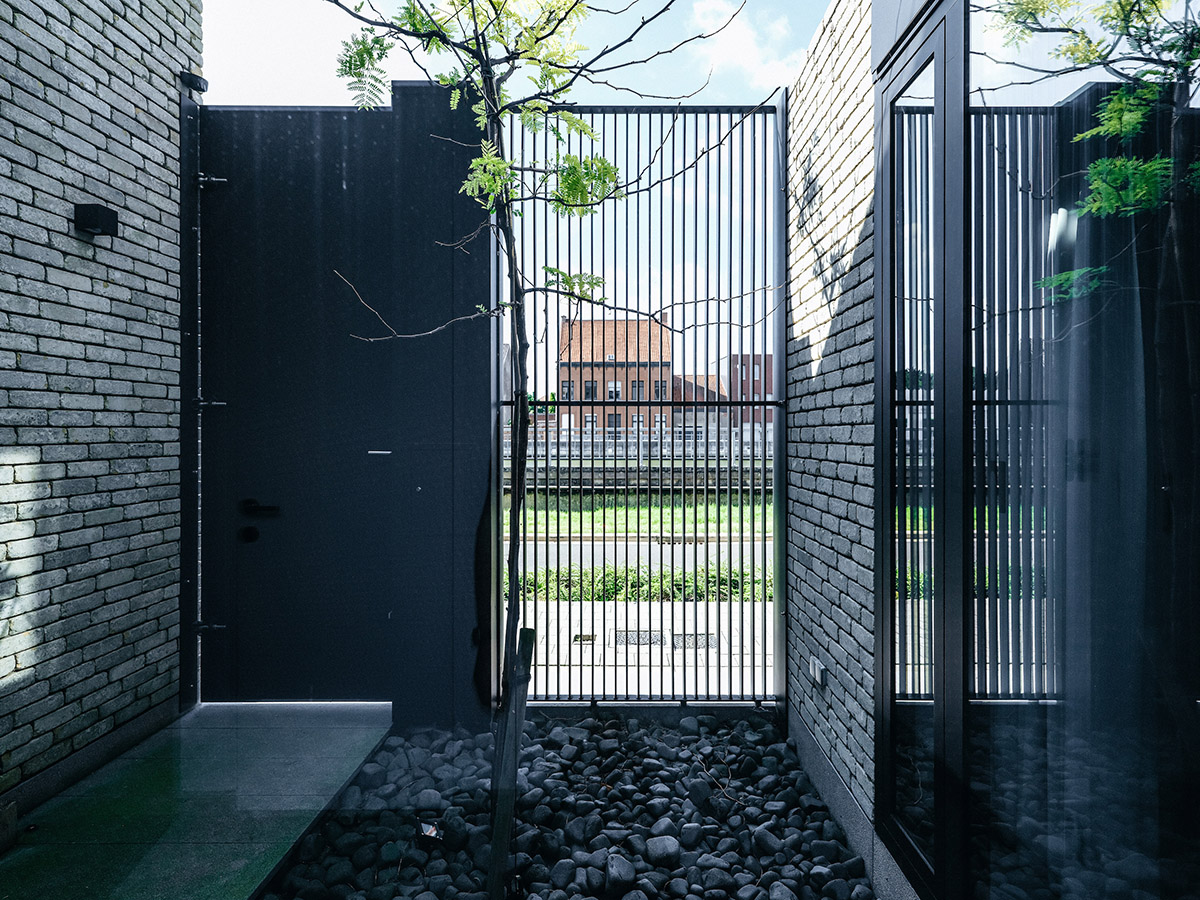 Studio Farris took into consideration of the volume in terms of space distribution, the architect emptied part of the original envelope and reversed the program by placing the living area on upper floors and the sleeping areas on the ground floor, and worked on a careful redefinition of the boundaries between indoors and outdoors.

The house uses the full height in the rear façade, while the outline of the front façade is reimagined. The building recedes, resulting in an introverted facade that is organized around a new open space created by the volume subtraction. 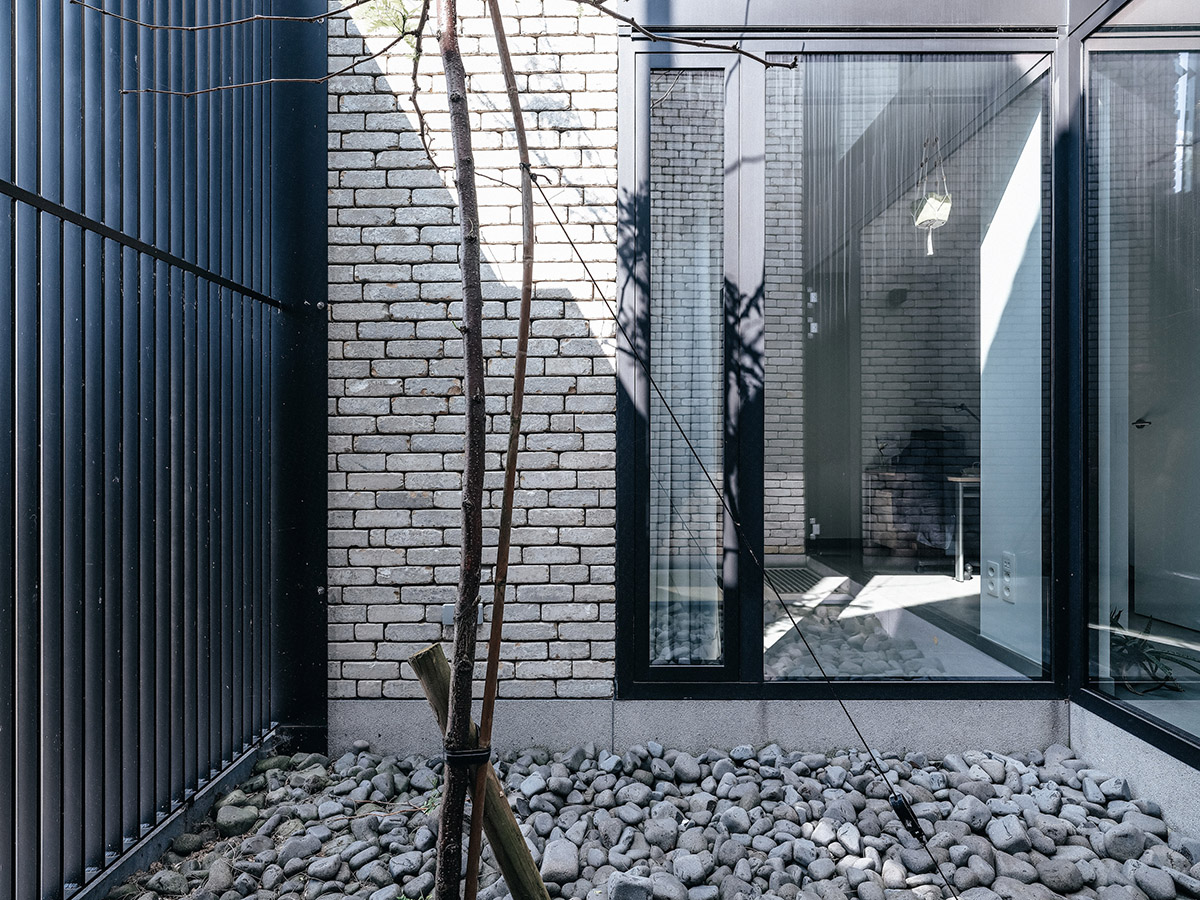 The project by Studio Farris thus determines an unexpected spatial layout consisting of an entrance courtyard on the ground floor, which acts as a filter between the street and the house, matched by a small garden at the back of the house.

According to Giuseppe Farris, founder of the studio, it is a sort of "Japanese courtyard", recalling the work of Carlo Scarpa that he carefully investigated during his studies at IUAV University in Venice. "The idea is that of a small secret garden, to be discovered beyond the gate that separates it from the road along the canal. In the courtyard, a tree introduces a natural feel, a sense of warmth and proportion," said the studio.

The team arranges the two bedrooms on the ground floor to also benefit from this quiet and intimate condition. One opens directly onto the courtyard, the other overlooks the backyard.

The courtyards are also designed to help to determine a spatial continuity between the ground floor and the upper floor, where the living quarters are arranged. At this point, the living room projects and expands to the outside through a terrace that brings air and light inside. The living area continues into a dining room and, having reached the rear of the house, into the kitchen overlooking the second courtyard. 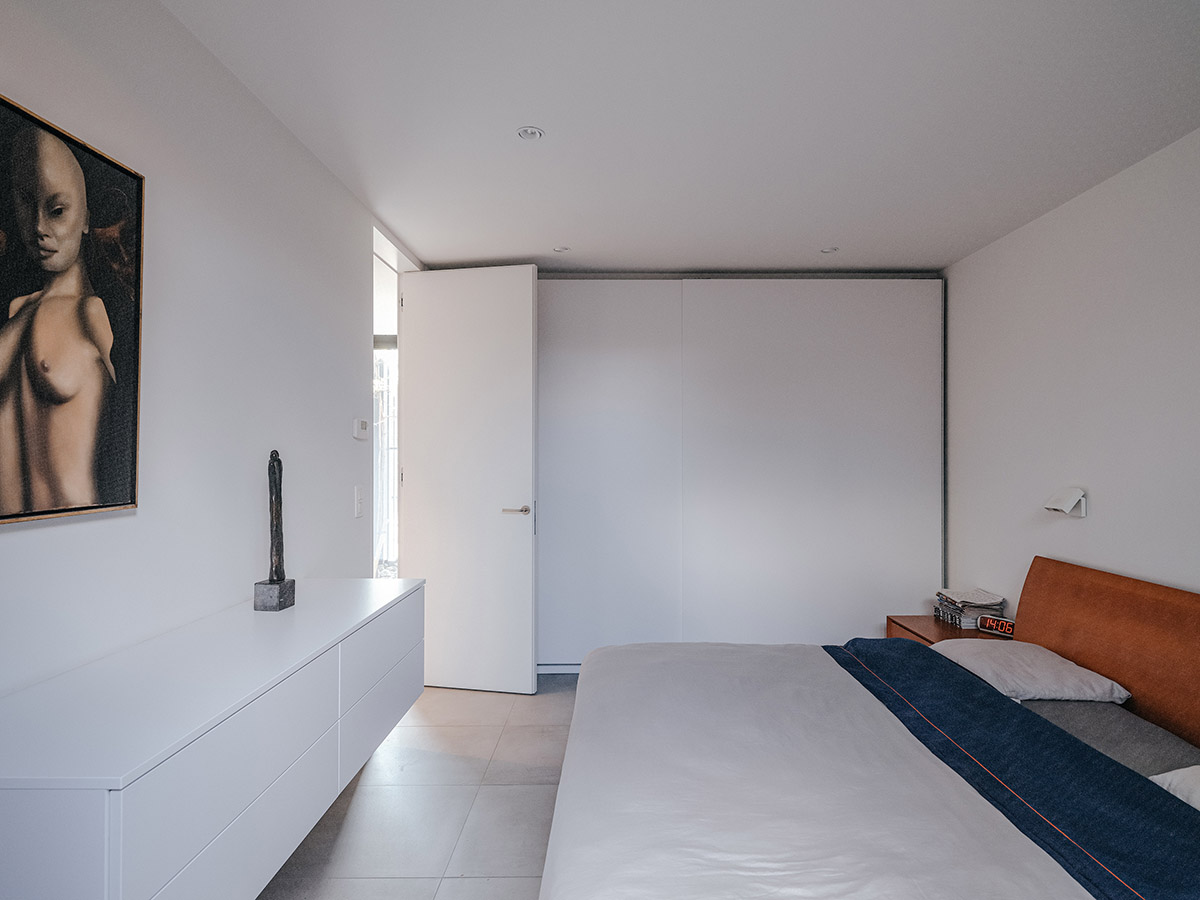 The relationship established between the interiors, the courtyards, and the outdoor spaces helps to define an ideal connection between the two floors and to give the entire intervention a spatial continuity that reveals at every turn a new relationship with the outside. 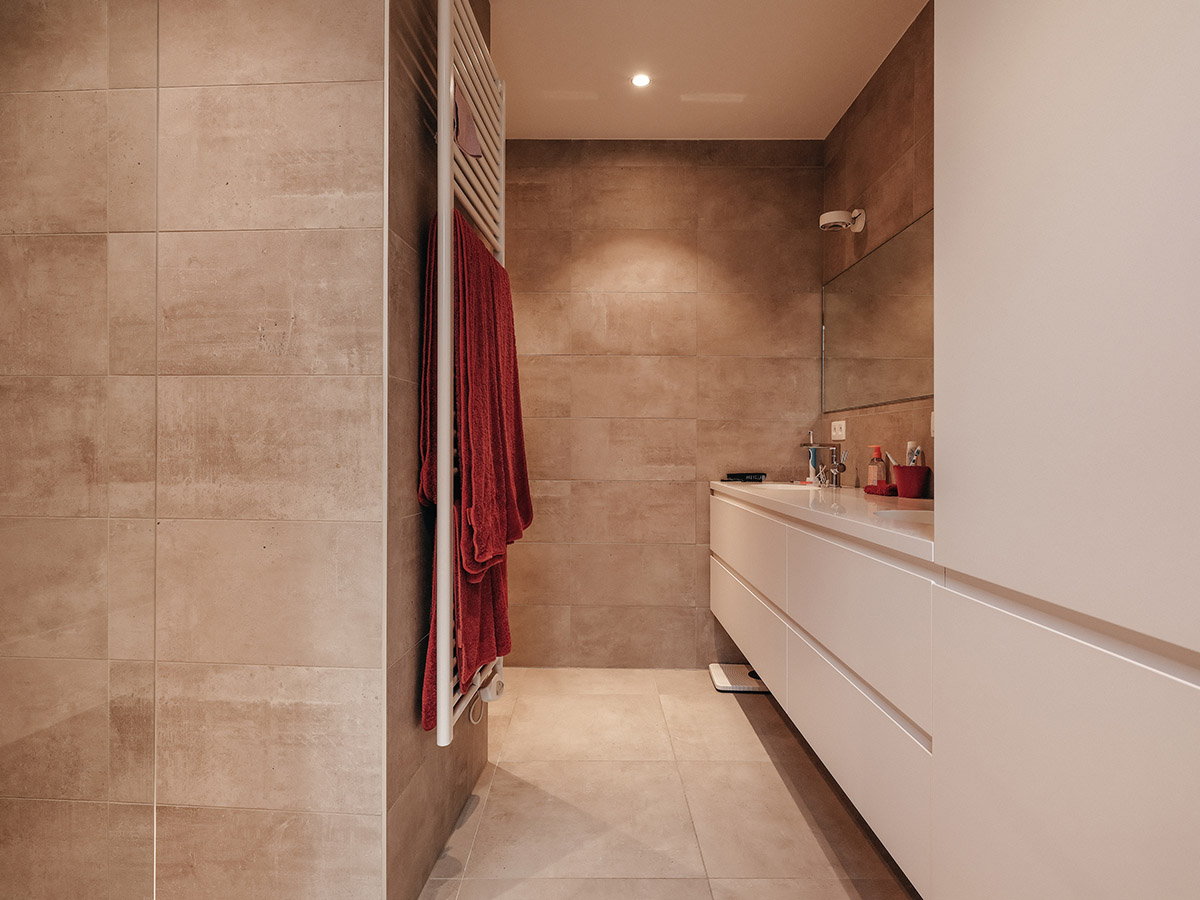 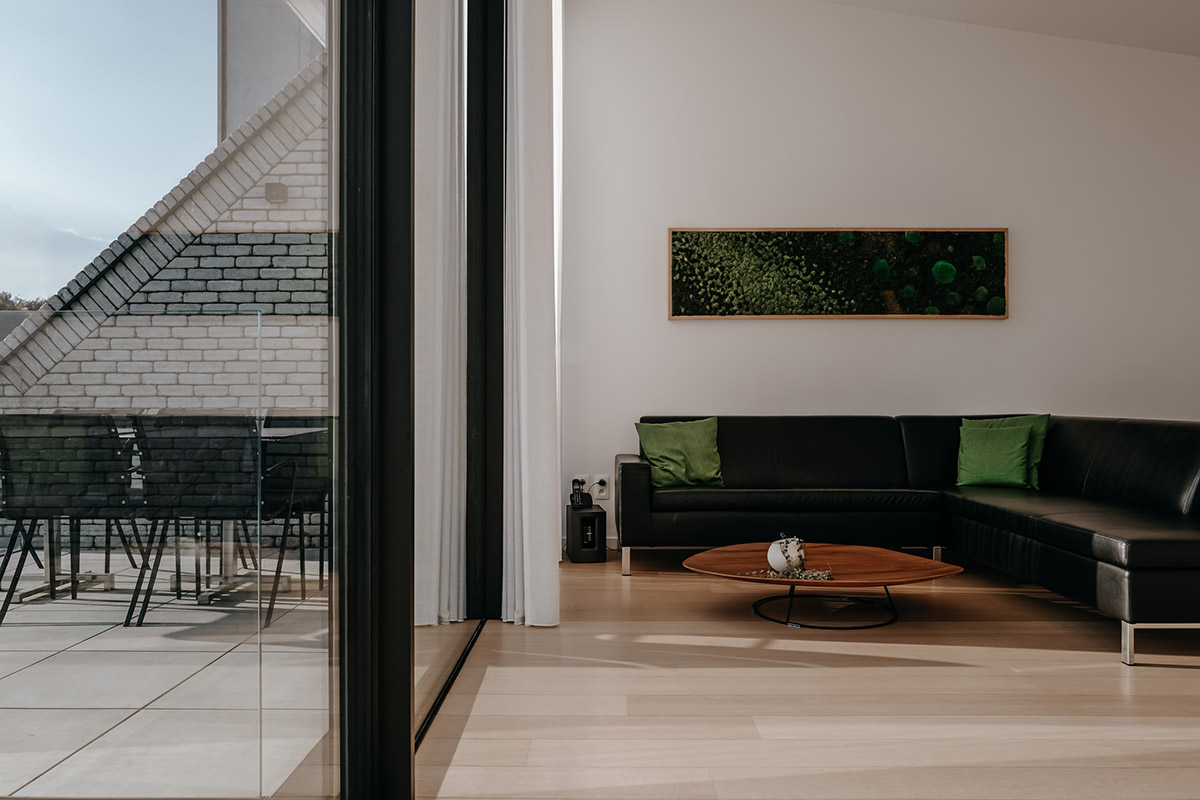 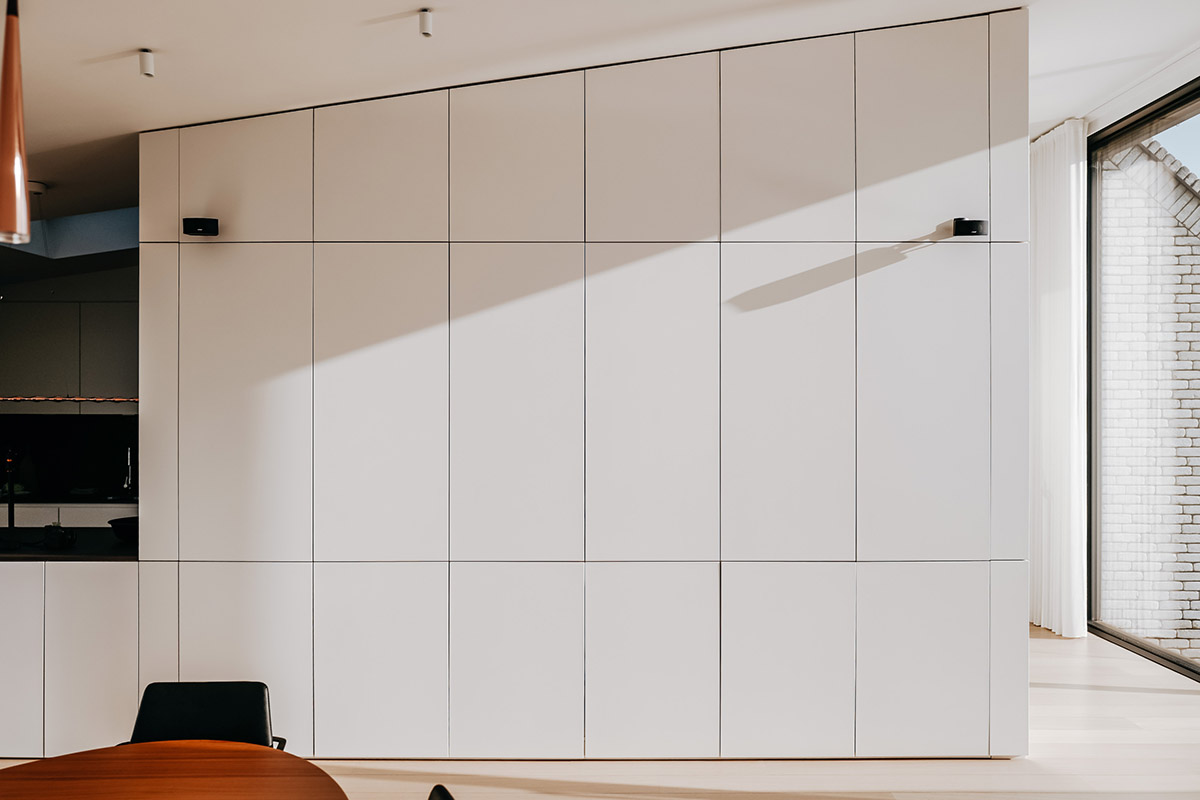 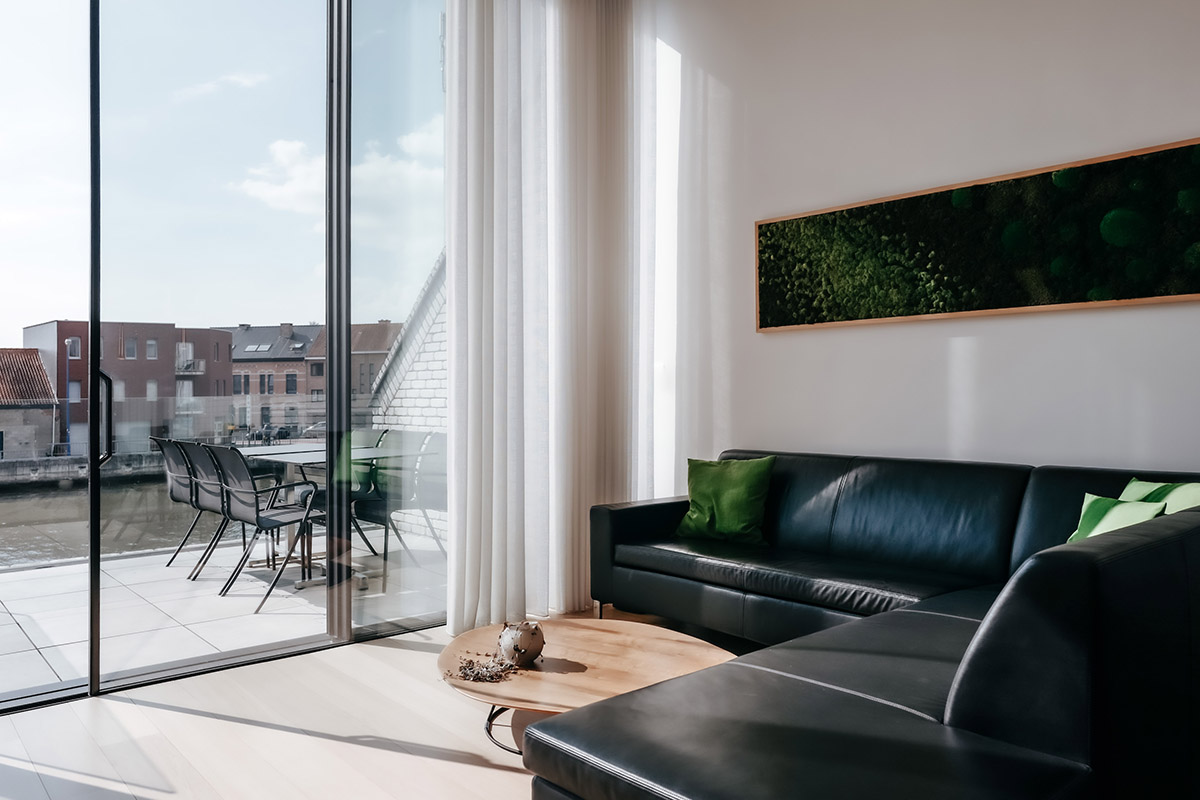 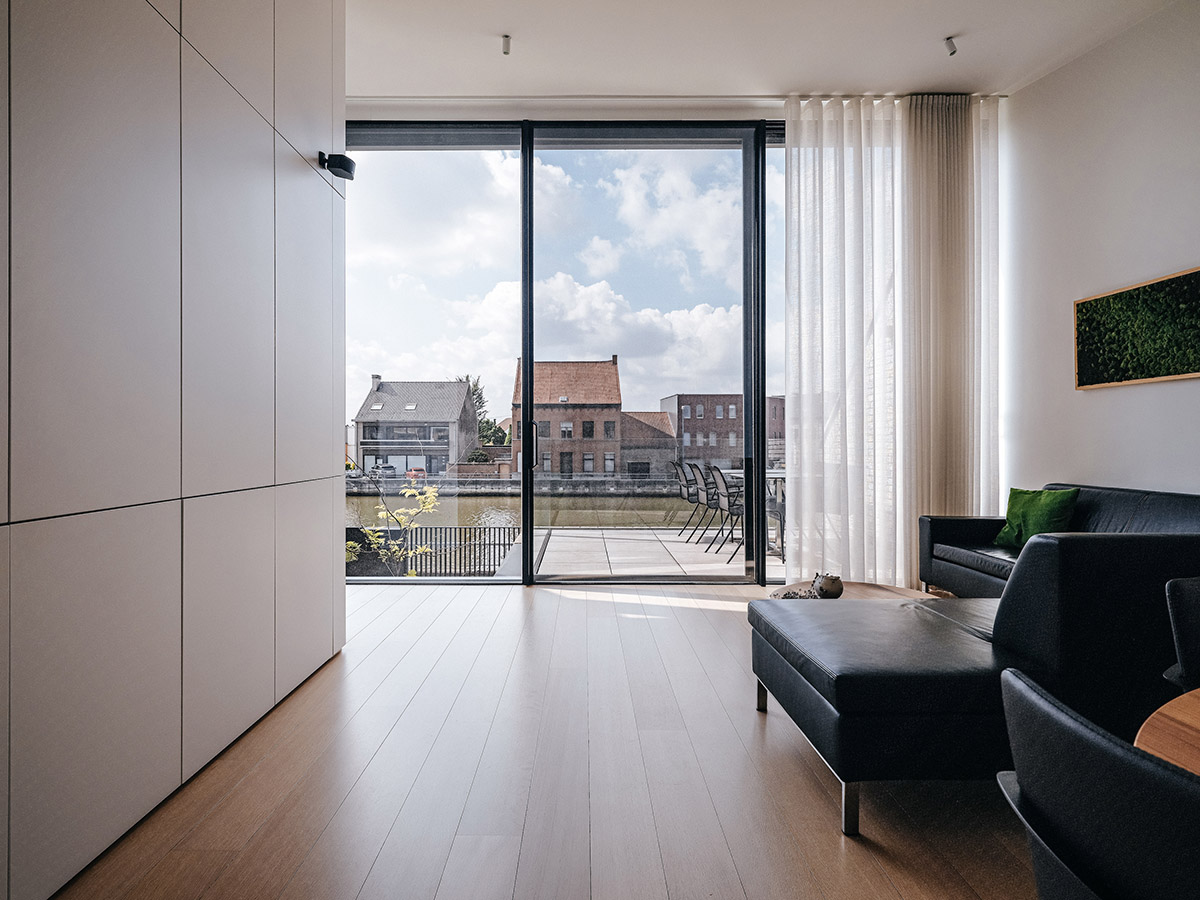 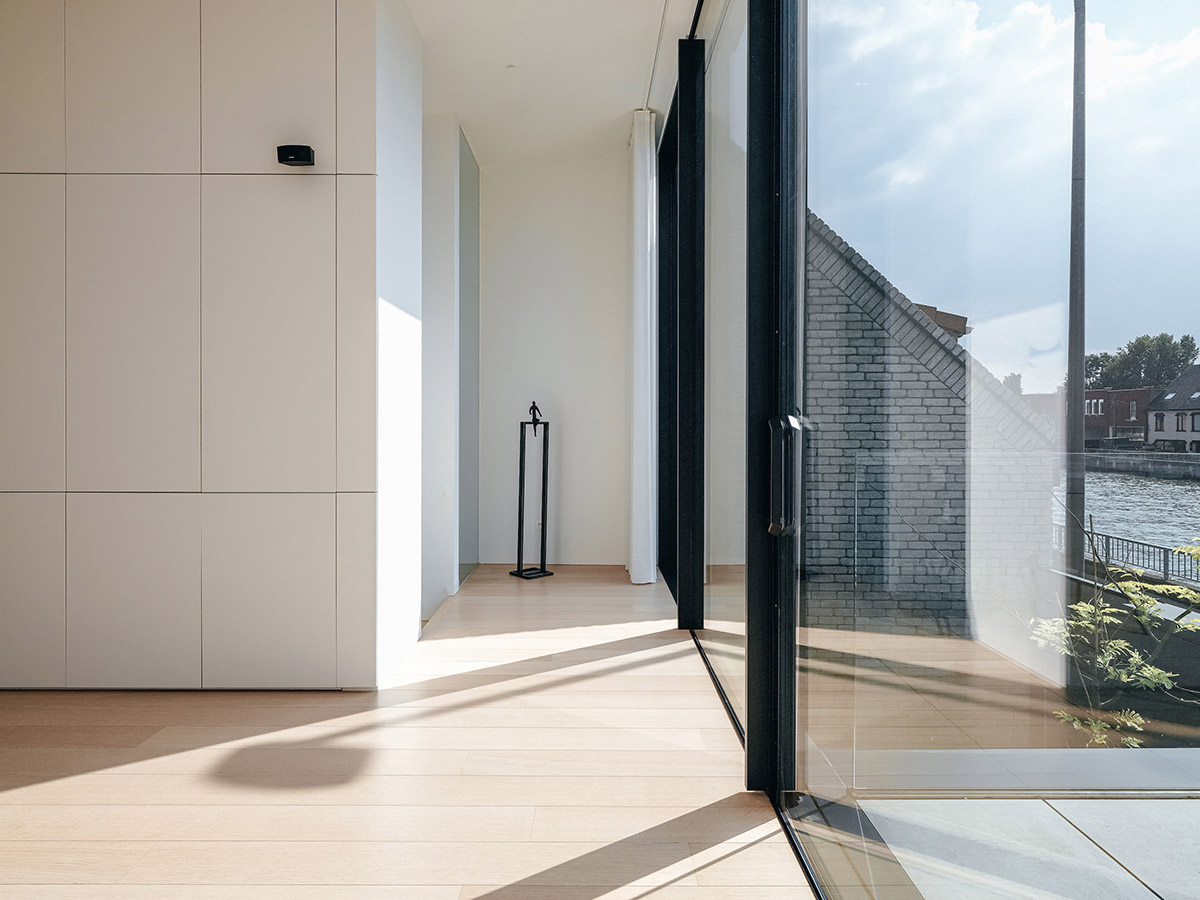 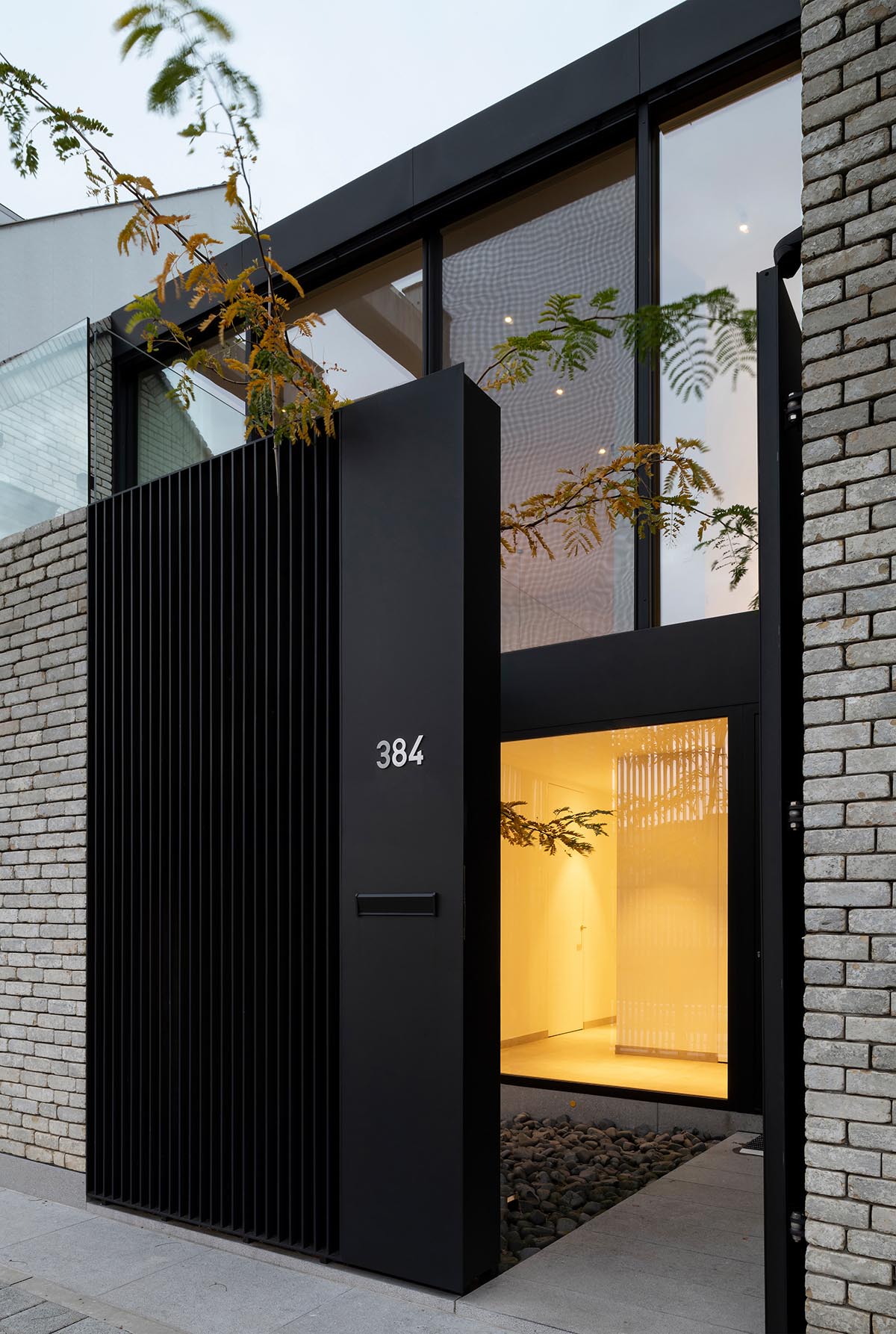 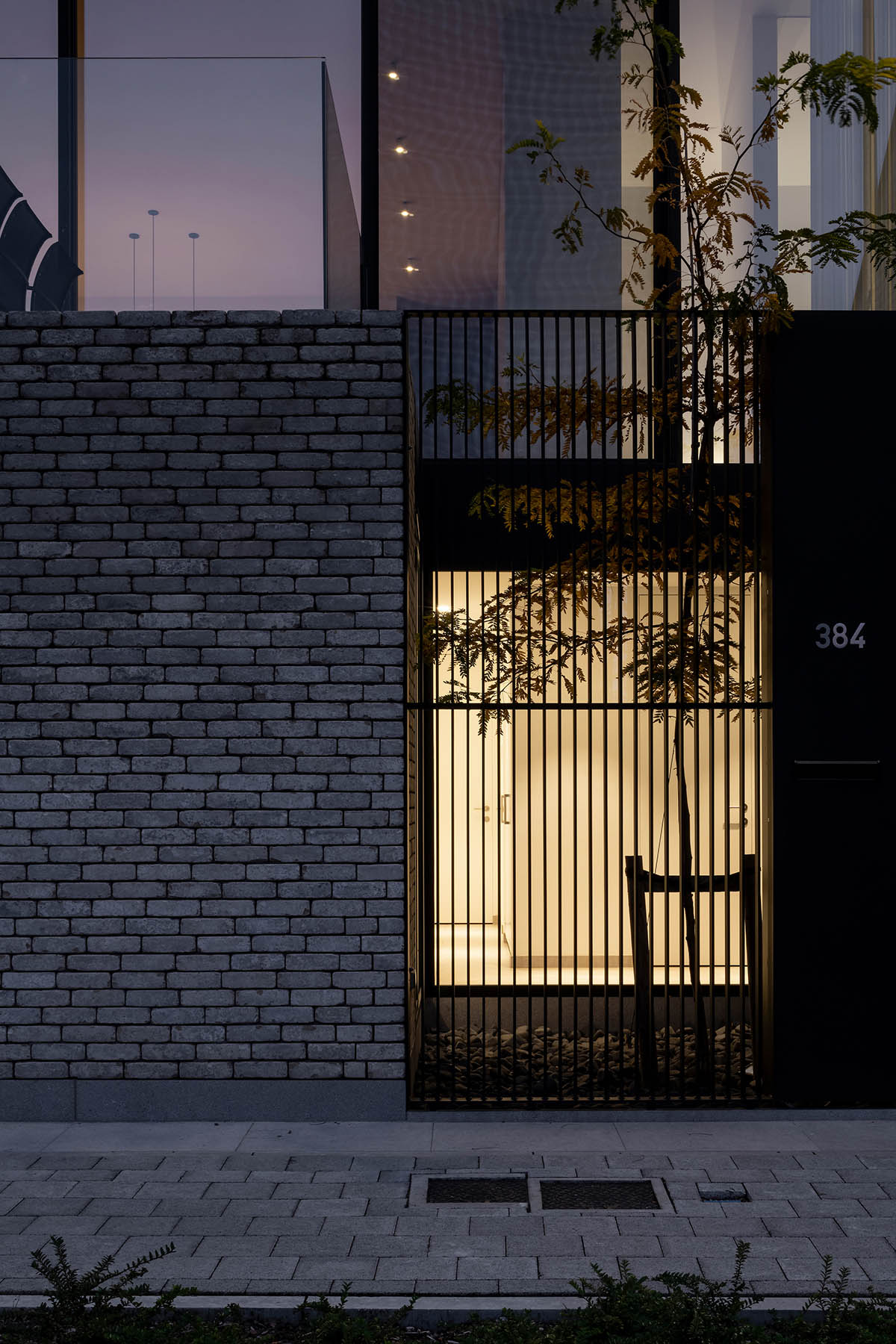 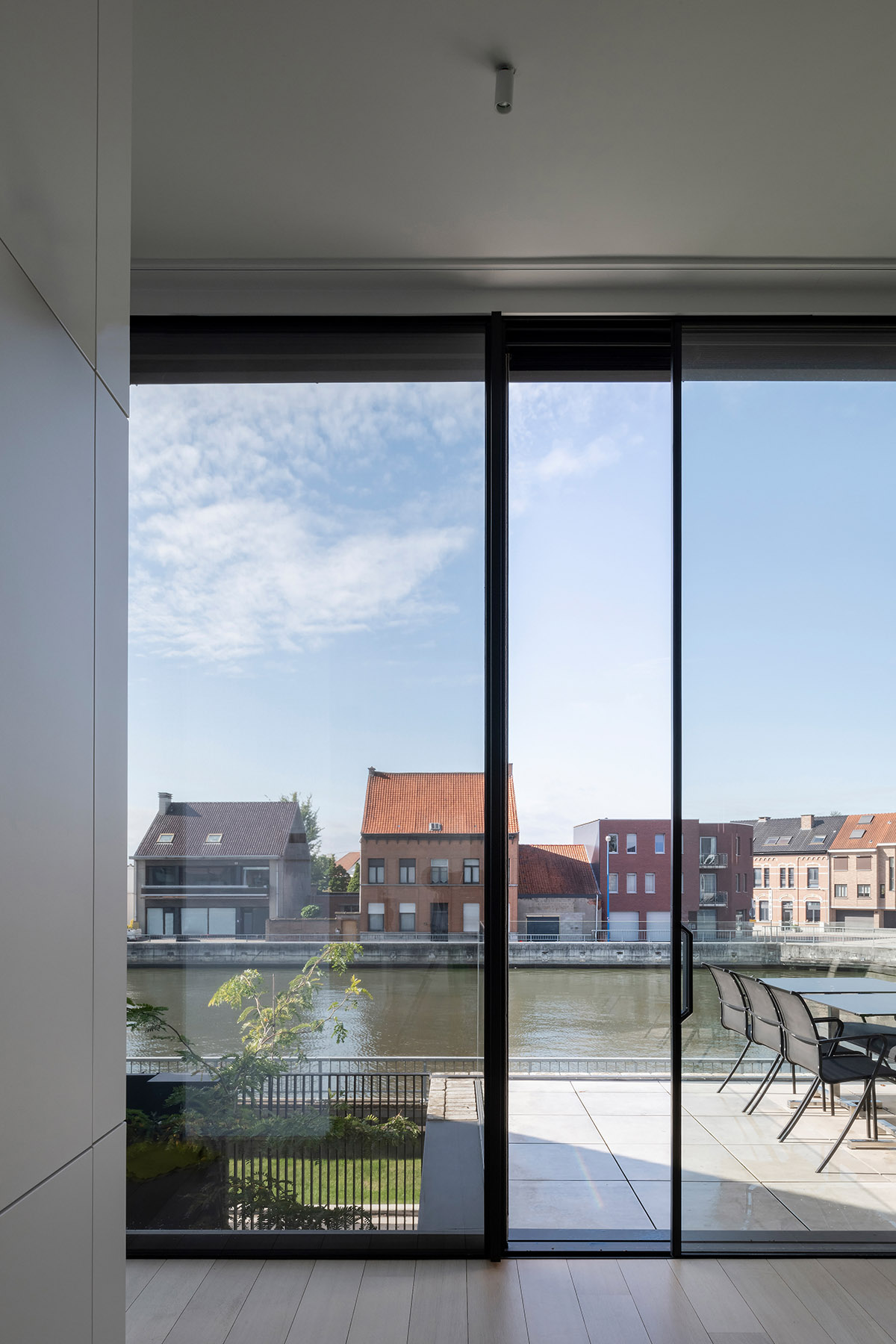 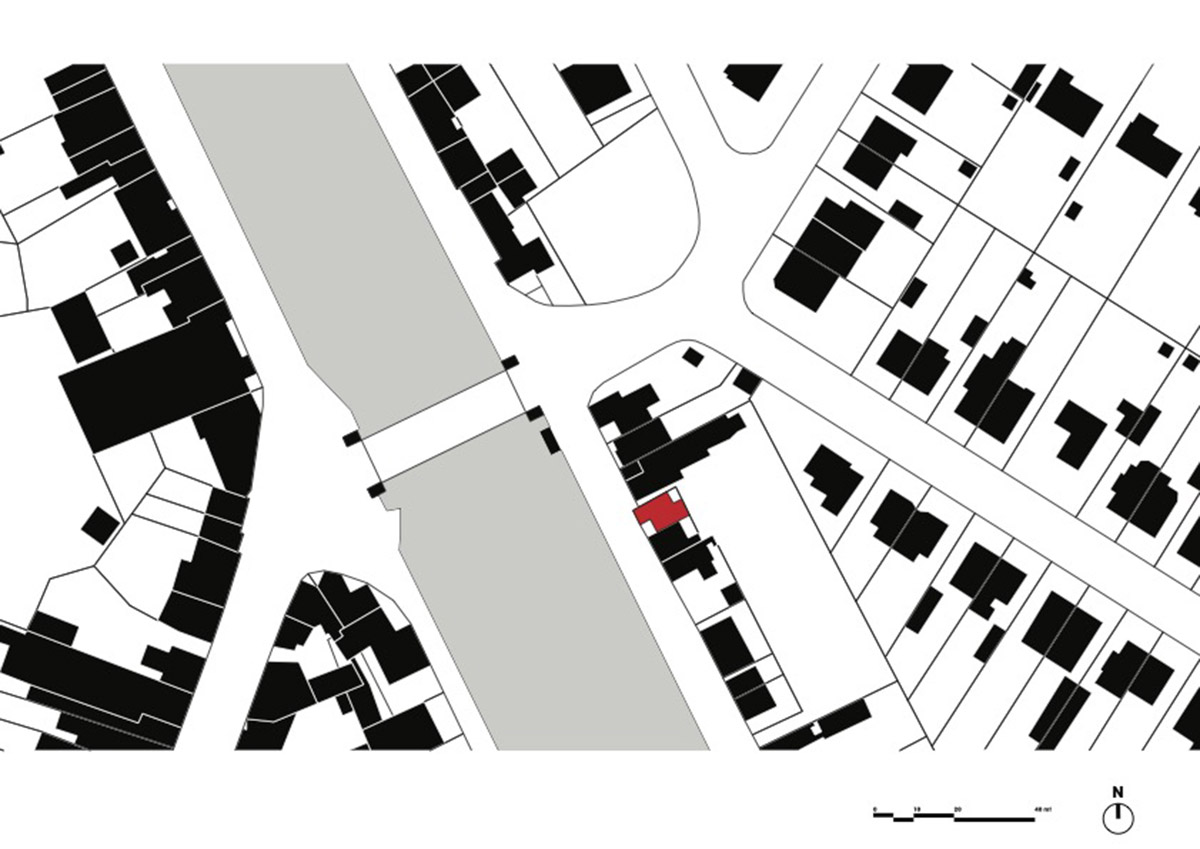 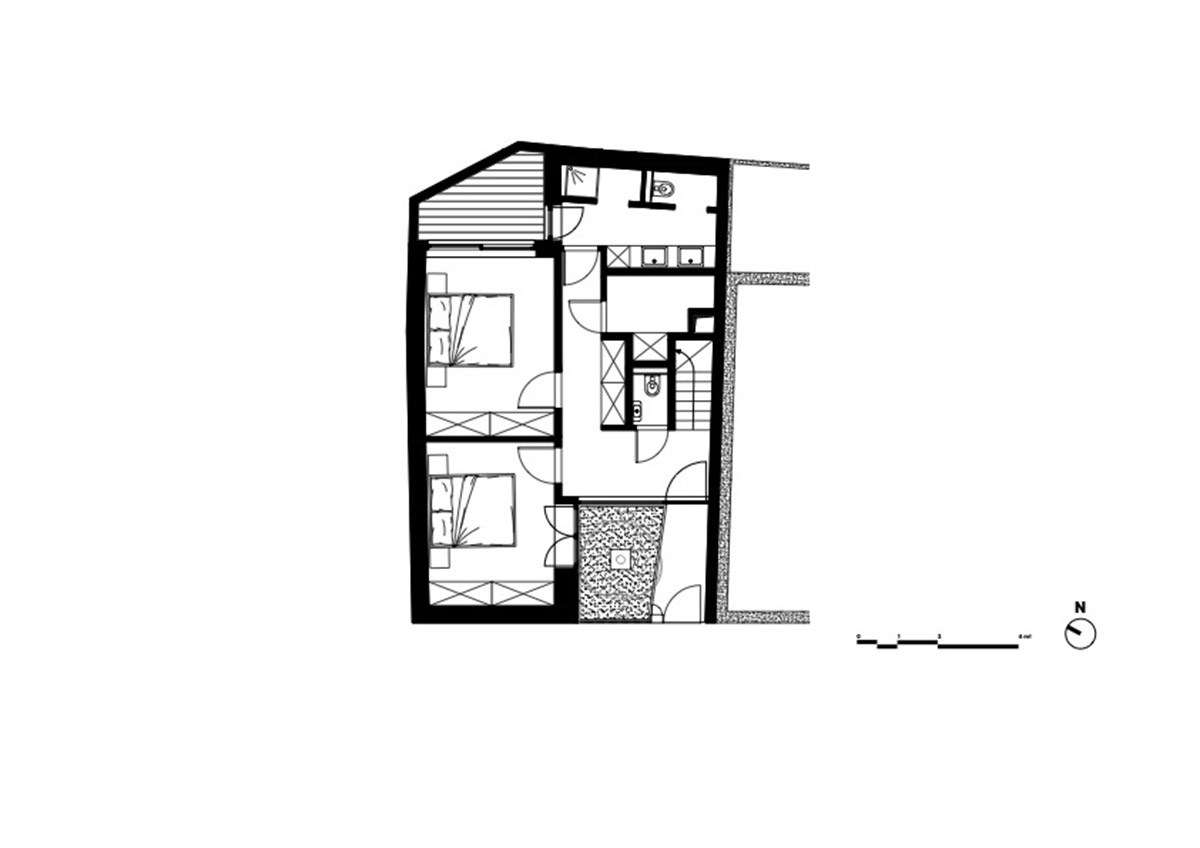 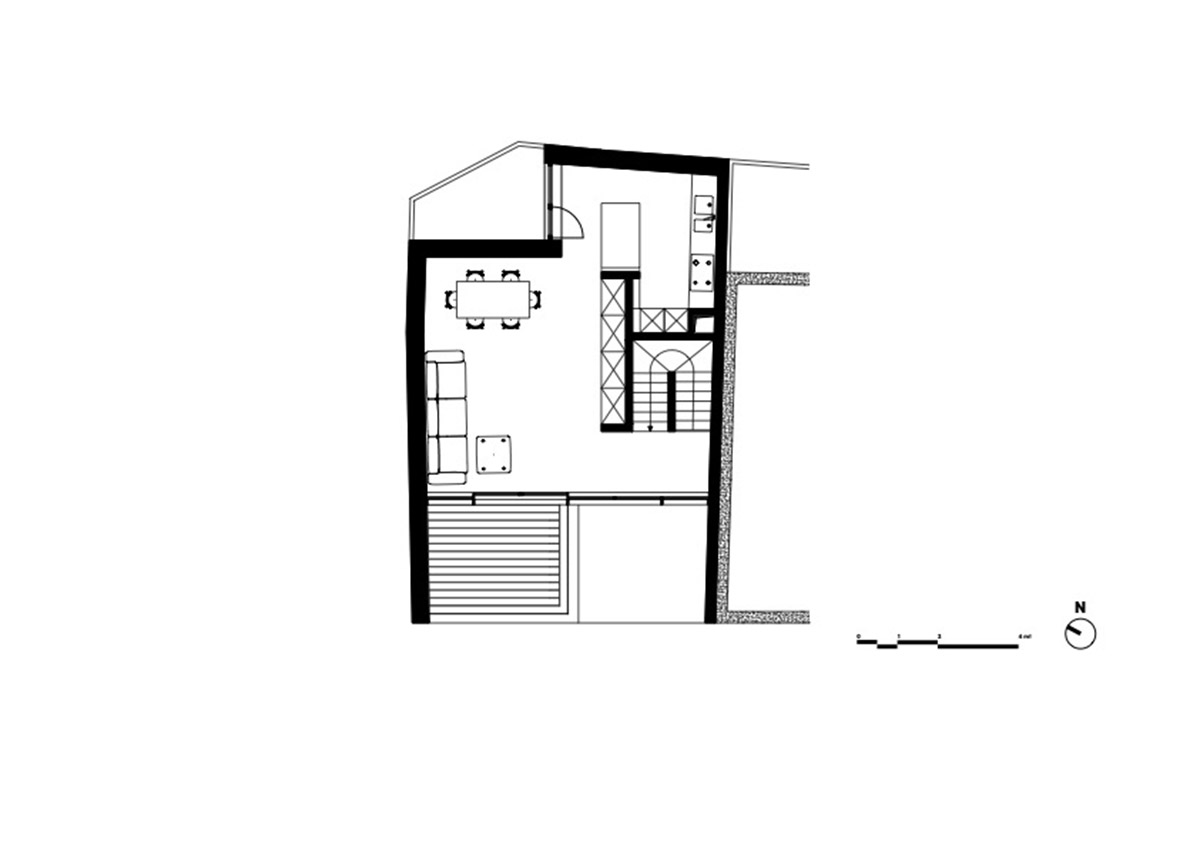 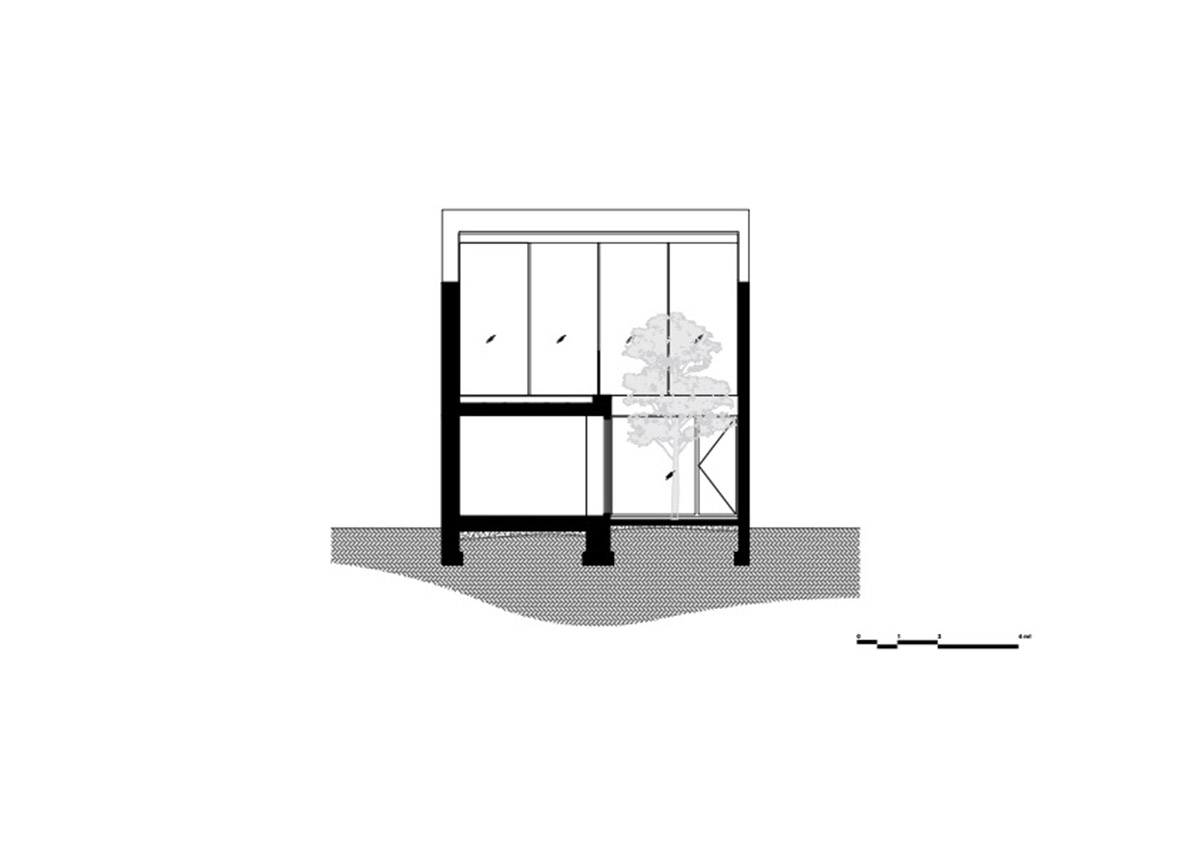 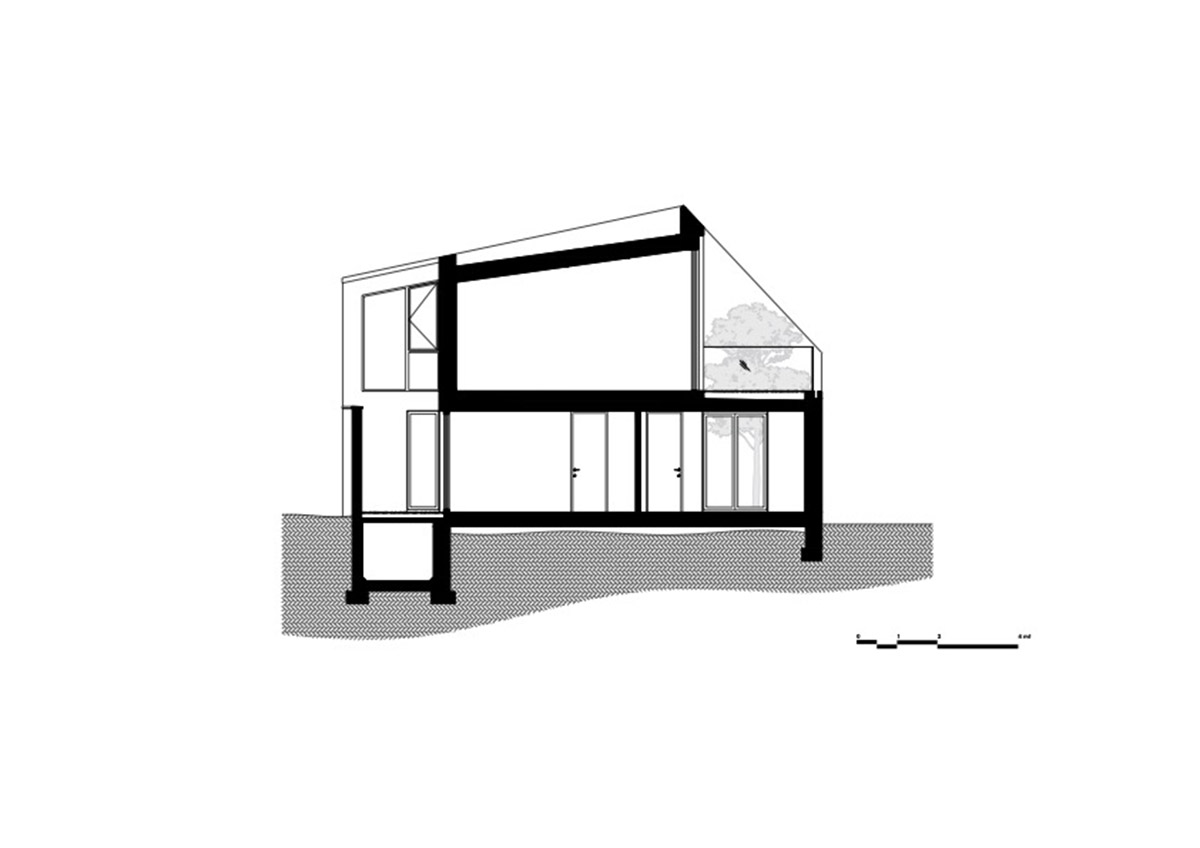 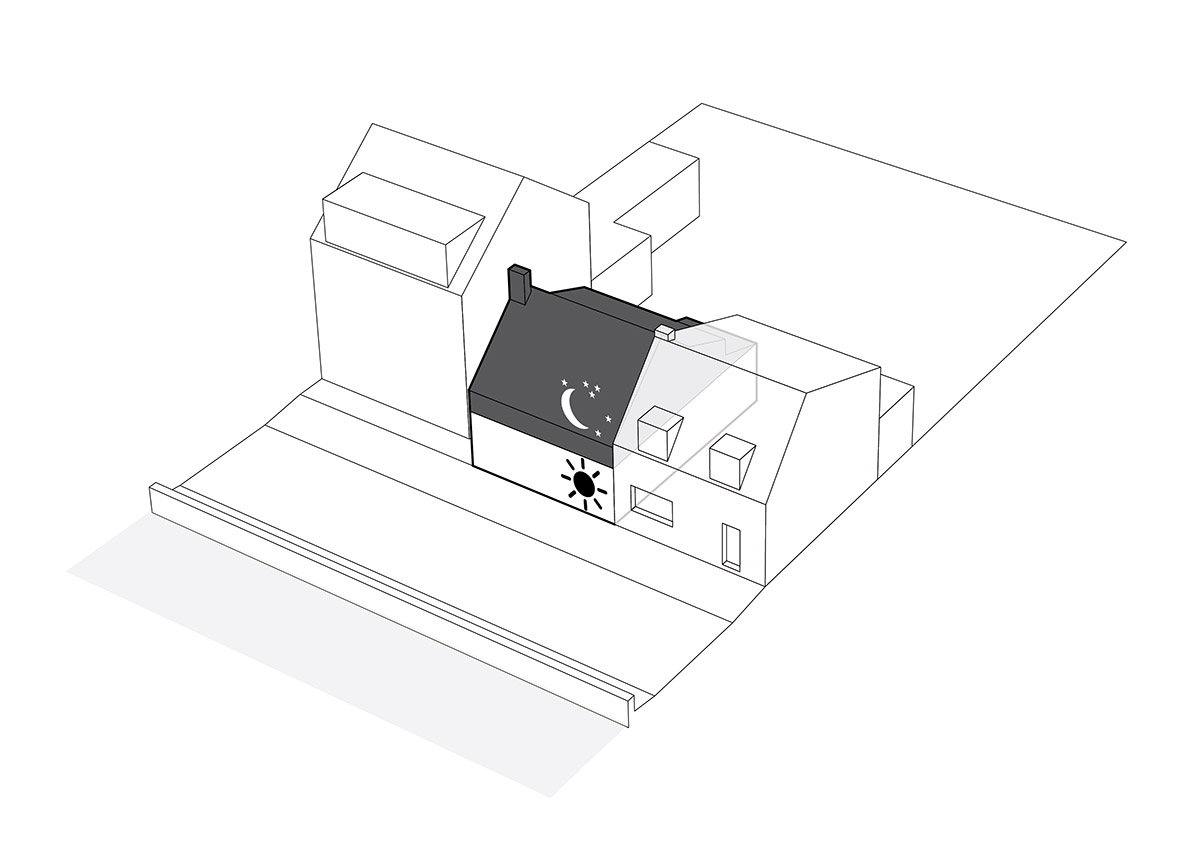 Studio Farris Architects is an architectural firm based in Antwerp, Belgium, founded by Italian architect Giuseppe Farris in 2008.

The studio’s mission is to uncover the inherent potential in each project by questioning the obvious, exploring the surrounding environment and cultural heritage.

Studio Farris Architects recently completed the new Buysse & Partners Headquarters as a renovation of an entire floor of the BP Building in Antwerp, Belgium, a modernist icon designed by Leon Stynen in 1963.

The studio is also finalizing a project for the regeneration of an entire block in the center of Zottegen and a large residential and public program in Anderlecht.