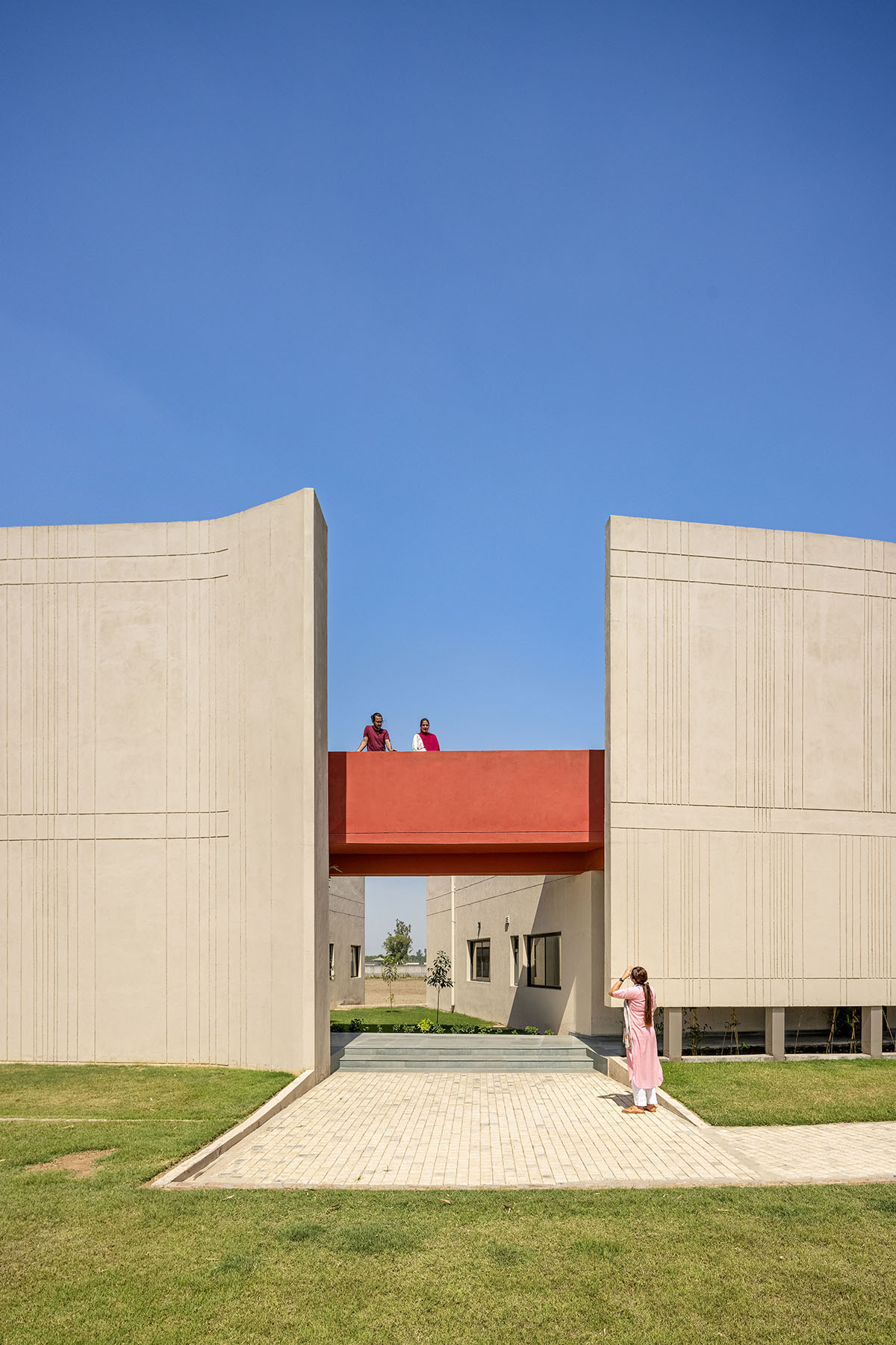 Named St Martha Bethany Vidyalaya- Phase 1, the 1,858-square-metre school complex responds the climatic conditions of the context in which it is situated. 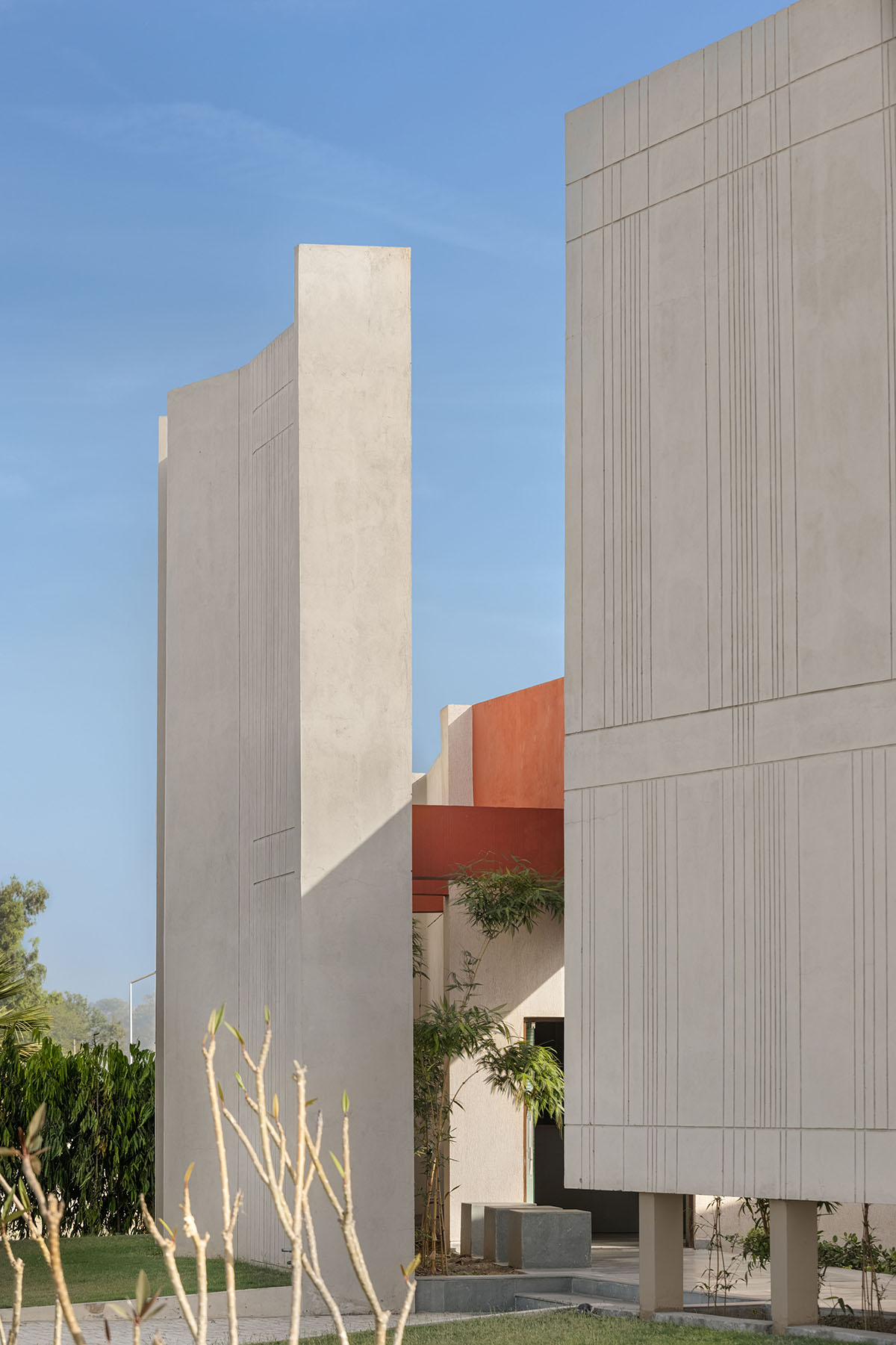 The architectural language of the school is informed by the region's climate components, such as the weather and the topography of Punjab which is known for extreme weather conditions in winter and summer. 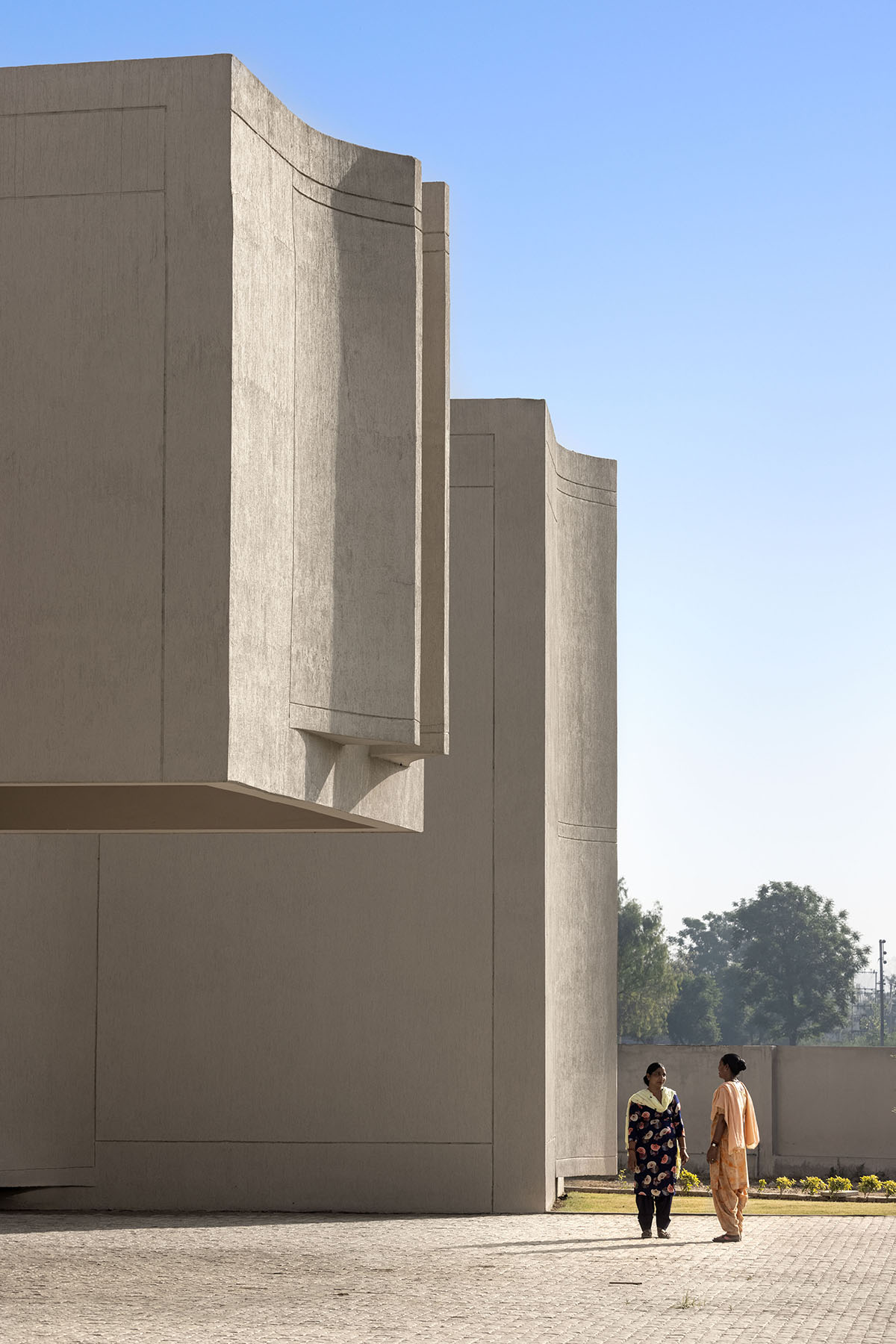 "The topography of the countryside is quite interesting. The settlements here are akin to a galaxy of dense clusters, created in order to stay clear of the cultivable land which is fertile and highly irrigated. This is one of the highest grain-yielding regions in the country."

"Miles and miles of uninterrupted flat land, with the absence of obstruction by any mountains produces high speed hostile winds that also bring in considerable dust," the office added. 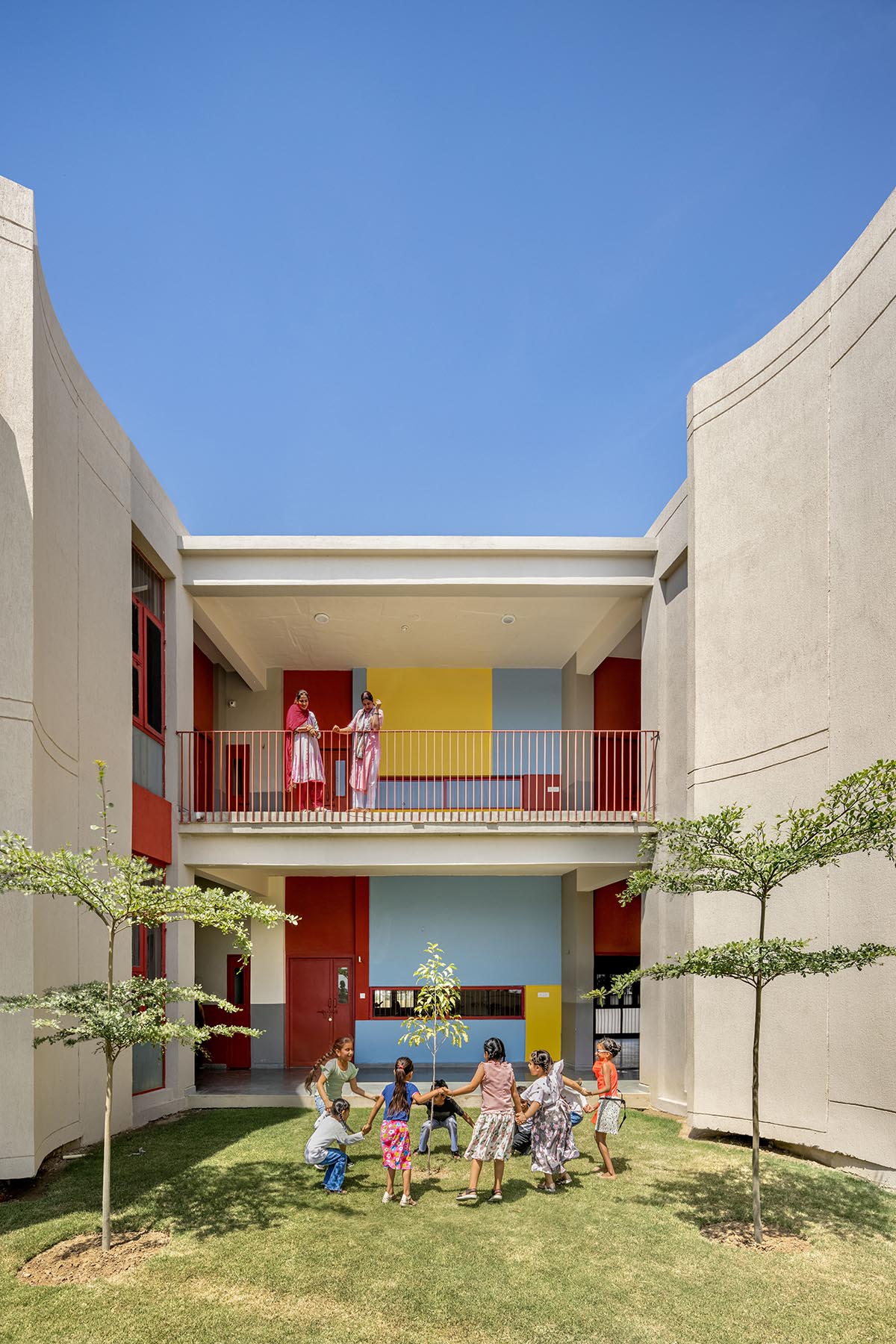 The school is situated on the outskirts of one of these clusters in between the fields which gave the studio scenic views and cool winds in the summer months due to the standing rice crop.

The architects explained that there could be seen frequent dust storms at the end of each harvest cycle. According to the team, there was also the problem of stubble burning which brought in considerable ash with the winds. 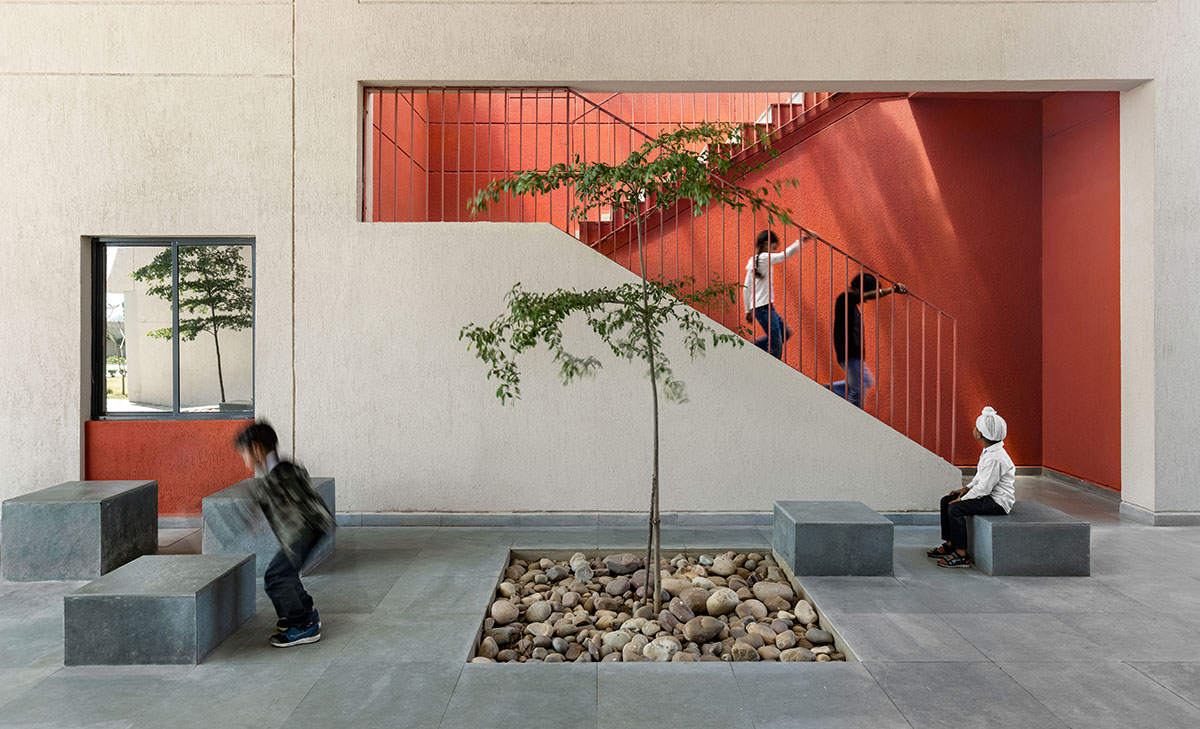 This has led the office to design the arc-shaped form of the school building. Thus, the form of the castle-like blank walls was intended to deflect strong winds and direct them into open pockets of built mass with a softer avatar. 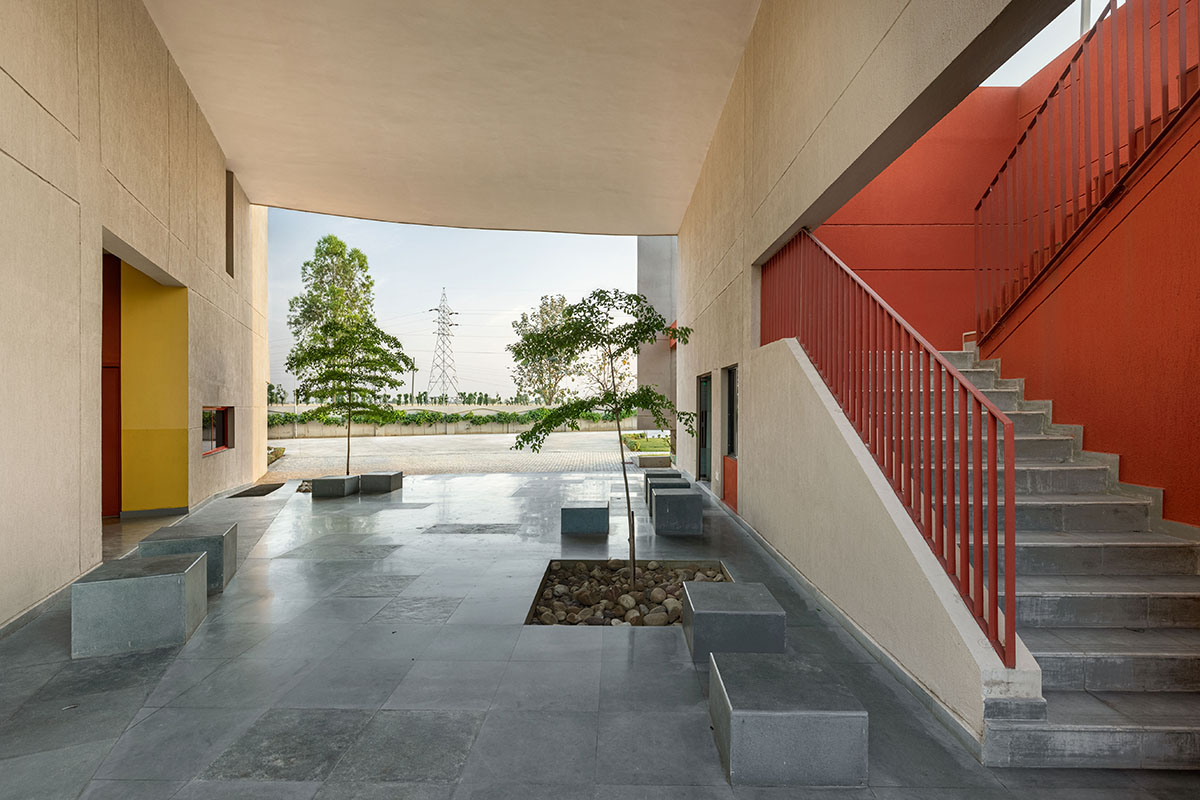 Volumetric breaks among the walls are articulated by brightly coloured bridge elements. "Most openings are oriented towards small courts that are created by the finger like massing of the built form," said the office.

"Very few openings are in the direction of the incident winds." 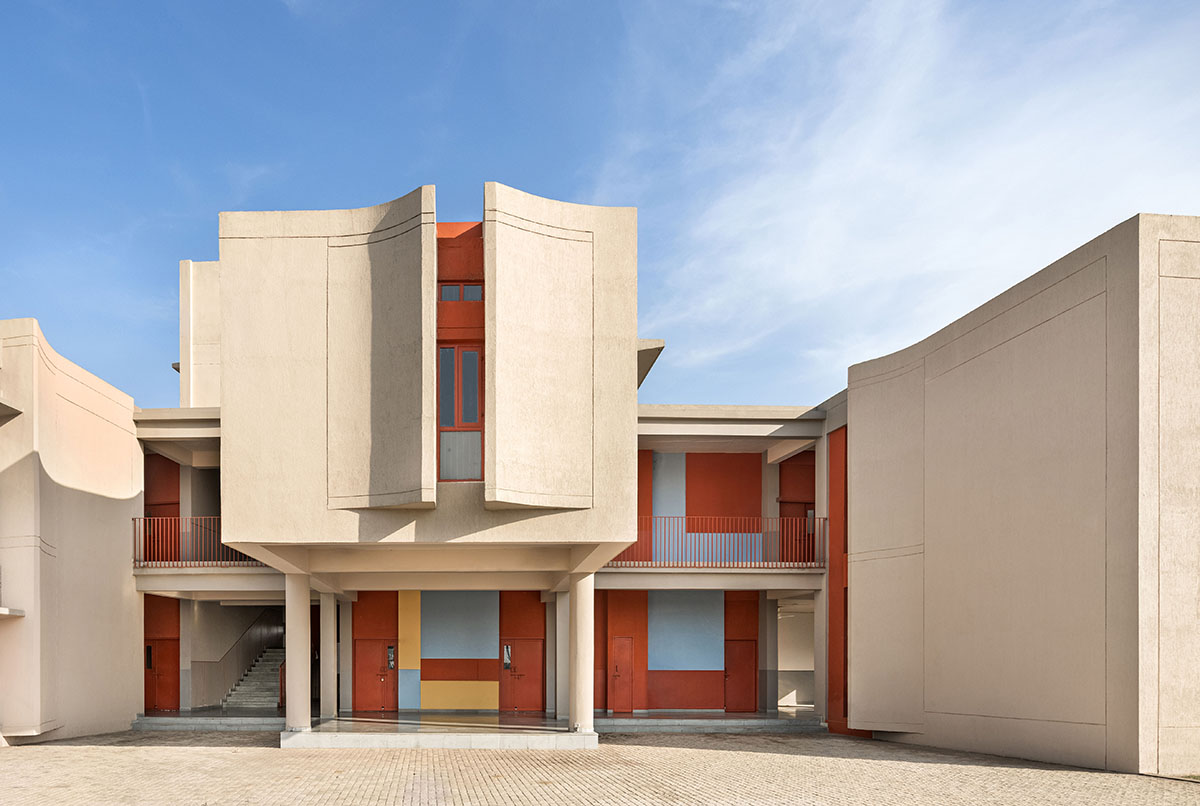 "The courts are mutually shaded through the day. The size and scale of the courts has been kept intimate as they are also play spaces for the younger children – these may perhaps double up as winter classrooms as well!". 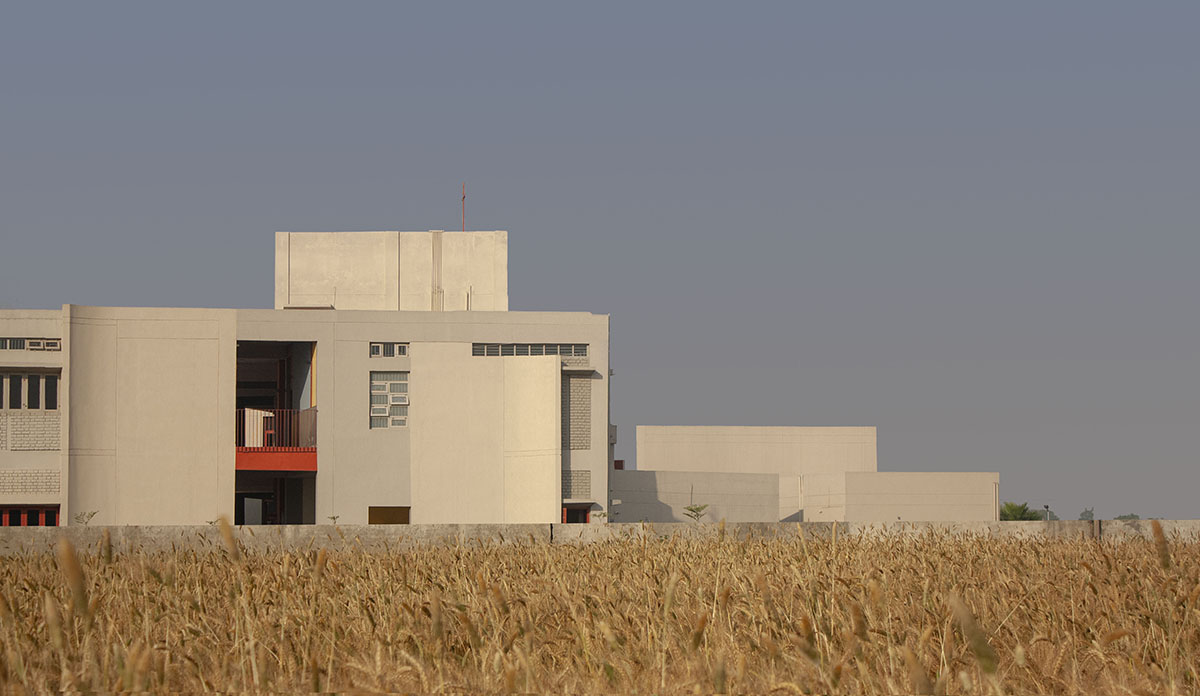 On the first floor, there are multifunctional room, staff room, 1st A and B classes, UKG B, toilets, and future expansion module. 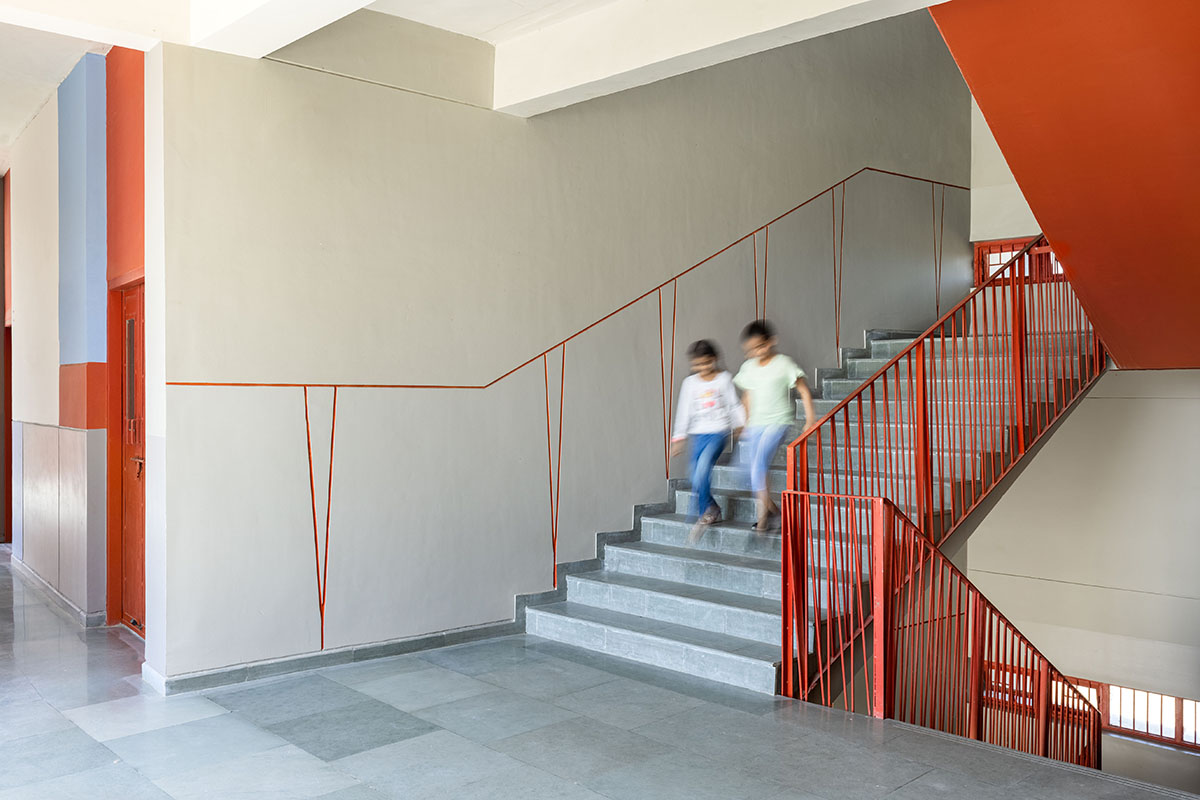 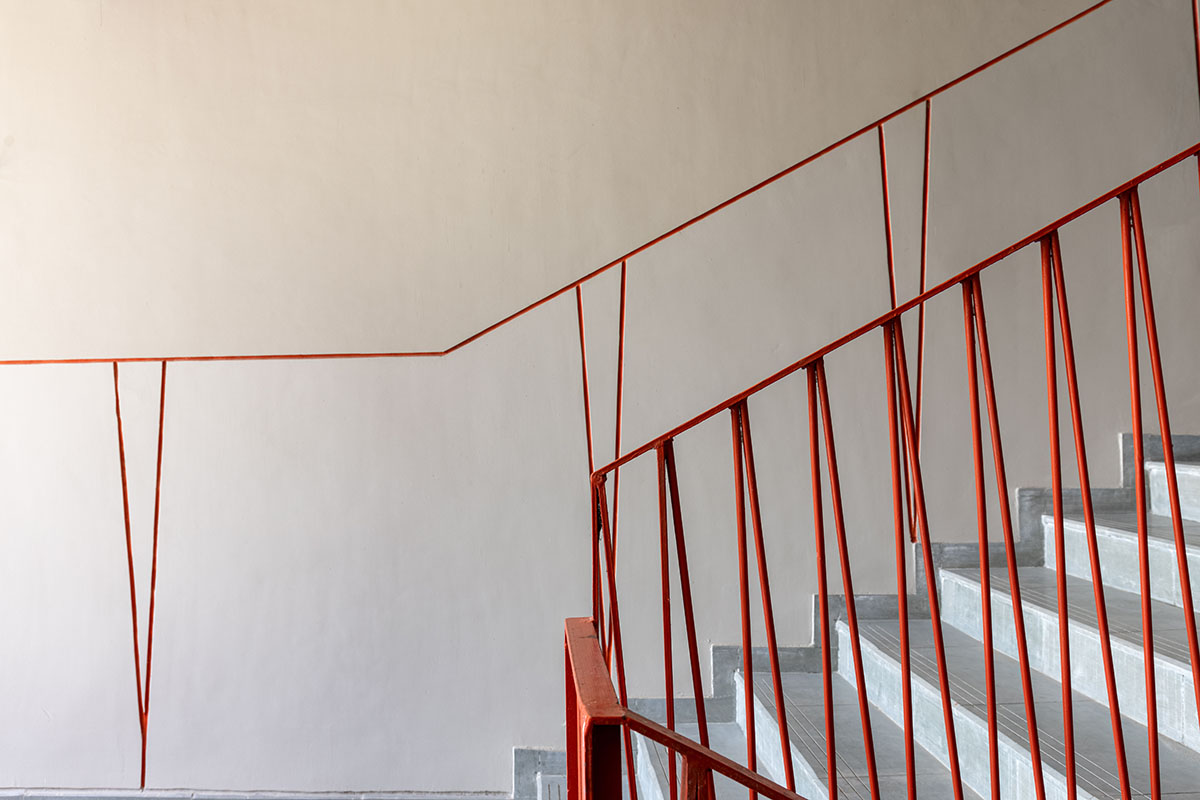 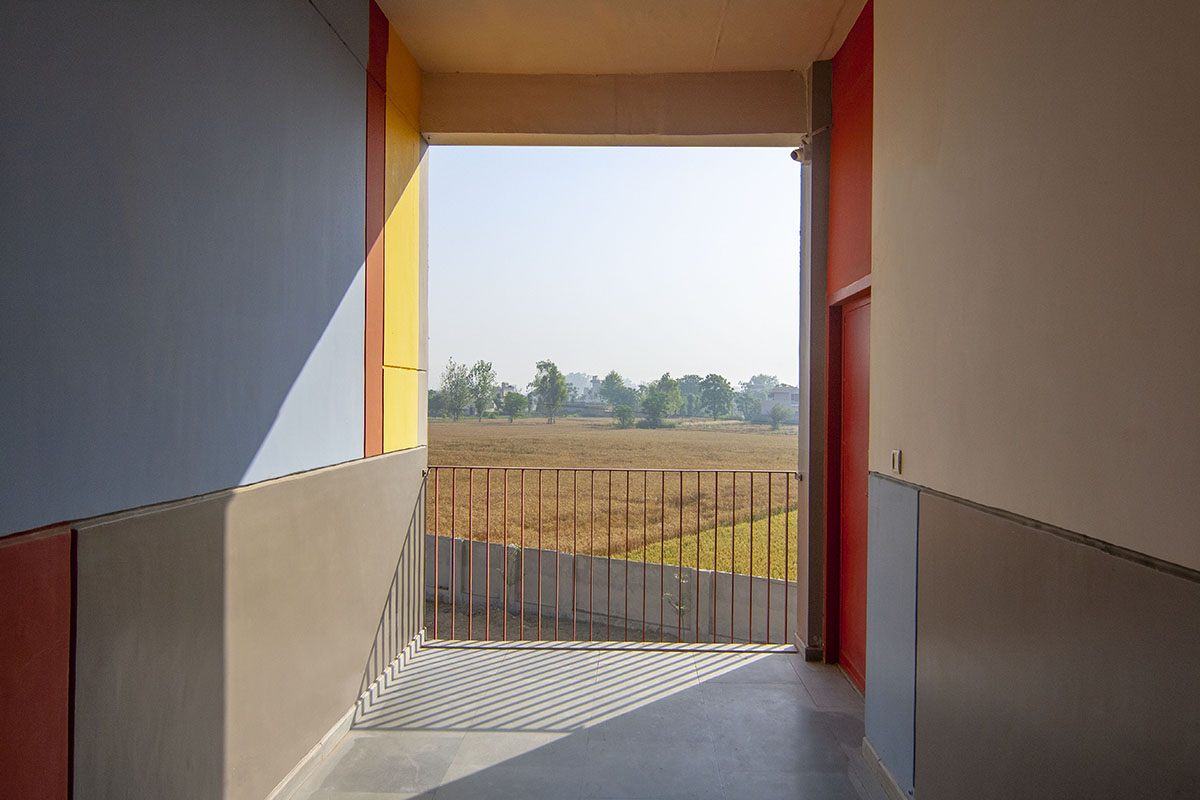 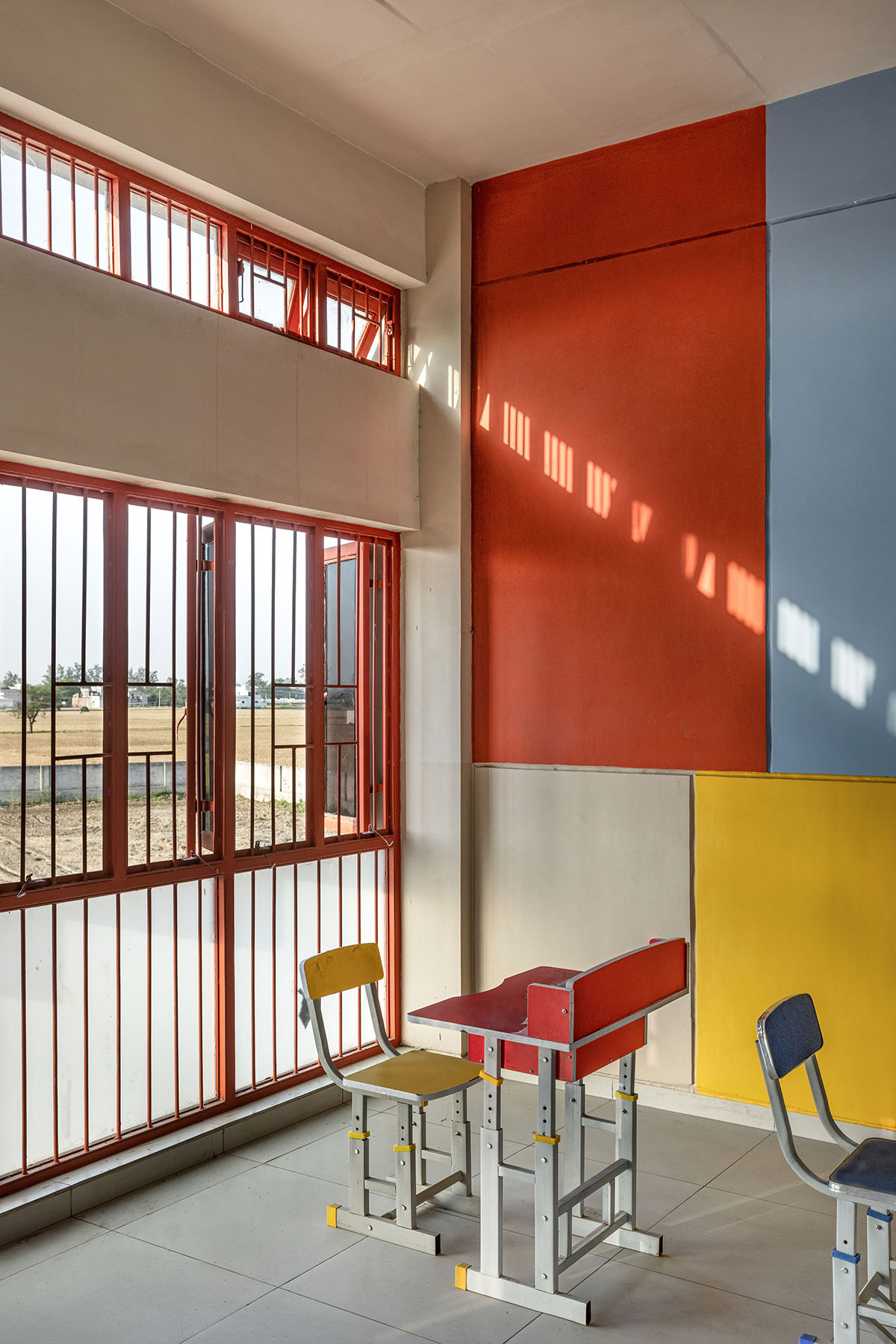 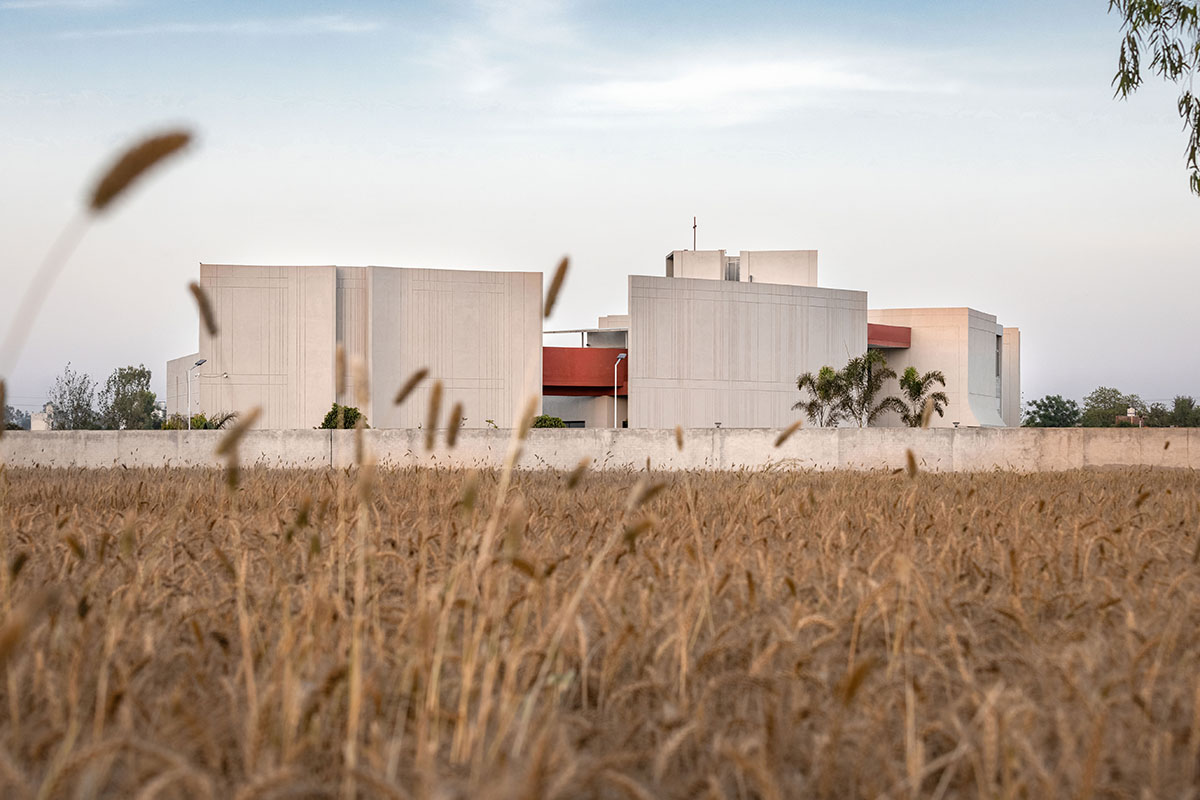 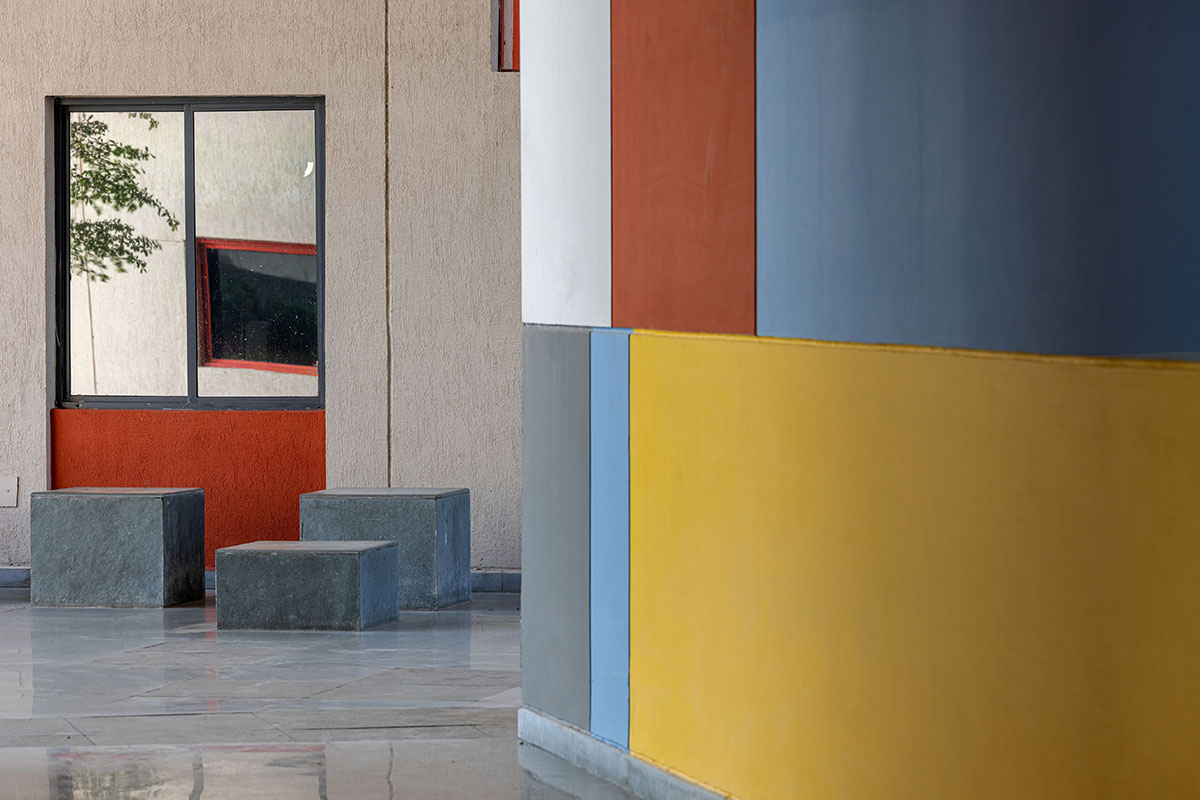 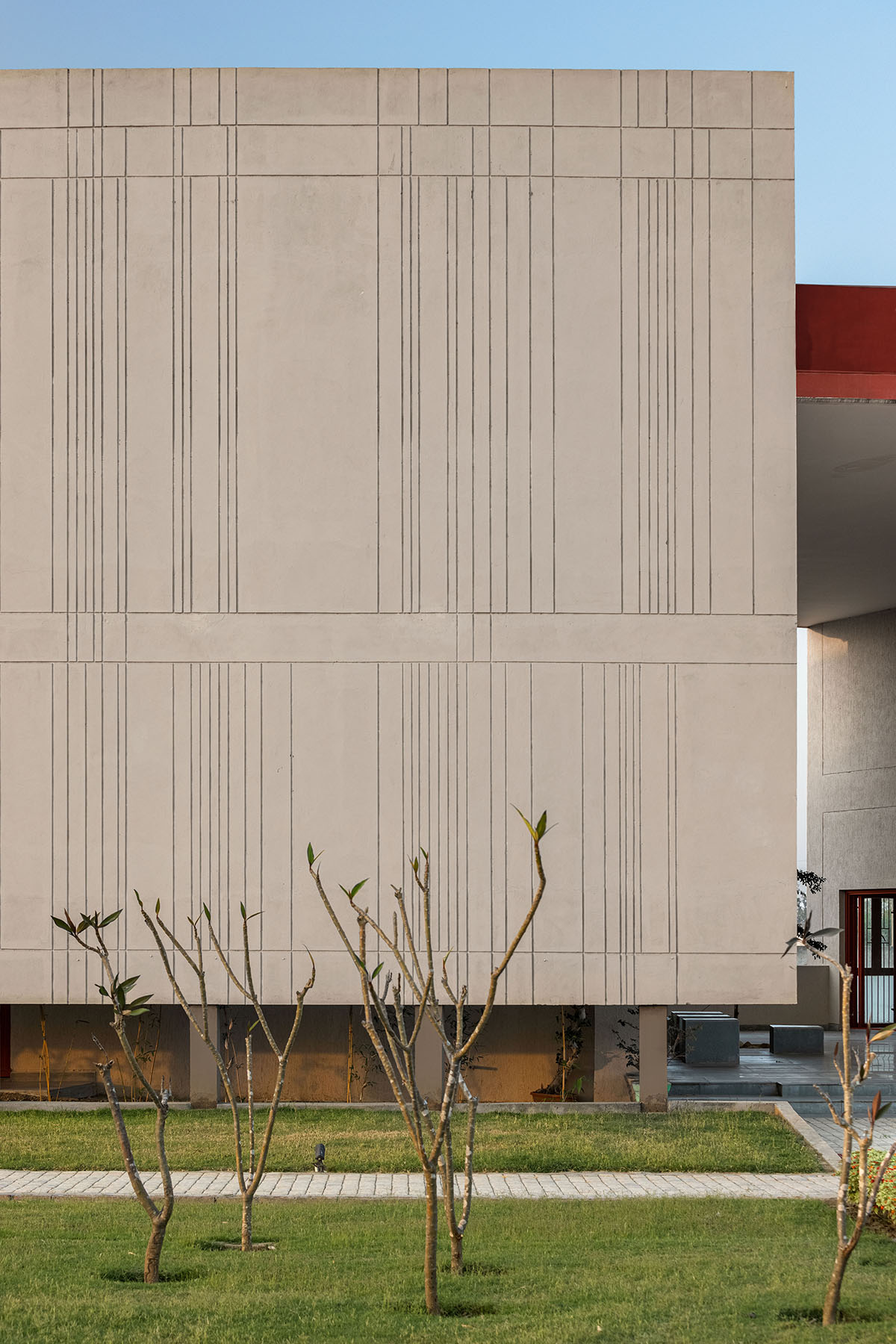 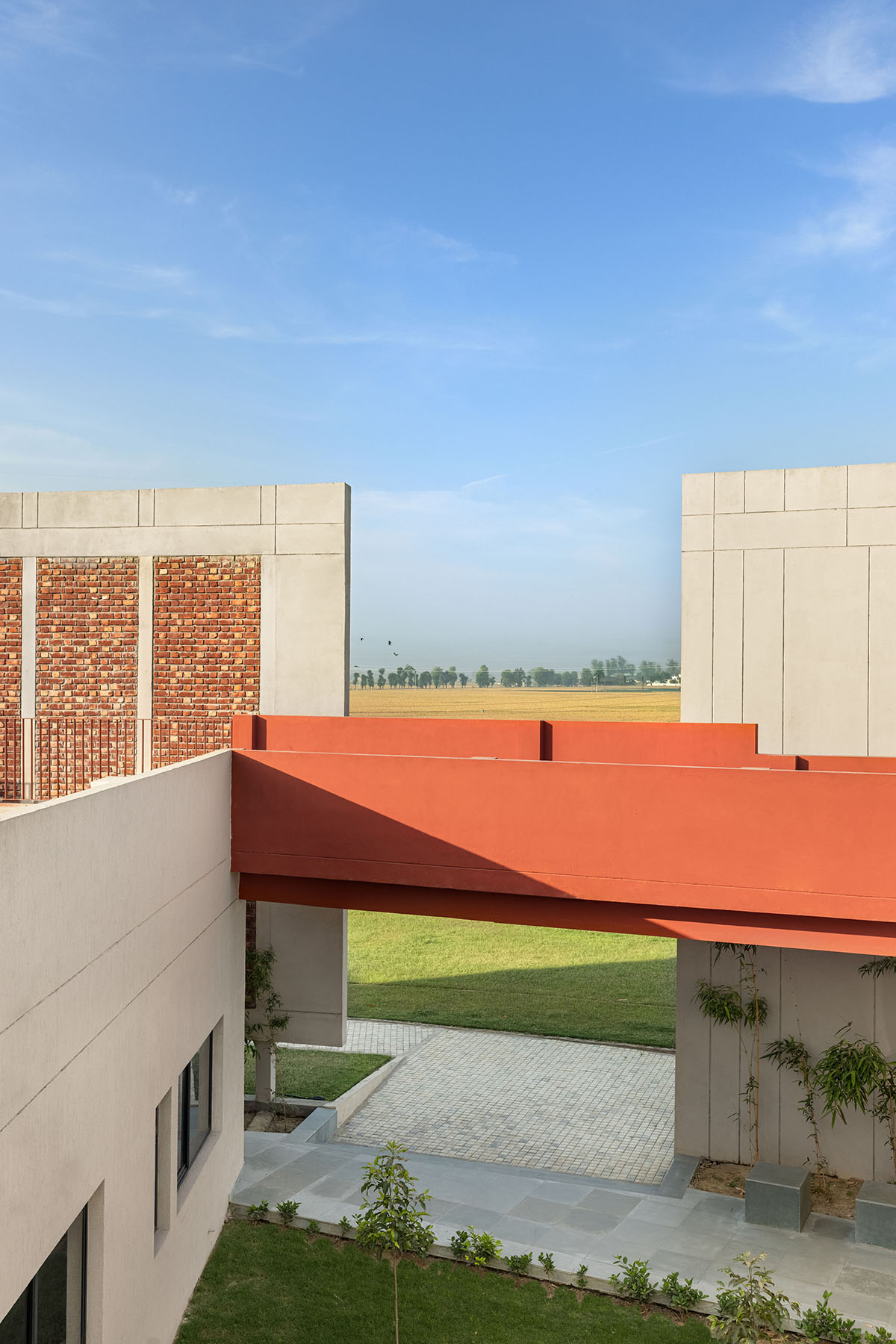 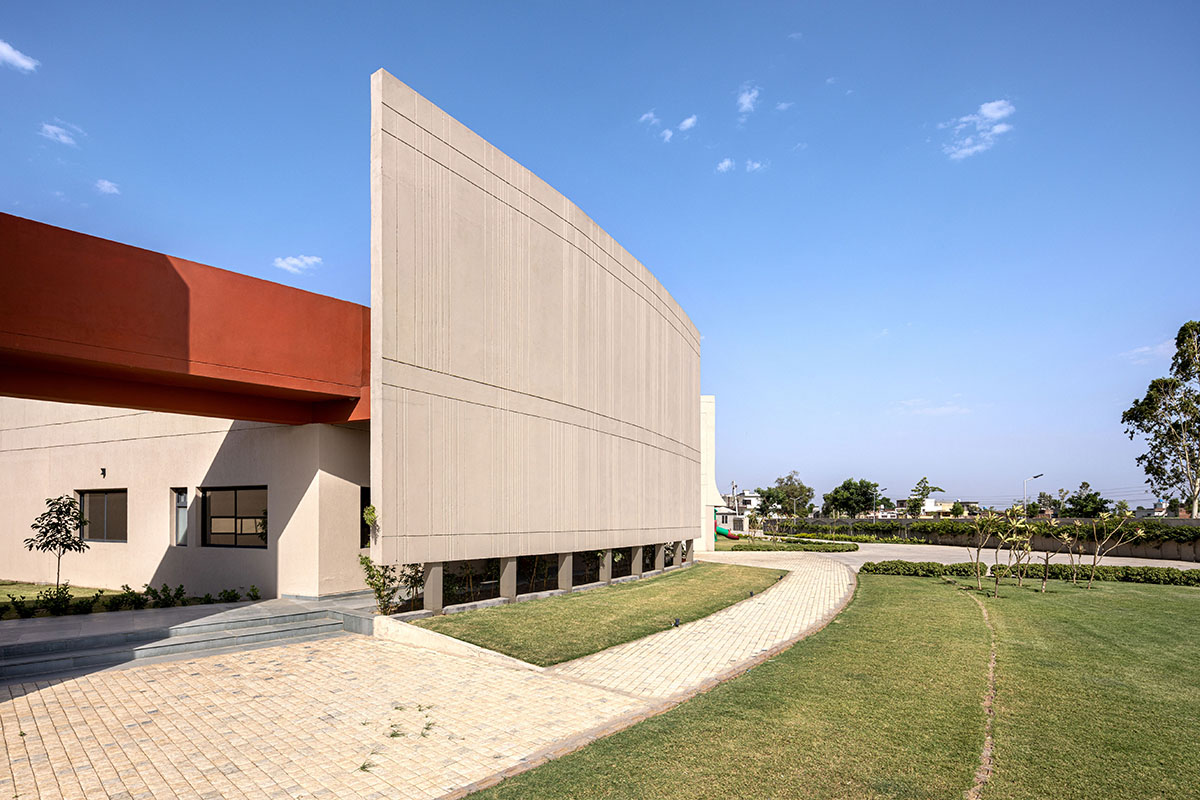 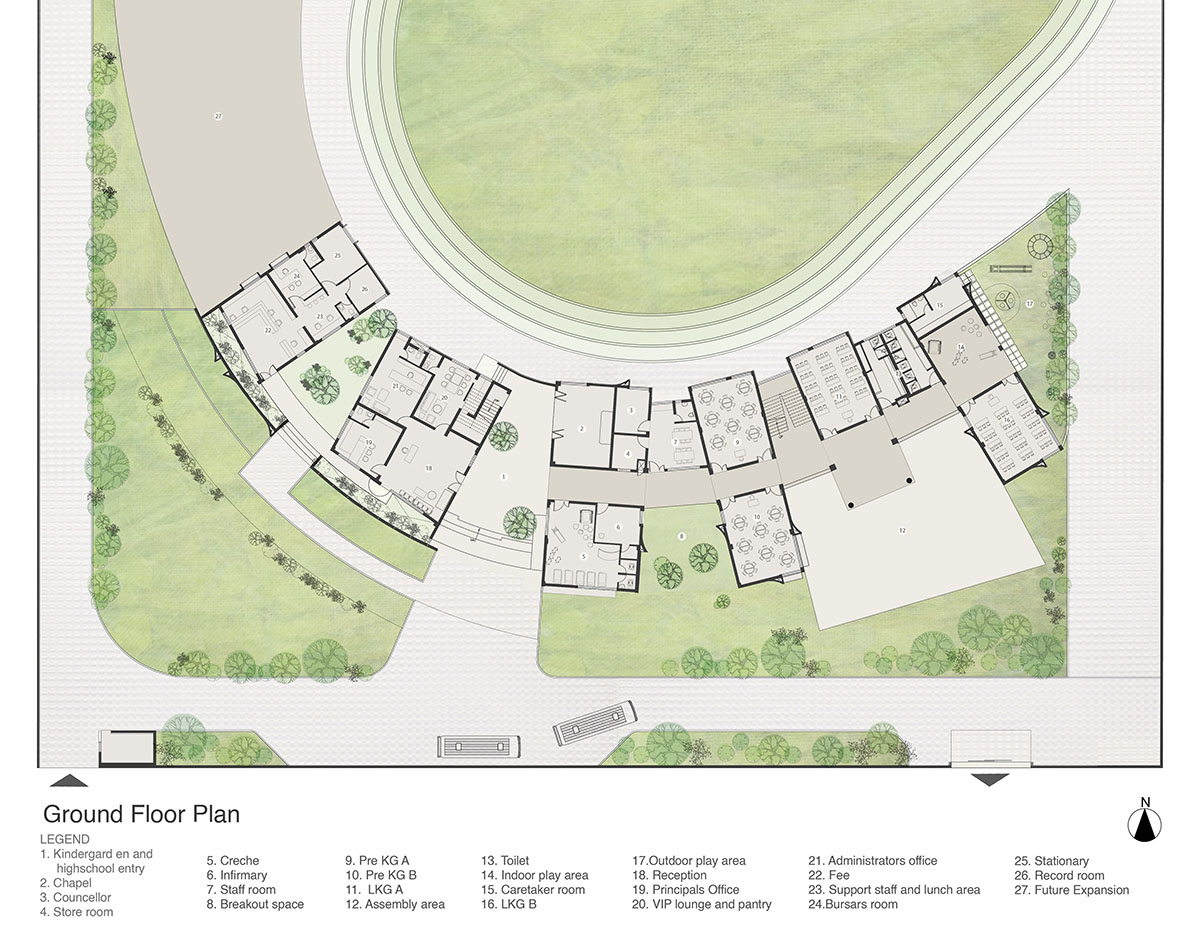 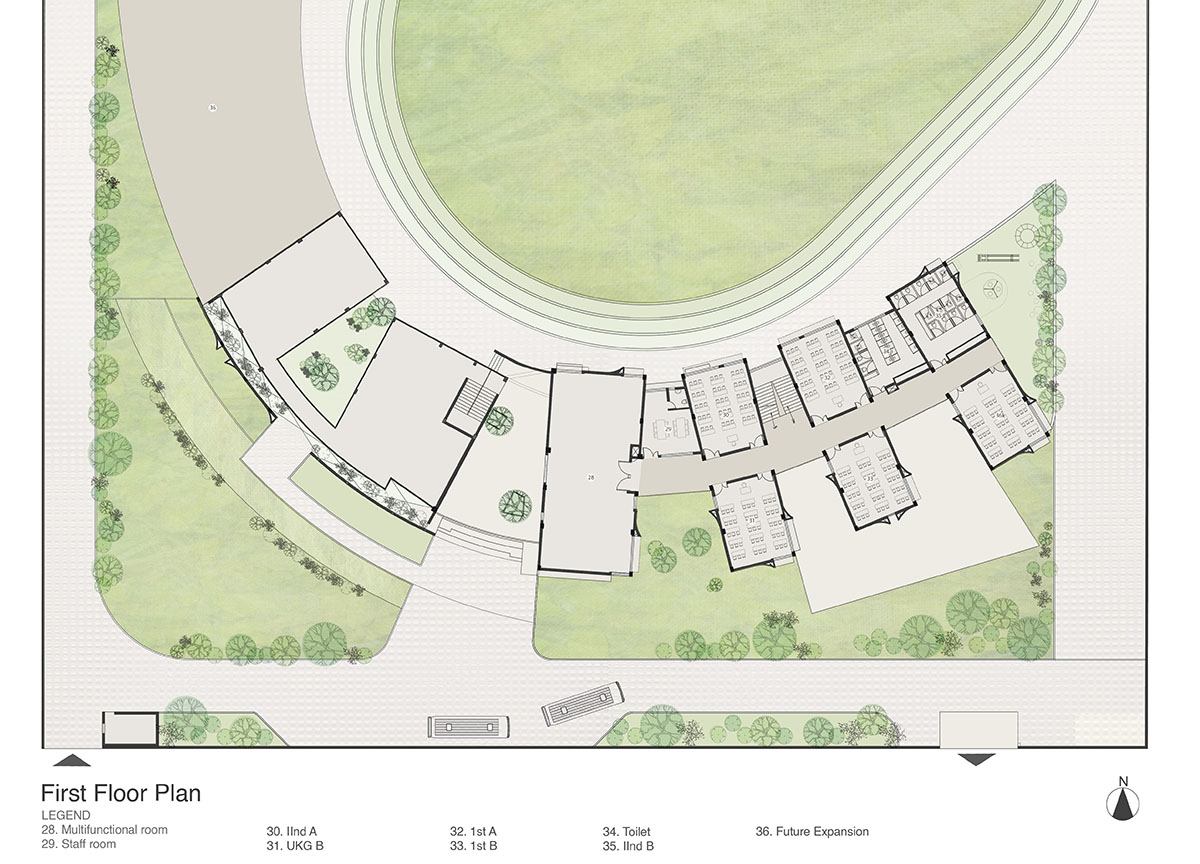 Bangalore-based studio Kamat & Rozario Architecture was founded in 2007 by Lester Rozario and Smruti Kamat. The office is a multi-disciplinary, award-winning studio offering services in architecture, interior design and furniture design.