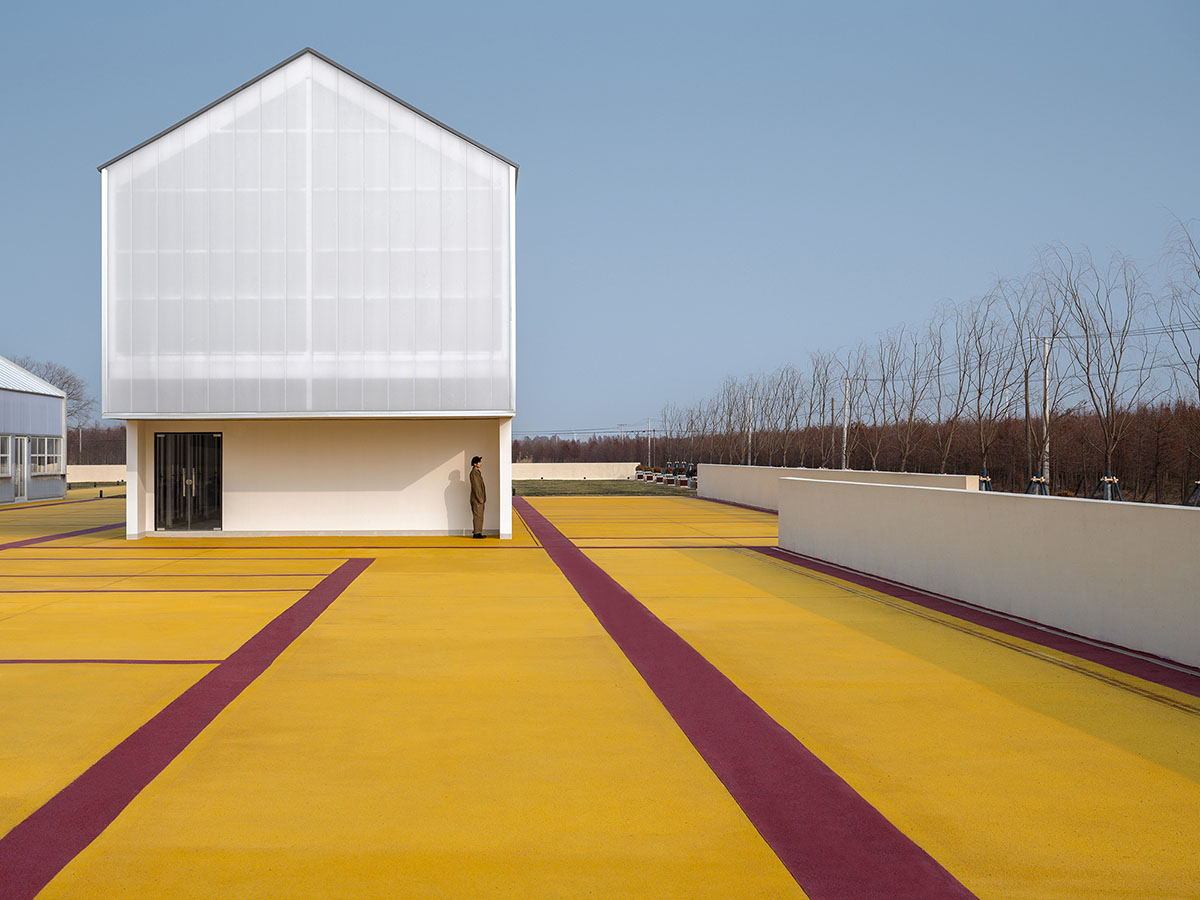 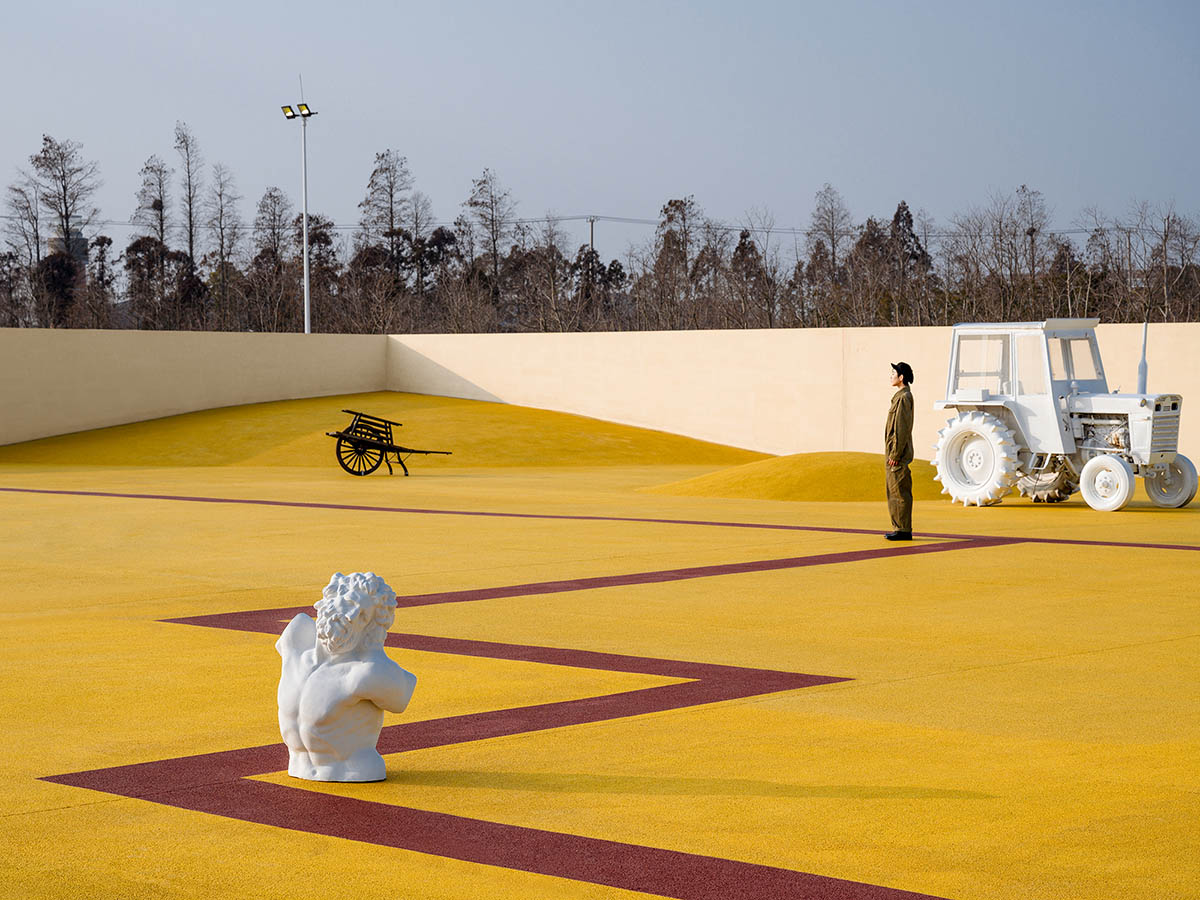 While some are divided into blocks, some are scalloped, and in the open areas the terrain rises slightly, creating a "grain pile" with undulating heights on which to stand. When visitors look at the whole field, the field seems to be a frozen harvest time.

The complex was revitalized for a local manufacturing brand Bright Food Group for the company's new multifunctional Research and Development space to be able to showcase its agricultural products. The project site belongs to the company's Dongtanyuan outpost. 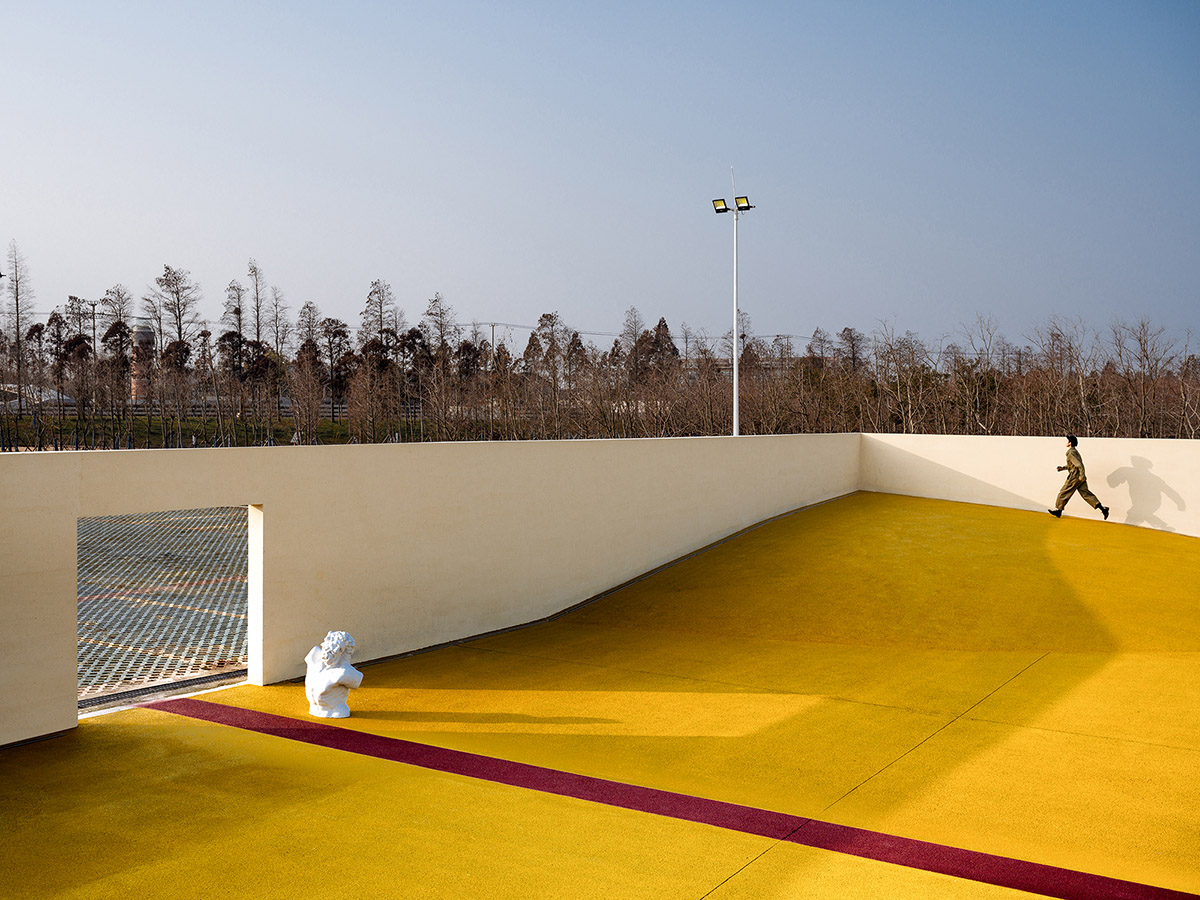 Read the project narrative with the office's words. The heat was scorching, standing on the crumbling base, the rickety barn, equipment storage, and office and the patchy flooring. Mr. Wu asked me, who was wiping sweat, what could be done to this 8,400 square meters, 220m total length of the barnyard. I was a little lost due to the strangeness and the displacement of context. 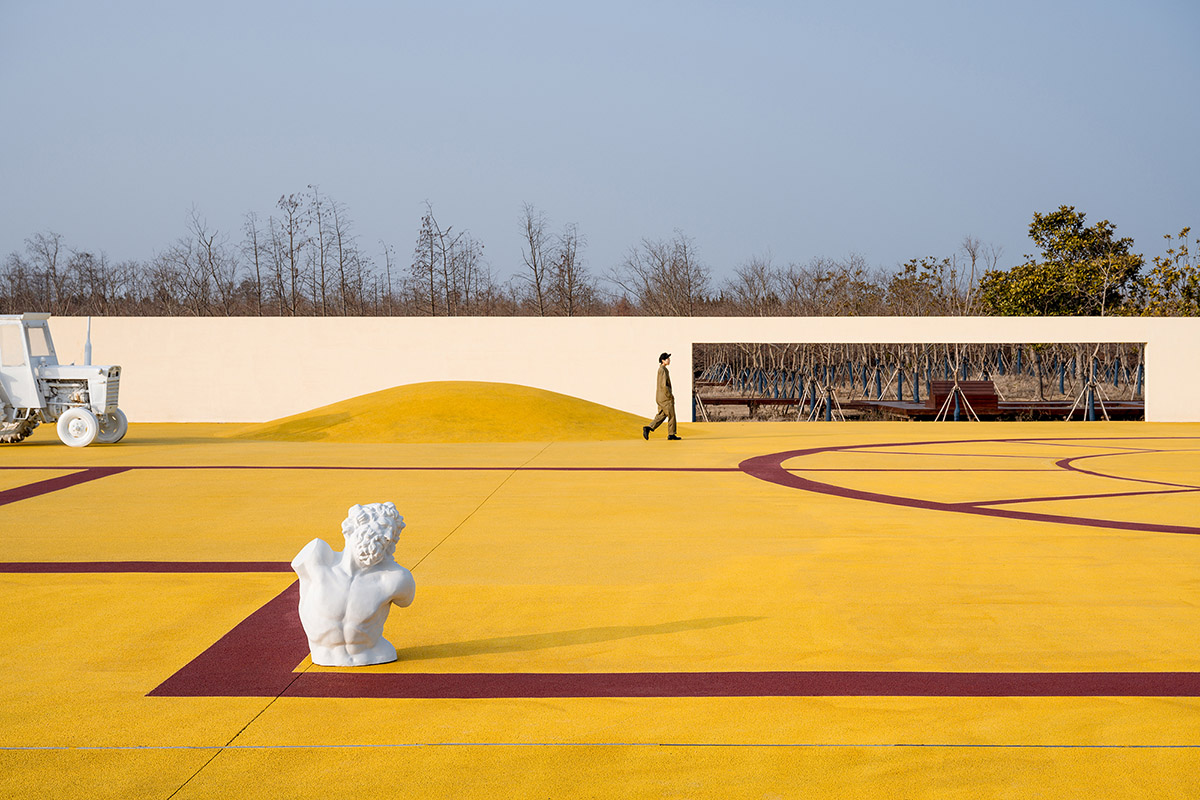 Where did the moments I lived go

Did barnyard ever exist in my life? I remember it was only for a very short time. It was when we were asked to have a mandatory experience in agriculture in high school, and we gathered the harvested rice and stacked it in the center of the barnyard. We hadn't done much, but we were still tired enough that we lay sprawled on the ground or on the grain pile, gasping for breath, and starving. I was reminded of Peter Brueghel's The Land of Cockaigne, which depicts the dream of a "zone of comfort" that emerged from the endless toil of medieval Europeans. They imagined that somewhere on the earth, people lived a life of freedom: "No work and no worries about food and drink, mountains of delicious food, wine and wine accumulation like the sea." At that time, we, who were tired and had little food, could not think beyond what he painted, the illusion of feast and sluggishness. 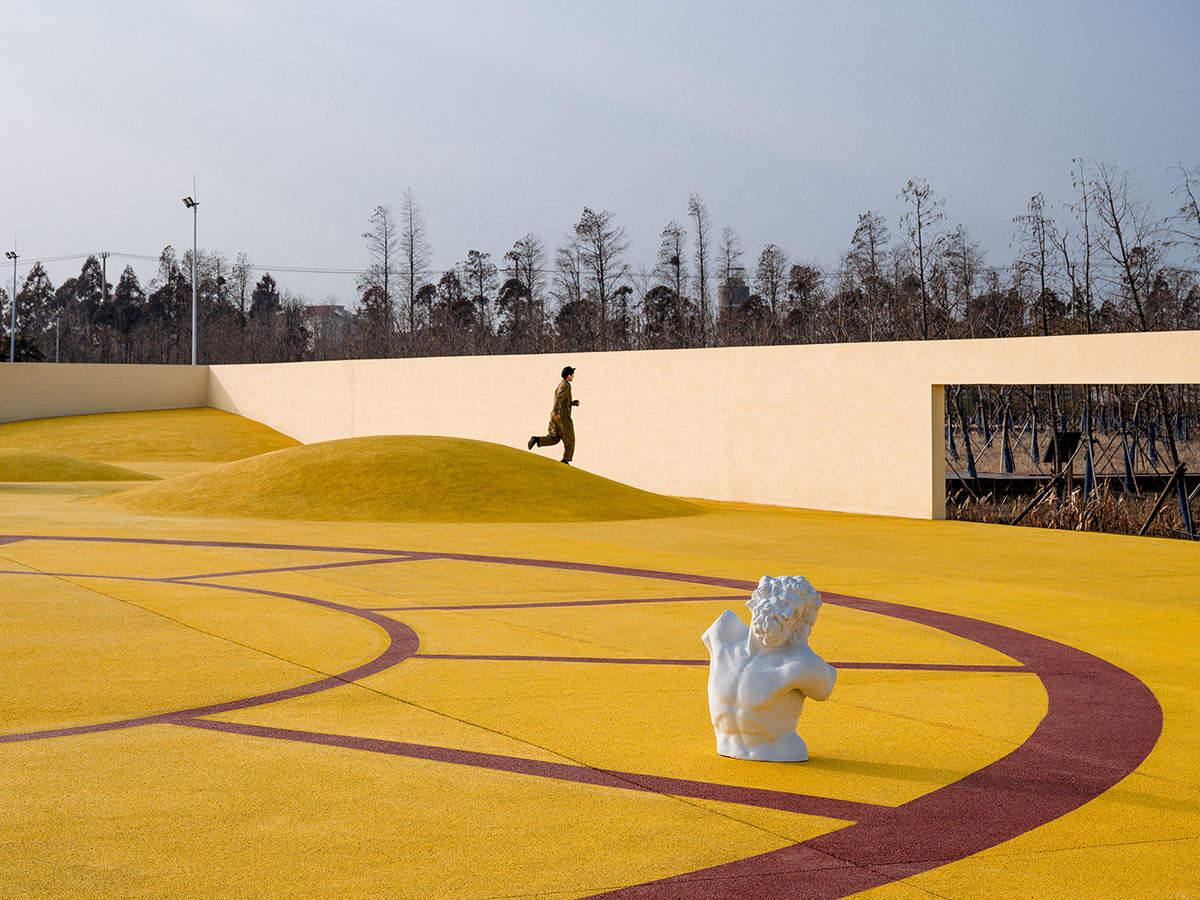 That night, it was the day of the gathering, there was a bonfire and a performance. We ate all the food we had brought from home and saved for a month at once. We even drank alcohol for the first time. We were shouting out of tune because we knew that the next day we would be free from the tedious and hard life of farming. We joked and cried without a care in the world, and I got drunk for the first time. The first time I saw The Fight between Carnival and Lent, it reminds me of that night of drunkenness on the threshing floor. I thought of the brief forgetfulness and joyfulness of the mood without pretense, and the carefree innocence. 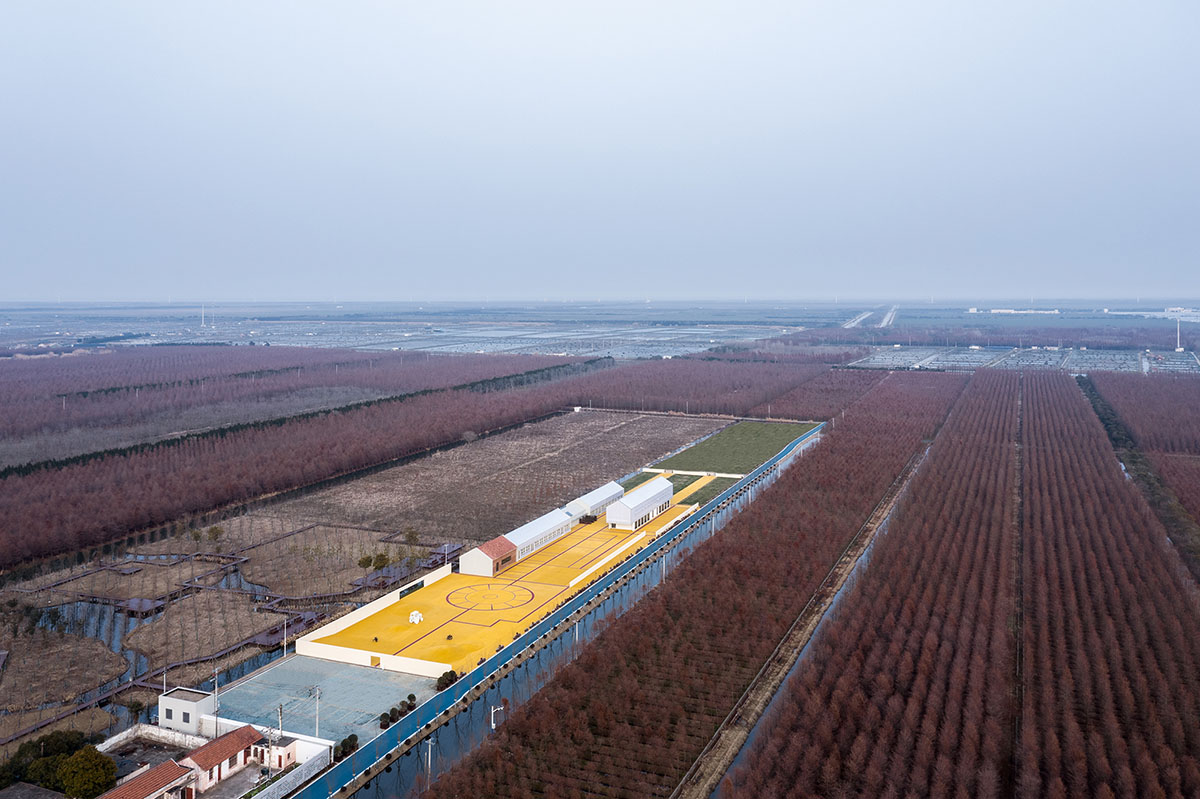 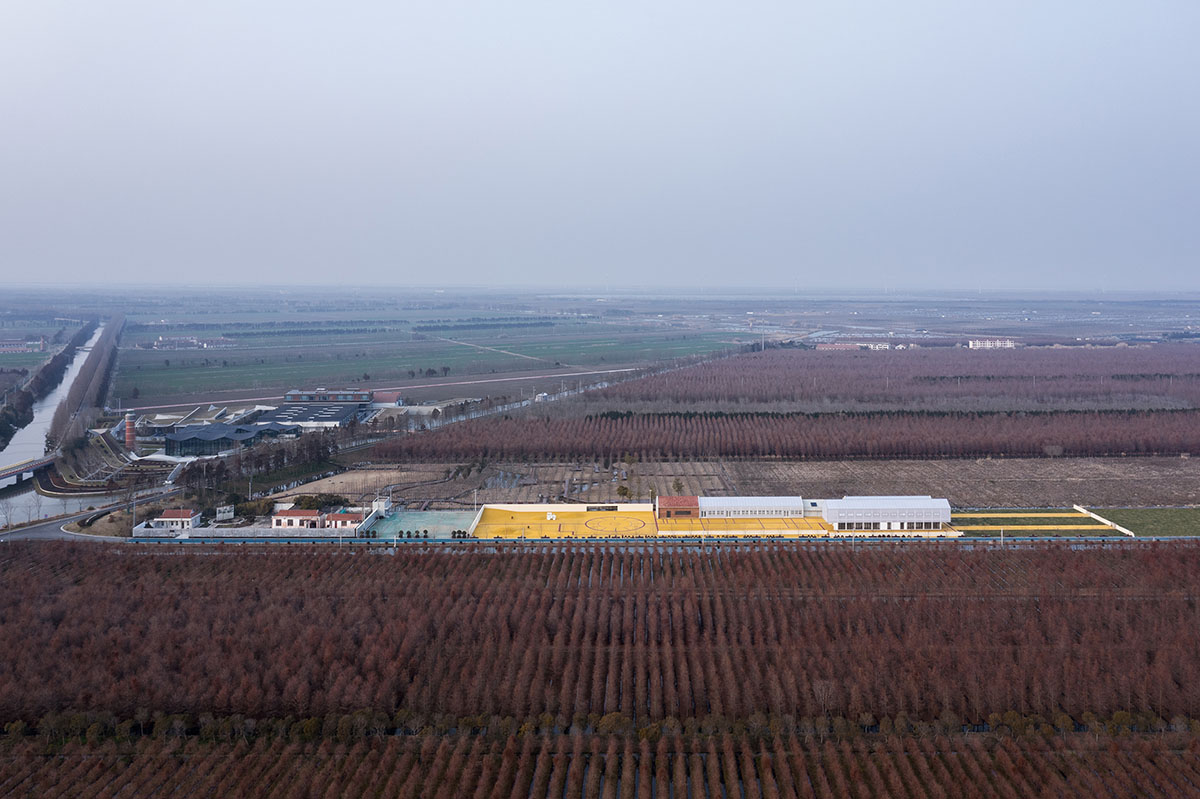 What I think is free and disingenuous

The mandatory experience of agriculture in high school was intended to give us the training to overcome hardships. However, it didn't occur to us to shape a simple goal in life within us, to study well or make money, to imagine a life we don't want. The brief revelry of the barnyard became a moment to the future that we look forward to having at any time in any place in the city. When I look back at the age of 50, I am a little ashamed. Because we have never had such a moment of indulgence without guilt again. 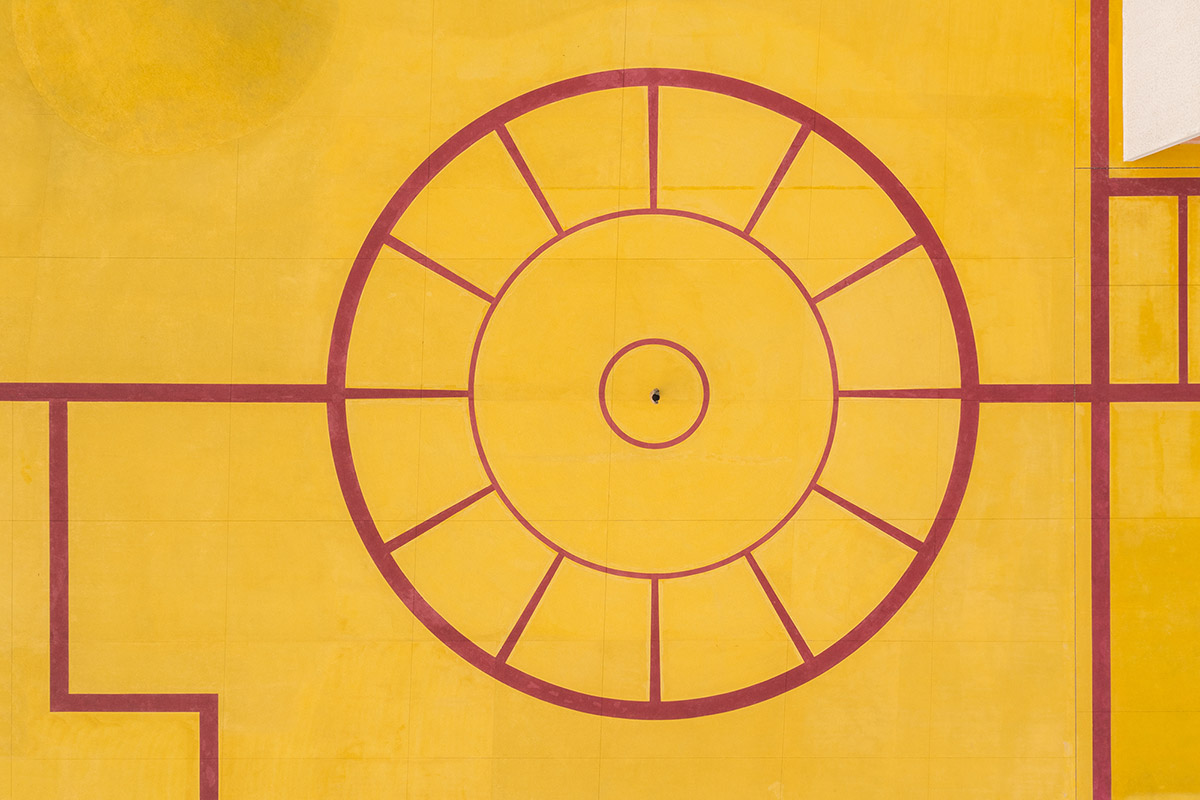 Barnyard is functional, for crop processing. It is also economic, to count the work points. It is also social, where gossiping or chit chats happen. It is also ceremonial, with formal events and gatherings including watching an open-air movie. It may be private, with the possibility of dating. Of course, it is also public, a company or village square. The only thing it is not would be spiritual. What is associated with the barnyard is the farm lifestyle and certain material fantasies of the time. In any case, the expression of the barnyard is simple and direct. So I decided to use the golden color to symbolize the harvest field, the harvest that never ends. I simply wanted the Cockaigne to be a place of "eternal leisure, superb food, and edible buildings". It was paradise. At that time, we had no desire to stay in the countryside, but now we envy it a little. After all the surprises of life, I think the simplest pleasures are precious.

Wutopia Lab uses golden yellow permeable concrete, resembling paddy, with dark red lines to form an everlasting barnyard scene: some are divided into blocks, some are scalloped, and in the open areas the terrain rises slightly, forming a "grain pile" with undulating heights on which to stand. Looking at the whole field, it seems to be a frozen harvest time. 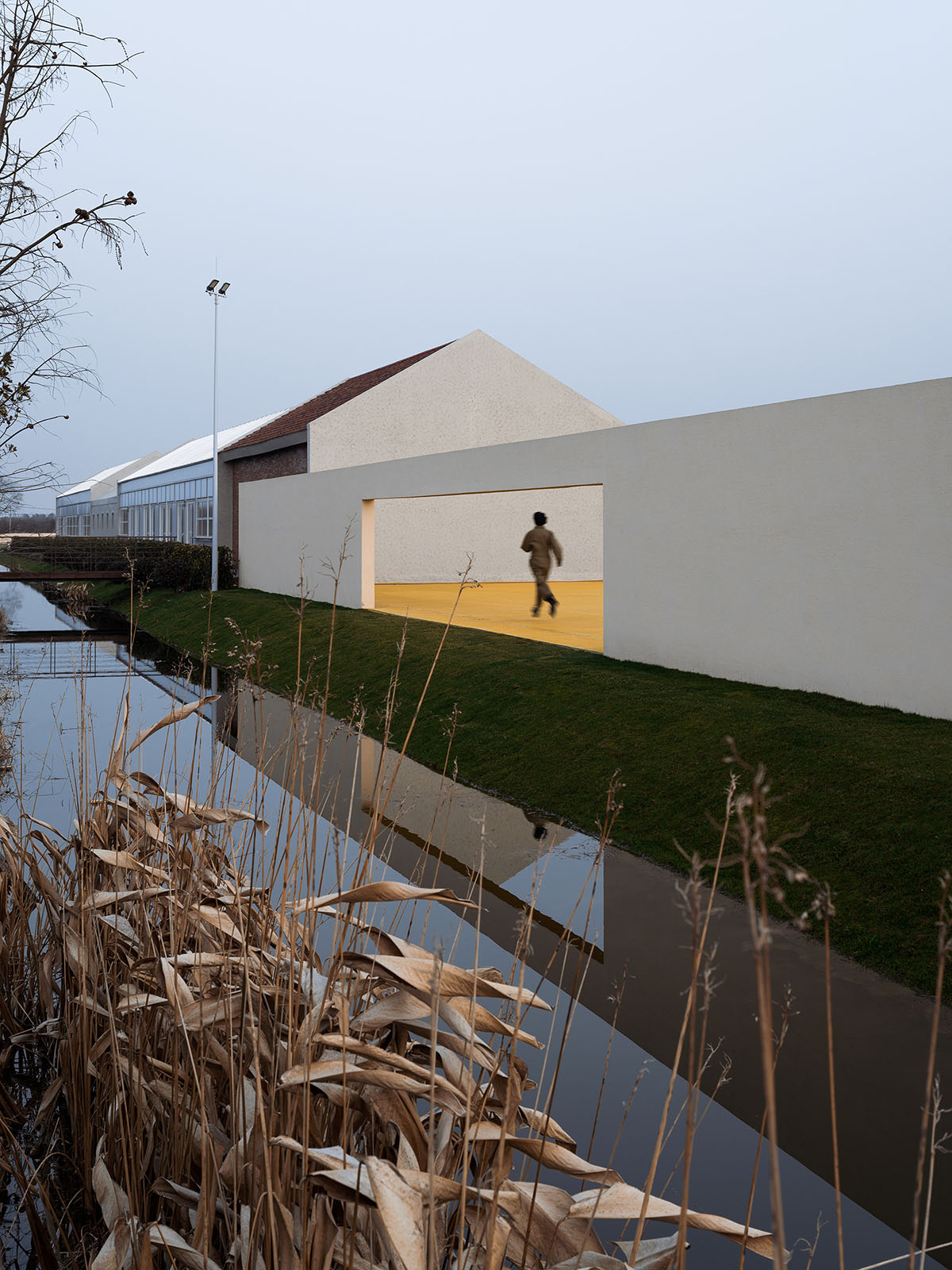 The original gatehouse is designed as a time capsule (movable installation) of the past, commemorating the original reed-built dwelling of Chongming Island: the Huan Dong She, and the barn brick house is partially preserved to commemorate the memories of the old barnyard during the polder period.

The original farm equipment warehouse, renewed with a plain concrete façade, became an auxiliary room for the barnyard. The remaining part of the barn and the original two-story dormitory building were retained in their original architectural form, with the facade replaced with cream polycarbonate panels to become the Bright Milk House, a multifunctional space for research and development and display of the Bright Group's new agricultural products. 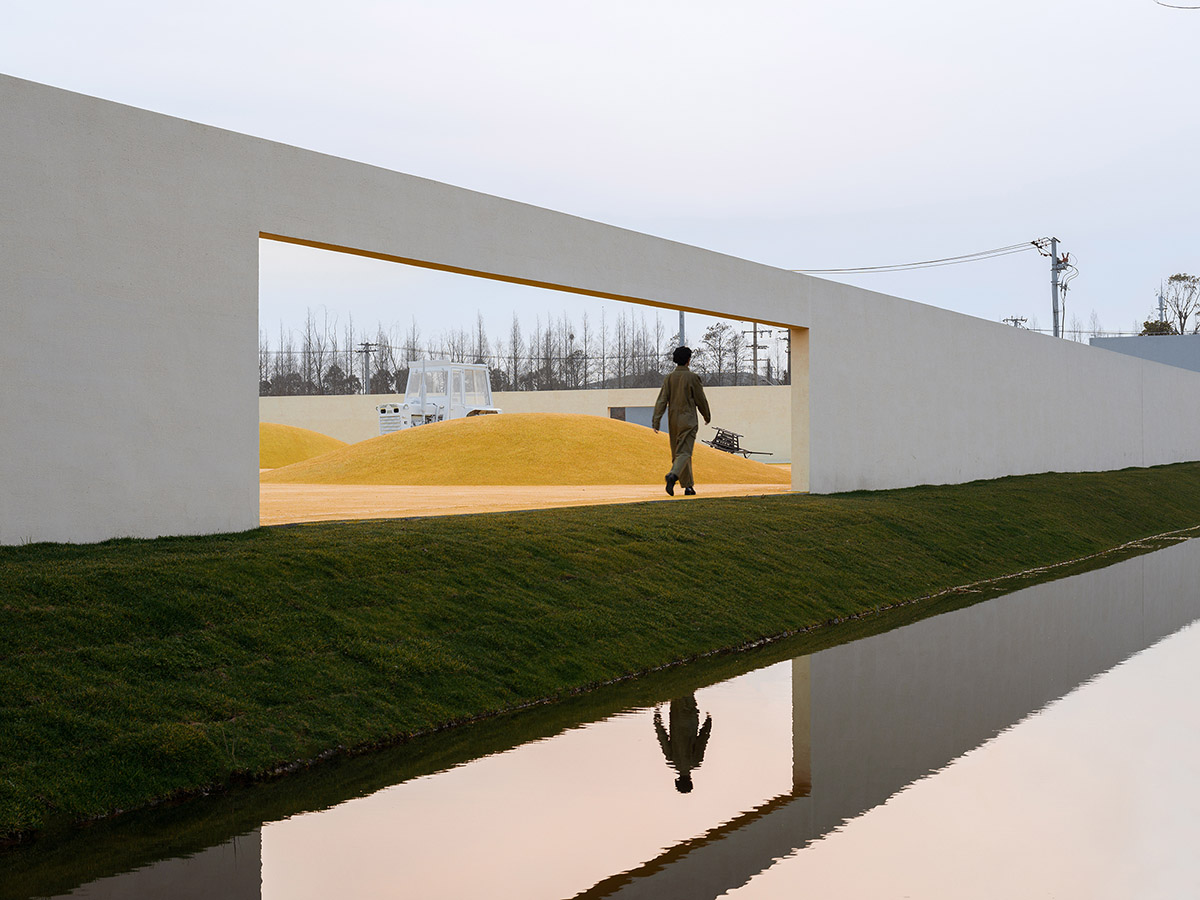 At the end of the site, the original toilets are designed as another future capsule (movable installations), and the dark red ground line is transformed into a four-pronged cone made of weather-resistant steel plates that can be opened and closed, inside which a large number of memory store, the contents of which are a message or a piece of data for future relatives, friends, or even oneself. Different materials of the building, like different memories, are scattered in this yellow cereal field, and every time you enter one, it seems to trigger a story of different times waiting for you to explore.

In the future, there can be intertwined different activities of the city and the countryside. But for me, it is more of an artistic act. It is a huge piece of earth art set in our familiar farm landscape. Expressing the simple and direct desire of mortals to be uninhibited, safe, happy, and well-fed.

"The Past is in the present, but the future is still in our hands." — Ellie Wiesel 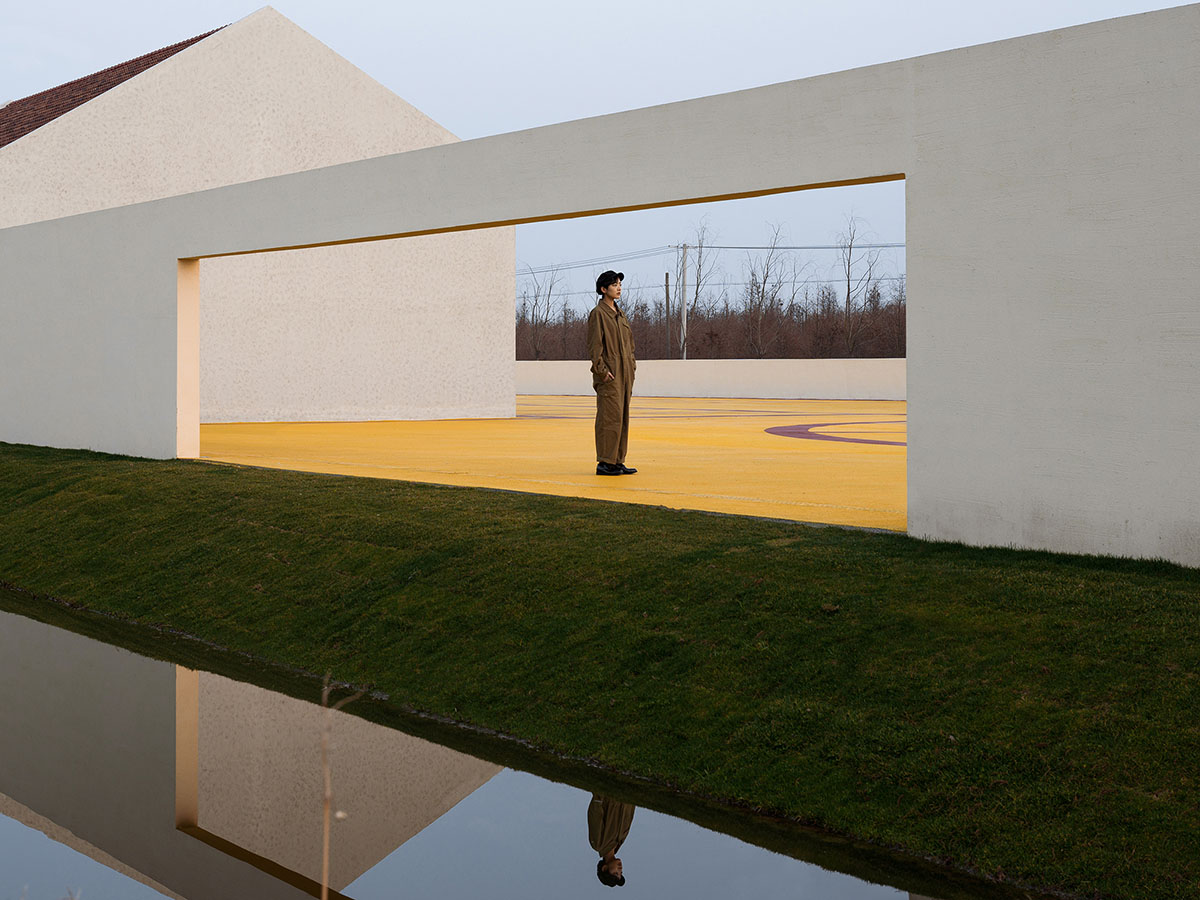 Cockaigne of Everyman is the third work in Wutopia Lab's series for magical ordinary people. It is about simple desires, and together with sacred memories and heroic memorials, it becomes the world of the mortals in the Dongtanyuan.

The first work: Memorial of Everyman

The second work: Shrine of Everyman

The third work: Cockaigne of Everyman 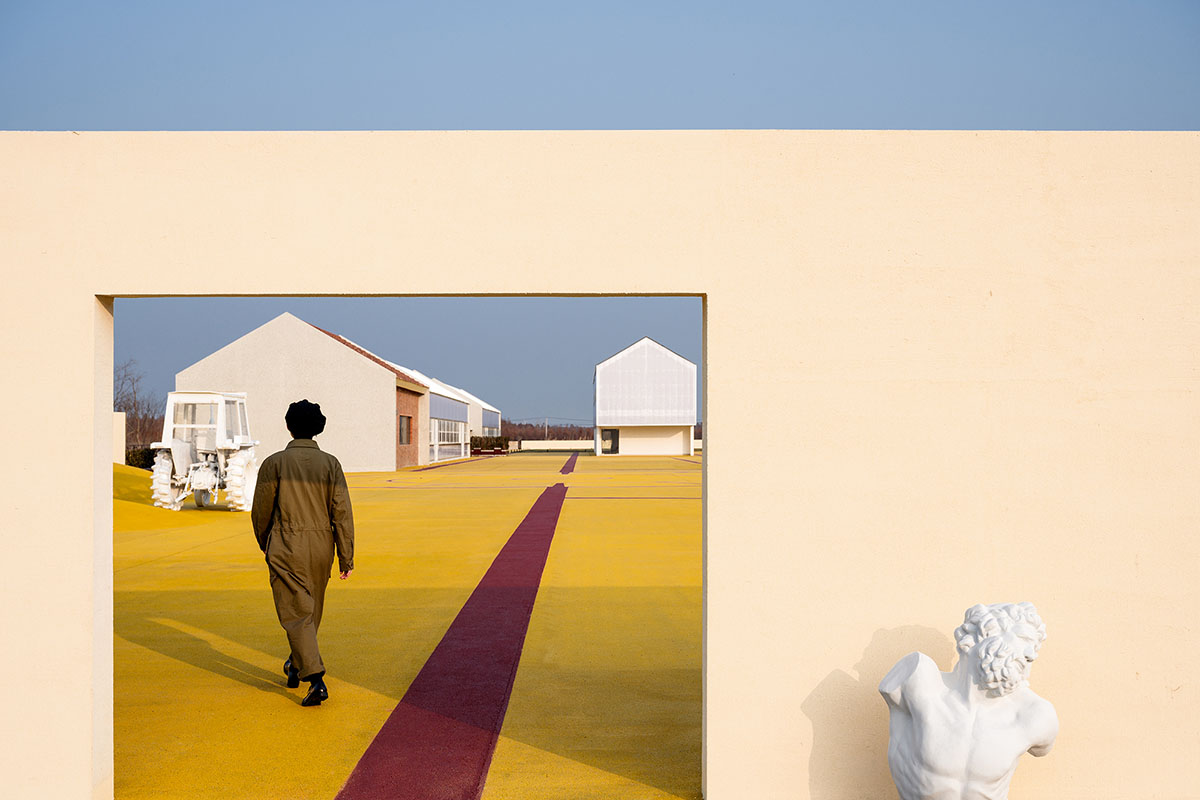 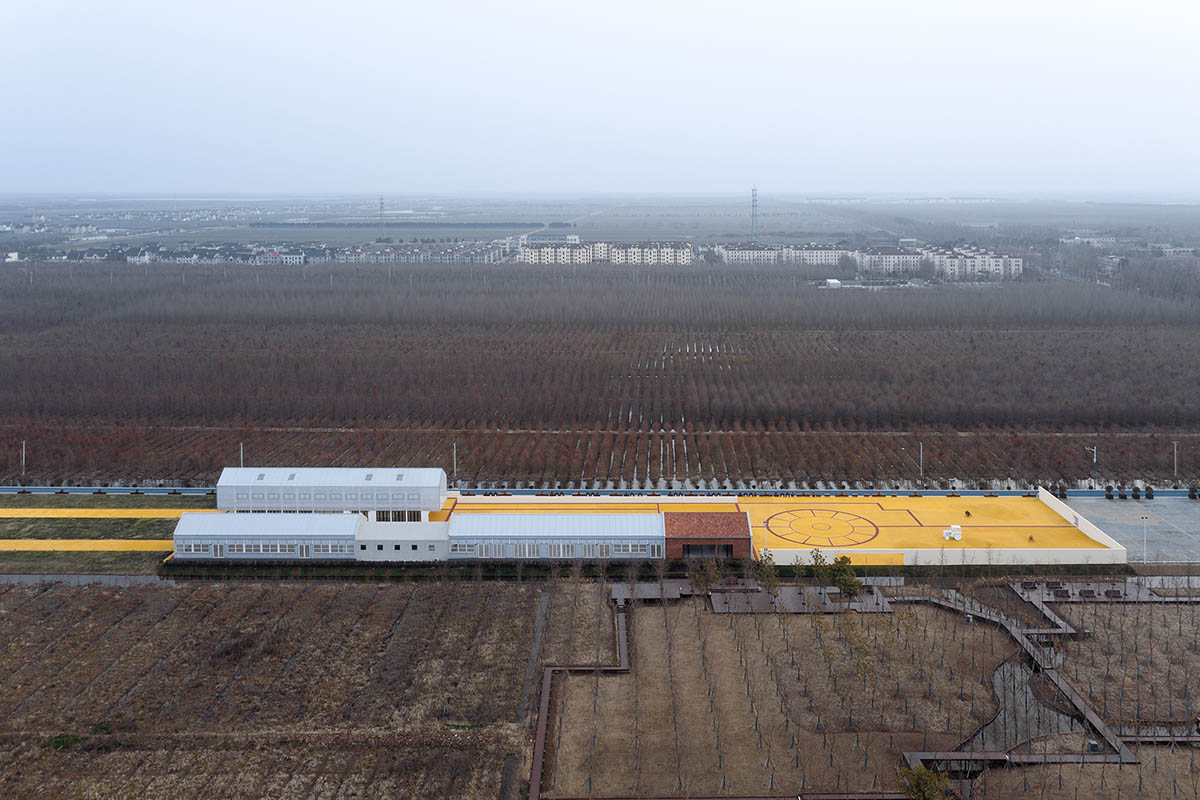 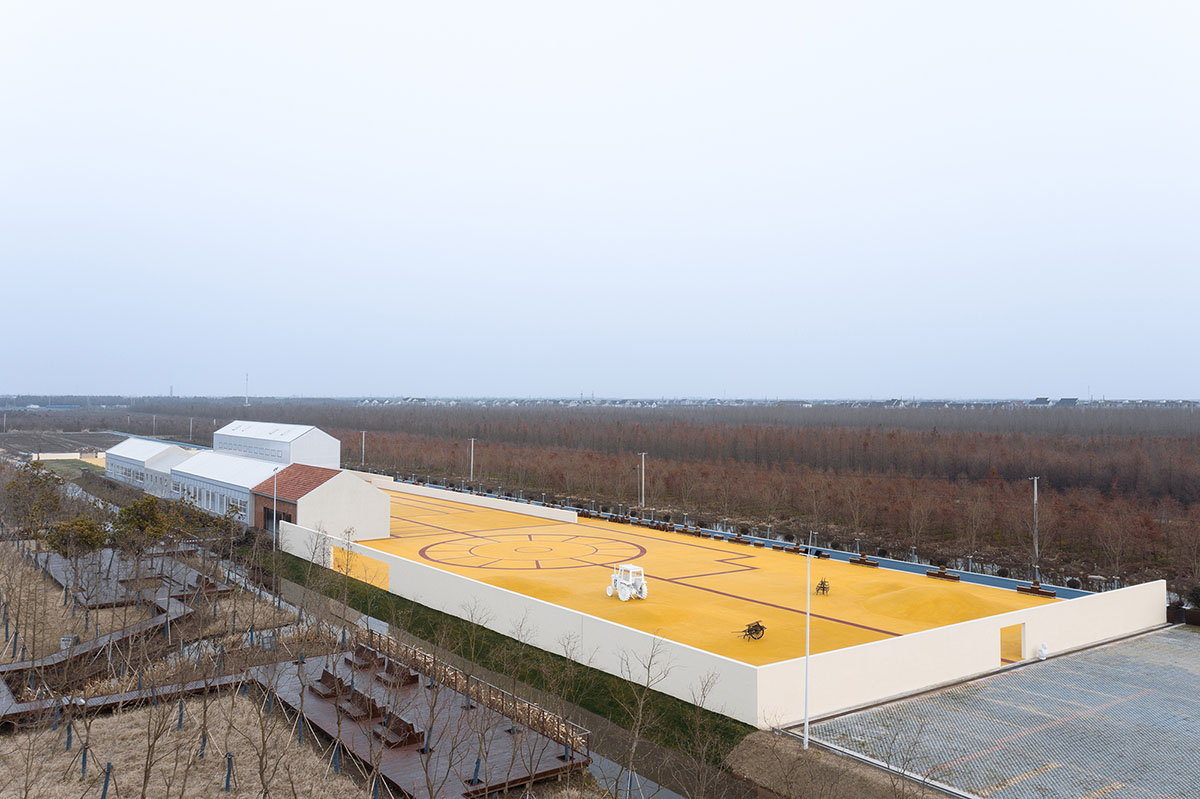 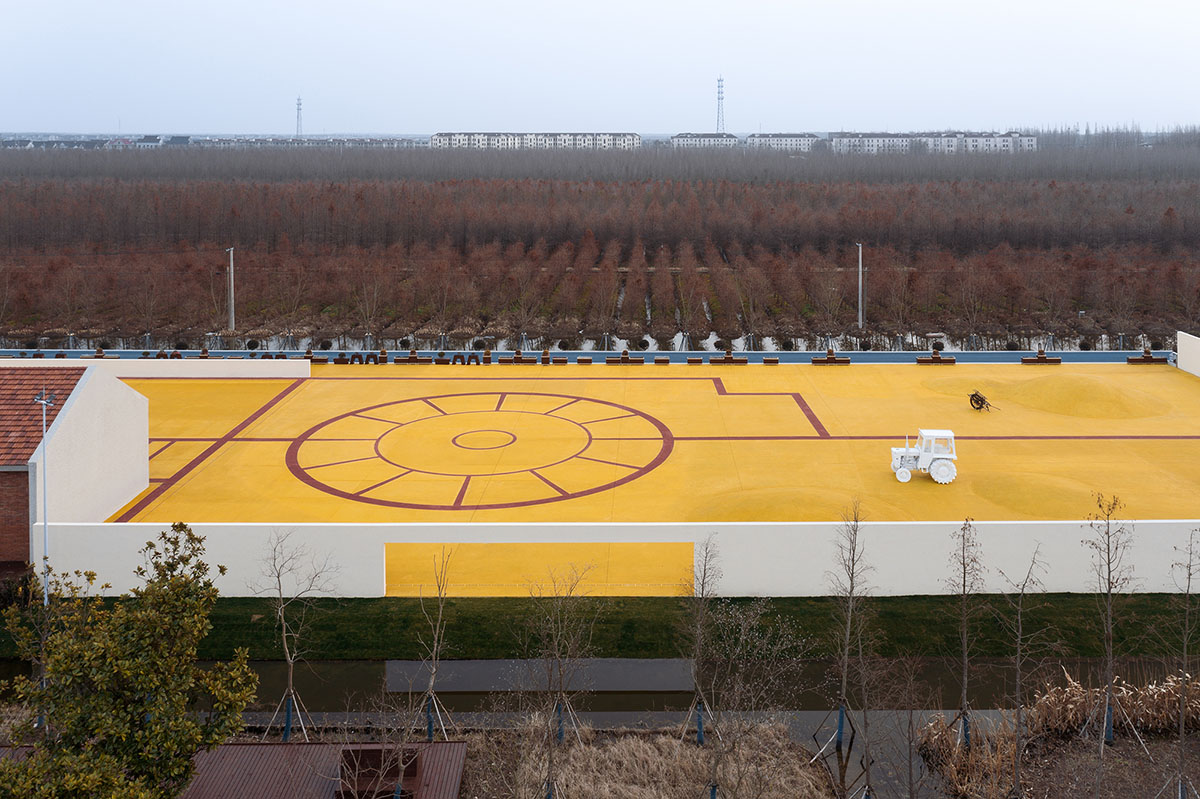 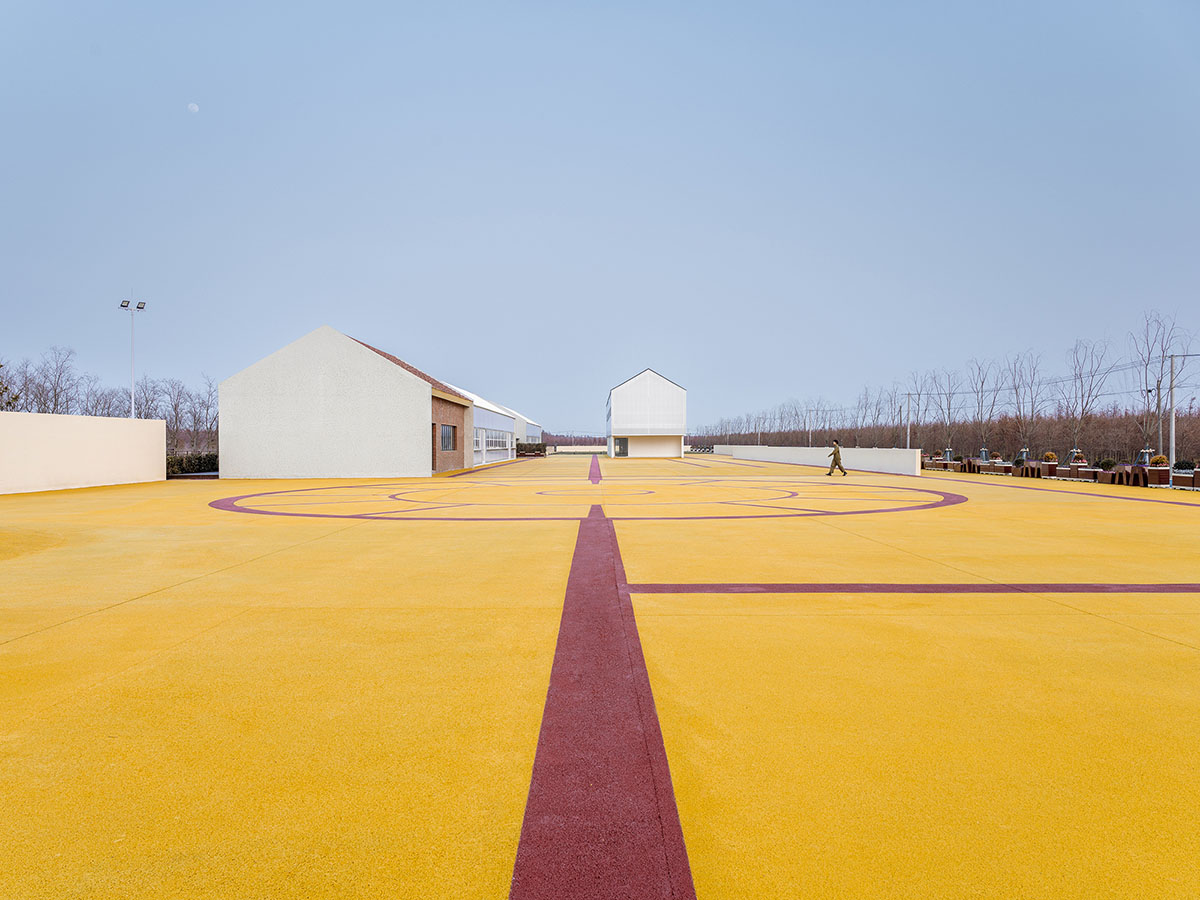 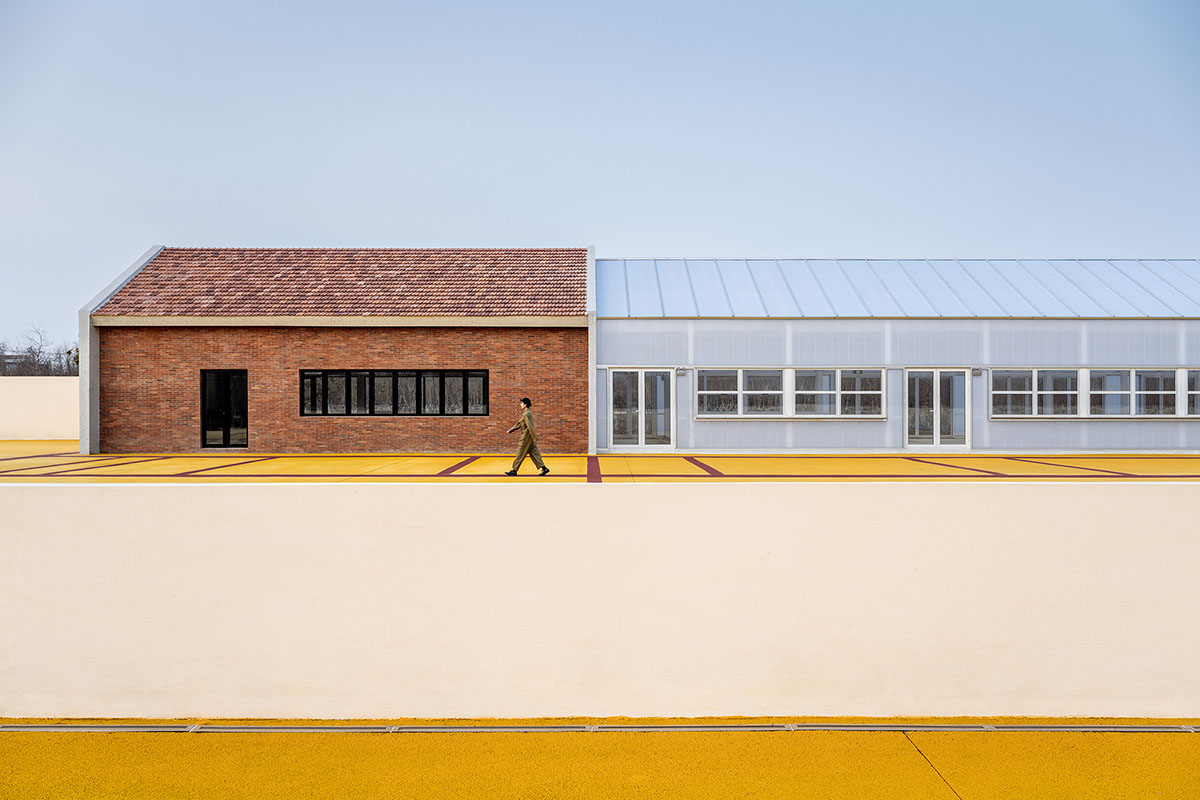 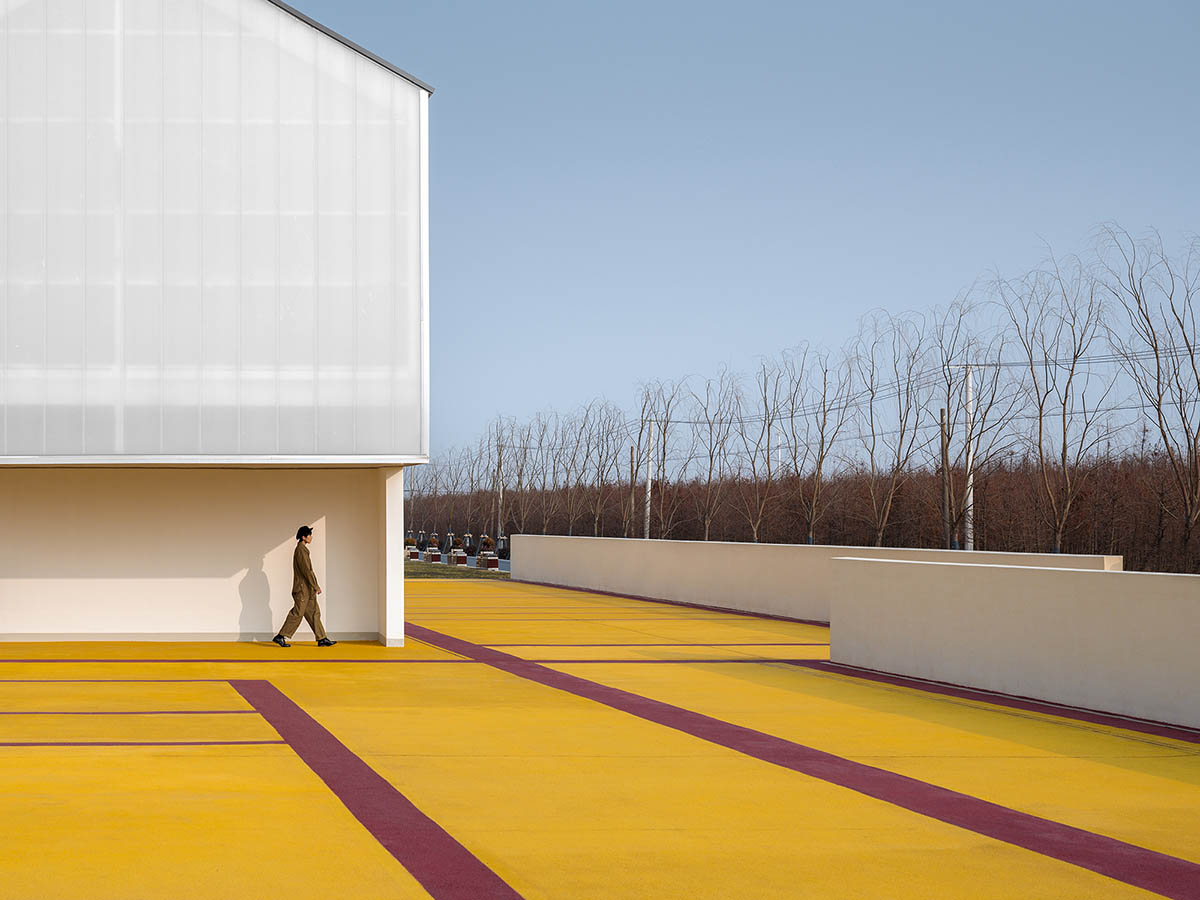 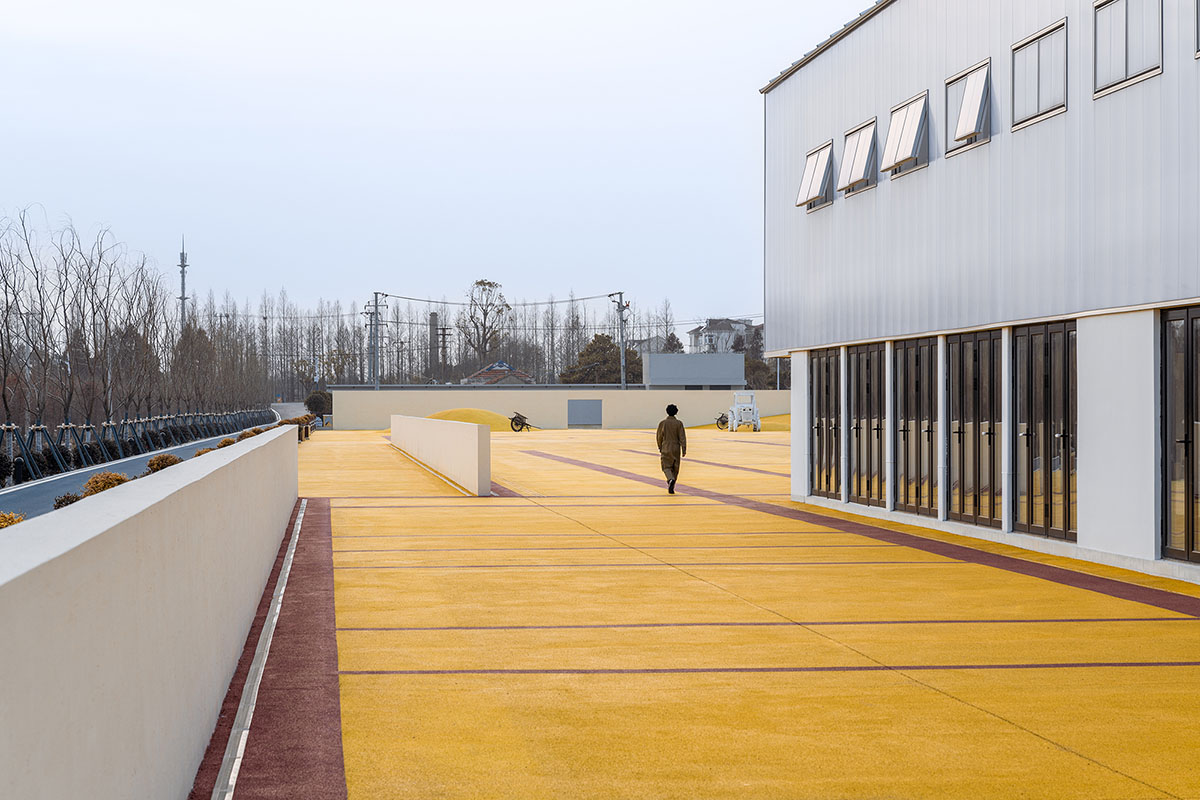 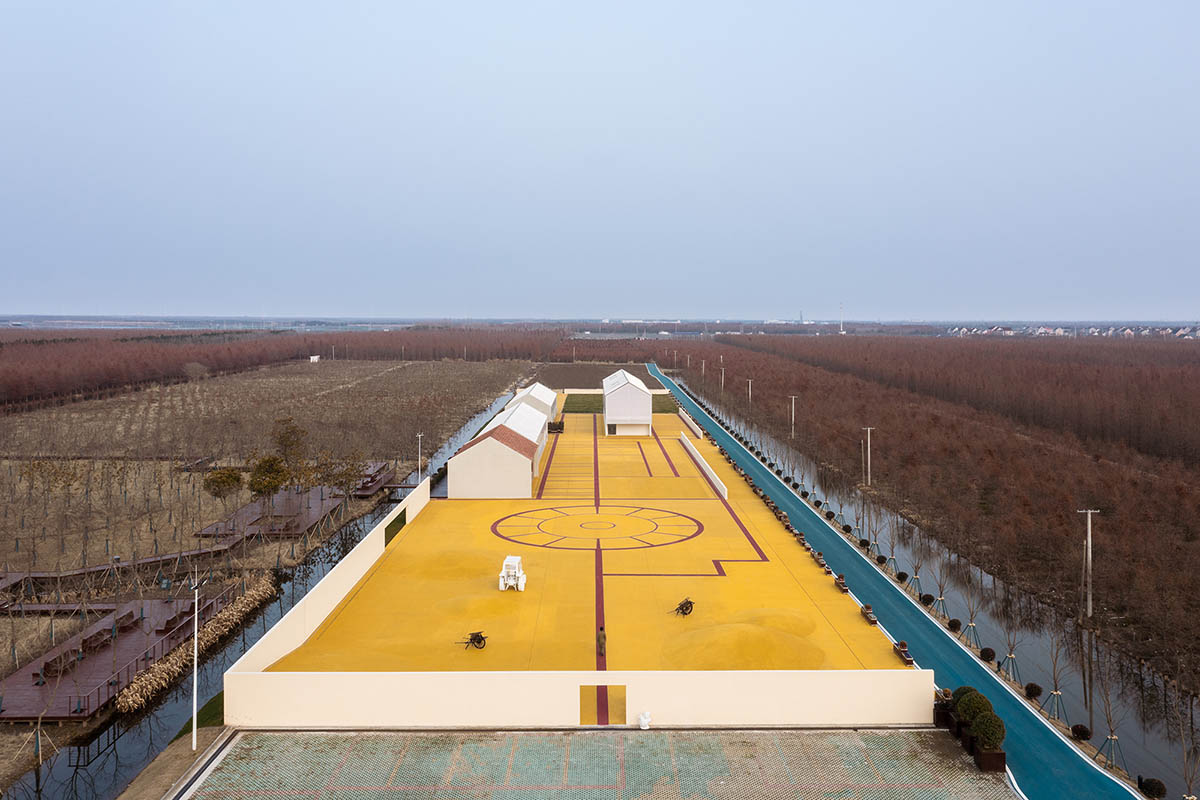 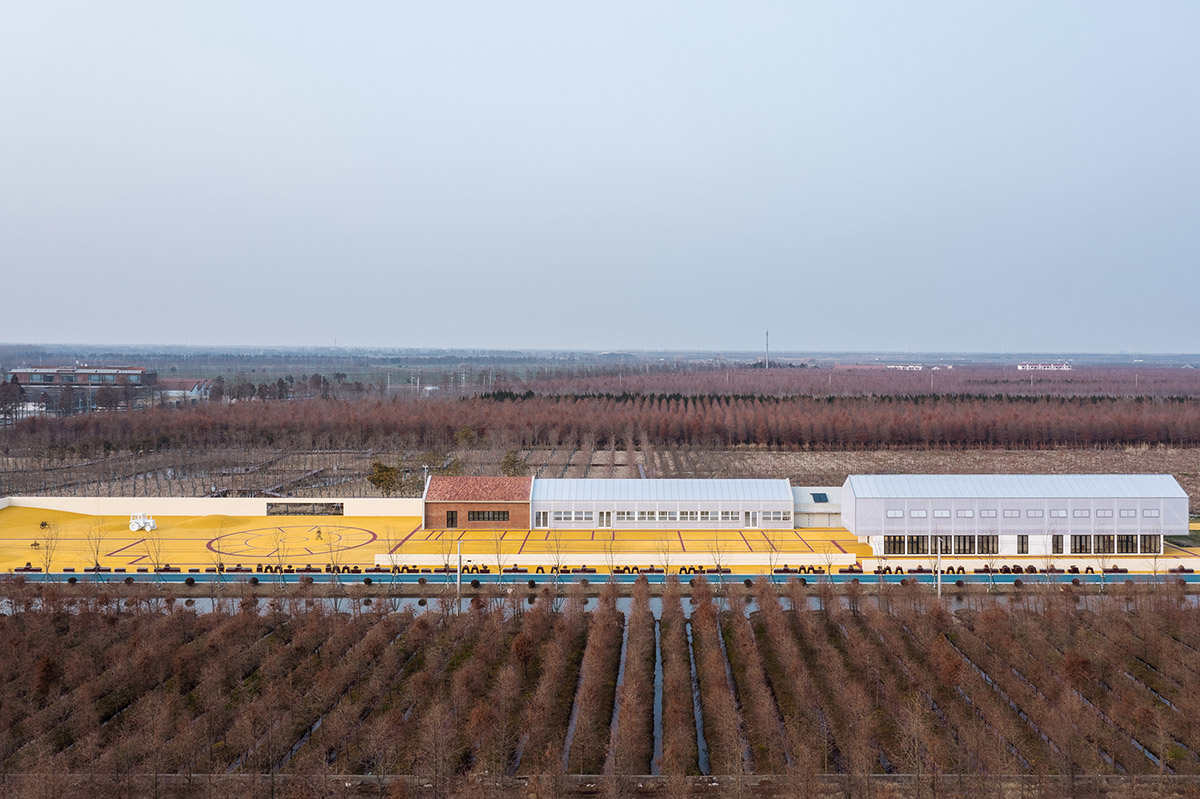 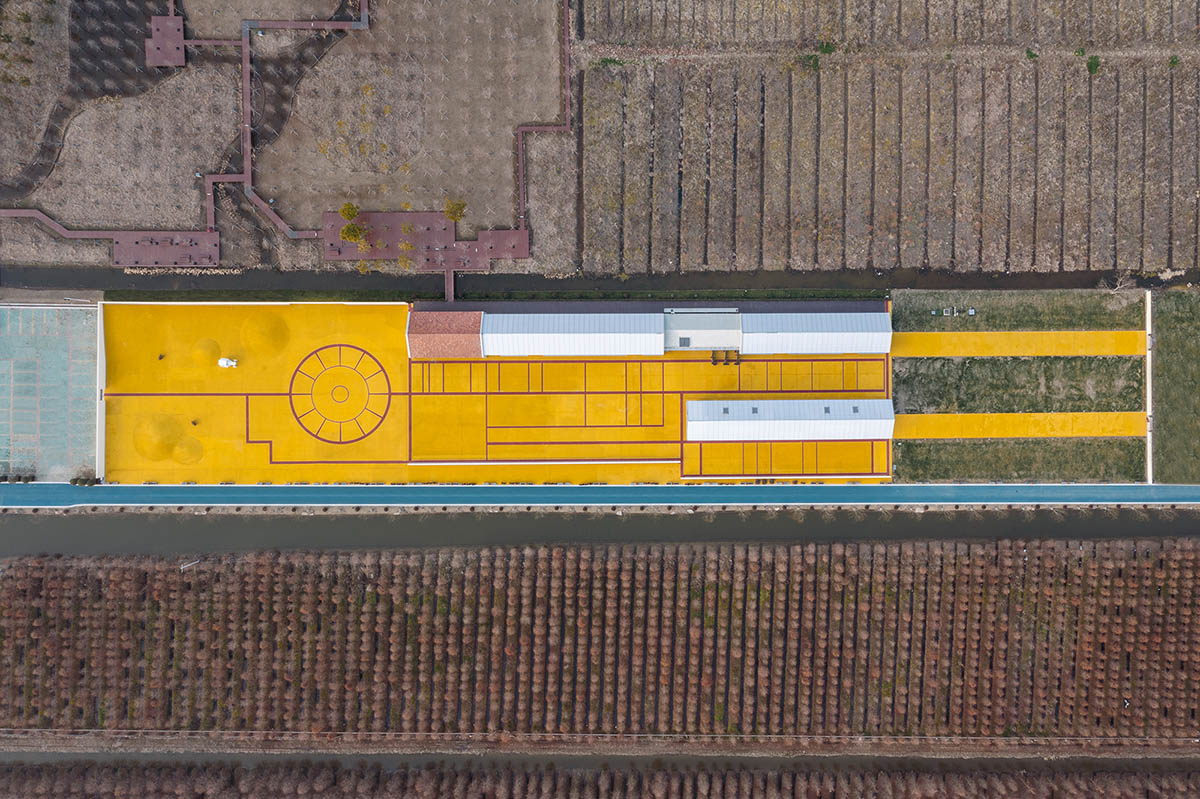 Wutopia Lab recently renovated a dilapidated house with a continuous shell in Jiangsu, China. The firm also transformed an abandoned water tower into a memorial in Shanghai.