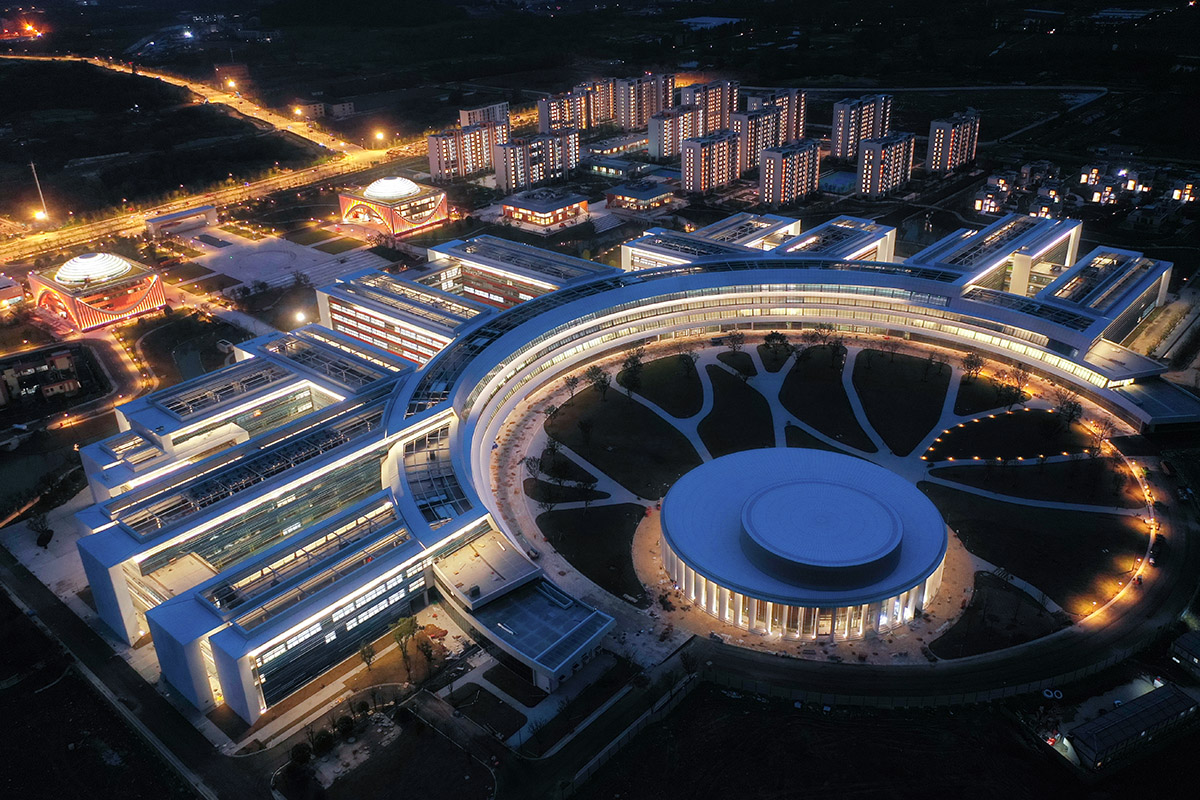 HENN has completed the first phase of Westlake University in Hangzhou, China last month. The project milestone was marked by a ceremony attended by high-level government officials and academics on October 27th.

HENN’s ambitious proposal for Westlake University solidifies China’s position as a global leader in scientific and technological research. The world-class research institution will be constructed in two phases: the first in Fall 2021 and the second in 2022. 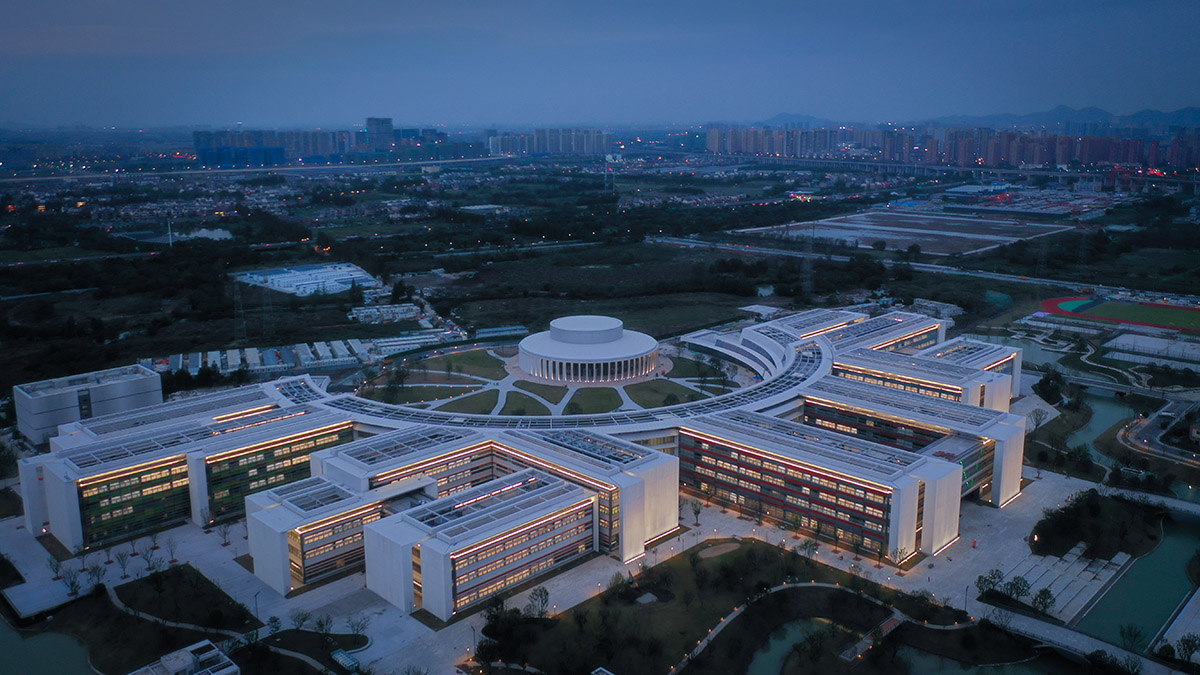 It will house state of the art academic facilities, laboratories, offices, sports facilities, retail, restaurants, and housing for an international body of students and faculty.

HENN’s design for the Westlake campus addresses a range of scales and needs, from individual buildings to its urban-scale master plan. The site is defined as a series of concentric rings that organize the campus both physically and conceptually: the Academic Loop, the Water Loop, and the Living Loop. 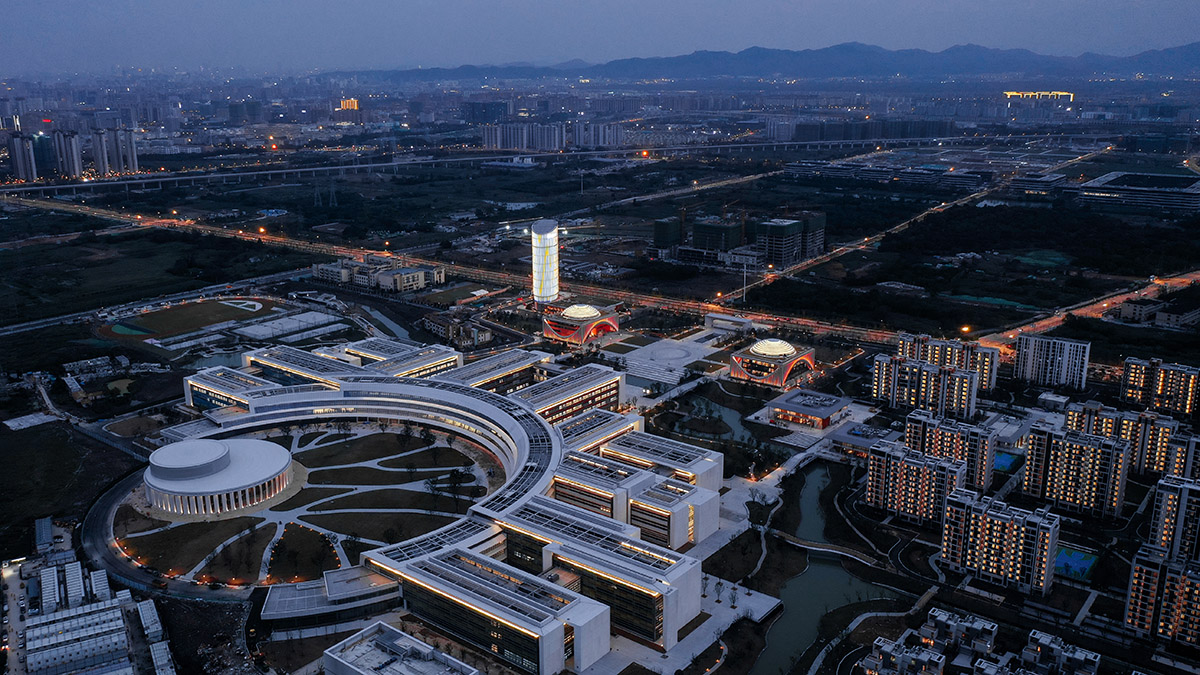 Each major - Medicine, Biology, Sciences and Computer Sciences - is housed in a separate building. Composed of staggered rectangular glass volumes with stone frames, the buildings appear to hover above the ground. Each building is uniquely detailed with colorful accents and custom mullion patterns.

These articulated courtyard buildings are strung like beads on the bracelet of the Academic Loop in order to promote connection interdisciplinary exchange. 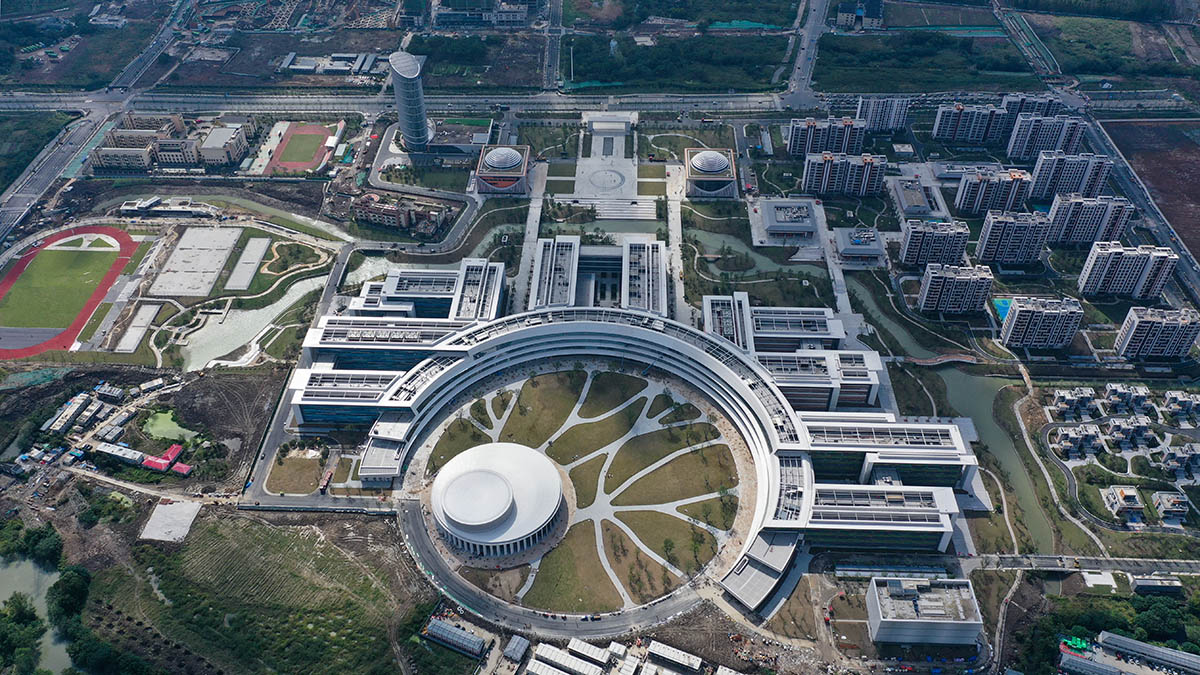 The Academic Loop is the dense intellectual and social core of the university. The dynamic, double-height space offers panoramic vistas through and into the buildings it connects. Its circular form contains communal spaces, meeting spaces, seminar rooms, and laboratories. At the center of the loop is the University’s central park - a beautiful garden for retreat, contemplation and socialization. 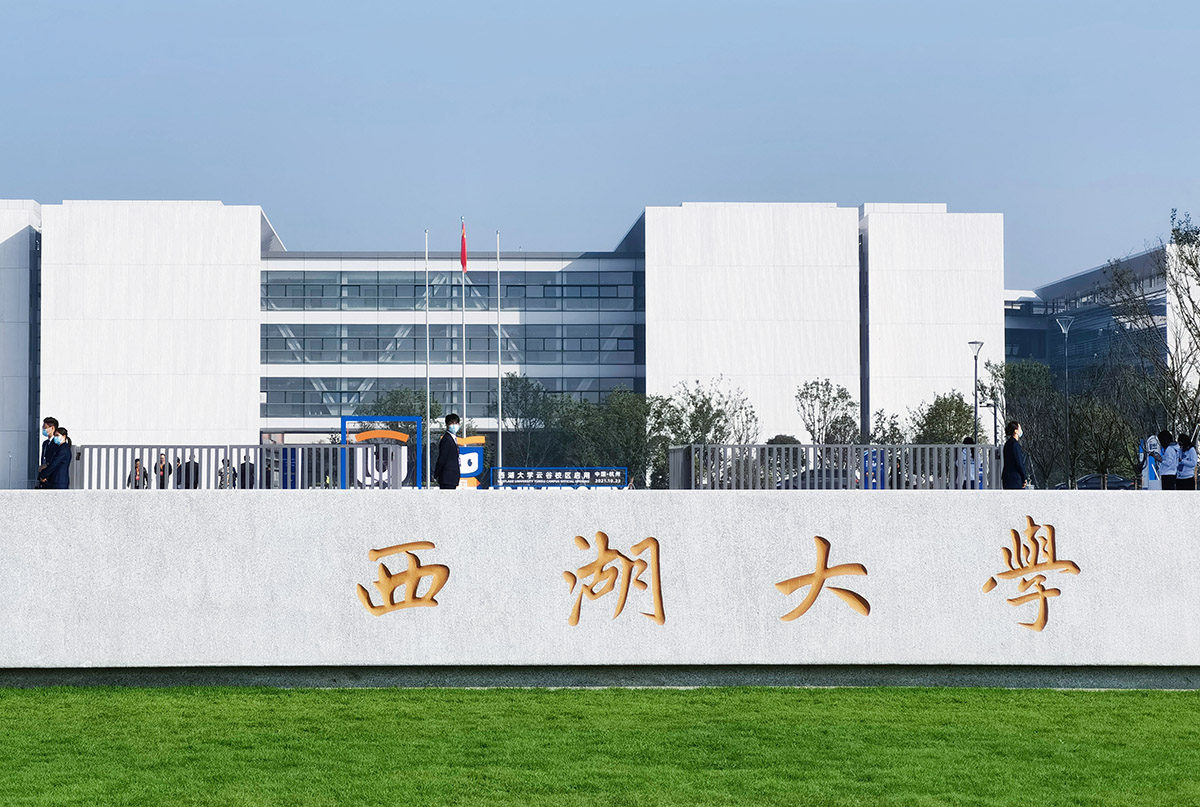 The campus is encircled by a tranquil waterway, bridged by 12 pedestrian and vehicular paths. Like spokes on a wheel, the bridges connect the campus to the verdant Living Loop where freestanding residential buildings for students and faculty are located. Surrounded by shops, restaurants, and sports facilities, the outer ring transforms the campus into a bustling city. 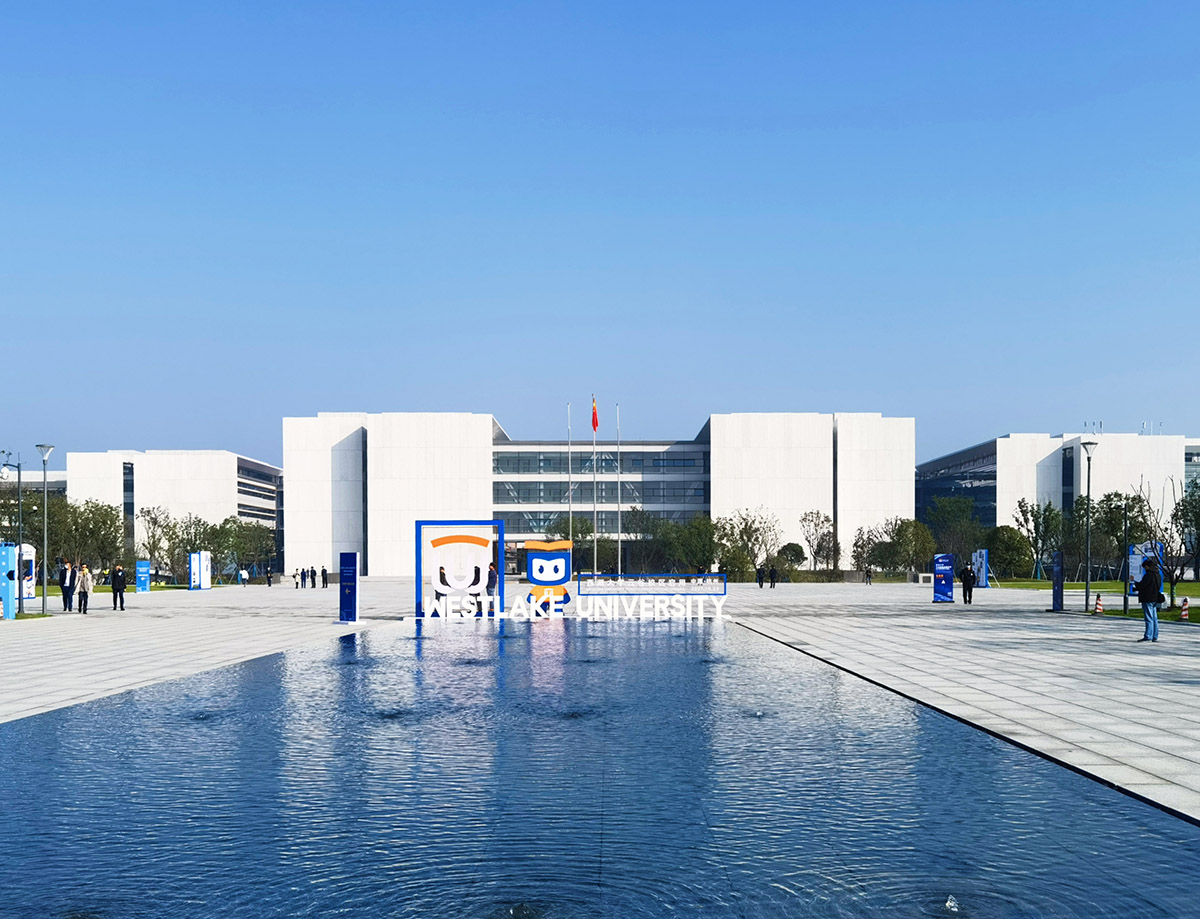 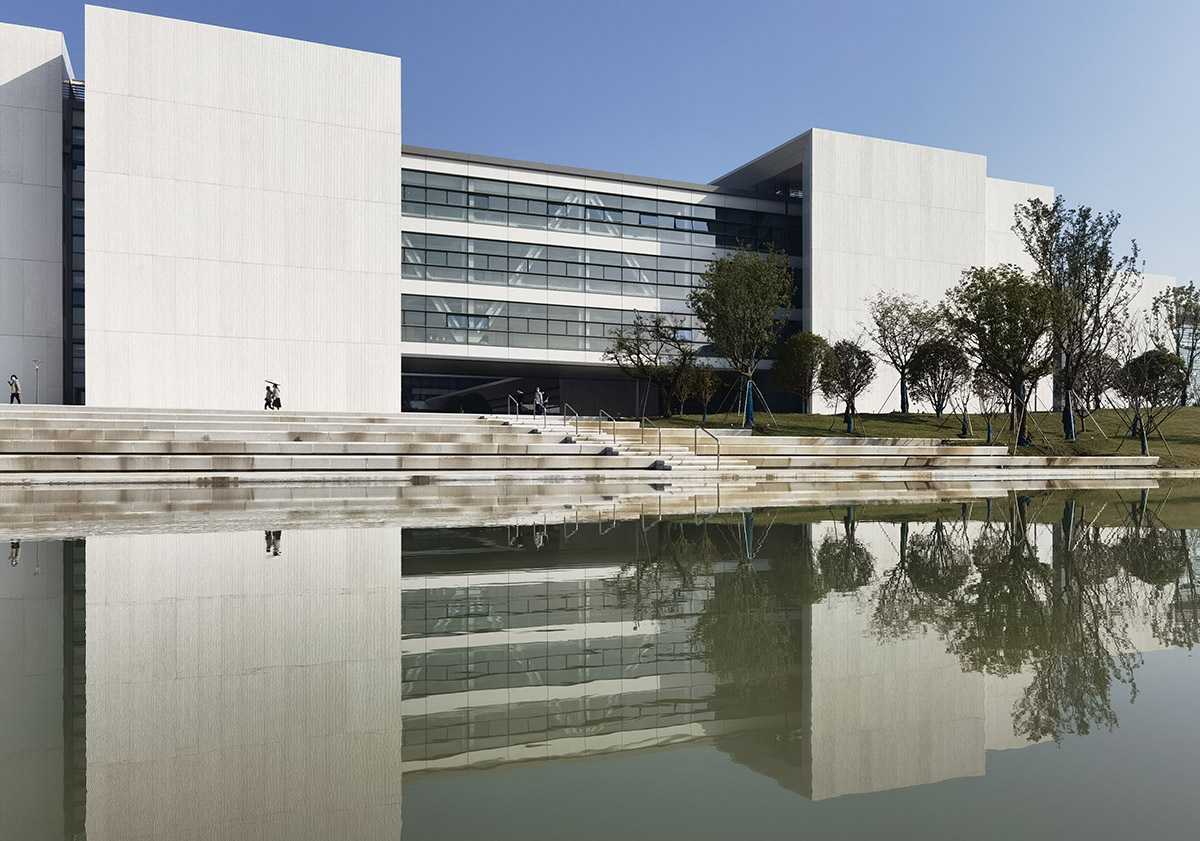 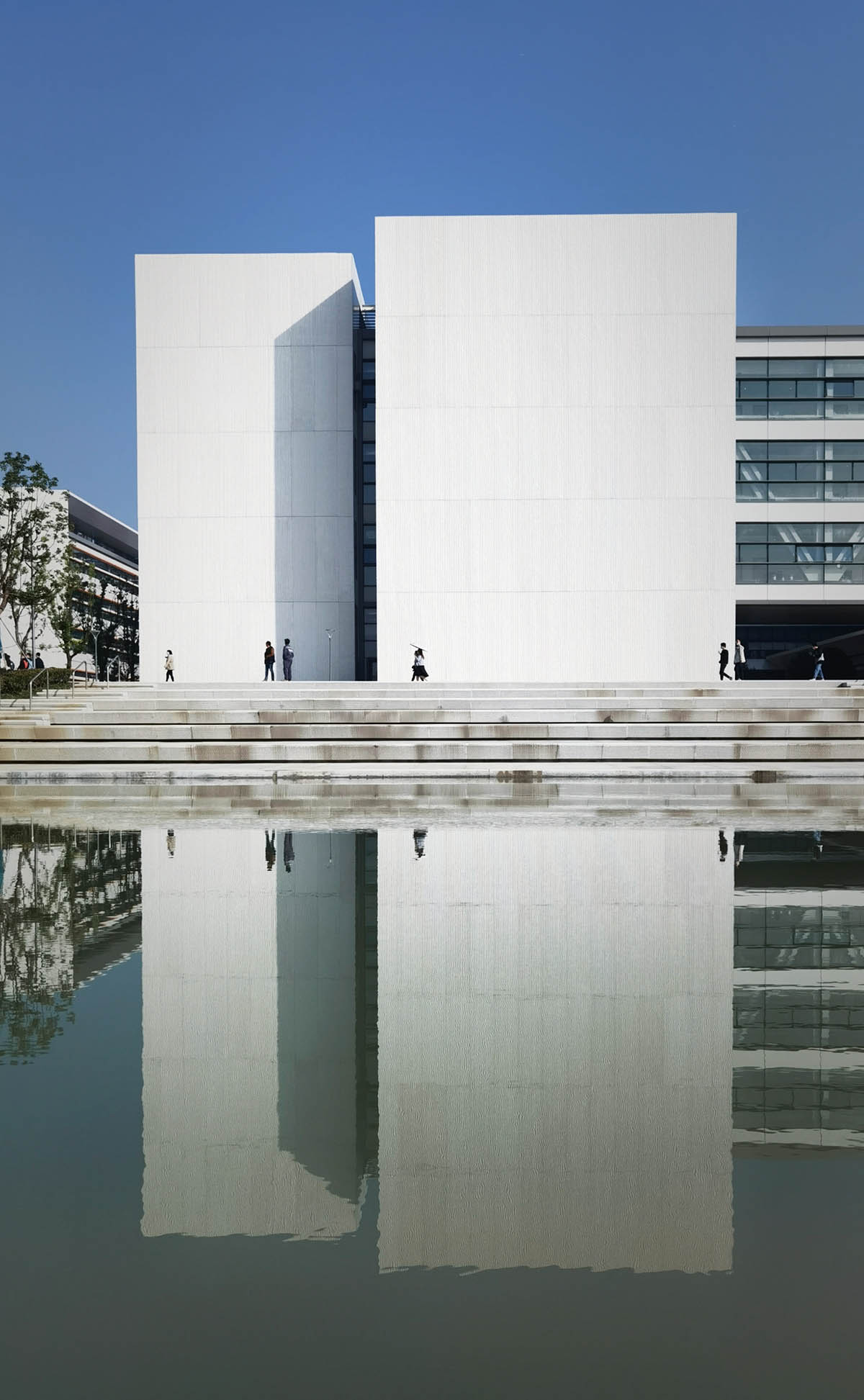 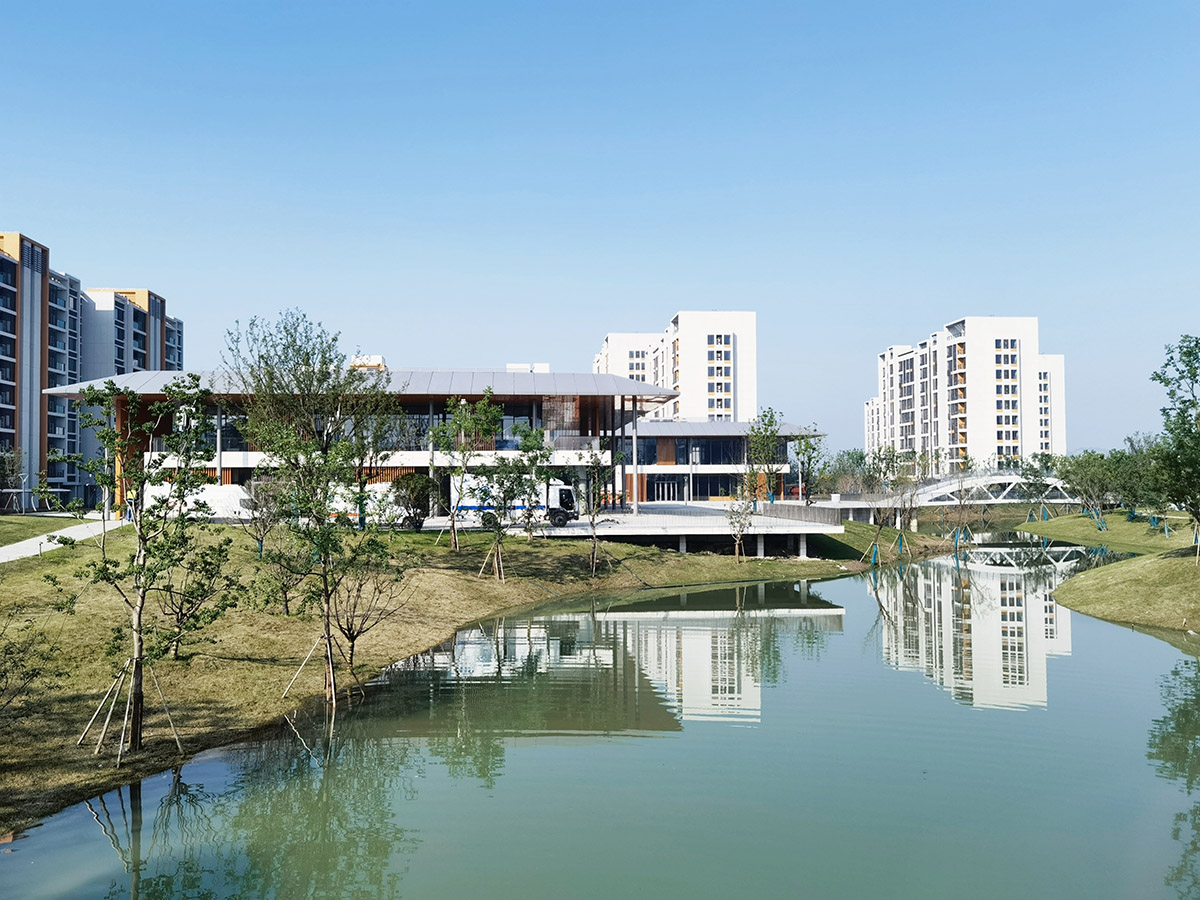 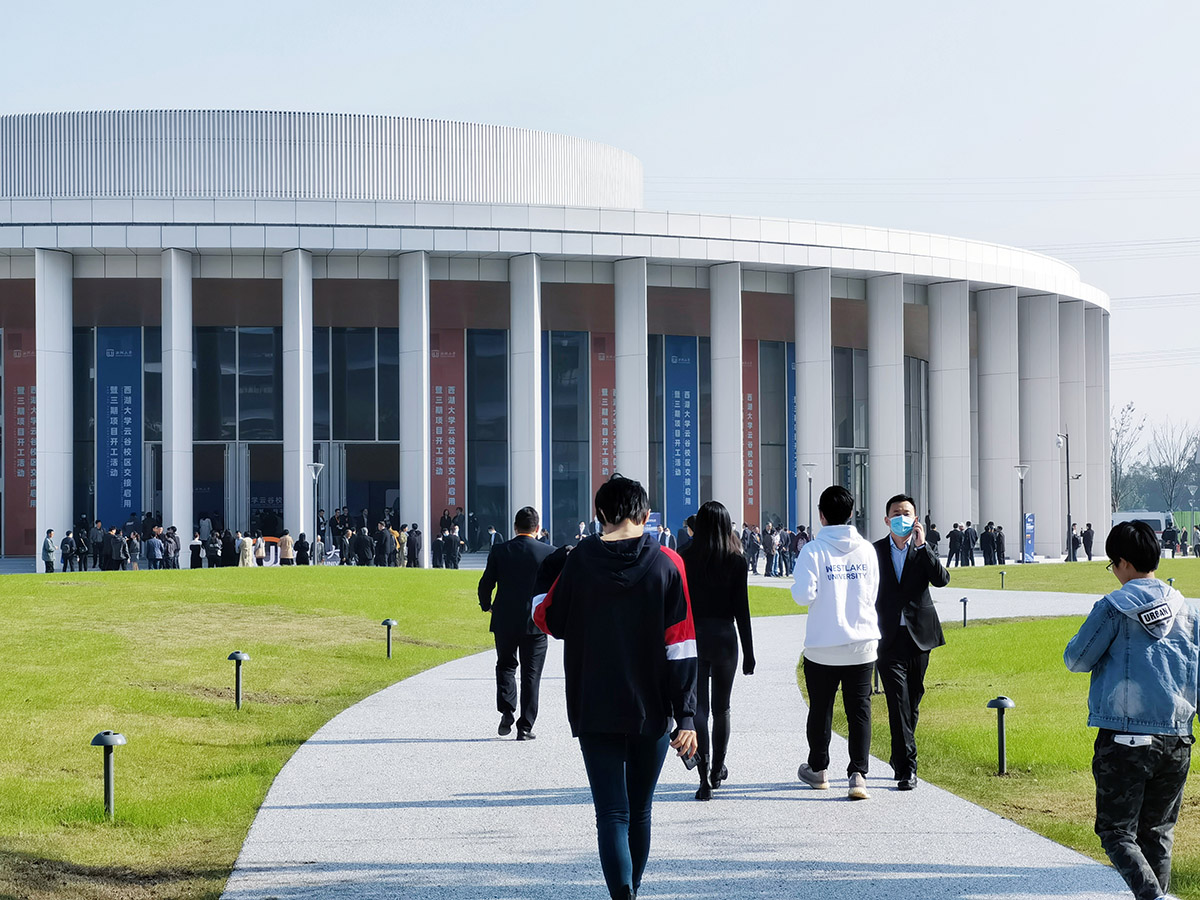 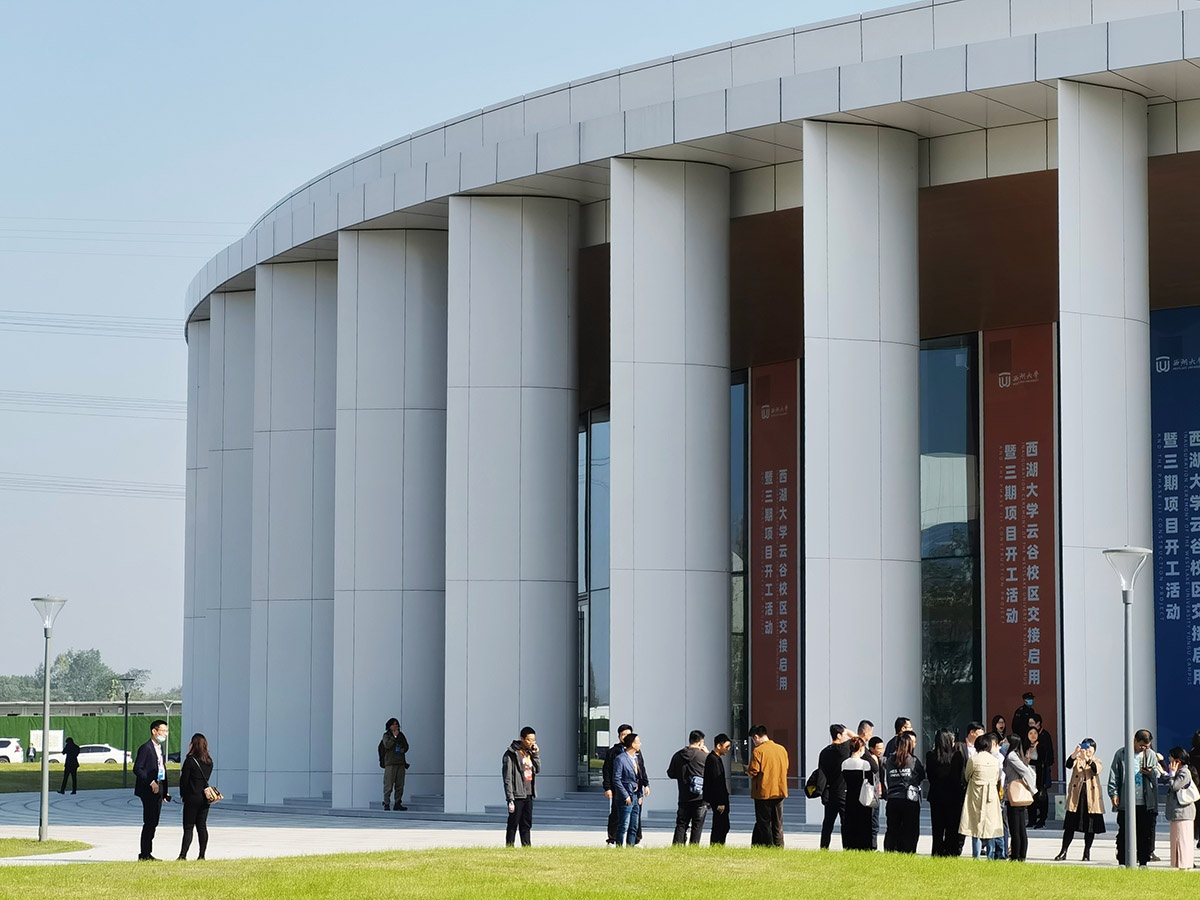 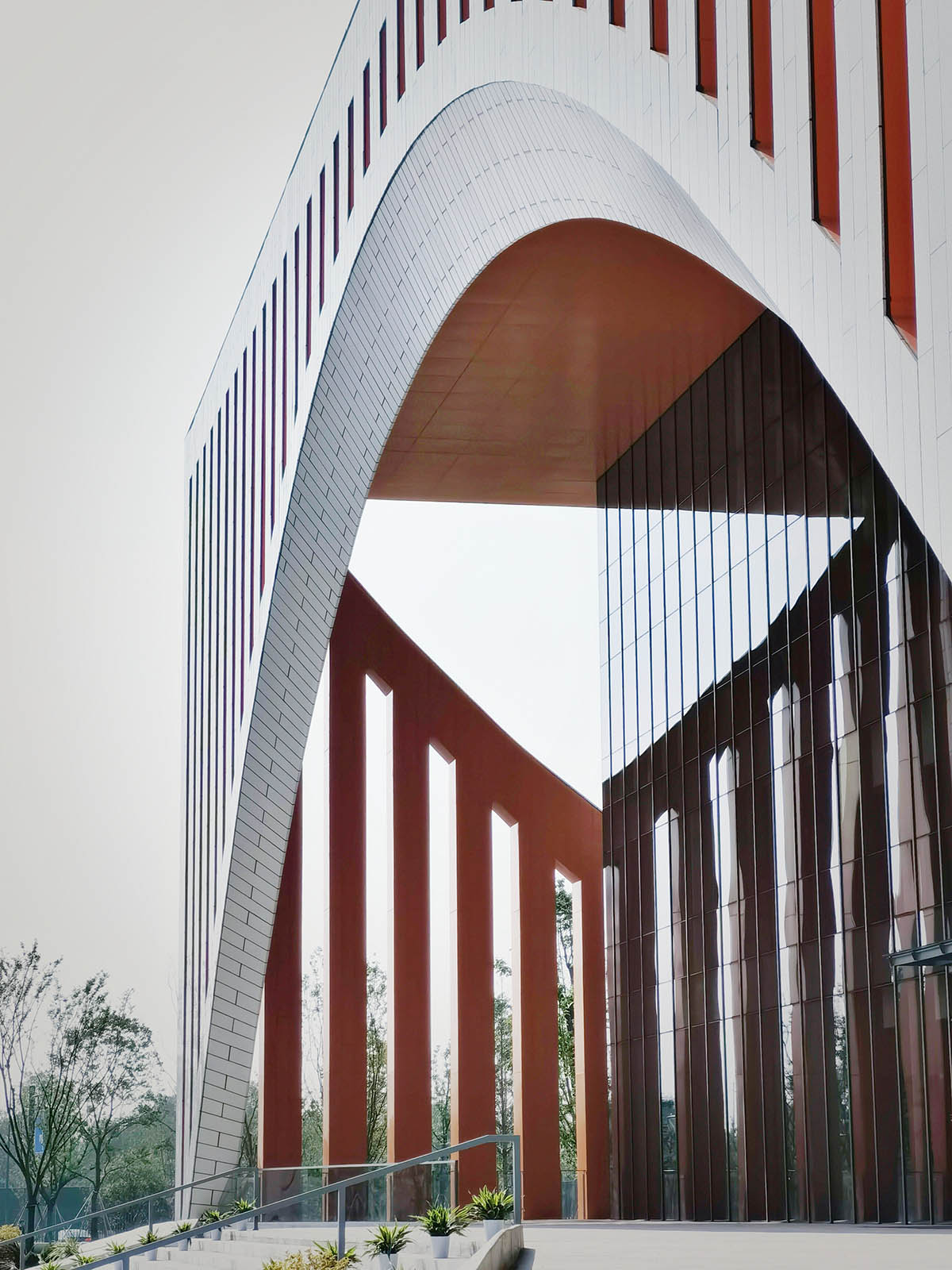 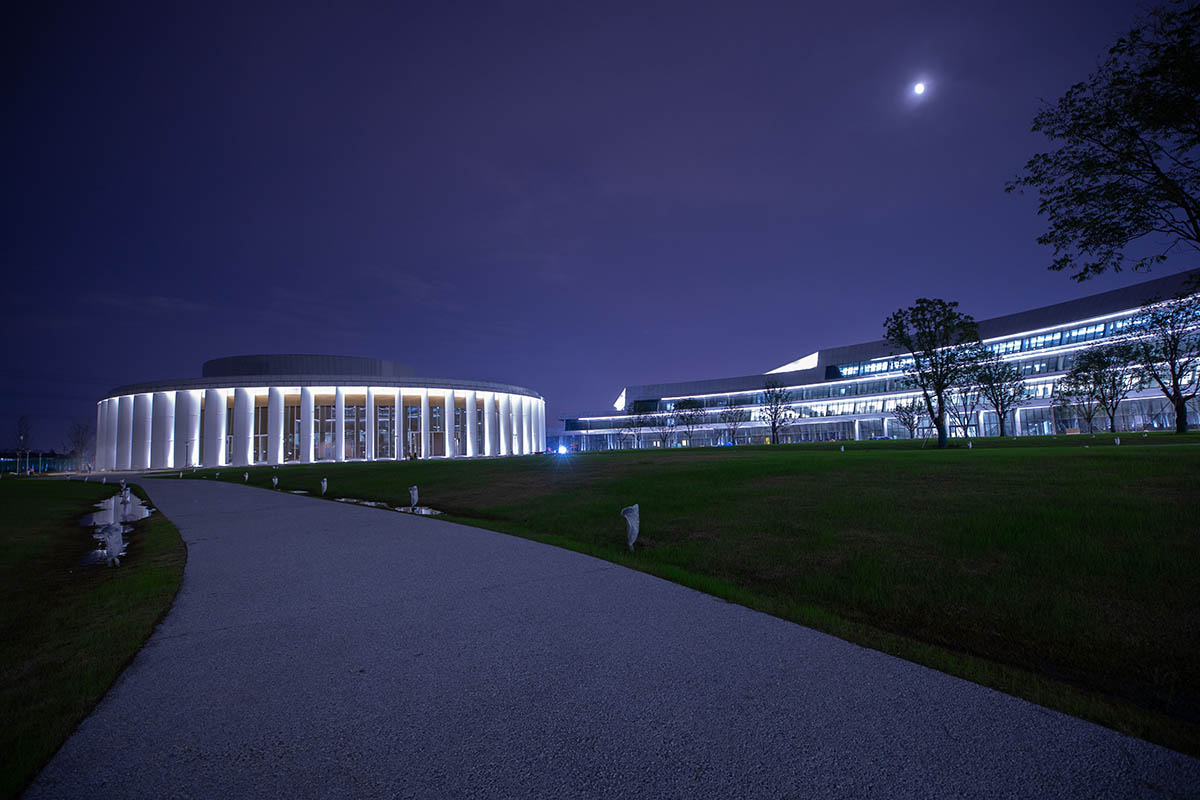 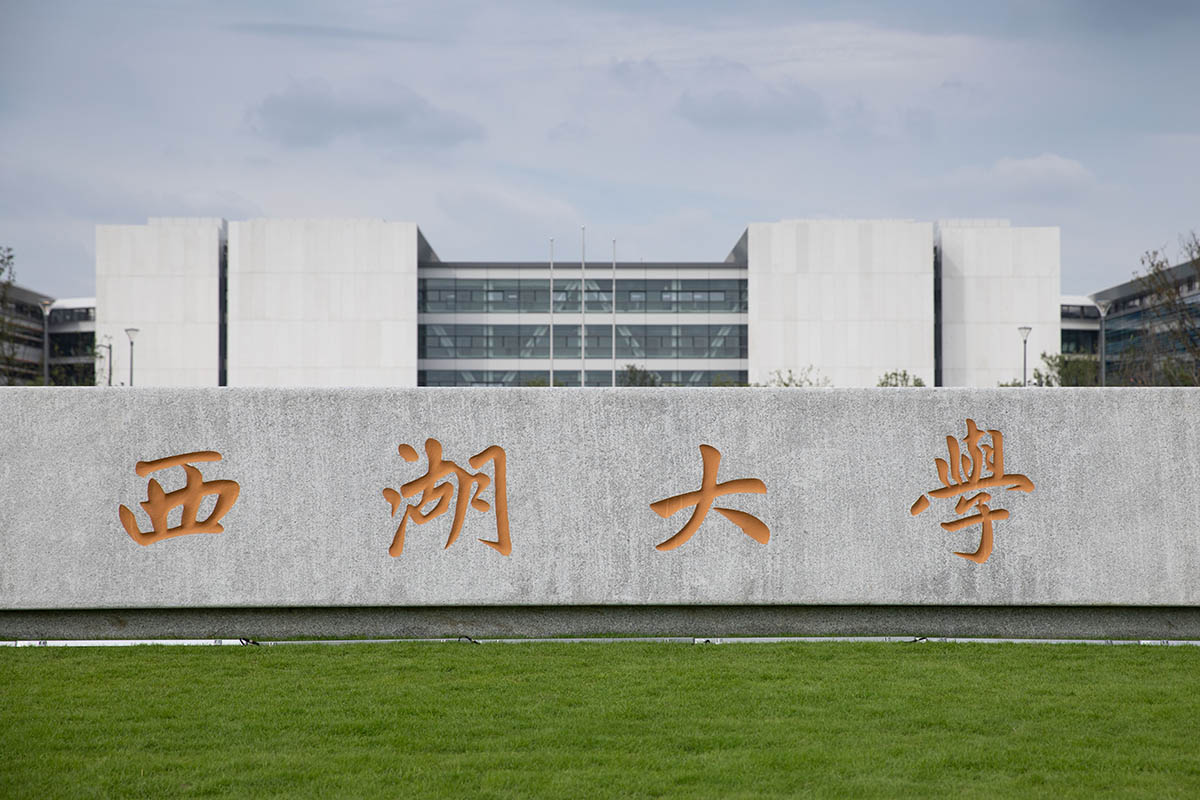 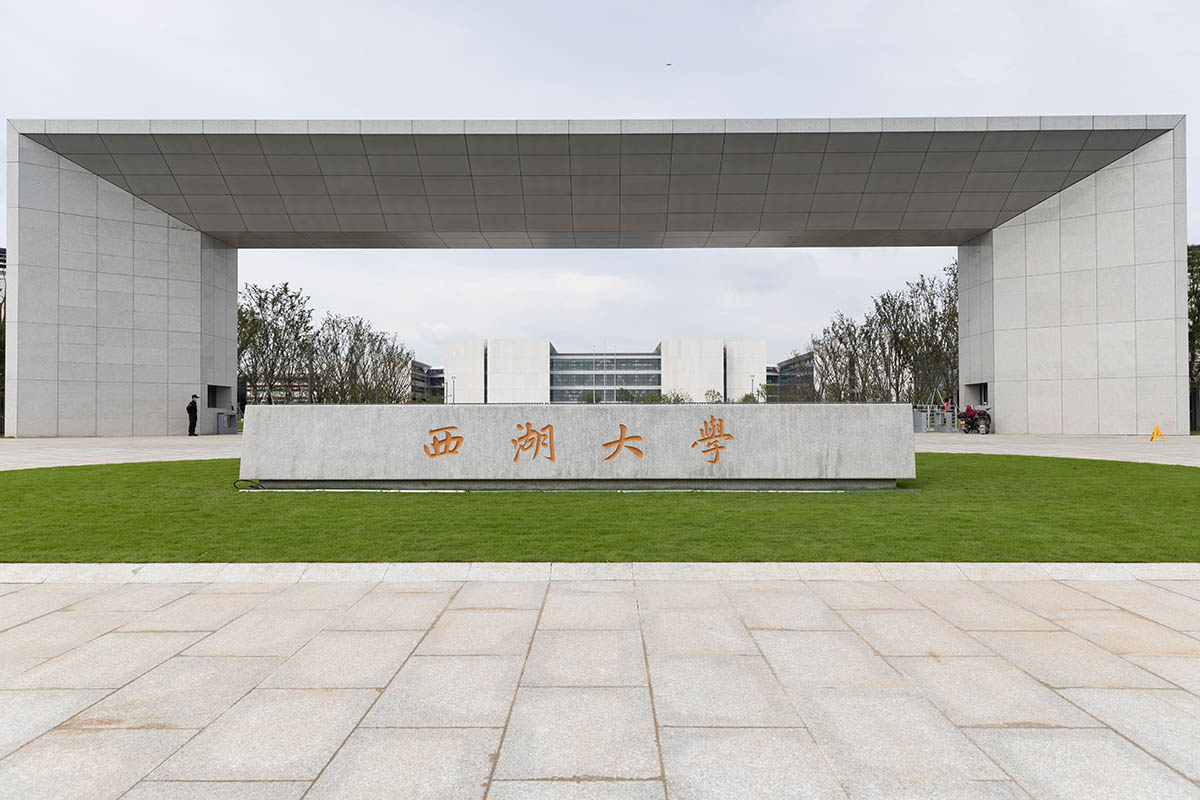 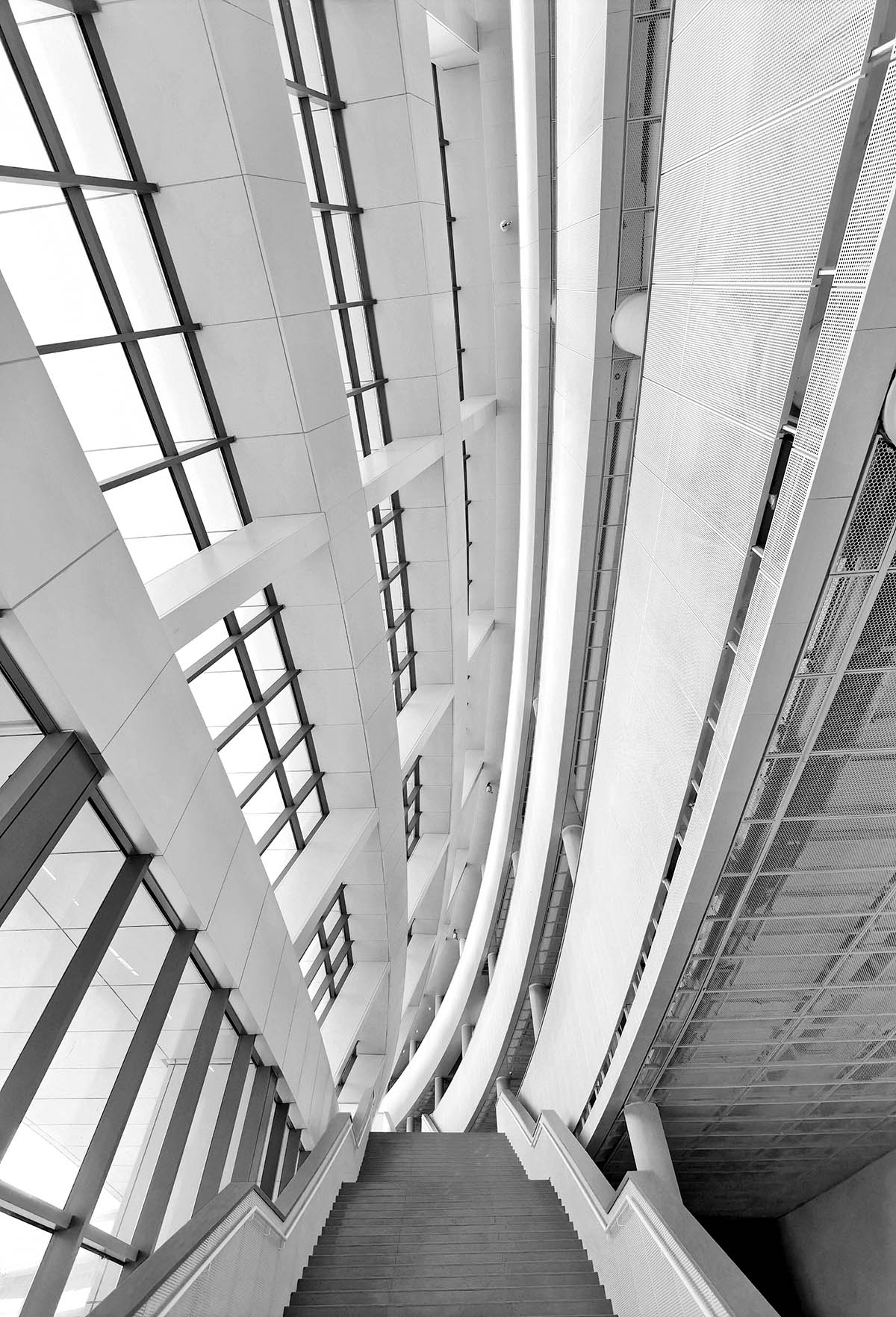 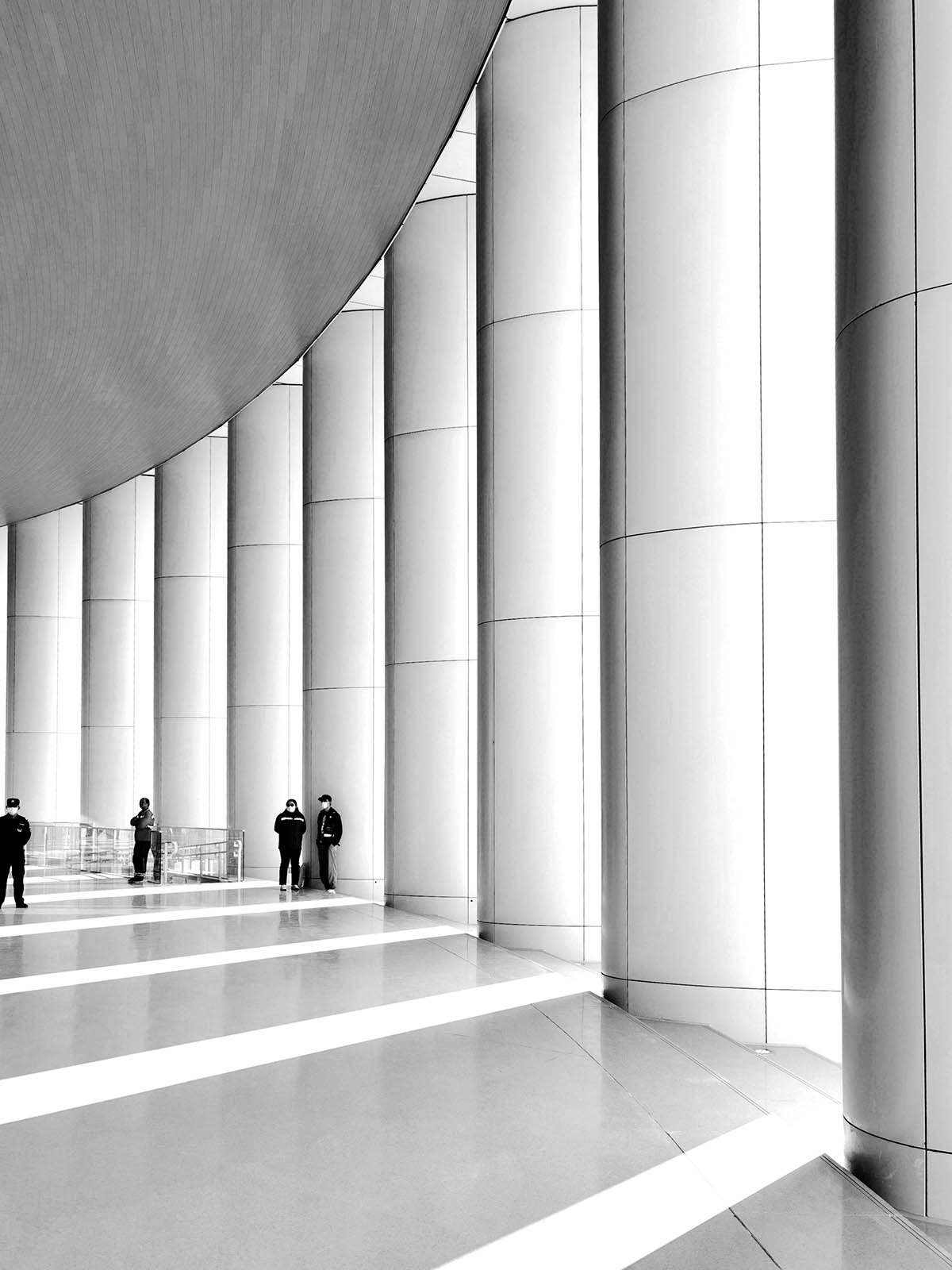 All images courtesy of Westlake University.