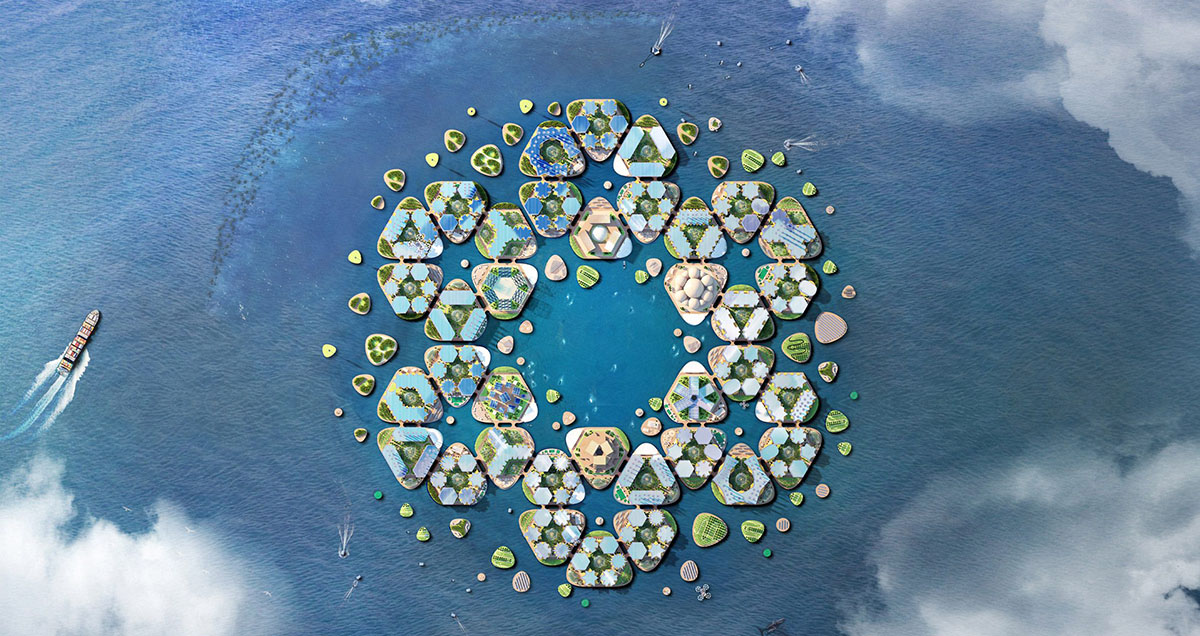 Designed by BIG, the MIT Center for Ocean Engineering and the USA-based Explorers Club, the first images of the prototype were revealed in April 2019 to create the first sustainable and self-sustained floating community living on water.

Now UN-Habitat has announced on 18 November that the Busan Metropolitan City of the Republic of Korea, UN-Habitat and OCEANIX have signed a contract to build the world’s first prototype sustainable floating city in the city of Busan, South Korea.

The announcement came after the annual COP26 climate conference that was held from 31 October to 12 November, 2021 in Glasgow, in response to the climate change, the partners have aimed to innovate breakthrough solutions for coastal cities threatened by sea level rise. 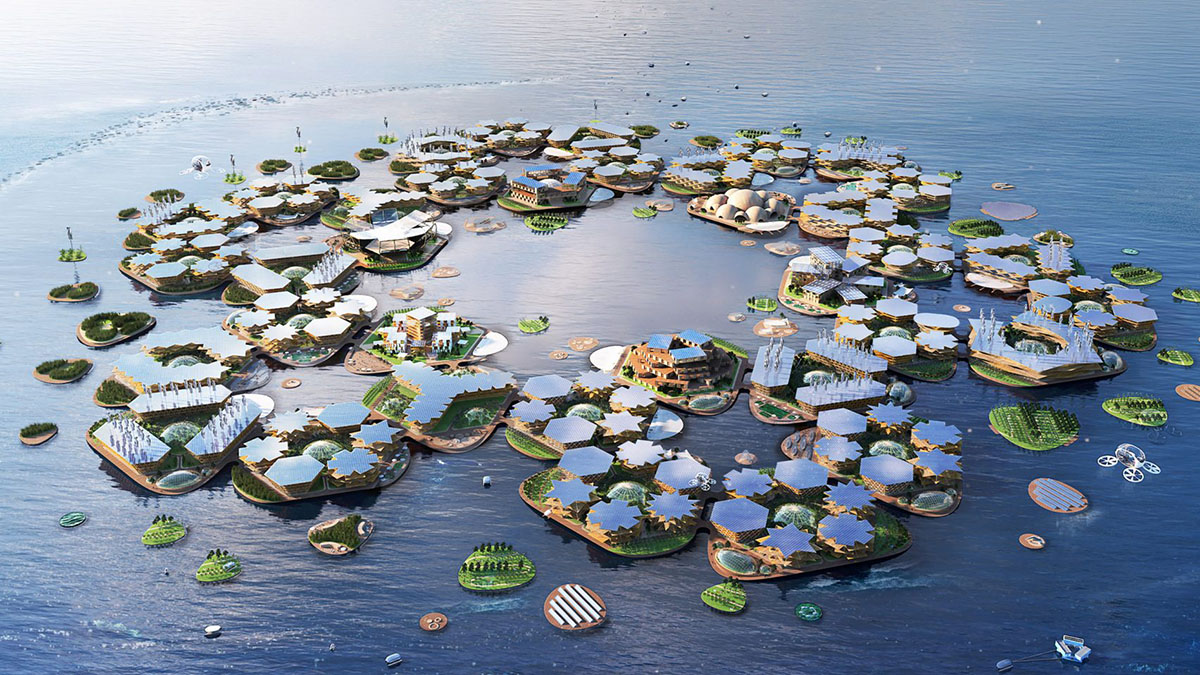 "Sustainable floating cities are a part of the arsenal of climate adaptation strategies available to us. Instead of fighting with water, let us learn to live in harmony with it," said  the Executive Director of UN-Habitat, Maimunah Mohd Sharif, stressing that the battle to achieve the Sustainable Development Goals would be won or lost in cities.

"We look forward to developing climate adaptation and nature-based solutions through the floating city concept, and Busan is the ideal choice to deploy the prototype."

The project, named Oceanix City, intends to achieve to be the next frontier for human settlements, and the possibility of living sustainably and in harmony with life below water. 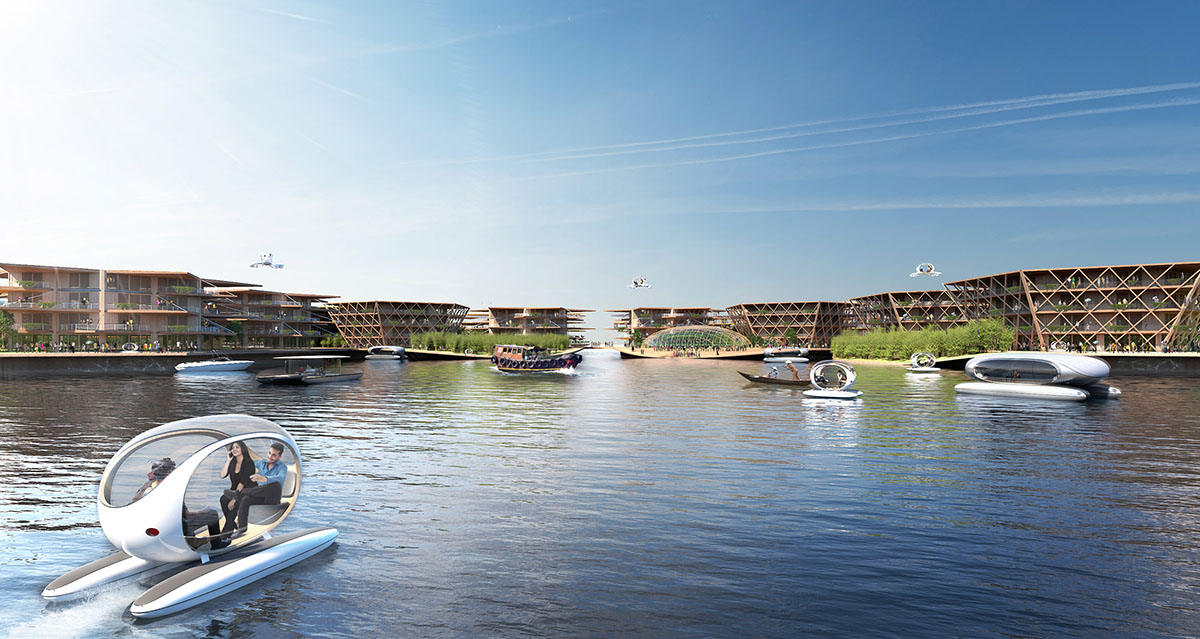 According to BIG founder Bjarke Ingels, the project would provide home up to 10,000 people and could resists against severe weather conditions, while it would produce their own power and food and manage water and the disposal of waste.

The floating island consists of 6-module of villages and the same form of the village is repeated and expanded outwards that can be multiplied on a plan based on 4.5-acre hexagonal floating islands.

Developed as a sustainable, floating prototype, the concept was first presented by BIG and MIT Center for Ocean Engineering in 2019 at a roundtable discussion on Sustainable Floating Cities at the United Nations' New York Headquarters. 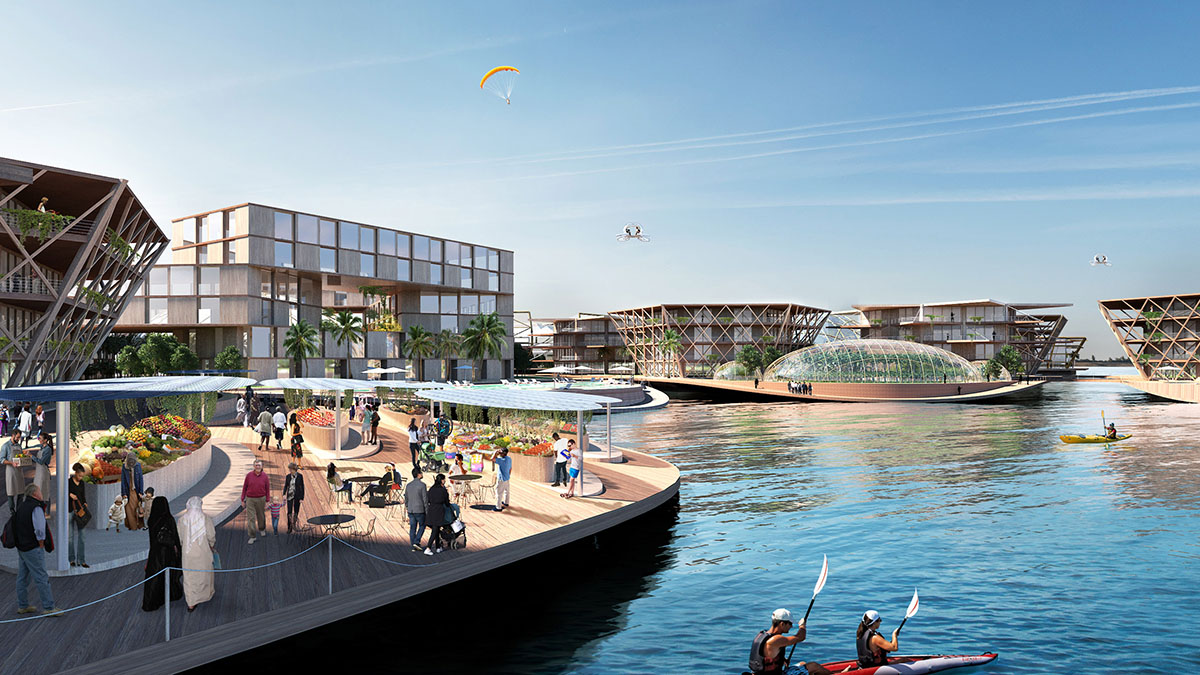 "With nowhere to expand, rapid urban population growth is pushing people closer to the water, driving housing costs to prohibitive levels, and squeezing the poorest families out."

"With the complex changes facing coastal cities, we need a new vision where it is possible for people, nature and technology to co-exist," said Busan’s Mayor Park Heong-joon. Busan is also bidding for World Expo 2030.

"There is no better place than Busan to take the first step towards sustainable human settlements on the ocean, proudly built by Korea for the world," he added. 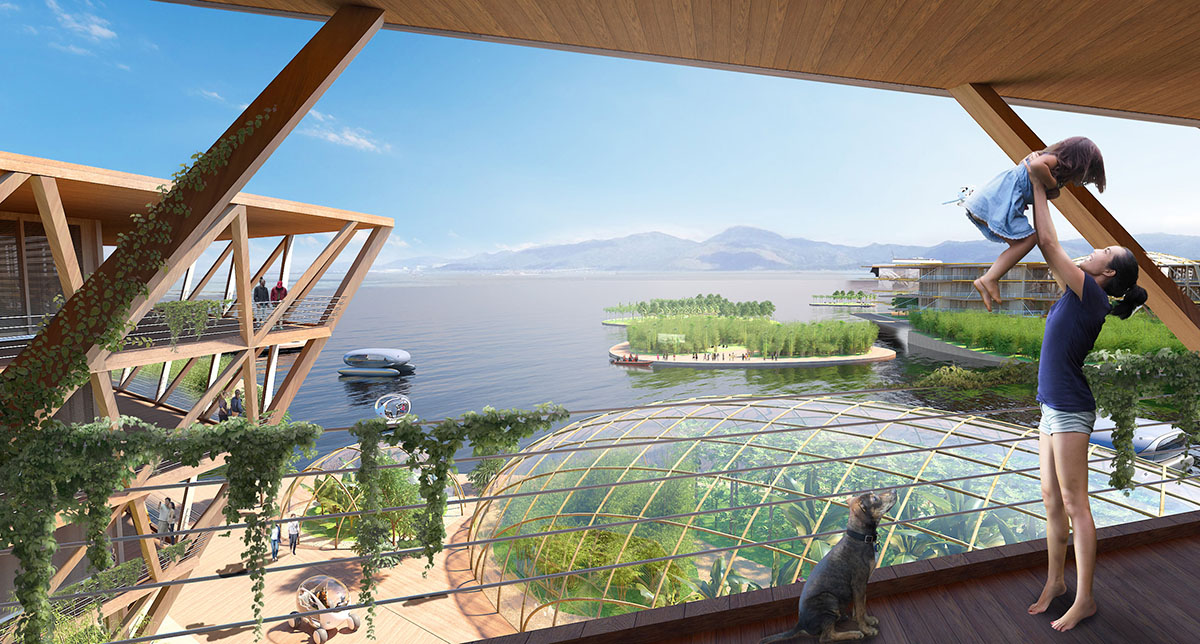 According to UN-Habitat, "two out of every five people in the world live within 100 kilometres of the coast, and 90 percent of mega cities worldwide are vulnerable to rising sea levels."

BIG's floating city is envisioned "as a flood-proof infrastructure that rises with the sea and produces its own food, energy and fresh water with fully integrated zero waste closed-loop systems."

This agreement means that the United Nations has officially approved the concept. Each island will serve up to 300 people and the island will function as a central open port that can serve the community's needs like healthcare, education, spirituality, exercise, culture, and shopping.

Using the "water" as its first major source, the Oceanix City will collect water from the sky, the sea, and even the air, which means the design will collect every drop of rainwater that falls onto the floating city, by also using every paved surface and roof to capture the water and direct toward somewhere it can be stored.

Taking sustainability approaches into the core of design, BIG will use "locally sourced" materials, such as wood and bamboo for the construction of the houses. For renewable energy sources, the studio will also use wind and water tribunes.

"Sea level rise is a formidable threat, but sustainable floating infrastructure can help solve this looming catastrophe. We are excited to make history with Busan and UN-Habitat in ushering in humanity’s next frontier," said OCEANIX Co-Founders, Itai Madamombe and Marc Collins Chen, adding that the prototype would be approached at a hyper-local level, taking into account the rich social, economic, political and cultural uniqueness of Korea as the host country.

Busan is known one of the most important maritime cities of the 21st century, making it a natural choice to deploy the prototype sustainable floating city.

A key goal of the prototype is to cultivate a new generation of blue tech innovators, entrepreneurs, and researchers in Busan by creating a vibrant ecosystem through collaboration between international and local partners.