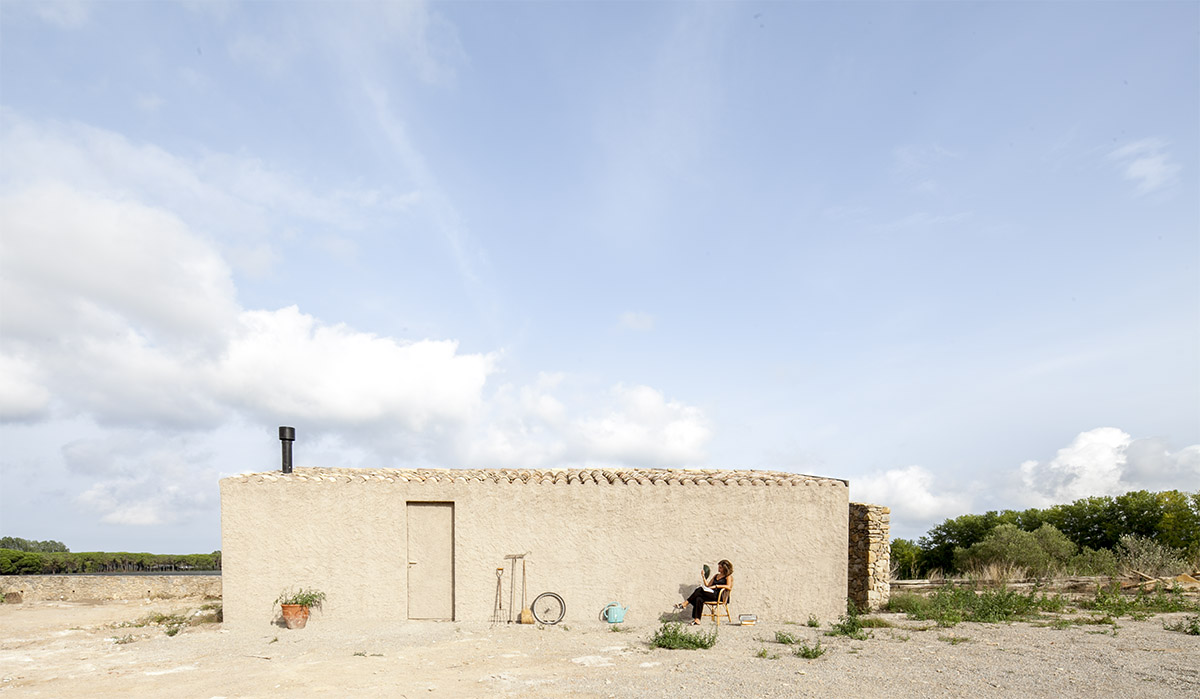 Barcelona-based architecture firm Agora Arquitectura has designed a small weekend home that is hidden behind an old stone wall on top of a small cliff in Baix Empordà, Girona, Spain.

Named The Shelter Of A Wall, the 80-square-metre house is located on top of a small cliff, overlooking a set of fields full of sunflowers.

The site, facing the sea, strongly stalked by the Tramontana winds. It is not a simple house, it is a minimalist shelter that positions itself according to an old stone wall which guards its farmhouse and annex territory in ruins. 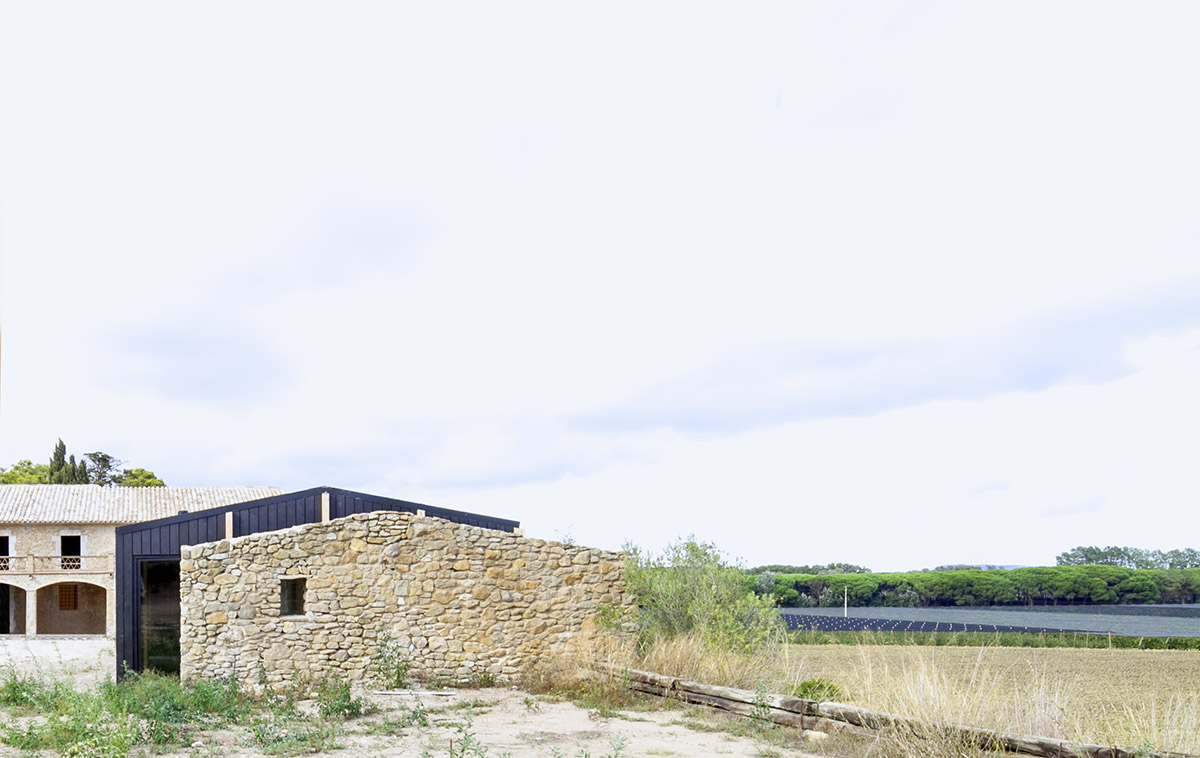 The studio was commissioned to design a house that rebuilds the found pursuing the idea of a place to spend the weekend.

Sheltered by the only wall, the house still stands as the test of time, according to the studio.

The studio places the house as parallel to the wall, which is also protected from outside views - as well as from the hot summer sun and the cold winter wind. 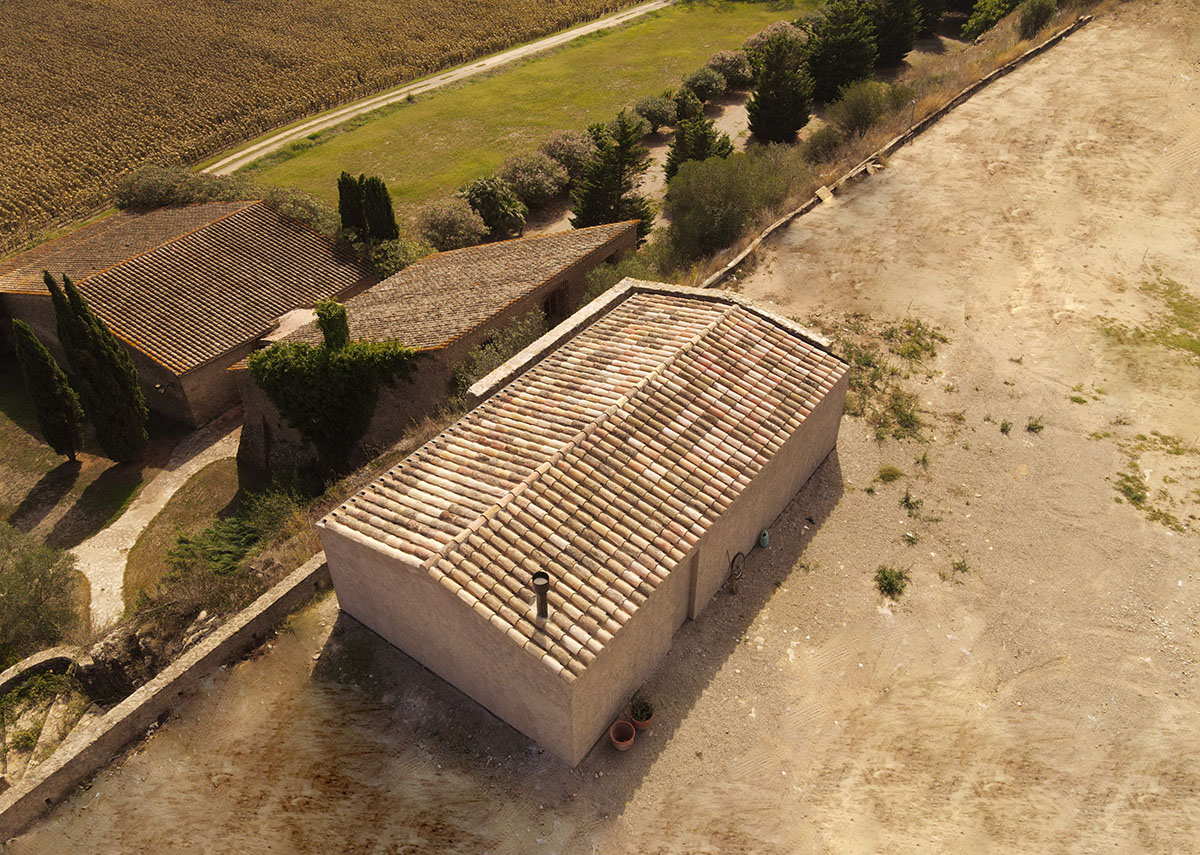 The house consists of two rooms at the back side of the home, which are placed parallel to the short side of the old wall. Kitchen and living room are designed as an open and flexible space, while the two toilets are designed in the center as a black box.

Kitchen cabinet is designed as a single surface made of black wood.

"One facing South, looks out at one end of the wall. Another with South and East orientation, penetrates the center of the wall, through a small window that allows connecting different times on the horizon," said the studio. 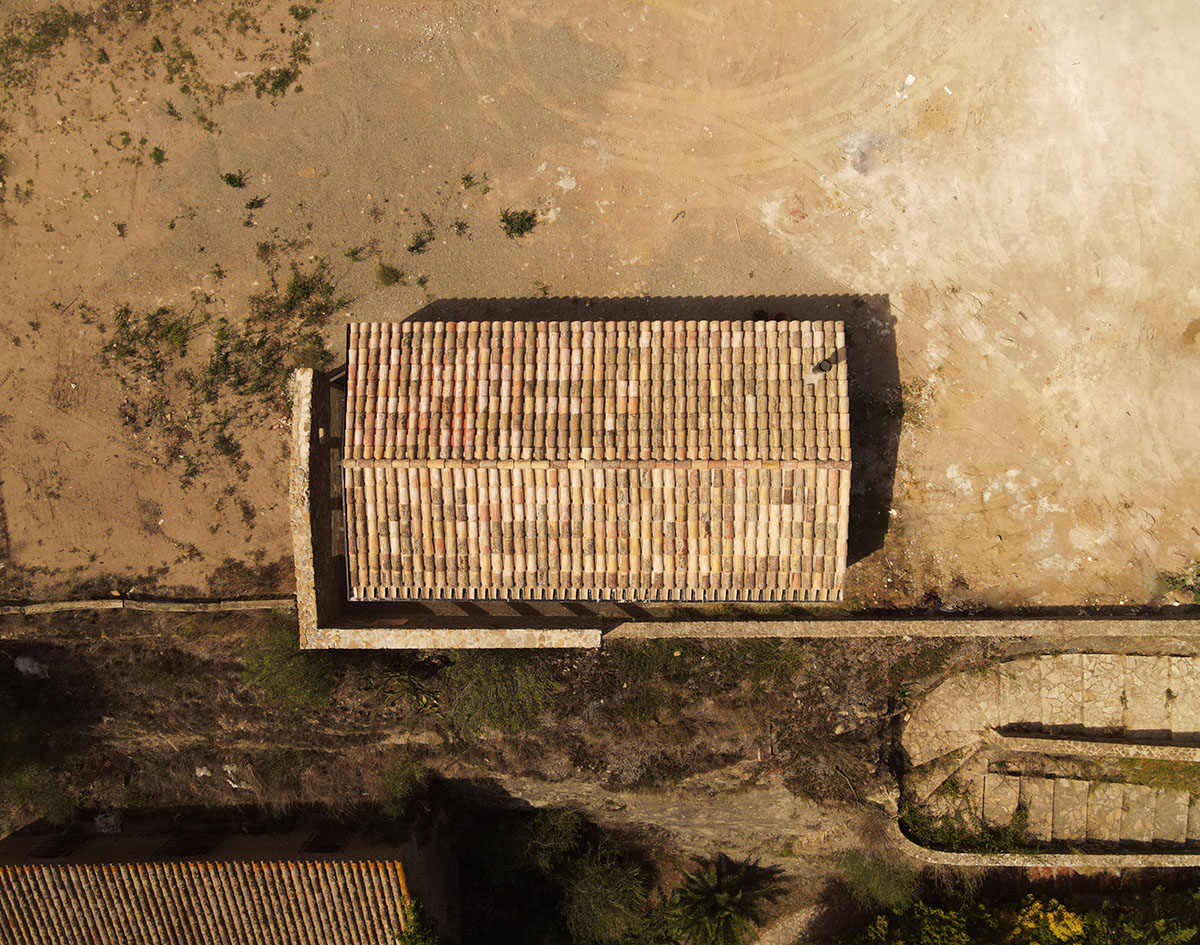 After the wall, the main room appears dominating the views, the main room flows freely in the central part of the house, and a black box contains all the domestic services.

Two bathrooms again reveal the context, through the reflection of the mirrors and glazed tiles. Competing with the views of the living room, the kitchen adds to the resource of the bathrooms, taking advantage of the polished marble. 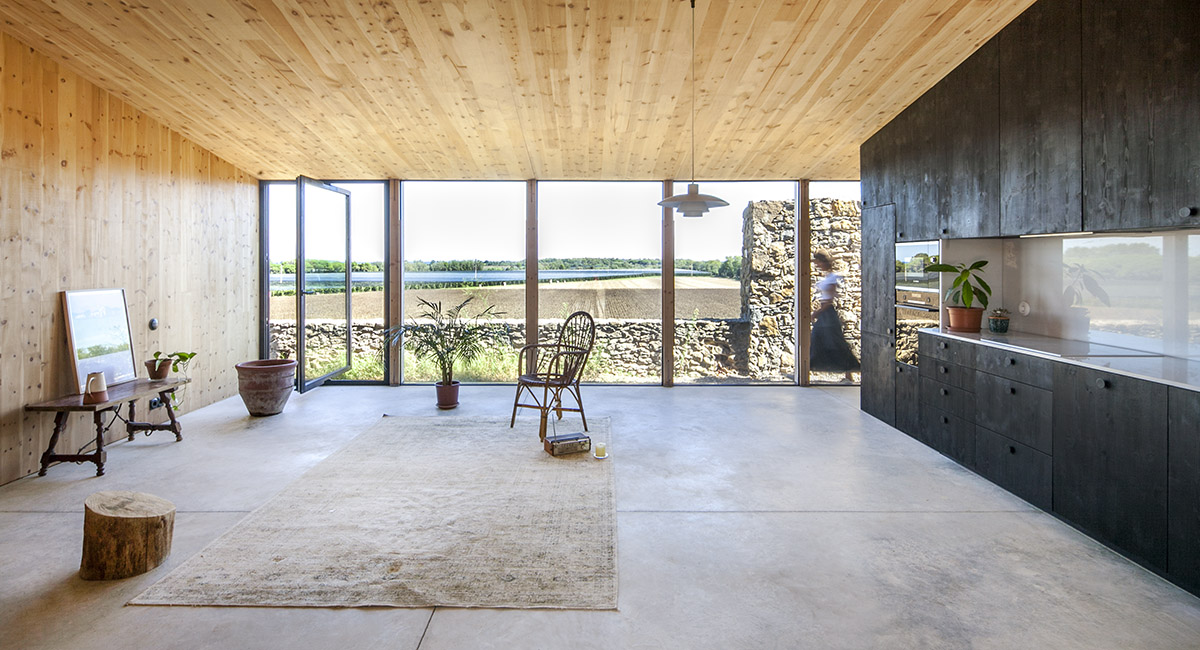 The architects built this house in only 90 days. According to the architects, "in reality, everything is explained in a small 80cm offset that separates the traces of the old building from the new one."

"The subtle dislocation, avoids taking off the old construction in the execution of the new one." 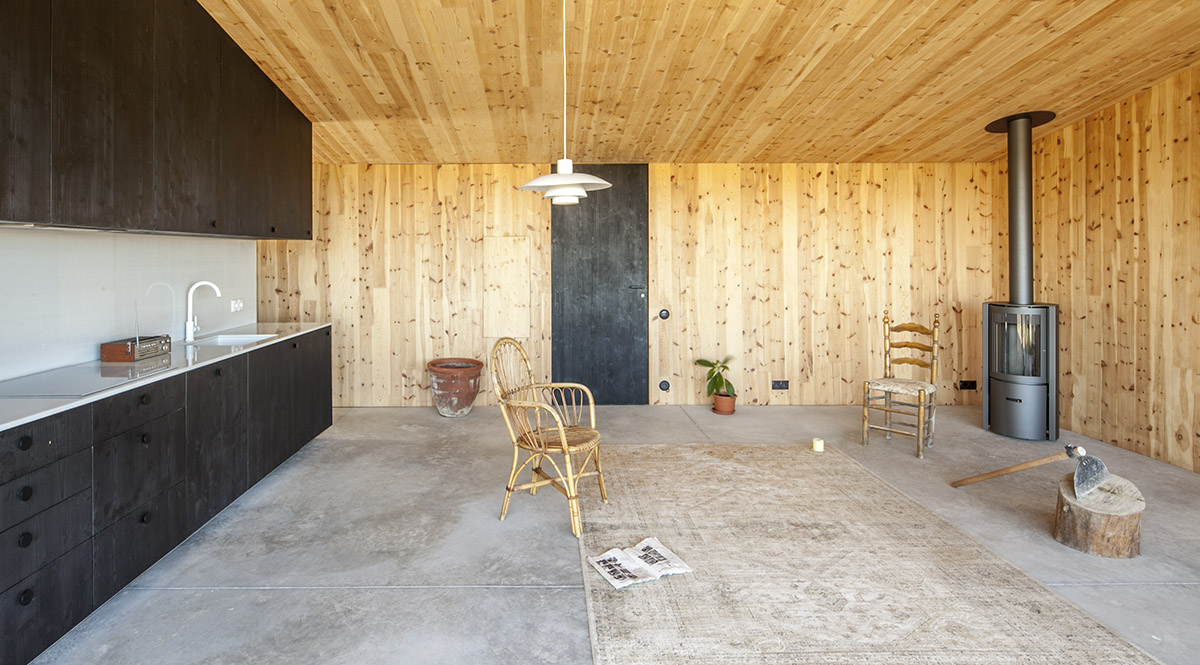 However, the old wall allows to stabilize the new home by giving space to a dry stone backing, which uses loose rocks from the excavation of the exposed slab.

"But above all, it forces us to constantly wander between limits that indeterminate the presence of both realities," added the studio. 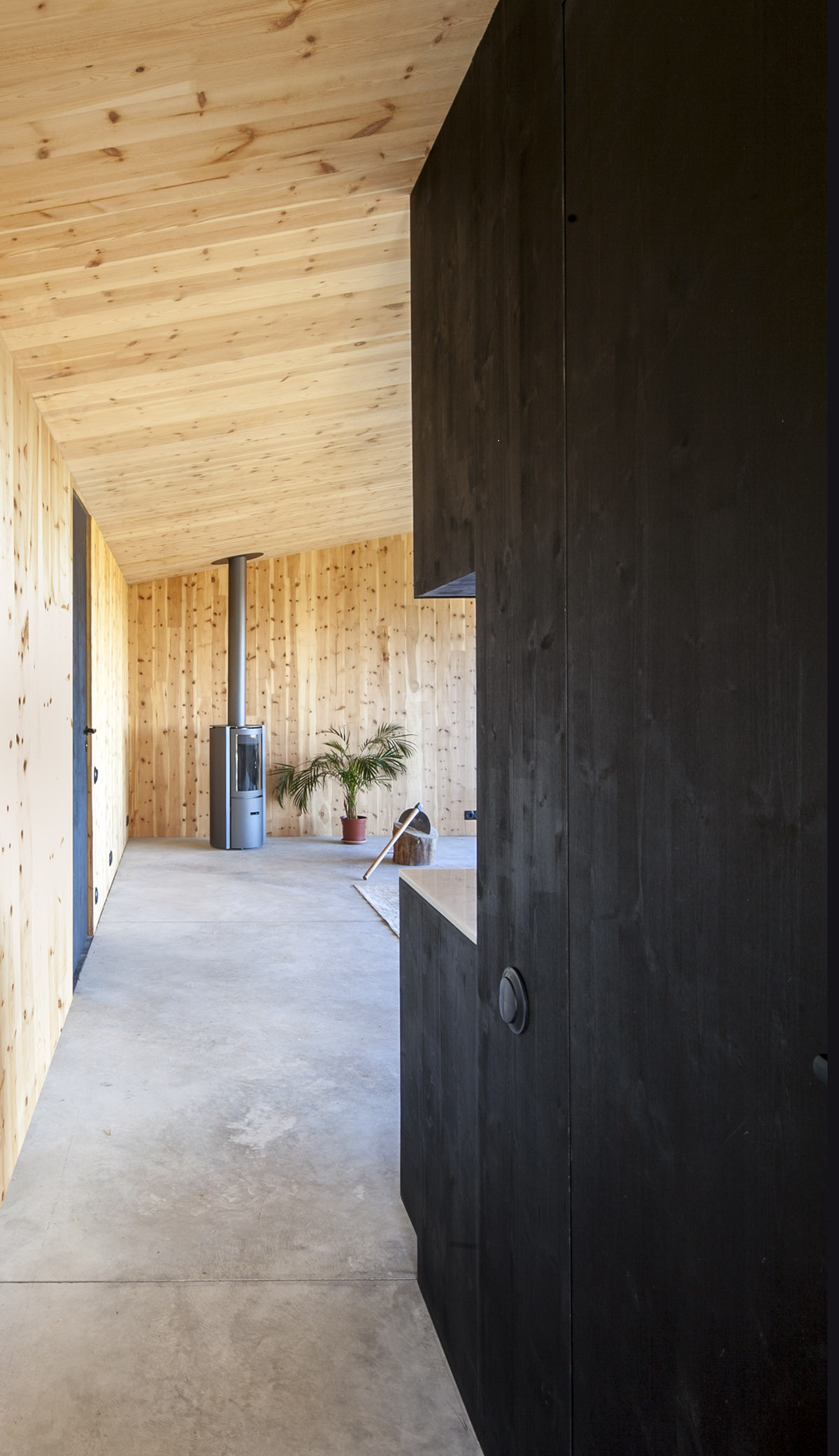 In the same direction, the architects used 11 prefabricated wooden pillars on the base, parallel to the existing wall. The new home is a vertical structure that, through transparency and slenderness, stands capable of recomposing the ruin. 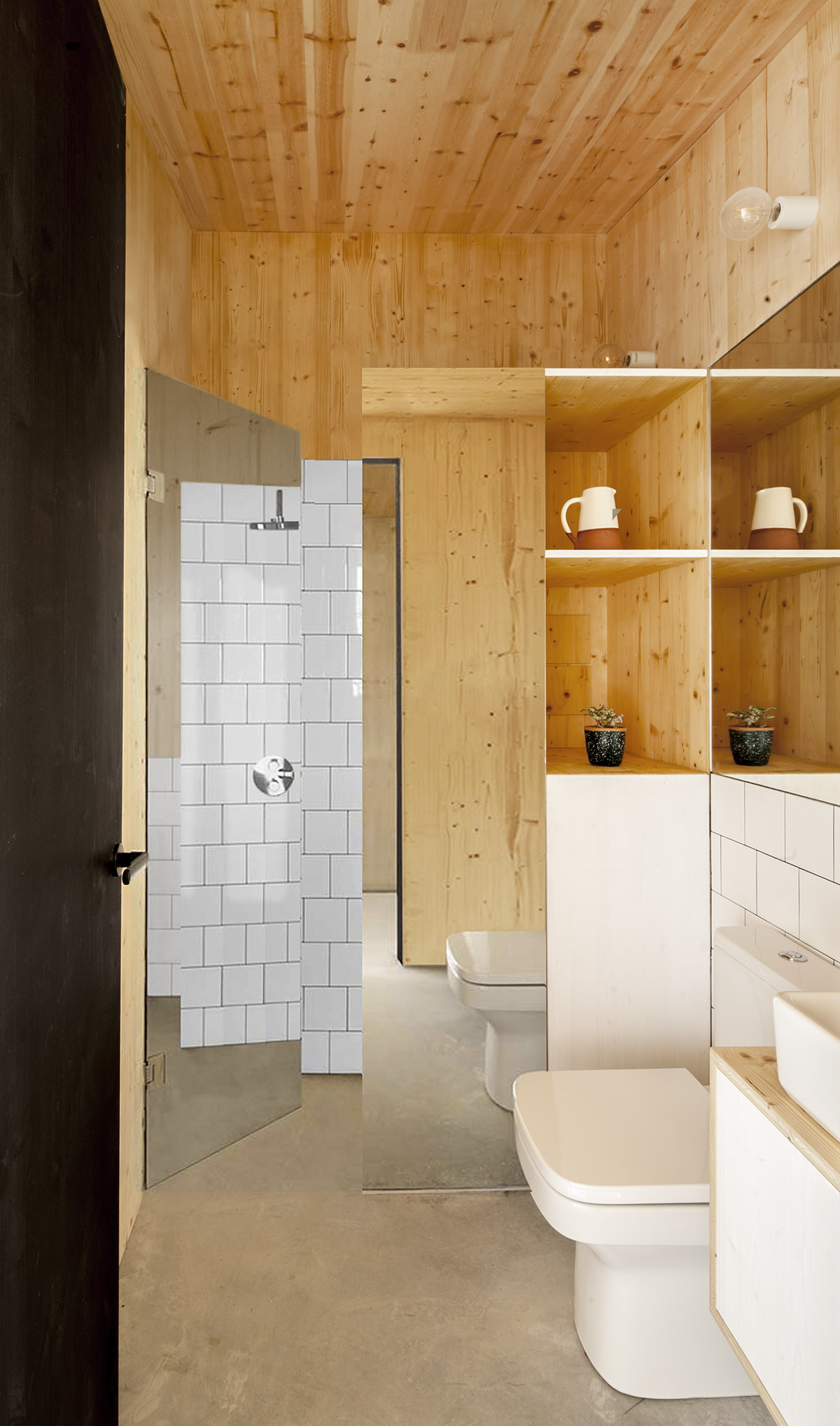 On the opposite corner, a new wooden shelter completes the vertical and horizontal enclosure of the new house. This time it is a continuous shell built in CLT. In its horizontal, a set of old tiles from the environment can be seen reused.

In the vertical, the trowel of a local bricklayer, again throwing coarse sand mortar. In a productive mimesis with the elements that actually build the place. 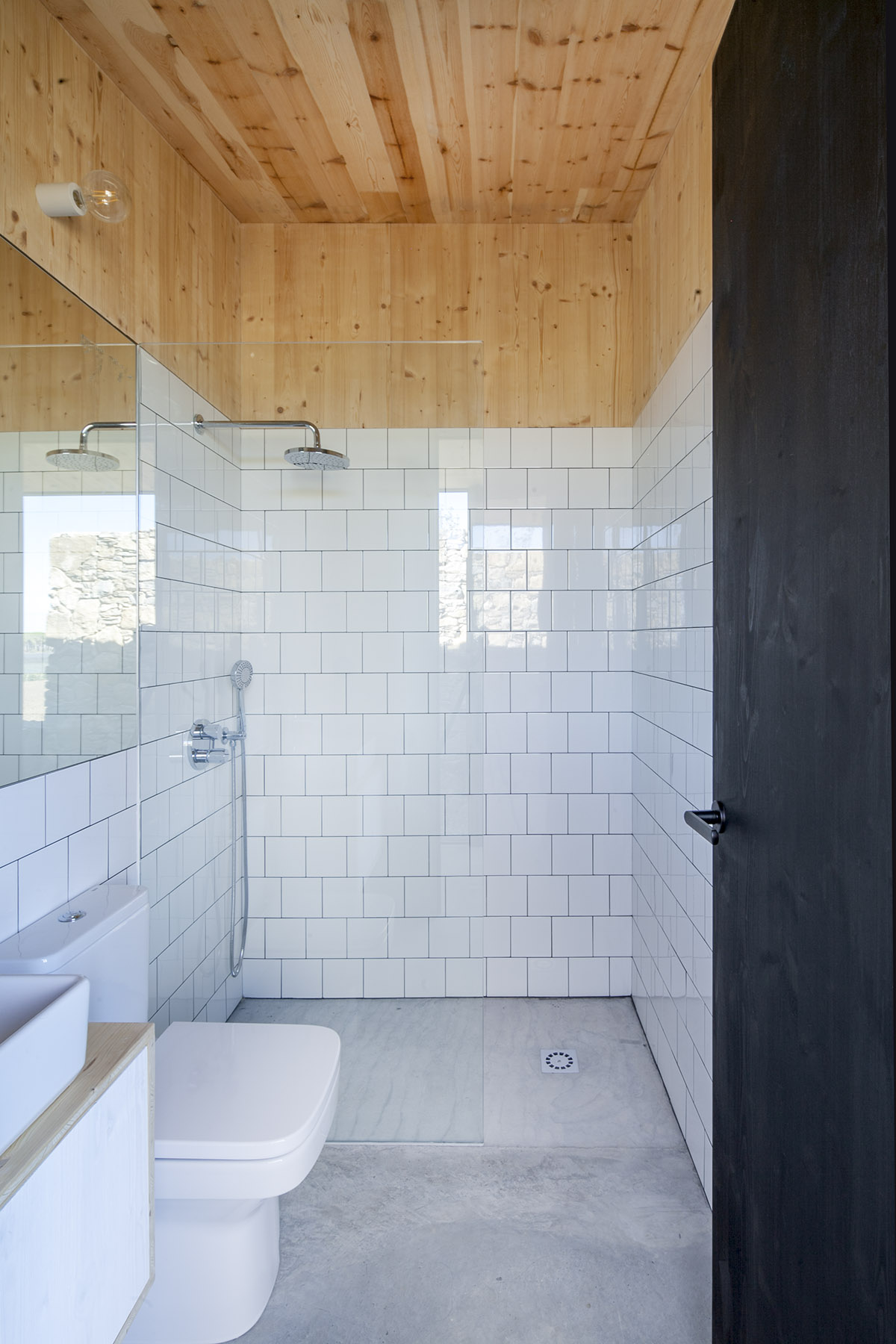 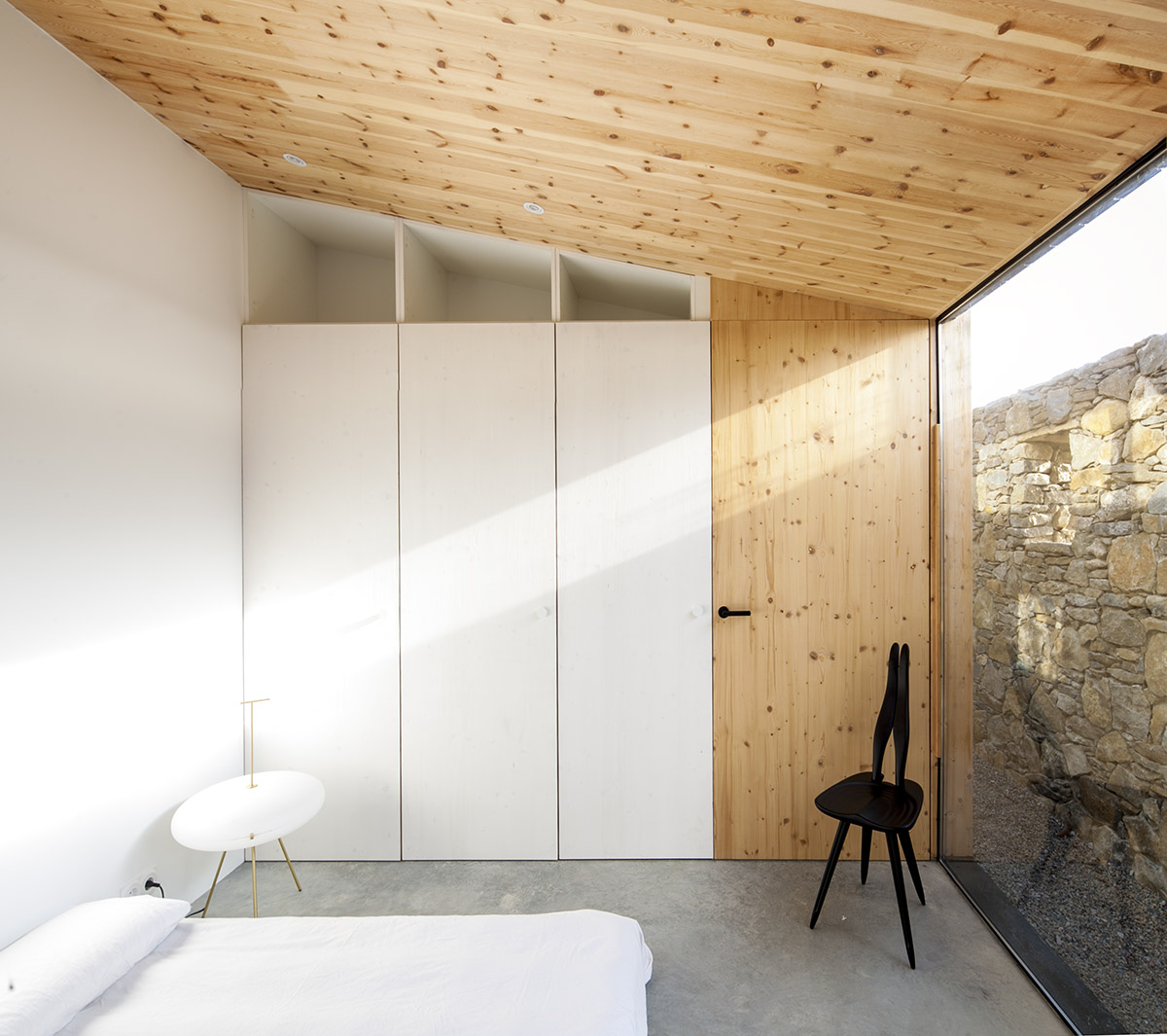 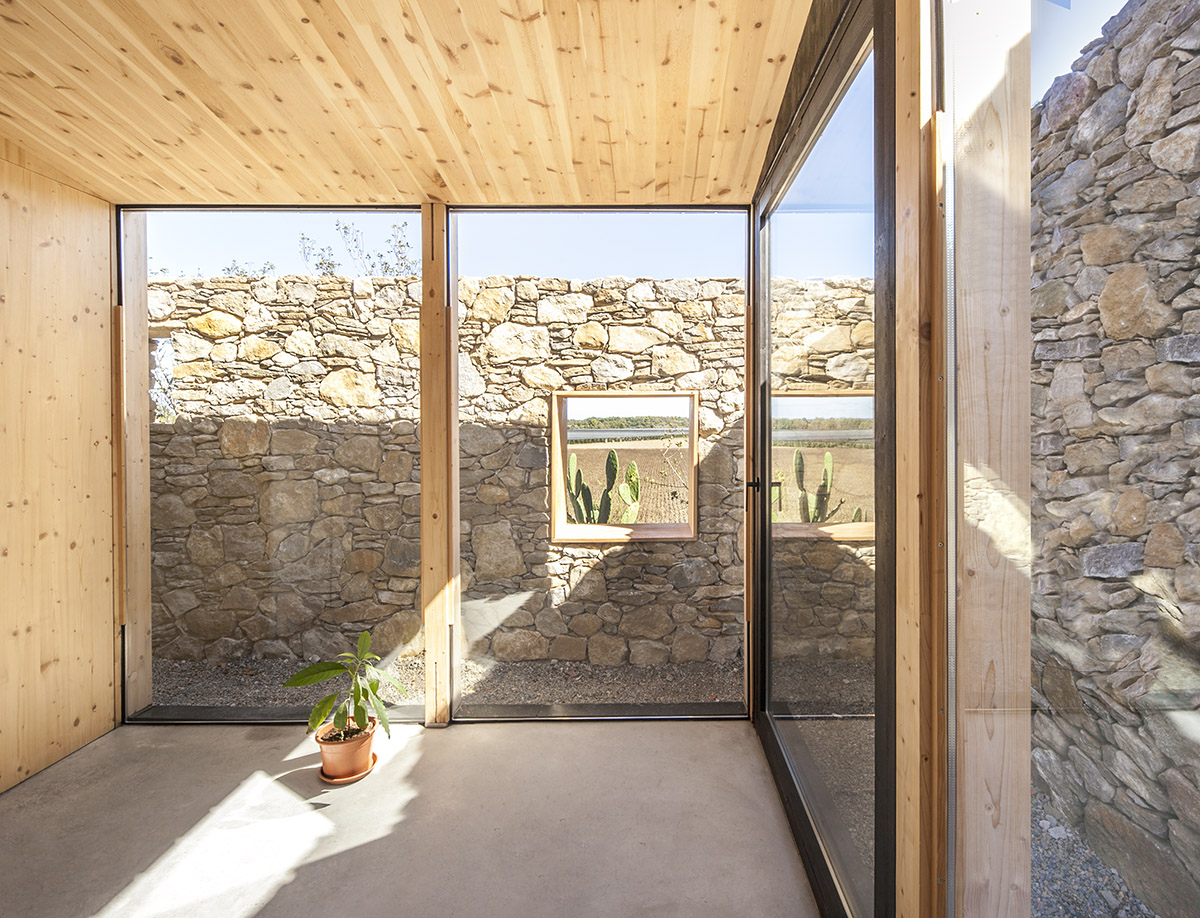 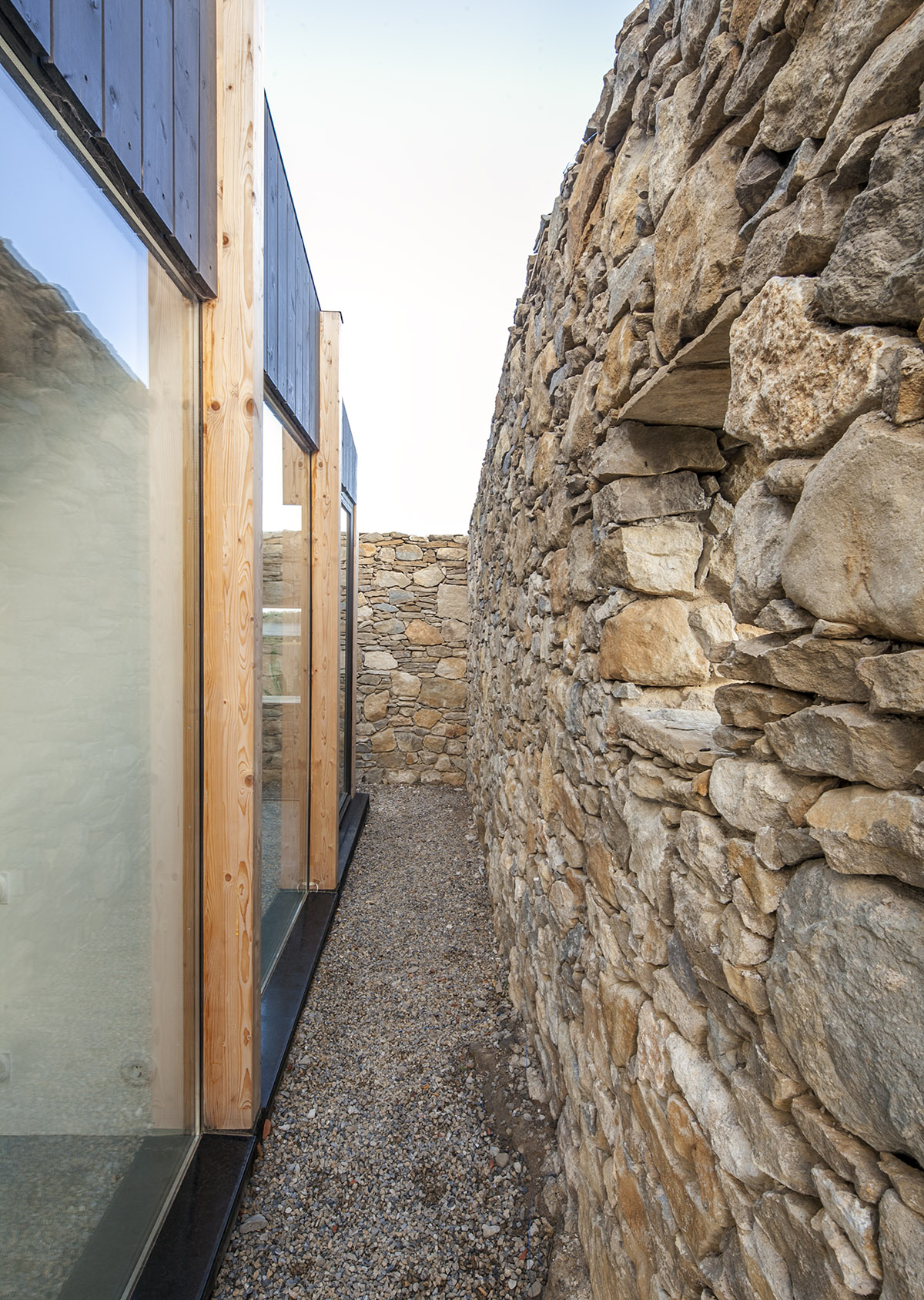 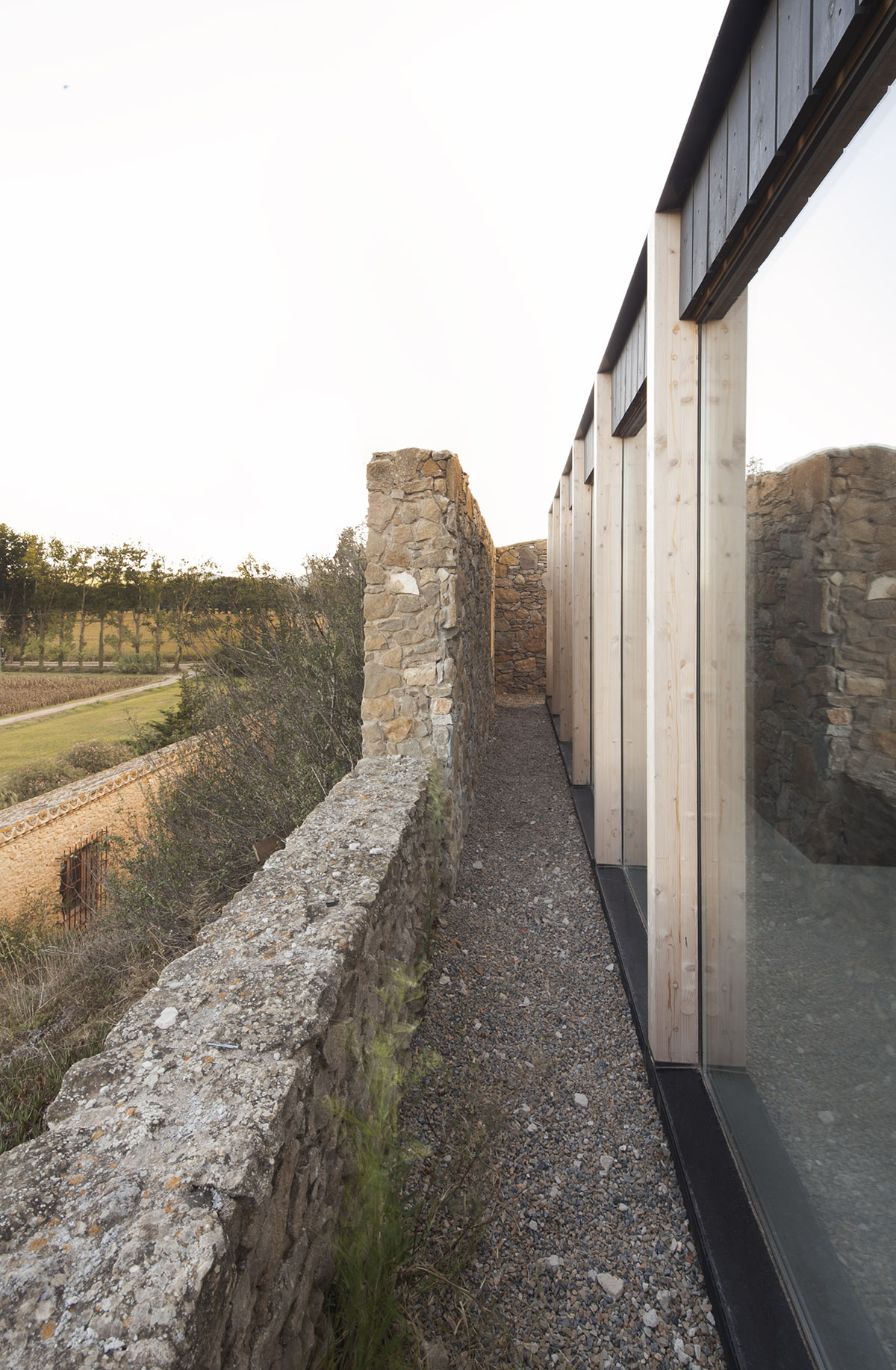 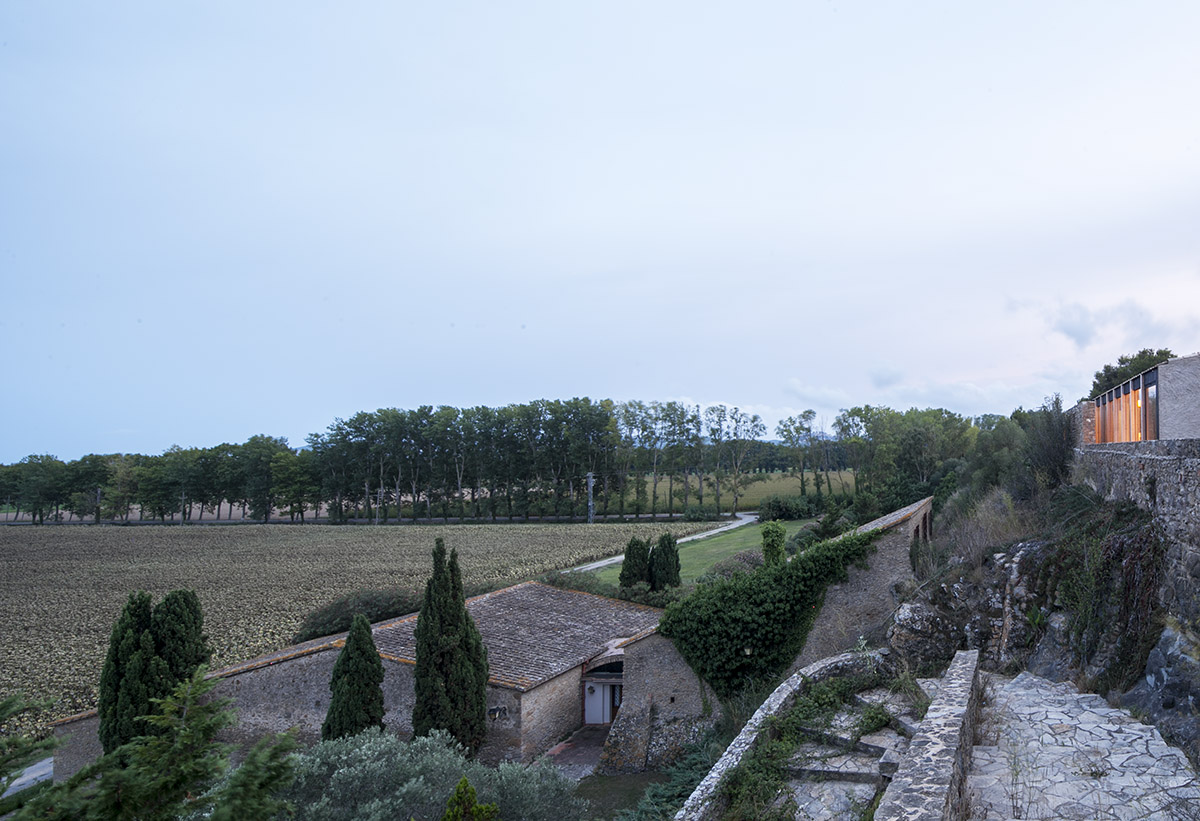 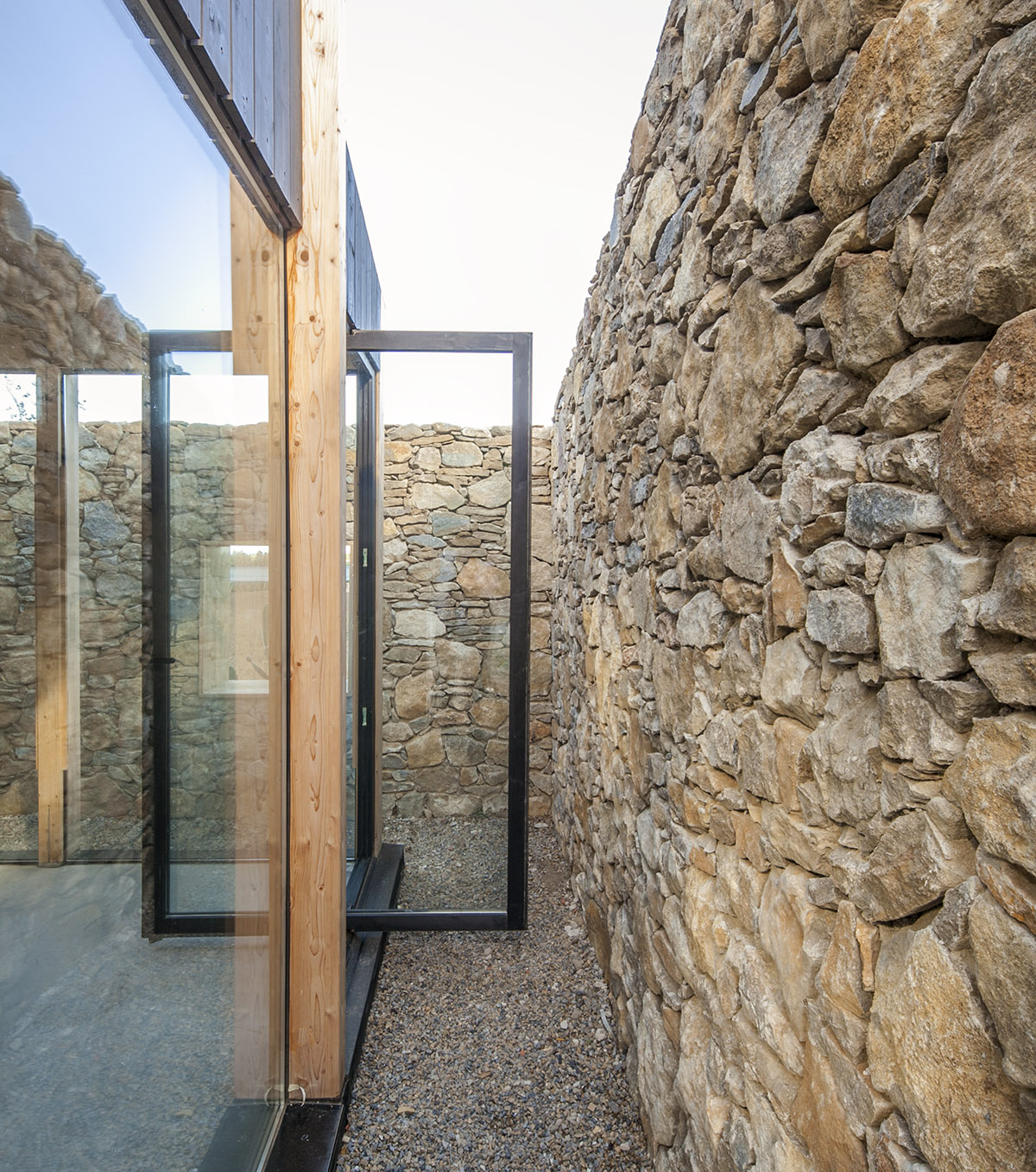 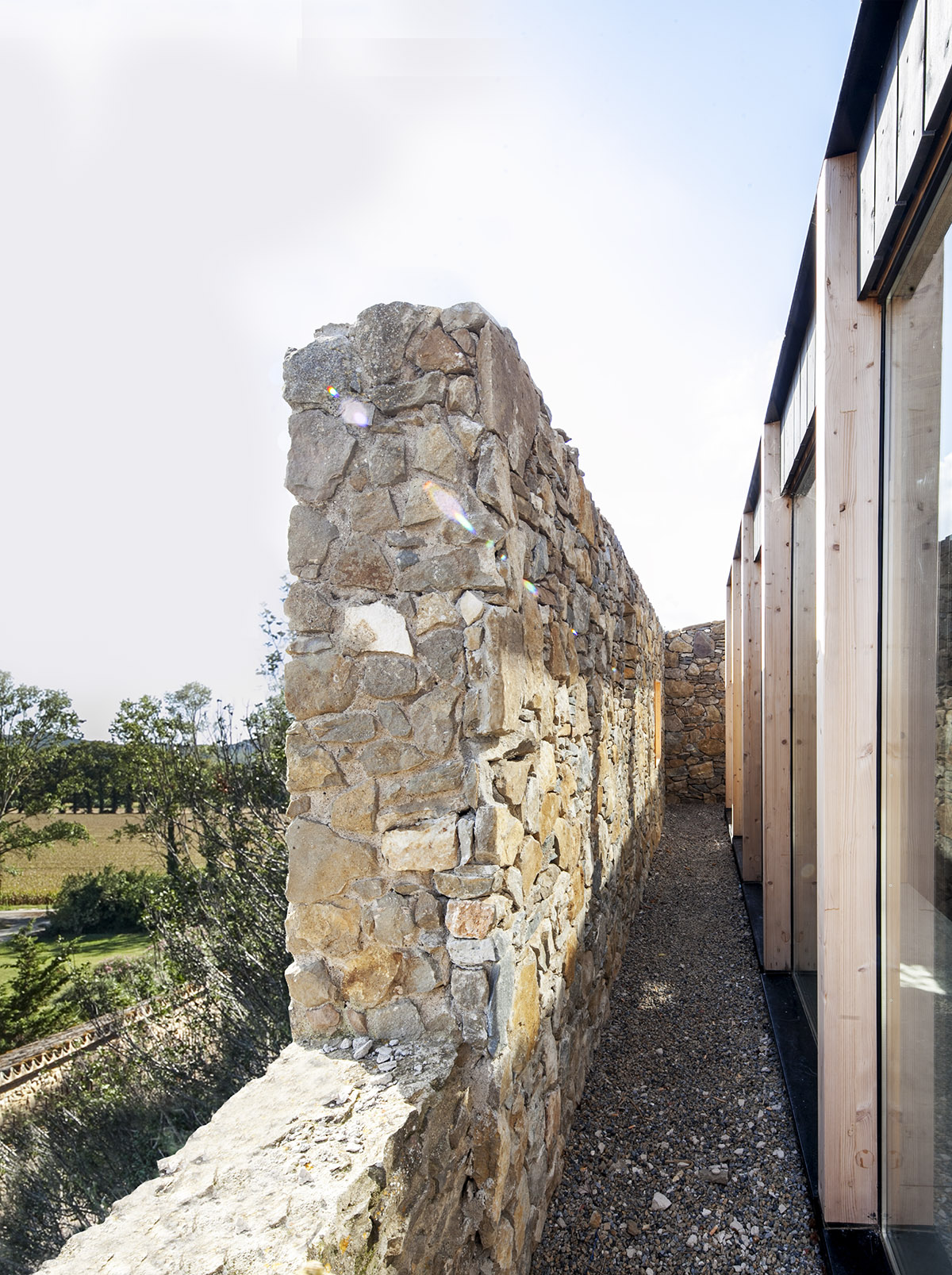 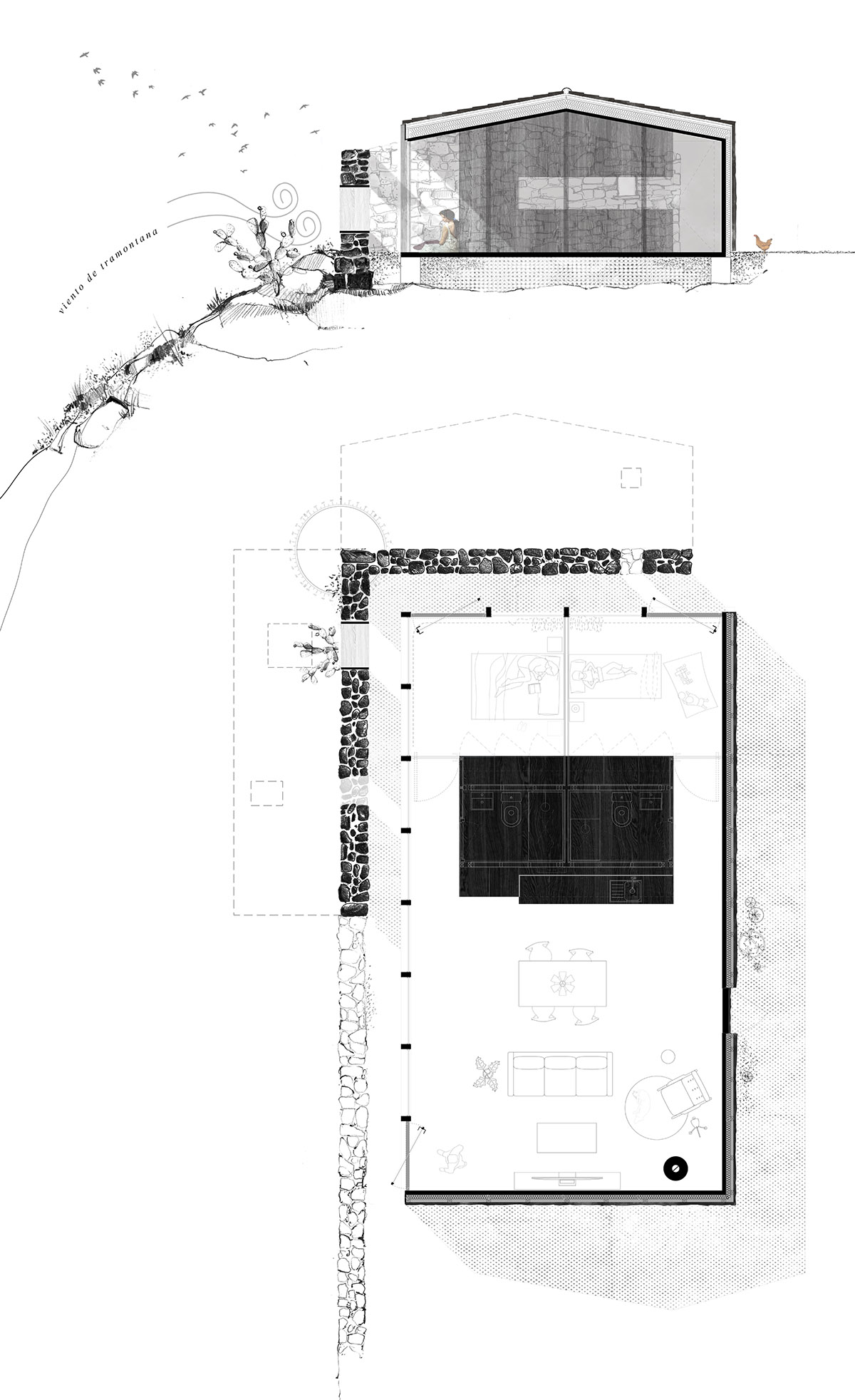 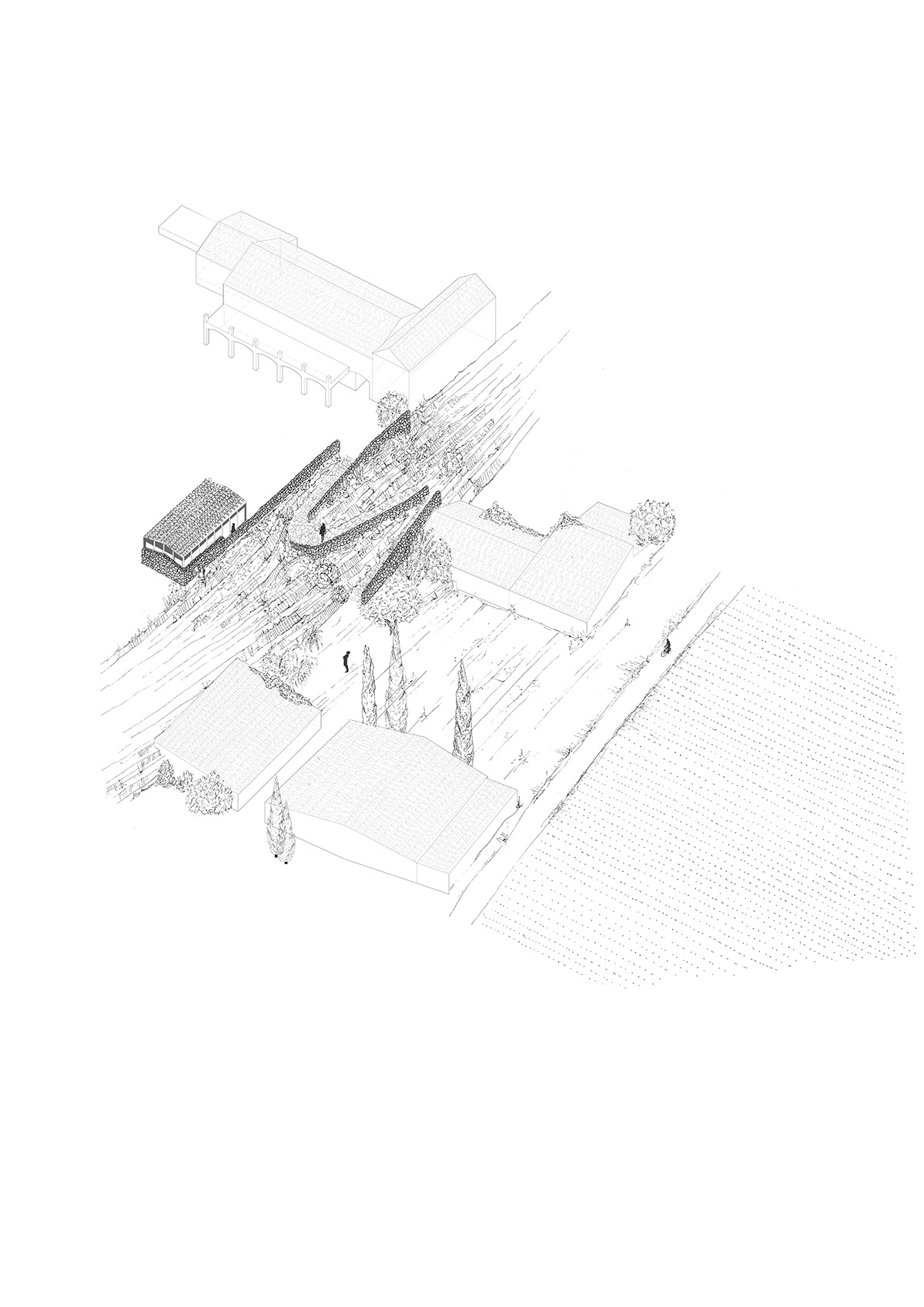 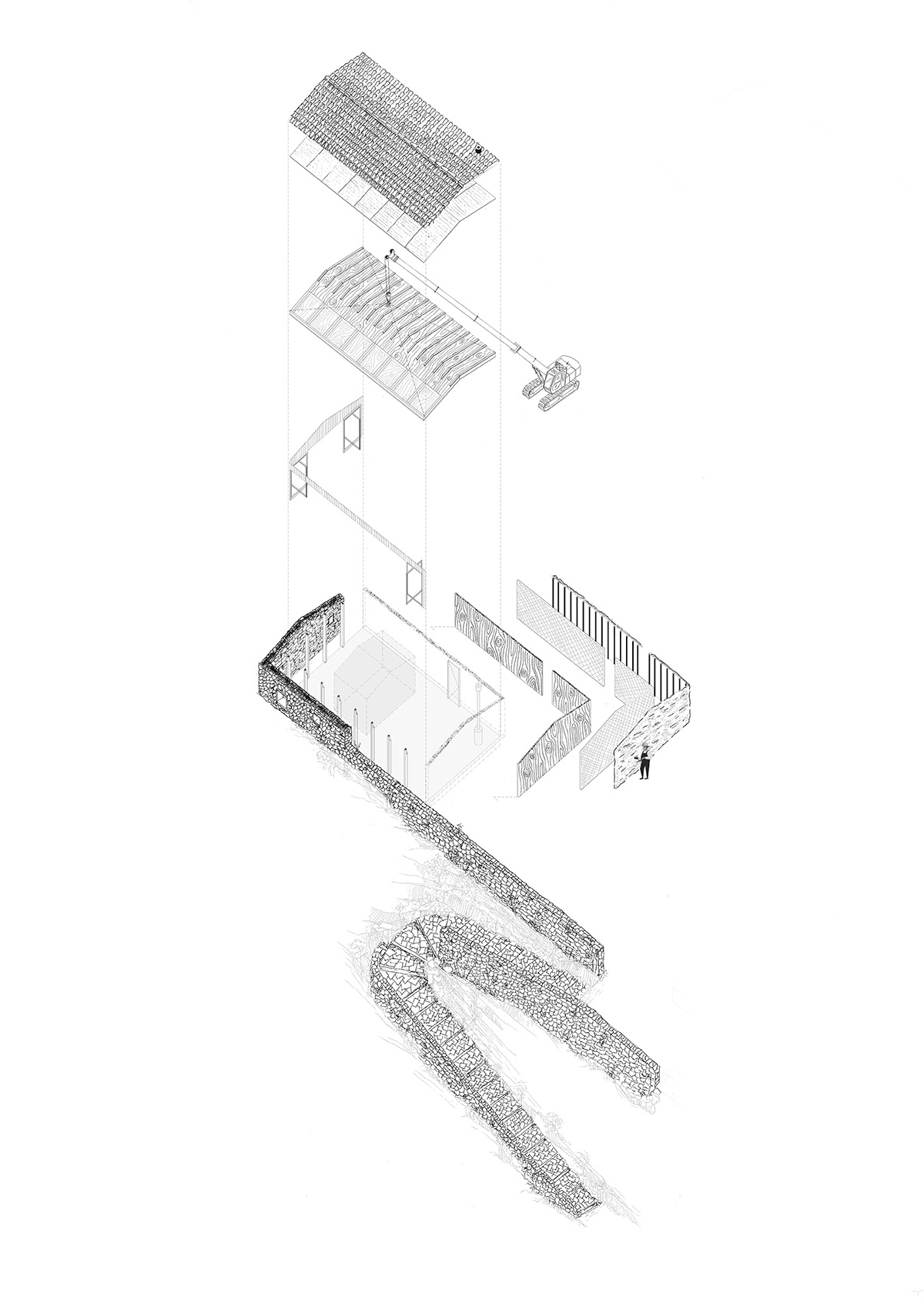 Project Name: The Shelter Of A Wall