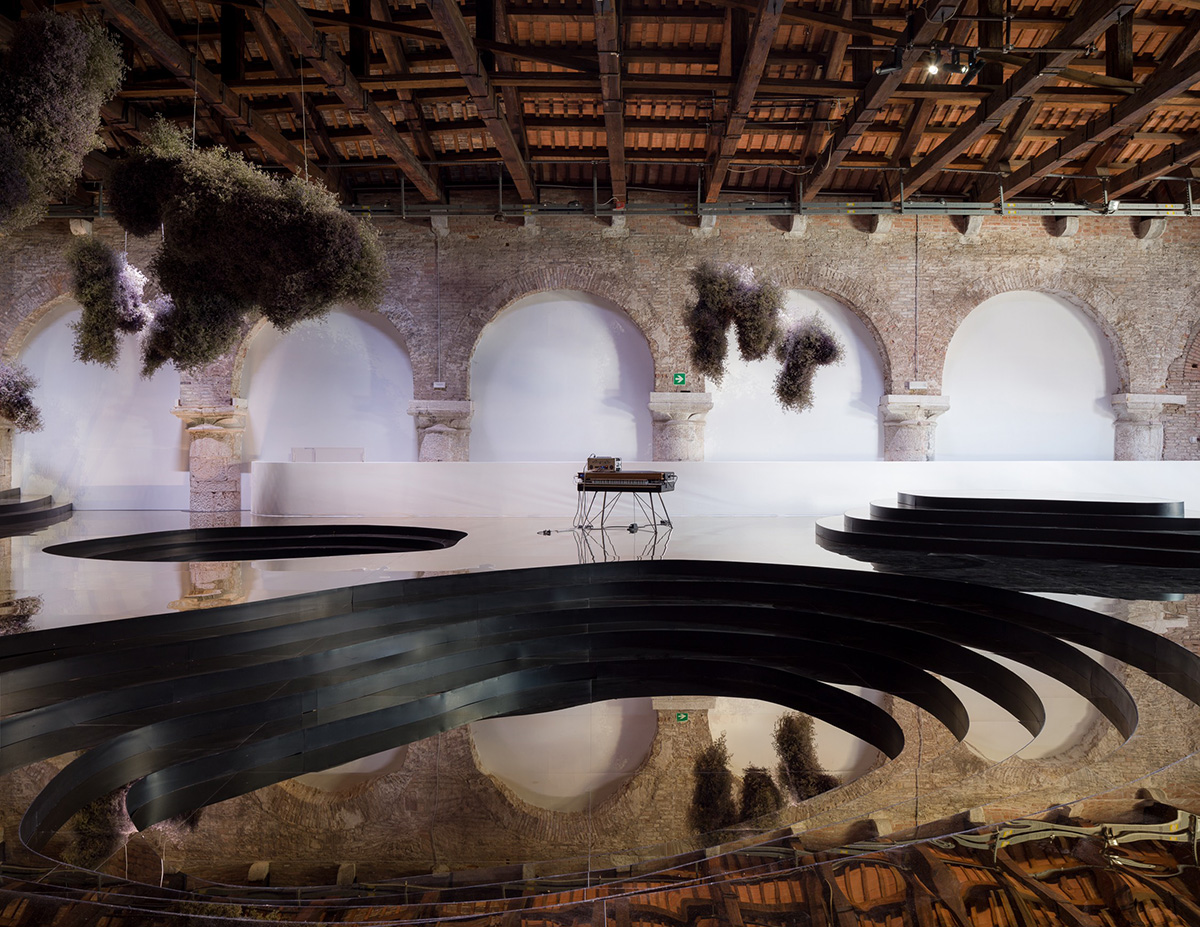 Architectural and research studio Space Caviar, co-founded by Milan-based architect, curator Joseph Grima, has designed the interior and exhibition of the Uzbekistan Pavilion at the 59th Venice Art Biennale which will open to the public from 23 April to 27 November 2022 in Italy.

The presence of the pavilion represents the country’s first participation in the Venice Art Biennale with an exhibition, entitled Dixit Algorizmi – The Garden of Knowledge at Quarta Tesa in the Arsenale.

The exhibition is the new iteration of the exhibition of Dixit Algorizmi, which was showcased at the Centre for Contemporary Art Tashkent (CCAT) last year.

Dixit Algorizmi – The Garden of Knowledge, curated and designed by Space Caviar and Sheida Ghomashchi, an independent curator in Milan, presents a reflection on the seminal work of Muhammad ibn Musa al-Khwārizmī, a scientist and polymath born and raised in the city of Khiva (present-day Uzbekistan). 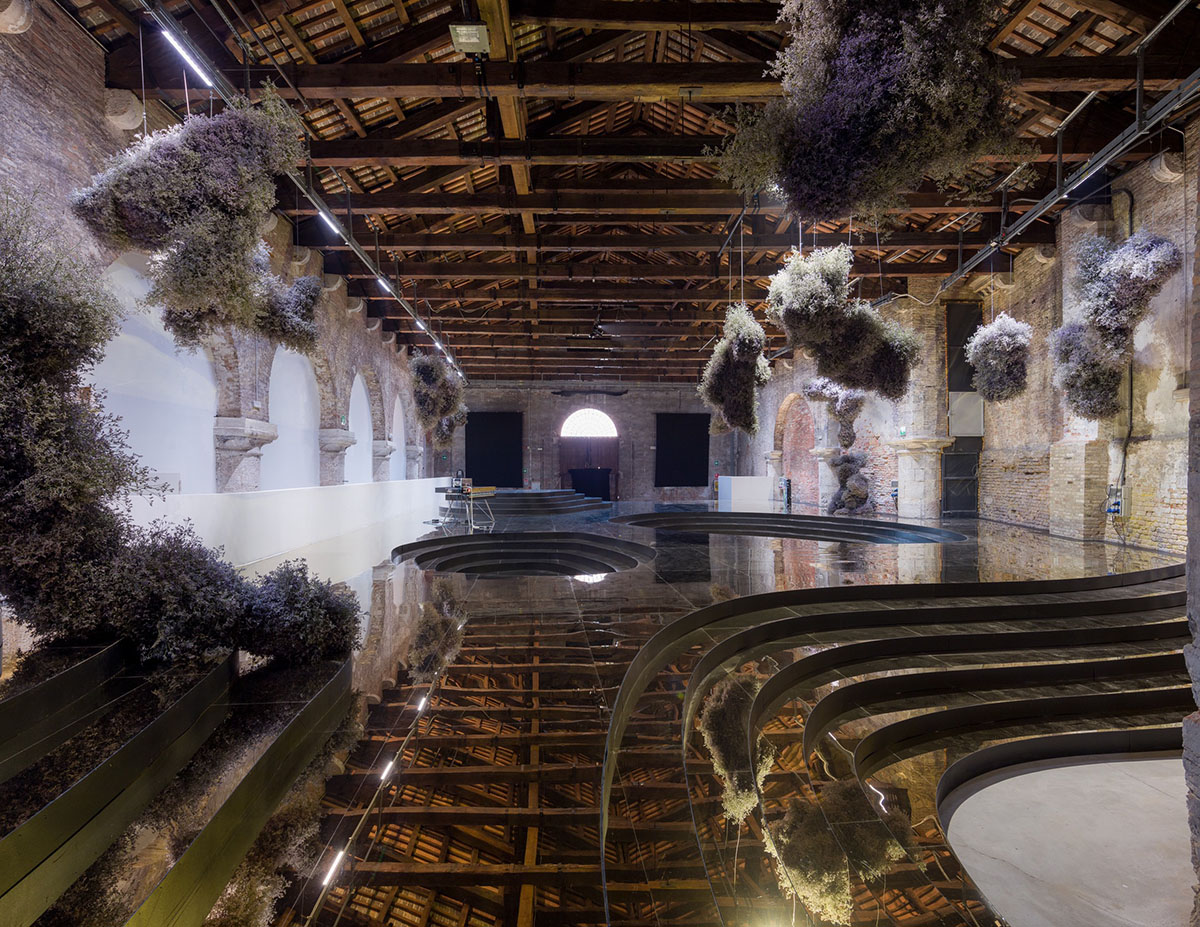 The design of the exhibition reinterprets the Islamic tradition of the garden with the overlapping of technological layers that form a gathering space for its public program bringing together important figures of the global contemporary art world and emerging artists and curators from Uzbekistan.

The overall design exchanges the Islamic tradition of the garden as a place of gathering and exchange as a technologically augmented space of research, reflection, and experimentation.

While the exhibition questions the origin myths and narratives surrounding modern technologies, it uses the lens of contemporary artistic practices to explore their forgotten roots and overlooked resonances with distant places, times, and cultures.

The pavilion reveals divergent interpretations of technology as a medium, acknowledging the depth and complexity of its history to be explored through an extensive public program. 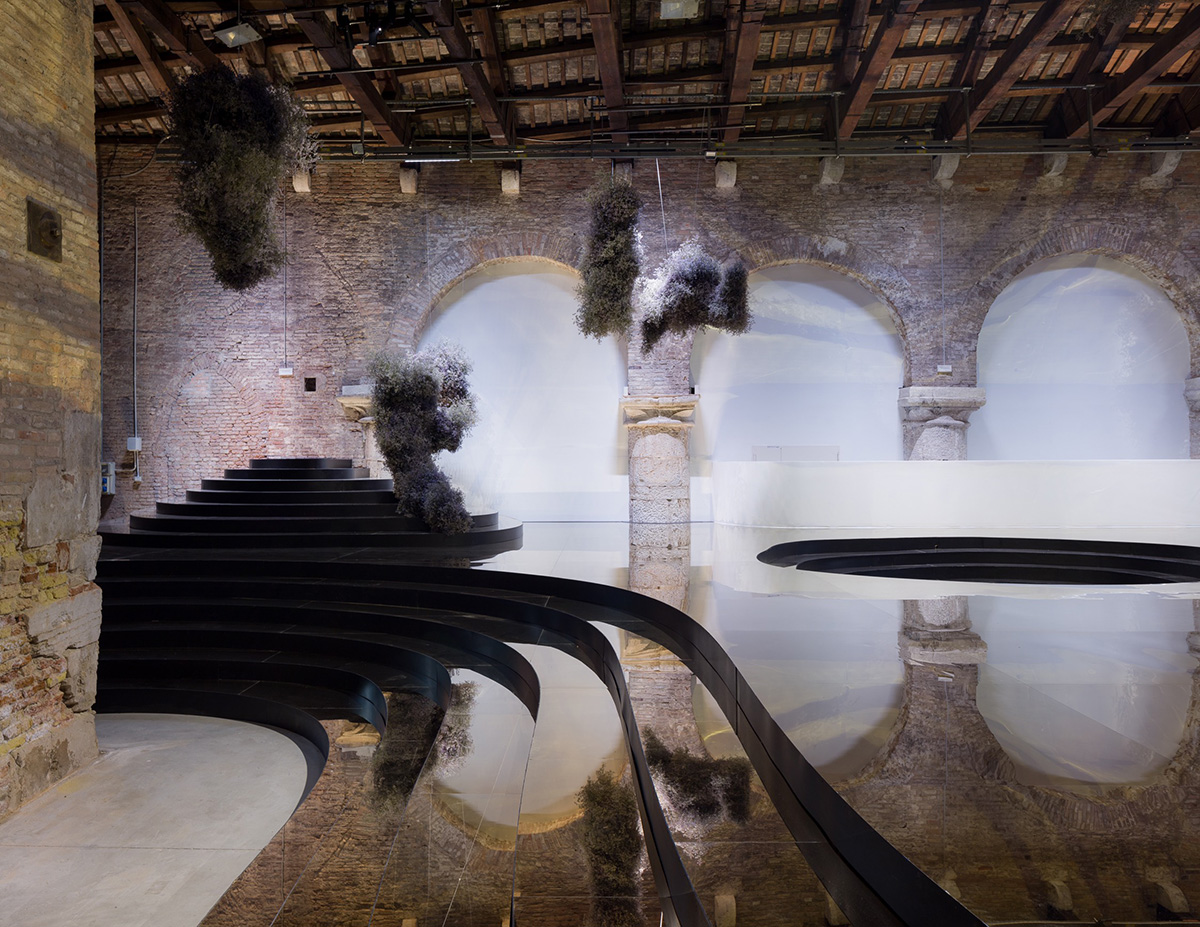 "Our intention is for the pavilion of the Republic of Uzbekistan to represent a departure from the classical paradigm of participation in
the International Art Exhibition, according to which the pavilion is understood primarily as a container," said Joseph Grima, co-founder of Space Caviar.

"Inspired by the environment within which al-Khwārizmī himself operated, we aim for the pavilion to become a space of the production of perception and the exchange of ideas — a ‘garden of knowledge,’ so to speak, in which heterogenous voices, from within and outside the field of artistic production, can converge and overlap."

"We conceive of this space as a place of meditation but also of composition, in which it is possible to question the greater order of things, and to consider the trajectory of the histories of art, science, technology, philosophy, and innovation from new perspectives."

"Throughout the course of the seven months of the Art Biennale, artists, scholars, historians, scientists, writers, and philosophers will be invited to address the possibility of alternative modernities, not so much attempting to replace the current image of modernity as to expand it in recognition of its deep origins — in distant, and unexpected, times and places," Grima added. 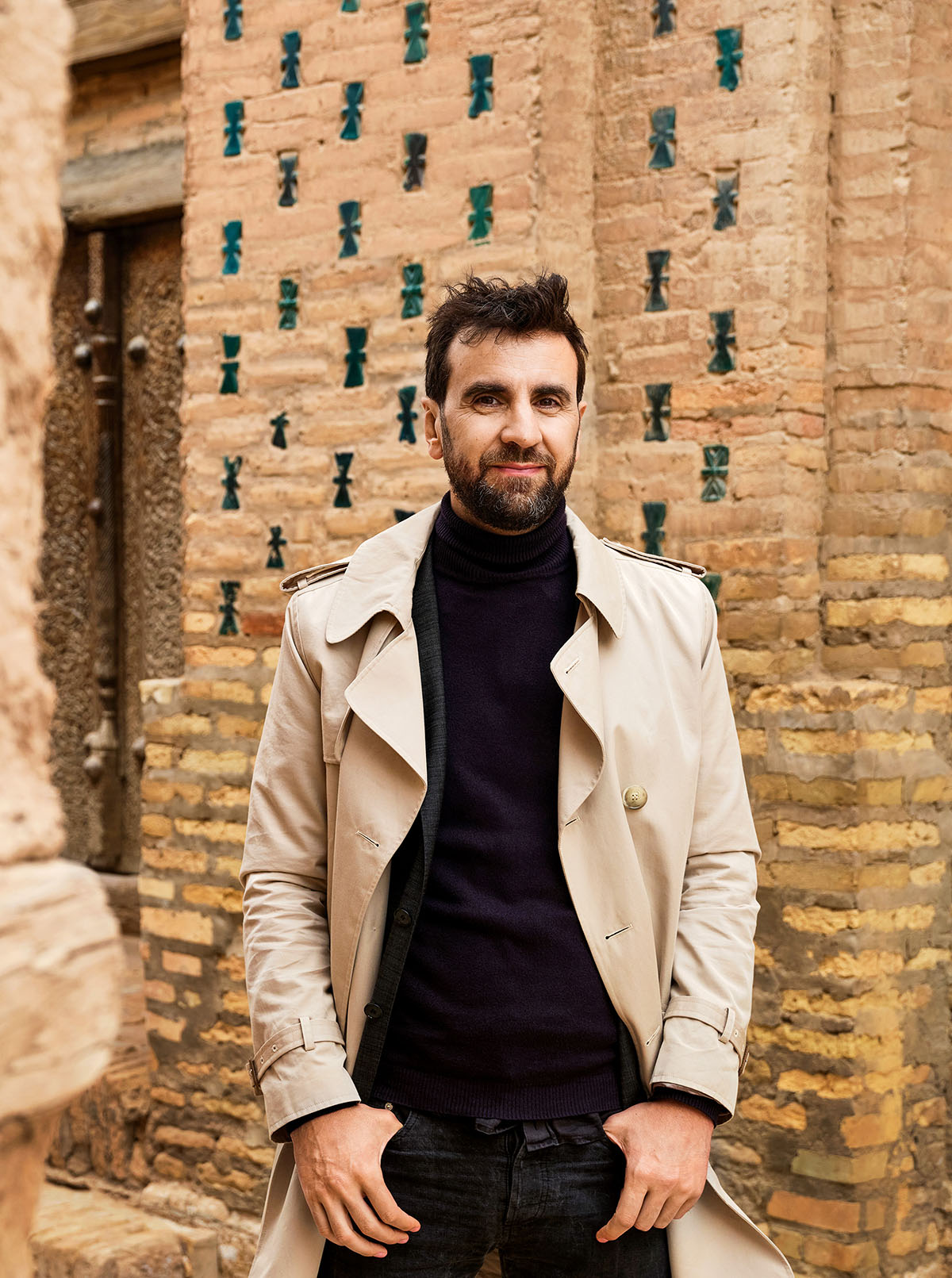 "Al-Khwārizmī’s most significant research took place at the House of Wisdom in Baghdad, international research and educational center," said a press release.

"The House of Wisdom was a place of gathering and exchange and is widely assumed to have been centered around formal gardens planned in the Islamic tradition. During his tenure at House of Wisdom, al-Khwārizmī was instrumental in countless scientific activities that involved a wide-ranging group of scientists and intellectuals."

The design of the Uzbekistan Pavilion references to this tradition in its spatial arrangement, according to the curators.

The gatherings and exchanges within the Garden of Knowledge will be structured in a public program scheduled for the biennale duration. 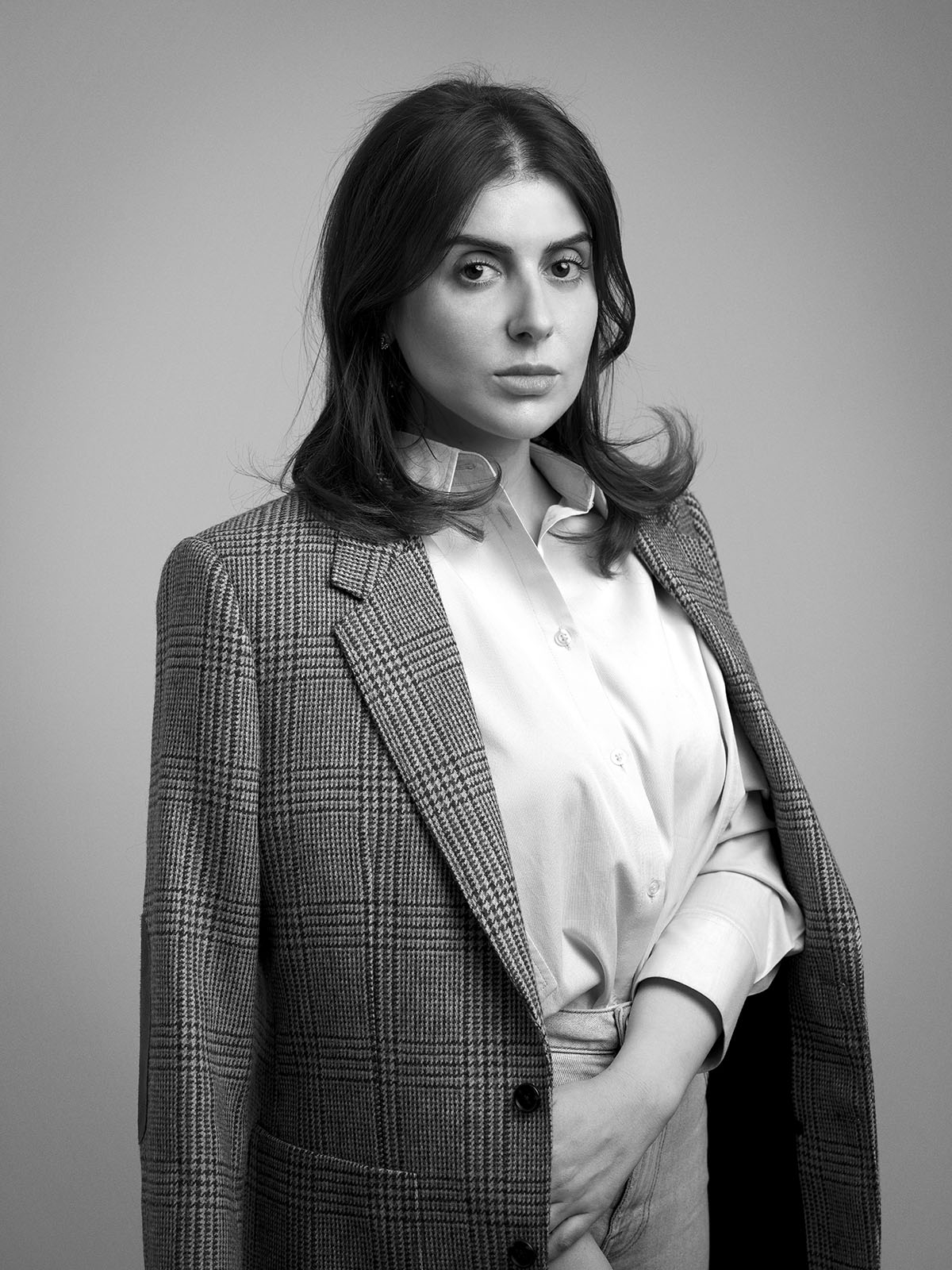 Gayane Umerova, Executive Director of the Art and Culture Development Foundation of the Republic of Uzbekistan. Image courtesy ACDF, Uzbekistan

"This year we invite great minds of the contemporary art world to join us in this artificial garden, the cultural hub inspired by the House of Wisdom of Al Khwarizmi and to be the part of our public program that will bring together important figures of the global contemporary art world and emerging artists and curators from Uzbekistan," said Gayane Umerova, Executive Director of the Art and Culture Development Foundation of the Republic of Uzbekistan.

"The Uzbekistan Pavilion will host a series of panel talks, performances, and even an Uzbek traditional poetic duel," Umerova added.

Running in parallel with the public program hosted in the pavilion, Velocity0, a sound installation by Uzbek musician Abror Zufarov and Paris- and Tokyo-based artist and composer Charli Tapp will serve as a materializing hub for a program of international composers, invited to experiment with Velocity0’s algorithm, through a dematerialized platform, called The Program. 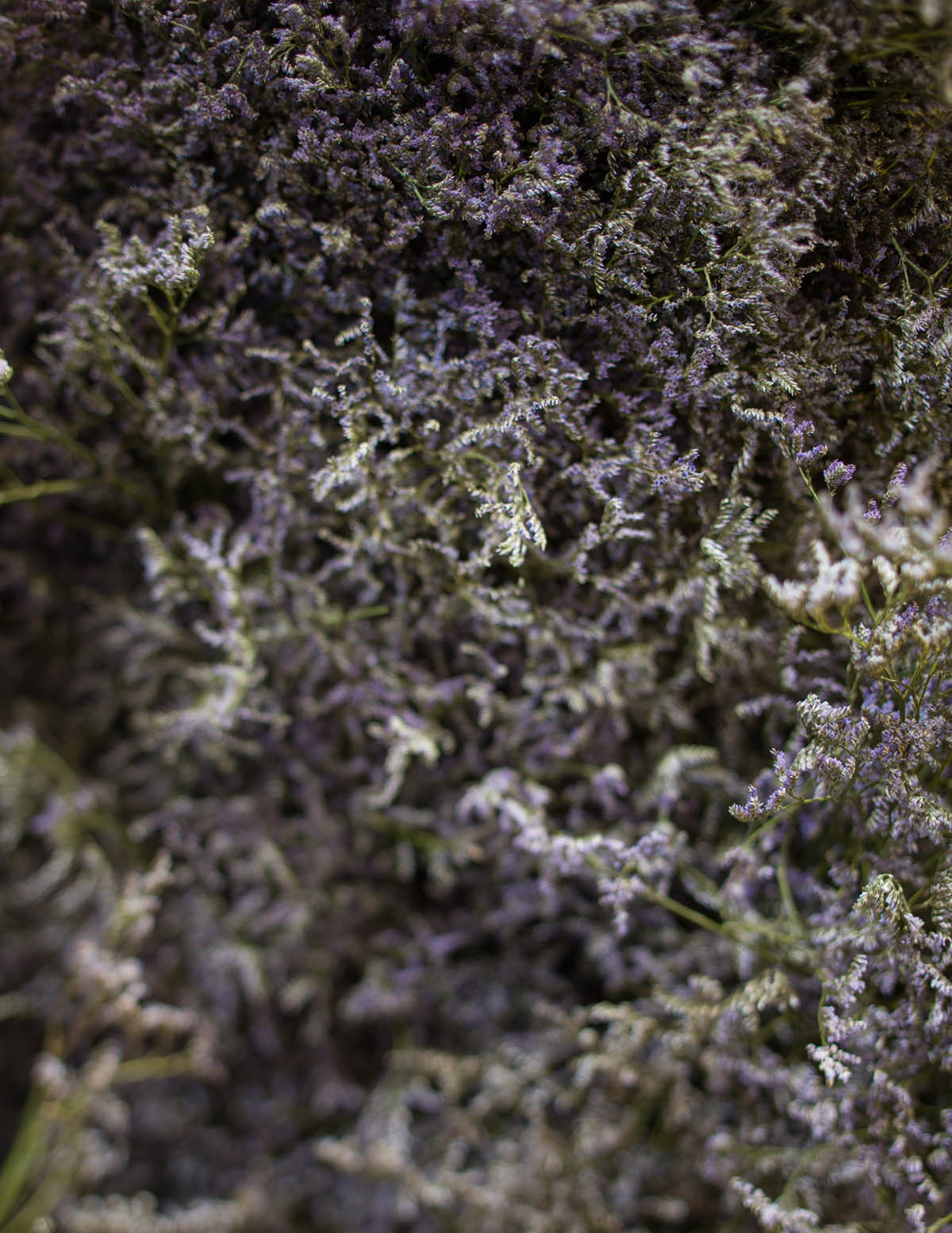 Dixit Algorizm – The Garden of Knowledge. Image courtesy of ACDF

In doing so, each participant’s input will output a unique generative score, ephemerally played until the next update, feeding a non-linear organic soundscape narrative.

While the installation will serve as an endless algorithmic concert, its program will kick off with Transcode/Transmute: a series of intermittent performances based on the building blocks of the Shashmaqom’s centuries-old musical system.

Velocity0 is an ever-evolving installation by the artist Charli Tapp in which, driven by a series of computerized processes, 88 electromagnets hit the keybed of a beat-down touring Yamaha CP80 Grand Piano. 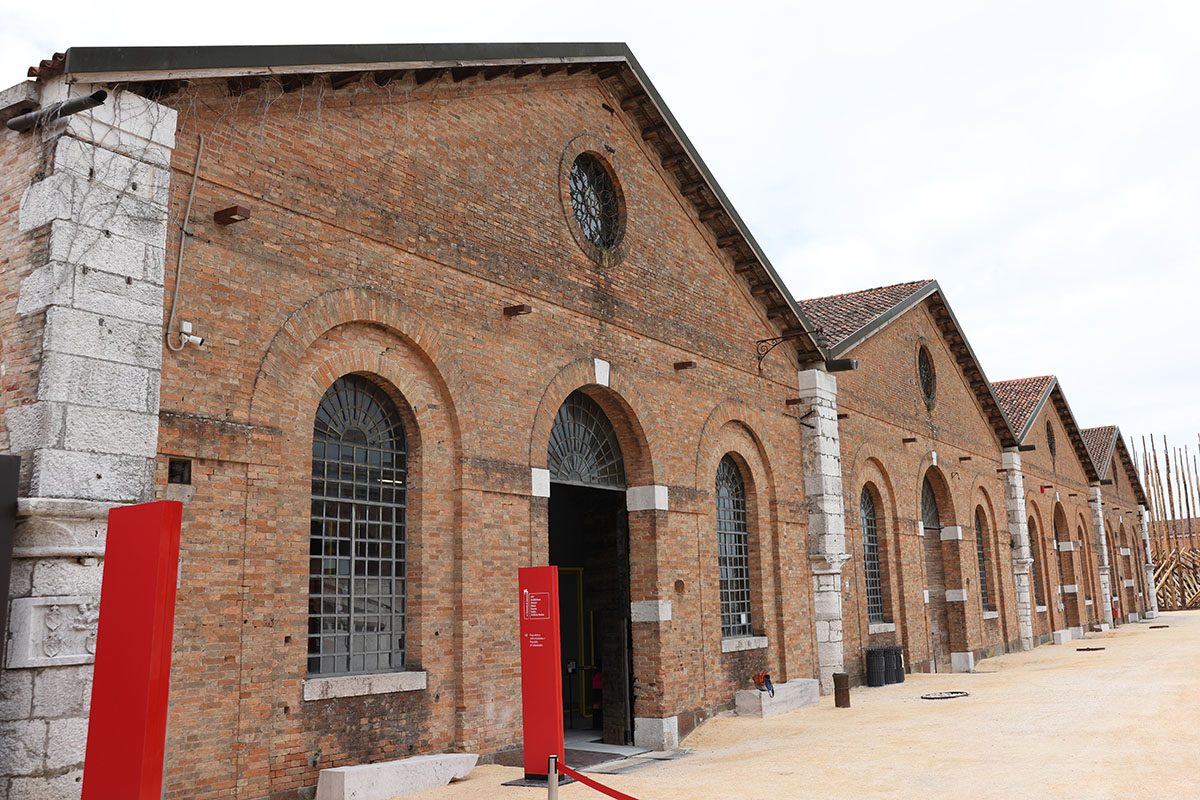 In 2021, Uzbek musician Abror Zufarov’s music met with the ghostly Neural Network composer during the exhibition Dixit Algorizmi at CCA, Uzbekistan, attempting to produce an infinite score based on the teachings and misunderstandings of its encounter.

The project was commissioned by Gayane Umerova, Executive Director of the Art and Culture Development Foundation of the Republic of Uzbekistan.

Commissioner: Gayane Umerova, Executive Director of Art and Culture Development Foundation of the Republic of Uzbekistan