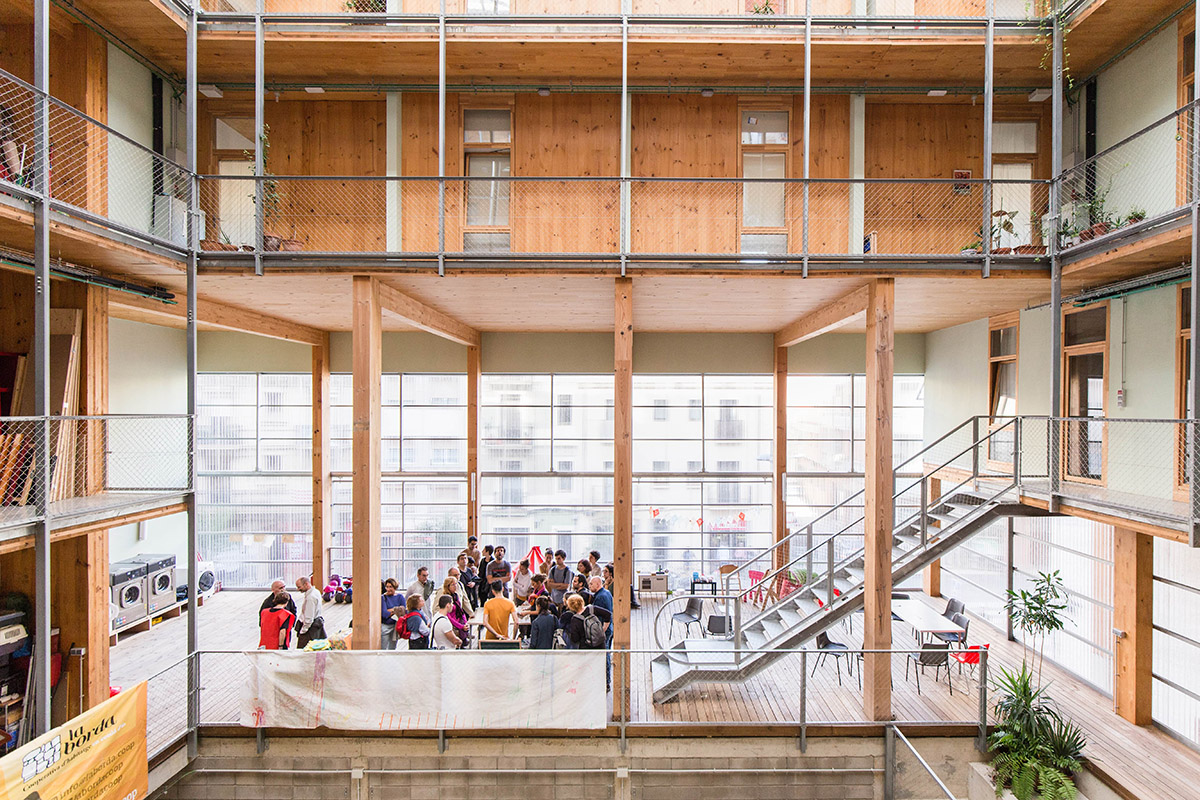 Barcelona-based Lacol, a cooperative of architects, has been named as the winner of the 2022 Emerging Architecture Prize for their La Borda cooperative housing in Barcelona, Spain.

"This cooperative project is transgressive in its context because although housing production is mainly dominated by macroeconomic interests, in this case, the model is based on co-ownership and co-management of shared resources and capacities," said the announcement by the Mies van der Rohe Foundation.

"The model goes beyond the specific project of cooperative housing: the studio is also run as a cooperative where fourteen professionals with different expertise offer a role model and an active tool for promoting political and urban change from within the system, based on social, ecological and economic sustainability." 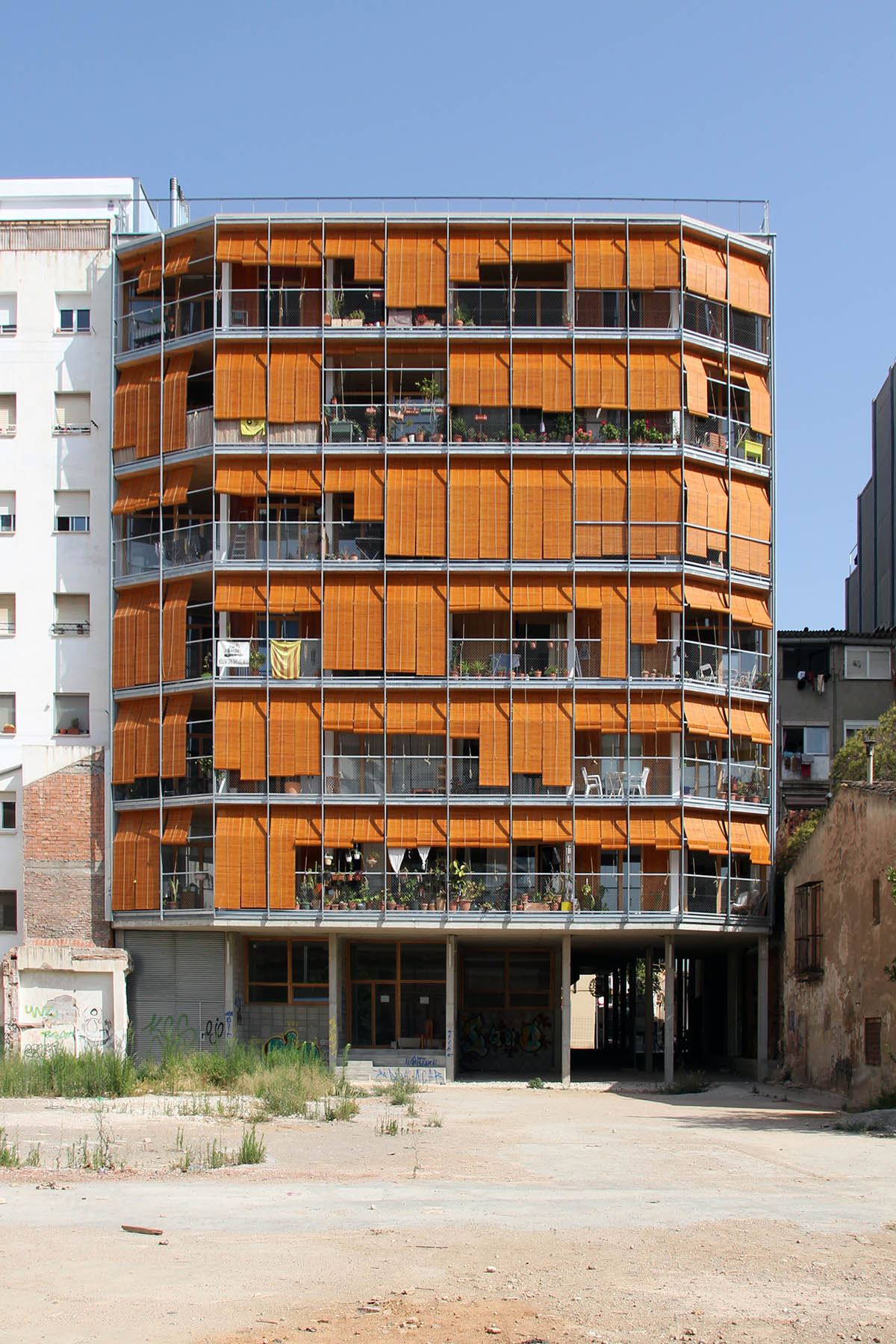 The prestigious prize is granted every two years - and the Prize exceptionally, this time, has been awarded 2,5 years due to the impact of the coronavirus pandemic.

The housing consists of 28 units (up to 40, 60 and 75 square meters) and several community spaces such as kitchen-dining room, laundry, multipurpose space, guestrooms, health space, storages, and exterior and semi-exterior spaces such as the patio, bike parking and terraces. 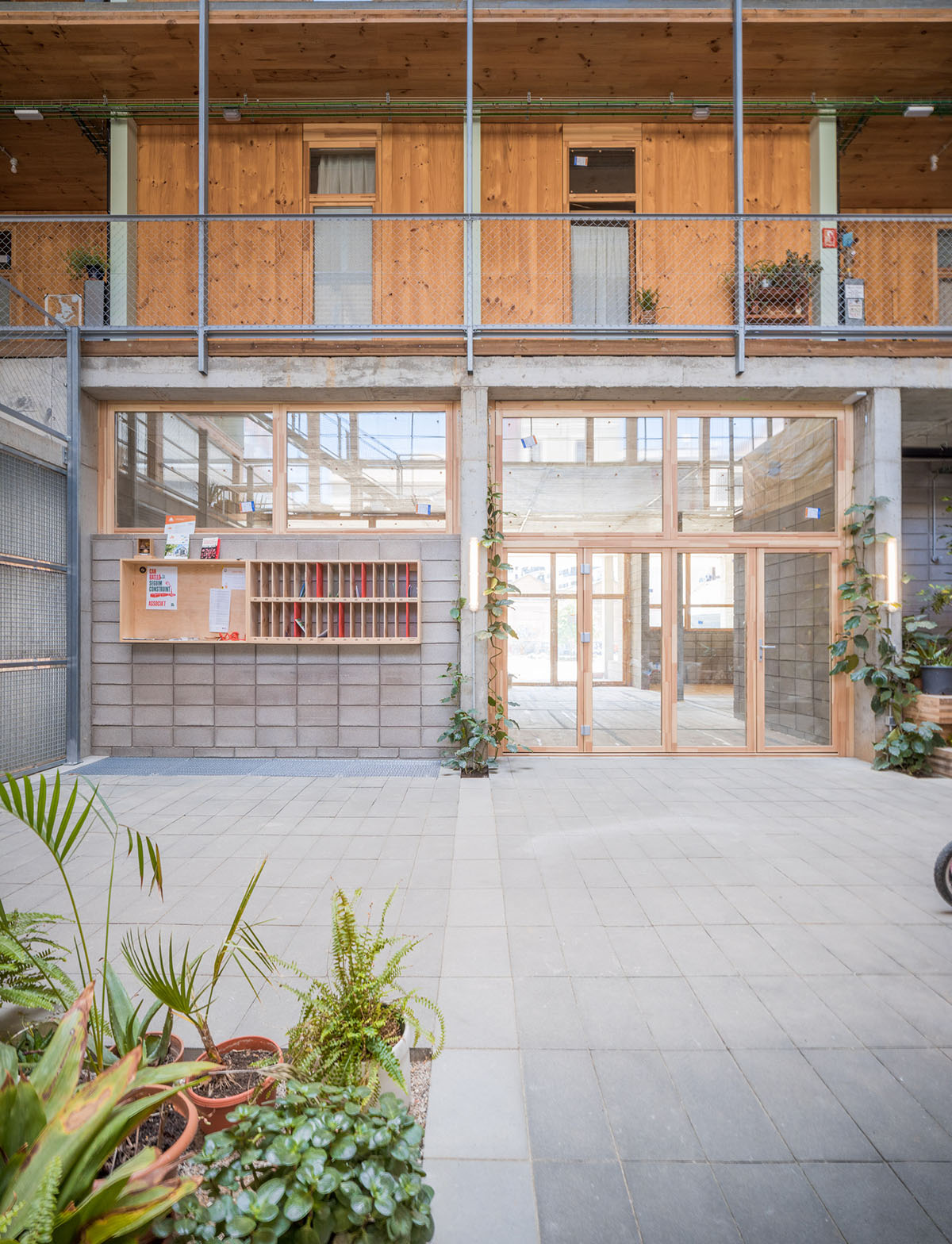 "The idea of a housing cooperative was born in 2012 as a project of Can Batlló driven by the community in the process of recovery of the industrial premises, and the neighborhood and cooperative fabric of the Sants neighborhood of Barcelona," explained the studio.

The project is located in Constitució Street, in a bordering position of the industrial area of Can Batlló with a facade to the existing neighborhood of La Bordeta. 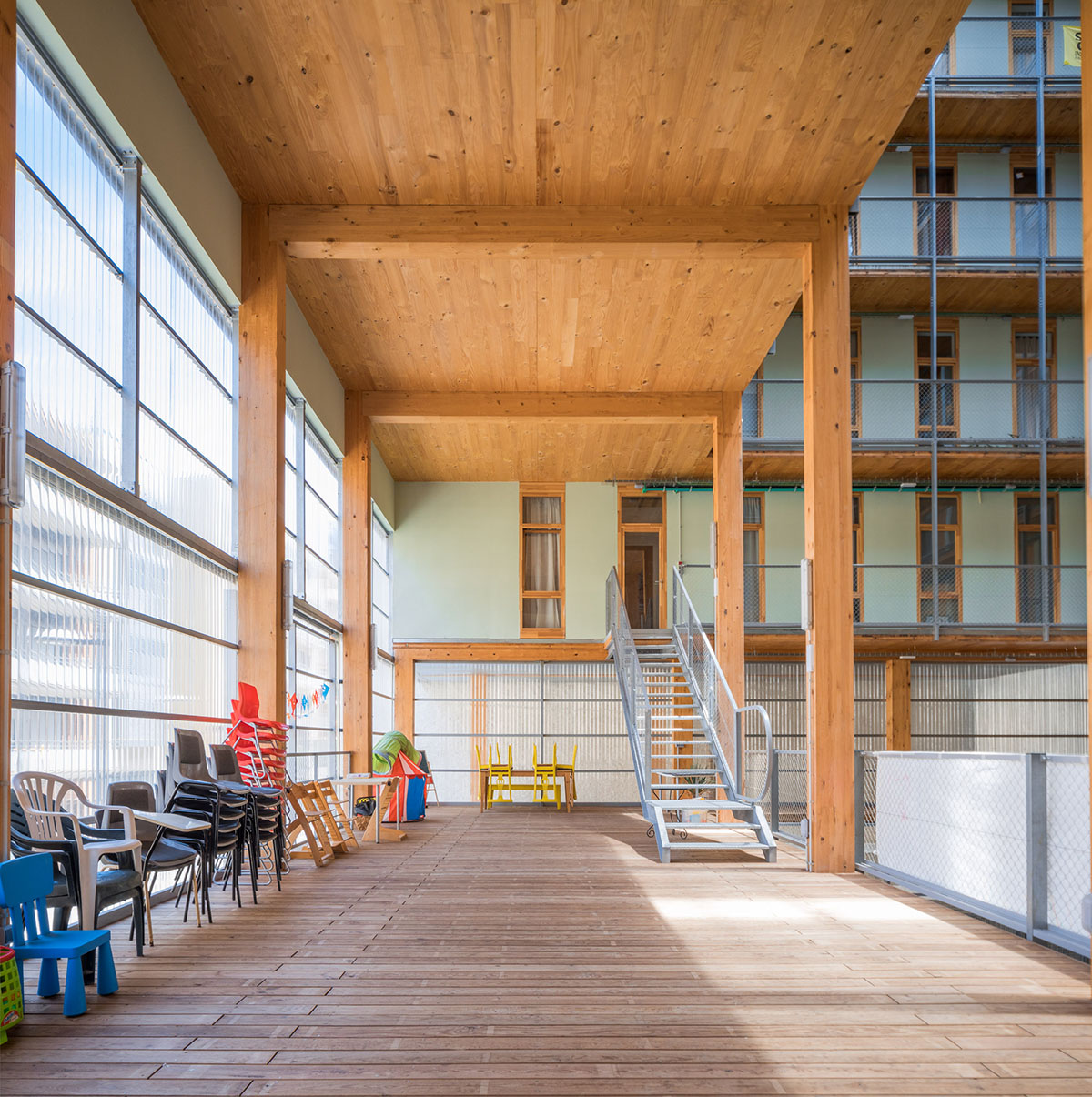 "The cooperative prioritized making a building with minimal environmental impact, both in its construction and its lifetime," the studio continued.

"Another basic objective is to eliminate the possibility of energy poverty among its users, which some of them suffered due to the high cost of energy."

"The initial strategy of the project to reduce energy demand has been the optimization of the program, renouncing the underground car parking, grouping services and reducing the surface of the houses." 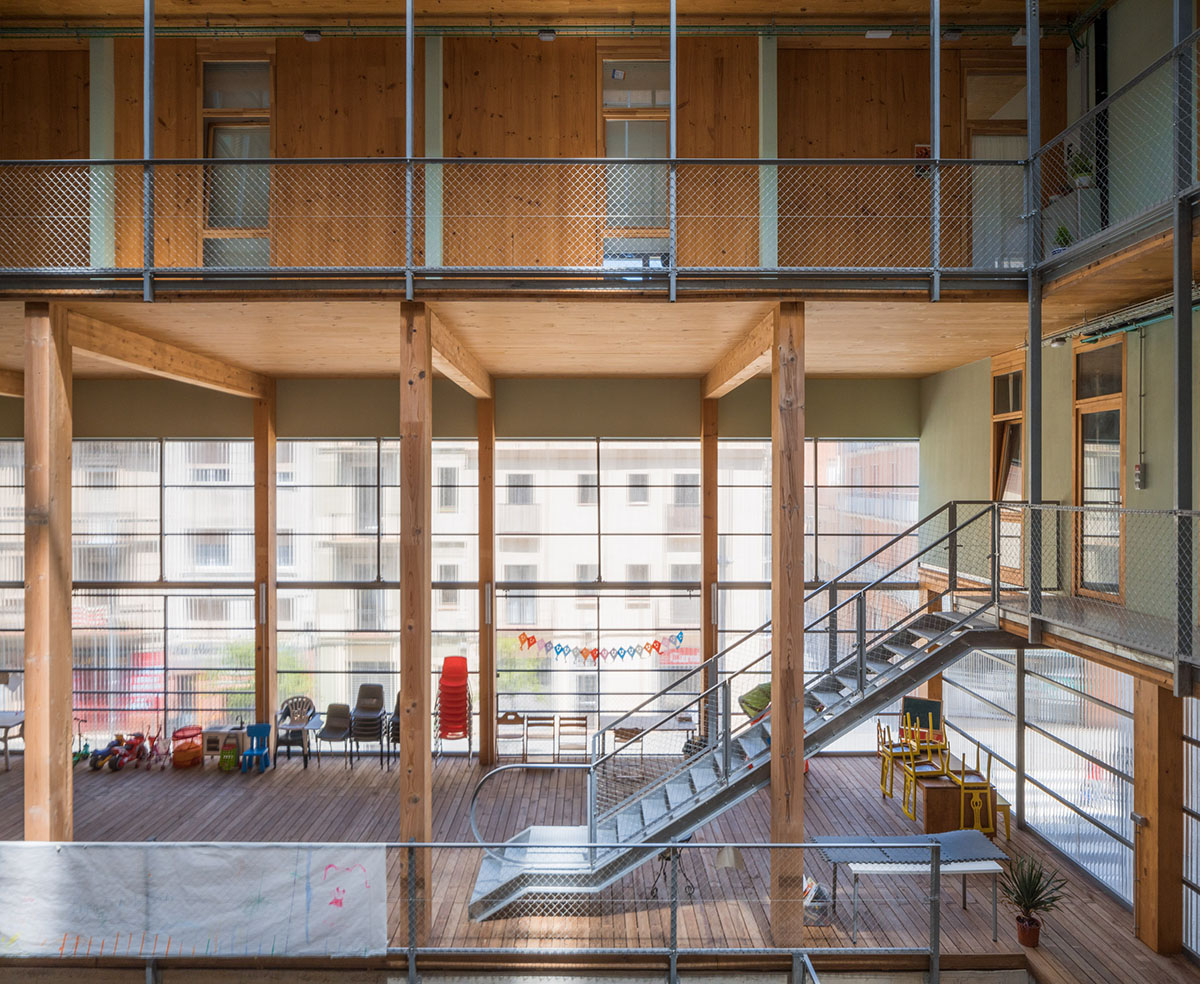 The studio implemented maximum bioclimatic parameters to achieve a very passive building, with solutions that involve active action by users in the climate management of housing.

In the end, they gained a zero energy consumption, and provided comfort with minimum budget. 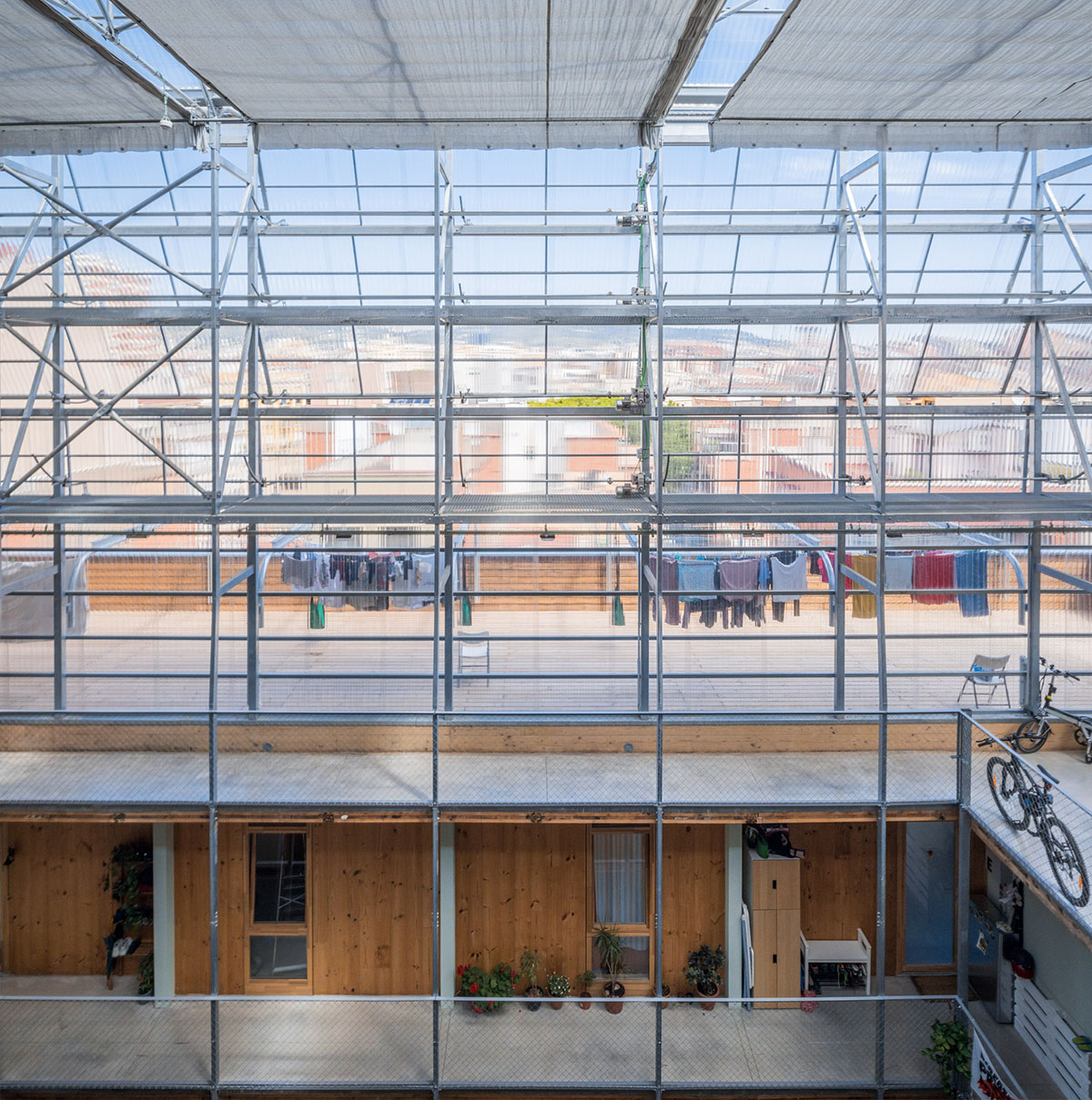 The six floors of the structure were built from using Cross Laminated Timber wood (CLT). According to the studio, since this is a lightweight, high quality, renewable material in the built environment, the material "allows closing cycles, unlike conventional construction materials such as steel or concrete, whose production has a very high energy cost and are not renewable." 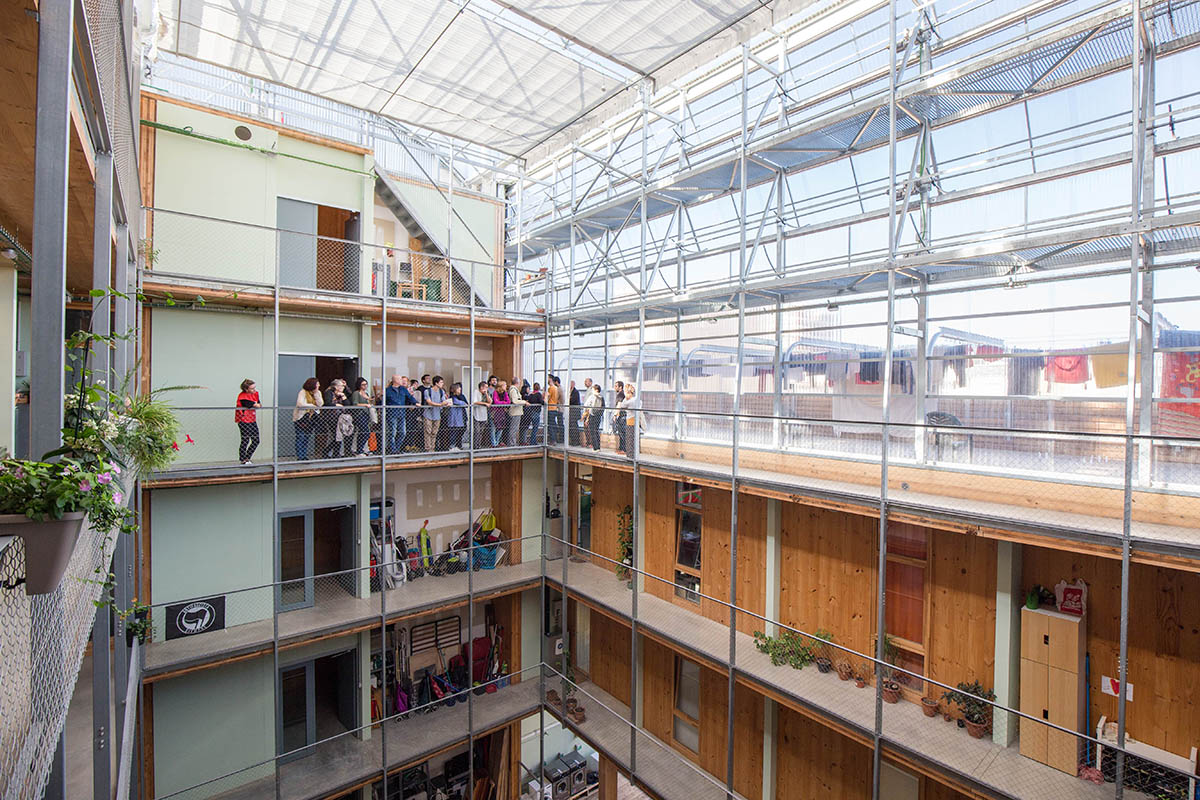 "I congratulate the winners of the EU Prize for Contemporary Architecture – Mies van der Rohe Award, who have demonstrated the creative and innovative potential of European architecture," said Commissioner for Innovation, Research, Culture, Education and Youth, Mariya Gabriel.

"It is particularly encouraging to see the contribution of contemporary architecture to improving the well-being of citizens in Europe like we are also doing with the New European Bauhaus," Gabriel added.

The Awards Ceremony will take place on 12 May 2022 at the Mies van der Rohe Pavilion in Barcelona. 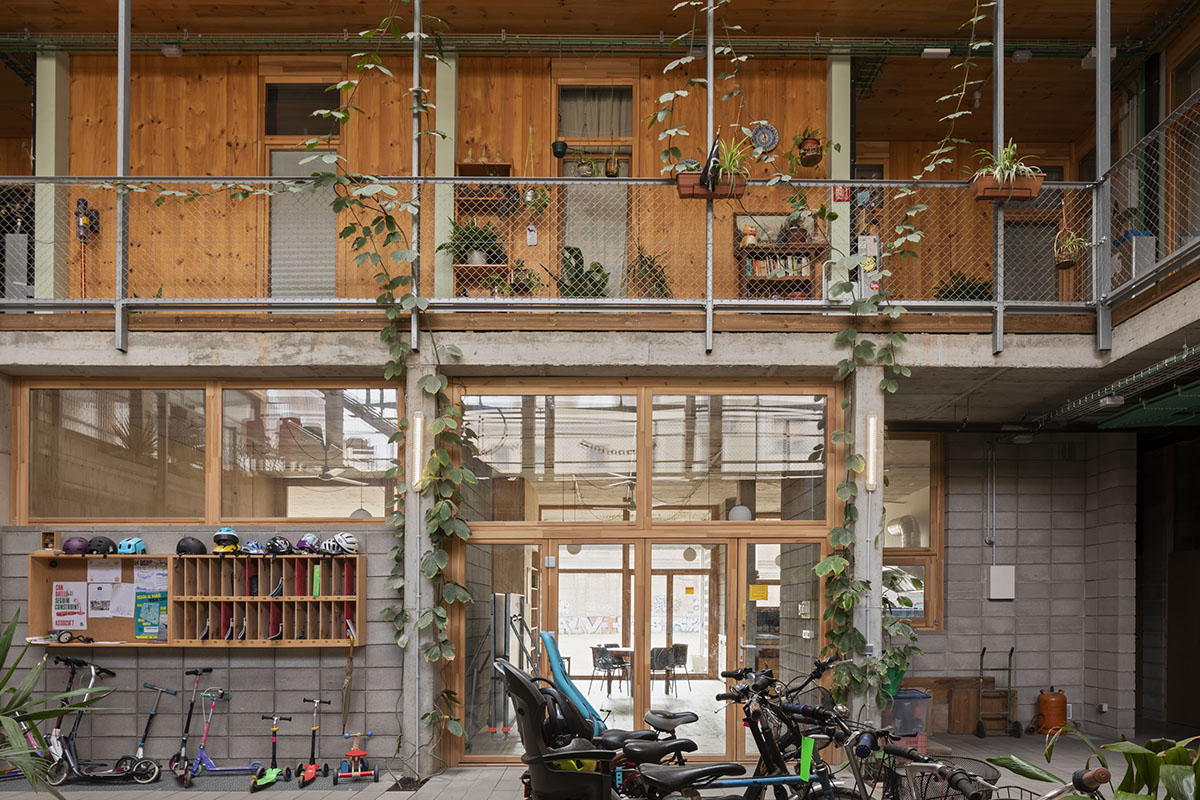