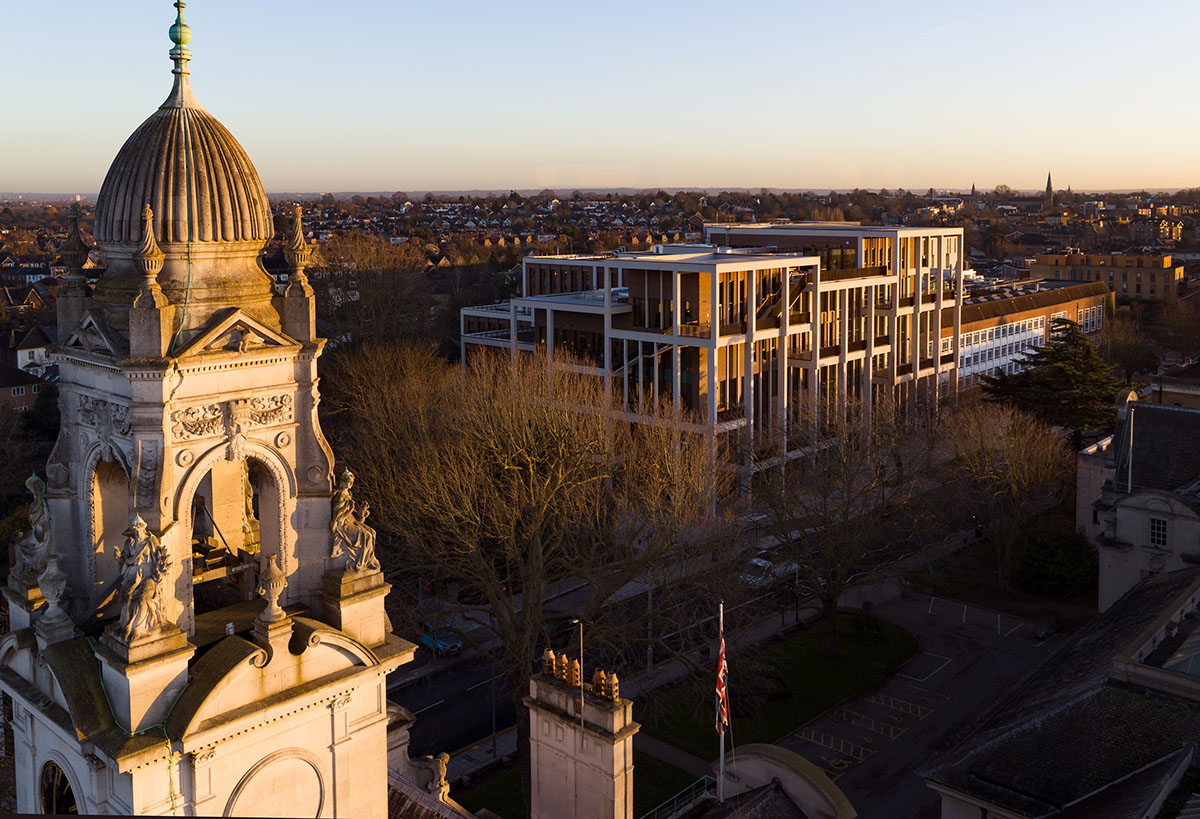 Dublin-based Pritzker Architecture Prize-winning practice Grafton Architects' colonnaded Town House – Kingston University in London has been named as the winner of the 2022 Mies van der Rohe Award for its "remarkable environmental quality that creates an excellent atmosphere for studying, gathering, dancing and being together."

Organized by the European Commission and the Mies van der Rohe Foundation, the award is granted every two years - and the Prize exceptionally, this time, has been awarded 2,5 years due to the impact of the coronavirus pandemic. 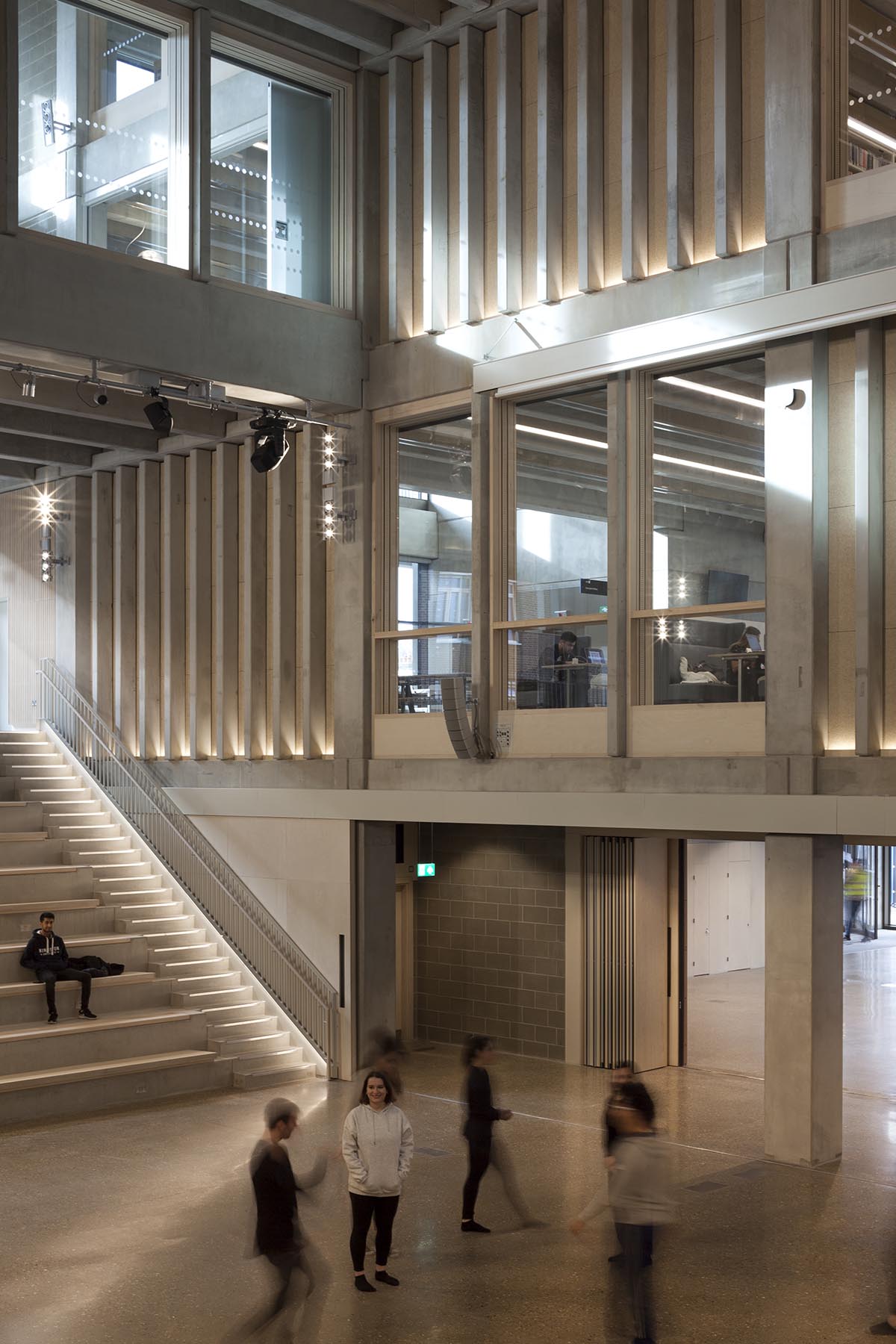 The Prize draws attention to the major contribution by European professionals to the development of new ideas and technologies. The two awarded projects have been chosen from a list of 532 works from 41 countries.

The project was praised for "creating an emotional experience from within and through the multi-level façade colonnade that creates a domestic atmosphere on different levels." 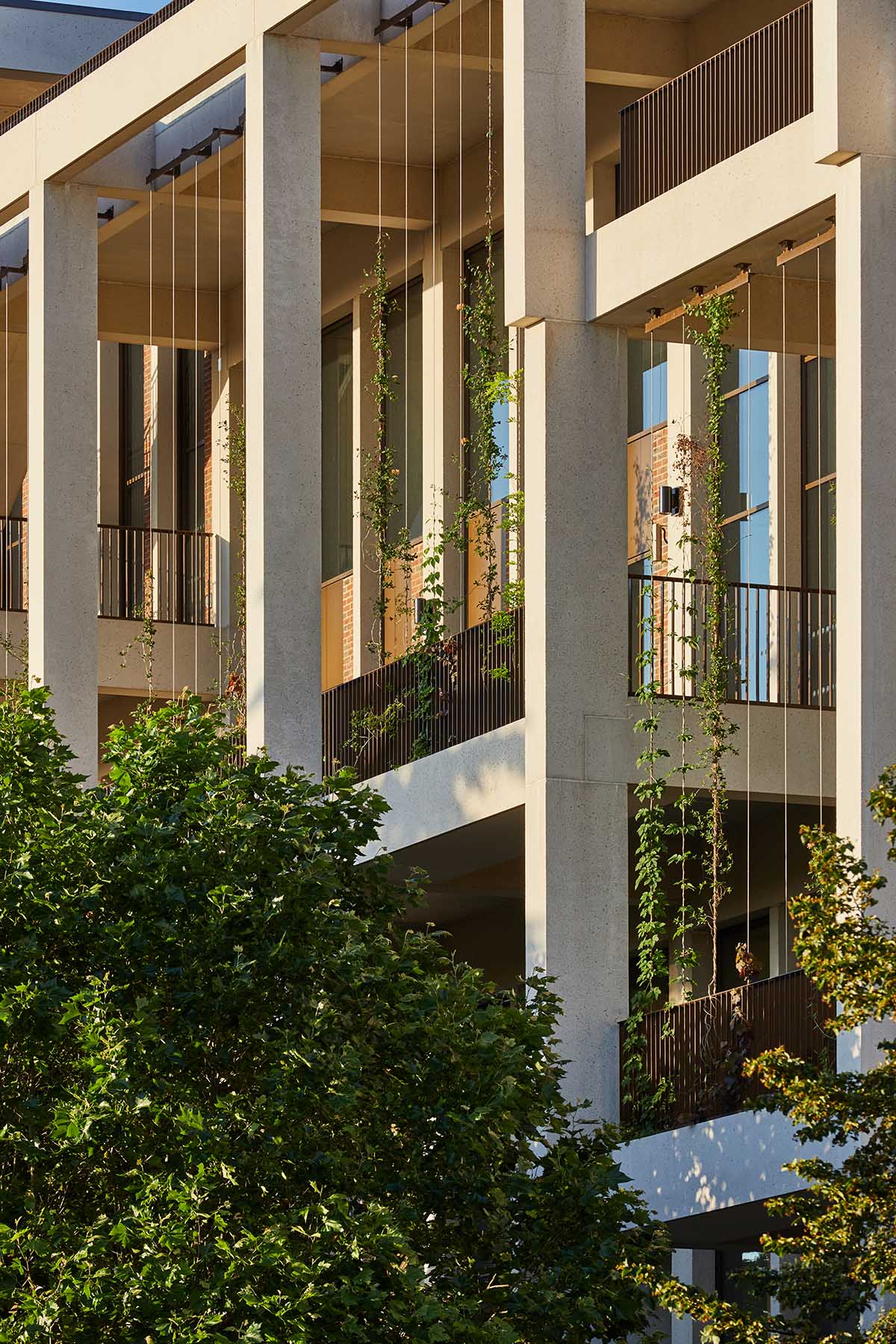 Completed in 2020,  the six-storey building accommodates a multi-floor academic library and archive, dance studios and a studio theatre. The building "uses layers of silence and layers of sound working perfectly well together," stated the Mies van der Rohe Award.

The Mies van der Rohe Award stated that "it shows the potential of public educational projects with the quality of this one, which dignifies people’s lives through education and togetherness and gives equal educational possibilities to everybody." 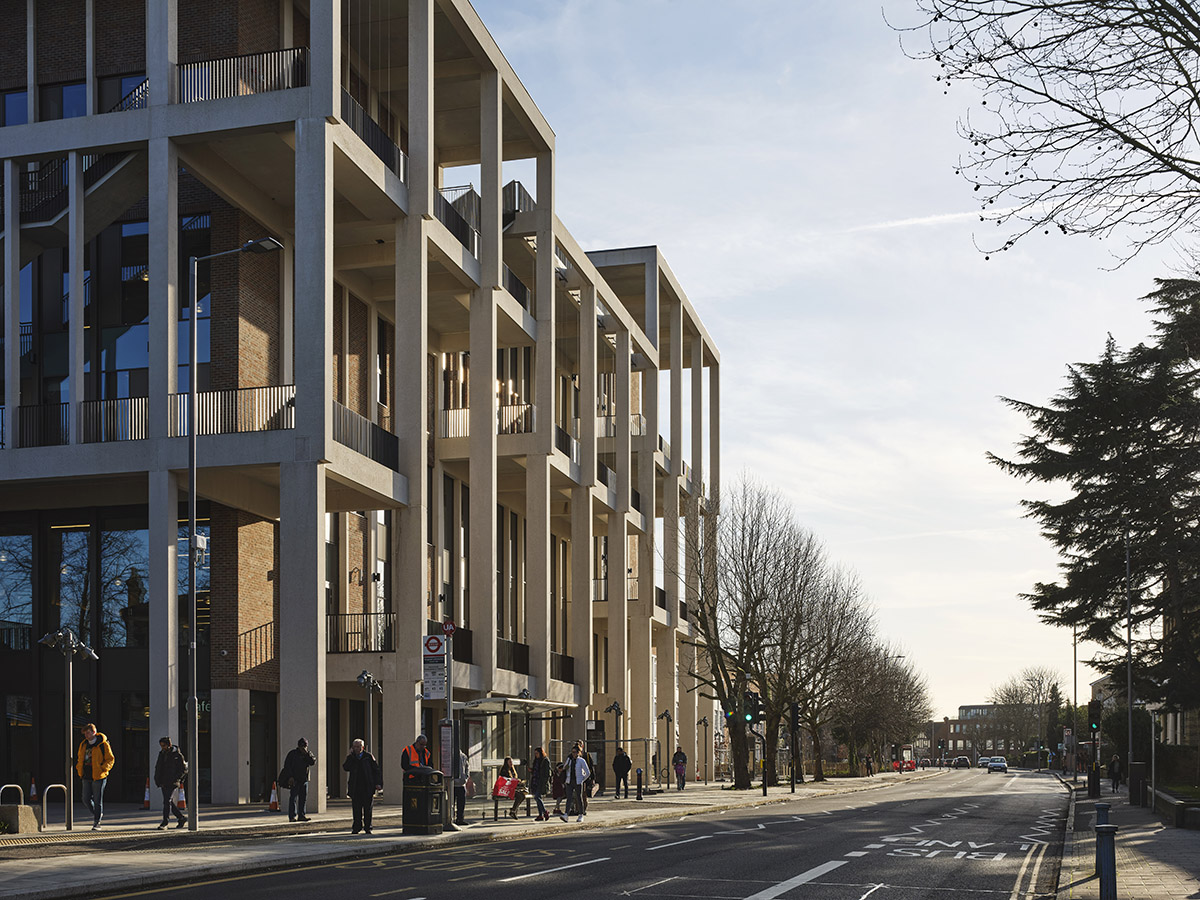 Grafton Architects designed the educational building at the Kingston University's Penrhyn Road campus in London. The building also consists of a covered internal courtyard, cafes and external balconies and walkways. 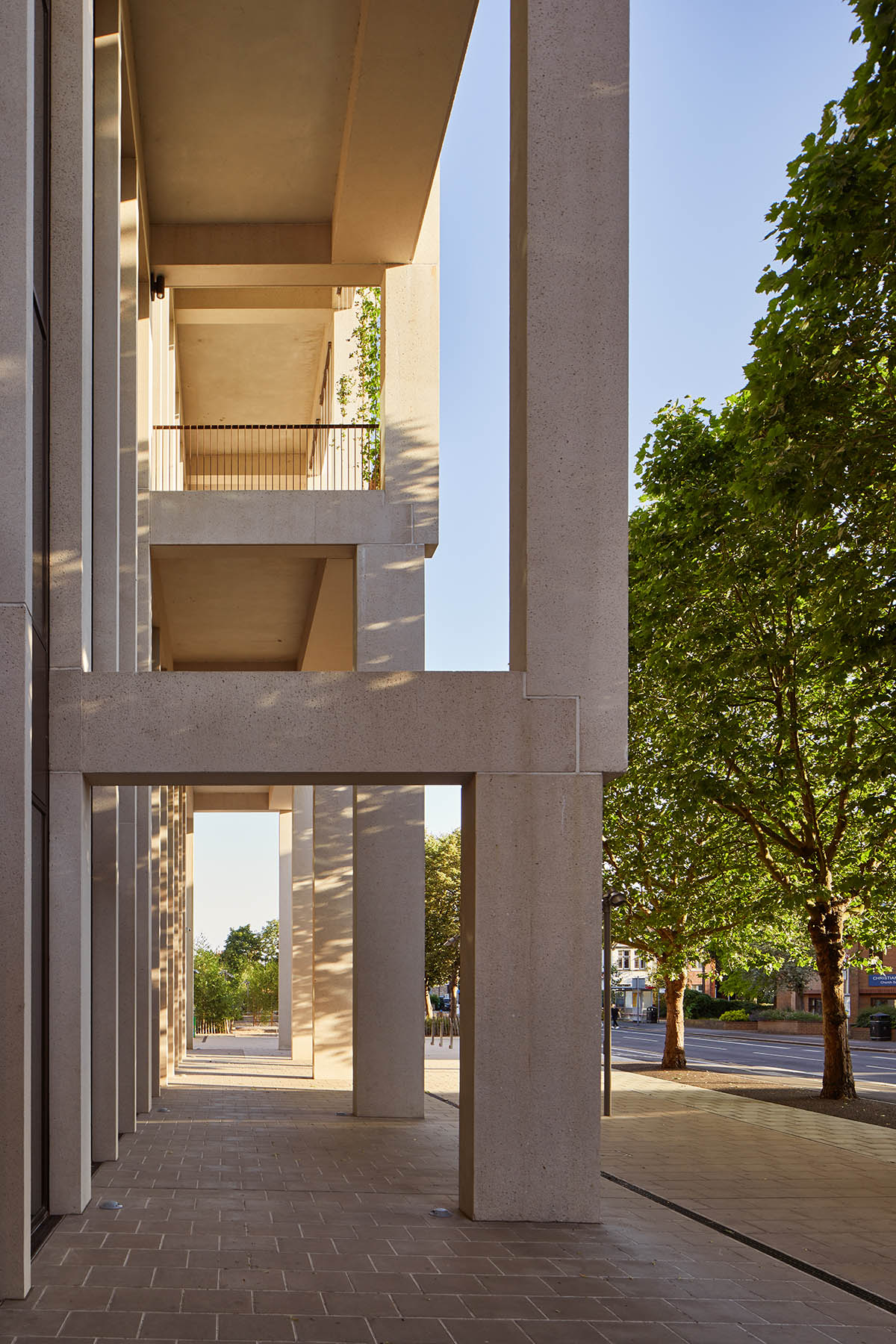 The building has special features to discover and instigates curiosity. The building is wrapped by stone colonnades and the architects devised a three-dimensional matrix in the general organization, converting the program into one singular complex space.

The building overlaps the various elements of the brief to one another, while at the same time giving each its own identity and privacy. 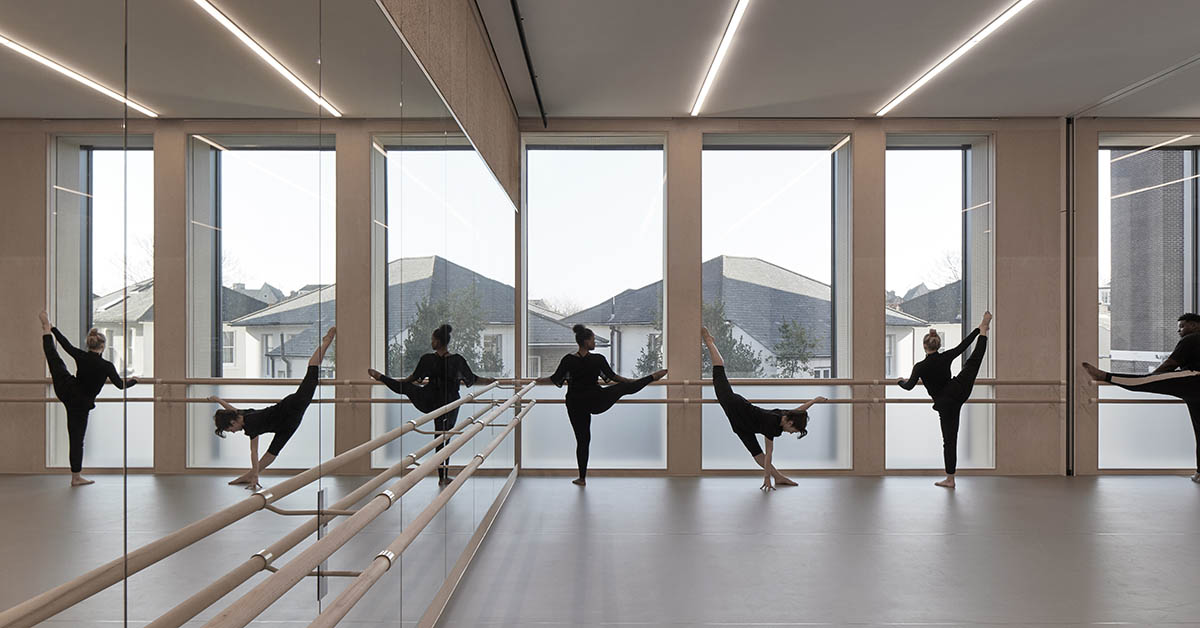 Conceived as a flexible layout, interiors spaces are interlocked each other, overlap and connect physically or visually each other. According to the architects, "this environment encourages collaboration and exchange." 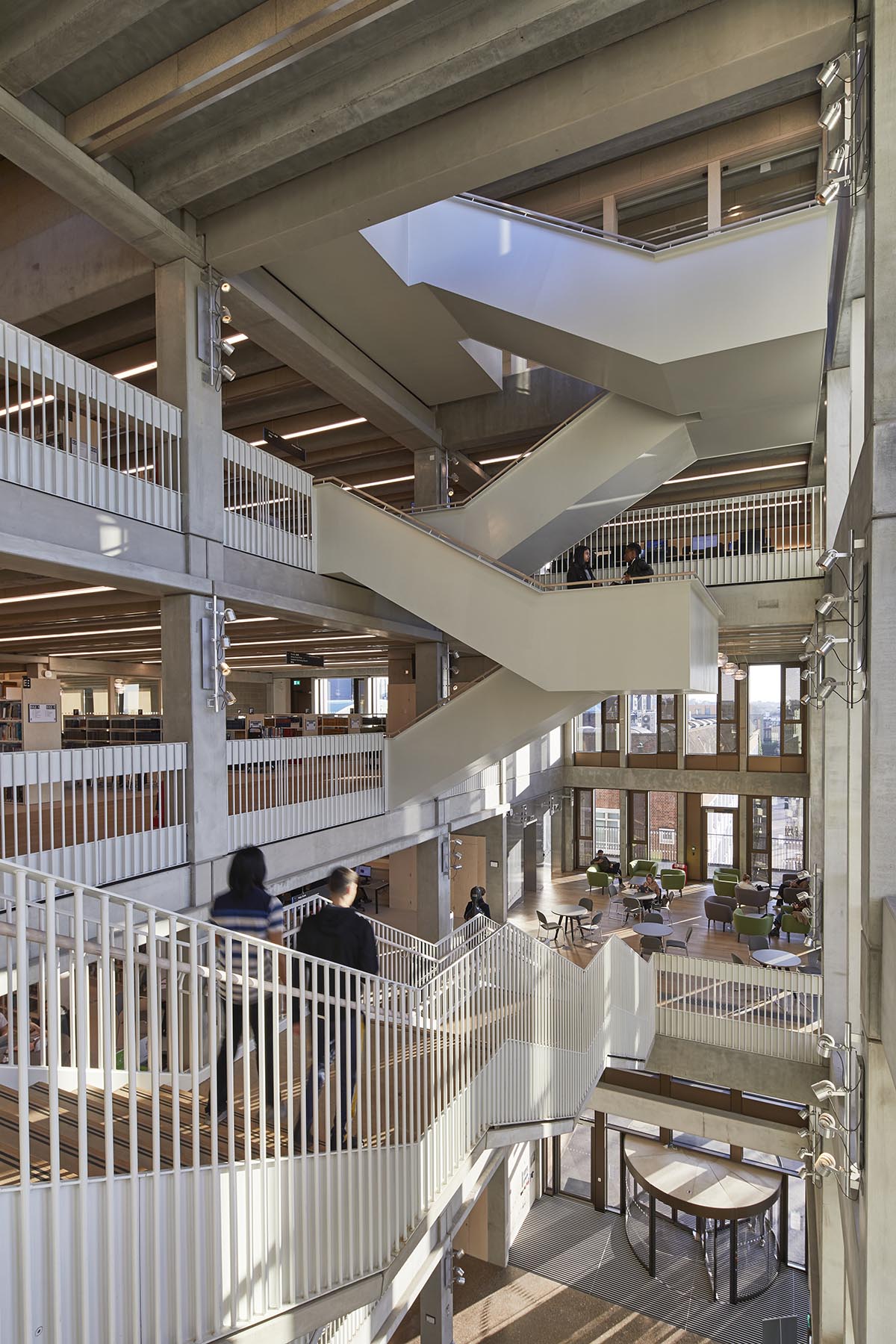 The Town House - Kingston University in London was selected from the five finalists, including 85 Social Housing Units in Cornellà de Llobregat by peris+toral.arquitectes - Frizz23 in Berlin by Deadline (Britta Jürgens + Matthew Griffin) - the Railway Farm in Paris by Grand Huit and Melanie Drevet Paysagiste and Z33 House for Contemporary Art, Design and Architecture in Hasselt by Francesca Torzo.

Grafton Architects was co-founded in 1978 by Yvonne Farrell and Shelley McNamara who have a strong expertise in educational buildings and two others - were nominated to the 2022 EUmies Awards – Institute Mines Télécom in Paris and Toulouse School of Economics in Toulouse. University Luigi Bocconi in Milan was finalist in 2009. 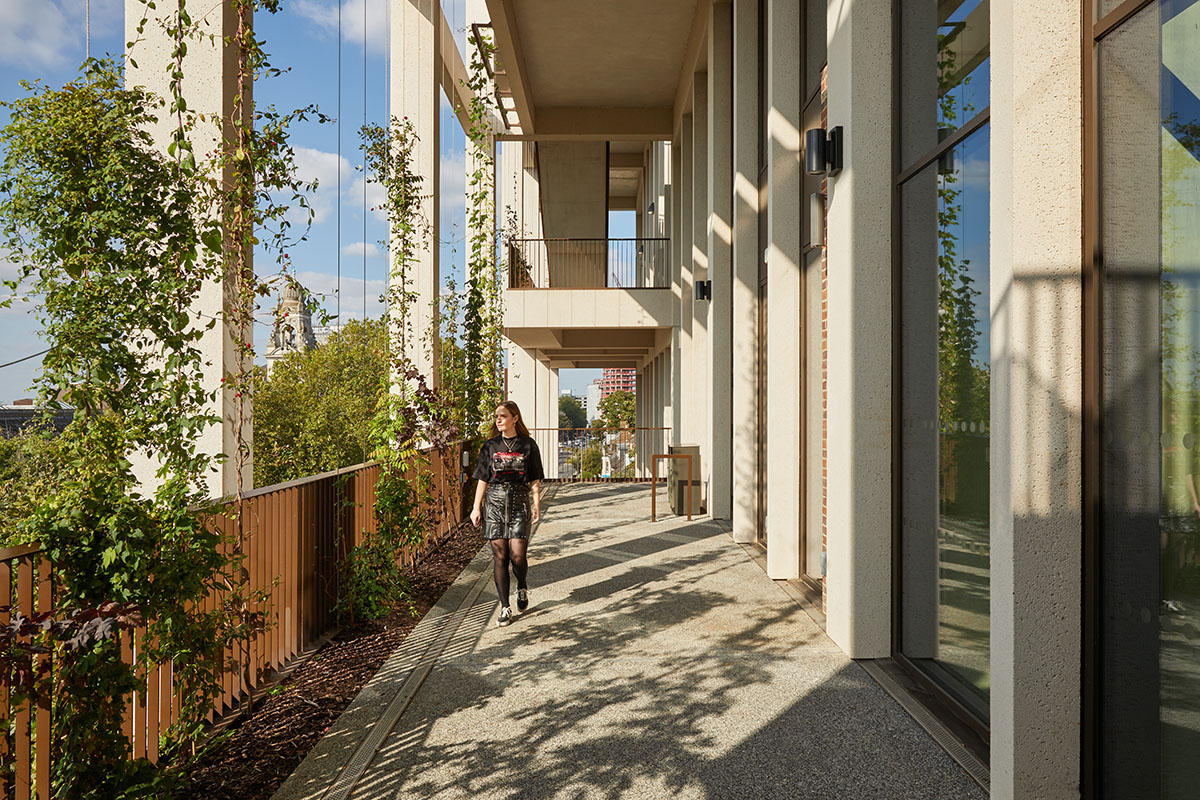 The 2022 Emerging Architecture Winner has been named as the La Borda cooperative housing designed by Lacol in Barcelona. The Jury of the Prize highlighted "the importance of architecture that delves into the possibility of changing mindsets and policies and the relevance of inclusiveness."

The The Awards Ceremony will take place on 12 May 2022 at the Mies van der Rohe Pavilion in Barcelona. 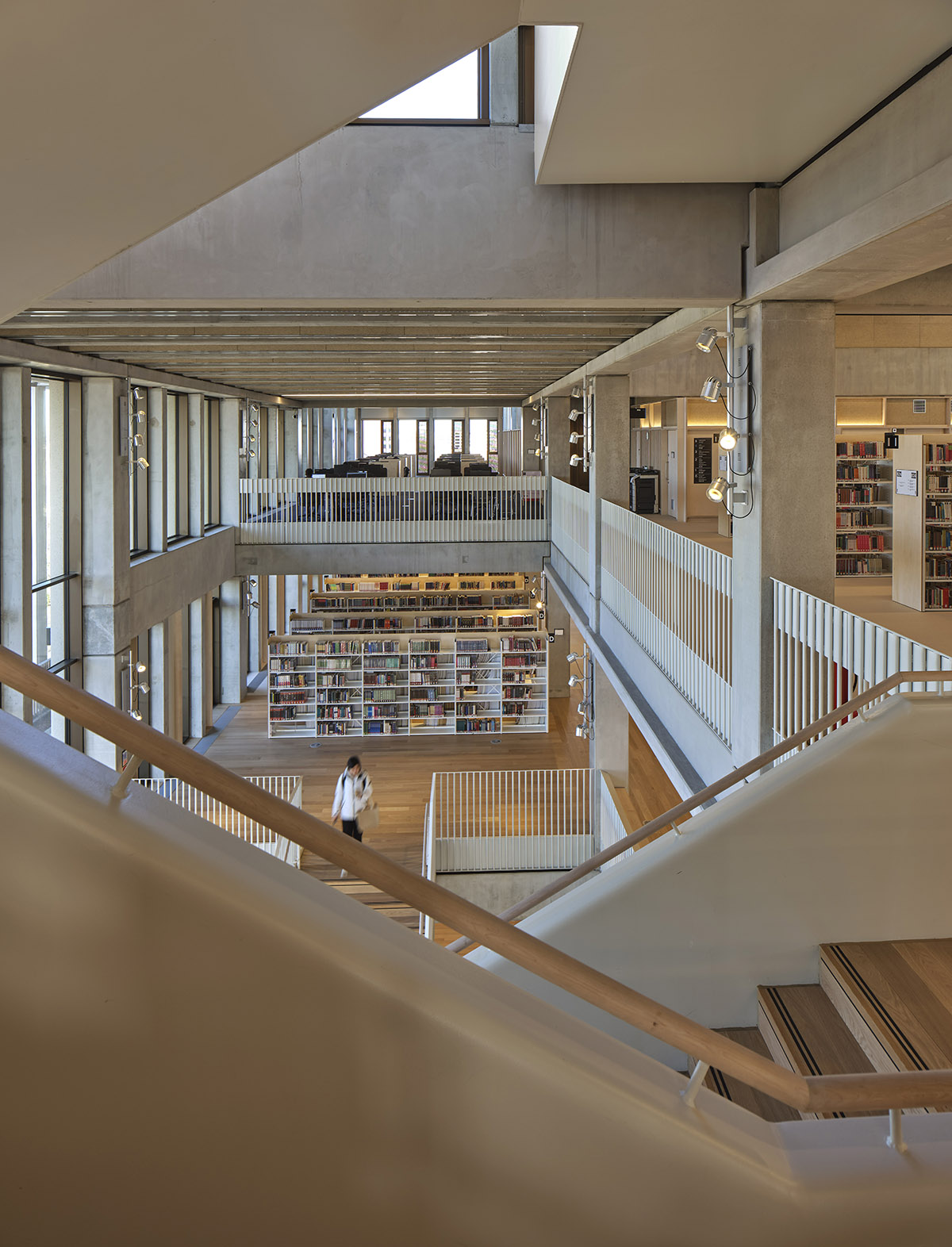 The Mies van der Rohe Awards also stated that "The 2022 Prize edition is the last edition under which the UK was eligible and therefore the Town House has been able to win. In the funding period 21-27, UK entities are not eligible to participate in EU grants procedures by default, since the UK became a third country with the entry into force of the EU-UK Withdrawal Agreement signed on 1 February 2020."

This will be an open event that will include: the Awards Ceremony at the Mies van der Rohe Pavilion, with Mayor of Barcelona, Mrs. Ada Colau, European Commissioner for Innovation, Research, Culture, Education and Youth, Mrs. Mariya Gabriel, and the President of Fundació Mies van der Rohe, Mrs. Janet Sanz. 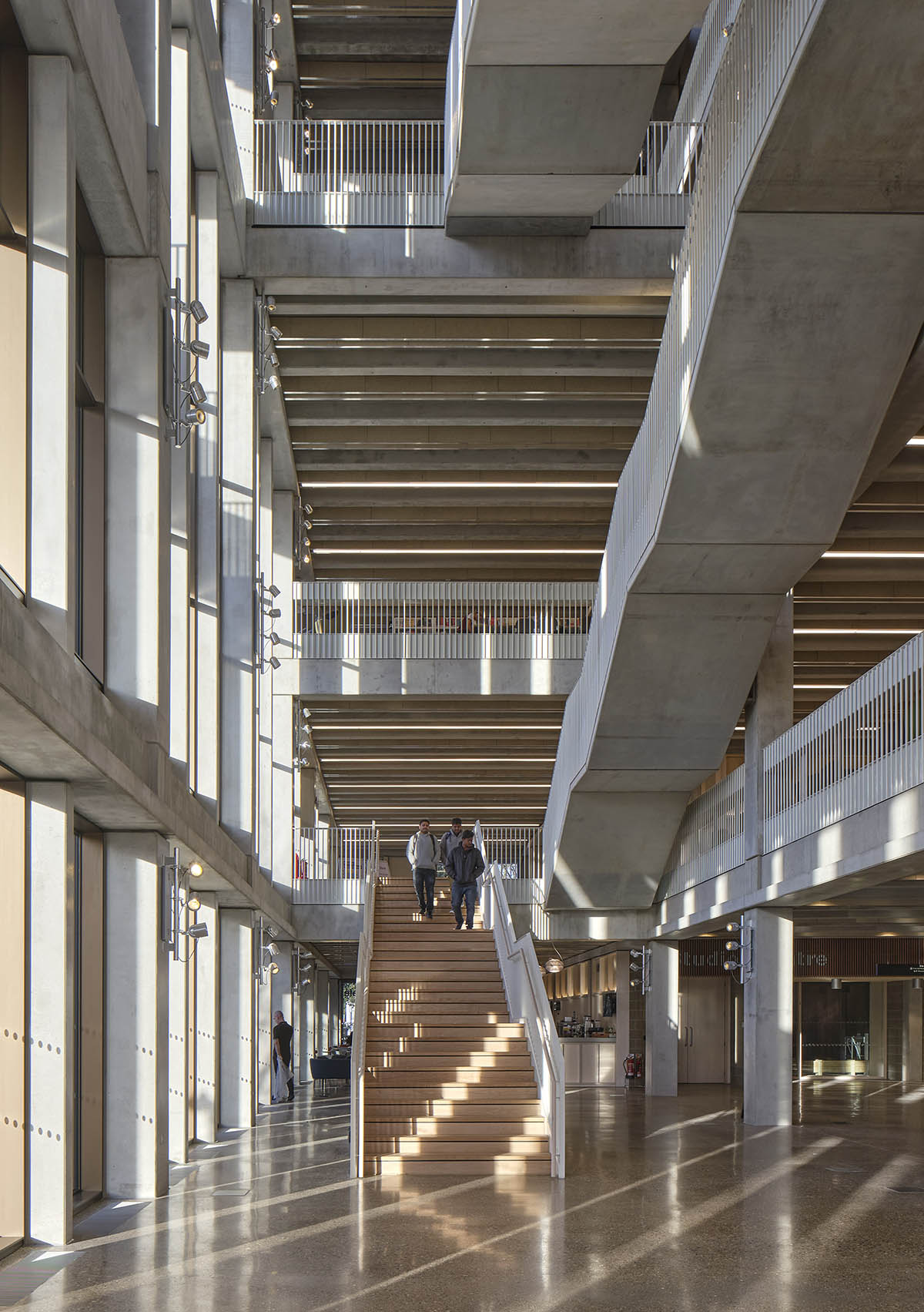 "I congratulate the winners of the EU Prize for Contemporary Architecture – Mies van der Rohe Award, who have demonstrated the creative and innovative potential of European architecture," said Commissioner for Innovation, Research, Culture, Education and Youth, Mariya Gabriel.

"It is particularly encouraging to see the contribution of contemporary architecture to improving the well-being of citizens in Europe like we are also doing with the New European Bauhaus," Gabriel added. 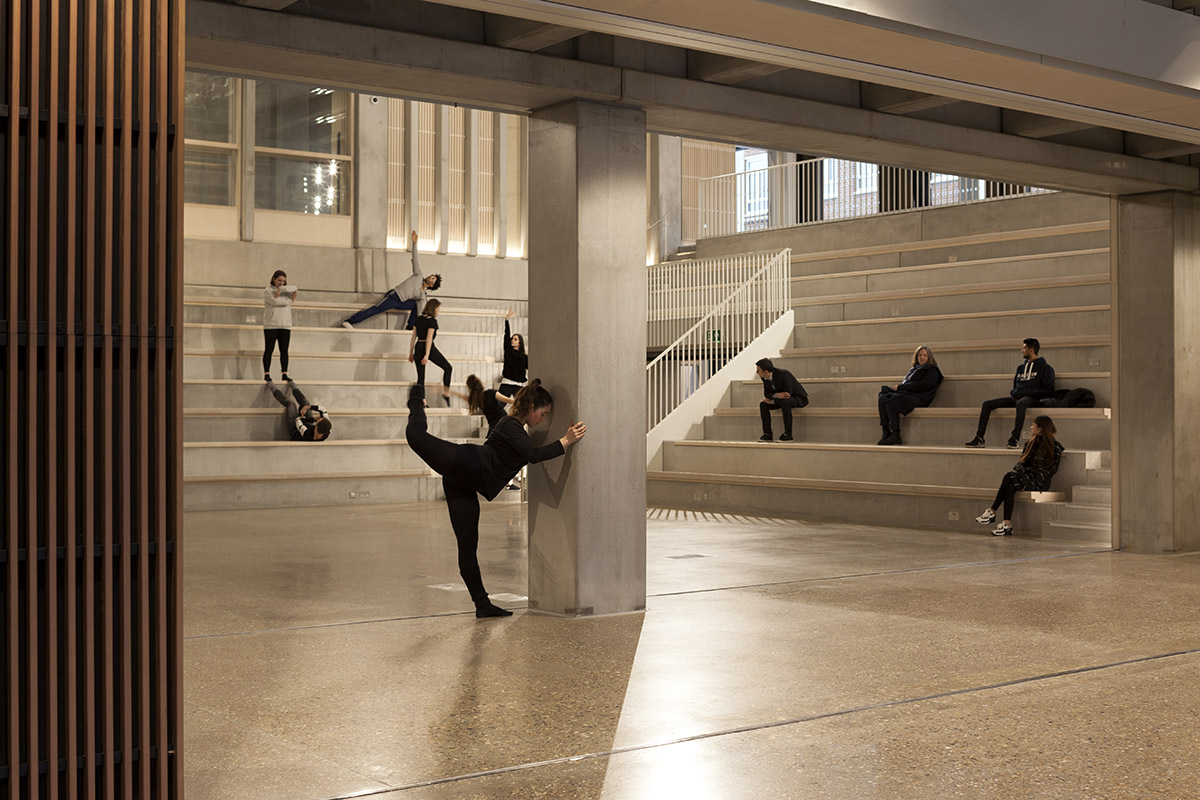 The Prize was co-funded by the Creative Europe Programme and the Mies van der Rohe Foundation. 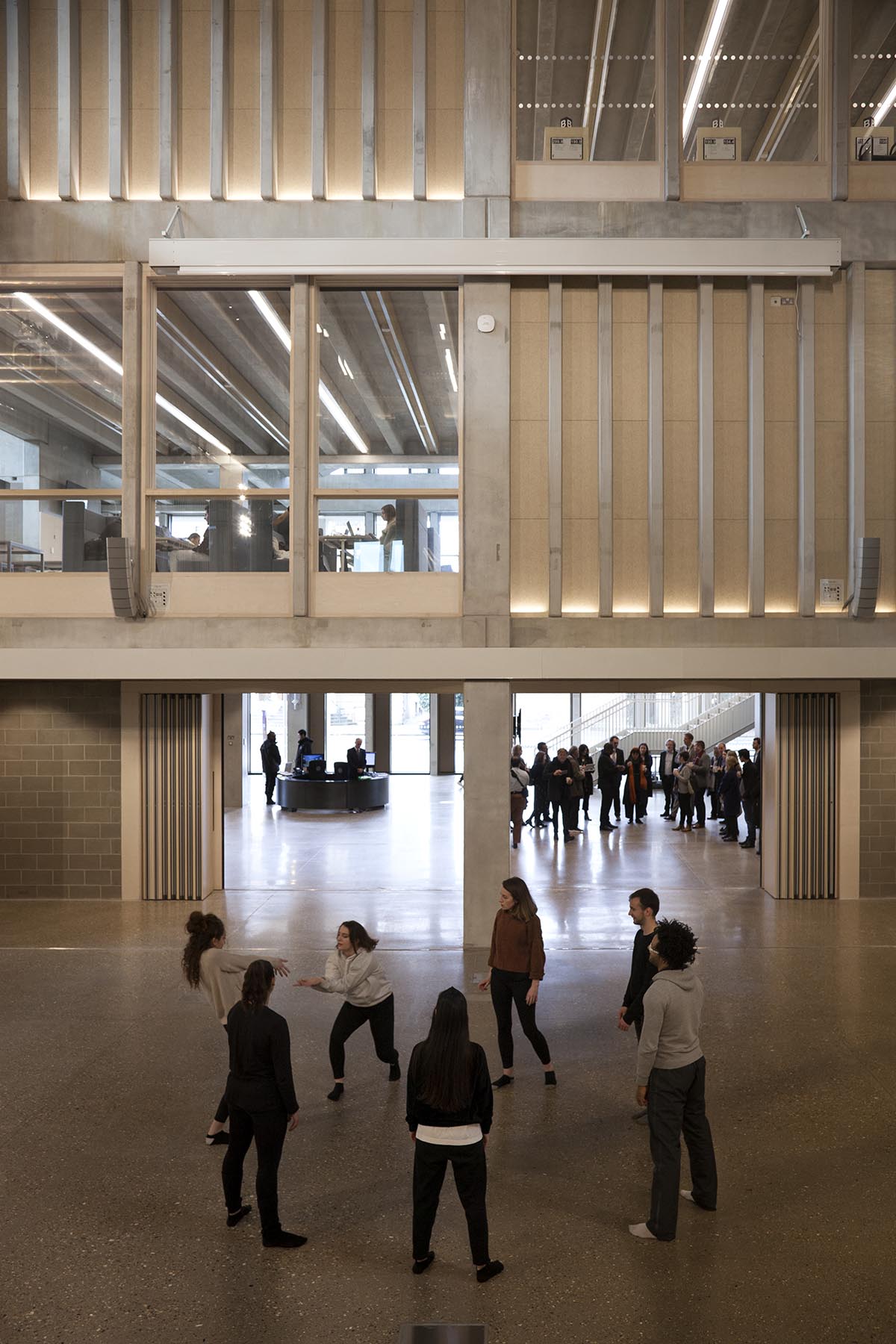 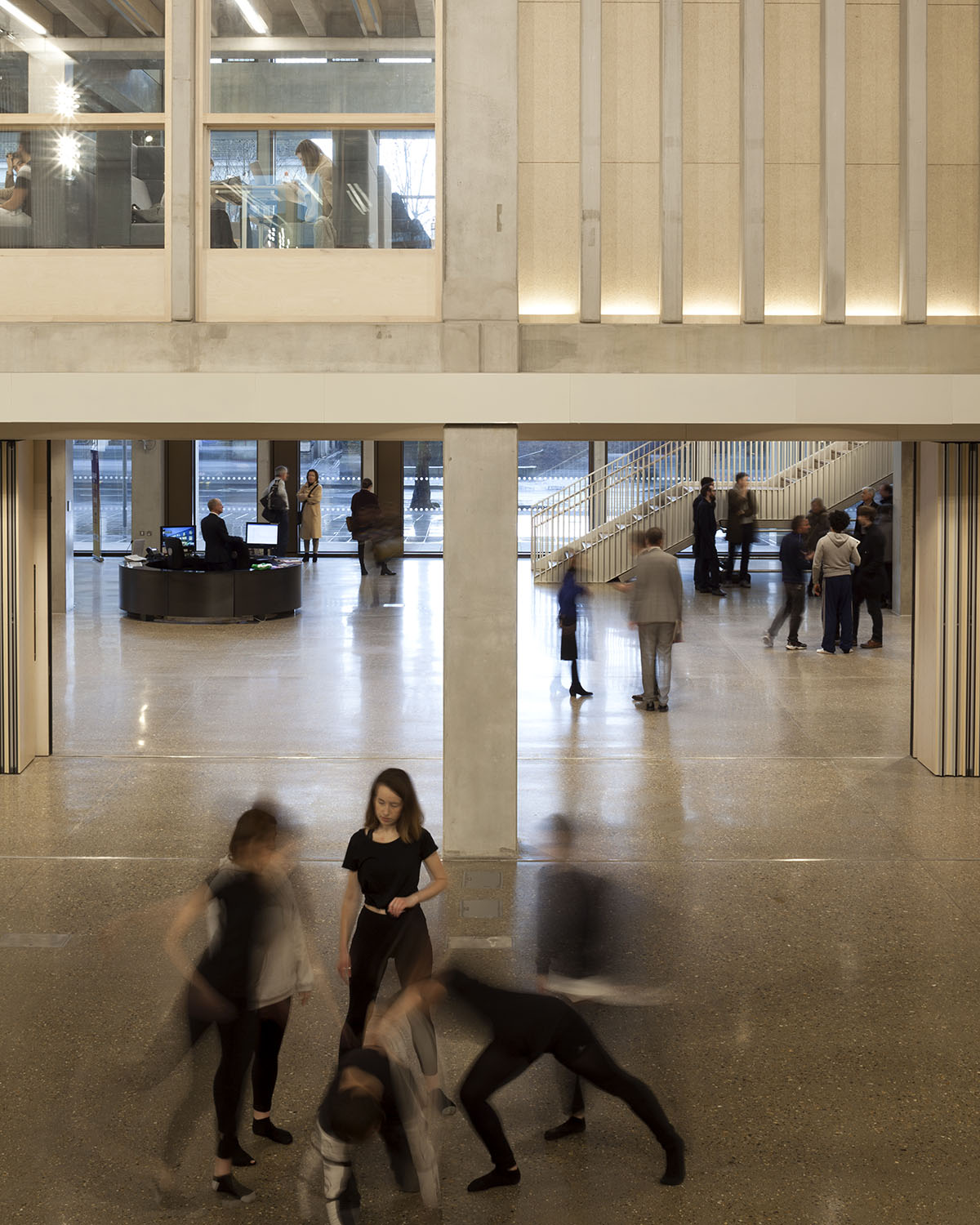 The event will also present the “EUmies Awards 2022 exhibition” (1-12 May) with models, texts, videos, sketches and drawings of the 40 shortlisted works and a summary of all 532 nominees at ESklandestino, c/ Mèxic 3, Barcelona.

The event will also house the “EUmies Awards Talks” which will allow Winners, Finalists, Shortlisted, clients, architecture media and people interested in discussing on the emerging topics highlighted by the Jury. The programme can be found here.

The overall winner of the Mies van der Rohe Award will receive €60,000.