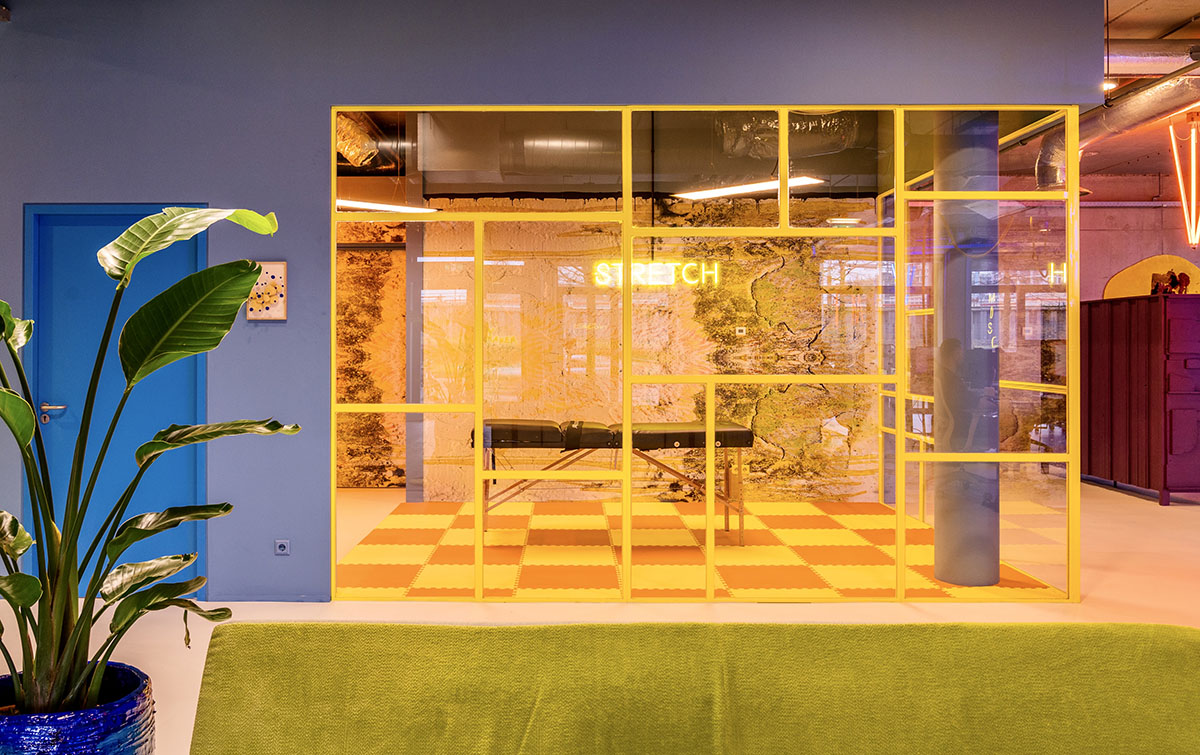 Named AN Amsterdam Office, the 650-square-metre area was created for a tech company, called CVMaker, in Amsterdam and contains a combination of open and workspaces, with meeting rooms, bar, play areas, stretch and gym area, open plan communal areas, and event rooms that can be used for events and conferences. 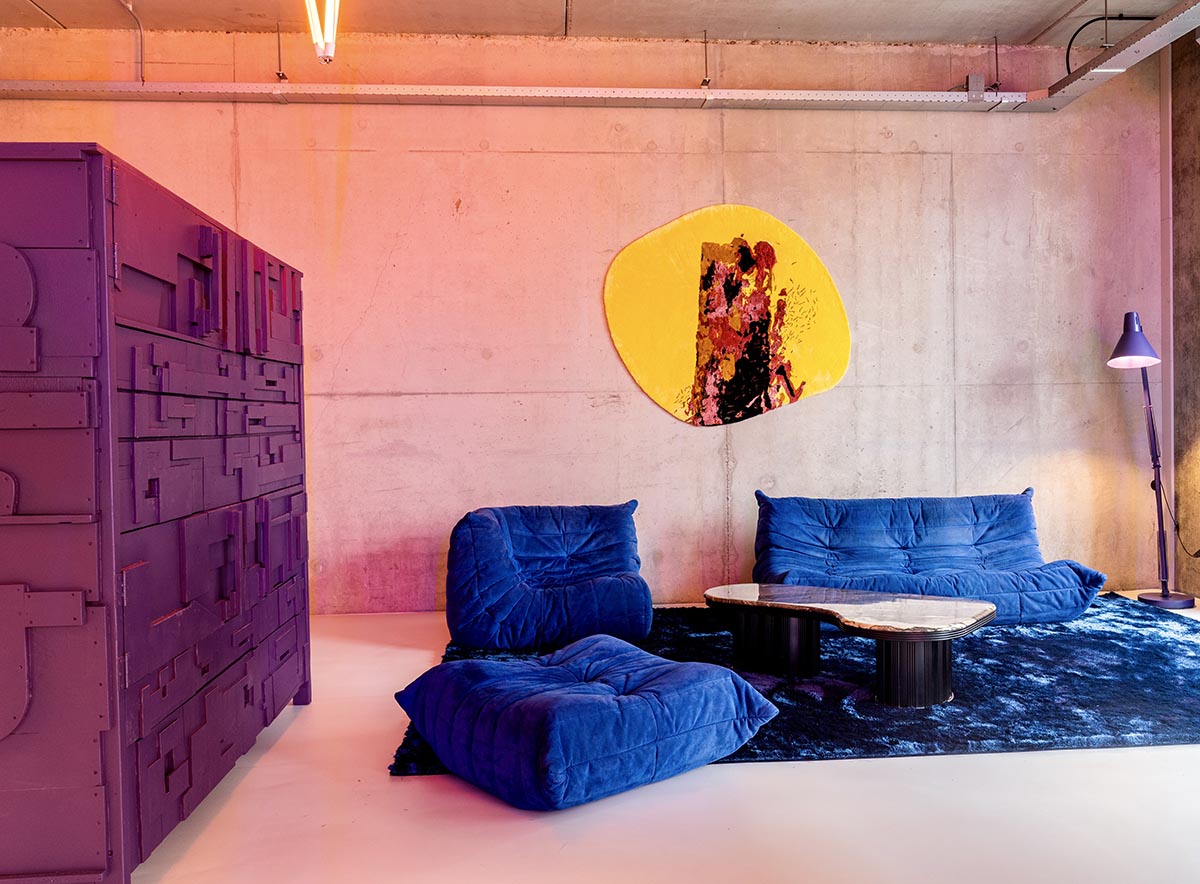 The interiors emerge as "an abstract funky space mixed with waves of furry wool and colorful arty interiors."

"Since I work across art, tapestry, furniture design, interior and spatial design this space gave room to implement it all," said Sandra Keja Planken. 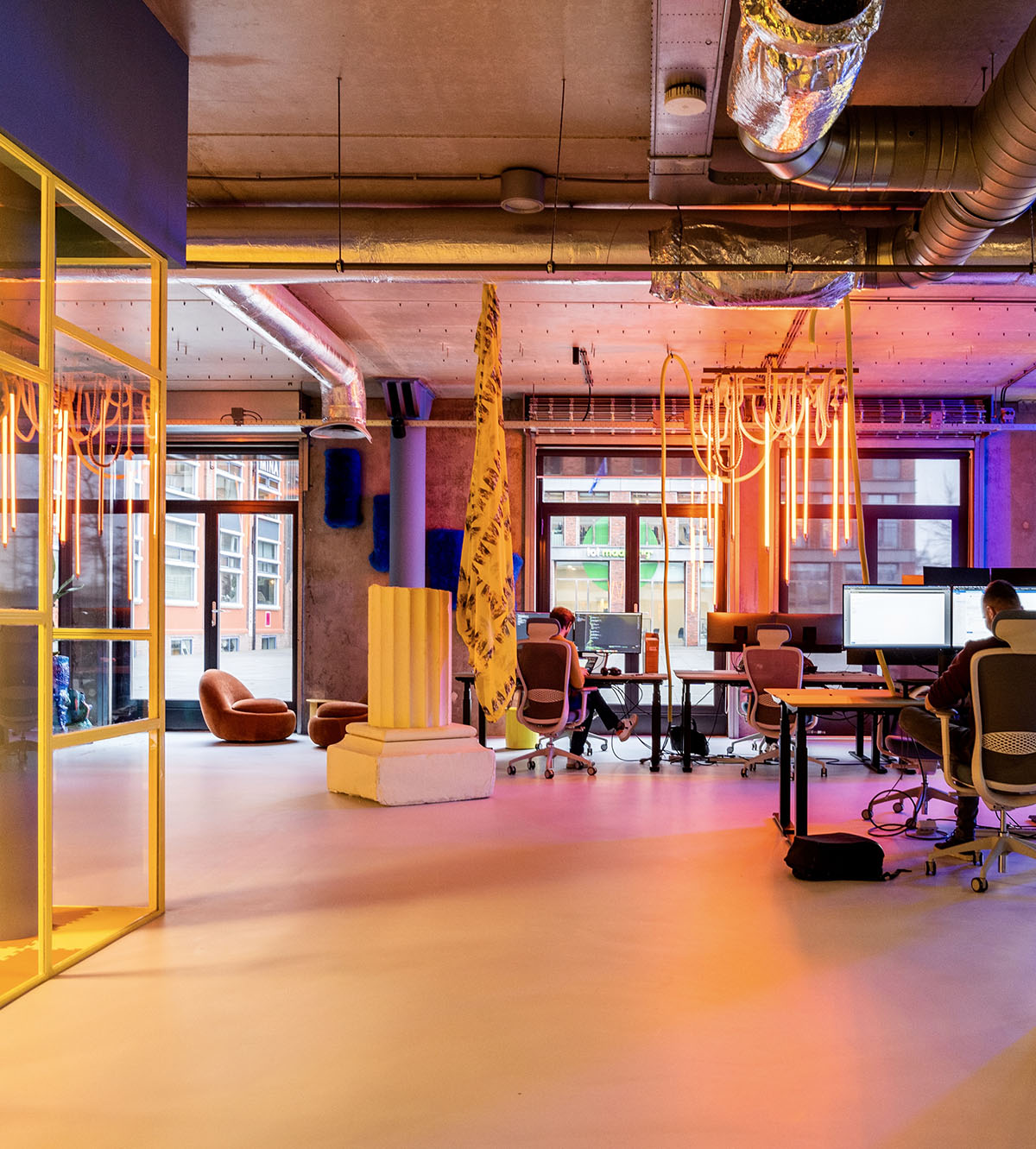 Sandra Keja Planken, whose works are about humans, nature and human nature, converted the existing office building by maintaining the company's corporate identity. 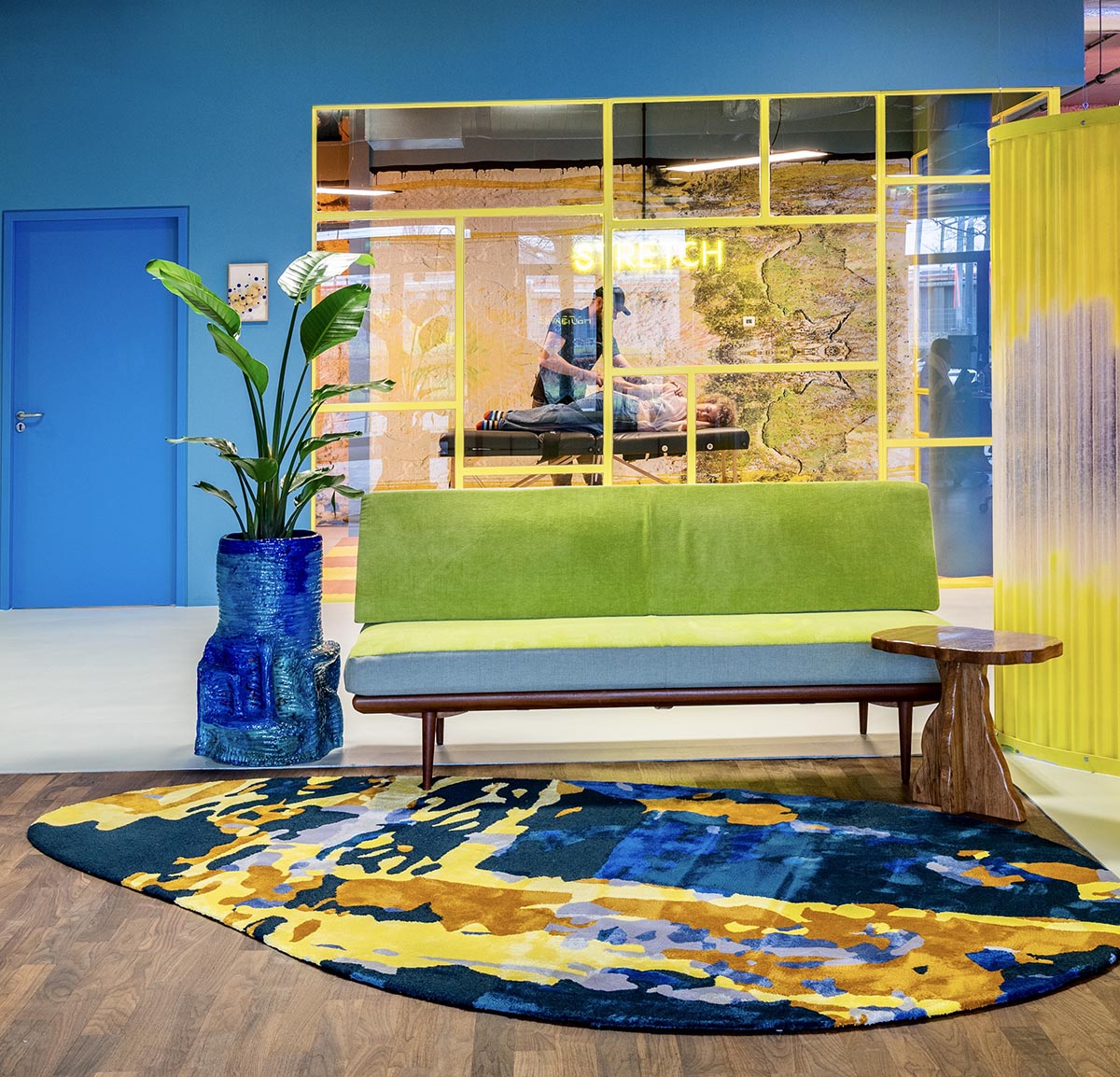 While extending the space, she translated the values of the company into a design that oozes a “maximalist bold abstract and modernistic feel”.

"I love creating multidisciplinary yet funky designs, and simultaneously I feel the need to add something extra with soft layers of wool," she said. 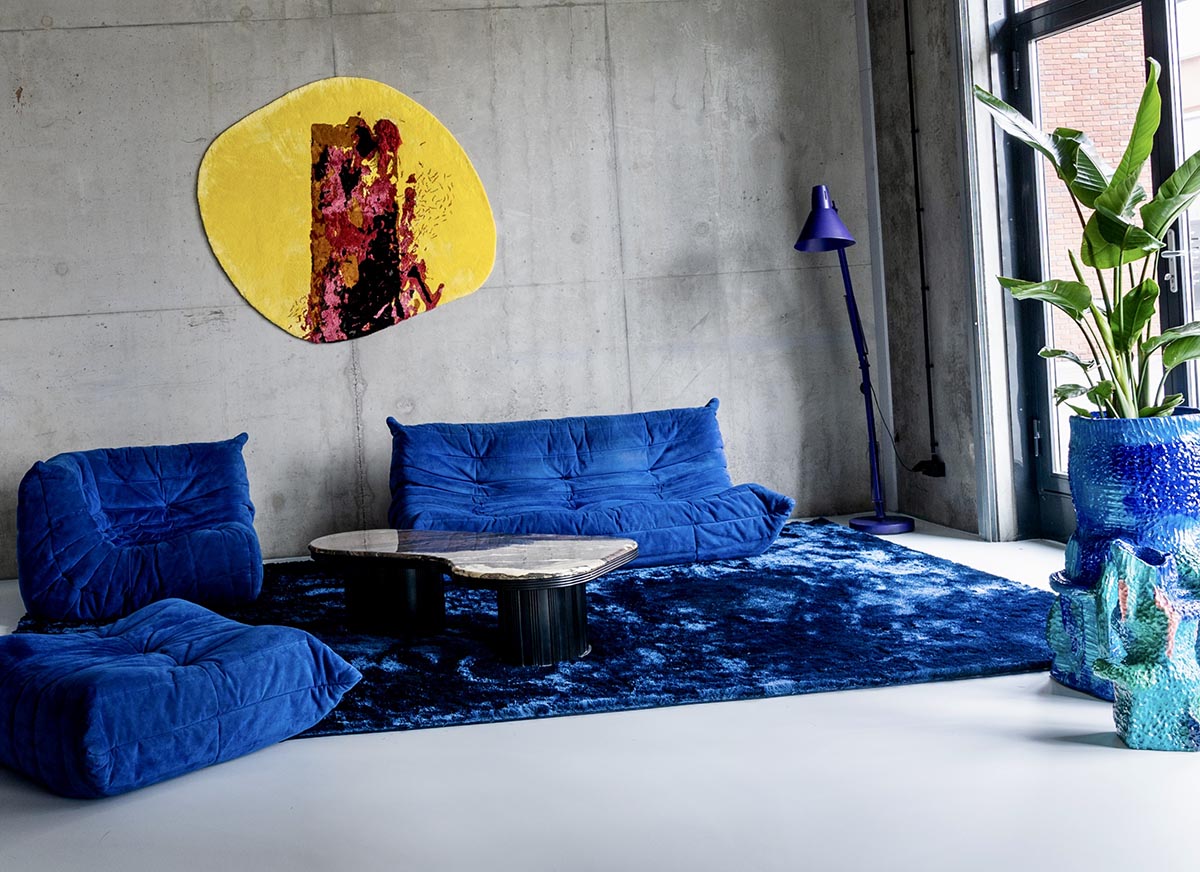 She added that "Modernism with a funky twist shapes wonderfully with splashes of color and new unfamiliar objects and craftsmanship from lots leftover or vegan materials."

"Informed by the beam me up scotty circle I chose a deep blue color for the walls of the office and used this deep sky blue to enhance the incoming light," she continued in a project description. 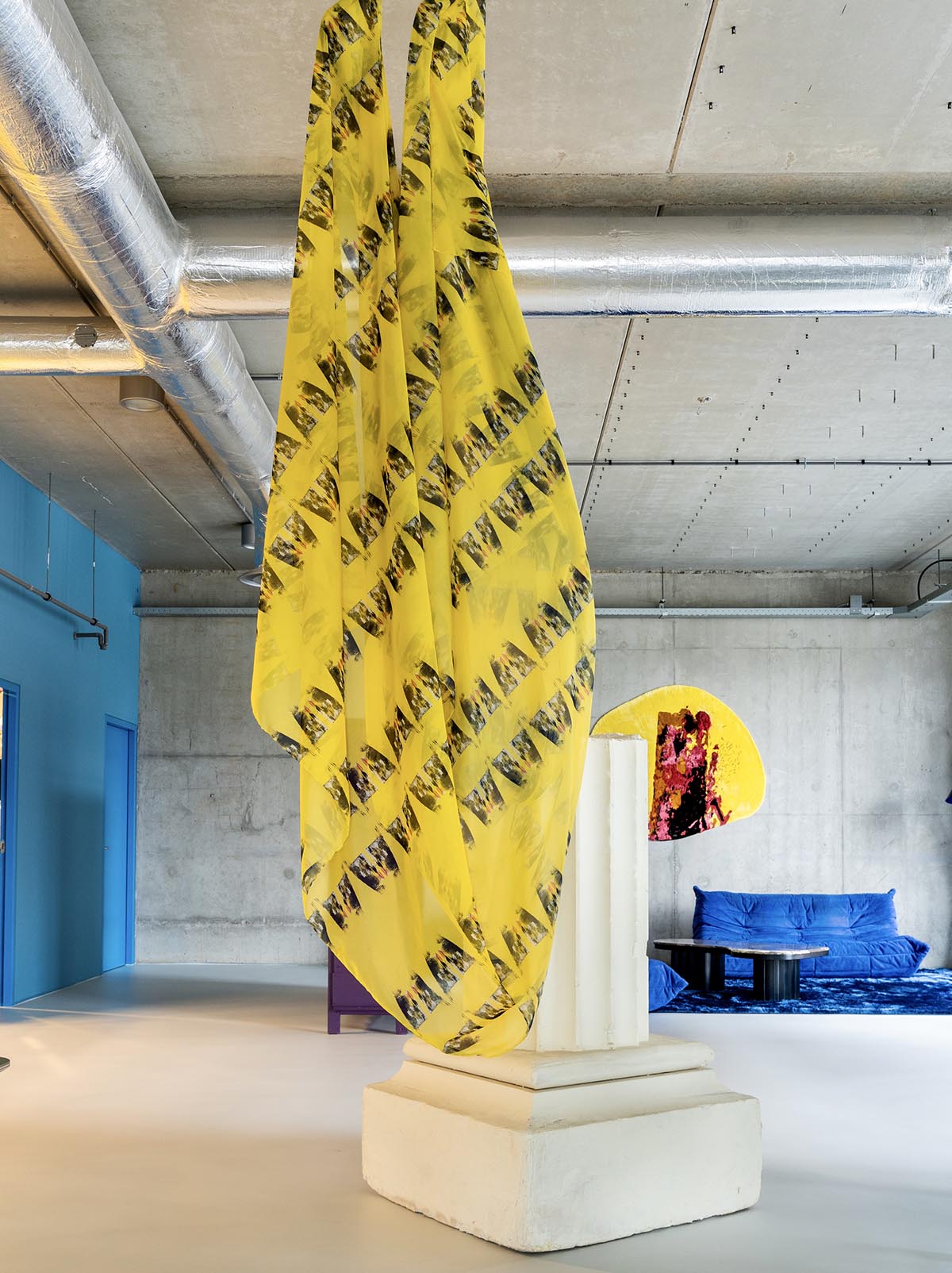 According to the designer, special rounded shapes and dark colors were more recognizable elements for the space throughout the design process.

For example, the ocean of blues and clashing bright colors with rare funky objects are used in the reception area at the entrance of the office. 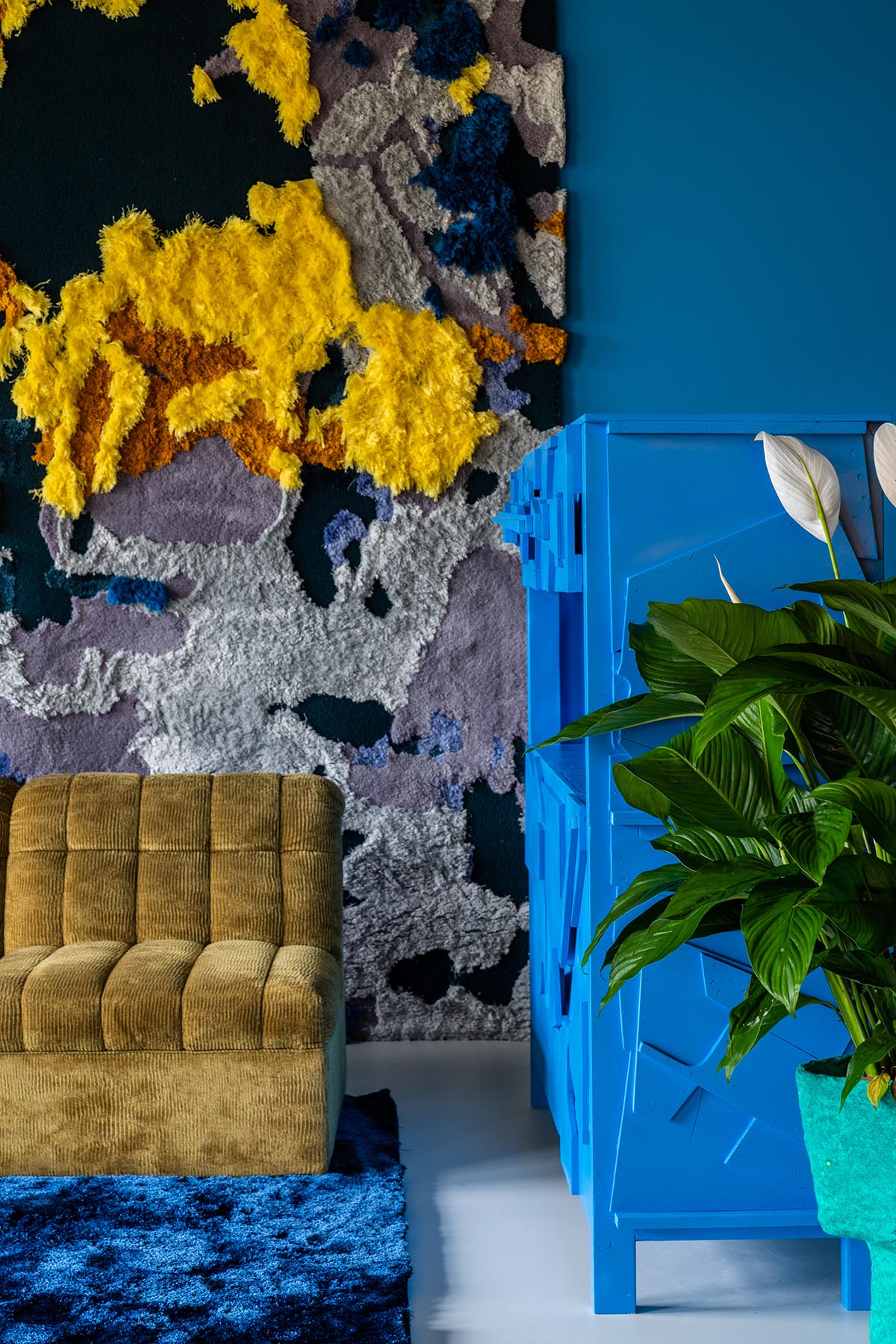 Walls and raw ceiling create a colorful contrast, which is framed by a wooden floor, while the yellow and green surrounding is used for meeting area. Besides, the designer adds several arty acoustic tapestries, made from vegan eucalyptus yarns, to the walls throughout the interior.

The designer added that "These are combined with her own and other craftsman next to bespoke vintage furniture design to give it and absurdist feel." 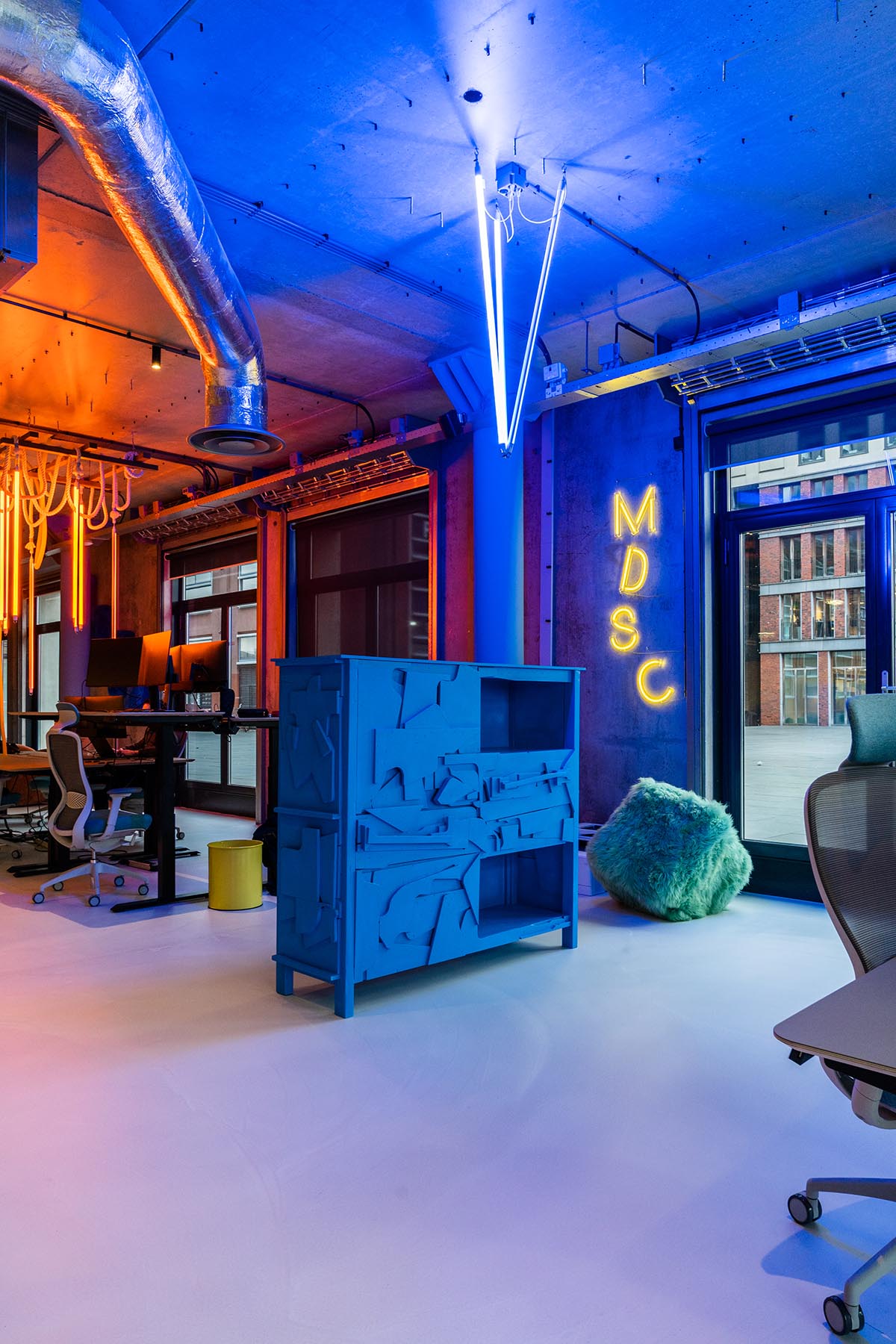 The team also developed a street art visual language with iconography and signage so that staff and guests can easily navigate through the space.

The team added a neon tech feel to create an even more wonky and weird feel, added by an even larger play room for the staff to enjoy. "I wanted to move away from the general perception of how office spaces should look like nowadays," added the designer. 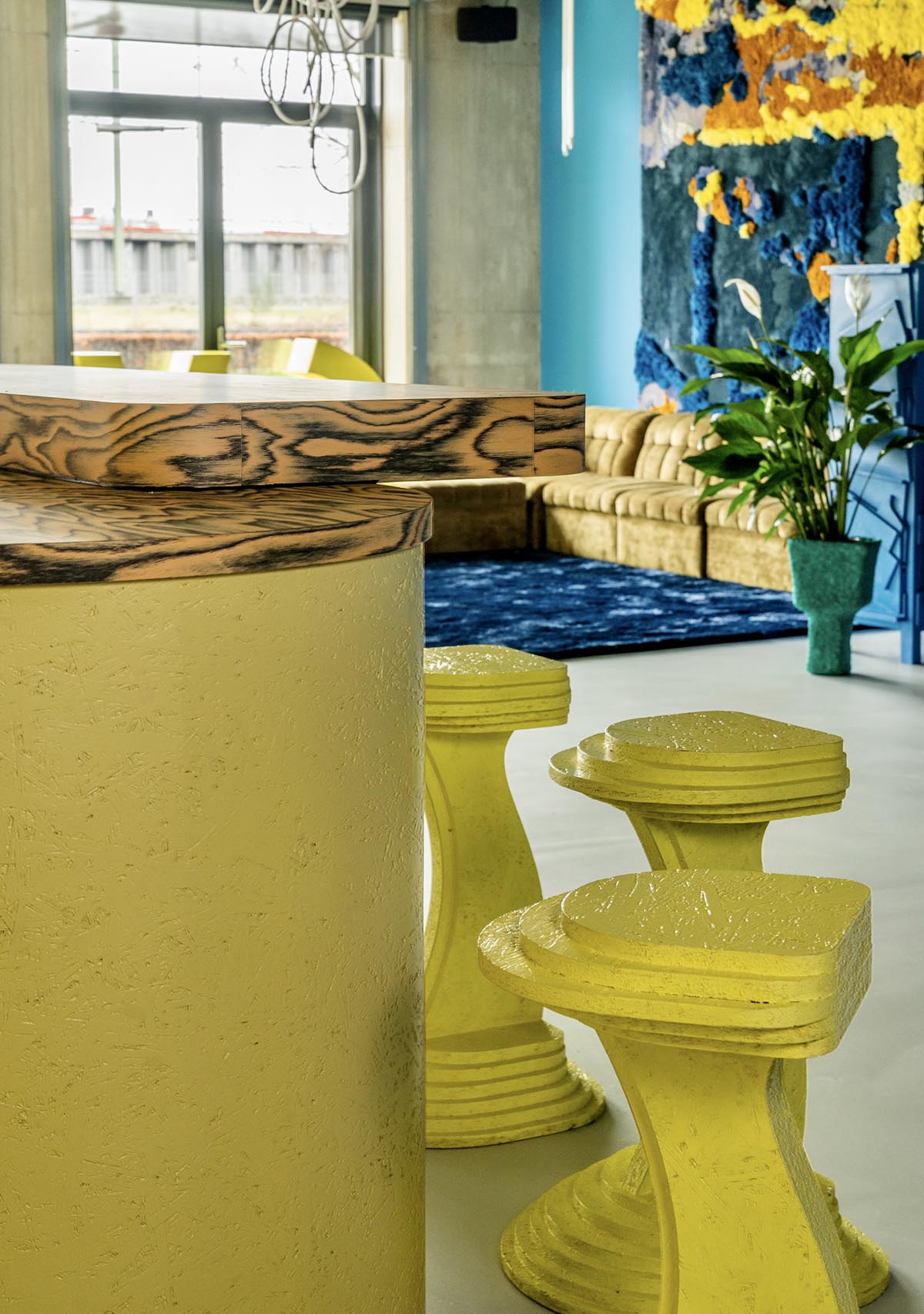 "A space or object I create is never just one layer. It’s a multilayered landscape with a mixture of playful designs for an inspirational feel. The goal here was to get all employees out of their tech world into a new experience every day," said Sandra Keja Planken, the founder of Studio Noun. 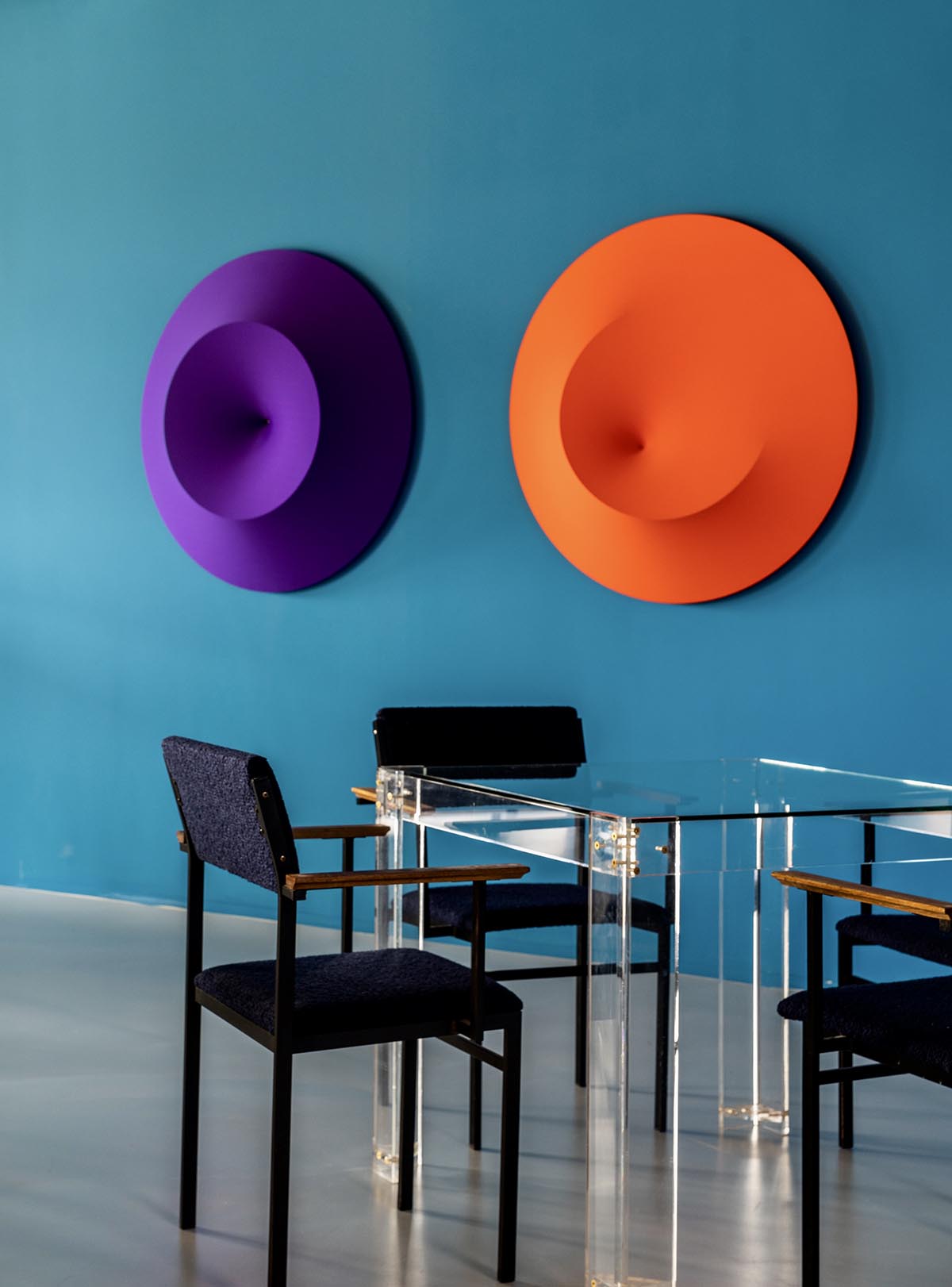 According to the designer, colorful office interiors are getting more popular and becoming a rising trend. She said that "This particular space was created in less than six months with lots of bespoke items from myself and befriended designers." 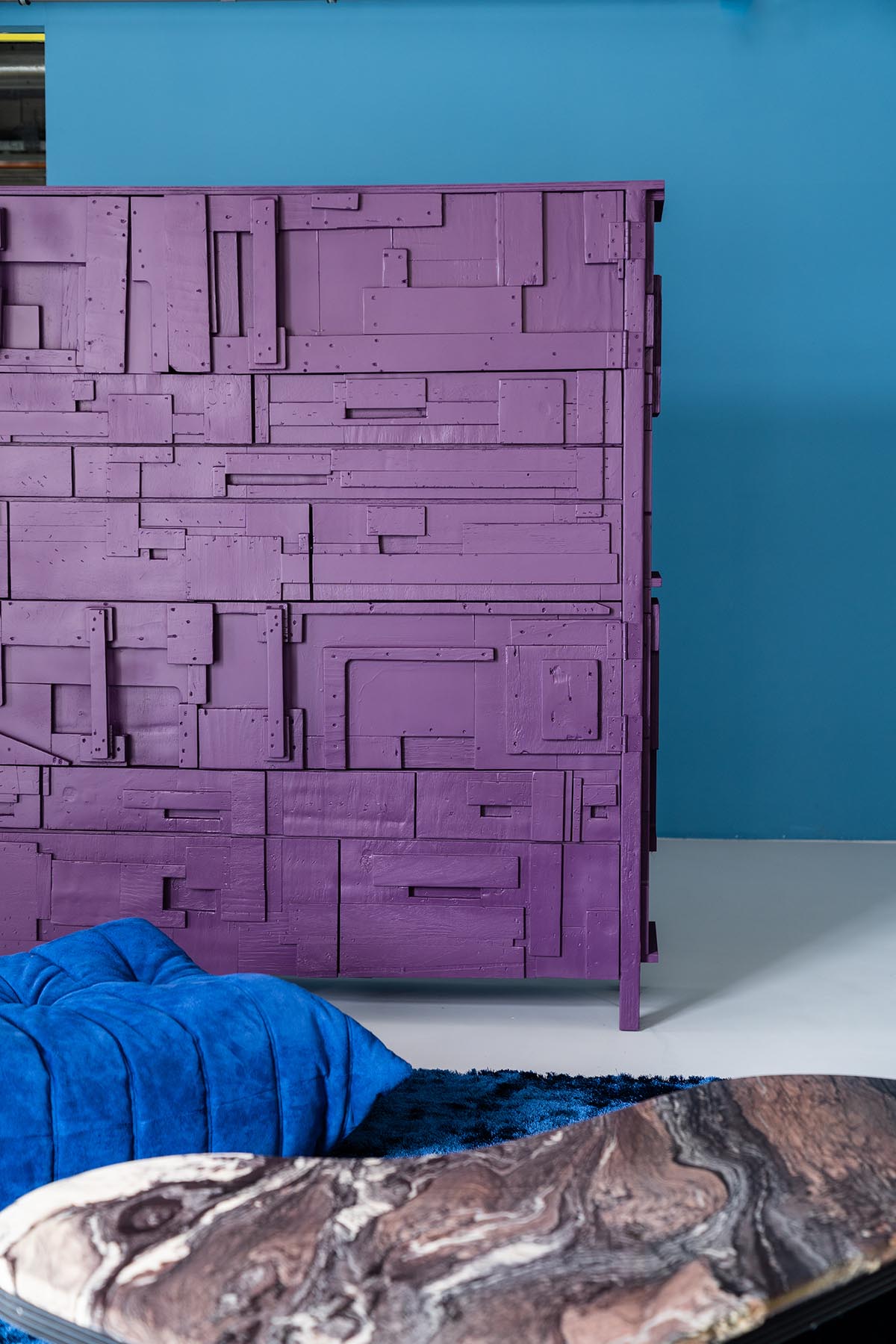 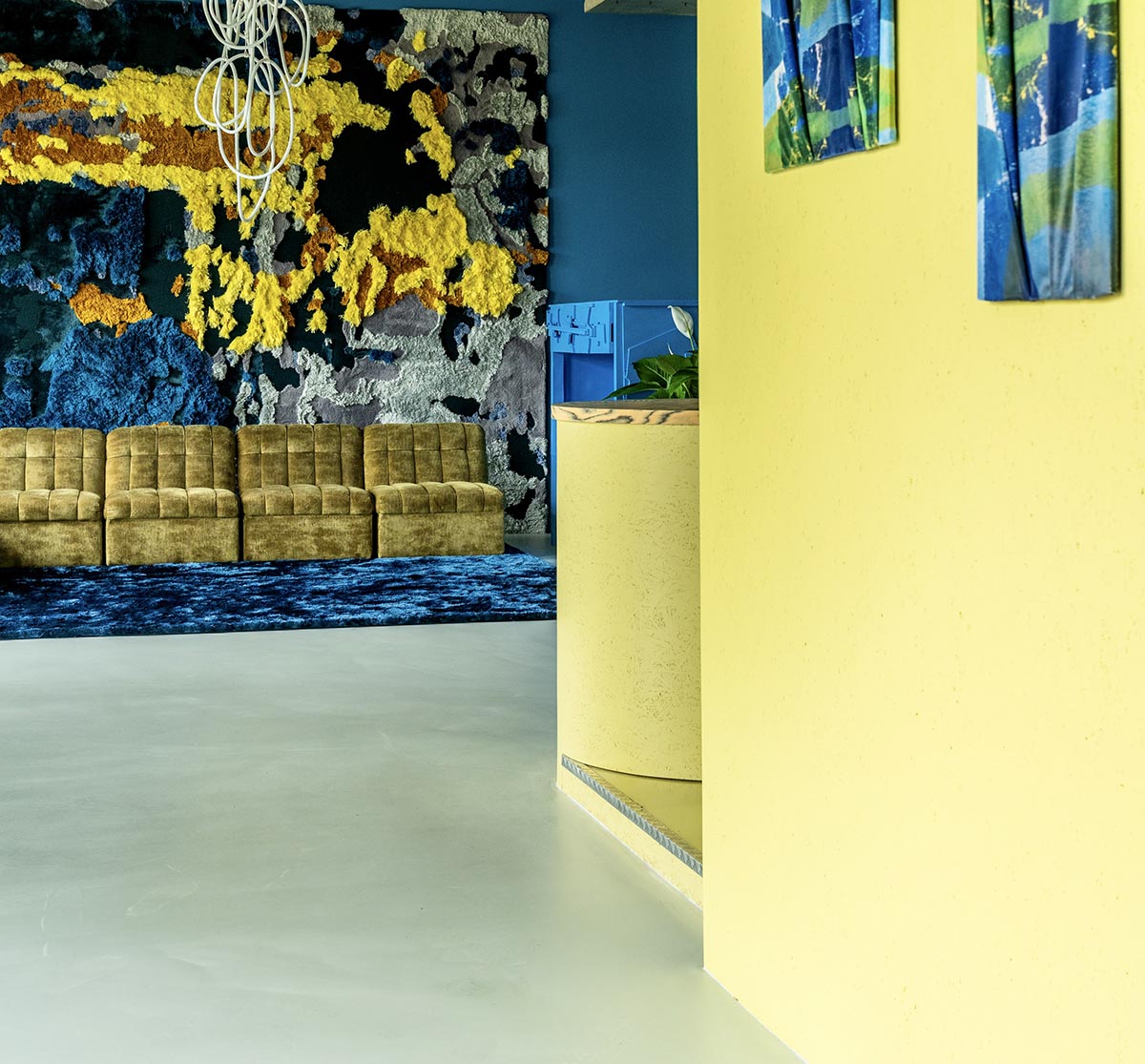 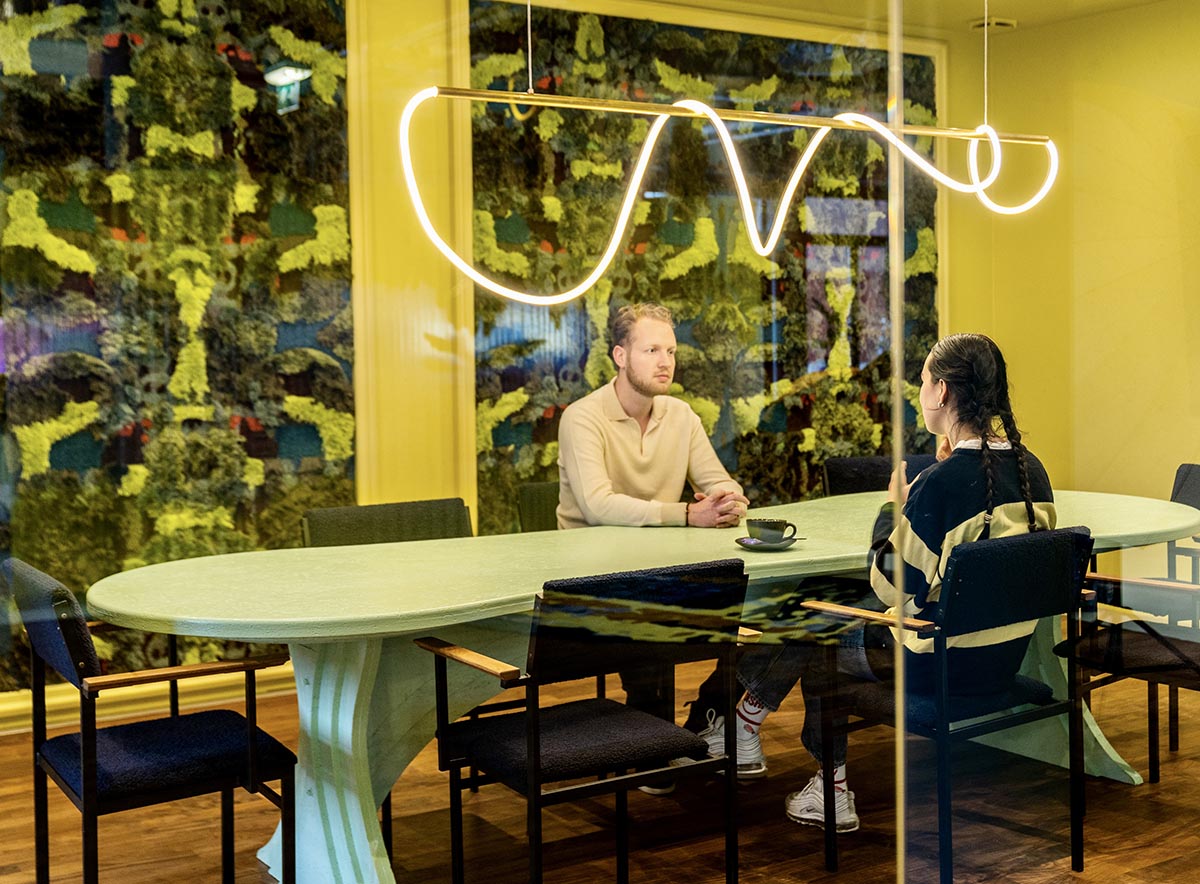 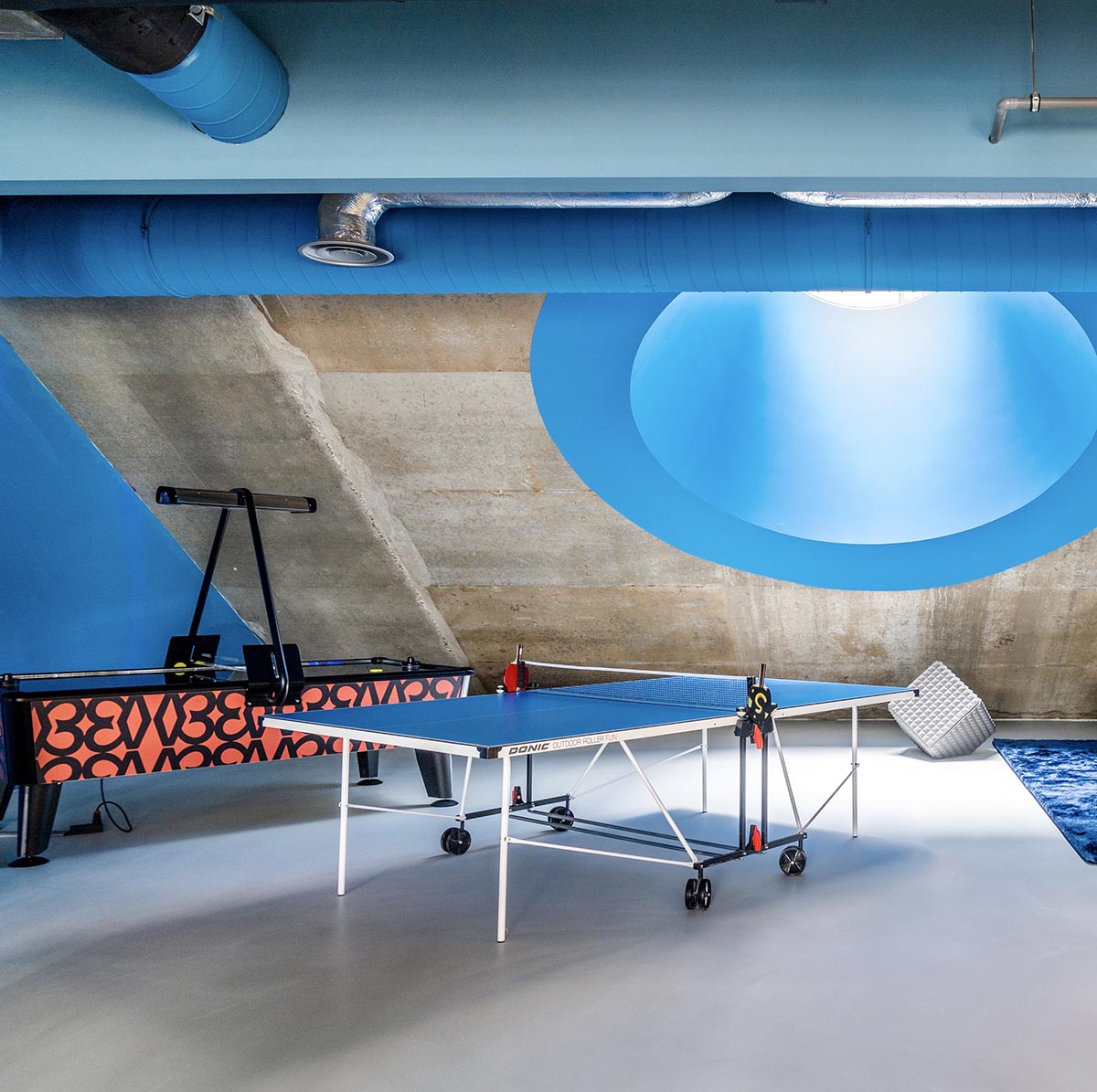 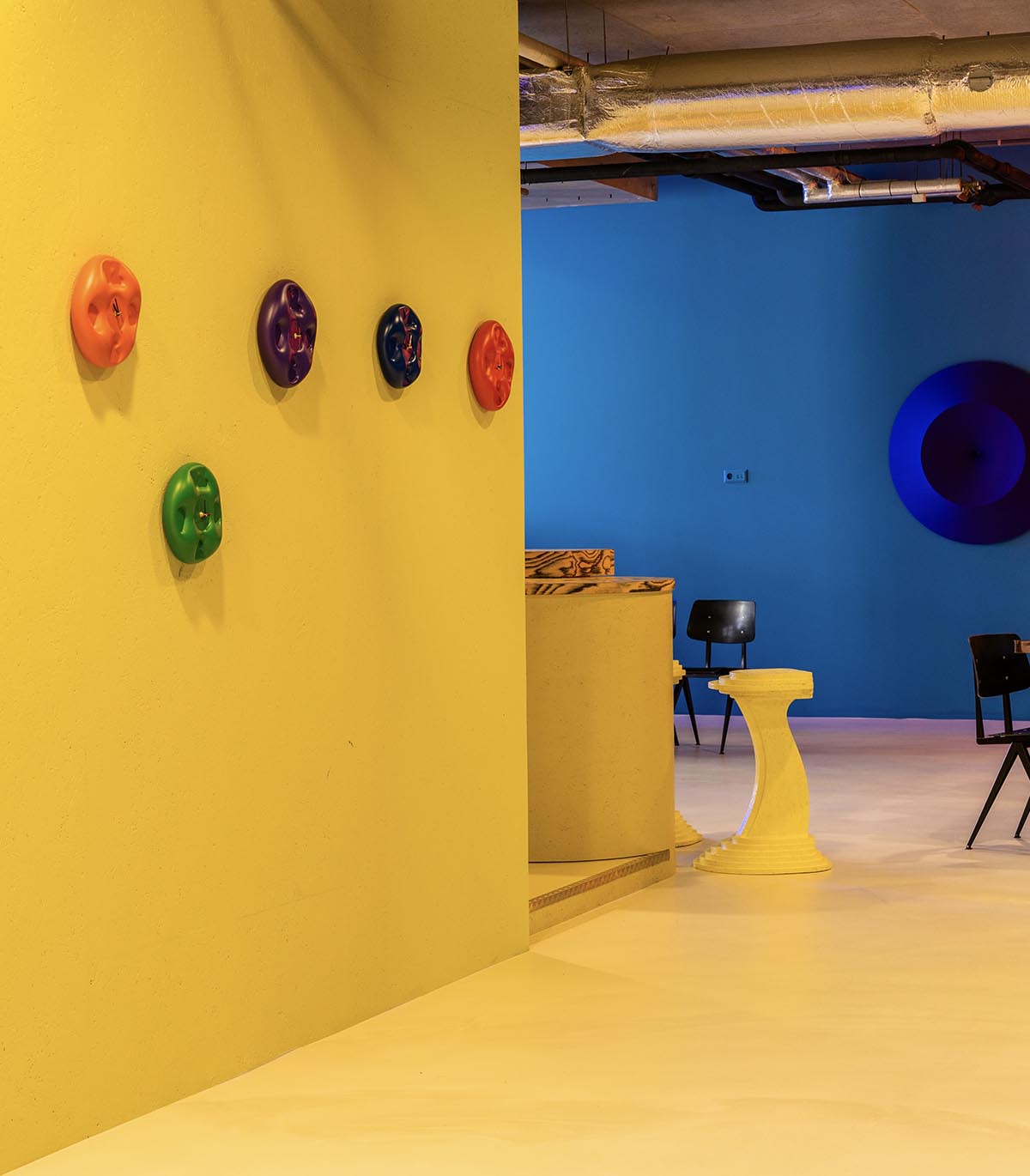 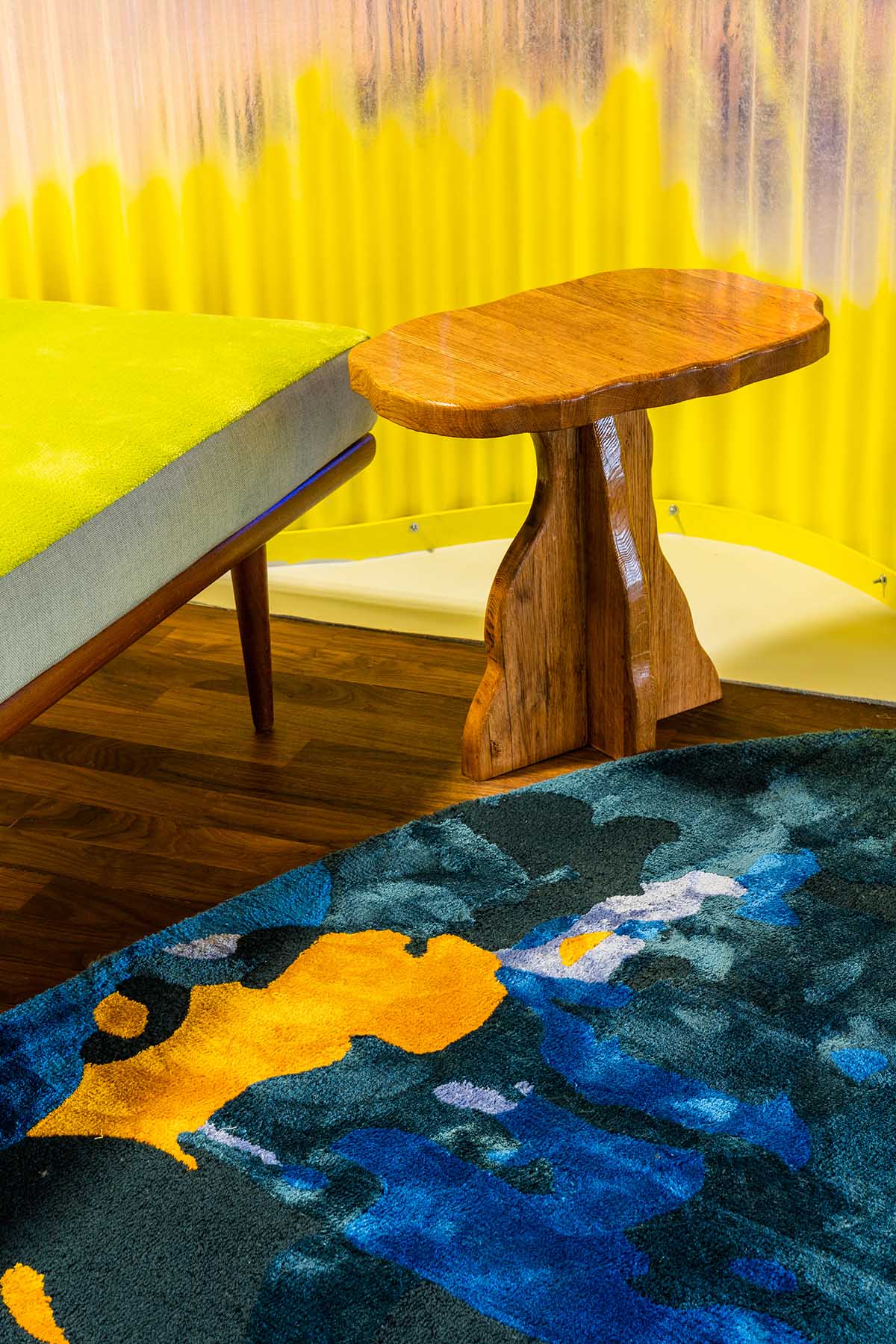 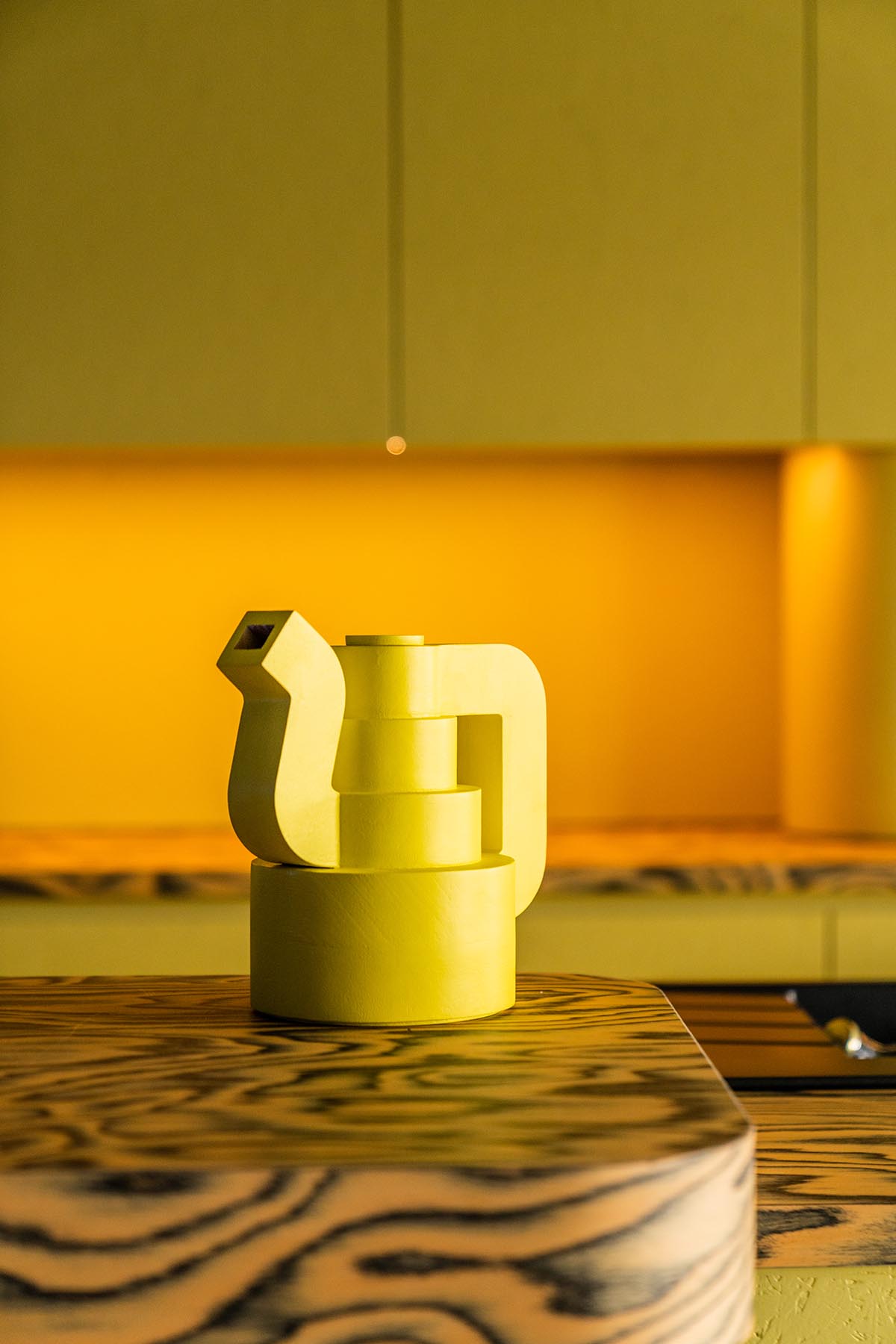 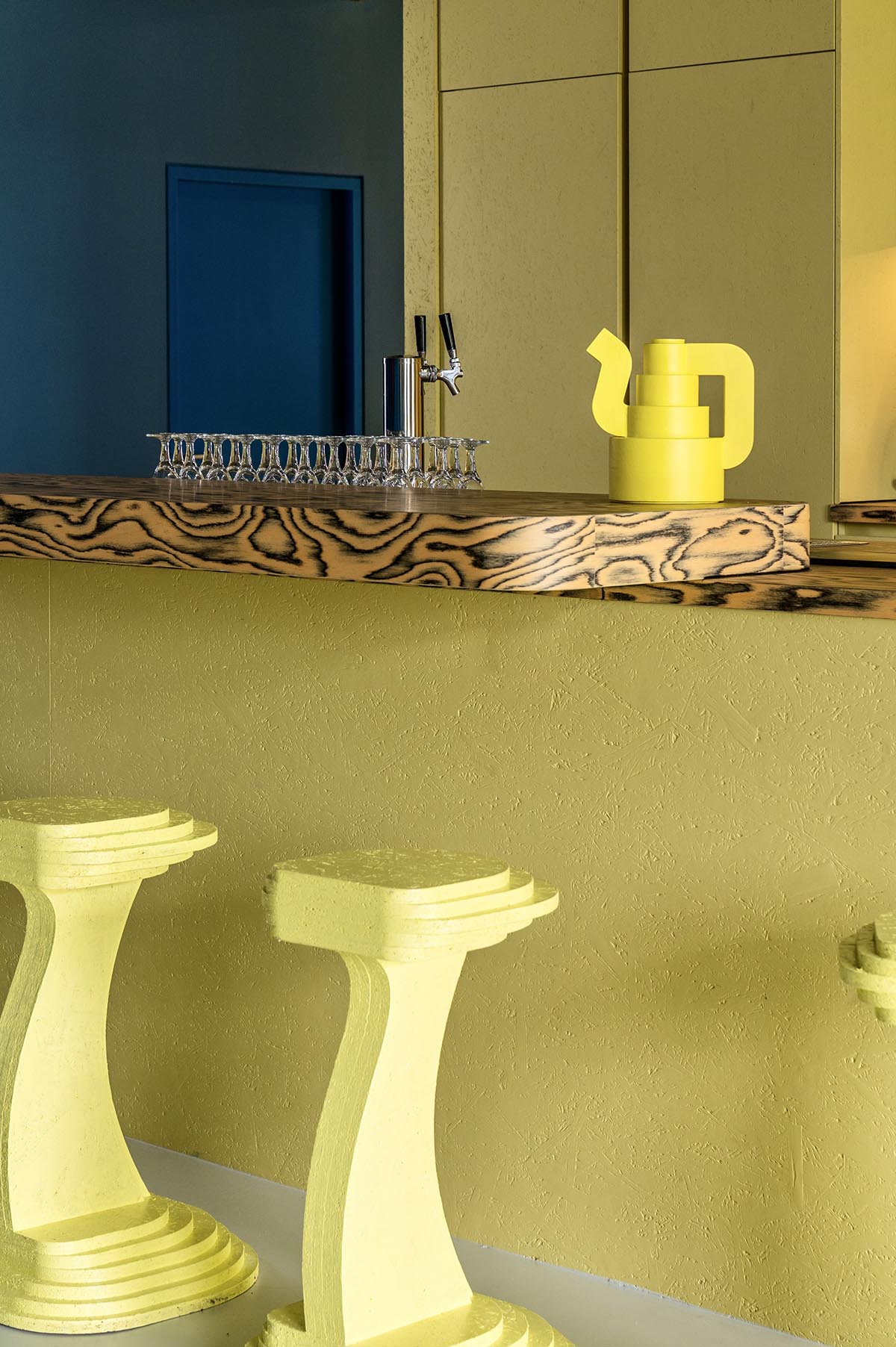 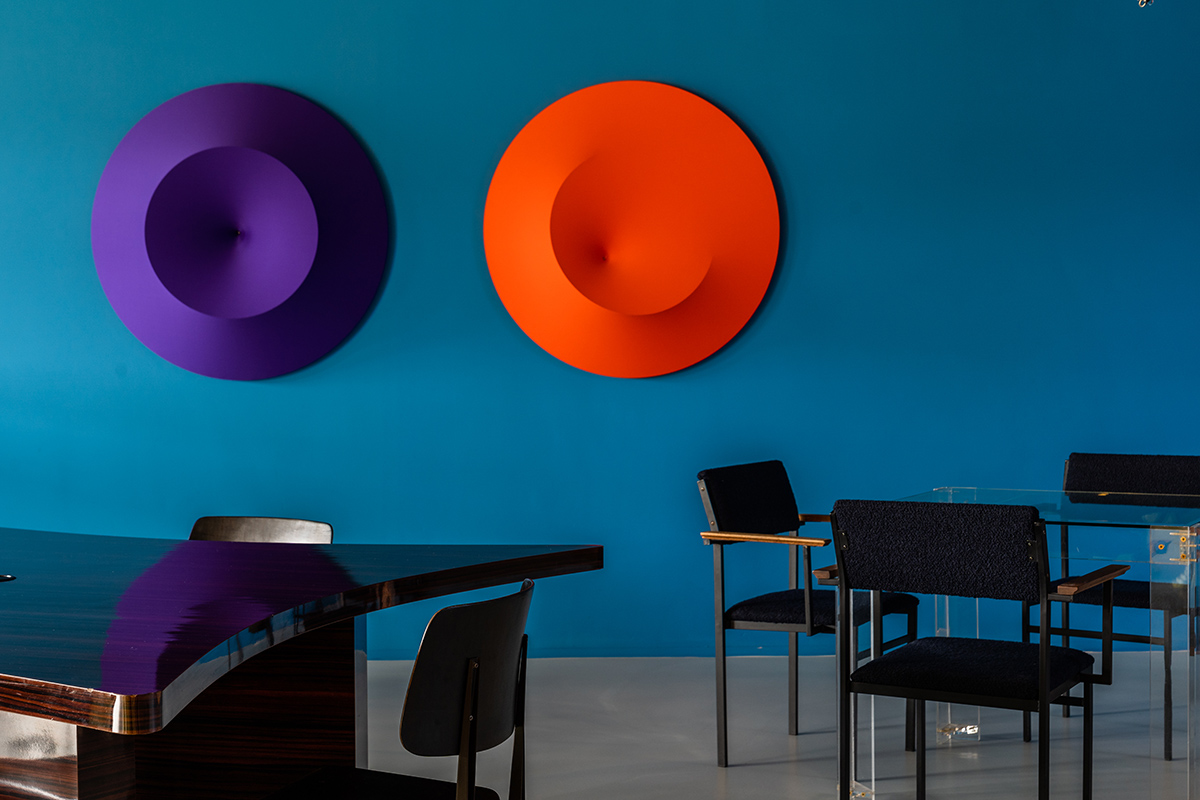 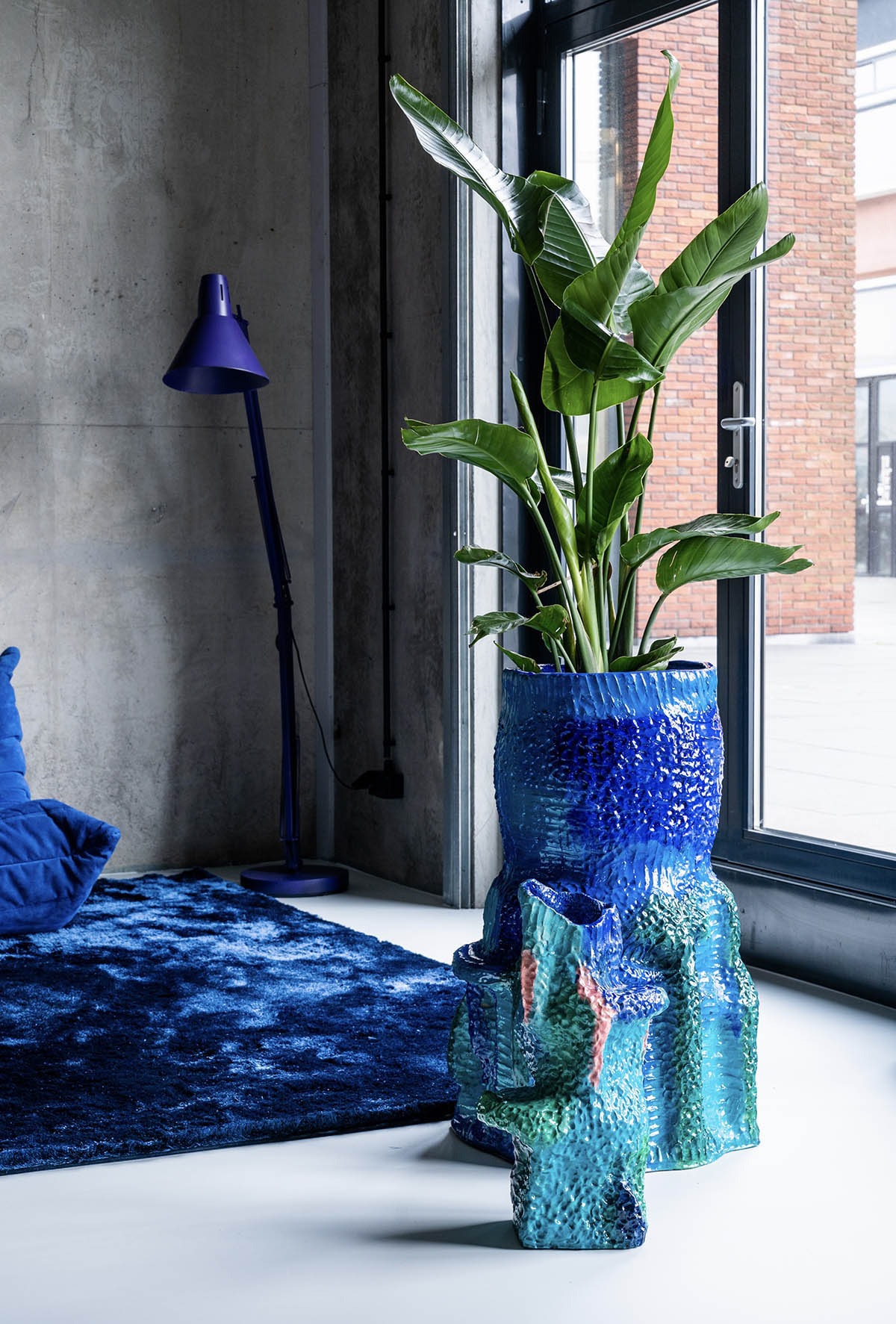 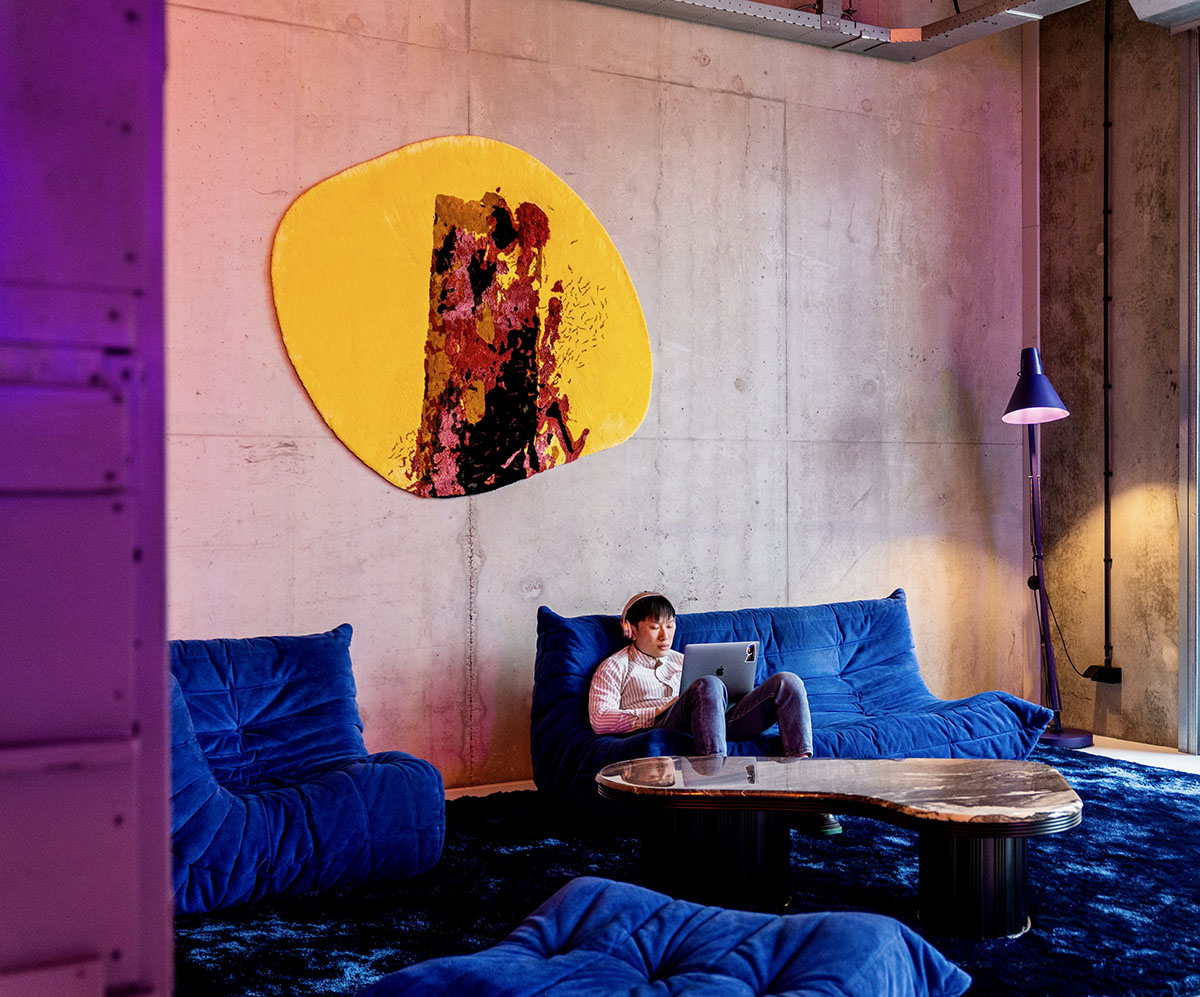 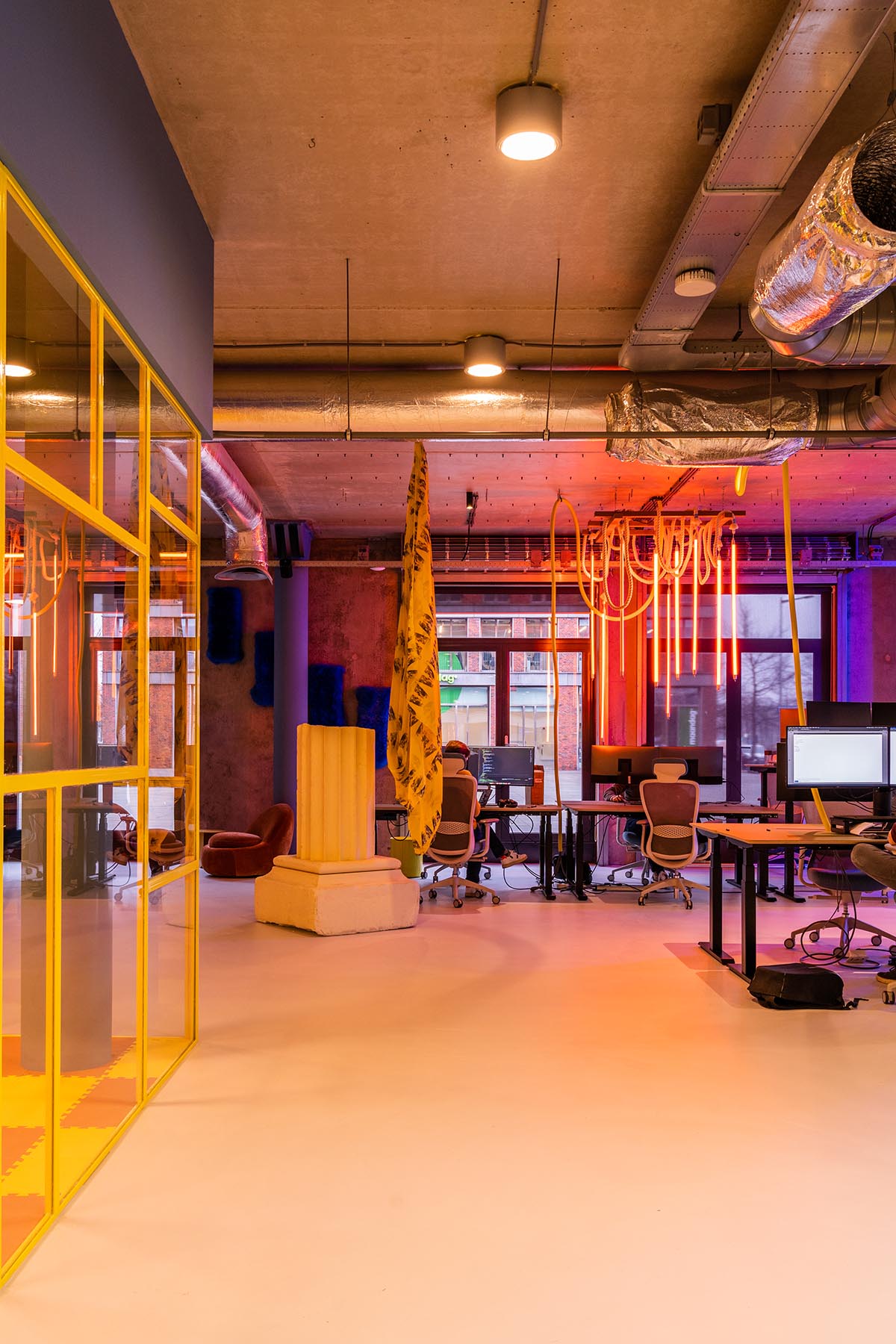 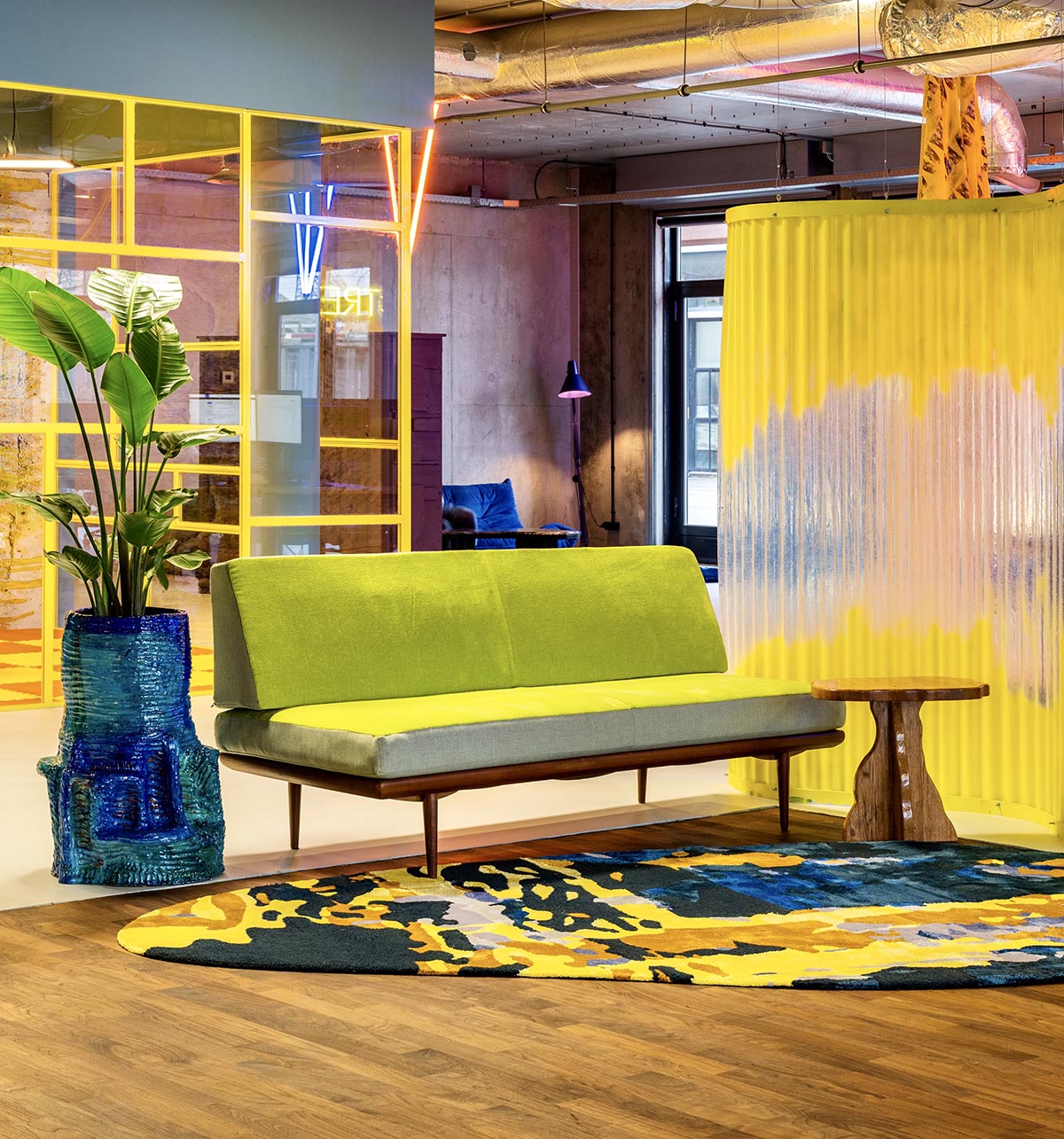 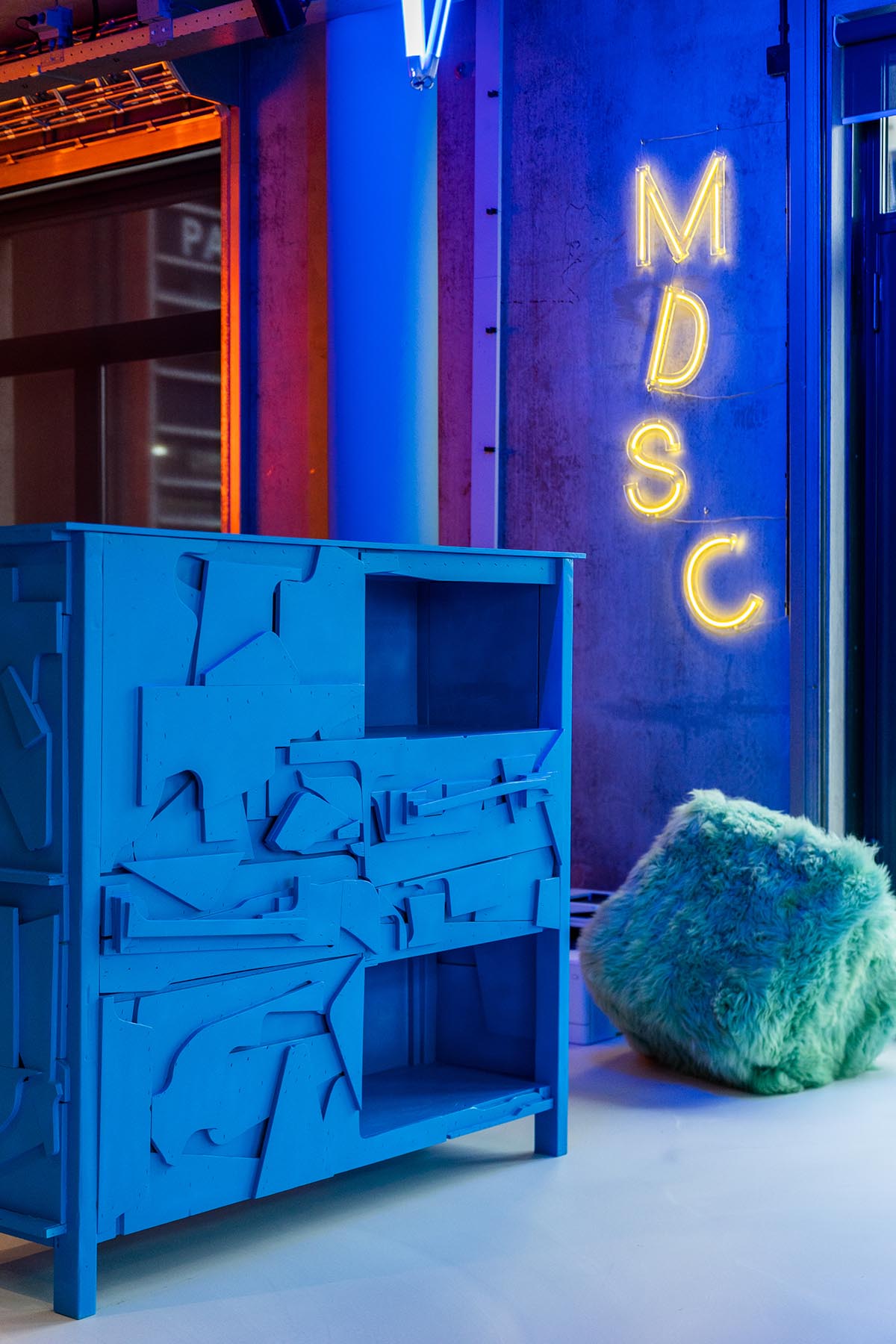 Some of of them are also represented by Isola design district and the group will exhibit together in the upcoming Dutch Design Gallery at atelier Kodakji in Isola Milano from 6-12 June.