The proposals, presented in the competition's website, offer three approaches for the transformation, which are different in language and spatial arrangement.

The town of Atlantic Beach has opened an international competition, aiming to build a new boardwalk, a new bathhouse, and a multi-use pavilion on the site of the legendary Pavilion that anchored the boardwalk for decades before being demolished in more recent years.

"This competition has been a game-changer," said Atlantic Beach Mayor, Trace Cooper.

"We were overwhelmed by the high level of interest and design shown by the competition submissions. It is now clear to me that every significant public building project should incorporate a competition format."

The selected three firms will present their revised designs to the competition jury on April 13th via a webinar. Later, the town of Atlantic Beach will request public comments for a two-week period following the presentations. All public comments, posted between April 14 – 28, 2022 through the website, will later be provided to the competition jury to inform their choice of a winning firm.

The town of Atlantic Beach explained that "once the winning project is selected, that office will work with Town, its citizens, and other permitting agencies to refine their design into something that should be an asset to all of Atlantic Beach."

Read on more about the three finalists' designs with short project descriptions: 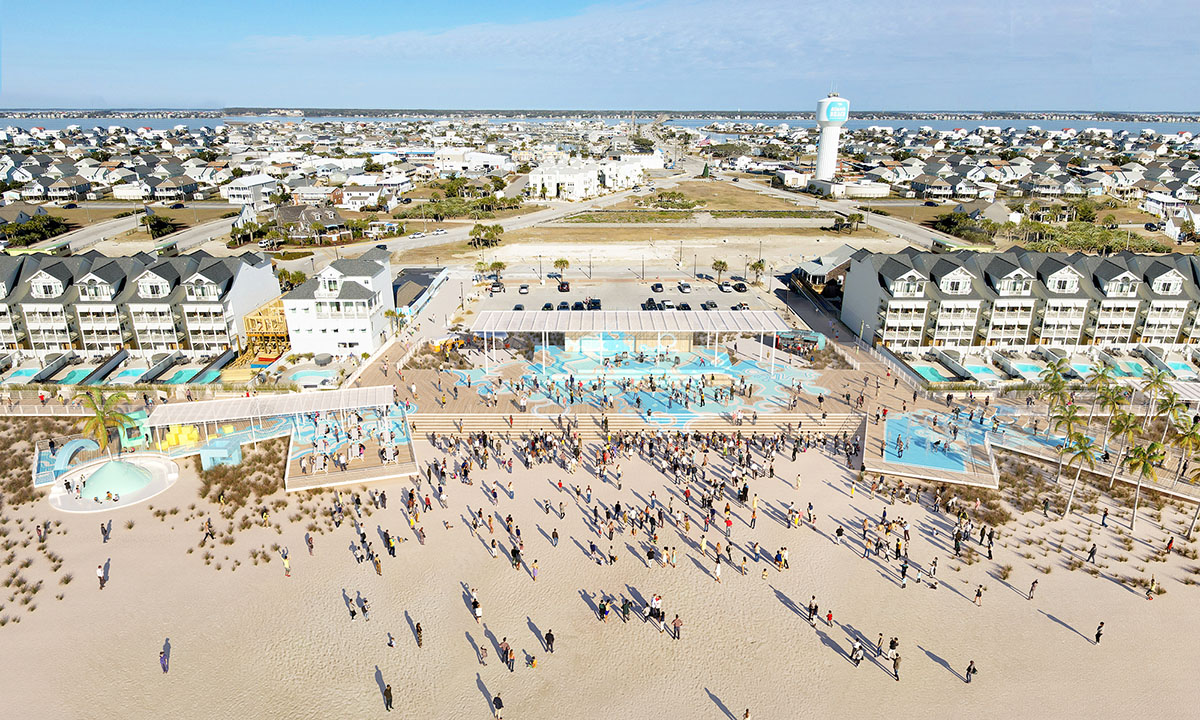 Forma principles said that "We are thrilled to be shortlisted for this exciting project that merges many of our interests in public space, art, form, and ecology and are honored to be included in the conversations about the future of the Atlantic Beach community."

"Typical boardwalks, with long continuous walkways can be monotonous, confining and relentlessly linear. This project figuratively “shakes up” this linear approach and transforms the Atlantic Beach Boardwalk from mere circulation into a series of destinations each with its own character. More than just an access point to the beach, this boardwalk will, once again, be a hub of activity suitable for all, from the youngest child to the oldest senior, from the most local patron to the most distant traveler.

Our design reflects the rich history of fun and play in the area –amusement park rides, music festivals, dancing venues – and generates an active seaside environment that celebrates the past with a forward-looking project. The central aim of the proposal is to create a diverse set of unique spaces for play, gathering, and relaxation within the heart of Atlantic Beach. This is accomplished by several deck ‘clusters’ which intersect the linear boardwalk on the ocean side and provide focal points where beach-going activities and art combine in a unique ensemble only found at Atlantic Beach." 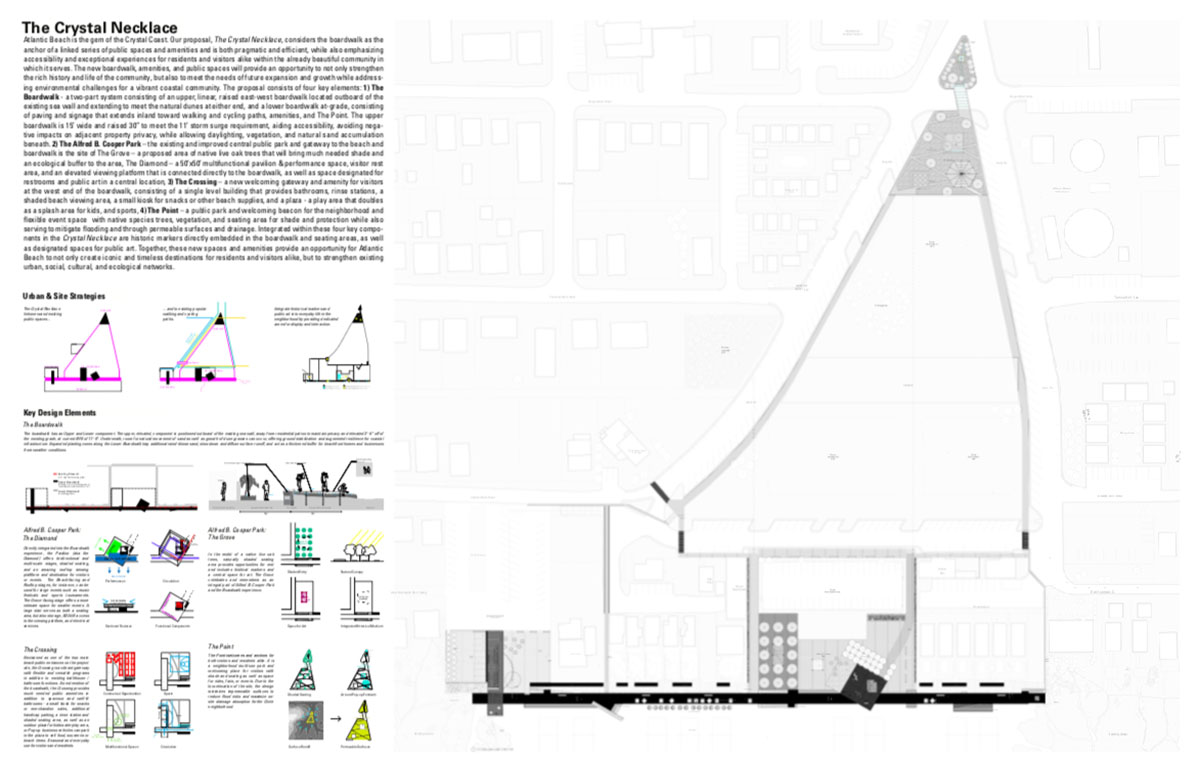 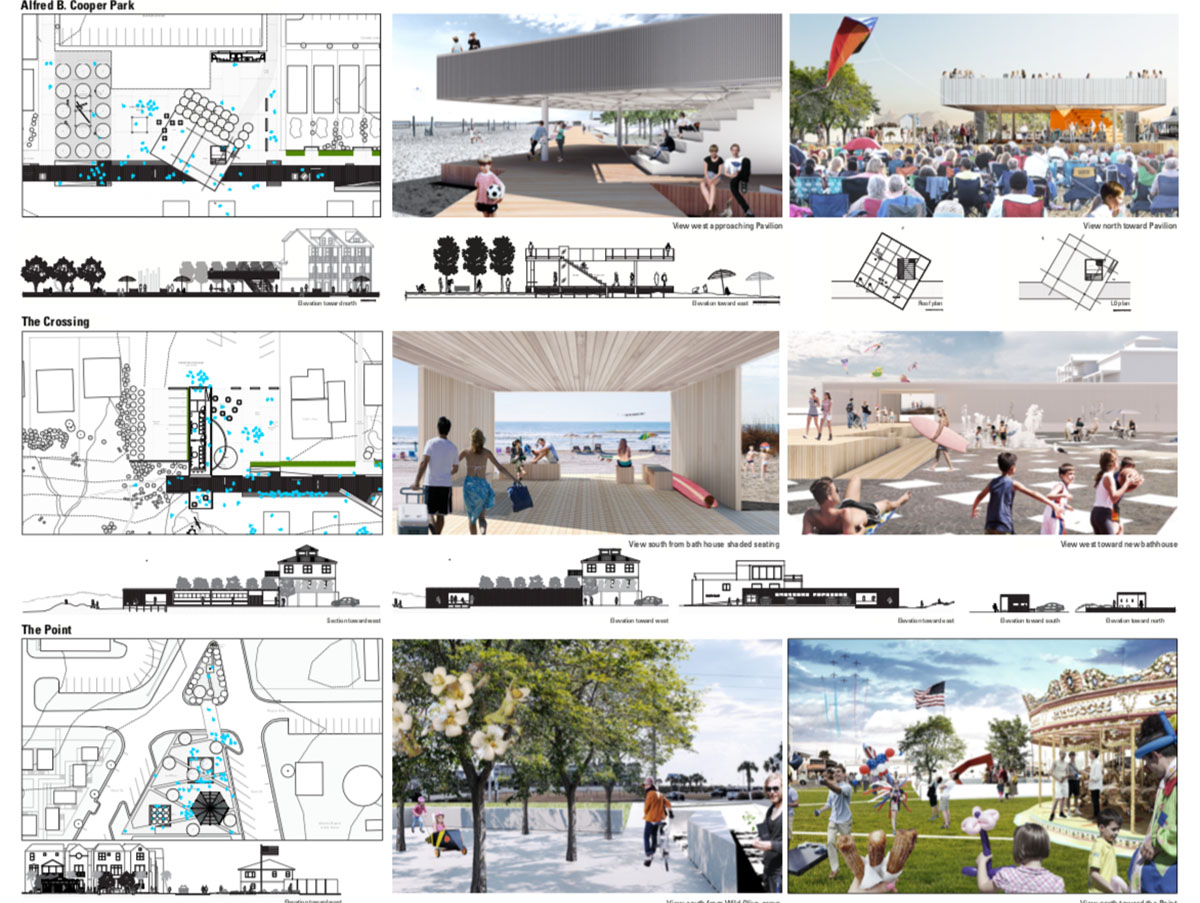 The Crystal Necklace by KUTONOTUK

Atlantic Beach is the gem of the Crystal Coast. Our proposal, The Crystal Necklace, considers the boardwalk as the anchor of a linked series of public spaces and amenities and is both pragmatic and efficient, while also emphasizing accessibility and exceptional experiences for residents and visitors alike within the already beautiful community in which it serves.

The new boardwalk, amenities, and public spaces will provide an opportunity to not only strengthen the rich history and life of the community, but also to meet the needs of future expansion and growth while addressing environmental challenges for a vibrant coastal community.

The proposal consists of four key elements: The Boardwalk, The Alfred B. Cooper Park, The Crossing and The Point. 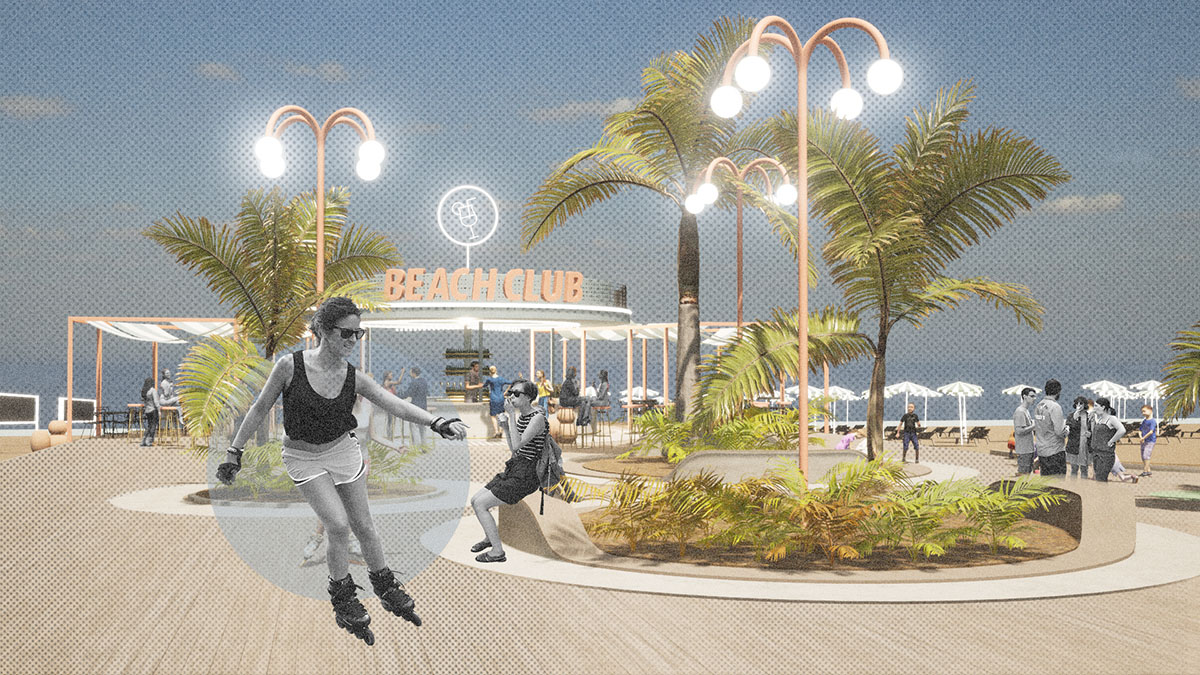 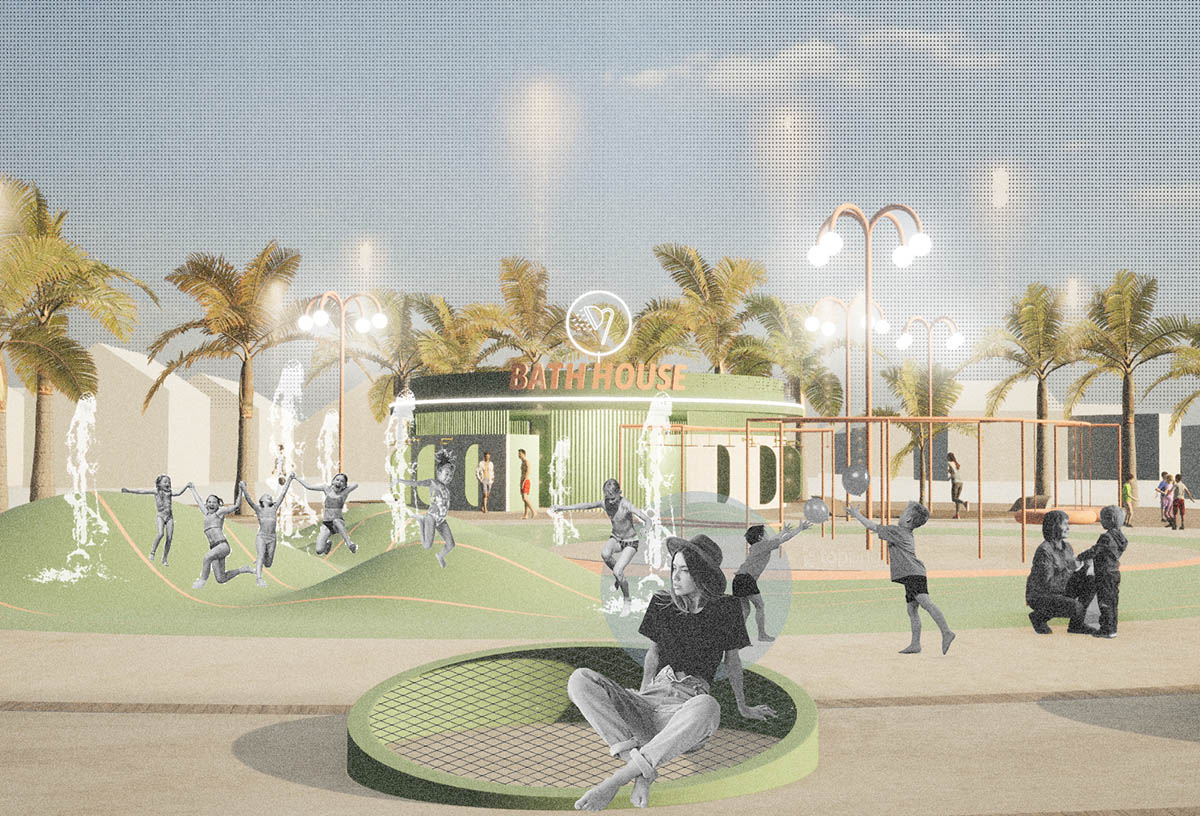 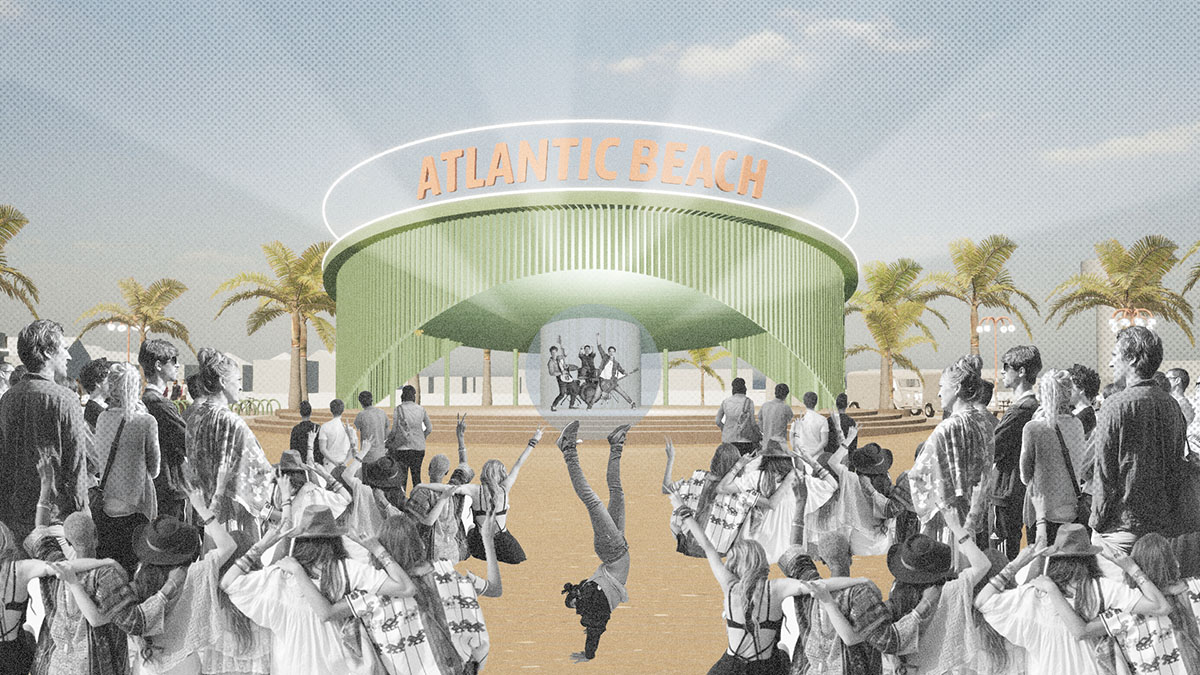 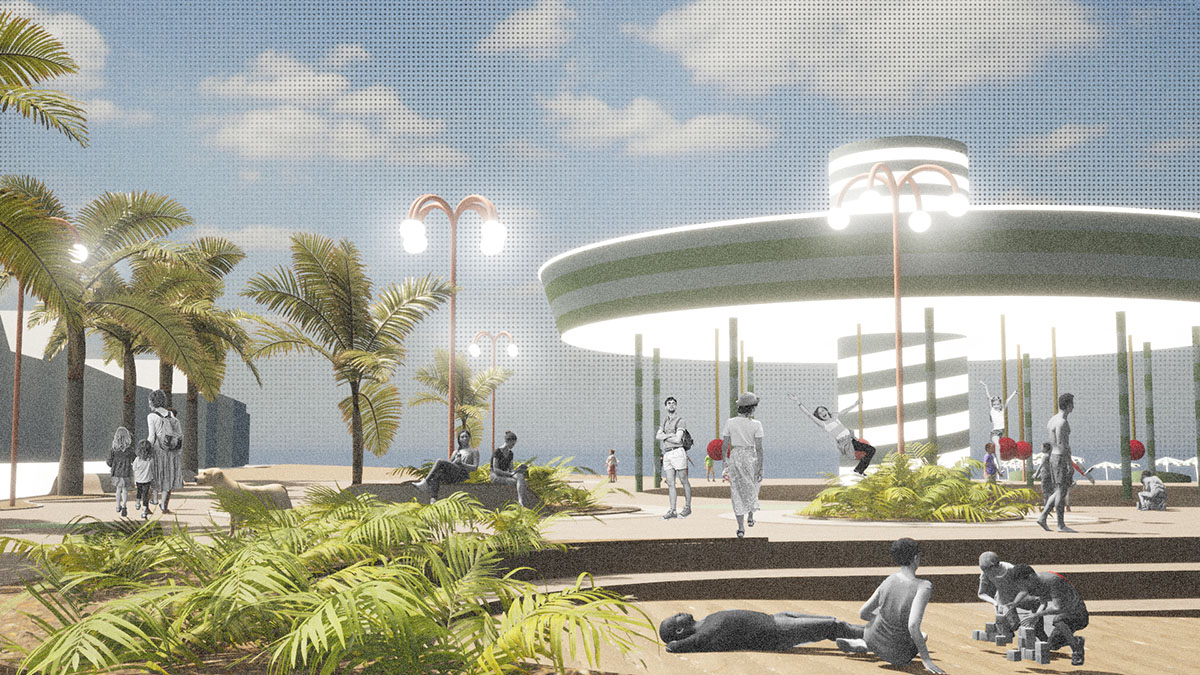 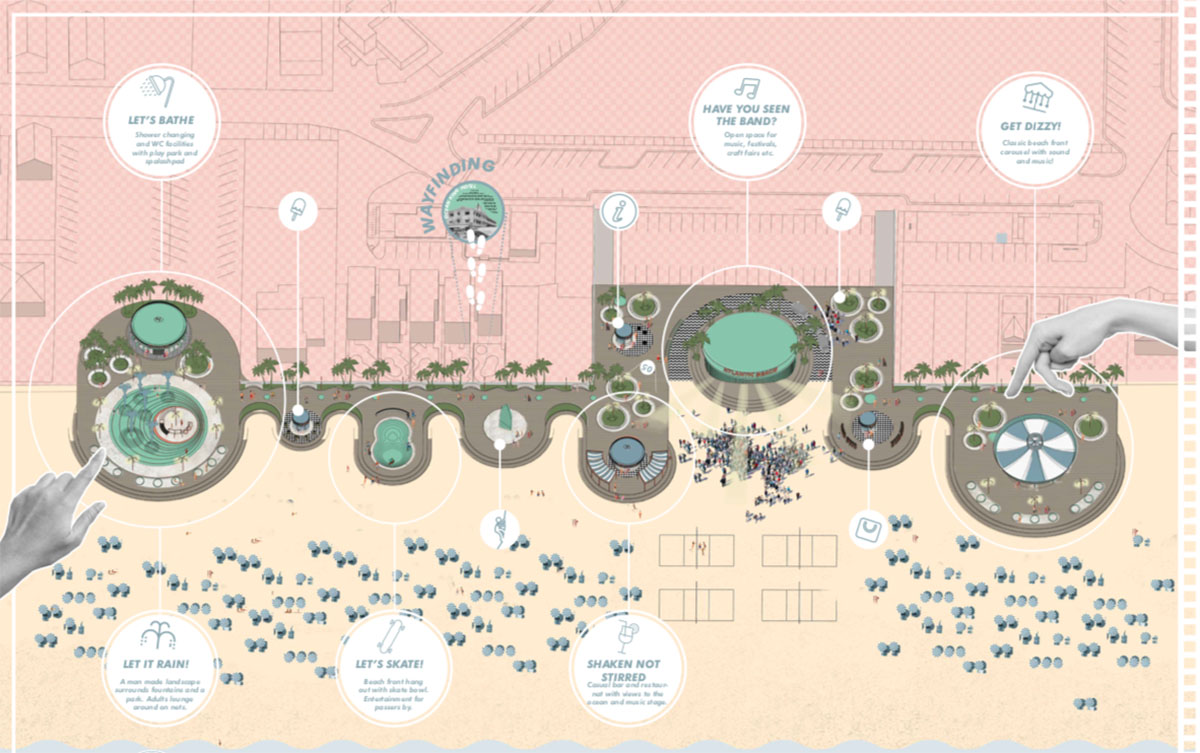 The Waves by Lewis Williams Design

"This proposal looks to build upon the already vibrant culture of the Atlantic Beachfront and make it a destination for North Carolina. The proposal maintains the linear nature of the existing boardwalk and transforms it into High Street typology. As visitors make their way from one end to the other, they discover pockets of activity and program along its length. The Pavilion sits centre stage, and forms a convenient gathering place.

It has been designed as a multi use structure, with such uses as a stage, market hall or shaded seating space. The carousel harks back to the glory days of beach holidays and the splashpad provides a similar node at the opposite end of the scheme. Permanent kiosk vendors and a beach club service hungry beach goers, whilst a skatepark and climbing wall provide leisure experiences and entertainment. Between these there are small niches in which to relax and view artwork shaded by maturing palms. Visitors gain a historical understanding of the boardwalk through interpretation panels in the floor, positioned at relevant points along the proposal."