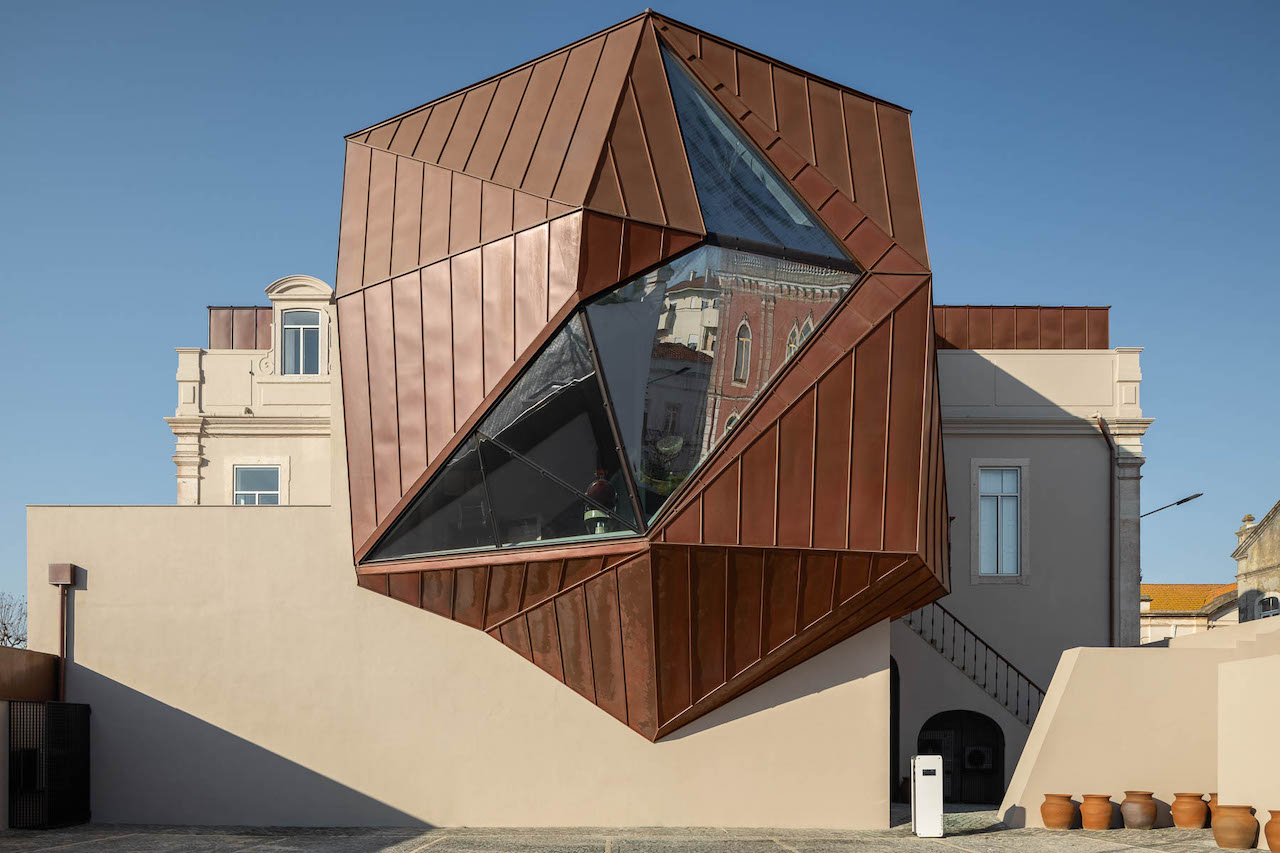 Architecture and engineering office danielmsantos, eng + arq took on a two-century old structure built as a family home and brought the elegant building full circle. I had a chance to chat with pedro daniel santos who explained how he embraced the challenge of preserving the character and history here, he has done a beautiful job adapting -with a modern twist- and providing it with a new life. 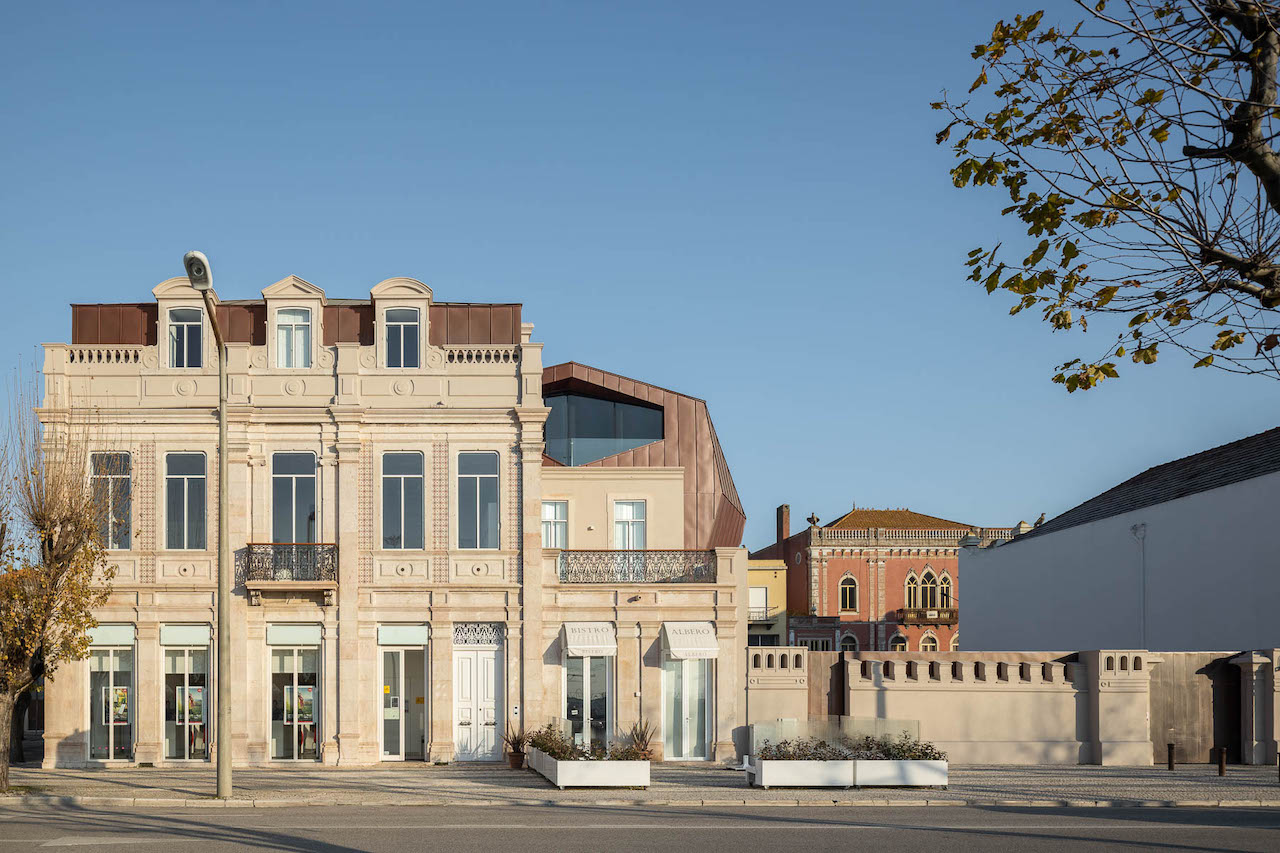 Located in Figueira da Foz a city known for its historical heritage is one more reason to appreciate the architectural richness with which this respectful intervention succeeds elegantly. The building brings to mind images of its belle époque past while providing a bolder, almost irreverent focus, not hidden, rather proudly in plain sight. 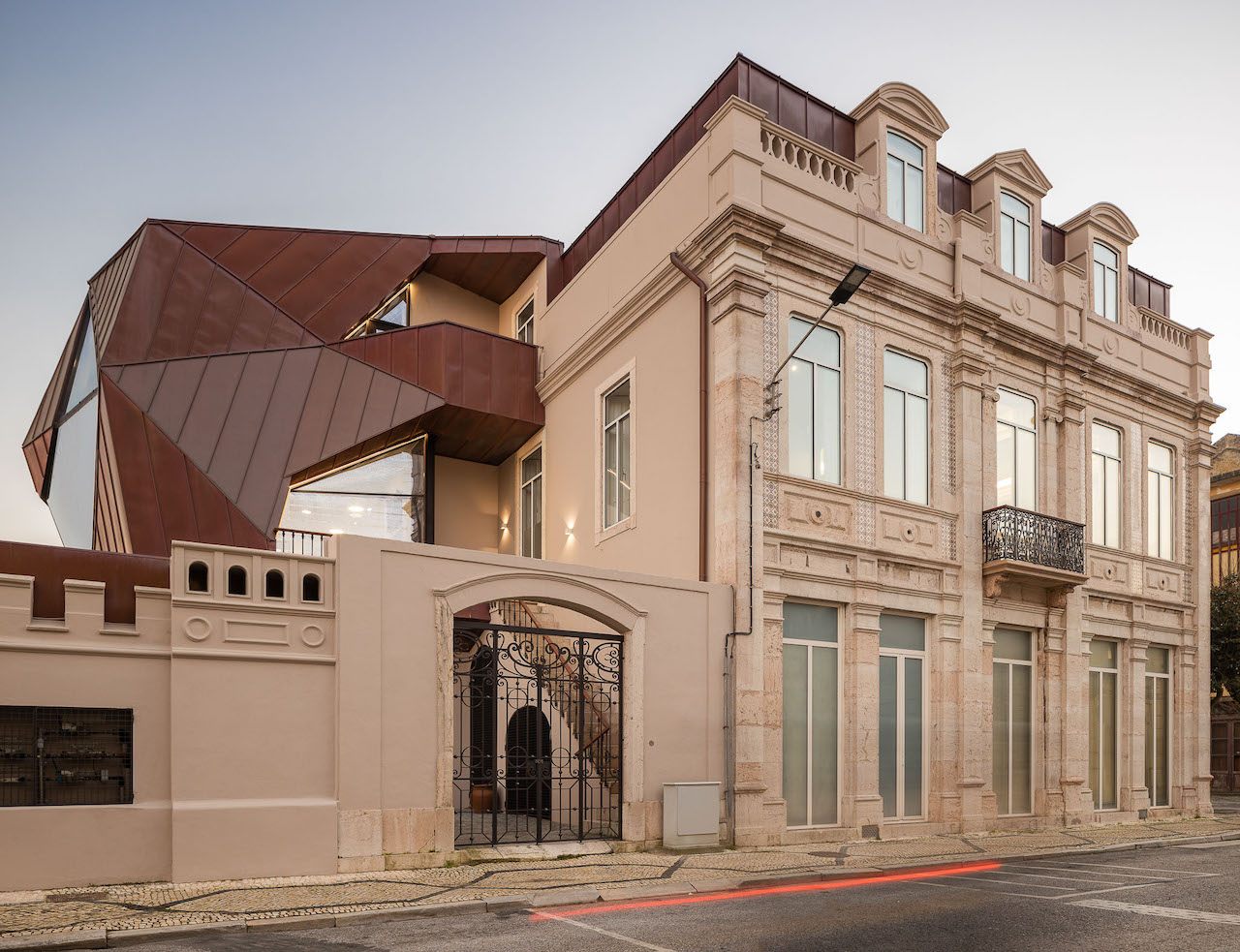 The work here results in a reinterpretation of that period introducing a bold architectural language that defies the comfortable existing structure and without overlapping, creates harmony. In doing so the architect preserves the past while introducing a new element and opens it up to the city and the river beyond. In fact, pedro daniel stresses, maintaining a close visual relation with the Mondego River was an important part of this intervention. 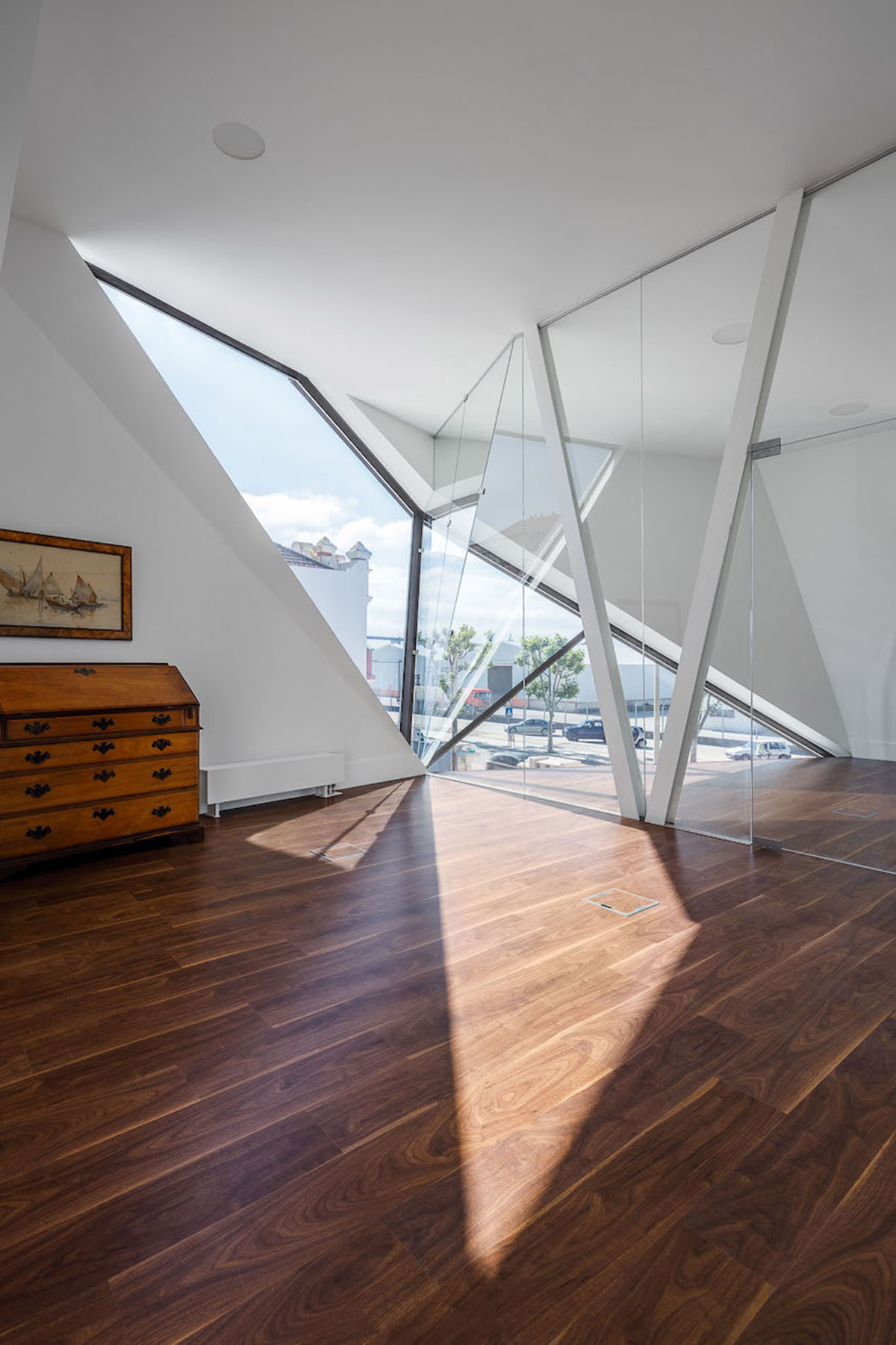 The material used to create a link between the existing and the new in this project is copper, which envelopes the entire building’s roof, and which now serves to add a contemporary touch in bold, angular shapes, wrapping itself on the building; indeed as a second skin. 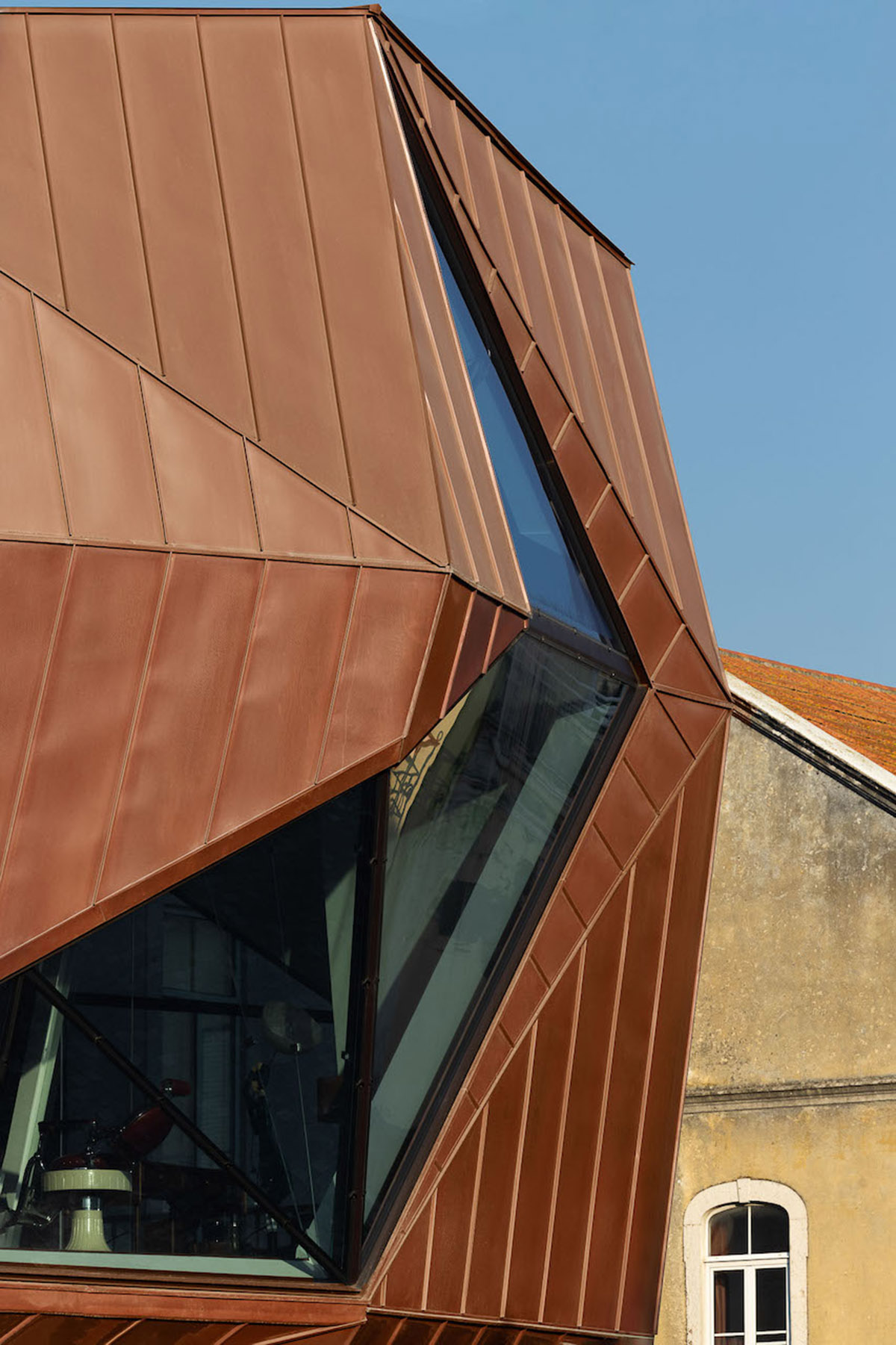 "Cantilevered over the patio, the "bubble", as it is affectionately called the most visible part of the new intervention, not only gives a new front to the building but stands out showing itself as the focus off the street," said the office. 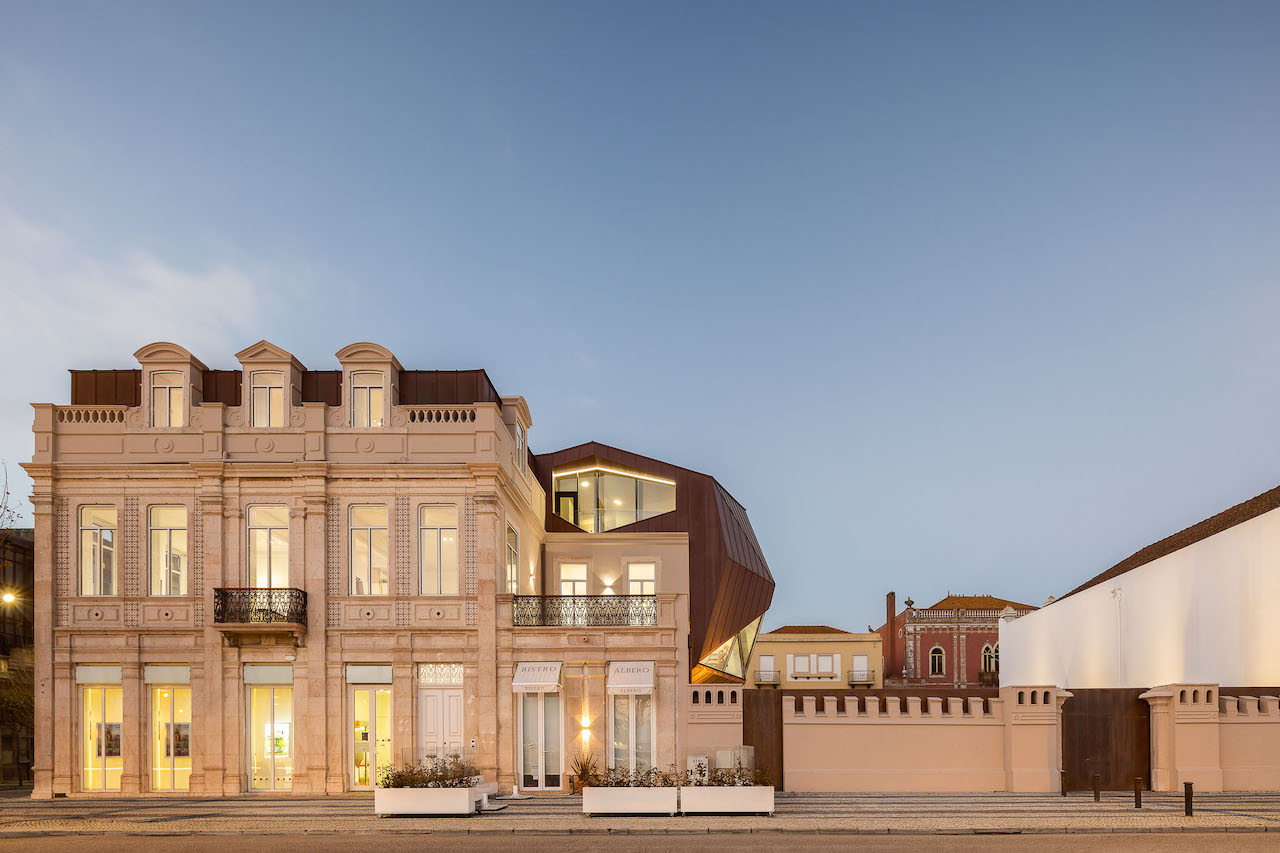 This bubble is a welcoming element from the patio directly accessing the building though a new main entrance, provides accessibility for persons with reduced mobility and as part of the building’s main offices and reception area, a welcoming architectural element. Apart from being the entry this patio provides also space for vehicle parking and an electric charging station. 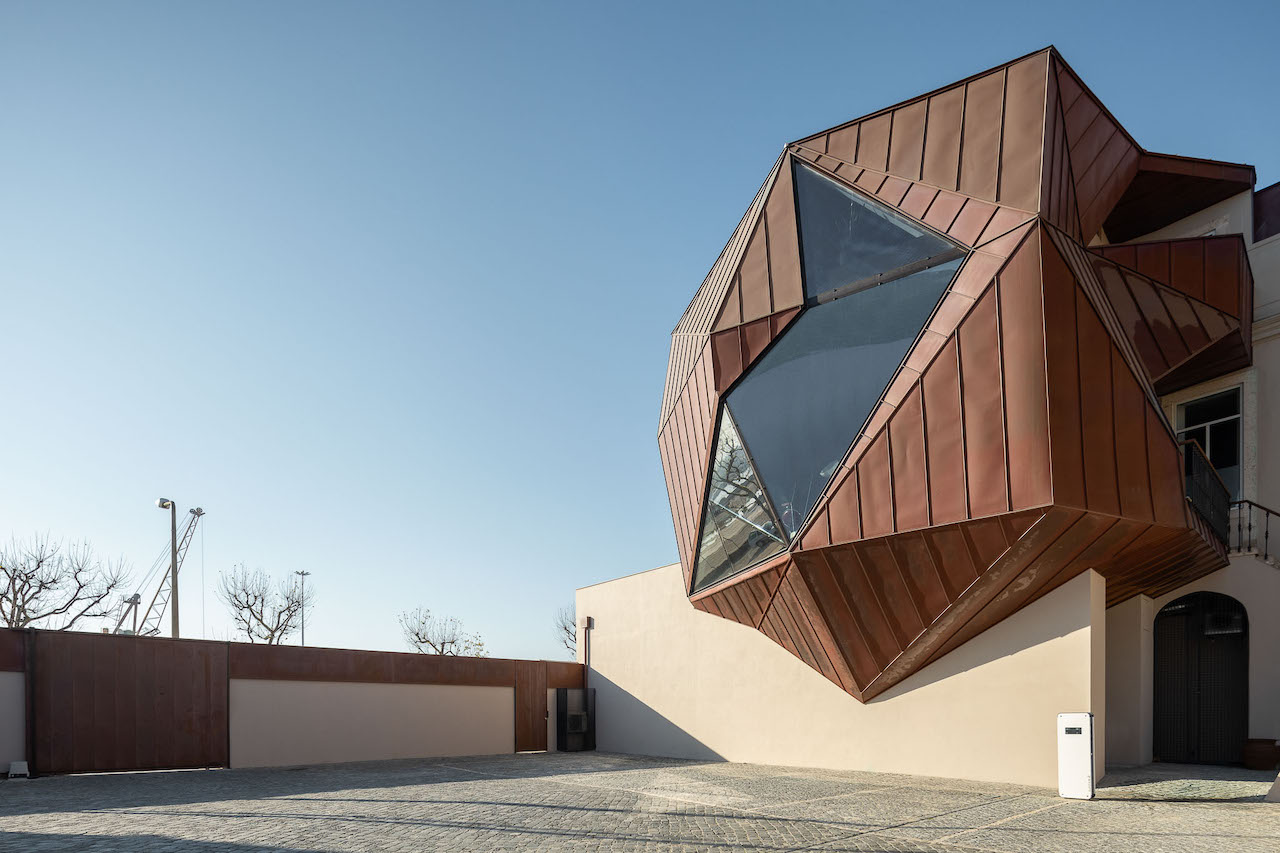 The need to best take advantage of the second floor motivated the architect to introduce a small expansion of the rooftop exacted in the exterior while keeping the rim at the same level so that it justifies the use of the space above in the attic, a link between the old and the new giving a contemporary look to the building without interfering with the serene urban landscape of its surroundings. 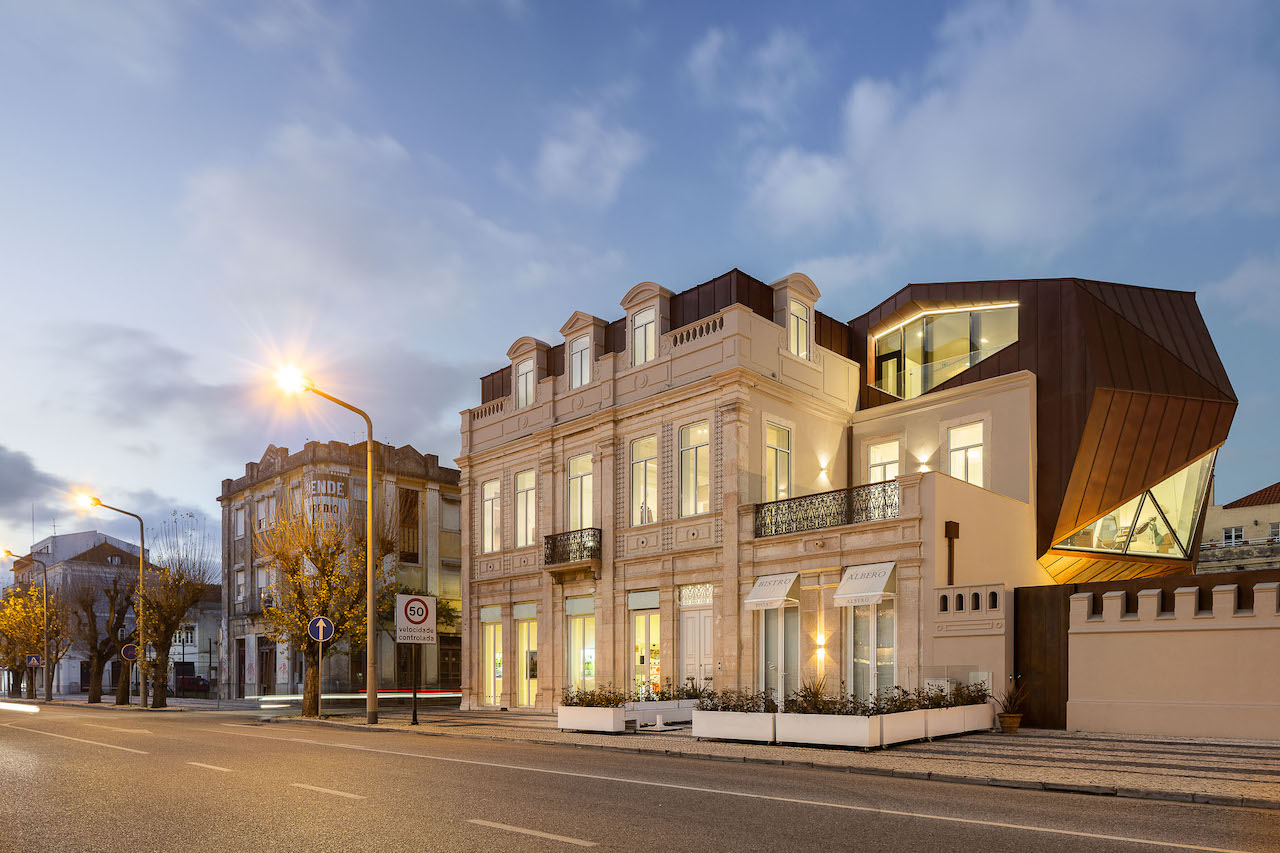 The interiors witnessed an intervention which adapted the building to the new use concept, re-organised the interior areas and allowed for a new sill treatment. 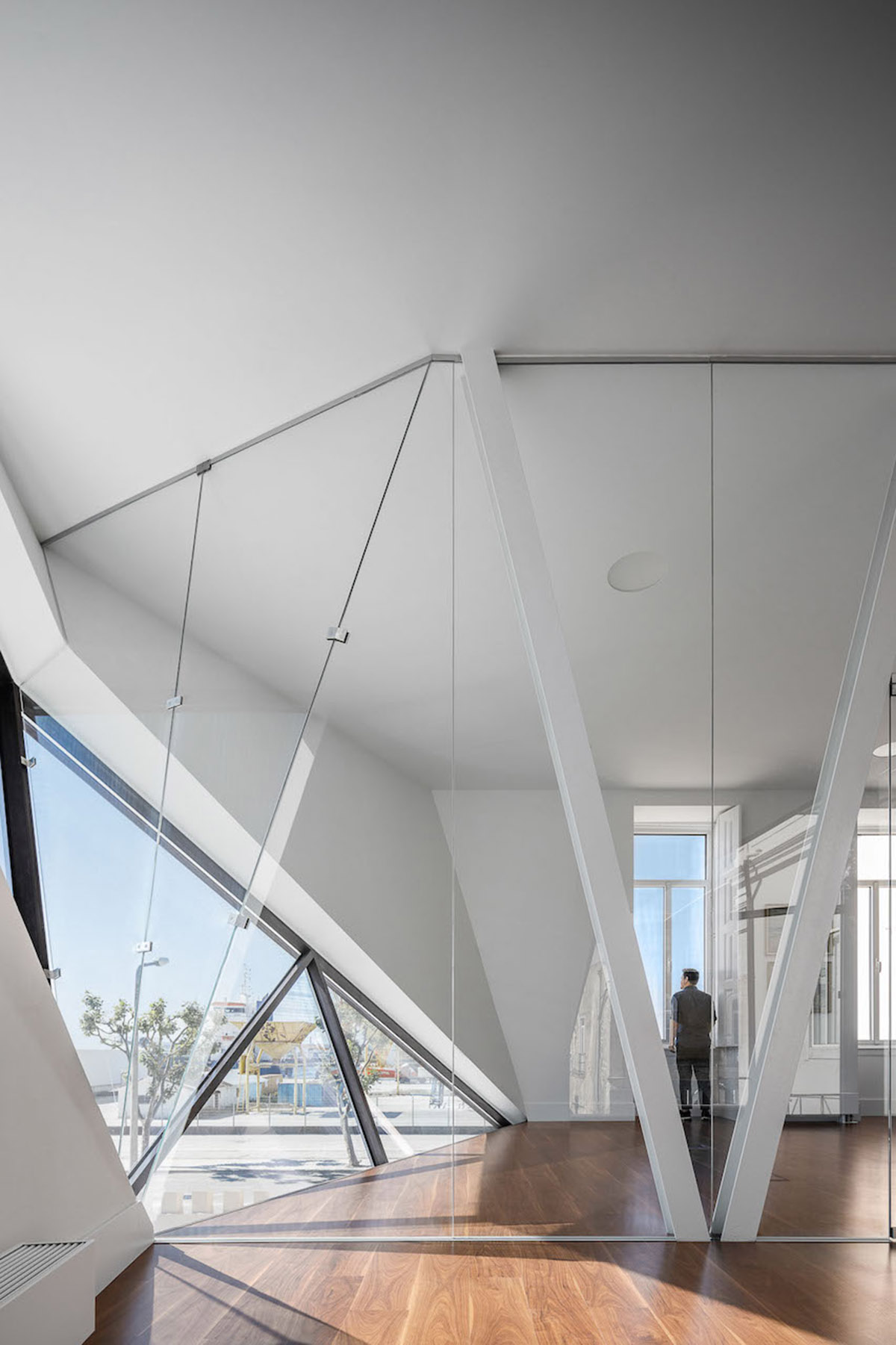 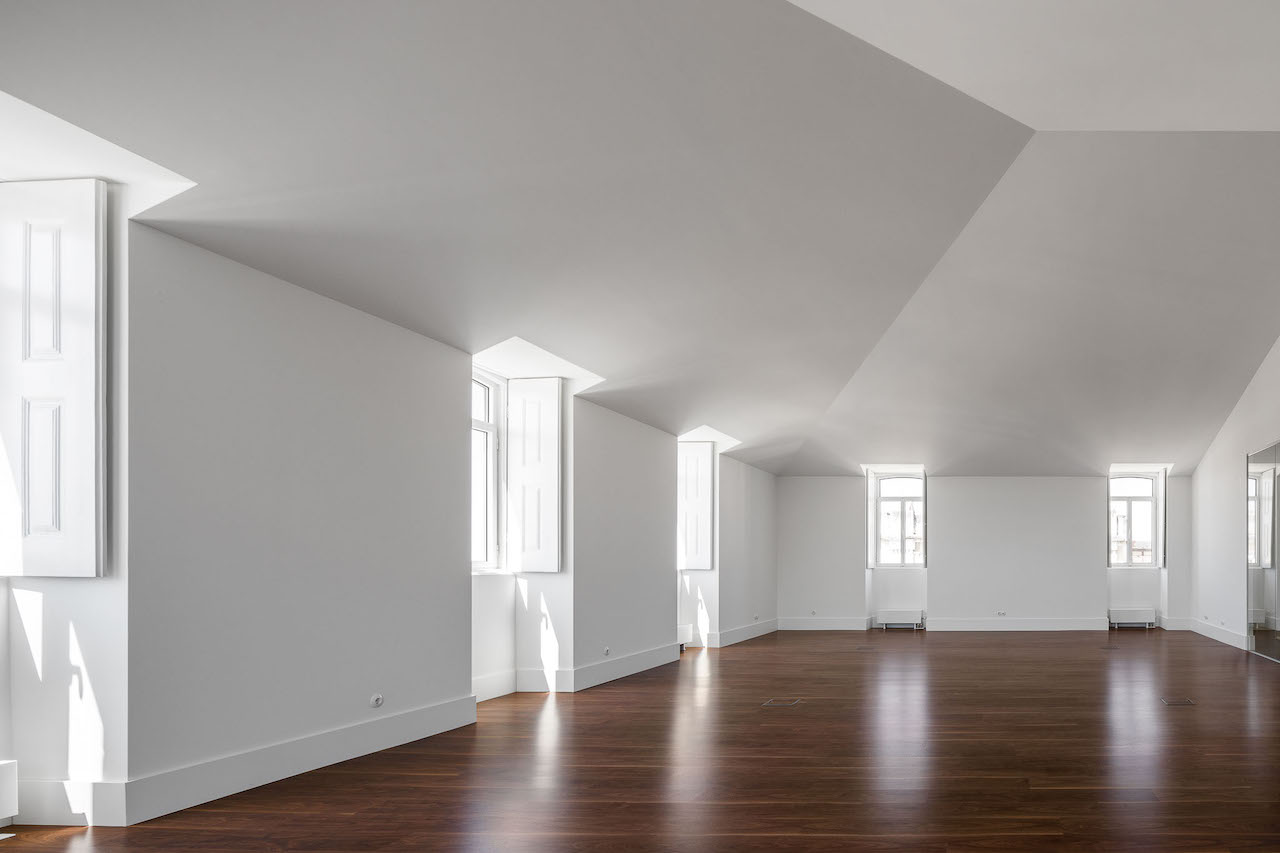 "The original, sometimes exuberant handcrafted construction technique, now gains a new stage with the preservation and recovery of the impressive plaster ceilings that adorn the entire first floor and marble-effect treatment in the corridors," the office added. 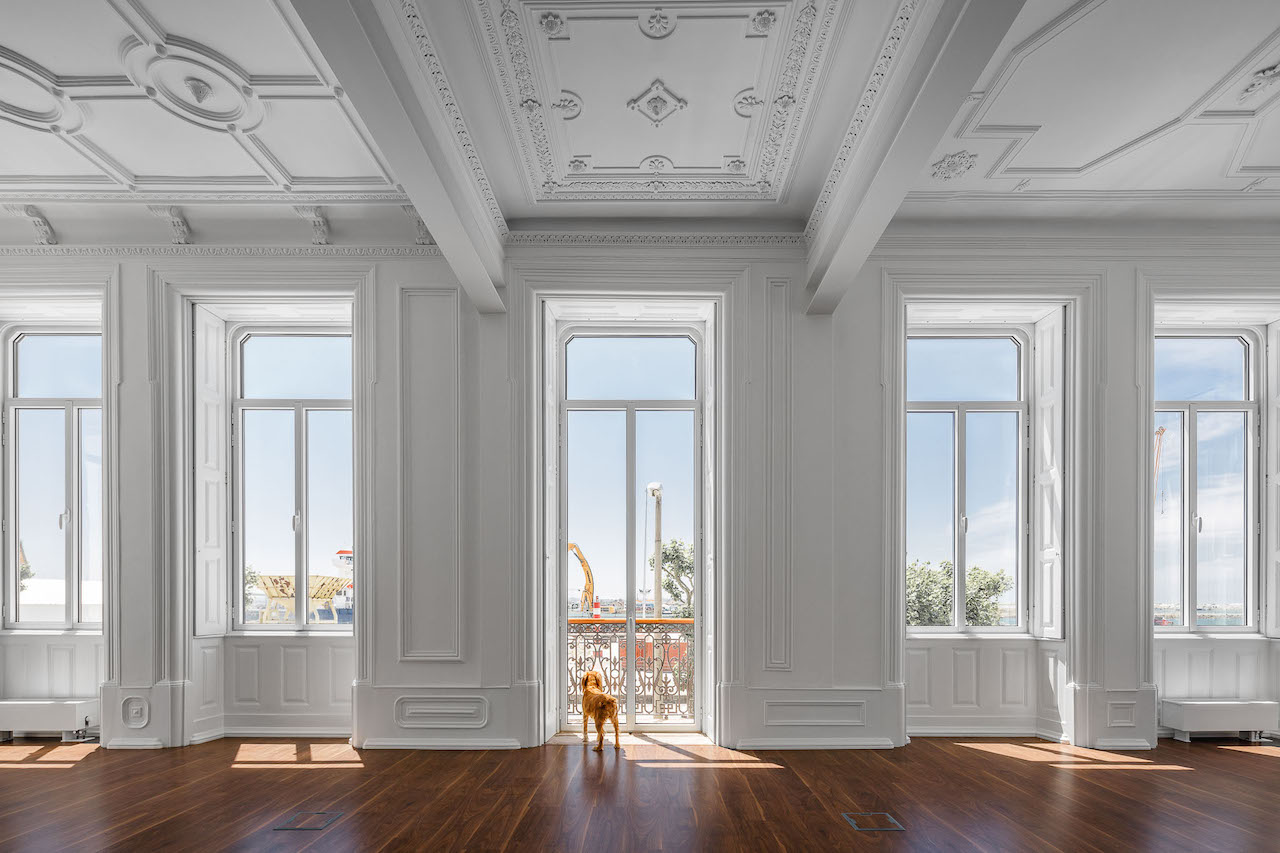 The color palette of the interior that accentuates the various spaces of the building was intentionally chosen to simultaneously create an environment conducive to work and to highlight an eclectic collection of art and furniture. 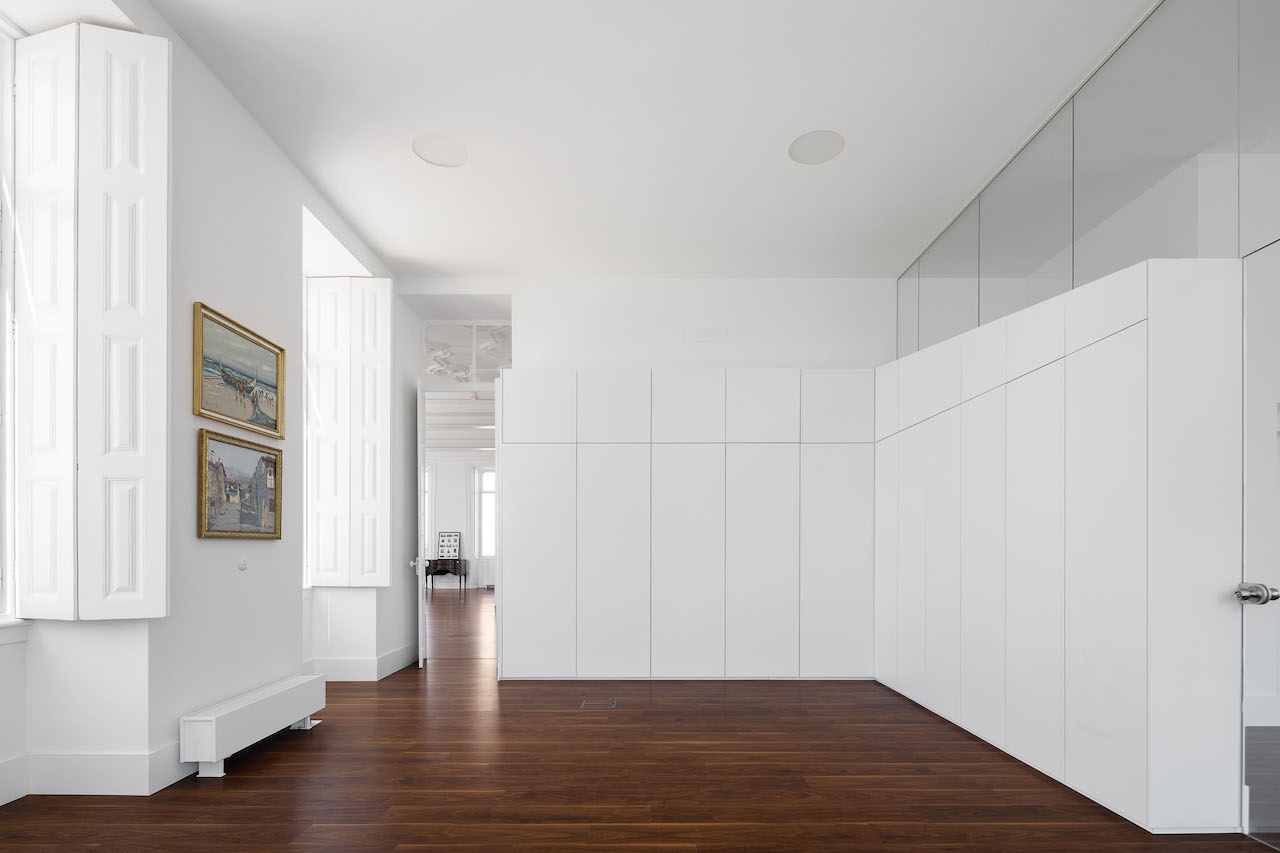 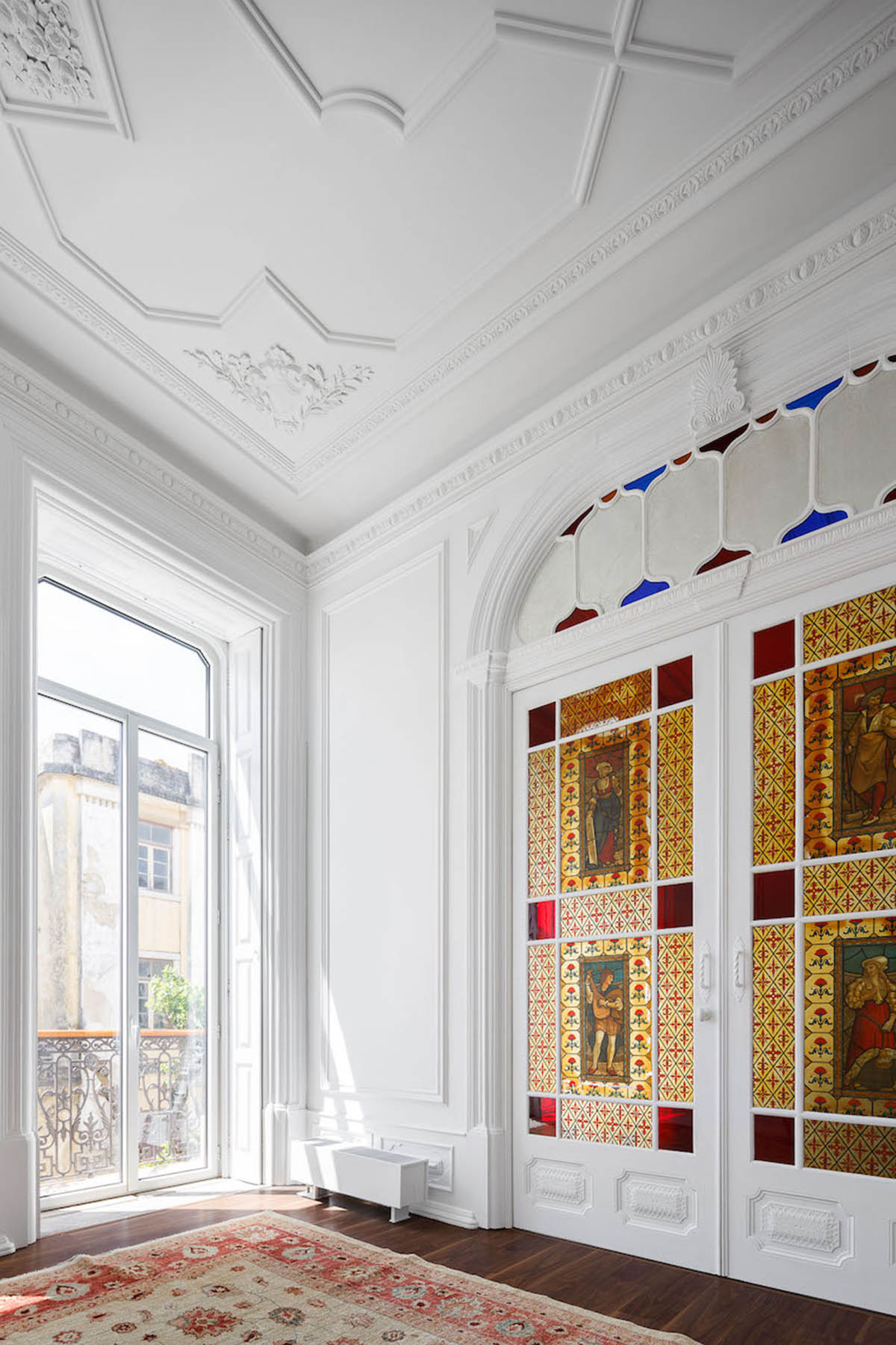 The building, which already had a close relationship with light now gains a whole new luminosity, achieved not only by subtle features, but also with the commanding depth of the new intervention and its choice of materials, textures and color. 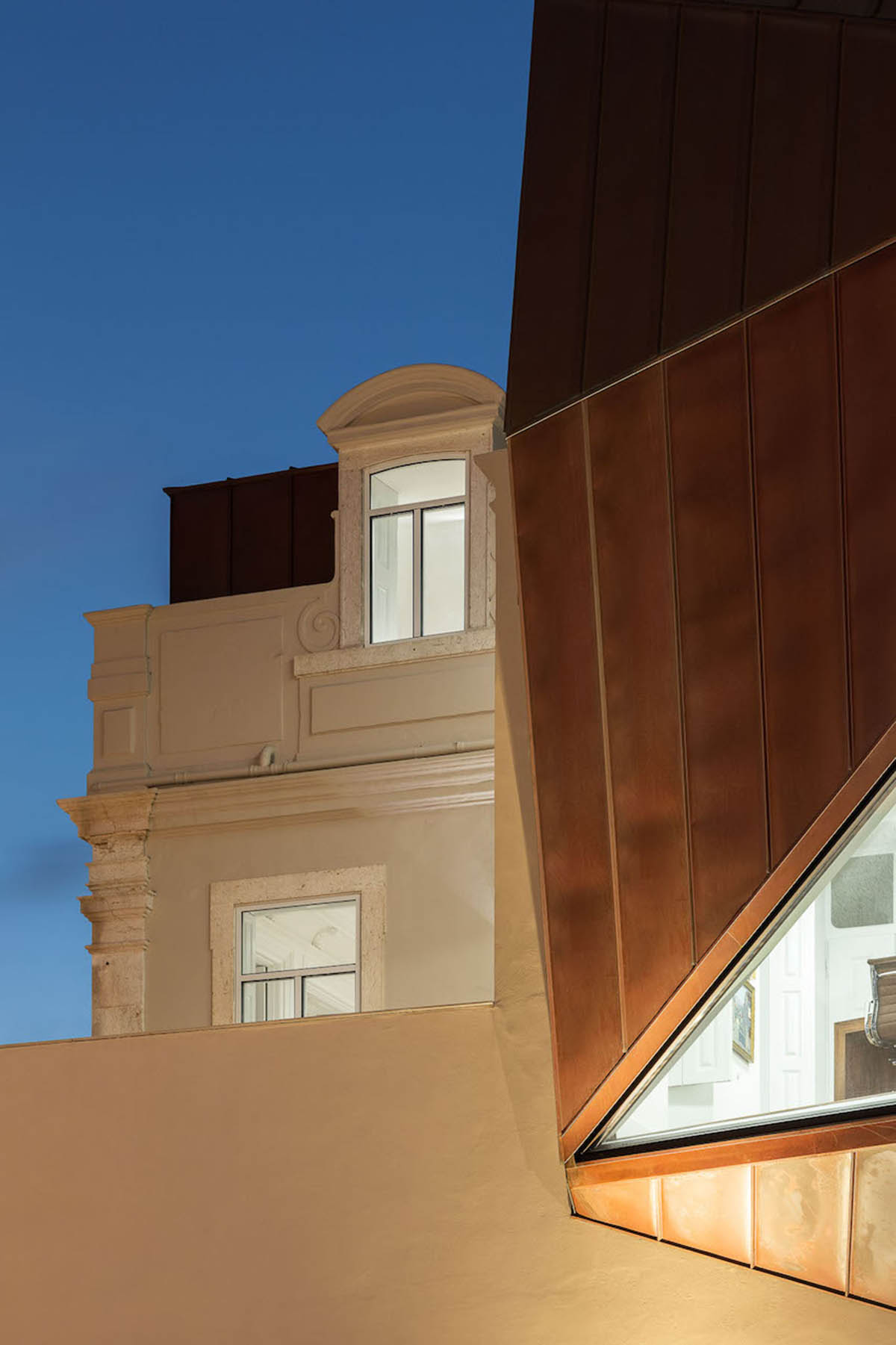 More than a rehabilitation, the reclamation of the building sought to be respectful and minimalist; a subtle fusion between the preservation of its timeless character and the contemporary uses introduced. A reminder that, as pedro daniel santos explained to me, Figueira da Foz is a city of extraordinary quality of life. 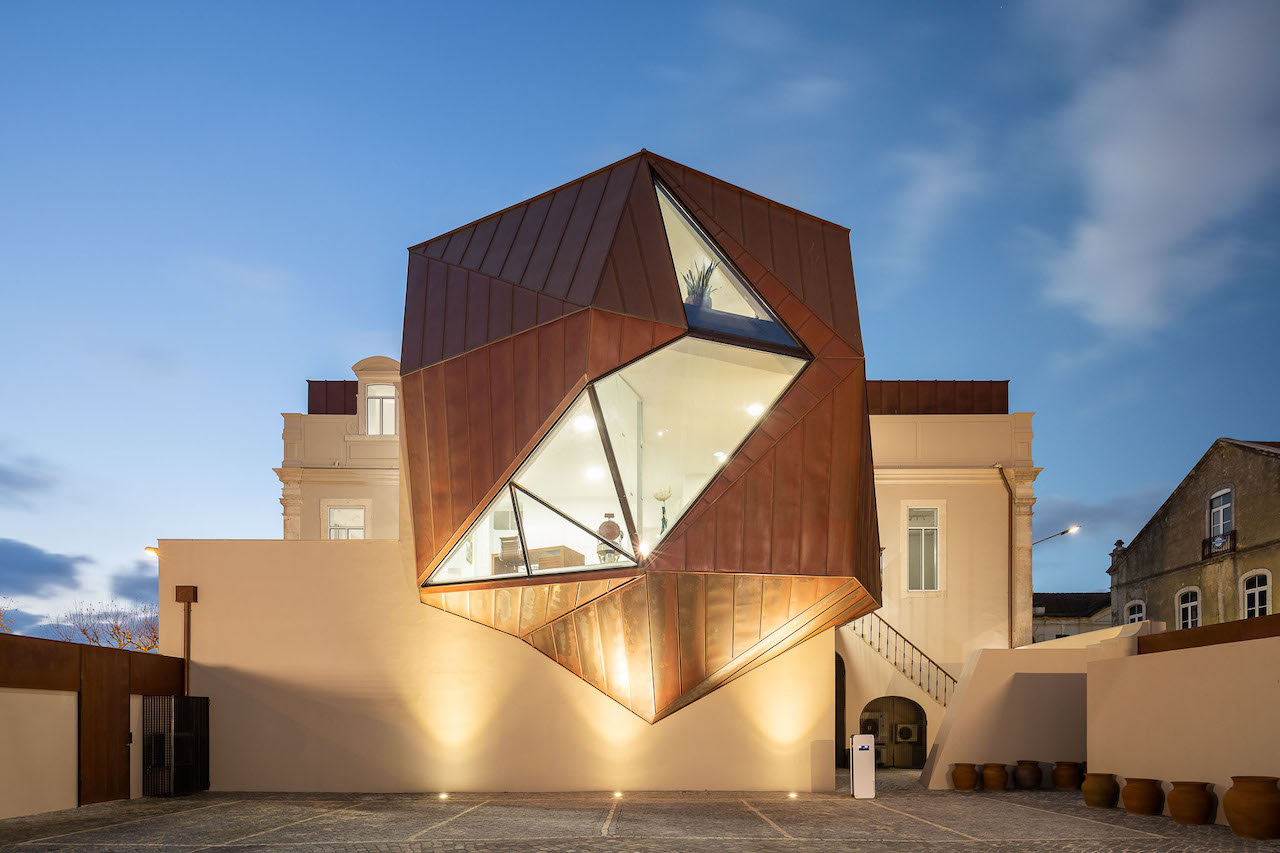