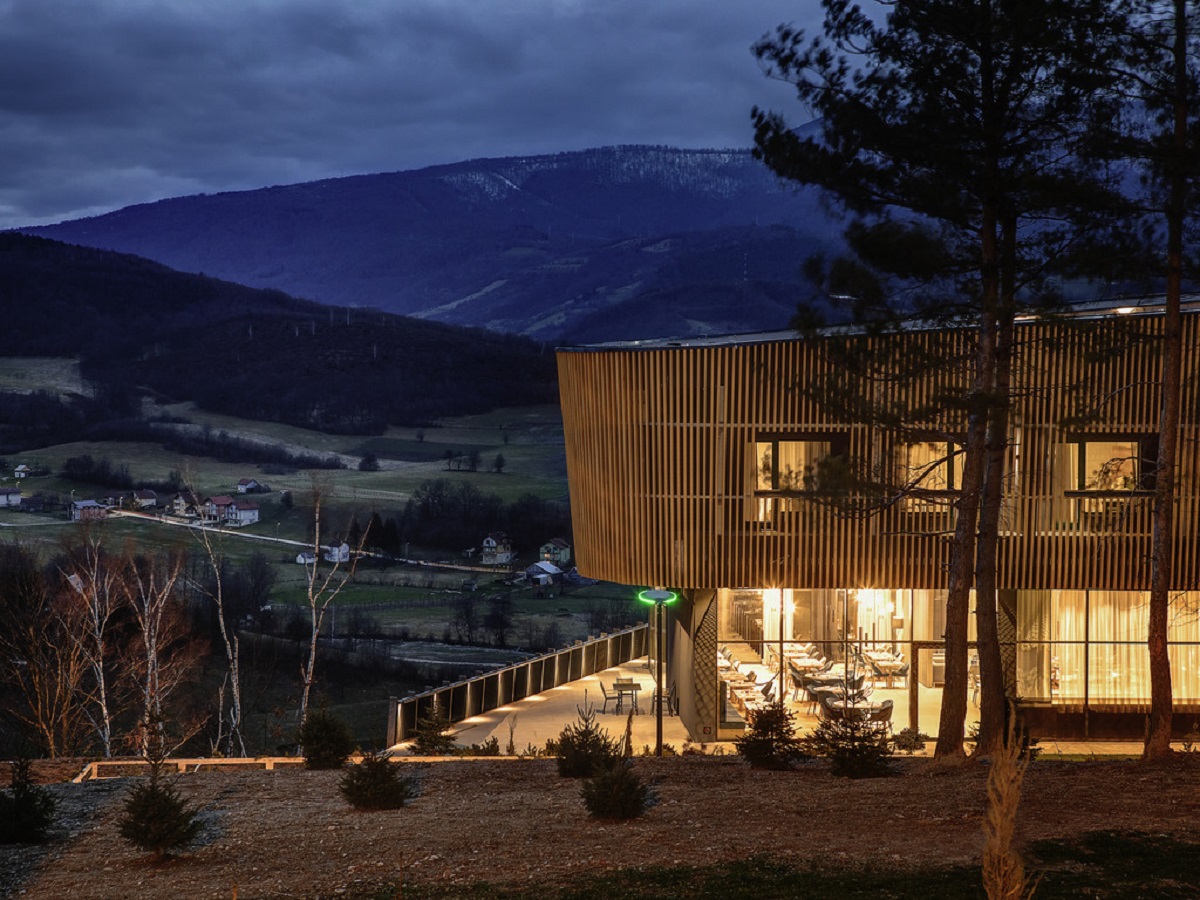 Greenhouse gas emissions are considered to be the emissions of toxic gasses in the atmosphere due to the greenhouse effect. The greenhouse effect is the effect of the 'glass garden' by literal translation although what does that mean for us except the feeling of a garden with sunlight and a glass façade. The greenhouse effect is the feeling of being uncomfortable in a larger space with direct sunlight coming in and lots of surrounding partly or fully visible. Not only that, it is the feeling of a large percentage of humidity in the air and the non - standard space which is not meant to be a habitable space but only as a garden because it isn't possible to use such rooms for a longer time duration by people and the feeling of hard breathing, stress and other issues becomes clearly visible.

During the next week the Climate Change Conference in Glasgow will present the newest on CO2 emissions, sustainability and climate change topics connected to architecture.

Easily explained the greenhouse gas emissions affect the global changes in climate as the GHG (greenhouse gasses) emission goes into the air and the atmosphere.

As seen on the link with presented project on sustainable building design the effect of architectural design must be defined according to standards. Another link here is showing how education on single - used plastic recycling is valuable and what it means for the lowering of greenhouse gas emissions.

There are numerous examples of working spaces where the rooms and spaces are made of more than 1/10 of the room perimeter and 14% of room area with glass façade walls, and this is not counted as opened windows. Even better is if the windows are 1/7 of the room perimeter. The façade walls and façade systems can be made with glass panels especially in new trendy architecture such as seen on the top image with vertical profiles longer than horizontal ones and smaller glass panel width. According to standards the open area has to be at least 1/20 of the room perimeter. Mostly mistakes are common by companies that design different projects and switch to other projects and companies that change certain project parts during building construction at the site. The cost of such mistakes is paid by the users as these have to be in a space with lots of humidity and different air composition from the healthy normal by standard.

Air condition is used to change the room conditions such as temperature, drying out humidity, using the cooler to lower the room temperature or heating for days when the temperature is lower and the space has no heating either installed nor working in certain days and heating seasons.

The ventilation system is used in buildings and spaces which have little or no façade openings in term of windows while air condition is only a temporary substitute for the ventilation system. After construction, technical proofing of the building is an essential for any building use. One of the things that have to be taken in consideration is that in case residential and office buildings have no windows on the main facades while being used during most part of the day for example more than 3 to 4 hours daily, have to always be ventilated and the ventilation system needs to be checked regularly while room conditions must be checked for air composition, the amount of CO2 and O2 in the air and the temperature comfort feeling or any dust in the air inside rooms.

Mentioned by Harvard university course on climate and energy: “We have an addiction to fossil fuels, and it's not sustainable.“ Further mentioned in the course is an example of different scenarios of energy consumption and greenhouse gas emissions from 1980s, showing alternative technologies that stop or mitigate the use of fossil fuels and don’t let greenhouse gasses into the atmosphere while energy efficiency is important in making buildings and houses more efficient and not only that but any electrical devices more efficient as well as cars making more efficient.

On the web link is mentioned new project design and existing buildings with different examples for reconstruction, restoration, adaptation and conservation of buildings. Another image shows a new building with a glass façade with smaller width of vertical profiles and larger horizontal profiles while there are only few windows on the large floor plans of the multistorey building. It's a type of building façade in Bosnia - Herzegovina using modern façade systems with vertical coloured glass panels.

Windows are for air getting inside the room and doors for getting into a building or house. What is the definition of glass windows to glass doors and who does such mistakes. A window is not a window if it cannot be opened. When a building has large glass doors rather than using windows on façade, it is easy to forget to open the doors for air ventilation, what does such system of architectural design tell us rather than there is little proper architectural design for real residents and healthy, sustainable building use either for employees in offices or for residents in housing design where such façade design is visible.

There is a need to check the architectural planning standards and building according to the firstly main and basic definitions of architectural design and building components. Not to mention anatomy. Such understanding comes more to expression during the COVID - pandemic where people are advised to stay indoor in their homes and rather less time spend outside where they get in contact with other people and the nature, green area or parks are perhaps not nearby. This becomes more clear in towns and cities rather than in villages where most houses have an outside garden and landscape with natural surrounding. 38% of the GHG emissions that are energy related are measured on the built environment according to RIBA research mentioned for the Built Environment Summit pre - Climate change conference COP26.

Normally it is advised to ventilate any rooms or interiors by opening the windows for at least 10 to 15 minutes on the daily basis. It is not really understood if this could mean to open the windows partly, on tilt, sashed or fully. When building technical proofing is done, facades are checked for enough windows while the standards are considered with fully open the windows. The façade design for buildings that have non - standard window and door openings this becomes a hard checked task to be done. The EU measures are the reduction of the GHG emissions for 20% , higher energy efficiency for 20% mentioned in the goals for European energy politics then policy on toxic greenhouse gasses that are ozone damaging and policy on measuring the GHG emissions politics and reduction measures.

Top image of a building façade in Bosnia – Herzegovina with a façade system and glass façade. Image courtesy of All Accor Group.