Valencia-based architecture firm Fran Silvestre Arquitectos has designed a private permeable home that makes up a cantilevered volume on the upper floor.

Named Piera House, the house is located in Burriana, Spain and talks about setting limits and their permeability.

The house is marked with its fully-glazed transparency and opaque fence that wraps the upper volume for privacy. The white-colored opaque fence wraps the four façade to maintain privacy for private rooms. 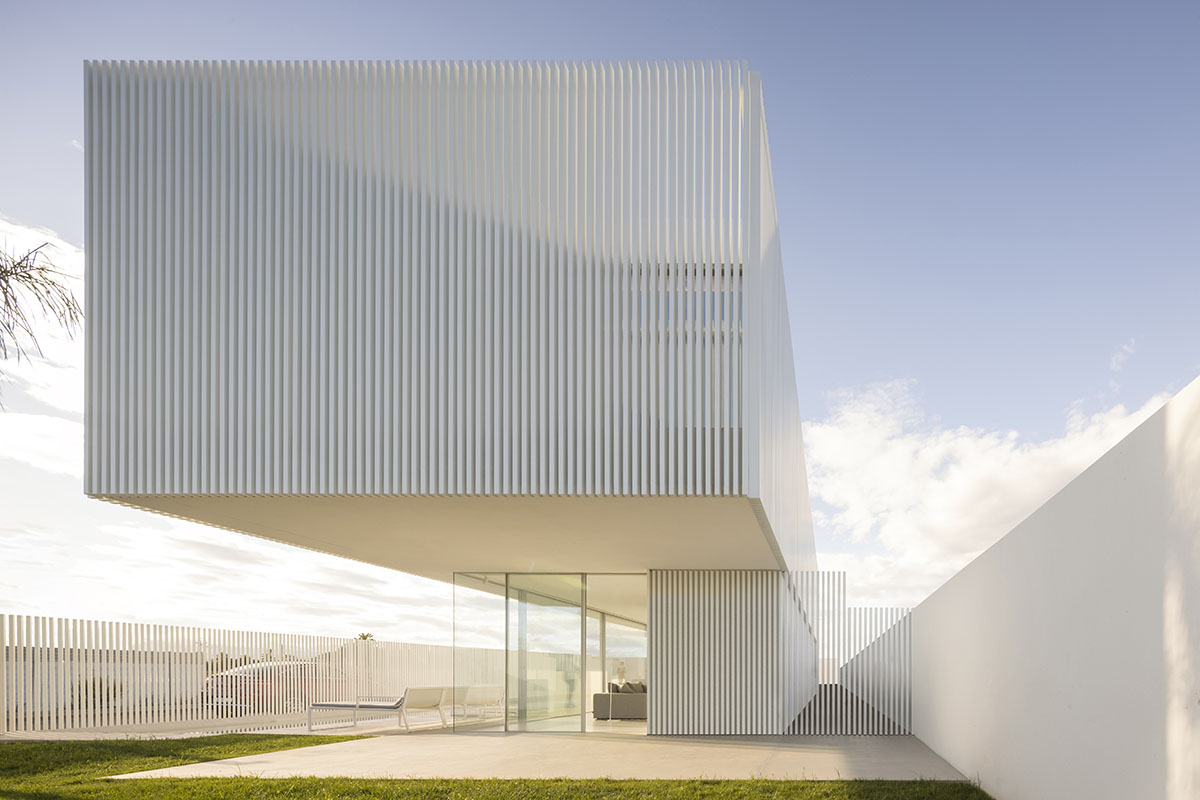 "The first border is established between the street and the free space of the house, in Burriana, as in many municipalities the regulations establish a maximum dimension for the opaque fence and the rest of the height with a permeable materiality," said Fran Silvestre Arquitectos. 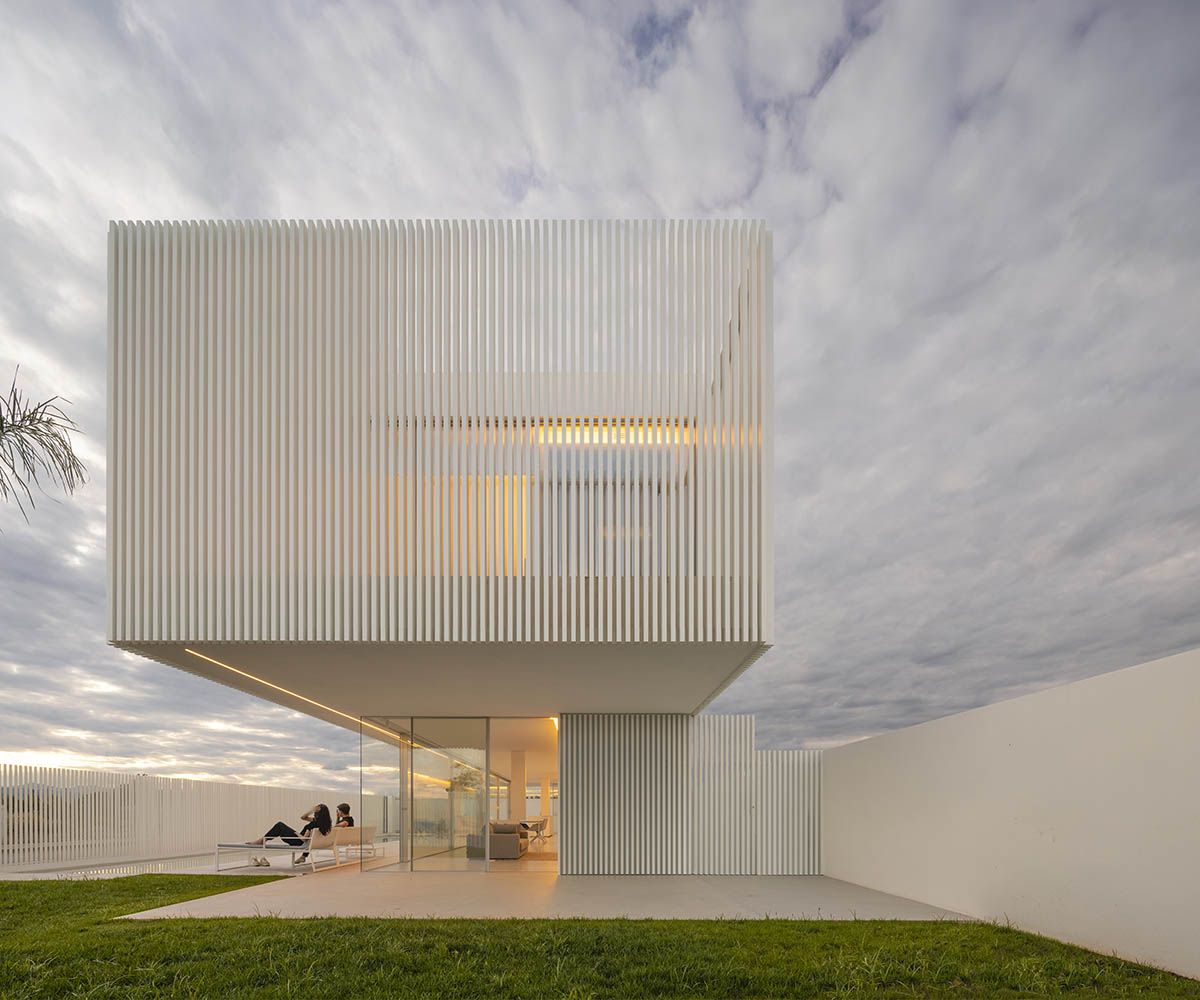 For this opaque façade, the studio is influenced by the gate that Andreu Alfaro together with Emilio Giménez designed both in the house and in the sculptor's studio.

The architects translated the same materiality into this border as an opaque filter to provide the views and create penetrable skin for light and air, with a constant materiality in full height. 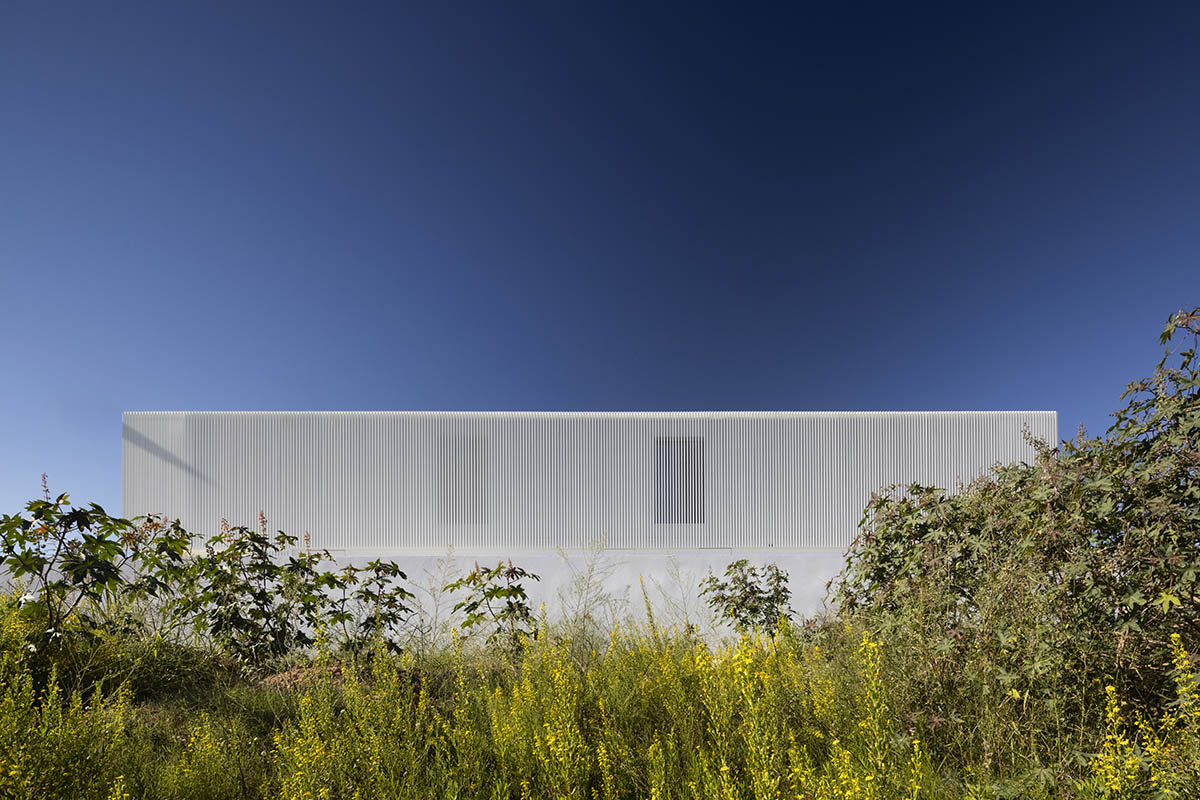 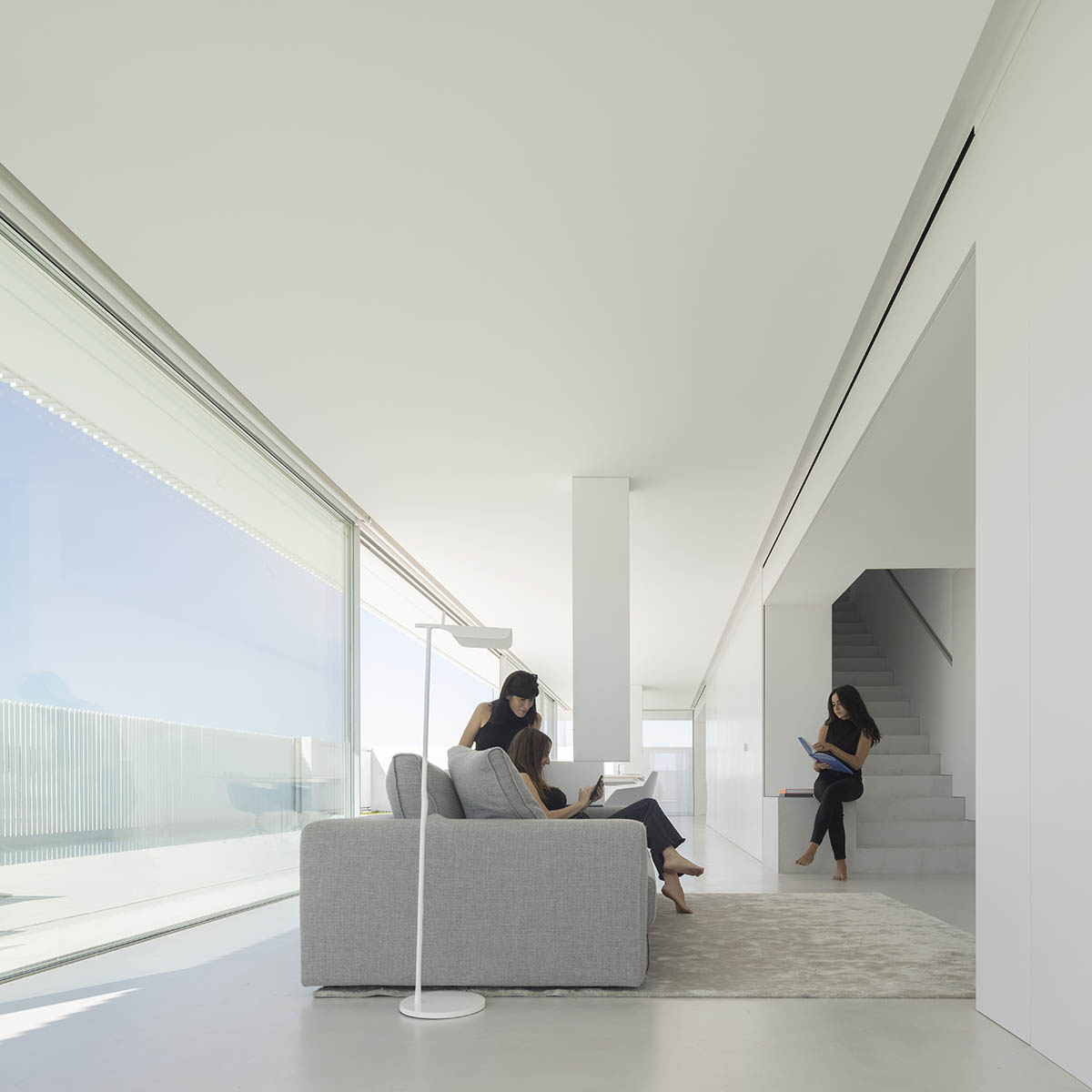 "This fine line built with aluminum profiles, which are arranged at an angle that prevents the view from the outside, draws a patio with almost the entire available surface," said the studio.

"The heated area is limited by large-format glass carpentry, creating the feeling that the entire plot is the main space of the house. The dimension of the water pond seeks to broaden the perception of spaciousness of this space." 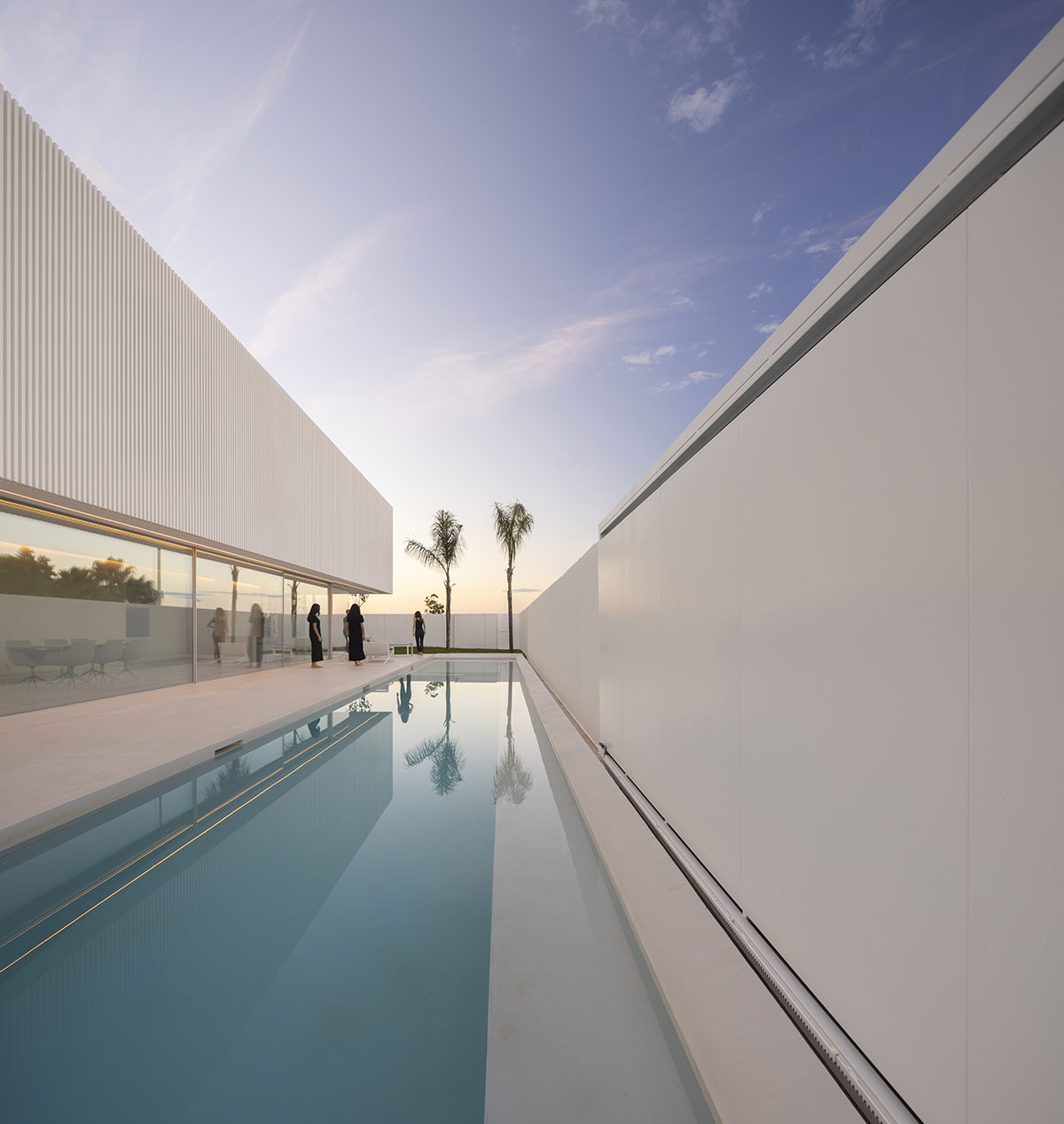 The upper volume, aiming to levitate, is drawn with the same materiality that gives the interior a kind of veil from which to look without being seen, as the studio explains. 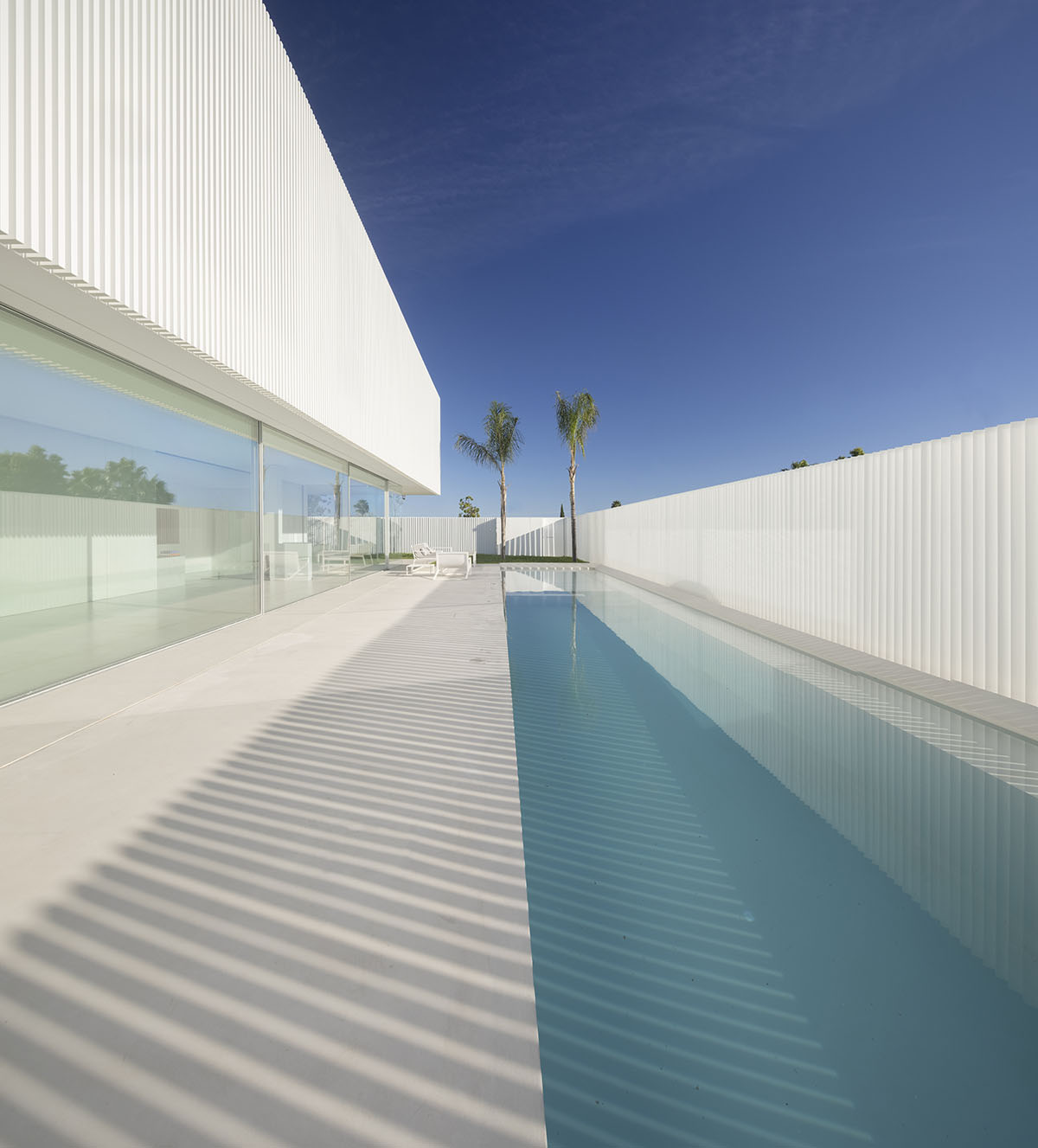 The dimension of this second floor exceeds the closed space of the ground floor, generating terraces and throwing another border, in this case immaterial, the shadow. 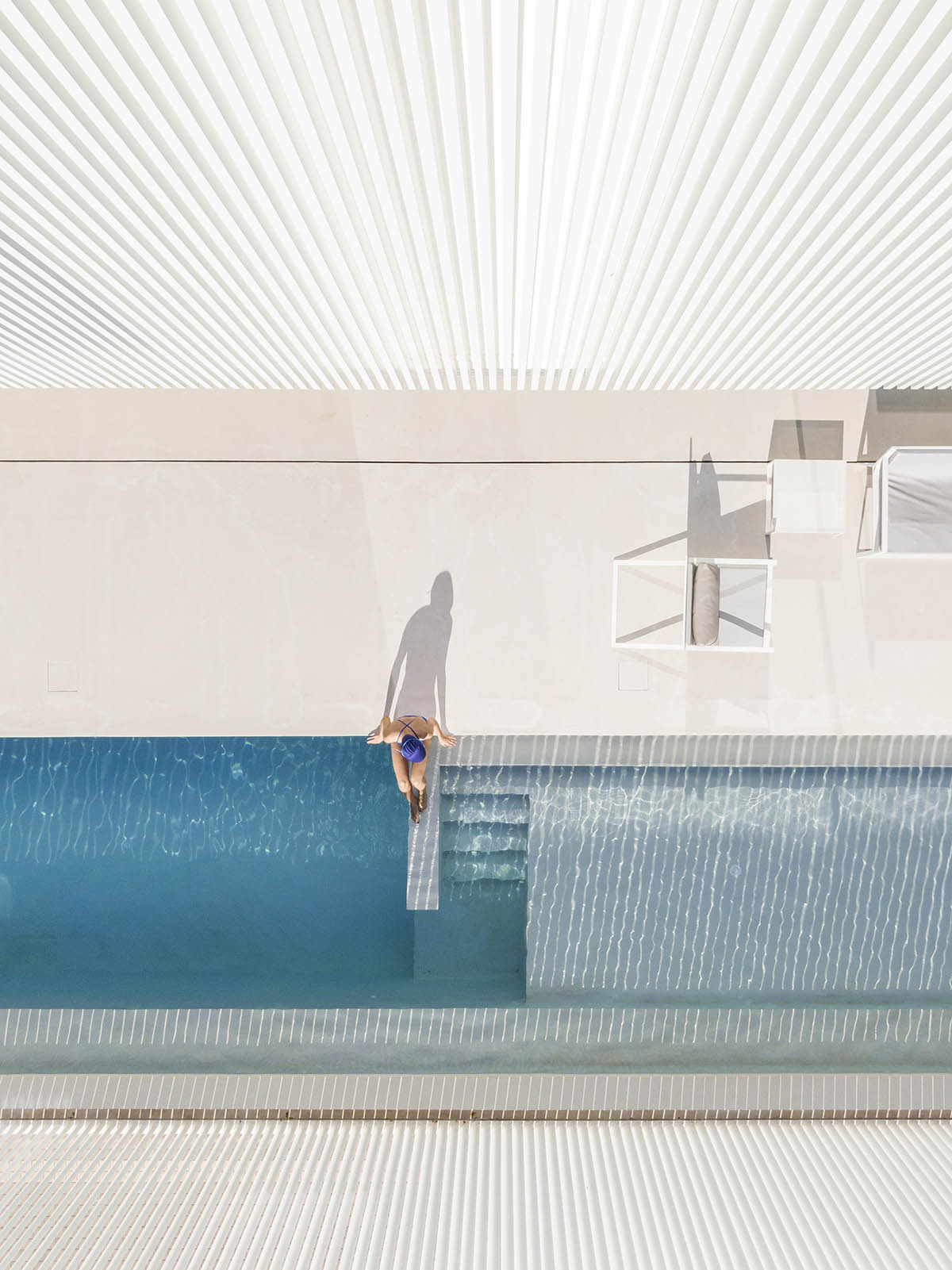 The accent is placed on a constructive element, the gate, understood as a lattice built with industrial elements that on this occasion defines the architecture, confers privacy and dynamically characterizes all the materials as they are pierced by the intense light.

The studio added that "an effect that has always captivated us, it is no coincidence that the Muslim architecture in which this element was used called it that way, masrabiya ("maravilla" in spanish, wonder)." 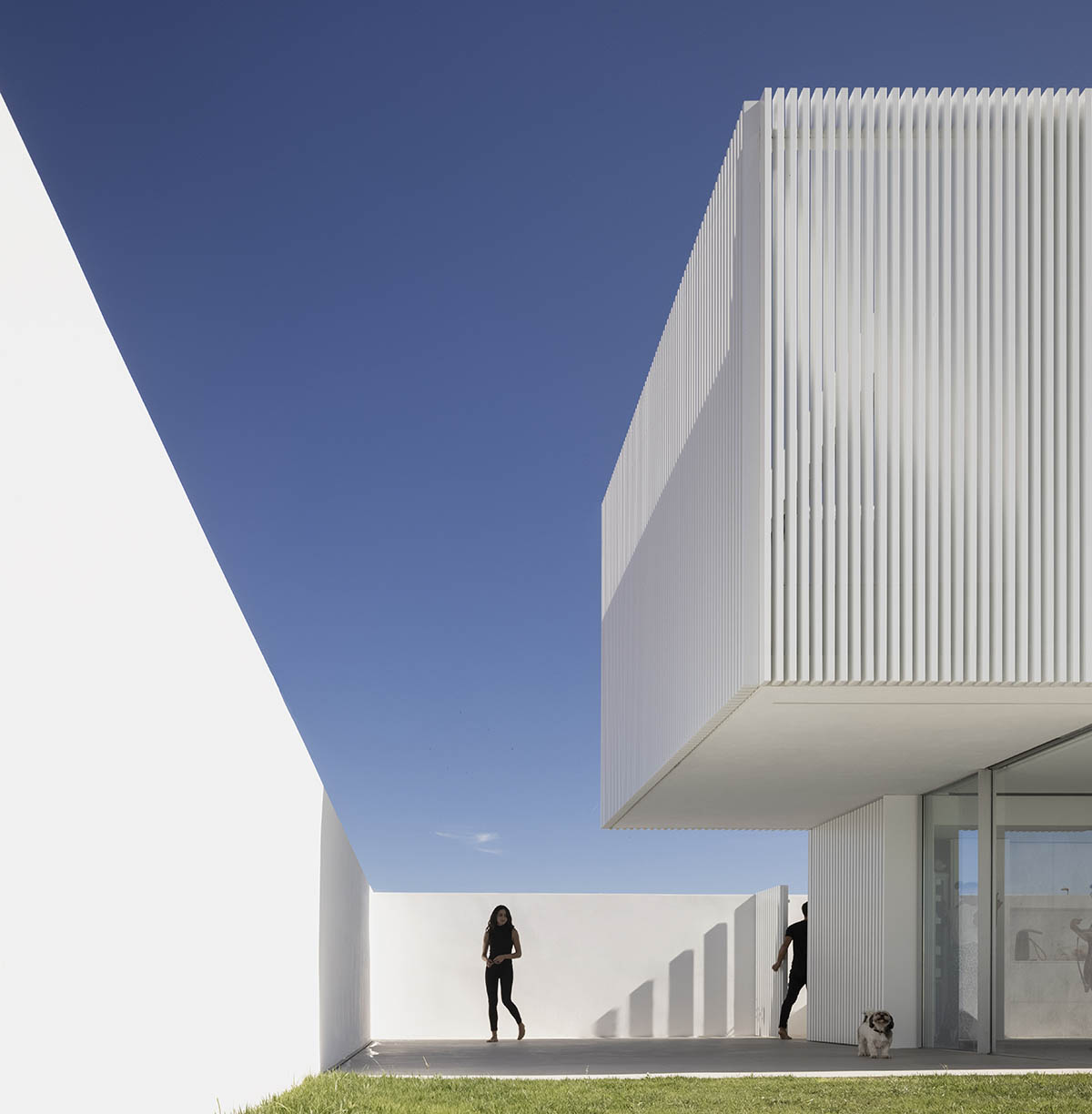 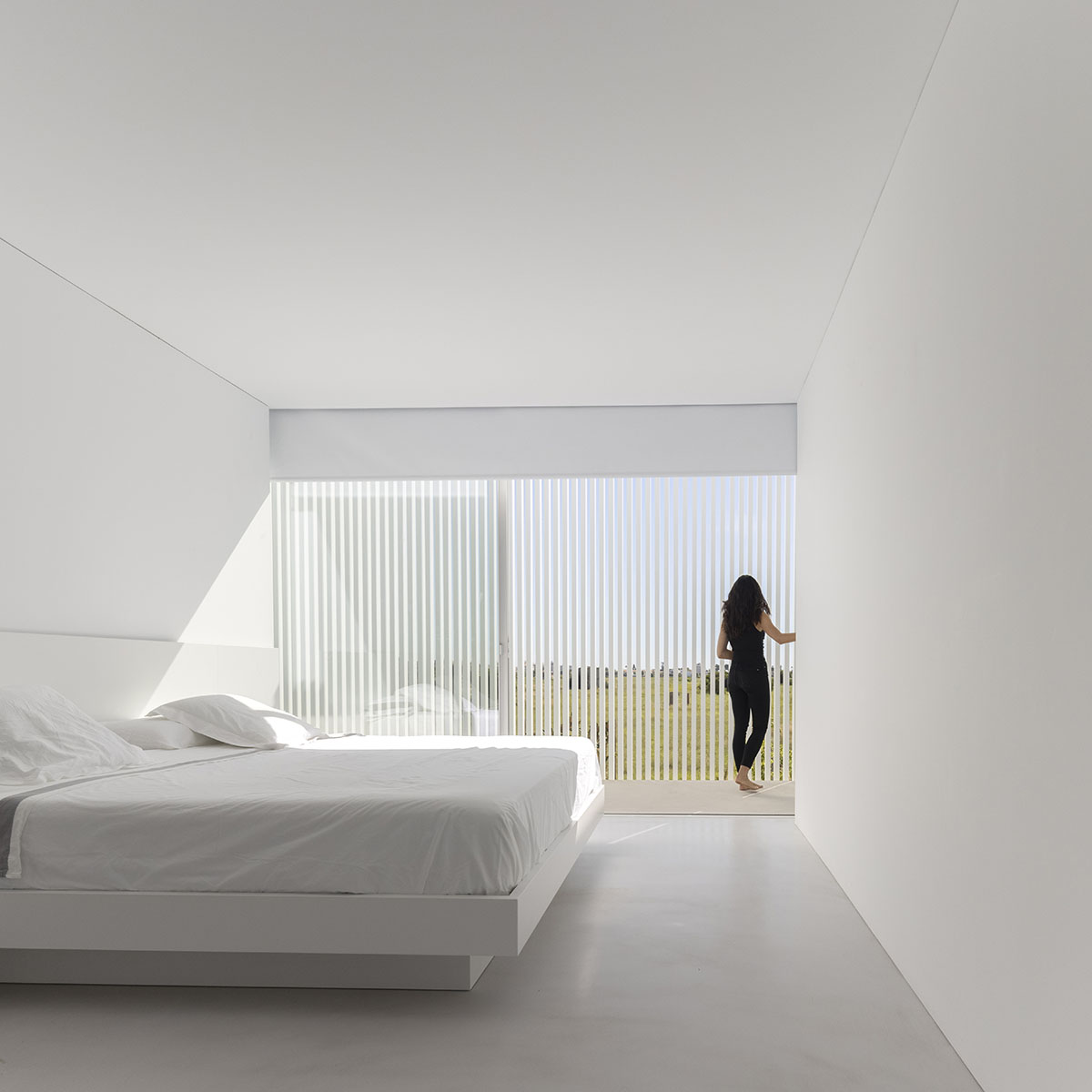 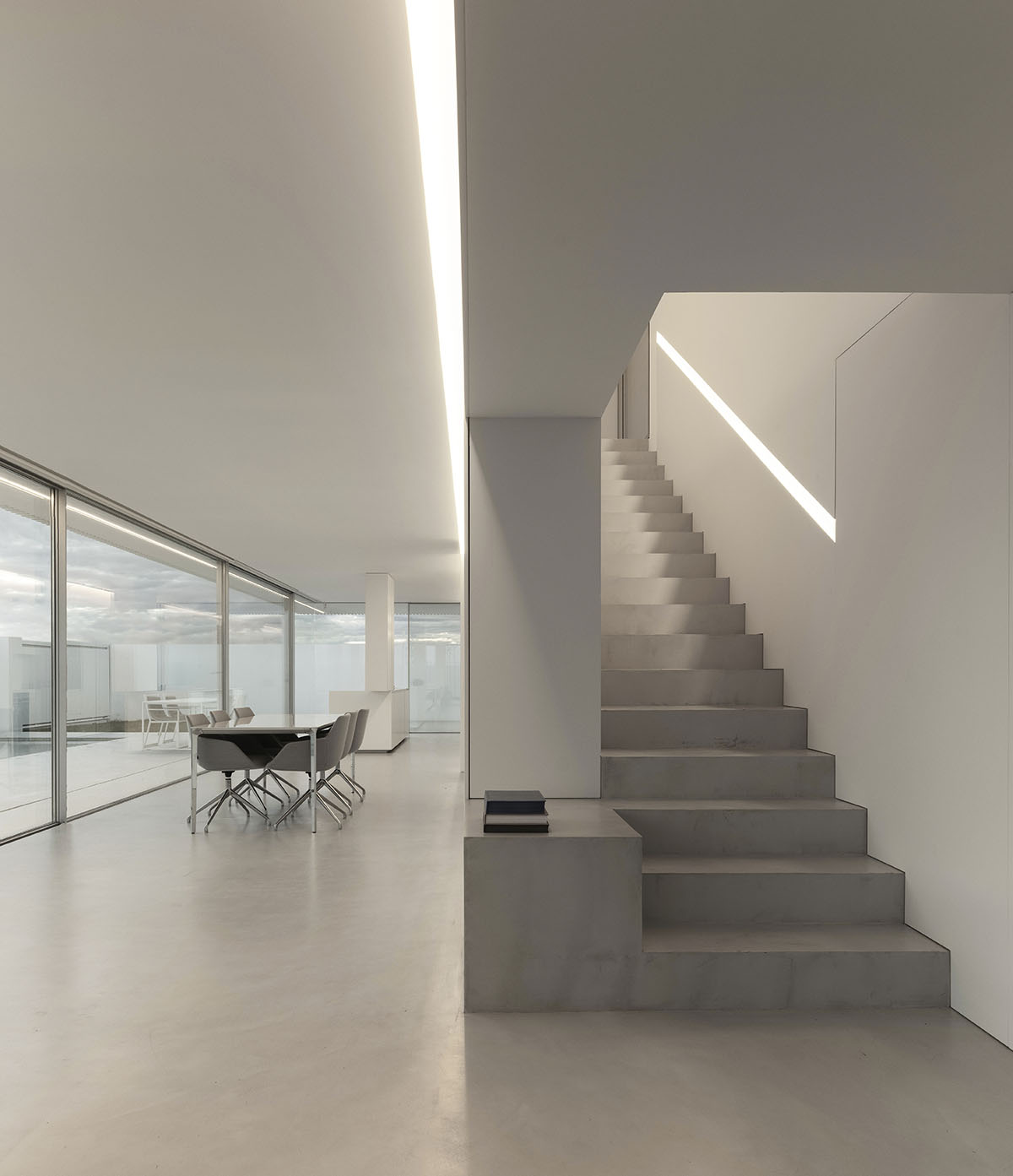 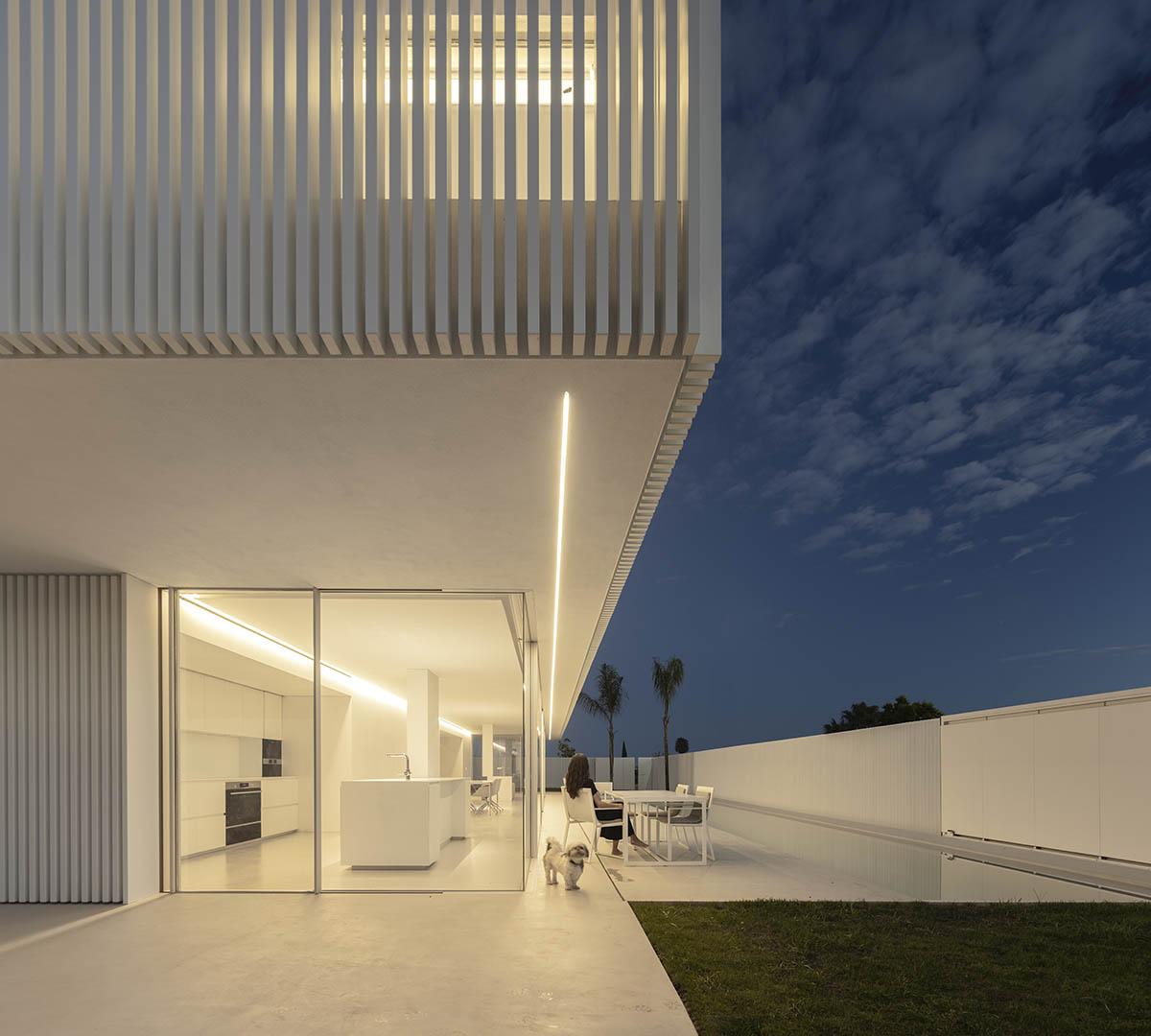 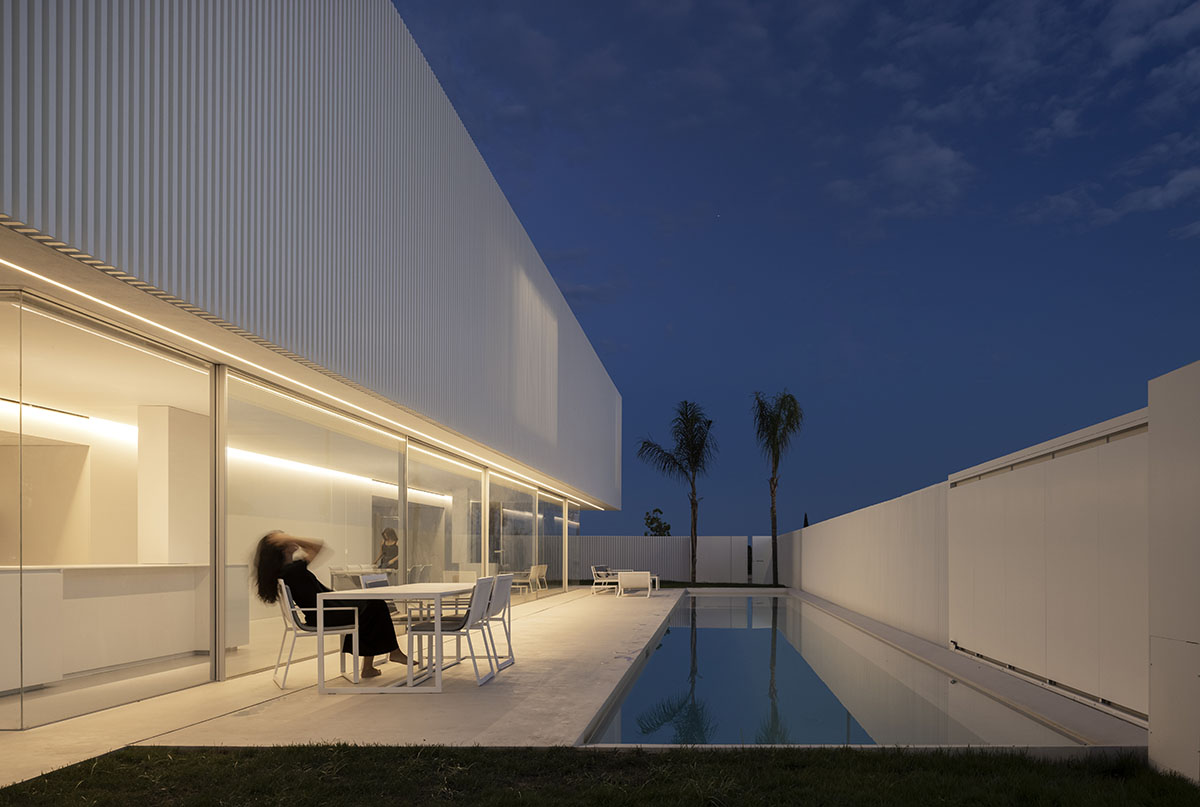 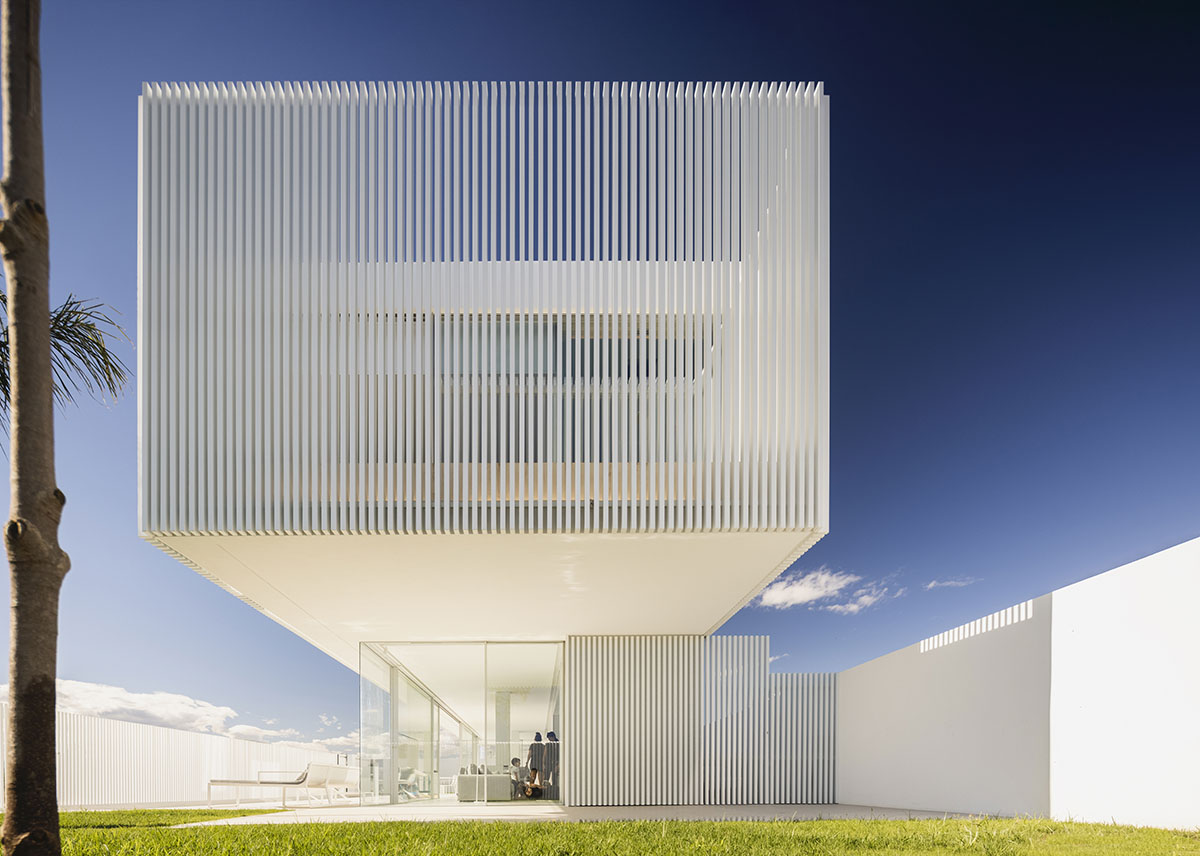 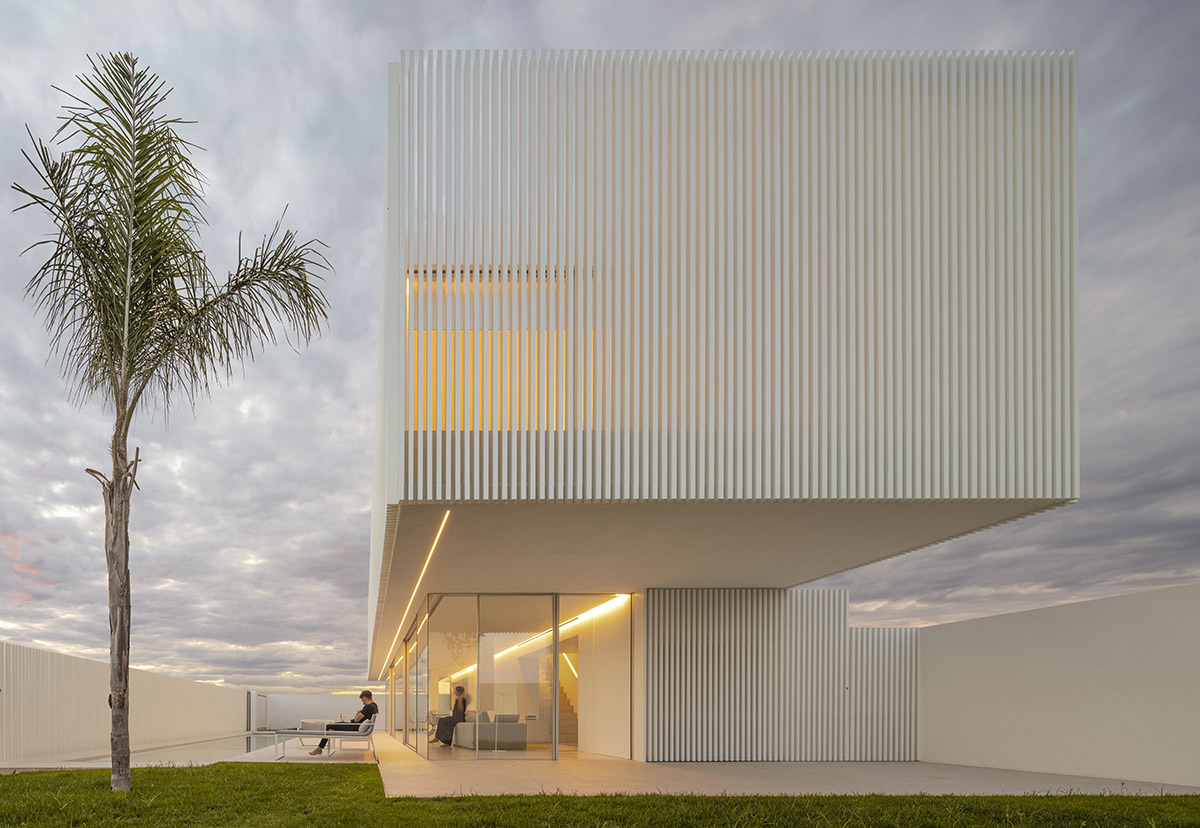 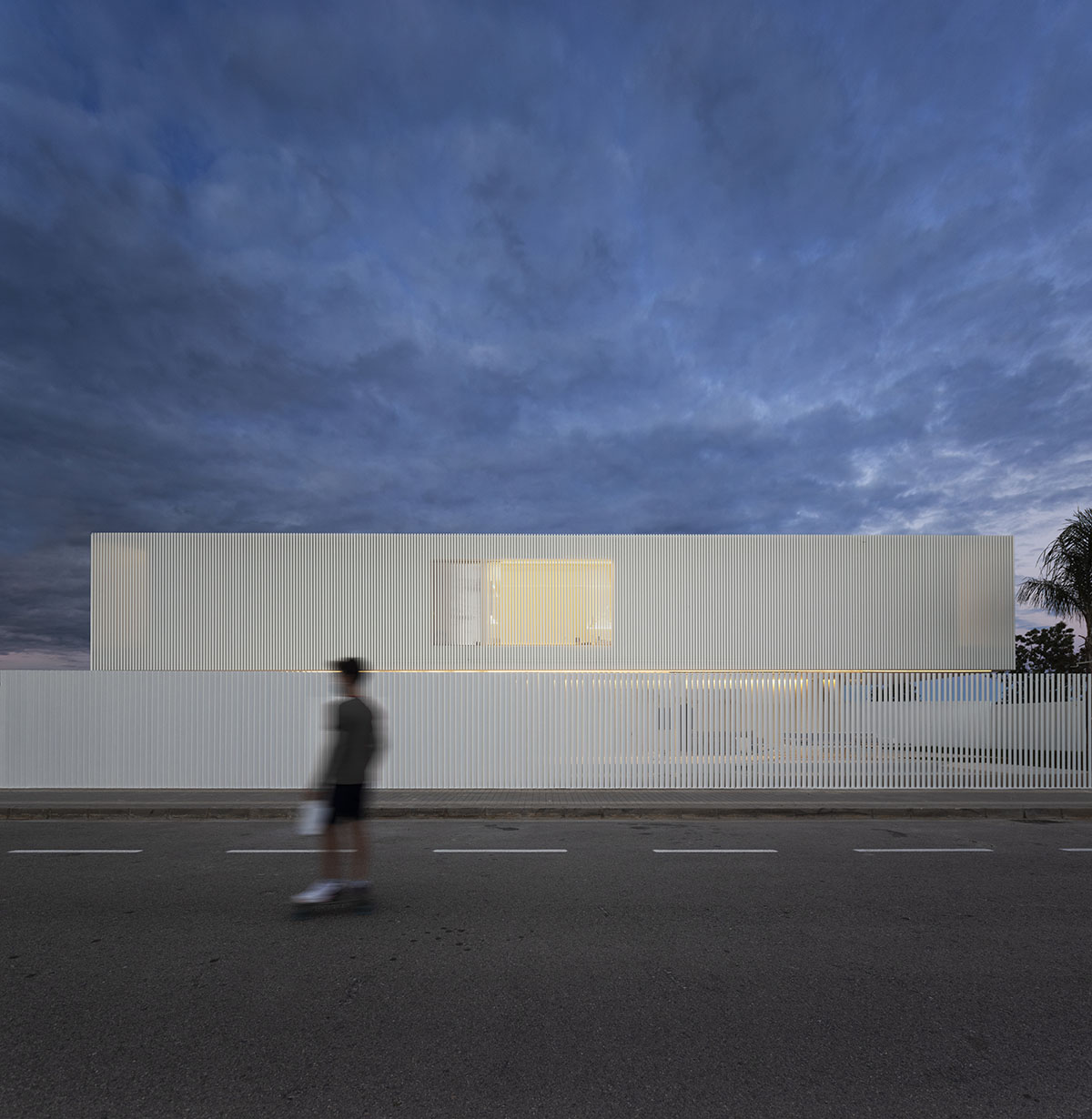 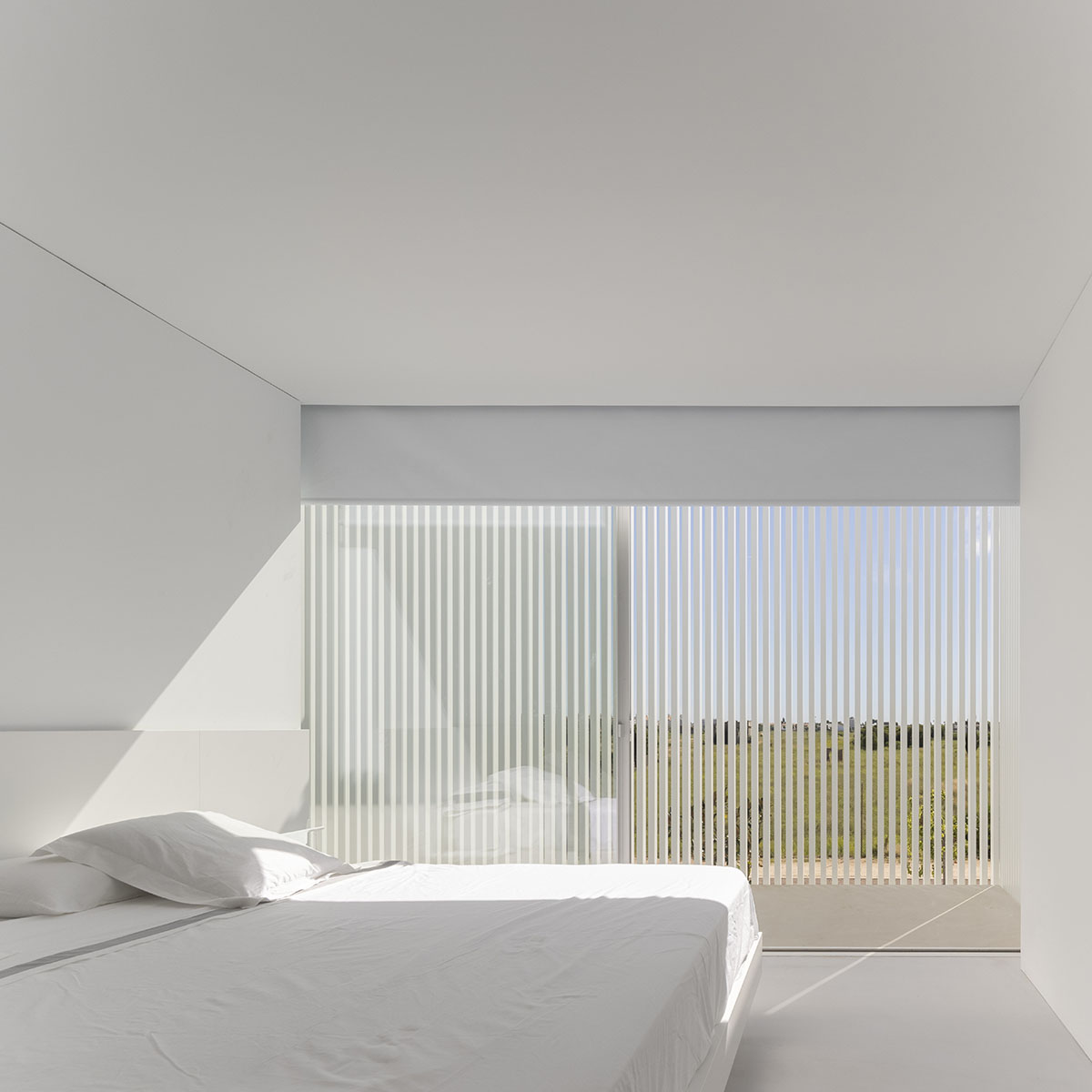 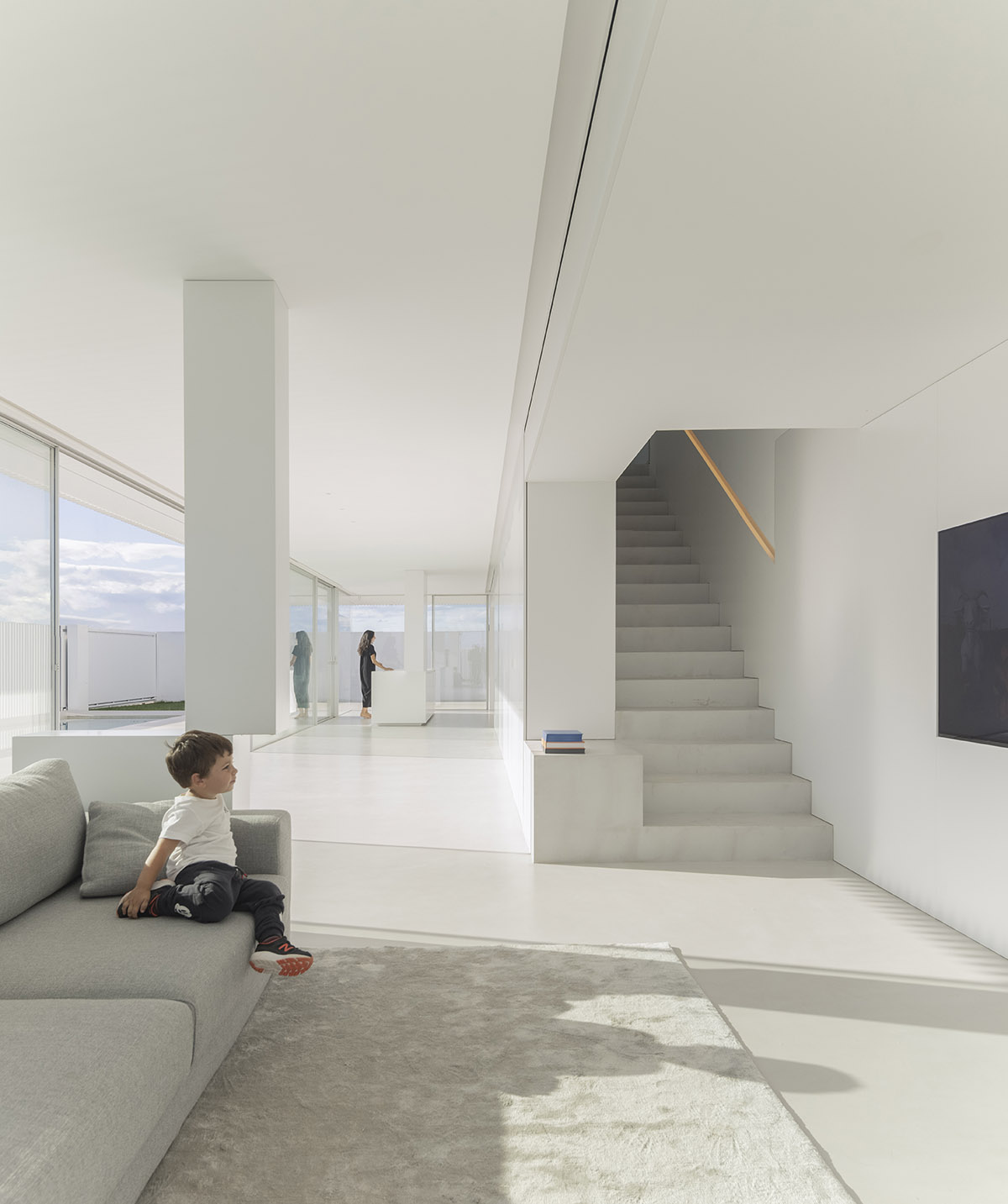 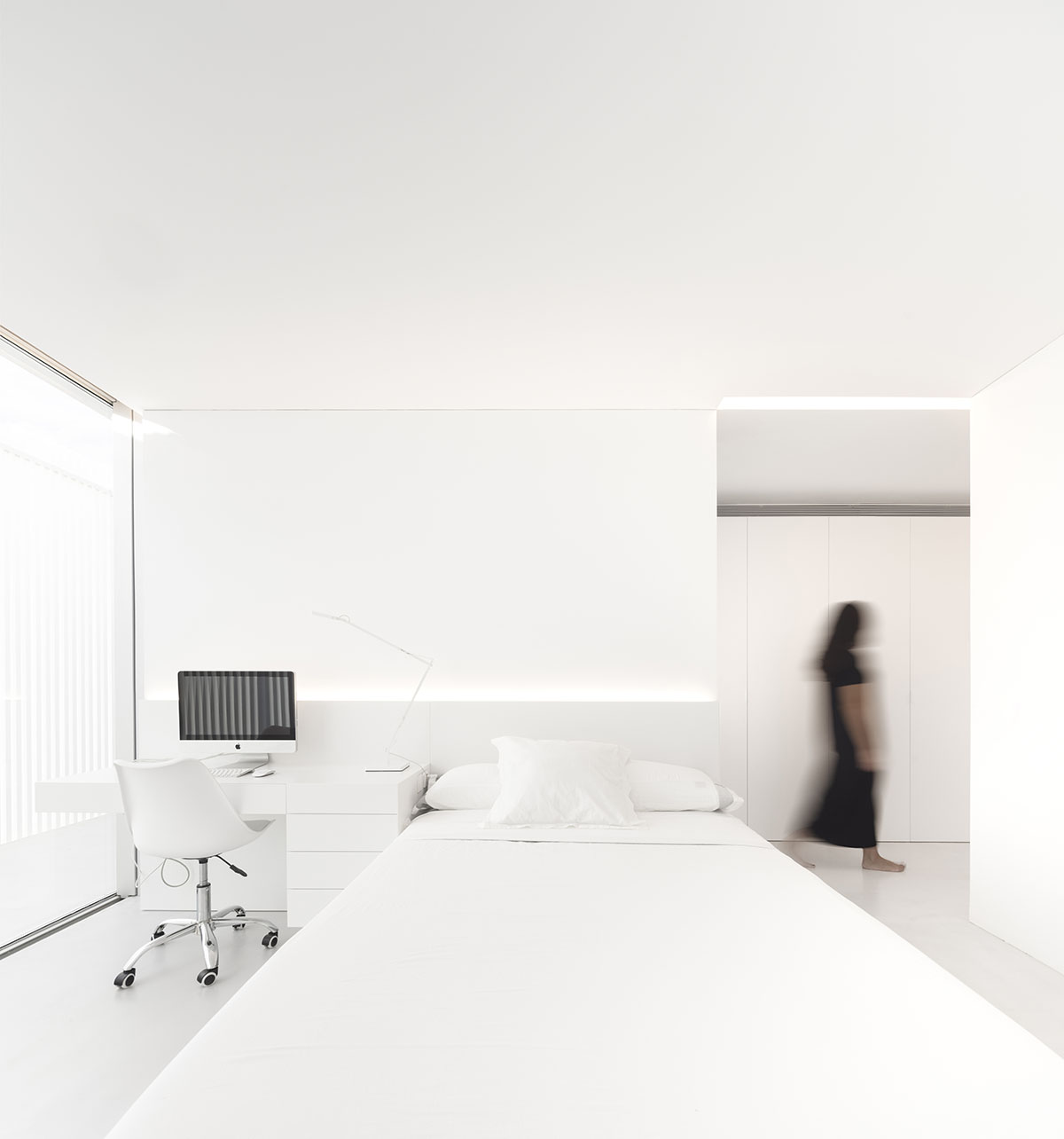 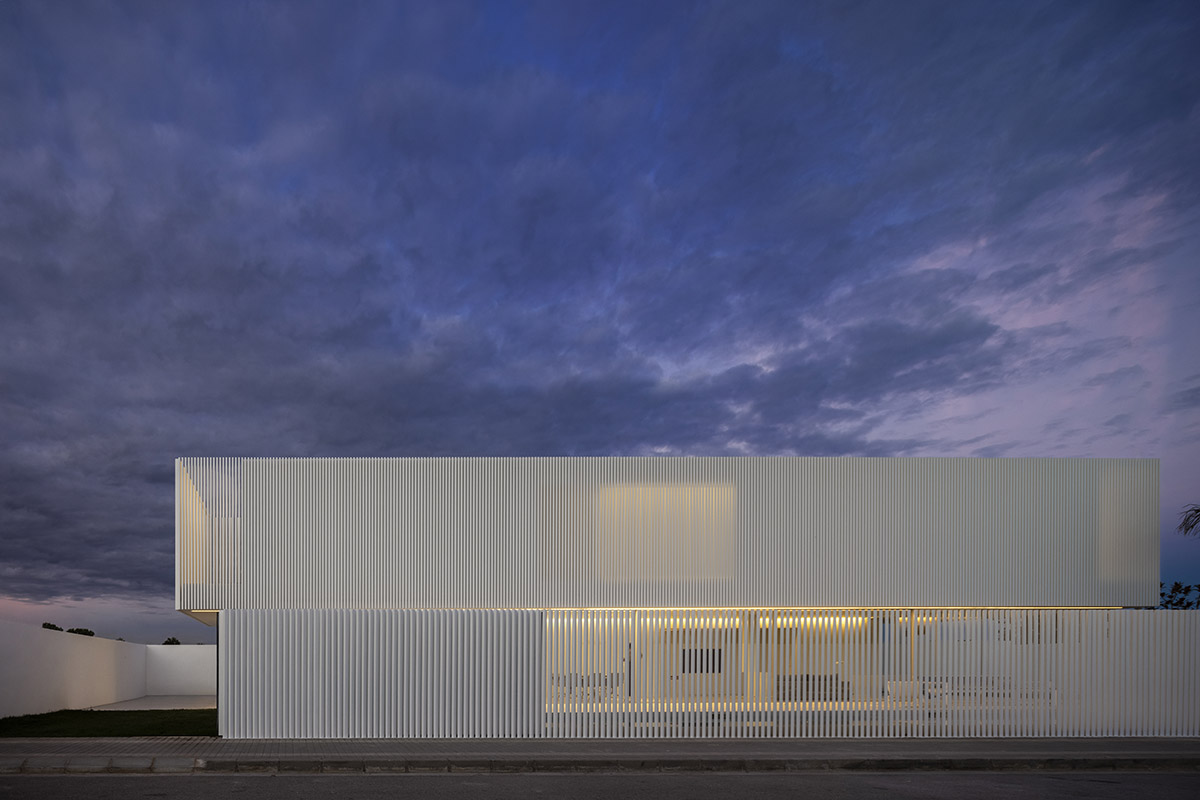 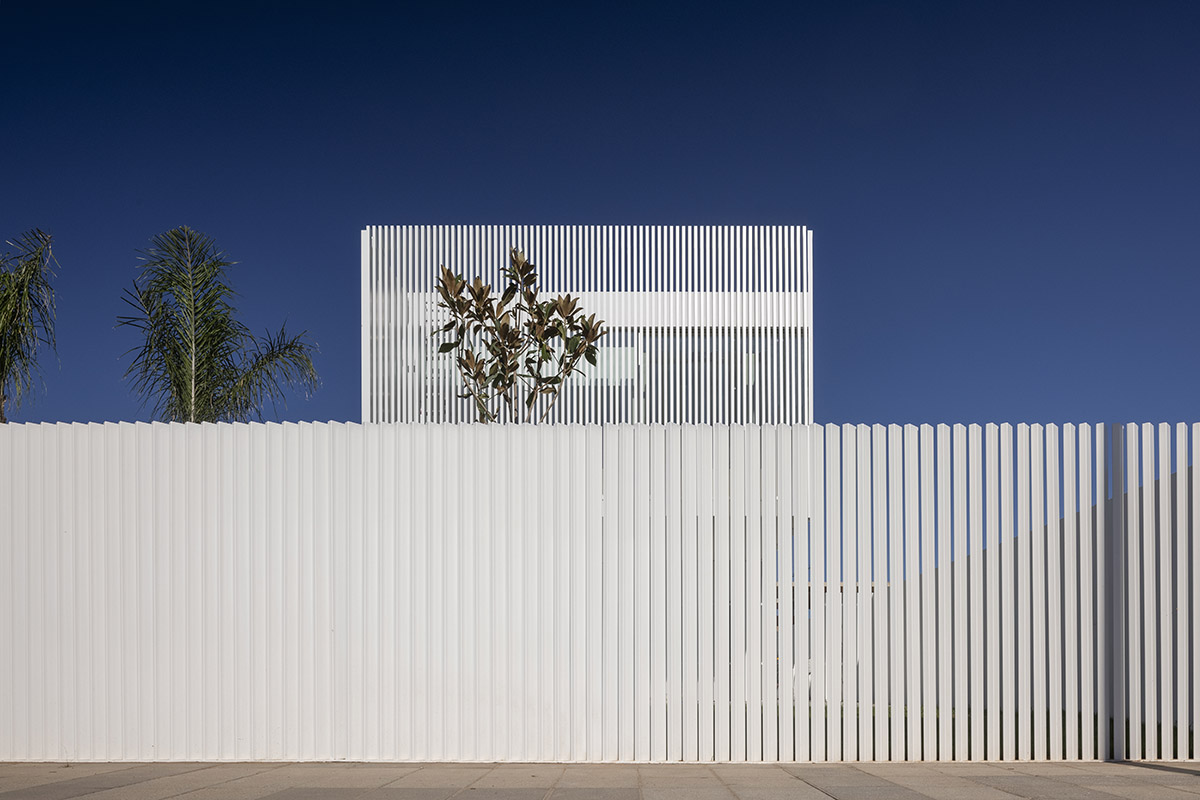 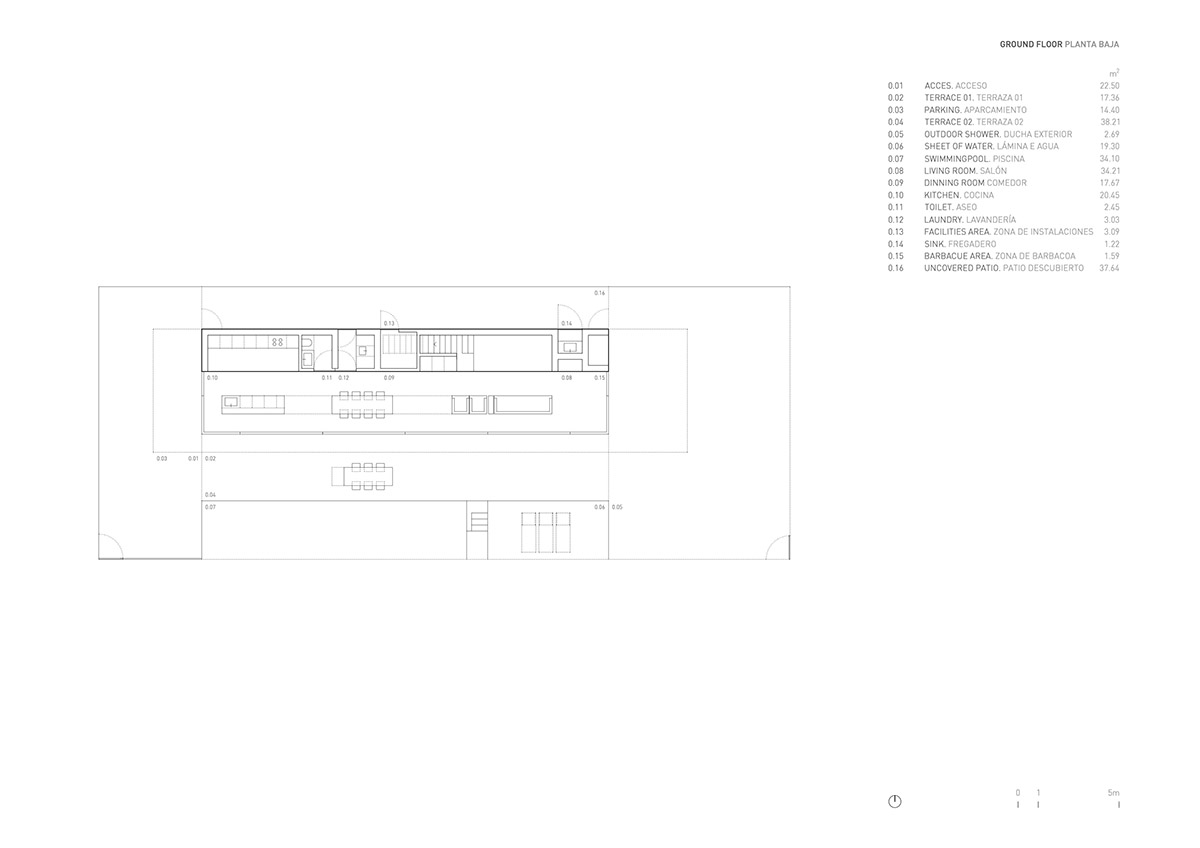 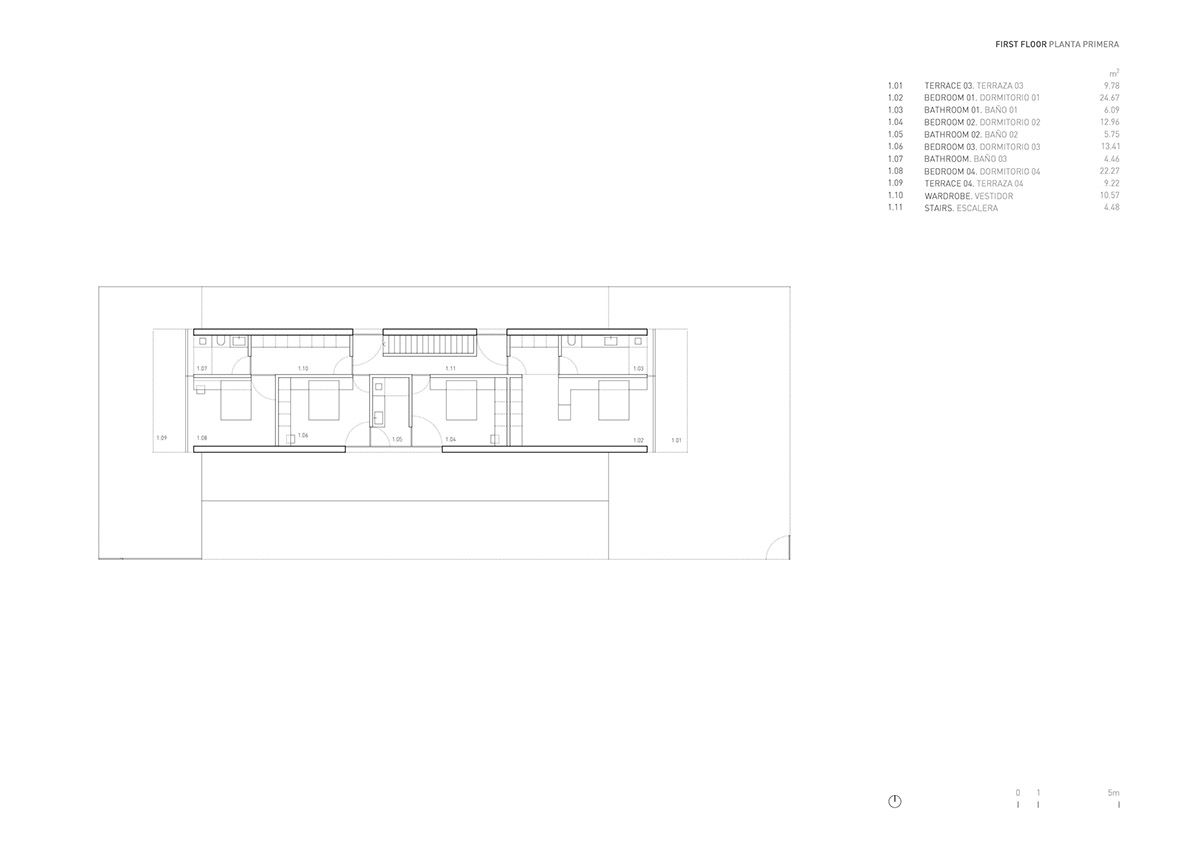 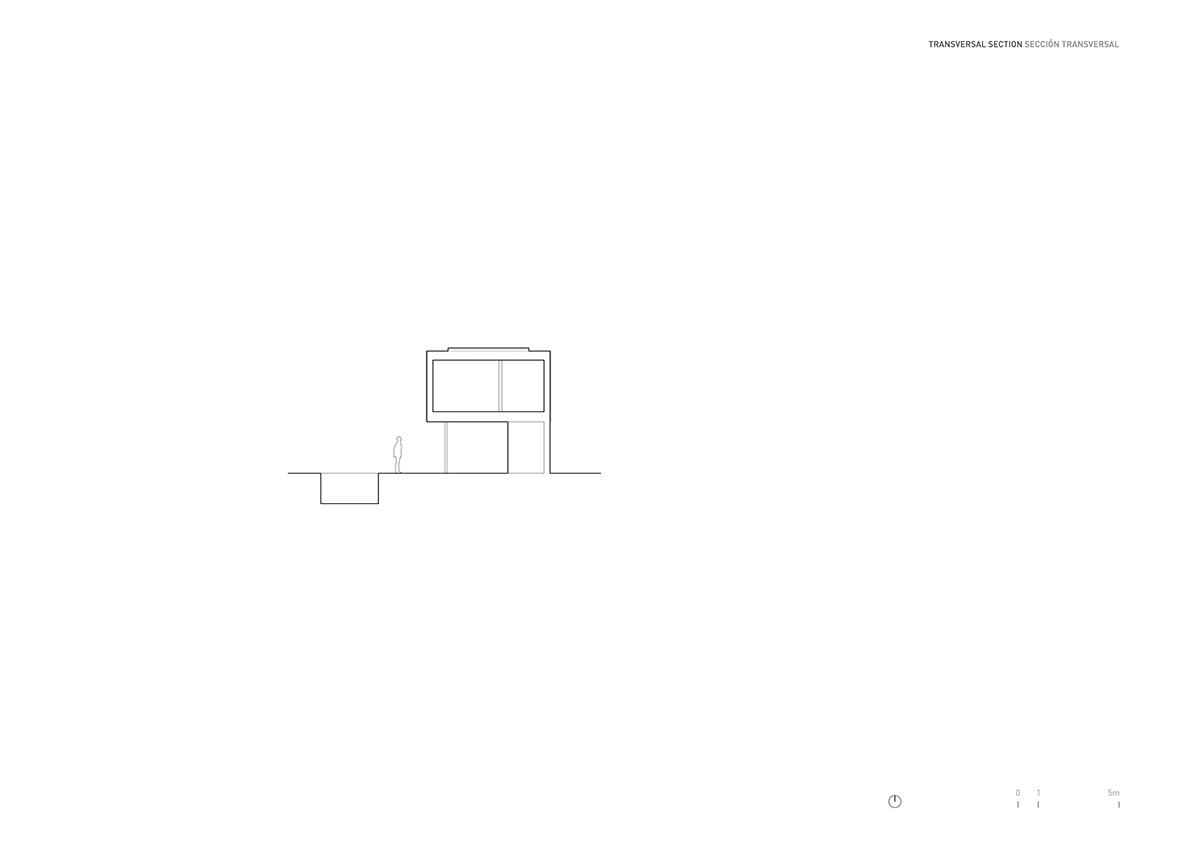 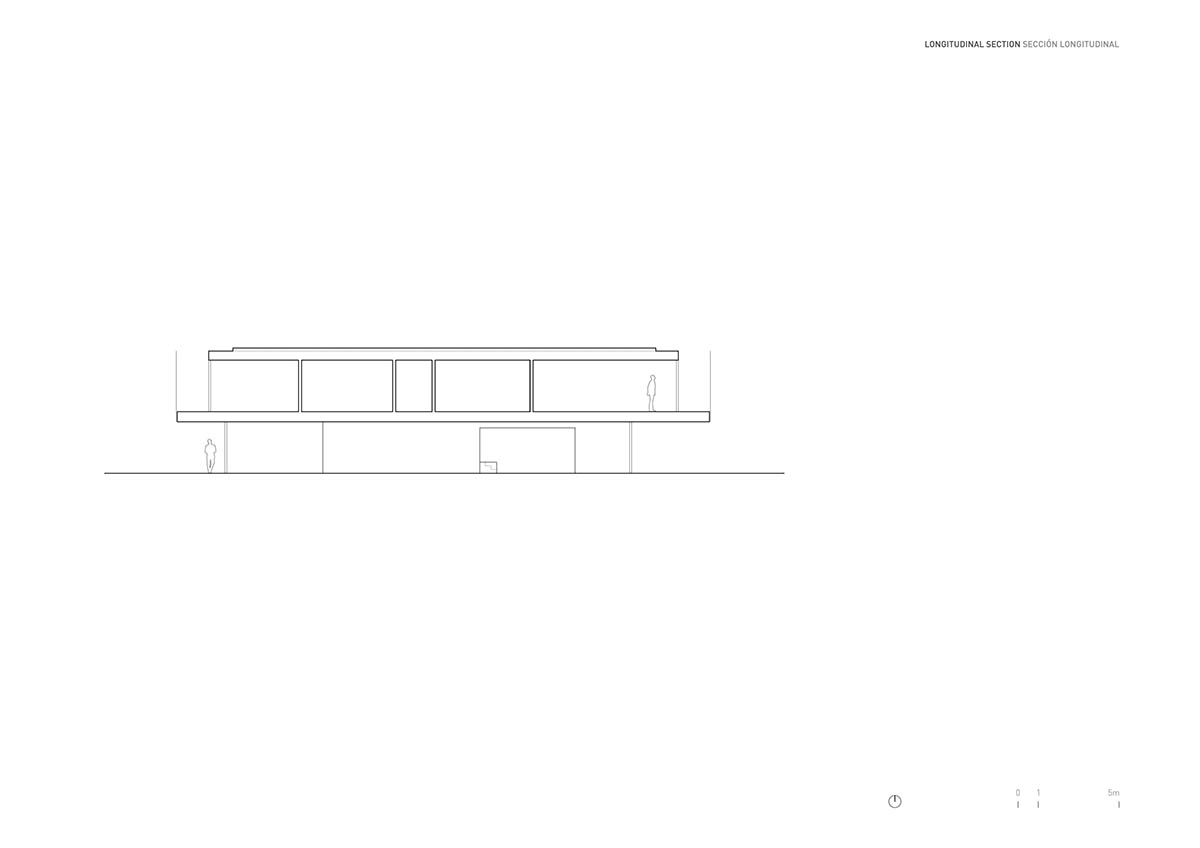 Fran Silvestre Arquitectos recently completed a transparent NIU N70 in Spain and completed the House Of Sand with cantilevered volume in Valencia.

Founded in 2005 by Fran Silvestre in Valencia, Fran Silvestre Arquitectos is known for clean and all-white geometries and the studio designs many private house across Spain and other countries.