Barcelona-based design studio Takk has renovated the interior of an apartment with wood and natural cork to provide more energy efficiency within this domestic space.

Located in Madrid, Spain, the project, named The Day After House, covers an area of 110 square meters and was designed according to the new models of use and environmental consciousness after the emergence of the new climate regime and fossil fuel crisis. 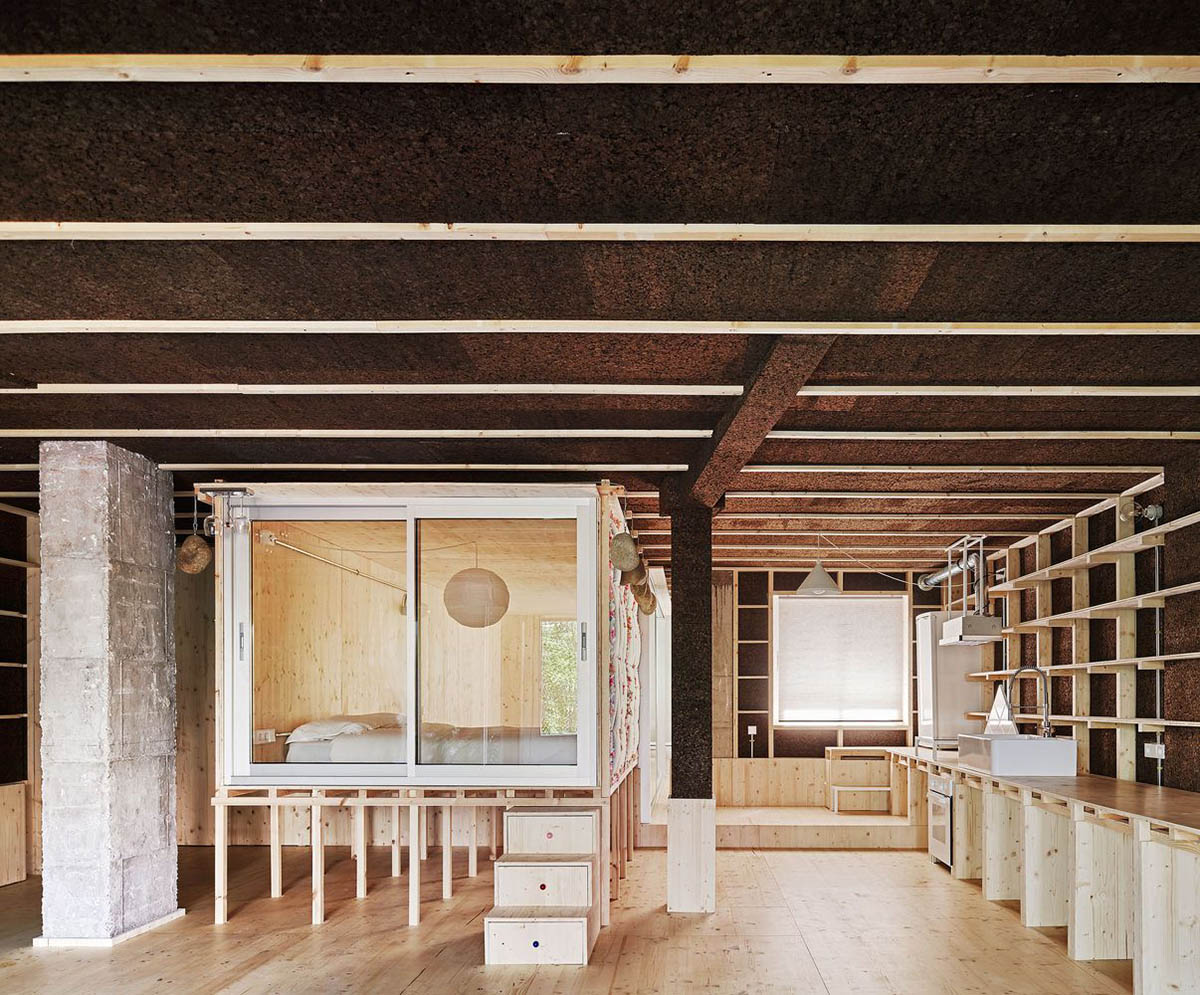 The L-shaped plan is converted into a new apartment whee the distribution of the program is divided into two parts: Winter House, a 60-square-metre perfectly thermally insulated box, and Summer House consisting of 50-square-metre area as an interior terrace.

Another wooden box, raised on slender stilts, are dedicated to a communal bedroom, which becomes a playful addition within the space. 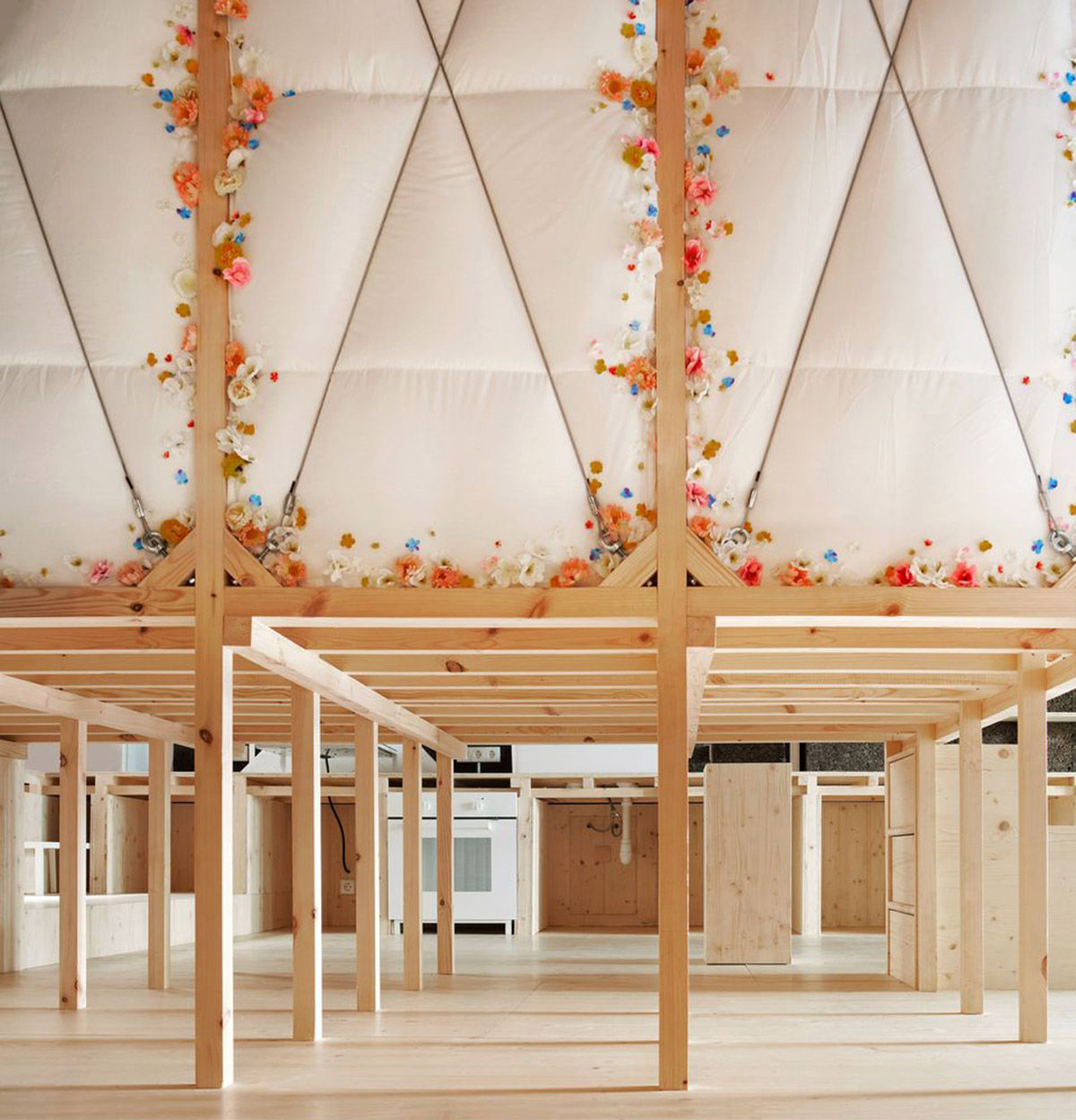 The studio designed the house based on three main ideas: the first design component was to work with thermal gradients that define the functional and programmatic configuration of the house, compared to a more traditional scheme based on the combination of rooms and corridors.

"On the new proposal, the distribution considers the climatic and environmental specificities of each space. As if it were the layers of an onion, the spaces of the house get nested each one inside of another," said Takk.

"This operation allows us not to use corridors saving this space for the rest of the house as well as working as a method for saving energy. As we get close to the central spaces of the house, they get more and more insulated and have fewer needs in terms of extra energy." 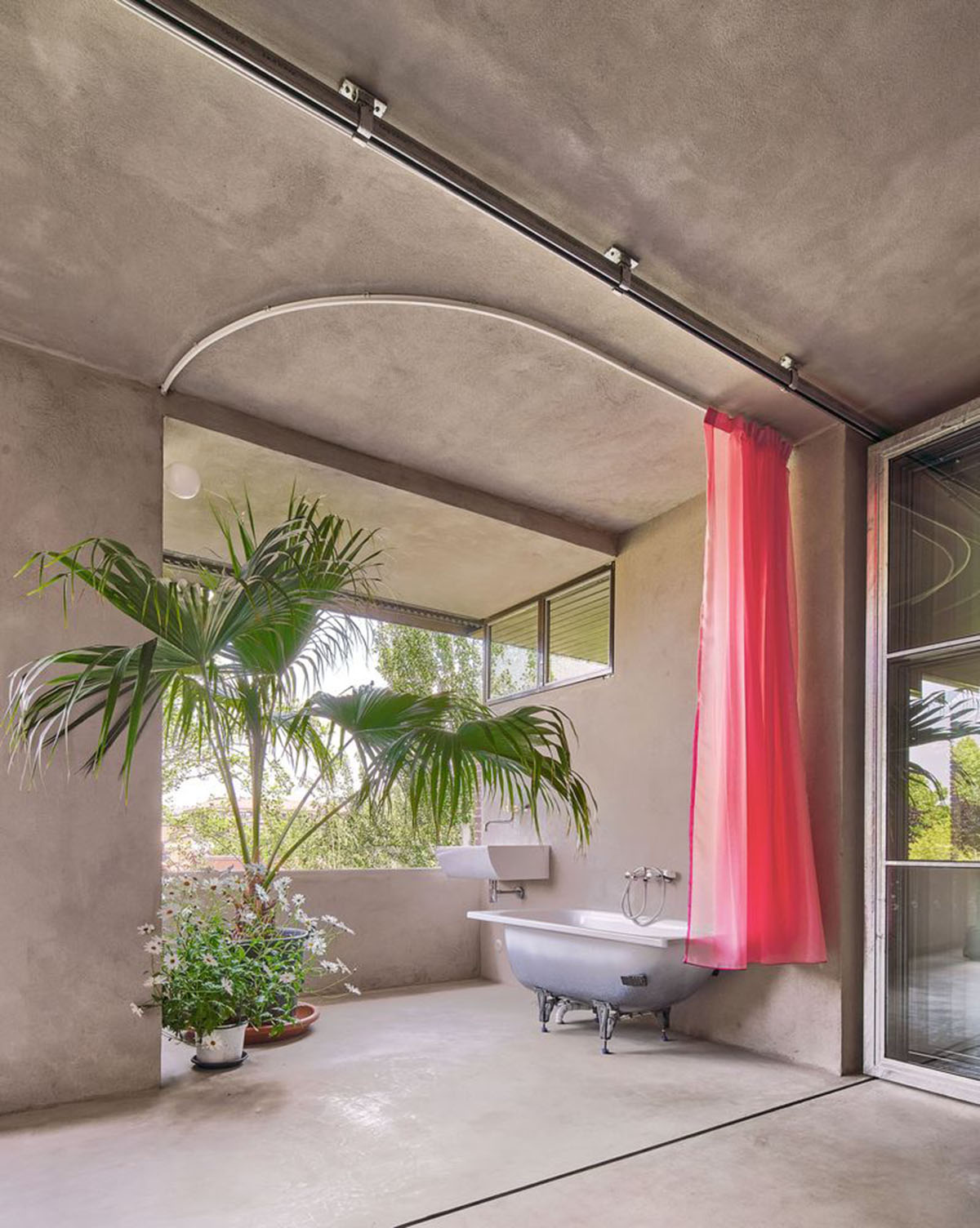 According to the studio, "this kind of climatic diverse distribution is inserted in a context of energetic scarcity and a continental climate characteristic from Madrid, with strong heat waves during summer and intense cold periods in the winter, and allows us to unify functional program, climate, and efficiency."

The floor plan consists of three main functions: Winter House, a Communal Bedroom and Summer House. While Winter House includes a kitchen, a narrow terrace space, including a bathroom with pinkish curtain, features a plenty of plants that make colorful interiors. 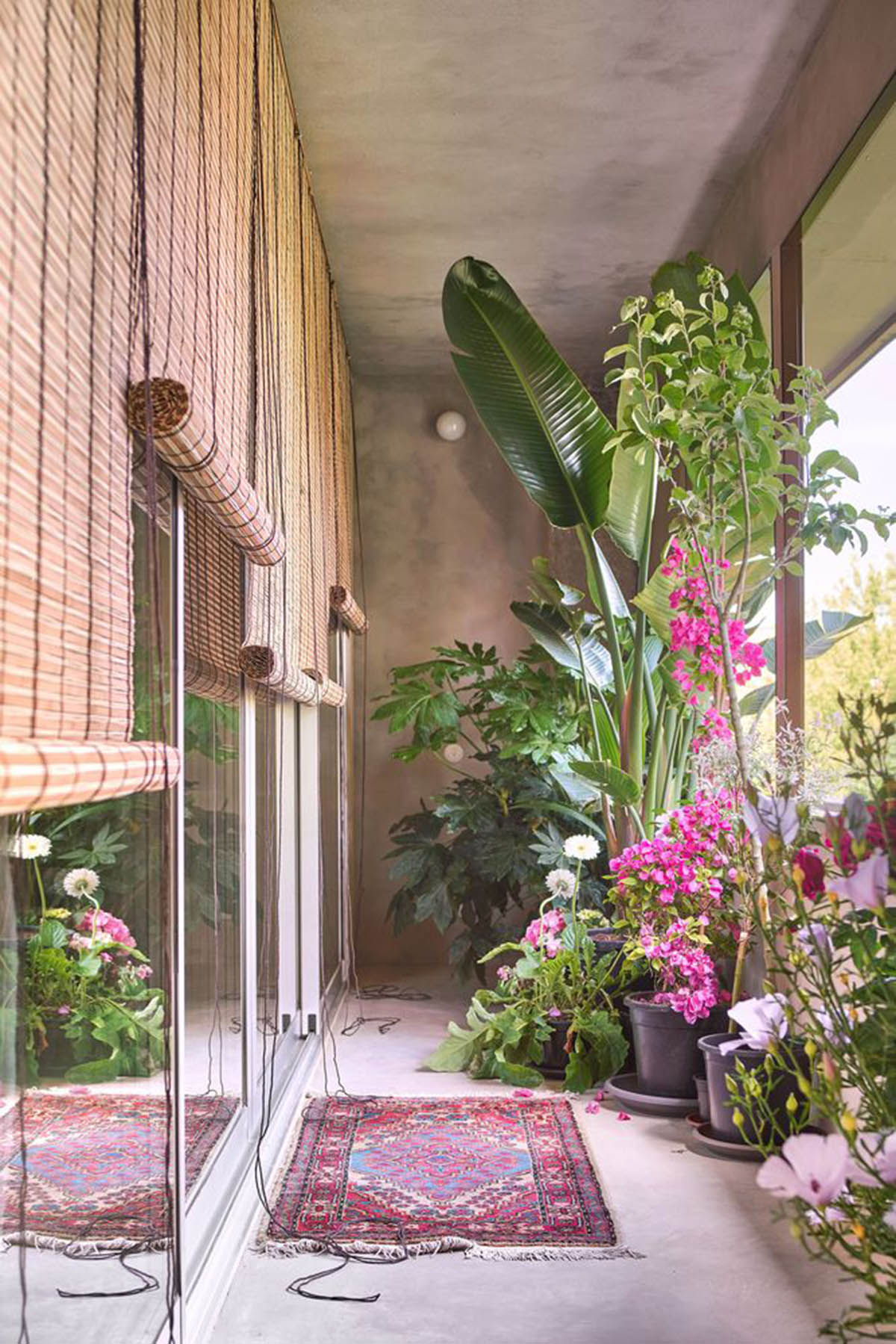 The second idea was based on the use of materials with low carbon dioxide emissions. The team basically used wood and natural cork as the main materials. "The flat is mainly oriented to the North, and it has a lack of solar energy contribution," as the team described.

The studio added that "This fact significantly reduced the palette of possible materials; it was essential to look for a material that had a high performance as insulation in order to reduce energetic losses, but at the same time it had little inertia so it was quick to warm up." 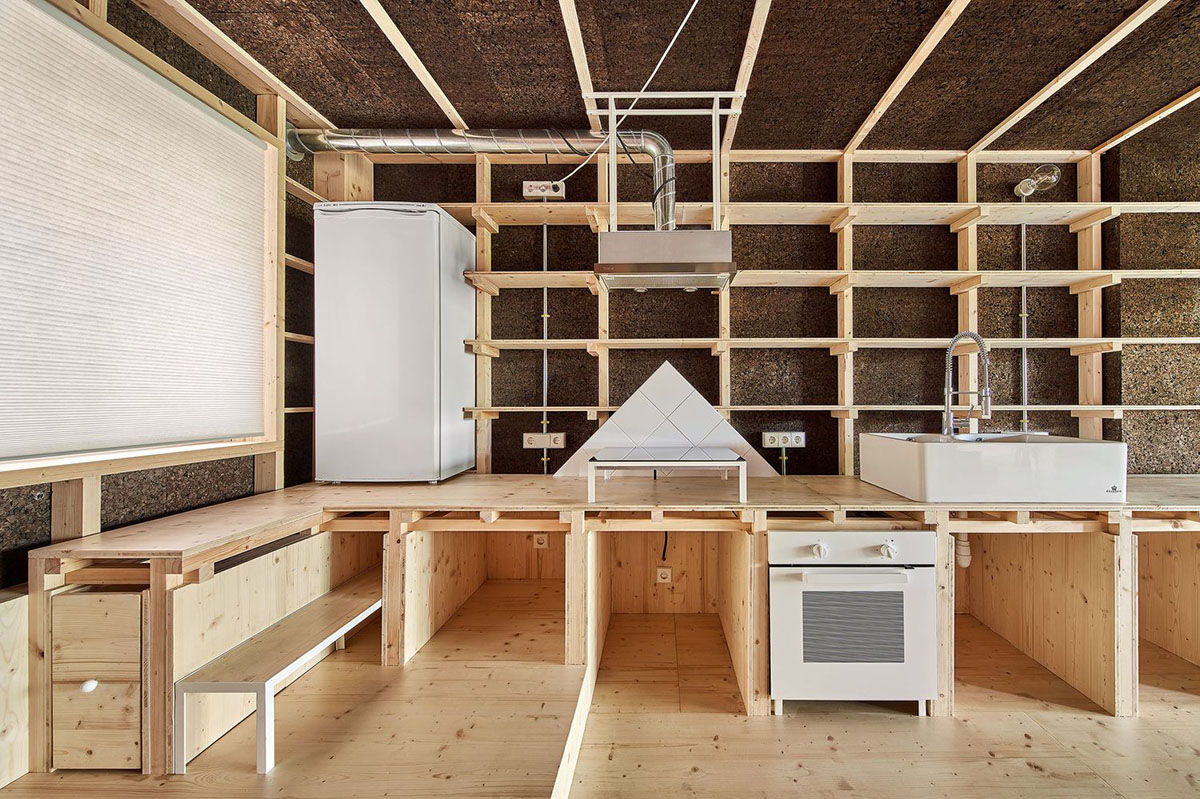 The studio aimed to achieve the two significant parameters that work at the same time, both in visual coherence and functional requirements. Since cork and wood materials are compatible with each other, a holistic perception of space emerges.

The third idea was to build according to economic and energetic conditions, as the studio explained. They left half of the total surface of the house and empty the other half including its windows, creating like this a sort of interior non-conditioned terrace. 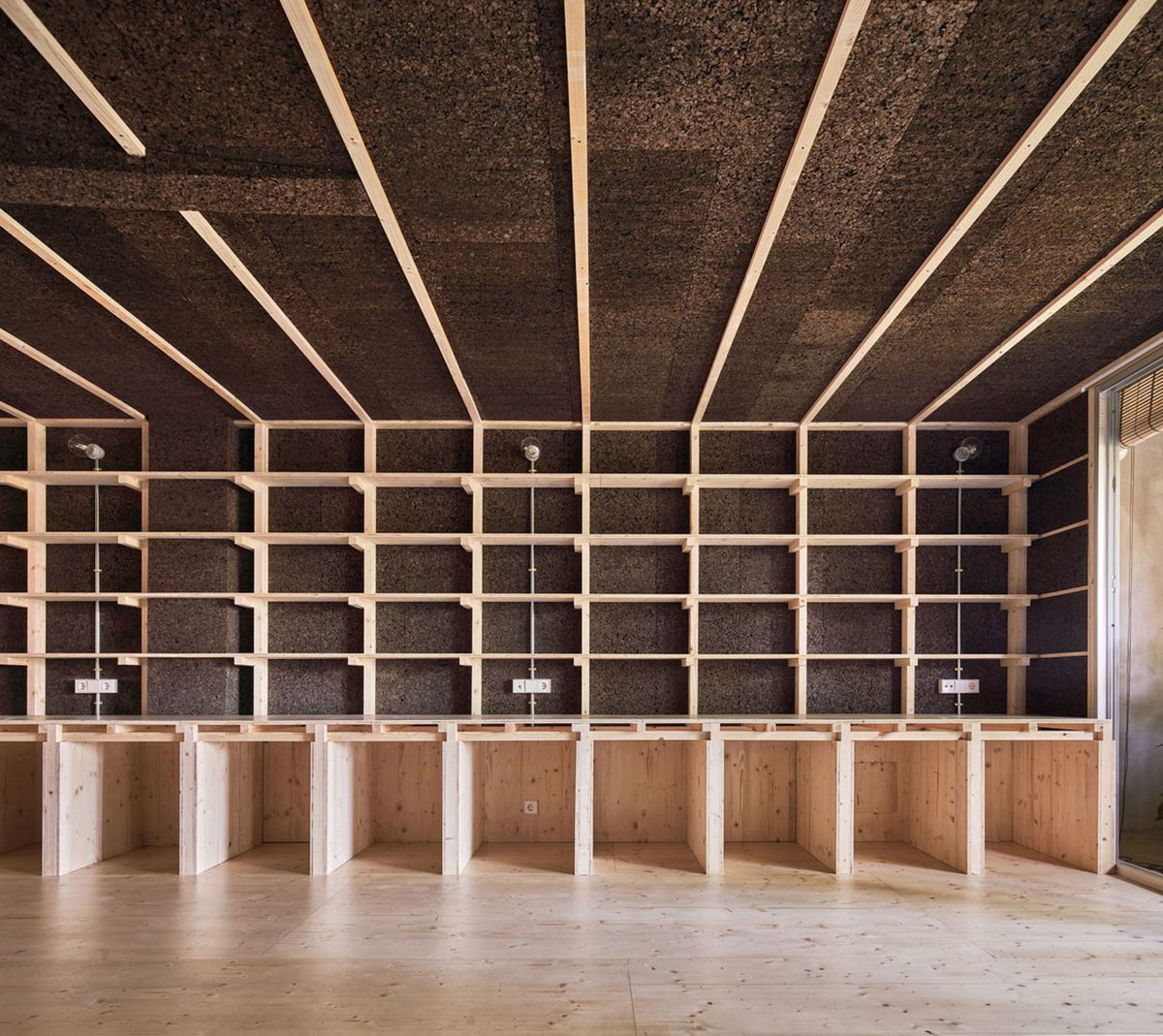 The studio took into consideration both the little resources and the Madrid climate that has high temperatures most of the year.

"We explored the possibility of understanding the 110 square meters of the flat as an empty shoebox where we “only” built on its interior another 60 square meters perfectly thermally insulated box (Winter House), leaving the spare 50 square meters as an interior terrace (Summer House)," the studio added. 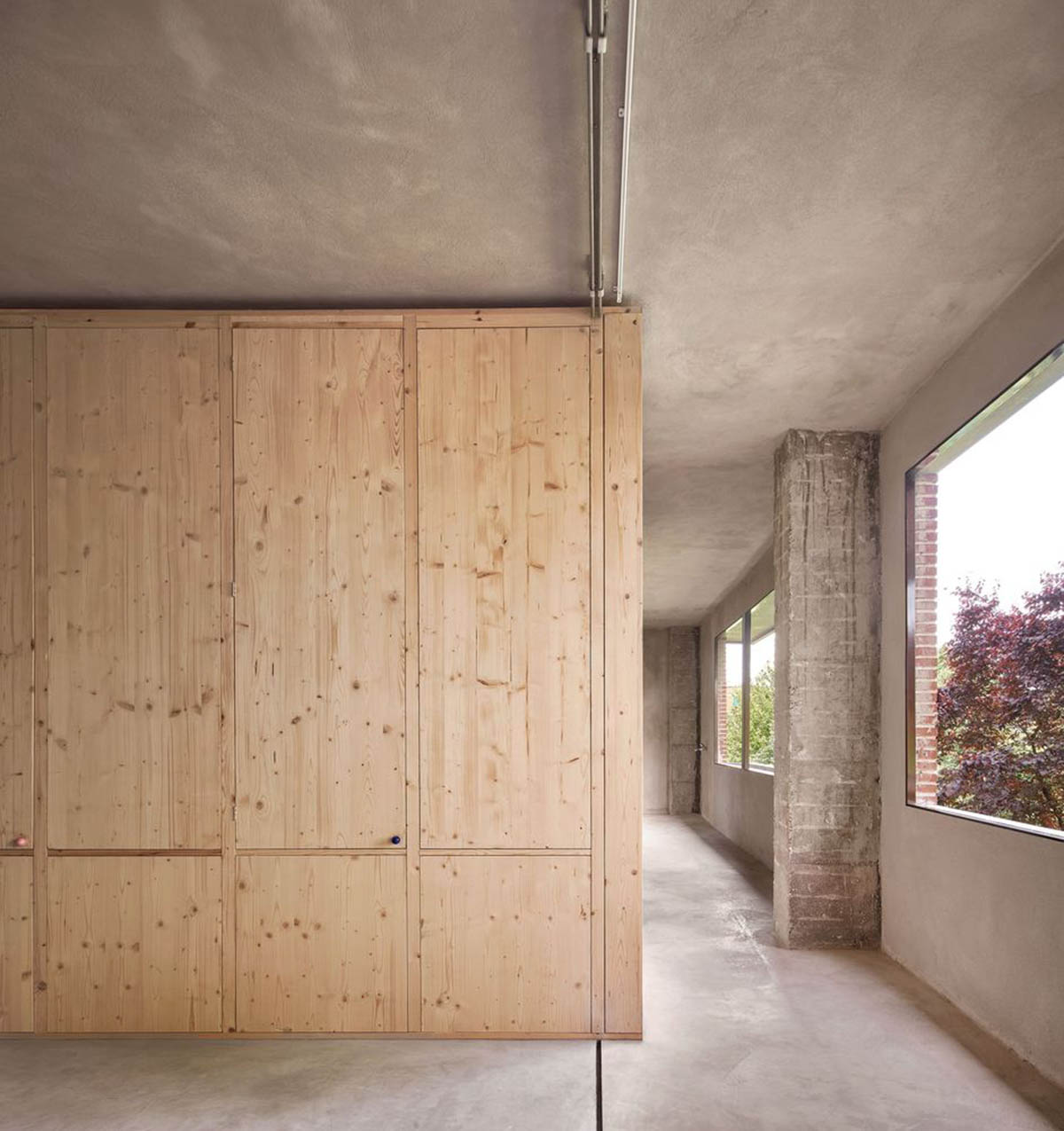 "What seemed a restriction on the beginning (a very low budget) turned into a multiplying element with this action," and they could create two houses for the price of one.

On the other hand, the materiality of this Summer House is entirely different from the Winter House. 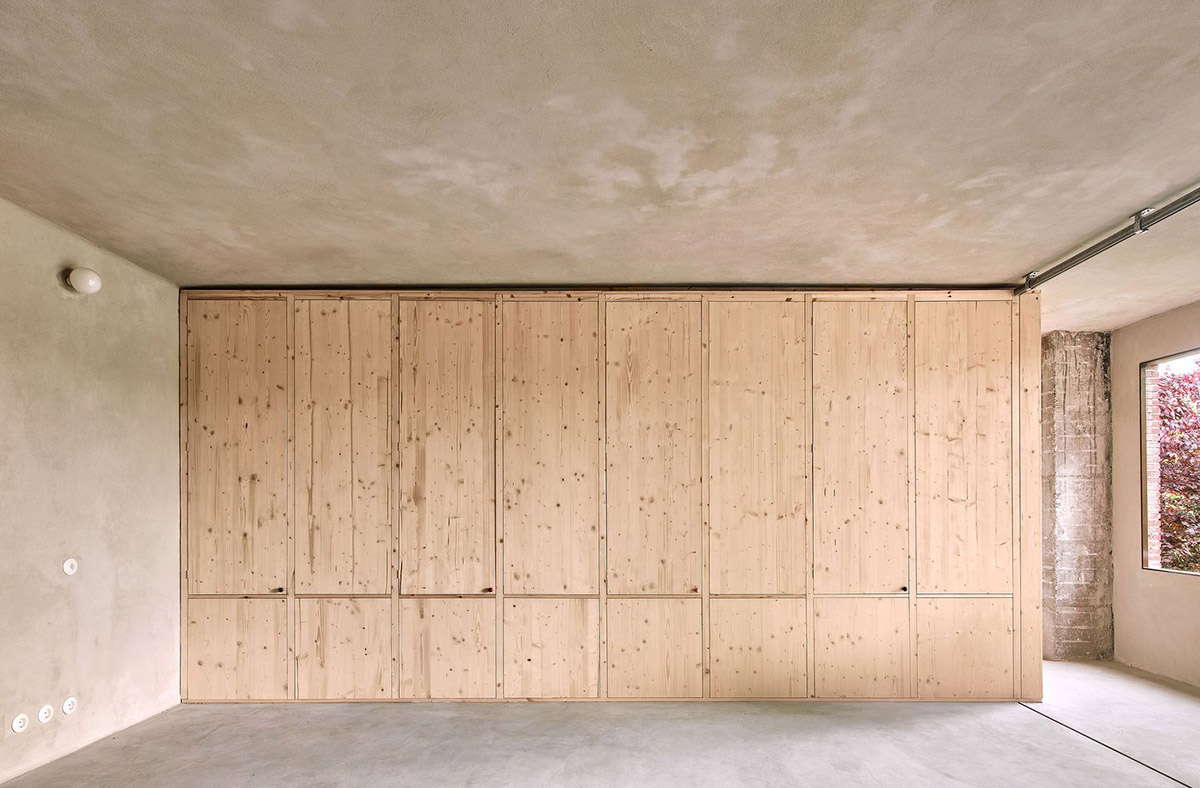 The insulations on the walls, ceilings, and floors were removed and the surface of these elements was finished with cement mortar that has great inertia to capture the heat during the summer, stealing it from the interior air.

Finally, the incorporation of a wood stove and a folding door system extended the usability of this space throughout the rest of the year. 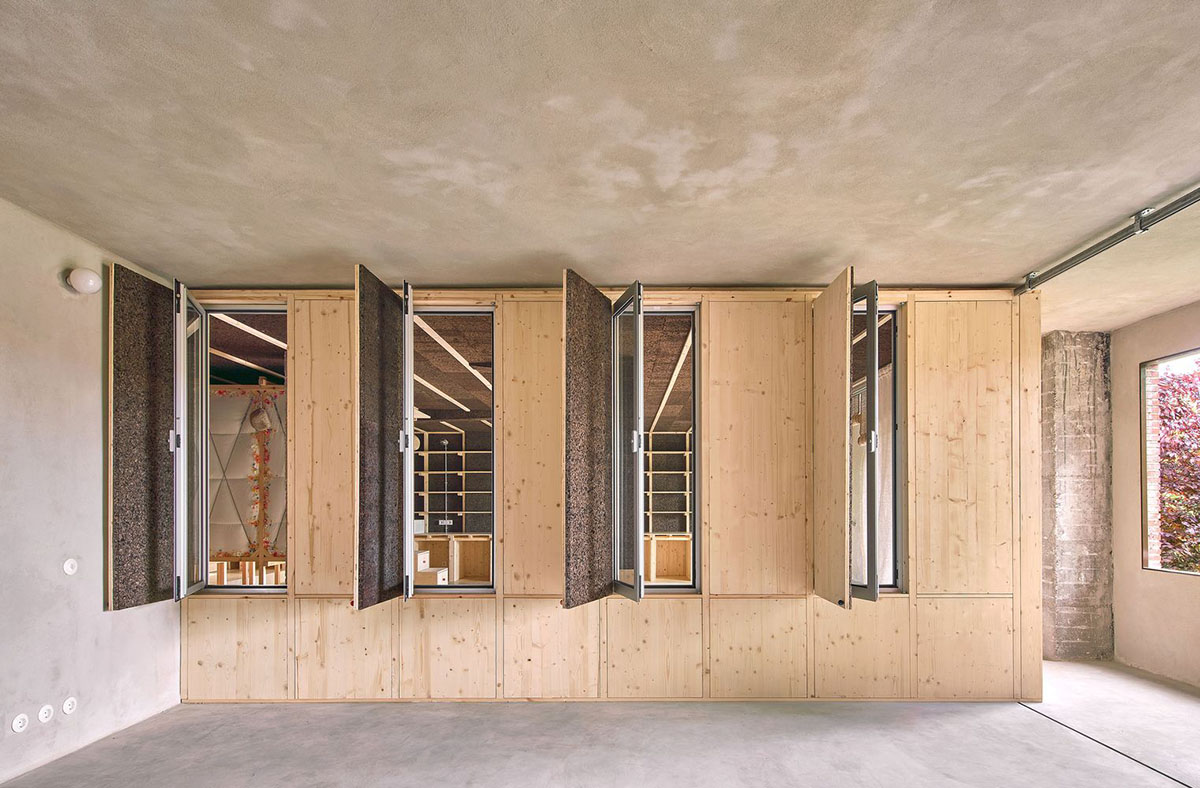 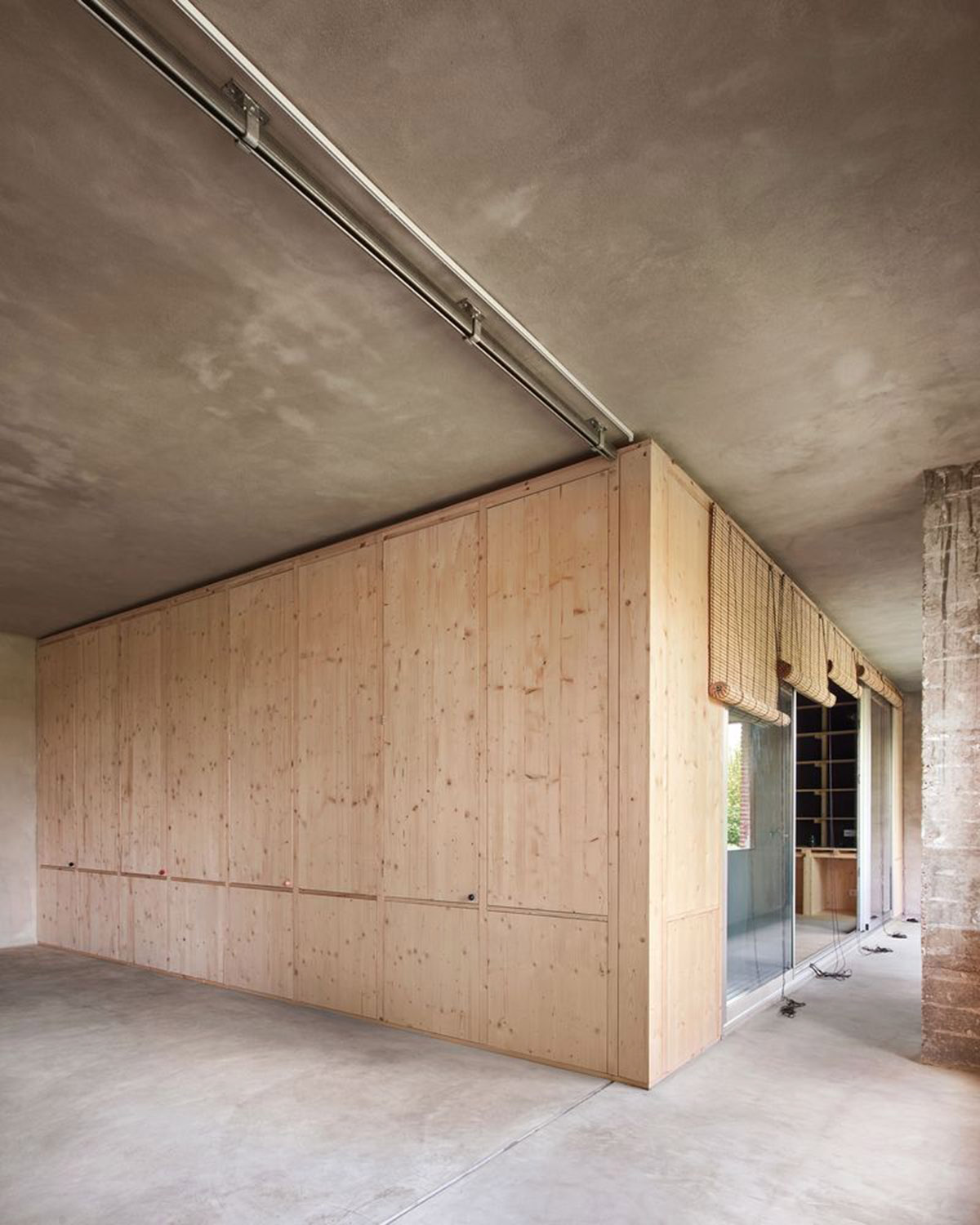 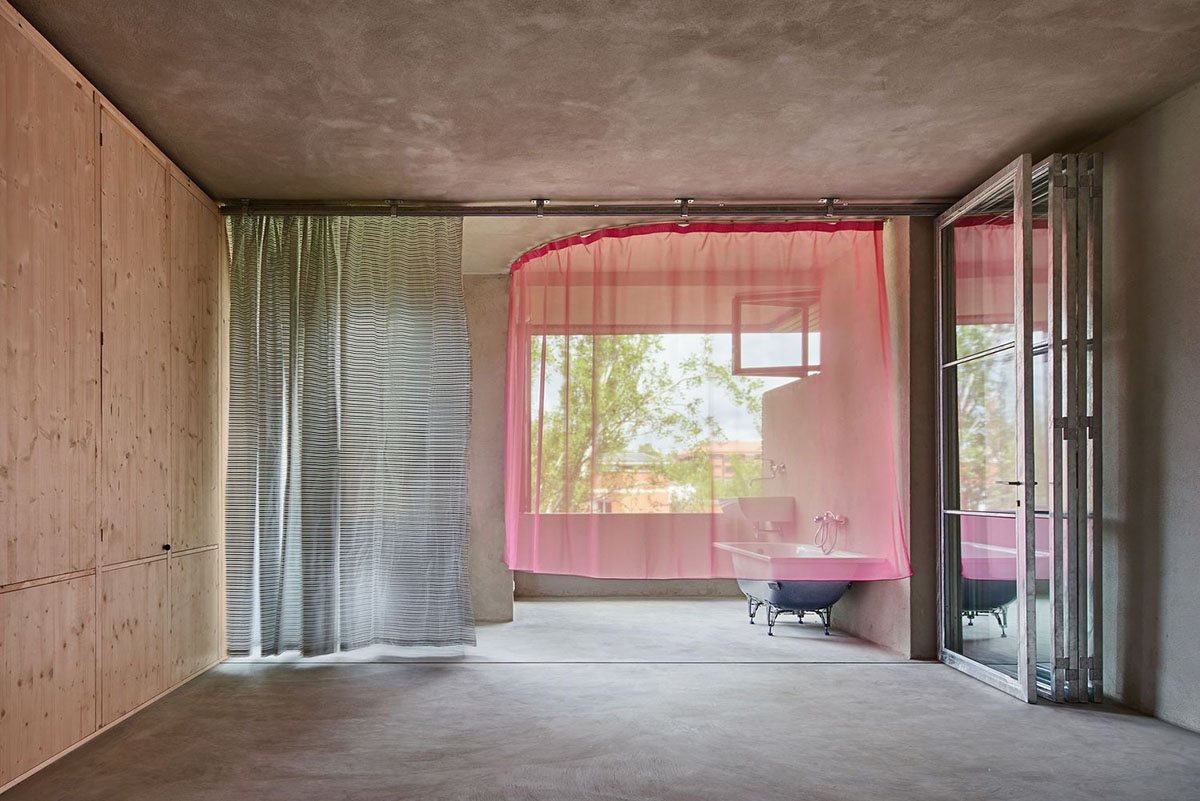 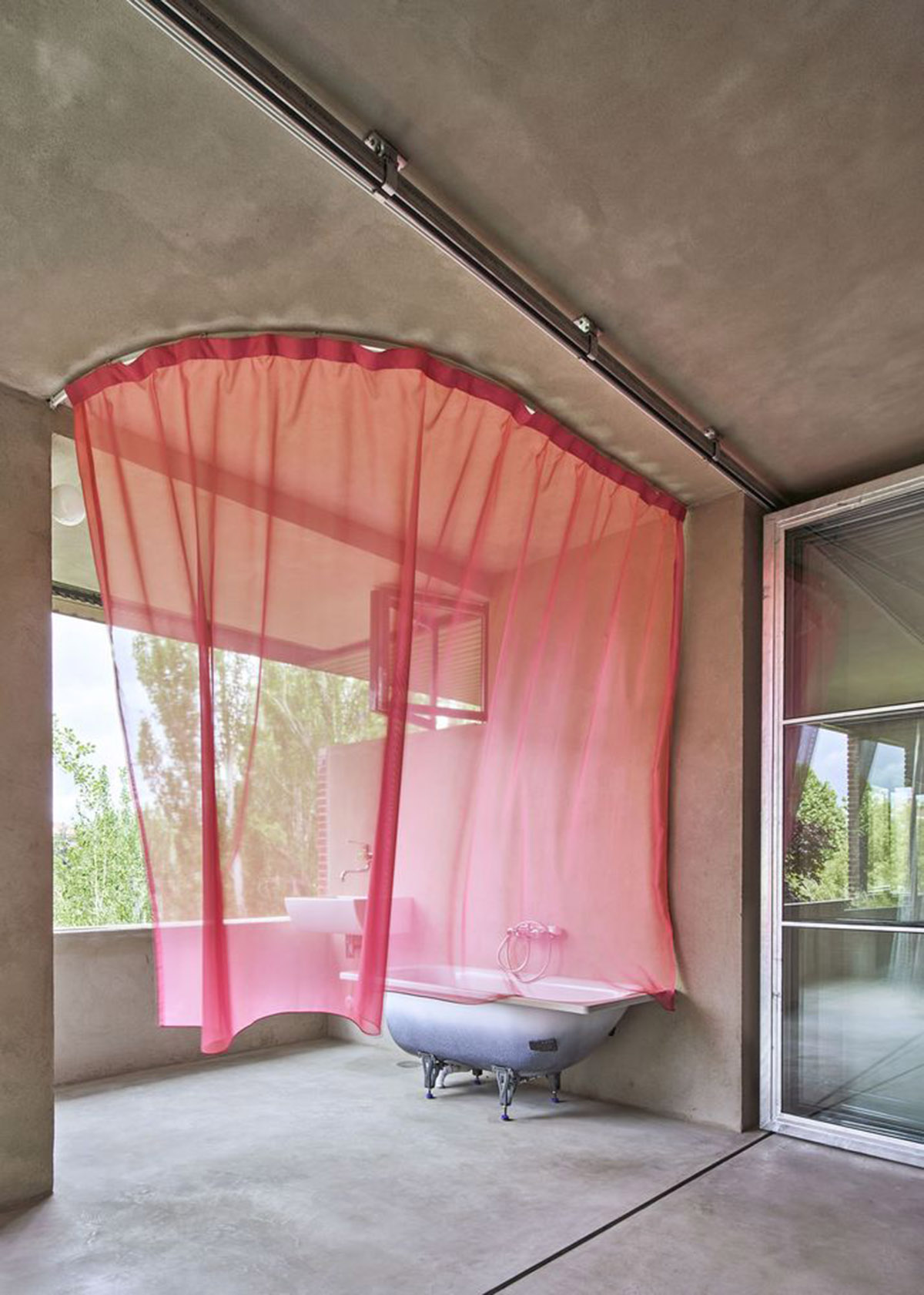 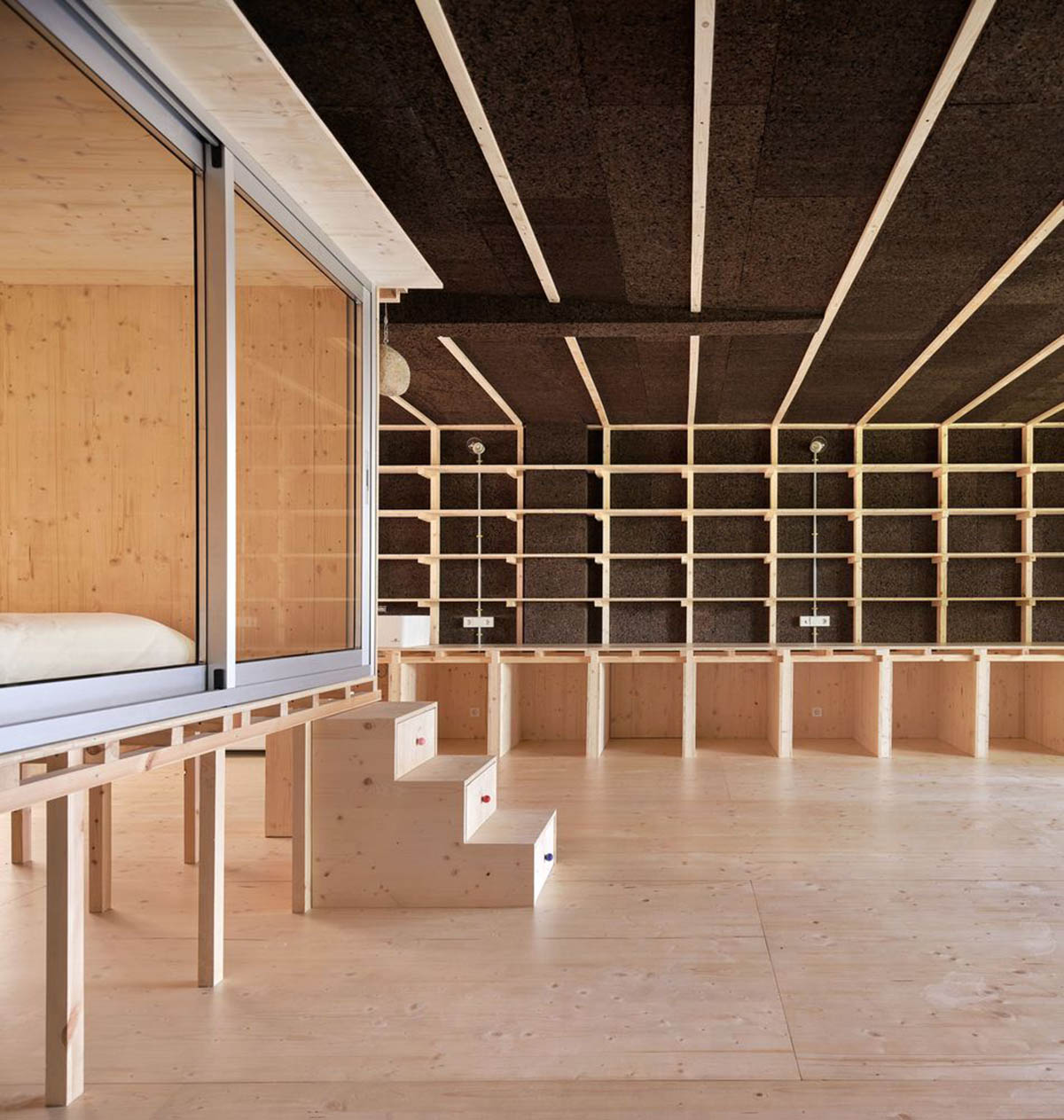 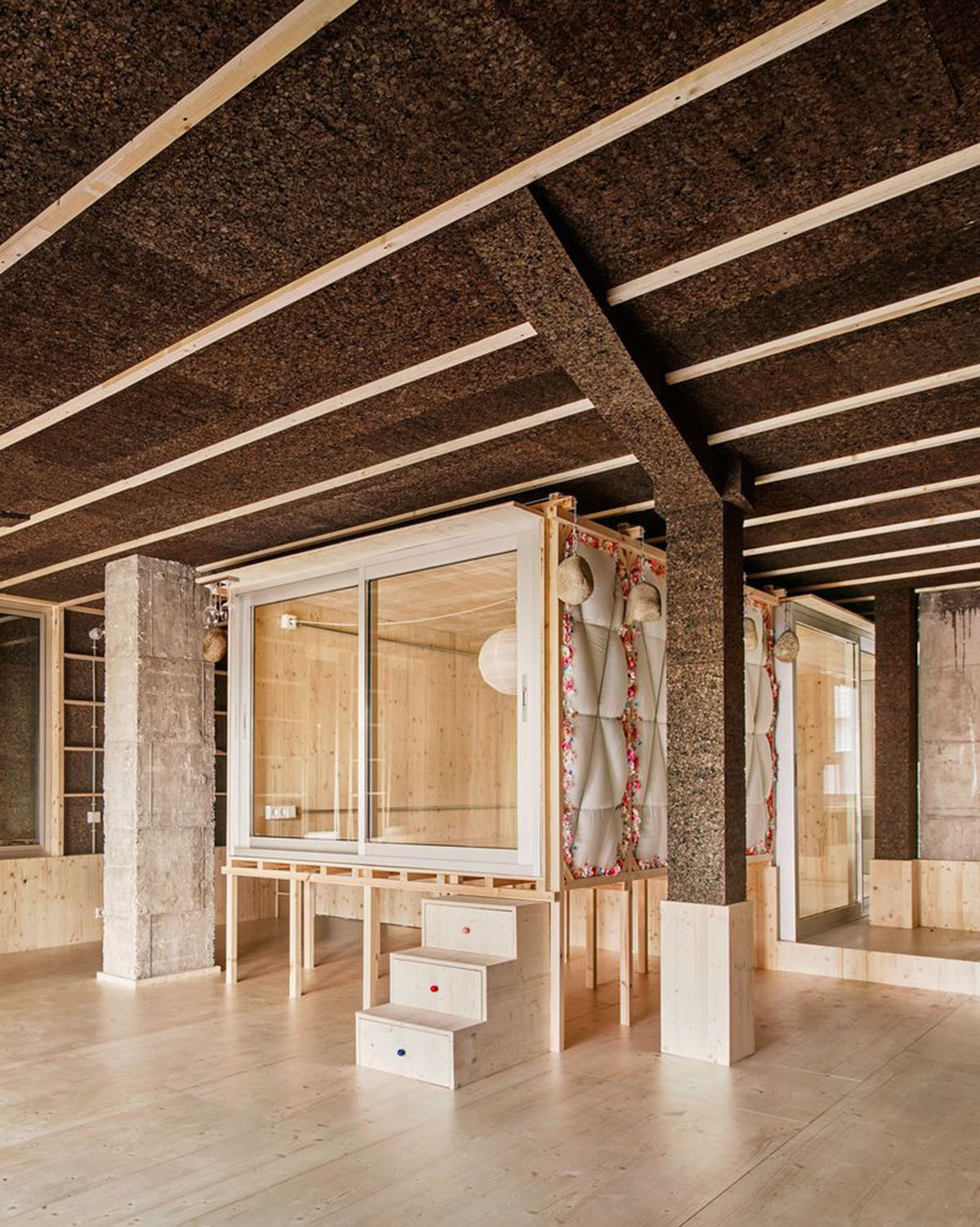 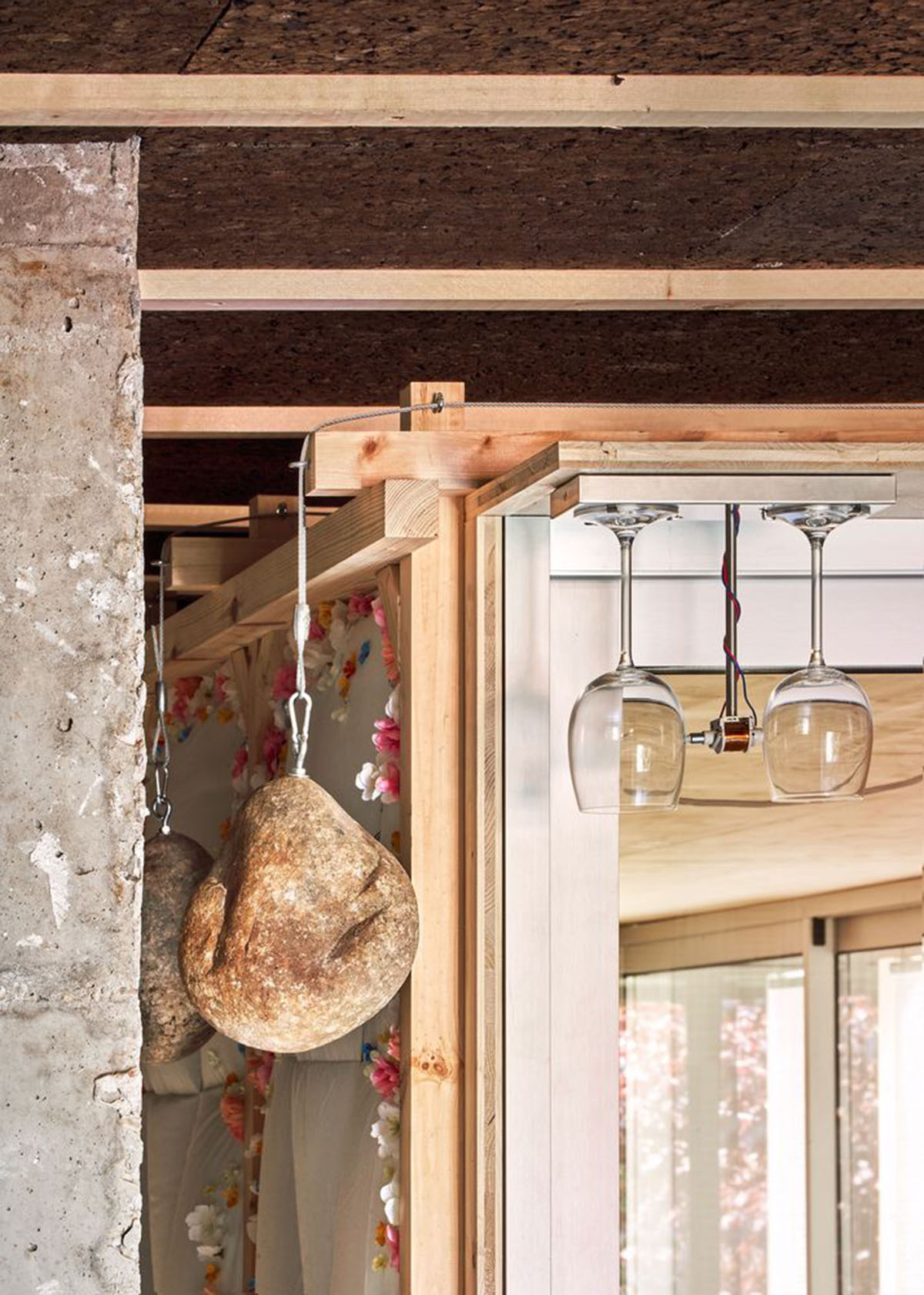 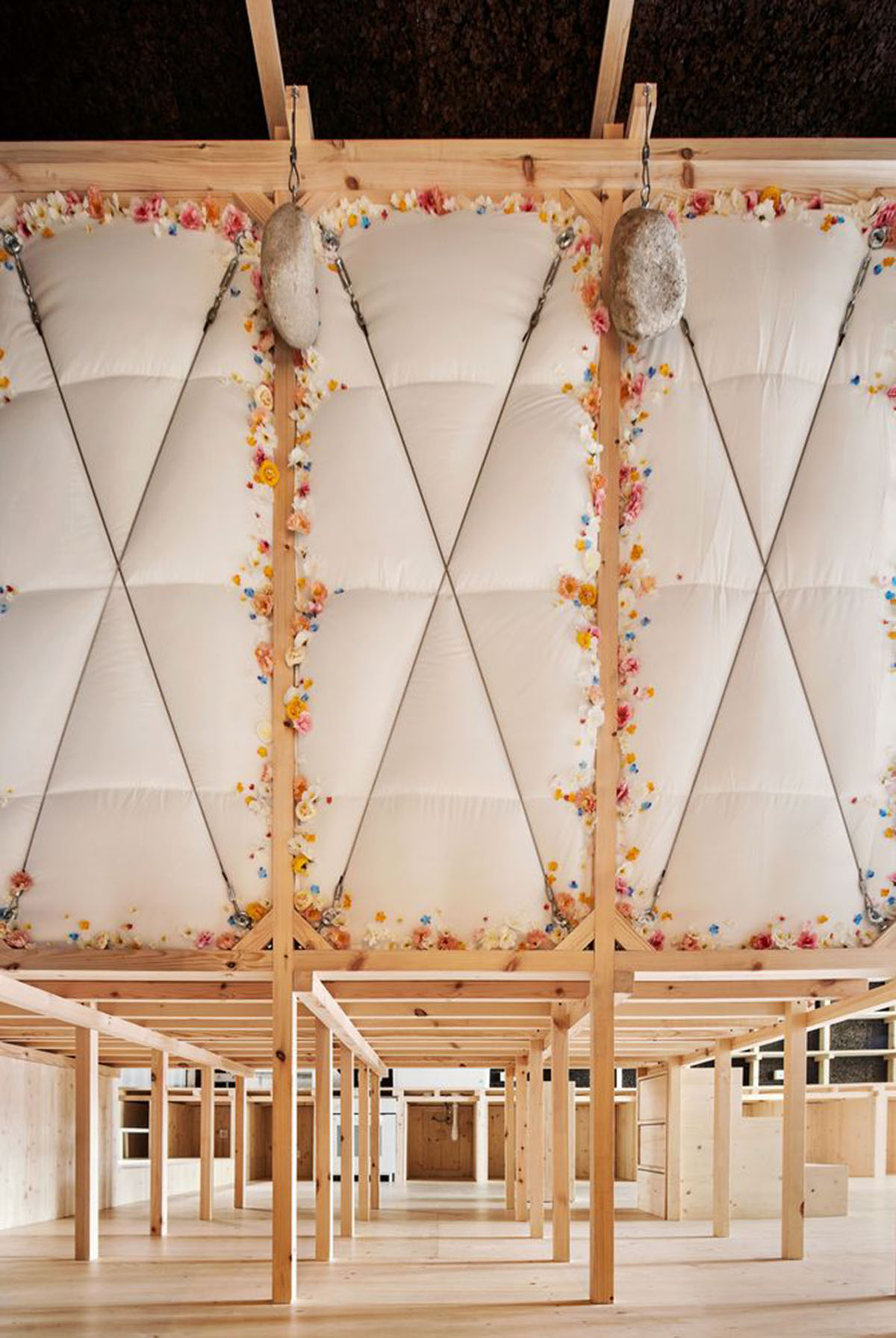 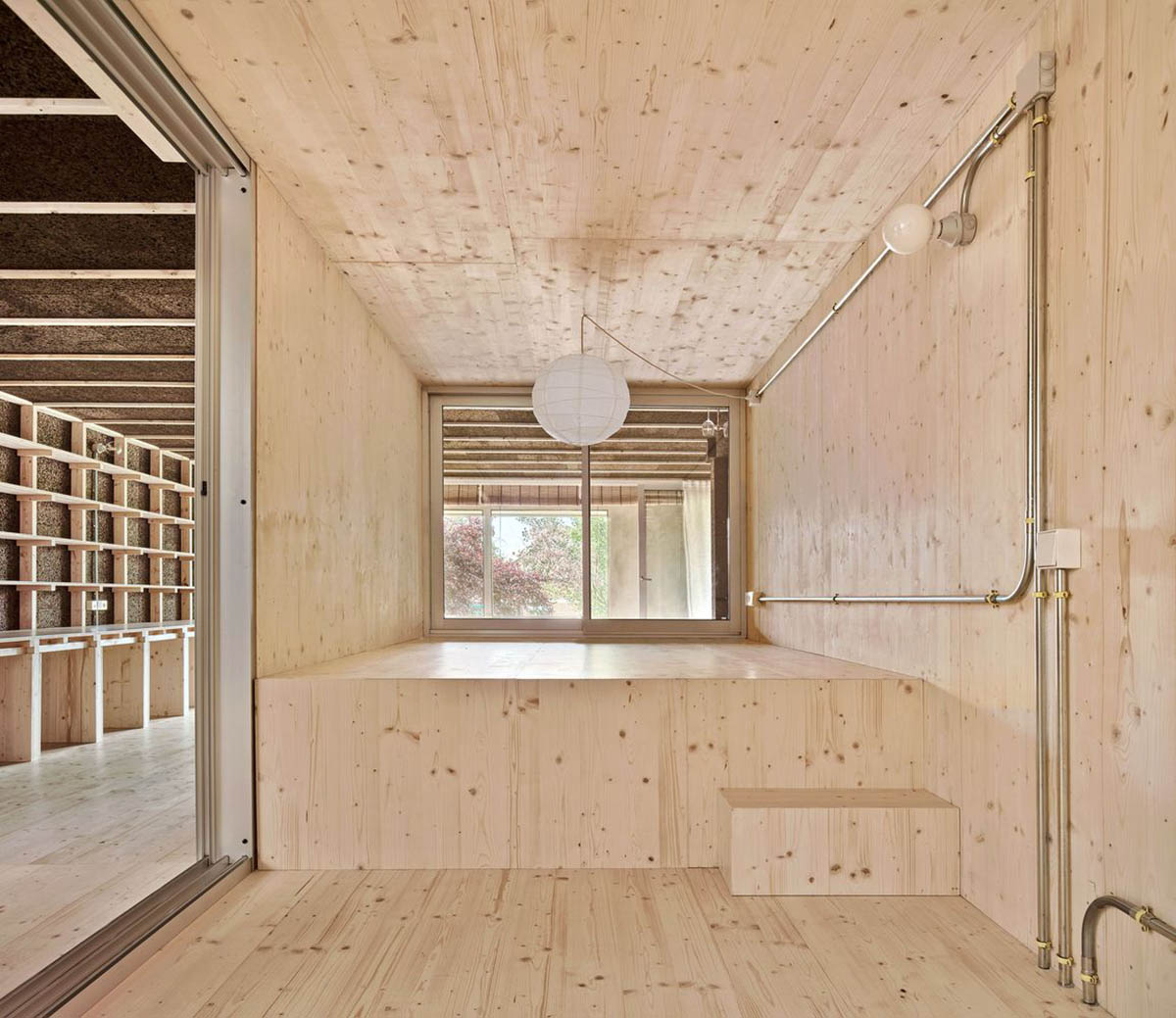 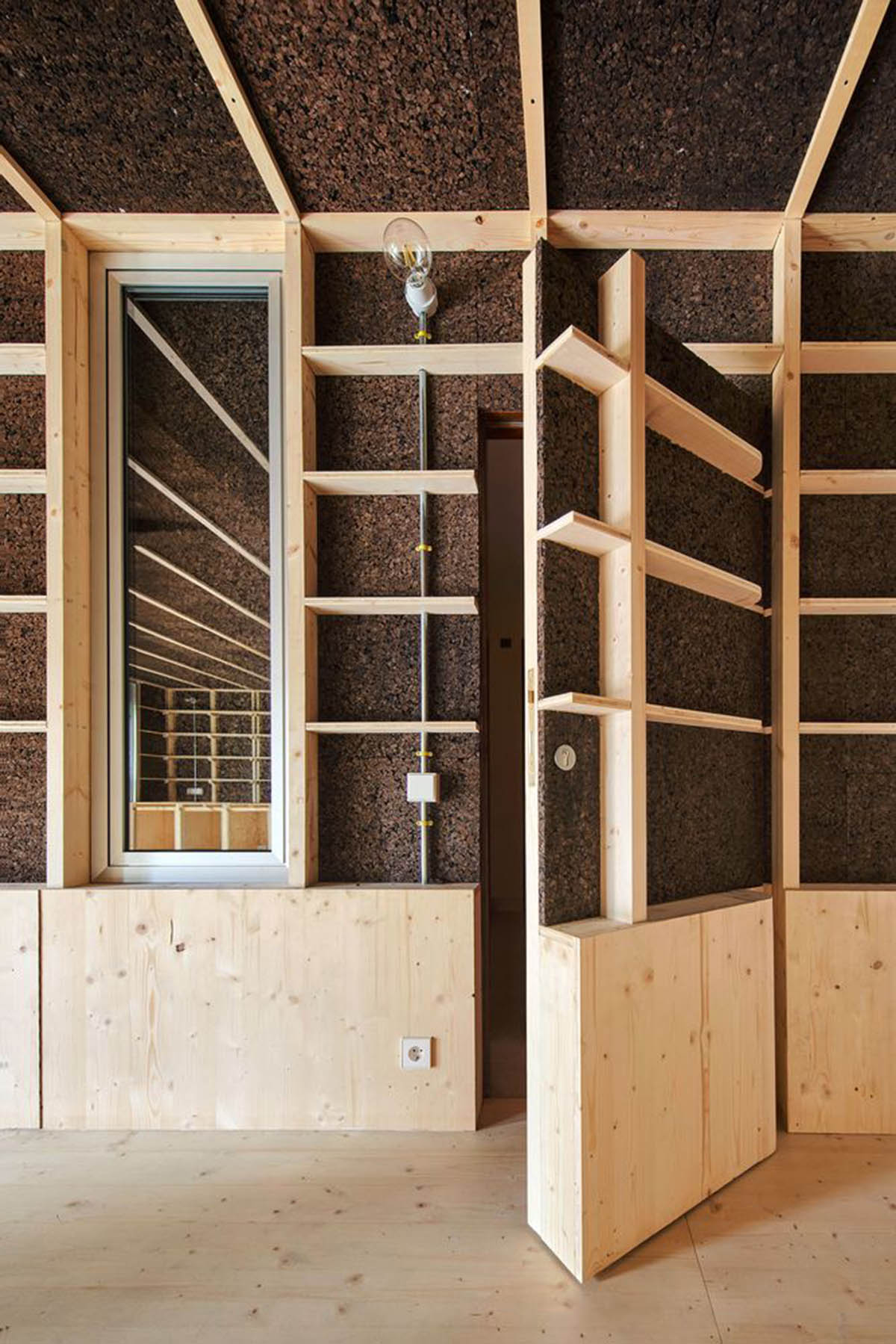 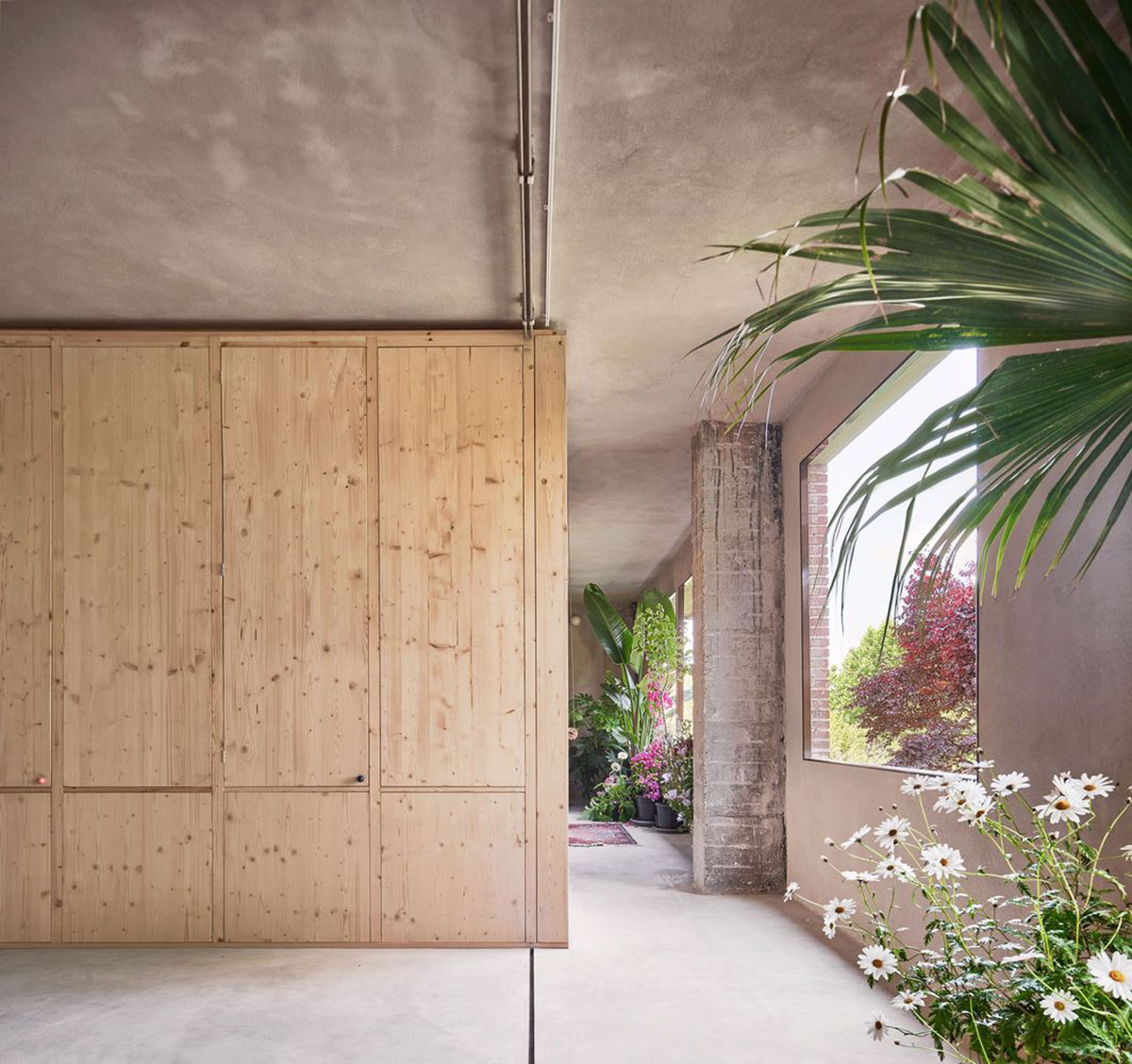 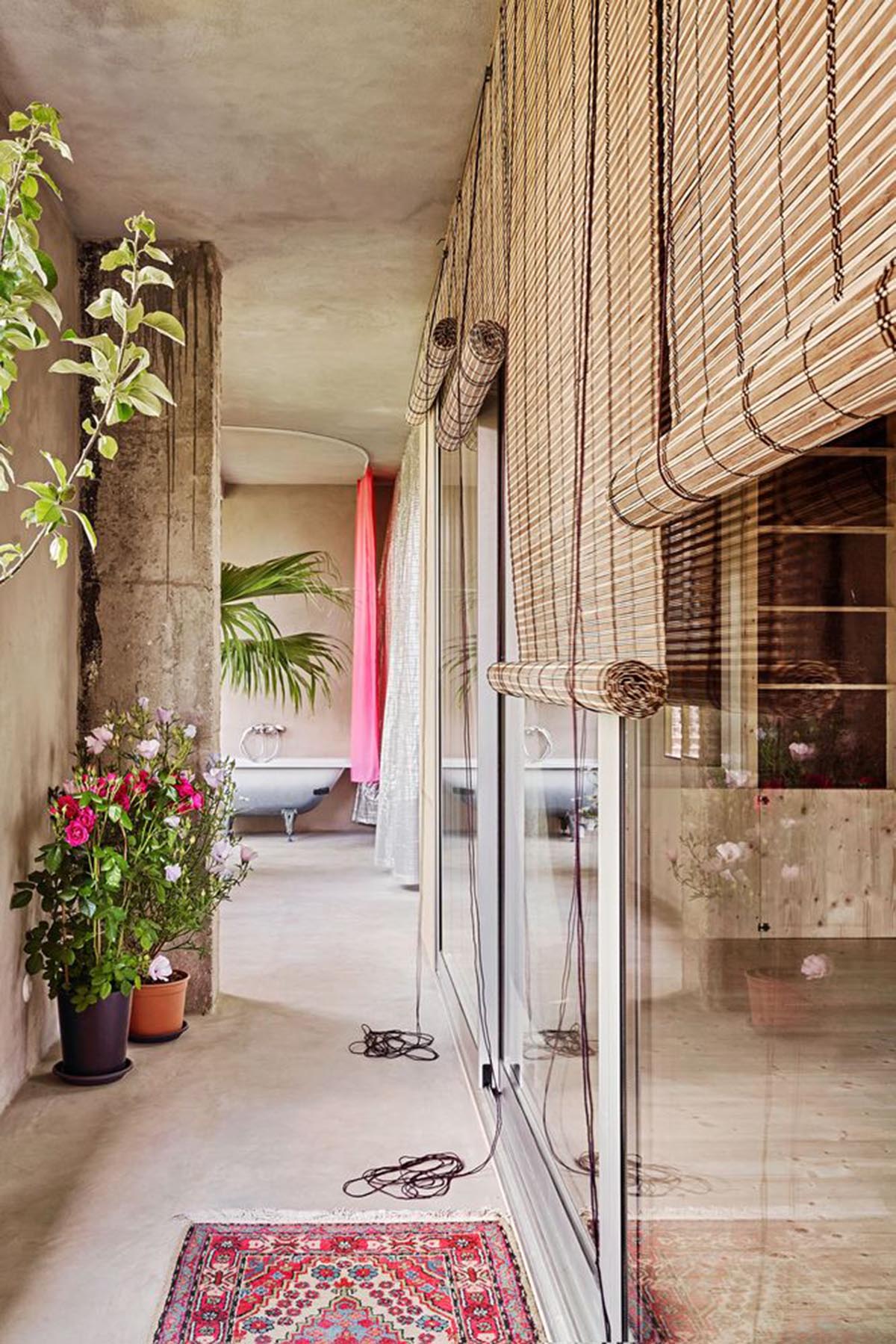 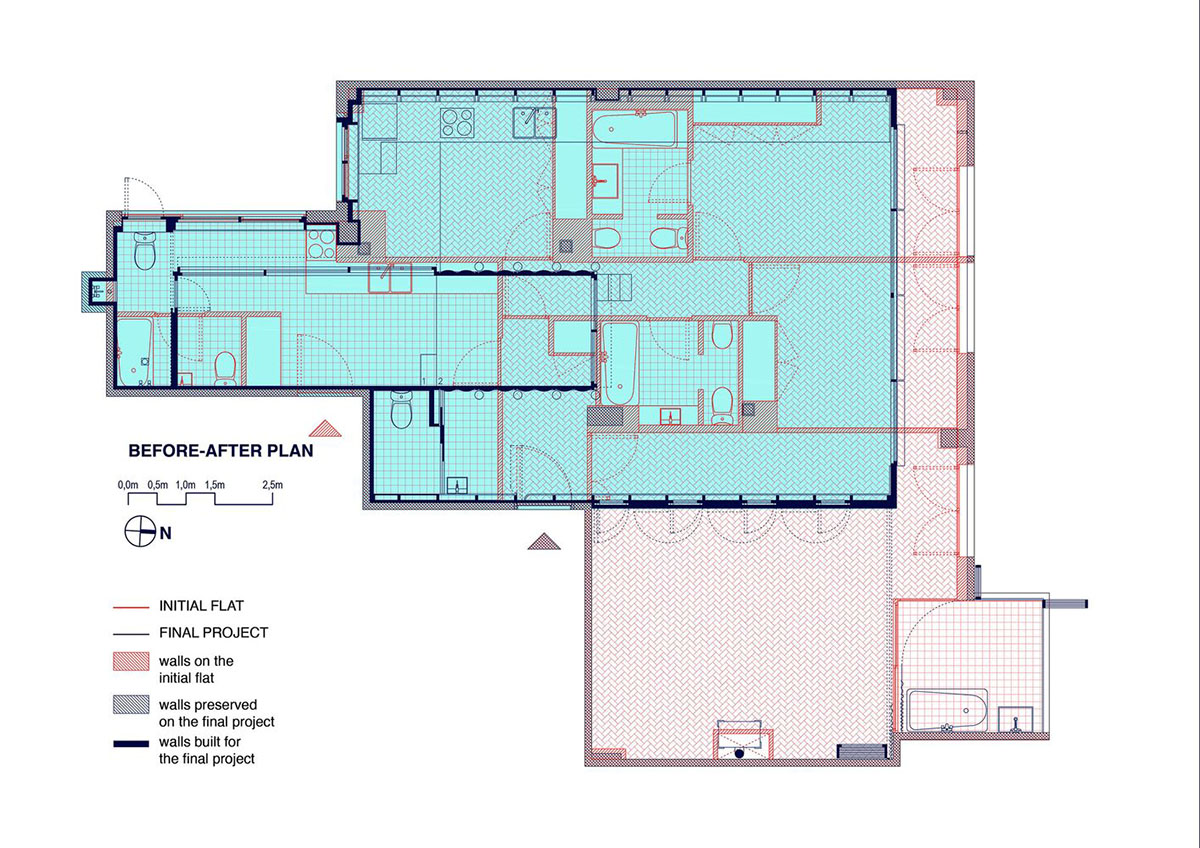 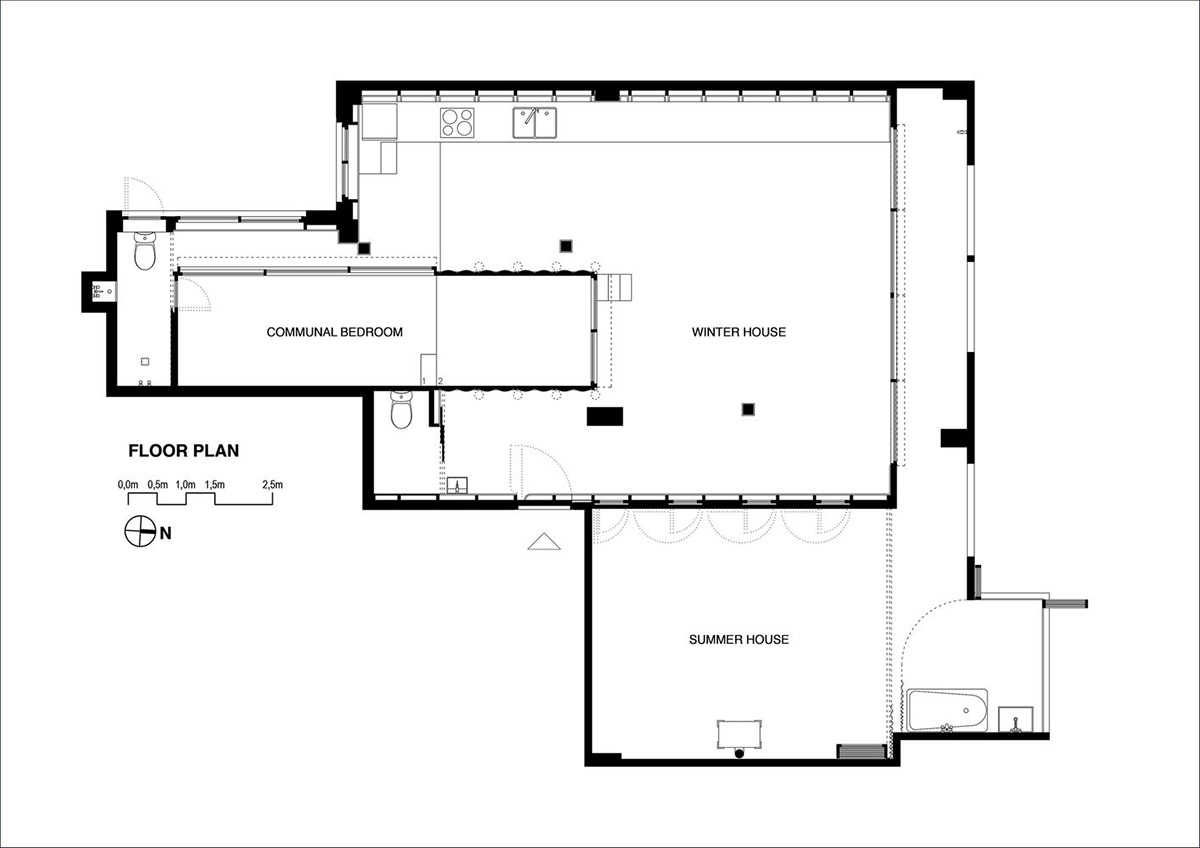 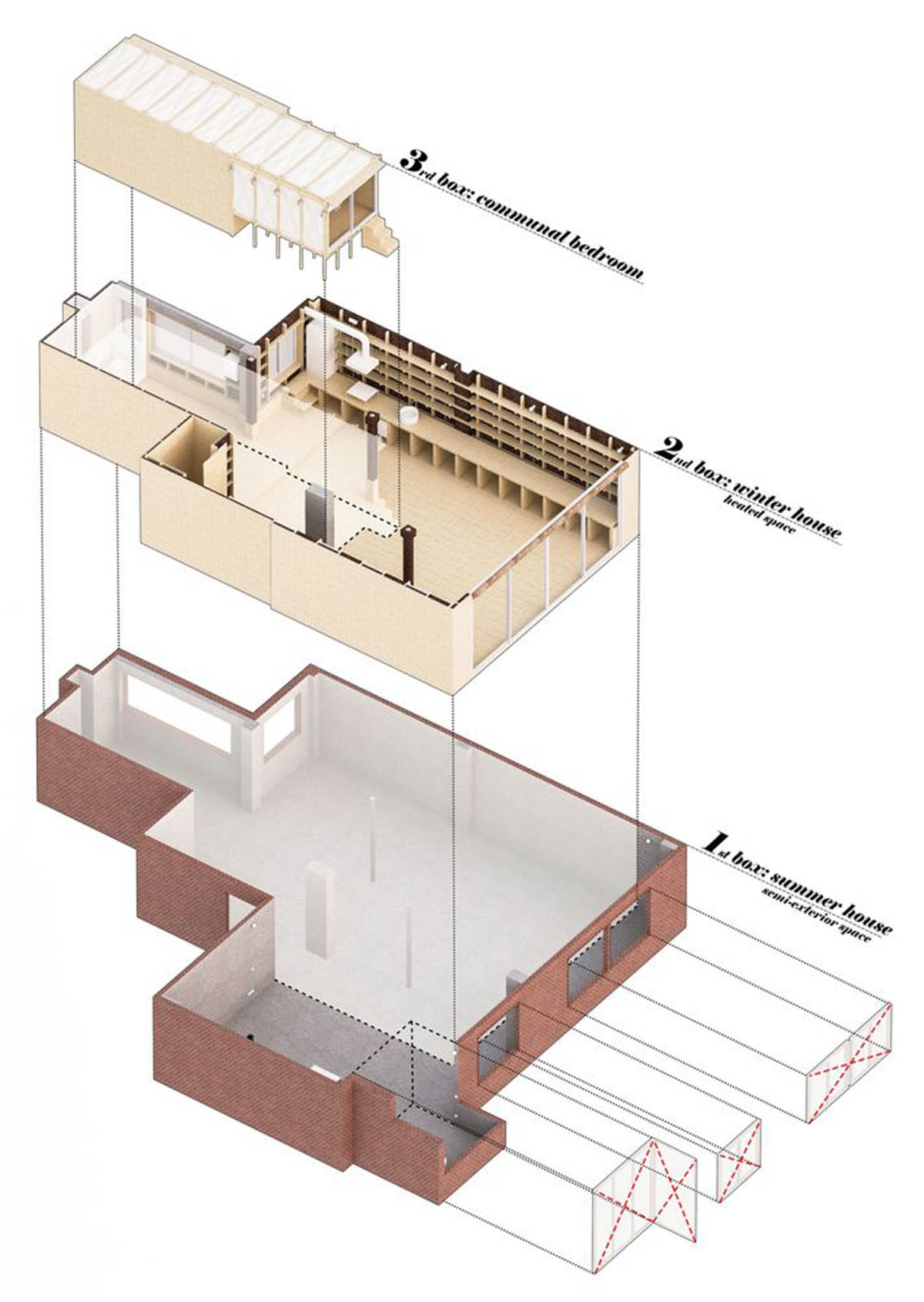 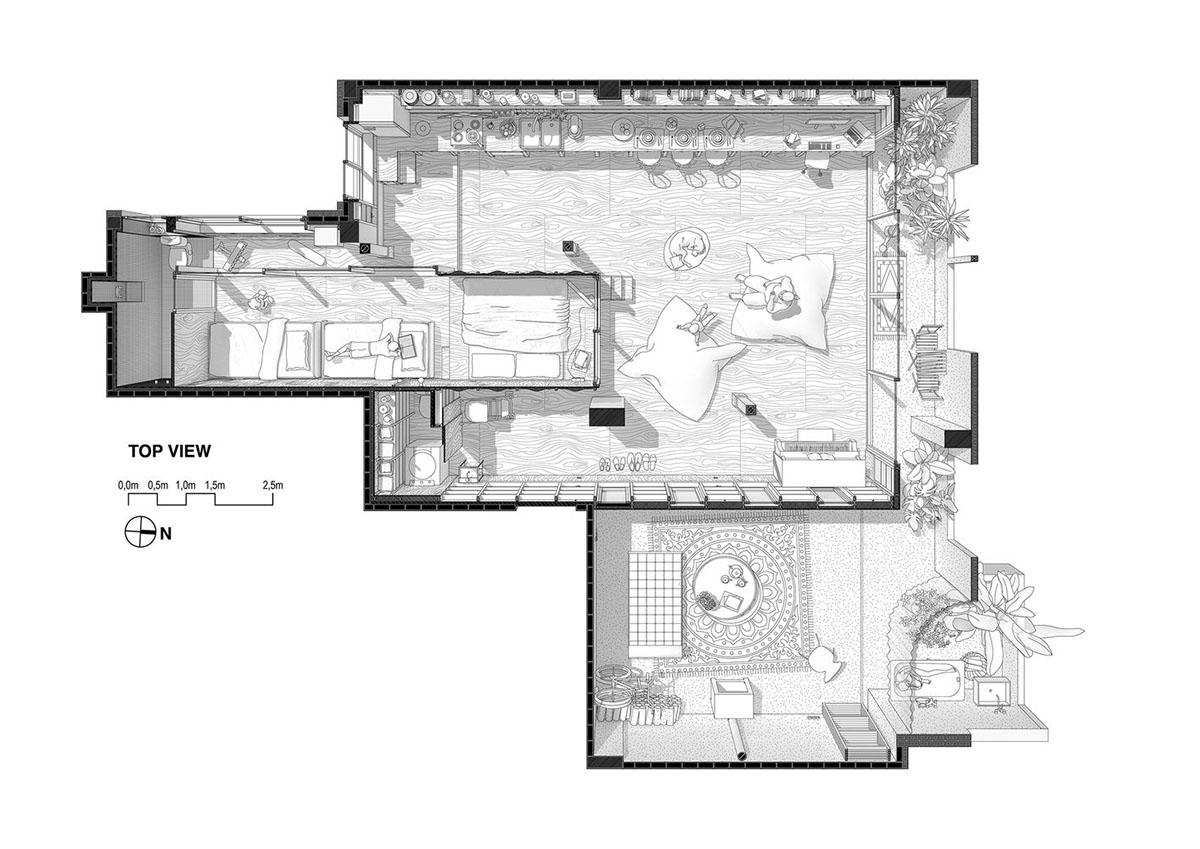 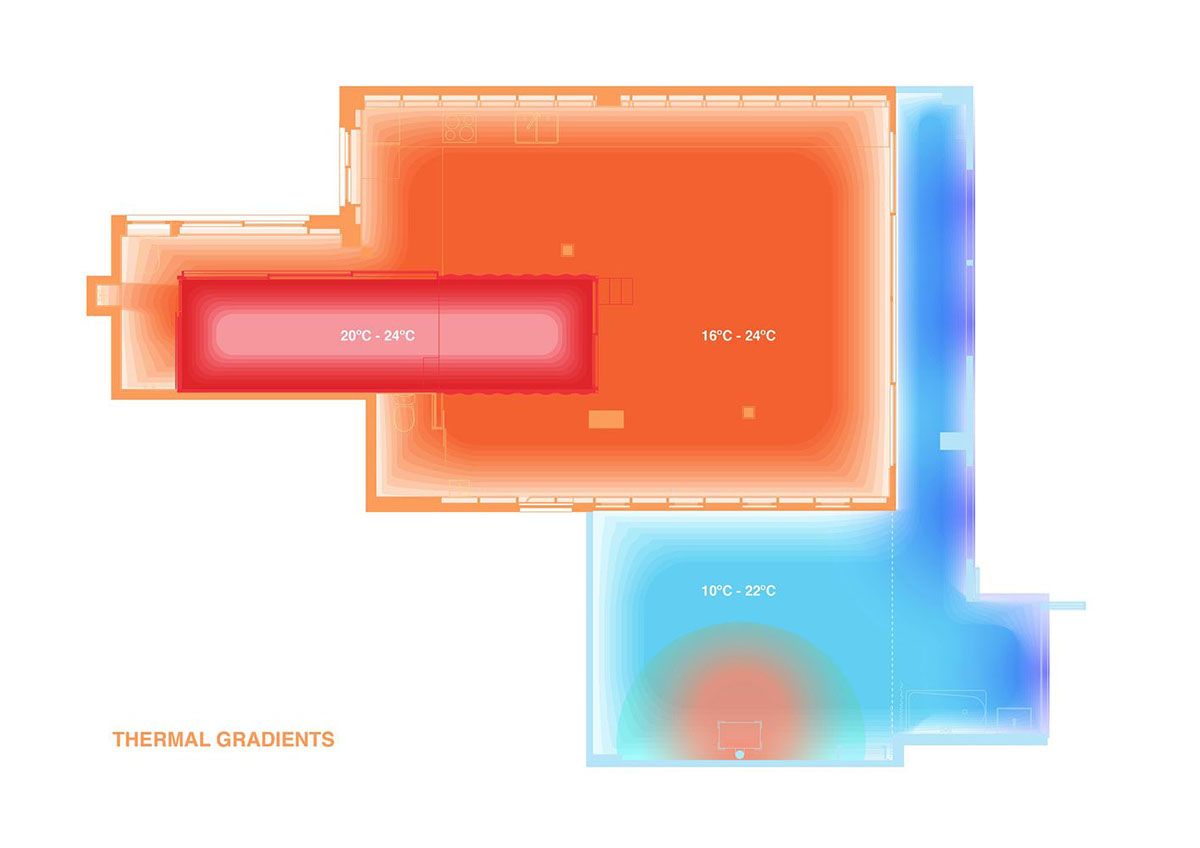 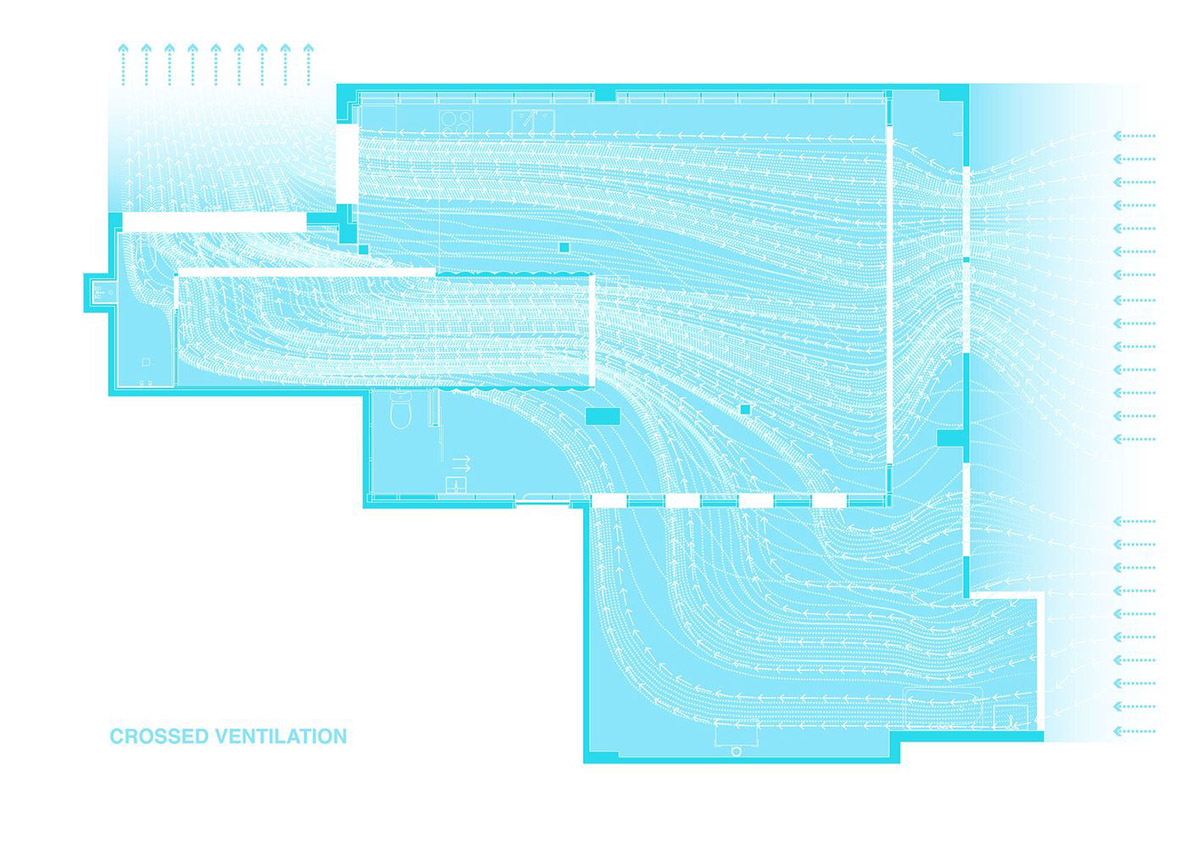 Project name: The Day After House