Named Zolaism Café, Aranya, the cafe is designed by B.L.U.E. Architecture Studio, a Japanese Architecture design office based in Beijing. 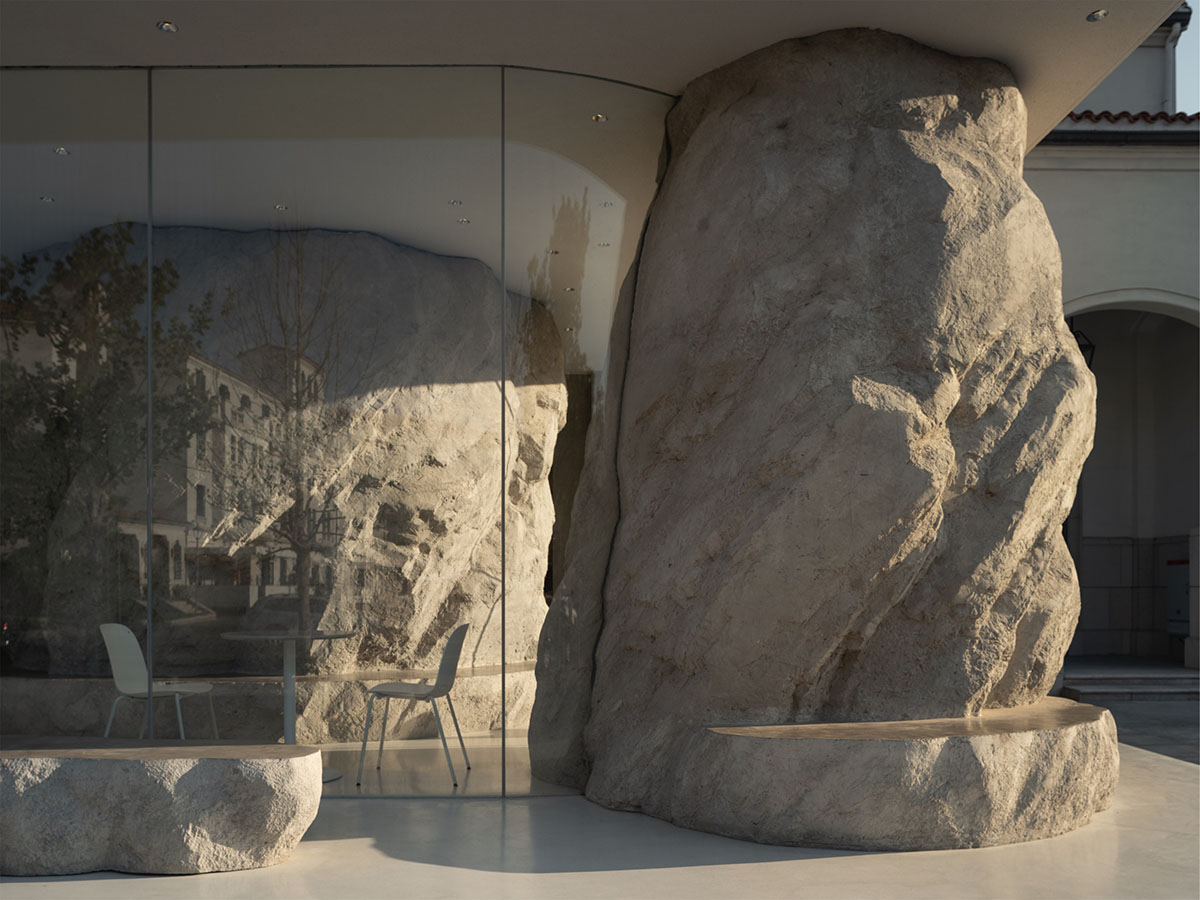 The 217-square-metre cafe, added to an open plaza as an addition attached to the north side of the original building of cinema, facing the main road and featuring a wide field of view.

Four stone structures were produced with a hand-made process and assembled on site individually. 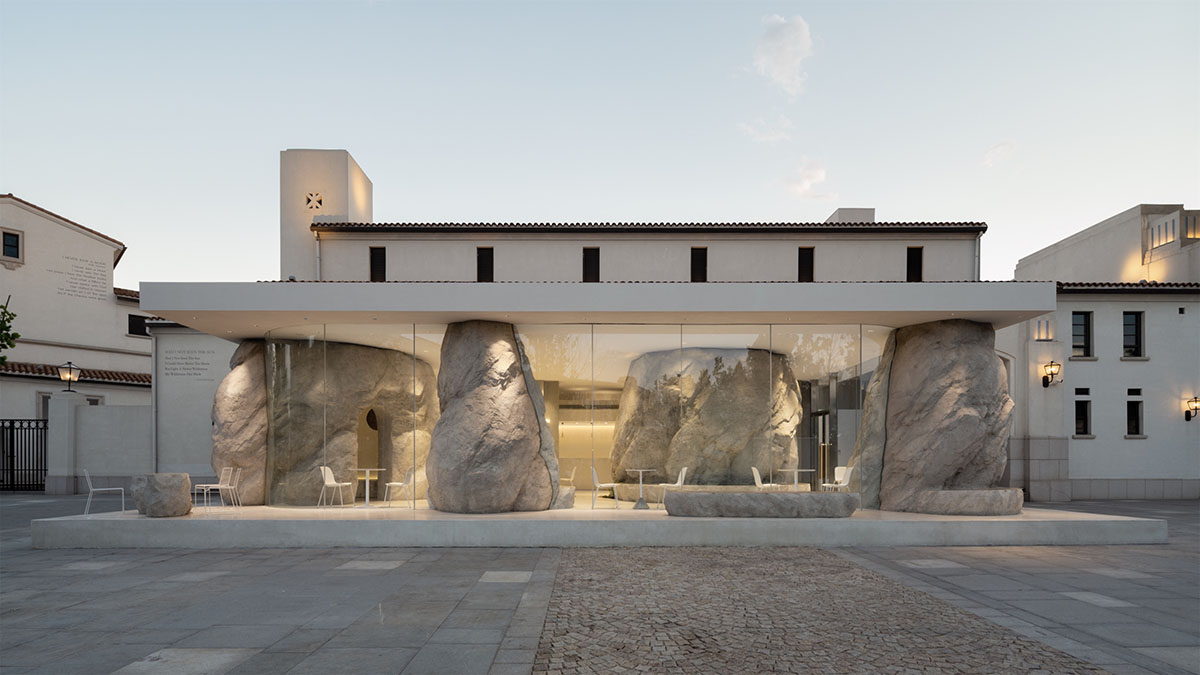 The project emerges as a new store of the new-Chinese-style dessert brand "Zolaism" in Aranya, Qinhuangdao, one of the most popular seaside resort communities sitting 3-4 hours drive from the central city of Beijing.

Designed as a fully-glazed cafe, the structure is envisioned as an open space, while the two private resting rooms are hidden into the two organically-shaped stone structures. Other functions include a counter, seating area, outdoor seating, a kitchen and a storage. 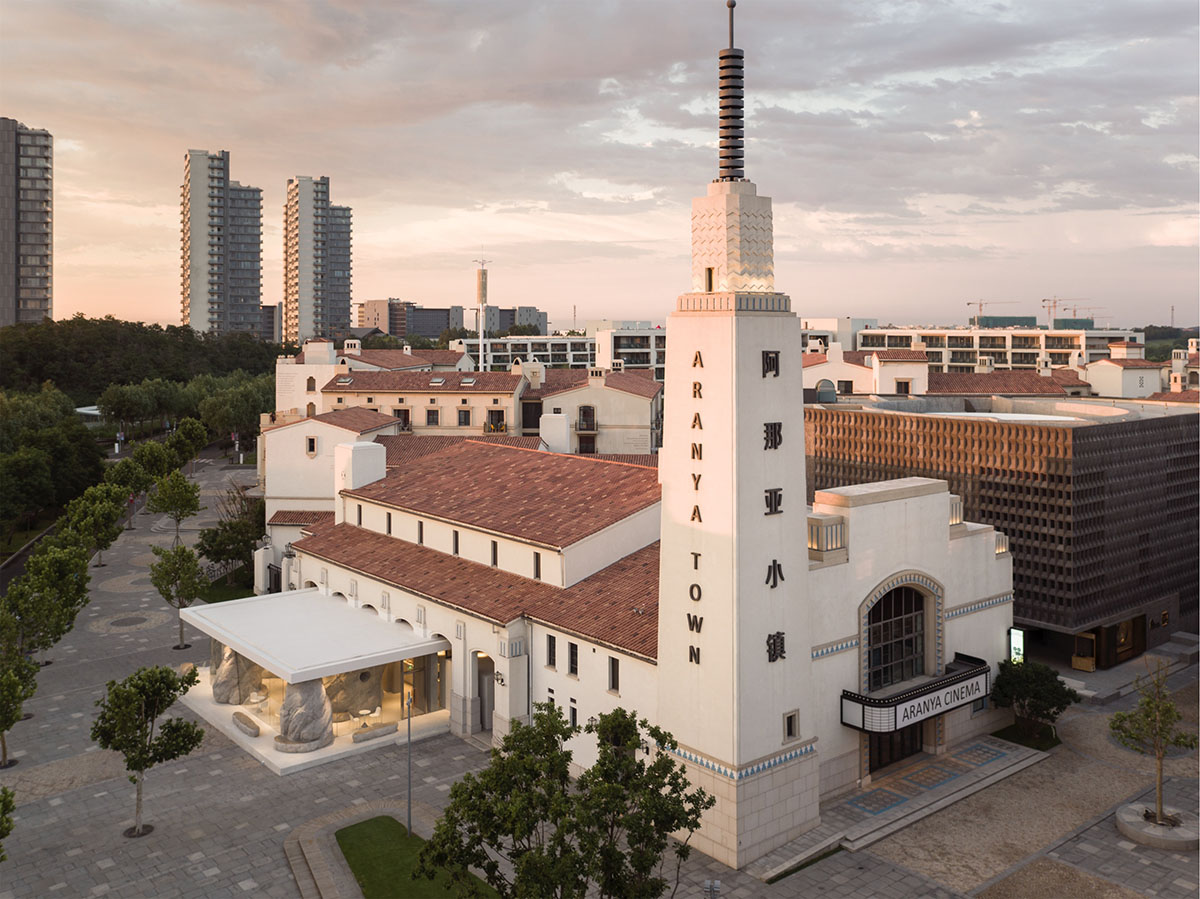 "The philosophy of the brand derives from the natural beauty of mountains and seas. Because of the brand concept and the humanistic atmosphere of the community by the sea, we drew inspirations from nature while respecting the spirit of the site and continuing the brand spirit," said B.L.U.E. Architecture Studio. To create this organically-looking cafe, the architects take cues from nature. "In the vast world, humans are small and lonely entity. The tranquility and vastness of nature help people to escape from the rhythm of urban life and to return to their true nature. Here, we hope the architecture can be a spiritual place for people to settle down," added the studio.

"The design also starts from emotion. Living in highly-industrialized and information-based modern cities, the spaces and the products we use are mostly the results of data analysis and rational judgement." "Under the condition, people can hardly build emotional connection with objects and spaces; they can hardly feel truly relaxed and free," the studio added.

According to the architects, "today’s architecture needs more irrational characteristics in order to highlight the value of emotions."

"Space is not only a container for specific functions, but more importantly, also a carrier of emotions and memories. Thus, the sense of experience and spirituality of architecture have become the core of our design." 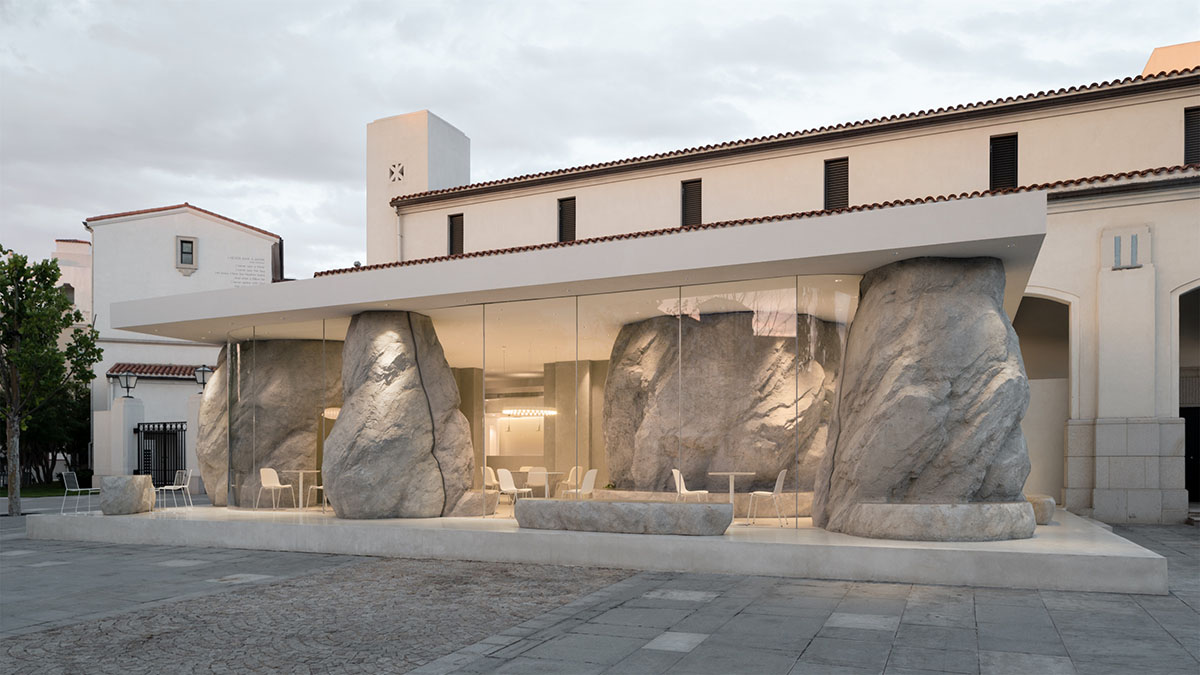 In the open small plaza, several rocks with natural form are scattered in between, supporting a large eave. With its back against the north facade of the original cinema building, the architecture of Zolaism is featured with three sides of glass curtain wall enclosures, forming a whole space that integrates the interior and the exterior.

The organic form of the stones, on one hand, seems random and improvisational, on the other hand, the stones have different sizes to hide the steel columns of the structure placed at the back side of the cafe. These massive stones also help divide functional areas. 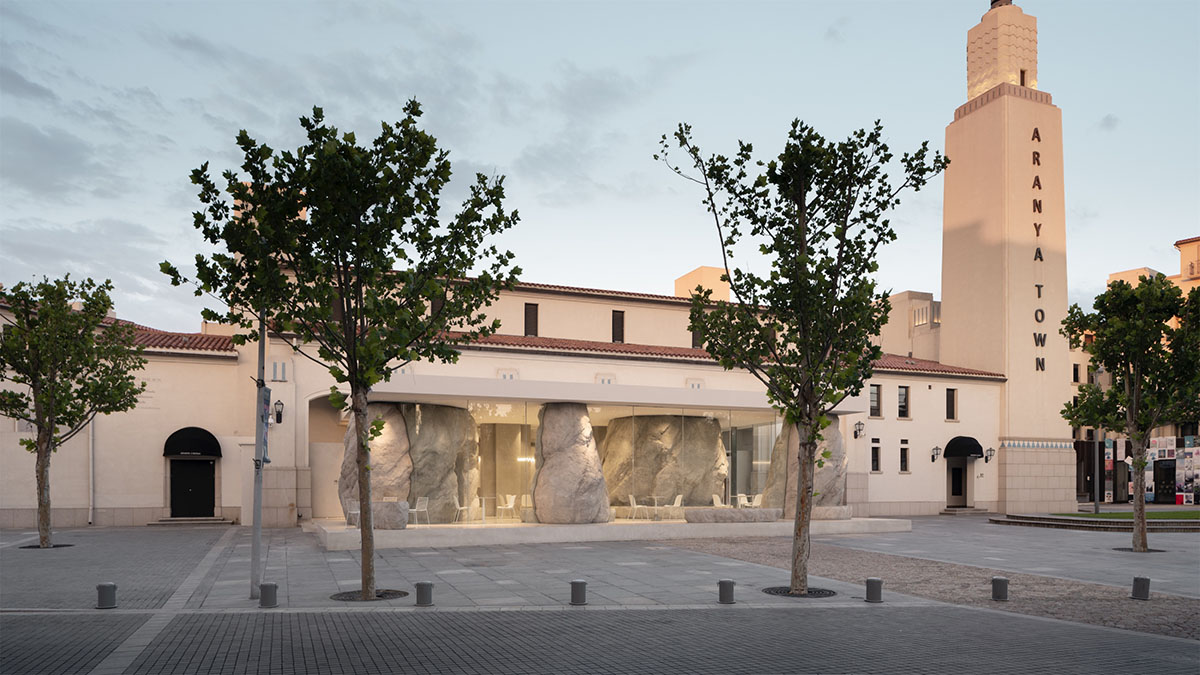 Inside the two largest rocks, the studio embeds private resting rooms, and the shapes have combined the function of fixed seating at the bottom.

The scattered seatings spread freely throughout the spaces between the mountain rocks. The plan gives the whole space a sense of fluidity and openness, providing guests a constantly changing spatial experience while walking. 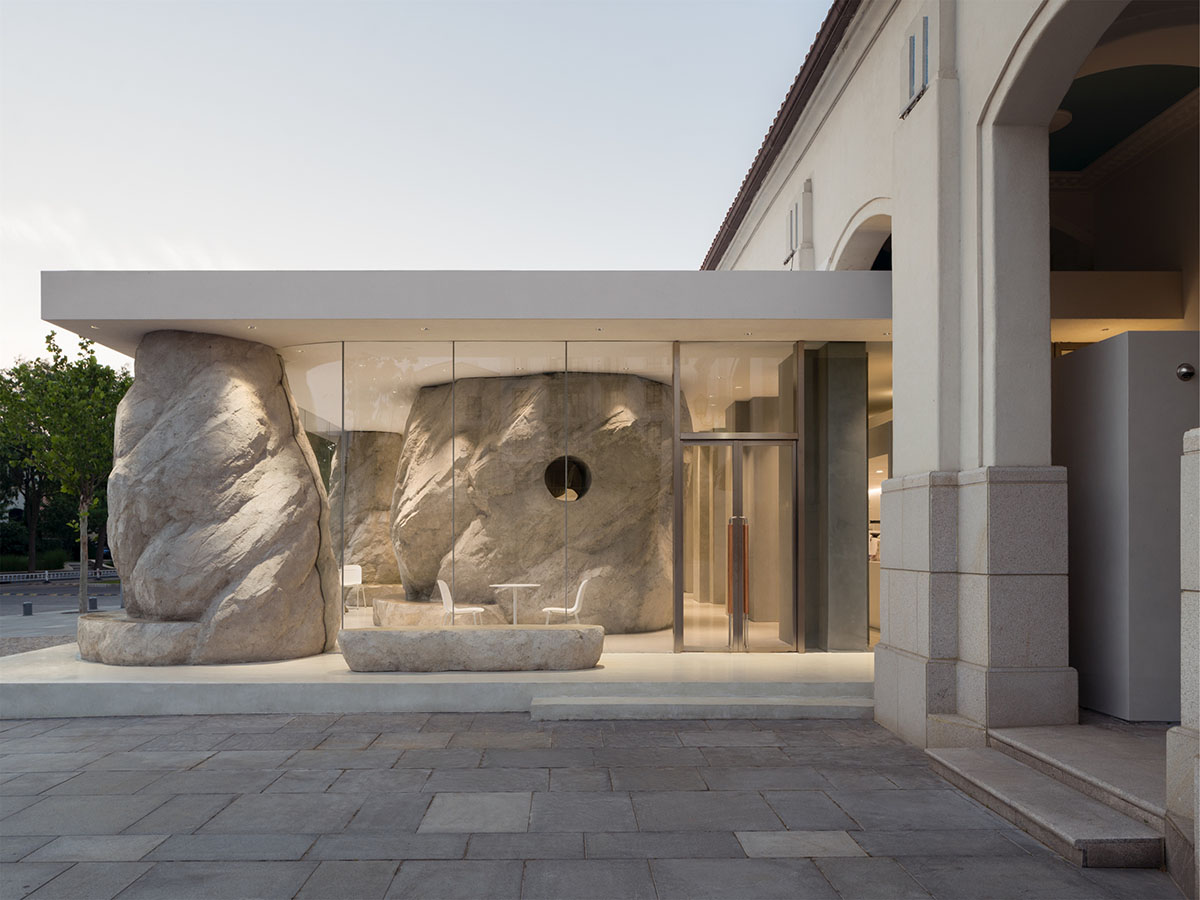 The stone shapes were created by GRC pouring: the natural texture of concrete has revealed coarse and heavy texture of the rocks, while forming a strong visual contrast with the lightness and transparency of the surrounding ultra-clear glass in order to emphasize a sense of power of the form.

To take a plenty of sunlight to the interior, the studio created a frameless, full-height glass curtain walls and presents the dynamic play of light and shadows, which changes over time and provides guests a feeling of resting in nature. 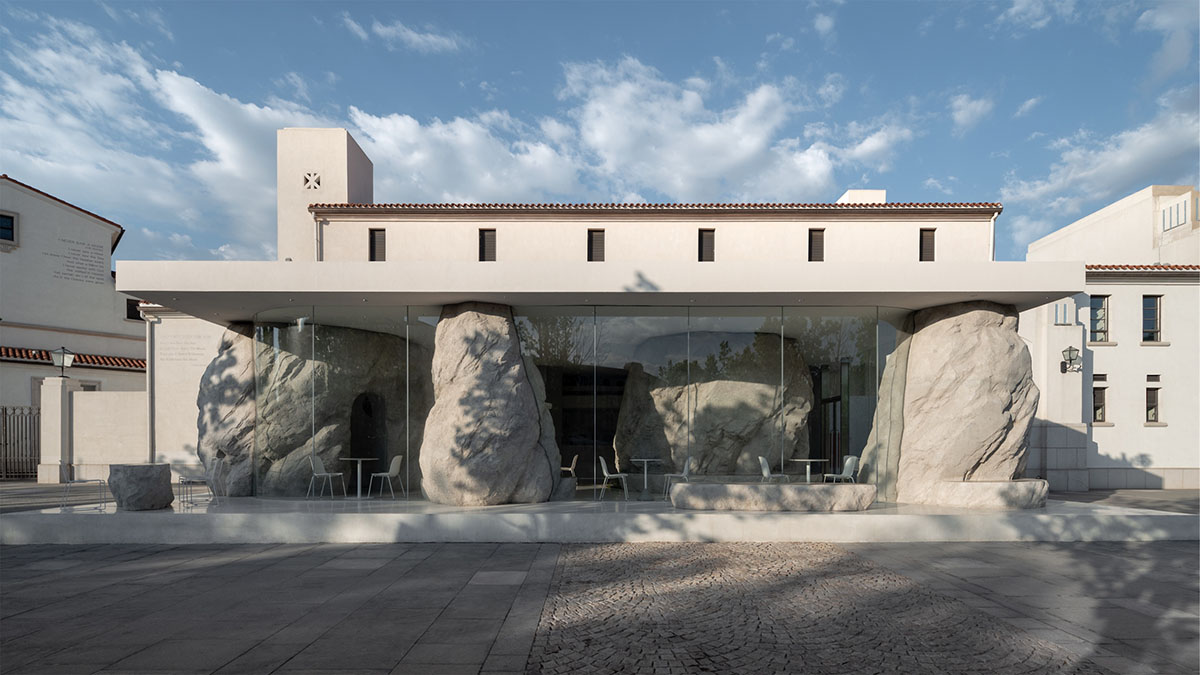 Construction process was the most challenging phase of the project

According to the architects, compared to conventional architectural projects, the design and construction process of the cafe was the most challenging phase of the project. From the beginning of the design process, the design team explored the spatial form through handmade models.

"We started from physical foam models with a scale of 1:100, and made sets of different models to study the composition of architectural space," the architects added. 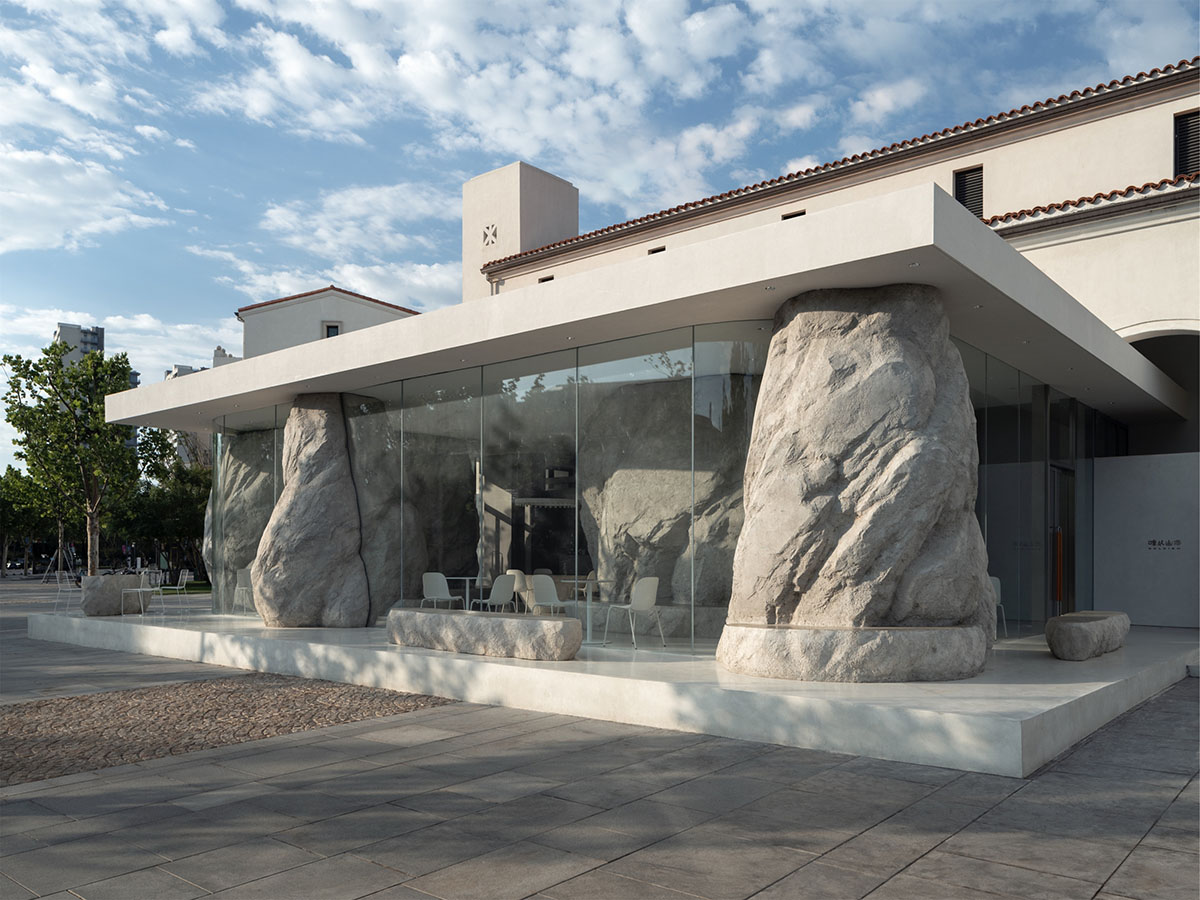 "During our exploration, the foam corroded by glue presented natural and uneven texture, and the vivid form occasionally helped our design process."

"With the deepening of the design project, we gradually enlarged the scale of models, and eventually finalized the spatial form and organization with a 1:30 model, and then the production of model making was started at a professional factory."

At first, the team created a 1:10 handmade clay model to see the full structure. 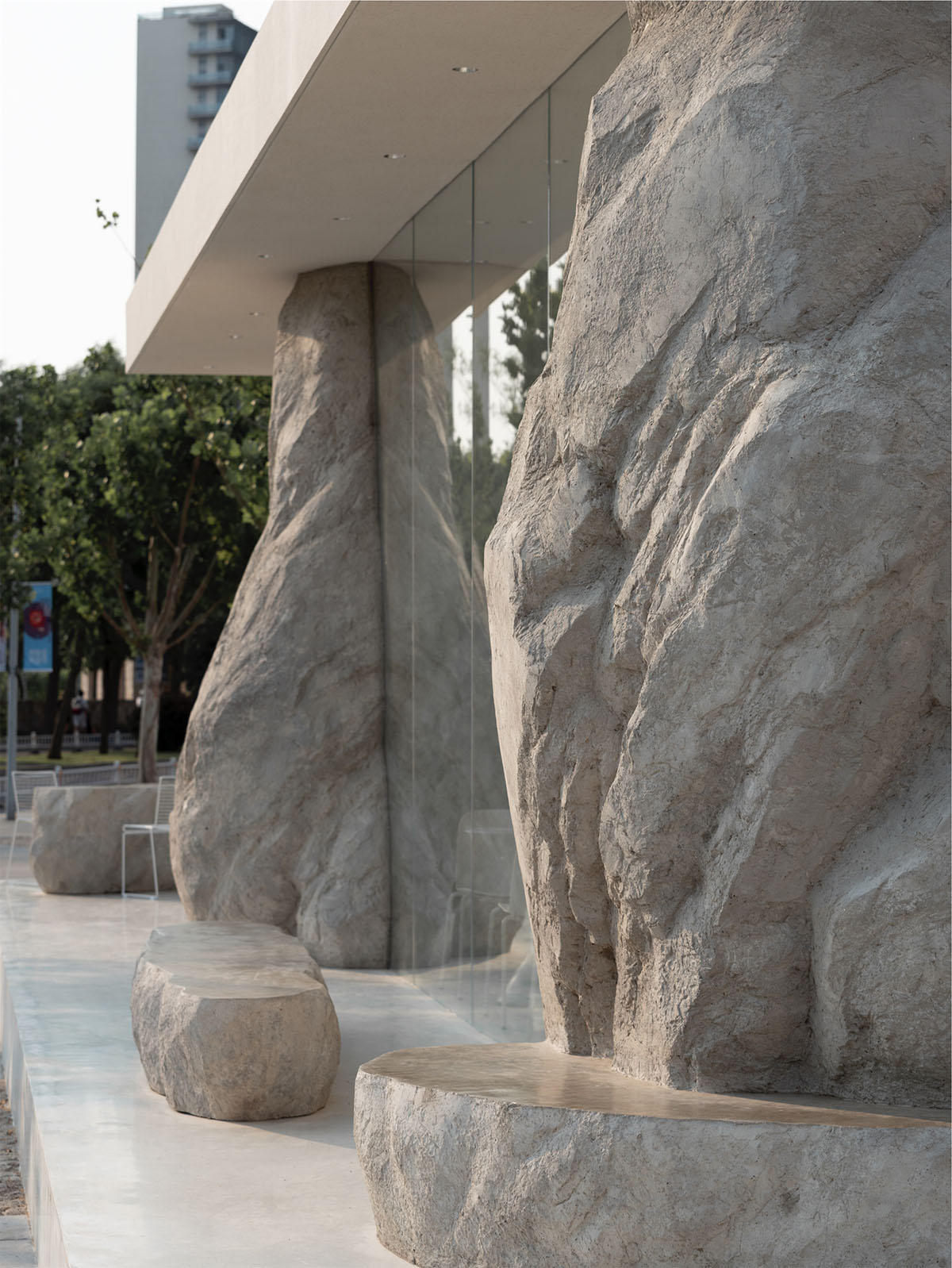 As the studio highlights, due to the nature of clay, it provided them a more intuitive understanding and grasp of the form and aesthetics of the space. Subsequently, the architects continued to enlarge the scale of the model during constant adjustments until the 1:1 clay sculpture model was finalized.

The architects also stated that they didn't use any computer 3D modeling or construction documents to complete the whole process. Instead, the entire construction process was all based on by a hand-made construction technique by designers and the contractor. 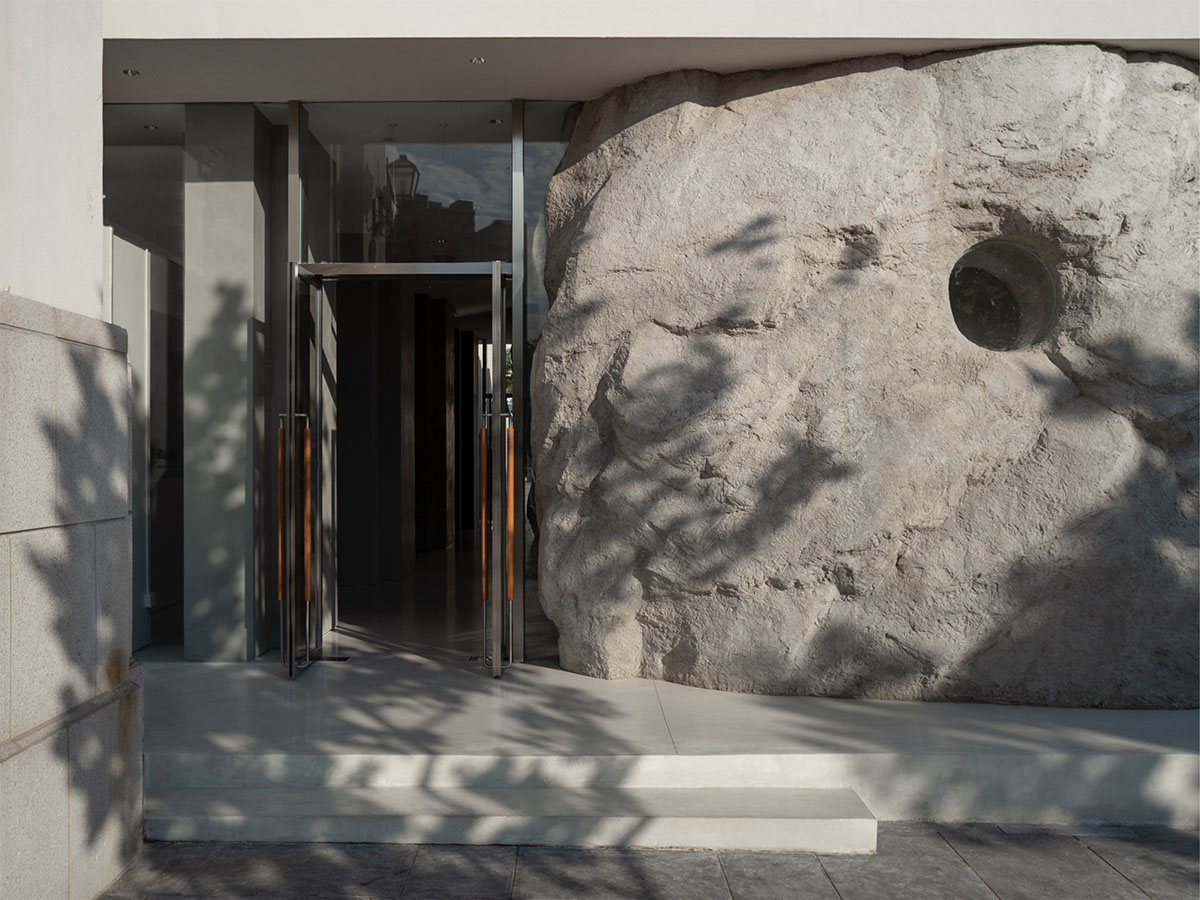 Then after the turnover formwork and GRC module pouring process, the finished and individual modules were transported to the site for assembly. Finally, the architecture was successfully completed.

"The whole construction process is full of unknown and uncertainty. To a certain extent, we gave up the overall control of architectural form. Instead, we let our hands to think and allow the design to grow with the flow," the studio added. 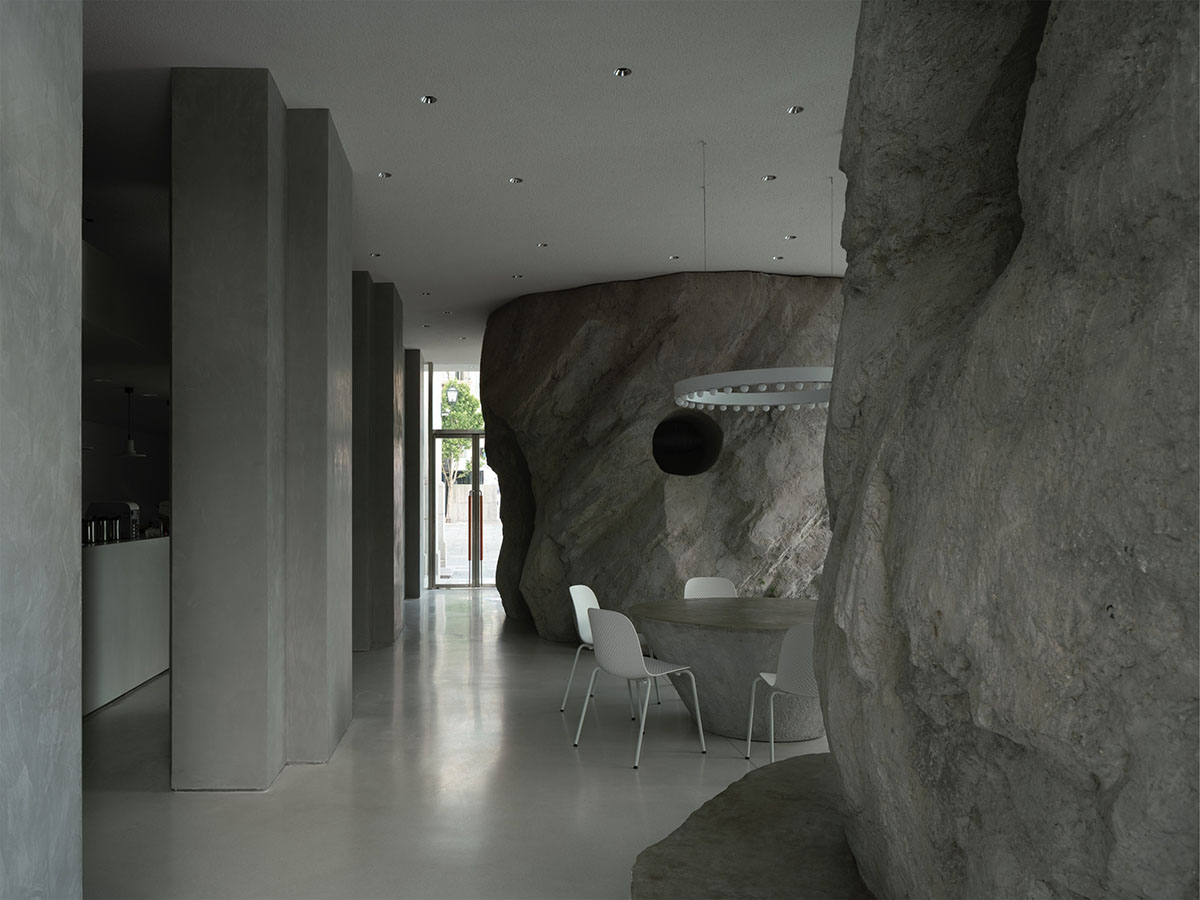 "With the guidance of perceptual experience and adhoc judgement, we gradually refined the design to a more mature scheme."

"The architecture with such design and construction process cannot be replicated or replaced, which endows the space with unique values of emotions and strength," the studio added.

The presence of sensual and perceptual space is important for a seaside resort community who live like in Aranya away from the noise of the cities. People need places to rest their bodies and spirits, according to the studio. 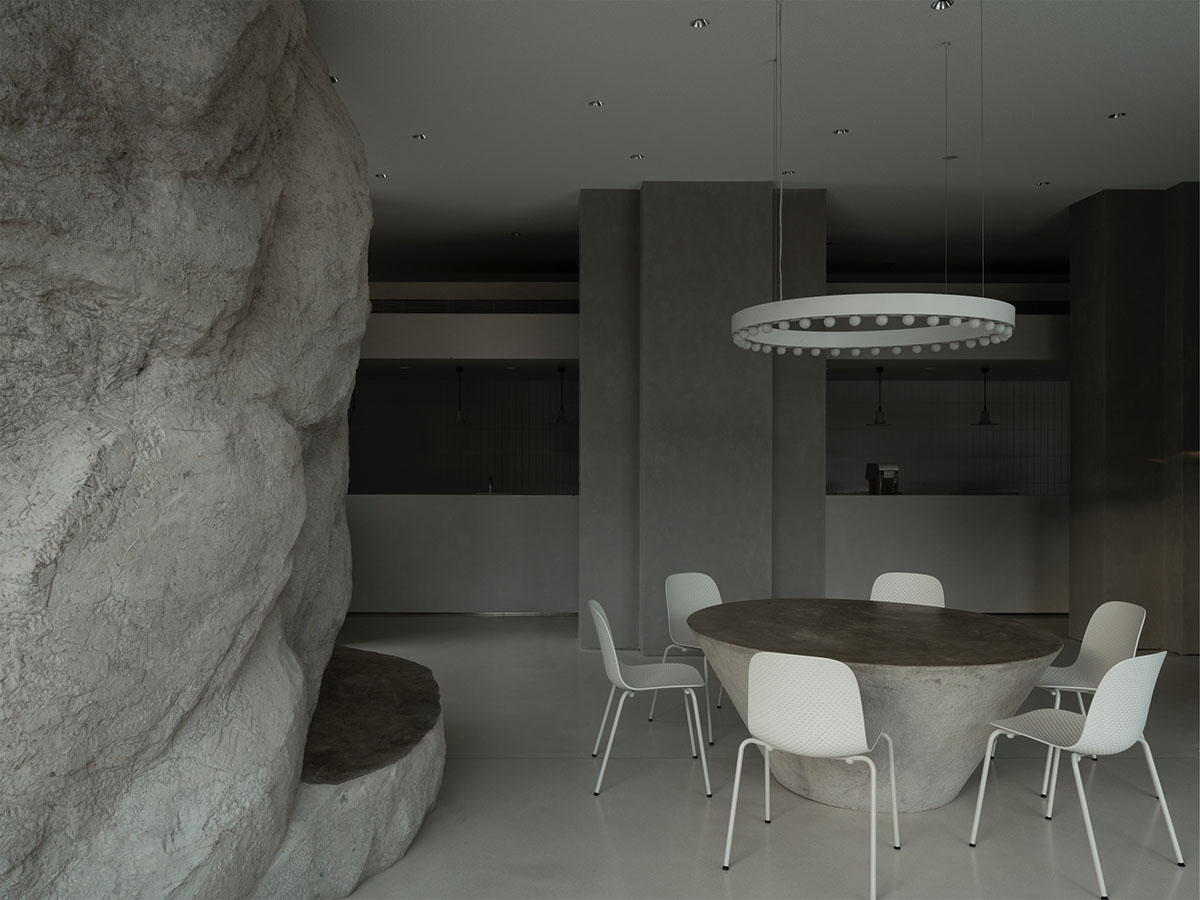 For this reason, the team created a space with their intuition not just to provide an environment close to nature, but also inspire a state of mind of returning to nature. It encourages people to put away the burden of urban life to get relaxation and freedom of minds.

"Since the beginning of the 20th century, the essence of modernism architecture is the supremacy of functionalism," the studio explained.

"Rational judgement and logical thinking are the core of modernism design. Nowadays, the process of space virtualization is constantly undermining functionalism. Meanwhile, the development of big data and artificial intelligence has gradually weakened the values of designers’ rational thinking." 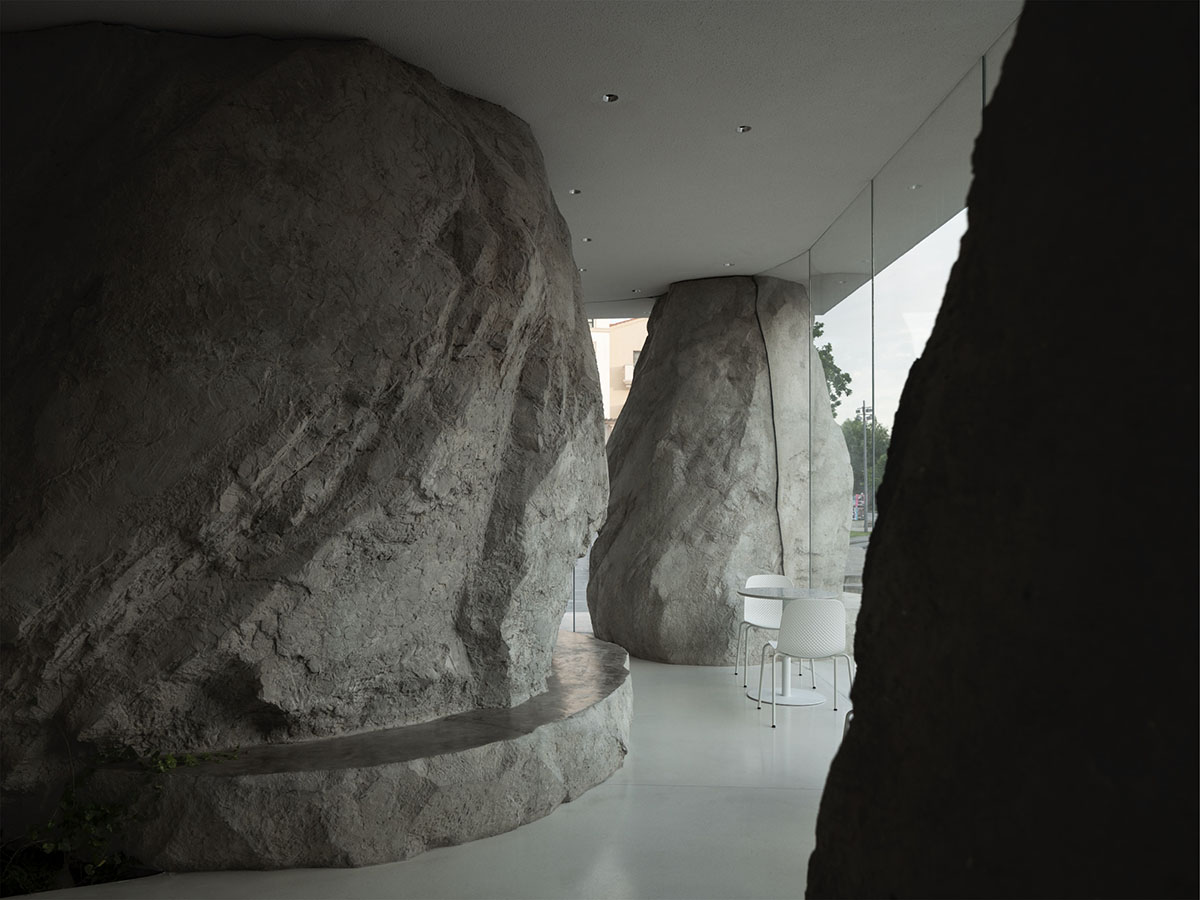 The architects believe that in the future, the value of spatial design is more about perception, experience and ideal, and it should embrace a certain amount of contingency. The design for Zolaism reveals both the relativity and integration of human and nature. The architectural space has become a spiritual habitat. As a new beginning, this experimental attempt stands as our exploration of the relationship between nature and artificial environment in the new era. 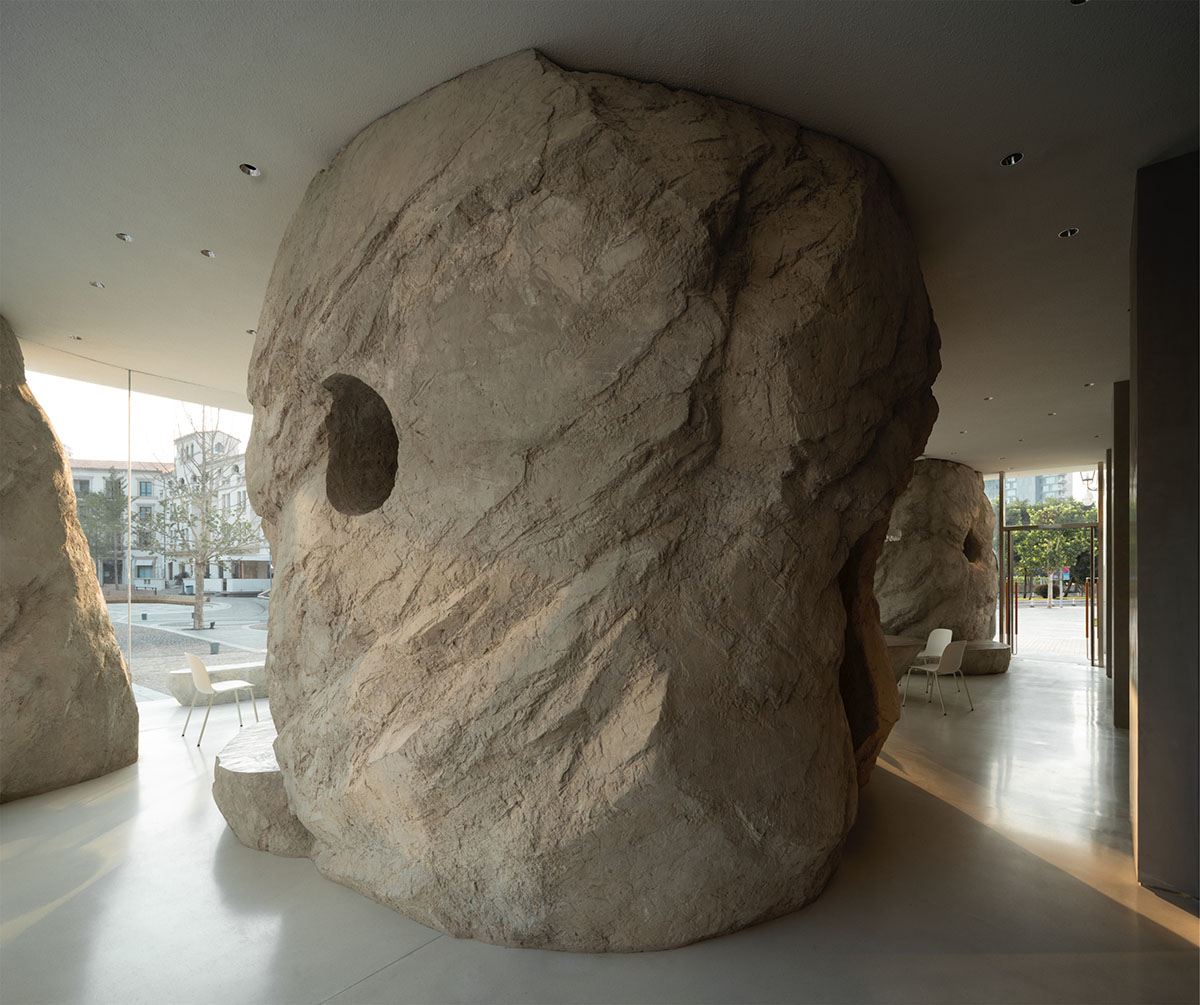 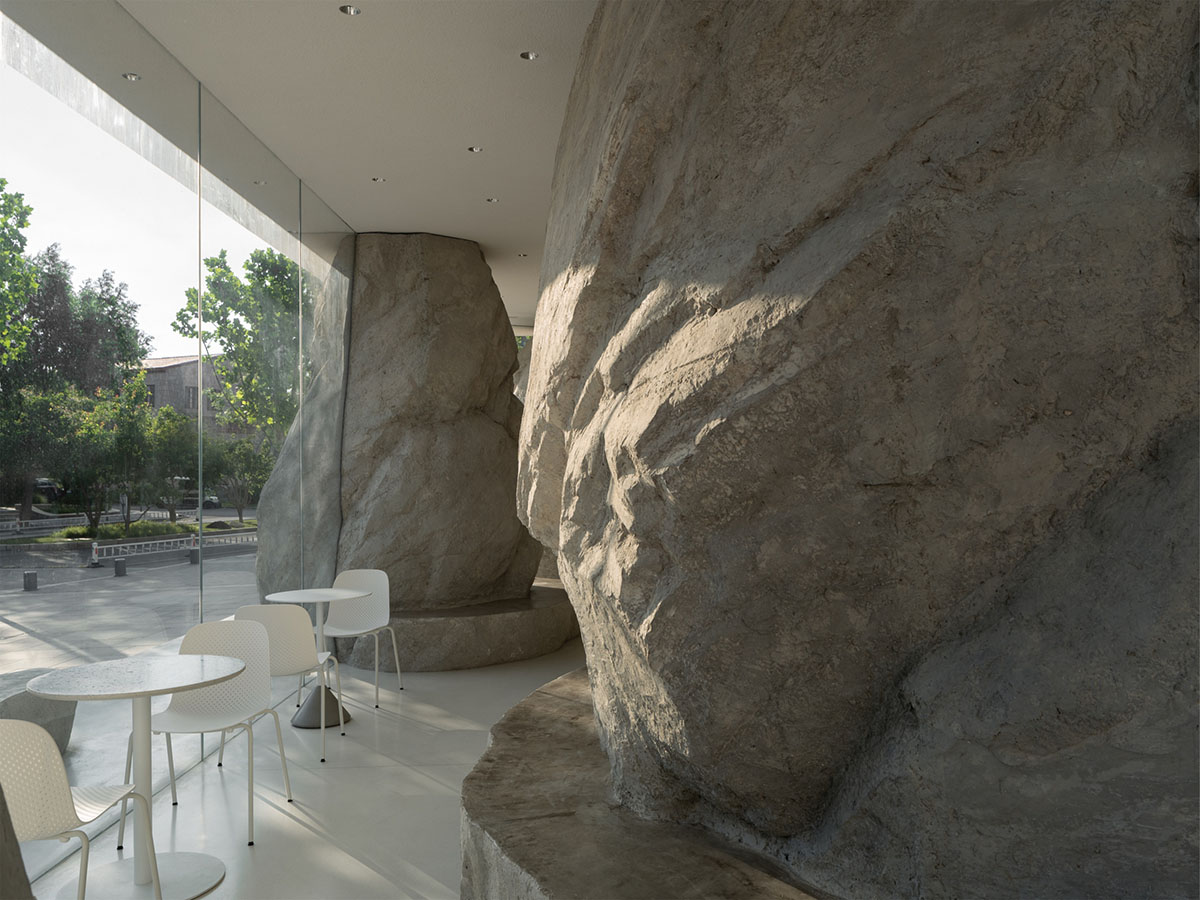 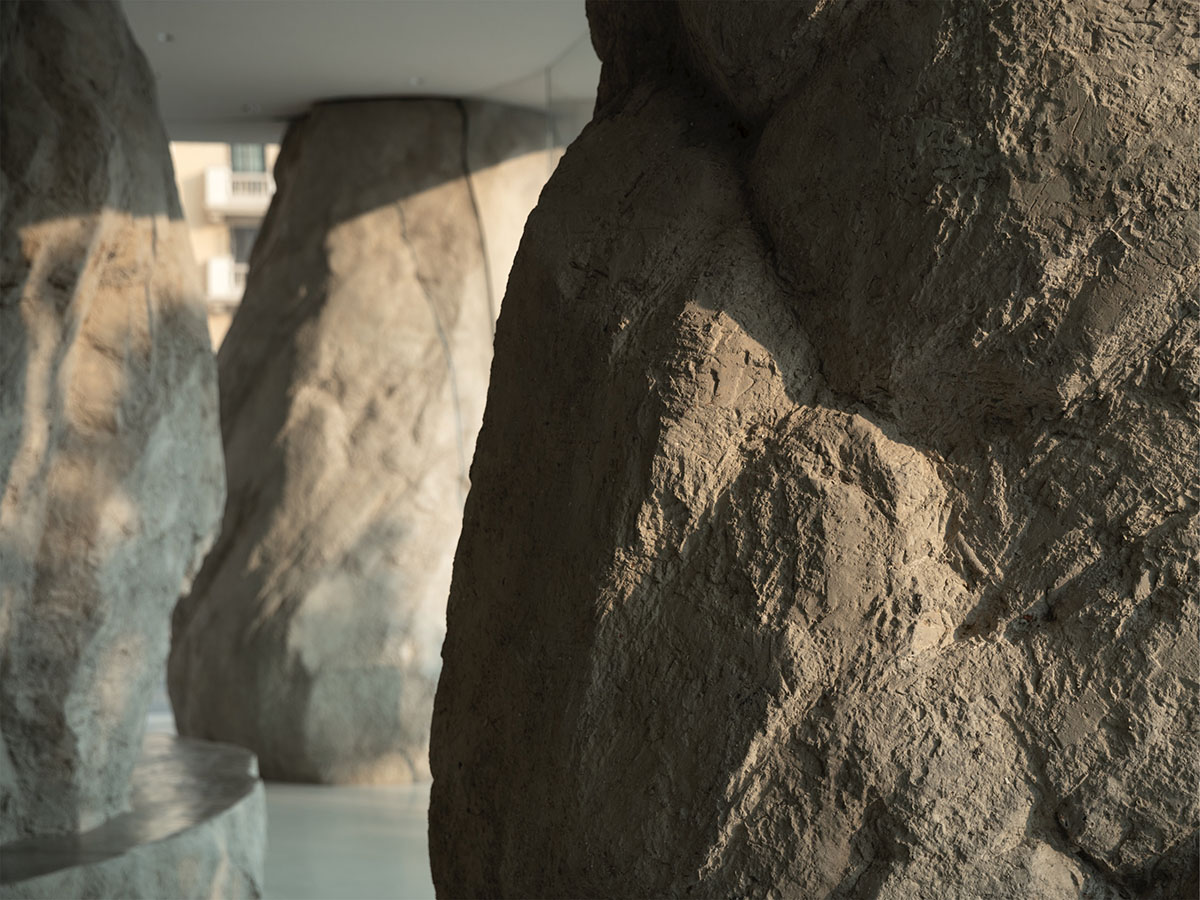 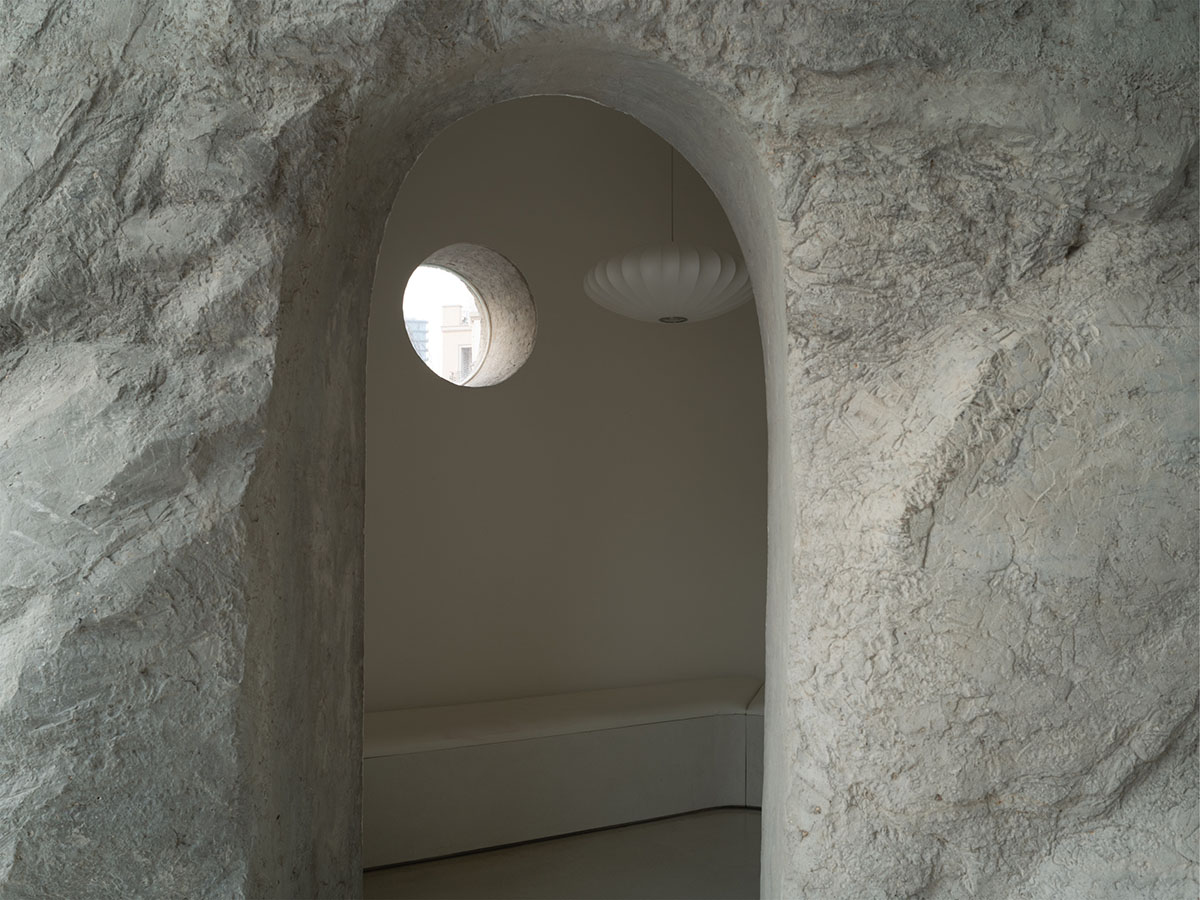 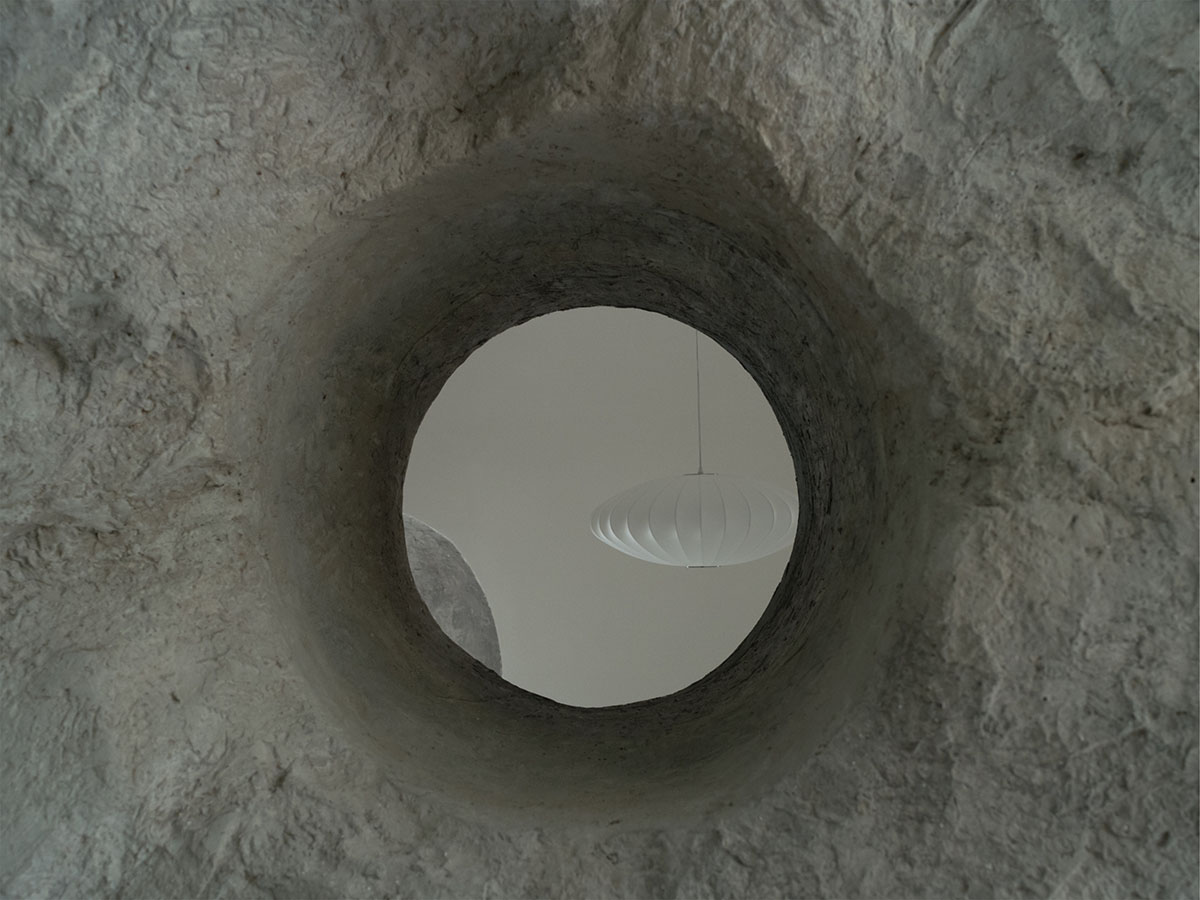 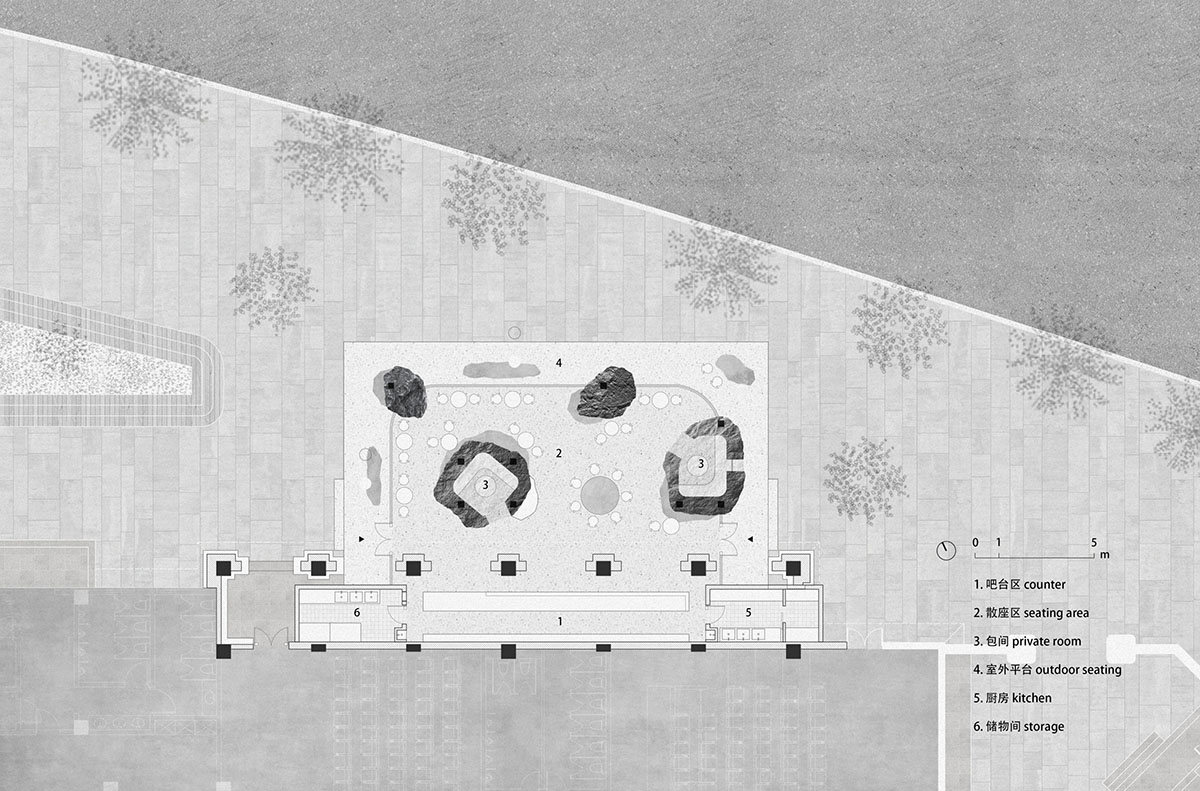 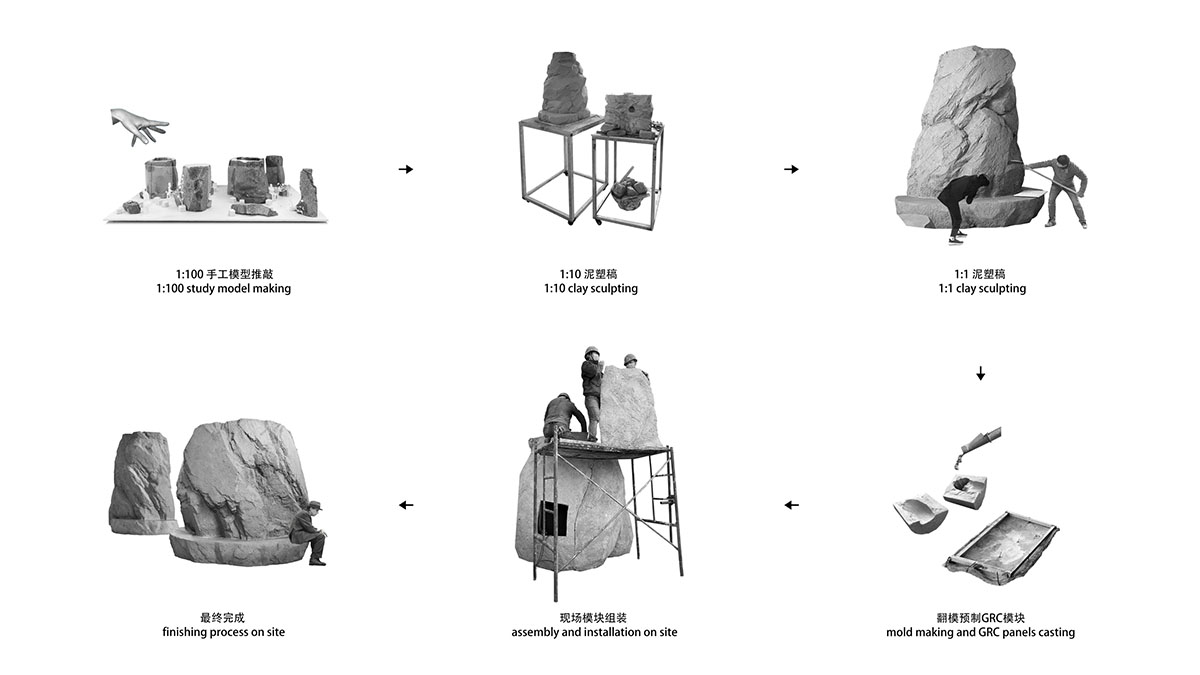 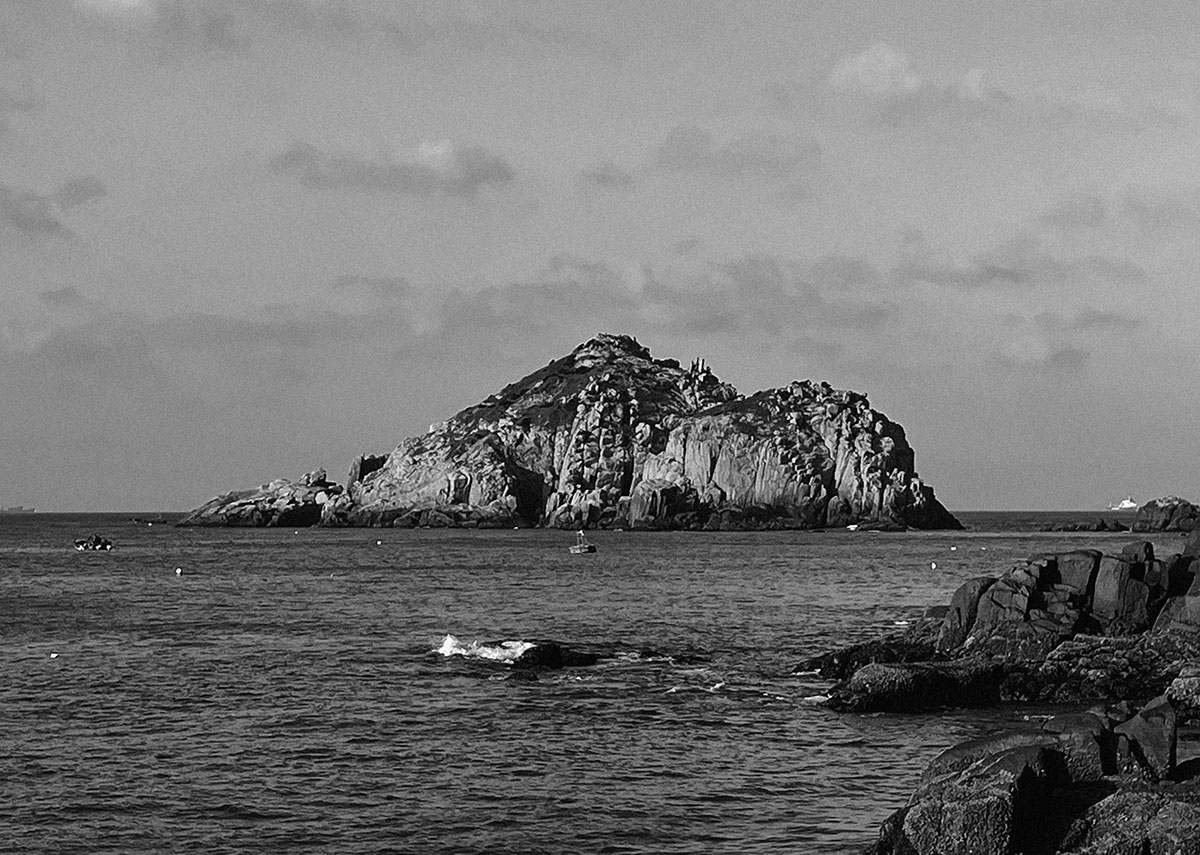 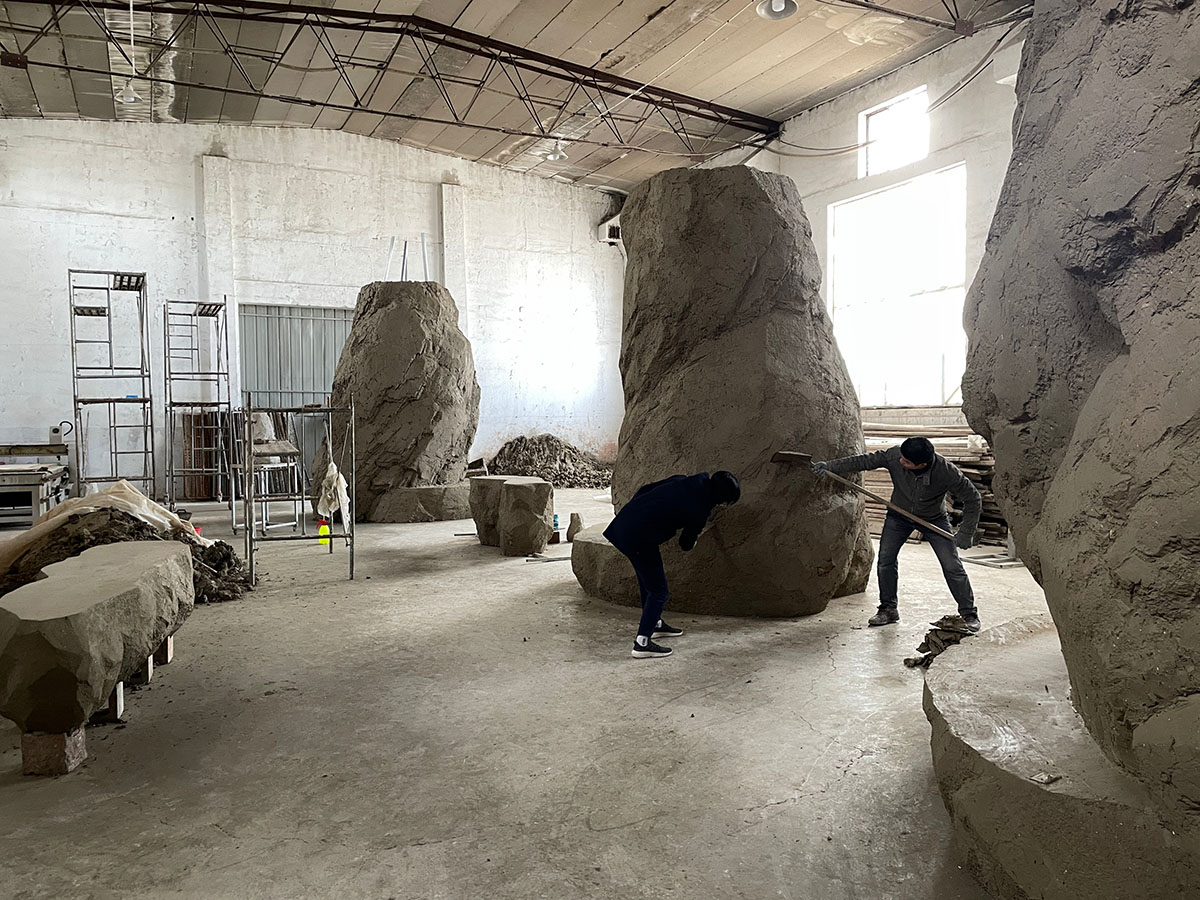