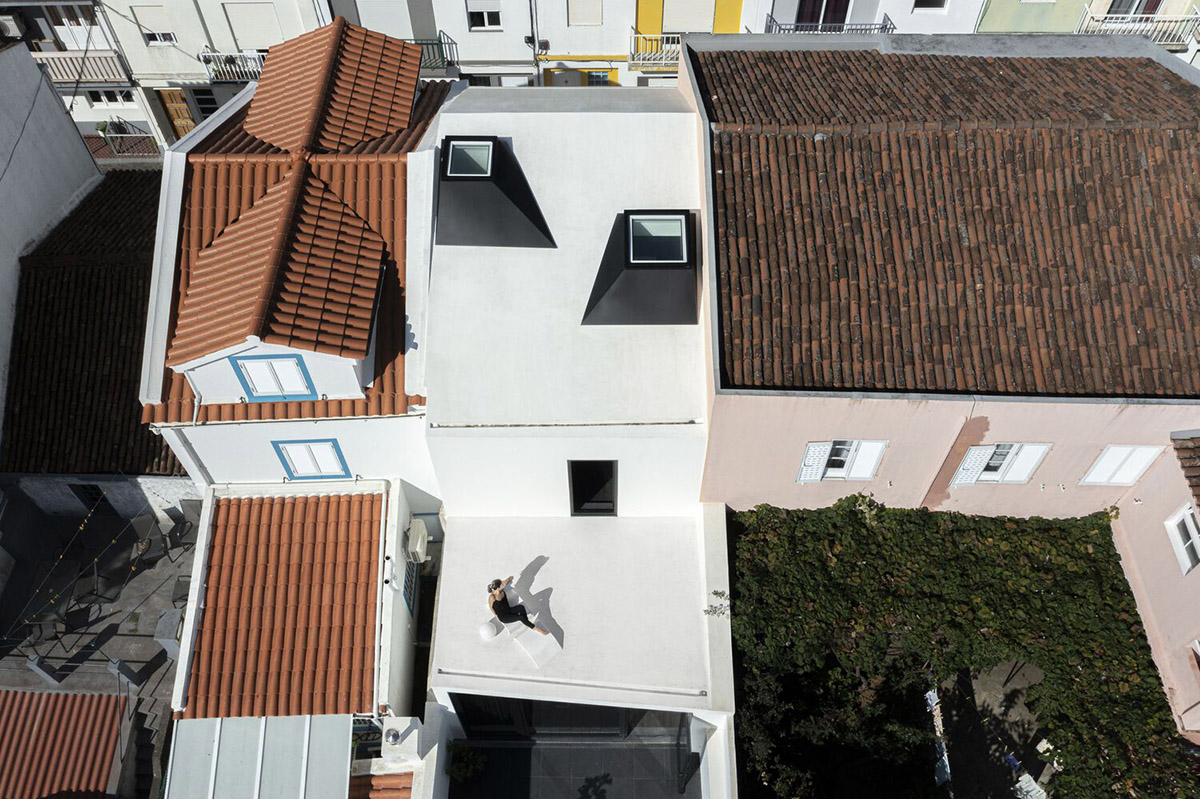 Called Windmill House, the 110-square-metre house features a large terrace to capture the views from its surrounding.

Designed with simplicity and cascaded layout, the overall form of the house mimics the surrounding townhouses adjacent to the plot. 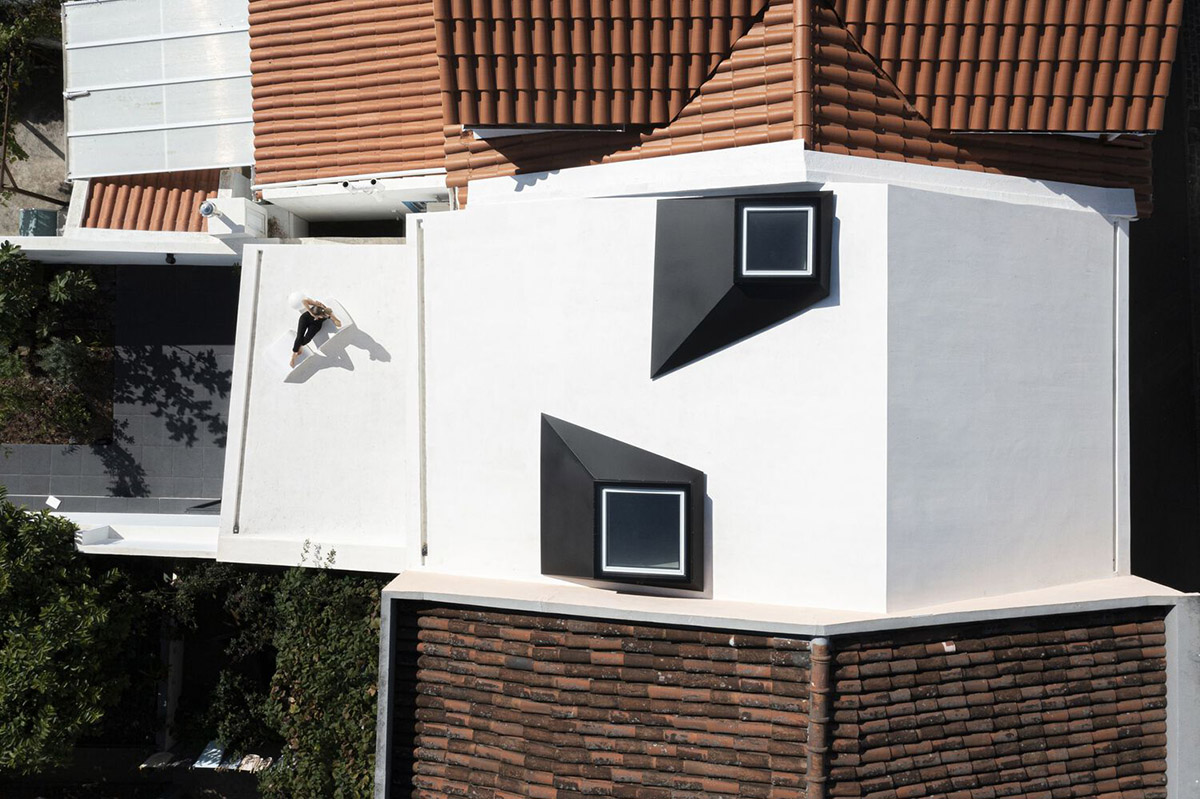 Situated in a consolidated urban mesh, at the center of Ponta Delgada, the goal of the architects was to give answer to a program of an extremely small single-family house.

The house has two floors, where the lower floor accommodates a single social area, while the two small bedrooms are located on the upper floor. 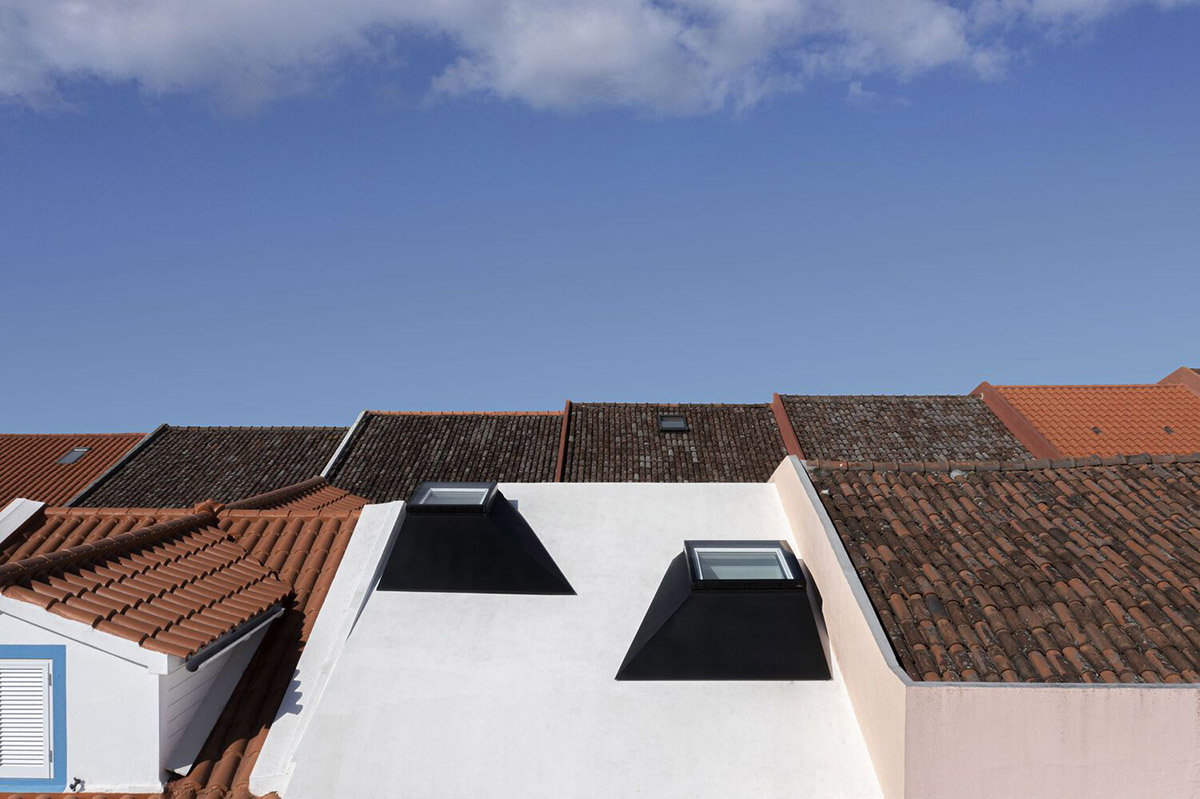 The house reaches only 4.20 meters at the front, with no space for urban pediatrician circulation space, "while the facade results in the child's imagination of a house drawing... one door and one window."

In that sense, the main facade exclusively becomes the boundary between interior and exterior, with no reason for a relation between both, besides being in its way. 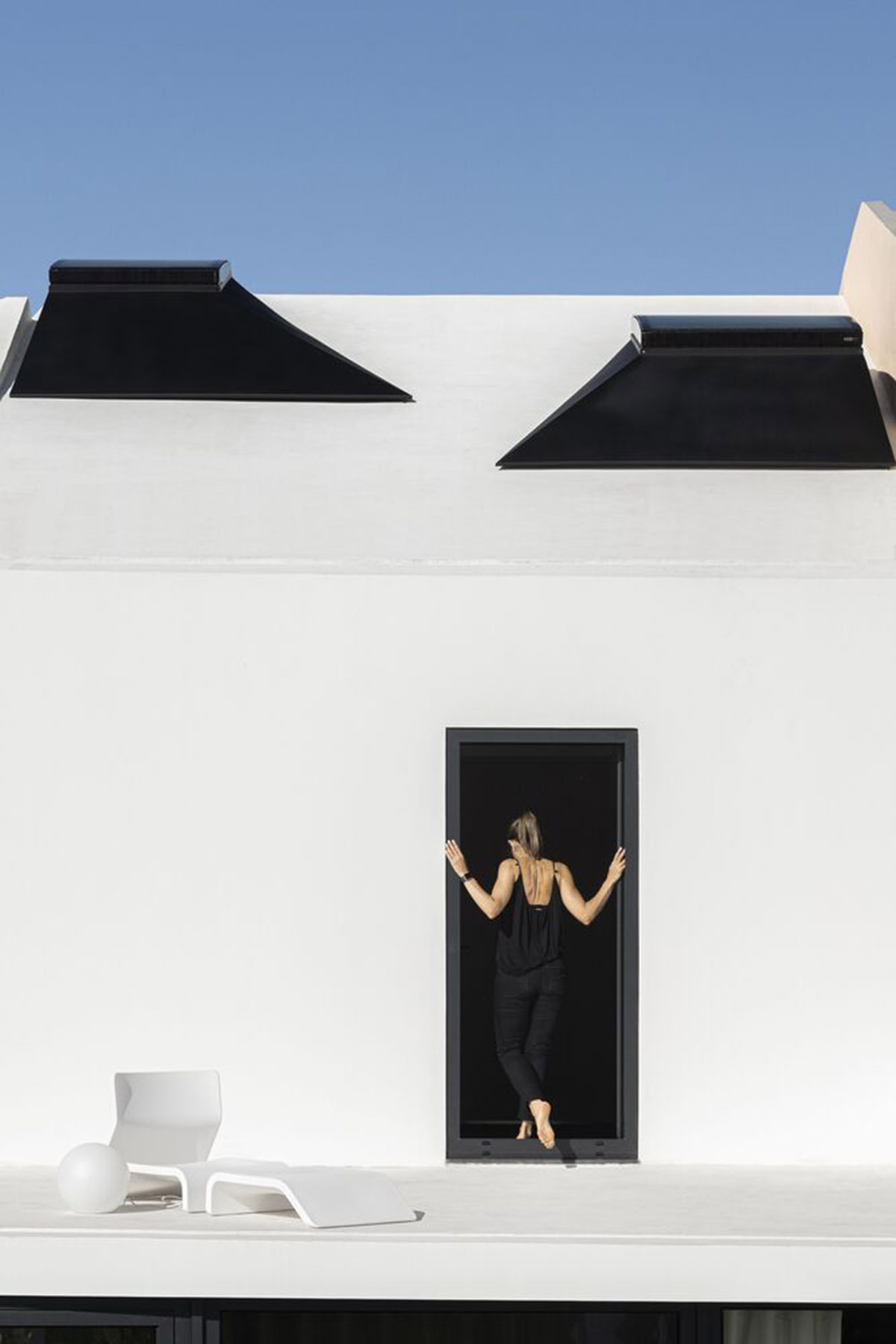 The program is arranged as flexible as possible and developed without the need of transitioning or dividing spaces. The architects place only social space gaining dimension in its depth, where the space overlook at the garden at the end of the space.

The garden plays an important role for establishing the balance between the house and the private addition at the end of the lot. On the upper floor, the East Bedroom gets a terrace, from which you can visualize the houses that make the urban form, so characteristic of the neighborhood. 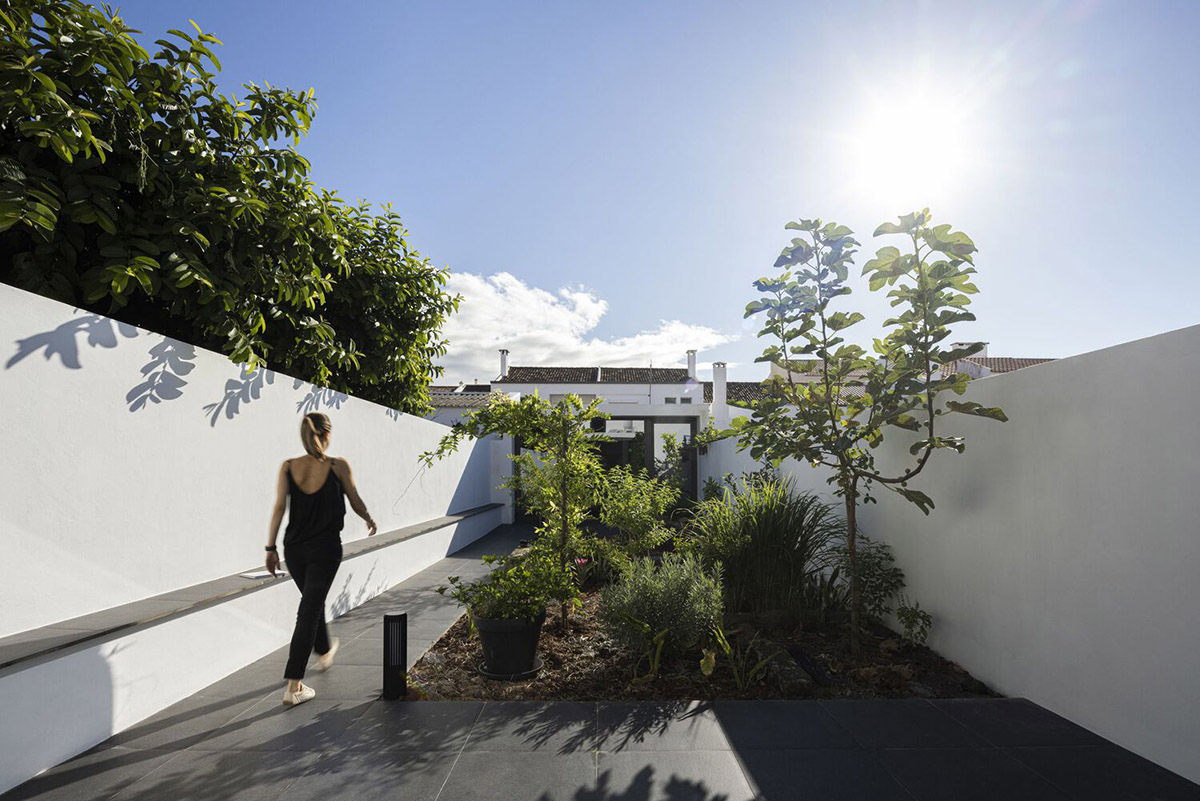 "The necessity to simulate a greater spatial amplitude is made possible by the skylights in the pitched roof, which receives the light and spreads it throughout the interior spaces, working as a "diaphragm", increasing the "vertical perspective"," said BOX arquitectos. 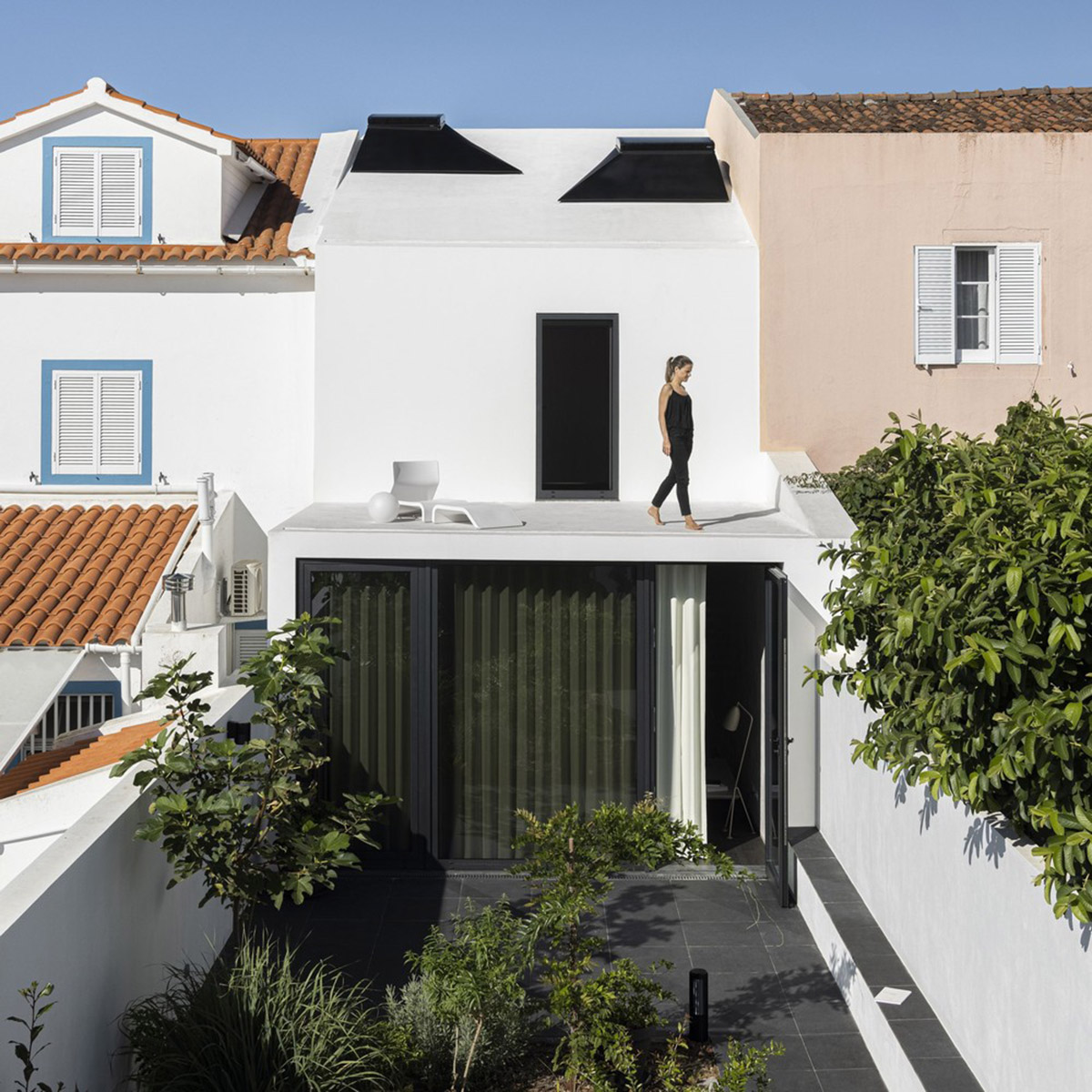 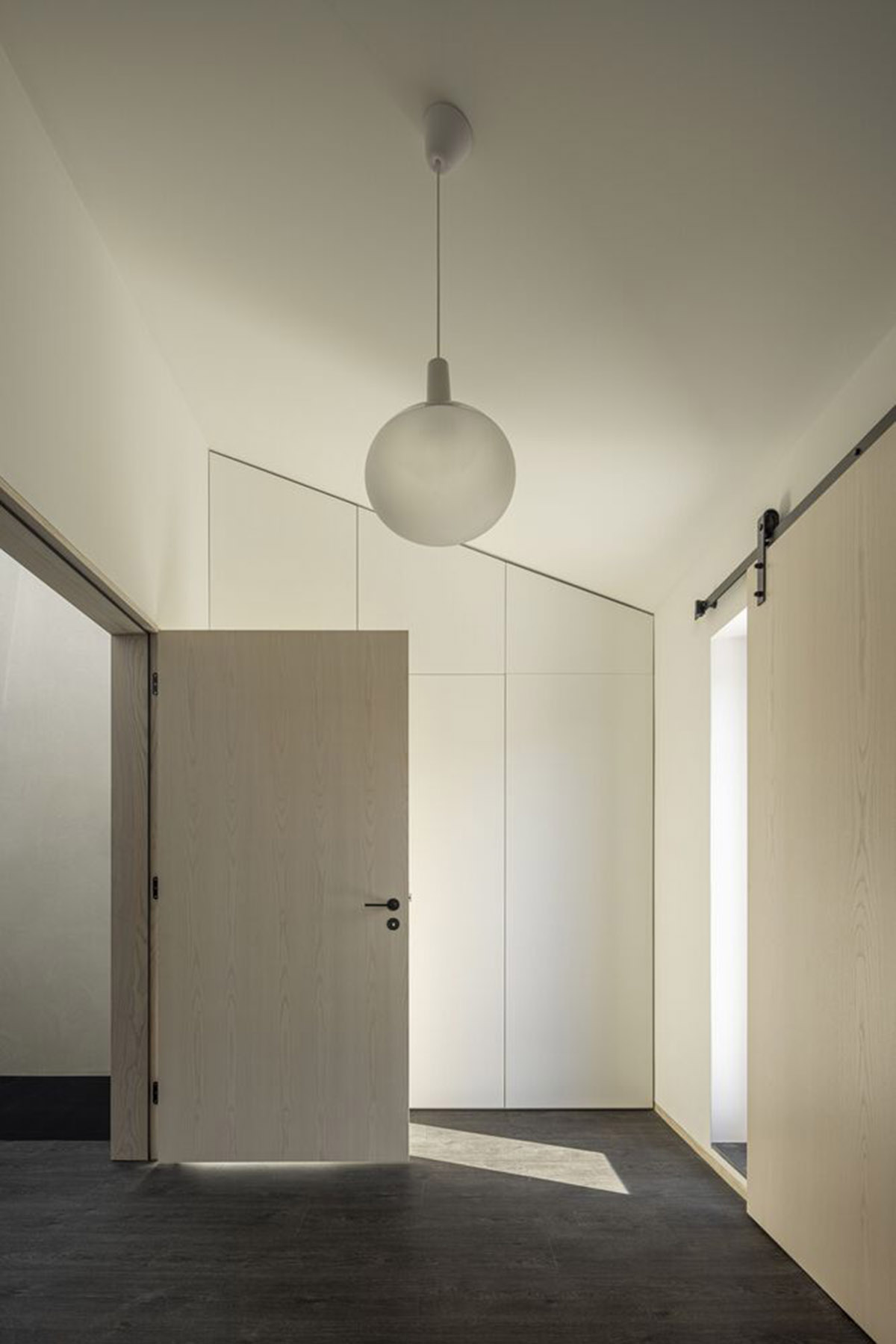 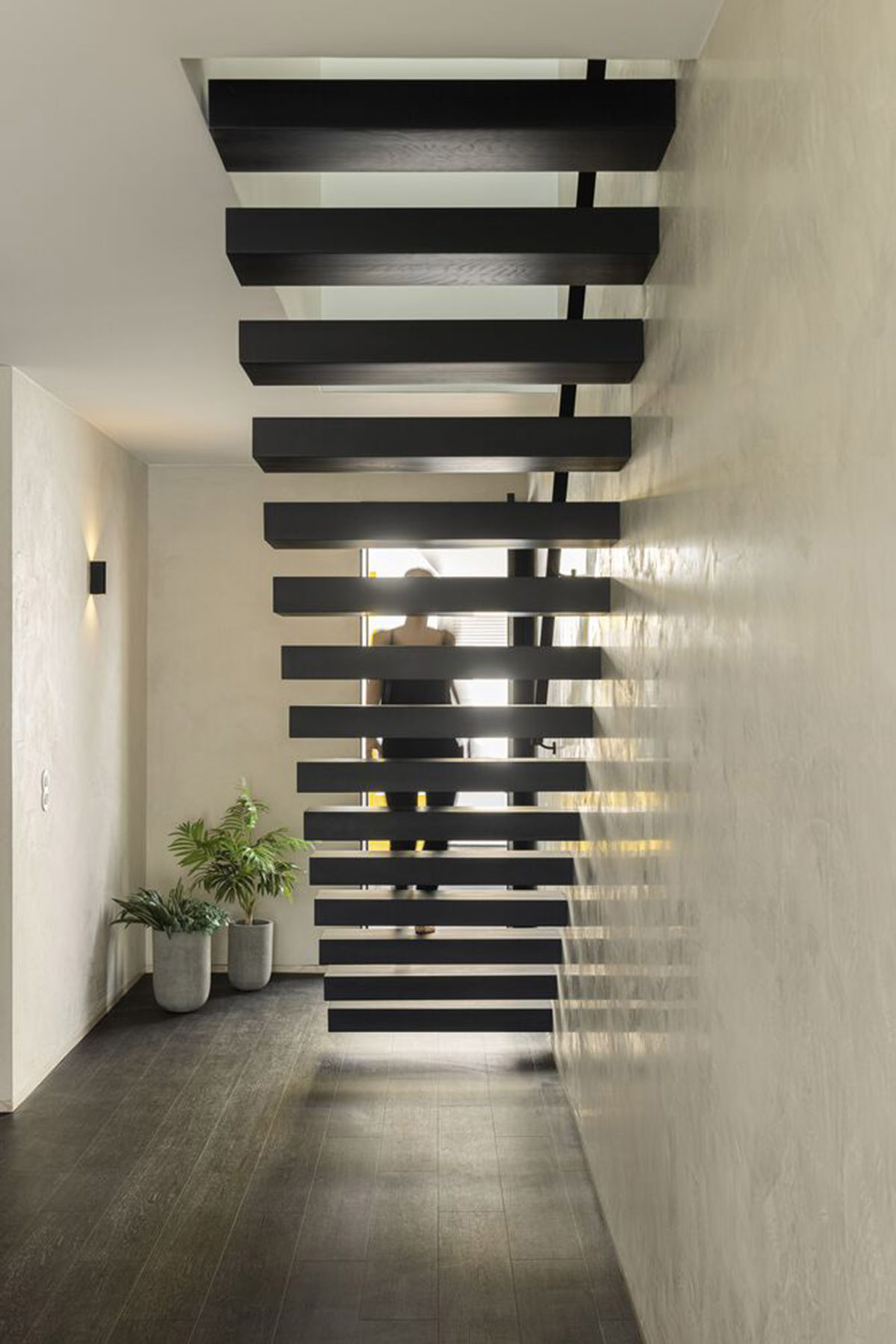 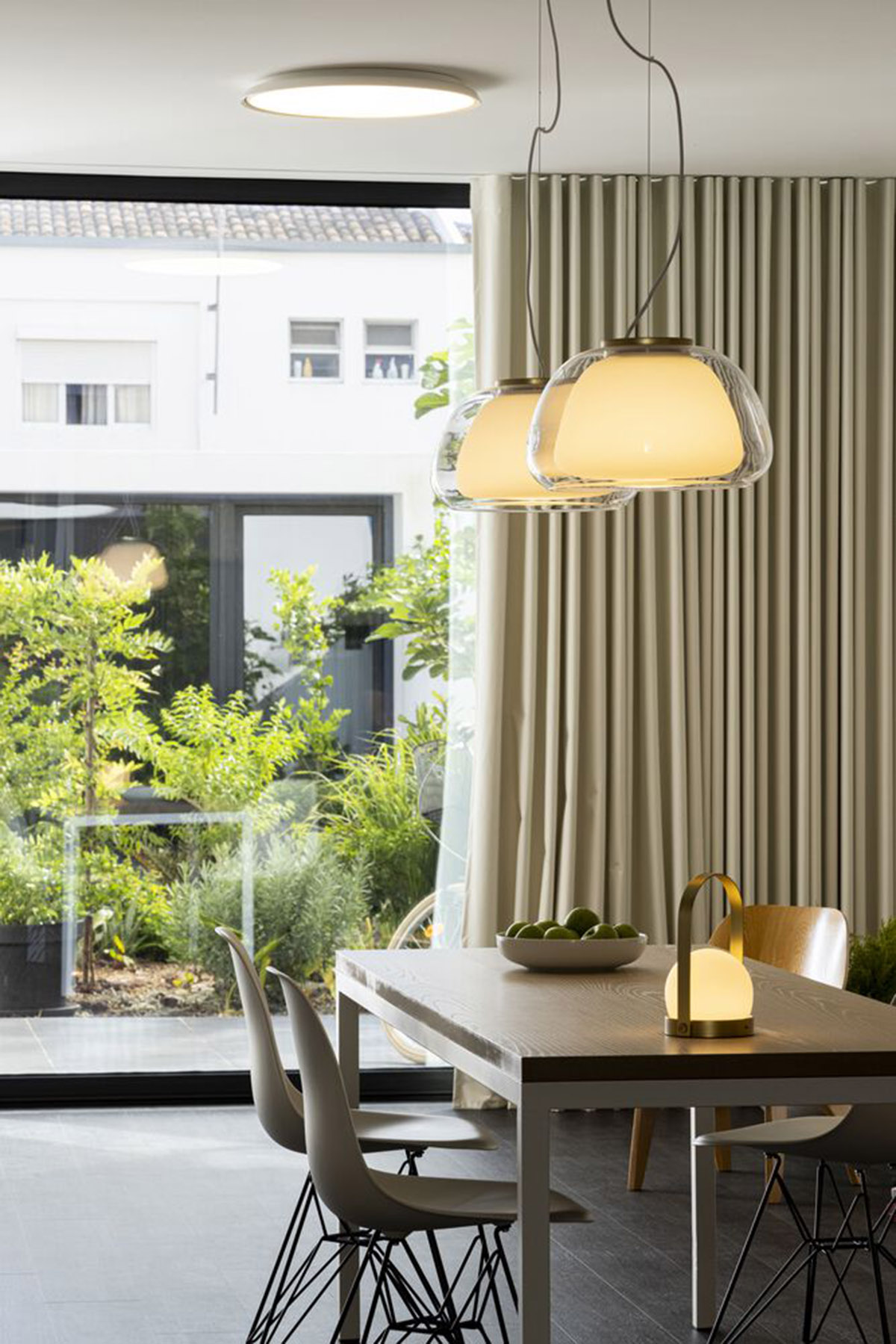 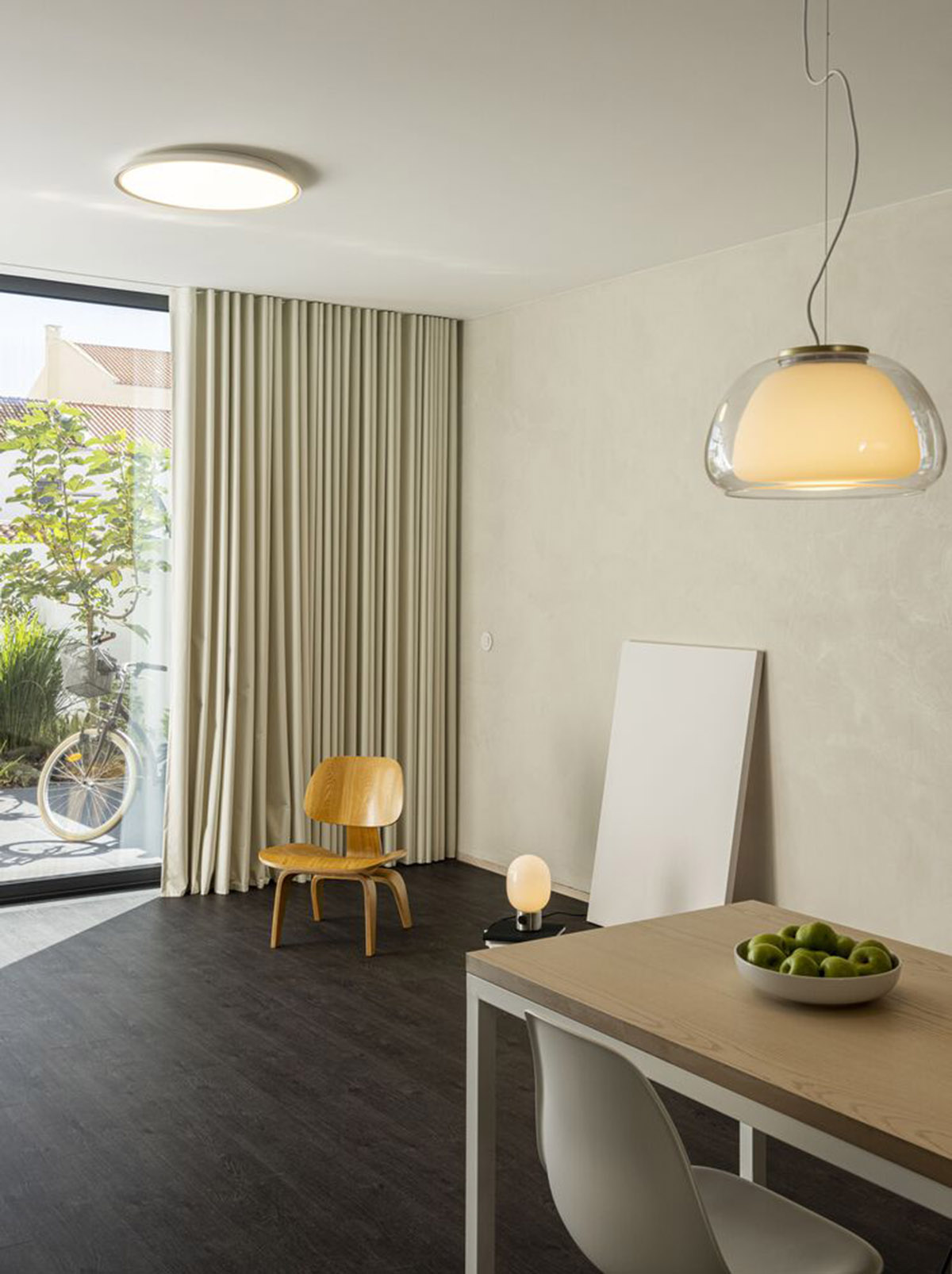 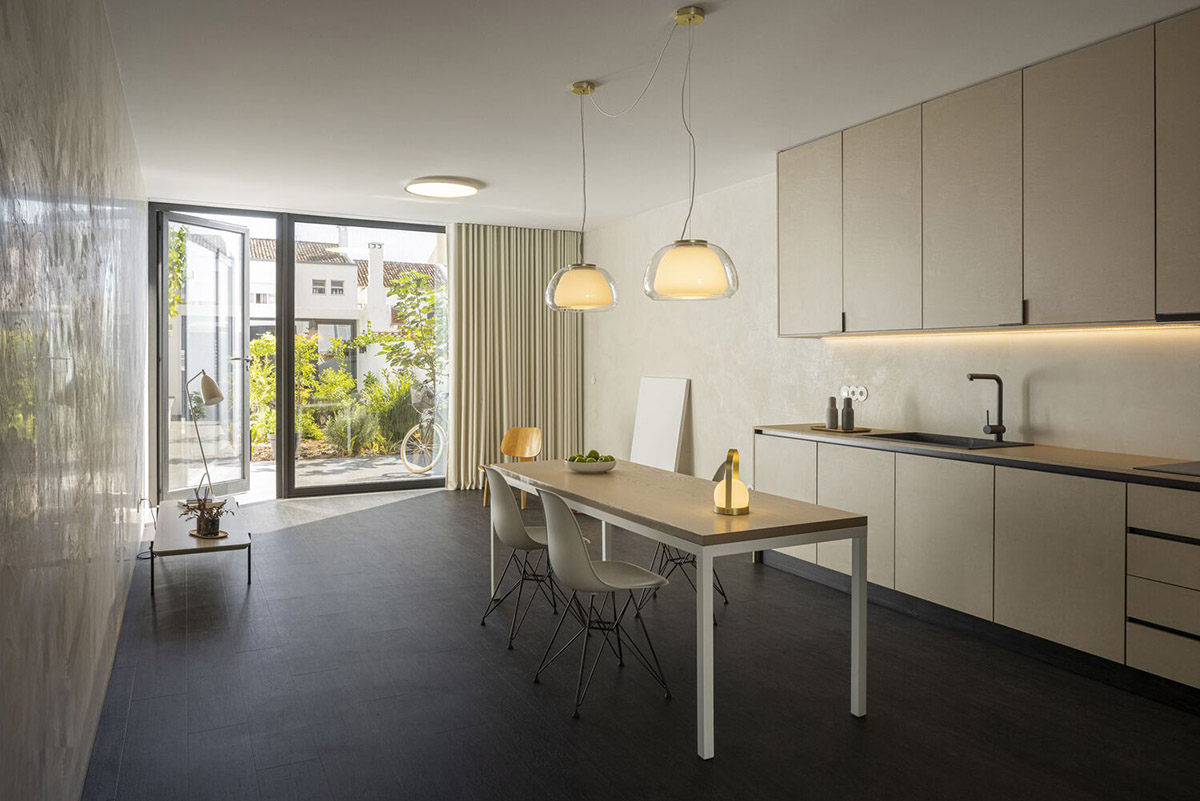 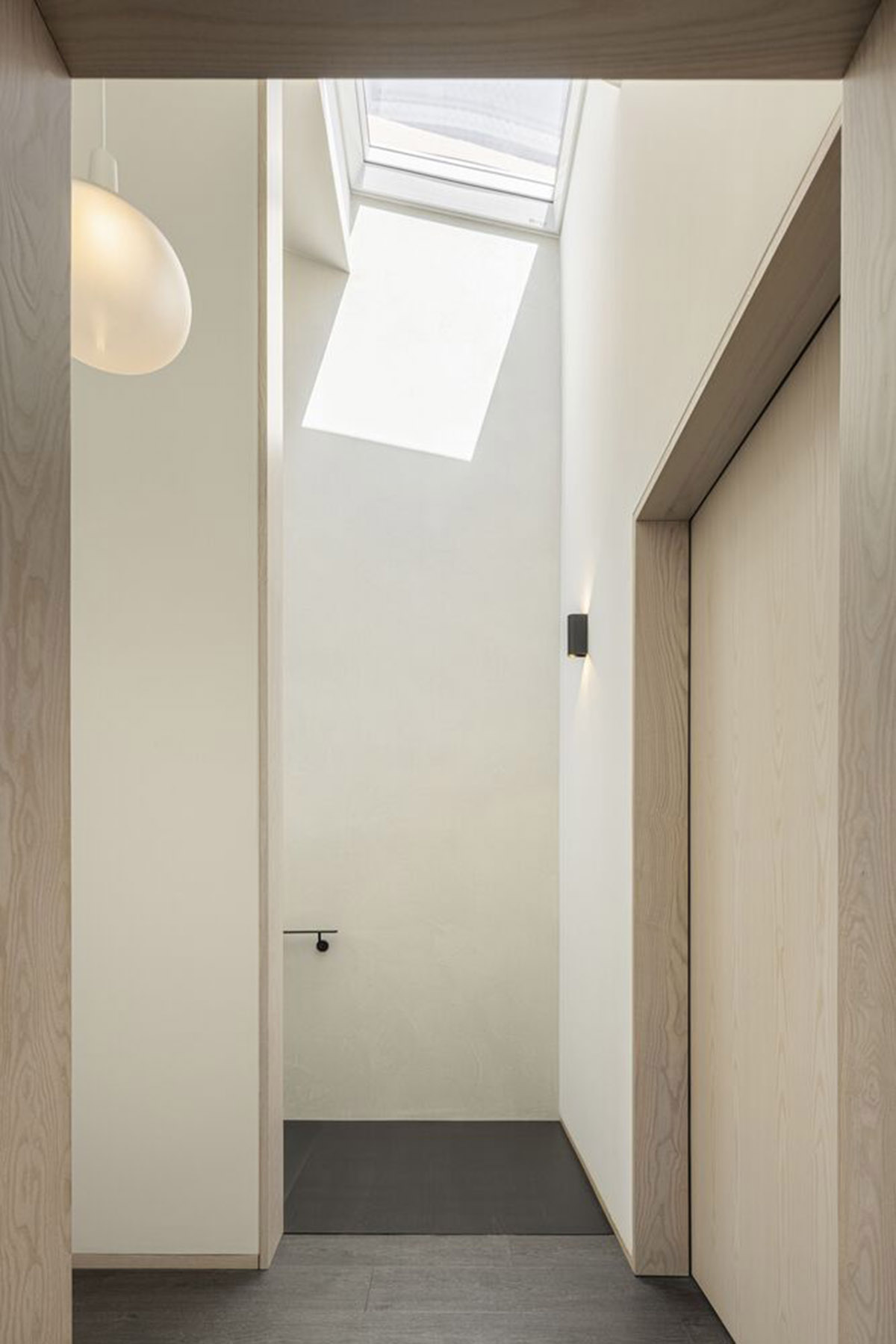 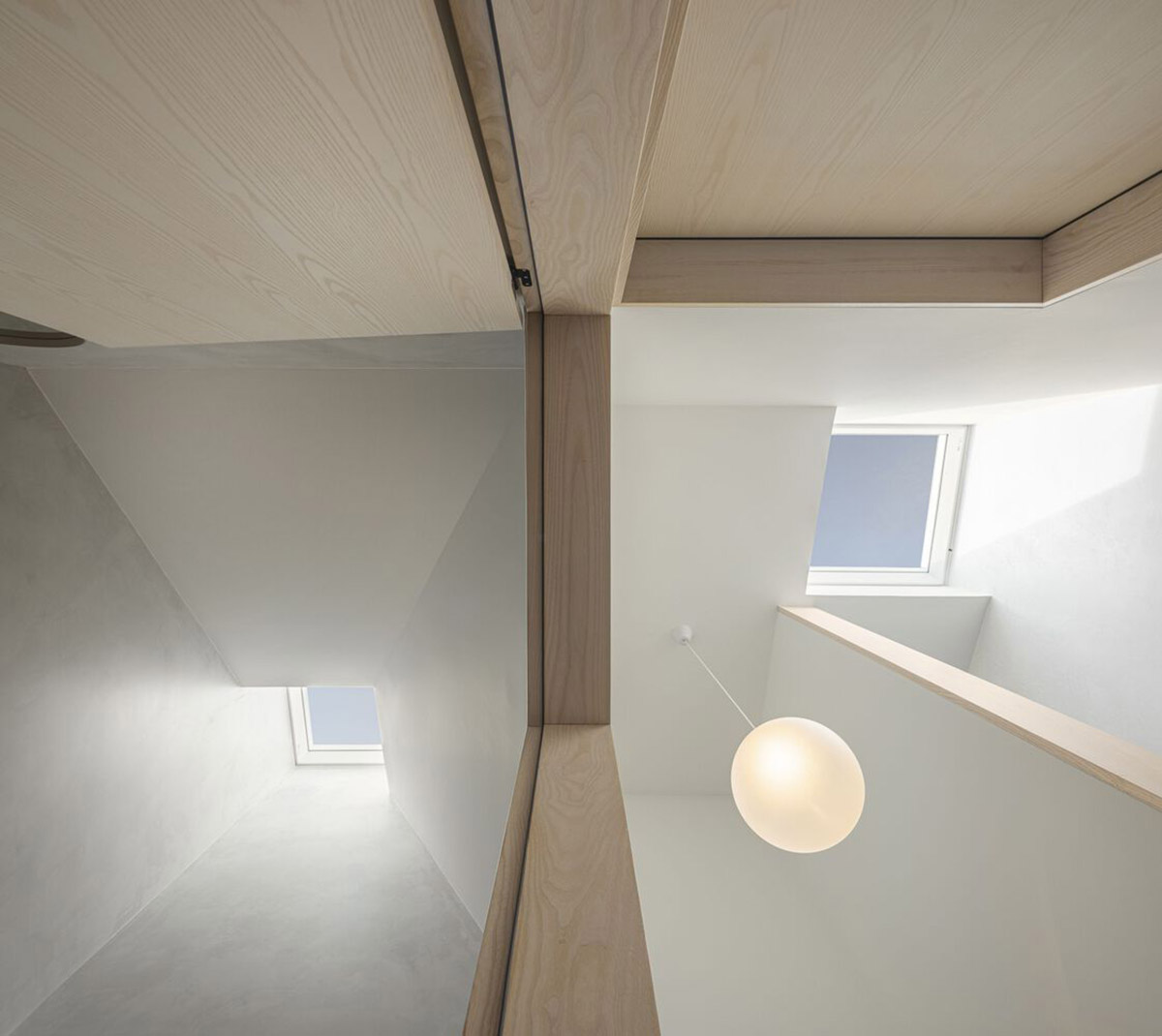 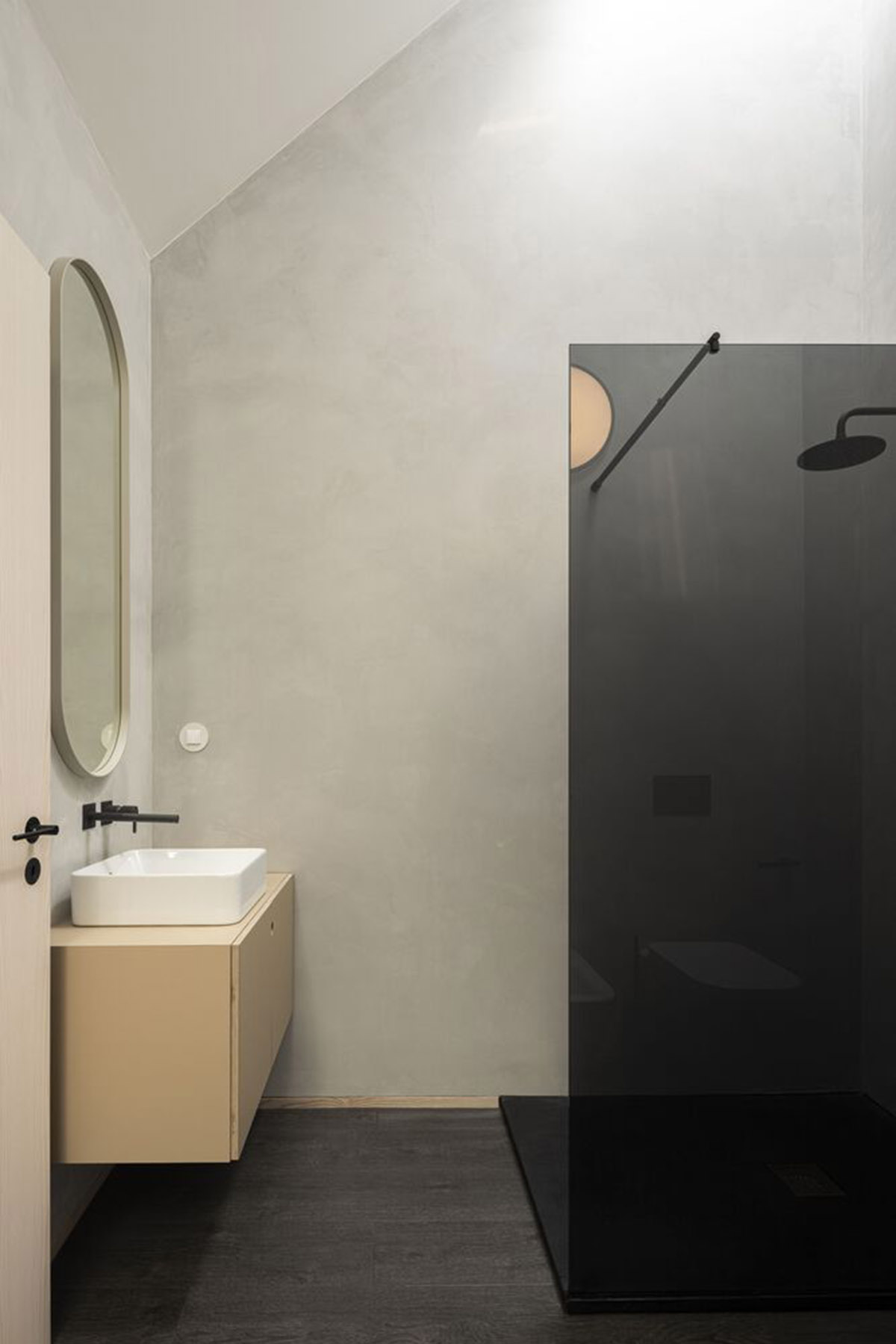 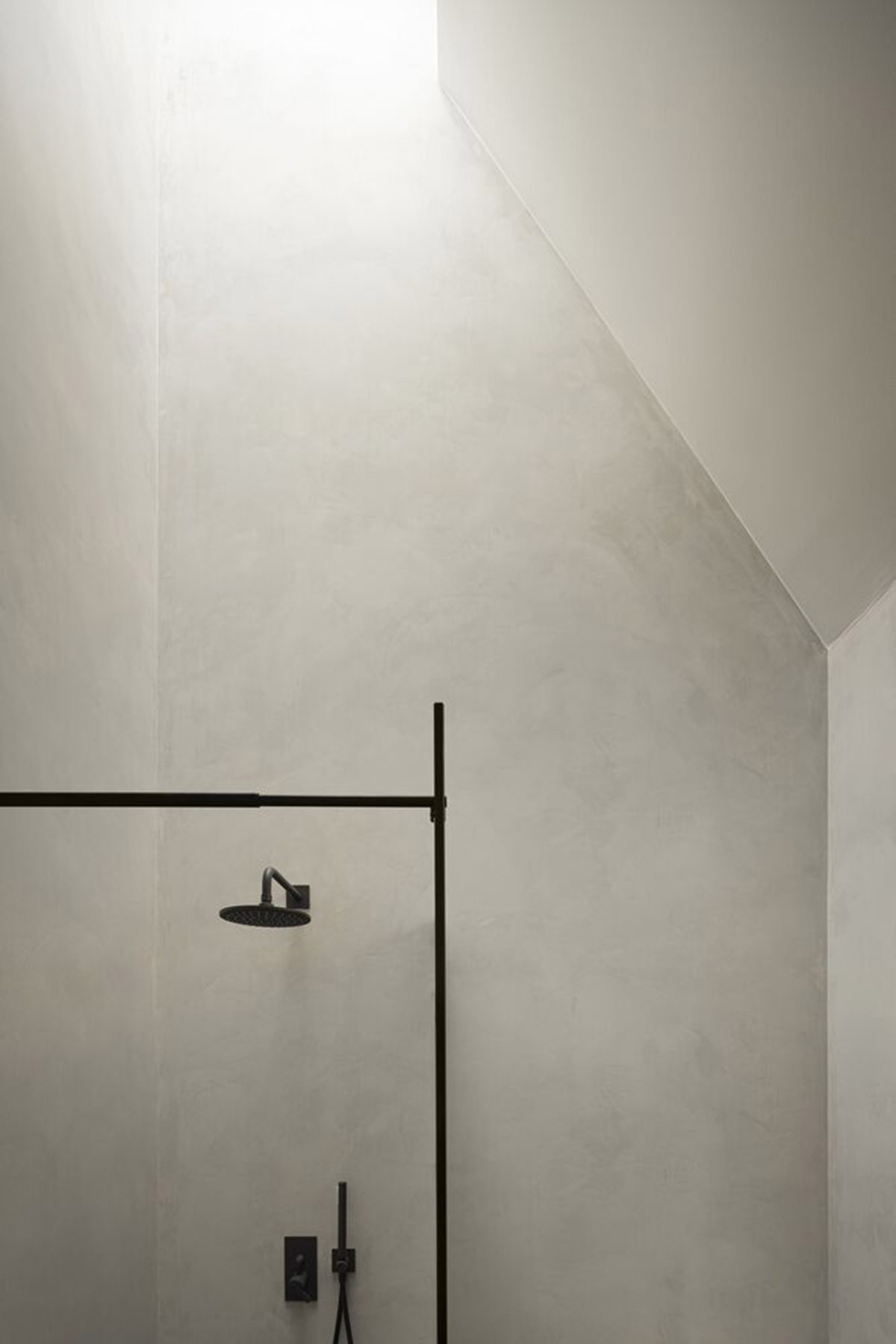 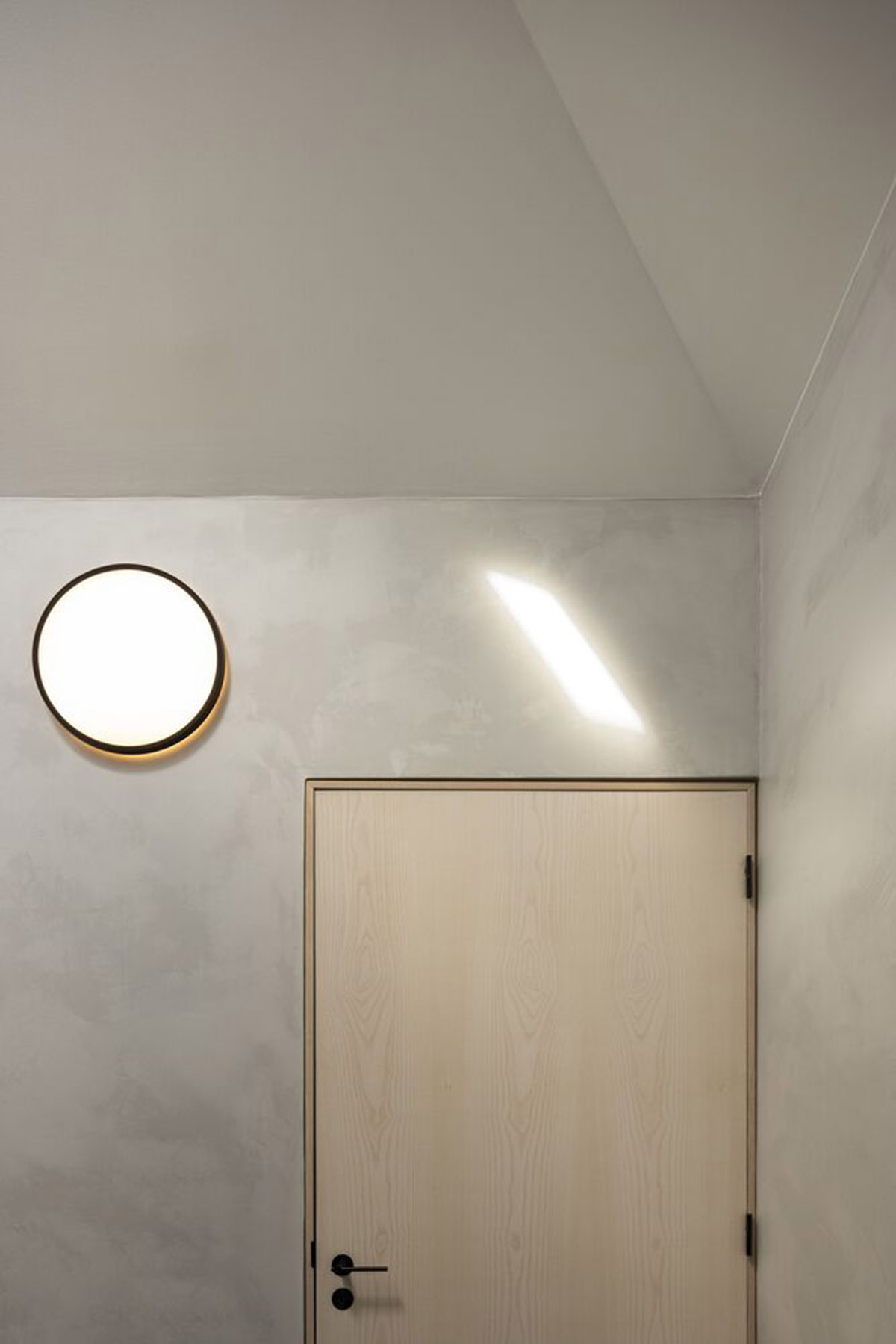 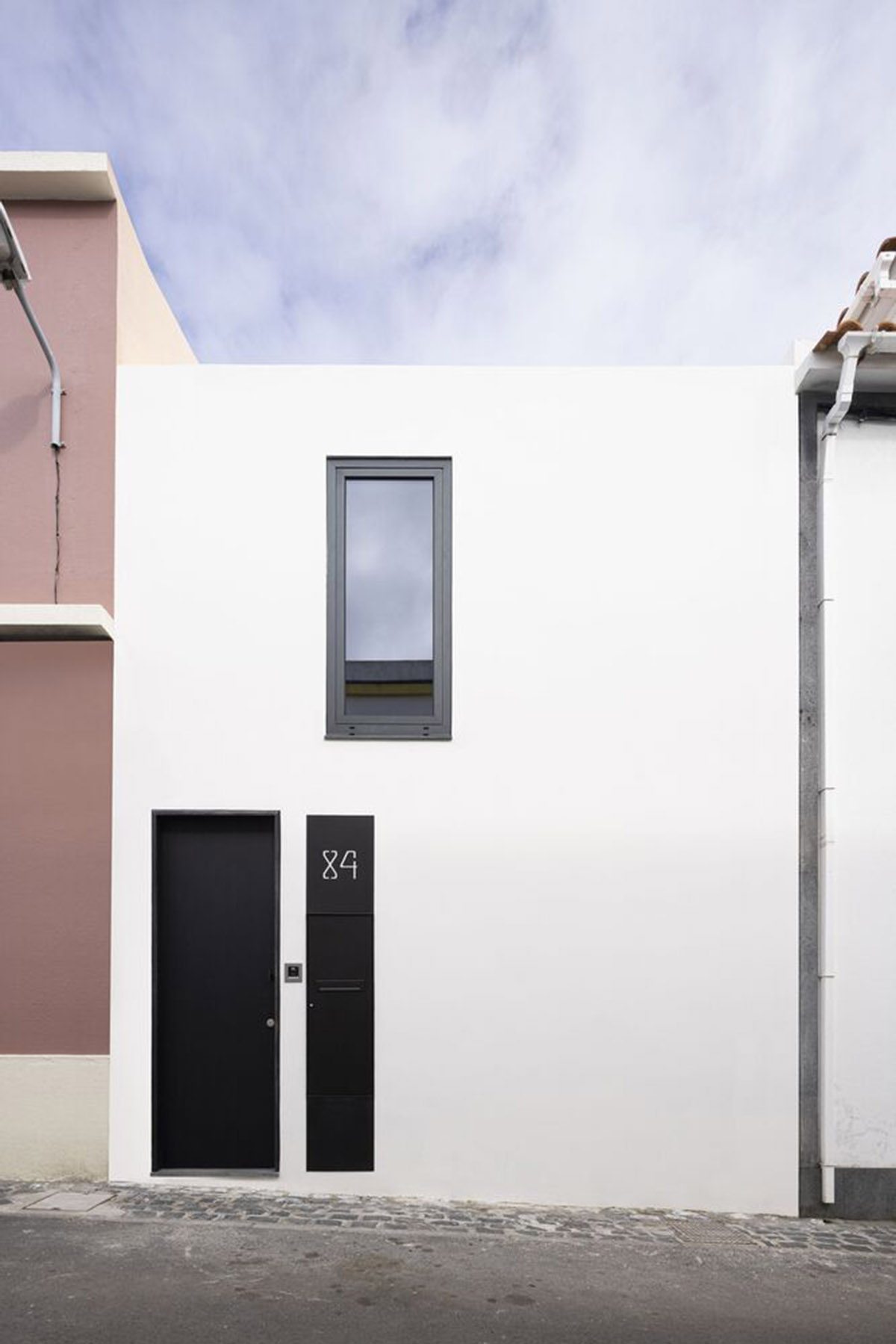 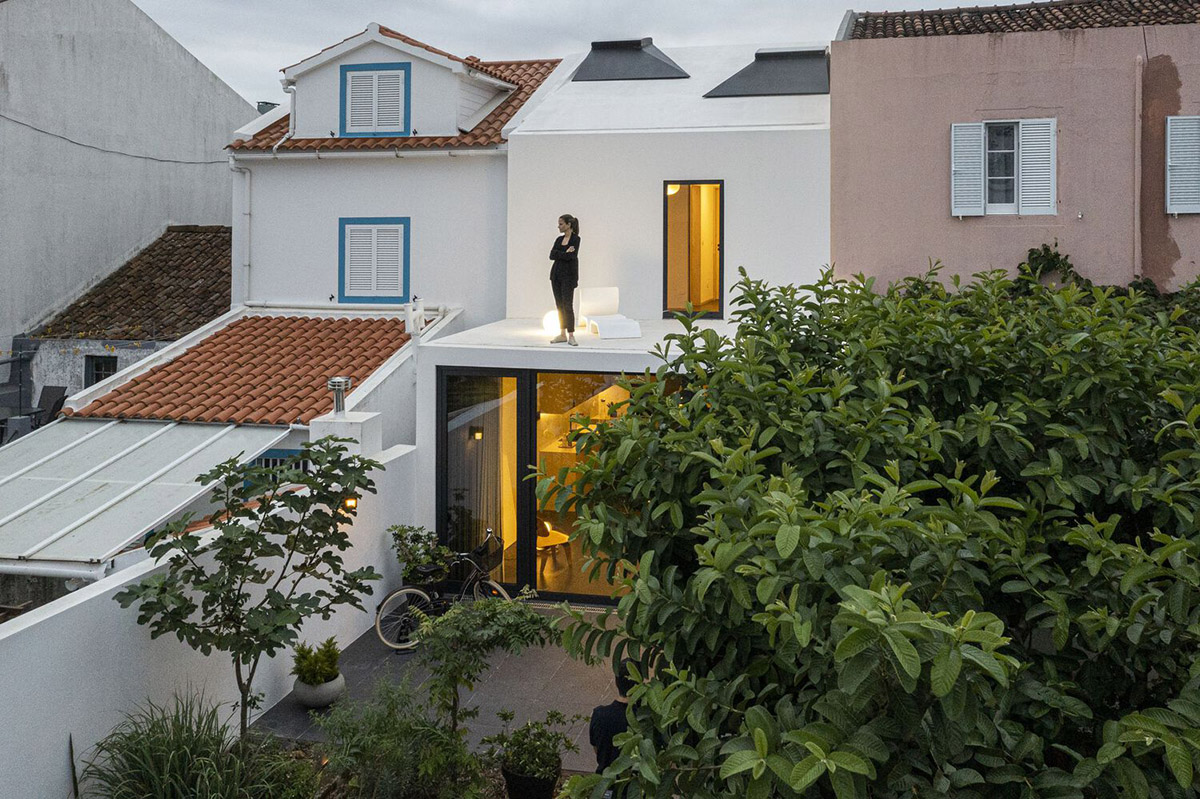 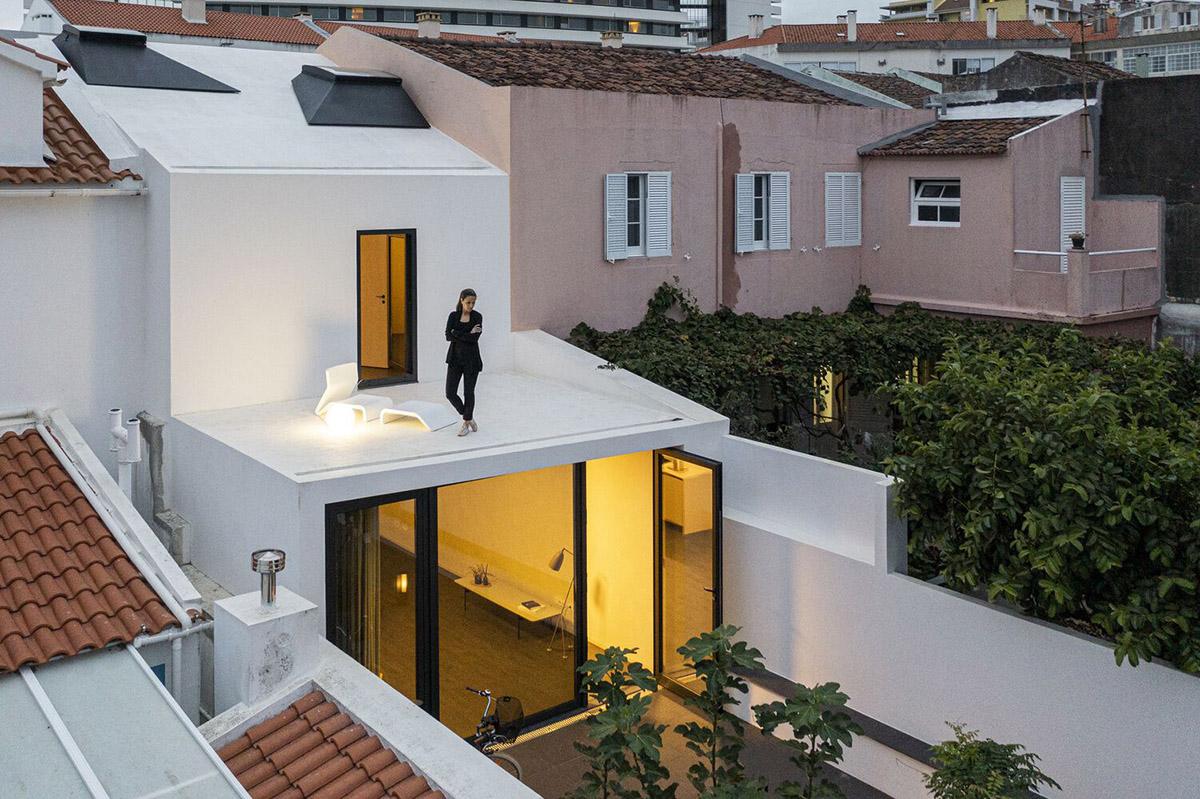 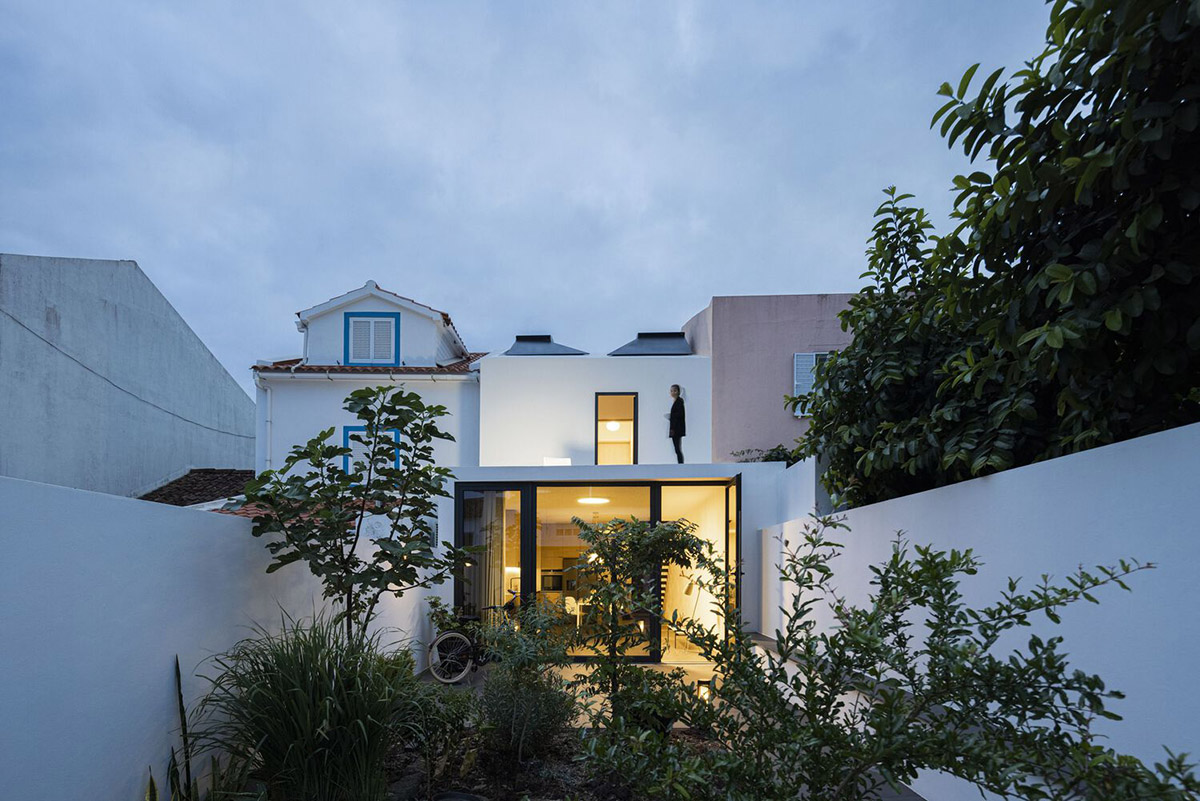 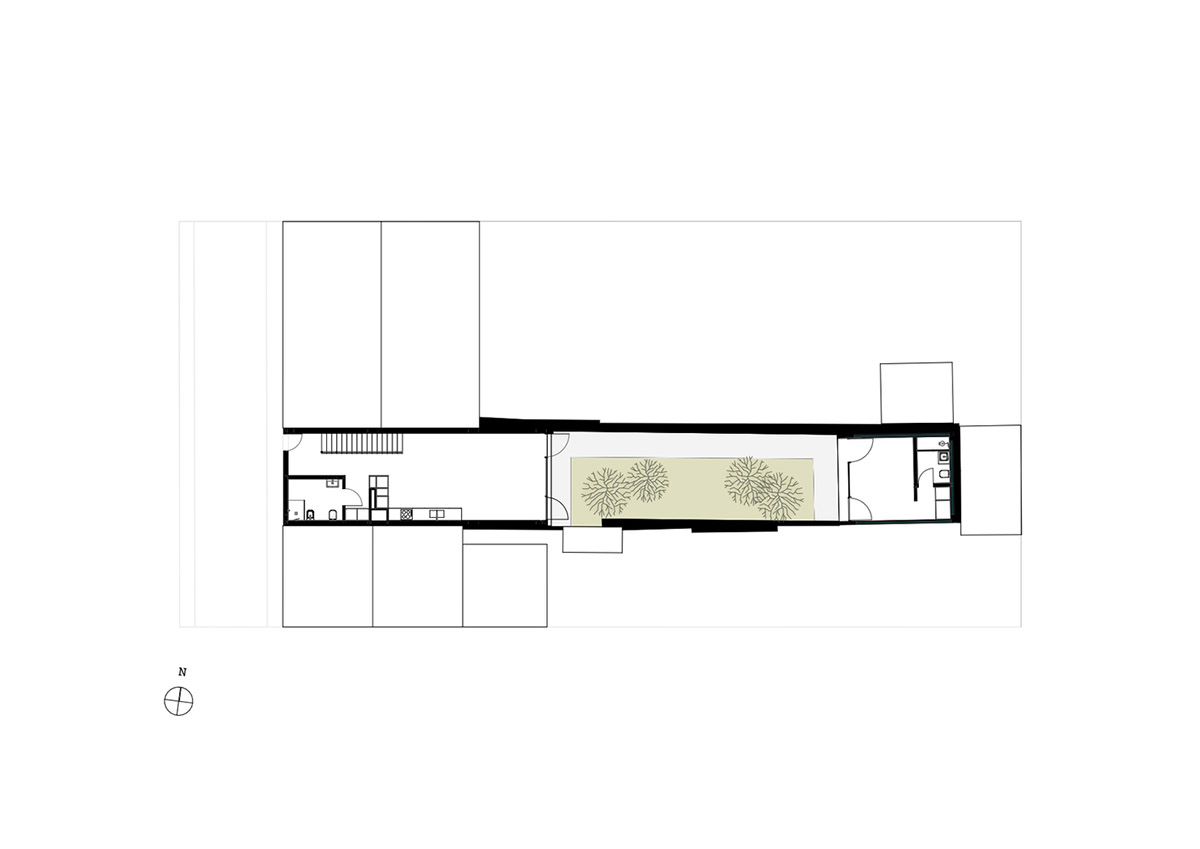 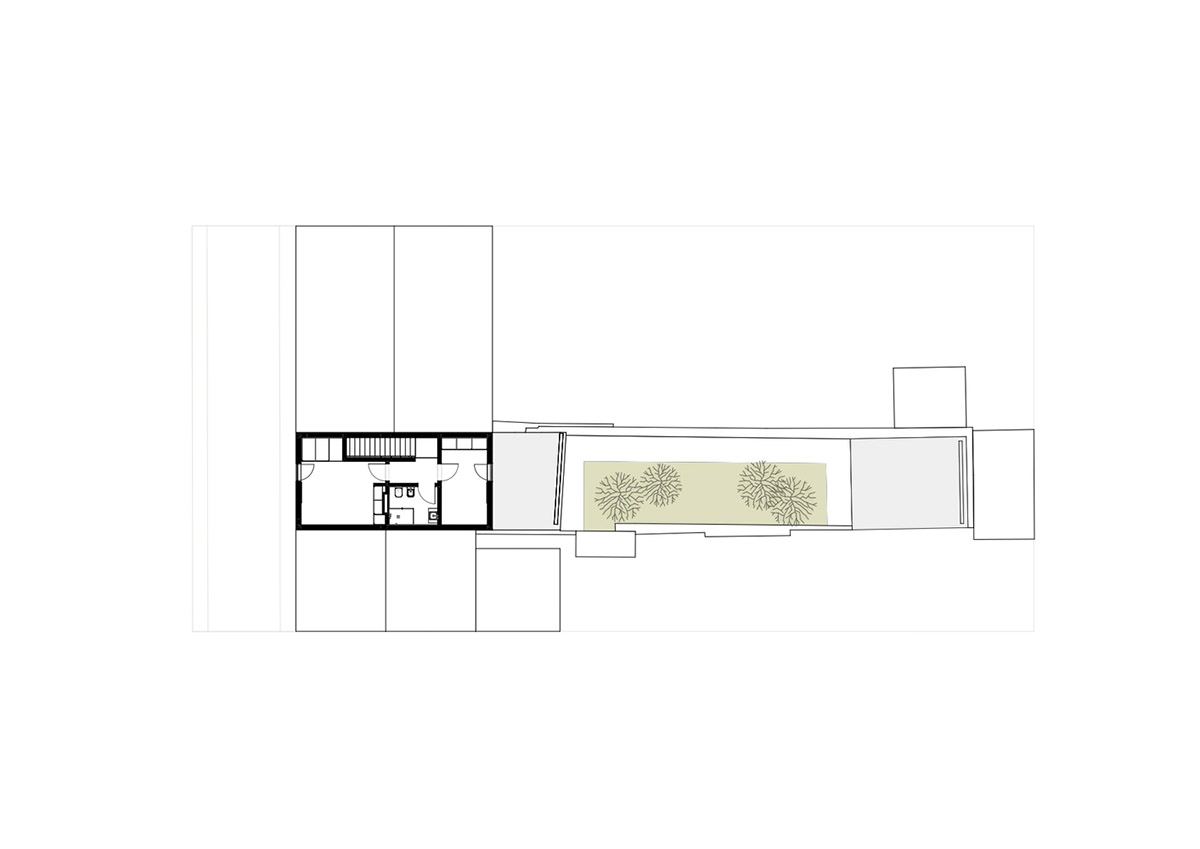 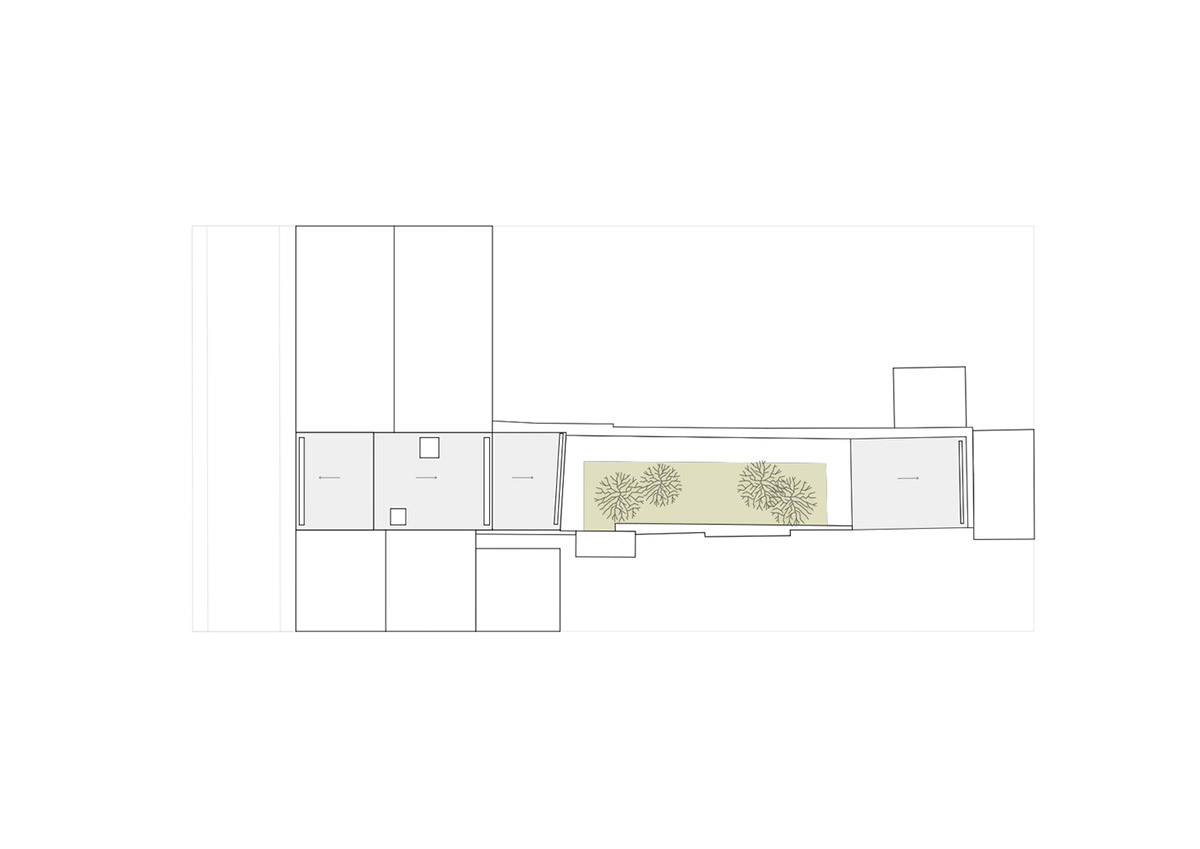