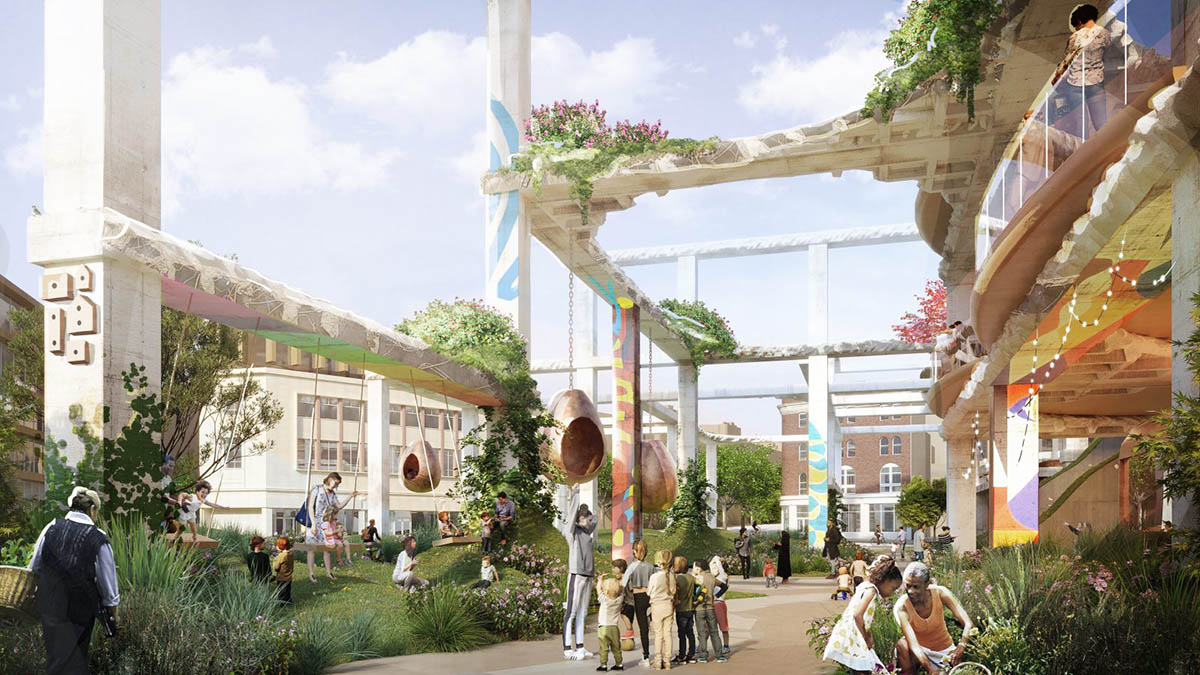 London-based practice Heatherwick Studio has used the ruins of a partly demolished shopping centre to bring a new vision into a new Nottingham development in the United Kingdom.

The proposal, led by Heatherwick Studio and Stories, will be a new mixed-use complex incorporating 750 new homes, public and leisure spaces, offices, conference spaces, event spaces and an acre of wildlife-rich green space.

The vision aims to revive the former site of the 1970s Broadmarsh shopping centre in Nottingham, United Kingdom and redesigning many of Nottingham’s lost street connections and rebuild them for the future of the city. The major design scheme intends the revival plans to reconnect the whole of the centre, referencing to both physically and with its history. 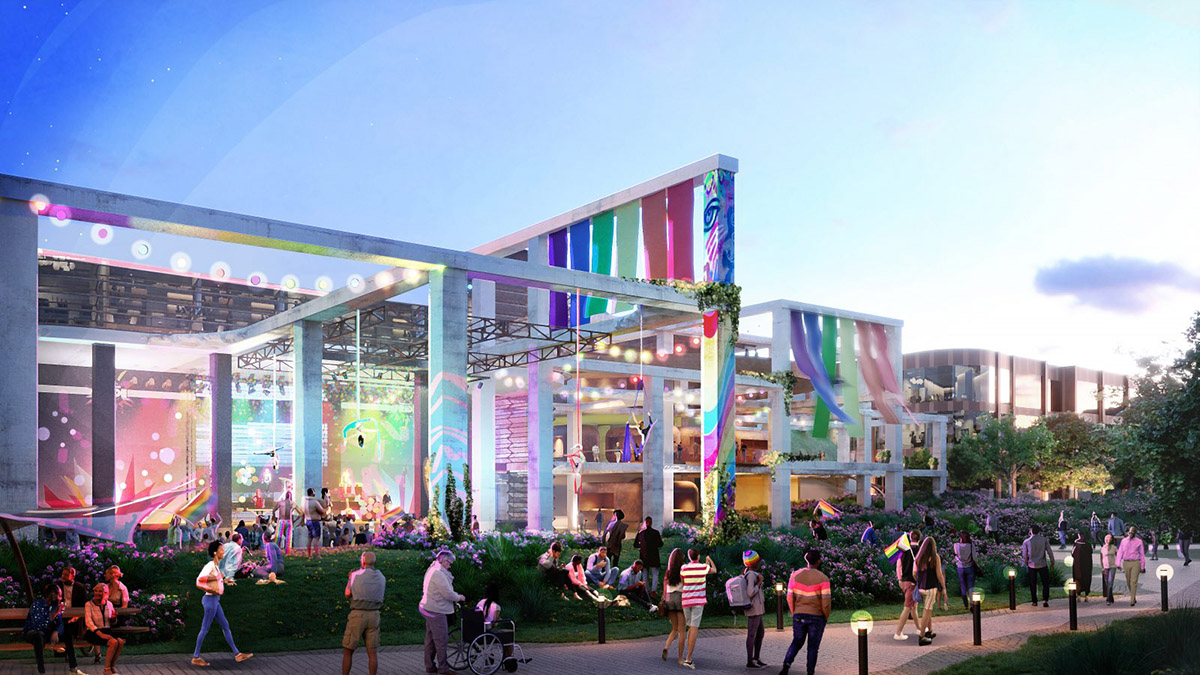 Half of the Broadmarsh centre was opened in 1975, however, the centre was abandoned amidst redevelopment of a 8-hectare (20-acre) site, when the owners Intu went into administration at the start of the Covid pandemic.

Ten months ago, when the site was brought back to the City Council for lease, a new public consultation process, called the Big Conversation, was launched, including the three parties - Nottingham City Council and the Greater Broad Marsh Advisory Group, Heatherwick Studio and Stories. 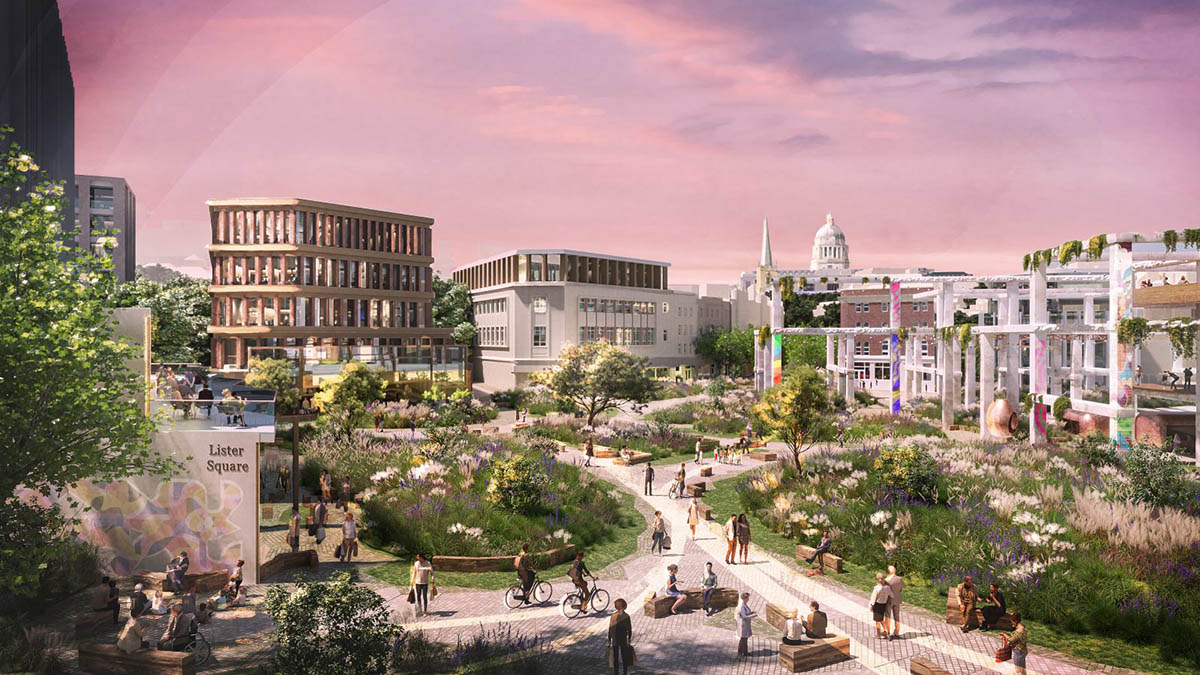 The design, focusing on reducing the waste and carbon emissions during new construction, will use the existing frame of the shopping centre to adapt to the city’s ambition to be the UK’s first carbon-neutral city by 2028.

The proposal incorporates 750 homes, providing 6,000 jobs to local people, office and conference spaces, retails spaces, a vast array of public, green and leisure spaces, the enhancement of the caves of Nottingham and establishment of old street patterns. 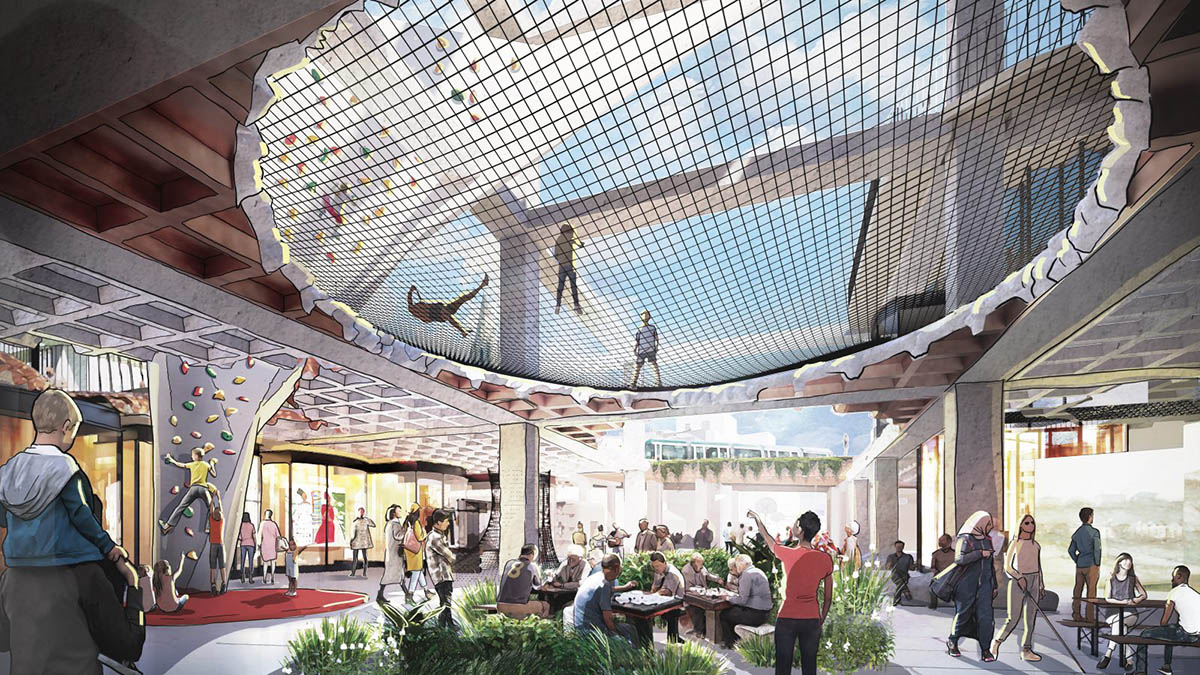 The new development also includes a substantial green space by creating a "green heart" at the centre of the vision.

"The challenge of what to do with the former Broadmarsh shopping centre has been a chance to think about the failure of our city centres," Thomas Heatherwick told The Guardian.

"They should be about bringing people together, not just about retail. Rather than demolish the structure, we are proposing to keep the frame and breathe new life into it, creating a place that can hold the diversity and vibrancy that is so lacking from many city centres."

"The aim is to bridge between generations, communities, and cultures so that the new Broad Marsh [the historic name for the area] can reflect the true diversity of the city." 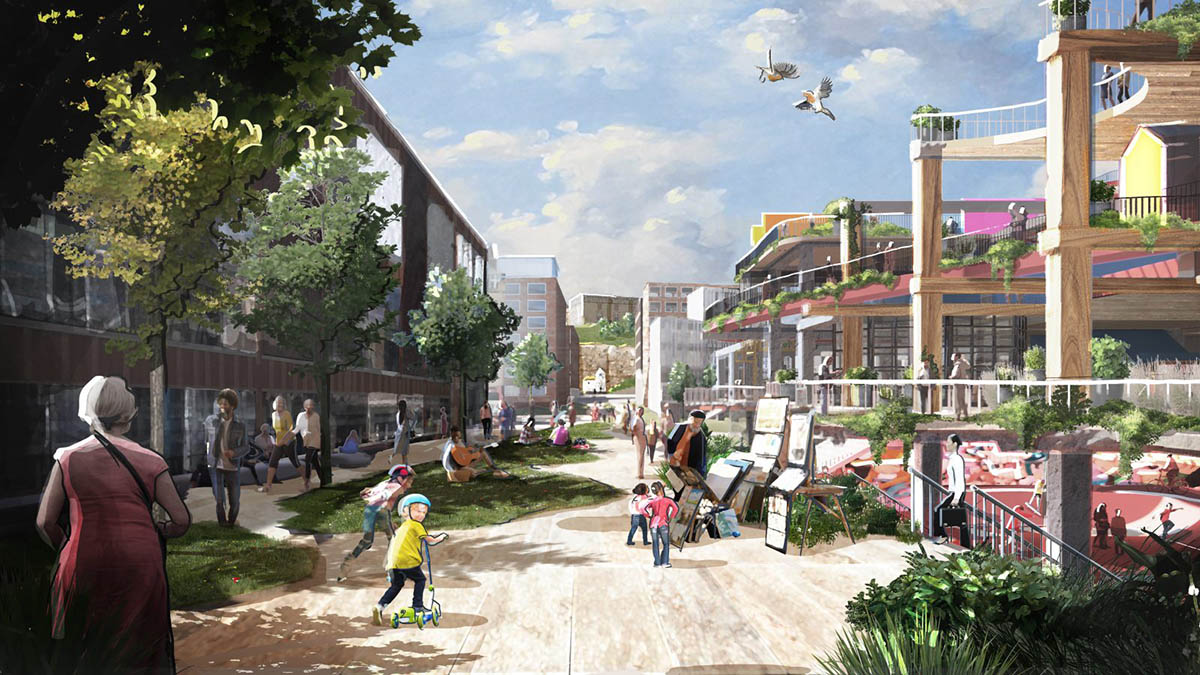 This wildlife-rich green space will be distributed to the whole site and intertwined in and out of the frame, aiming to create a beautiful, tranquil core to the city. The green areas will be placed within 3.5 hectare of common ground.

Within the scope of renovation of the city’s cave network and the creation of a new entrance, the plans will transform the existing Severns House into an art hotel above the caves and 37,000-square-metre of office and conference space. This will allow tourists "to sleep right above the caves and forming part of a new heritage and culture trail through the city centre." David Mellen, leader of Nottingham City Council, said that they will work on the detailed masterplan to test the applicability of vision and to secure the investment needed from public and private sector partners. 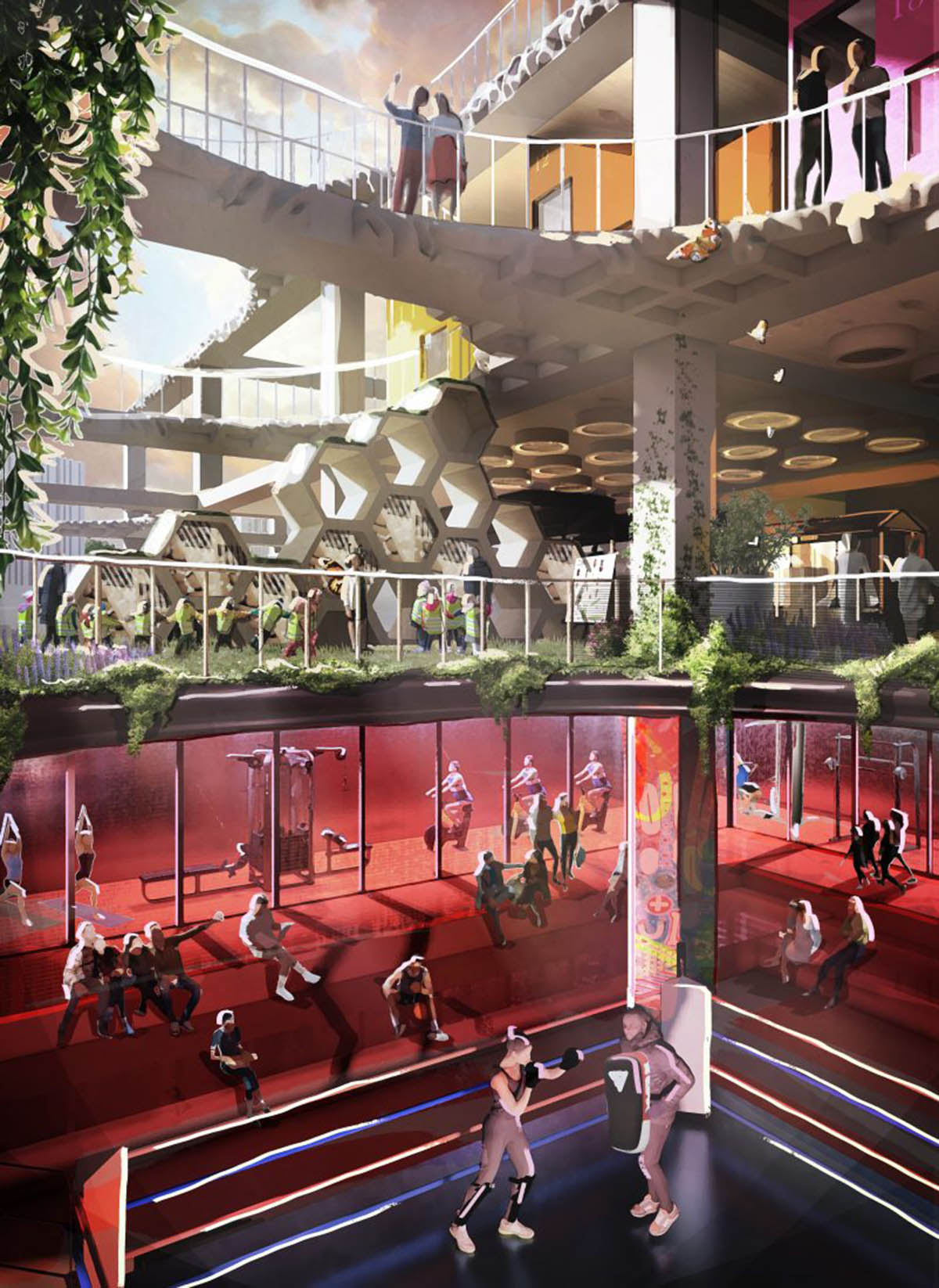 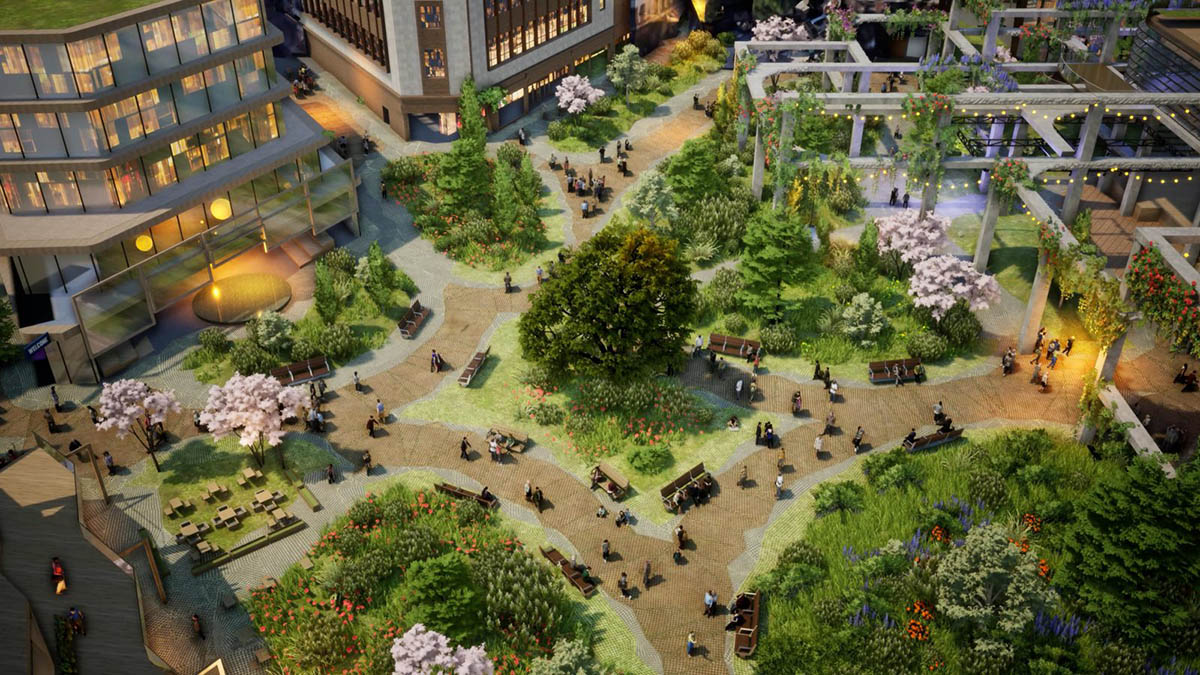 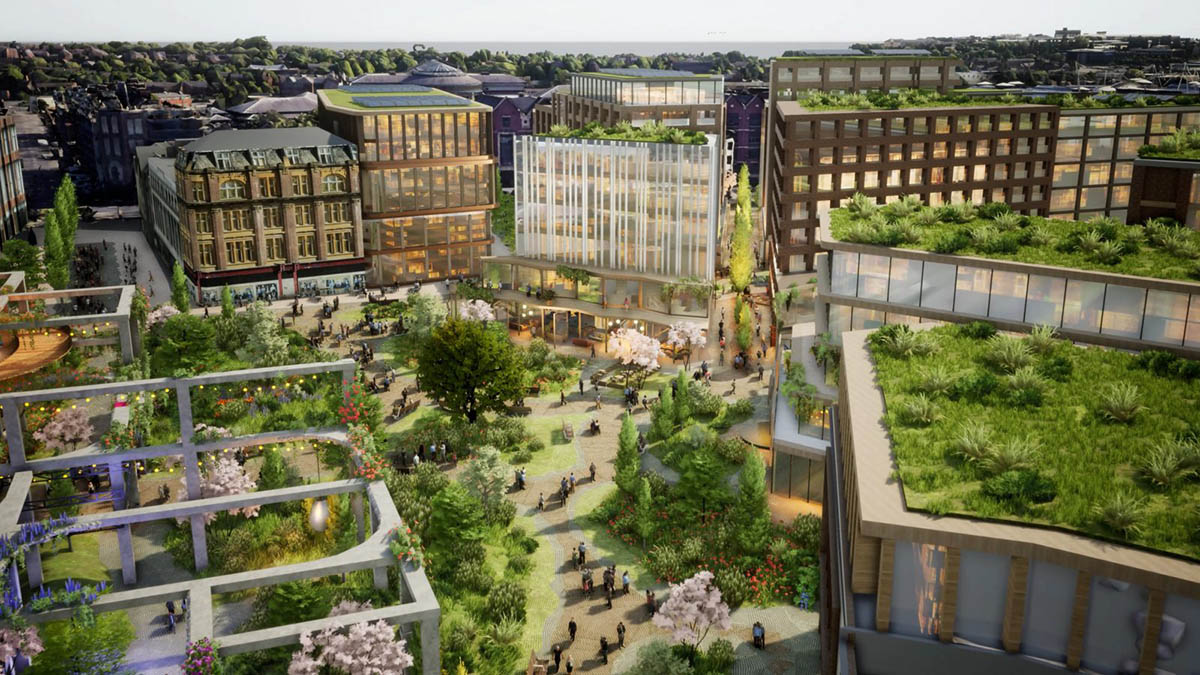 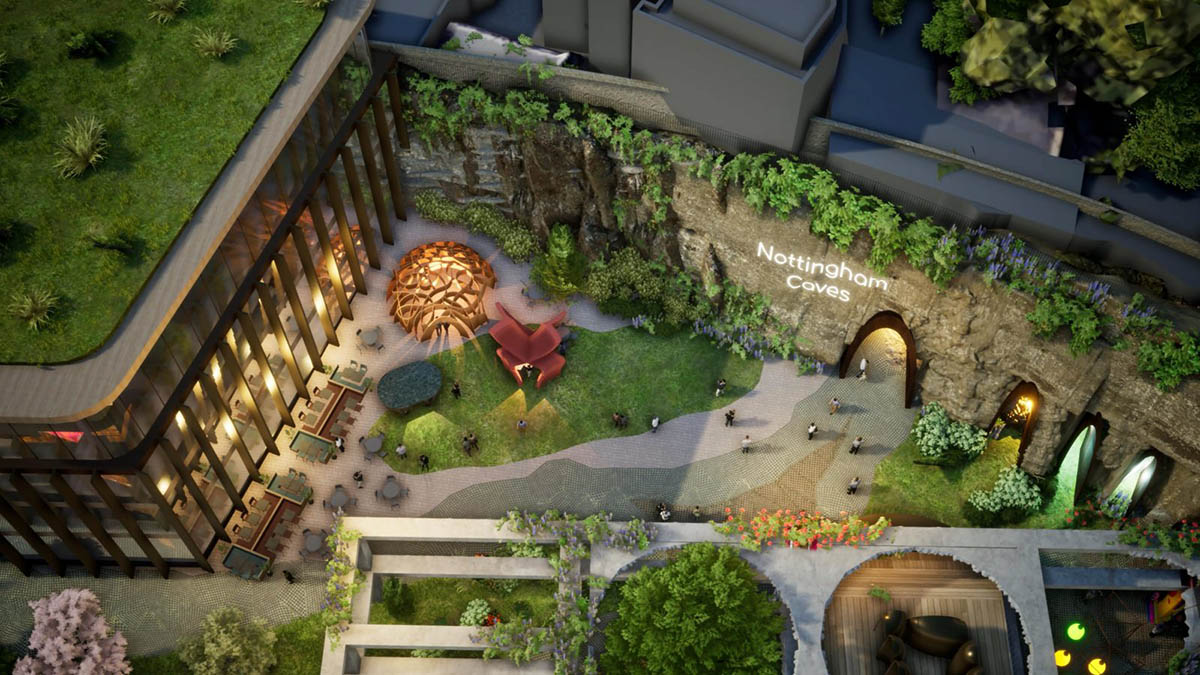 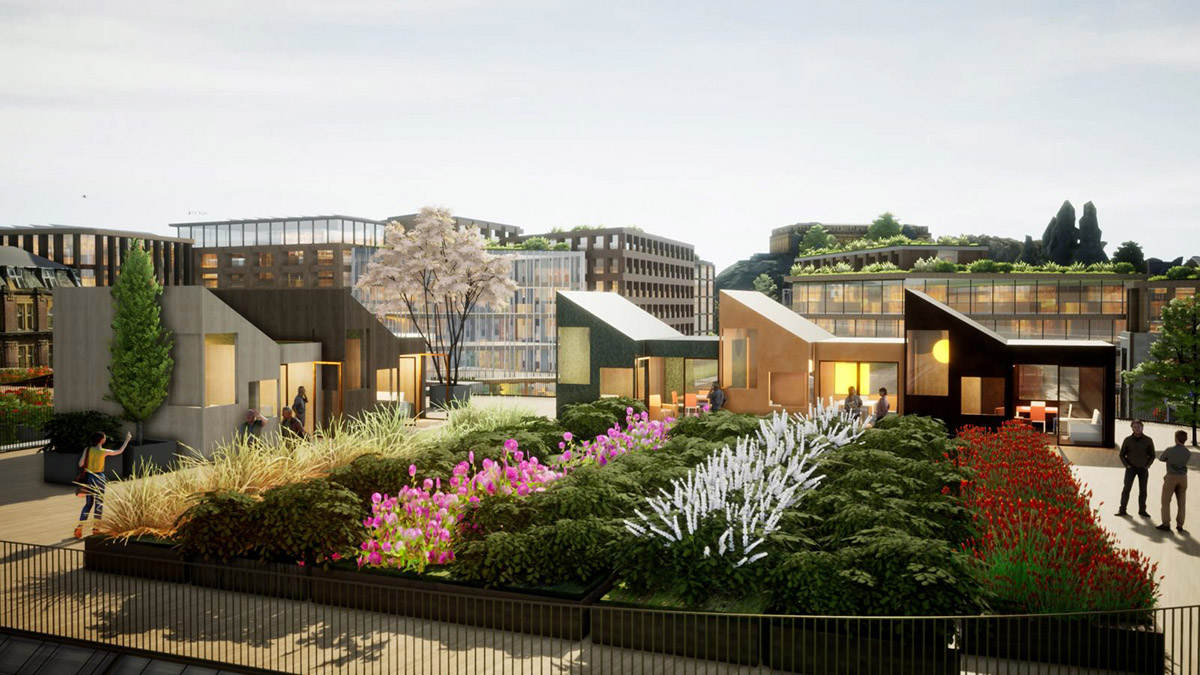 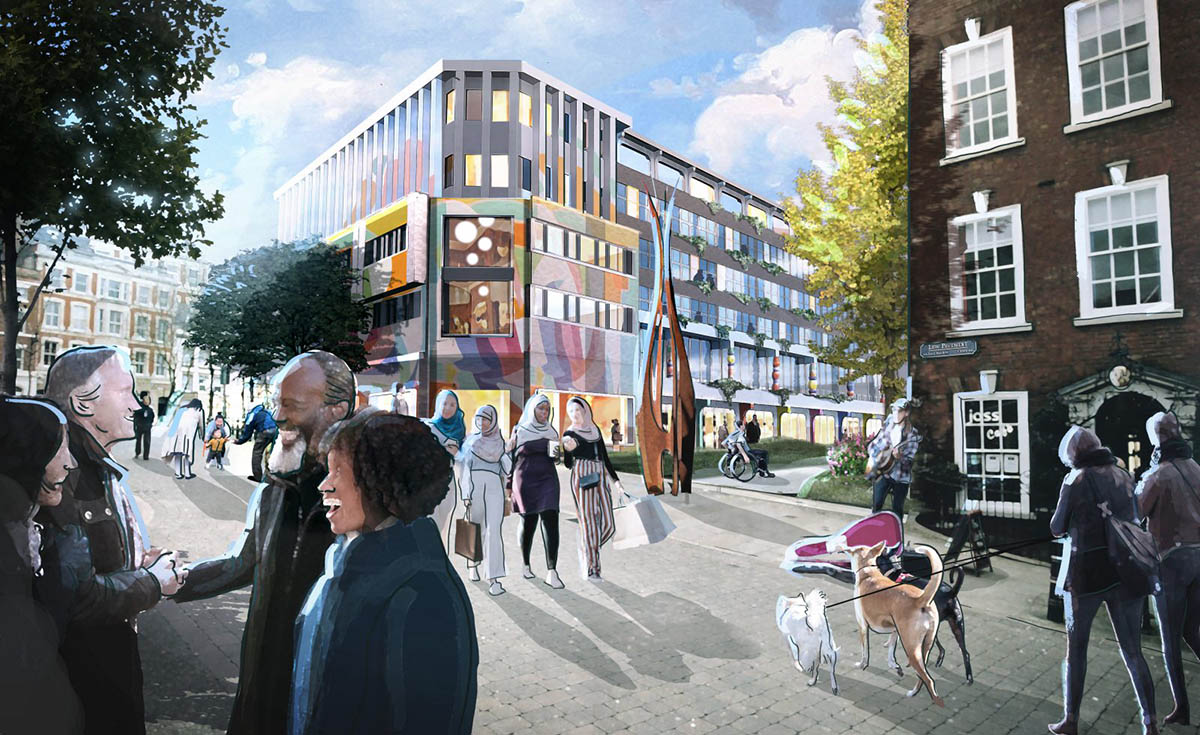 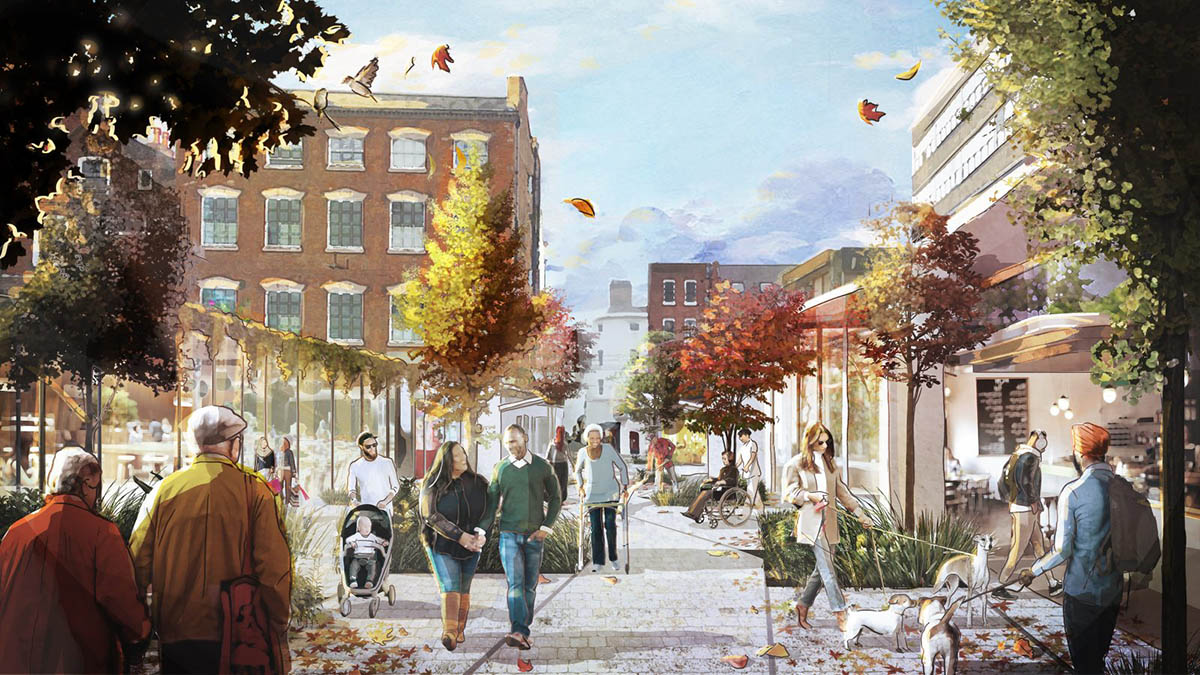 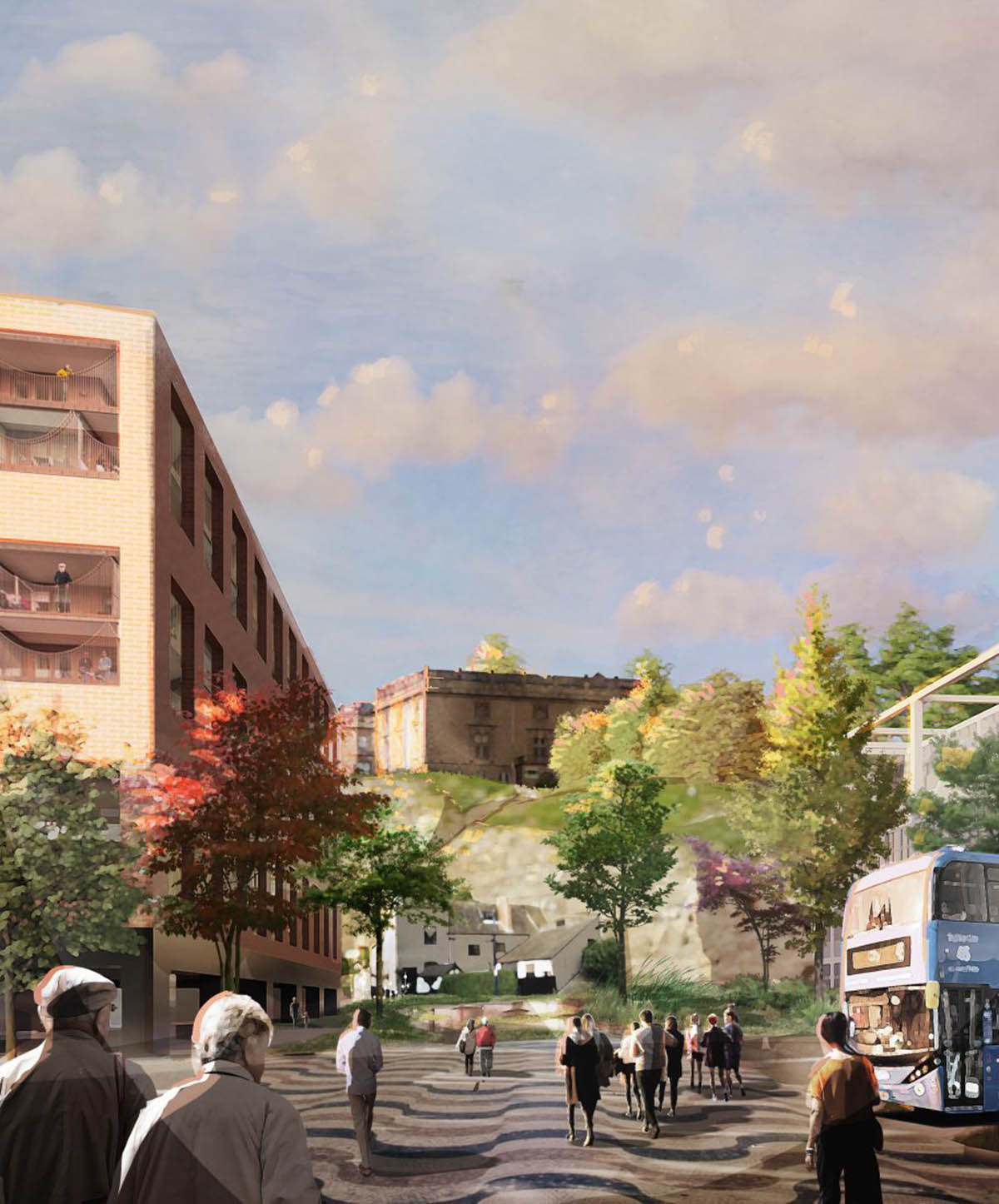 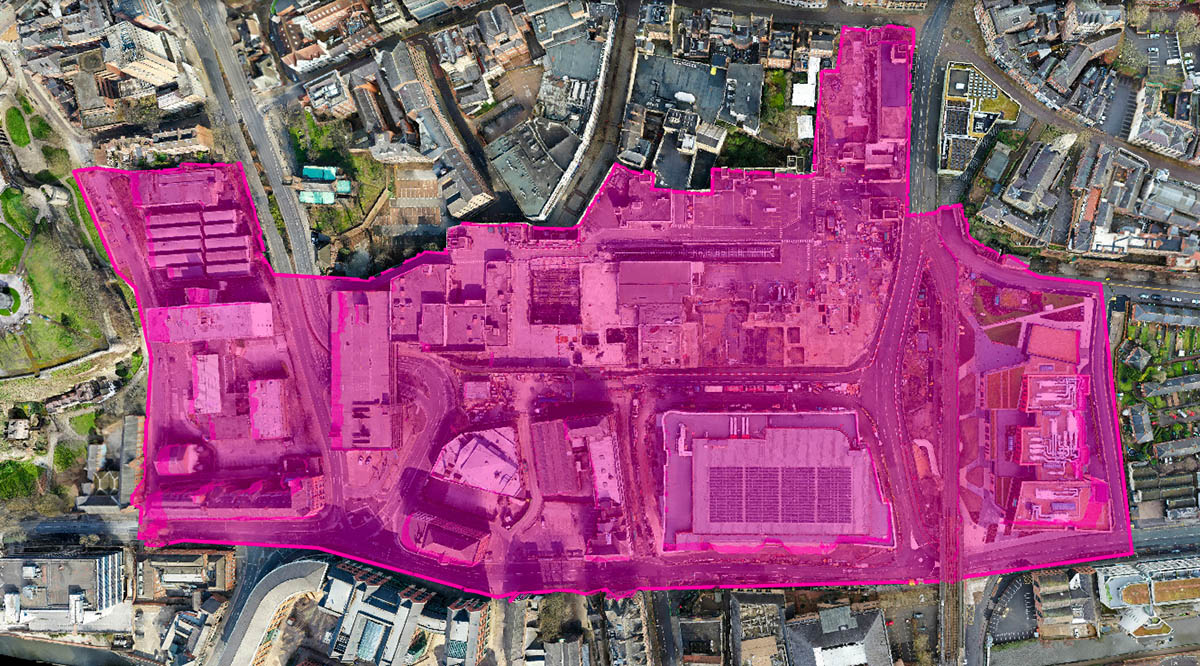 Heatherwick Studio's 1000 Trees in Shanghai nears completion. The firm's floating Little Island on the Hudson River opened to the public. A key renovation project of Heatherwick Studio is Coal Drops Yard in London, which was completed in 2018.

All images courtesy of Heatherwick Studio and Stories unless otherwise stated.

> via The Big Conversation