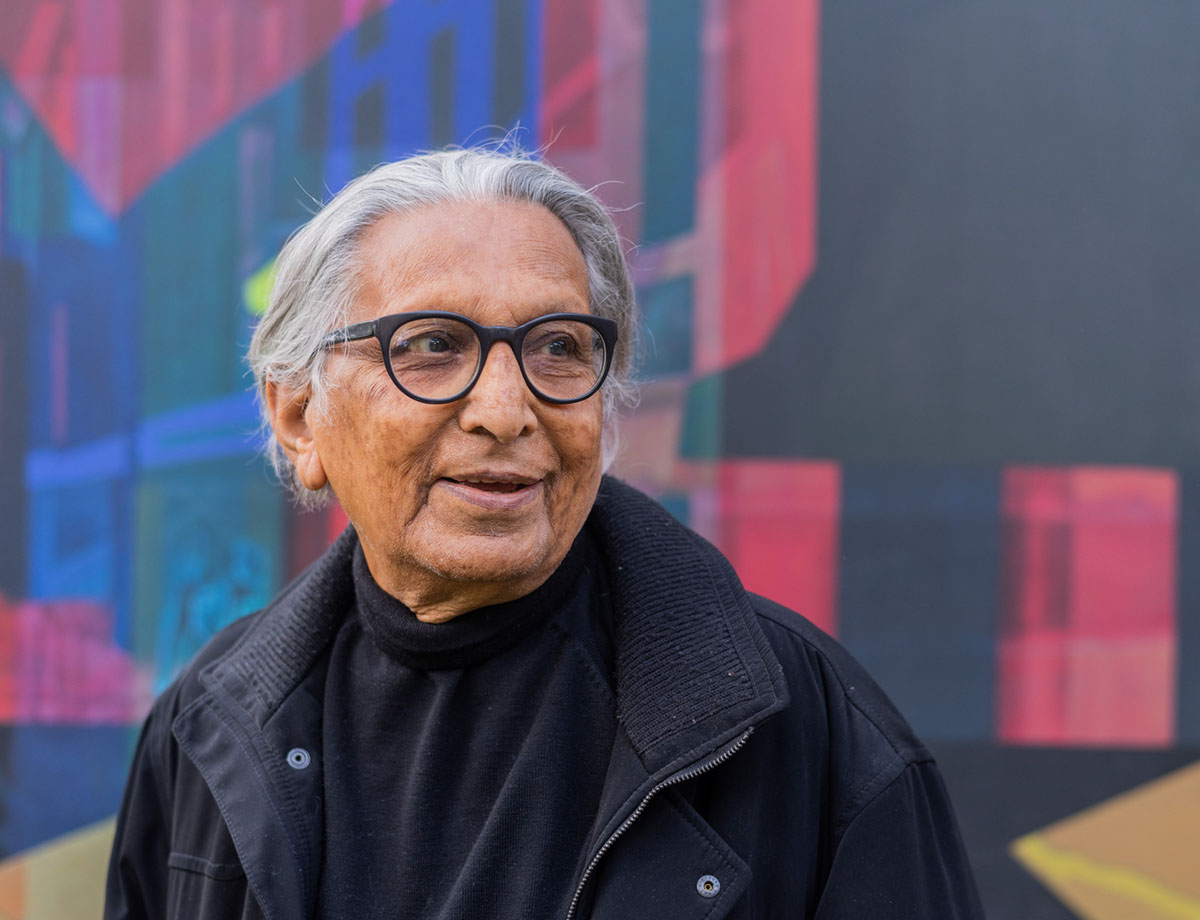 Acclaimed Indian architect Balkrishna Doshi has been awarded the Royal Gold Medal 2022, the UK’s highest honour for architecture given by the Royal Institute of British Architects (RIBA).

Awarded annually, the Royal Gold Medal is approved personally by The Queen and is given to a person or group of people who have had a significant influence "either directly or indirectly on the advancement of architecture".

Doshi, having a 70 year career and over 100 built projects, was selected due to "his influence in the direction of architecture in India and its adjacent regions through both his practice and his teaching." 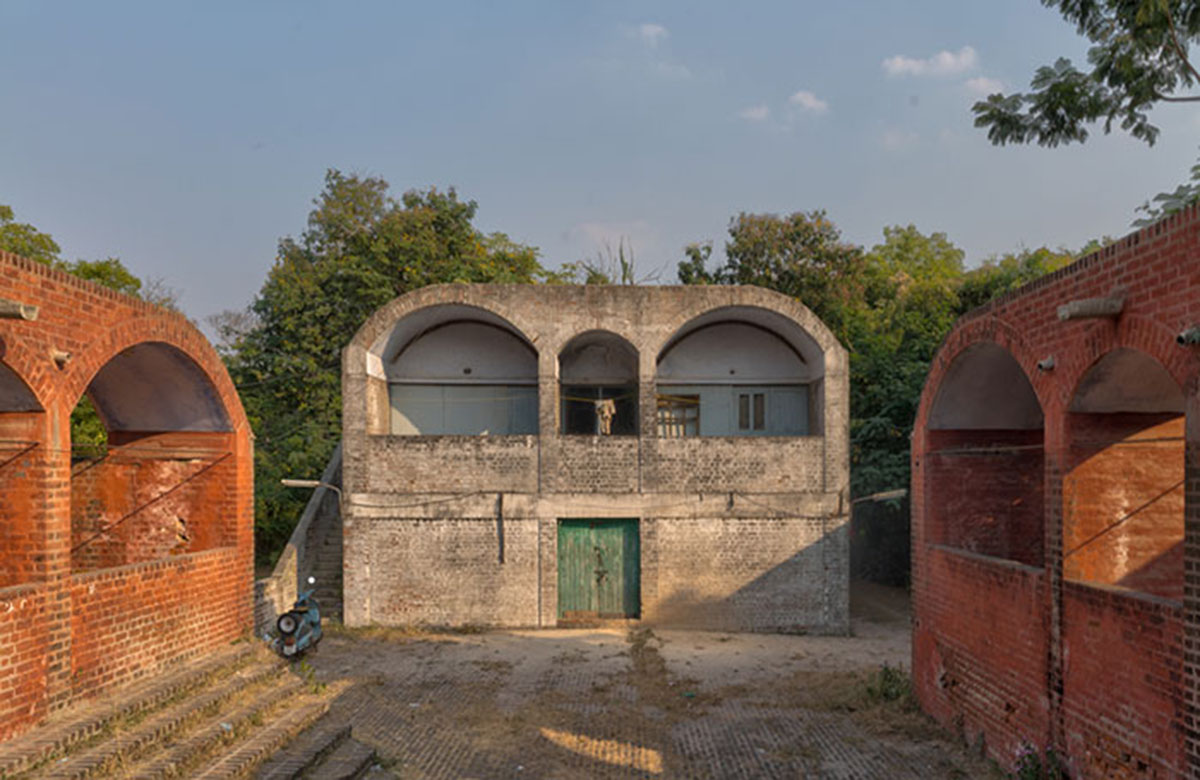 "I am pleasantly surprised and deeply humbled to receive the Royal Gold Medal from the Queen of England. What a great honour!," said Balkrishna Doshi.

"The news of this award brought back memories of my time working with Le Corbusier in 1953 when he had just received the news of getting the Royal Gold Medal."

"I vividly recollect his excitement to receive this honour from Her Majesty. He said to me metaphorically, ‘I wonder how big and heavy this medal will be."

"Today, six decades later I feel truly overwhelmed to be bestowed with the same award as my guru, Le Corbusier - honouring my six decades of practice. I would like to express my heartfelt gratitude to my wife, my daughters and most importantly my team and collaborators at Sangath my studio," Doshi added.

Having a career spanning over six decades, Balkrishna Doshi has had a big influence in shaping the local architecture throughout India, which combined the local values and modernism in respect to the culture, context, craft ve vernacular. 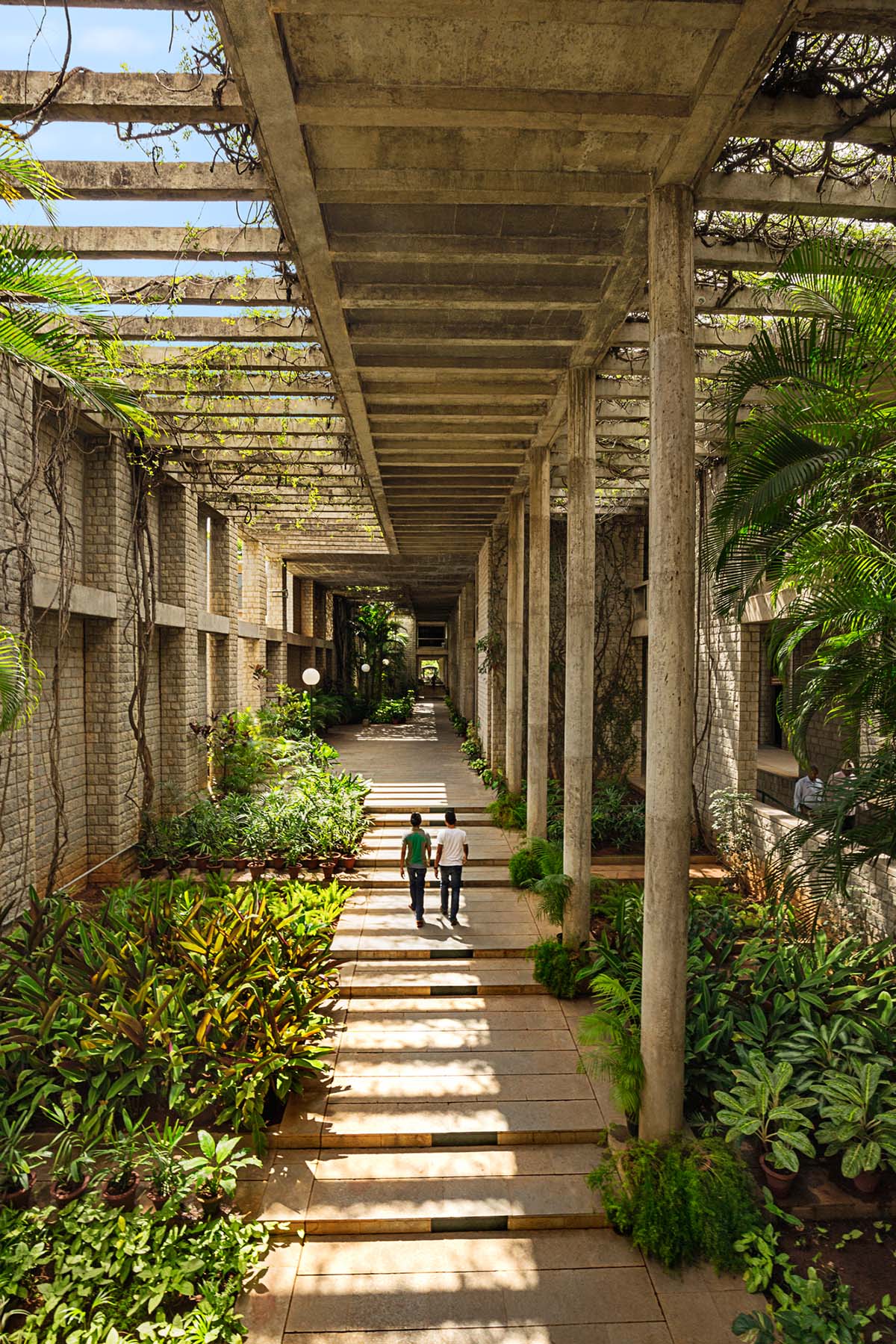 The architect, awarded the 2018 Pritzker Architecture Prize, is the first Indian architect winning this prestigious prize. Doshi's project portfolio includes a vast array of projects, ranging from administrative and cultural facilities, housing developments to residential buildings. He worked with both master architects Le Corbusier and Louis Kahn in 1950s.

The well-known Indian Institute of Management in Bangalore (1977, 1992), the Life Insurance Corporation Housing Ahmedabad, India, in 1973, the Aranya social housing estate in 1989 and the Ahmedabad School of Architecture he founded in 1966 (renamed CEPT University in 2002), the underground art space that Doshi created with M.F. Husain: Amdavad Ni Gufa, Ahmedabad in 1994 are among his key projects.

Doshi founded his architectural studio, called Sangath in 1980, his famous project is low-cost housing project Aranya Low Cost Housing Estate in 1989, which won the Aga Khan Award for Architecture in 1995. 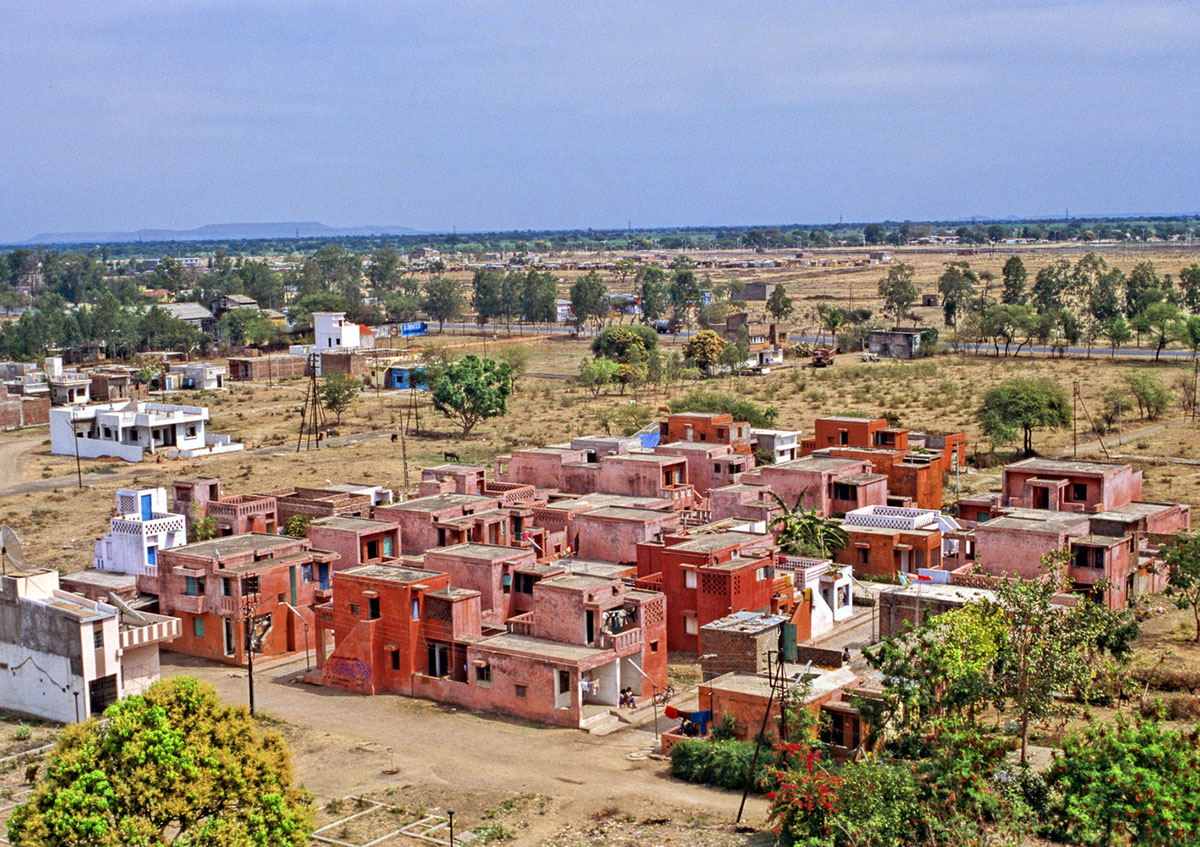 Doshi's buildings combine pioneering modernism with vernacular, informed by a deep appreciation of the traditions of India’s architecture, climate, local culture and craft.

Balkrishna Doshi, 94, born in Pune, India, to an extended family of furniture makers, studied at the J J School of Architecture, Bombay, before working for four years with Le Corbusier as Senior Designer (1951-54) in Paris and four more years in India to supervise projects in Ahmedabad.

He worked with Louis Kahn as an associate to build the Indian Institute of Management, Ahmedabad, and they continued to collaborate for over a decade. He founded his own practice, Vastushilpa in 1956 with two architects. Today Vastushilpa is a multi-disciplinary practice with ﬁve partners spanning three generations and has sixty employees.

The practice invites dialogue and its philosophy of pro-active participation even applies to their office space – which has an open door, inviting passers-by to drop in. 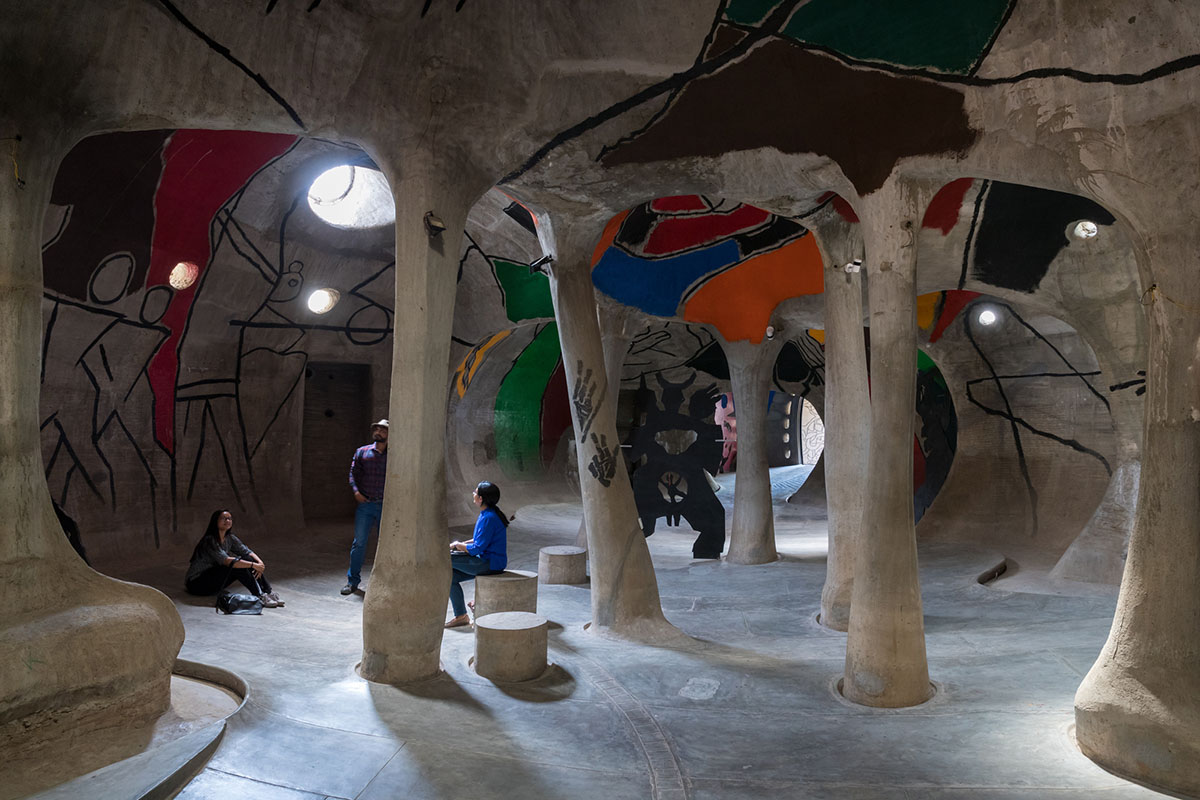 "It was an honour and a pleasure to chair the committee in selecting Balkrishna Doshi as the 2022 Royal Gold Medallist. At ninety-four years old he has influenced generations of architects through his delightfully purposeful architecture," said RIBA President Simon Allford.

"Influenced by his time spent in the office of Le Corbusier his work nevertheless is that of an original and independent thinker – able to undo, redo and evolve."

"In the twentieth century, when technology facilitated many architects to build independently of local climate and tradition, Balkrishna remained closely connected with his hinterland: it’s climate, technologies new and old and crafts."

"Balkrishna Doshi’s outstanding contribution to the art of architecture, the craft of construction and the practice of urban design establish him as a most deserving recipient of this award and I greatly look forward to him being presented with the medal next year," Allford added. 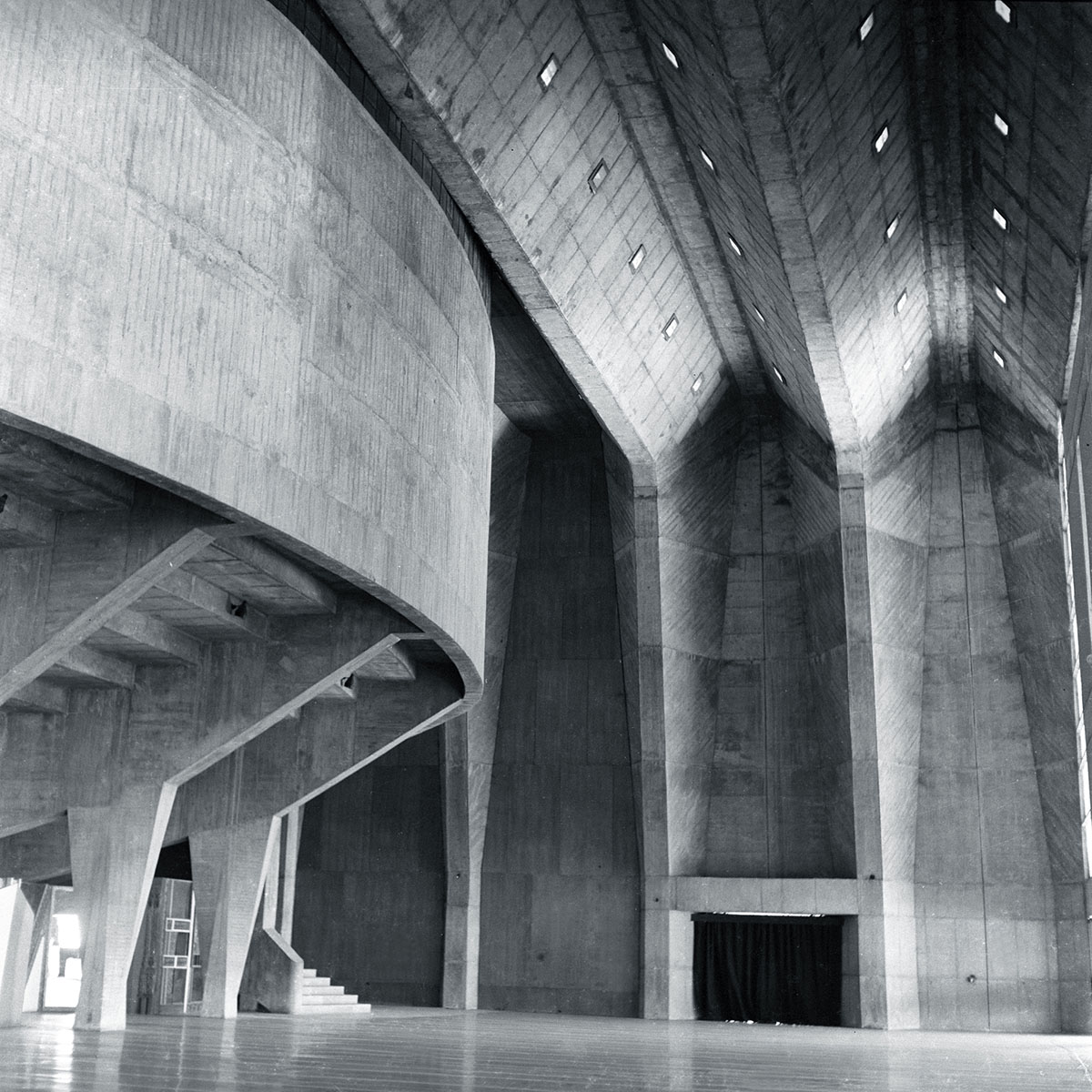