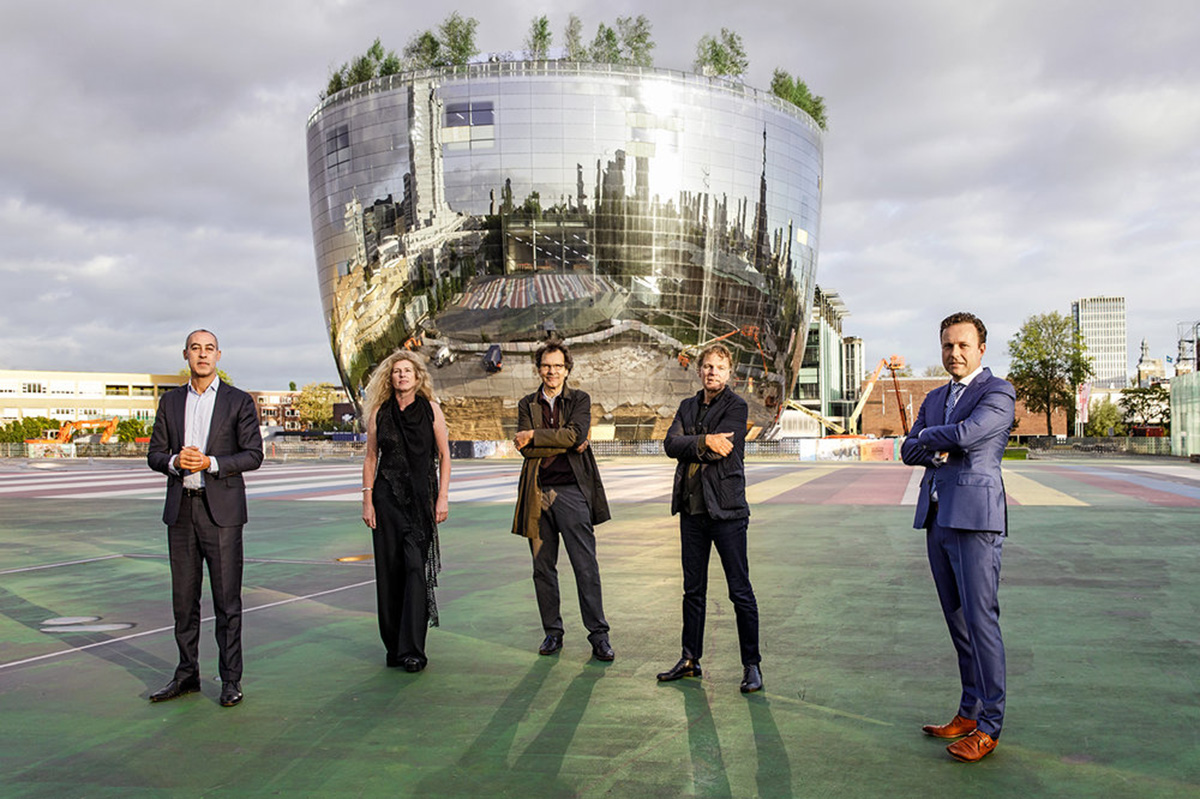 The Boijmans van Beuningen museum currently displays only about 6 - 10% of their collection. Where is the other 90%? Director of the museum Sjarel Ex presents the idea and vision of the depot building in a presentation during the press preview of the Silver Opening.

He believes that a museum has a public duty and responsibility and initiated the idea of making the depot the first publicly accessible depot that features a new type of experience for museum visitors. 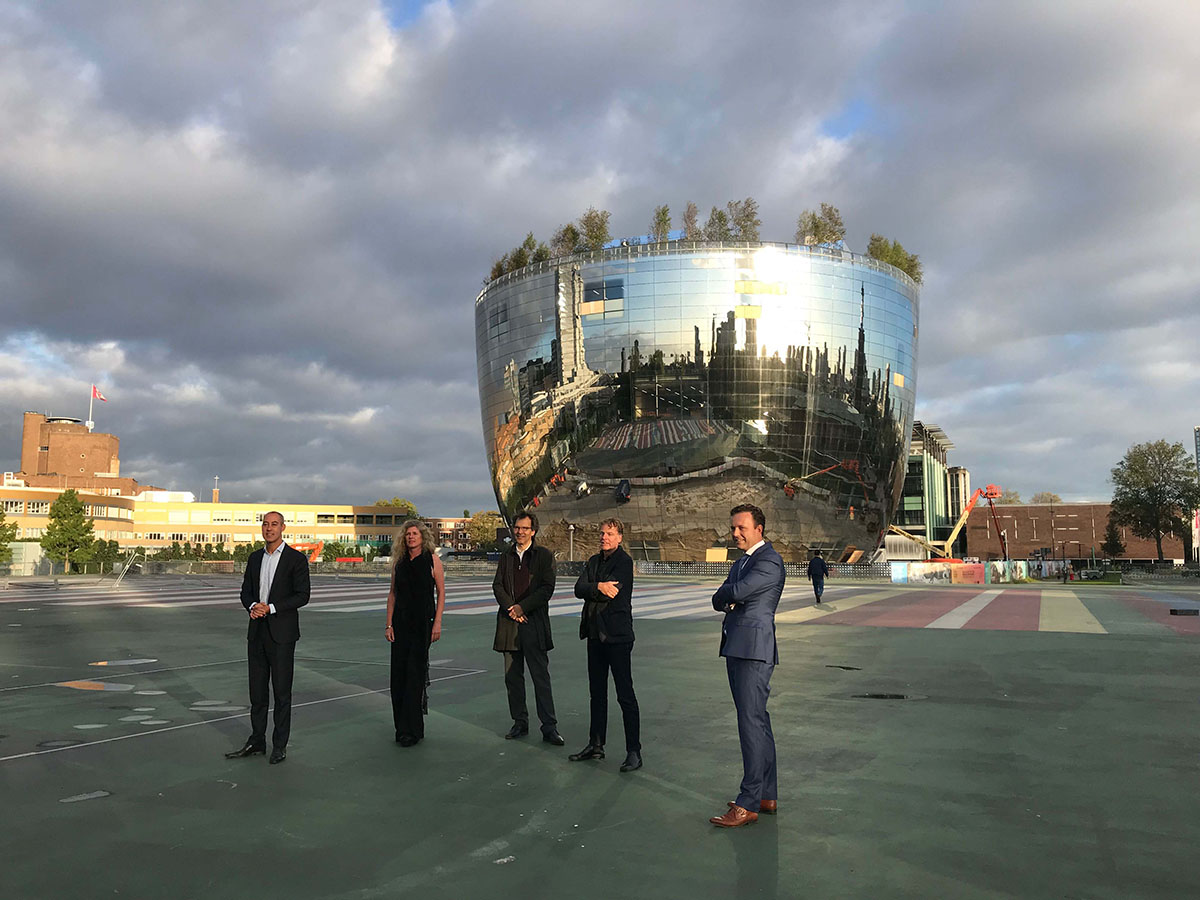 The museum is showing the collection, and combines certain pieces in order to experience them as a whole. The depot offers something different, it shows the non-displayed art out of context and gives it a new perspective.

Also the rooms for restoration and conservation will be visible and allows the visitor to watch and learn how a world-renowned museum maintains its art collection. The depot provides a unique behind-the-scenes experience, showing the restoration, transportation and ‘the art of packing’. 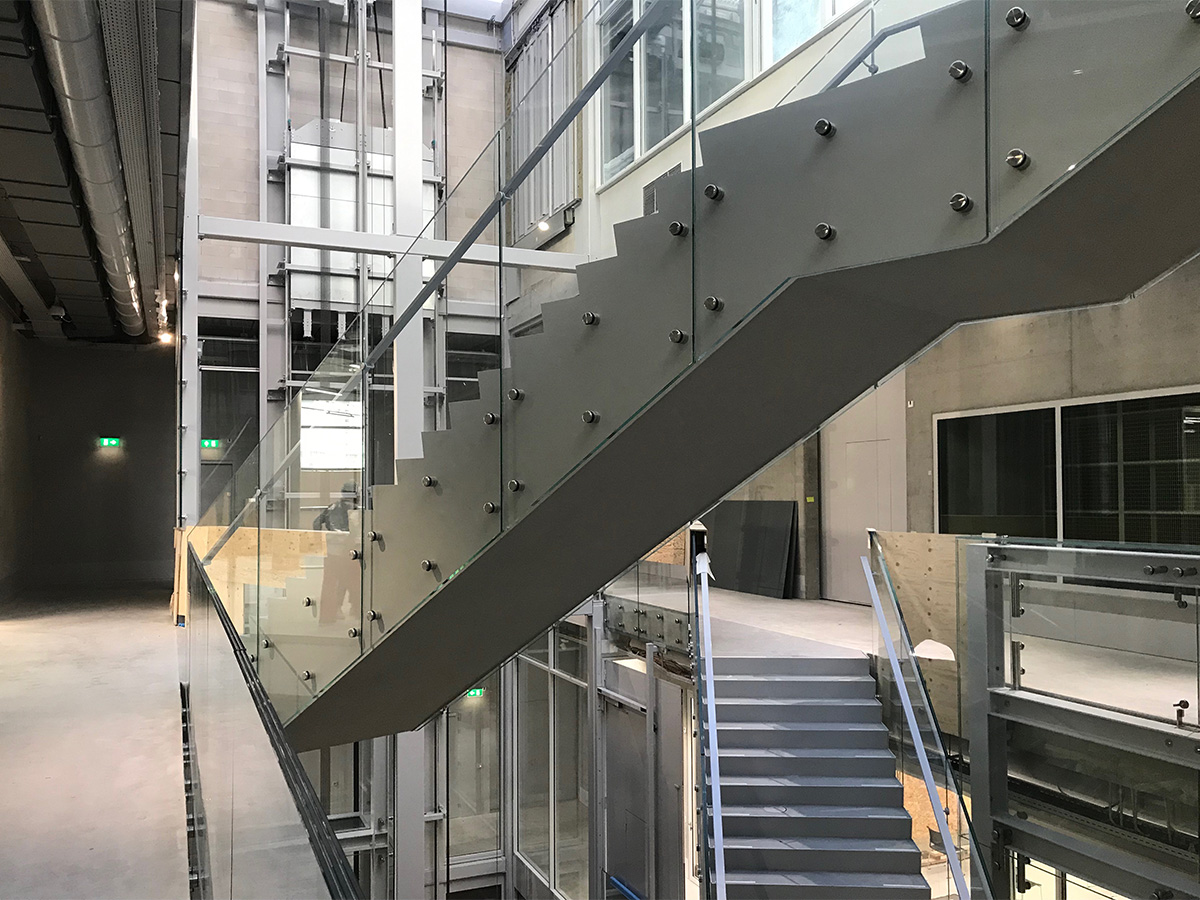 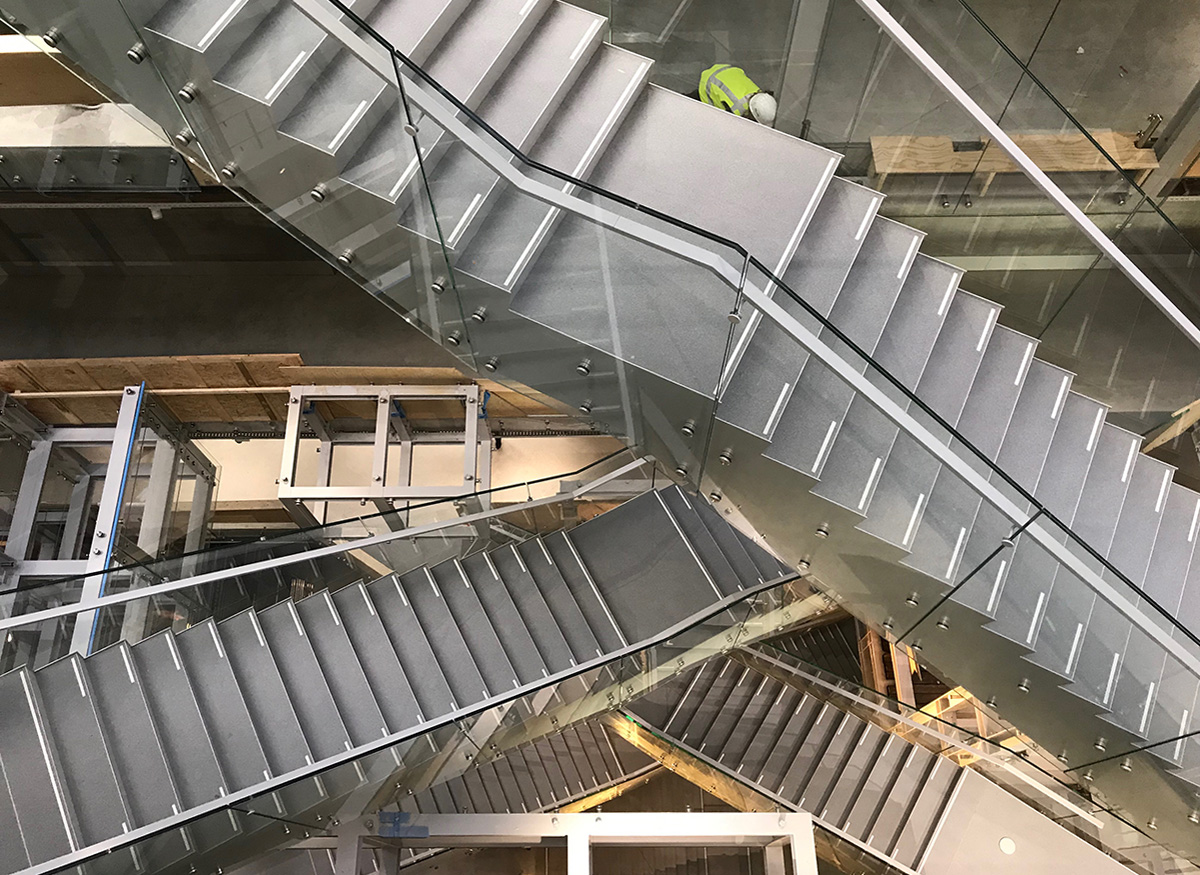 The building consists of six floors, each with different climatic situations in order to ensure the ideal conditions for art storage. The floor area is 15,541 m2 and the building is 39,5 m high. The rooftop forest consists of a restaurant and event space and 75 birch trees.

MVRDV wanted to compensate the area the building ‘takes’, by giving it back to the landscape through the design of a green roof. The roof has won the Dutch Rooftop Award this month and Winy Maas hopes to inspire architects to join him in this concept. 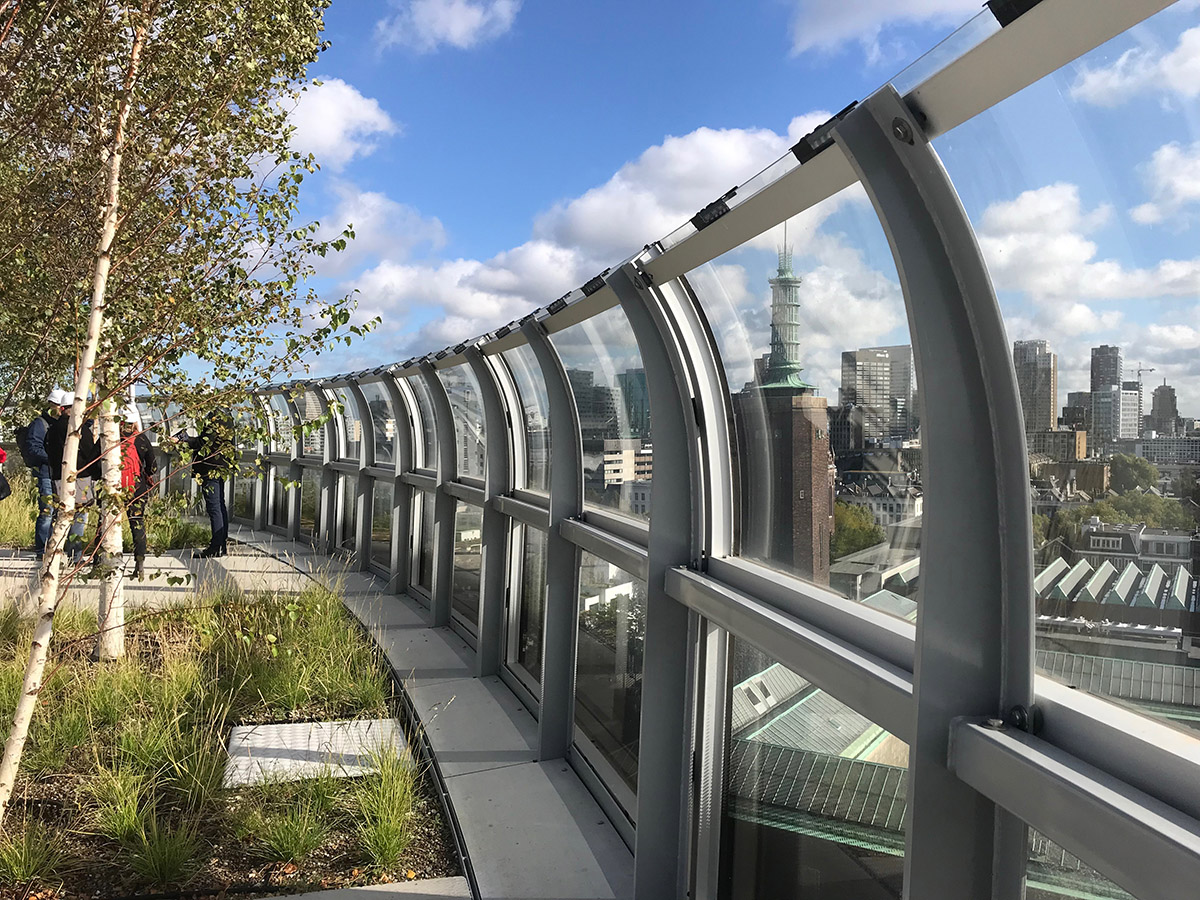 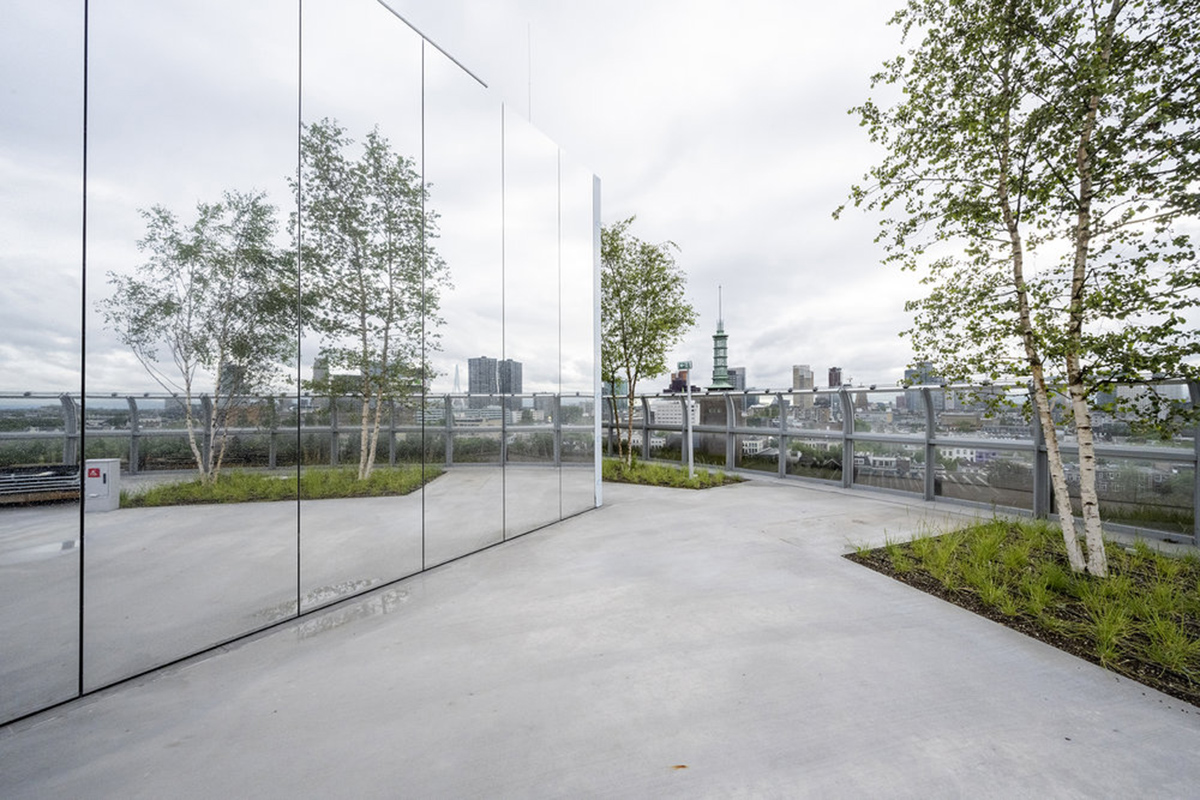 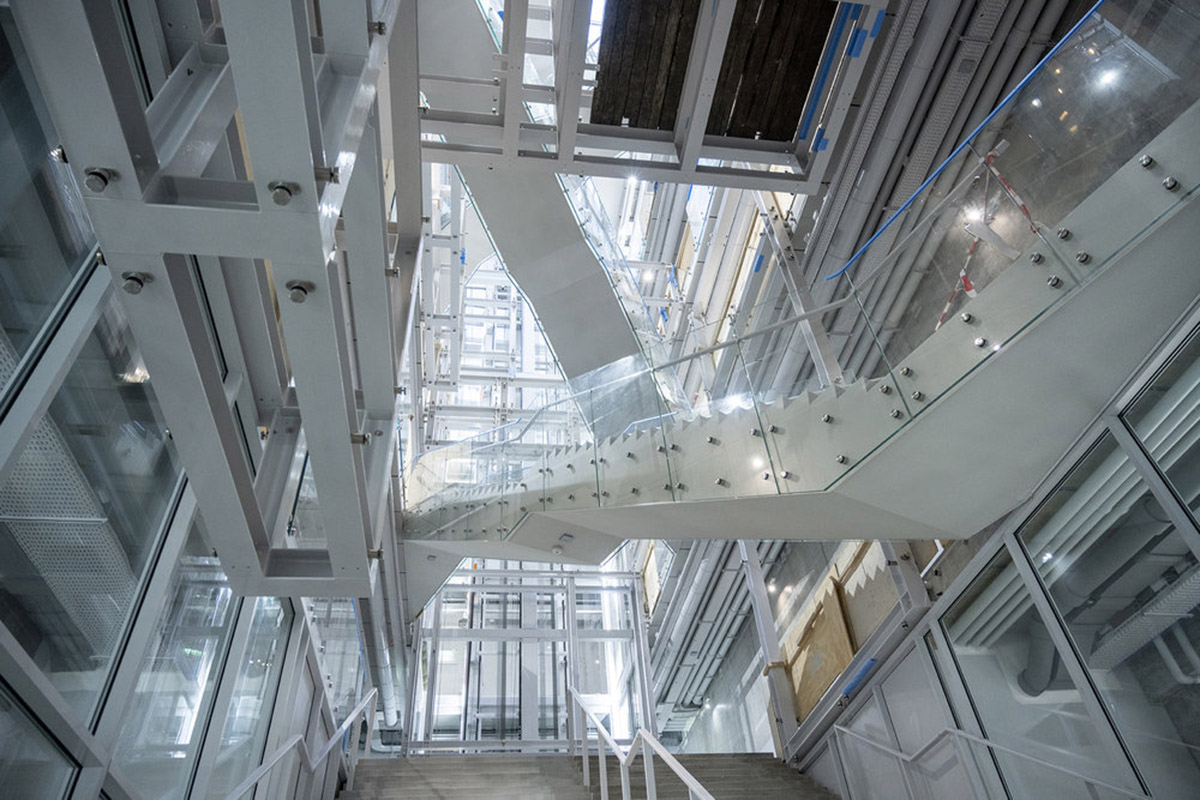 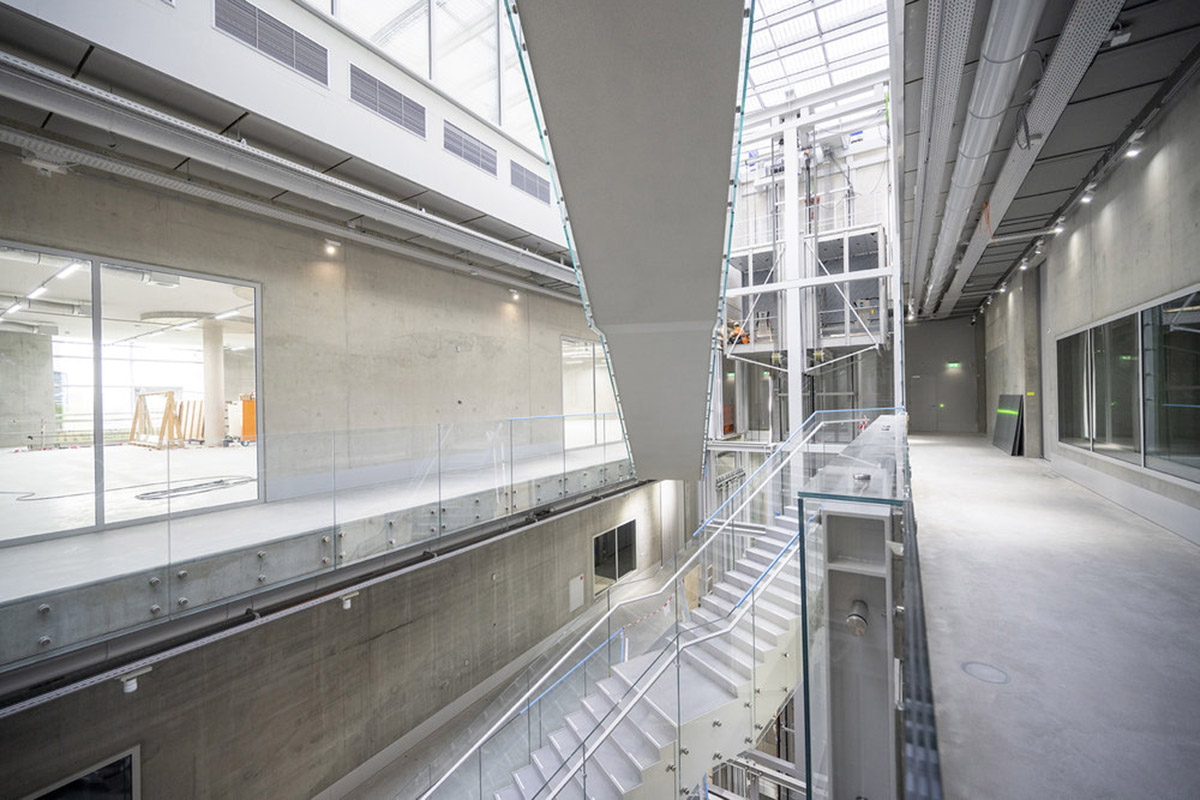 Connection with the city

The connection with the city is one of the key aspects in the vision of the depot design. Sjarel Ex states that the relationship with the people is the mirror of the success of the Boijmans van Beuningen museum. To include the city in the development of the depot, the "Mirror dinner" was organized.

Here people could adopt one mirrored element, receive a certificate and support the building and its vision. Nearly 1000 mirrors were adopted, resulting in a 1.000.000 euro donation. Sjarel Ex considers the connection between the people and the collection as very valuable. Over 30.000 pieces of art were gifted to the Boijmans museum – pieces like a Van Gogh or a Mondriaan -  and therefore the depot can be considered a collective building. 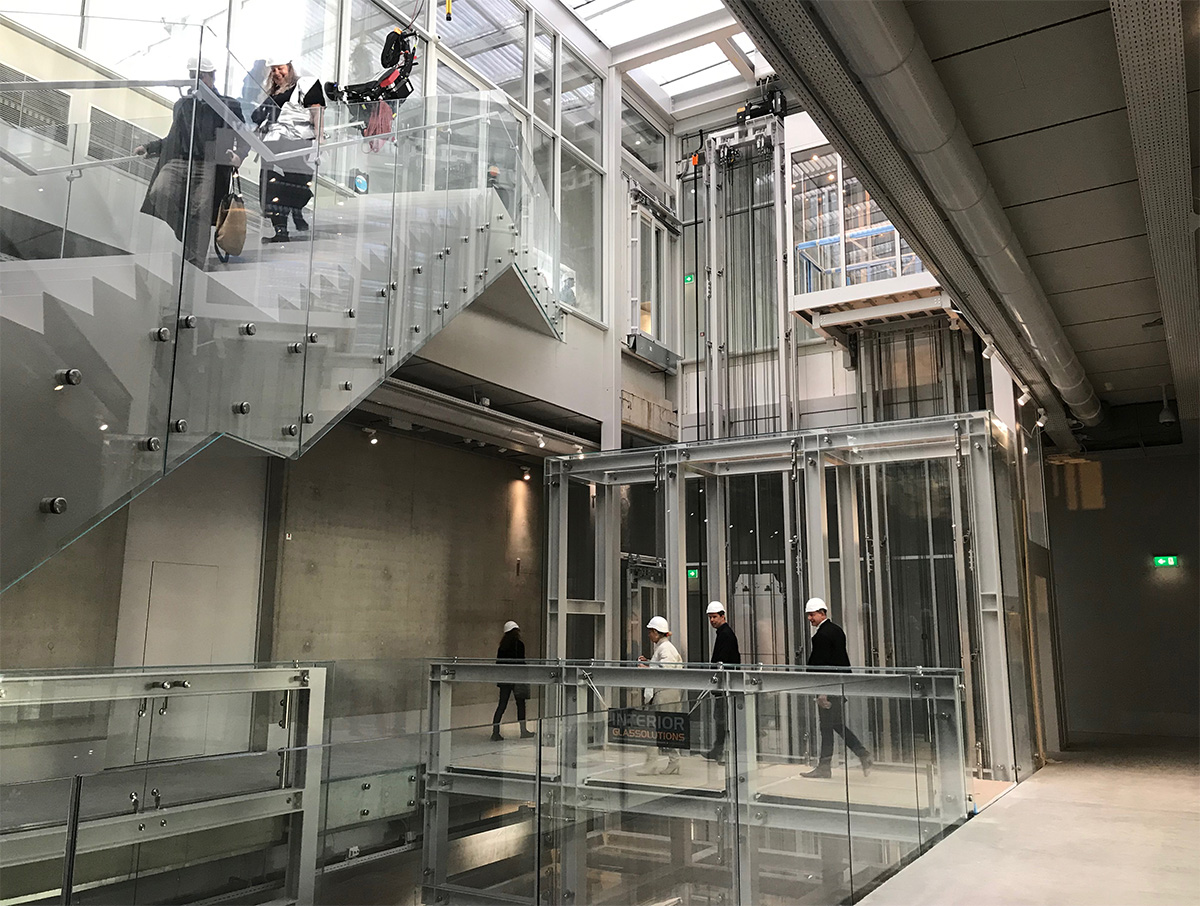 One of the biggest challenges of this building, was the entirely mirrored façade. Project manager ing. Rowan van Wely of engineering design consultancy ABT – responsible for the technical design of the façade - has stated that the complexity of the façade was mostly the mirror and keeping control on the shape. Creating the right colour and right shape in order to succeed in MVRDV’s ambitions.

Rowan van Wely: "Contributing to this one of a kind project is an honour. Keeping control on the technical design in all project phases was our main challenge."

"We have used state of the art design tools, did endless testing of materials and developed several mock ups. With a team of specialists we realised MVRDV’s architectural design for 100%."

Van Wely states that to him the location is very special. In advance it is hard to imagine how the building will ‘land’ as it is literally a pot-shape building placed in the middle of the city. In collaboration with MVRDV, ABT believes that the challenge of the inclusion of the location is well designed. The building has a round shape, with a diameter of approximately 60 meters at the top, and 40 meters at the bottom. By narrowing the building toward the bottom, the sightlines are maintained. People can walk around the building in a green environment and enjoy the new perspectives via the building.

As the building is round, the mirrored façade elements are double curved. At the bottom of the building, an interesting detail was designed where the mirrors never touch the earth and are triple curved. The mirrors were not only a challenge in terms of manufacturing, transportation and construction, also the reflection and the surroundings were challenging. The building is located in the Museumpark, surrounded by the Erasmus MC hospital, a psychiatric hospital and several villas. To avoid people in the park being able to see the gardens of the villas or the interior of the hospitals, non-reflective foils were used. This foil is placed over the mirrored glass, and results in a cloud shape element on the building.

Winy Maas states that "some people consider it a breach of concept. I do not agree. I consider it the degeneration of the concept, a new phase. It shows the dialogue with the surroundings." In case the function of the hospital would change in the future, the foil is removable.

Winy Maas, when asked what the biggest challenges were in terms of combining the strong urban and architectural vision of the building, with the technical limitations or challenges, states that there were a couple of elements involved. Firstly, the construction of the foundations in order to support the building. Secondly, the material choice for the façade. Initially the design consisted of highly polished stainless steel, but that would exceed the budget. In the end the choice was made for glass, which then provided possibilities for transparent elements in the interior. And lastly, the creation of the forest on the roof. 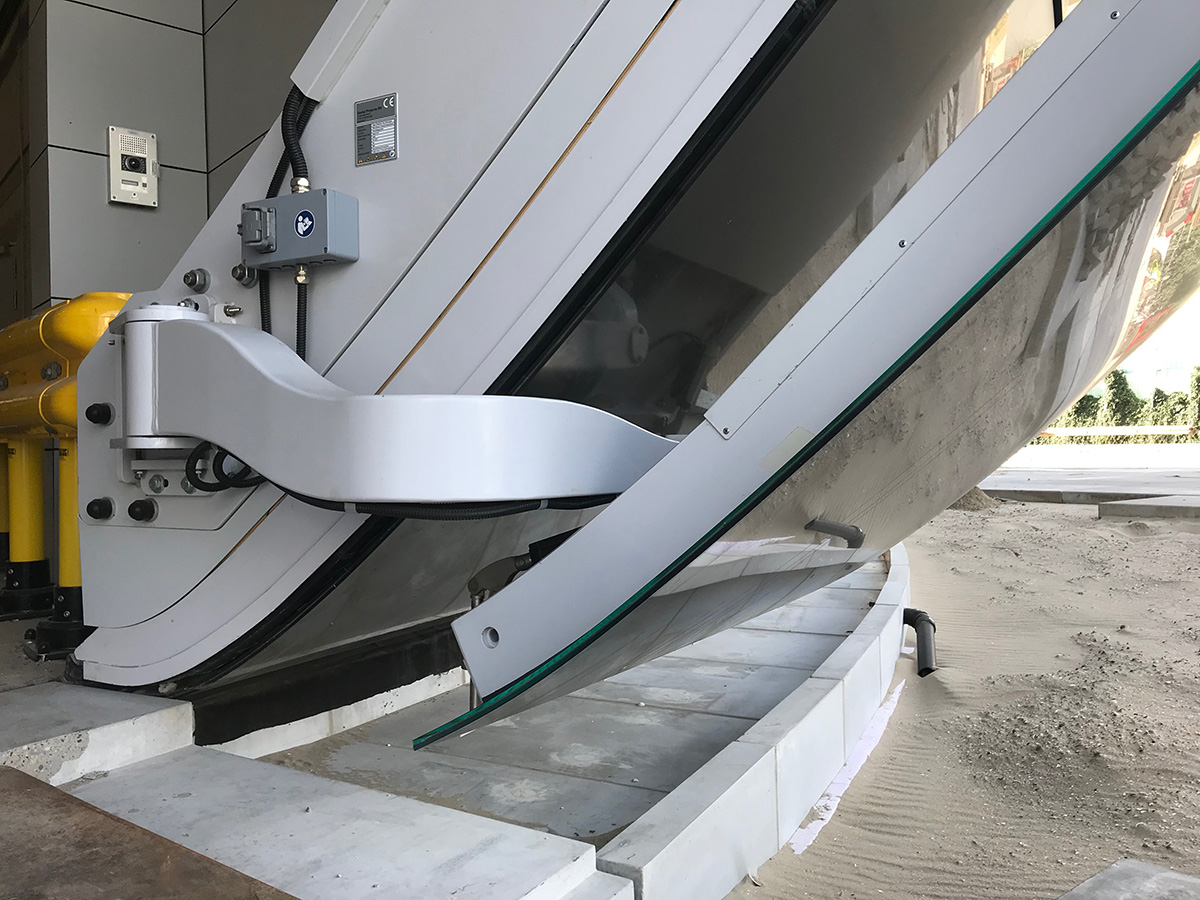 Detail of a door at ground level. Image © Lola Kleindouwel

After the Silver Opening, the big move of the 151.000 artworks will begin. It will be the first time since 1935 that the entire Boijmans van Beuningen collection will be in one place. Ina Klaassen - director of the Boijmans van Beuningen museum -  has stated during the presentation at the press preview, that the move required two years of preparation.

The building will also undergo the finishing touches in terms of construction, for example the finishing of the roof and the area around the building. Concrete Amsterdam designs the interior for the restaurant and event space on the rooftop. In the atrium, glass vitrines will be added to showcase the art, designed by Marieke van Diemen. Klaassen stated that the interior has to be as special as the exterior. The Golden Opening is scheduled for September 2021.