Studio 44 from Russia, Saint Petersburg in consortium with WEST 8 from The Netherlands, Rotterdam have won the International Competition for the Architectural Landscape Design Concept for the Tuchkov Buyan Park in Russia.

The idea developed by Studio 44 and WEST 8 was recognized as the best conception by an international jury. JV Vogt (Switzerland, Zurich) in consortium with Herzog & de Meuron (Switzerland, Basel) and Khvoya (Russia, Saint Petersburg) have become the finalists.

Studio 44 and WEST 8 were selected from among the international offices, including Bjarke Ingels Group, Kengo Kuma and Associates, Michel Desvigne Paysagiste. 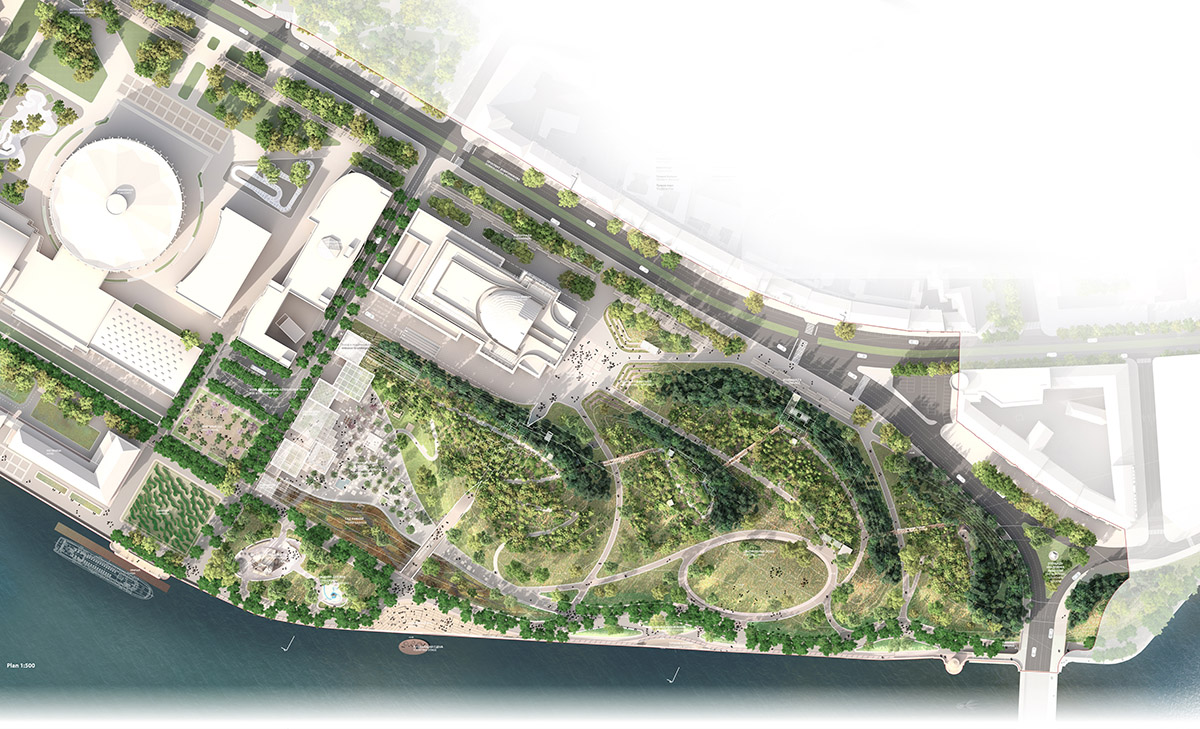 Studio 44 and WEST 8's concept is focused on creating romantic landscape views and providing the panoramic city views. It is impossible to guess which view will open up in front of you when you turn a corner or climb a hill.

This is a park for long walks and watching sunrises and sunsets, changing seasons and moods, water reflections, the glare of the sun and moon. The park features a variety of spaces where river nature is combined with vibrant city life. 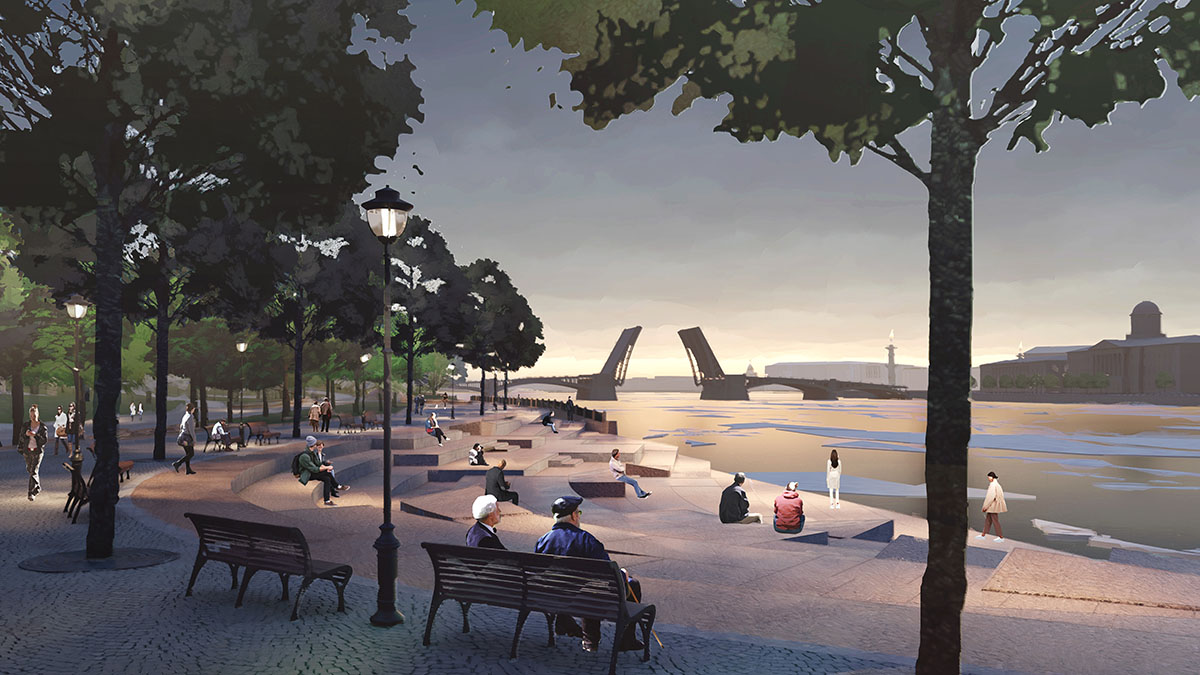 The jury was represented by 14 international experts in the fields of architecture, landscape design and urban planning. Among them were: Francesco Bandarin, an Italian architect and city planner, a UNESCO's Assistant Director-General for Culture, Patrick Blanc, a French botanist and inventor of modern vertical gardens, Ken Smith, a city planner and landscape architect, Lawrence Barth, Professor of Urbanism at the Graduate School of the Architecture Association, Stefan Rotzler, a landscape architect and International Union of Architects representative, Vladimir Grigoriev, the chief architect of Saint Petersburg and Sergey Choban, a member of German and Russian Union of Architects and other specialists. 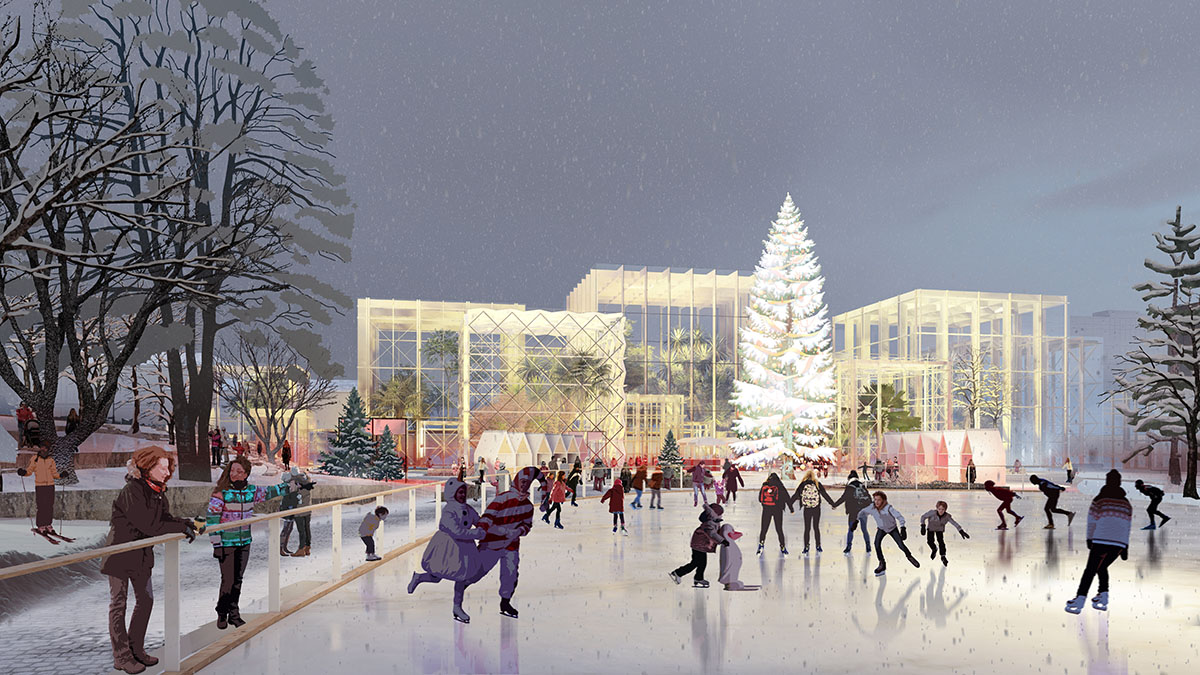 "This competition is very important for us. During the last 2 days we were conducting the meeting of the international jury which were represented by the experts from Russia, Italy, France, Germany, USA, Switzerland and Great Britain," said Denis Leontev, CEO of Strelka KB.

"The organisation of the final jury’s meeting was unprecedentedly complex — it was held in online and offline format at the same time. Nevertheless, all jury members had equal access to competition’s materials."

"According to the requirements of the International Union of Architects (UIA) special attention was focused on confidentiality of competitors’ works. None of experts and jury members didn’t have information about names of the bureaus while the meeting, they evaluated all the concepts under numbers." 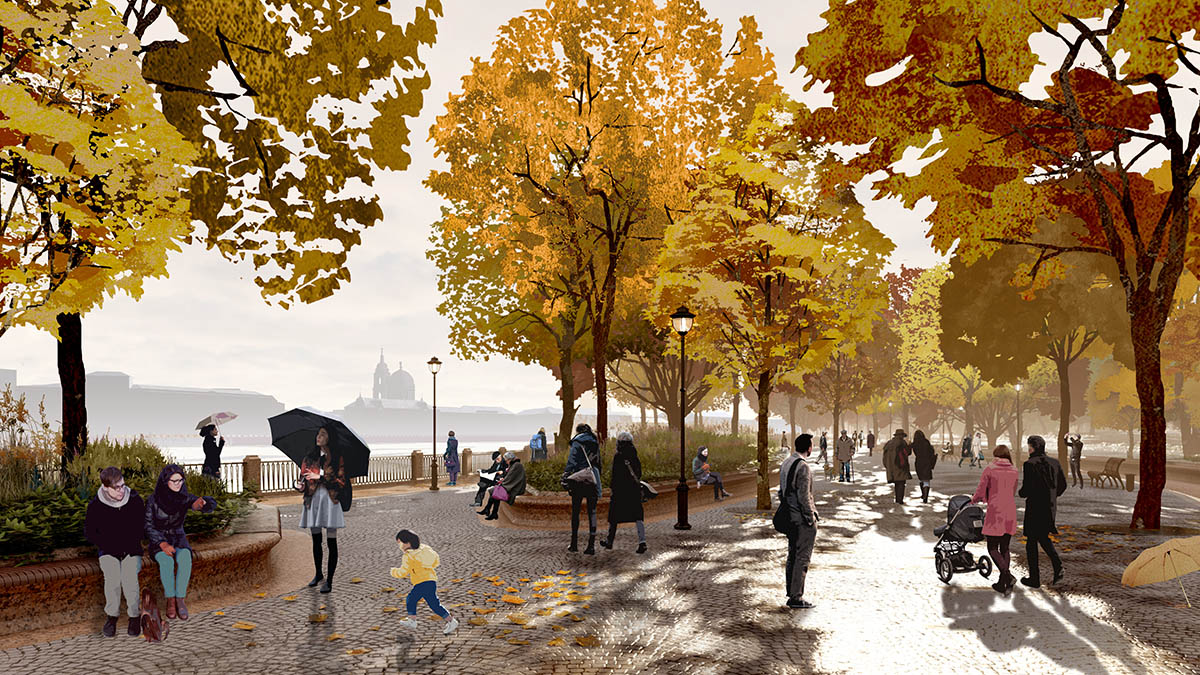 The complete list of jury participants and more information about the competition is available on the official website.

All images courtesy of Studio 44 & WEST 8