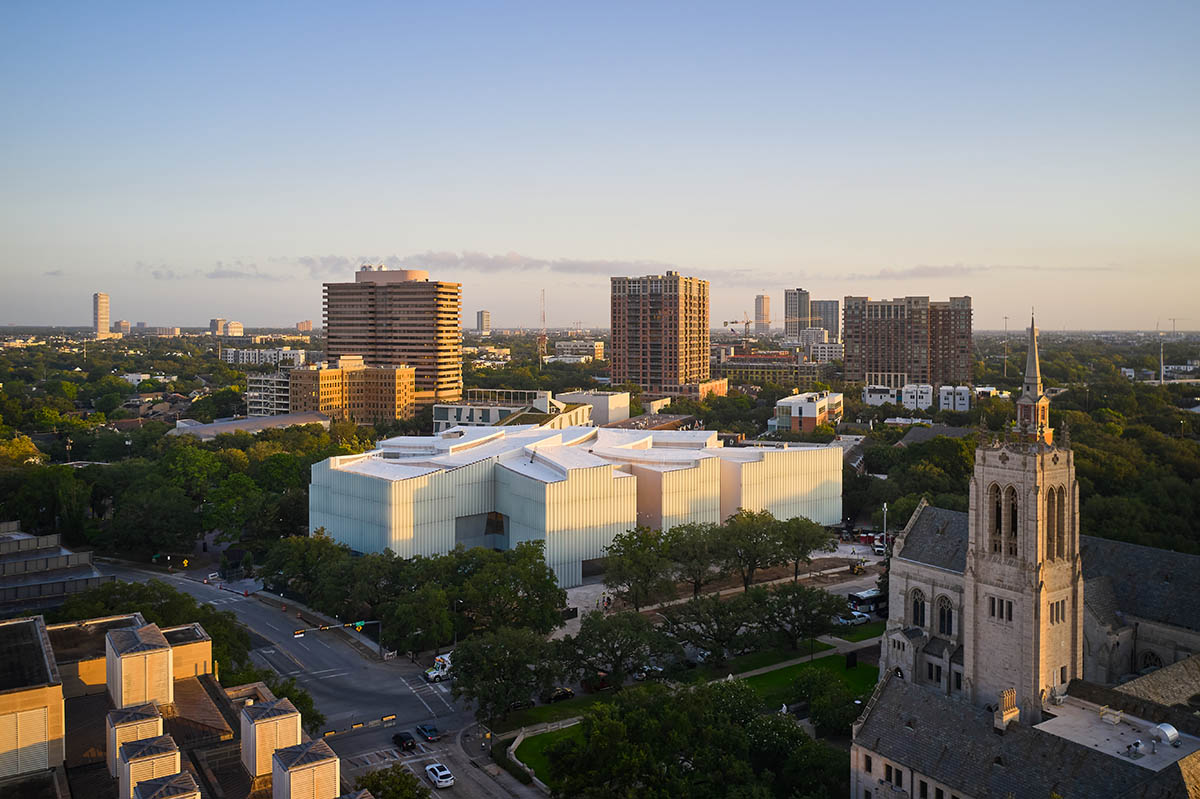 "This date is adjusted from the originally forecast date of November 1, due to the effects of the pandemic, and recent hurricane preparations, on final construction work," said in a press release.

Designed by Steven Holl Architects, it is the third gallery building on the MFAH Susan and Fayez S. Sarofim Campus, the Kinder Building which is dedicated to presenting works from the Museum’s international collections of modern and contemporary art.

It will open with the first comprehensive installation of these works, drawn from the collections of Latin American and Latino art; photography; prints and drawings; decorative arts, craft, and design; and modern and contemporary art.

In celebration of the opening, the Museum will offer free general admission to all three of its Sarofim Campus gallery buildings for opening weekend, and to the Kinder Building through Wednesday, November 25. 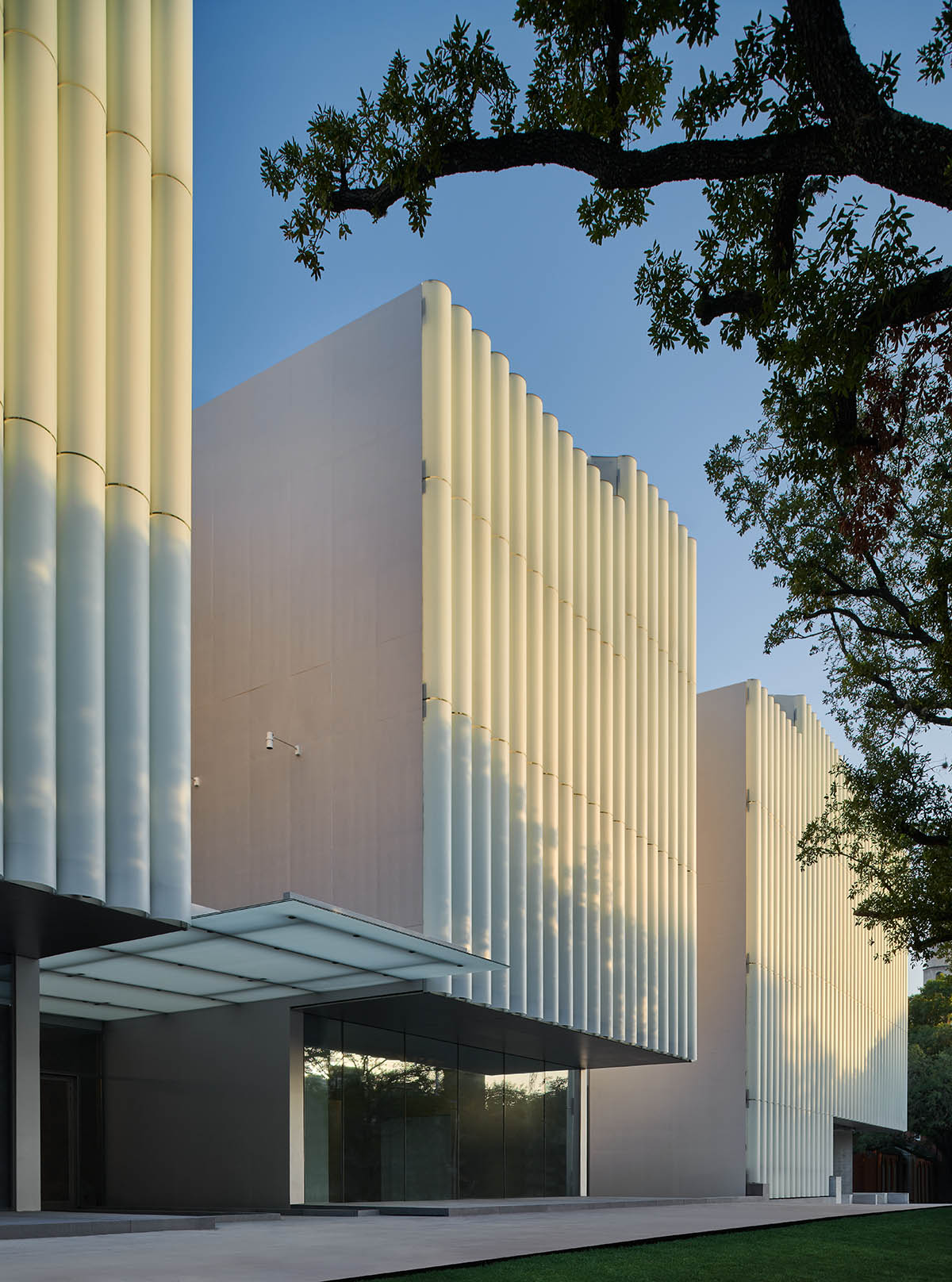 The Nancy and Rich Kinder Building contains both departmental and cross-departmental galleries. This approach will allow visitors to not only delve into the materials, geographies, and art forms in which modern and contemporary art have developed, but also to explore the ways in which varied artistic ideas, styles, and themes have transcended those boundaries. The multiple stories of modern and contemporary art-making are articulated throughout the building.

"In the dynamic spaces that Steven Holl Architects has designed for the Nancy and Rich Kinder Building, our distinctive holdings of modern and contemporary art will soon have the showcase they deserve," said Gary Tinterow.

"This area of our collection continues to grow rapidly, thanks to the exceptional endowment for acquisitions provided by our donors, with the late Caroline Wiess Law at the forefront."

"We are thrilled that we can now present recent purchases and our historic acquisitions in depth and breadth, bringing our audiences a wealth of recognized masterpieces as well as discoveries by lesser-known artists," Tinterow added. 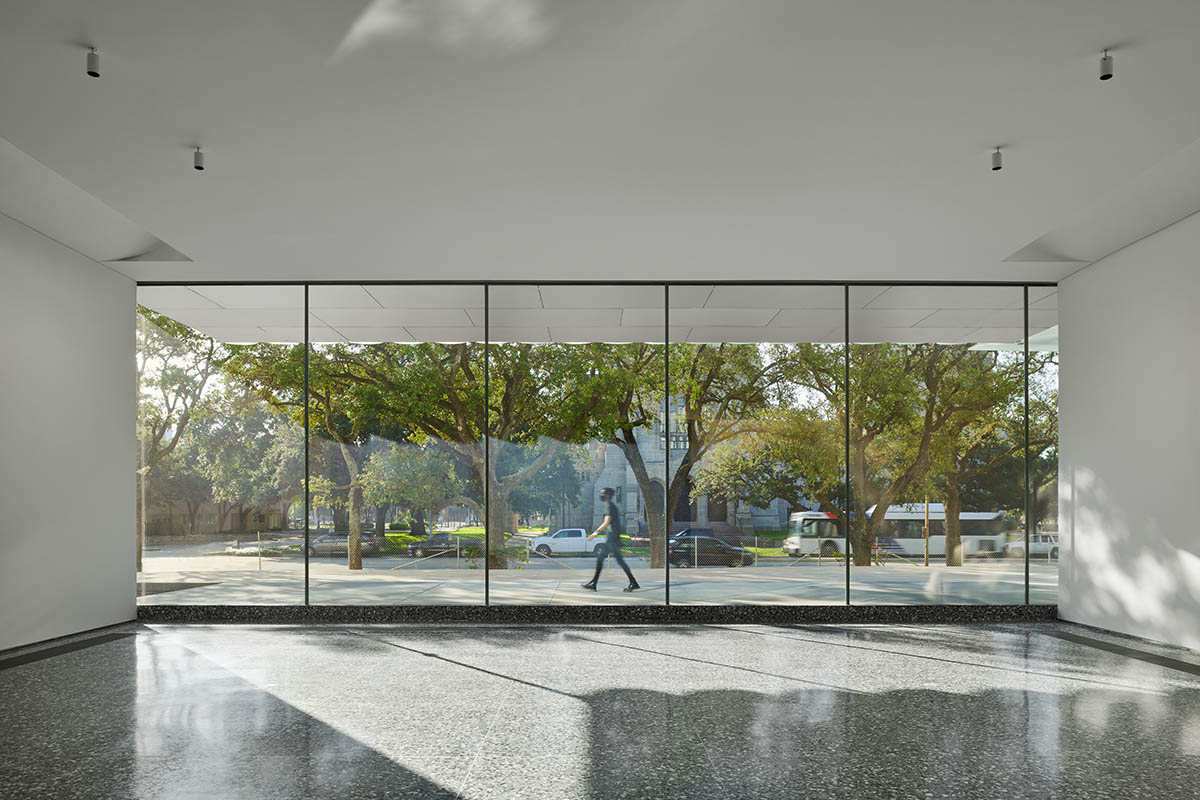 A flexible black-box gallery at the street-level entry of the Kinder Building will be permanently devoted to immersive installations.

The three inaugural works will be The Hydrospatial City (1946–72), a hovering, utopian vision for an architecture in outer space by Argentinean artist Gyula Kosice;Caper, Salmon to White: Wedgework (2000), a light-filled environment by American artist James Turrell; and Aftermath of Obliteration of Eternity (2009), an Infinity Light Room by Japanese artist Yayoi Kusama.

A windowed gallery facing Main Street on this level includes Lezart I (1989), a monumental configuration of embroidered silk, metal objects, and cast-metal lizards by Brazilian artist Tunga, adjacent to the Museum’s historic 1965 acquisition of kinetic sculptures by Swiss artist Jean Tinguely. Moon Dust (Apollo 17) (2009), an installation of suspended lights by American artist Spencer Finch, will hang in the café space. 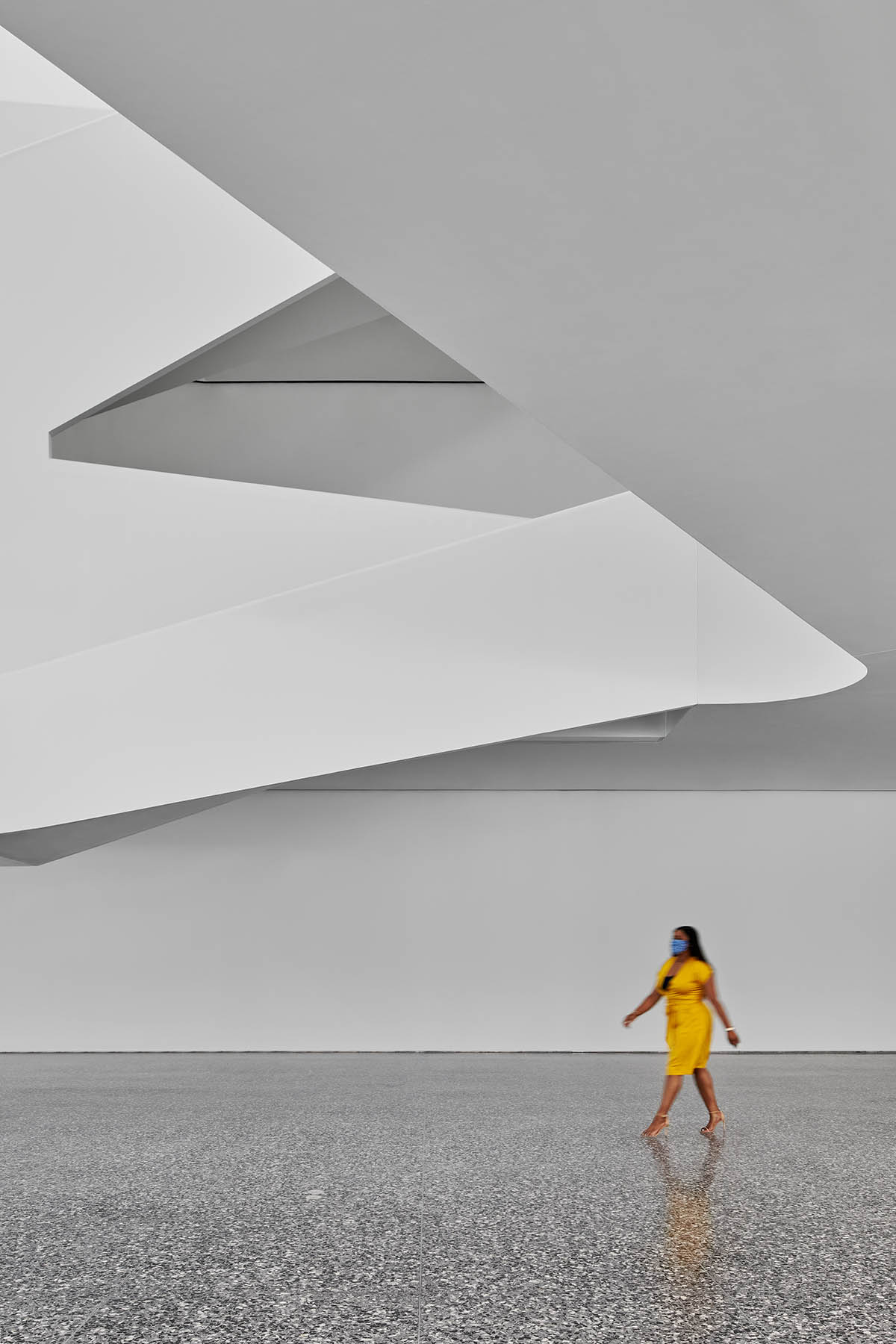 The second-floor galleries will be organized by curatorial department, and each will highlight collection strengths. Suites of galleries will be devoted to the history of photography; decorative arts, craft, and design; prints and drawings; European and American 20th-century painting and sculpture; and Latin American Modernism.

Incorporating all major movements, and representing the internal histories of these media, the galleries will create novel juxtapositions by cutting across national borders and chronological categories. Decorative arts and works on paper will be interspersed among paintings and sculpture in the European, American, and Latin American galleries. 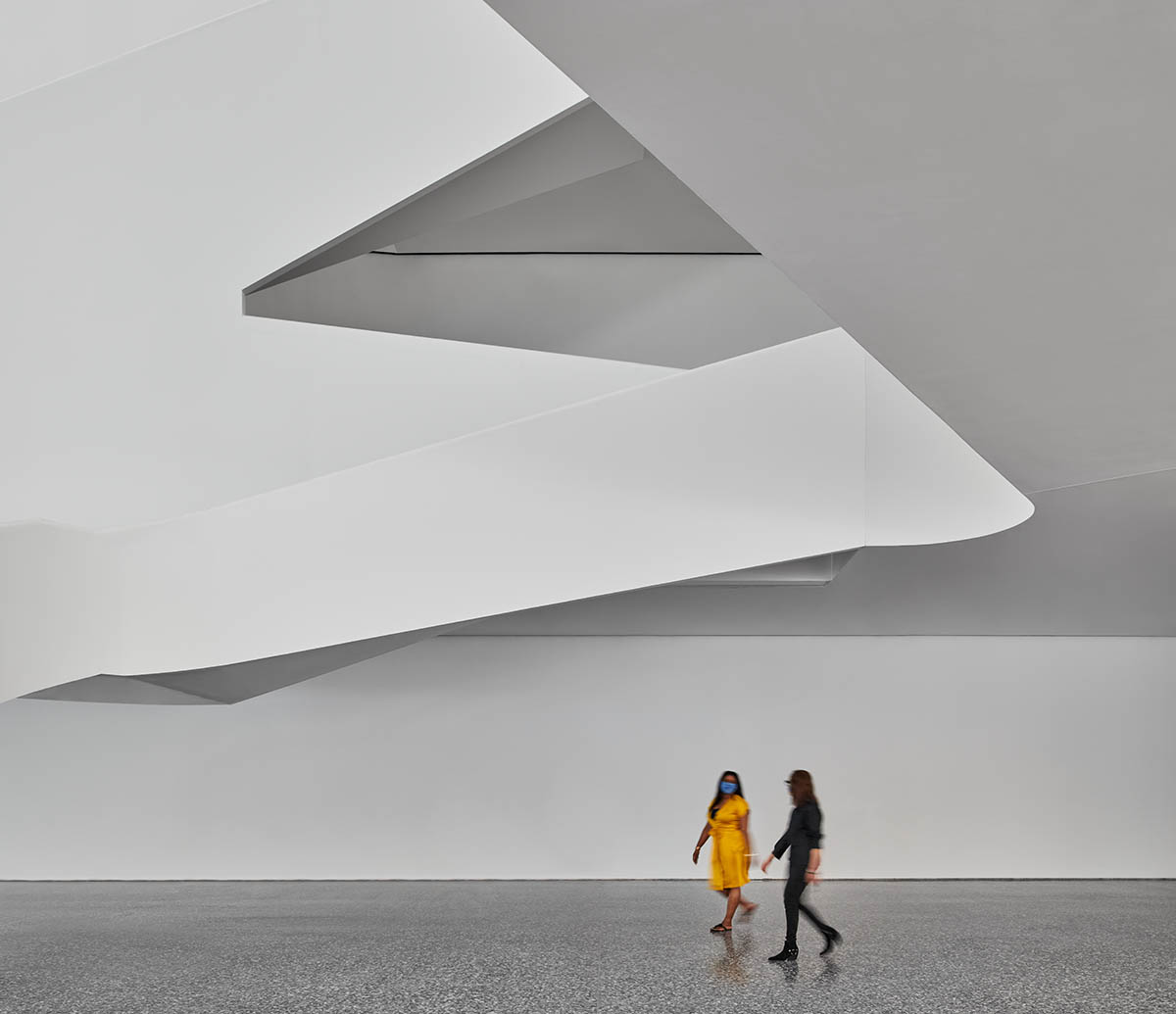 The third-floor galleries will feature thematic exhibitions. Five inaugural thematic installations will present art from the 1960s onward. These are Collectivity, exploring interdisciplinary works that activate a sense of community; Color into Light, showcasing the dynamic role that color has played in the independent but often parallel investigations of artists in the United States, Latin America, and Europe; LOL!, featuring more than 50 works that use humor as a strategy; Border, Mapping, Witness, with works that consider maps and borders in geographic, social, and political terms; andLine into Space, which examines how artists have explored line in multiple dimensions and media, from works on paper to jewelry, three-dimensional constructions, and furniture. 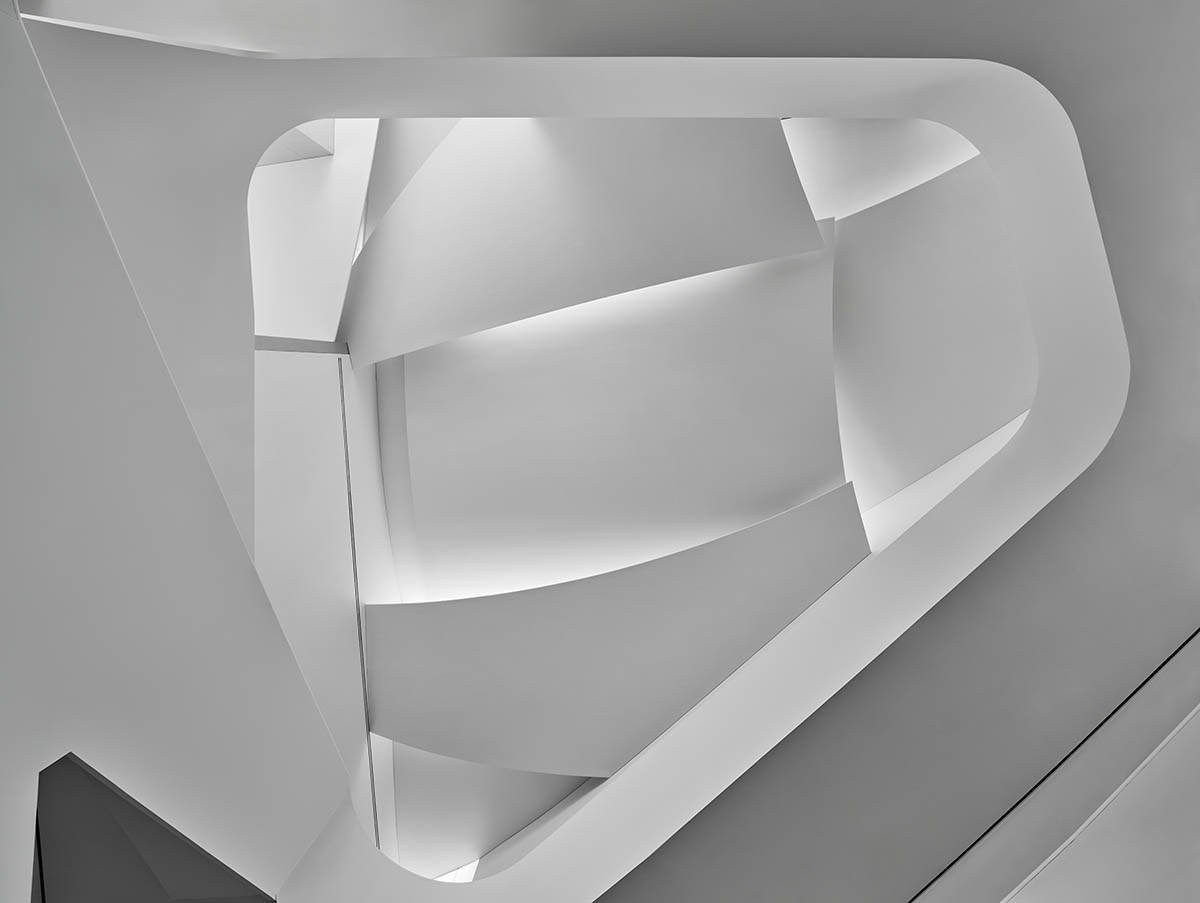 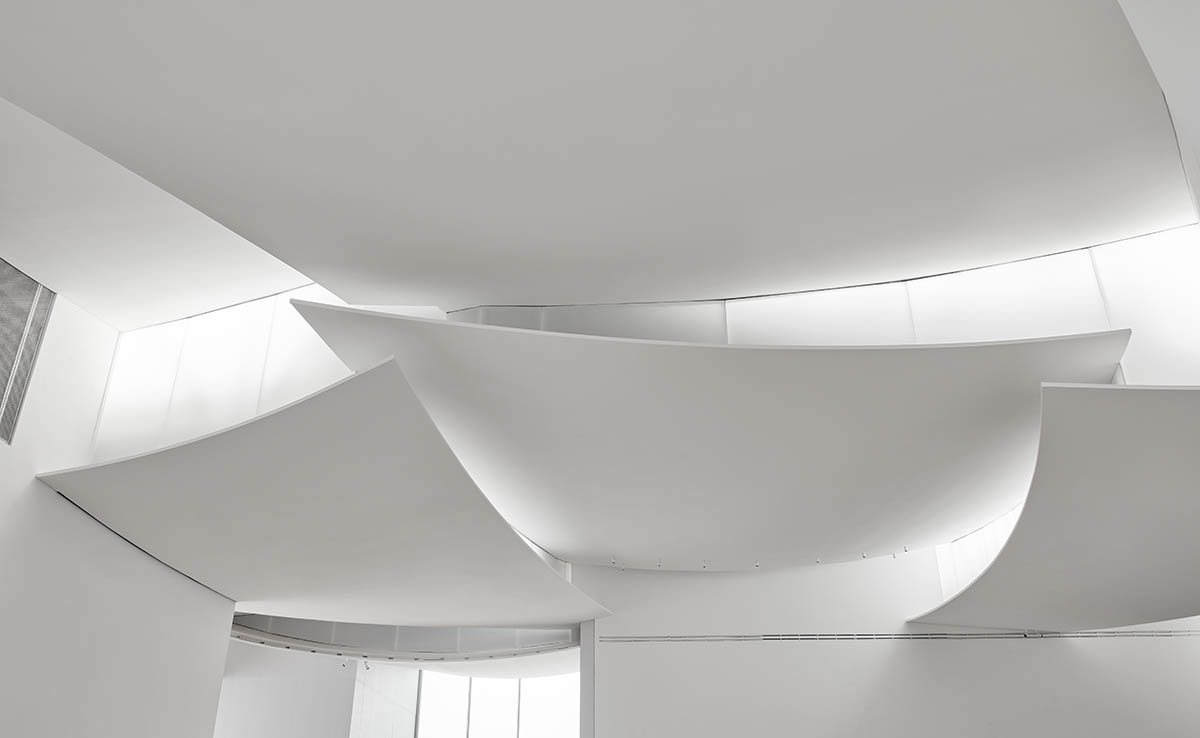 The MFAH initiated its Campaign for the Museum of Fine Arts, Houston in January 2012 with a goal of $450 million, including the operating endowment.

The campaign has exceeded expectations, raising more than $470 million to date. Based on the continued interest in Houston to support the Museum and the campaign, the MFAH has continued to fundraise.

Top image: The Nancy and Rich Kinder Building at the Museum of Fine Arts, Houston, from above. Photo by Peter Molick / Thomas Kirk III