Sharon Johnston: "There is a gap in the US between the discourse of the academy and the profession" 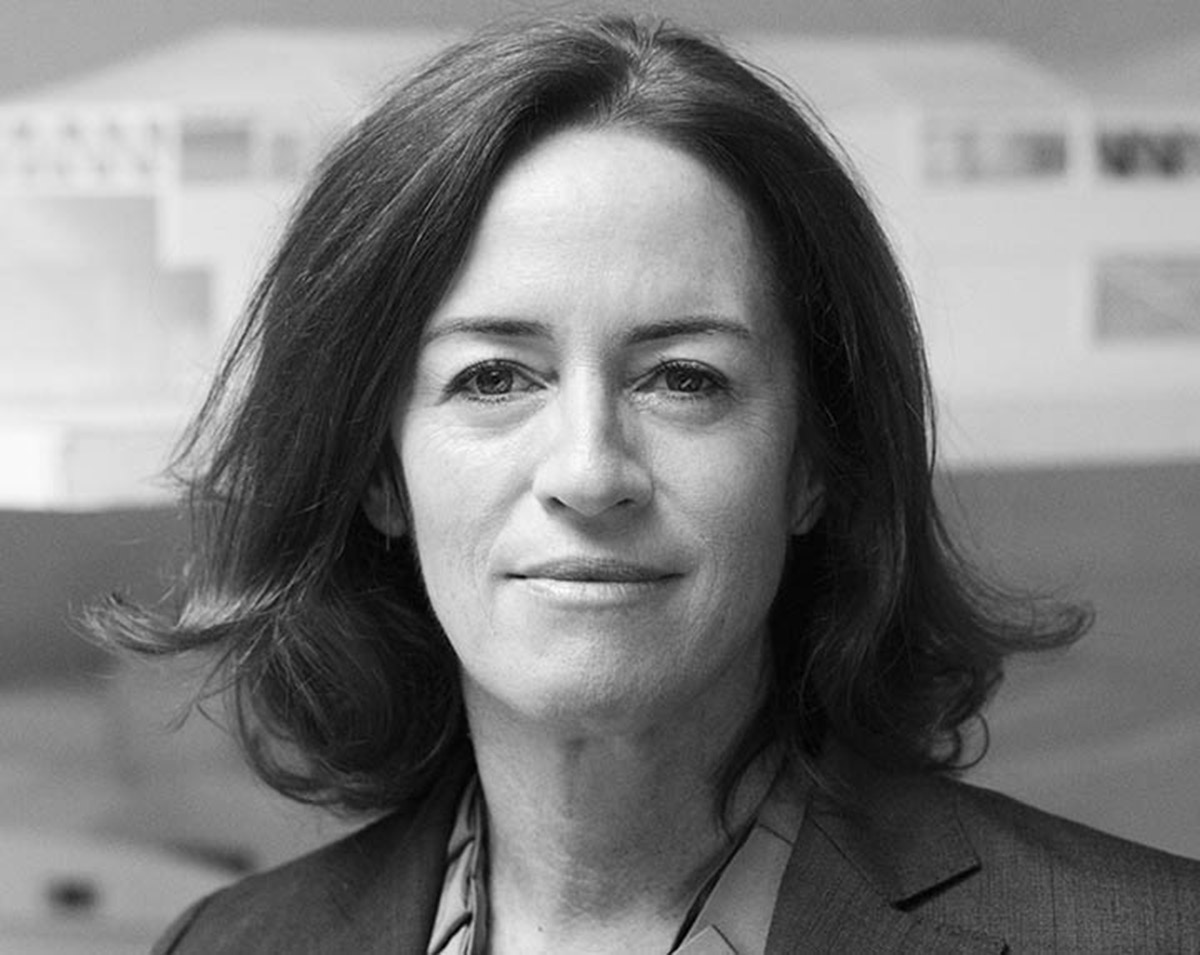 There is a gap in the US between the discourse of the academy and the profession, according to Los Angeles-based architect Sharon Johnston, co-founder of Johnston Marklee and Professor in Practice at the Harvard Graduate School of Design.

Speaking to WAC editor-in-chief Berrin Chatzi Chousein in an exclusive interview as part of WAC's Live Interview Series, Johnston said "in the US, the model of education is different."

"For example, when you graduate from ETH Zurich and you are licensed as an architect, there is a level of technical training in the academy along with sophisticated design and research through studios. Generally speaking, perhaps, it is more a deeper education."

"When you graduate from any other school, as I and Mark always say, you still have a lot of training to do as a kind of internship to become an architect."

"I think, there is a gap in the US between the discourse of the academy and the profession," Johnston added.

Sharon Johnston is co-founder of Los Angeles-based studio Johnston Marklee, she is currently Professor in Practice at the Harvard Graduate School of Design, where she has significant roles at the intersection of these two worlds: academia and practice.

Johnston and Marklee founded Johnston Marklee in 1998, the studio has been recognized internationally with over 40 major honors and awards.

Expanding their portfolio with different projects regardless of scale and type, spanning thirteen countries throughout North and South America, Europe, and Asia, the studio's recent projects include the Menil Drawing Institute in Houston, Texas, a renovation of the Museum of Contemporary Art Chicago, the design of the new Dropbox global headquarters in San Francisco, California, and the new UCLA Margo Leavin Graduate Art Studios campus in Culver City, California. 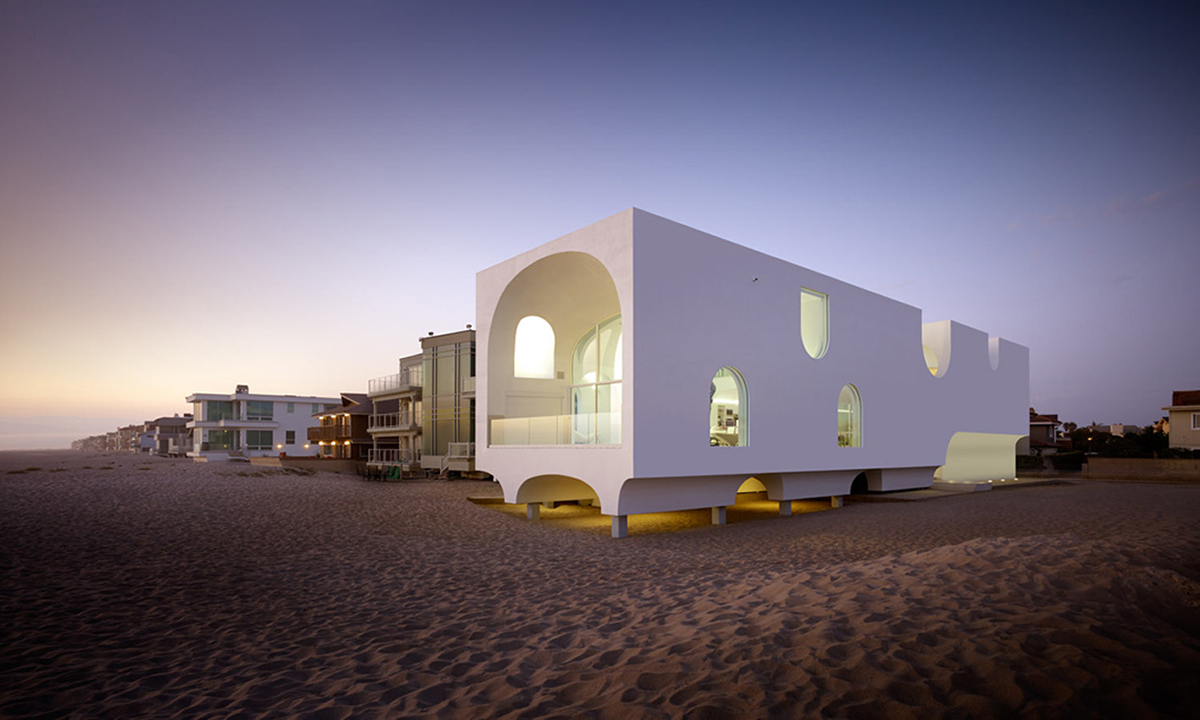 Vault House is located in Oxnard, California, US, which was completed in 2013. Image © Eric Staudenmaier

Vault House on Californian beachfront is one of the key projects of the studio, other projects include Sale House in Venice, California, a renovation of the Museum of Contemporary Art Chicago and UCLA Margo Leavin Graduate Art Studios campus in Culver City, California.

Sharon Johnston and Mark Lee were the artistic directors of the 2017 Chicago Architecture Biennale.

Regarding the studio's design philosophy, Sharon Johnston explained how they are working on the projects and how the Vault House was developed in response to the client's brief.

"We still work on houses a few every year, I think there is a kind of experimental place for us to think about, first of all, it provides a very intimate relationship with the client and I think it is about ideas that how architects can be tested to the intimacy of the house," Johnston explained in WAC interview.

"But, like all of our projects, we often work a sort of on multiple tracks and the Vault House was the first house that we have completed on a beachfront which is a pretty verified ecology in Southern California and it is increasingly challenged by the rising of sea levels, so there is incredible amount of limitations in that project.”

"It is fully regulated in everyday you can imagine technically," she added. 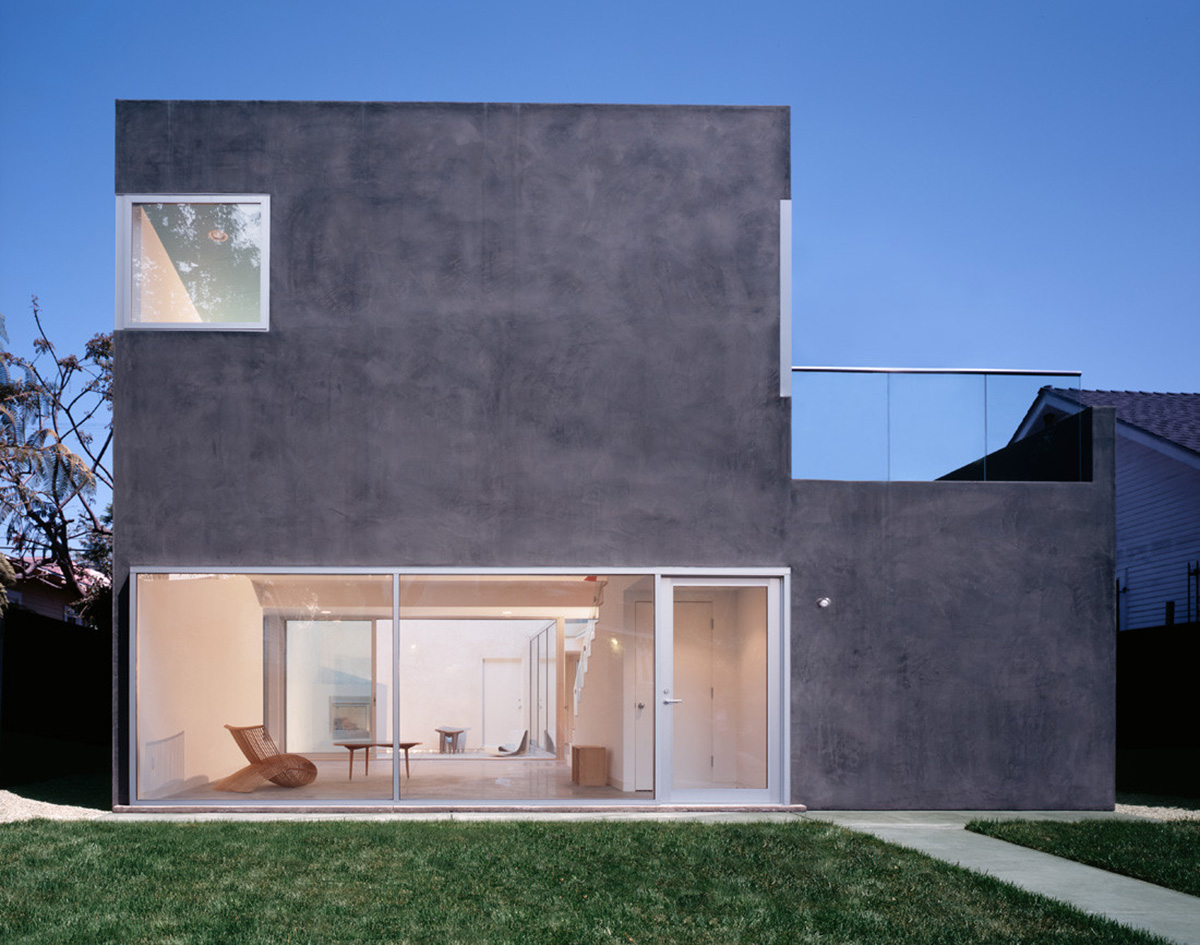 Sale House is located in Venice, California, USA, which was completed in 2004. Image © Eric Staudenmaier

In WAC's exclusive interview, Johnston talked about the impacts of the coronavirus pandemic by briefly touching upon the positive aspects of the current situation. According to Johnston, the pandemic has connected all over the world and provided an in-depth interconnection with the academy and the rest of the world.

"The pandemic highlights the kind of interconnection of academy and the rest of the world, architecture and with any discipline. So the knowledge of the academy how it can inform scientific practice, architectural practice and every kind of practice is really important," said Sharon Johnston.

"On the other hand, of course, I have to say the future is unknown. But in my experience with the Harvard GSD, a tremendous amount of work has gone into like to create a kind vibrant feedback loop and platforms we have exchanged to help solve some of these challenges."

"But there have been some positive benefits of this, I believe there is a level interconnectedness through these kind of platforms that we are talking through digitally," she continued. 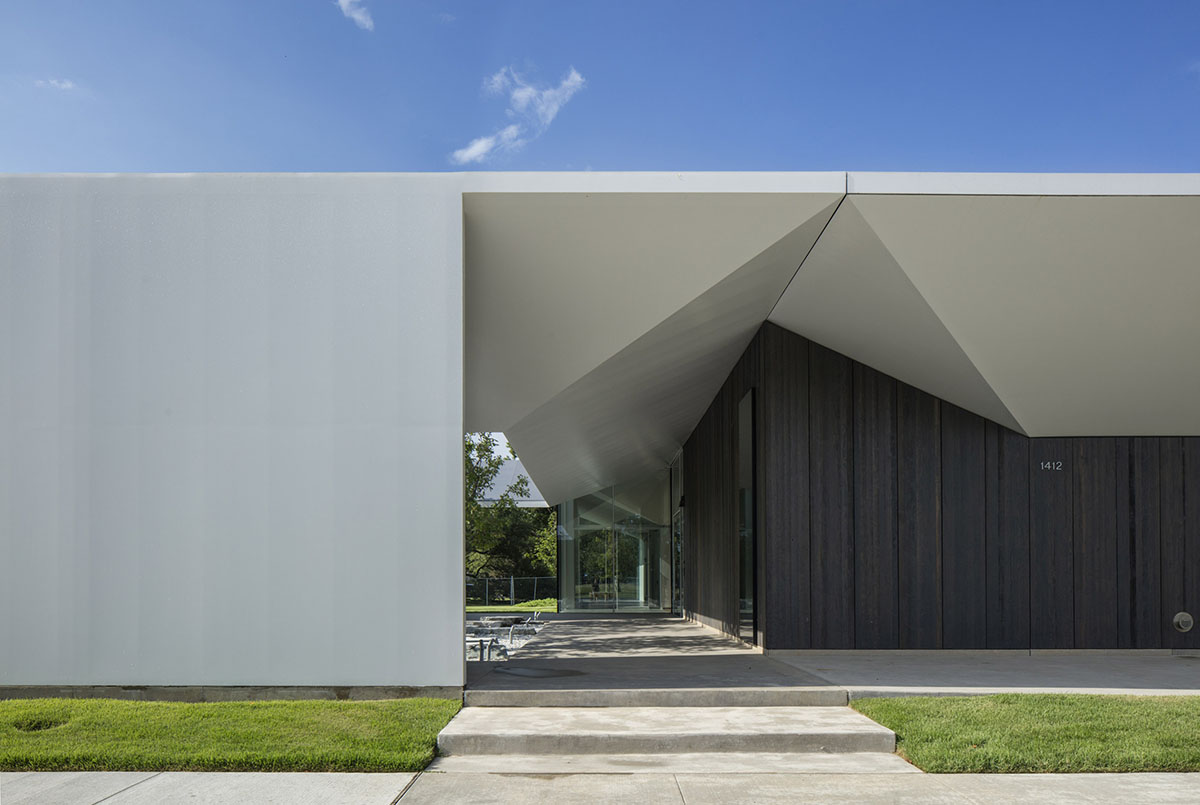 "But from the making part, which is a really challenge, speaking first as a professional, for example; we haven’t made any models in the past five months, and it is the major part of how we make our work."

"But as teachers that we have done is trying to interrogate most of our presentations in new ways based on the limitations that we have."

"We try to figure out time-based representations, not with so much video work, but thinking about for students and these kind of challenges of communication to use a platform as a way to help refine the modes of presentations with verbal or graphic."

"I think there will be more hybrid models, we use our office differently and use digital platforms differently.”

"I think maybe there are some advantages to how are learning from our practice in different way," Johnston added. 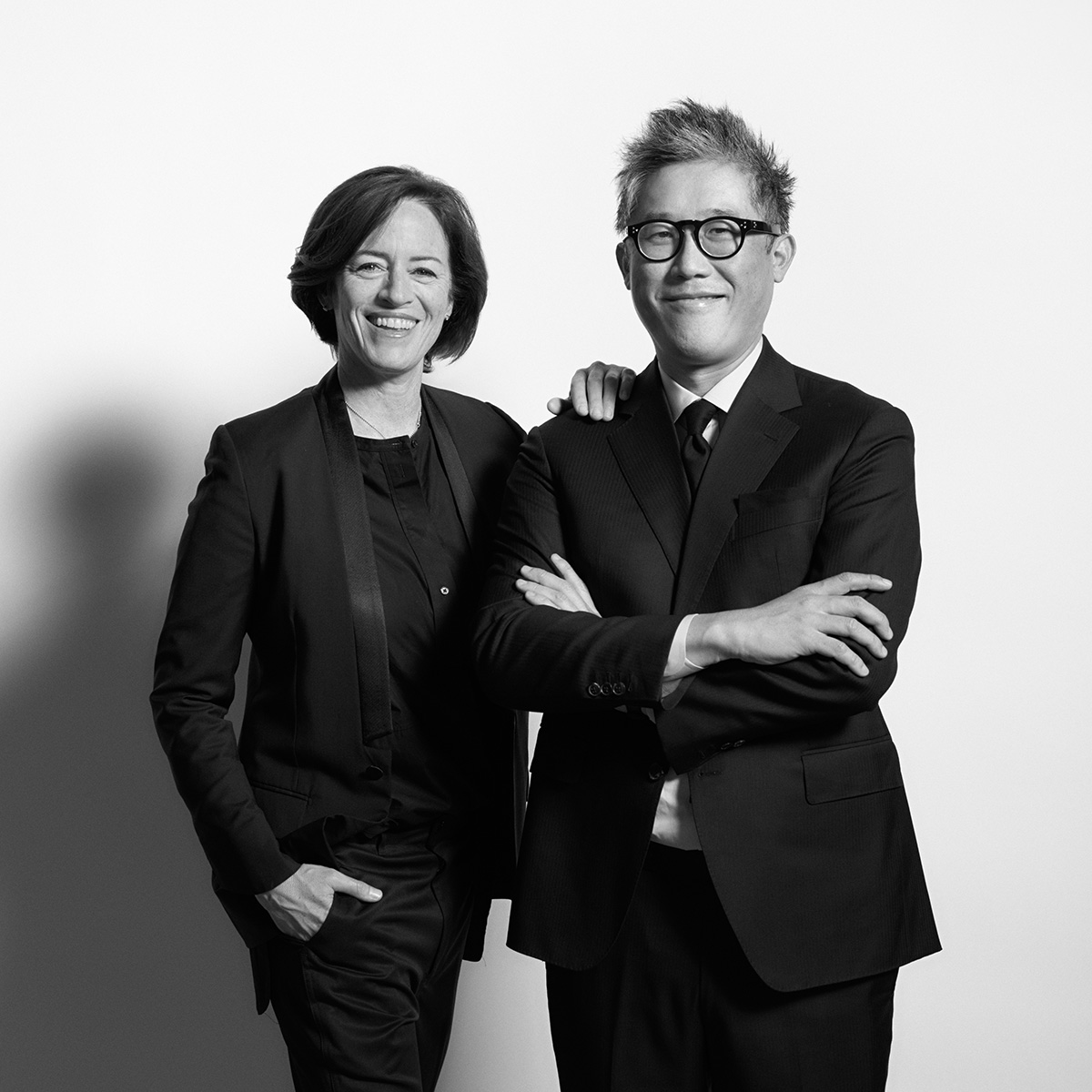 Speaking about a lack of connection between academia and practice, Johnston stressed that "there is a gap in the US between the discourse of the academy and the profession."

However, on the other hand, she said that there are other urgent societal issues are discussed widely in the academy and those problems are brought through studio works that students work on.

"In the US, the model of education is different," Johnston said.

"For example, when you graduate from ETH Zurich and you are licensed as an architect, there is a level of technical training in the academy along with sophisticated design and research through studios. Generally speaking, perhaps, it is more a deeper education."

"When you graduate from here, as I and Mark always say, you still have a lot of training to do as a kind of internship to become an architect."

"I do I think, there is a gap in the US between the discourse of the academy and the profession."

"But professors and practices are certainly part of a lineage of bringing those things closer together. We don’t invest much time in administrative work in the academy, but our investment in professional practice and the kinds of projects that we are doing are part of our research."

"On the other hand, one thing really exciting about this moment is that many societal issues, like equity, social justice or the current situation, I think the urgency of those issues is going to bring perhaps collapse, like what is happening in the world and what is happening in the academy, but there is such an excitement around being really sensitive up to addressing these challenges within the studio problems.

"They are all happening in different degrees," she explained.

"I think that is really opened up the discourse given focus on the challenge and opportunity to embrace and bring together the societal issues, with questions that are happening in the academy around form and technology, and climate. I think they will bring close the profession and the academy together. I think that’s exciting." 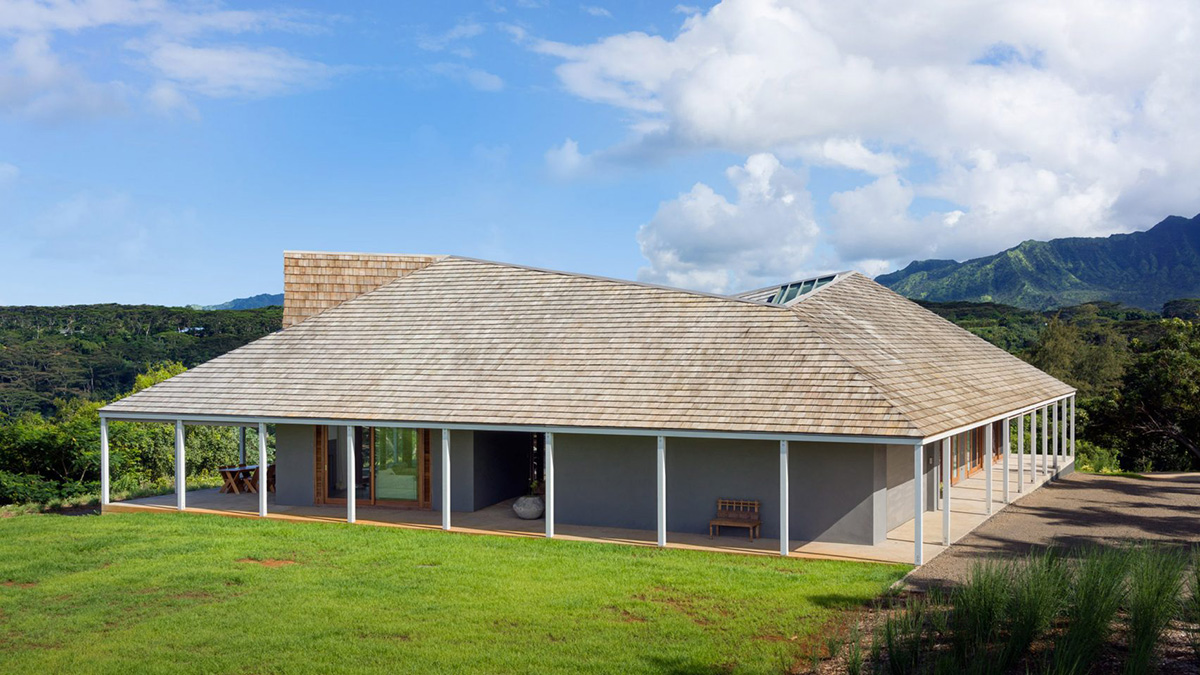 Reinier de Graaf, Partner at OMA, also criticized American architectural education in an exclusive interview with WAC and he said: "there is a big gap between academia and architectural practice, and that there is an ignorance of the economic system that buildings are part of."

"The exorbitant price students pay for architecture education in countries like the US obstruct the learning process," De Graaf added.