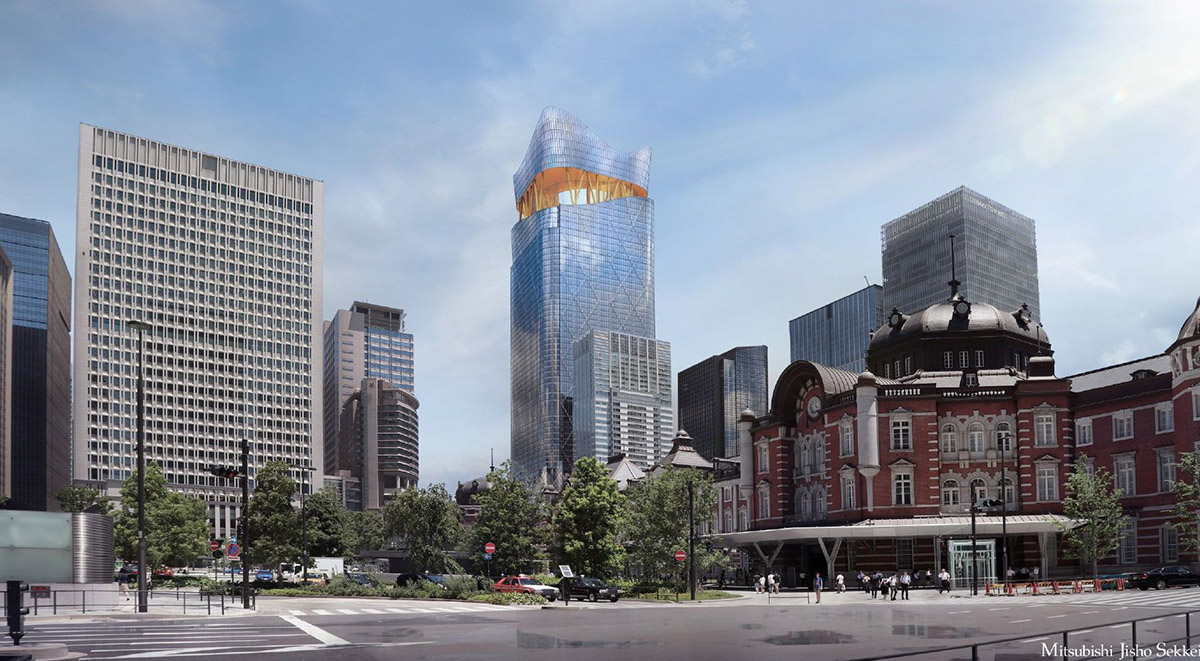 Japanese architect Sou Fujimoto's firm Sou Fujimoto Architects has revealed design for the top part of Torch Tower in Chiyoda ward, Tokyo, which is set to become the tallest skyscraper in Japan.

For the project, Fujimoto collaborates with Mitsubishi Estate Company, and Mitsubishi Jisho Sekkei, Inc. and he will design the upper part of the tower as part of a wide $4.8 billion masterplan called Tokyo Torch.

Announcing news on his Instagram account, he said the tower will reach at 390 meter (1,280 feet) and will "create the new typology of high-rise building to have a large semi-outdoor Hill-like-Plaza in the middle of the building around the height of 300m." 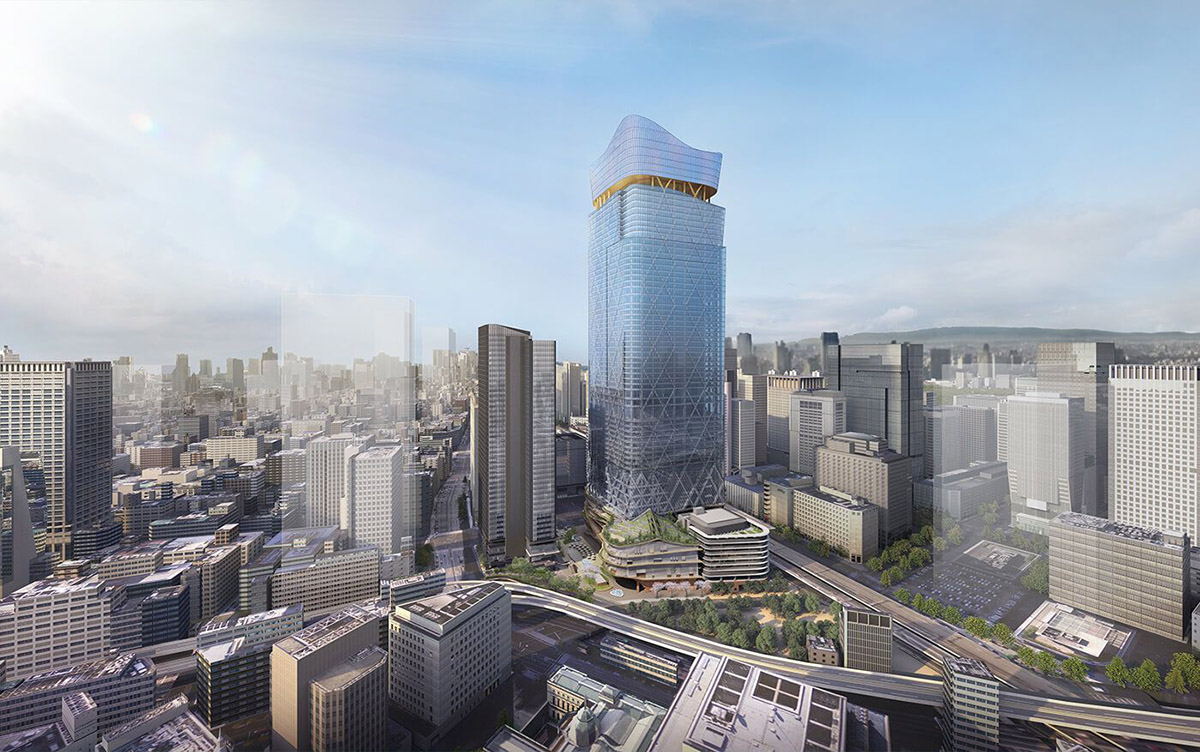 Fujimoto said that the Torch Tower will act as "a Place for People" instead of "an object". The tower will be connected to the city’s Otemachi subway stop, right next to Tokyo station.

Scheduled to complete in 2027, on the top part, there will be a generous semi-outdoor plaza at around 300m for people to meet and enjoy the views towards the city.

Apart from that, the tower will contain commercial facilities, offices, hotels and public spaces. On the lower levels, there will be shops, restaurants, a bathhouse, and a 2,000-seat, multi-purpose venue. 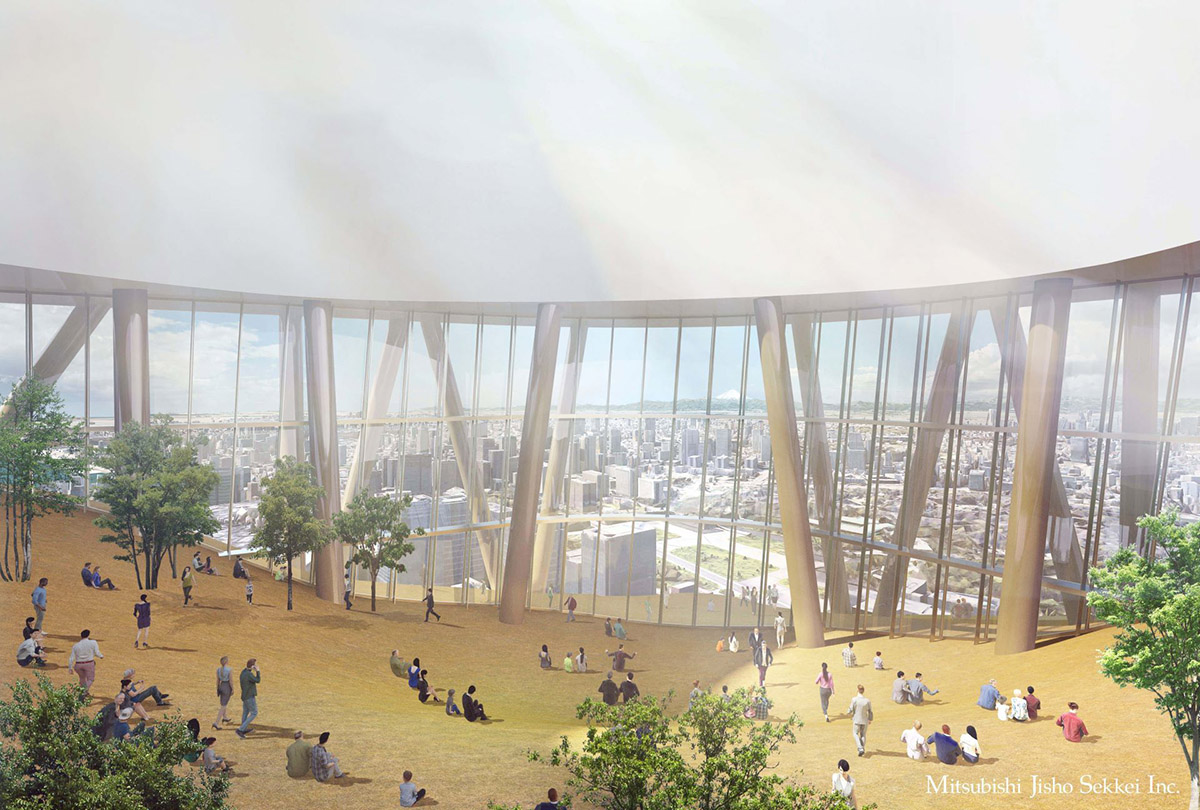 The Torch Tower will have a large semi-outdoor Hill-like-Plaza in the middle of the building around the height of 300m.

As CNN reports, the tower's upper part will contain a boutique hotel that has 100 rooms. For the design of upper part, Fujimoto was inspired by "a flaming torch that lights up the world." 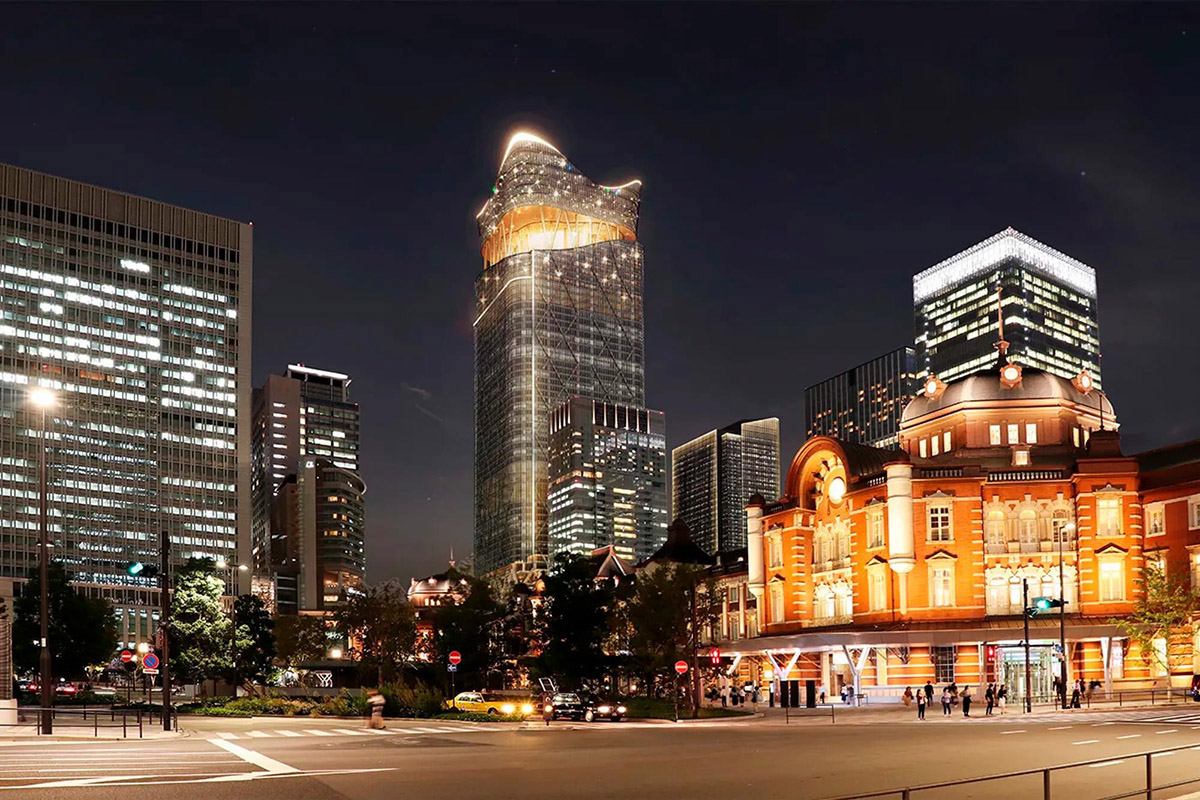 Covering a total of 544,000-square-metre area, the Torch Tower will have 63 floors above ground and 4 floors below ground.

In the interior of the plaza, it is understood from the rendering that a large hilly landscape will allow people to walk and move freely among trees, while giving the feeling of they are moving outside. 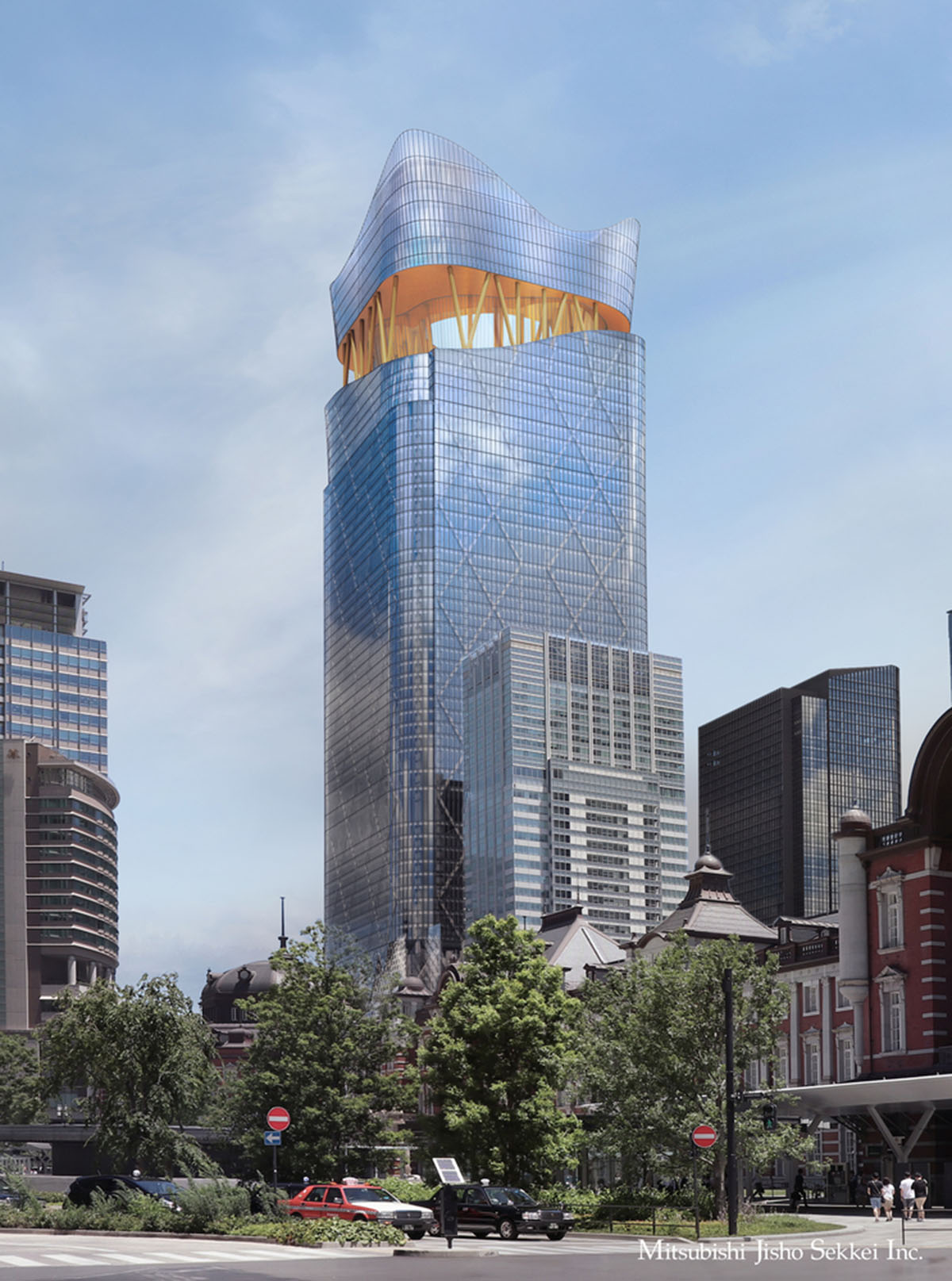 Currently under construction at site, the developers claim that the Torch Tower will enjoy Japan's "highest level of seismic resistance." There is a second high-rise tower, named Tokiwabashi Tower, on site, the Tokiwabashi Tower, reaching at 212 meters, will be completed this year.

The Tokiwabashi Tower will include 7,000-square-metre public plaza enriched with plenty of greenery, which will be separated from the Torch Tower. 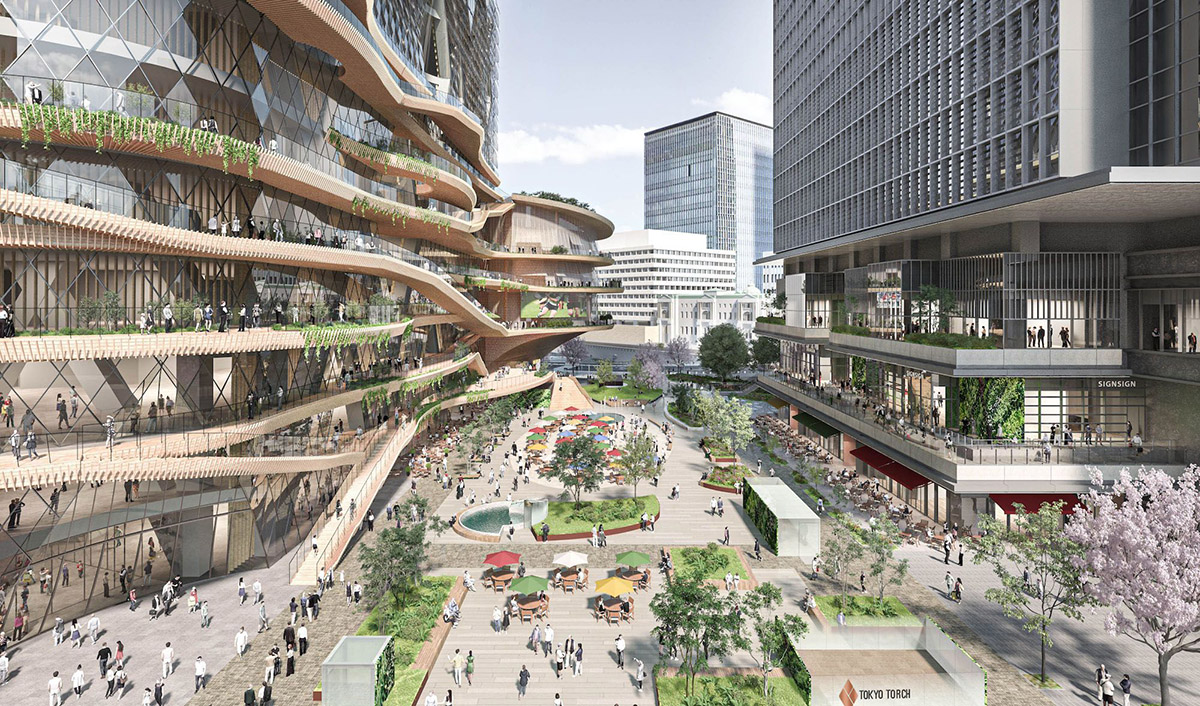 The Tokiwabashi Tower will have a 7,000-square-metre public plaza that will be separated from the Torch Tower.

Number of floors: 63 floors above ground / 4 floors below ground