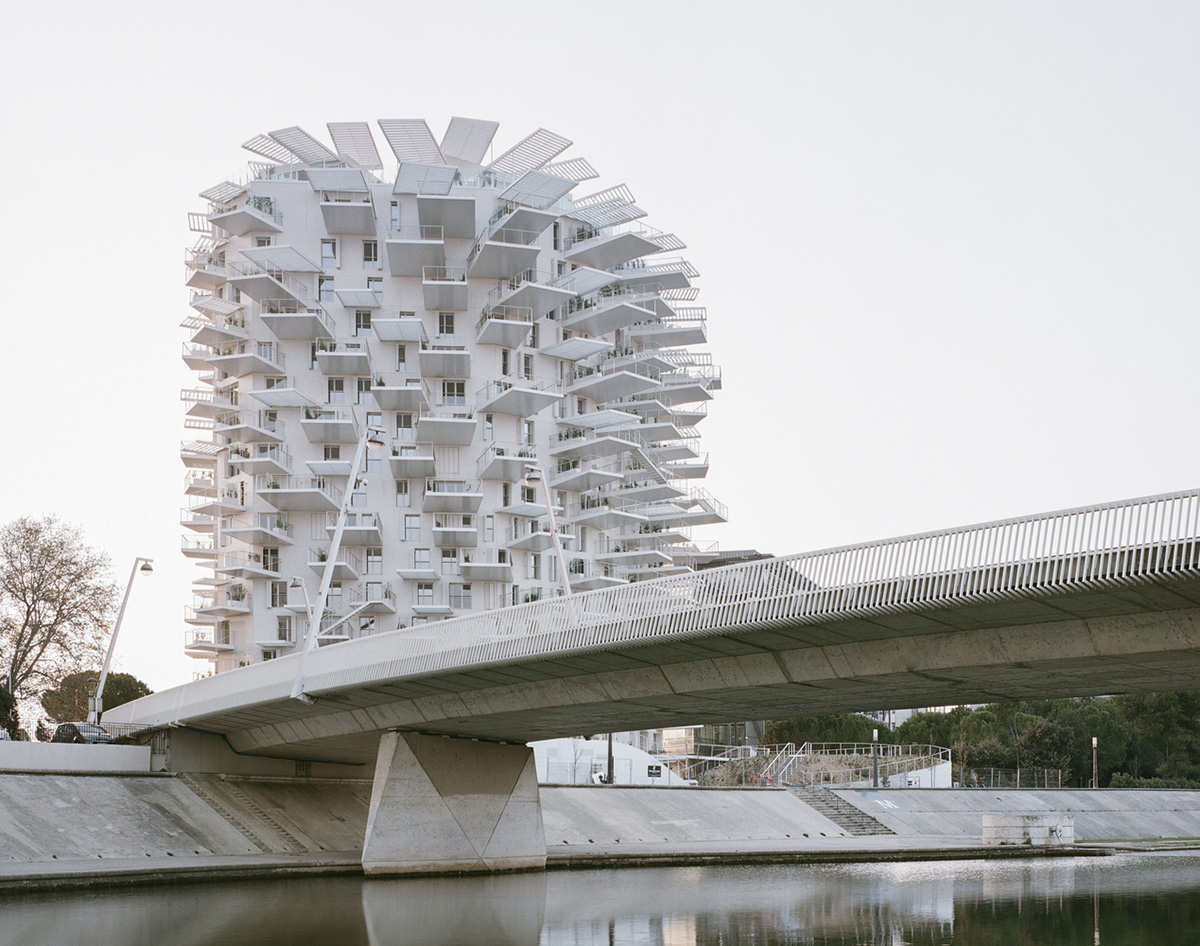 Japanese architect Sou Fujimoto has completed a mixed-use tower in Montpellier, resembling a tree with protruding balconies that branch off the trunk.

Designed with Nicolas Laisné, Dimitri Roussel and OXO Architectes, the tower, named L’Arbre Blanc (White Tree), includes housing, a restaurant, an art gallery, offices, a panoramic bar and communal areas in which its overall design pays tribute to the tradition of "outside living" in Montpellier, France. 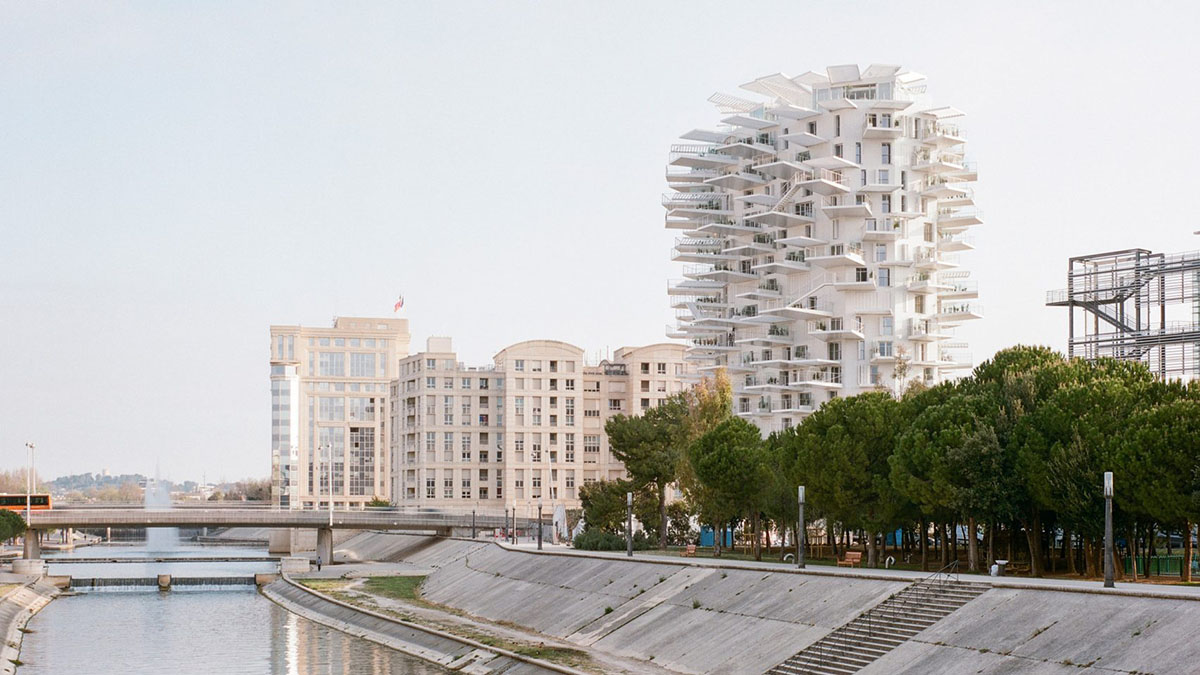 Situated in a strategic position for the regional metropolitan area - halfway between the “old” and “new” sections of the city, this seventeen-storey tower affords sweeping views of the sea, the Pic Saint-Loup, the city, and the River Lez below.

The White Tower includes 113 apartments with protruding balconies that mark the building as a white real tree. In 2013, the Montpellier City Council launched the "Folie Richter" competition and asked to design a "modern folly" and to enrich "the city's architectural heritage".

Then Fujimoto, Laisné, Roussel and OXO Architectes decided to collaborate on the project to seek inspiration from nature even if they express it in very different ways. On the Arbre Blanc, these four visions would be mutually enriching. 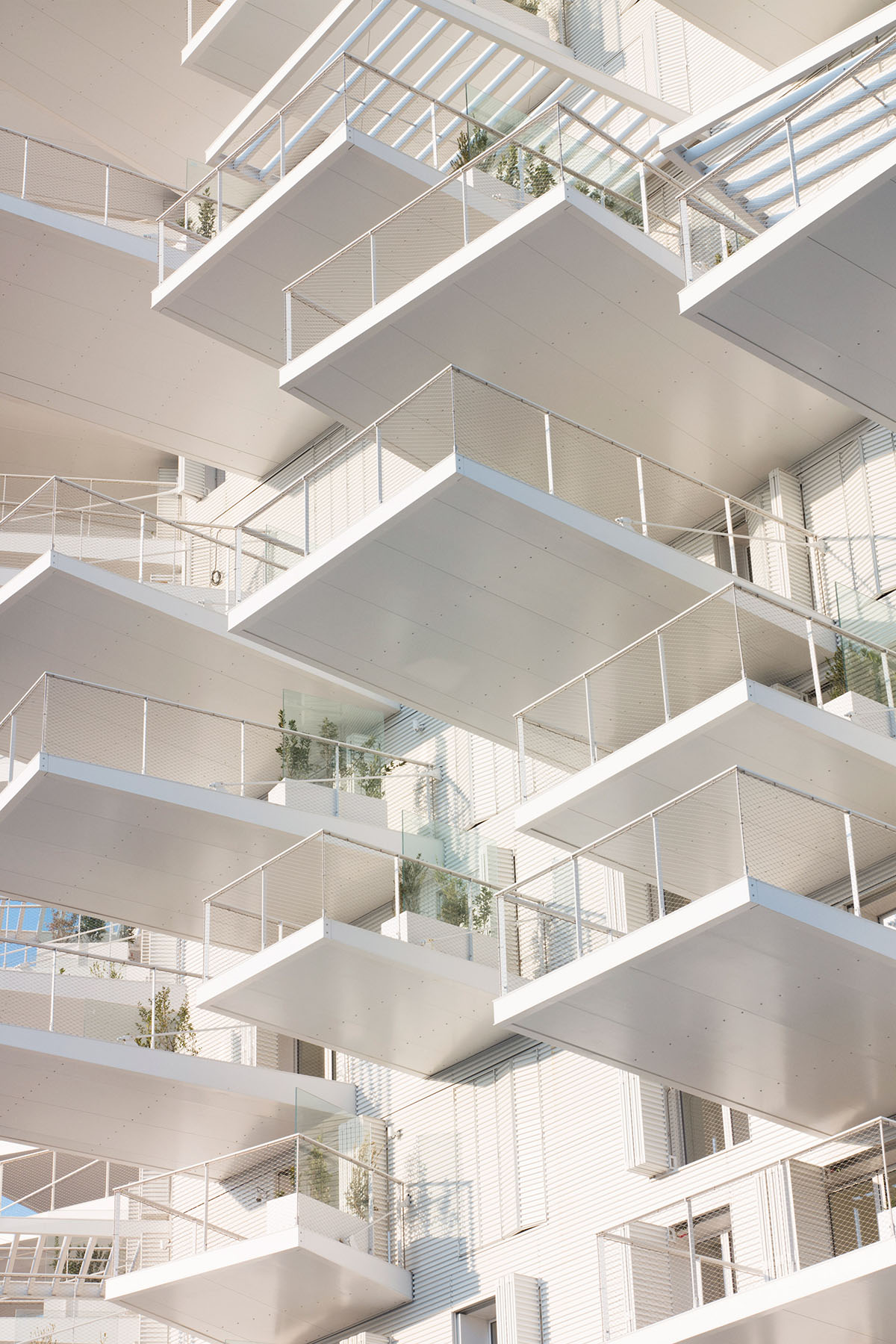 "L’Arbre Blanc draws from two cultures, one Mediterranean, one Japanese. The building’s walls are thick and porous, making it possible to live both inside and outside," said the team.

"Outside areas are unusually large and designed as fully-fledged living environments. The depth of the hanging gardens and the facilities they provide, make this the only building of its kind in the world." To reinvent the 21st Century version of the folly, the architects focused on the "humanistic dimensions", creating public spaces at the bottom and top of the building. The ground floor is a glass-walled space opening out onto the street, while a bar is placed on the roof which is open to the public. The roof also includes a common area for residents, so that even the owners of first-floor apartments can enjoy the view.

But what sets the project apart is its design. The four architects devised a building inspired by a tree, with balconies that branch off the trunk and shades that sprout out of and protect its façade. The attention paid to its setting, and to local lifestyles, guided the architects throughout the design phase. 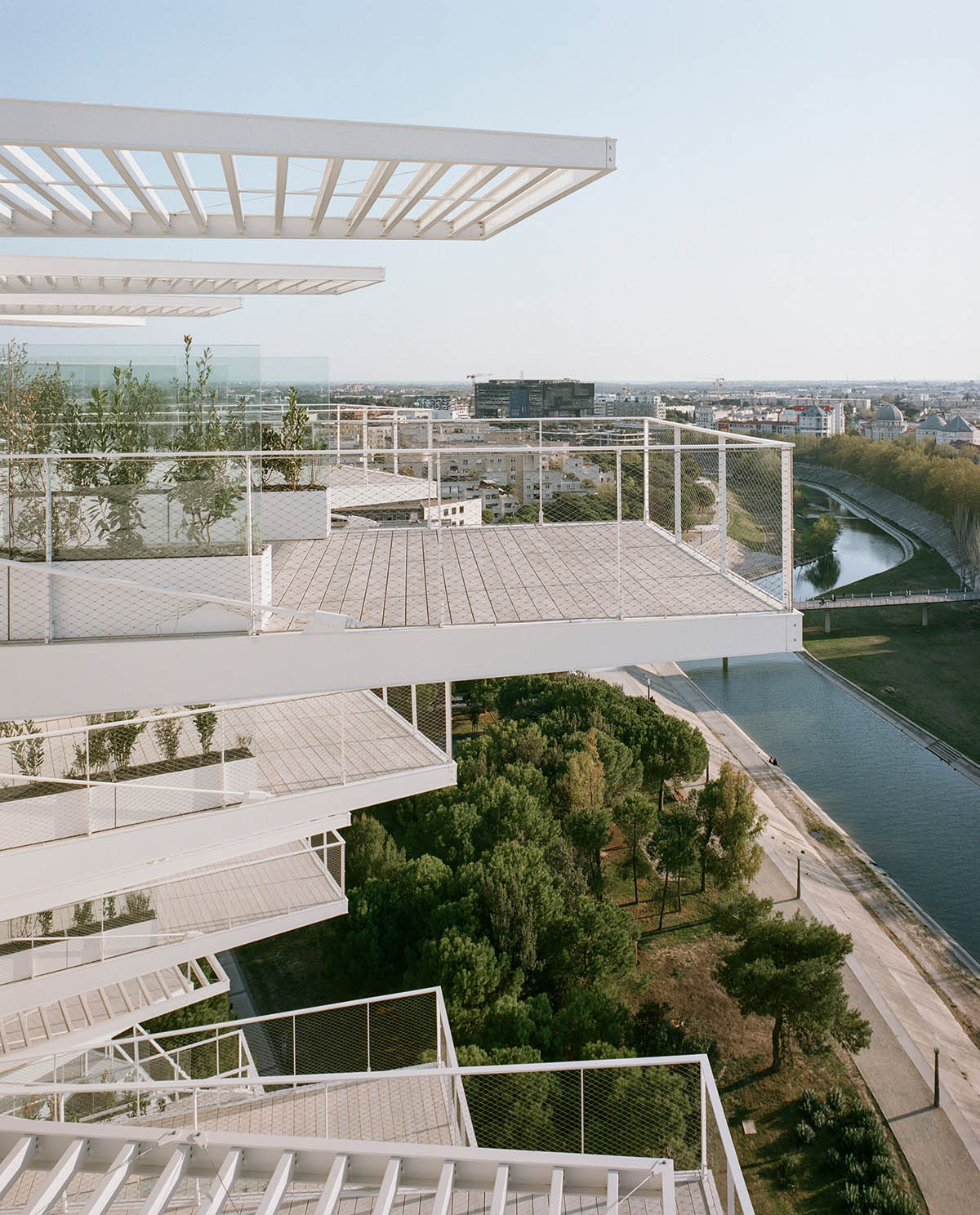 The many balconies and pergolas are another interpretation of outdoor living and enable a new type of relationship between residents. Each apartment boasts an outdoor space of at least 7 square meter (the largest is 35 square meters), with multiple levels of privacy and layout options; residents of the duplex apartments can move from one balcony to the other.

So that all apartments have pleasing views, the architects sculpted the blueprint with a series of spatial experiments using physical 3D models. The many technical innovations of L’Arbre Blanc include the terraces, whose cantilevers, which are up to 7.5 metre-long, constitute a world first. 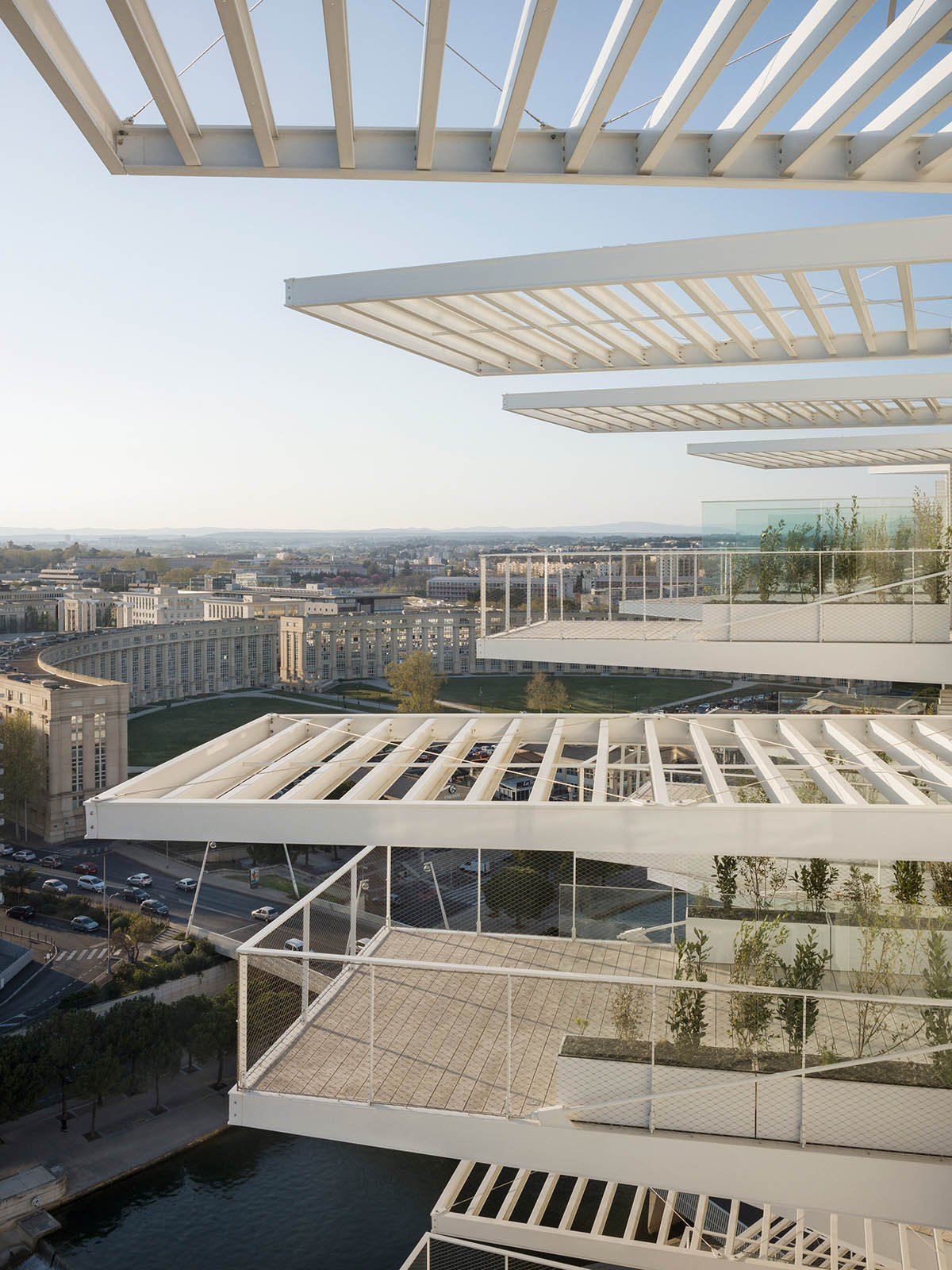 These exceptional outside spaces are fully-fledged living rooms which are connected to the dwellings in such a way as to allow residents to live inside and outside, a luxury for a city bathed in the sunshine 80% of the year!

"The proportions of the balconies emphasise this aim to embrace the outdoors, as do the leaves that fold out in search of the sunlight. These generous balconies are also a response to the need for environmental solutions closely tailored to the “ecology of the south”, added the architects.

"Forming an effective protective veil for the façade, they provide the necessary shade and break up skew winds to help air circulate more harmoniously." 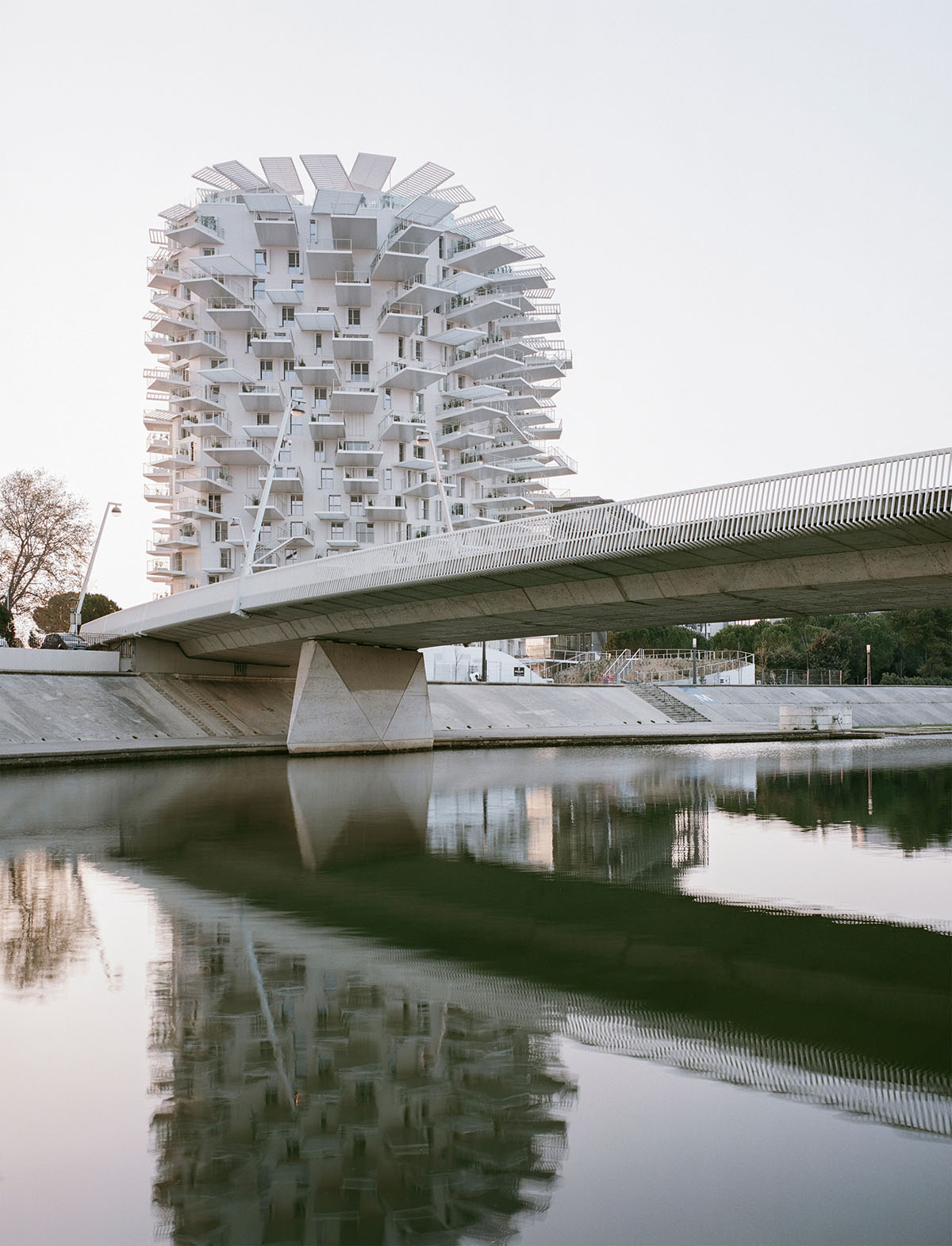 The architects adopted a new take on tower living for this mixed-use development. To cure inaccessible tower syndrome, there was a real focus on public space, including extending a landscaped park along the Lez River and opening the tower up to the public.

An art gallery takes place on the ground floor, while a bar is situated on the roof level which is linked to a panoramic garden. "By allowing people to take physical ownership of the tower, it will become an object of pride for the people of Montpellier and a tourist attraction," added the architects. 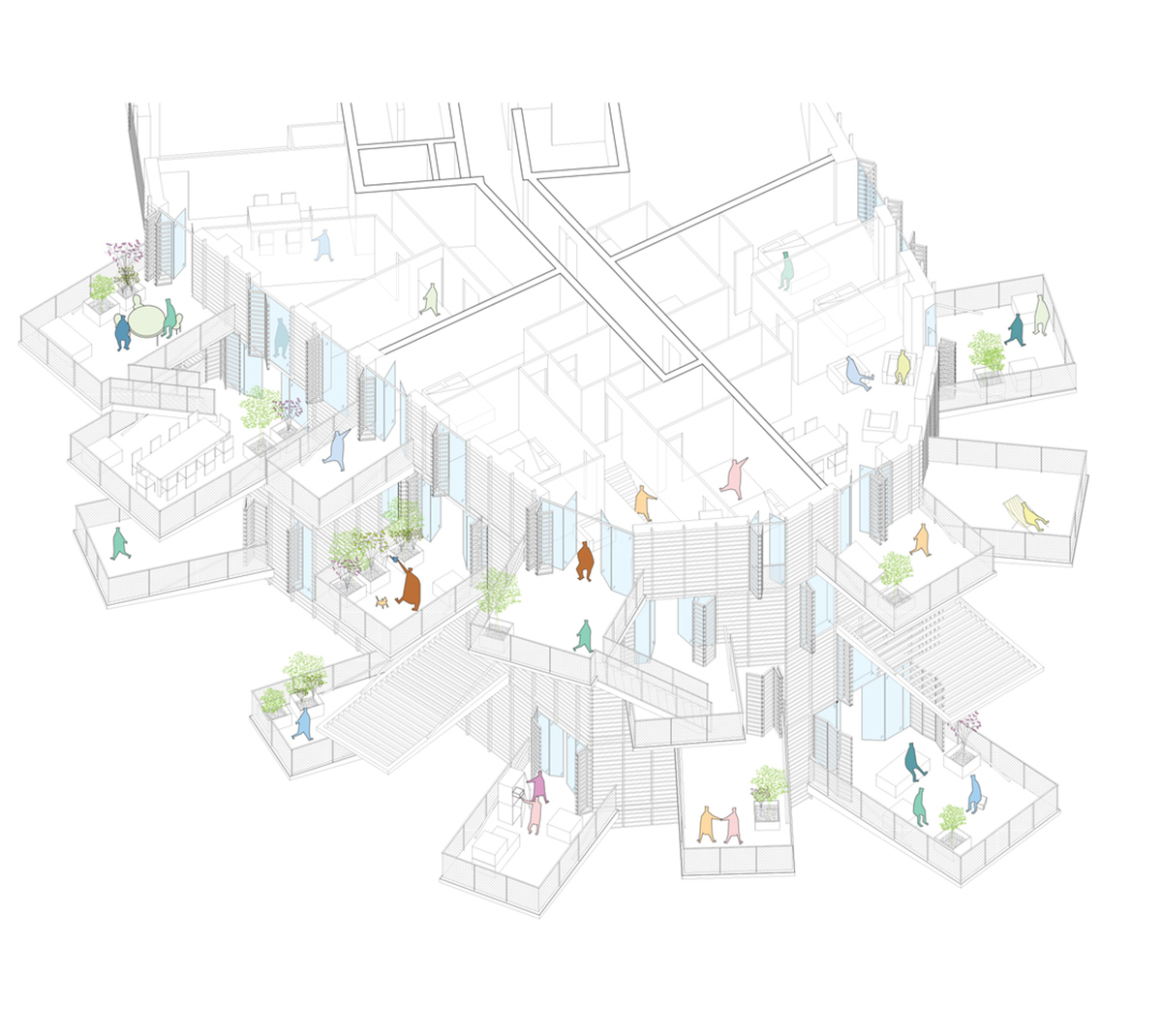 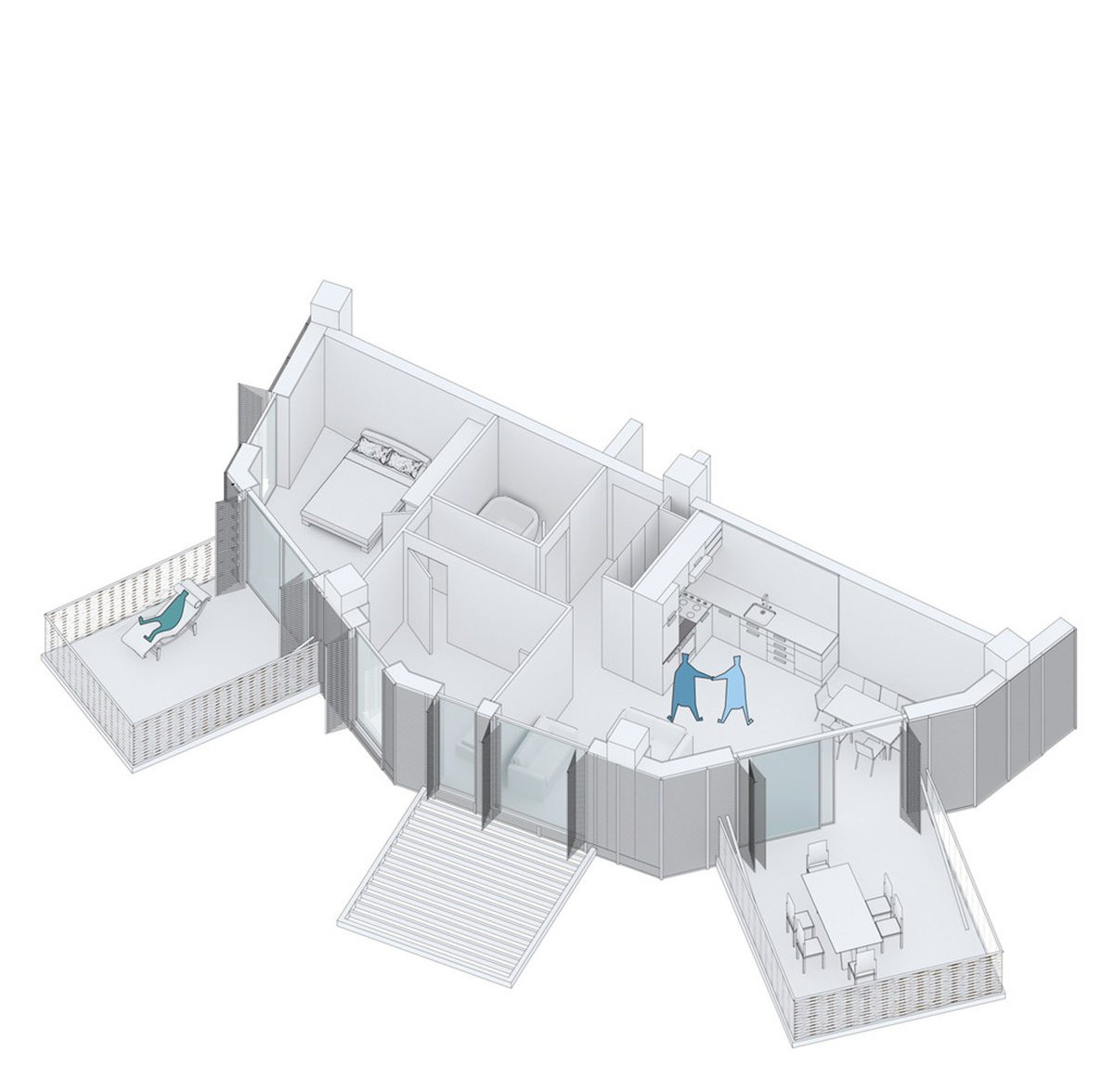 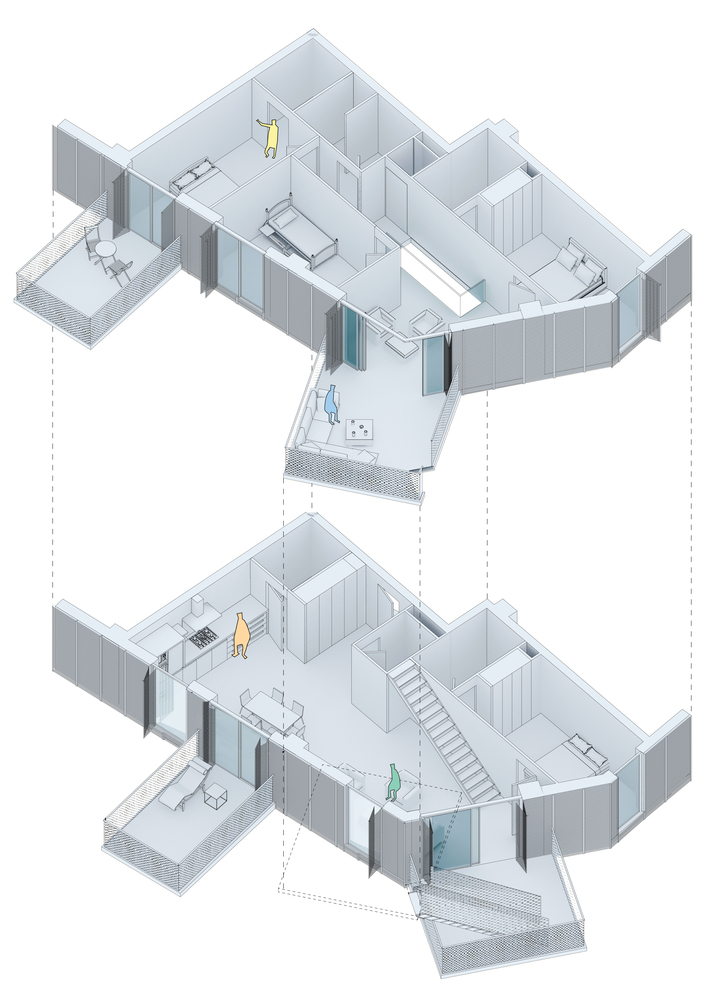 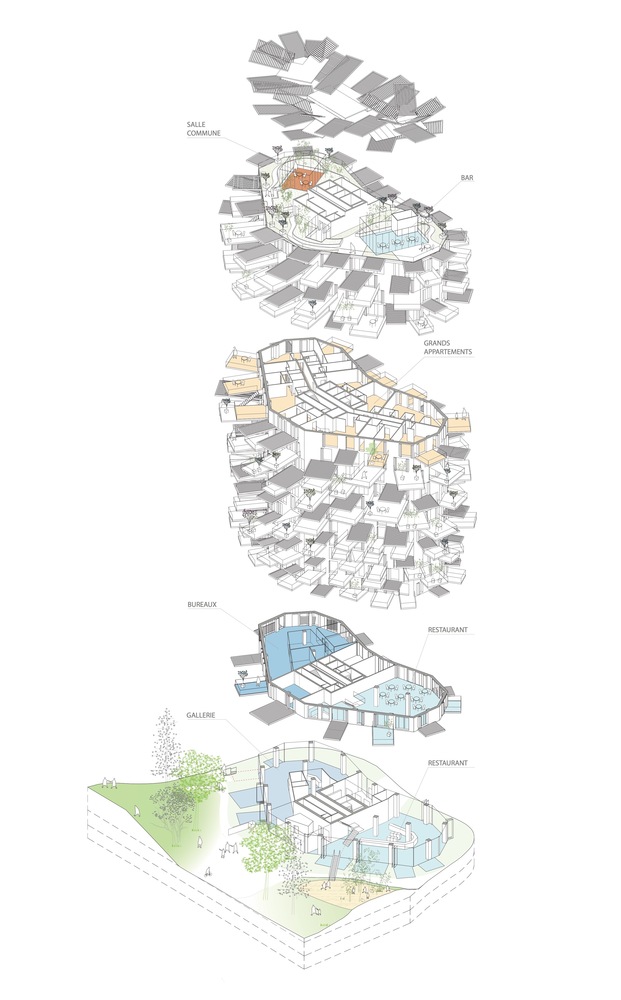 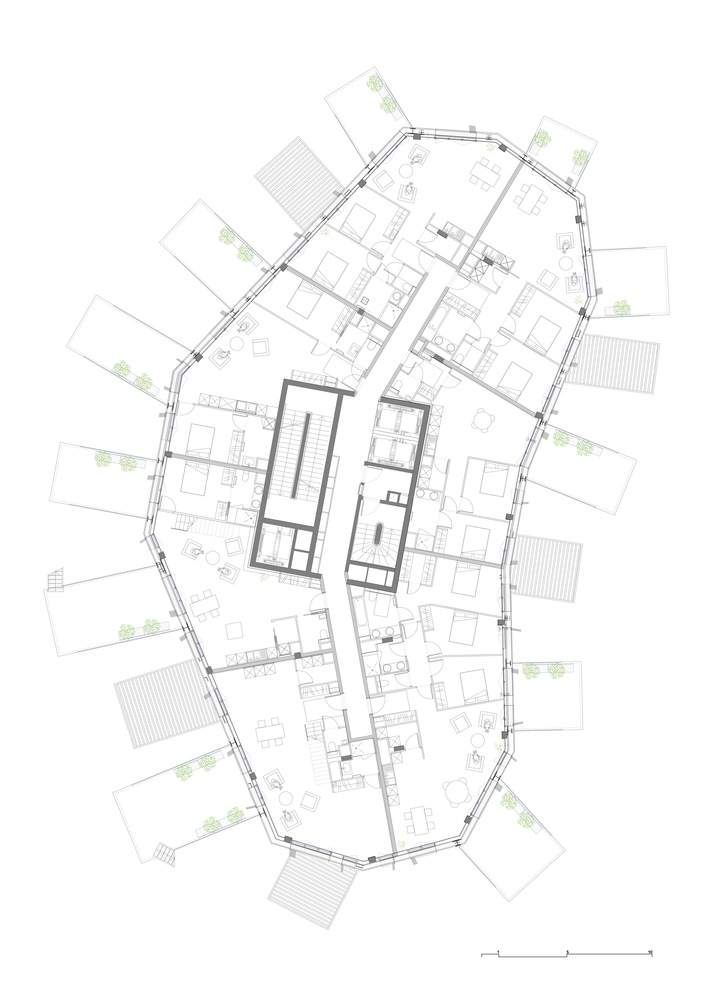 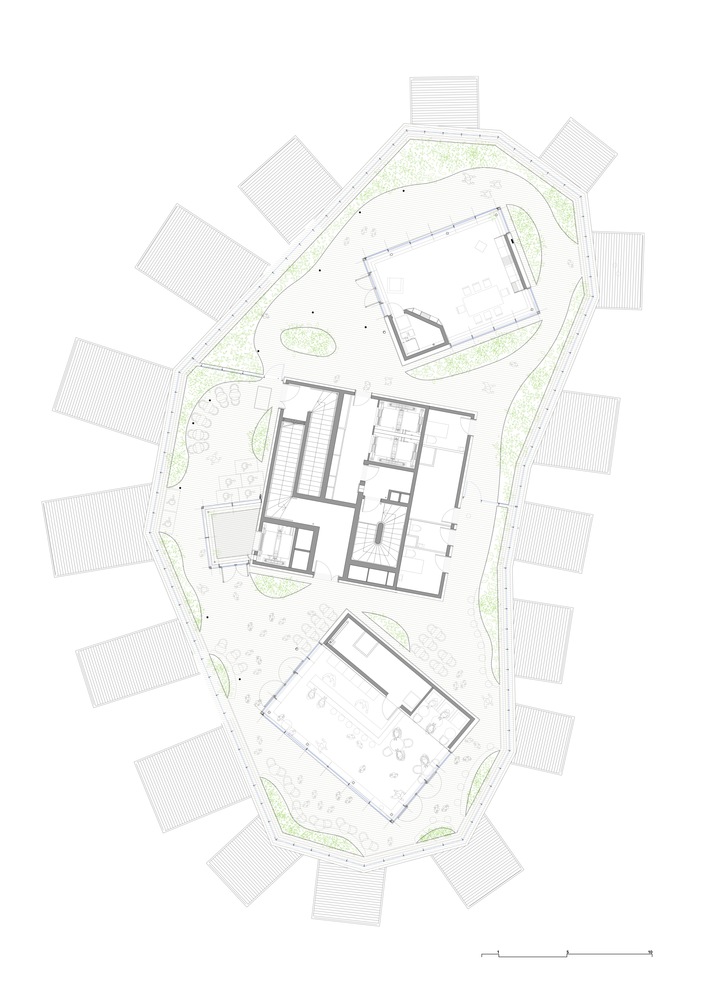 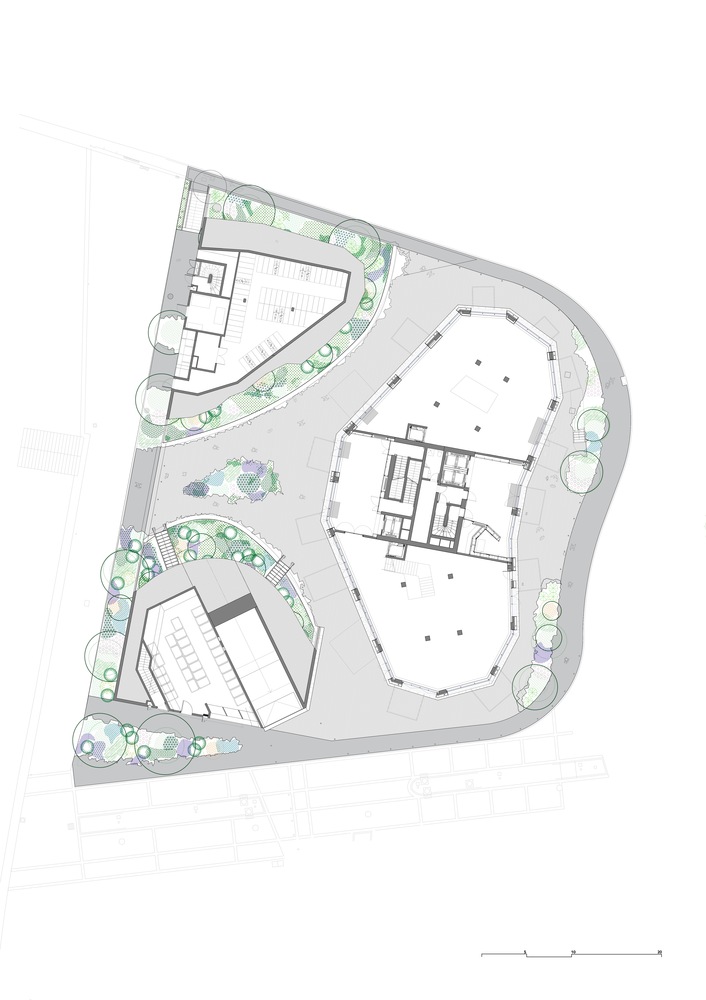 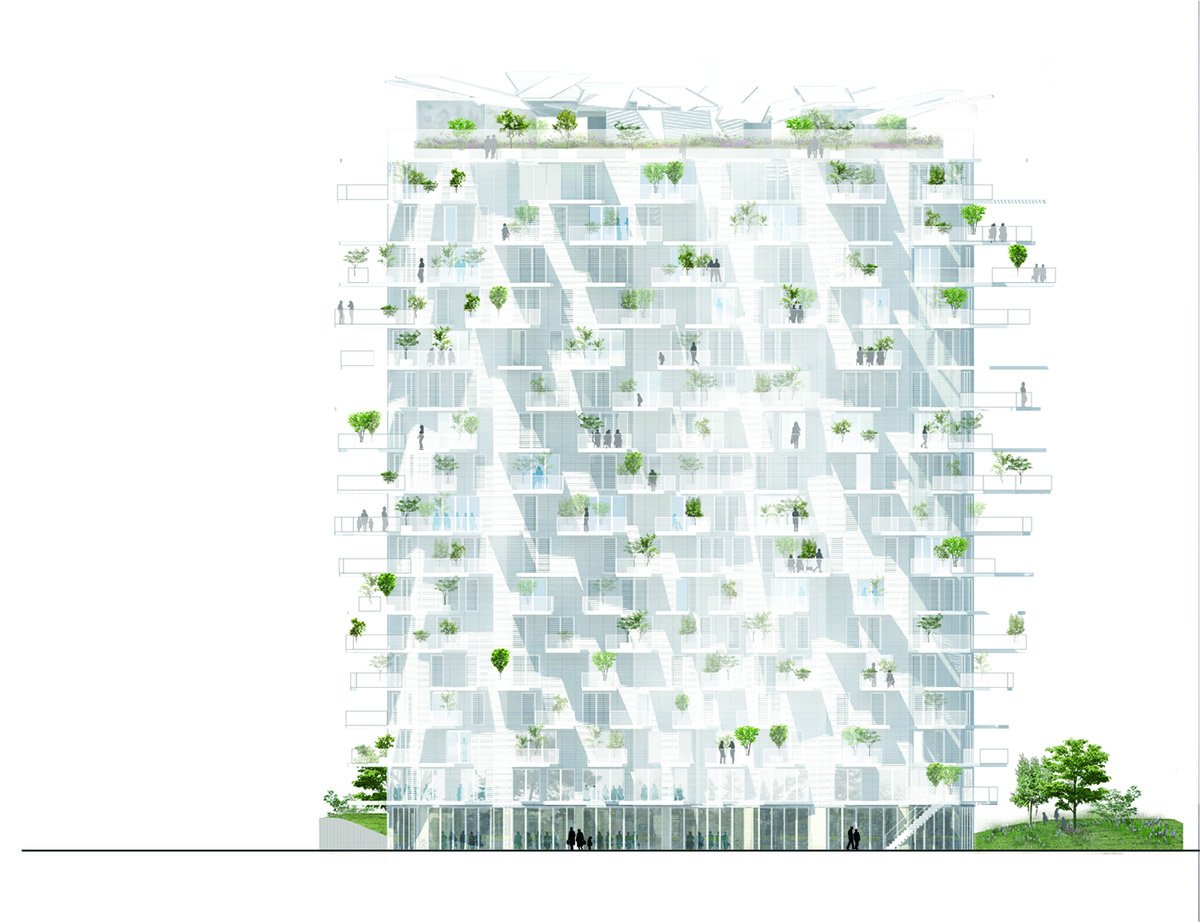 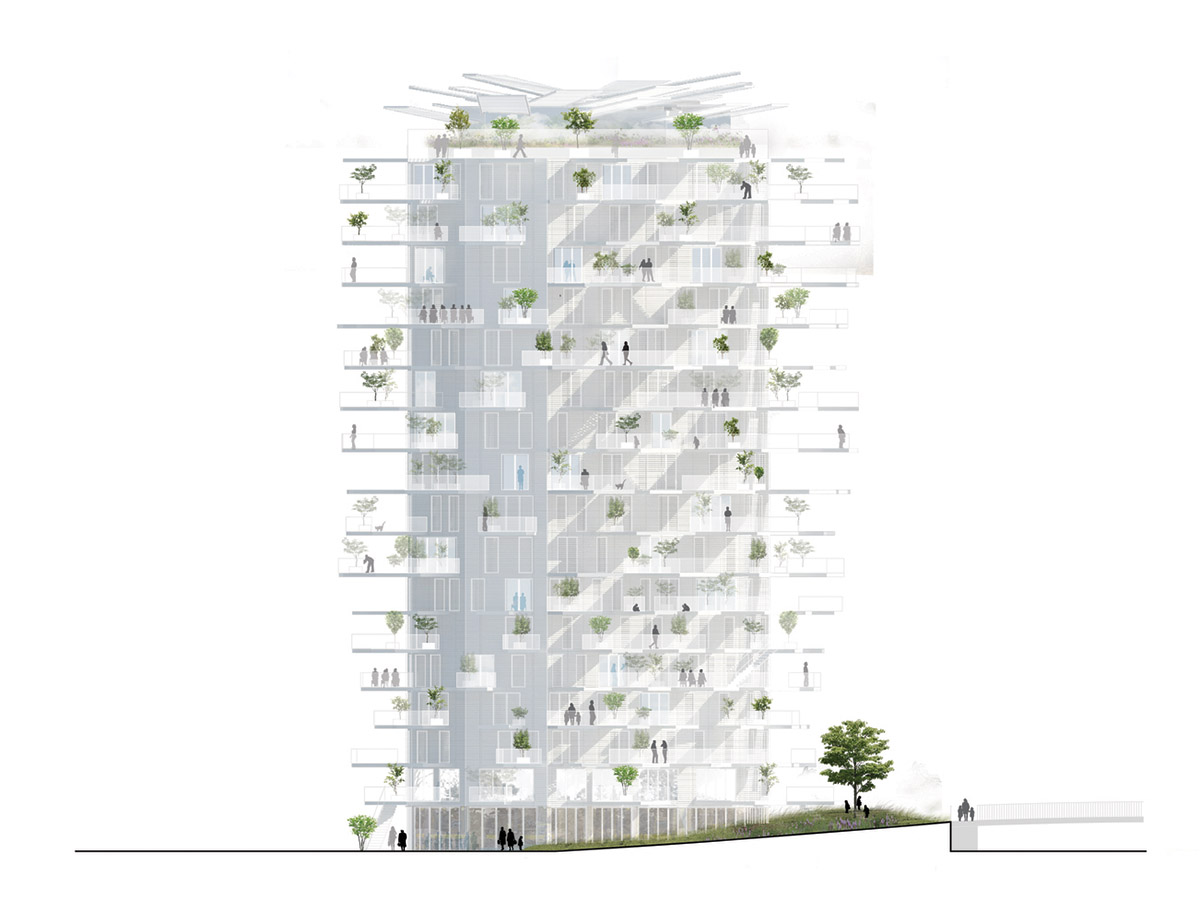 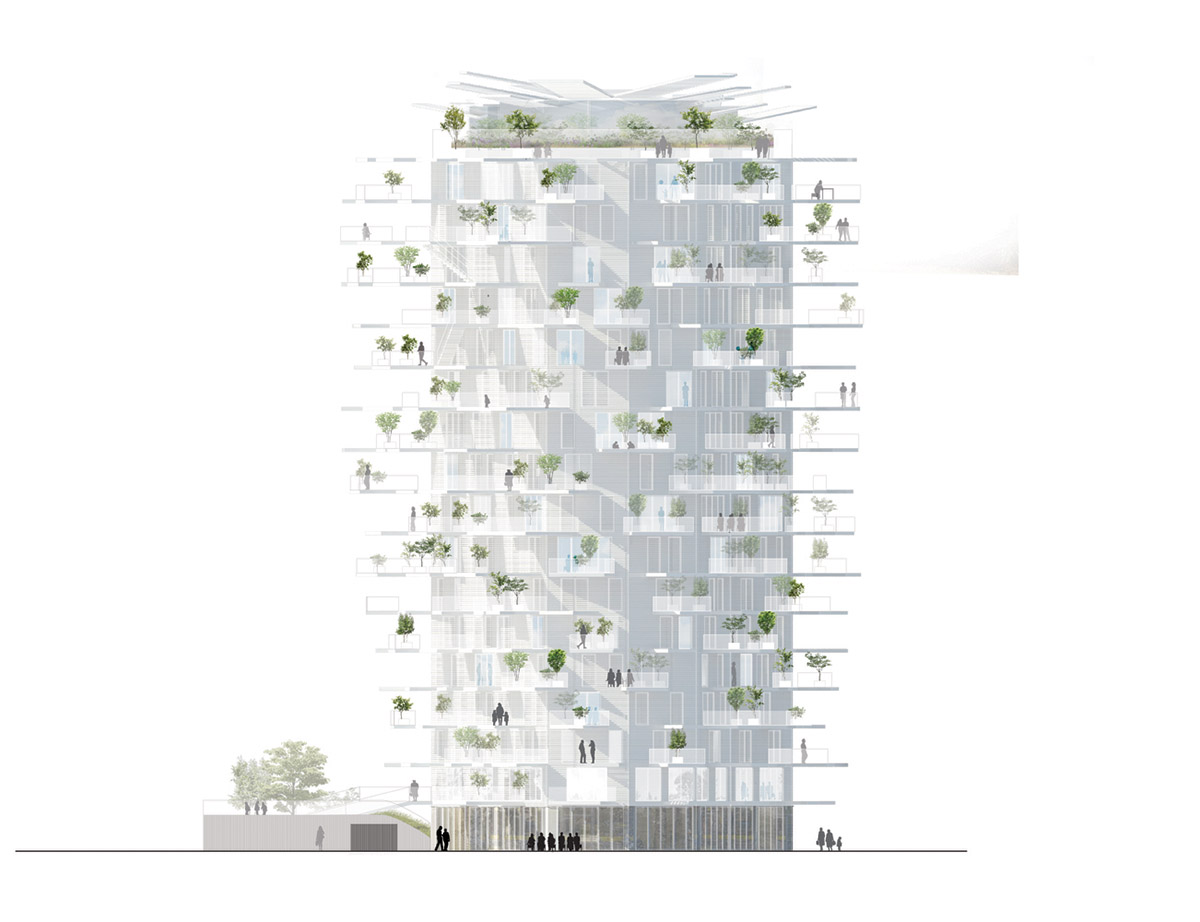 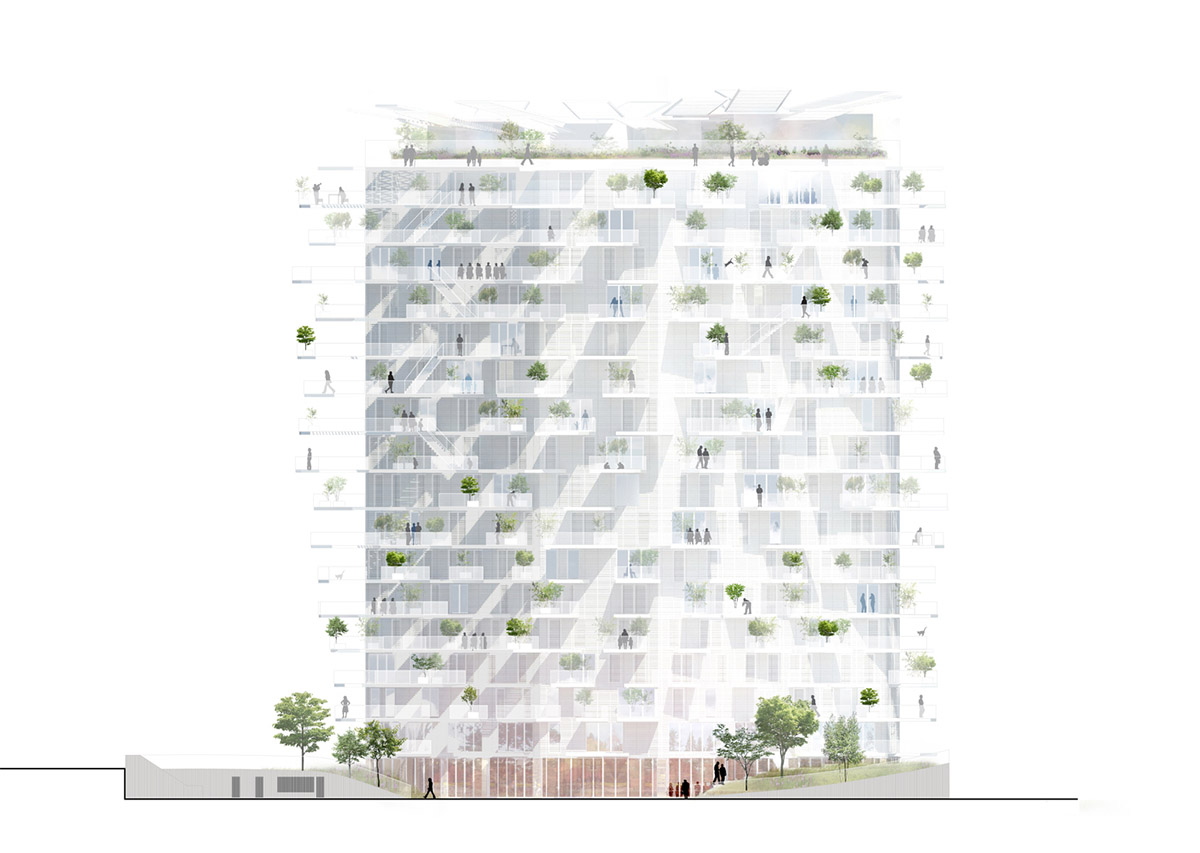 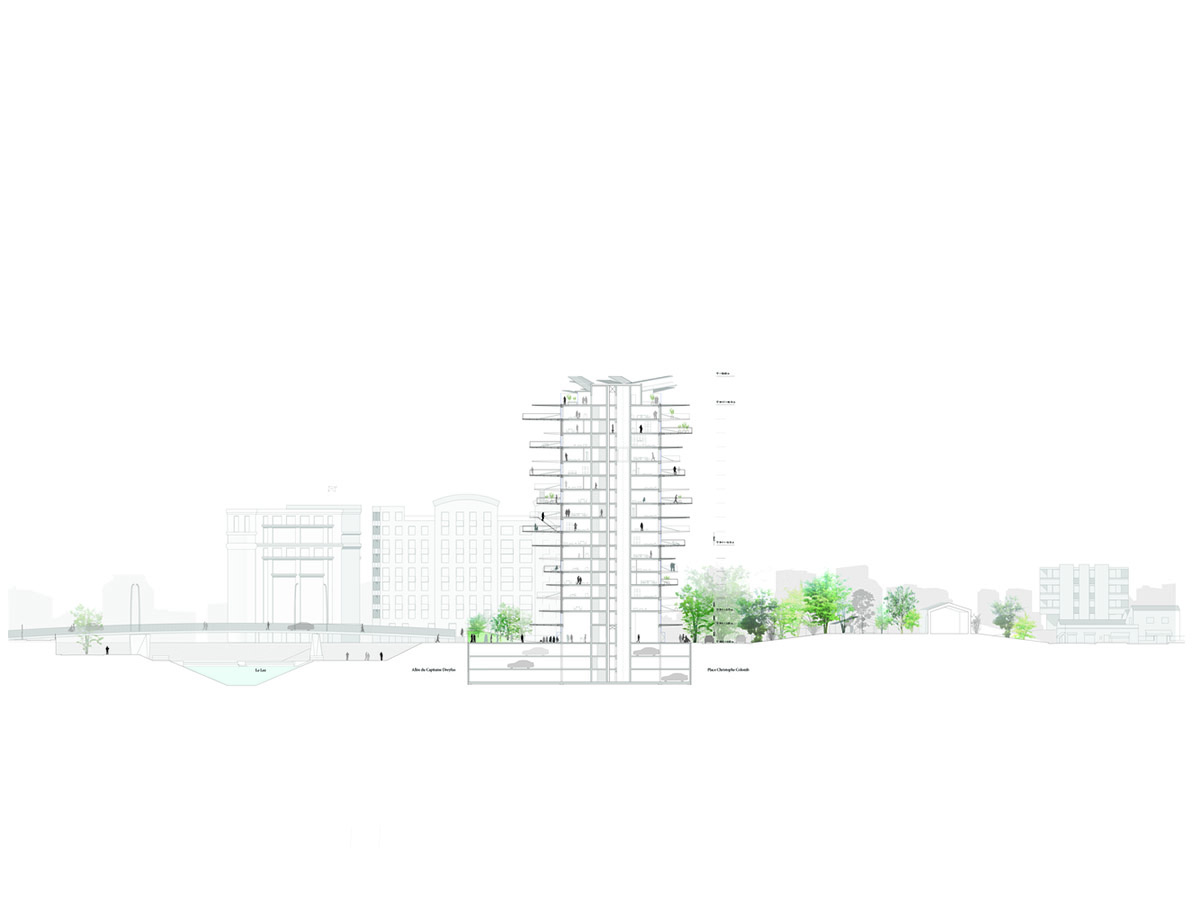 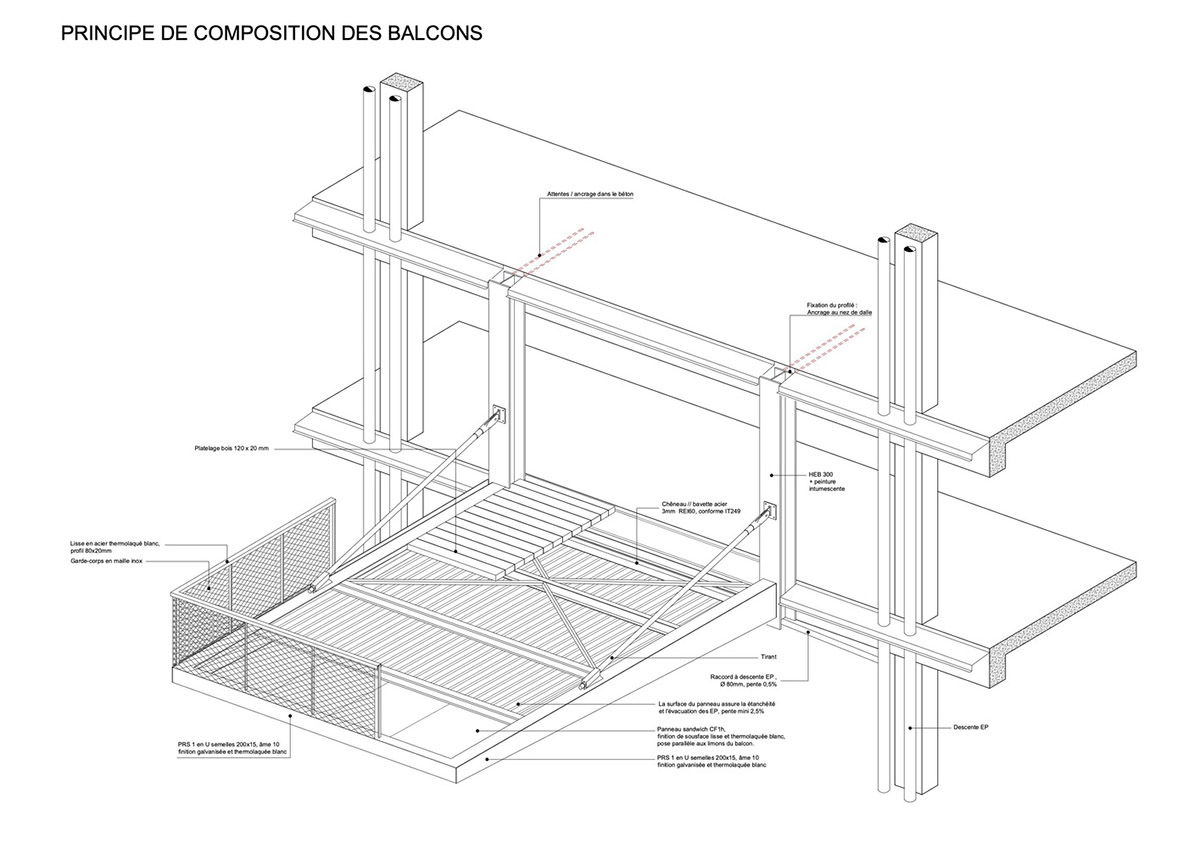