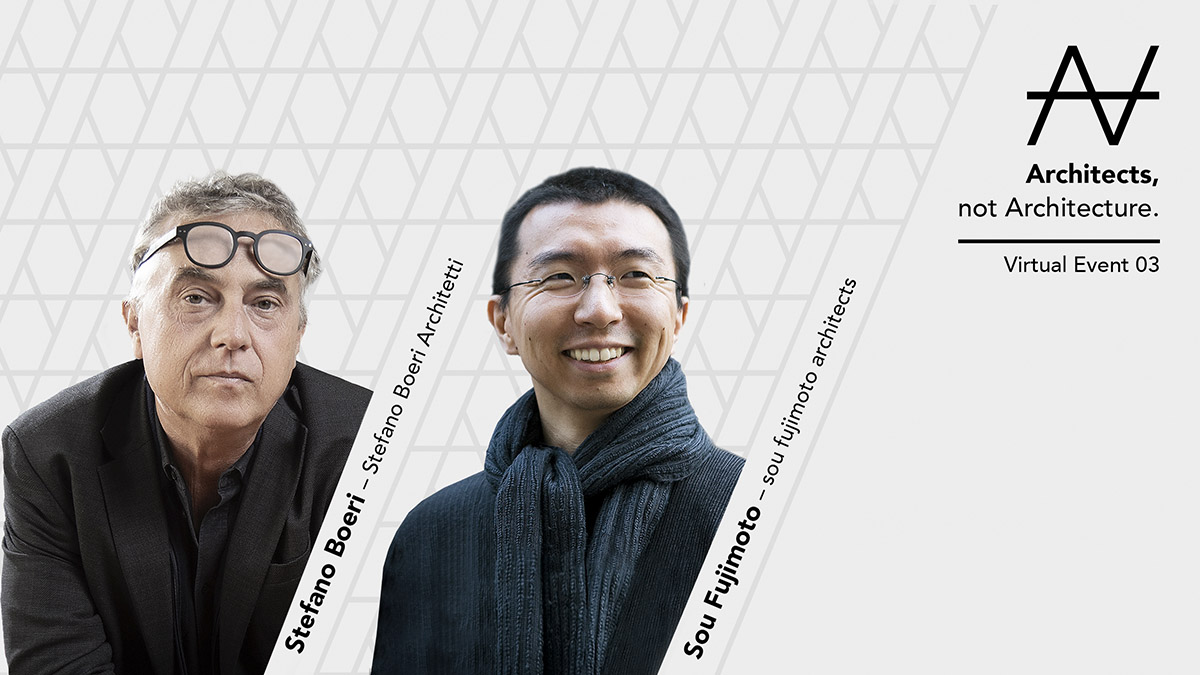 Architects, not Architecture (AnA) has released one of its virtual events featuring Italian architect Stefano Boeri and Japanese architect Sou Fujimoto - in which the event, instead of presenting their award-winning international projects in a standard way, asks the architects to talk about themselves and their architectural career.

In a one and a half hour event, Boeri and Fujimoto are asked to speak about their personal path, their influences and experiences, and dive deeper into their intellectual biography. This enables a better understanding of their work, without them even mentioning it.

Founded in Hamburg in 2015 by Fermín Tribaldos and Irene Osei-Poku, Architects, not Architecture aims to bring to the stage what usually remais unseen. 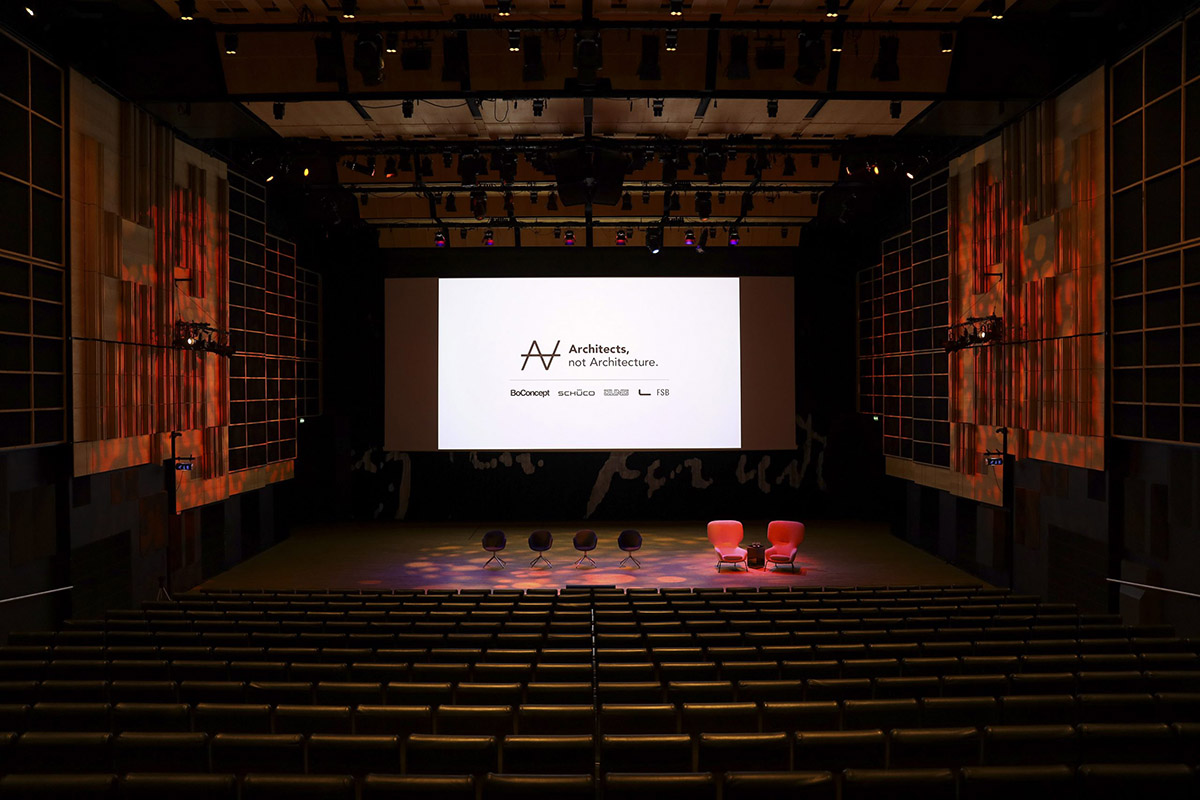 As one of the events affected by Covid-19, AnA decided to held its events as online, which allows them to invite architects from different parts of the world and make it possible for the architecture community to get to know them from the “AnA perspective”, no matter where you are located.

In his talk, Stefano Boeri discusses people and buildings that inspired and influenced him throughout his life. He explains his experience of visiting Louis Kahn’s Salk Institute in La Jolla, California, with his mother, Architect and Designer Cini Boeri, when he was young.

"Just walking in this mega-space and feeling the presence of the ocean without directly seeing it, I had the first encounter with the universe of architecture," said Boeri.

He remembers how immensely impressed he was by this exceptional building and how it changed his view on architecture.

"You can express worlds that are not immediately present. this capacity of architecture, to work through symbols and inspiration and invisible energies, is something that I perceived in the Louis Kahn building and it was very strong."

Stefano Boeri also explains how he aims to reimagine the relationship to nature in his work.

"What we do is a very simple decision which is to host living nature, not as an ornamental presence or as a decoration, but it becomes a basic component of our idea of architecture," he said.

To him, it is a very important concern about "how we can co-exist and co-habit with other living species."

Japanese architect Sou Fujimoto, born in Hokkaido, Sou Fujimoto established his Tokyo and Paris-based practice in 2000 after graduating from Tokyo University's Department of Architecture. Fujimoto is known for his light, delicate and permeable structures.

He designed a vertical village in Paris in collaboration with French architects Nicolas Laisné and Dimitri Roussel. Fujimoto recently completed a mixed-use tower in Montpellier with Nicolas Laisné, Dimitri Roussel and OXO Architectes. He is currently working on a porous Hungarian music venue in Budapest.

In his talk, Fujimoto says that before being an architect, he was more interested in physics and mathematics.

"I was fascinated by how such a simple theory explained the wonderful complexity of the world and how the beauty of mathematics and the beauty of physics could integrate such a diverse phenomenon," said Fujimoto.

He remembers the impression a photo book of Antonio Gaudí’s work made on him. "I didn't know about architecture before that. I just recognized a building was a building but through this book, I realized architecture is one of the creative activities."

"One day I found out appearance is different but these artificial things, many small artificial things randomly coming together to create some kind of spacial experiences, similar to the natural forest, which is also made out of many small things, tree leaves and small tree branches, randomly surrounding you to create cozy protected feelings but at the same time the whole environment is quite open so you can choose your own way," he continued.

> via Architects, not Architecture