MVRDV announced a new project, in collaboration with Arttenders and Flemish artist Alex Verhaest. They designed a colourful panorama of plants for the façade of the Flores Tower of the Floriade Expo masterplan. 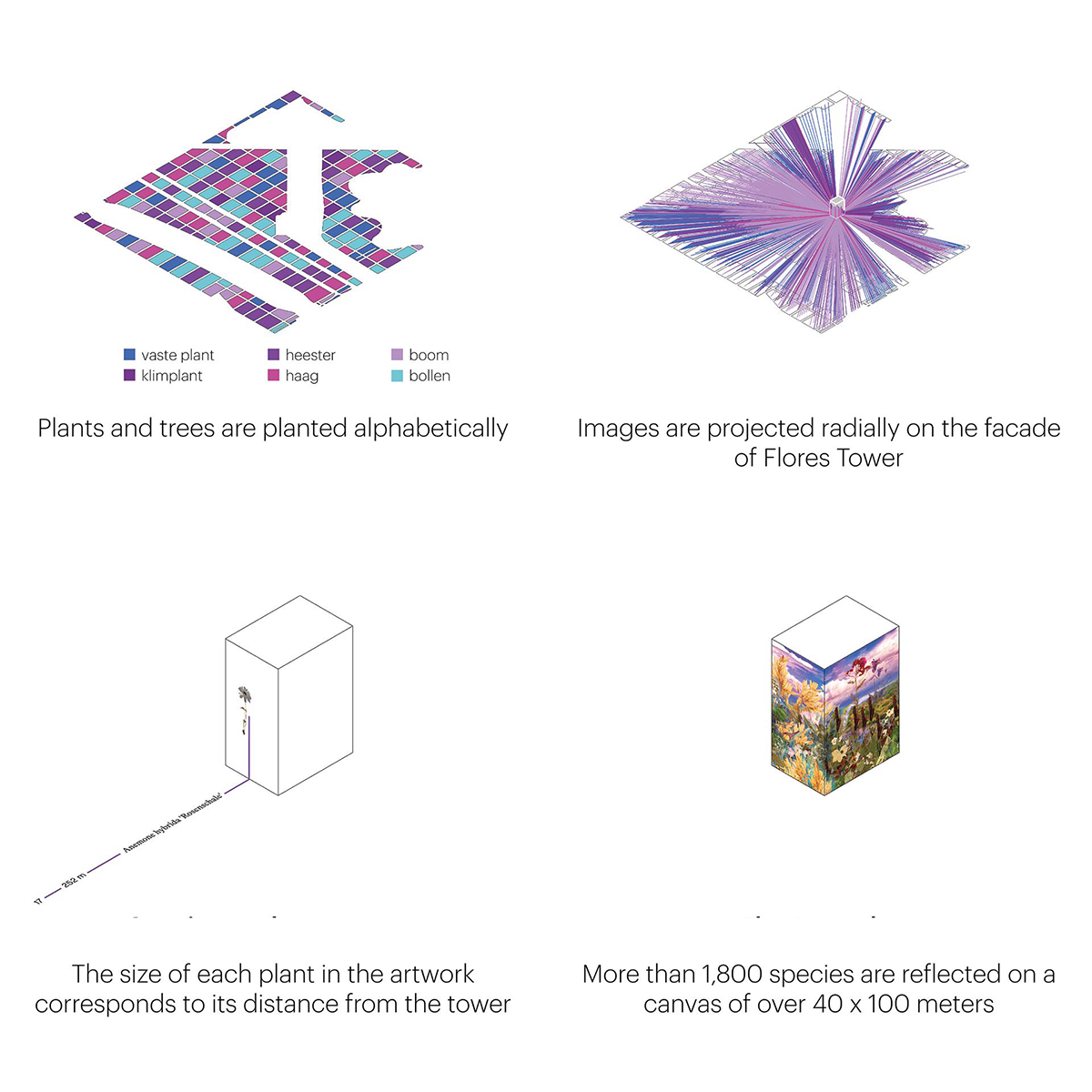 The Flores Tower is located at the heart of the Floriade site and is designed by Klunder Architecten on behalf of Dura Vermeer and Amvest. The building will be 43.5 meters tall and will be mixed use, including catering establishments, shops and a restaurant and viewing point on the top floor. 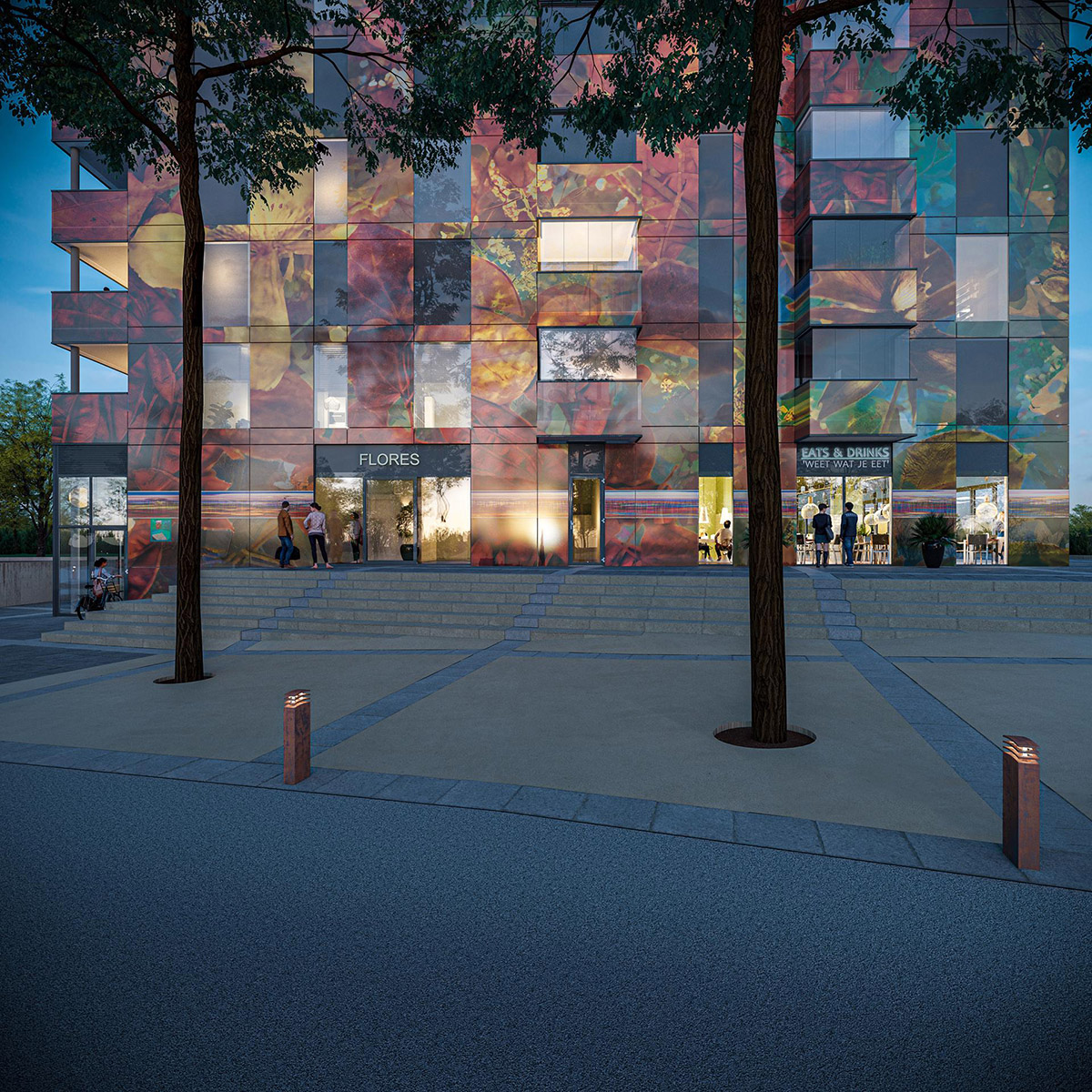 The Flores Tower will be the eye-catching focal point of the Expo. The concept of the façade is to summarize the surrounding plants, following their location in a panoramic view. The artwork includes 1800 images to create the layered composition on the 40 x 100 meter canvas. MVRDV states that "the work has been christened Sympoiesis, a reference to a pioneering work by American sociologist Donna Haraway in which she advocates a symbiosis between man and nature."

Another interesting feature of this project is that the size of the plant projected also resembles the distance from the tower to the plant, as illustrated in the image below. The plinth of the tower has a legend, with the text size indicating the distance of the plant to the tower. The legend works as a map and reference work simultaneously. 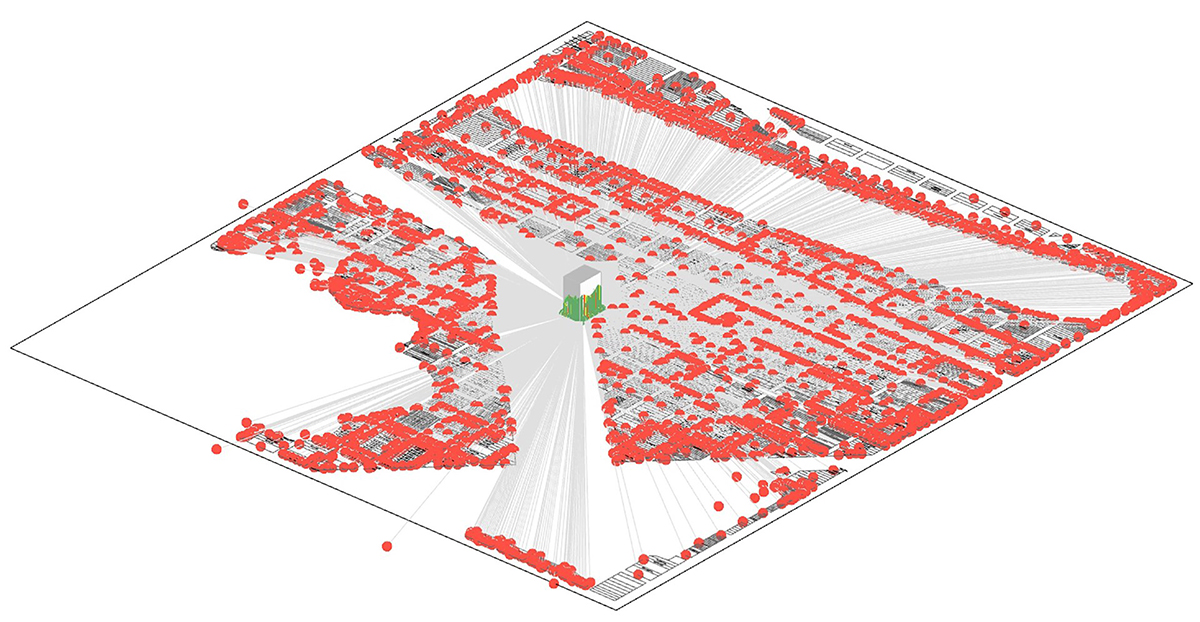 After the Expo, the building will get a second life as an apartment building with 80 rental homes. The surrounding area will be further developed into a residential area known as Hortus. 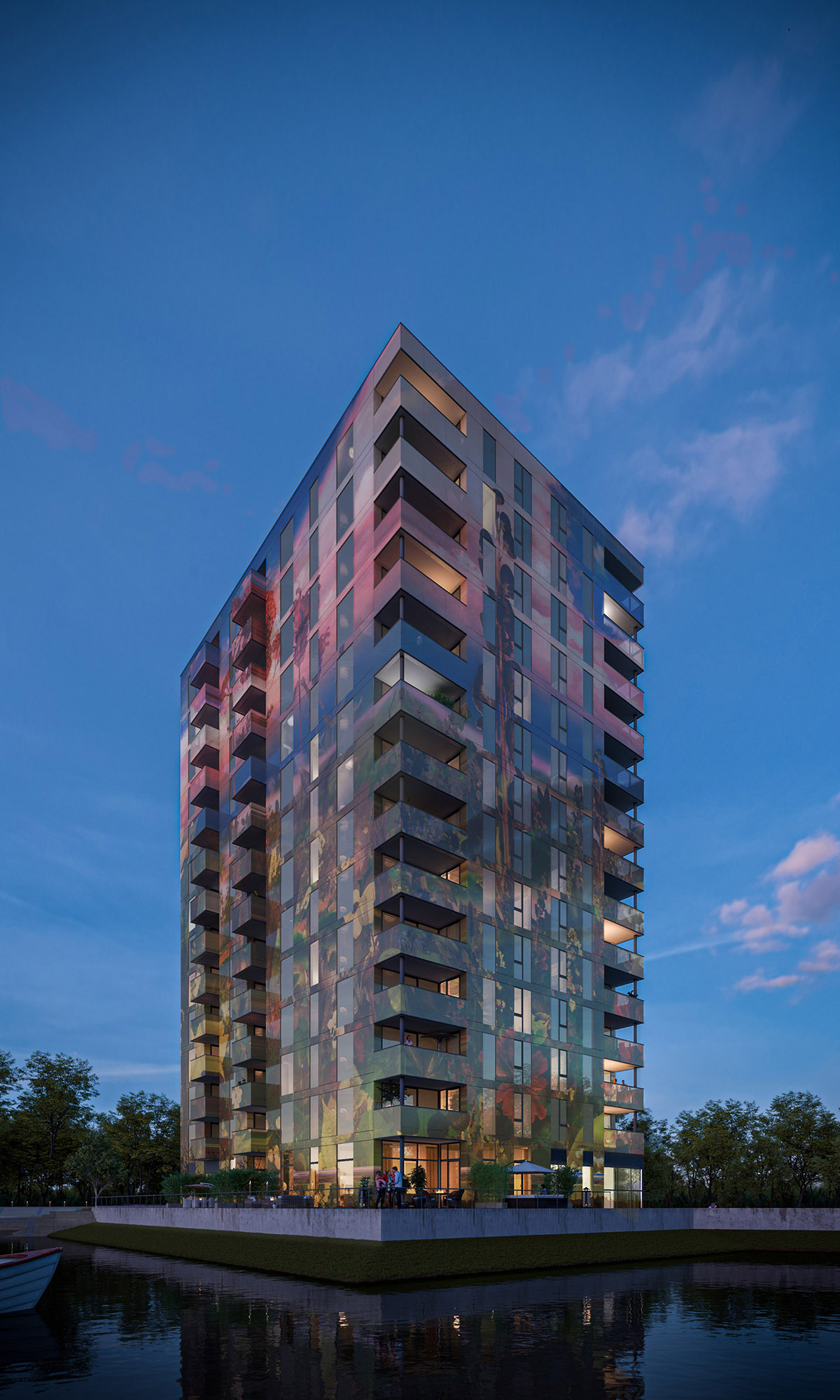 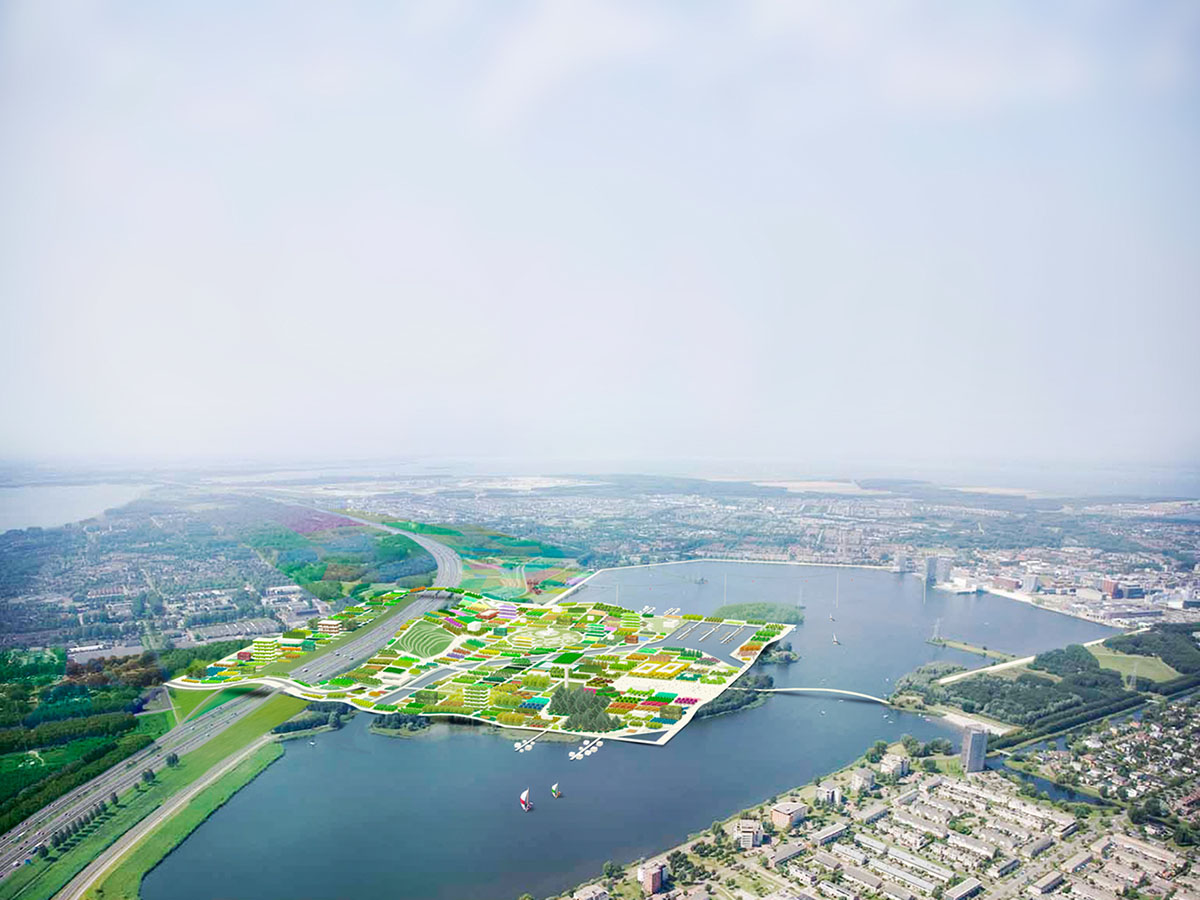 All images courtesy of MVRDV unless stated otherwise