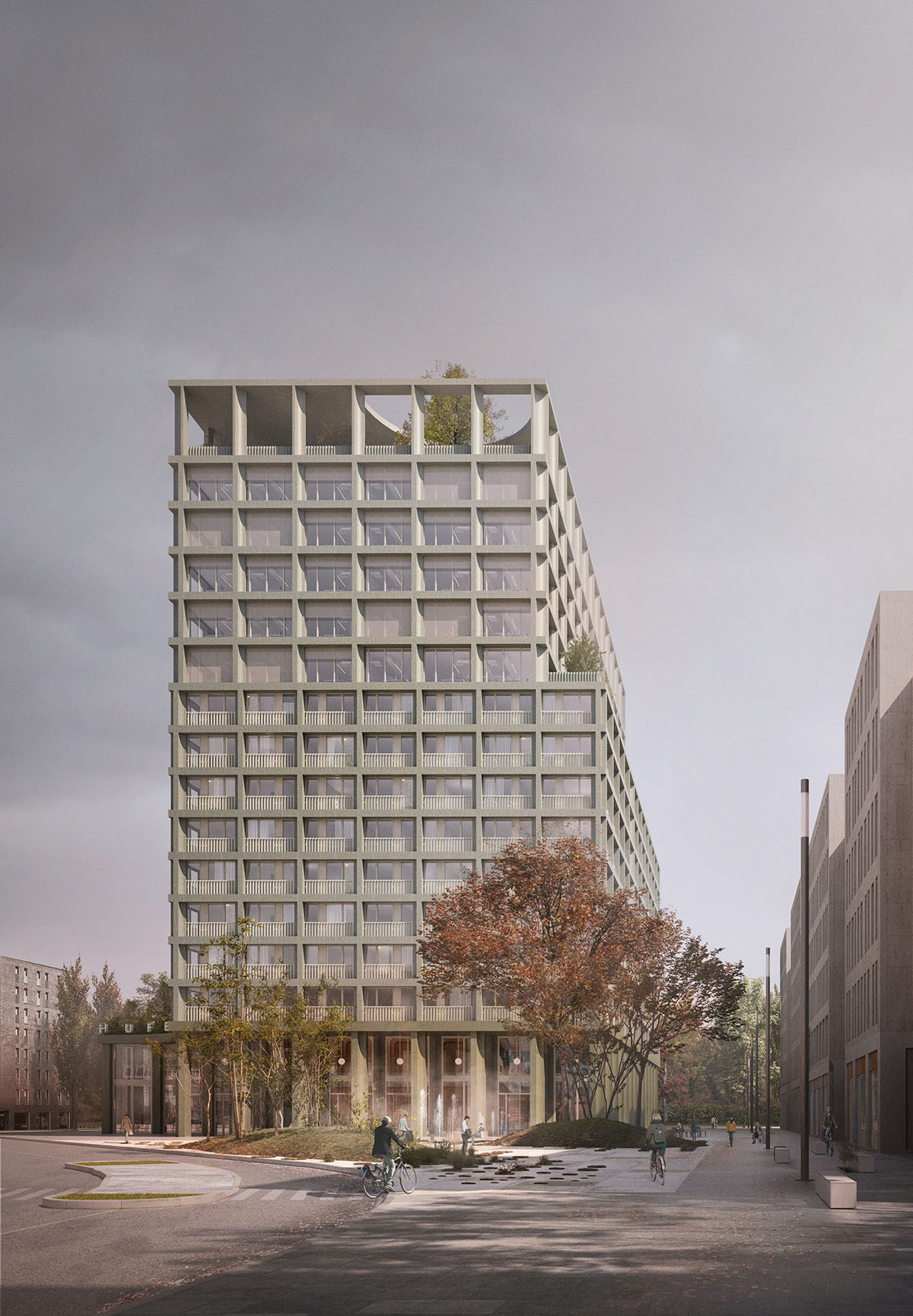 London-based architecture firm Morris+Company together with Berlin-based studio Kirchberger & Wiegner Rohde have won a competition to design a mixed-use building in Munich, Germany.

The proposal, developed as part of Munich’s BMW FIZ Future masterplan for German developer HUF4, will incorporate retail, hotel and office space spread over 16 floors. The team saw off the ten shortlisted practices in the competition.

The design scheme was developed by Morris+Company’s international studio in Copenhagen in collaboration with architects Kirchberger & Wiegner Rohde from Berlin, and with a support from Morris+Company in London.

At the street level, the scheme will contain retail spaces to directly flow into the surrounding public realm on Hufelandplatz, a new square in the north of Munich that links the BMW research and development area with the larger cityscape.

In the middle section, there will be a seven-story hotel and the two top floors of the hotel are located just above the neighbouring buildings to maximise light and views from the full height windows. 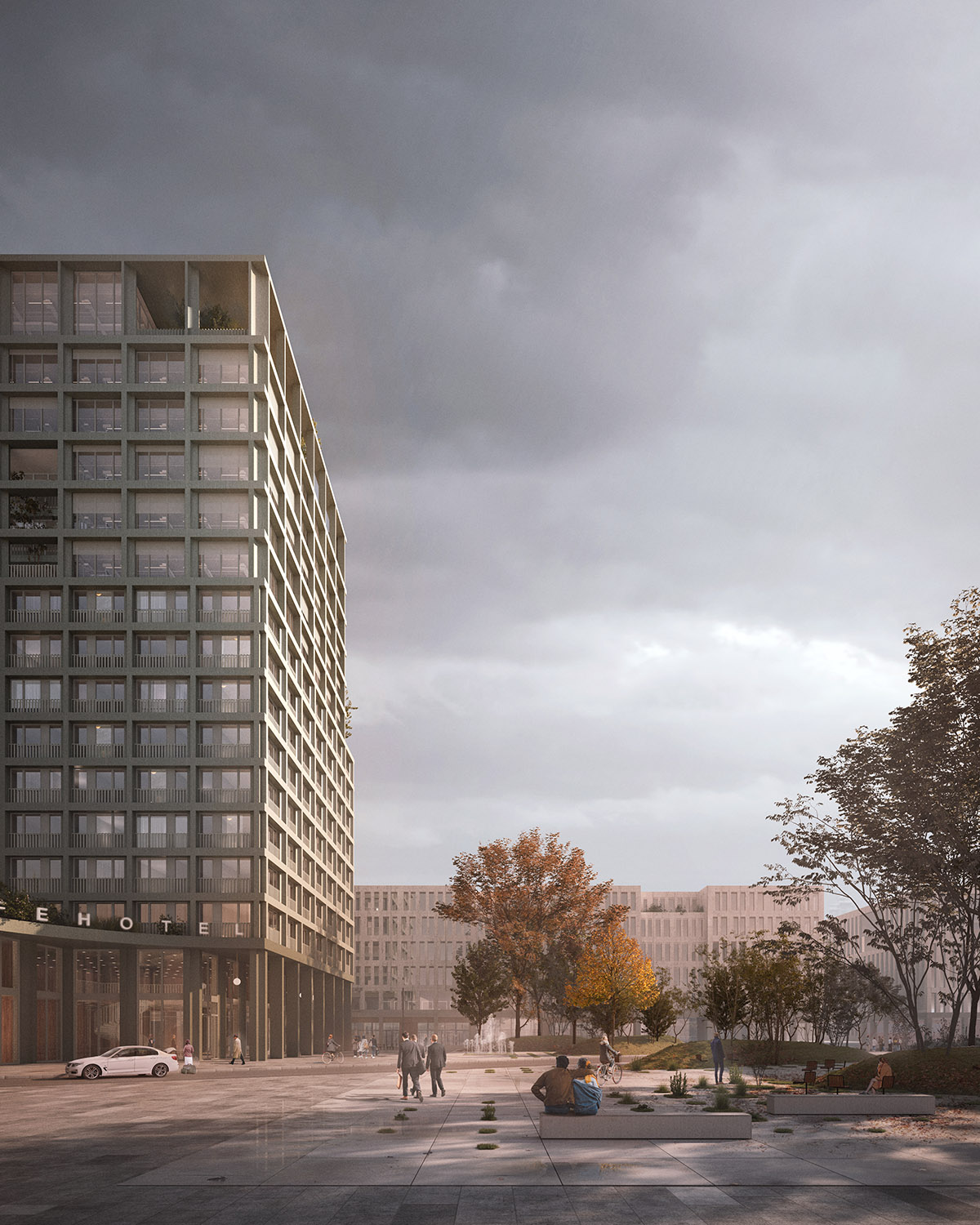 The top tier contains more than 10,000-square-metre office space with uninterrupted views spanning north to the Bavarian countryside, and south towards the city and the Alps.

On the rooftop, an elongated terrace spans the building with a panoramic bar, the most visible element from the Olympic Park.

The building’s facade is defined through a simple shift of the column forms made of precast reinforced concrete, that vary in curvature on each floor level, providing the building with a unique soft wash of sunlight, transforming its appearance throughout the day.

The design puts occupant well-being at the forefront of the design, aiming to provide an interesting spatial experience for the user. Access to the hotel rooms is via two large atria which continue down to the first-floor level, where they form a dramatic entrance lobby and dining space. Daylight is drawn in from communal external gardens which are set back into the façade at the upper levels with further external spaces spread over the floors, bringing green spaces up the building and providing tenants with their own external terraces.

Structurally the building is designed to have a high degree of flexibility which is supported by the floorplans being laid out on a rigid planning grid, making the building extremely sustainable with respect to its long-term use.

"We are immensely excited to start our largest pan-European collaboration to date, working through Morris+Company’s Copenhagen office together with Kirchberger & Wiegner Rohde in Berlin, to deliver this unique building that will form a new landmark in Munich," said Ed Blake, Director at Morris+Company. 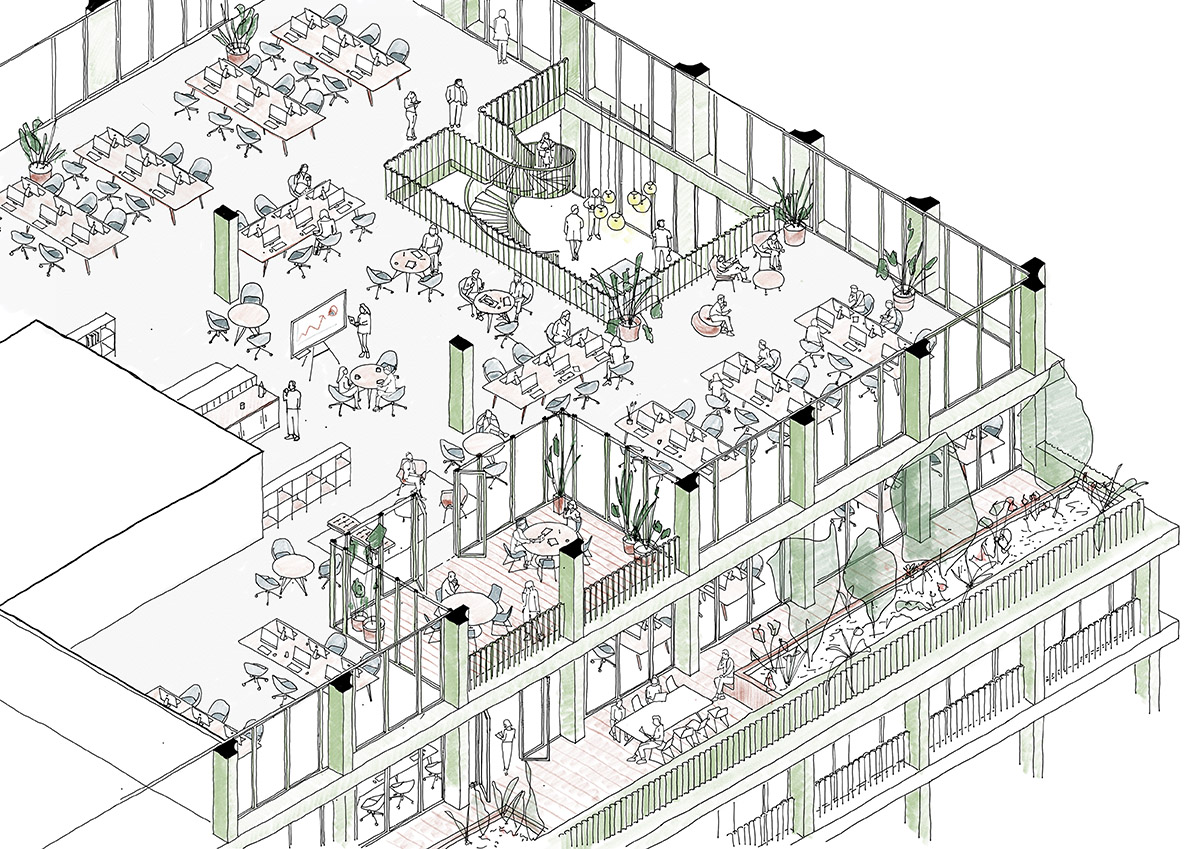 "We are extremely happy to have been invited on this journey by Morris+Company, and that as a team we were able to make our ambitious proposal the winning scheme. We are looking forward to continuing our collaborative effort to see this highly flexible and robust building through to realisation," said Ariane Wiegner, Director at Kirchberger & Wiegner Rohde.

"A truly collaborative process was of critical importance to the design team to achieve this considered proposal. The result was a successful process of iteration, testing, analysis and enquiry," stated a press release.

"Over 10,000 messages were exchanged during the competition stage, unifying the team across international borders and culminating in the final scheme." 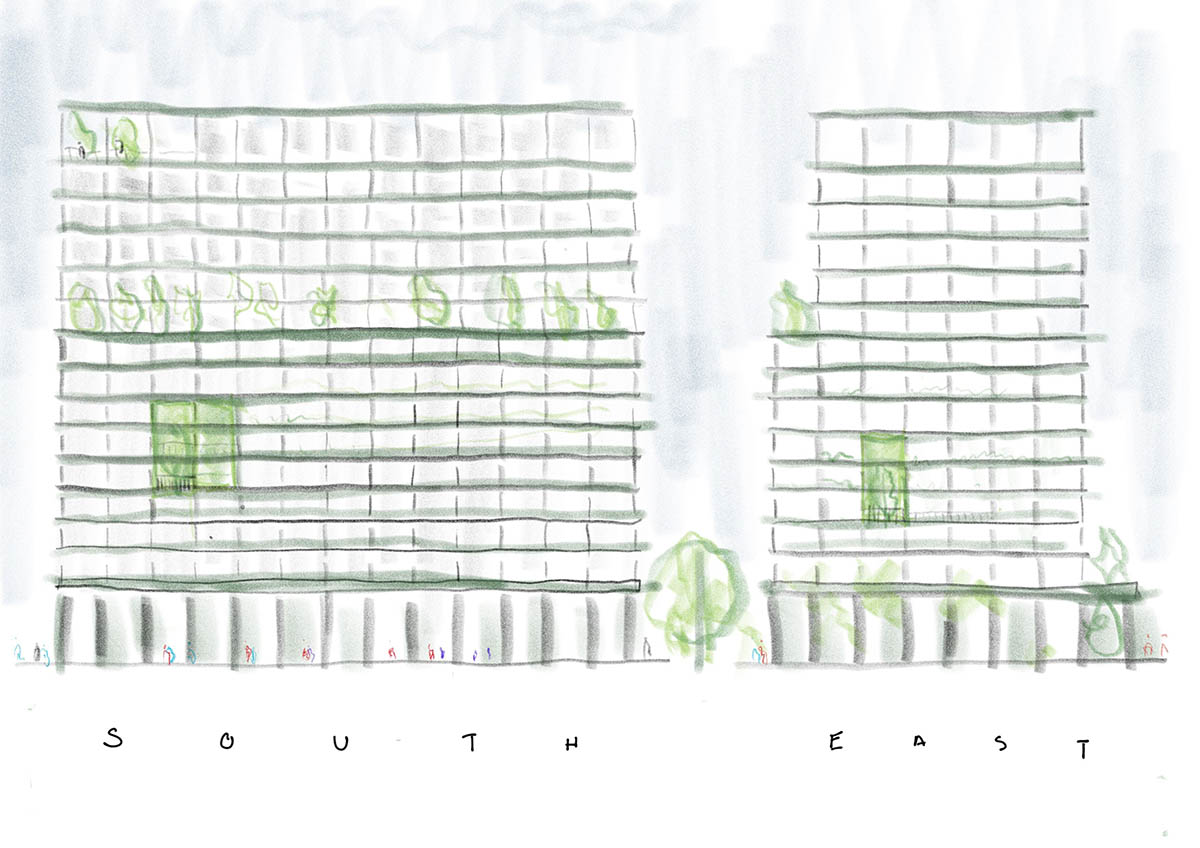