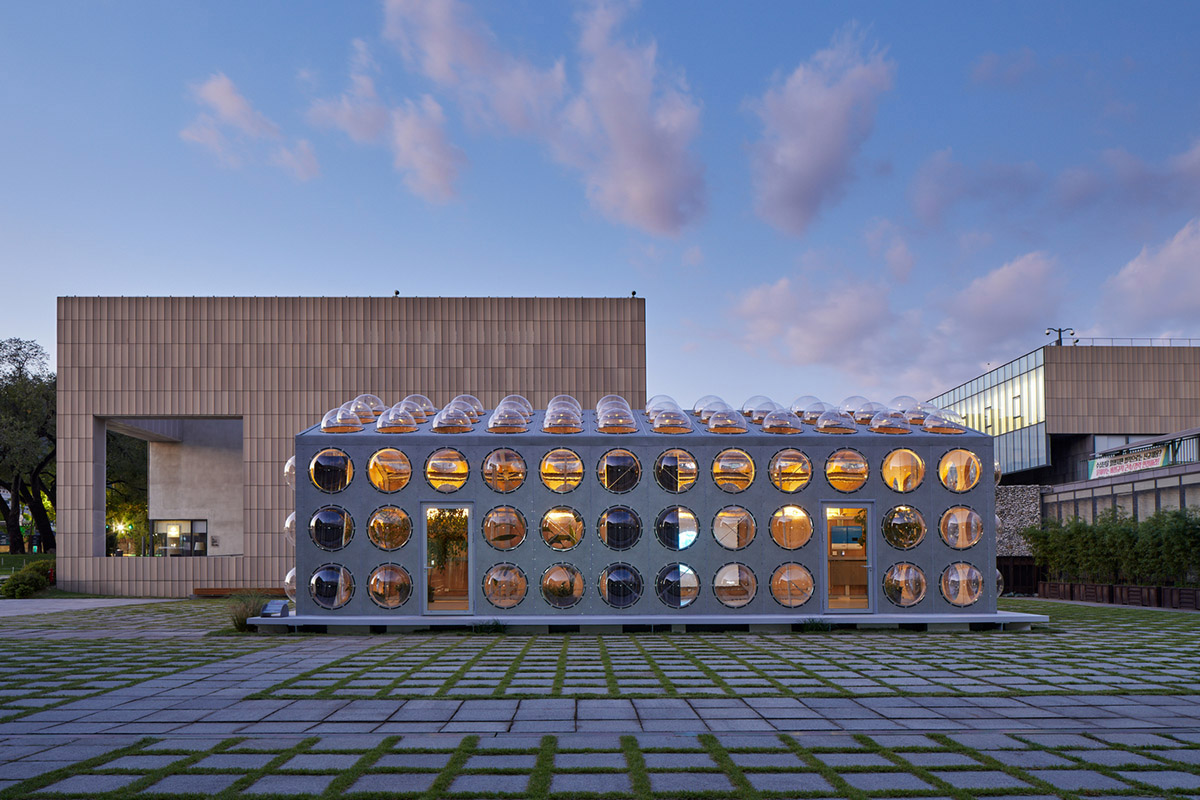 New York-based architecture practice OBRA Architects has added as series of bubbled protruding openings to an experimental pavilion installed at the front courtyard of the Museum Of Modern and Contemporary Art MMCA in Seoul, South Korea.

Named Perpetual Spring Pavilion, the 115-square-metre pavilion, designed to celebrate the 50th anniversary of the MMCA, coincided with the centennial birth of an ongoing revolution: the establishment of the Korean Provisional Government in Shanghai April 11, 1919, as an urban experiment on social interaction and community organization. 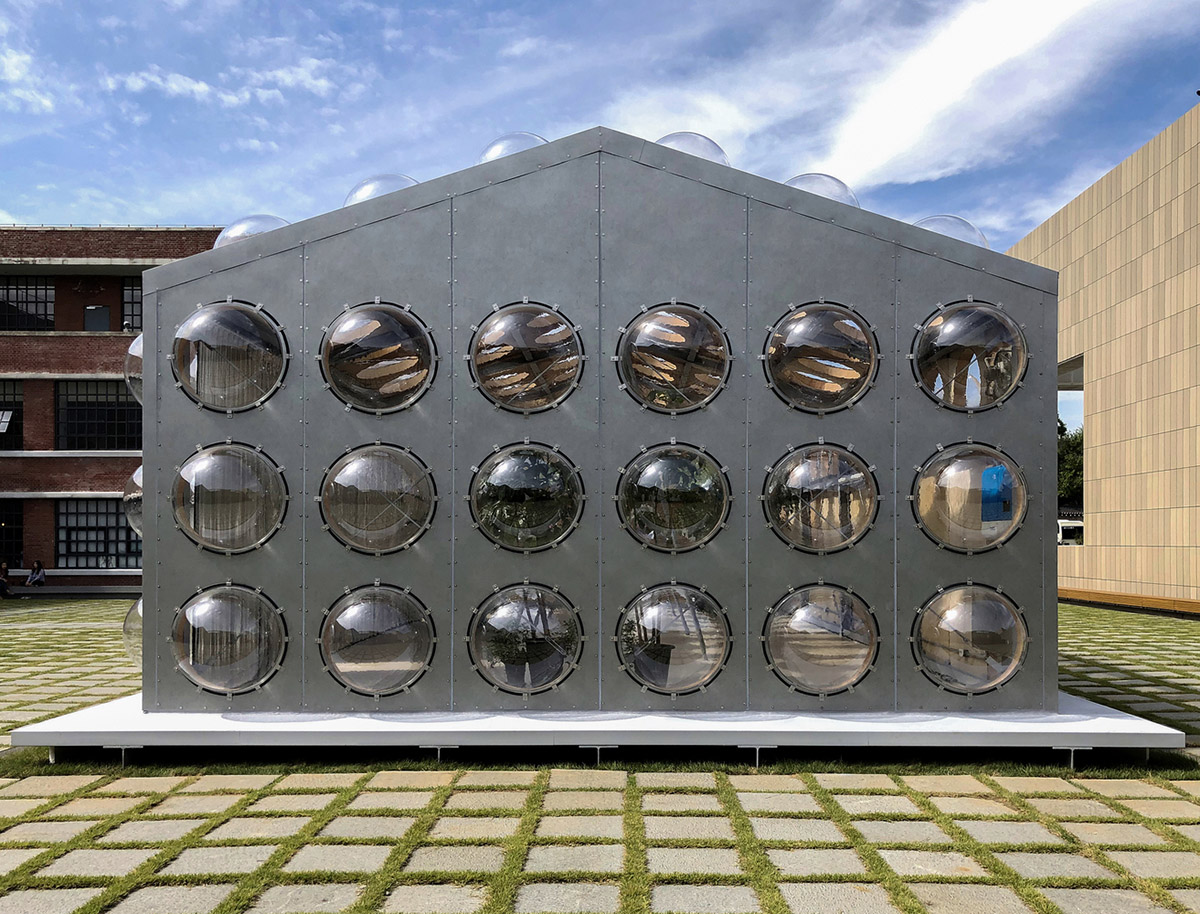 Installed for seven months, between September 16th, 2019 to April 5th, 2020, at the MMCA, although the installation was closed to the public due to Covid-19 measures, but it continues its activities as online at its website. The installation was dismantled in April 2020.

Described as "Climate-Correcting Machine", the project was developed as an architectural prototype of urban community gathering to connect outdoor spaces at the heart of the city’s center and provide an alternative platform to reflect upon Seoul’s modern heritage while highlighting issues facing urban life today and the future. The pavilion is a one-of-a-kind prototype showcasing the functional aspects of urban community gathering: it functions as an artificially-controlled greenhouse machine through its to protruding circular openings addressing and bringing attention to a pressing global issue of our time: climate change, according to the architects. 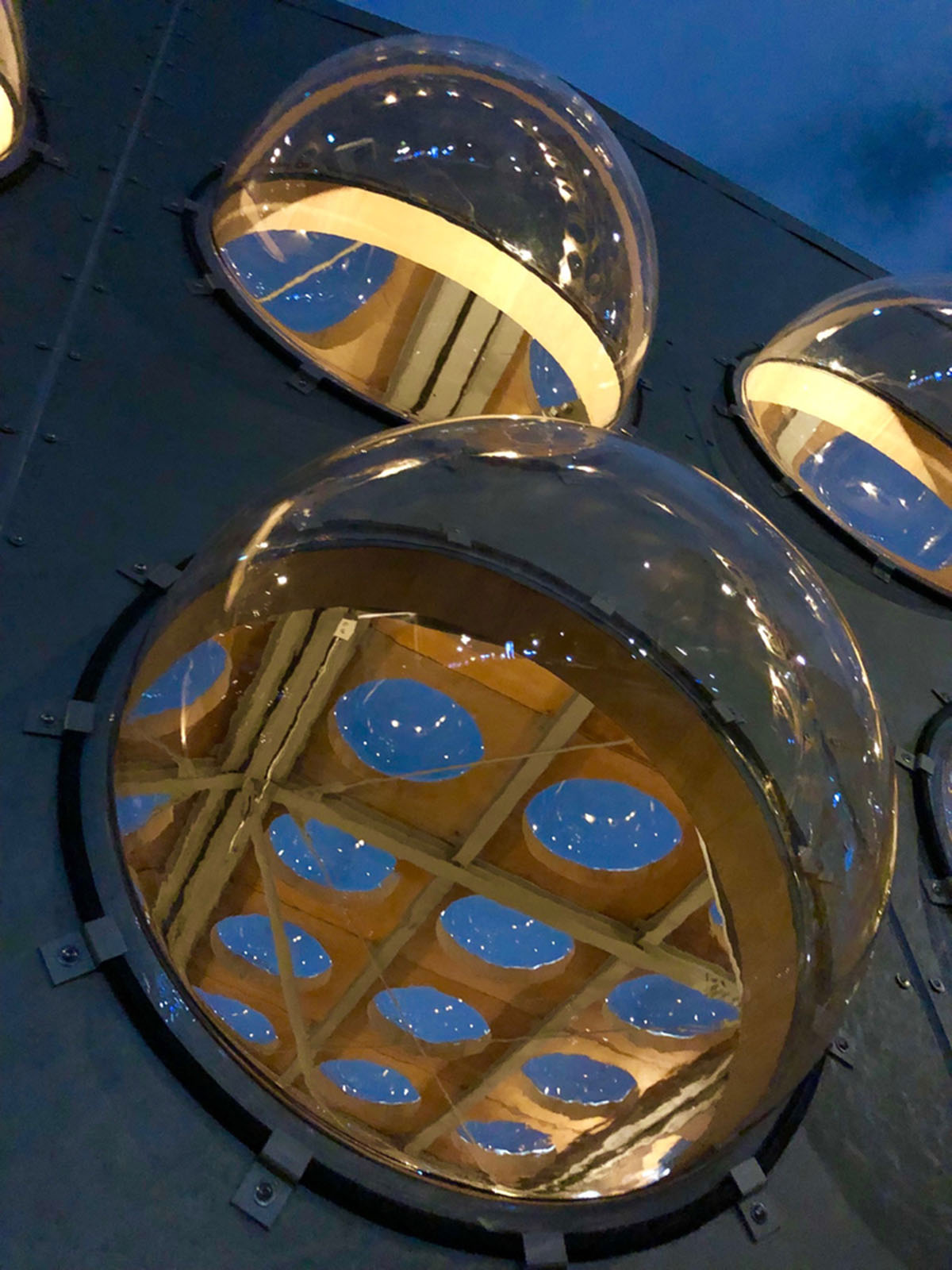 "Combining form and destination with function, the Pavilion is proposed as a “Climate-Correcting Machine,” a platform for awareness and an invitation to action, both physical and virtual," said OBRA Architects.

"Perpetual Stream, a real-time display and view of Perpetual Spring from the museum lobby cam, is visible at its website, was launched upon the physical opening in Seoul." 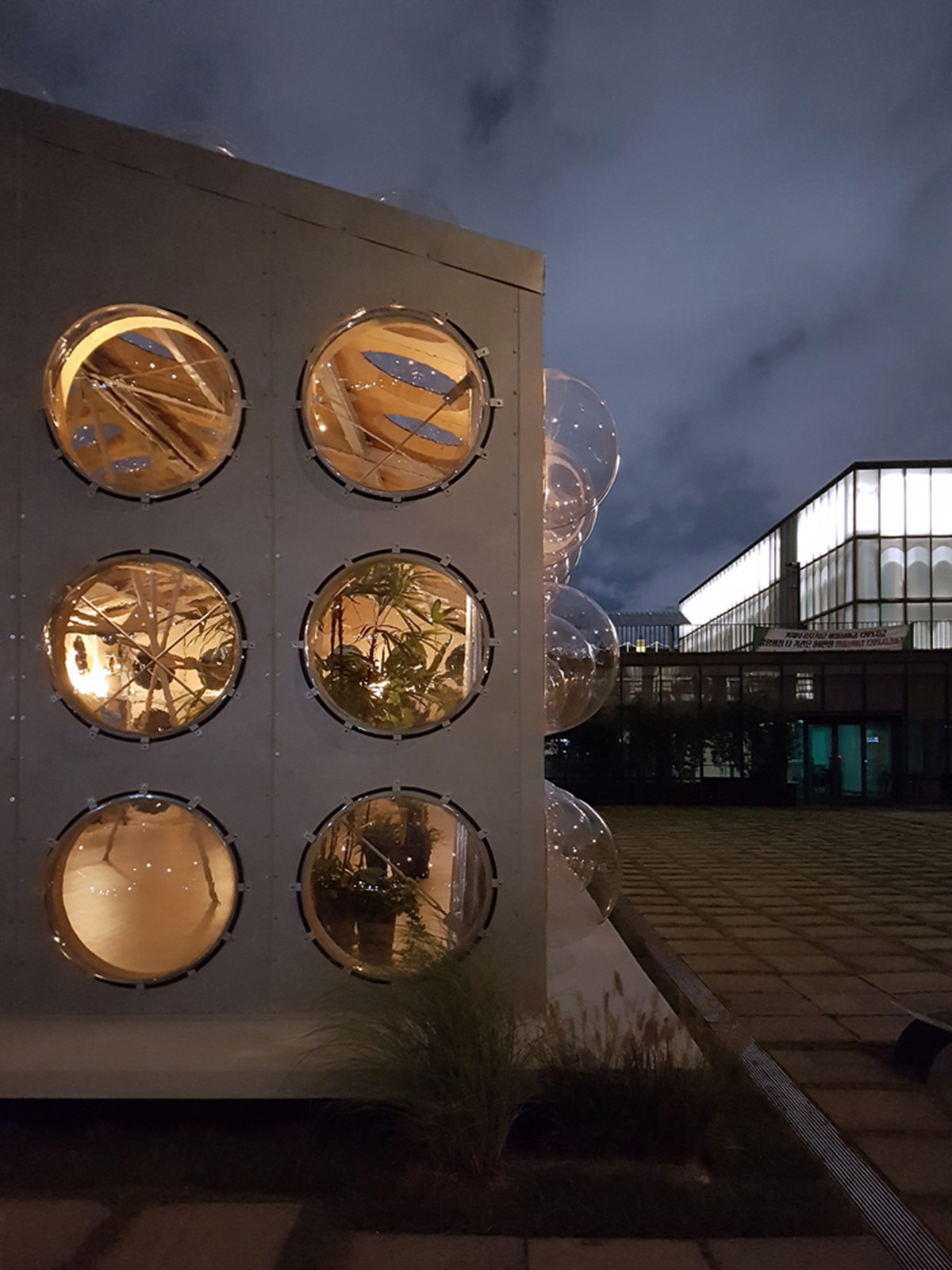 "Offering a place of comfort during days of severe weather, the Pavilion is a free open access venue for a variety of public uses.

Special guests are invited to talk about issues related to the intersection between the emergency global climate crisis and the prospects for the unlikely rise of authentic democratic rule and universal justice. 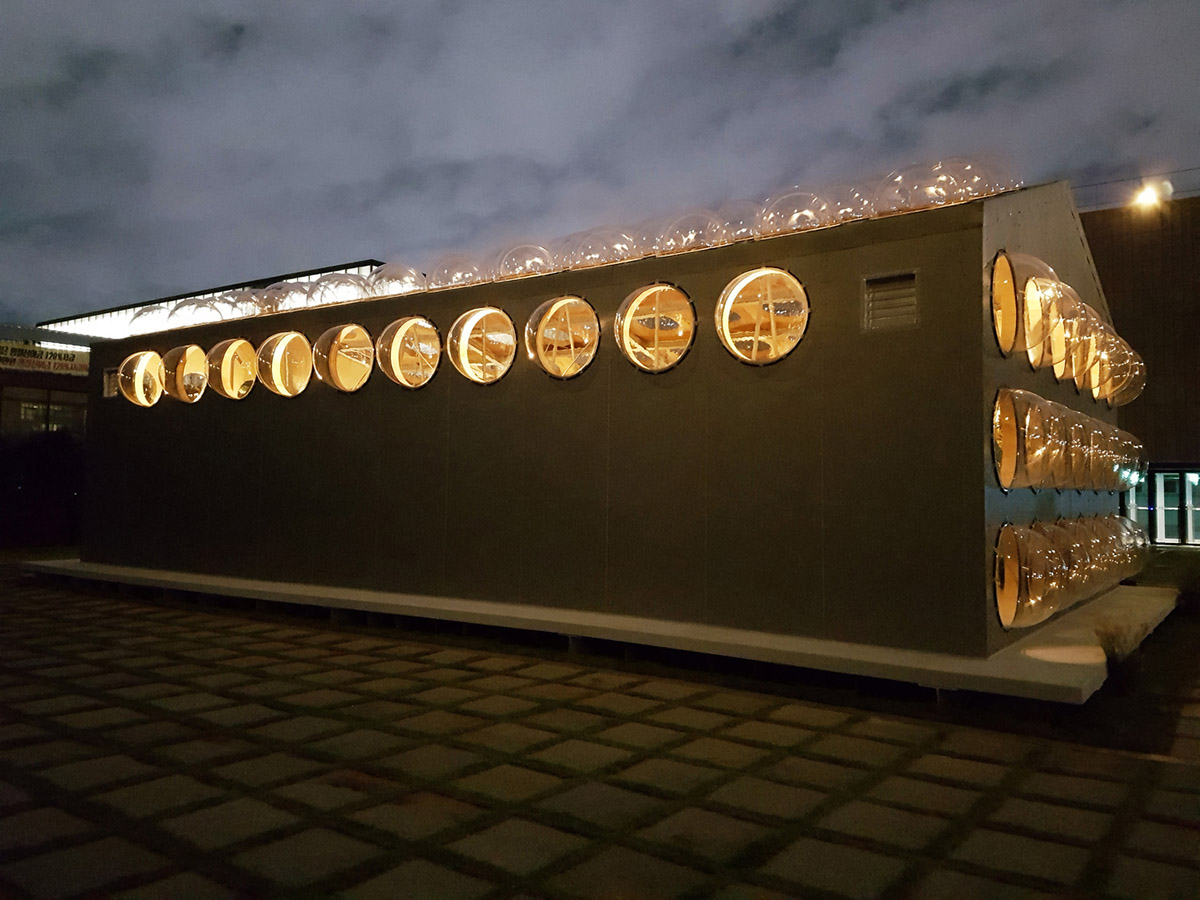 As the team highlights, the installation aspires to artificially perpetuate, into the fall and winter, the climatic conditions propitious to progressive social change, artificially creating the kind of weather that invites to human interaction, community organization, and the debate of ideas: clear skies, pleasant temperatures, and abundant flowering greenery. 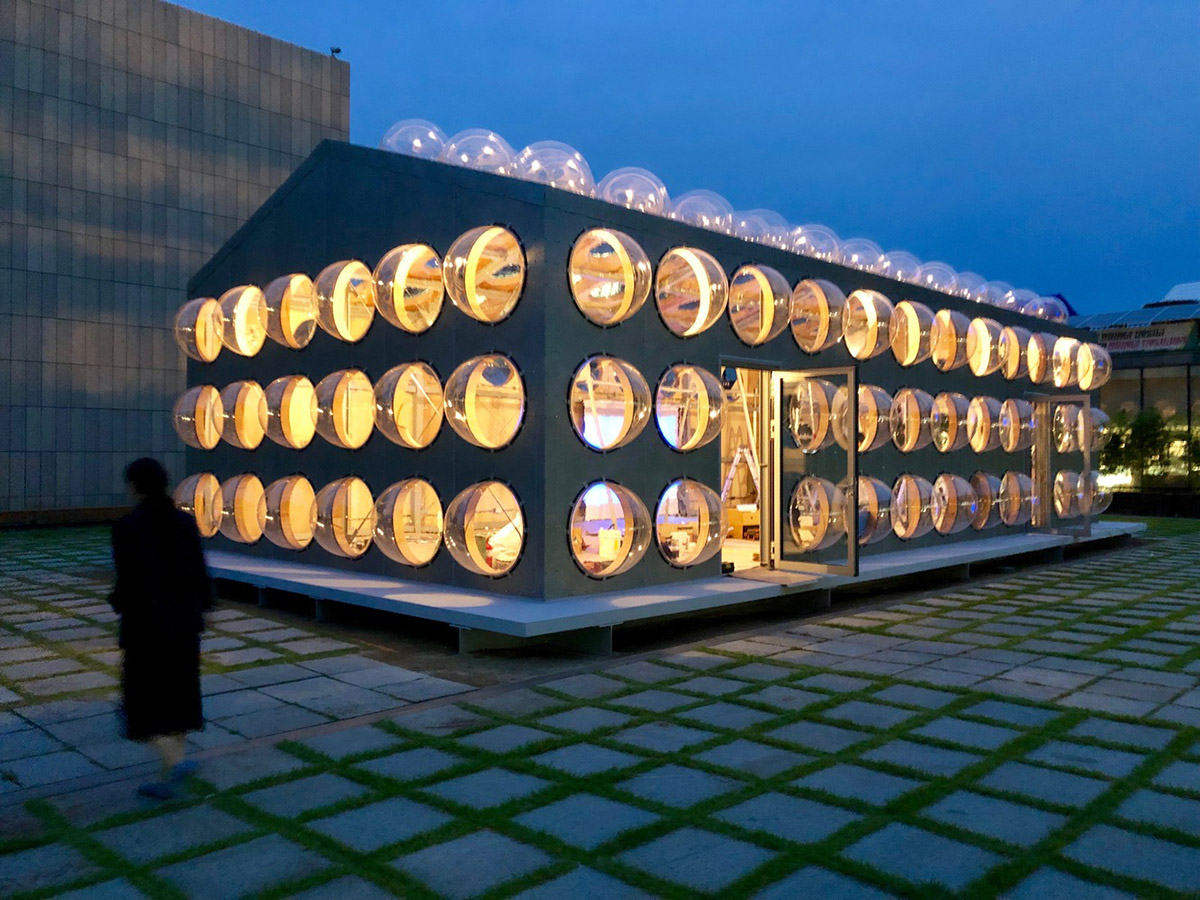 "And so it is by way of a machine that we can then attempt to prefigure both, some kind of future and its denial at the same time," continued the studio.

"If the prevalent economic system has provided storage of the efforts of the many for the benefit of the few, the machine is both empowerment and substitute of human agency towards the transformation of the world into a home." 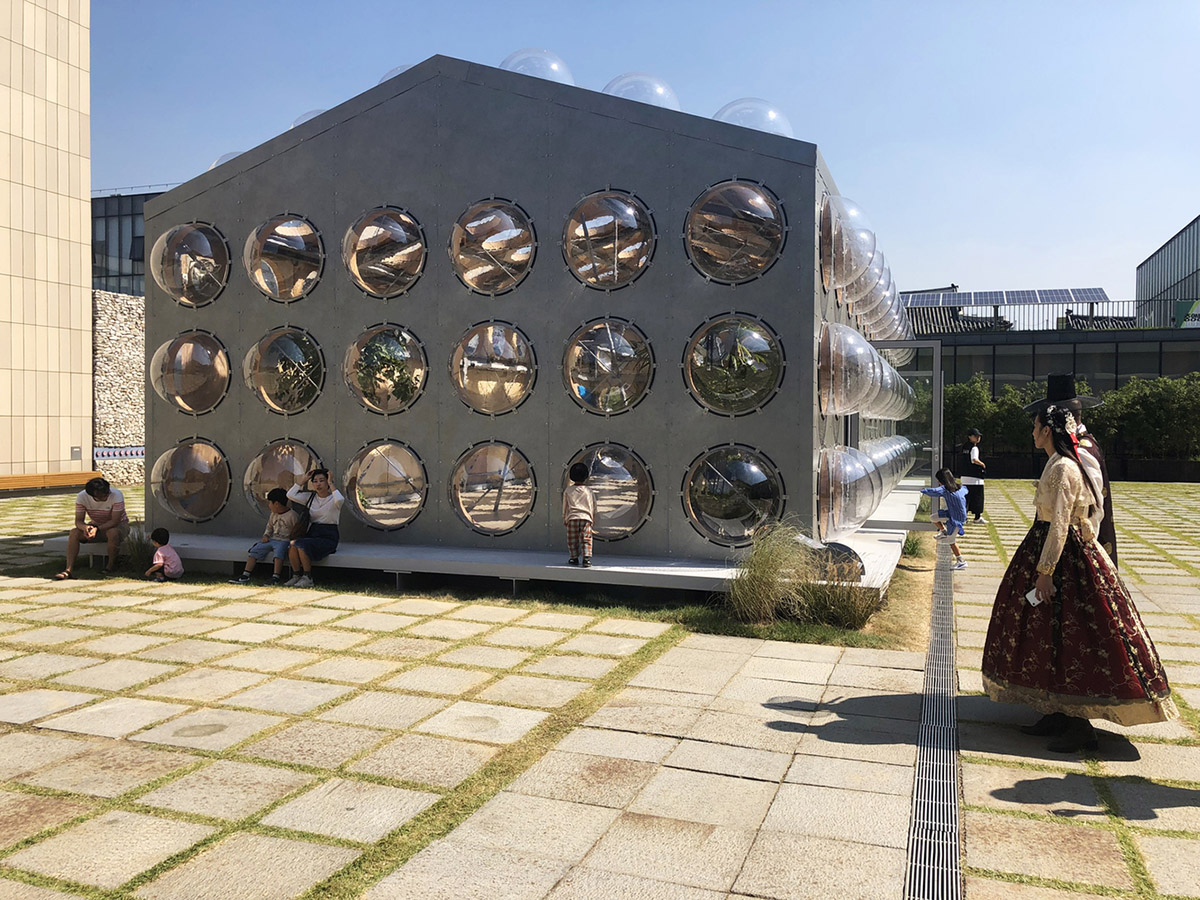 According to the studio, "It should come as no surprise then, that the anticipated fundamental presence in the coming city of impersonalized artificial intelligence is still that of the machine. The unfulfilled promise of modernity in general, and of the Modern Movement in architecture in particular, is that of finally gaining control over the time of our lives, freedom from labor, and the possibility to pursue our self-realization and finally attempt to become who we really should have been. The machine is the preeminent tool in that struggle." 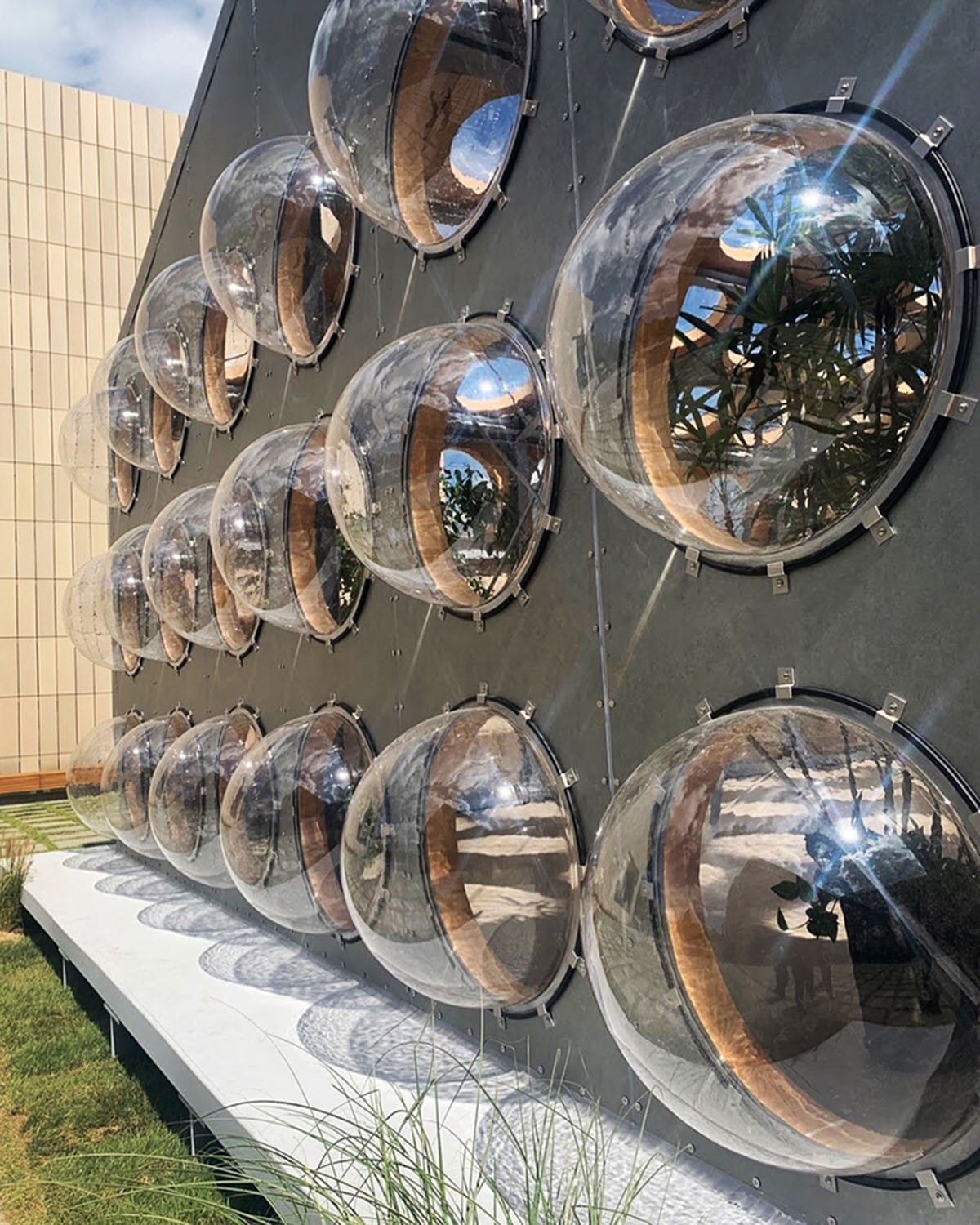 Perpetual Spring Pavilion can be conceived as both concrete and the abstract machine, as a place where the very real parameters of weather gone awry can be rudimentarily tweaked both as modest example and proposed symbolic ritual, and as the repository collective efforts towards a meta-technology, if the rightful owner of people’s machines has been confiscated in obsessive fixation with individualism—the antidote for fear—, new machines shall be invented through a popular effort towards an alternative technology. 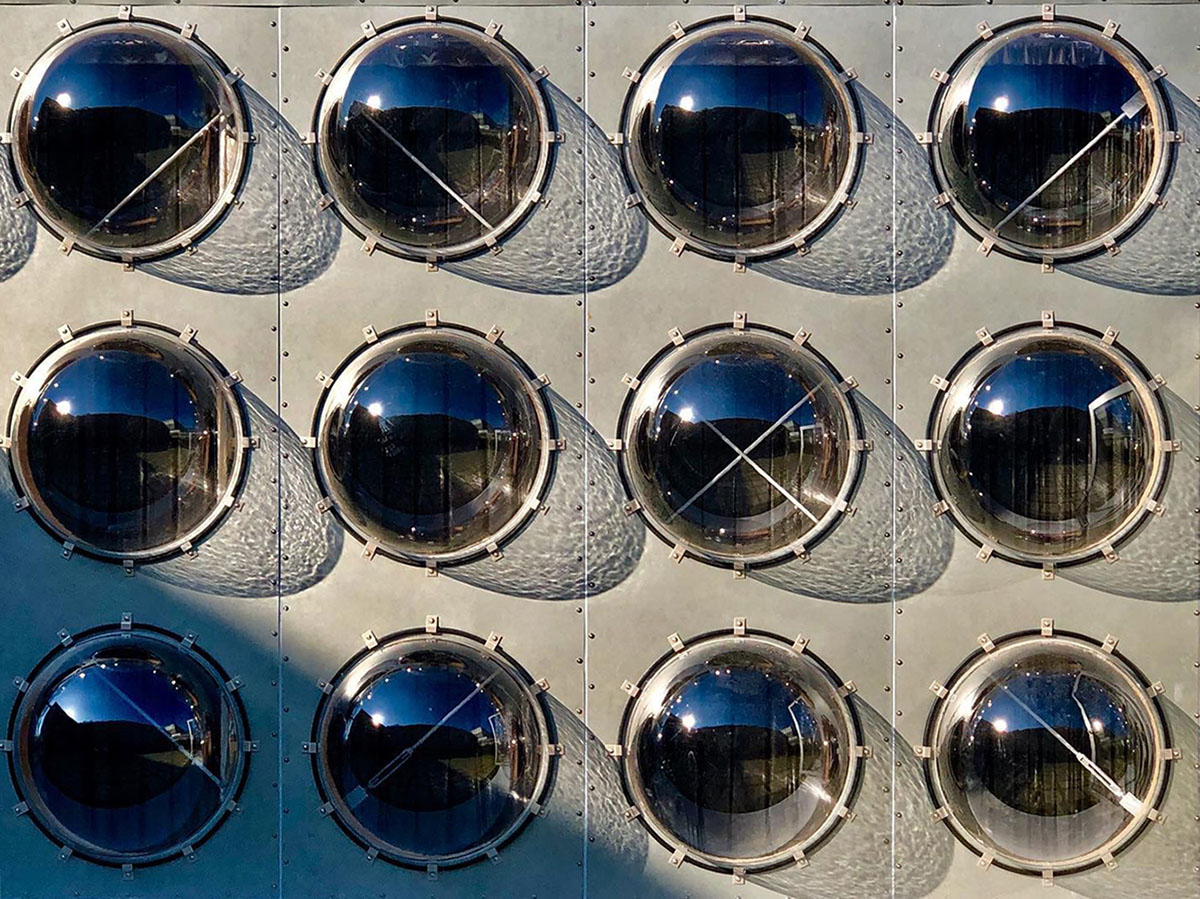 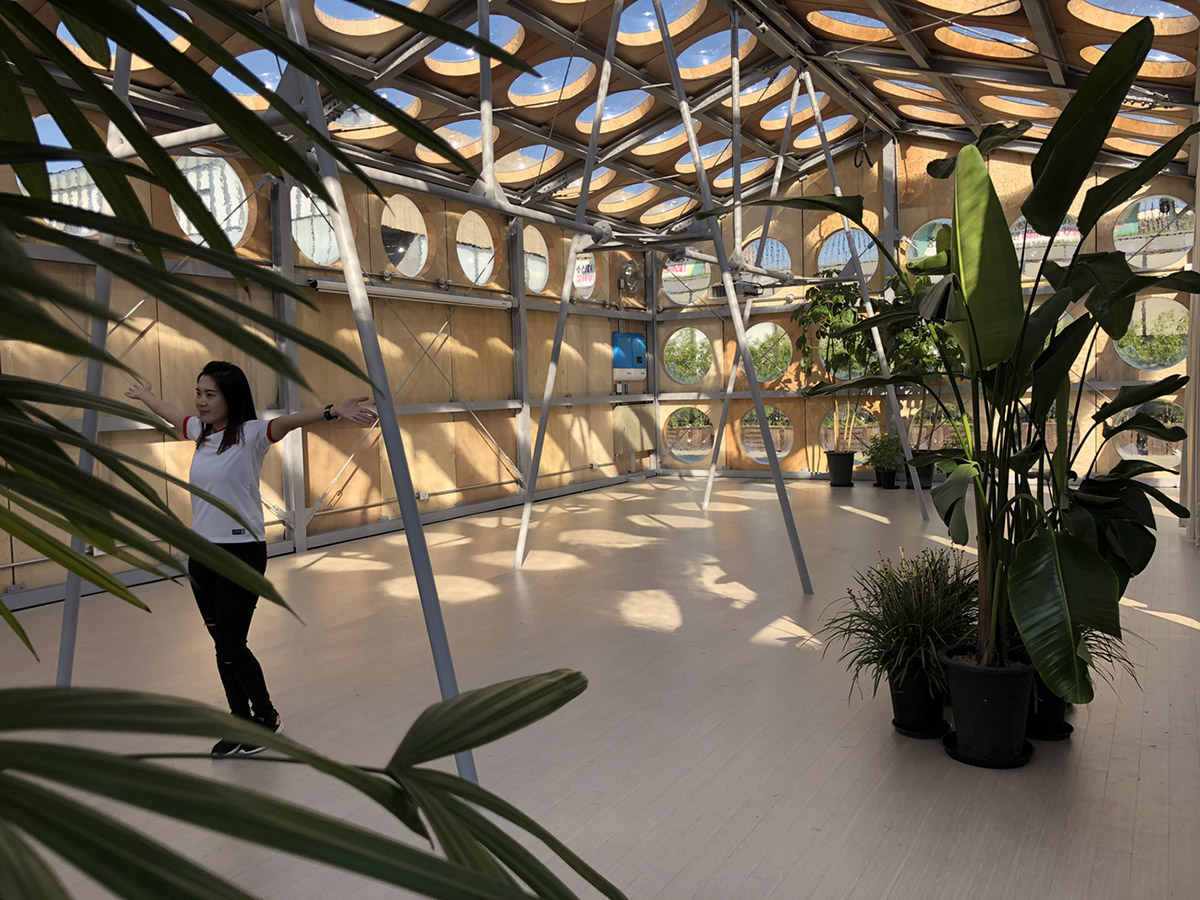 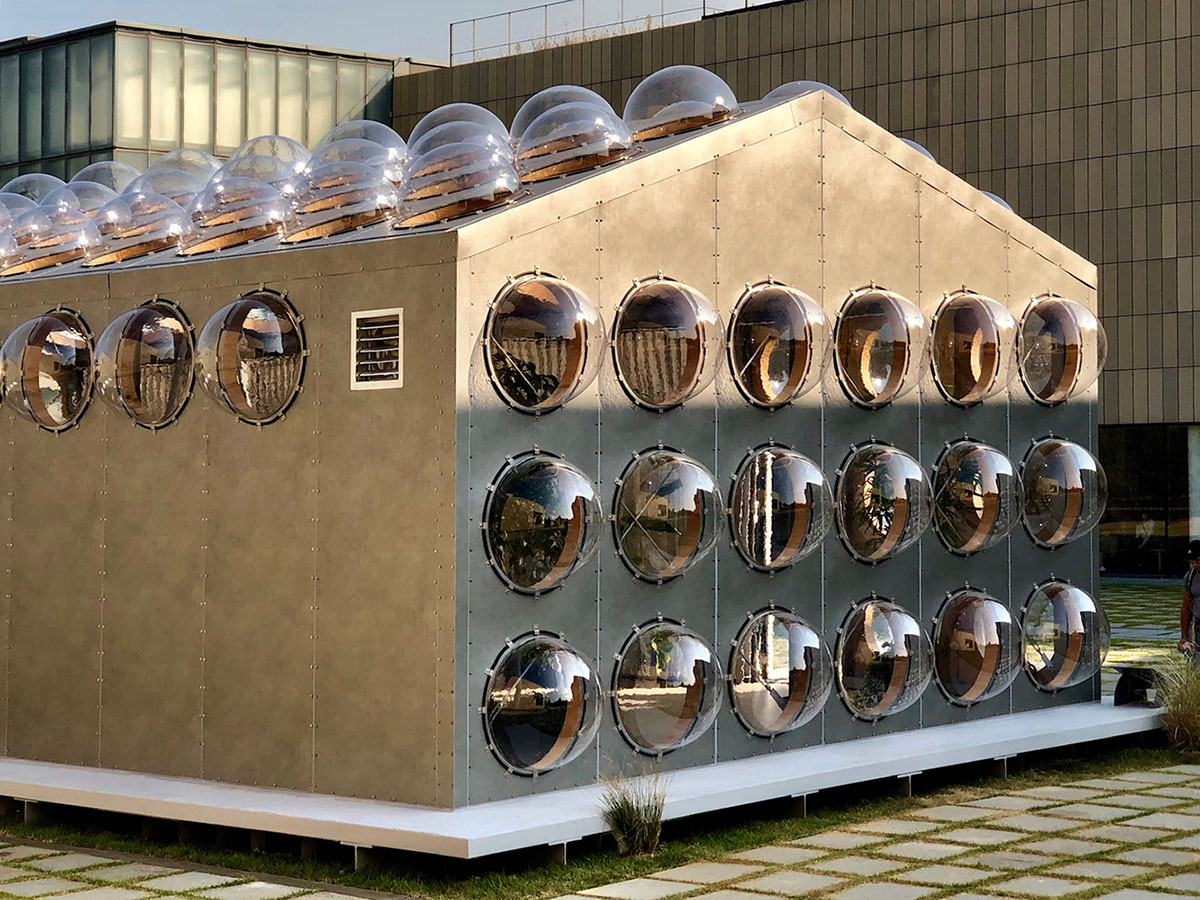 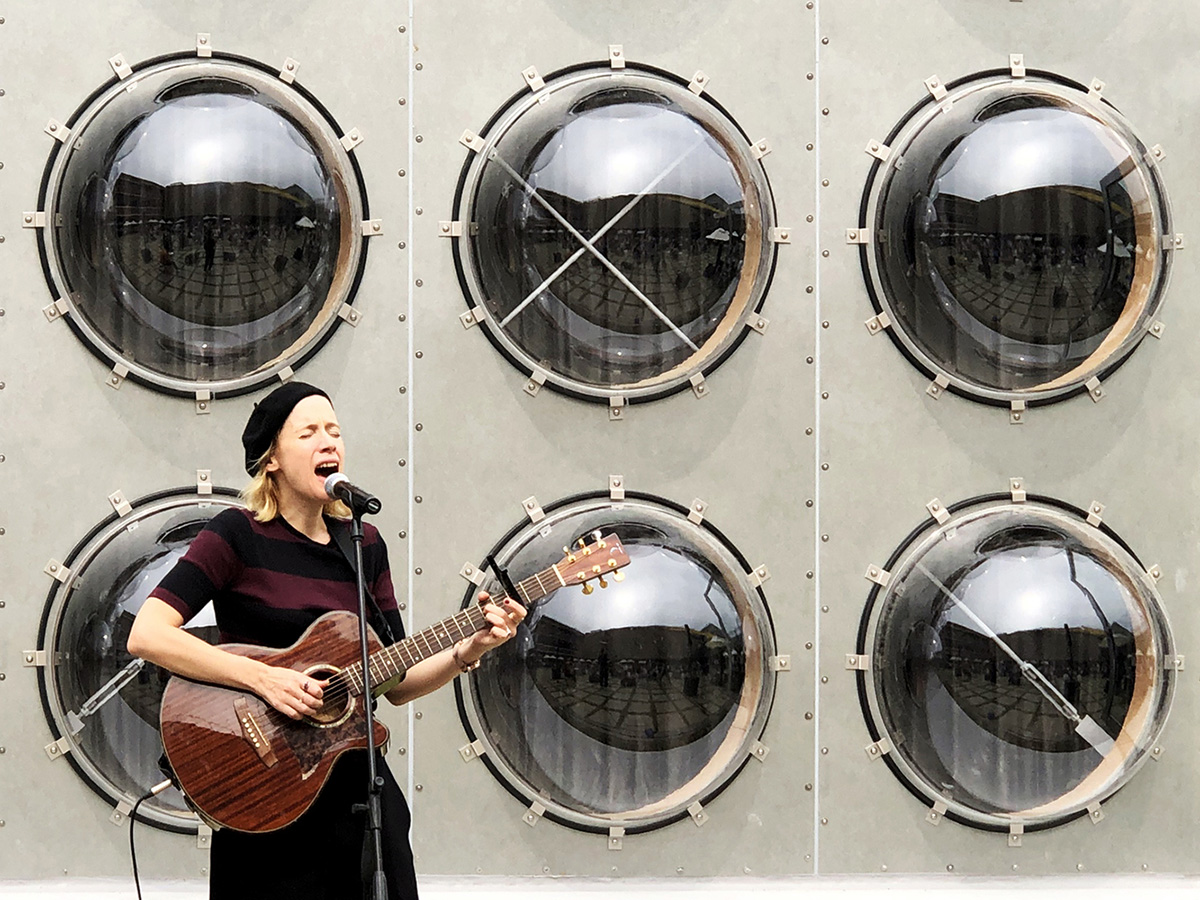 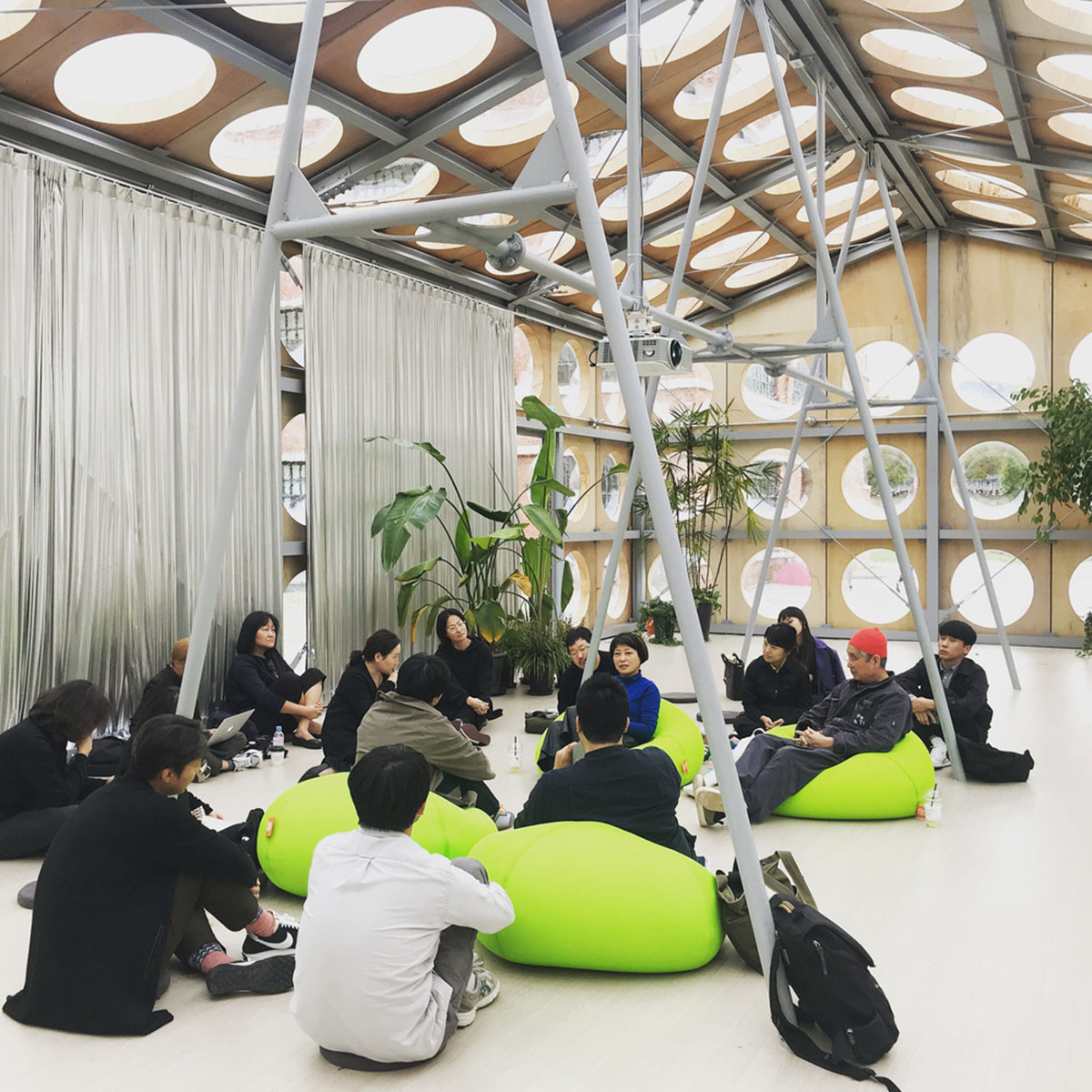 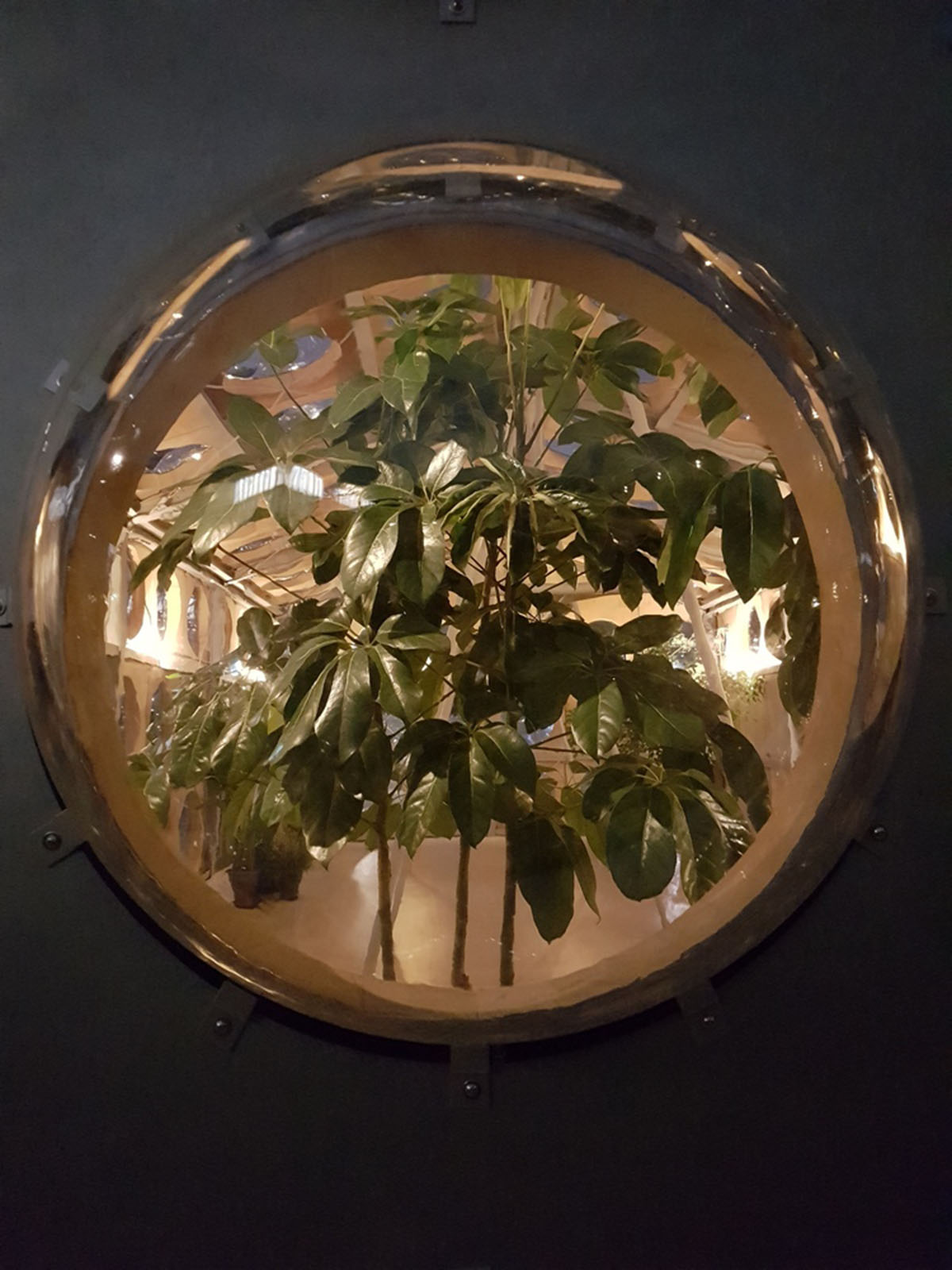 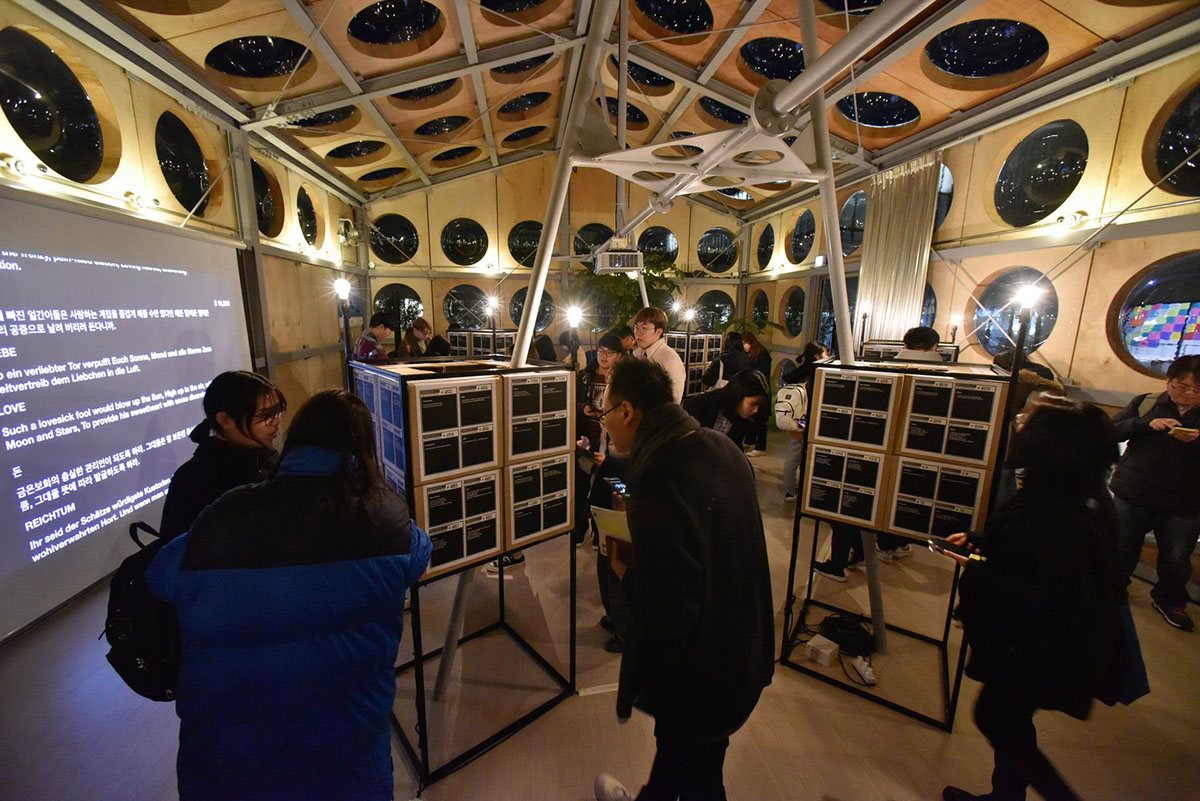 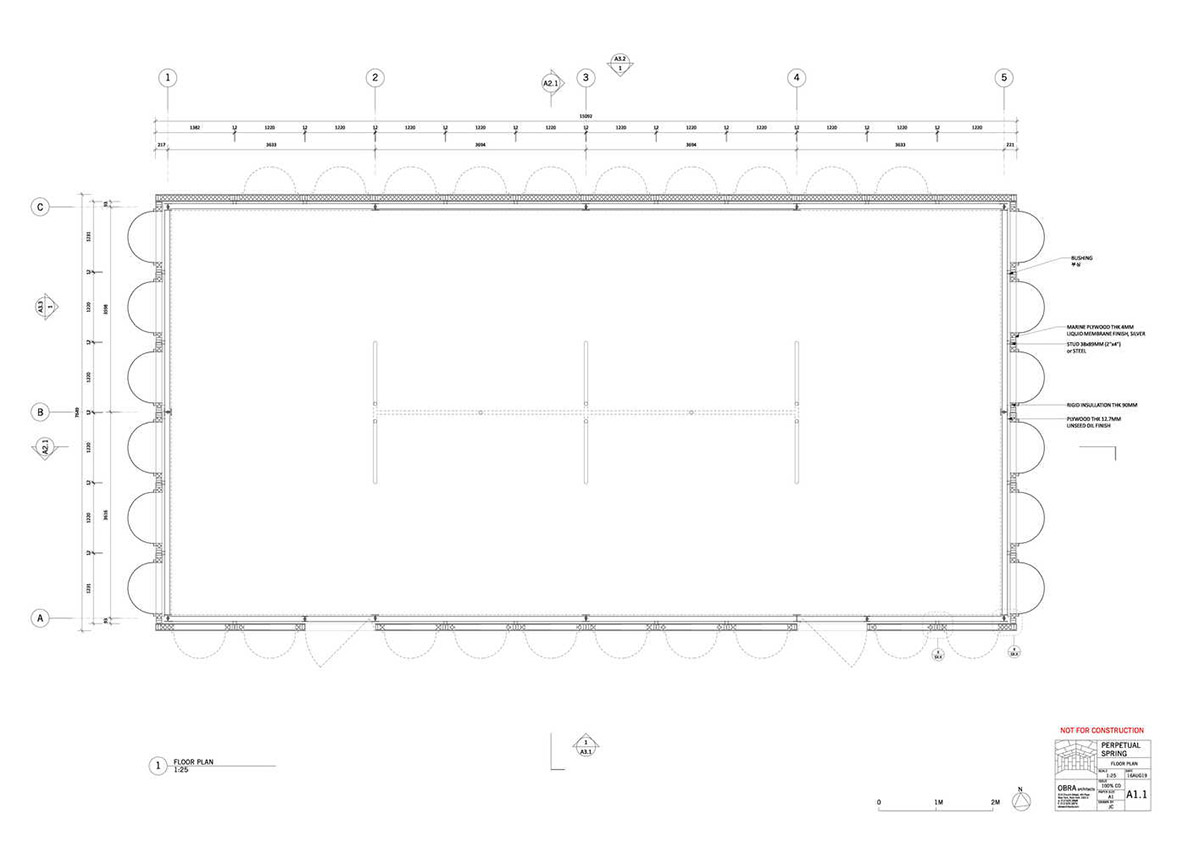 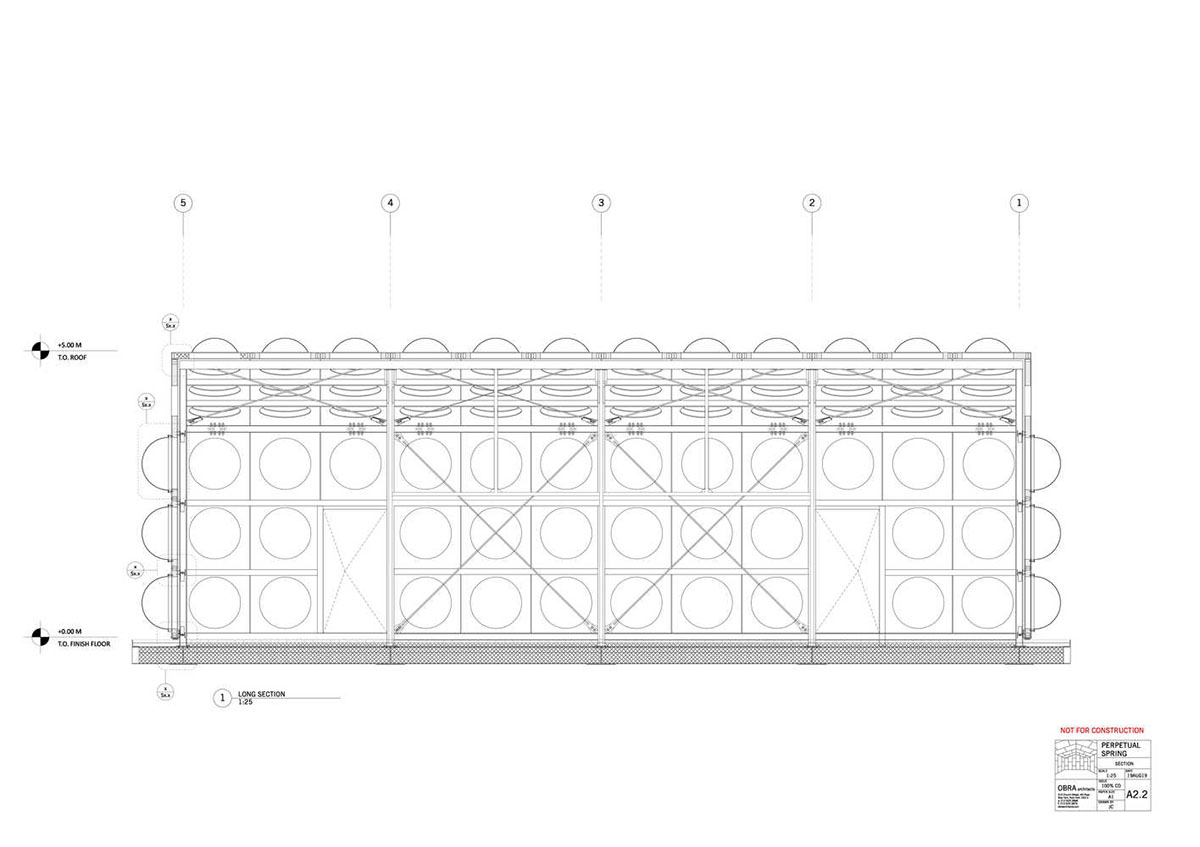 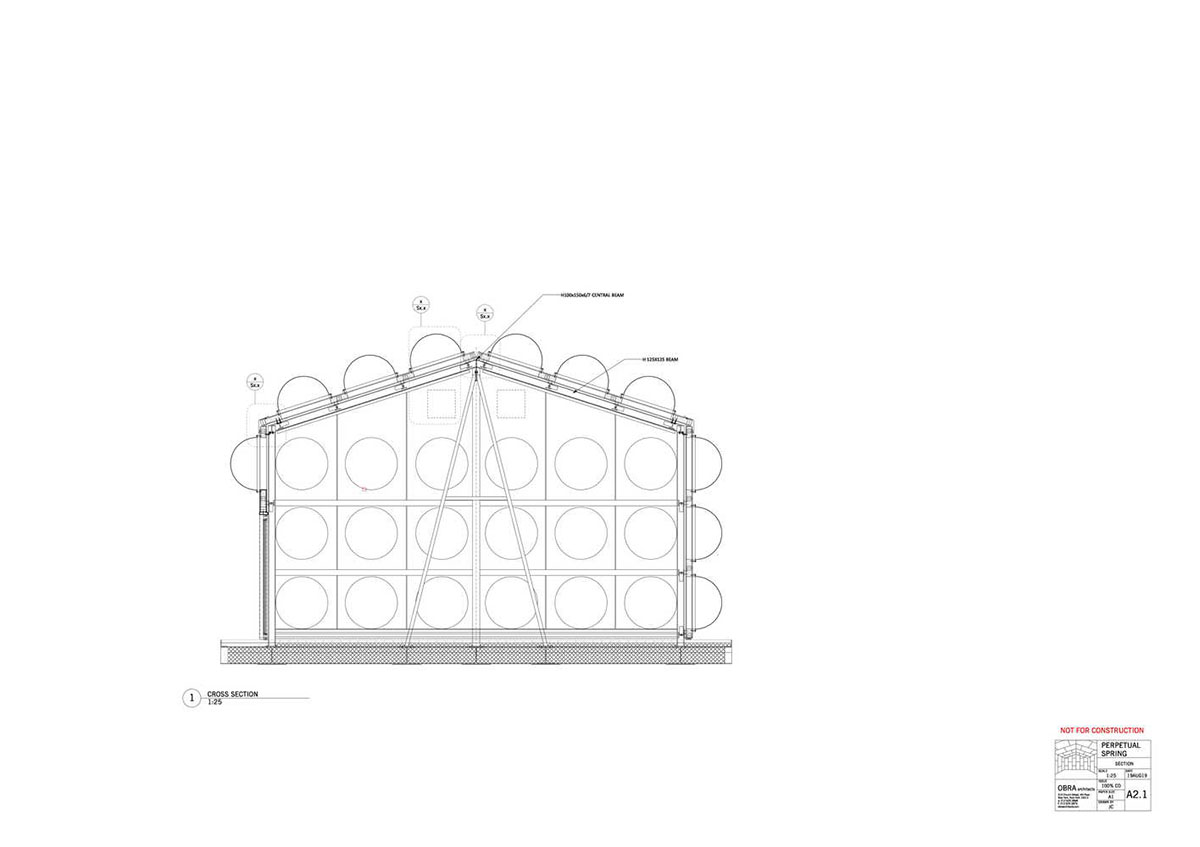 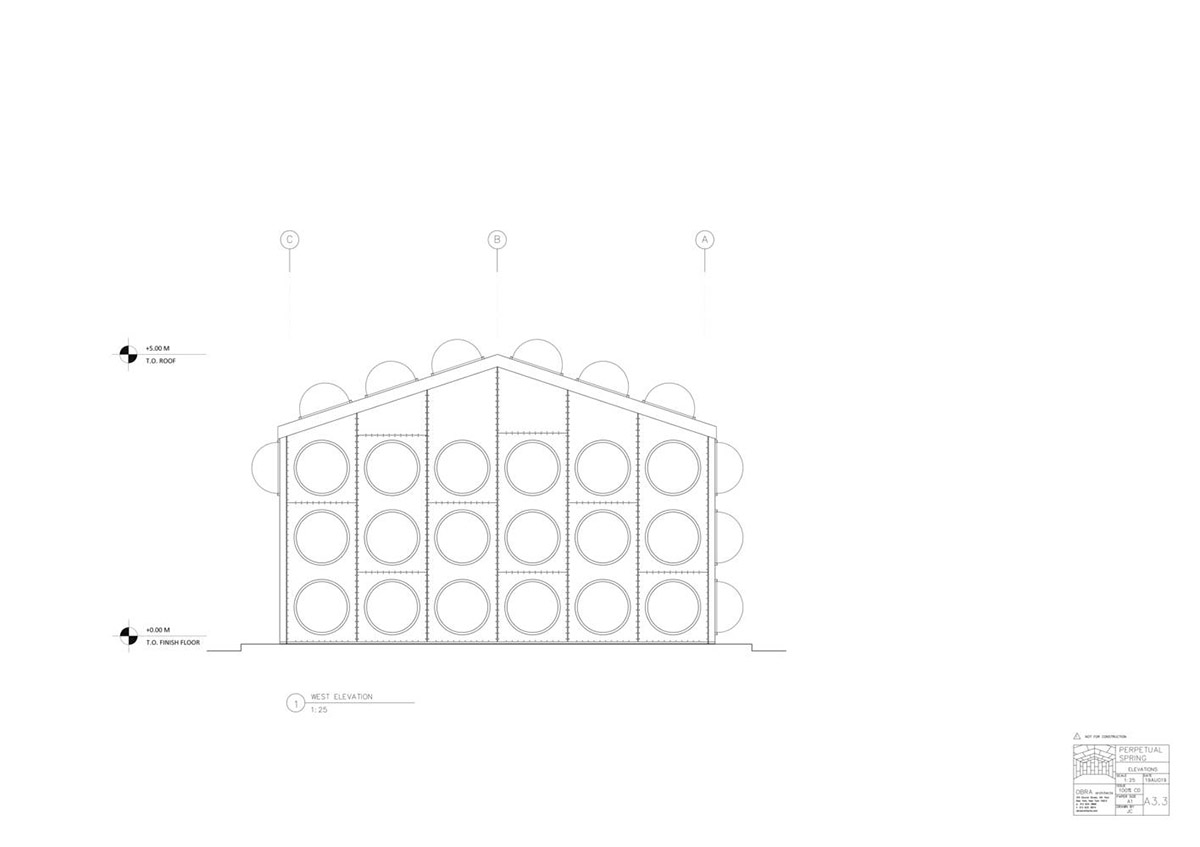 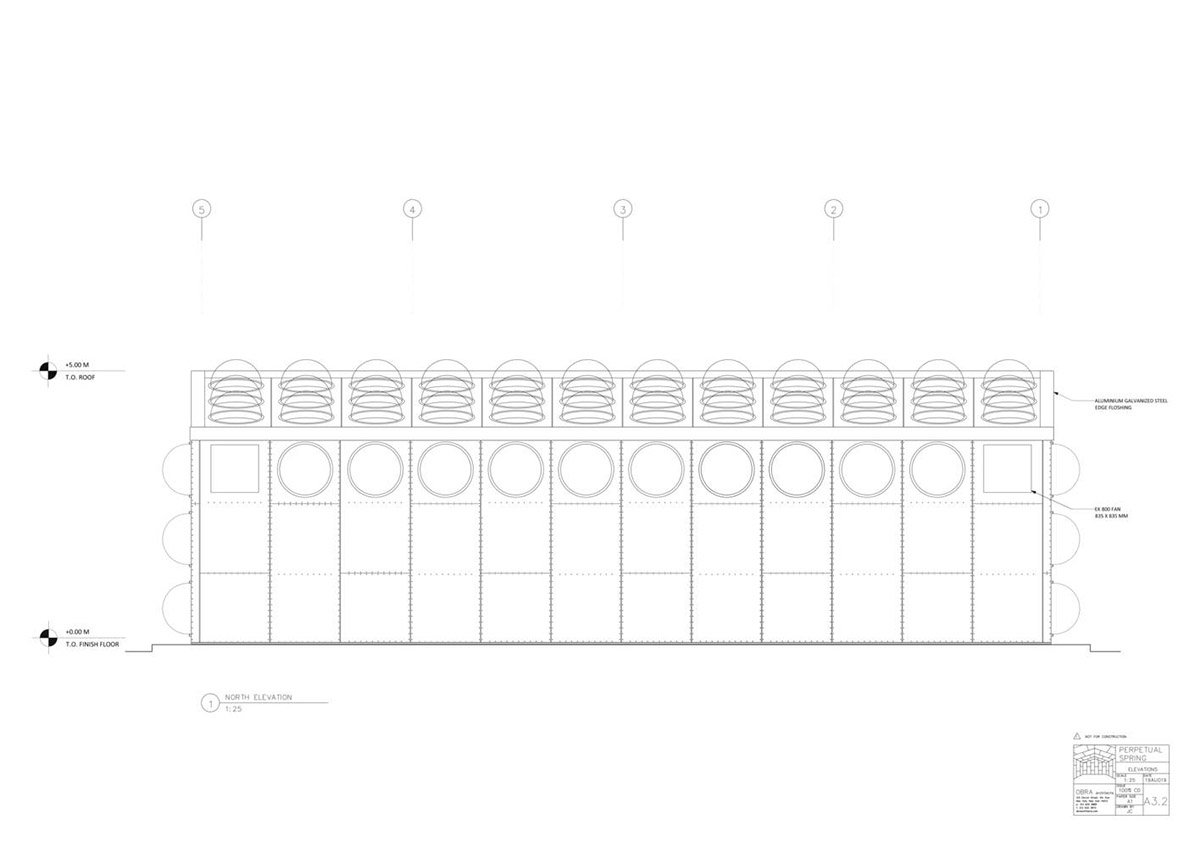 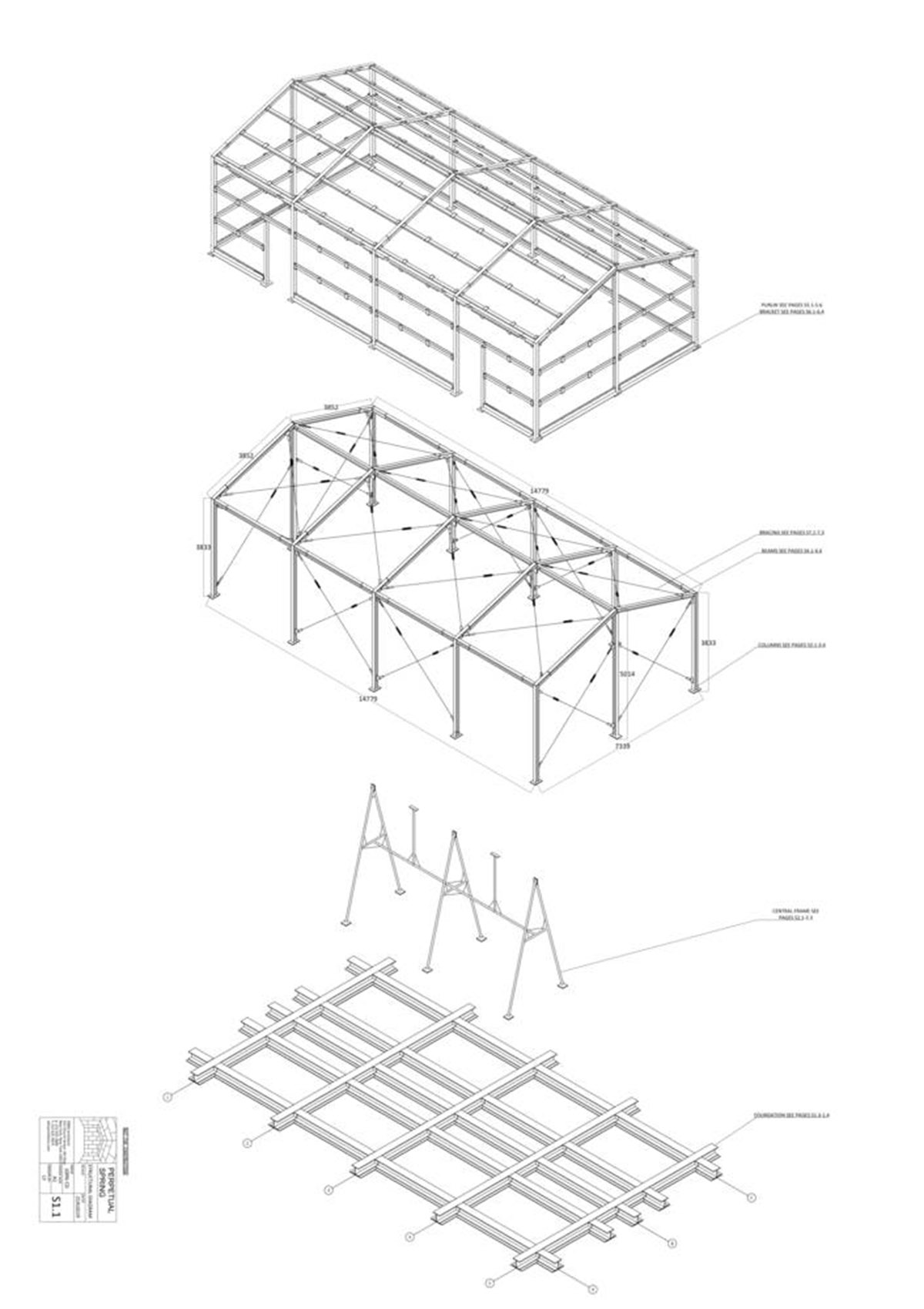 All images courtesy of OBRA Architects